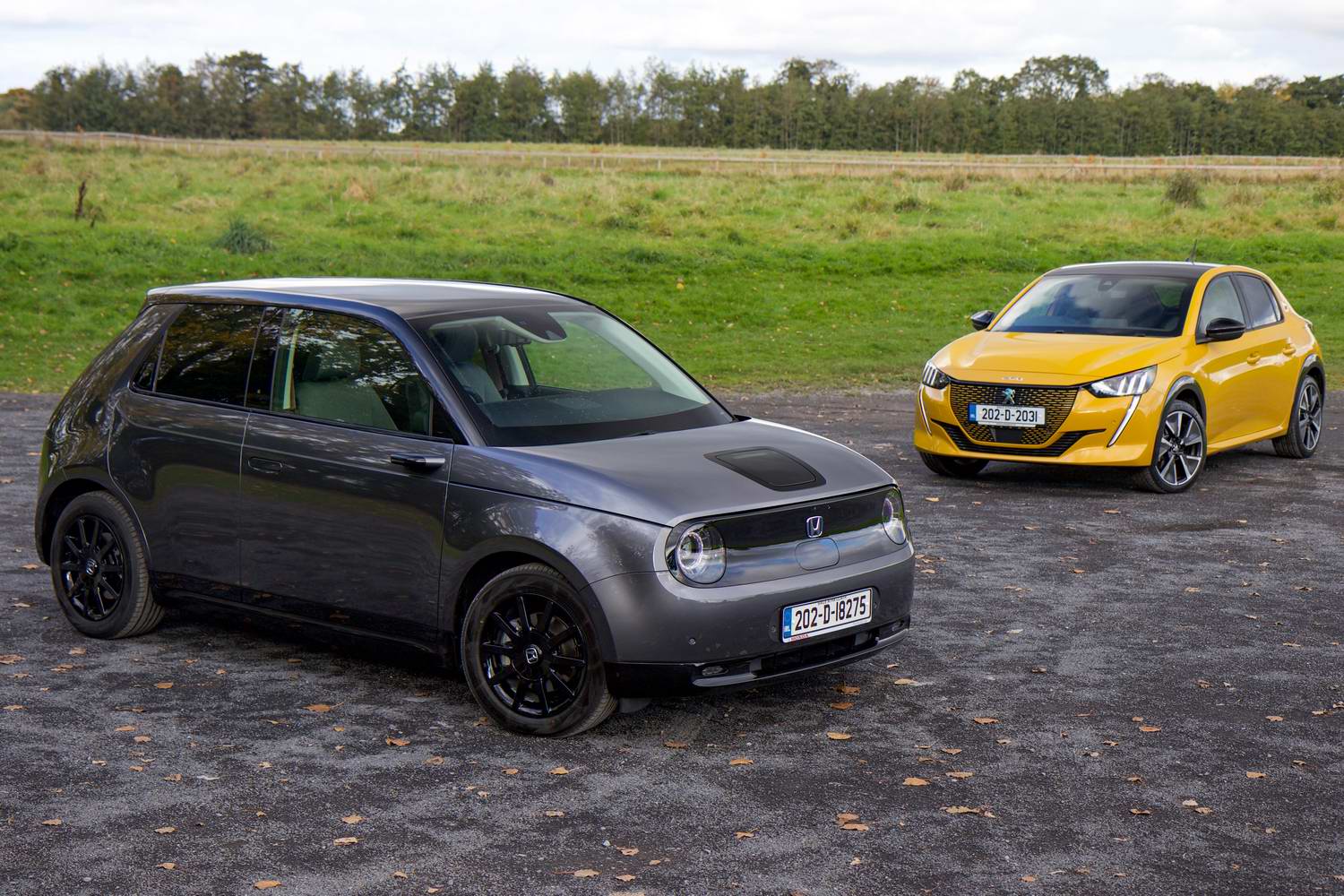 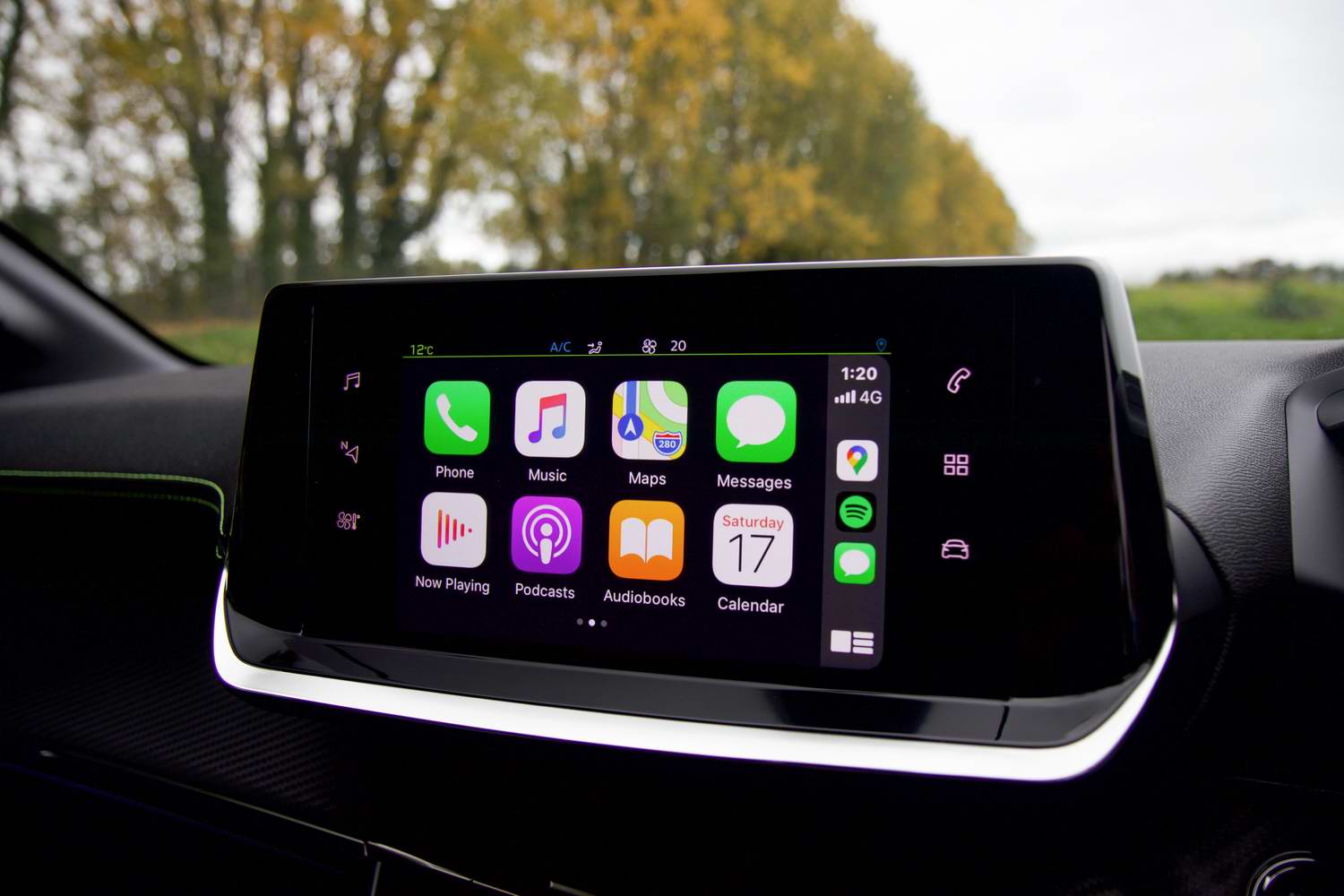 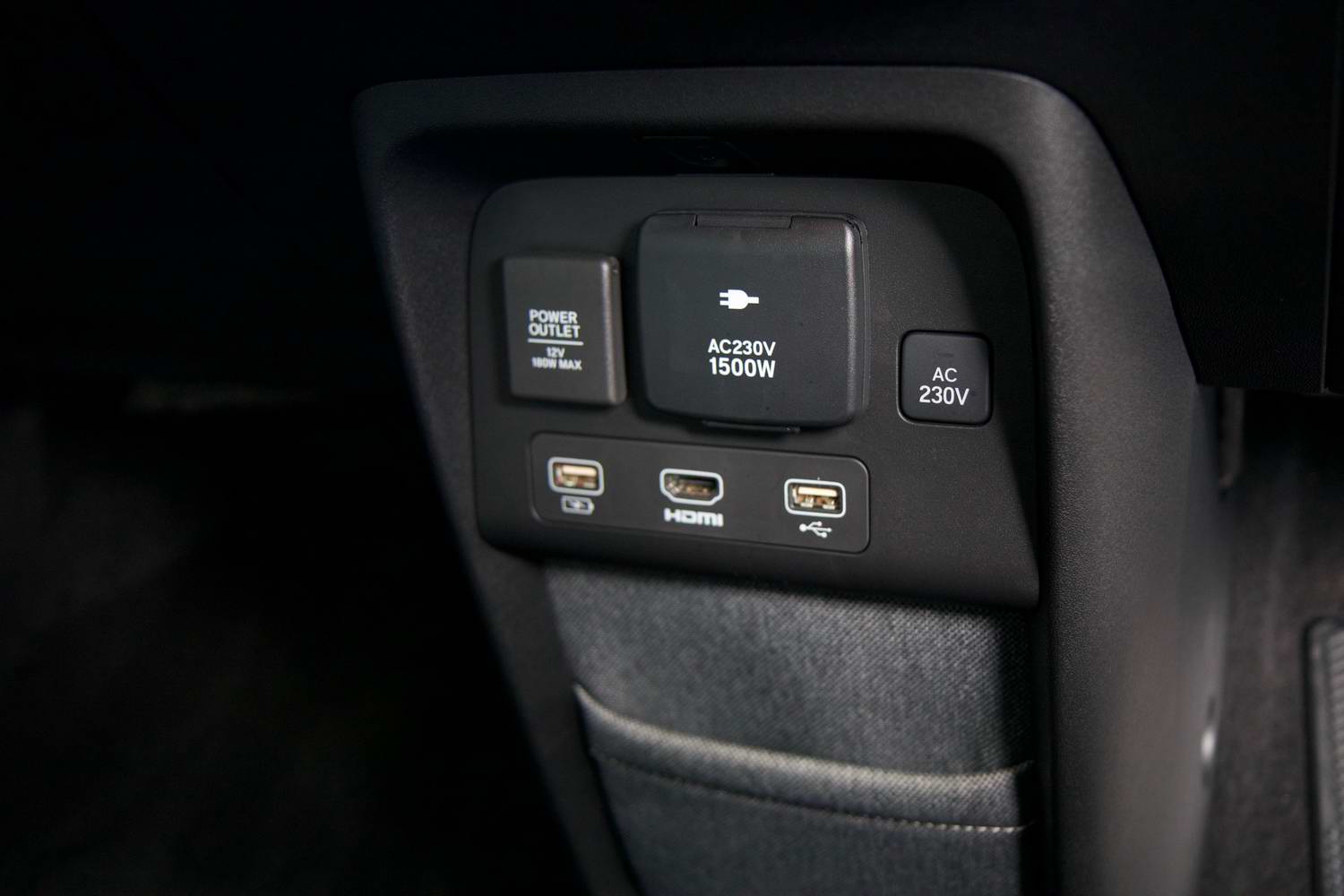 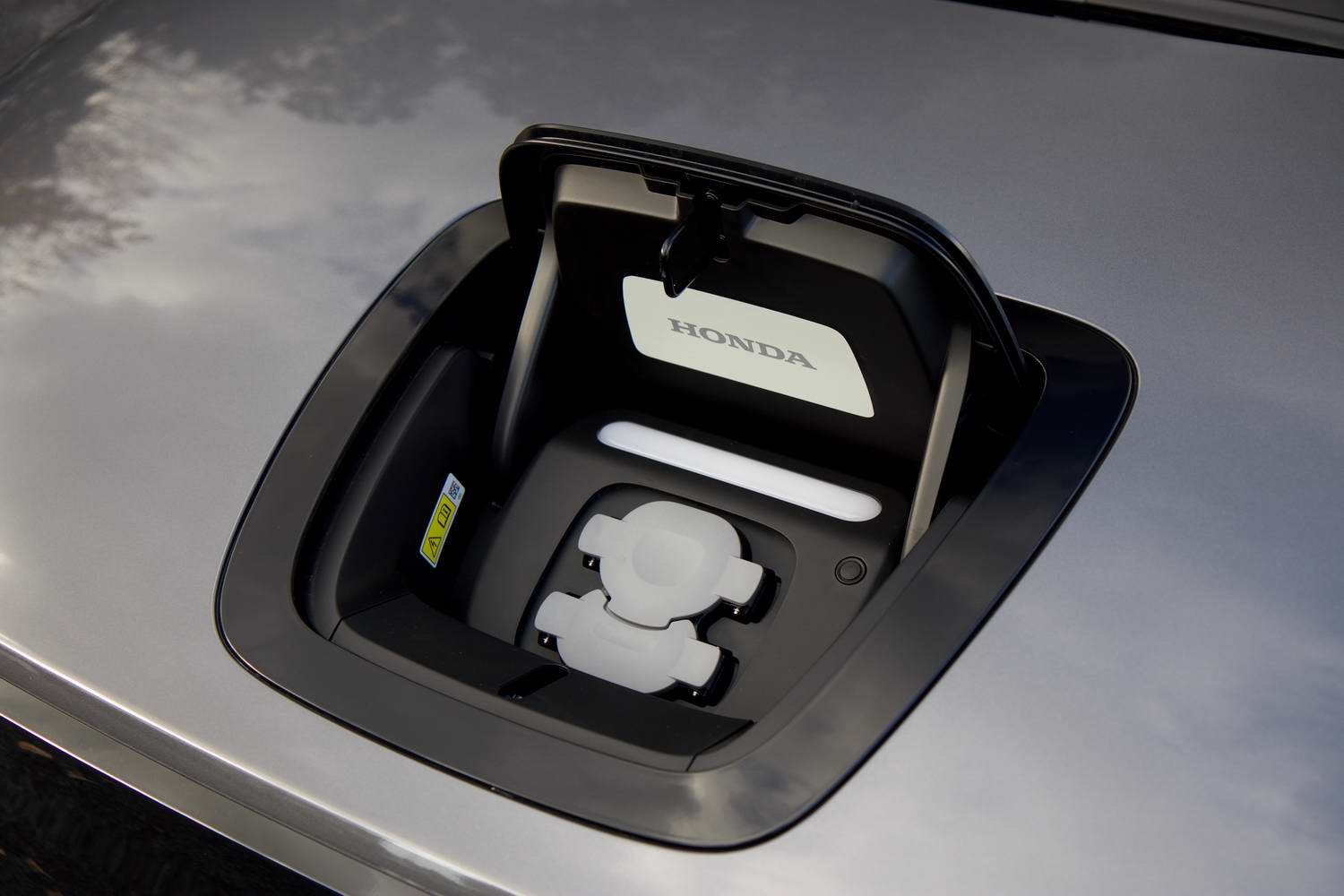 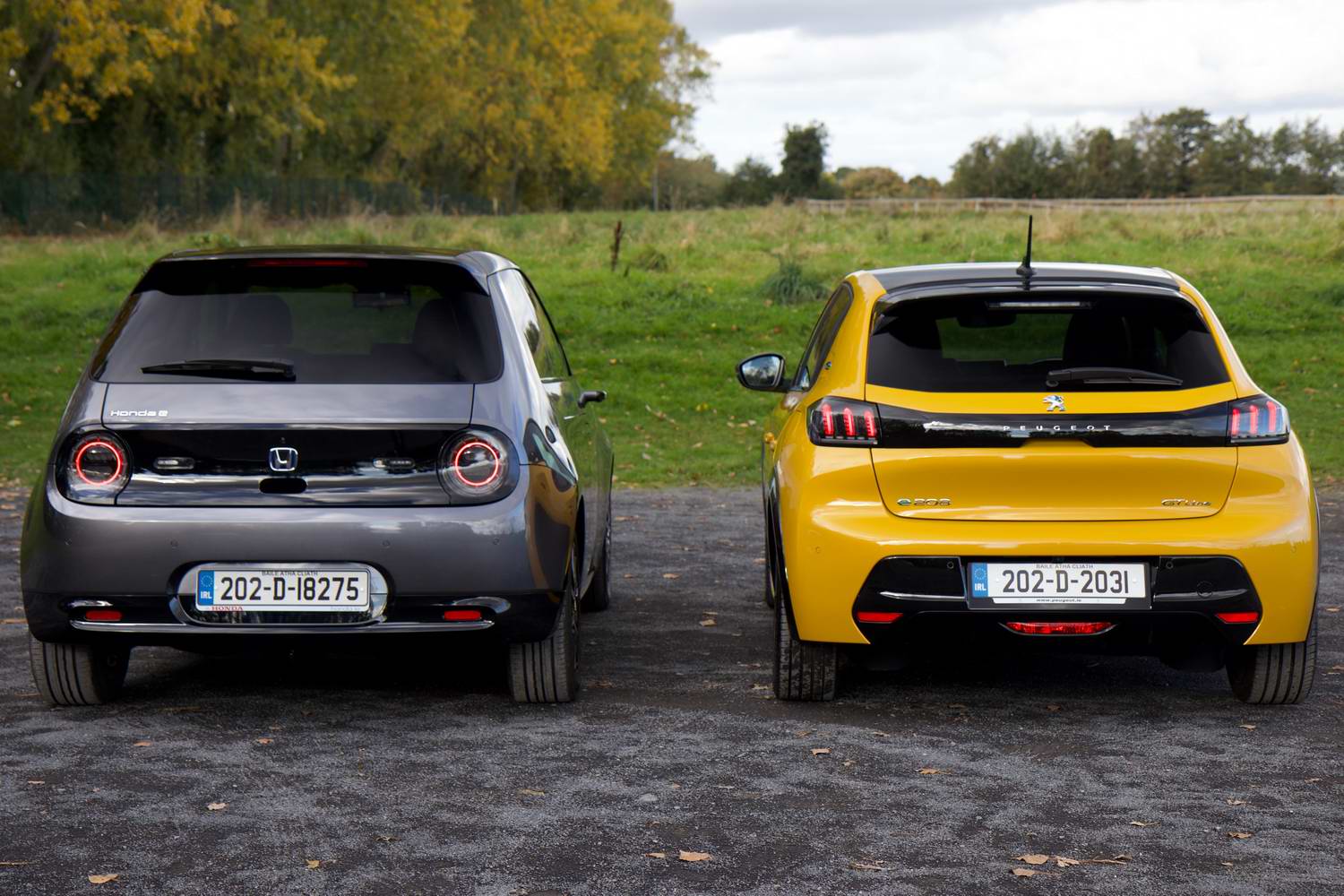 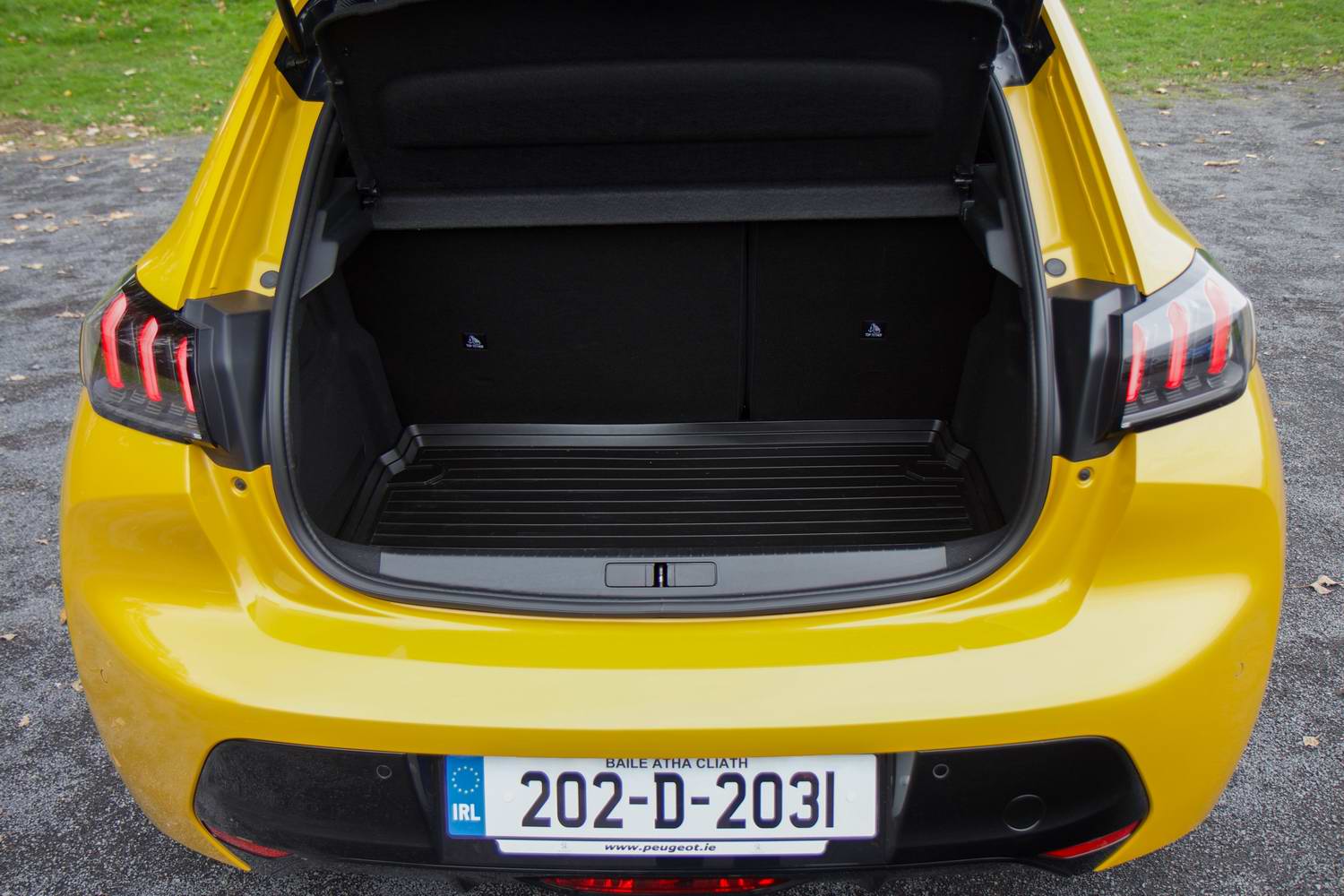 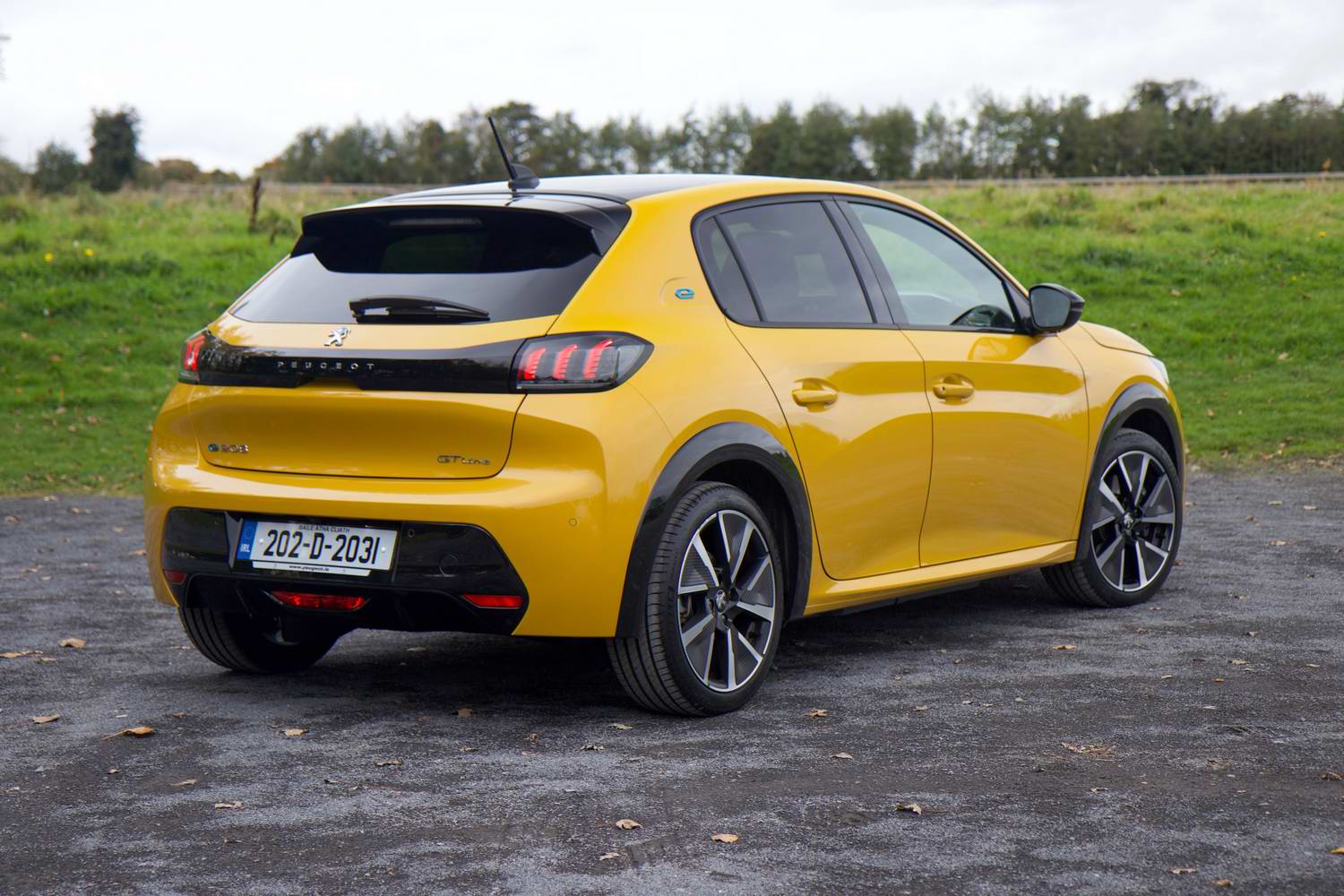 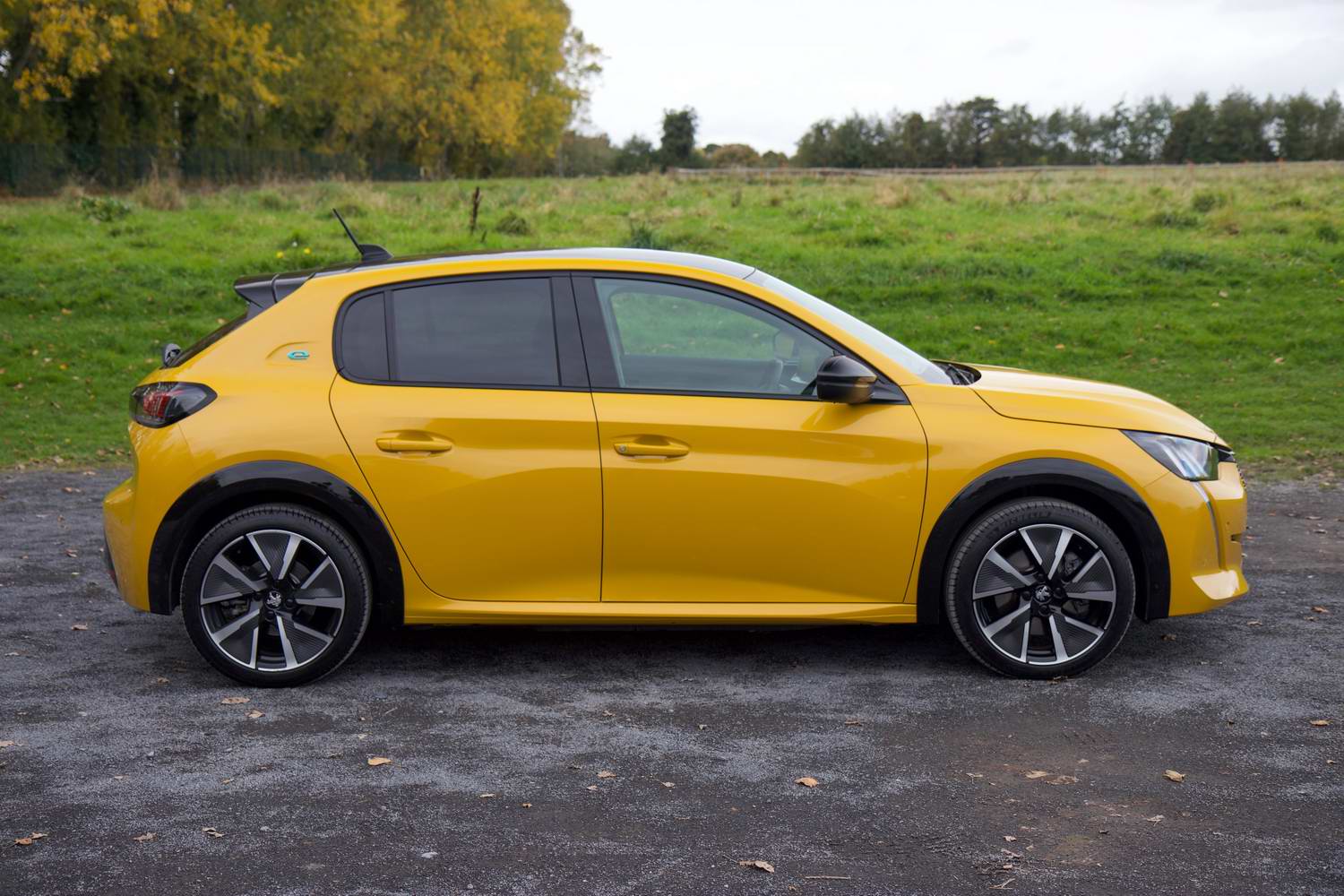 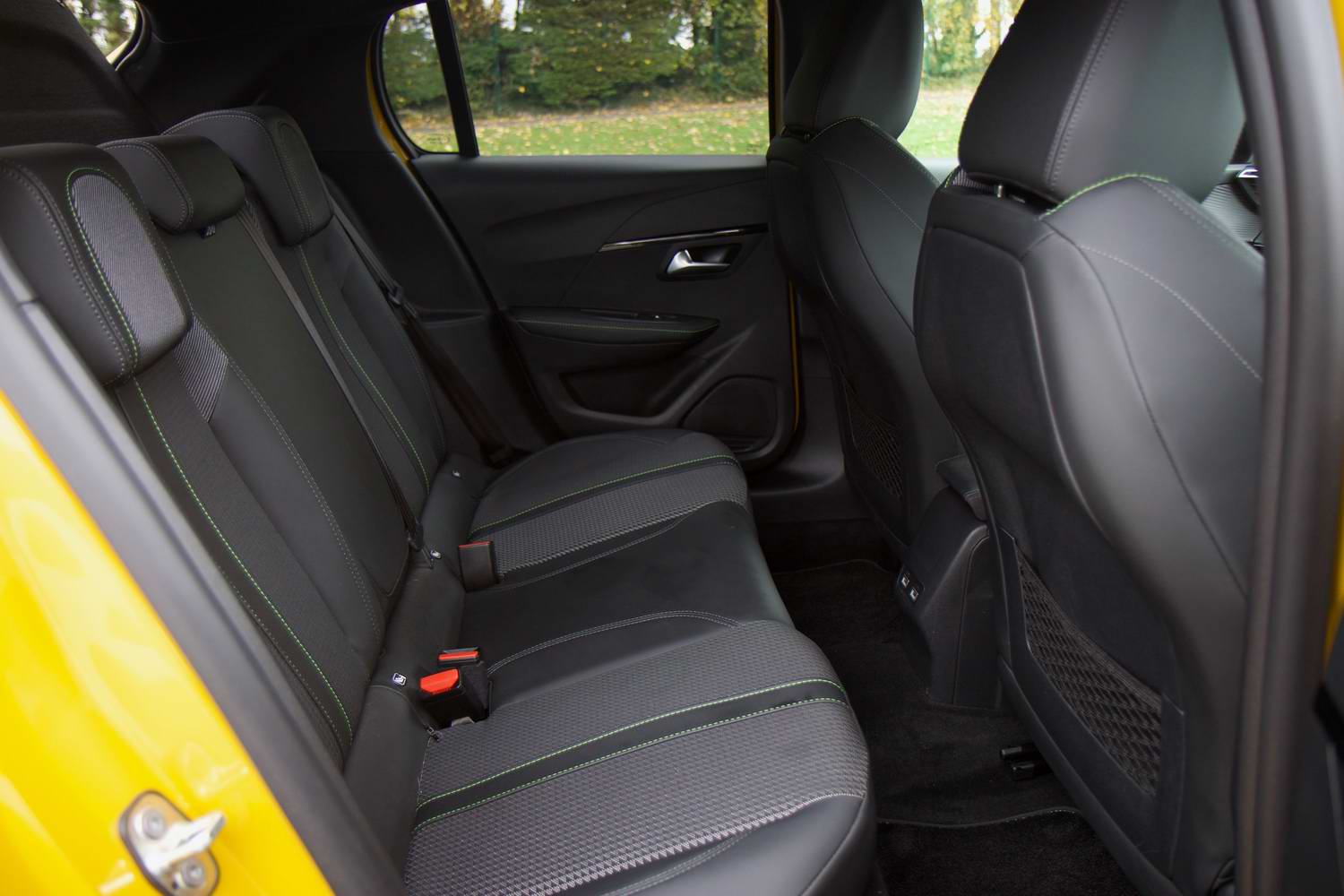 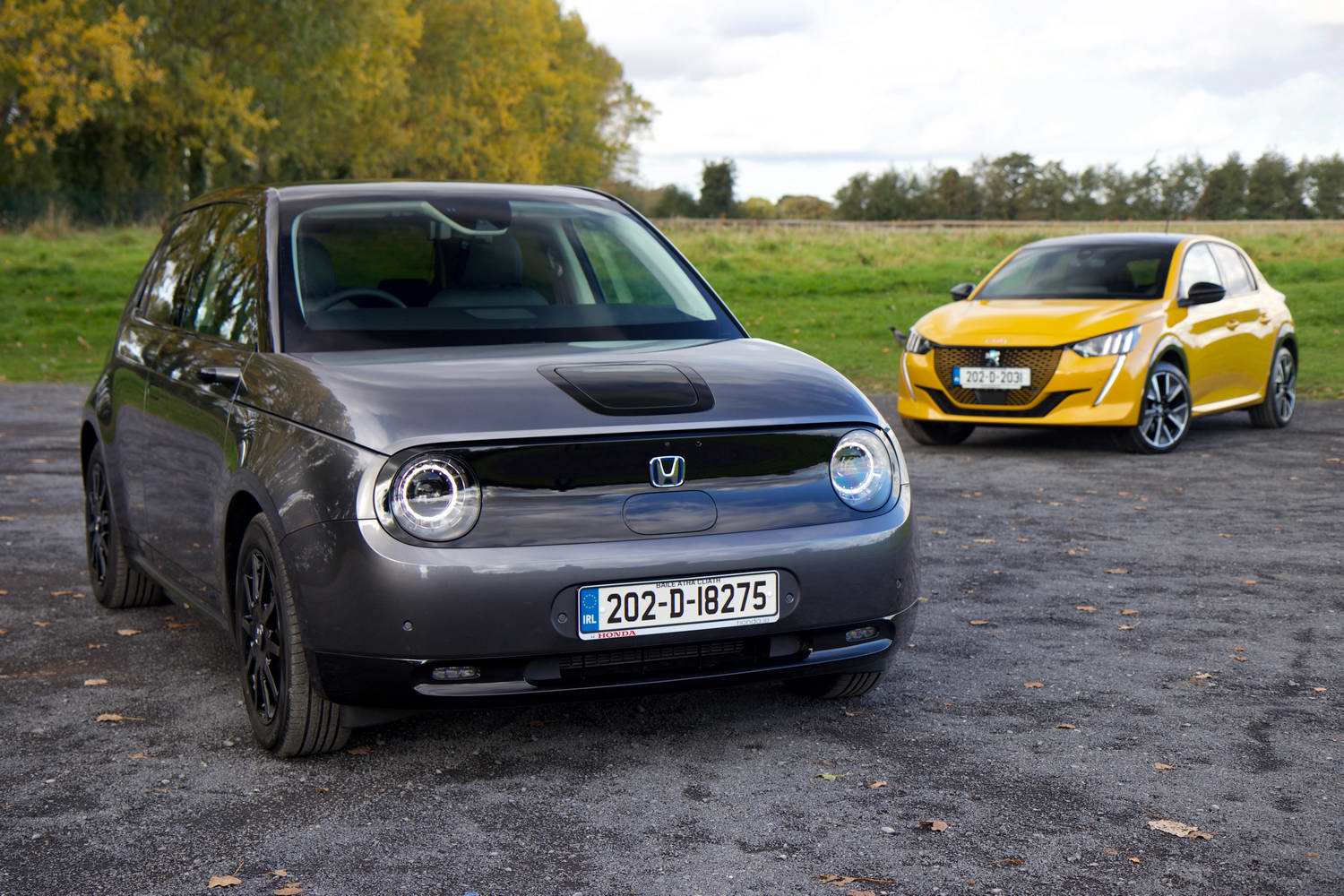 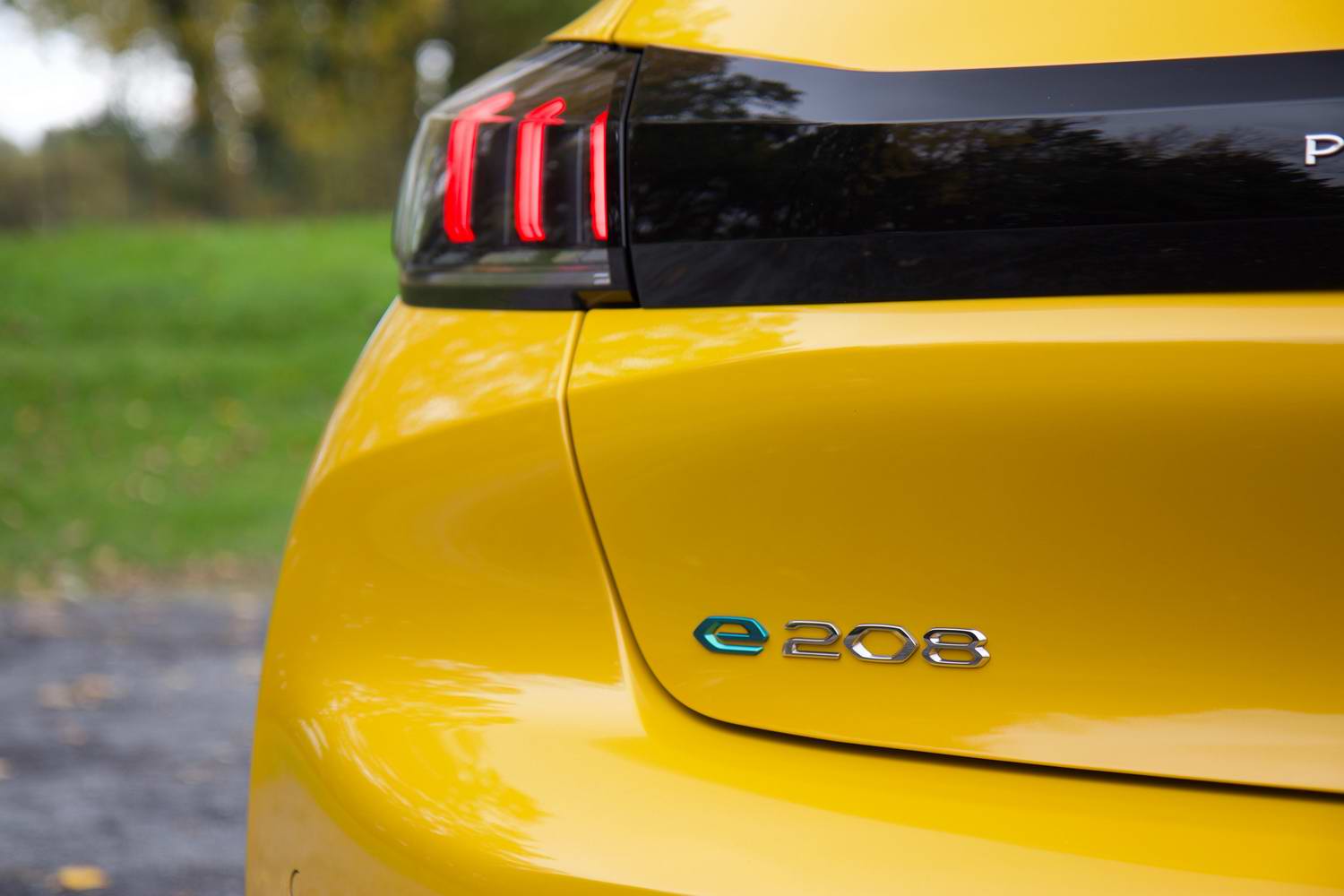 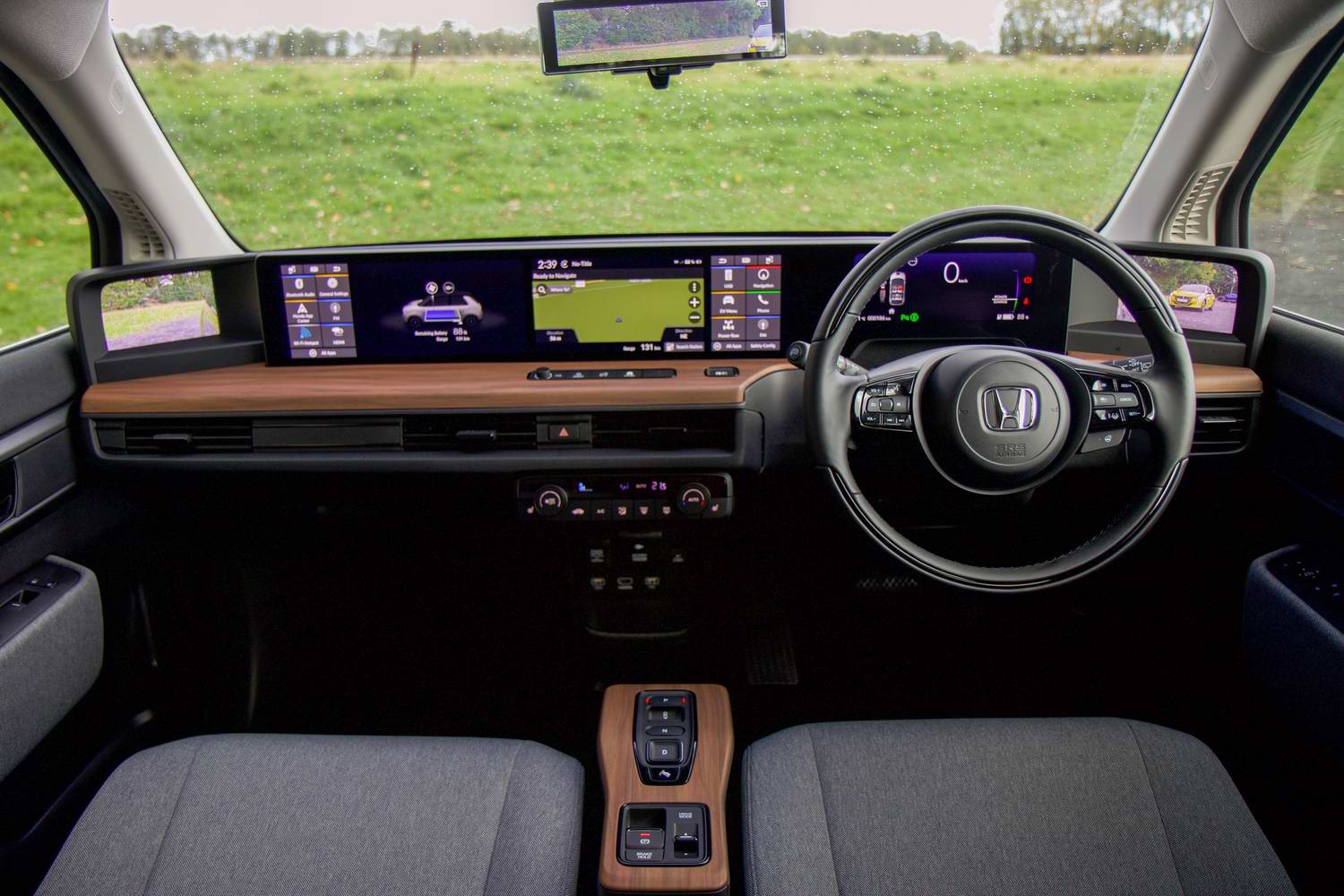 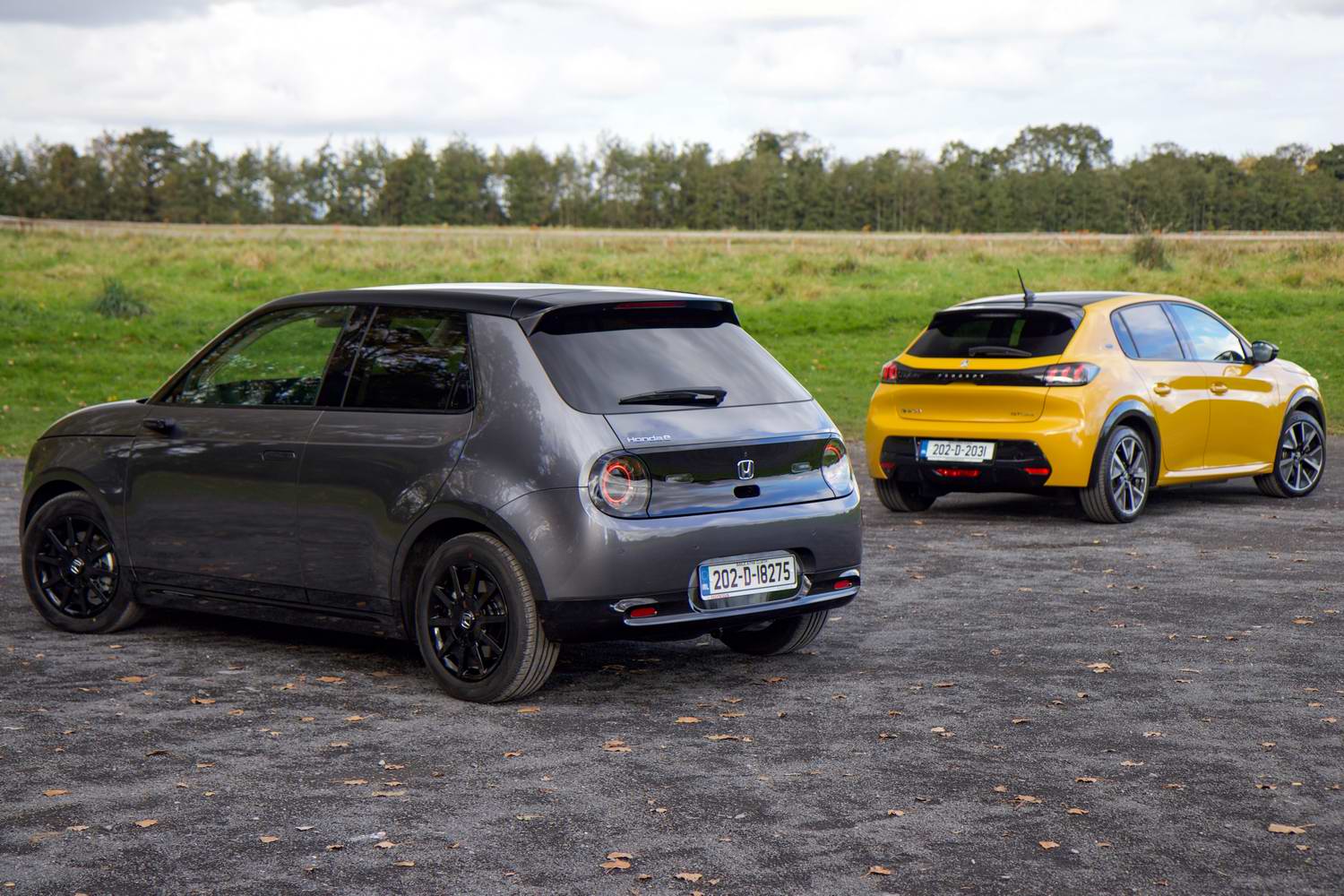 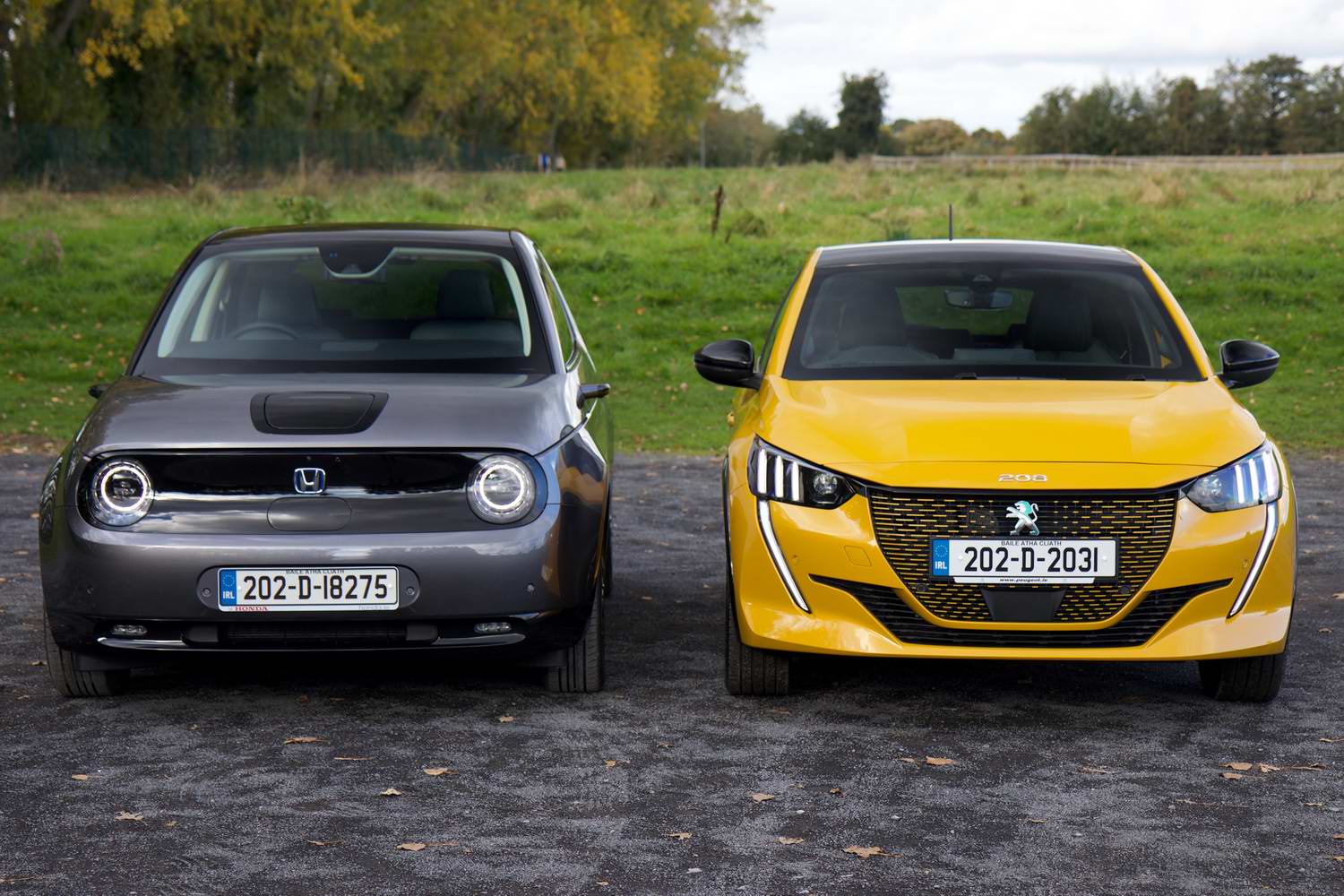 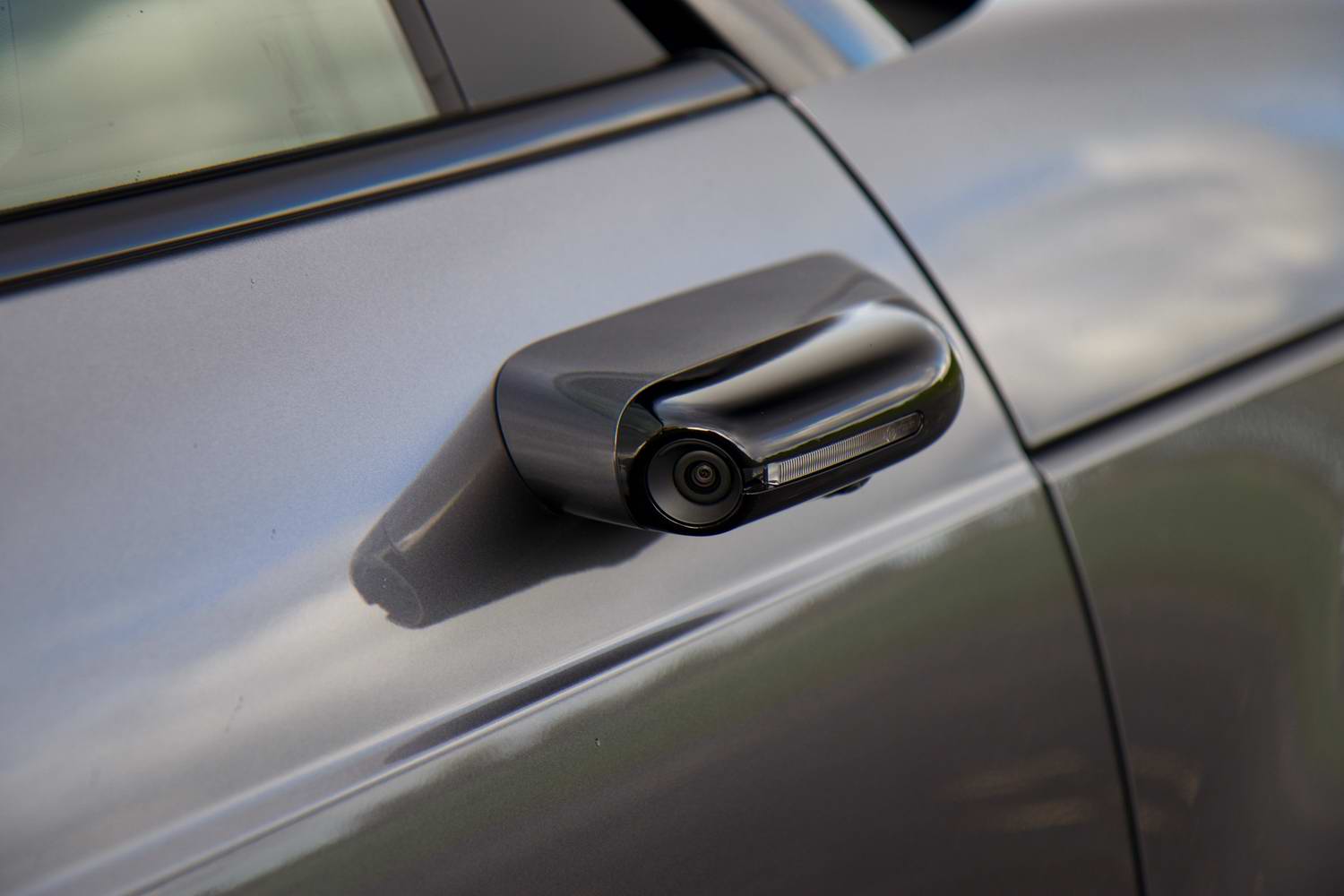 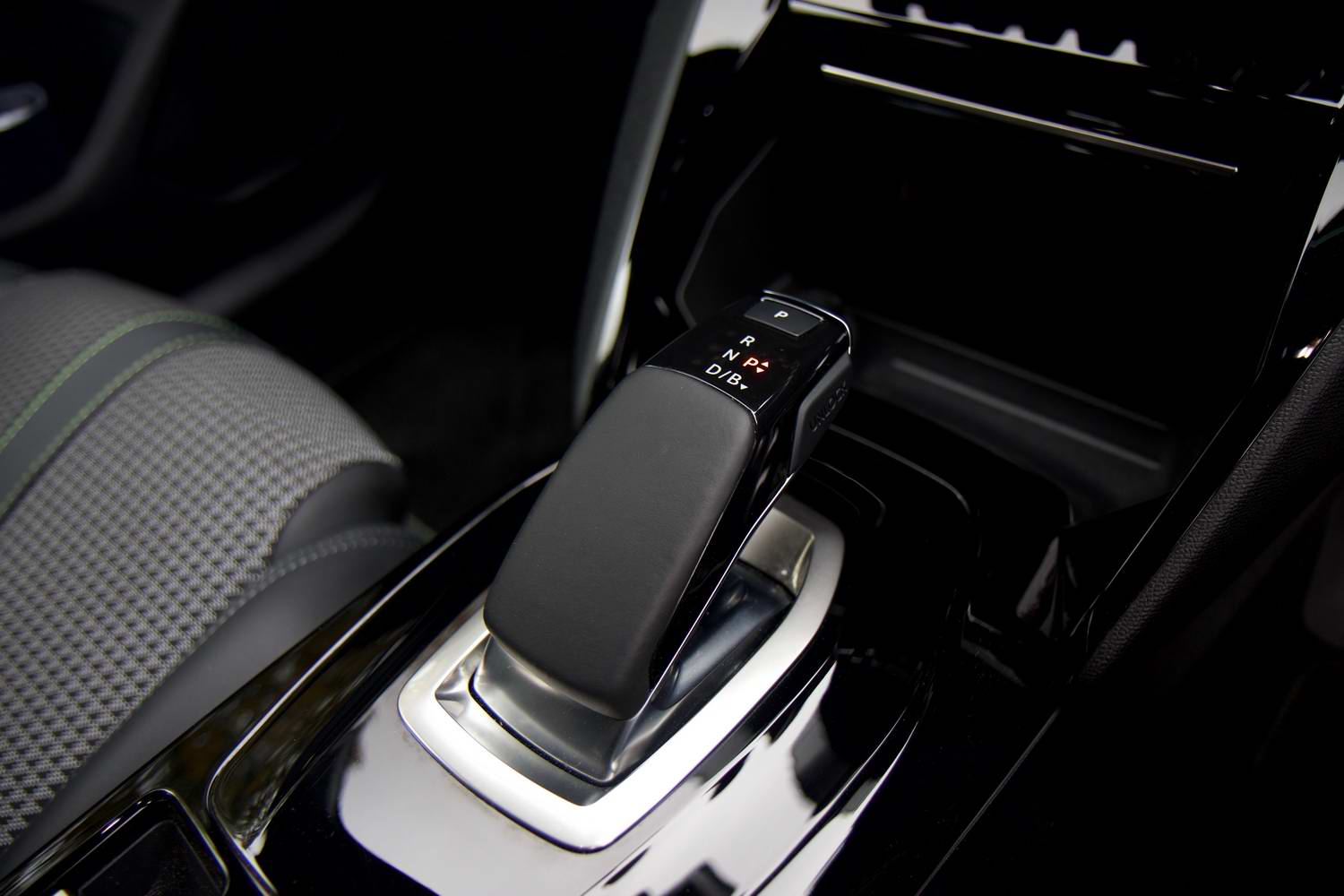 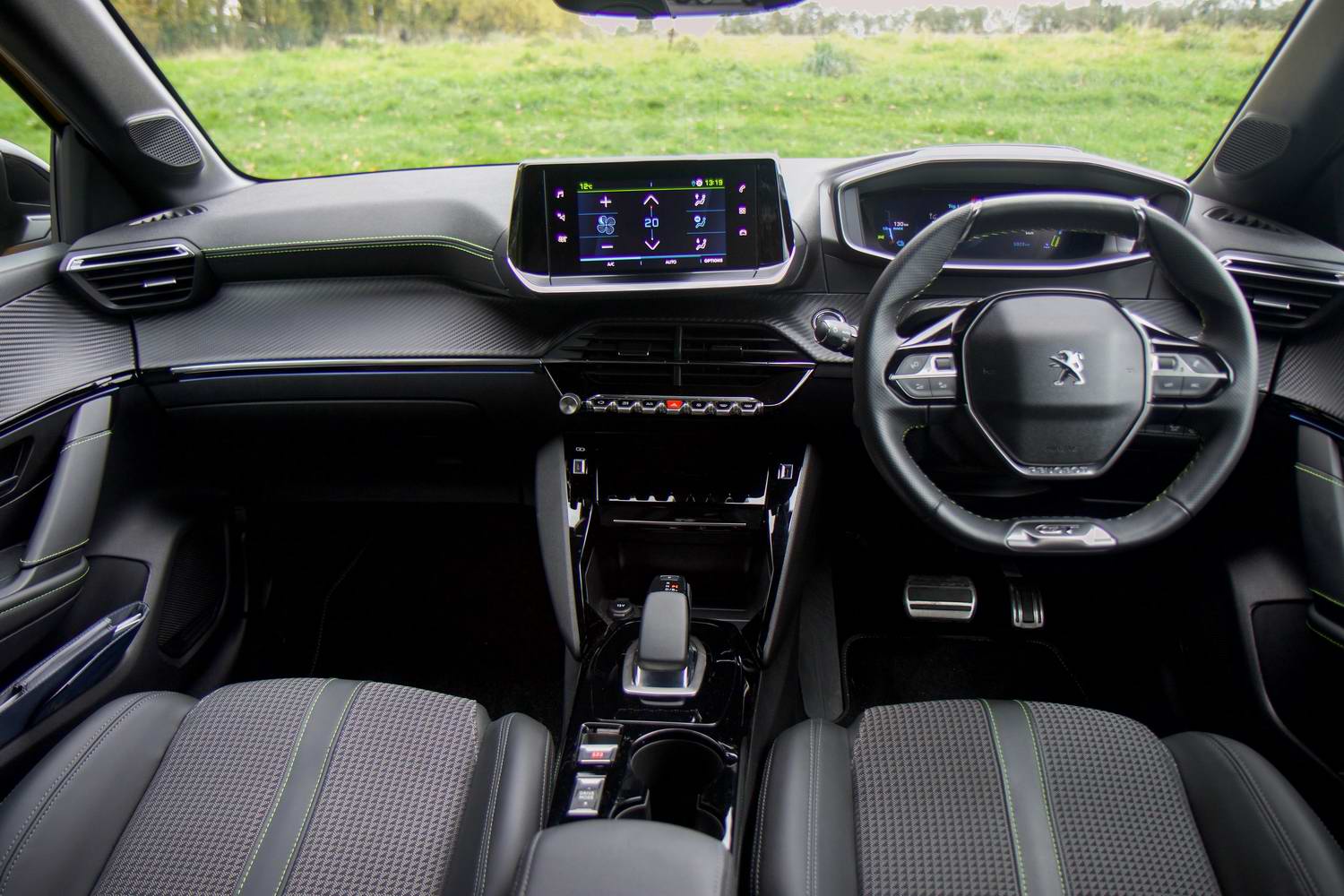 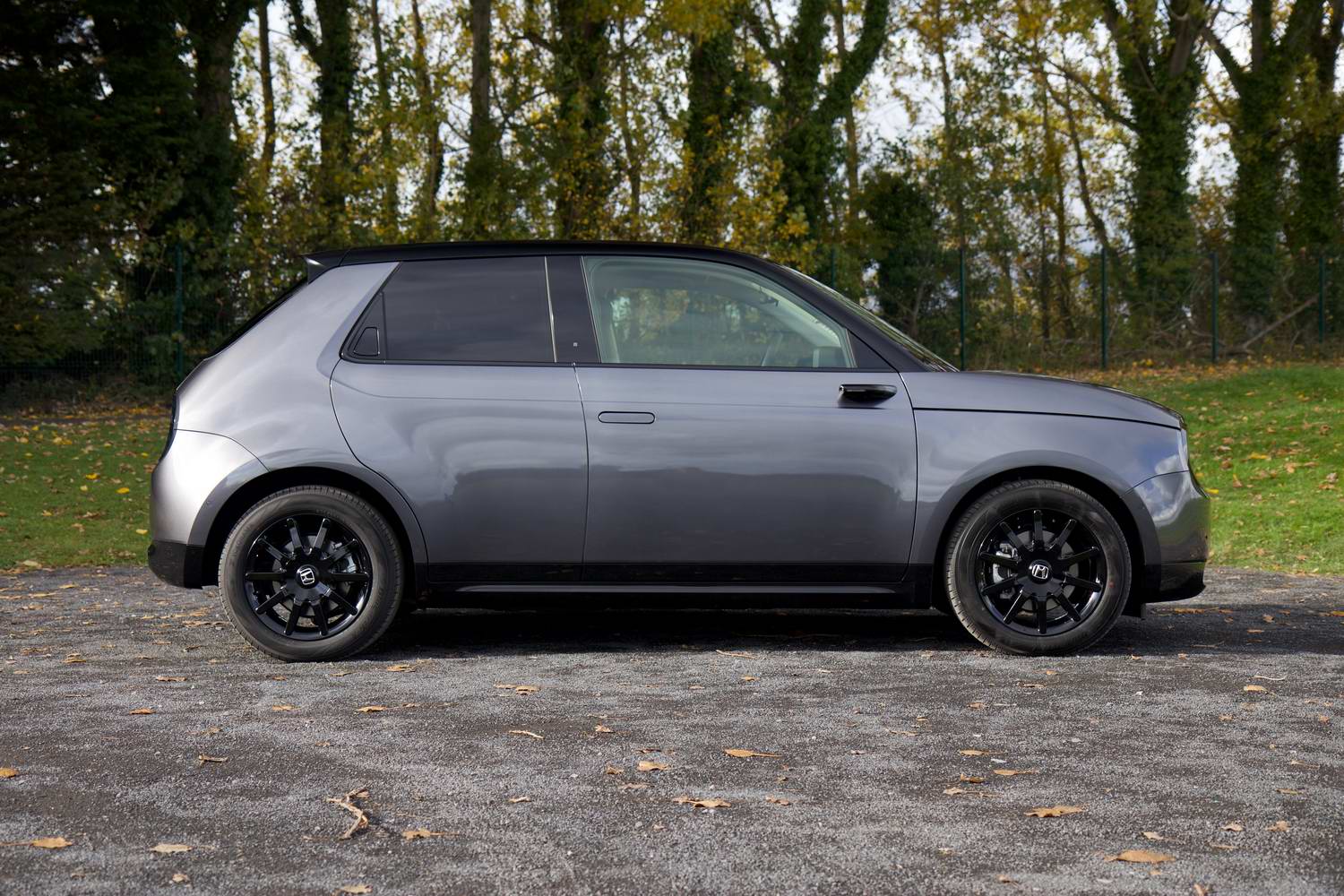 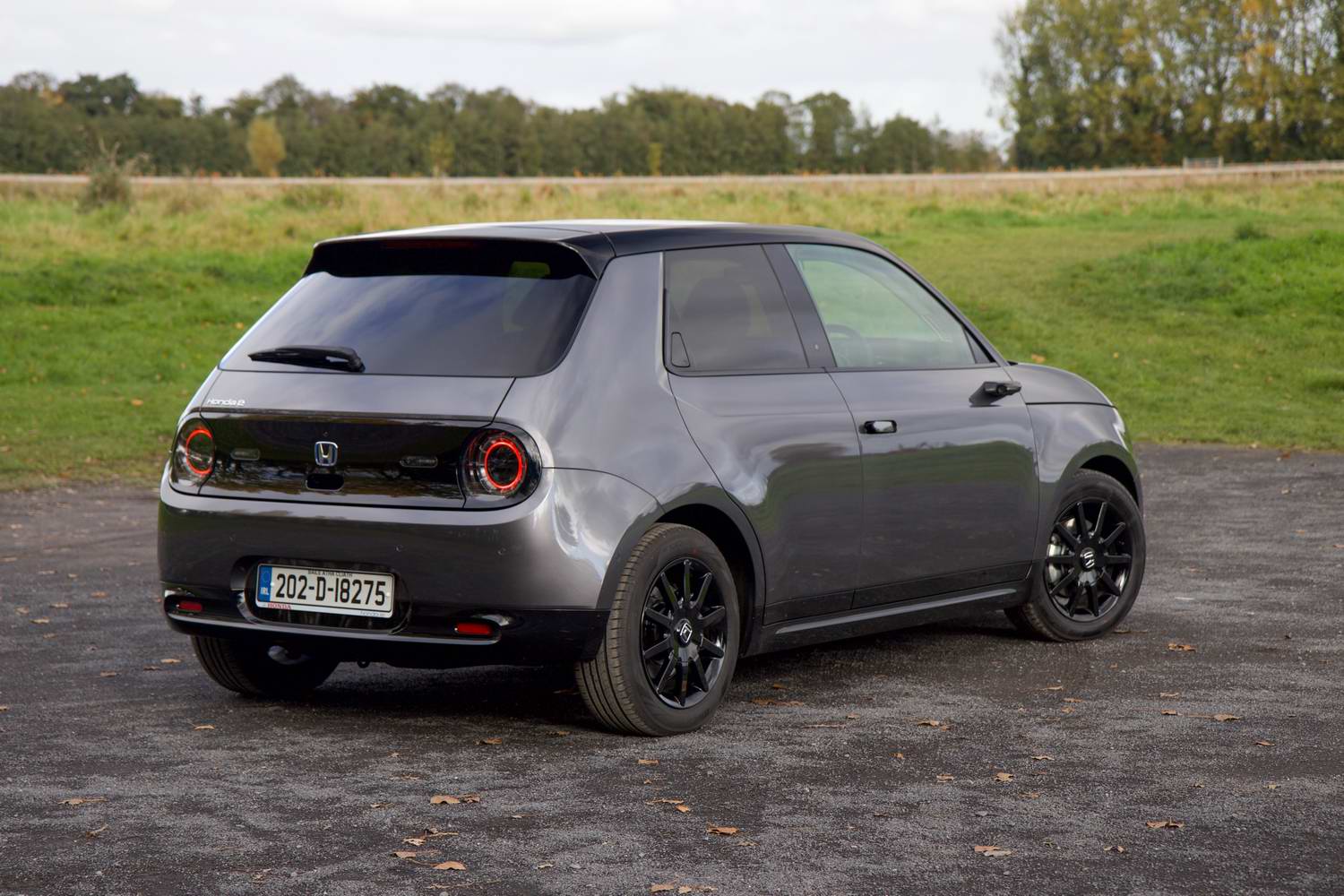 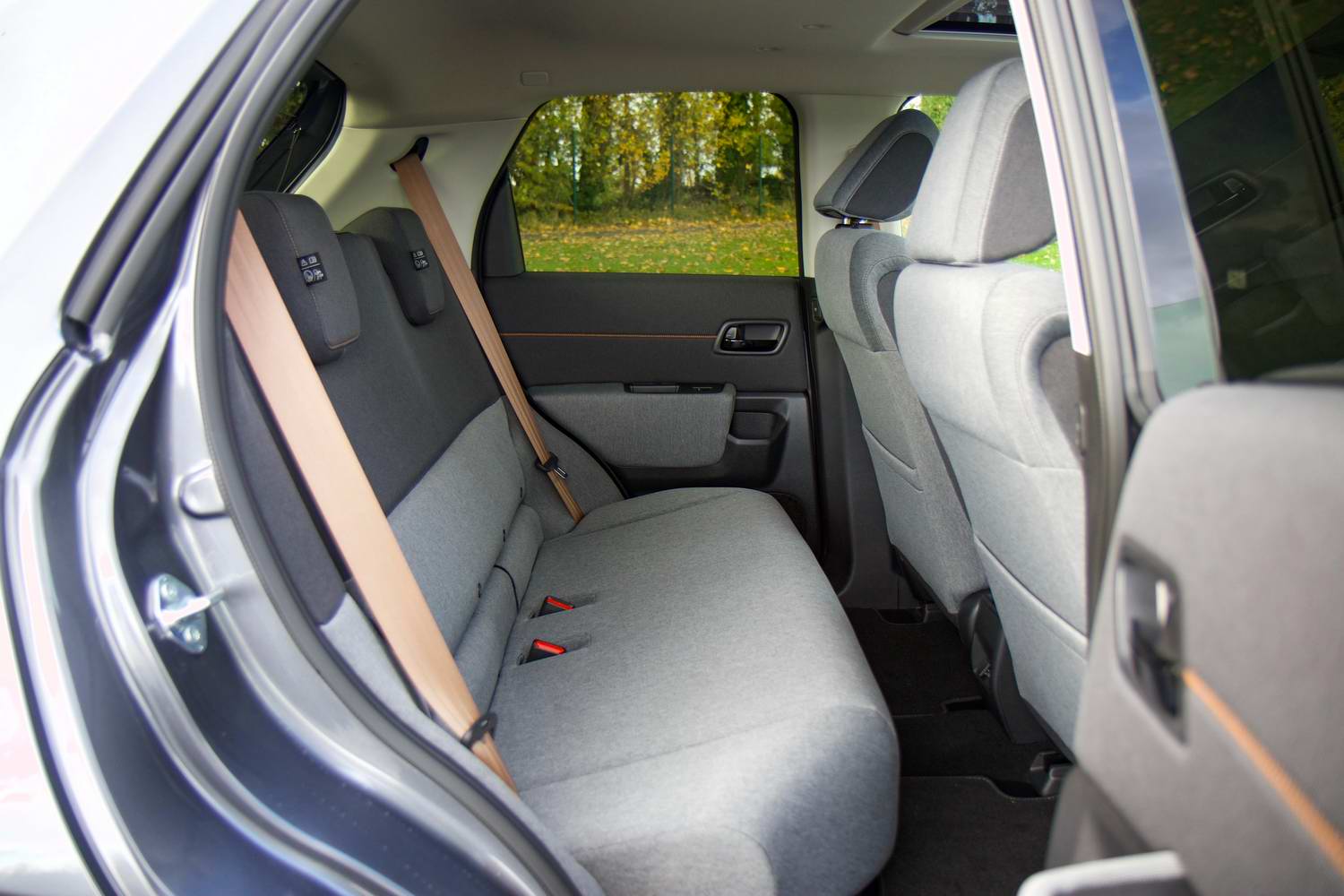 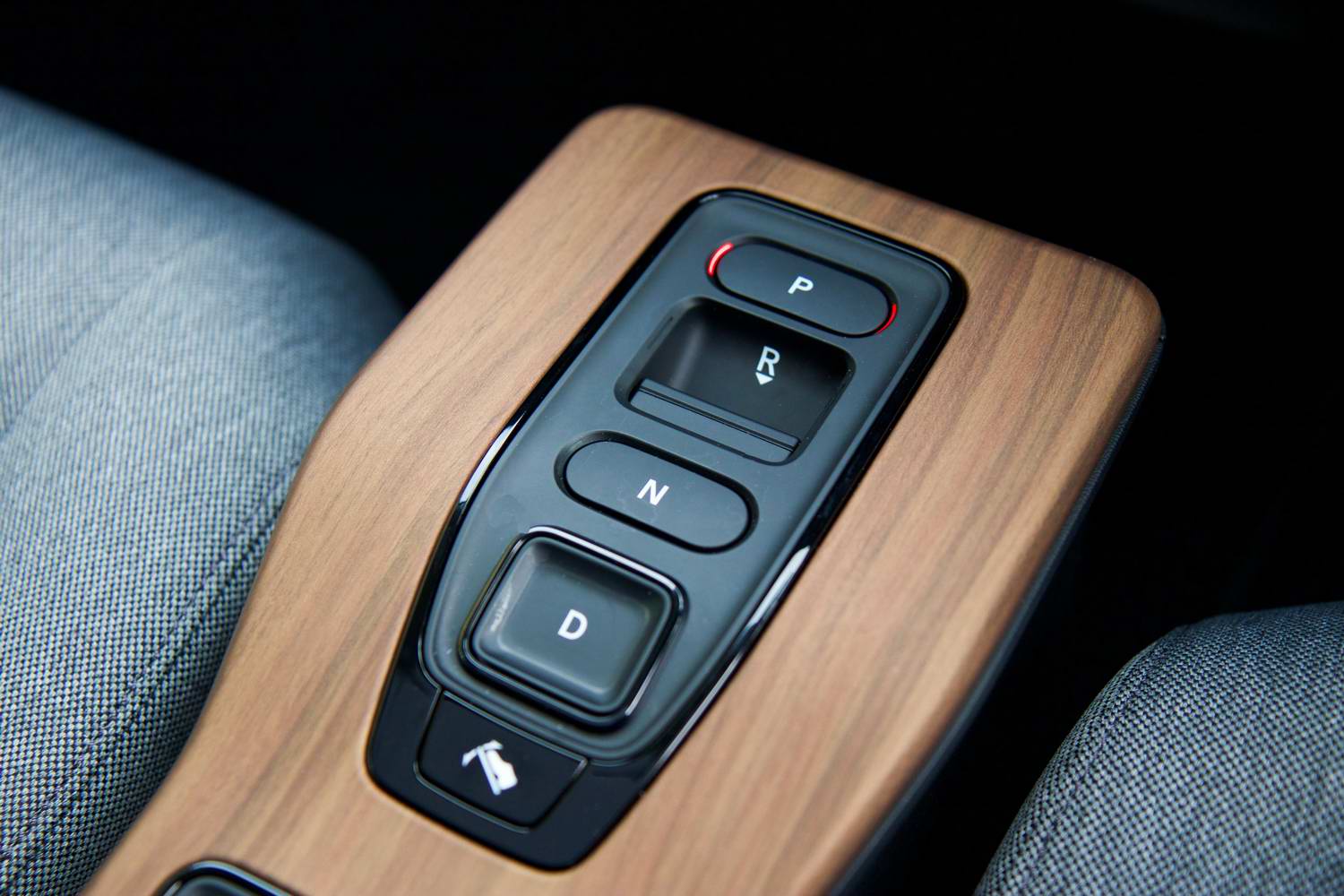 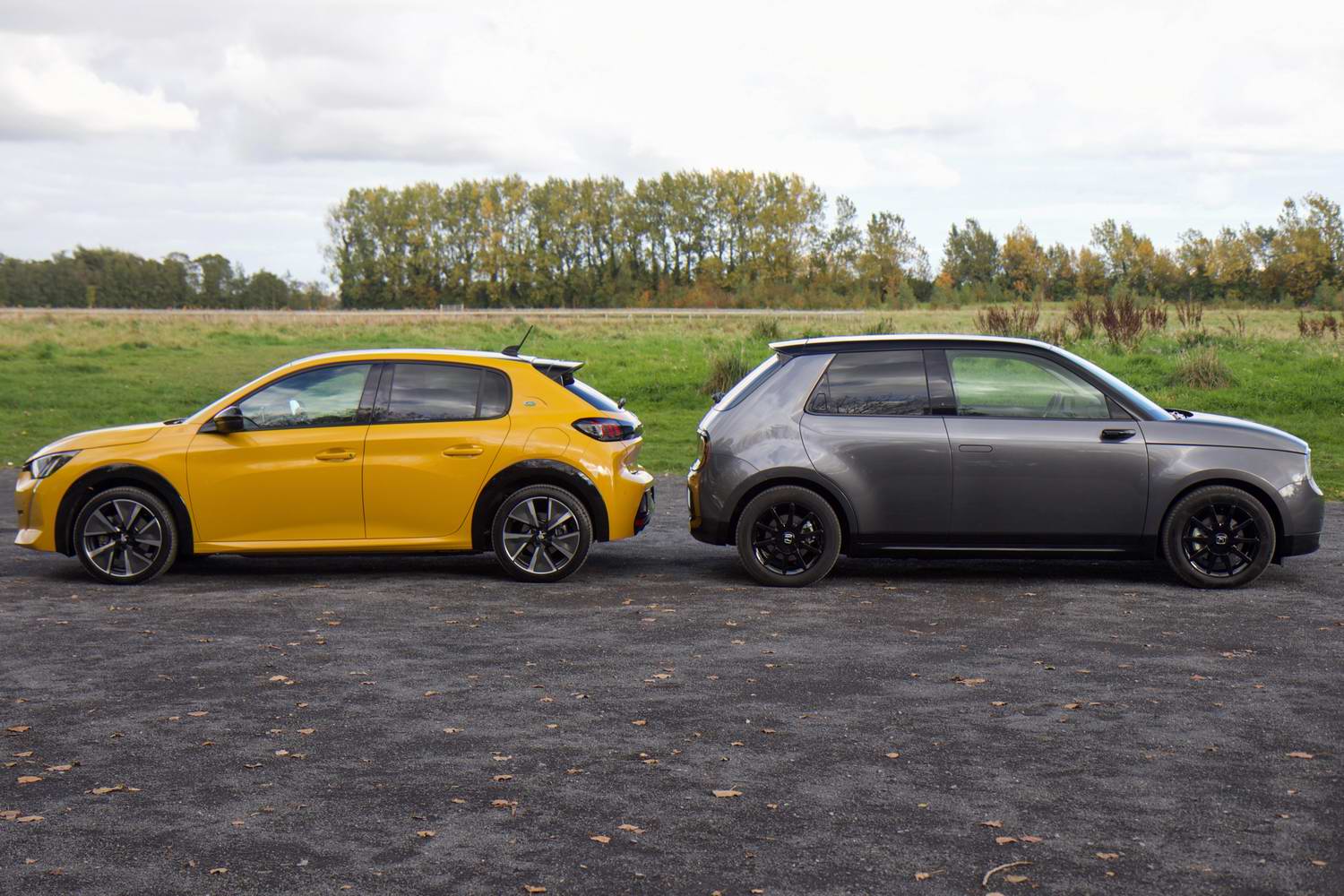 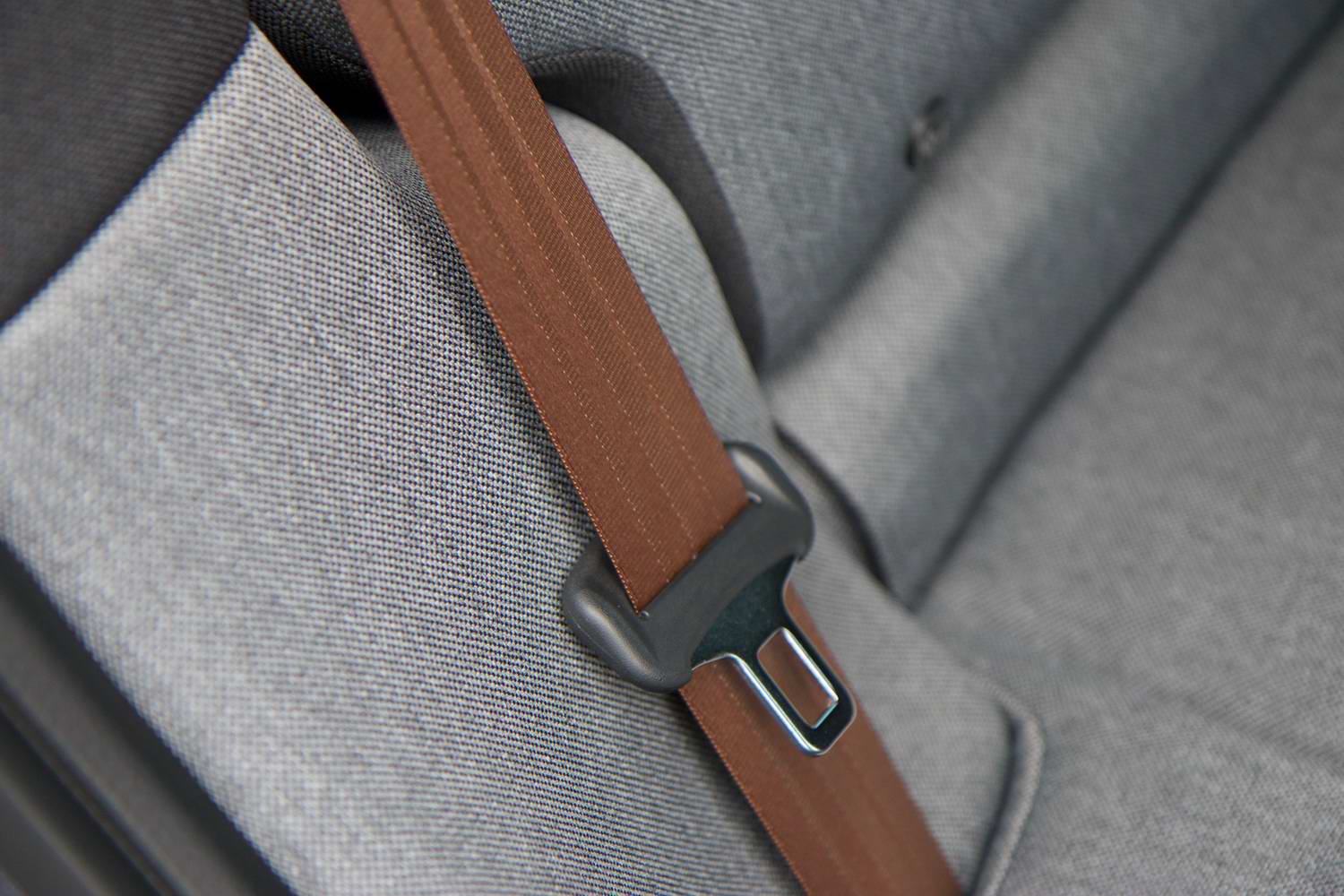 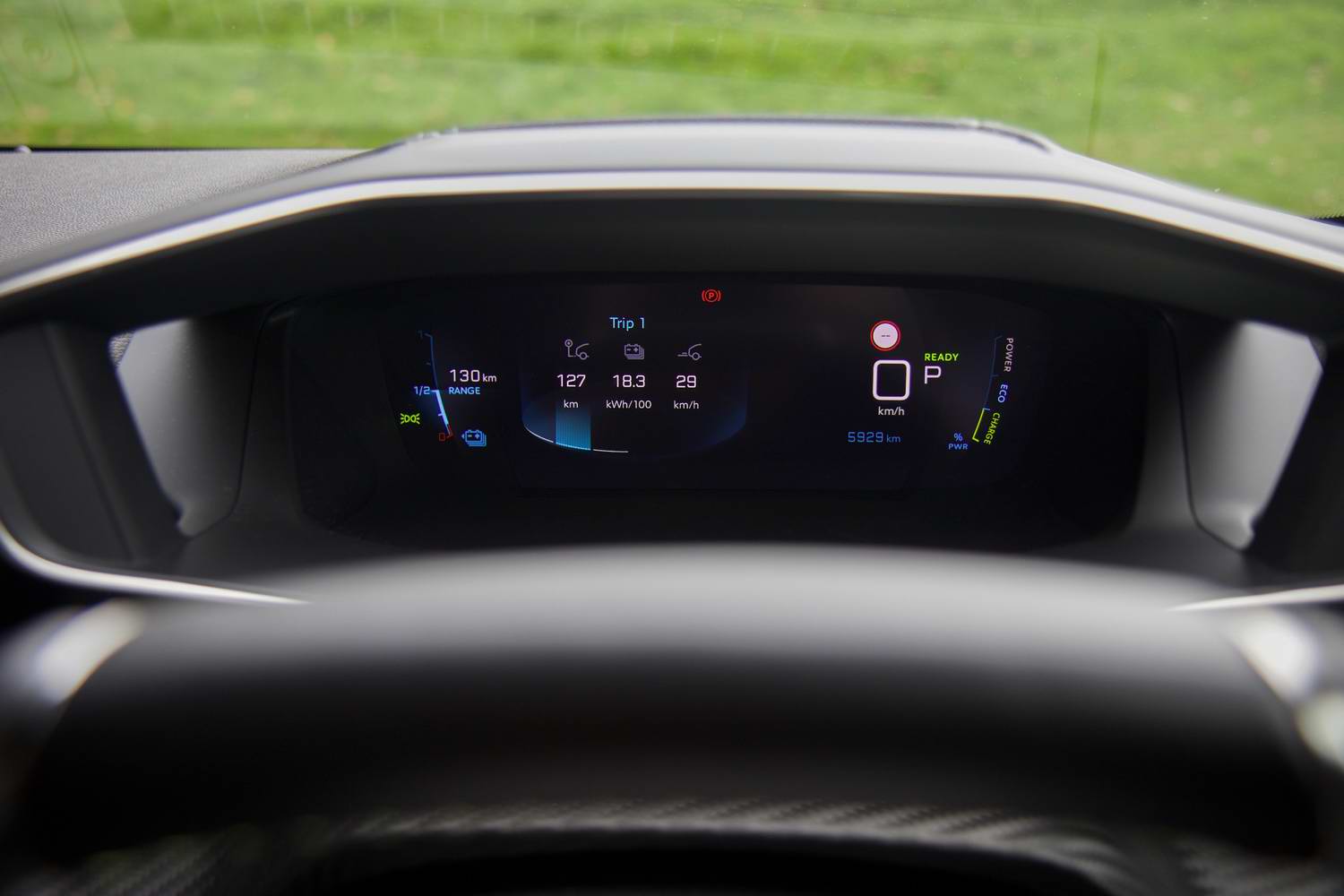 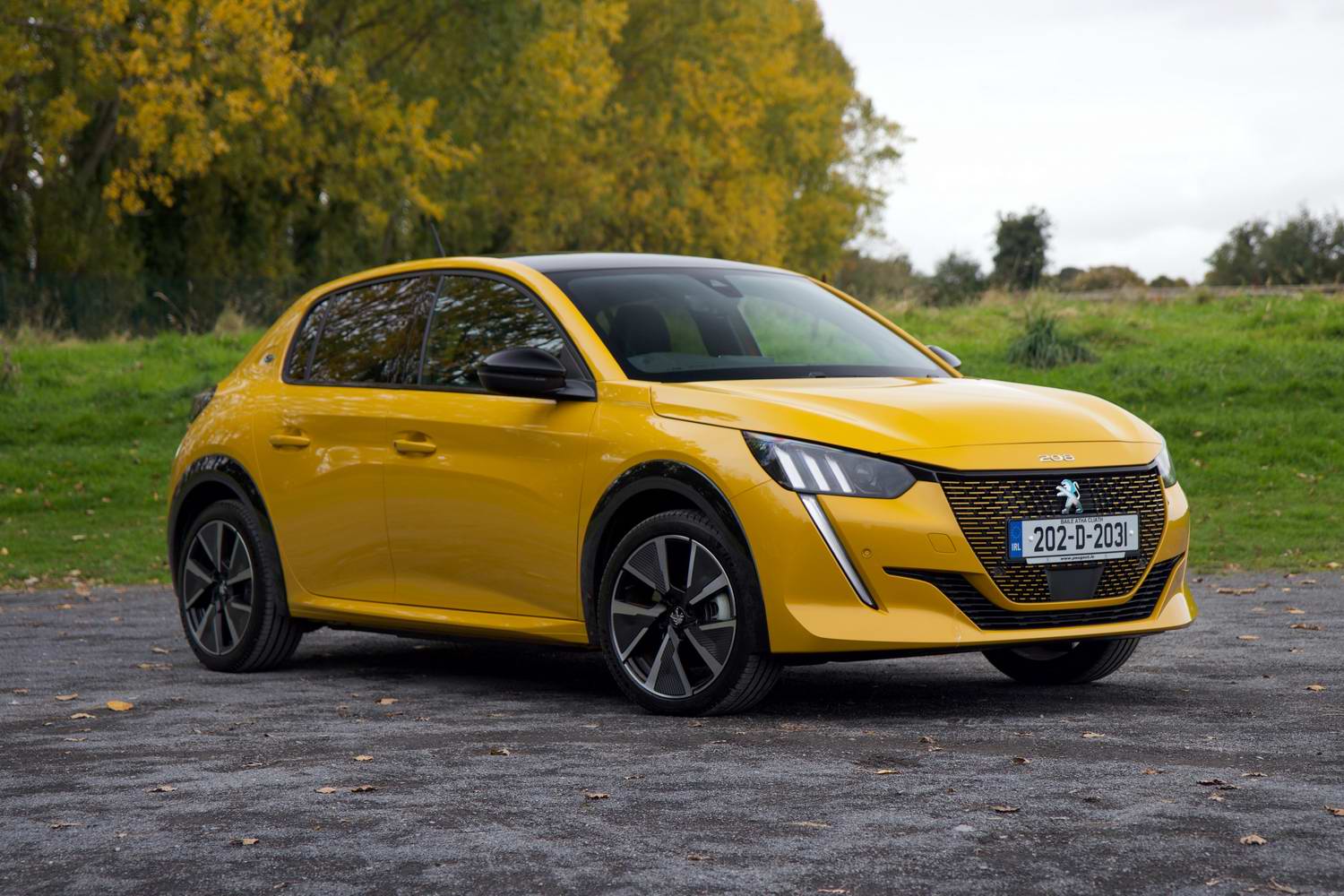 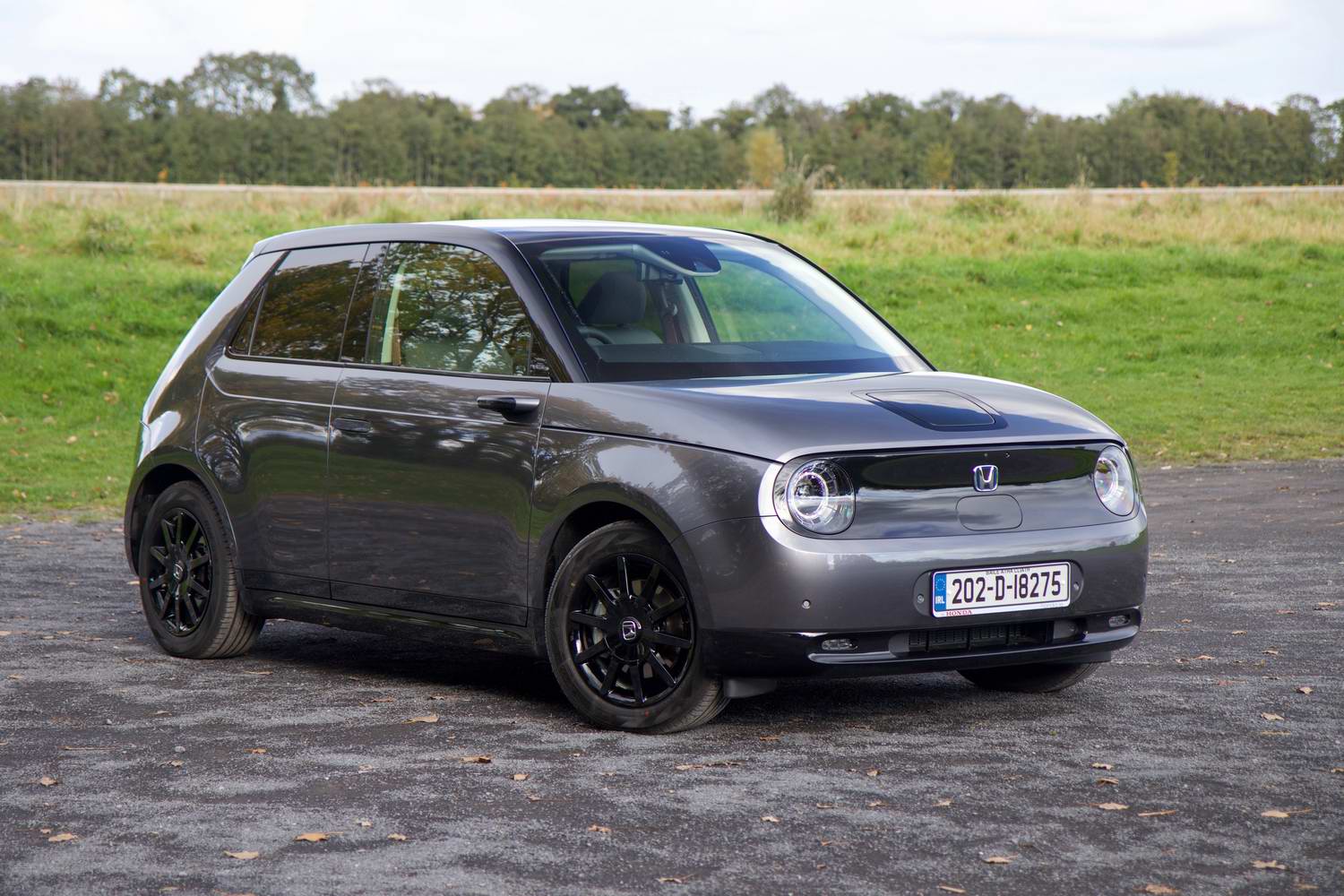 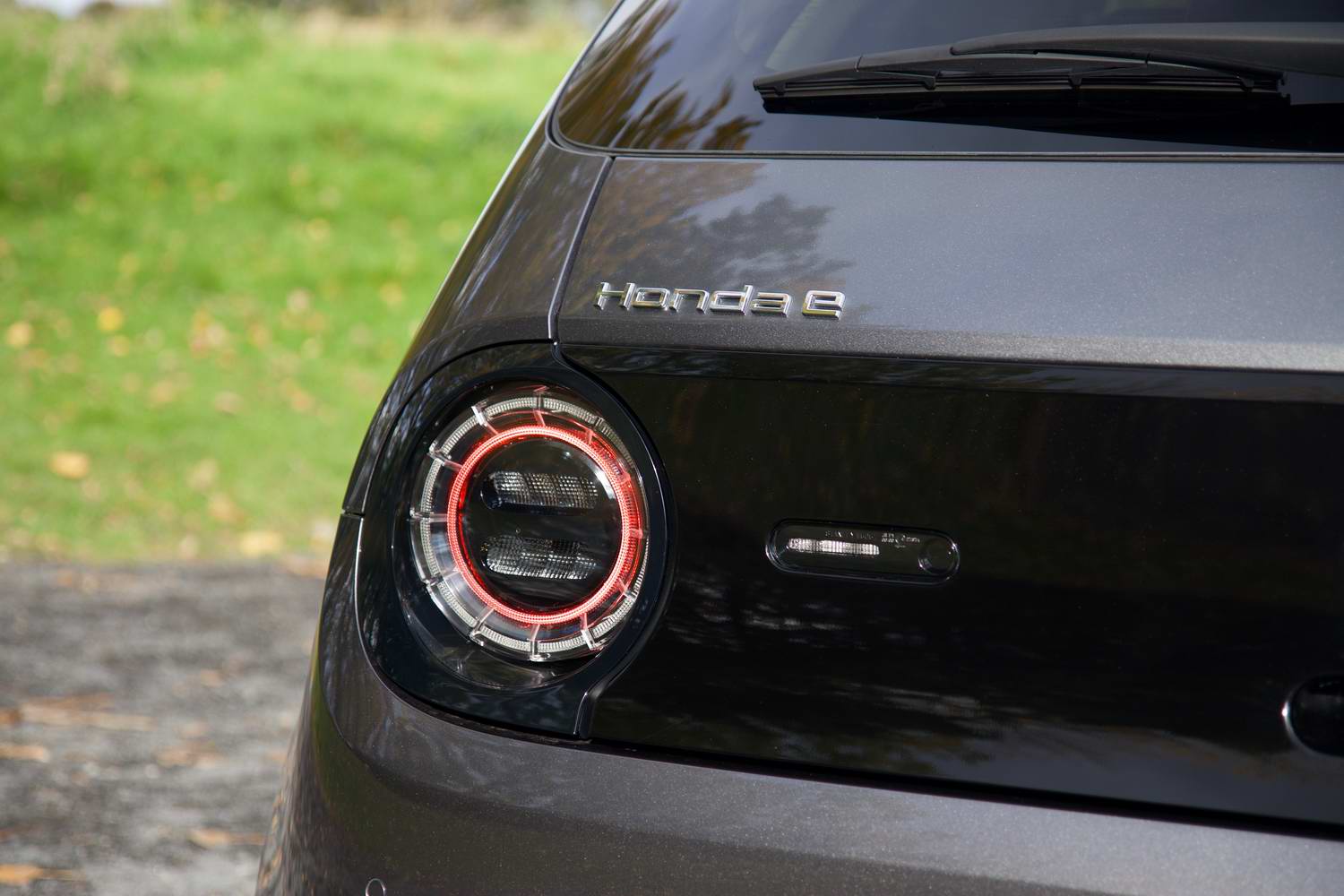 Is the Honda e's charm enough to sway buyers from the longer-range Peugeot e-208?

Here we're comparing two vastly different takes on the electric supermini. The Peugeot e-208 has already impressed us with its great range between charges, its agile dynamics and daring design, earning the zero-emissions 208 a place in our Five of the best electric cars in Ireland list. Honda is doing things rather differently with its new 'e' model. The Honda e is similarly priced to the e-208, but it comes with a much smaller battery pack - and hence range. Even so, Honda reckons it's more than adequate for most commuters' needs. Which will win us over?

We've liked the styling of the current Peugeot 208 from the start, especially in vibrant colours and, naturally, in GT-Line or GT specifications, which show off the daring detailing to maximum effect. None of that has changed, but next to the simplicity of the Honda e's design, the Peugeot looks a little contrived. Still, it's an arresting shape with dramatic looking lights that really stands out from the crowd. The e-208 is barely distinguishable from the rest of the 208 line-up, which is no bad thing at all.

Given that we're openly smitten with the charming 'face' of the Honda e, and its overall style, we were a bit surprised to be find that it is not universally loved. Some people we spoke to found it too 'cute' for its own good. The circular lights, contrasting black bodywork and the unusual looking door cameras in place of mirrors certainly give the Honda e a unique appearance. And, while it too is available in bright colours, we quite like how it looks in moody grey with black wheels. We're not convinced by the prominent bonnet-mounted charging port, however.

In terms of showroom appeal, the Honda e's cabin is off to a scorching head-start. The flush-fitting door handles pop out, you pull the doors open and note the frameless glass. But that's nothing compared to the screen-dominated dashboard. There are well-placed displays on either side showing the view from the door cameras, the instruments in front of the driver are all-digital, the rear-view mirror is a screen fed by a roof-mounted camera and then there are the two huge touchscreens. The latter looks amazing and, though it takes a little getting used to, is also rather useful. You can have gorgeous photography displayed or even a virtual aquarium, while the HDMI port and three-pin socket found further down the cabin allow the addition of a games console. All this is entertaining, of course, but once the novelty has worn off, the dual-screen layout will still be of use to everyone, while wowing anyone that peers inside.

There's more to like, as well, with tactile fabrics and materials throughout the Honda e's interior, along with perfectly-damped switchgear. Contrast stitching and bronze-coloured seatbelts lifted the ambience in our test car, too. The front seats are a highlight, as well, with a wide base and loads of adjustment in the driving position. And, in contrast to the toy-like infotainment system, the driving controls are no-nonsense, with a lovely circular steering wheel and an intuitive button-operated drive system integrated into the cleverly designed centre console. There's loads of space up front, too.

The Honda e is less impressive from there back, though hardly deal-breaking. Adults will find the rear door openings quite restrictive, for a start, though once inside there is decent headroom and more than acceptable legroom, too. It's worth noting, though, that there are only two rear seatbelts. The boot is quite tiny, holding 171 litres, and the rear-seat backrest folds down as one piece, rather than splitting.

In contrast, the e-208 has a relatively cavernous boot, holding 311 litres with the rear seats in place. The seatbacks split and fold and there's room for three in the back. It's not a big family car, obviously, and the rear seat isn't particularly wide, but some would like to know they can carry three people in the back if they need to. Up front, the e-208 uses Peugeot's 'i-Cockpit' layout, which means there's a tactile and dinky steering wheel and you look over the top of its rim to see the instruments. They're digitally rendered, like the Honda's, and have a cool three-dimensional effect, but the otherwise conventional instrument binnacle and the floating touchscreen to the side have been instantly dated by the cleaner, more modern appearance of the Honda e's dashboard. Same for the centre console, which is bulky and entirely conventional in the e-208. In fairness to Peugeot, it all feels of very high quality.

In terms of overall size, the Honda e is about 60mm shorter than the e-208, though their wheelbases are within 2mm of each other. The Honda is a good deal taller, some 82mm above the Peugeot, which might explain why it looks narrower, while in fact it's a few mm wider (excluding the e-208's door mirrors of course). Of rather more surprise, given one of Honda's reasons for the smaller battery pack was reduced weight, the Peugeot is about 30kg lighter, depending on specification.

Outright performance gets a disproportionate amount of attention in electric cars, even when it's city cars or family cars, where there are far more important facets of the vehicle to ponder. That's down to the instantaneous torque output of electric motors, which makes them feel fast, a sensation that is enhanced, perhaps, by the lack of engine noise. Suffice to say here that the Peugeot e-208 and the Honda e are more than adequately quick. Honda offers the e in two guises, the entry-level model with a 100kW (136hp) electric motor and the Advance car tested here with a 113kW (154hp) motor. Both get a considerable 315Nm of torque and a top speed of 145km/h, showing that the car won't be out of its depth on the motorway.

The 100kW motor in the Peugeot e-208 produces a less impressive sounding 260Nm of torque, but it feels no slower than the Honda in reality. And, while the oft-quoted 0-100km/h time is meaningless to most drivers, it offers a useful benchmark; the Honda e Advance does it in 8.3 seconds, while the e-208 covers the sprint in 8.1 seconds. The Peugeot can do 150km/h, incidentally. Regardless, these cars are fairly inseparable when it comes to straight line performance.

They're hugely different to drive, however. Despite the weight advantage, the Peugeot never feels as stable or as 'tied down' as the Honda does. In fact, it seems to struggle with wheel and body control at times, especially if a few bumps are thrown into the equation. Perhaps it's due to the fact that the underlying chassis was developed to accommodate petrol and diesel powertrains, too, and the result is a compromise. In contrast, the Honda e, uses a bespoke platform, created from the start to be an electric car. More than that though, Honda seems to have done a better job with the suspension and steering, making the e a genuine hoot to drive, around town or out on the open road. Dare I say it, but it can feel sporty in its reactions, without relying on overly firm and unyielding spring rates.

Not that it will matter to most drivers, but the Honda e sends its power to the rear wheels, and this is mostly undetectable in everyday driving. Challenge the chassis, however, and it responds with keenness and adjustability that belies its eco city car image. And the other advantage of the rear-drive layout is a ridiculously tight turning circle, making the Honda e one of the easiest cars on the planet to park. By any other measure, the Peugeot e-208 isn't a bad car to drive, and there's nothing between the pair in terms of refinement, but the Honda's driving experience shines through, and it's the one you'll want to drive, just for the sake of it.

Now, we're sure Honda would like us to STOP THE COUNT right there, but the Peugeot fights back with its larger battery pack. It's a 50kWh unit, compared with the Honda's 35.5kWh battery and, officially, that means a range of up to 340km for the e-208, while the Honda e manages just 222km on the WLTP testing regime. The stats show that most drivers don't need anything more than the Honda provides, but in this period of transition to electric power for many, there continues to be a focus on the outright range of a car. And the Peugeot clearly wins that battle. What's more, the e-208 can be charged at a higher rate, when available.

Peugeot offers four different trim levels for the e-208, starting at €26,853 for the entry-level Active version and rising to €31,299 for the e-208 GT. Those are 2021 prices, incidentally, and they include the SEAI grant and VRT rebate. The Honda e costs from €29,995 for the regular version, or €32,995 for the Honda e Advance tested here. So, the Peugeot can be bought for usefully less cash if your budget doesn't stretch to the Honda. At the upper end of the e-208's price range, it's almost as well-equipped as the Honda e, though the latter has a lot of unique features that set it apart.

In hindsight, the Honda e and Peugeot e-208 aren't really direct rivals, despite their pricing overlap and similar sizing. The Peugeot covers a lot more of the market, with a wider band of prices to suit a range of budgets and, of course, its usefully longer range between charge-ups means it will be viable for more people considering making the move to electric power. The Honda e operates in a smaller space, in terms of pricing and its owner's needs. It's less practical than the Peugeot and requires more charging up for a given annual mileage. However, if we were choosing between the two, and our needs were met by the Honda's capabilities, then we wouldn't hesitate in opting for it. It's brilliant to drive, cool to look at and blessed with a really special interior that makes it feel a generation ahead of the relatively conventional Peugeot.

As we've mentioned, both of these cars are very appealing from a design perspective, but many people still focus too heavily on overall range, which is where the Peugeot excels. The lower fast-charge rate for the Honda does hinder its versatility a touch, but if you're exclusively an urban driver then this won't be much of an issue for you. In terms of pure drivability, the Honda comfortably trumps the Peugeot, as it delivers the kind of ride quality typically found in cars at least one class size up. Its neat dimensions and agility will make it a boon to any city driver. Size is the Honda's stumbling block, on paper anyway, but chances are, if you're considering a small electric car like either of these, you're not needing to carry bulky items around that often. And what the Honda lacks in boot volume, it more than makes up for with cabin space, which is especially good in the front. From the abundance of screens to the camera mirrors (which work quite well), the Honda e feels more special, more unique, more in keeping with what a car of the future should be like, and that's why it's the one I would choose.