Porsche lifts lid on cars that never were 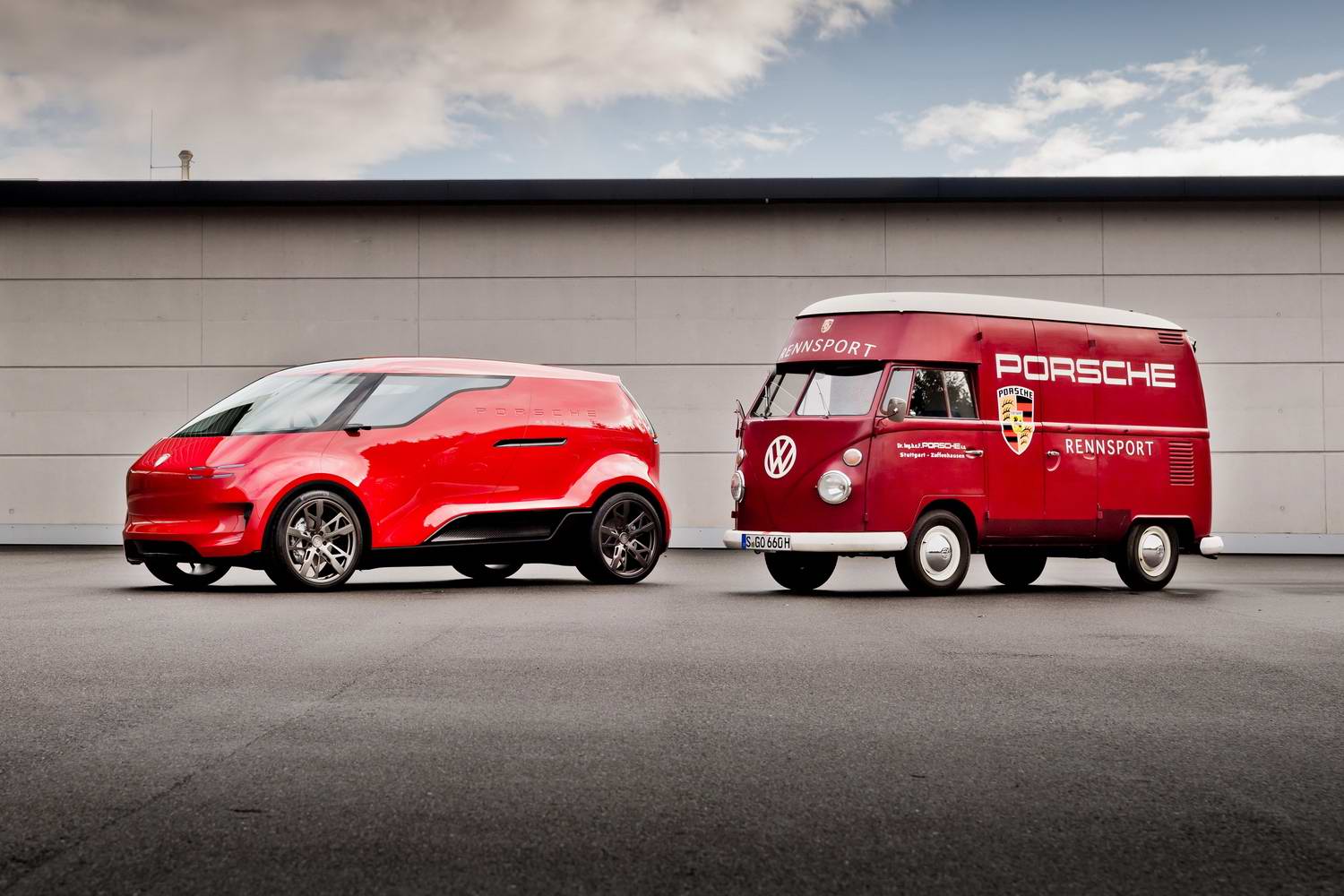 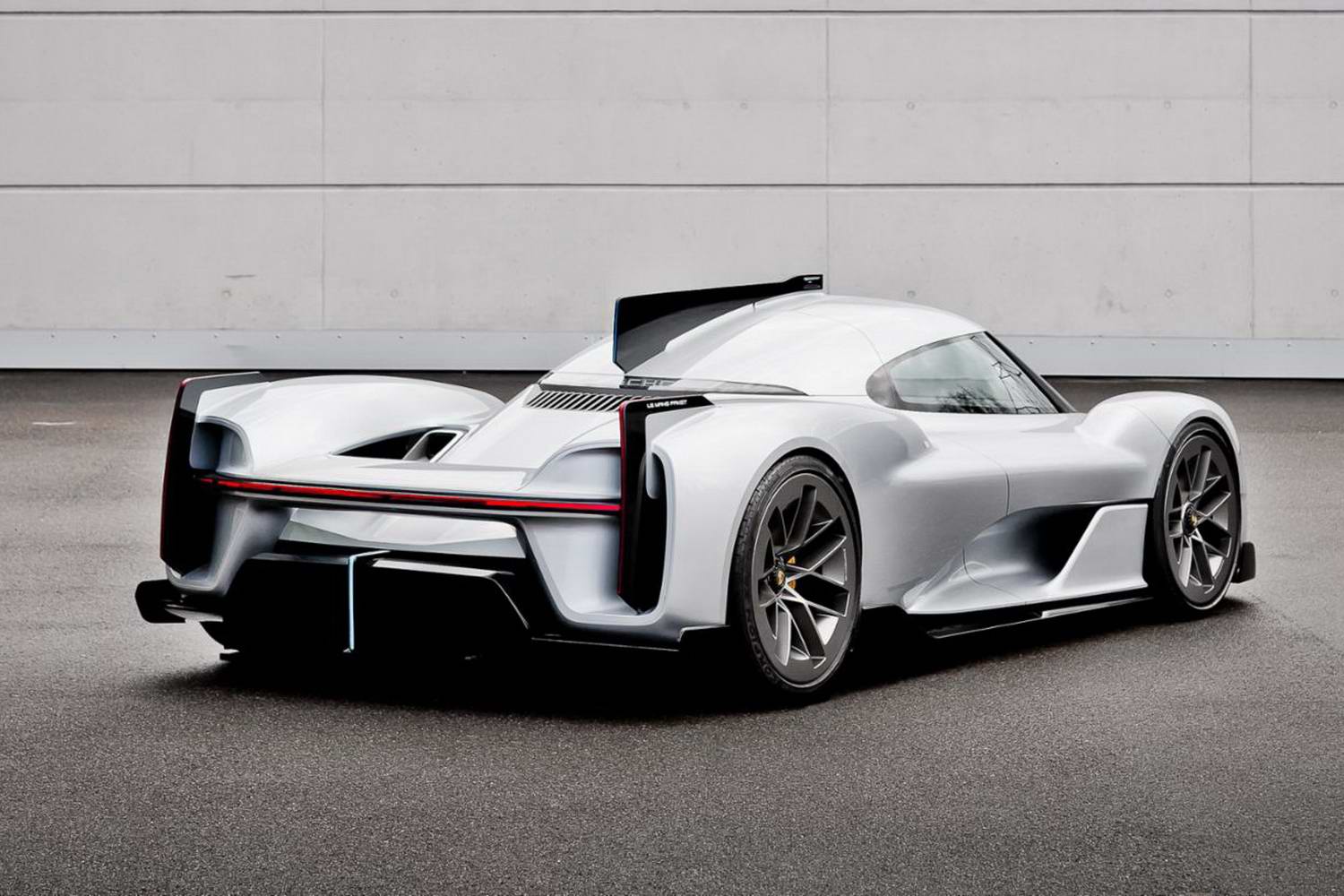 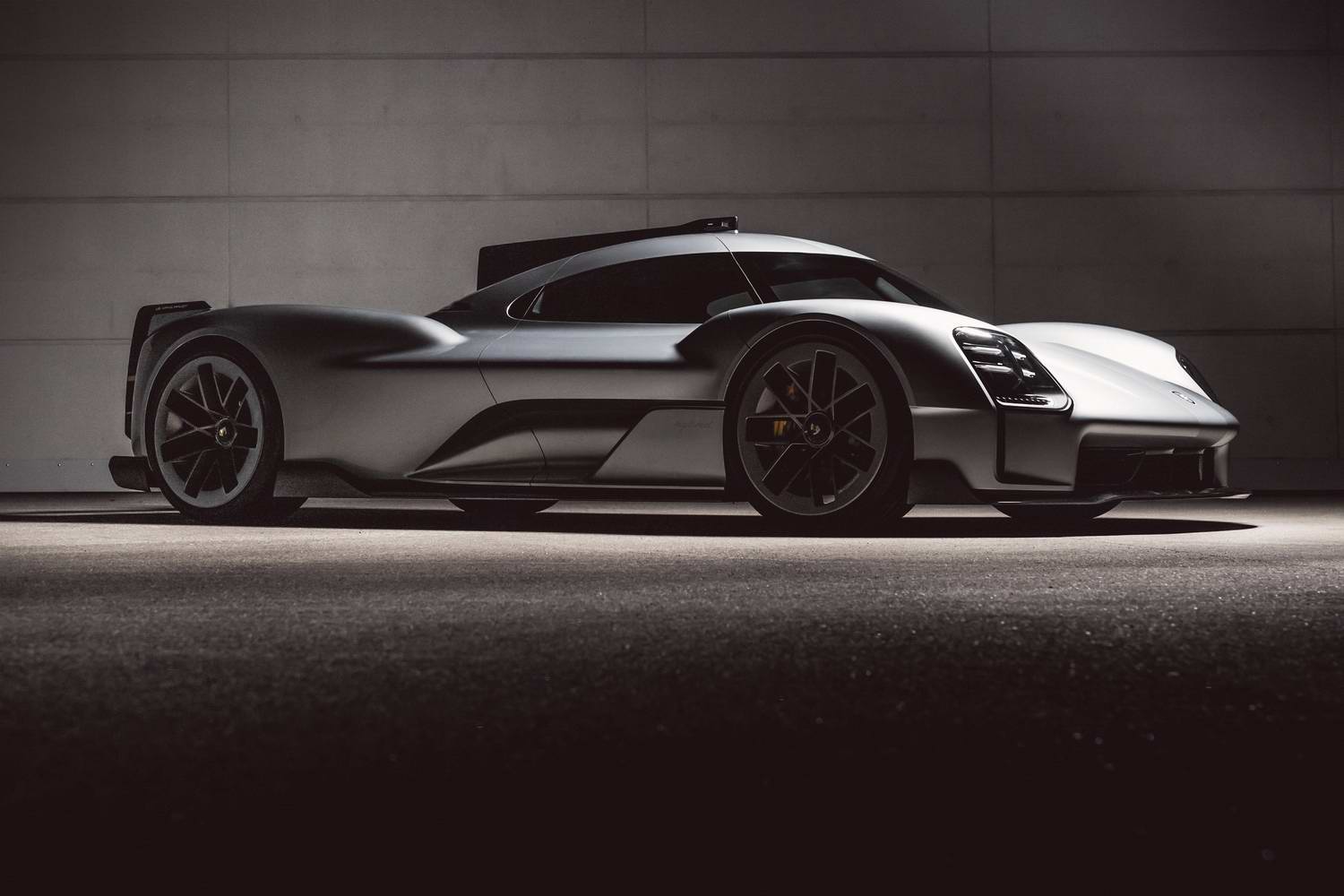 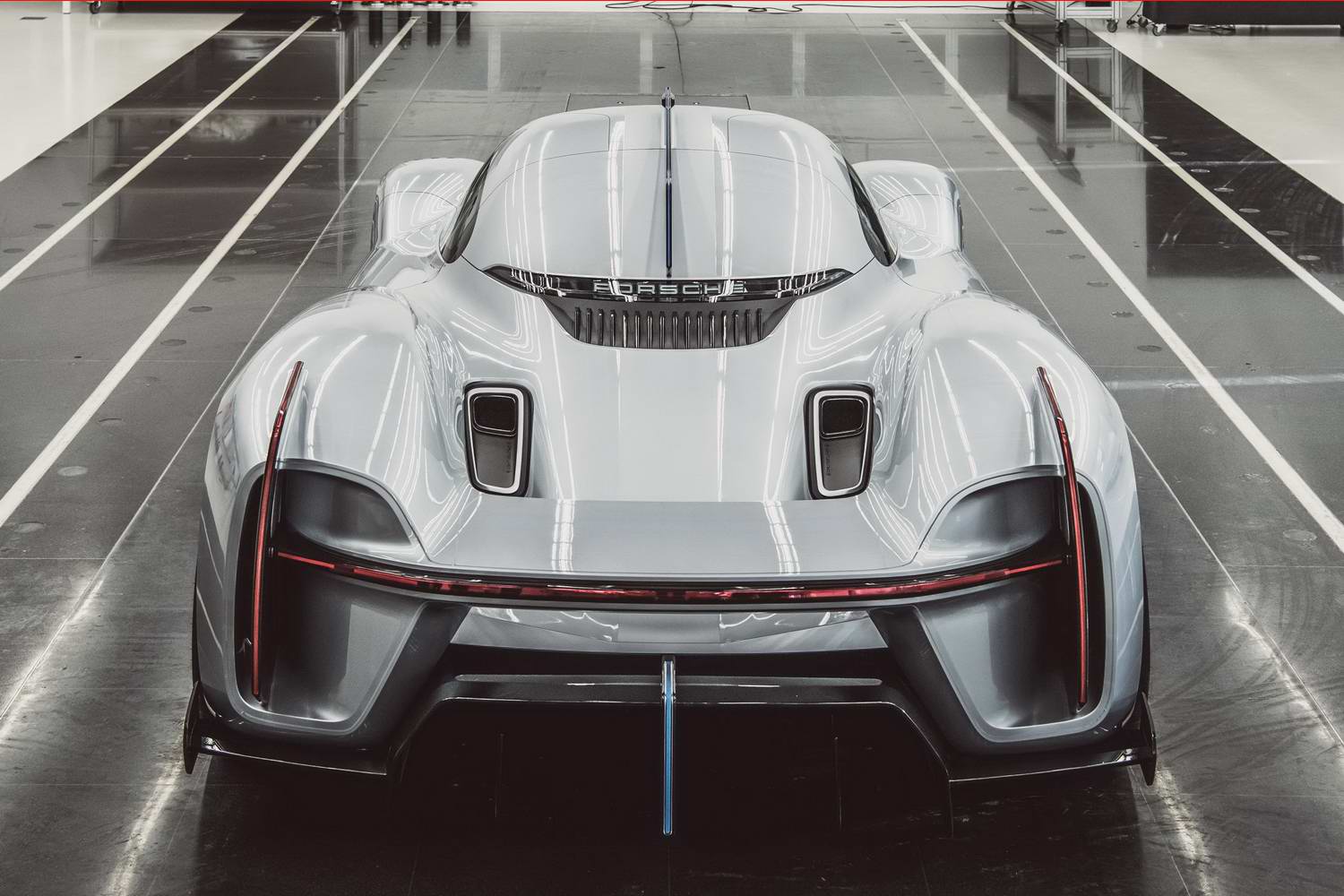 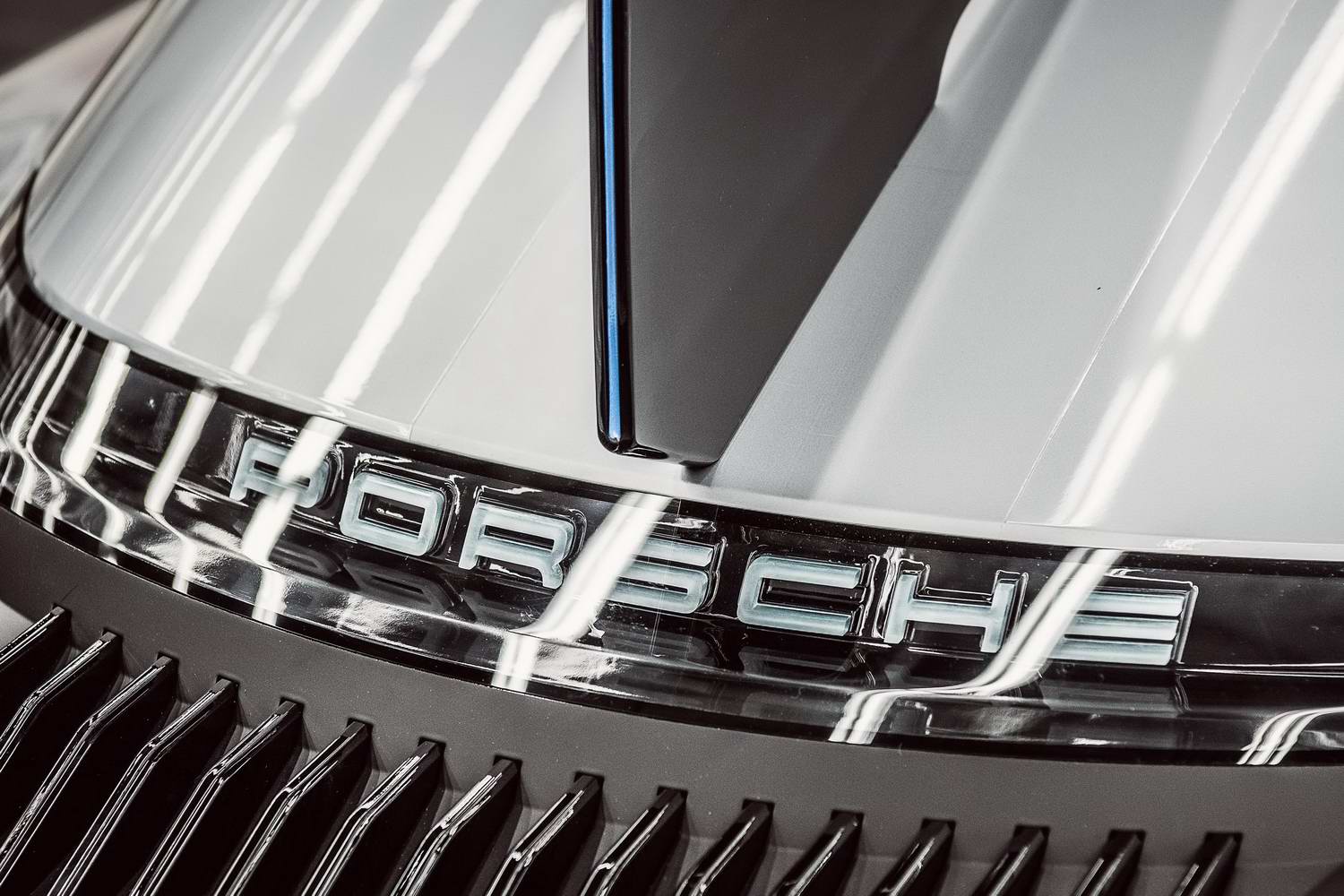 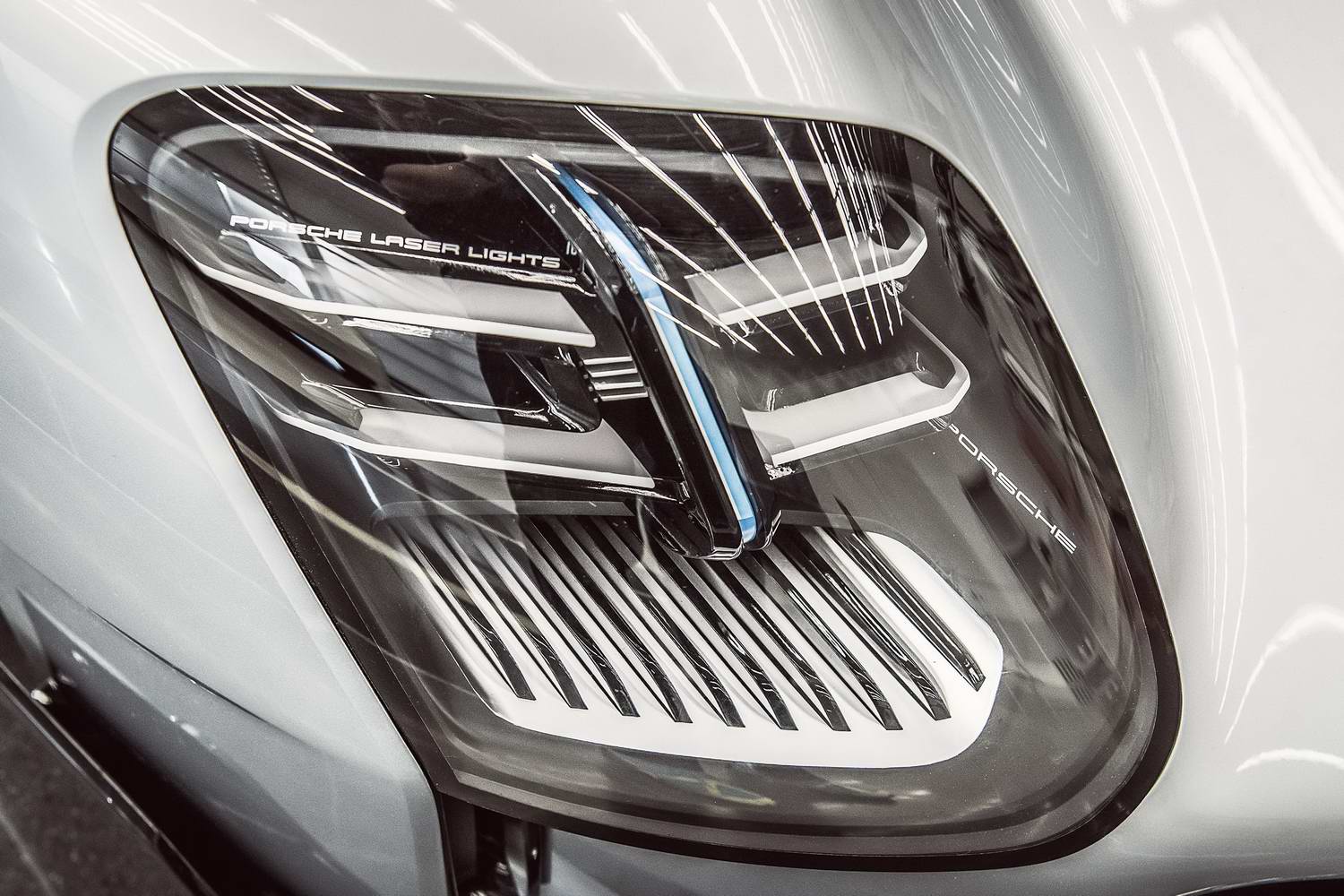 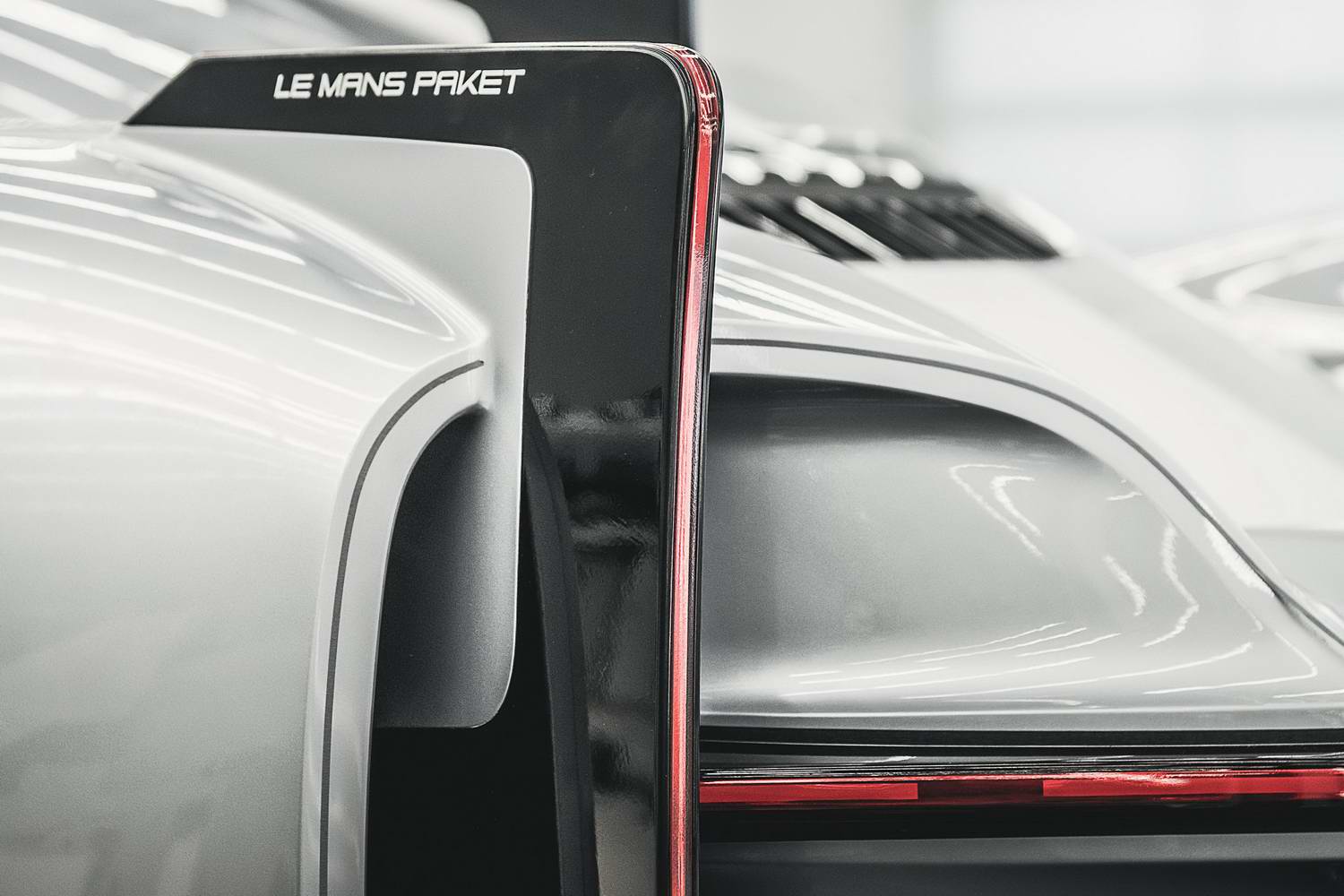 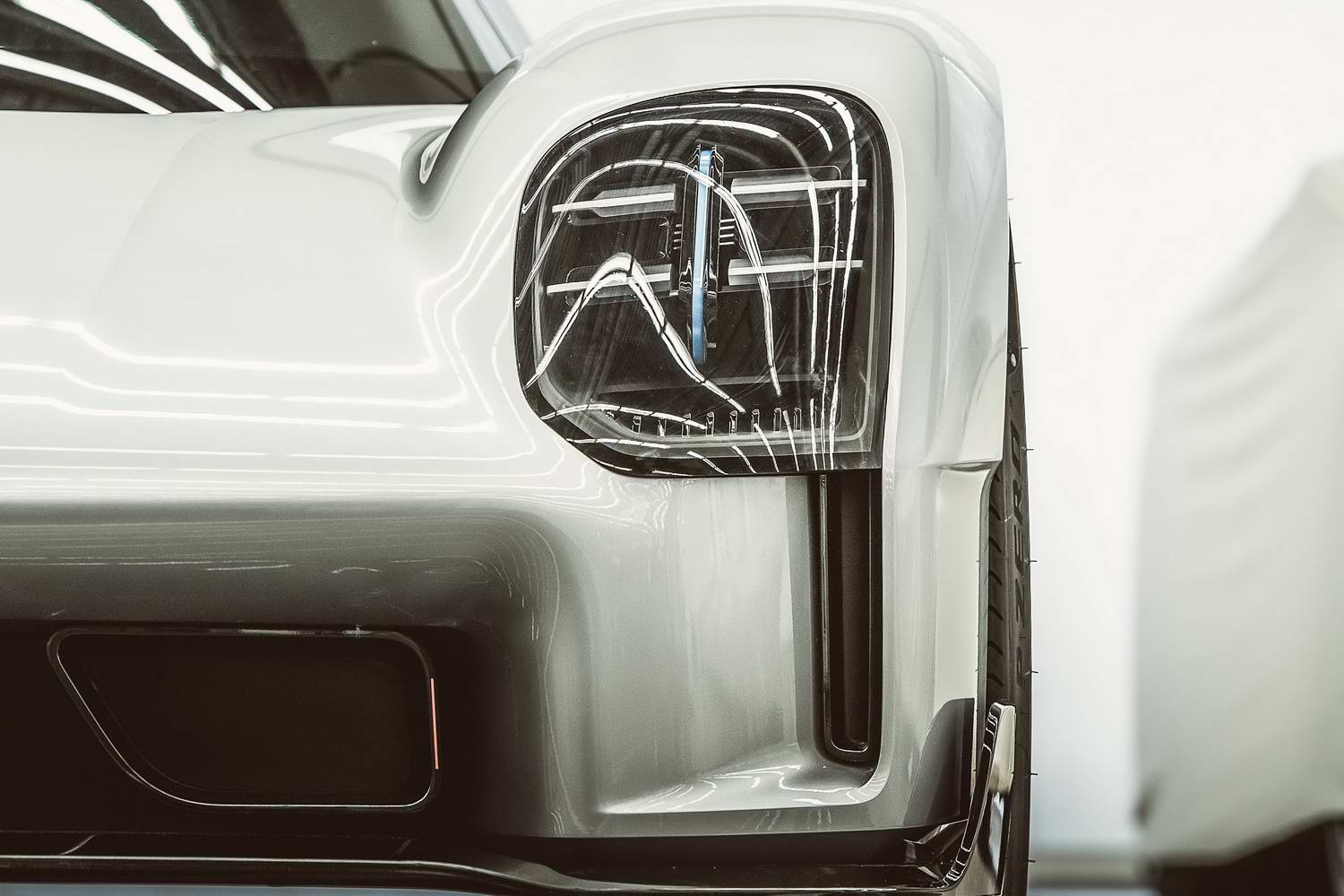 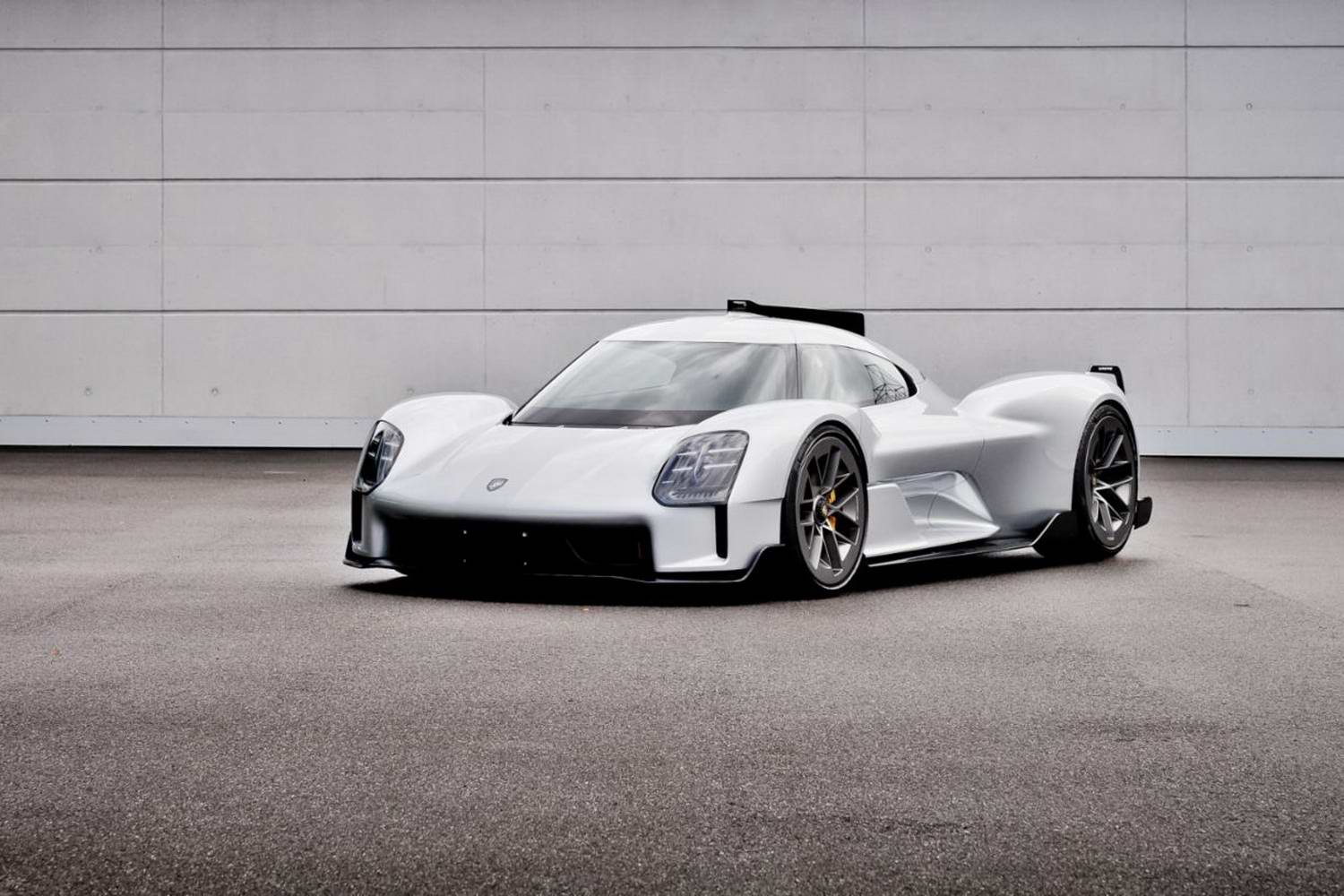 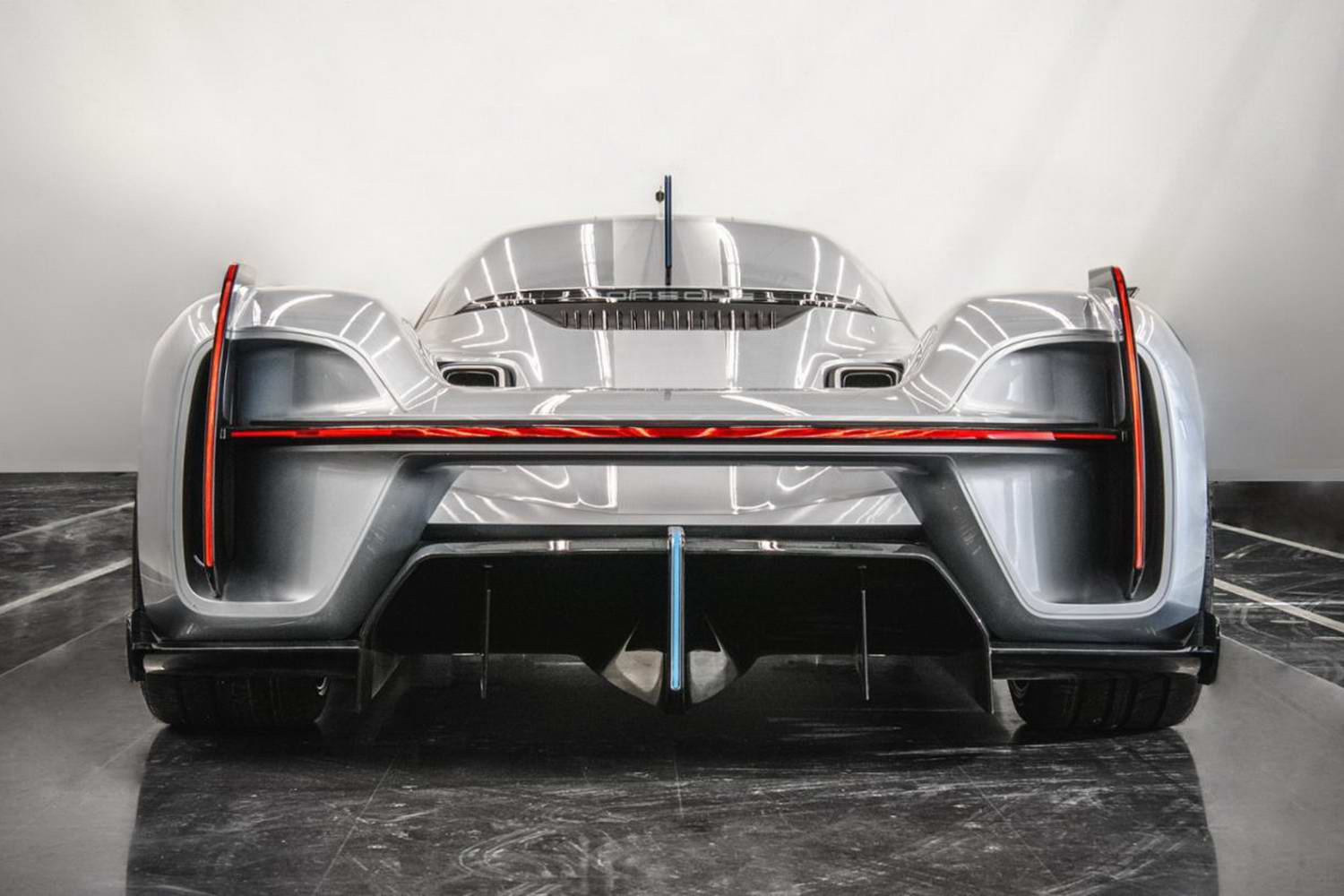 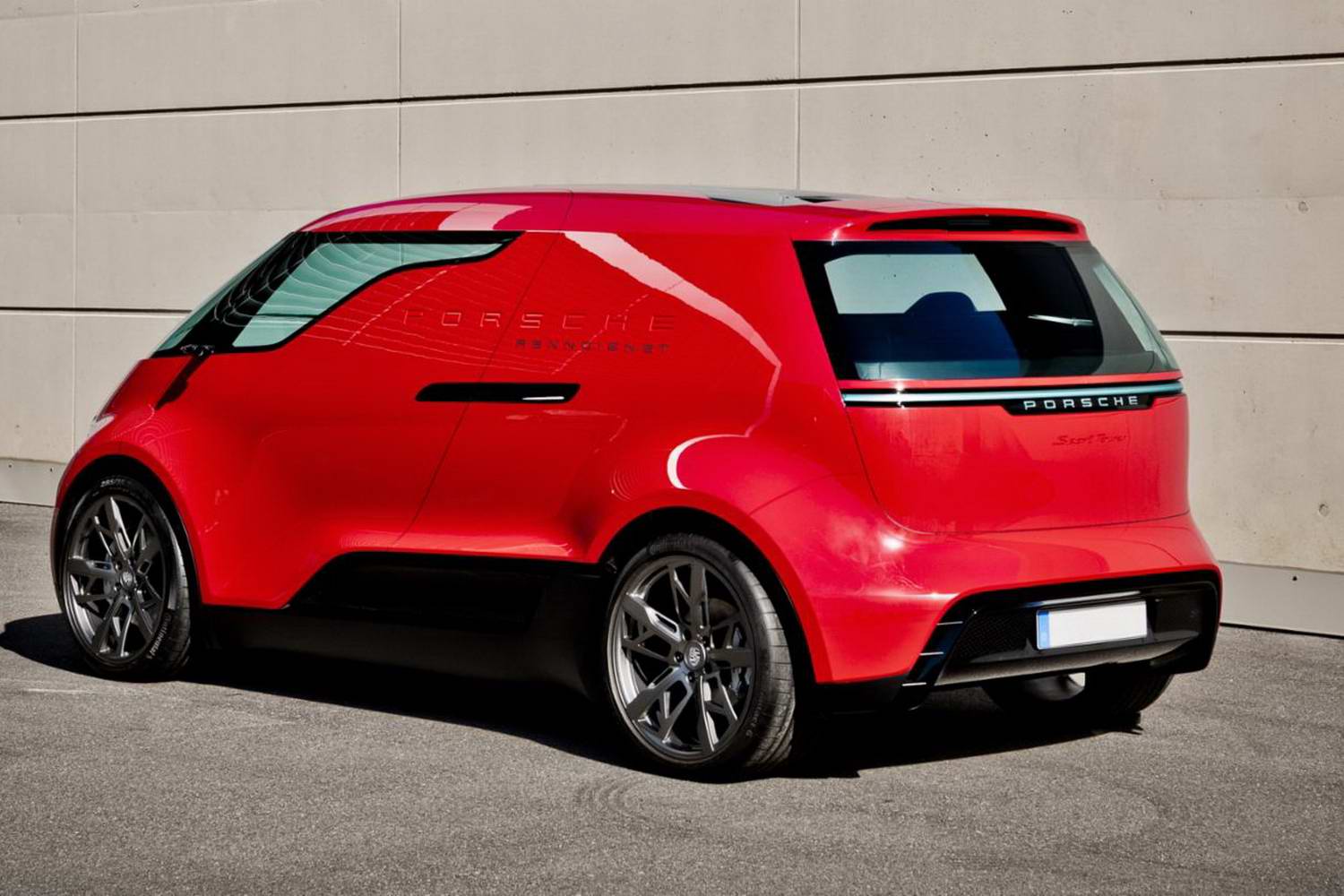 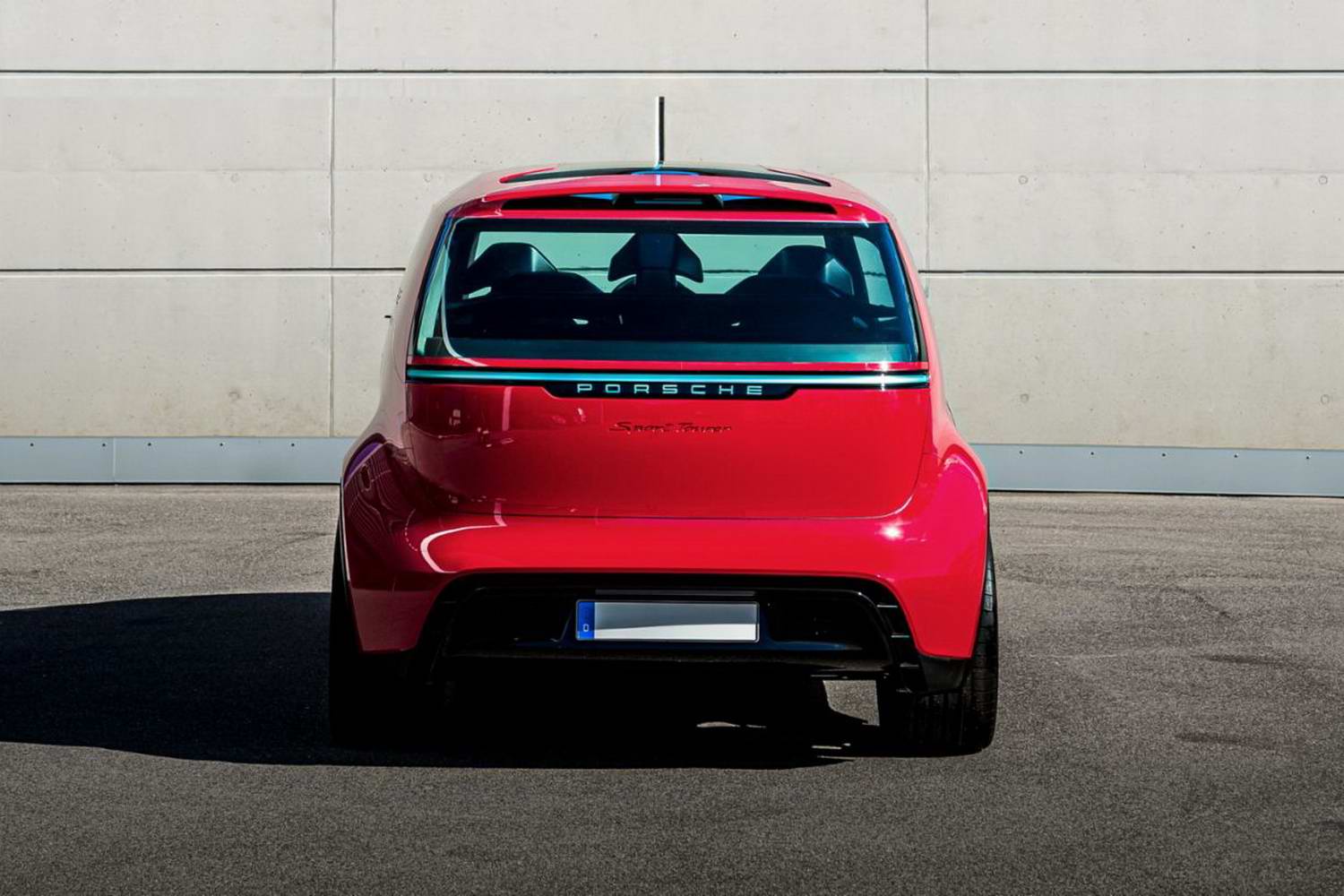 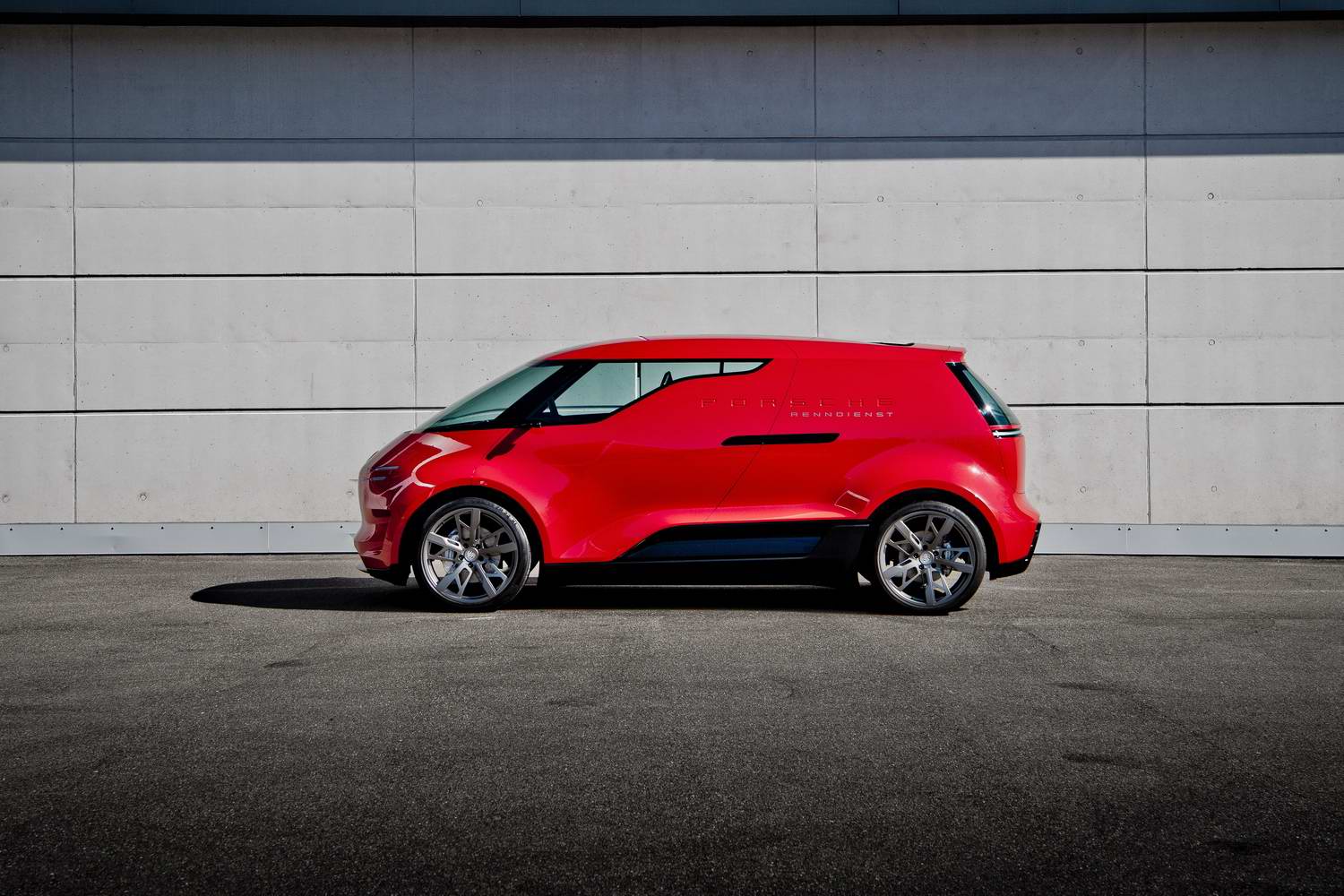 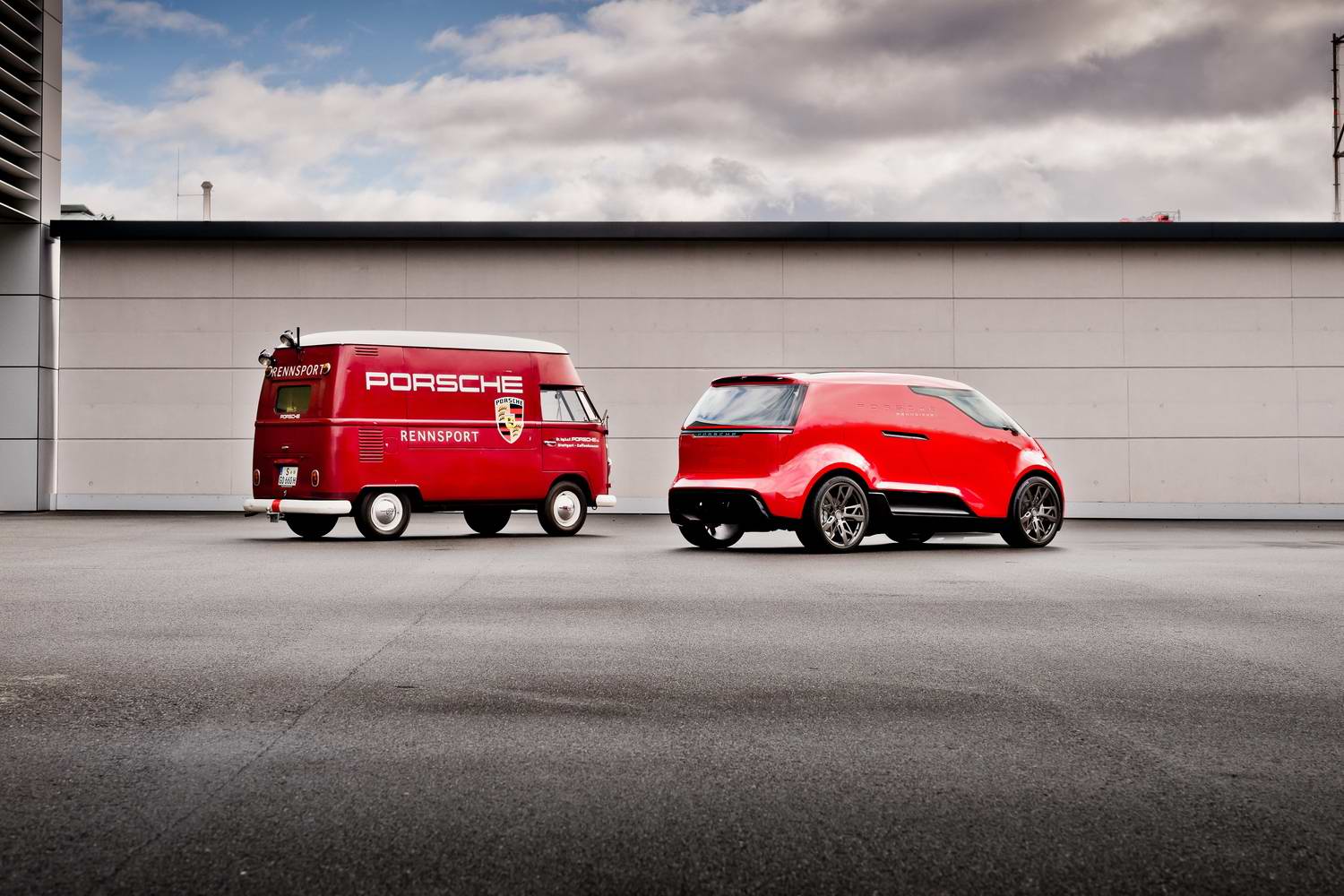 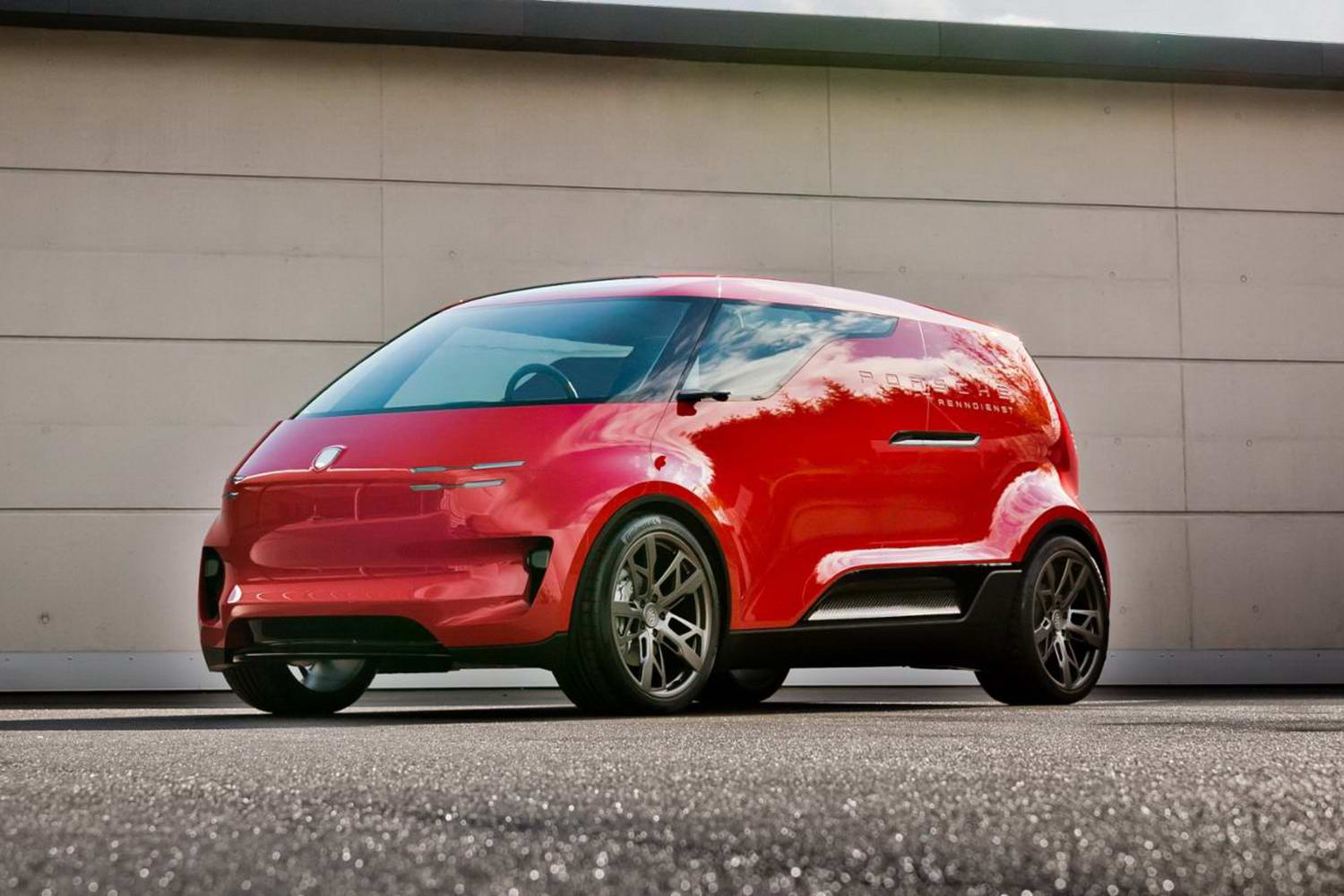 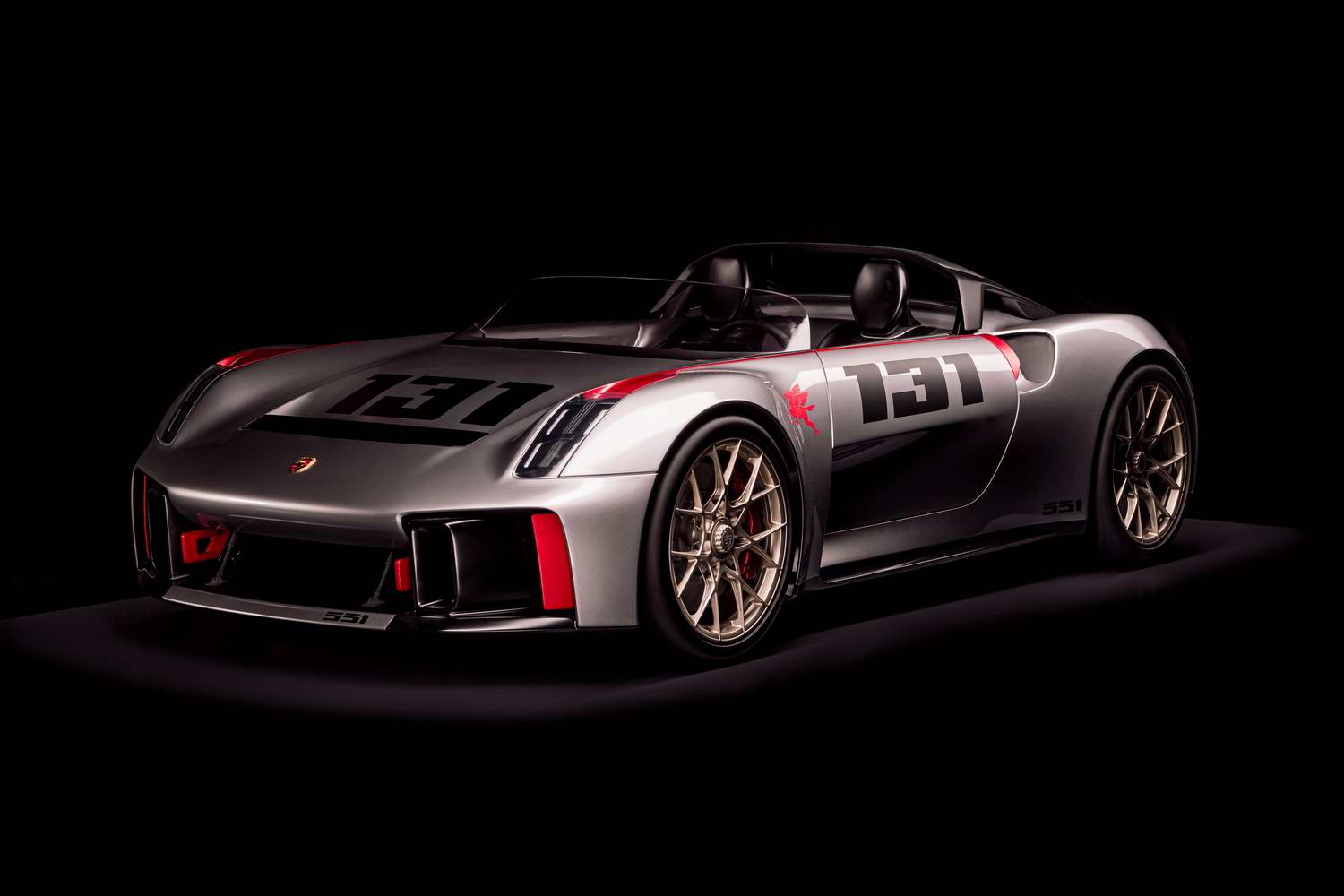 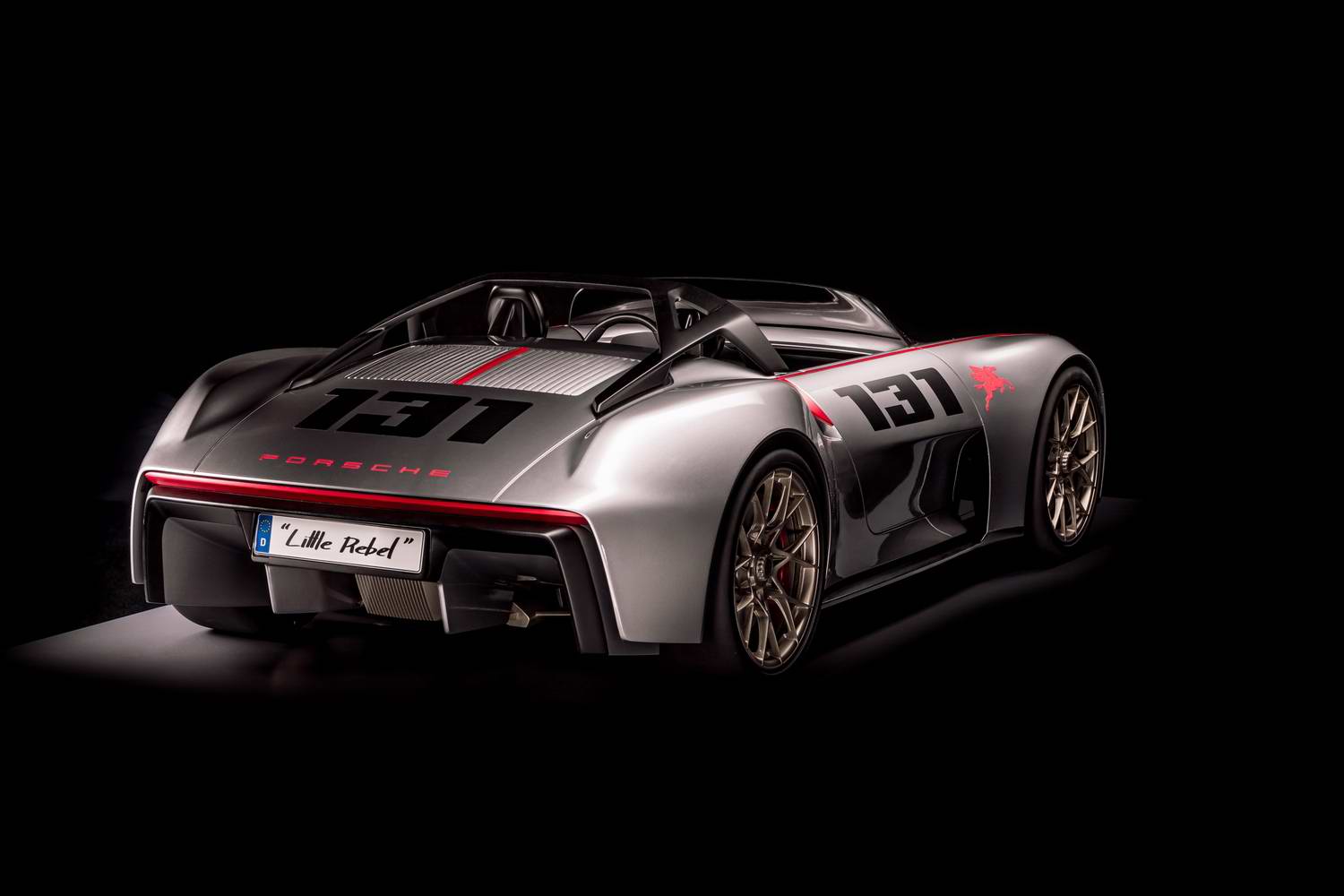 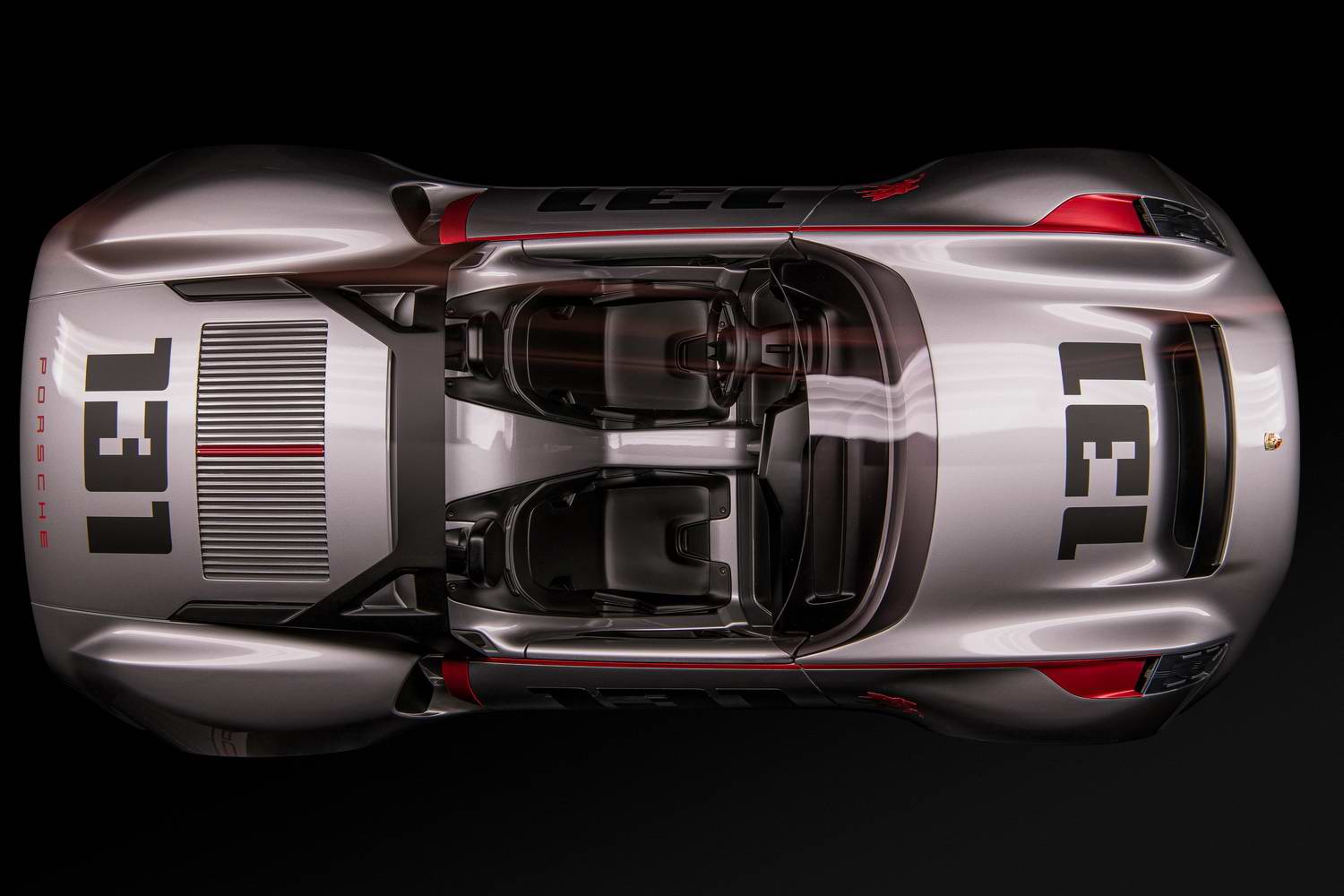 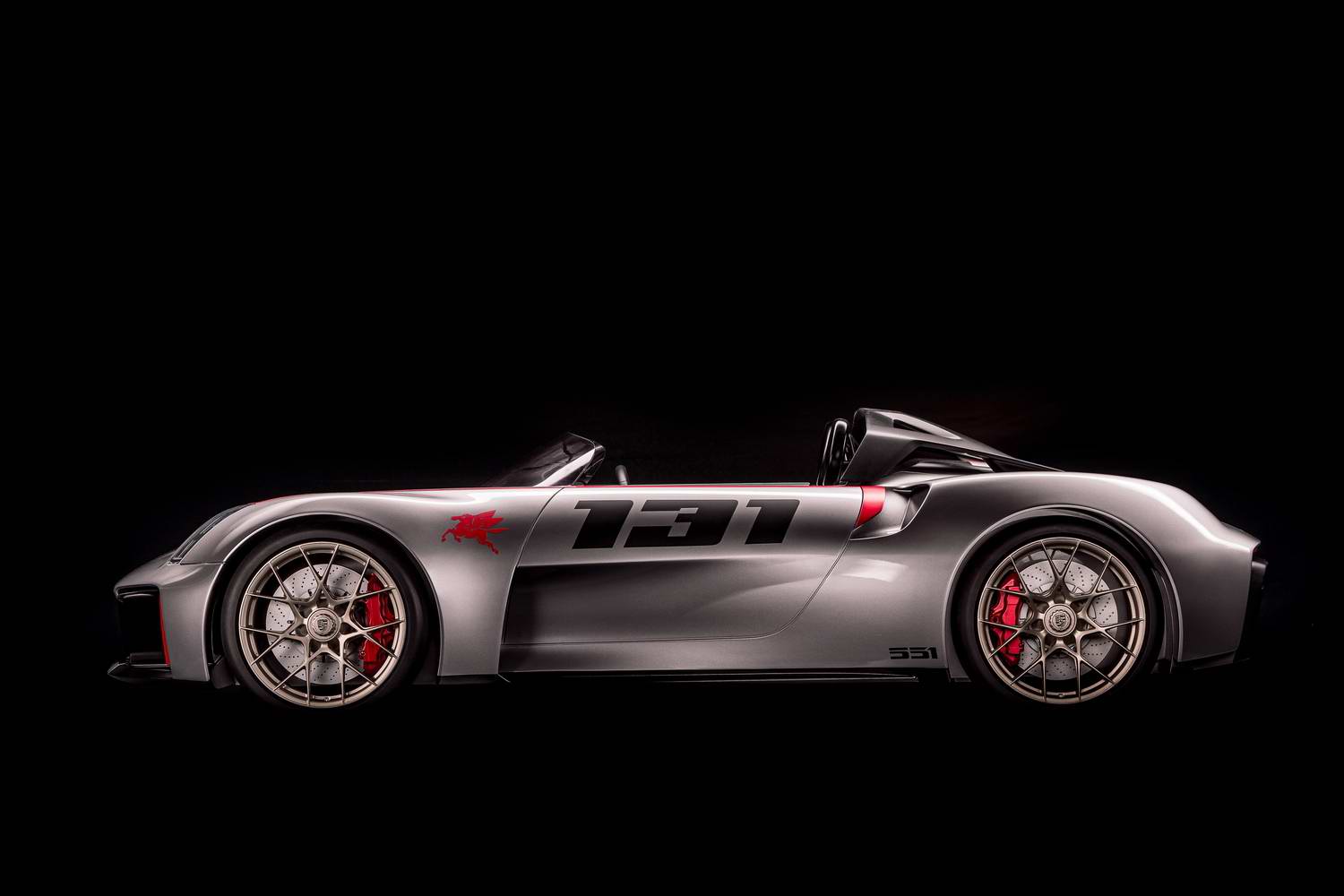 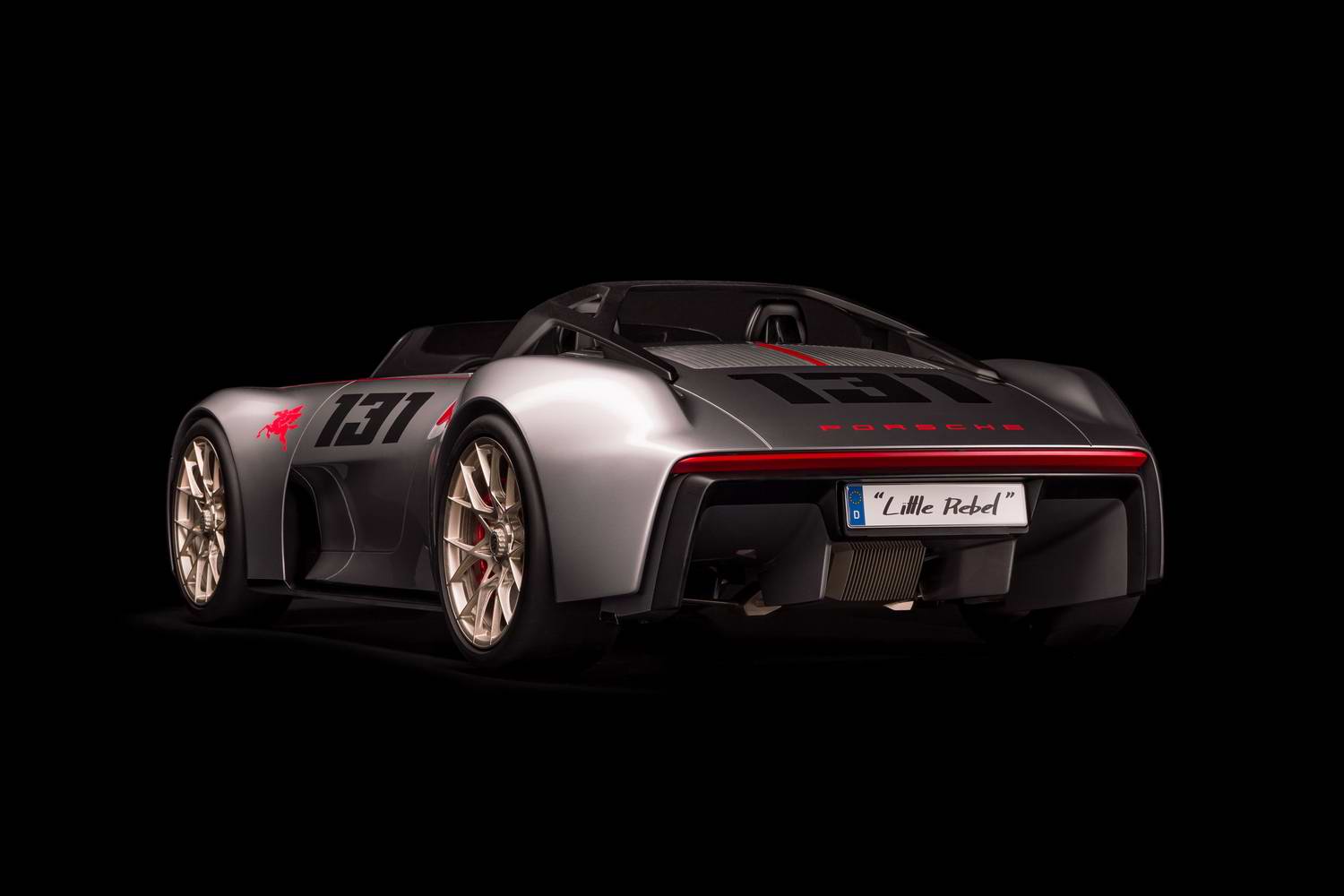 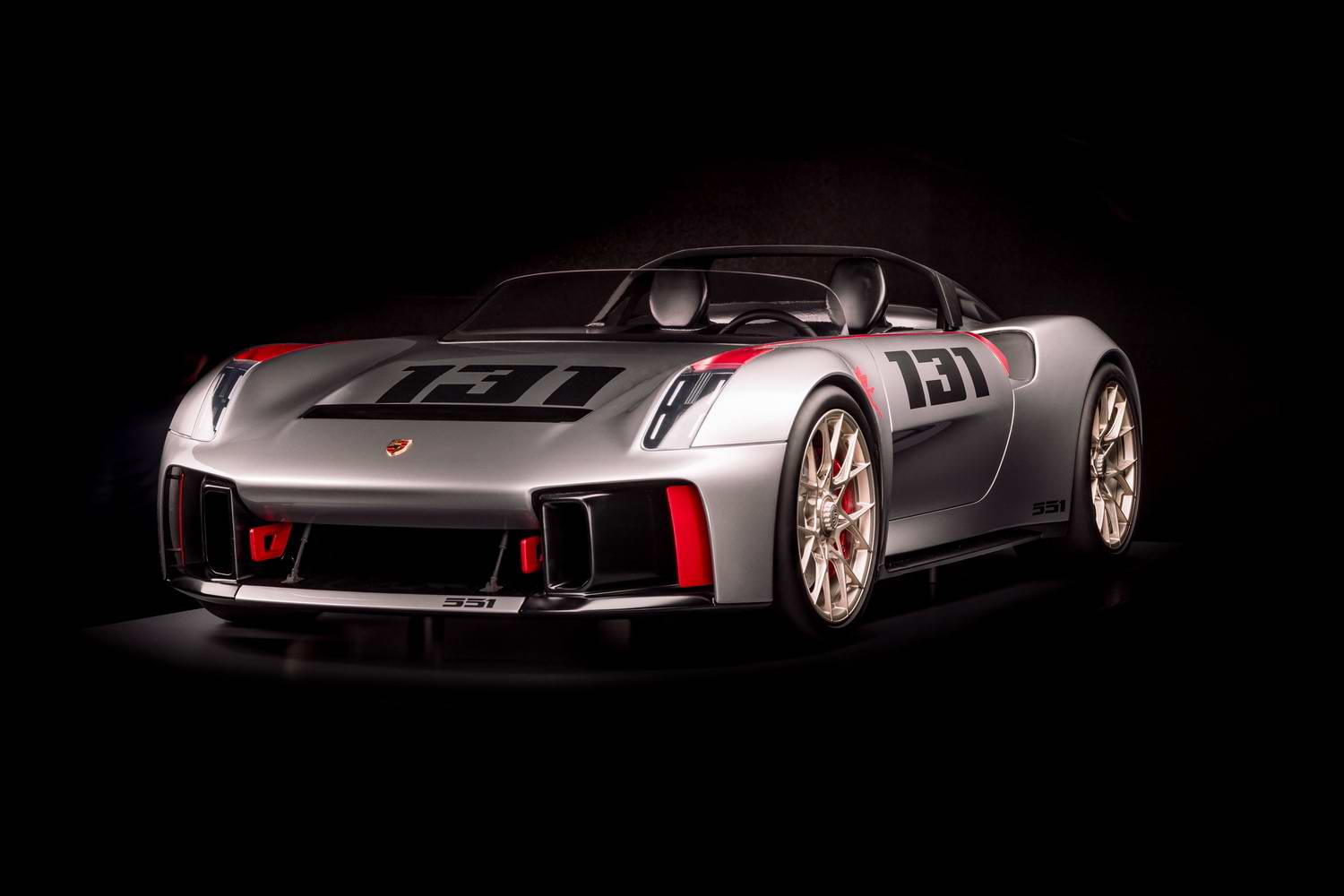 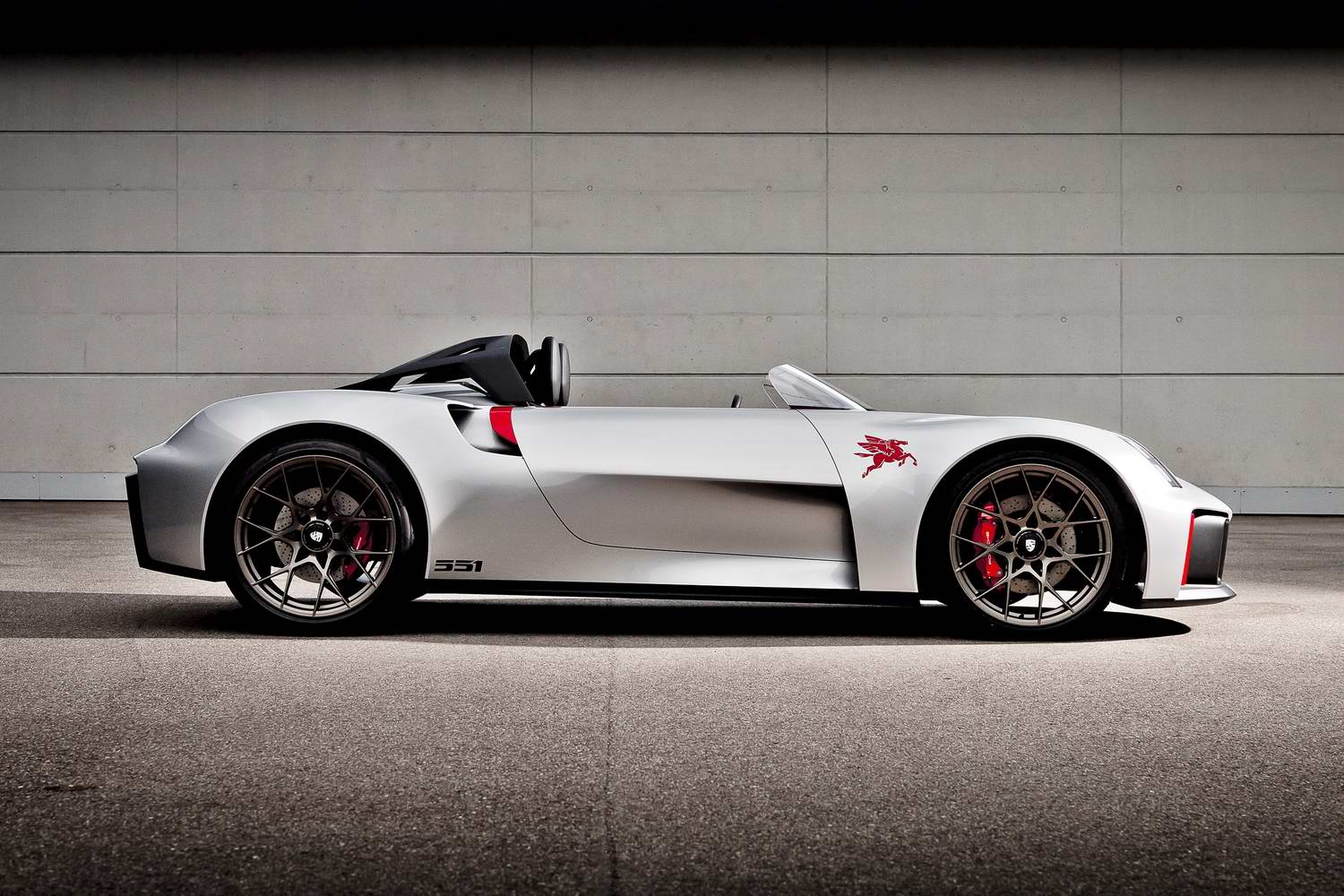 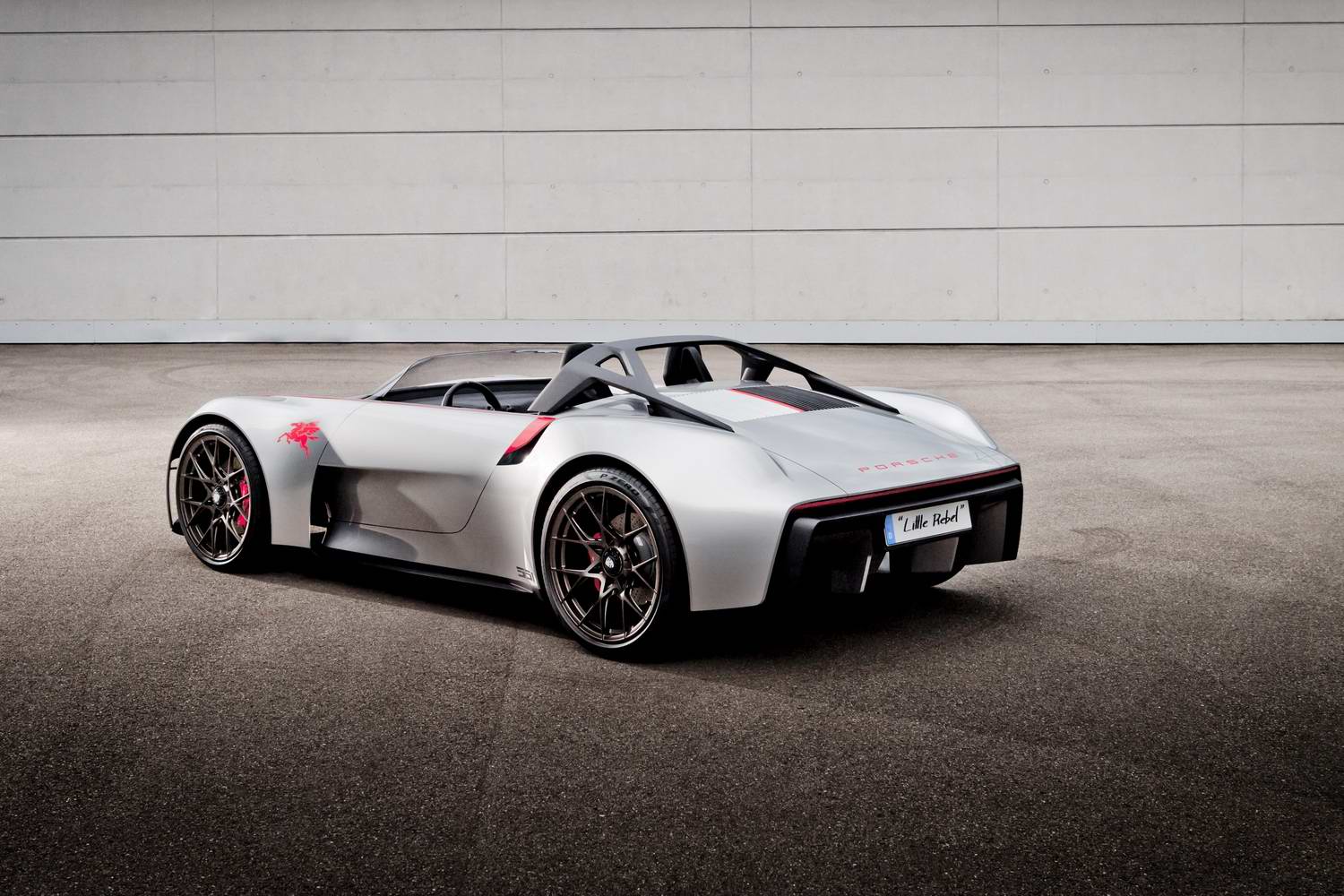 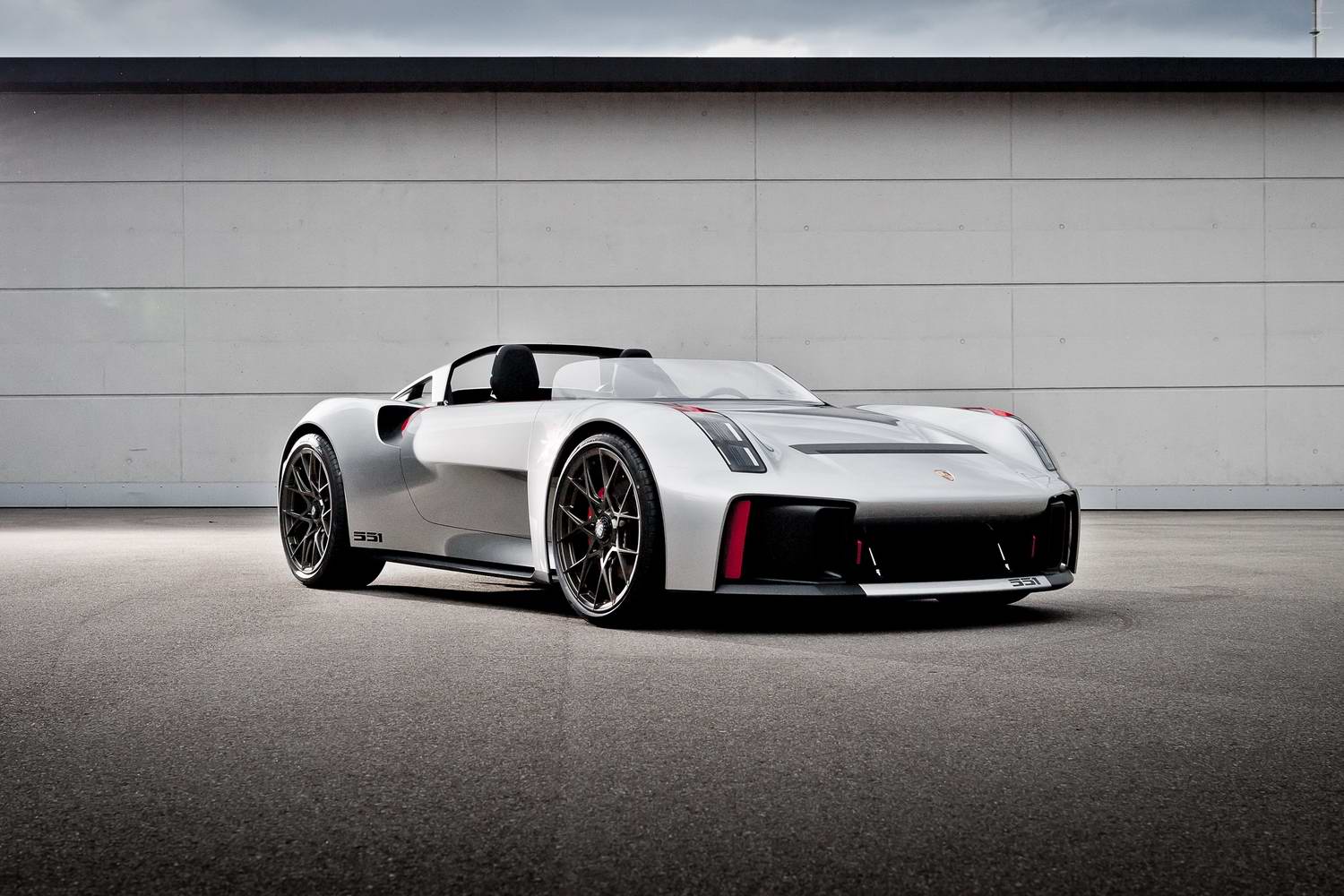 Concept cars often promise so much and then deliver so little. We see these things on the motorshow stands of leading manufacturers (back when the world could still have motorshows, of course...), with cameras for door mirrors, steering wheels that switch sides in the cabin, exterior alloys that can revolve sideways for low-speed manoeuvring, and external lighting panels which can broadcast messages and warnings to all and sundry, but very few of these features ever make it to production - although, in the case of the cameras, both the Audi e-tron electric SUV and Honda e EV city car have made these things a showroom reality.

However, there is an increasing trend in recent years for manufacturers to actually put vehicles into production that are little changed from their concept-car source material. So what if Porsche had had the guts to green-light some of these stunners? You see, for the first time ever, the highly respected German manufacturer has published some of its design studies from the period 2005-2019 that have previously been kept tightly under lock and key. In total, 15 concept cars which never saw the (public) light of day have been revealed to the world, allowing an insight into the way Porsche goes about its entire design process for a vehicle from drawing board to saleable product.

This collection of gems is called Porsche Unseen and not only will it be published by Porsche's German newsroom in a series of articles, there will be a book under the same title released by Delius Klasing publishing house. Better yet, some of the design studies seen in this latest reveal will be incorporated into the marque's incredible collection at the Porsche Museum in Zuffenhausen during 2021.

Oliver Blume, Porsche's incumbent chairman, said: "People all over the world love the timeless and innovative design of our sports cars. Visionary concept studies are the foundation of this success: they provide the pool of ideas for the Porsche design of tomorrow, and combine our strong tradition with trailblazing future technologies."

And Michael Mauer, Porsche's chief design and vice-president for Style at the company, talked about the design process, moving from a sketch to a 3D model to a 1:1 scale model: "The virtual world is the first step, but you especially have to experience the unusual models in reality in order to understand whether a car has small, large or surprising proportions.

"Porsche intentionally has just a single design studio - located in the direct proximity of development. Weissach is our epicentre. Instead of opening advanced design studios in the distant metropolises of North America and Asia, our designers come from all over the world to Porsche in Weissach in order to create the latest production sports cars and automotive visions at the heart of the brand. More than 120 designers, experts for interior, exterior, colours and materials, model builders, modellers and study engineers work in the Porsche Design Studio."

Explaining why not every concept and design study that Porsche moves to a significantly late phase in the development process eventually makes production, Mauer goes on: "When it comes to the visions we develop, it is not about bringing every car onto the road. Instead, it is more a question of establishing creative space and a relationship with the future. There are two possibilities for continuing to develop as a brand: either you improve your products from the present, that is to say step-by-step. However, it is difficult to be really innovative in this process. Or you give free rein to your creativity. The idea is to let your thoughts jump to the day after tomorrow, and to then move back from there to tomorrow."

So, without further ado, here are three of the best machines that never quite made it to the production lines of Porsche...

The Porsche 919 Hybrid shouldn't need any introductions, really, as it's a motorsport legend. But just in case you don't know, this was Porsche's challenger in the World Endurance Championship (WEC) from 2014-2017 inclusive, the WEC being the series that contains, among many other prestigious races, the Le Mans 24-Hour. The 919 stormed to an overall victory in what is arguably the most famous one-off event in the motorsport calendar for all of the three years from 2015 to 2017, and then it was retired from competitive action. Whereupon, it became the 919 Hybrid Evo, was uprated - yes, UPRATED - from its racing guise, as it was freed from constricting regulations, and went on to set the outright lap record at the fabled Nürburgring Nordschleife in June 2018. In the hands of Timo Bernhard, the 919 Evo went round the track in a scarcely believable 5 minutes 19.546 seconds. This shattered the old record of 6 minutes 11.13 seconds but, to give you an idea of just how phenomenal achievement the 919's lap was, that older record had stood unchallenged for 35 years - it was posted by Stefan Bellof in, fittingly, Porsche's then-Group C Le Mans racer, the 956.

So how would you like the idea of a Strassenversion of the 919? You would? Oh. Well then, what a pity, because Porsche was on the verge of building one. Almost echoing the legendary 911 GT1 Strassenversion homologation car, of which 25 examples were made in the late 1990s, the German company did the same thing on the 919 Street. A 1:1 clay model was knocked up in 2017 and it used the same petrol-electric hybrid tech of the WEC version, namely a V4 turbocharged 2.0-litre petrol enhanced with electrical power. It would have developed around 900hp in a carbon-monocoque chassis. It would have been epic. It didn't quite make it. Boooooo!

There have been plenty of Porsche Spyders over years, the most recent being the terrific 718 Spyder, based upon the existing Boxster. But they all date back to the 550-1500 RS Spyder from 1954, one of Porsche's most successful early competition vehicles. To that end, look closely at the bodywork just in front of the rear wheels on this 2019 Vision Spyder concept and you'll see the legend '551' lurking on the sills. Neat. This car features a 'spartan, puristic cockpit' and has radiator grilles sitting over the mid-mounted engine. Fins and the rear and red graphics set the whole thing off, and is it just us that also sees a little bit of the VW-Porsche 914 (1969-1976) in that rear three-quarter view? Anyway, the Vision Spyder was a design study to 'further develop the design identity of Porsche and provide a pool of ideas for future details' - one example being that ultra-modern roll bar up top, which we may see on a production Porsche Spyder of the future.

If you can remember the enthusiasts' furore when Porsche launched the Cayenne SUV way back in 2002, just imagine the uproar that would have ensued had it launched an MPV. But doesn't this thing look glorious? 'Renndienst' translates as 'Racing Service' and this is a family friendly space concept for up to six people. The driver sits centrally in this space-shuttle-like pod, while it features all-electric drive technology mounted in the MPV's underbody. We happen to think it's a shame this never saw the light of day, because we think it is fabulous to behold - and Porsche got to the point of making a 1:1 scale 'hard' model of it in 2018.

Like what you've seen here? Then buy the Porsche Unseen book (ISBN 978-3-667-11980-3) from all good retailers. All 15 design studies are presented in detail within over 328 pages, with photos by Stefan Bogner and words by Jan Karl Baedeker. If you're planning a visit to the Porsche Museum when the Covid crisis finally permits, it will also be available in the shop located there.