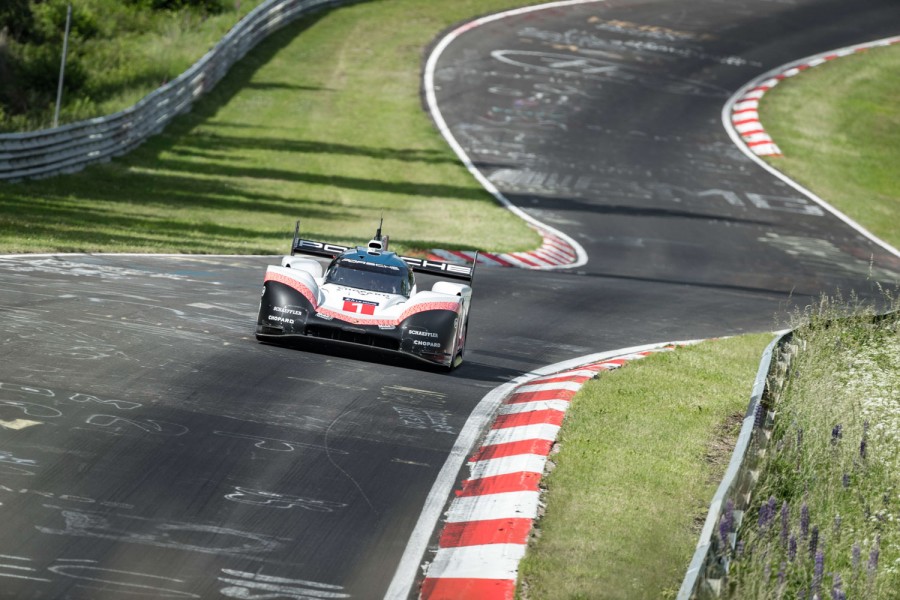 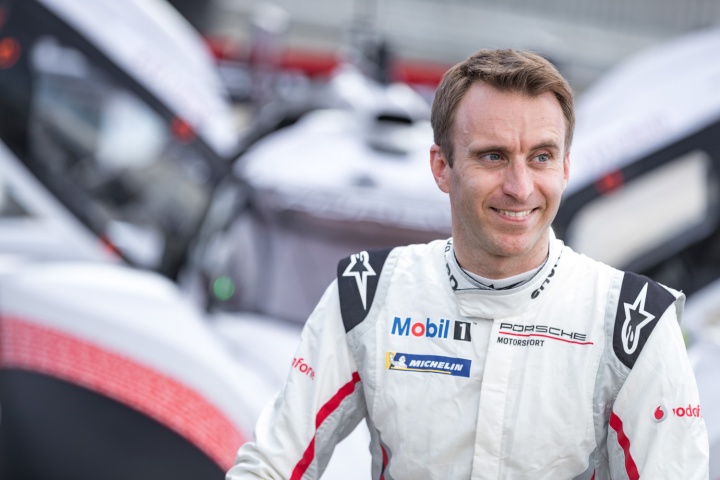 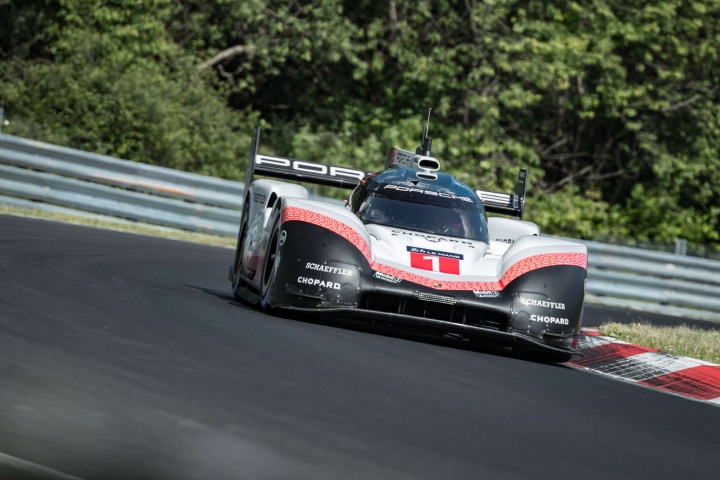 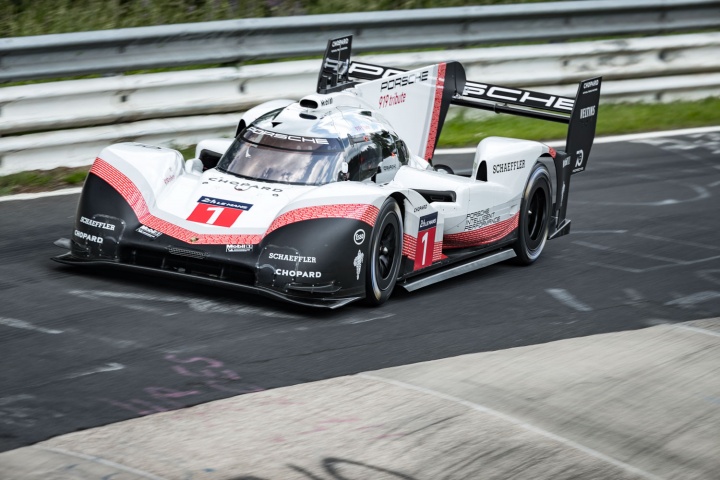 Bellof’s 35-year record has been taken by the 919 Hybrid Evo.

We all knew, or at least strongly suspected, that it could do it, but we didn't know that it could do it like this. The Porsche 919 Hybrid Evo has just taken the 35-year old lap record for the Nurburgring Nordschleife and not merely broken it, nor even smashed it, but given it a damn good thrashing.

Back in 1983, at the Nurburgring 1000km sports car race, German driver Stefan Bellof took a Porsche 956 (in the classic Rothmans colours) and set a lap record of the 20.8km Nurburgring that would stand until today. He propelled that 956 (a car in which the driver's feet were in front of the front axle line, let's not forget) around the 'Ring in 6 minutes 11.13 seconds, at an average speed of more than 200km/h.

Bellof should have used that performance as a platform for greatness. He would, indeed, later wow the crowds at the Monaco Grand Prix by hunting down both Ayrton Senna and Alain Prost in his underfunded Tyrrell, but sadly he would perish, in a 956, in a horrendous crash at Spa Francorchamps. For many years after, people said that no-one would break his 'Ring record, not least because of superstition.

However, Porsche decided it was high time for a crack at that. With the brand's departure from Le Mans and the World Endurance Championship, it had the amazing 919 Hybrid race car sitting around, doing not much. Instead of allowing it to become a museum piece, though, Porsche's engineers decided to see how fast they could make it go, when it wasn't subject to the strictures of the Le Mans and WEC rules.

So, both the V4 turbo petrol engine and the hybrid system were let off the leash, raising power from around 1,000hp to more like 1,200hp. Weight was reduced, to a mere 849kg, because items such as headlights could be binned, while the aerodynamic package was tweaked in ways that would never get past the Le Mans scrutineers. The upshot of all of that is a car that's faster than a contemporary F1 racer, and has already taken an outright lap record at Spa Francorchamps.

The Nurburgring was always going to be tougher, though, with its blind crests and innumerable corners, and there was always the chance that the 919 wouldn't be up to the task on this most dangerous, most challenging of race tracks.

Spolier; it was. It was by a colossal margin of almost a minute. German racer Timo Bernhard was the man chosen for the task, and he has broken Bellof's record with a lap time of 5 minutes 19.55 seconds.

"This is a great moment for me and for the entire team - the 919 programme's icing on the cake. The Evo was perfectly prepared and I have done my best on this lap. Thanks to the aerodynamic downforce, at sections I never imagined you can stay on full throttle. I'm pretty familiar with the Nordschleife. But today I got to learn it in a new way", said the 37-year old from Bruchmühlbach-Miesau in the German region of Saarpfalz. He is a huge admirer of Stefan Bellof. In 2015, on the thirtieth anniversary of Bellof's fatal accident, Timo raced at the Spa-Francorchamps 6-hour race of the FIA World Endurance Championship with a helmet carrying the famous black-red-gold design of the 1980s star. "For me Stefan Bellof is and remains a giant", he emphasises. "Today my respect for his achievement with the technology available back then increased even more."

LMP Team Principal Andreas Seidl commented: "As a race team we constantly search for challenges that push a car, driver and team to operate on the limit. Conquering the "Green Hell" definitely provided such a challenge. Since last winter we were preparing for that task together with our tyre partner Michelin - painstakingly and with a great deal of respect for this track. Today we have shown the full potential of the 919 Evo. Congratulations to Timo for his sensational drive. Being a record winner at the Nürburgring, Timo was the logical choice for the job. Balancing attack and caution at all times was mandatory on this circuit. Safety is the highest priority. In this regard, I also like to thank the Nürburgring team. Porsche cultivates a long and deep relationship with the 'Ring. Record attempts wouldn't be possible without the highly professional track support."

Fritz Enzinger, Vice President LMP1, added: "A big thank you goes to our development team in Weissach and the crew on site for the focused and safe operation of this record attempt. It is terrific what our team has achieved in four years in the World Endurance Championship: From 2015 to 2017 three overall wins in Le Mans and three drivers' and three manufacturers' world championship titles. This isn't easy to be reproduced by anyone. The Tribute Tour is our homage on these years. We didn't want to see the most innovative race car of its time disappearing unceremoniously in to the museum. Thanks to the support from our partners, we were able to develop the Evo version of the Porsche 919 Hybrid for record attempts."

The 919 Hybrid Evo isn't finished yet, either. It was visits to Spa, Goodwood, Brands Hatch, and Laguna Seca all coming up later this year, so yet more track records could fall. This was the big one, though. Something tells us Bellof himself would be pleased someone's finally cracked it, but raging that he can't have a return game...