Is it EVs like the ID.3 all the way now? 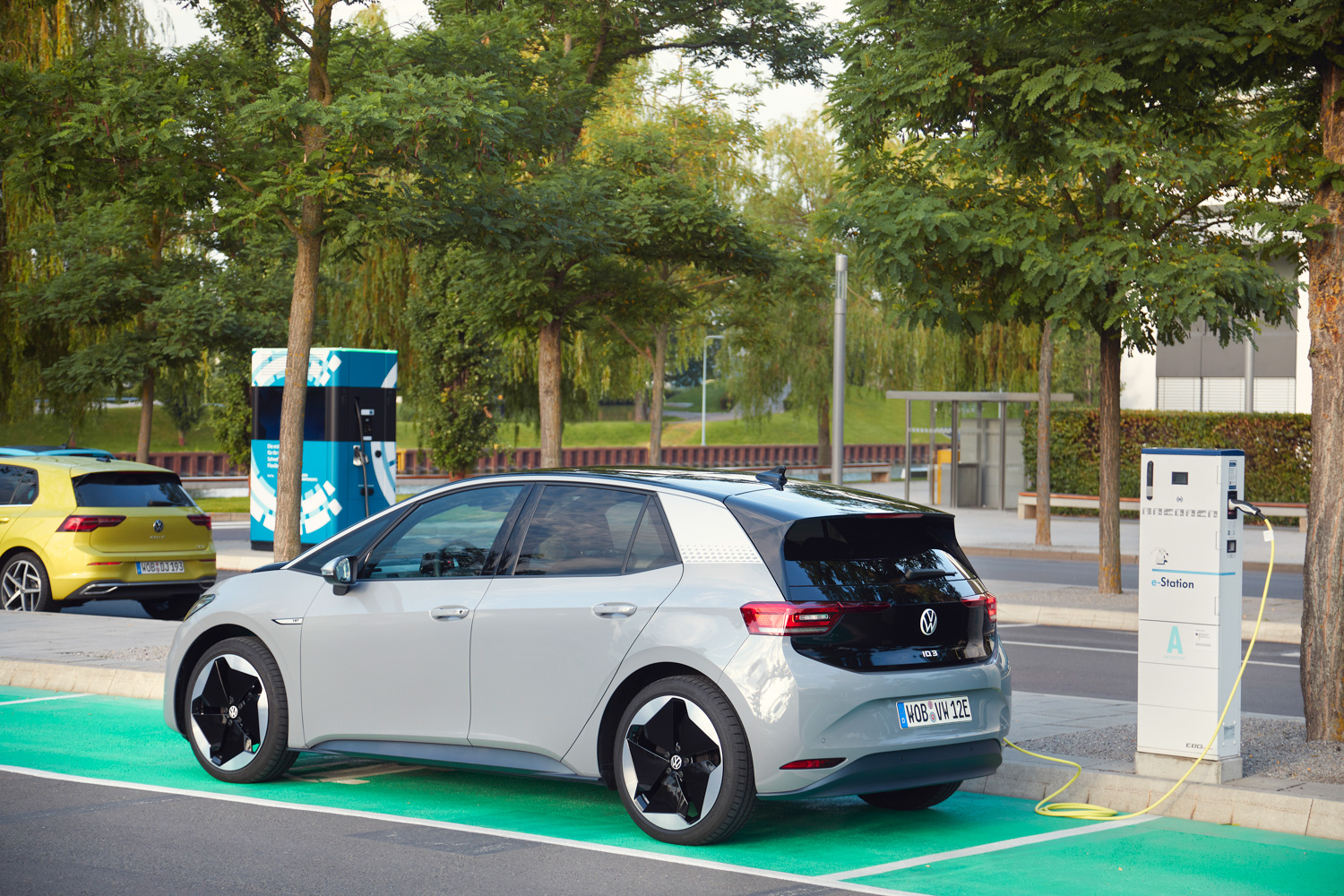 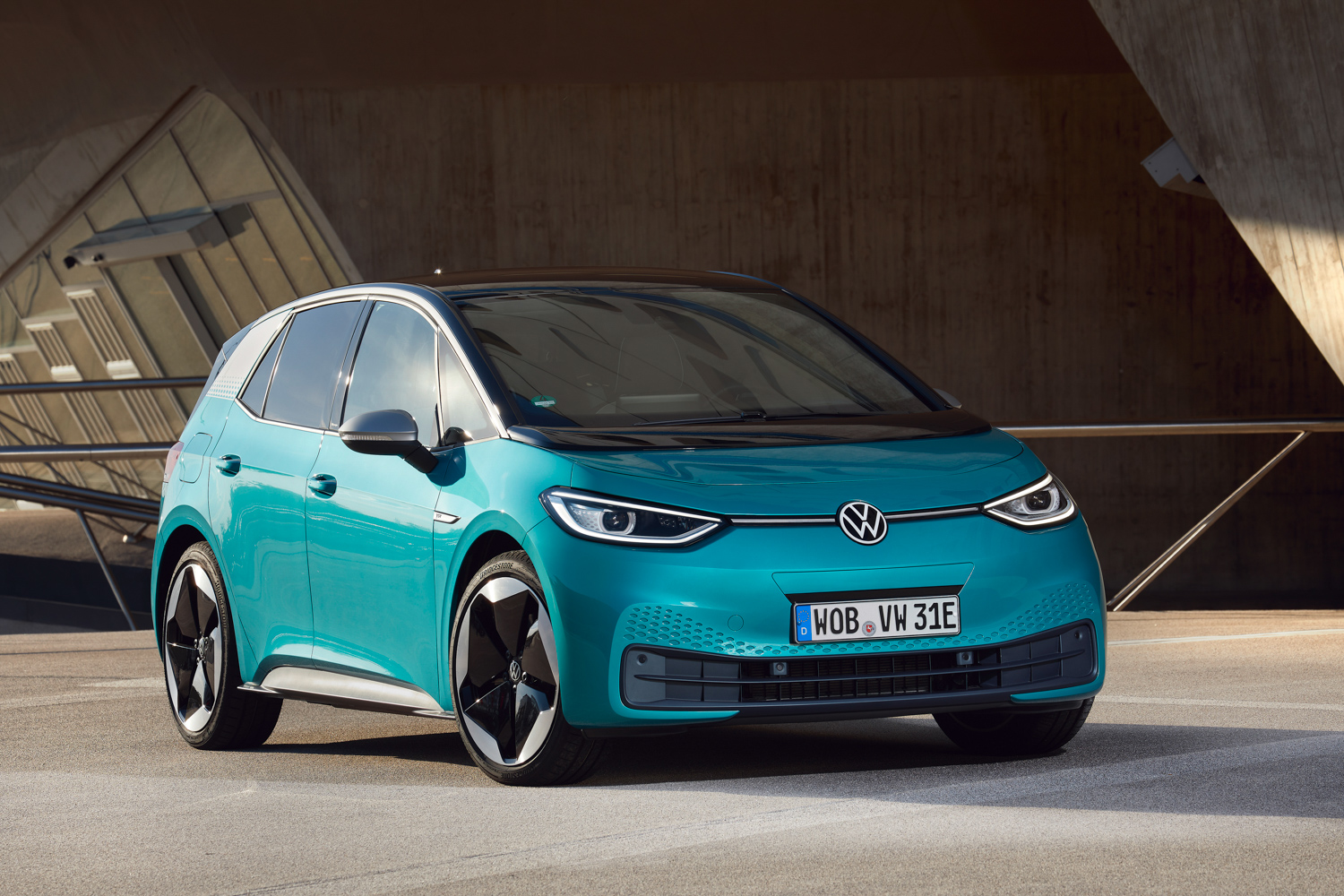 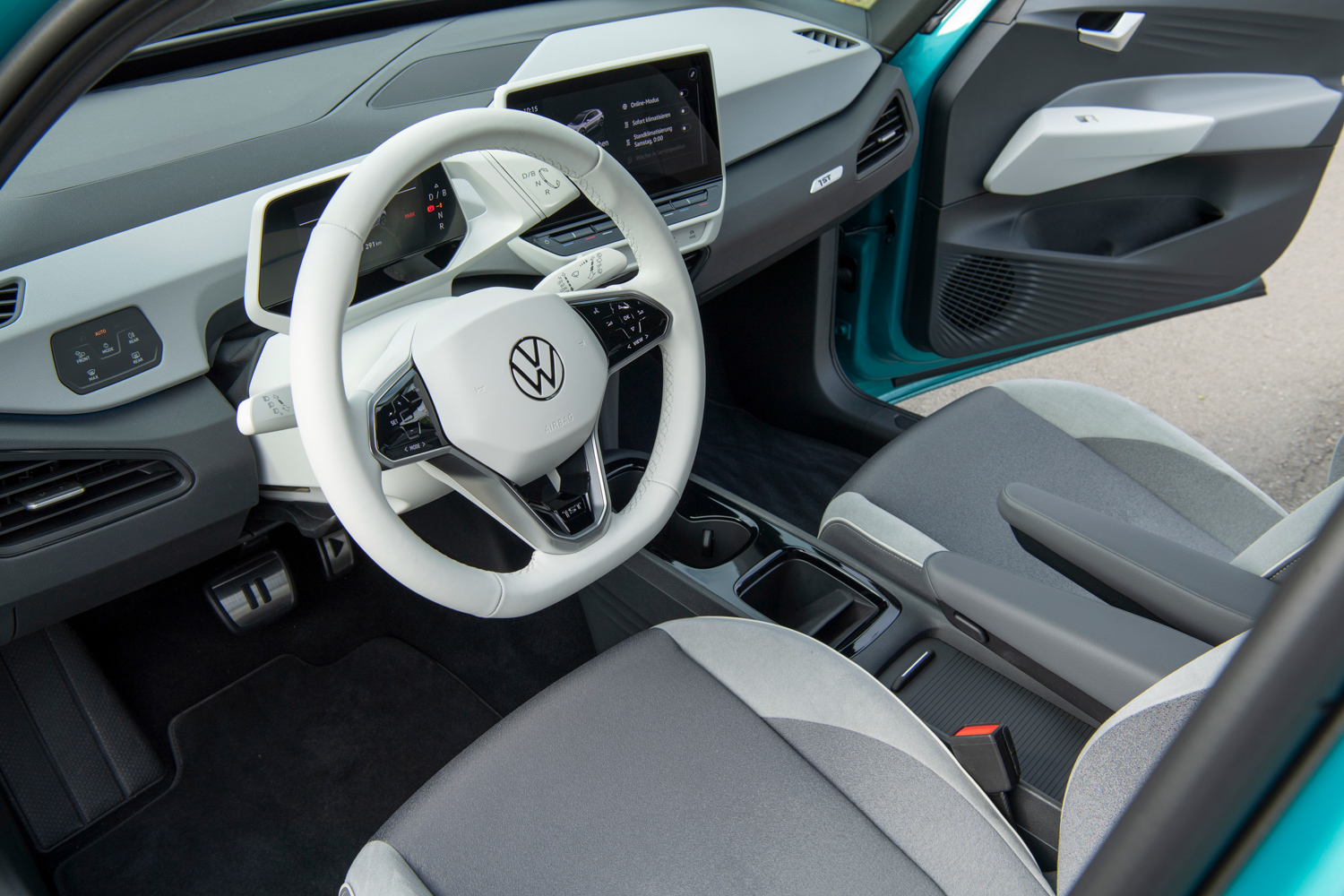 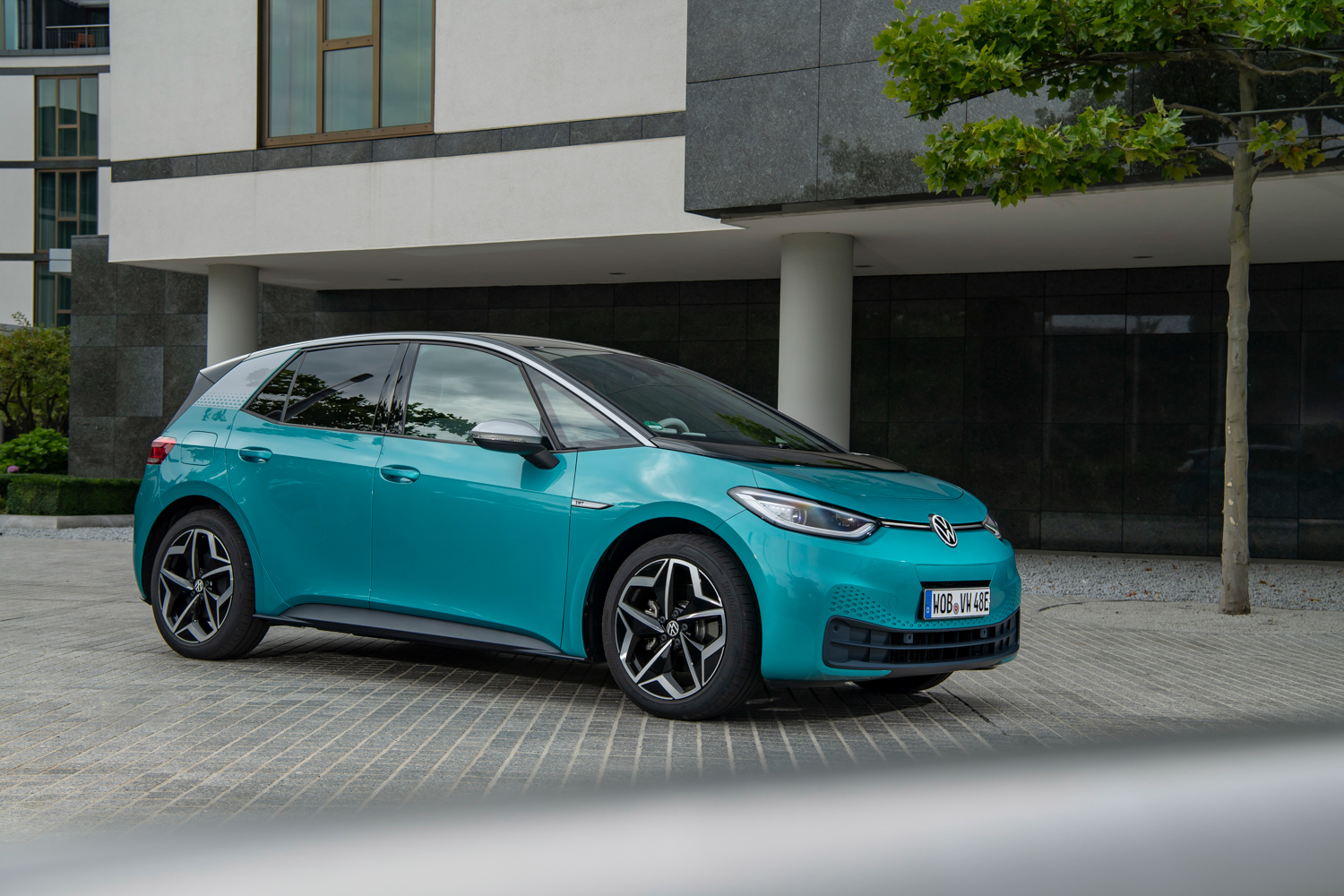 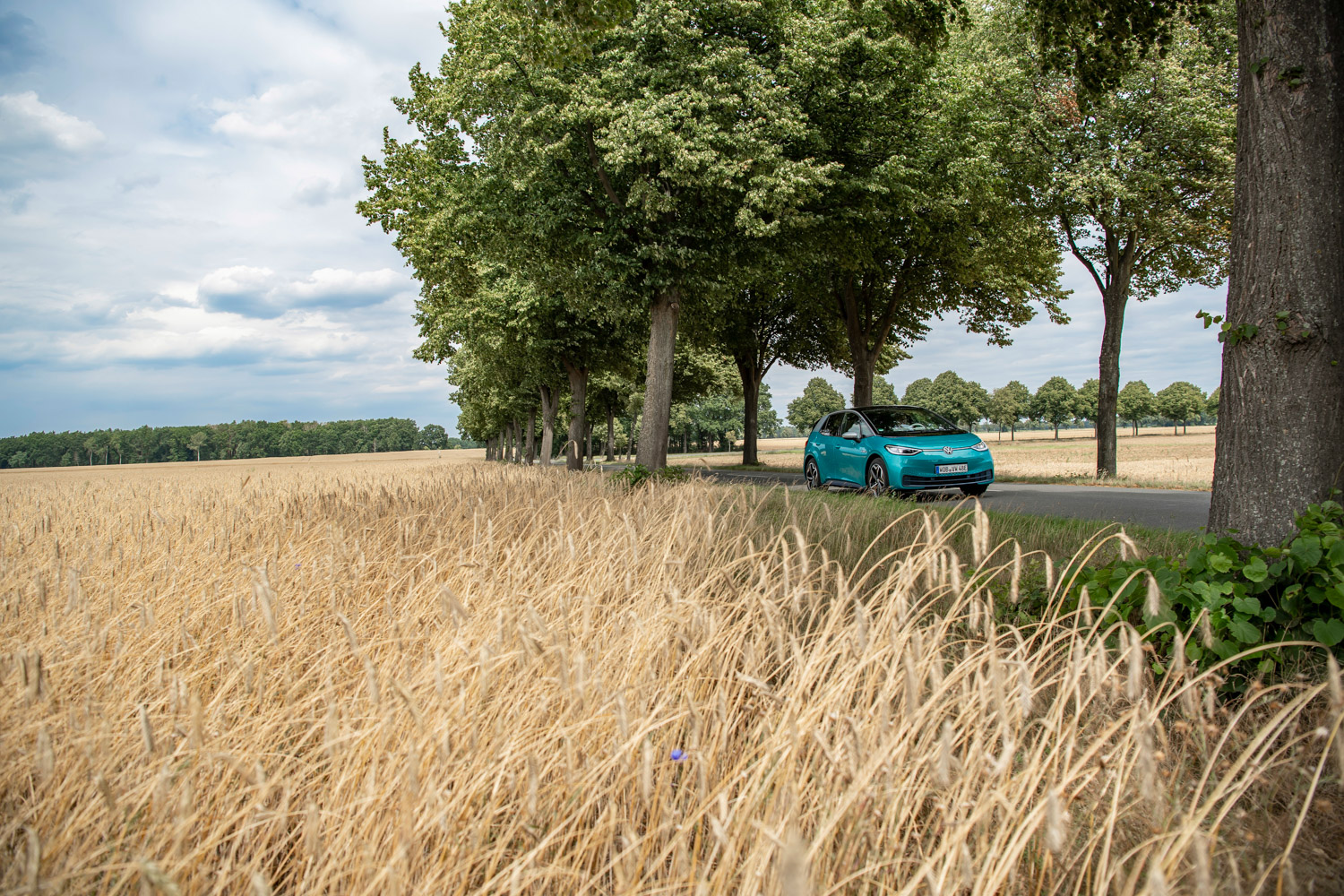 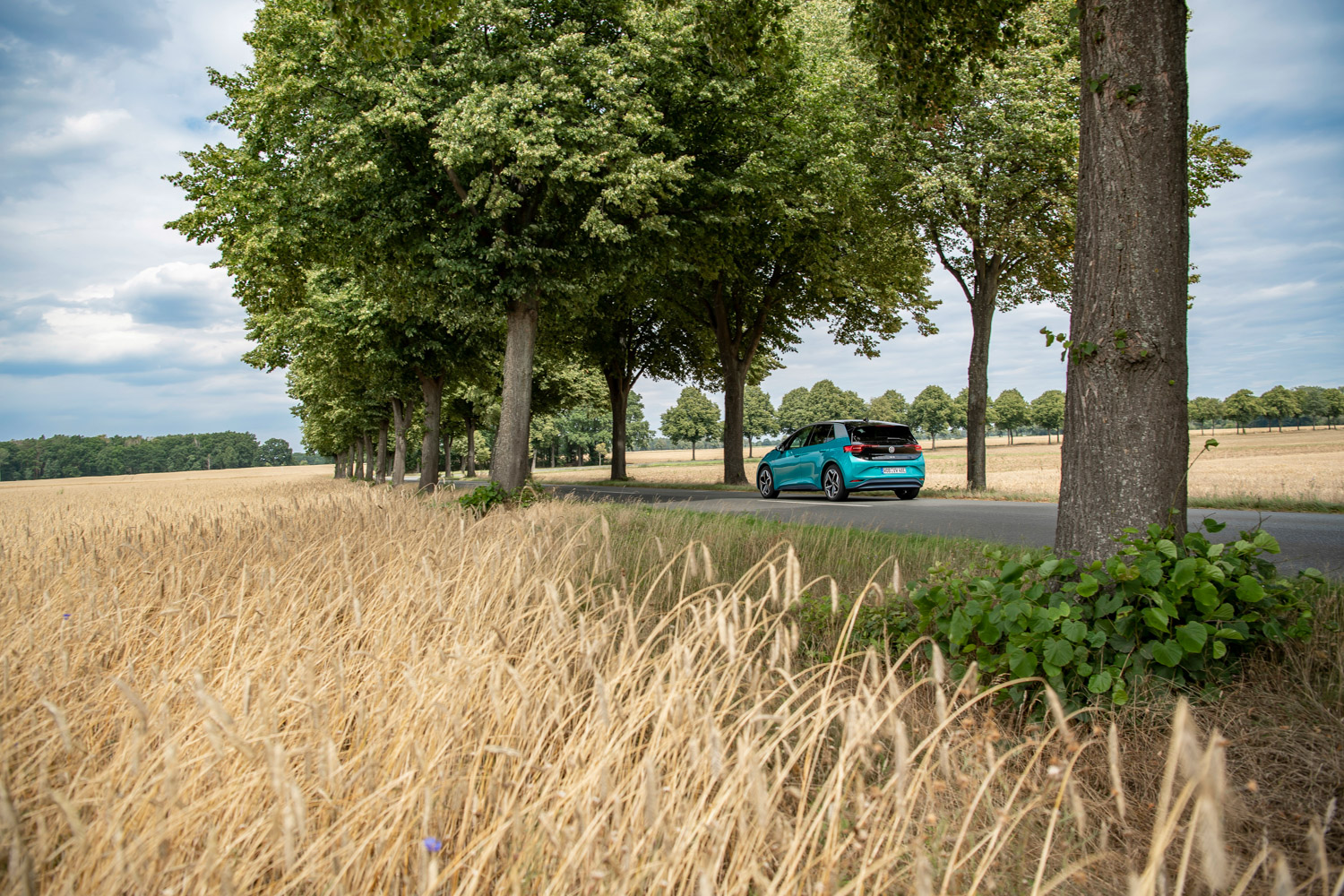 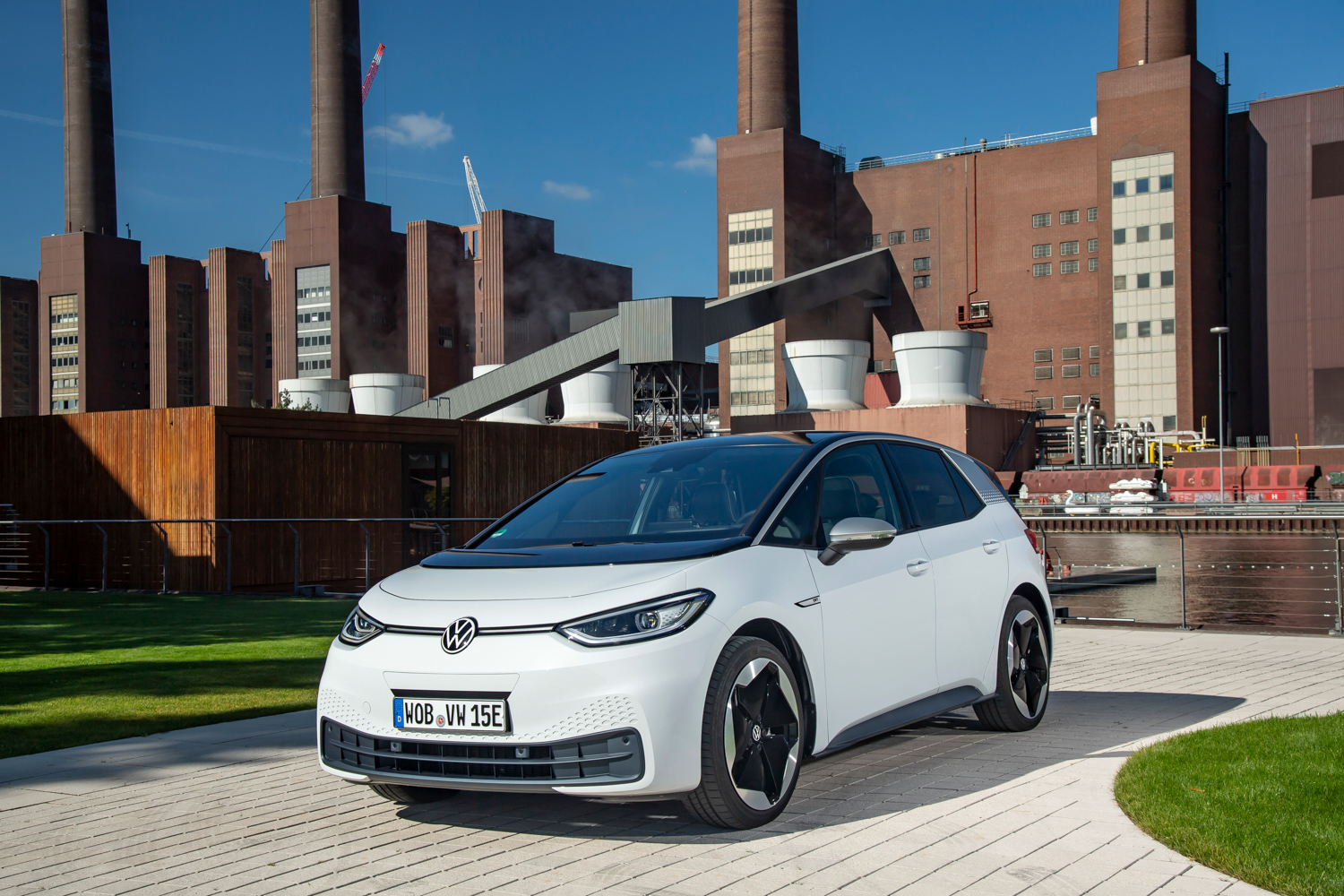 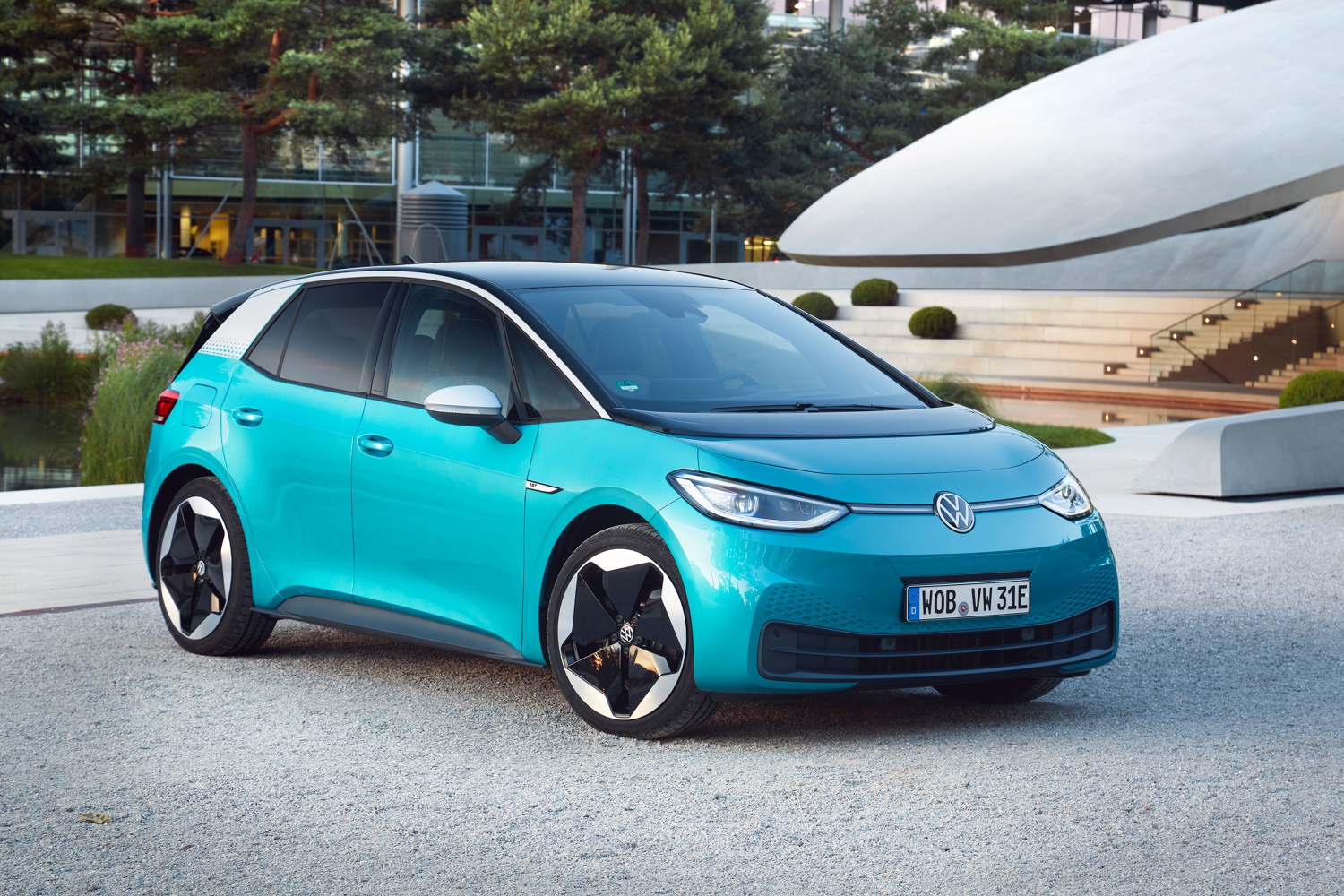 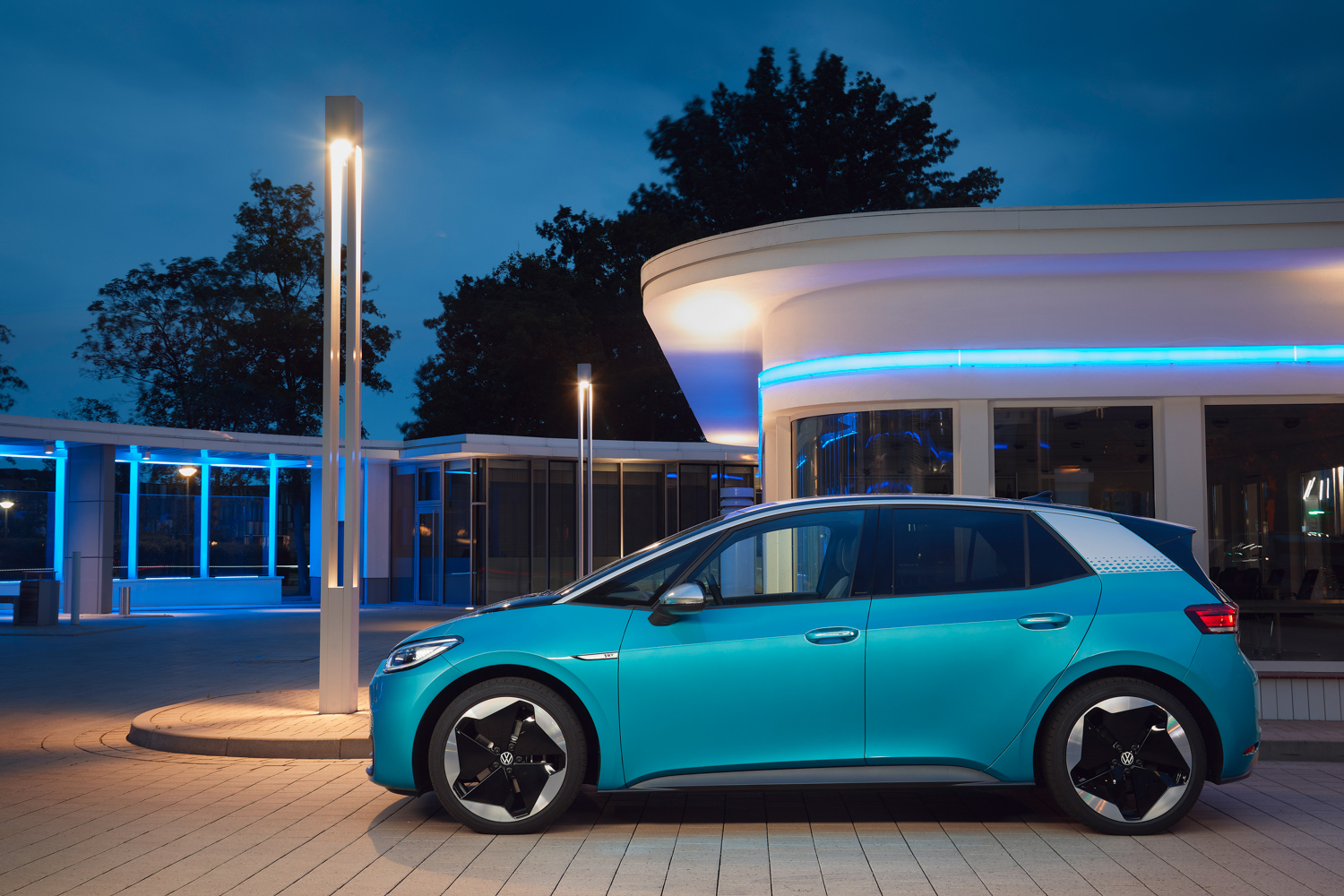 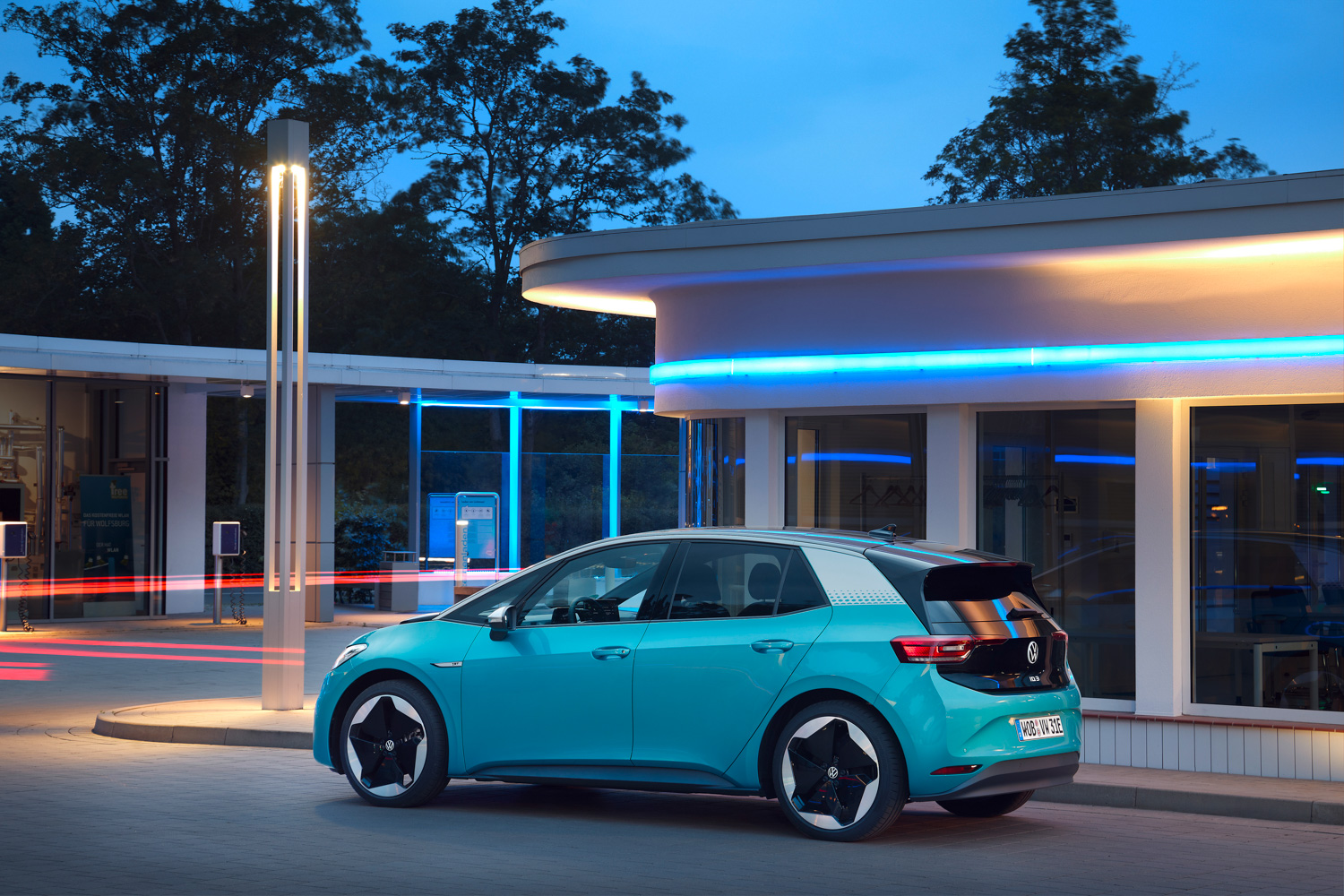 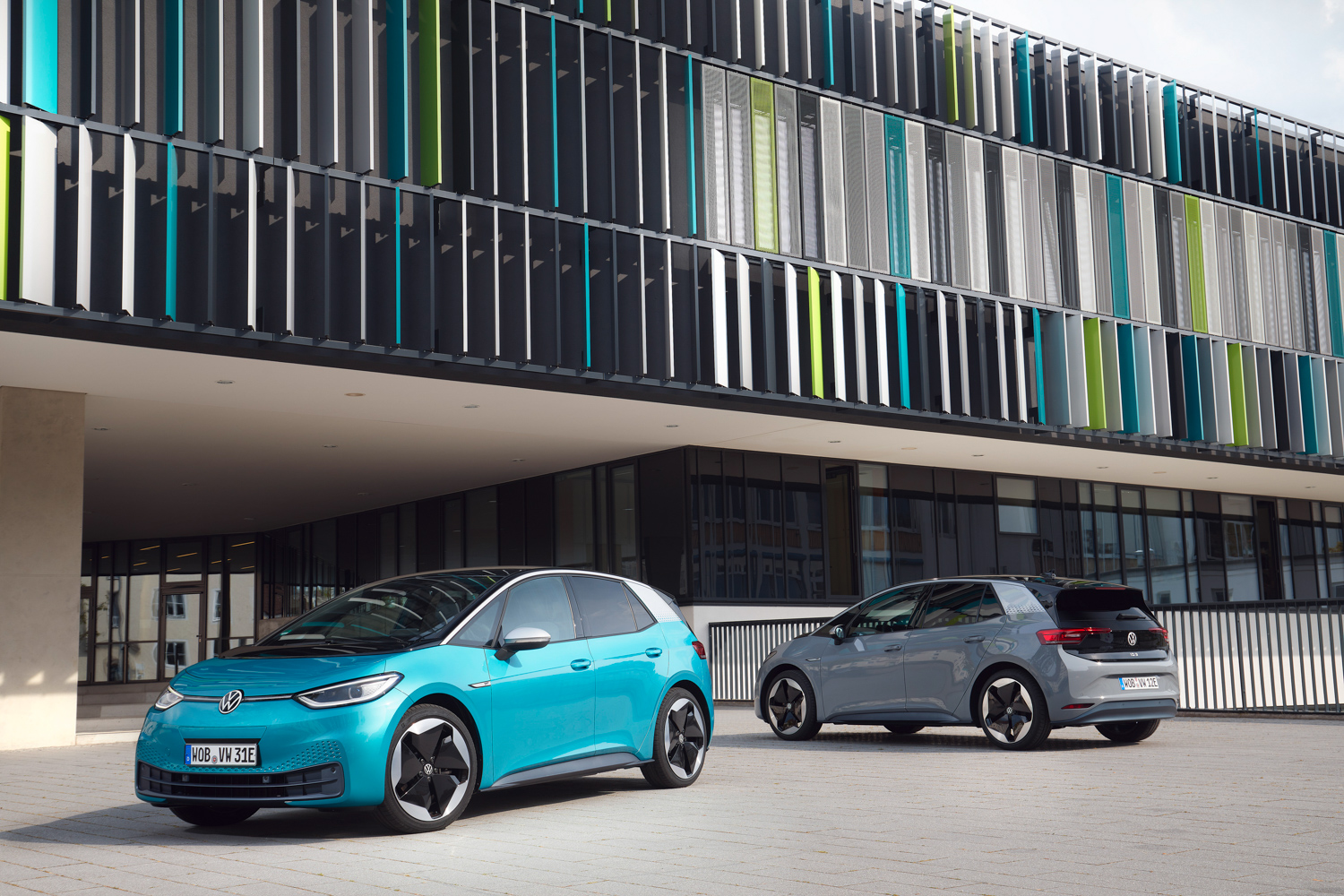 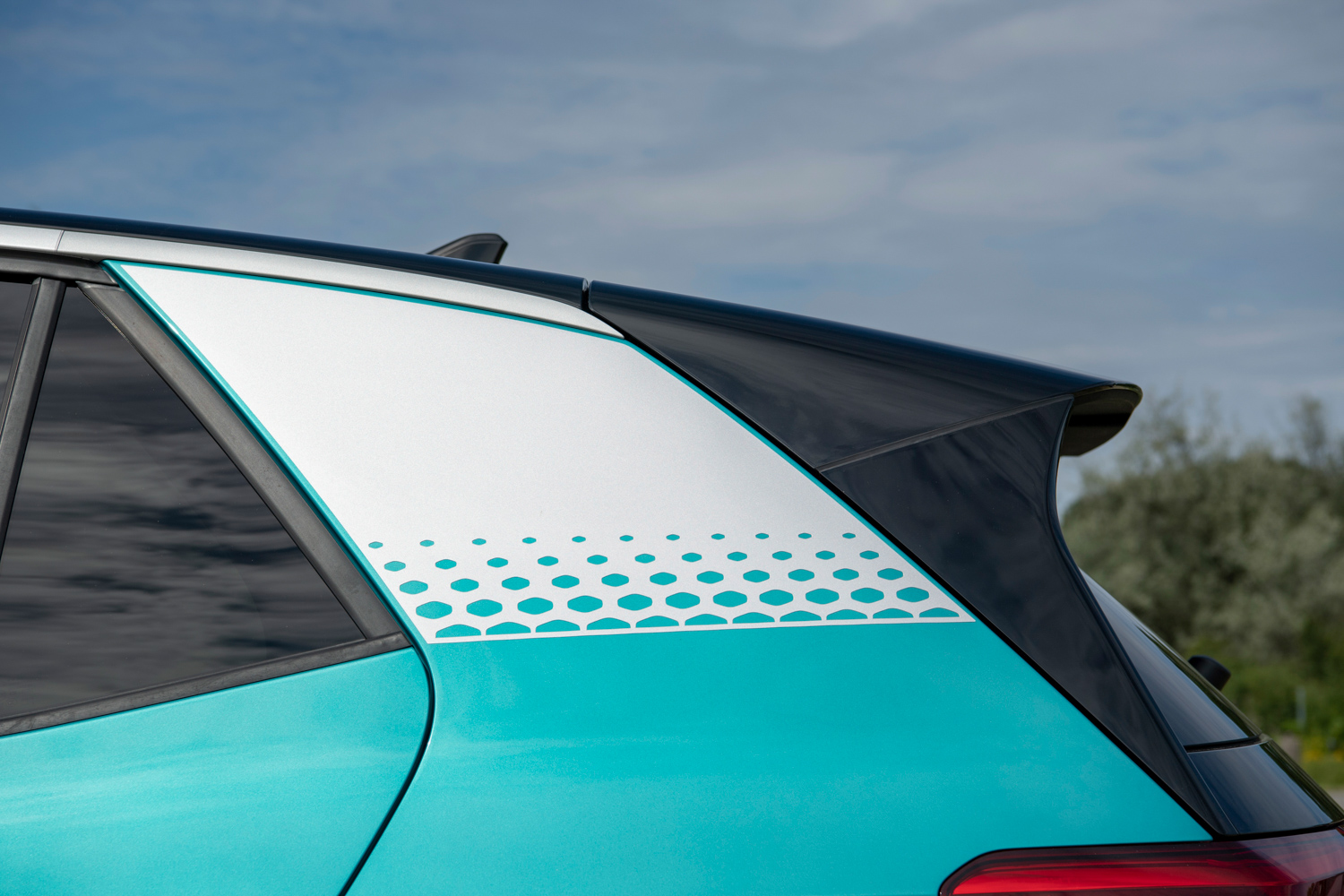 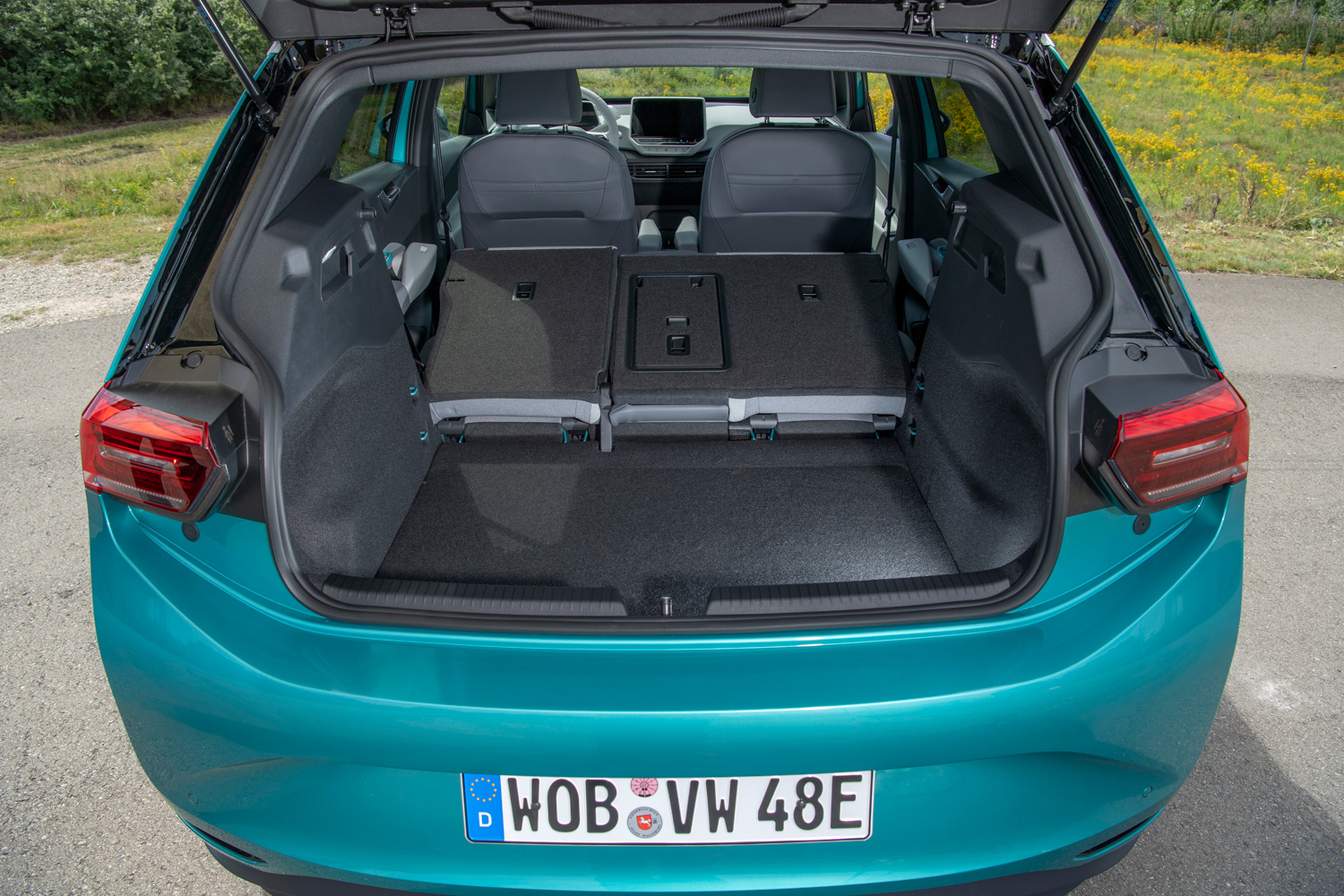 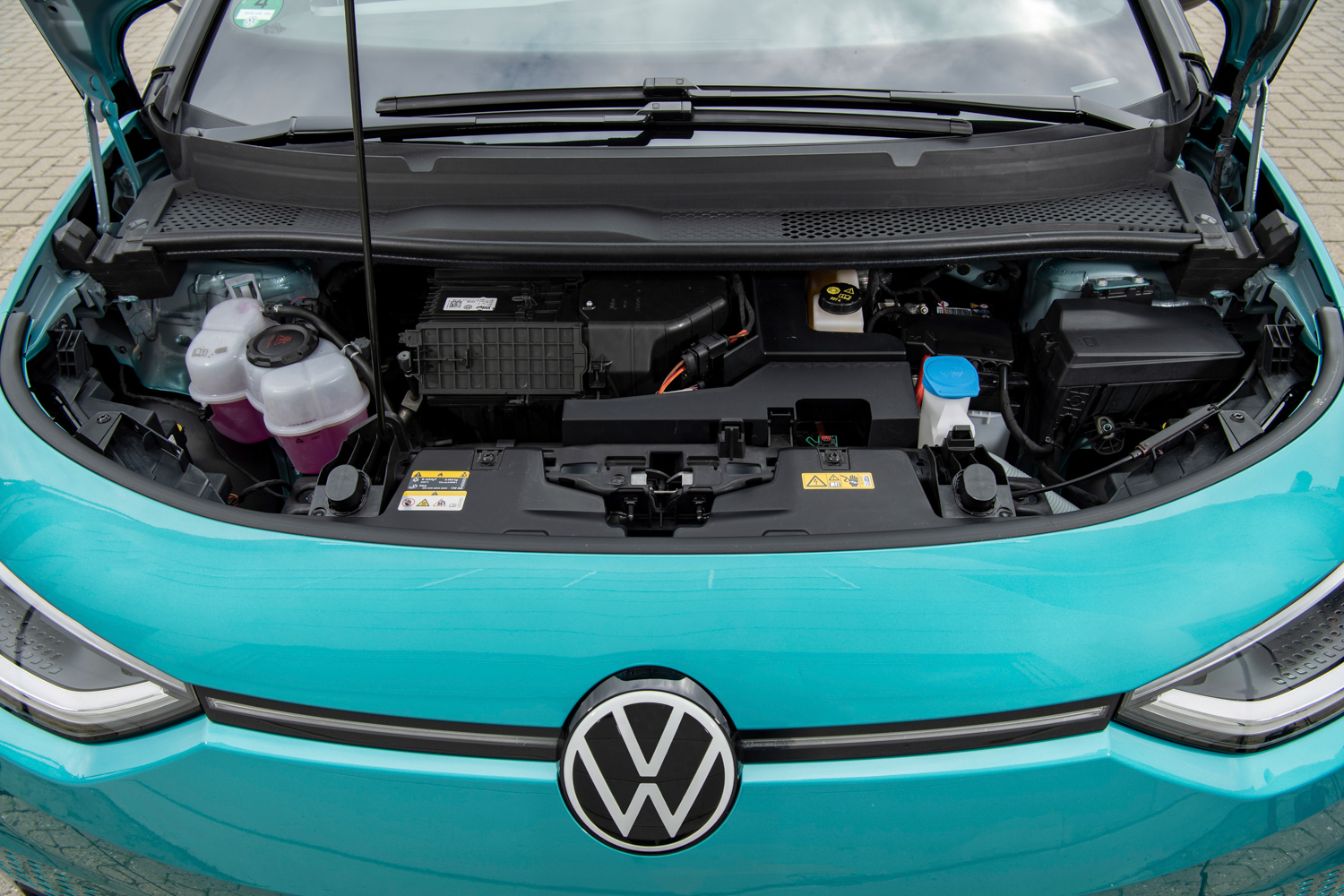 Volkswagen’s new electric star tops the charts two months in a row. Have we crossed the electric car rubicon?

Volkswagen's new all-electric ID.3 was always going to be big news. Both a car and an apology for VW's diesel dramas, it began development in the wake of the emissions scandal of 2015, but has arrived - propitiously - just as we're in the midst of a climate crisis. The fact that (some shonky infotainment aside) it's a generally excellent car is almost neither here nor there. The ID.3's significance could have been accused of being pumped up, even puffed up, by Volkswagen itself, which has - in its marketing at any rate - claimed that the ID.3 will be seen as historically significant in the same way that the Beetle and Golf were before it.

However, self-aggrandising that might be, the fact is that for the past 60 days, Irish customers have been flocking to the ID.3 like no other. In September, Volkswagen sold or registered 235 ID.3s, putting it one single unit ahead of the mighty Toyota Corolla, which has been, overall, the best-selling car in Ireland this year. In October, the number was much lower - just 95 ID.3s sold or registered - but it was still enough to beat the perennially popular Hyundai Tucson into second place, albeit only by a margin of three sales.

According to a spokesperson for Volkswagen Group Ireland: "For the second consecutive month, the ID.3 was the top-selling model in Ireland. The ID.3 commanded 4.06 per cent of the new car sales in the month of October and the Volkswagen brand was the top-selling car brand in the month of October with 12.44 per cent market share. Volkswagen remains the top-selling brand in Ireland year-to-date with 12.11 per cent market share. Sales of the ID.3 have come mainly from the ID.3 1st Editions, most of which have now been accounted for, but there remain a handful of these special models left in retailers. The ID.3 regular series and ID.4 1st Editions (VW's first electric SUV) are now available to order remotely from Volkswagen retailers nationwide."

So, how significant is the ID.3's chart-topping performance? Well, it probably won't last, at least not in the short term. Supplies of the ID.3 are going to be on the tight side for a while, as the car is rolled out across Europe and the rest of the world, so while the current Irish allocation has sold well, eventually more populous cars will overtake it in the charts, especially once we get to January (all things being equal under COVID). It must also be noted that September and October are not big sales months in the Irish car industry calendar, so the ID.3 was playing on a slightly smaller pitch than it will be come the first quarter of next year. Some of the success is down to a pent-up demand for the car, and the sheer fact that a large shipment of them arrived all at once.

However, there is certainly some significance in that a car which is relatively limited in its supply has managed to top the charts for two months in succession. That it has done so in a year which has otherwise been dominated by a hybrid car - the Corolla - means that yes, almost certainly, a Rubicon of sorts has been crossed and we are now into an era when Irish car buyers will start to buy more and more electric and electrified vehicles.

Of course, this is not some Pauline awakening by Irish car buyers. It's doubtful that many are being driven to switch because they've watched a David Attenborough documentary, although certainly, the general swirl of the climate crisis will be tweaking some consciences. However, it's far more likely that most buyers who are switching to electric are doing so for two reasons: availability and affordability. Even as the Government tweaks and changes the incentive backups for electric cars, the simple fact is that in the long term it's cheaper to fuel up from a plug attached to your house than it is from a petrol station. Plus, with the tax system being ever more tilted in favour of electric cars, people are increasingly getting the message that it's time to switch, if you can. On top of which, carmakers are rapidly rolling out more and more electric and plug-in hybrid models, so as to meet the EU's tough 95g/km average fleet emissions legislation, and avoid catastrophic fines.

We are, to an extent, following the trends of our European cousins. Take France, where a dramatic ramp-up in electric car incentives, as part of French efforts to fight the climate crisis, drove sales of the new Renault Zoe through the roof. So much so, that Renault has now become an electric-heavy car maker, able to offer its emissions credits to other car manufacturers who are struggling to hit their averages.

We have also seen, this past month, a significant tipping point in Europe, when sales of electric, hybrid, and plug-in hybrid cars have overtaken those of diesel models. Even though big diesel players such as Mercedes say that they're still optimistic that diesel can still have a future, not least as a component of super-frugal plug-in hybrid powertrains, others are scrambling to dump black-pump options. Renault has removed diesel engines from almost all of its model ranges, save for the Megane. Mazda has dropped diesel options from the 6 saloon lineup, while Ford has stopped making diesel-engined Fiestas.

As with ID.3 sales in Ireland, the gap in Europe between diesel and electrified sales was not big - 25 per cent plays 24.8 per cent - but it still feels like a significant inflexion point, a hinge of history when things begin to change. Speaking about the figures, Felipe Munoz, Global Analyst at JATO Dynamics commented: "The shift from internal combustions engines to EVs is finally taking place. Although this is largely down to government policies and incentives, consumers are also now ready to adopt these new technologies."

We have a ways to go in Ireland in that regard, just now. Looking at those October figures, even though the ID.3 topped the sales charts, 44 per cent of car buyers still chose a diesel-engined vehicle. Add all of the various electric, plug-in, and hybrid options together, and they account for a significant 23.8 per cent of the October market but are still well-behind both diesel and the 31.53 per cent figure for petrol power. However, electric - as in battery-electric, not hybrid nor plug-in hybrid - did break the 10 per cent sales figure in October, another major milestone on the electric road.

For now, Volkswagen Ireland will be happy that the ID.3 has found its new owners, and that it's generating such publicity by topping the sales charts. Keeping it, or any other electric car, up there will still take quite some effort.