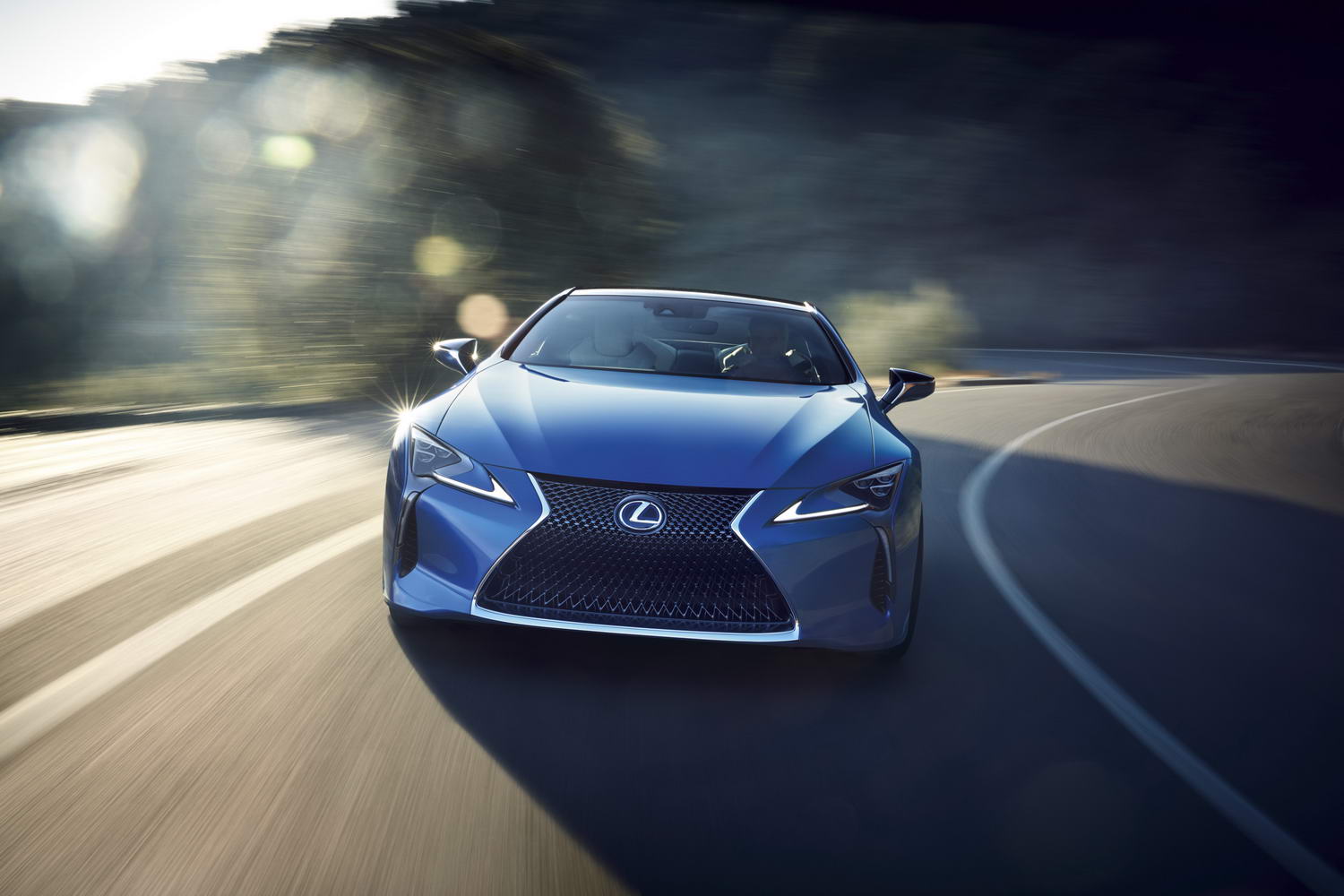 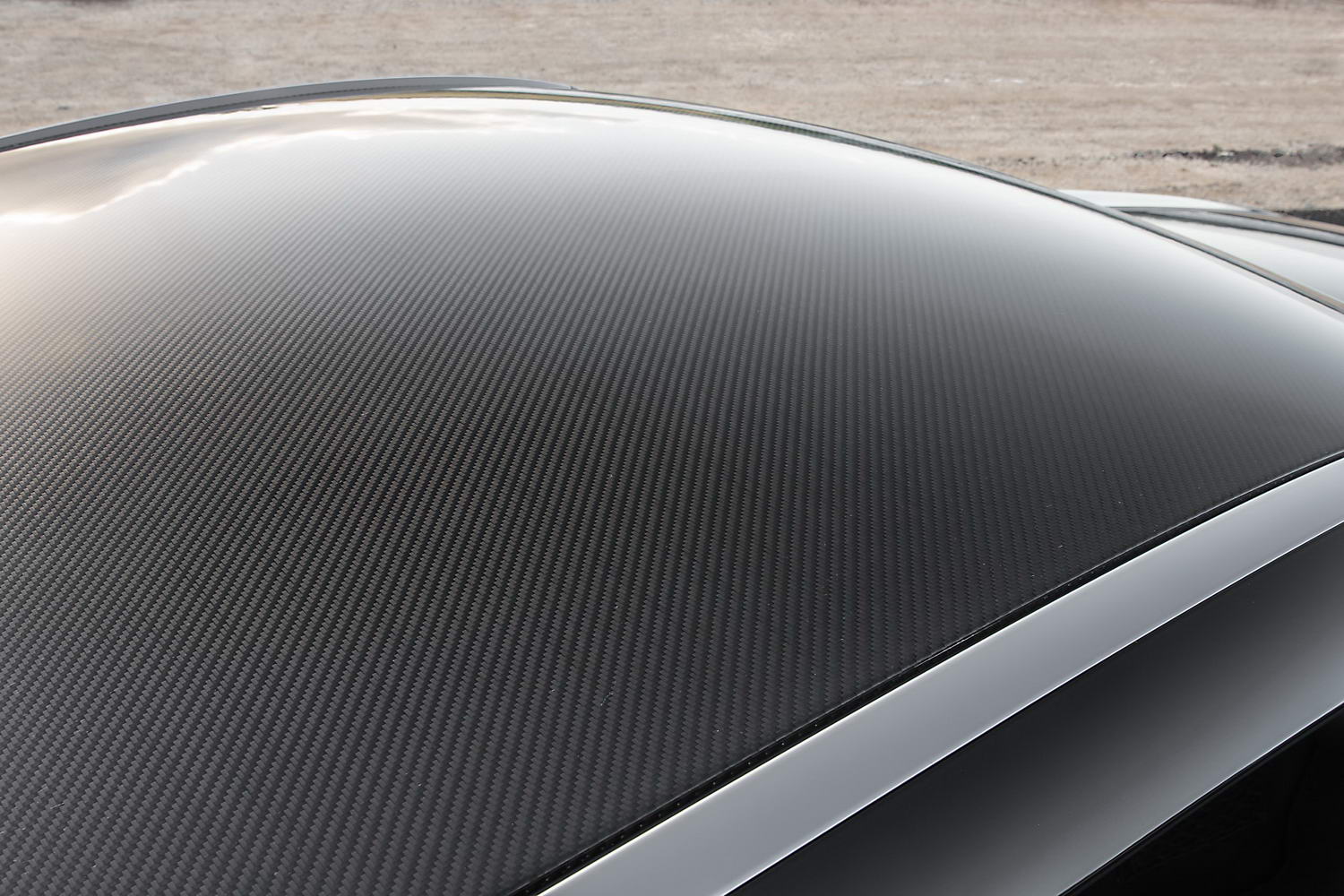 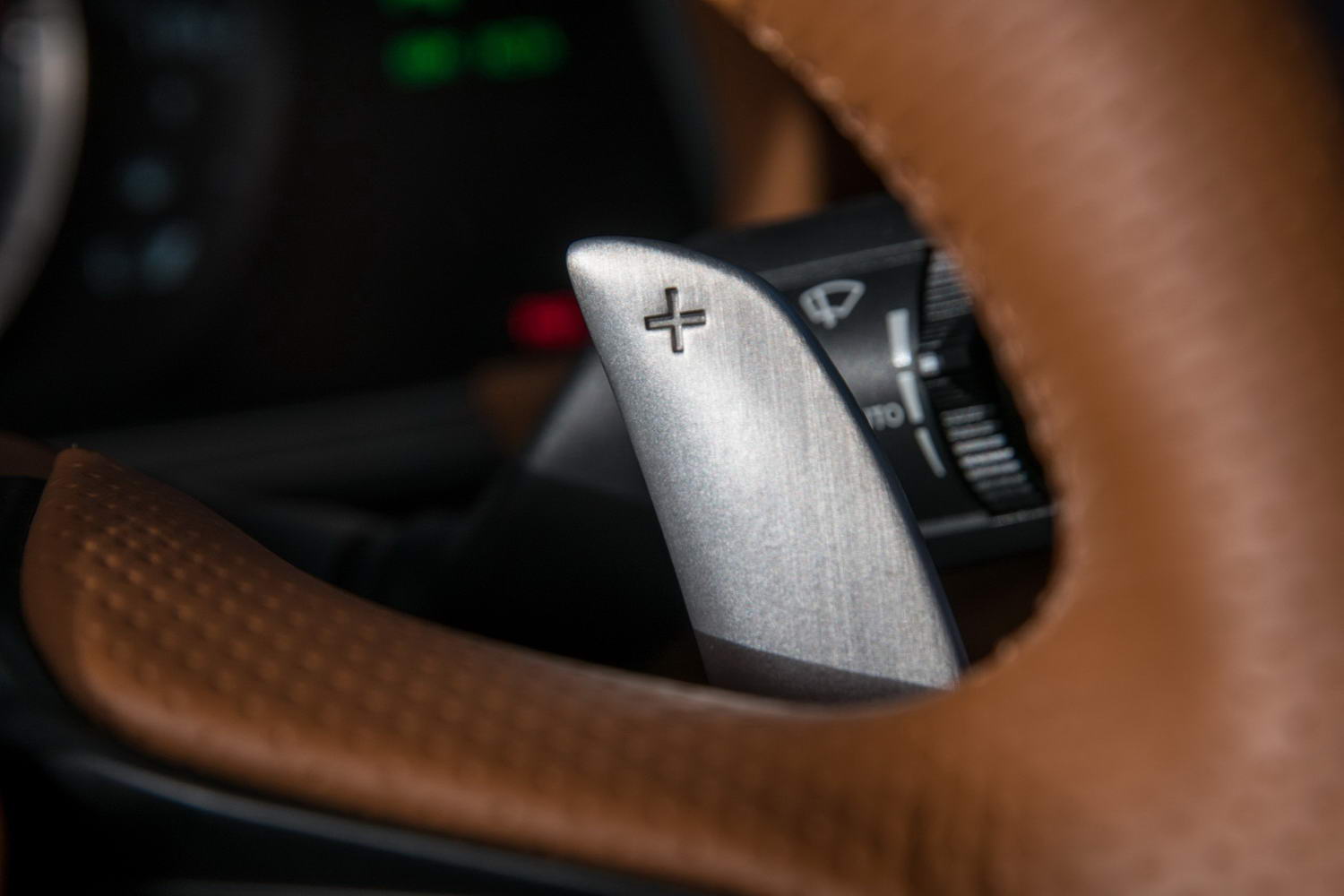 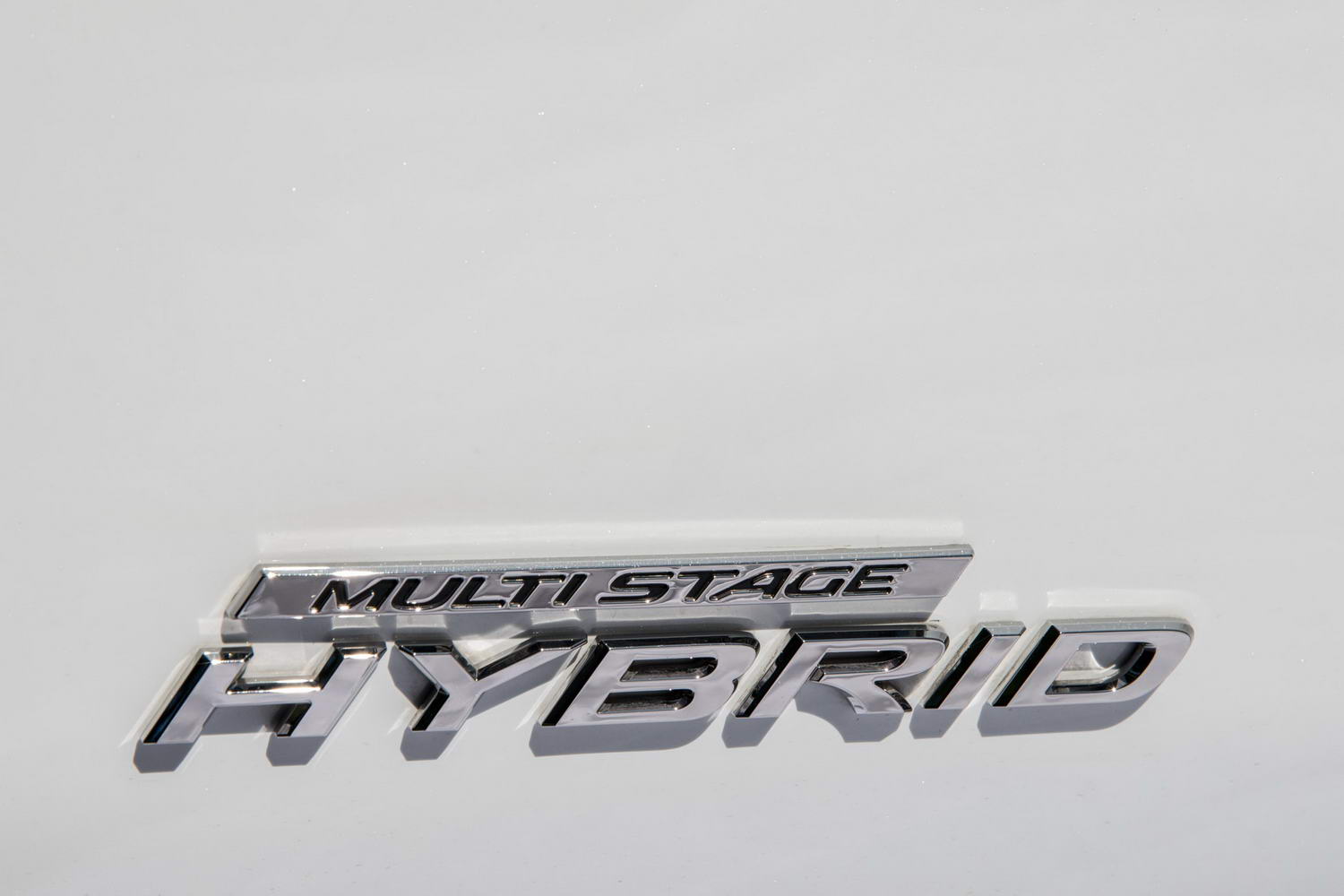 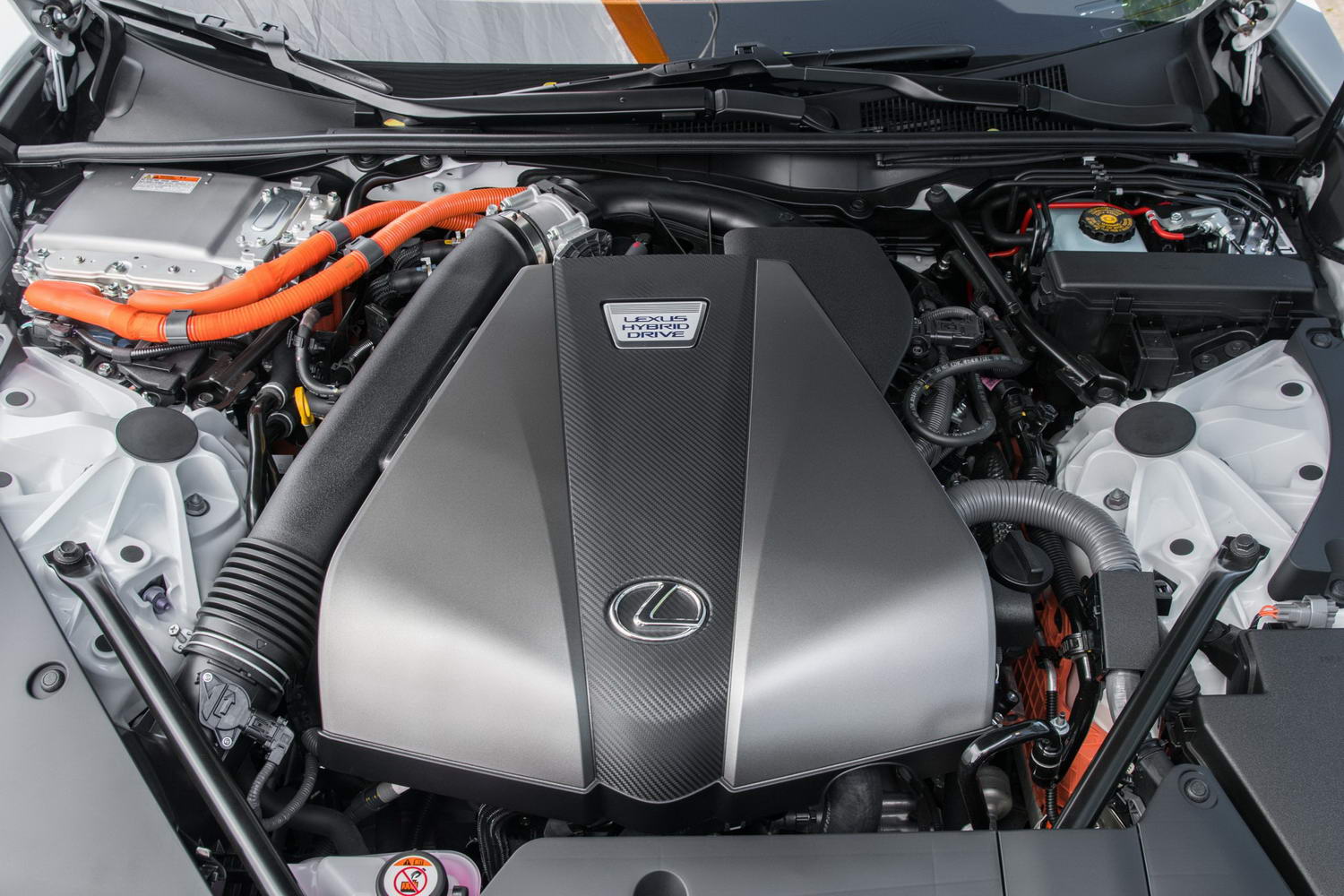 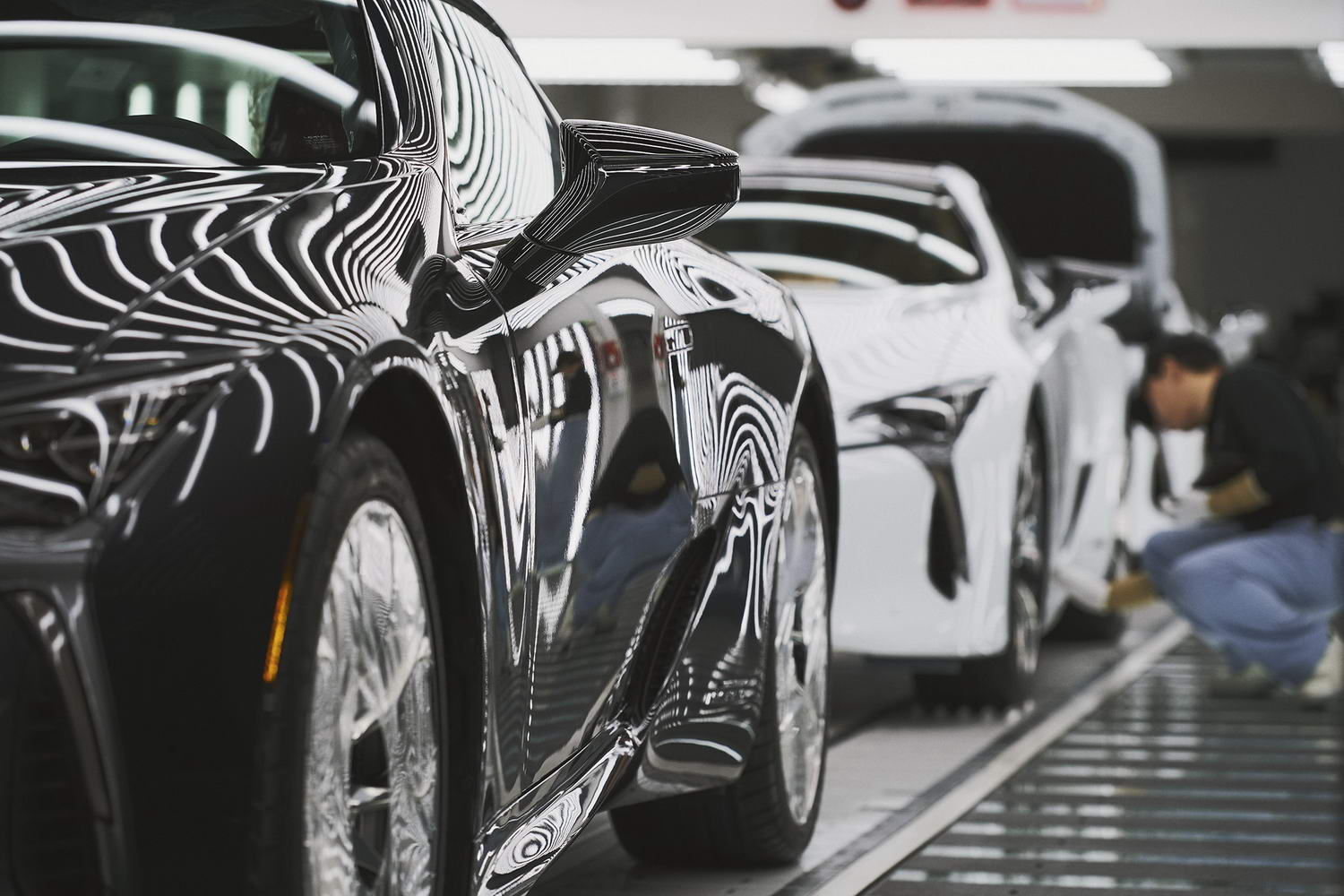 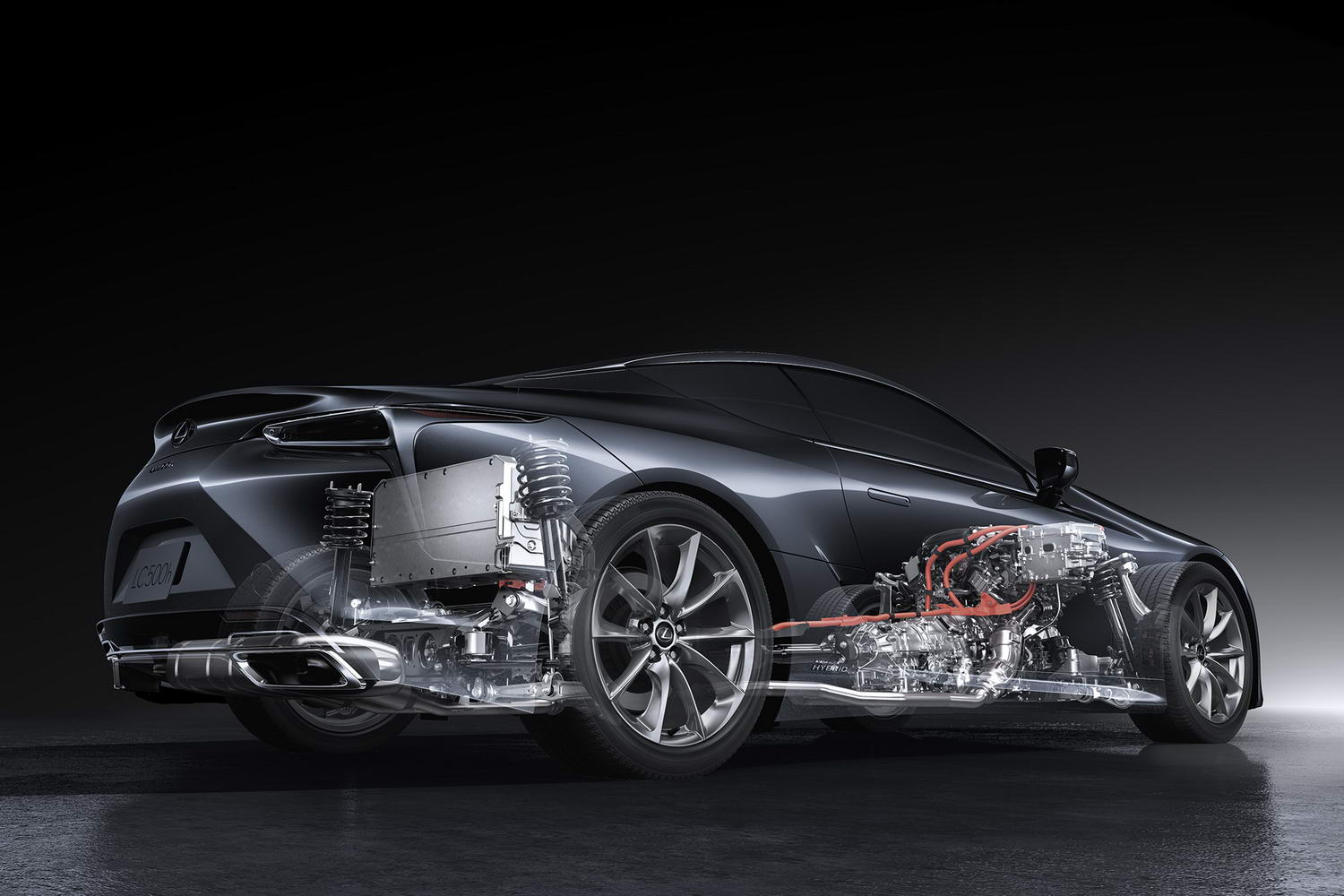 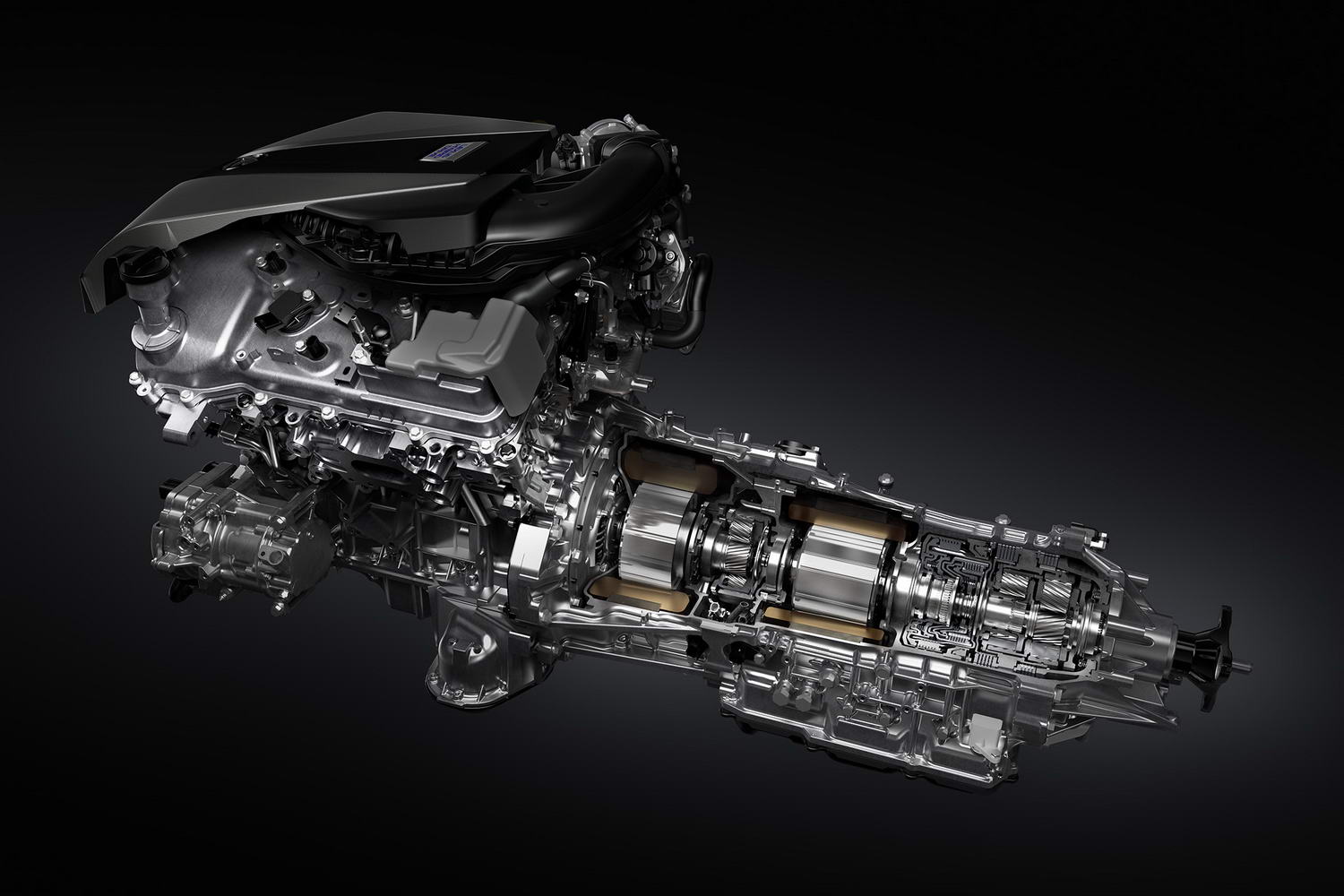 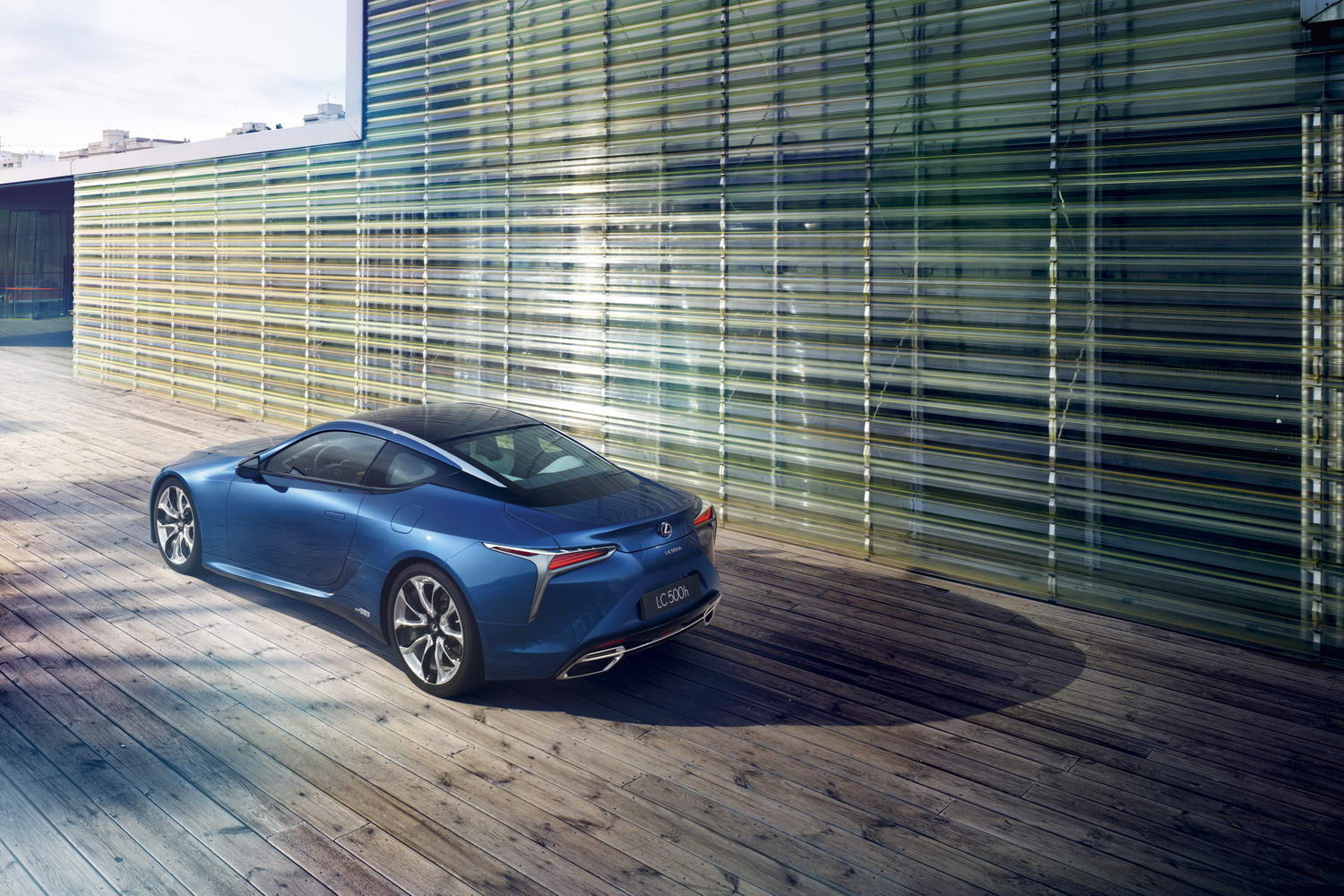 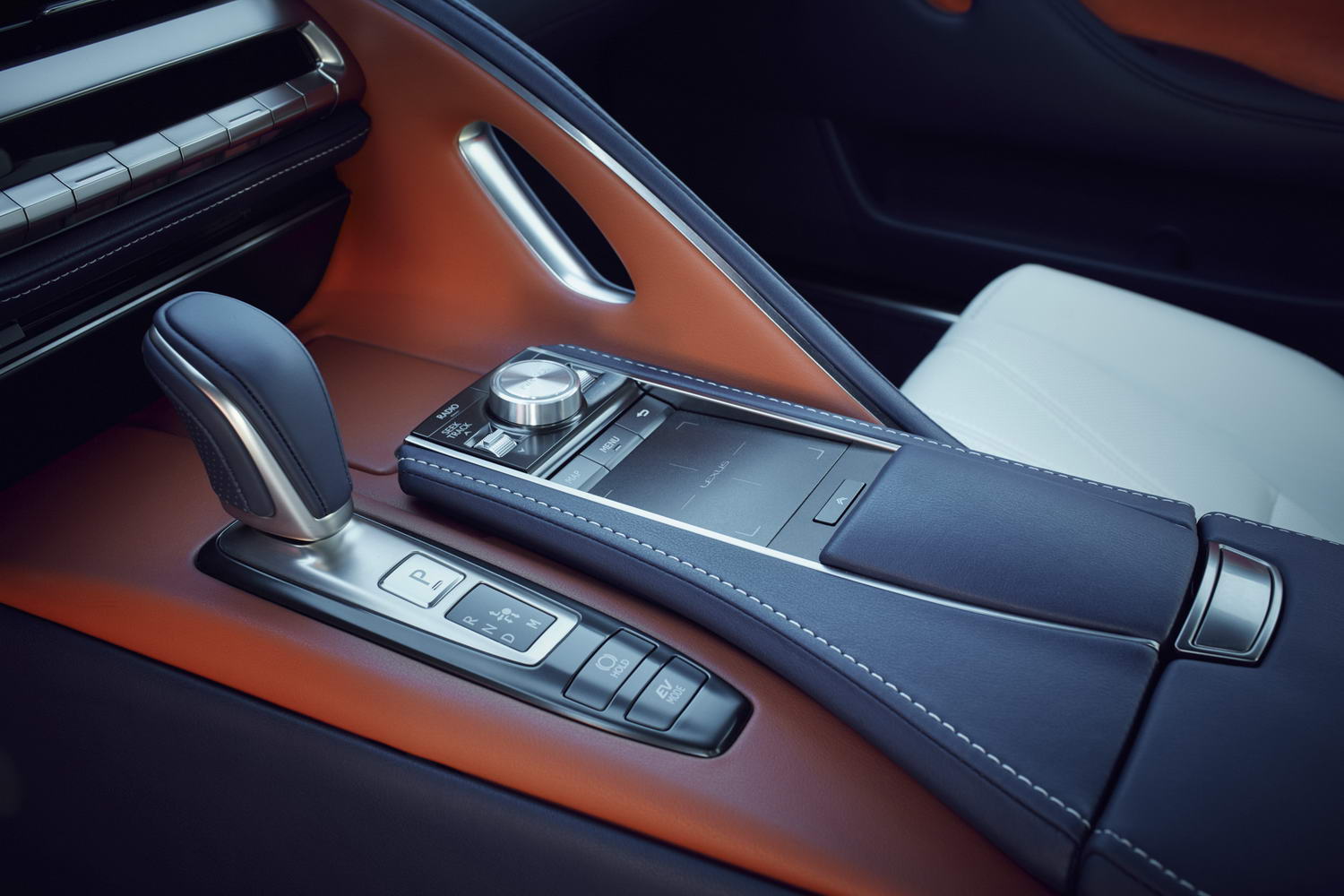 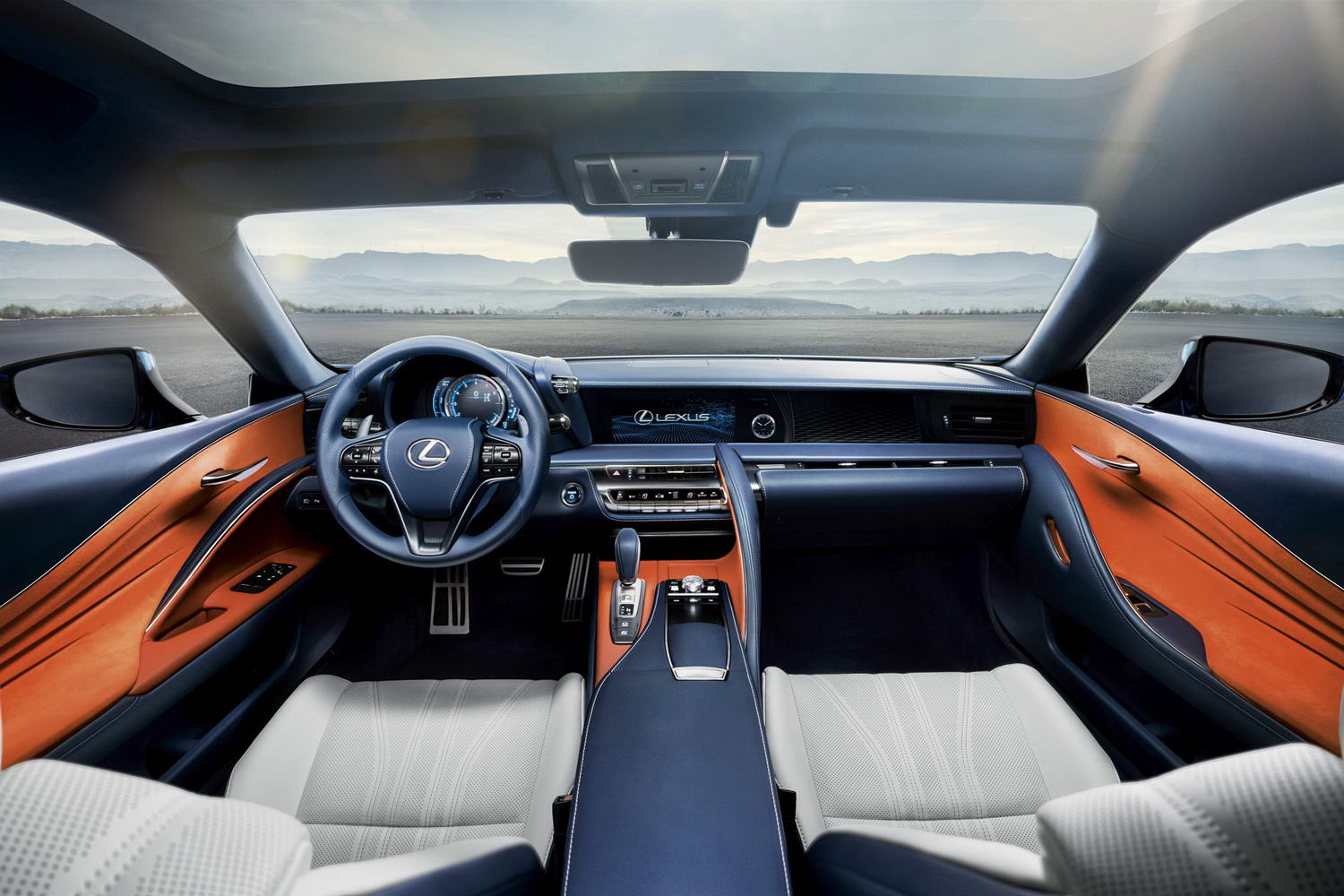 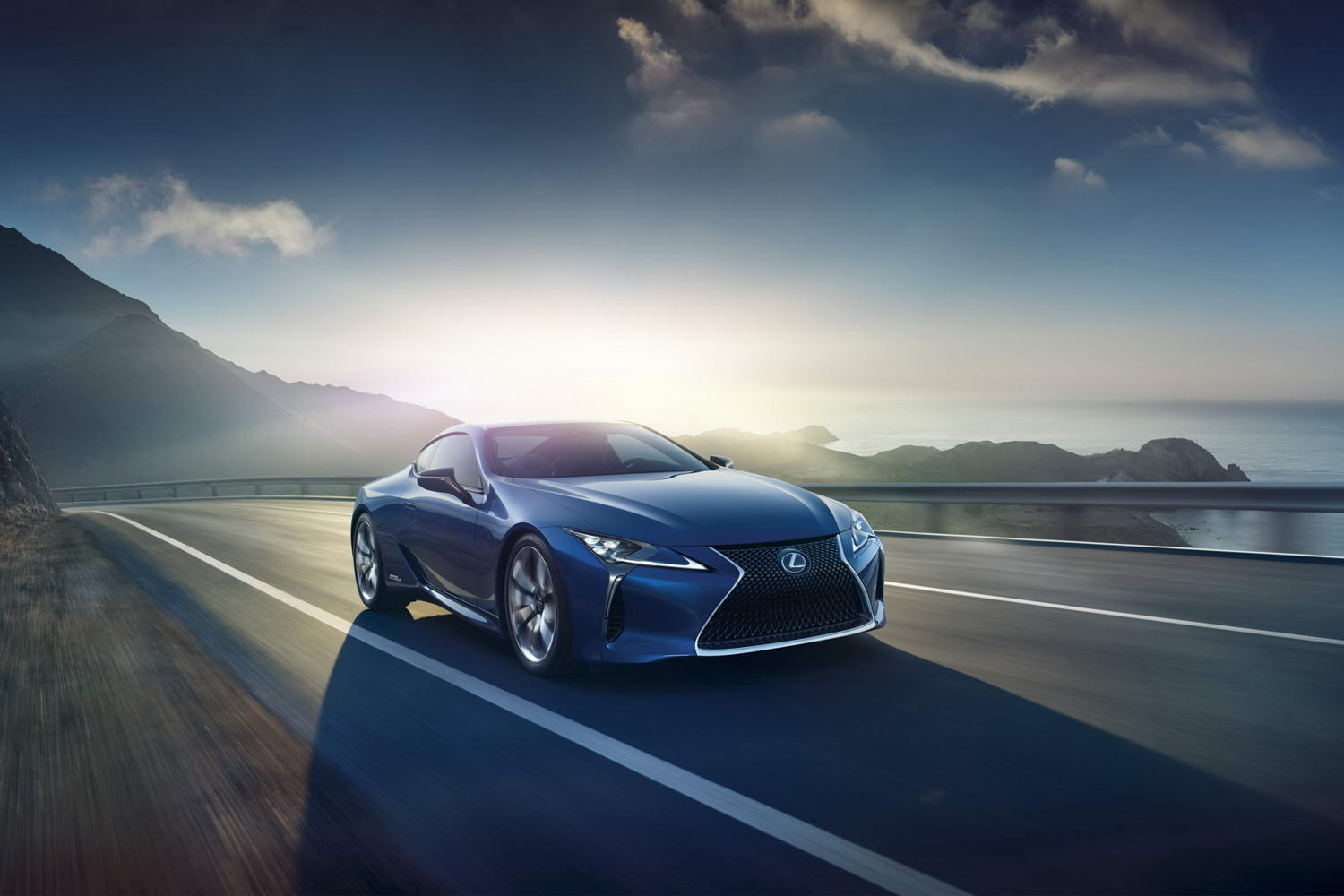 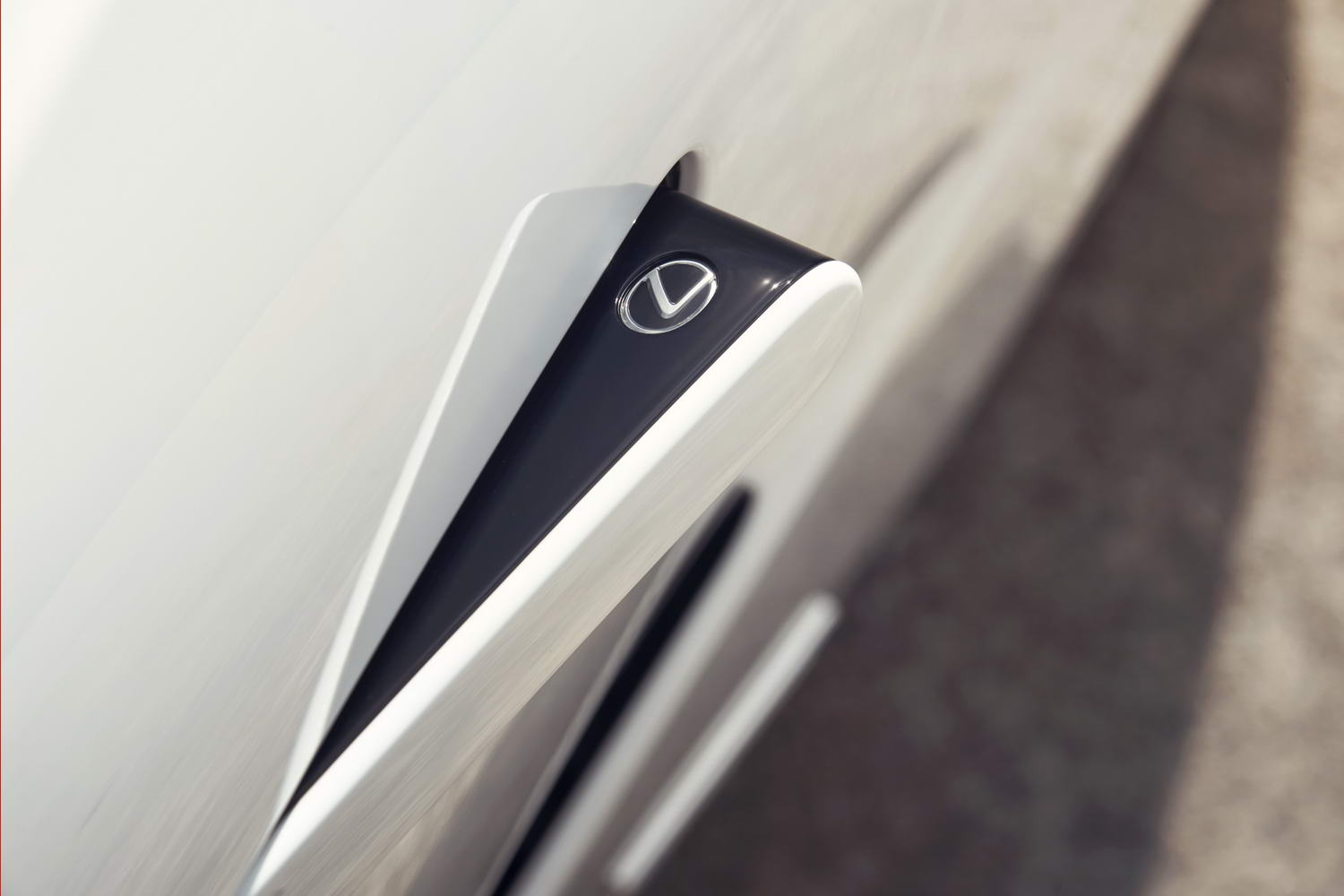 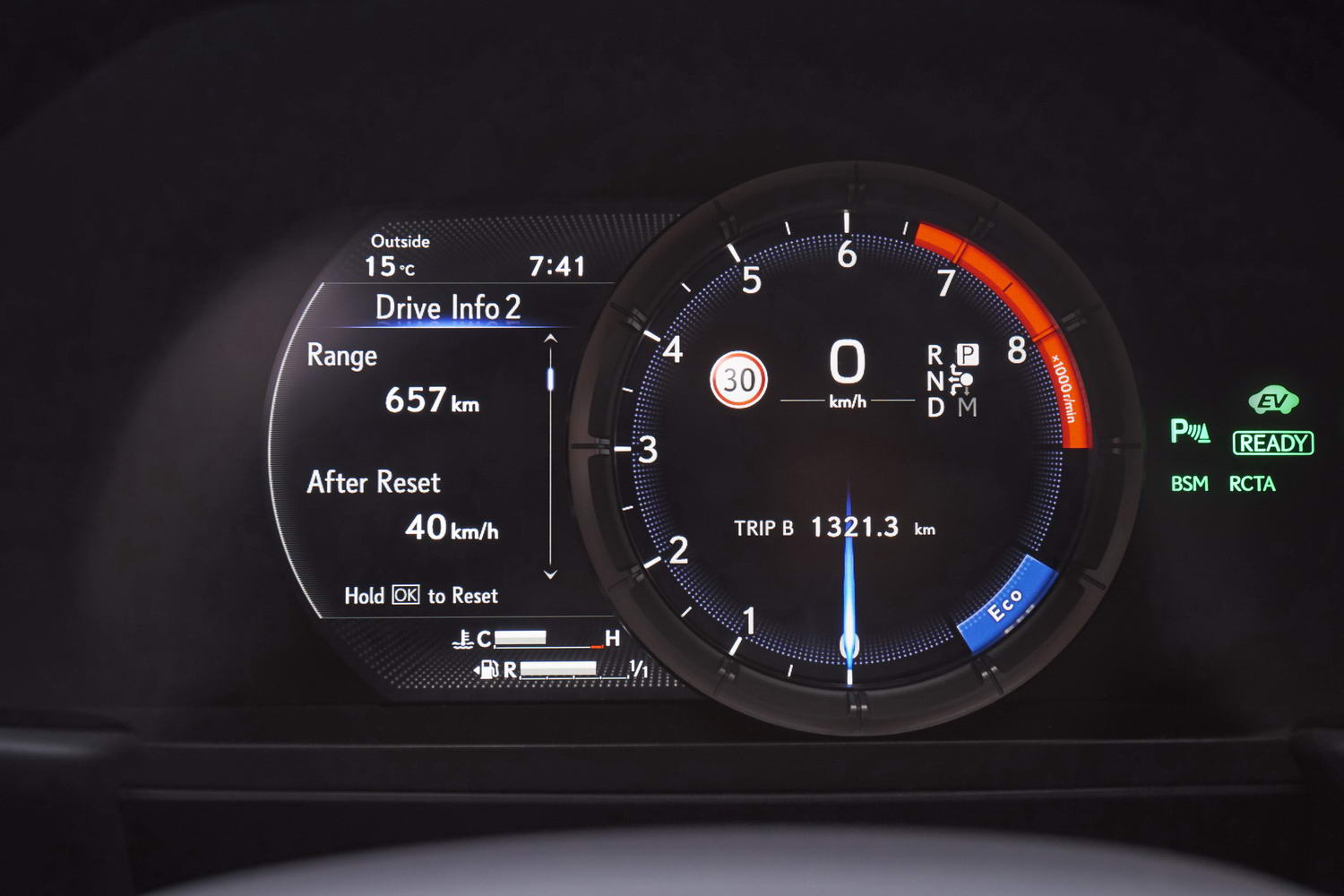 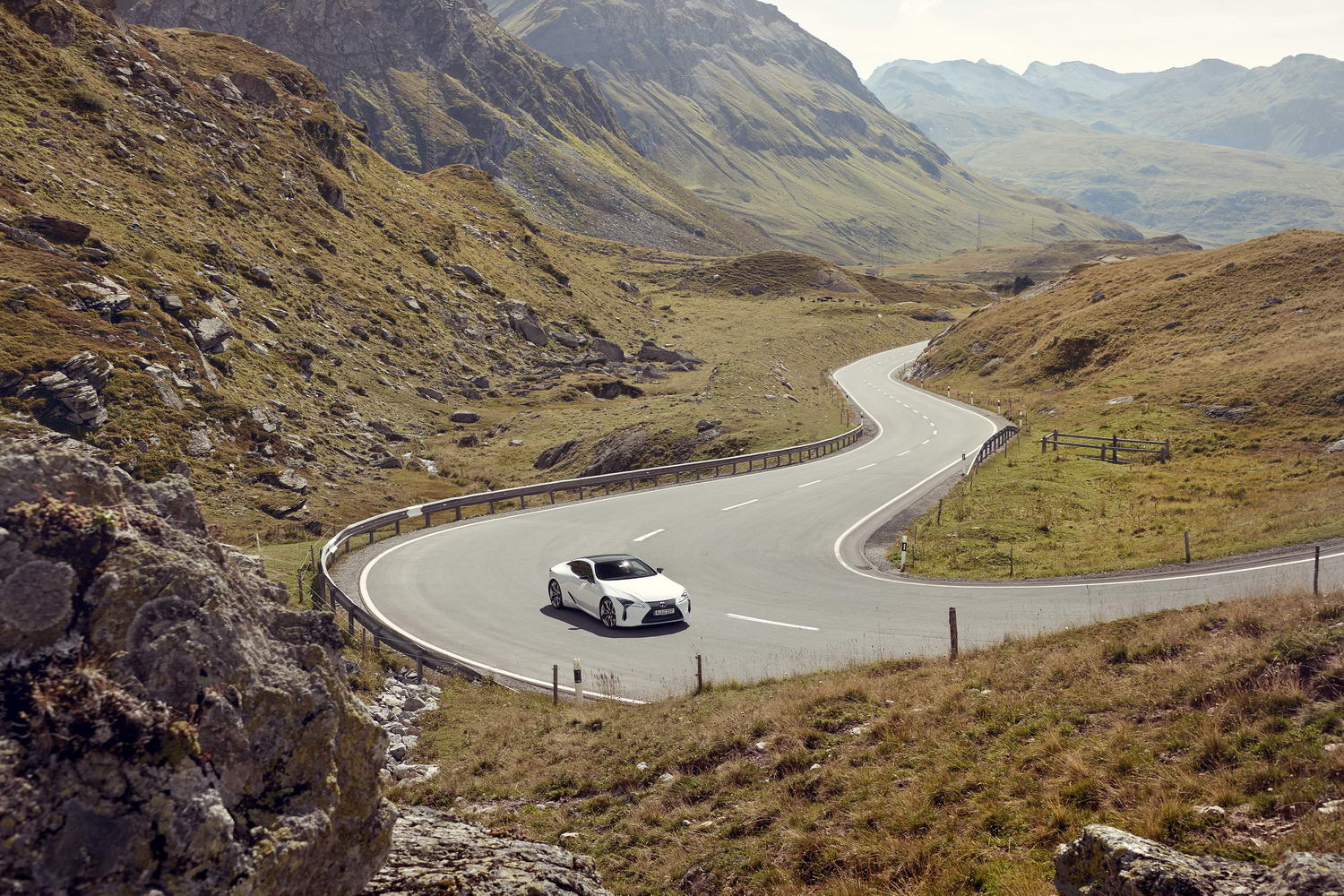 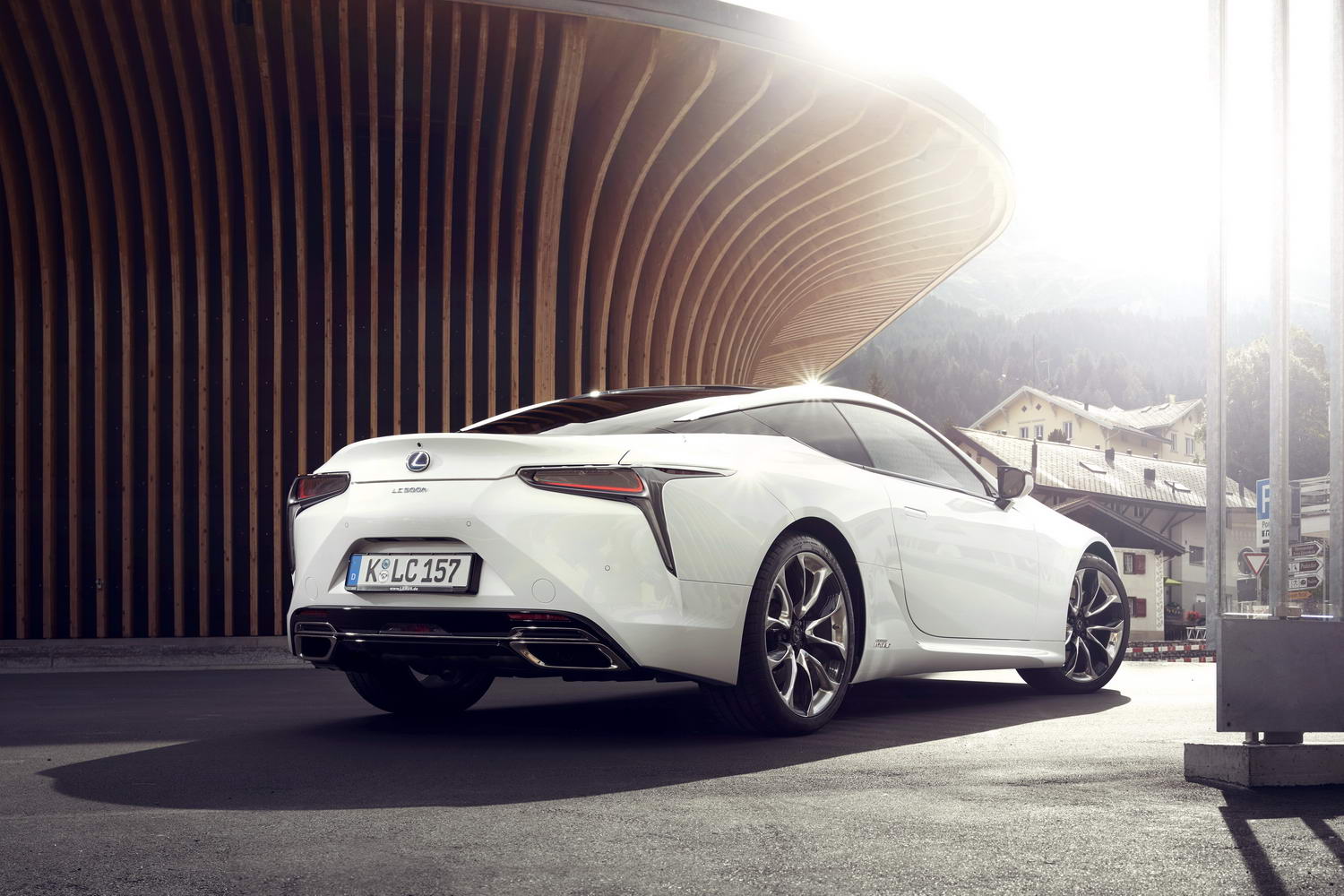 We get under the slinky skin of the Lexus hybrid sports coupe, the LC 500h.

The Lexus LC has been in production since 2017, initially revealed as the V8-engined LC 500, and then the hybrid-powered LC 500h. It's a two-door coupe with '2+2' seating and rear-wheel drive. Indeed, it was the first Lexus to use the company's 'Global Architecture - Luxury' (GA-L) platform, which also now underpins the Lexus LS luxury saloon. An open-topped version, called the LC Convertible, is due on the market any day now.

In Ireland, in line with the rest of the Lexus range, the LC is solely offered in hybrid format. Nonetheless, buyers can choose between the Luxury grade and the more driver-focused Sport+ specification. Both are generously equipped, of course, but the latter adds a carbon fibre roof, 21-inch alloy wheels, a retractable rear spoiler, limited slip differential, variable ratio steering, four-wheel steering, Alcantara upholstery and sports seats. Not bad for a modest €14,000 or so extra (the LC 500h Luxury starts at €116,600).

Incidentally, Lexus announced a few model year updates to the LC back in April, though thankfully not changing the core formula or design. Relevant to the Irish market are the new exterior paint options and interior colour schemes, additional functions in the sophisticated Lexus Safety System+ and the fitment of Apple CarPlay and Android Auto as standard. Lexus has also tweaked the downshifting strategy for the transmission.

And the transmission is as good a place as any to start to dig into the technology of the LC 500h. It's part of what Lexus calls its 'Multi Stage Hybrid' system. You see, this powertrain is rather different to what you'll find in most of the rest of the range. Things kick-off conventionally enough, with the 3.5-litre V6 petrol engine under that super-low bonnet. It runs on the so-called Atkinson cycle, for maximum efficiency, in conjunction with direct fuel injection for close control of combustion. Meanwhile, there's VVT-i variable valve timing on both the intake and exhaust camshafts to adapt to performance requirements at any given operating point. On its own, this engine maxes out at 299hp at 6,600rpm and 356Nm of torque at 5,100rpm.

In line with this engine, and in line with the driveshaft to the rear wheels, are two electric motor-generators, the 'Power Split Device' and, distancing this hybrid system from others, a compact four-speed automatic gearbox, integrated with the continuously variable transmission (CVT). It's all neatly contained in one housing. Total system maximum outputs are 359hp and 500Nm of torque, while the electric motors alone can drive the LC 500h with up to 179hp and 300Nm. They take power from a compact lithium-ion battery pack behind the rear seats, which is charged up via regenerative braking or from the engine, as this is not a plug-in hybrid. Accordingly, Lexus doesn't quote an all-electric range for the car, as it dips in and out of electric power on the move.

It's worth taking a closer look at the transmission side of things, as it's fiendishly complicated and clever. In its default automatic mode, the gear ratio of the CVT is altered continuously, with the output then adjusted by the four-speed auto. The driver can introduce step-changes by using the tactile gearchange paddles behind the wheel, though they are of more use in the manual driving mode. Select this and the software introduces three specific steps in the gearing of the CVT, which are multiplied by the three gears of the 'regular' part of the transmission for nine disparate ratios. The tenth overall ratio comes from the fourth gear in the regular gearbox, as a sort of 'overdrive' for cruising at high speed with low revs.

Lexus markets the LC as a grand tourer, but it has given the coupe a chassis that can play the role of sportscar just as effectively. Its rigid body structure (the stiffest of any Lexus yet) was the starting point, using a mixture of high-tensile steel, aluminium and carbon fibre reinforced plastic in its construction, with seam welds and adhesive extensively used. Then, to reduce reliance on firm springs for the body control, Lexus focused on reducing the centre of gravity. A low driving position, rear-set engine, lack of spare wheel and rear mounting for the batteries are all combined with the 'wheel at each corner' layout to that end. Lexus then set about designing the suspension to suit the Grand Tourer remit, though it's clear that a driving enthusiast was at the heart of it, as there was a lot of focus on steering feel and precision. This resulted in 'high mount' front suspension featuring lightweight forged aluminium upper control arms and 'low mount' rear suspension.

If you're more interested in tapping into the sporty side of the LC, go for the Sport+ version, which comes with the Lexus Dynamic Handling system. It gets a limited slip differential for a start, to maximise traction, which works hand-in-hand with the stability control. Meanwhile, the steering system gets a major overhaul. Dynamic Rear Steering (DRS) is added, while the electric-assisted front rack is swapped for a variable ratio item, meaning the LC should feel even keener to turn into tight corners, while retaining its high-speed stability.