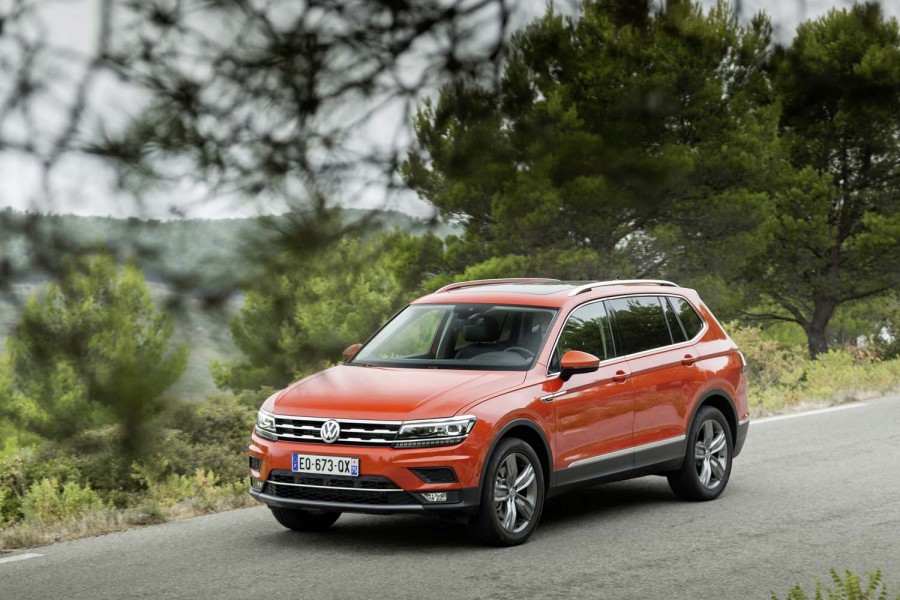 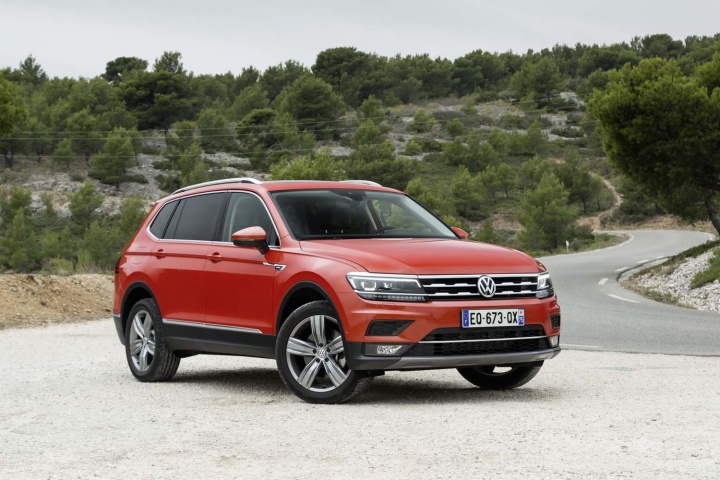 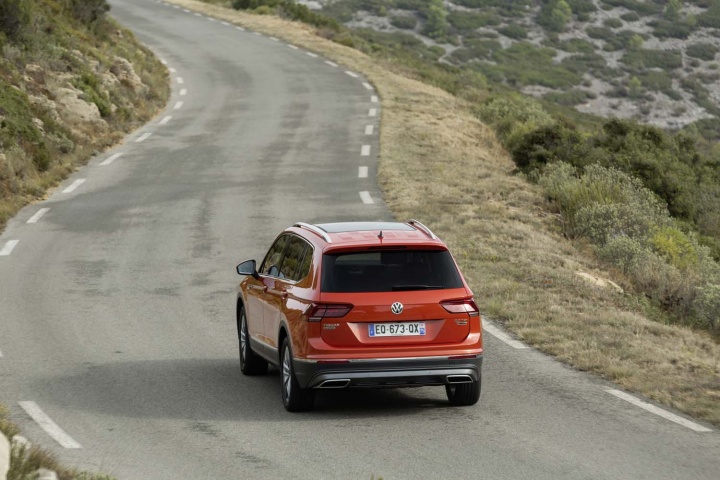 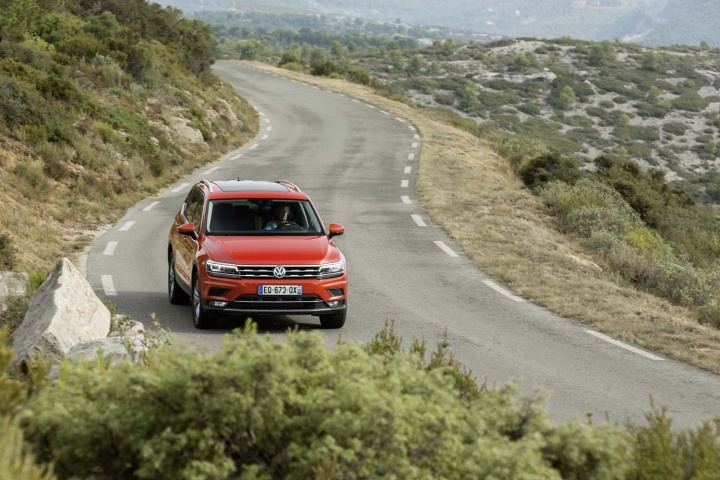 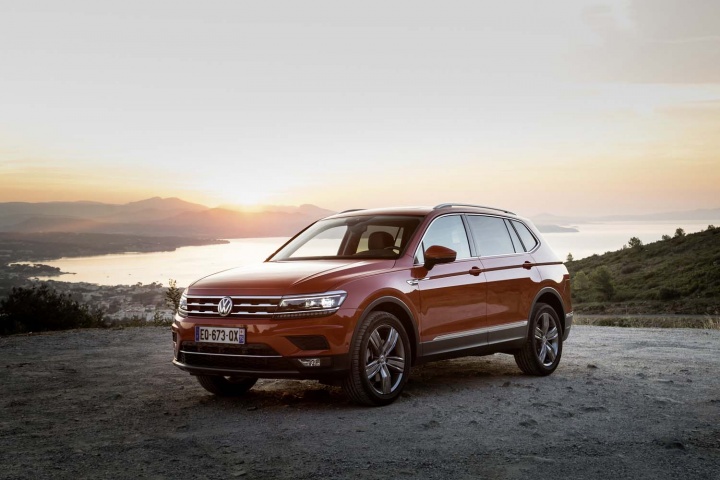 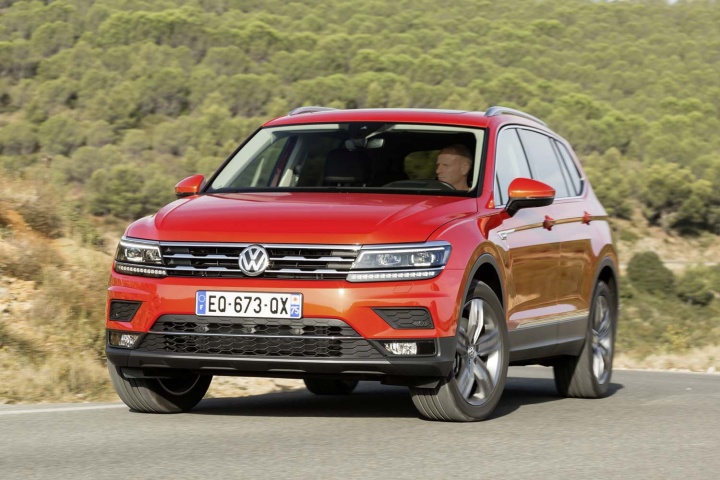 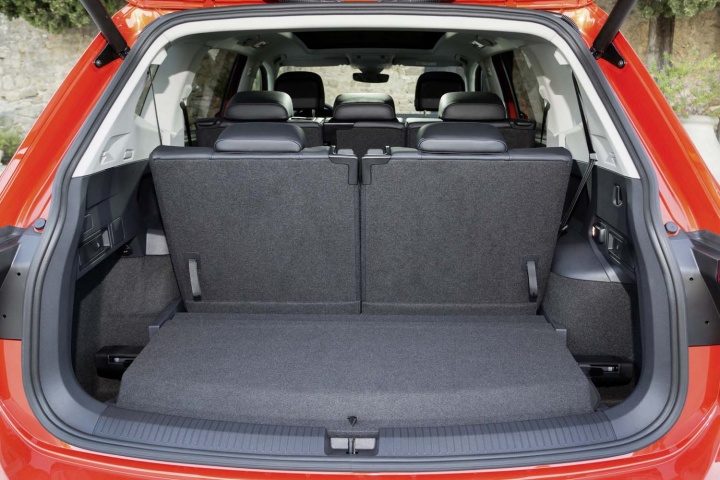 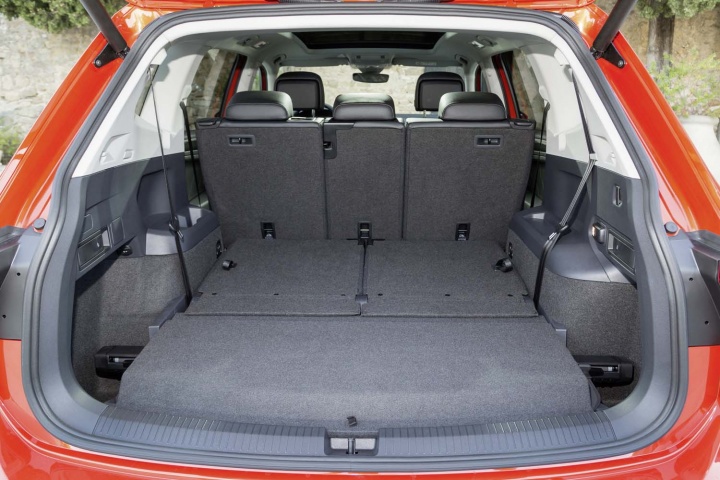 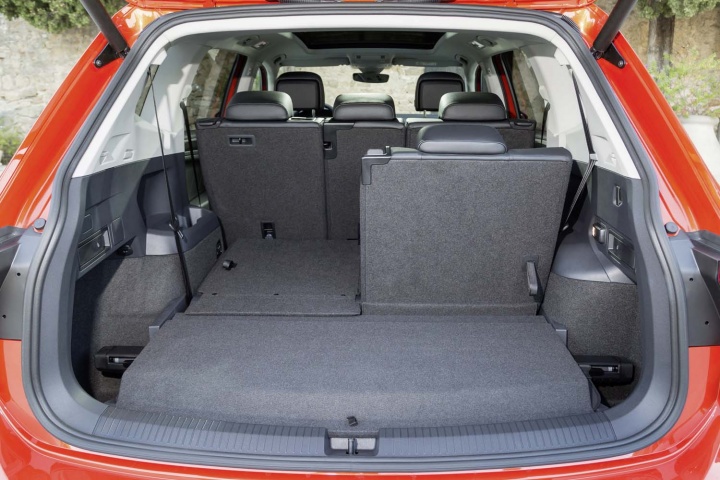 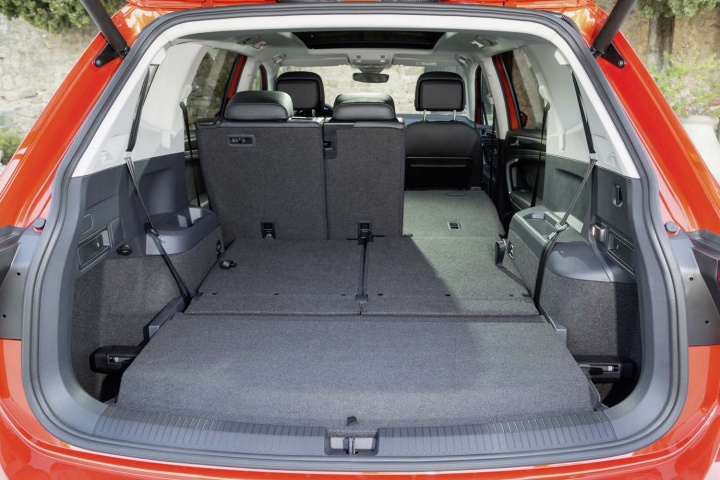 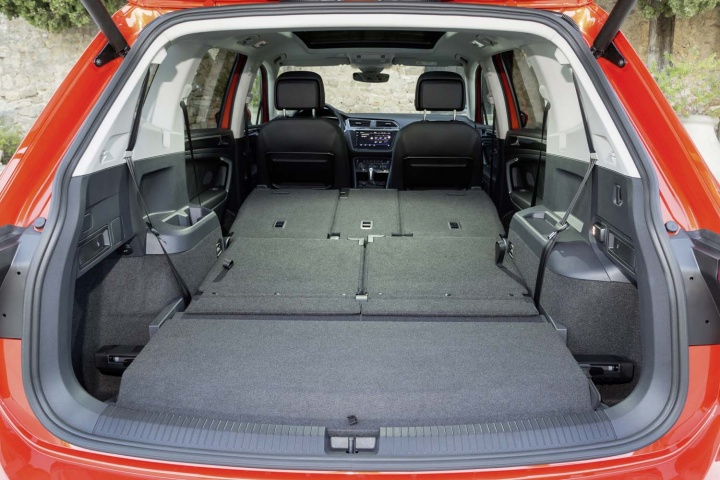 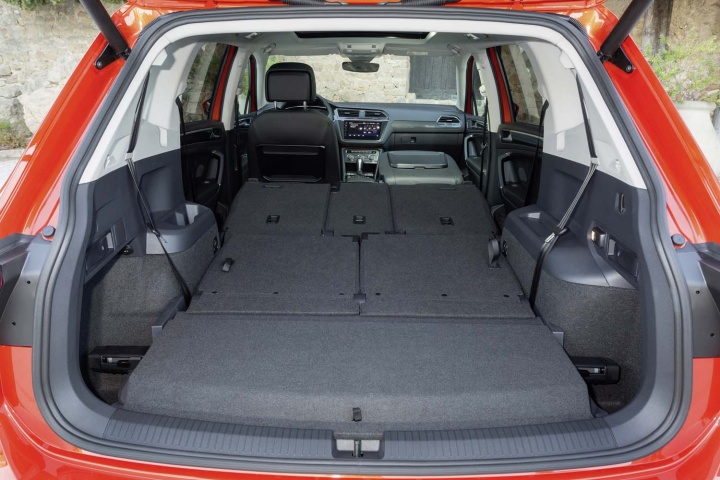 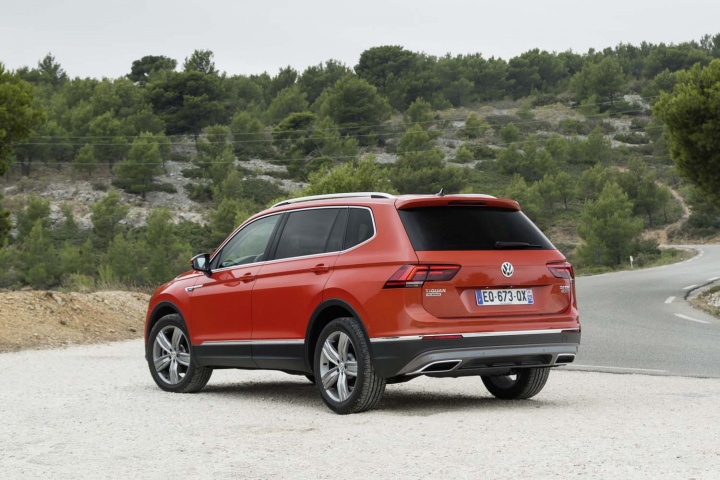 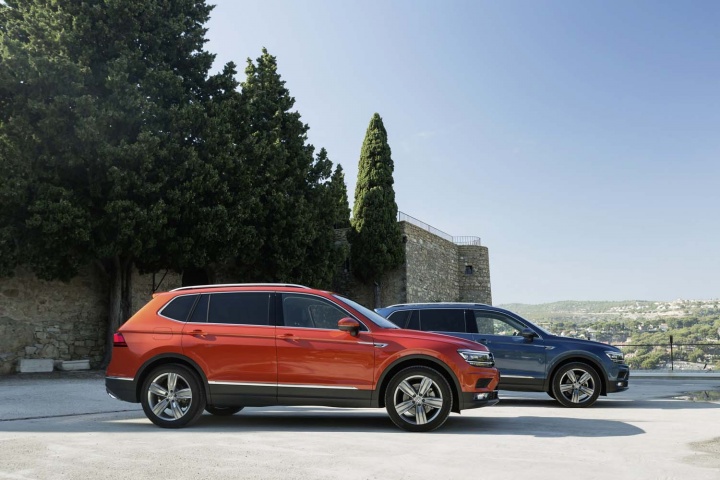 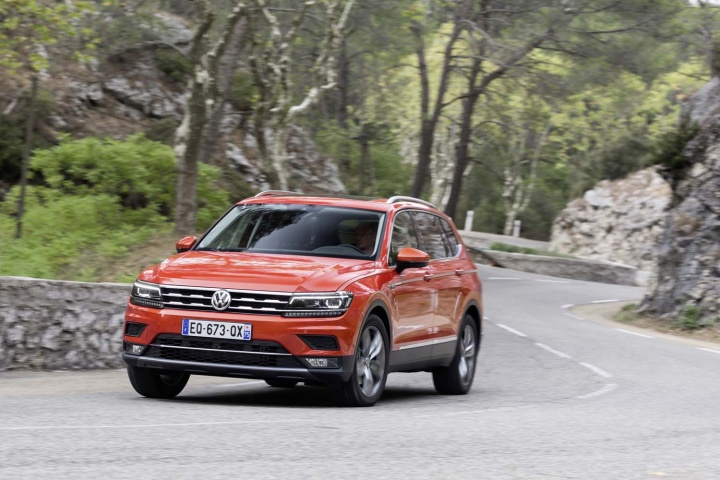 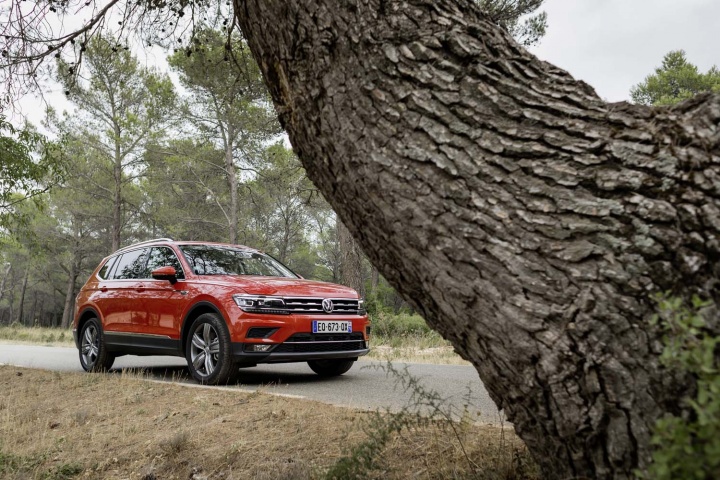 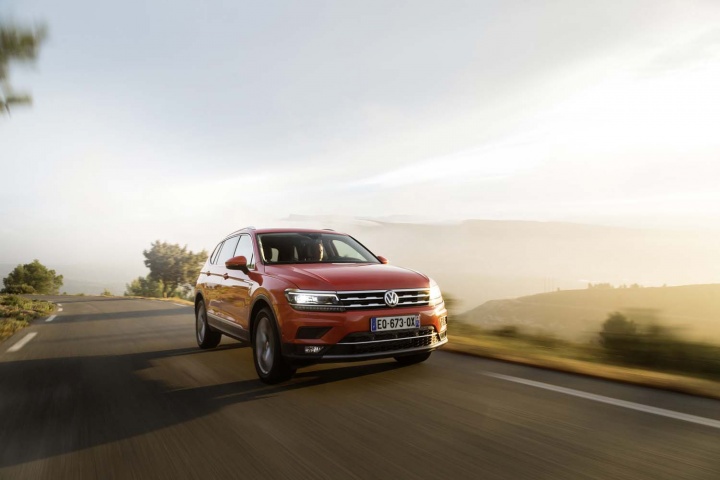 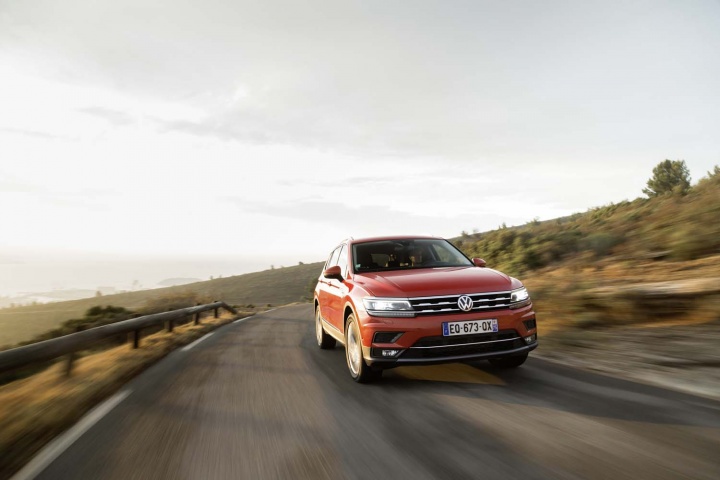 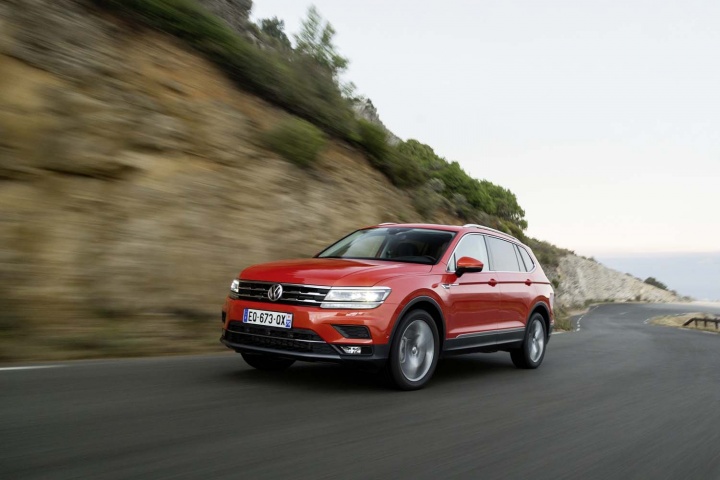 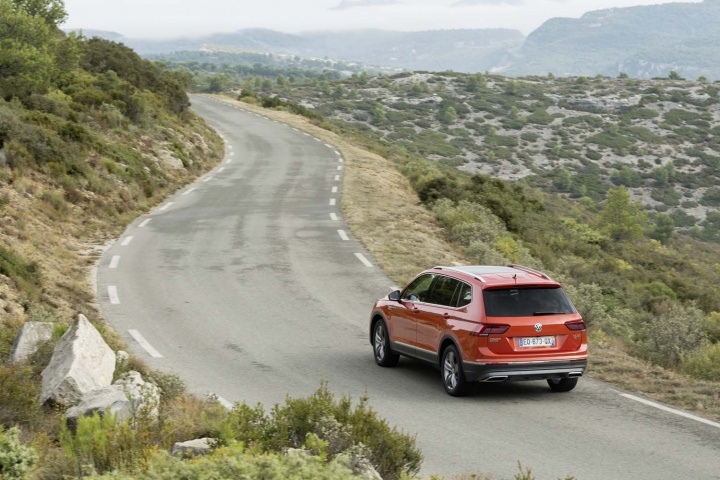 The Volkswagen Tiguan Allspace offers family buyers room to grow, even if it's no replacement for a decent MPV.

One line of the presentation from Volkswagen at the international launch of its new Tiguan Allspace SUV stood out, giving the larger Tiguan rationale that might escape many. It is designed for those that think the premium-badged SUVs in this segment don't have quite enough space, while not wanting to go for a non-premium badge just because there's more space available. We're not convinced that the average family SUV buyer in Ireland will sacrifice practicality for badge cachet, especially when there's a €3,000 premium to pay even for the five-seat Allspace. It's an interesting take on things, nonetheless, and the burgeoning SUV market seems to have room for all.

You'd never mistake the Tiguan Allspace for anything other than a Tiguan, but it has a little more presence. The overall length has been increased by 215mm, about half of that between the wheels. The rear doors are longer than standard and there's a longer rear overhang, too. To visually balance out this the roof itself is more sculpted, the side glass has a more pronounced upsweep at the back and the bonnet is higher.

Pretty much the main reason for this car being in existence is the interior enhancement. Up front, it's business as usual with a high-quality selection of materials in all models and a sensible layout. Depending on trim level, there's the excellent Active Info Display digital instruments ahead of the driver and an eight-inch glass touchscreen. The second row of seats tilt, slide and fold out of the way if needs be and there's more legroom than ever there. In the five-seat Allspace, the boot is 145 litres more capacious than the standard Tiguan's at 760 litres and it really is huge. Go for the seven-seat option and that reduces a little, to 700 litres with the first two rows of seats in use. It does, however, add a pair of seats that folds out of the way when needs be. They're not very big and certainly not designed for adults, but they could be useful for occasional use and there's still some space left behind them for shopping or a buggy, perhaps. We don't expect parents to manage getting bulky baby seats into the back row, though thankfully, the middle row seat remains flatter and wider than most in this segment so there's plenty of space for such things. The only ISOFIX points are in the outer two middle-row seats.

An in-depth dynamic analysis of the Tiguan Allspace's chassis is not of interest to anyone and anyway, all test cars at the launch event were equipped with Adaptive Chassis Control adjustable damping, which is only available here in conjunction with the 240hp 2.0 TDI Highline variant. For what it's worth, the Tiguan remains a paragon of refinement at a cruise and comfortable for the most part. Larger alloy wheels riding on low-profile tyres take from the overall comfort and composure at low speeds, even in Comfort mode, as you'd expect, but it was perfectly smooth on the open road. Through a more challenging set of corners, the Allspace felt a little more assured and stable than standard, which you'd can be put down to the longer wheelbase, but overall we're not talking about huge differences.

If we all bought cars with our heads and looked at it purely as a monetary transaction, there would be no room for the Tiguan Allspace in the world. The regular version of the Tiguan is already priced at the high end of the class, emphasising its premium aspirations, and the equivalent Allspace costs a good deal more. But those premium aspirations mean a lot to many people, even harried parents with all the expense that comes with offspring. Hence, we wouldn't bet against it being a success, especially with tempting PCP deals from Volkswagen Bank.

That 1.4 is the only petrol option for now and it's front-wheel drive with a manual gearbox and only available as a Trendline. All other variants are powered by a 2.0-litre TDI diesel engine of various power outputs, either 150, 190 or 240hp. Those latter two come as standard with a seven-speed DSG automatic transmission and 4Motion four-wheel drive, which is all optional with the 150hp engine.

In isolation, the Volkswagen Tiguan Allspace is a likeable and patently high-quality vehicle, just like the regular one. It looks more substantial and there's plenty of extra room in the boot, added to the versatility of the seven-seat option. It's not as spacious or as useful as a Touran, for example, and it's expensive to buy relatively speaking, but it certainly gives Tiguan fans that don't need a full-on people carrier another option. Tellingly, we've heard from plenty of readers asking for a practical family solution that isn't a boxy and boring MPV. The Tiguan Allspace could well be the answer to that particular question. 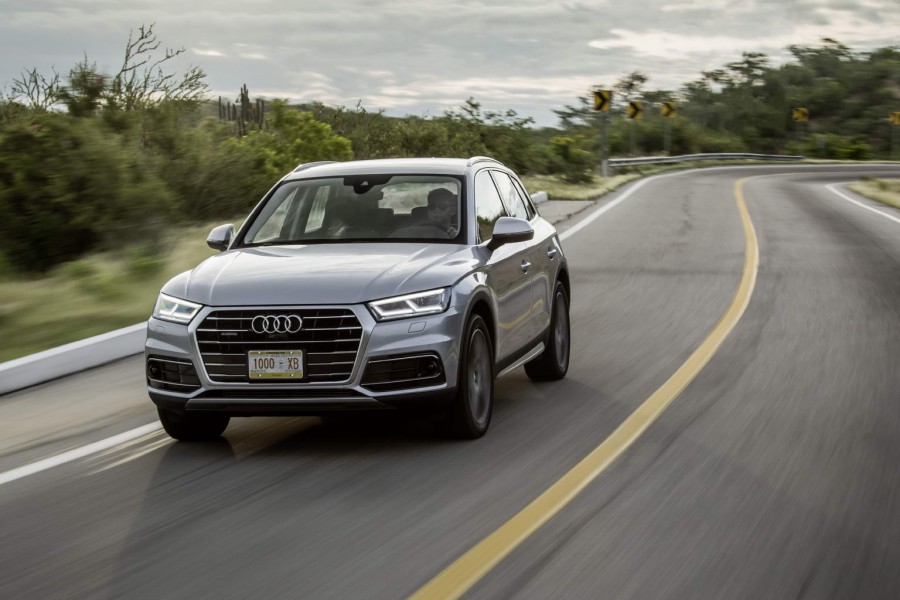 Audi Q5 3.0 V6 TDI review
Audi Q5 vs. Volkswagen Tiguan Allspace 2.0 TDI 4Motion: although no seven-seat option, has a similar high-quality vibe and is plenty spacious enough for most. 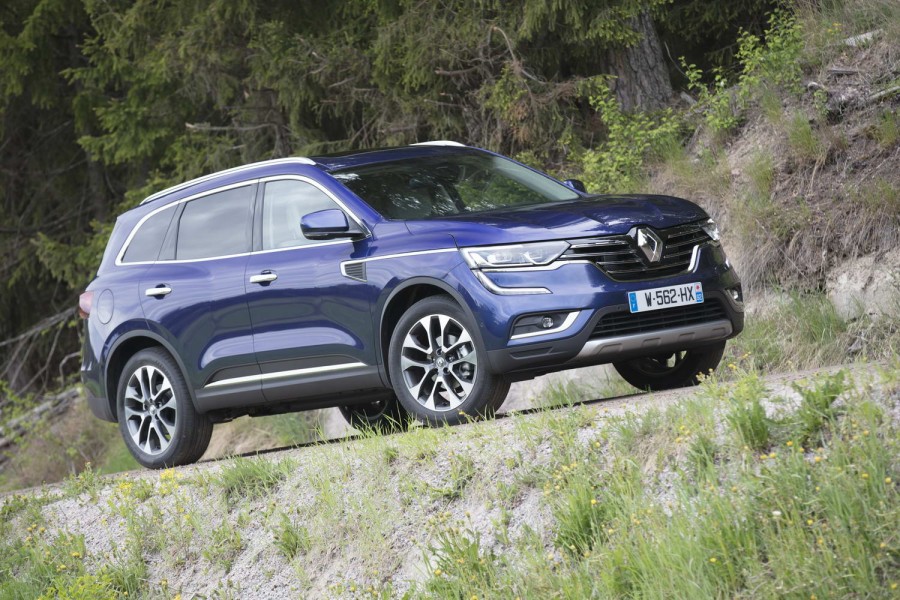 Renault Koleos 1.6 diesel review
Renault Koleos vs. Volkswagen Tiguan Allspace 2.0 TDI 4Motion: good-looking and very spacious inside - even more so than the Tiguan. No seven-seat option, however, and not as beautifully built. 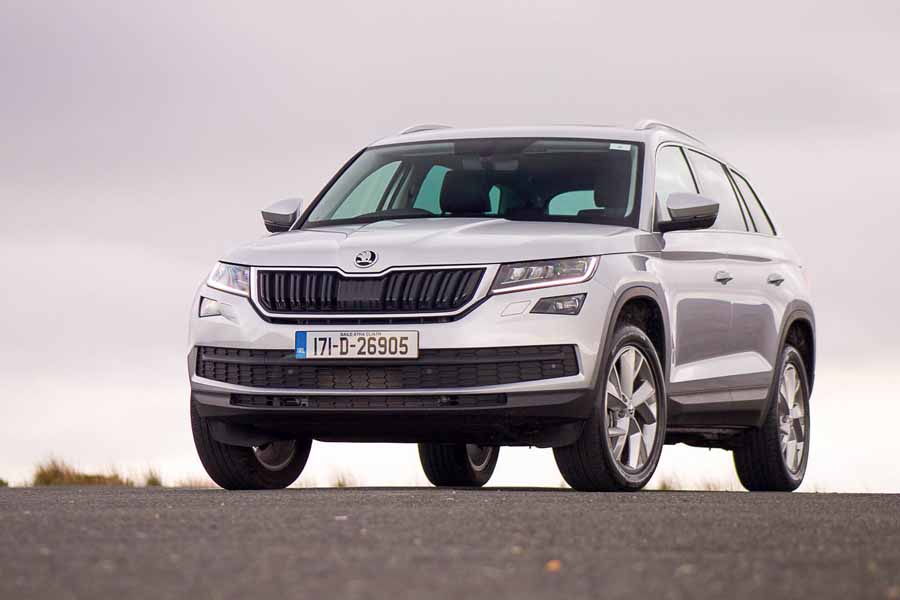