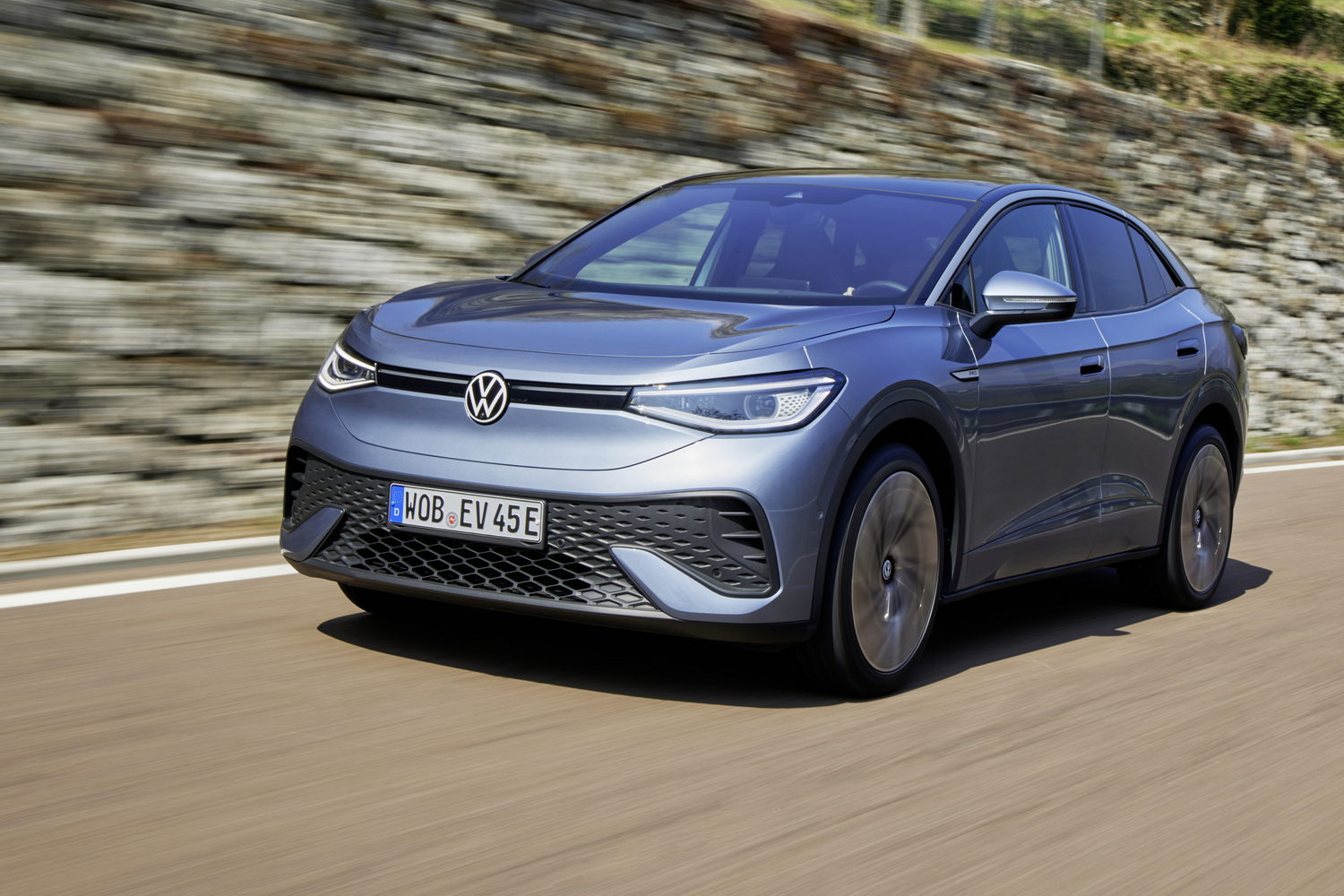 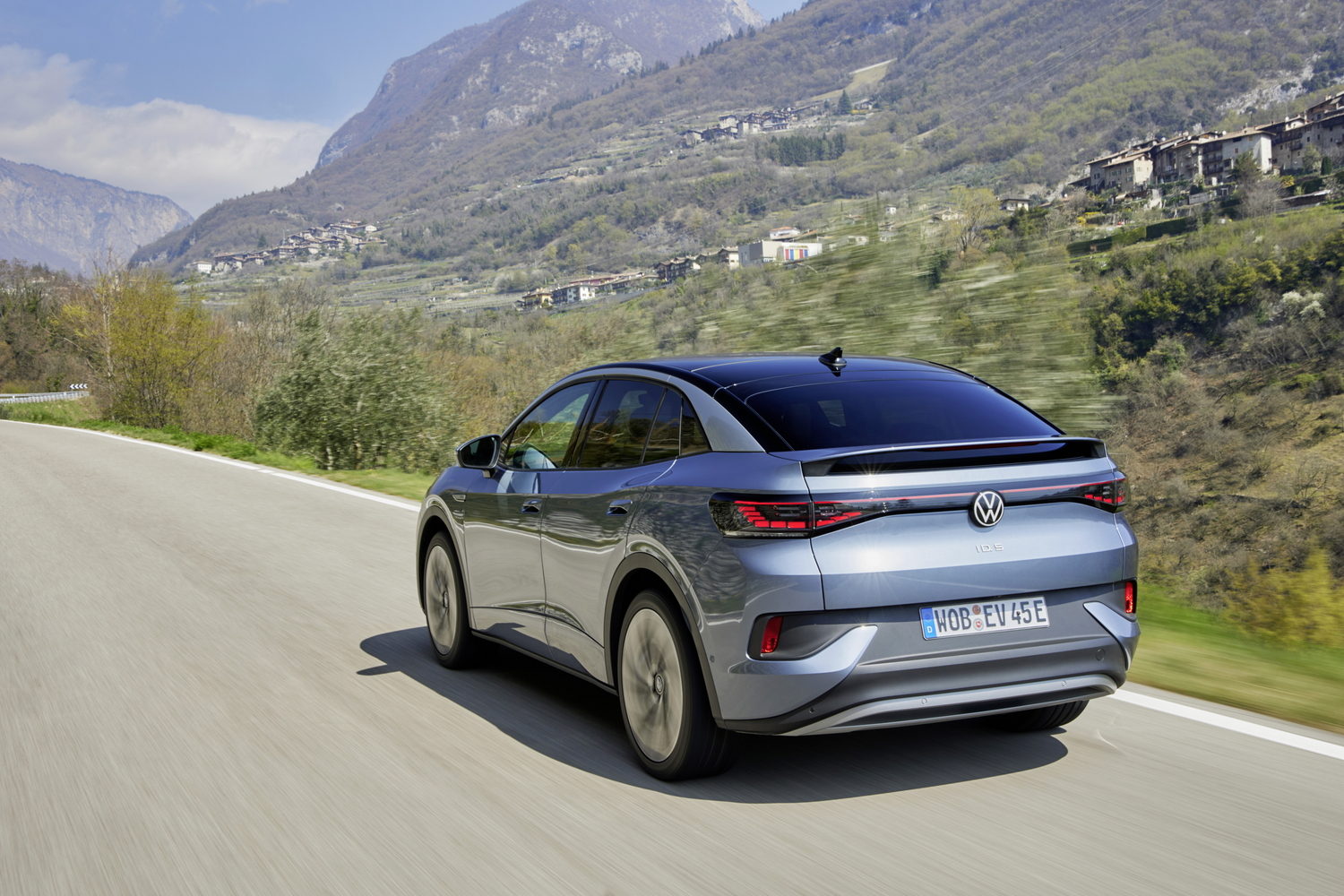 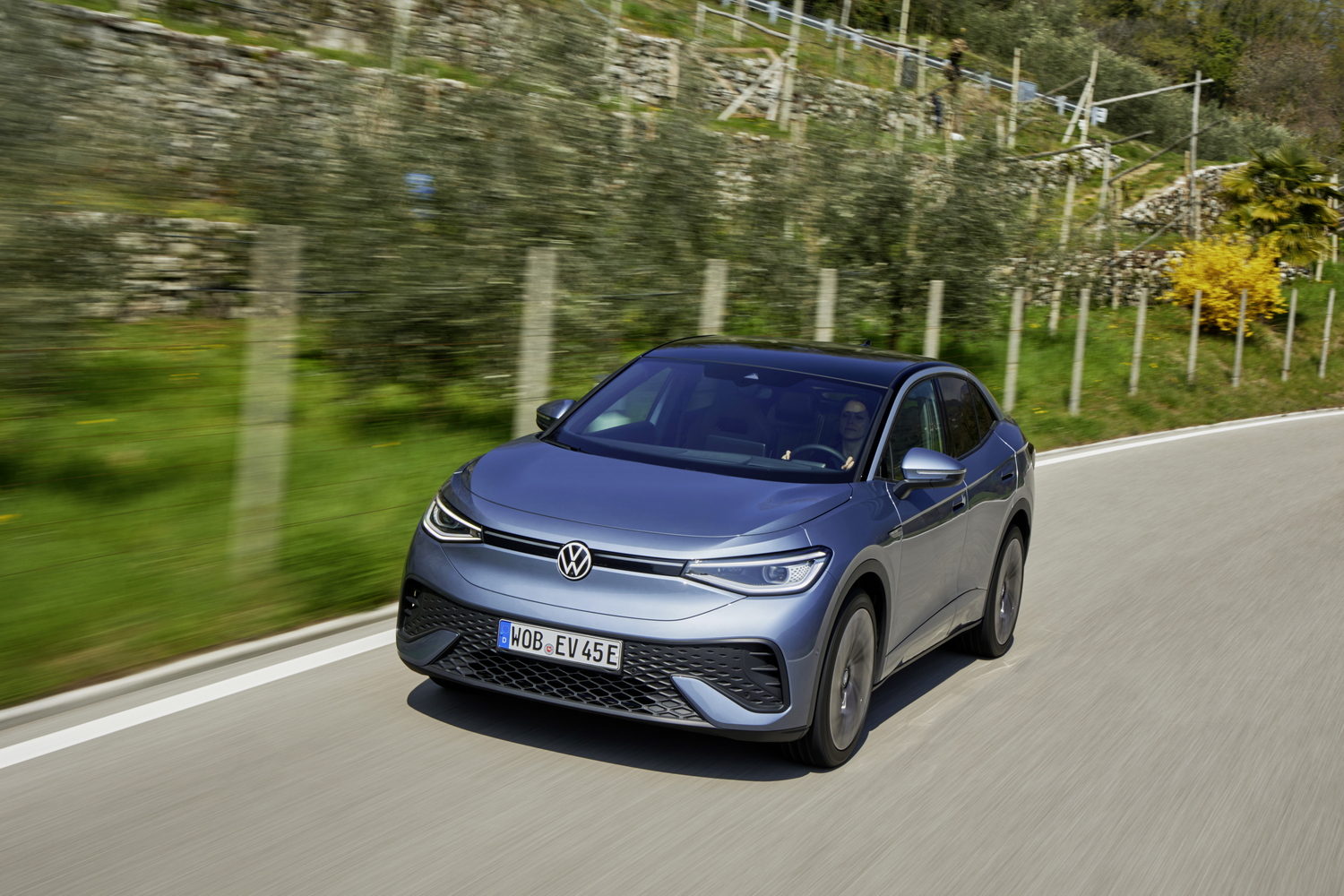 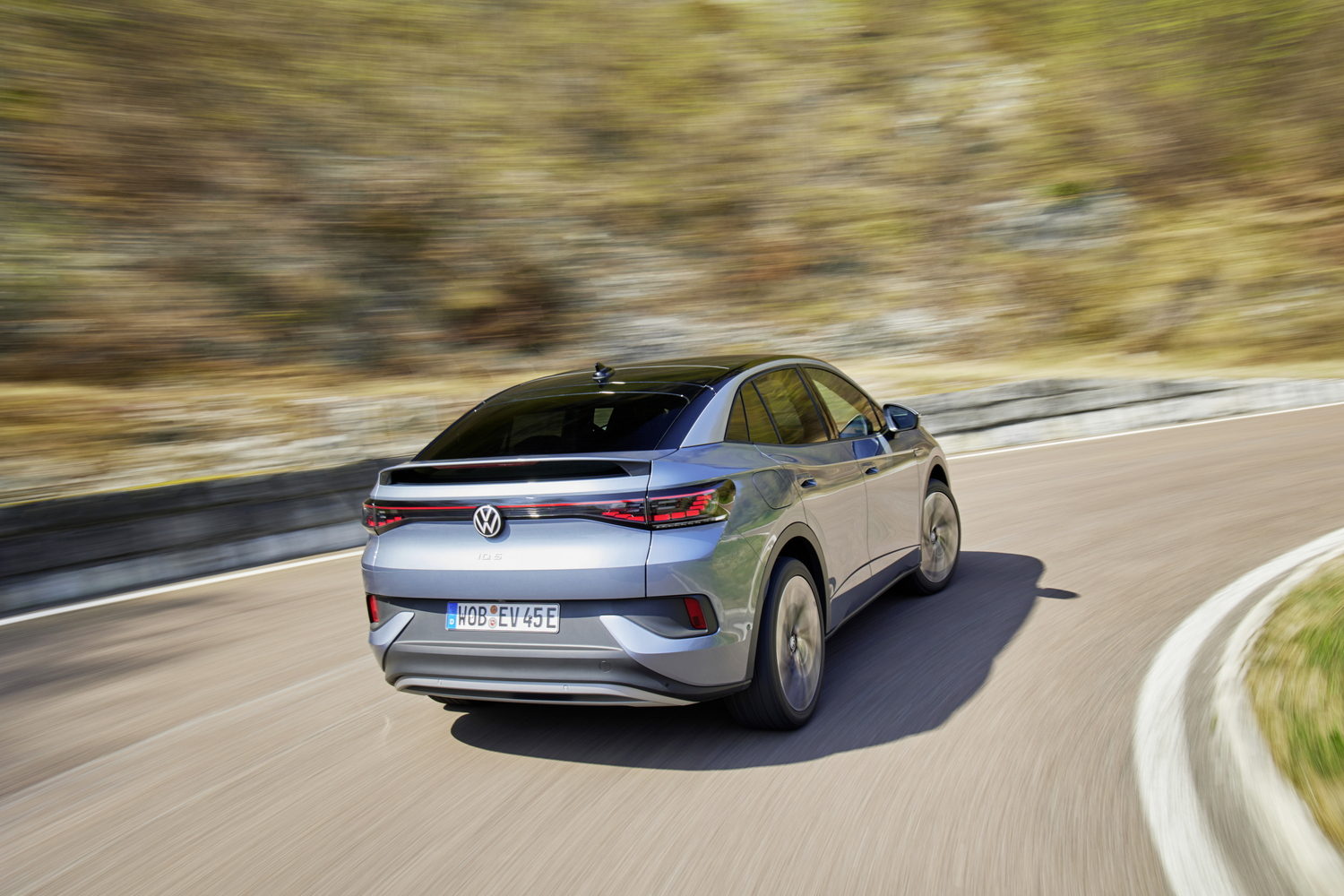 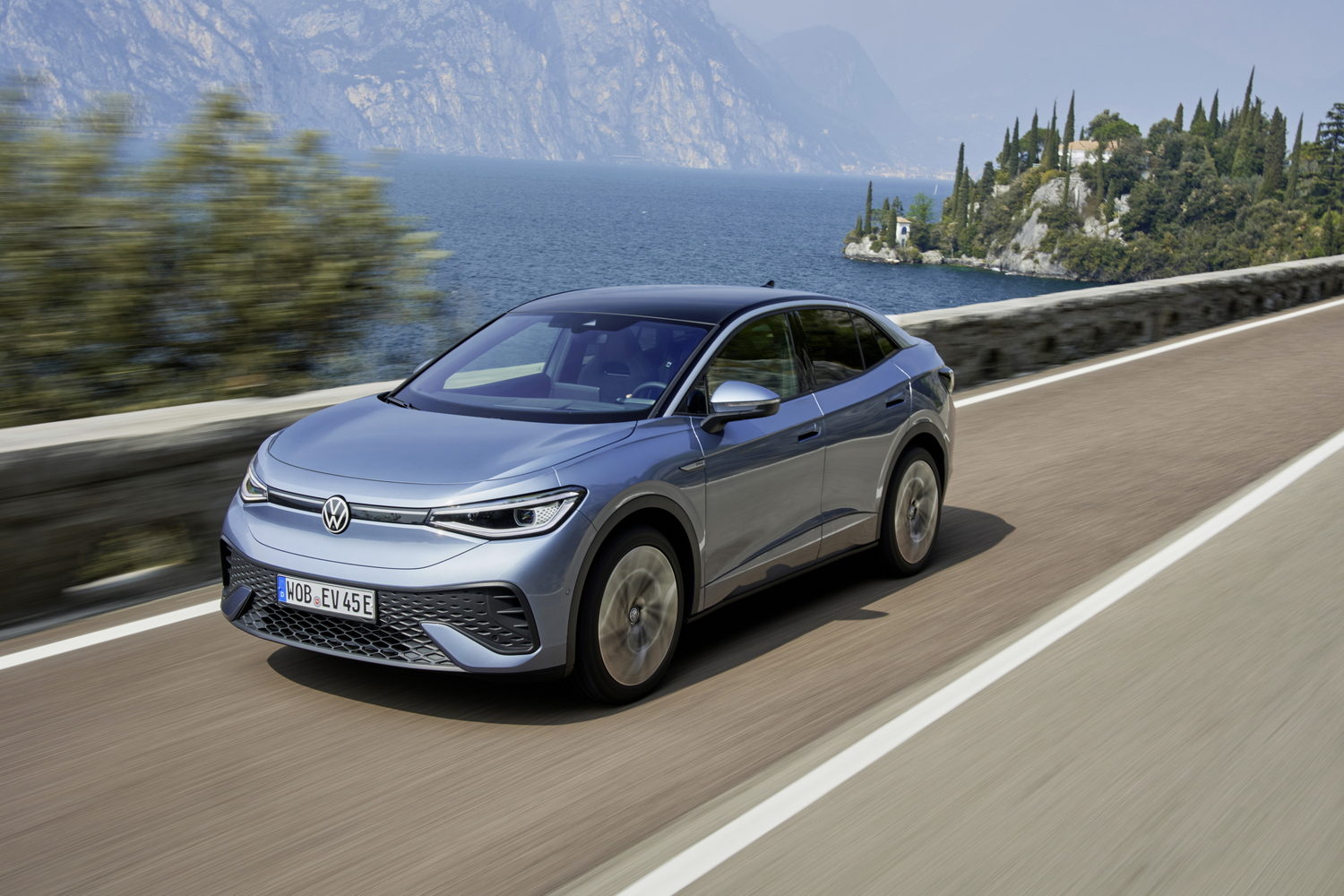 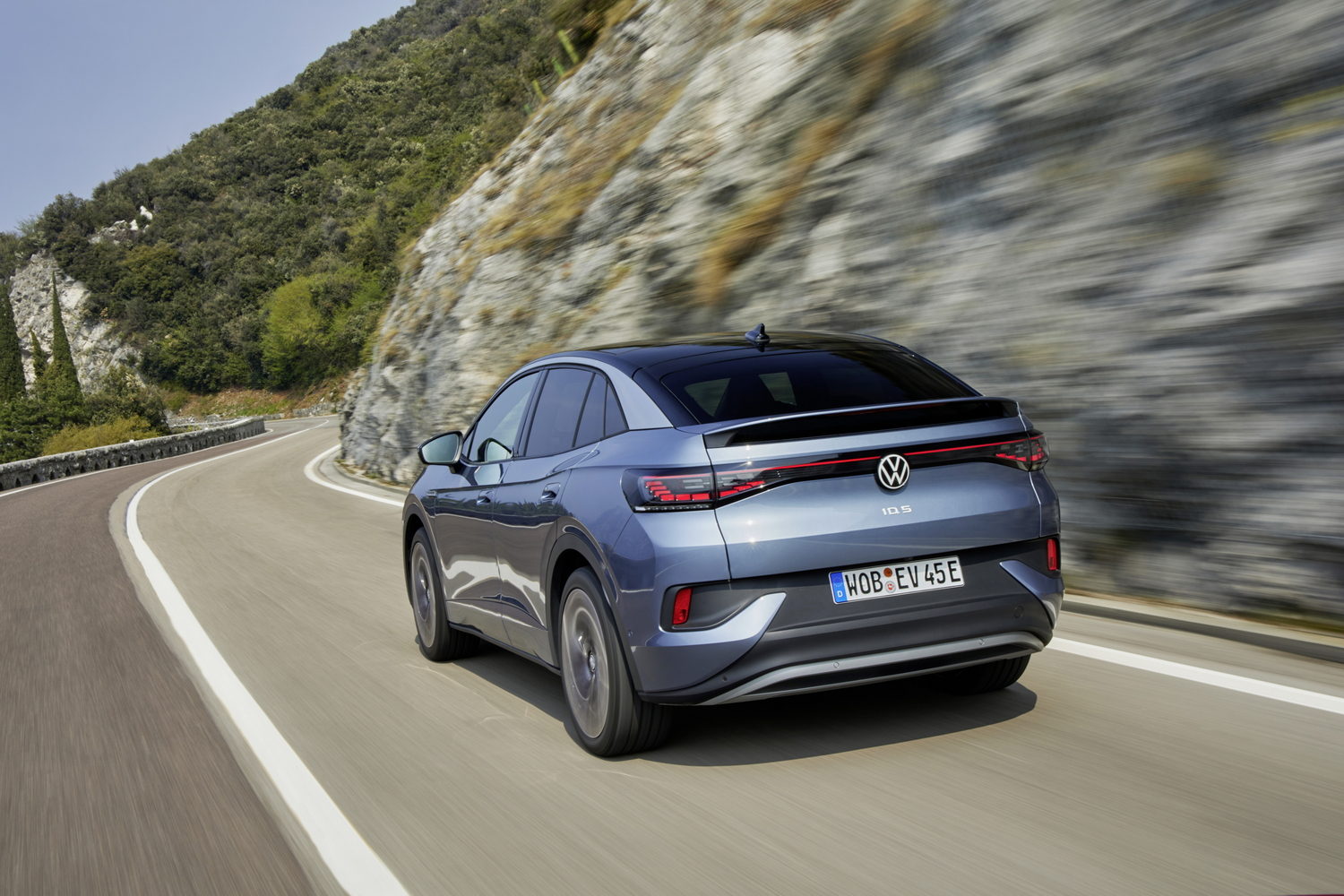 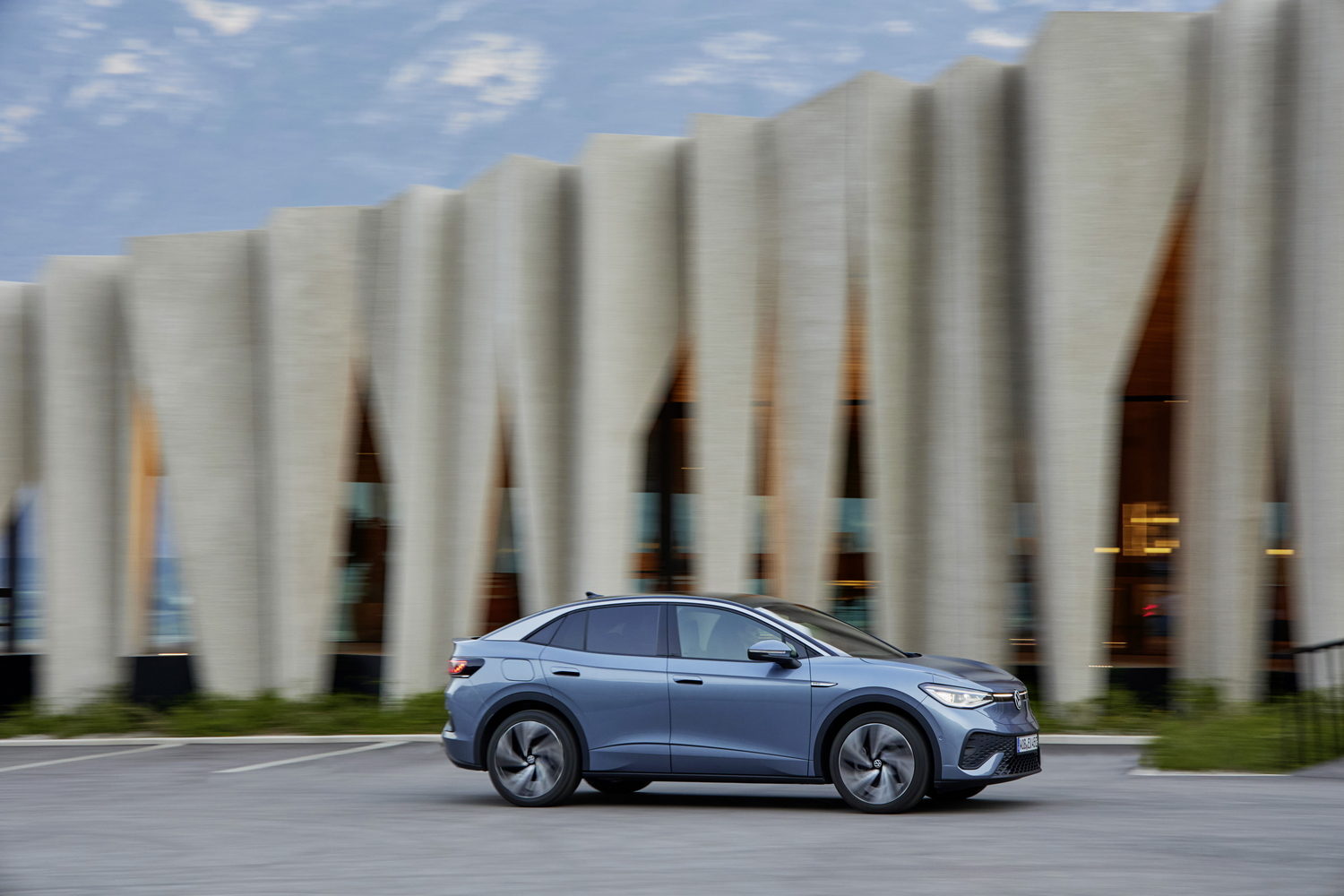 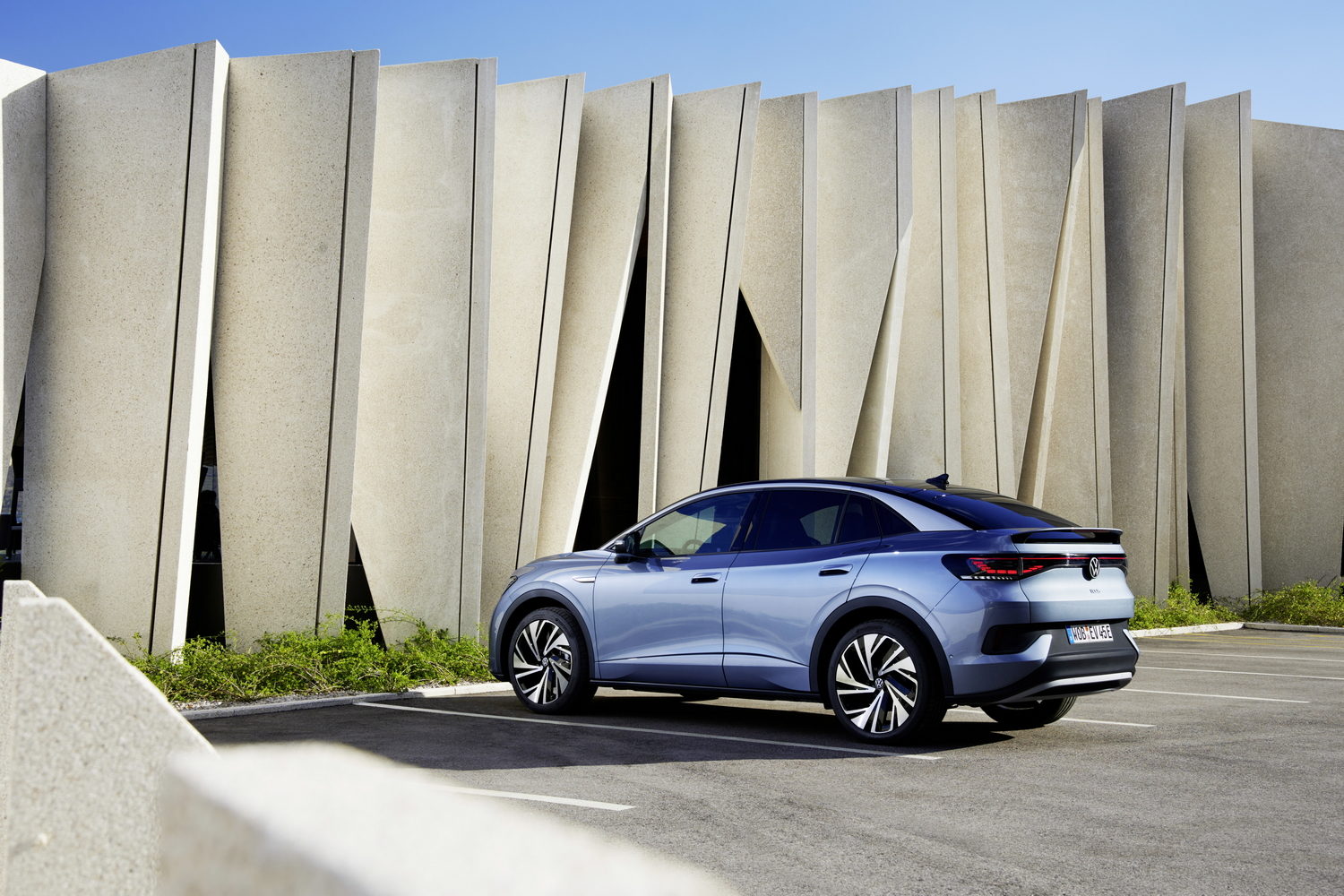 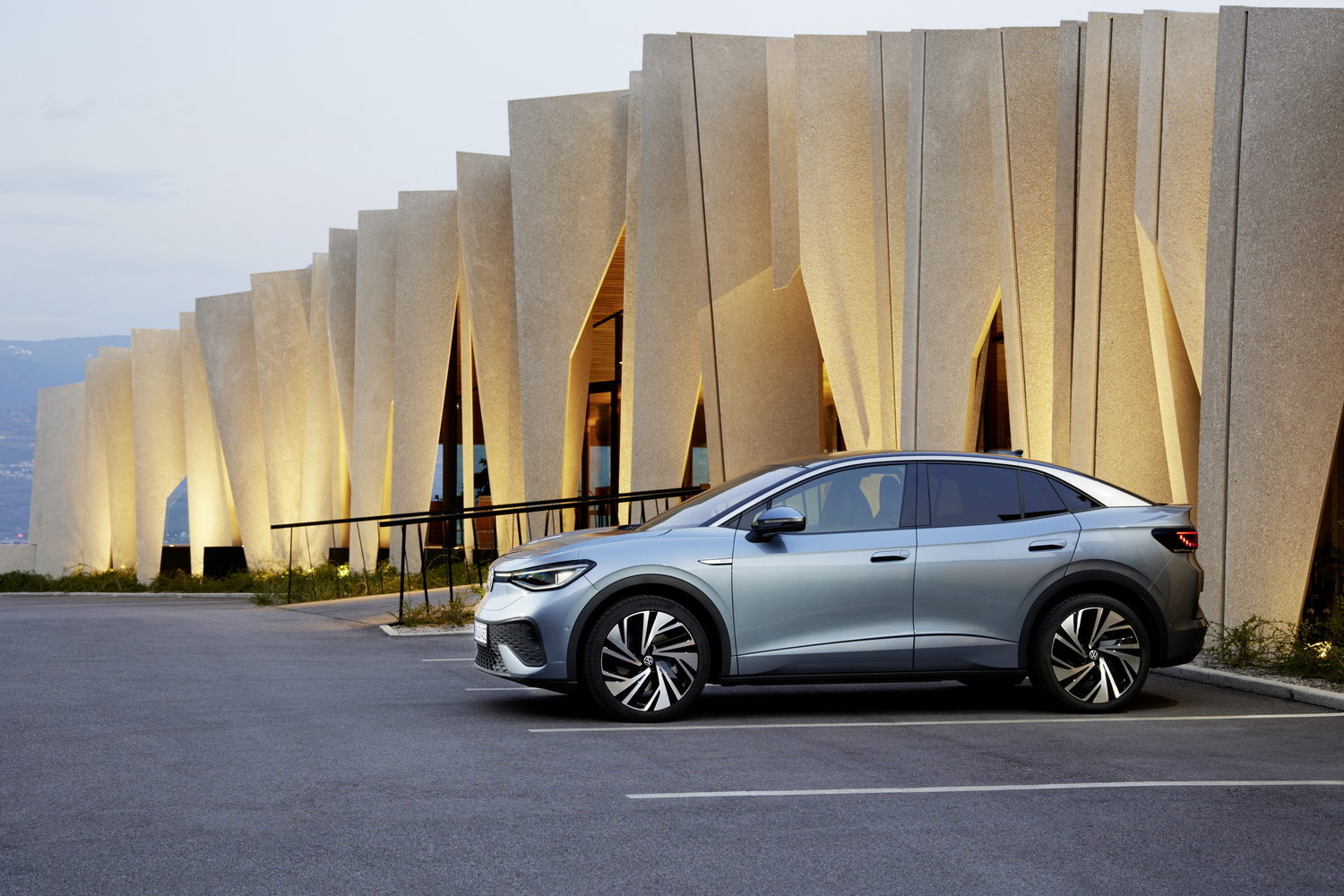 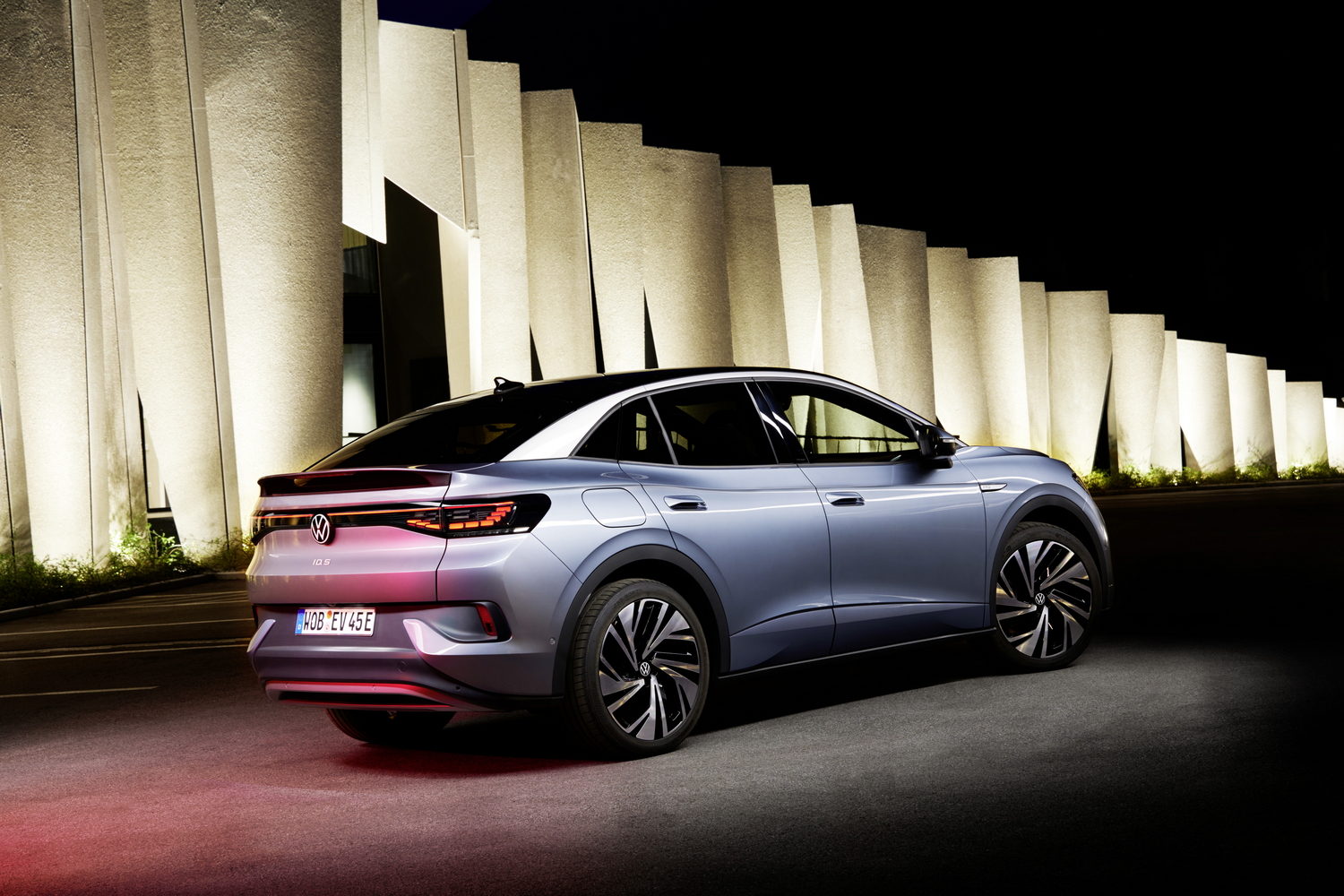 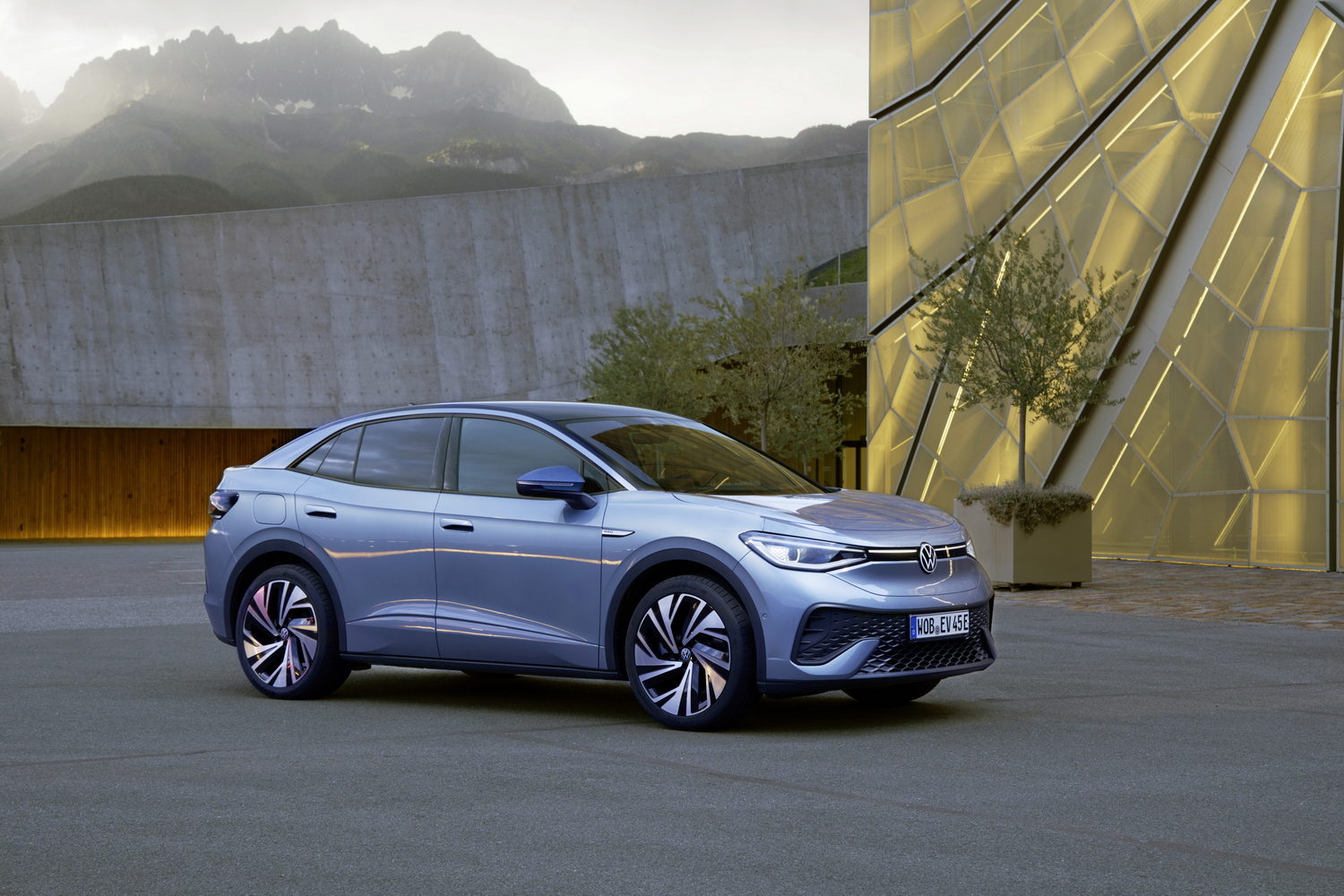 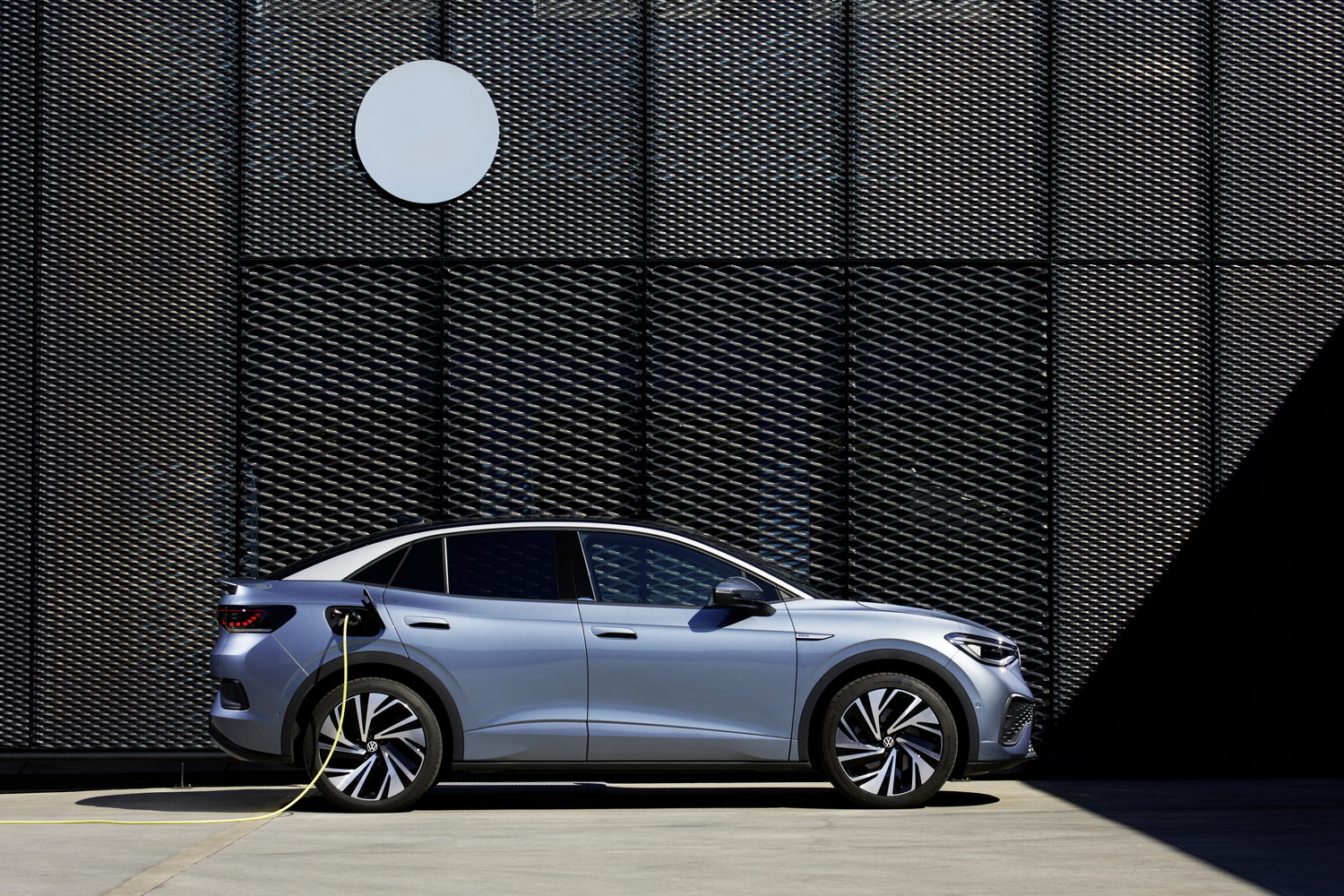 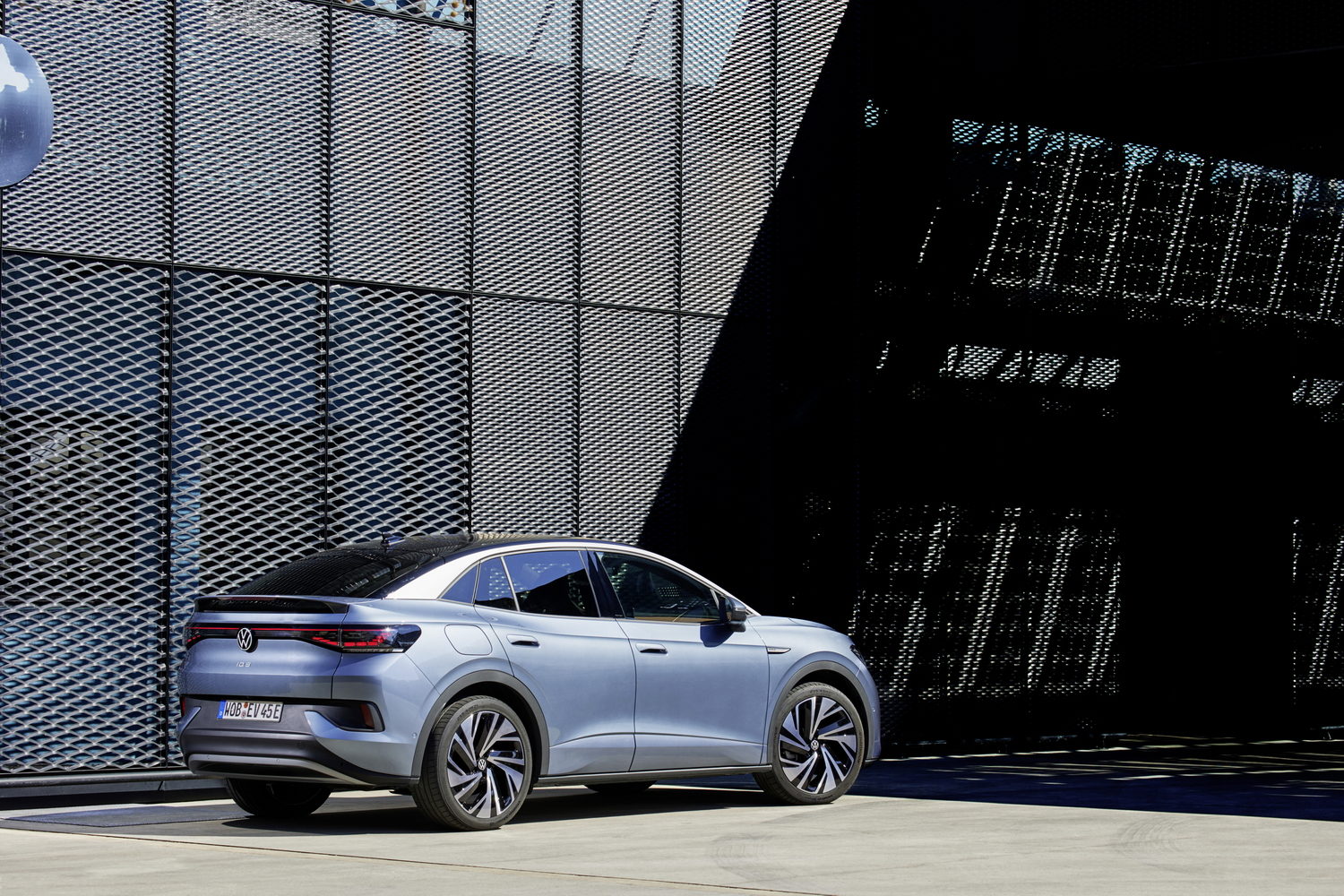 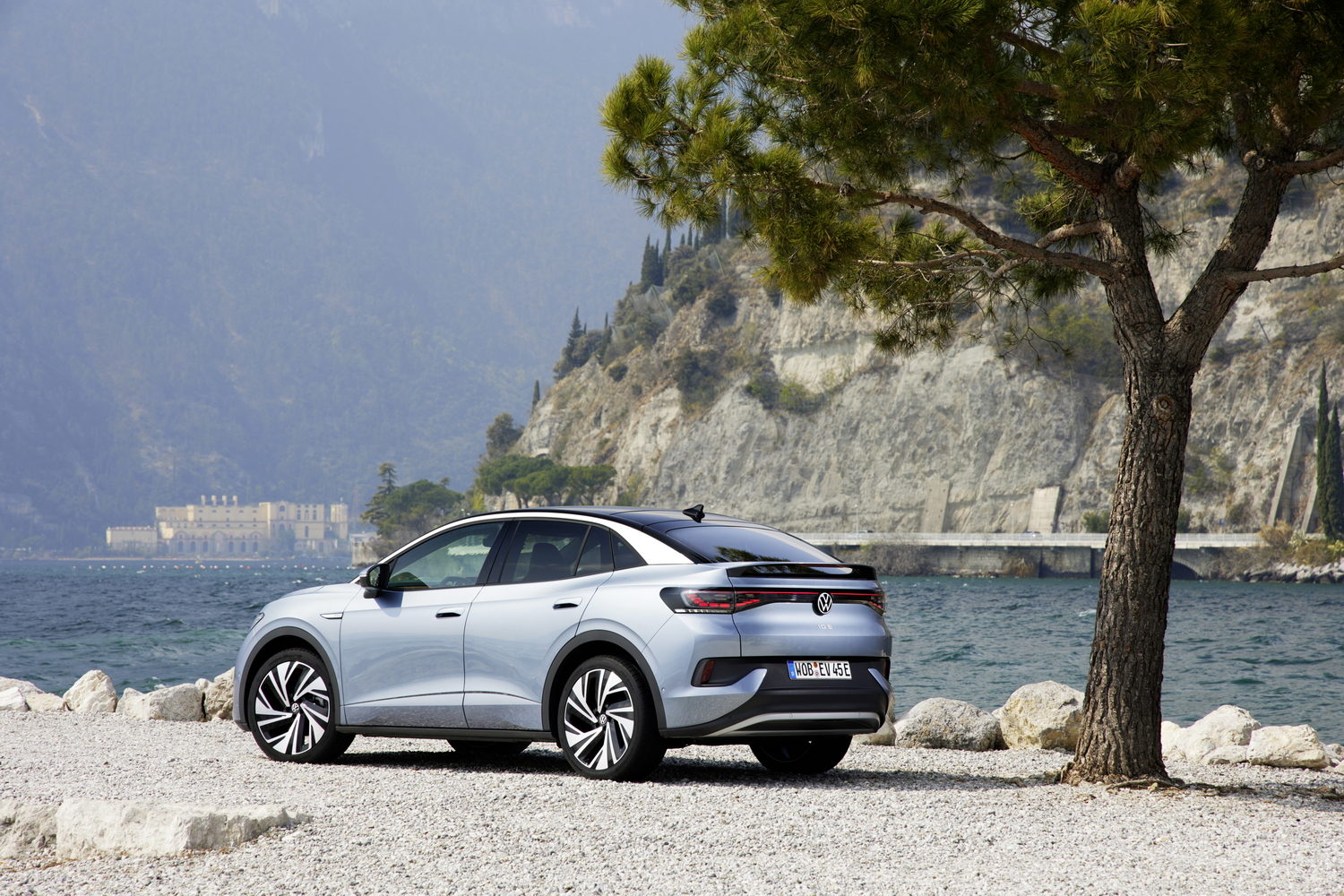 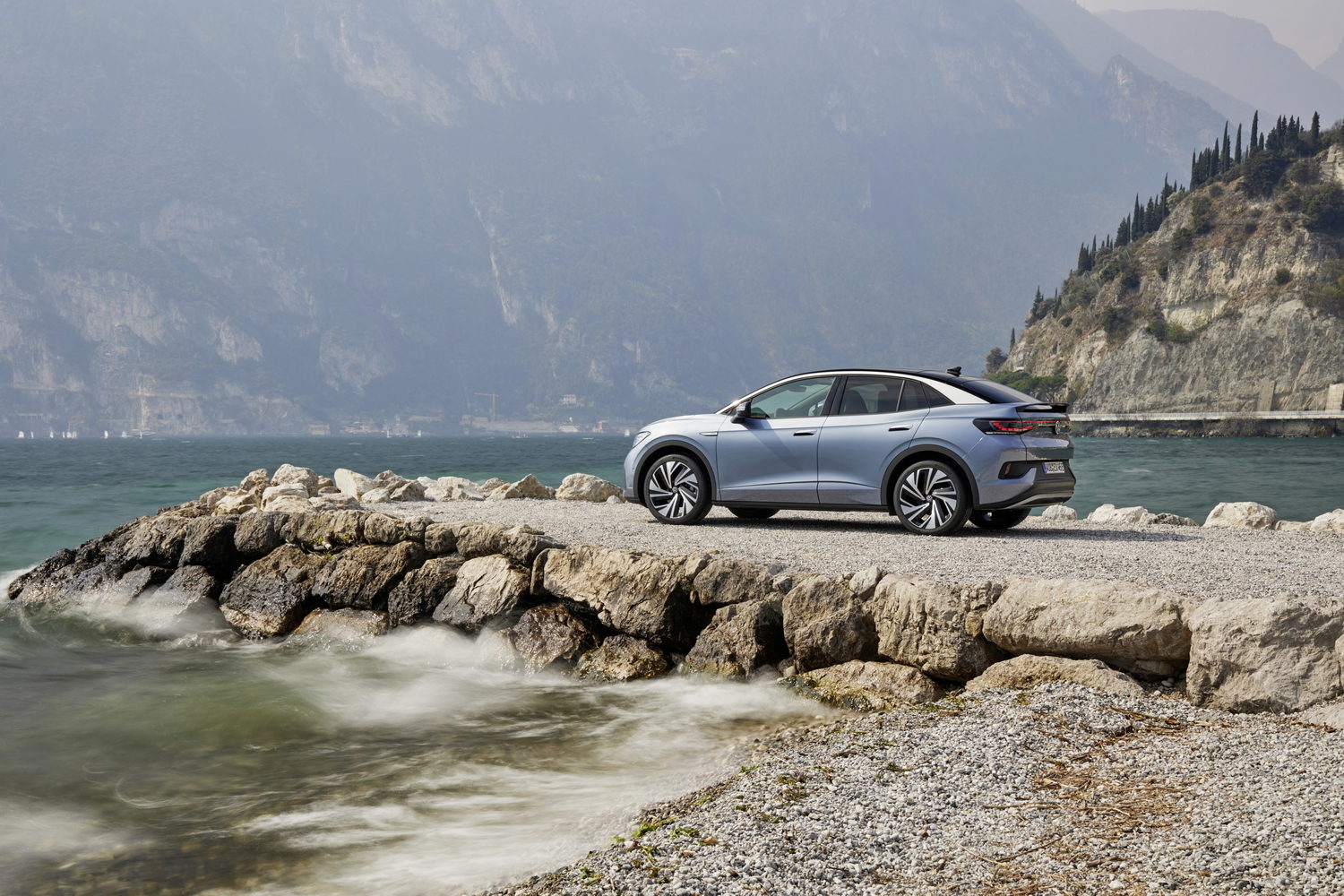 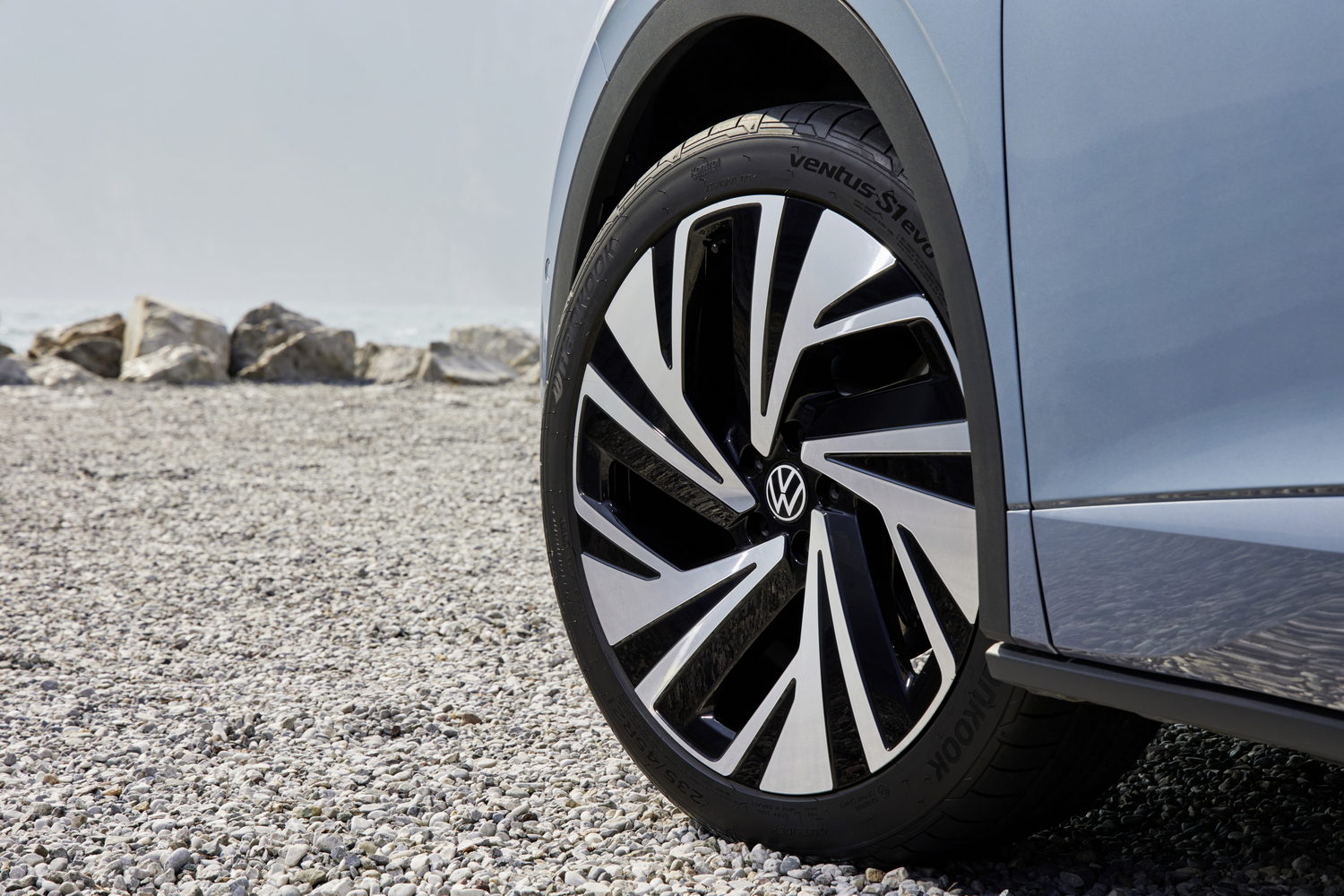 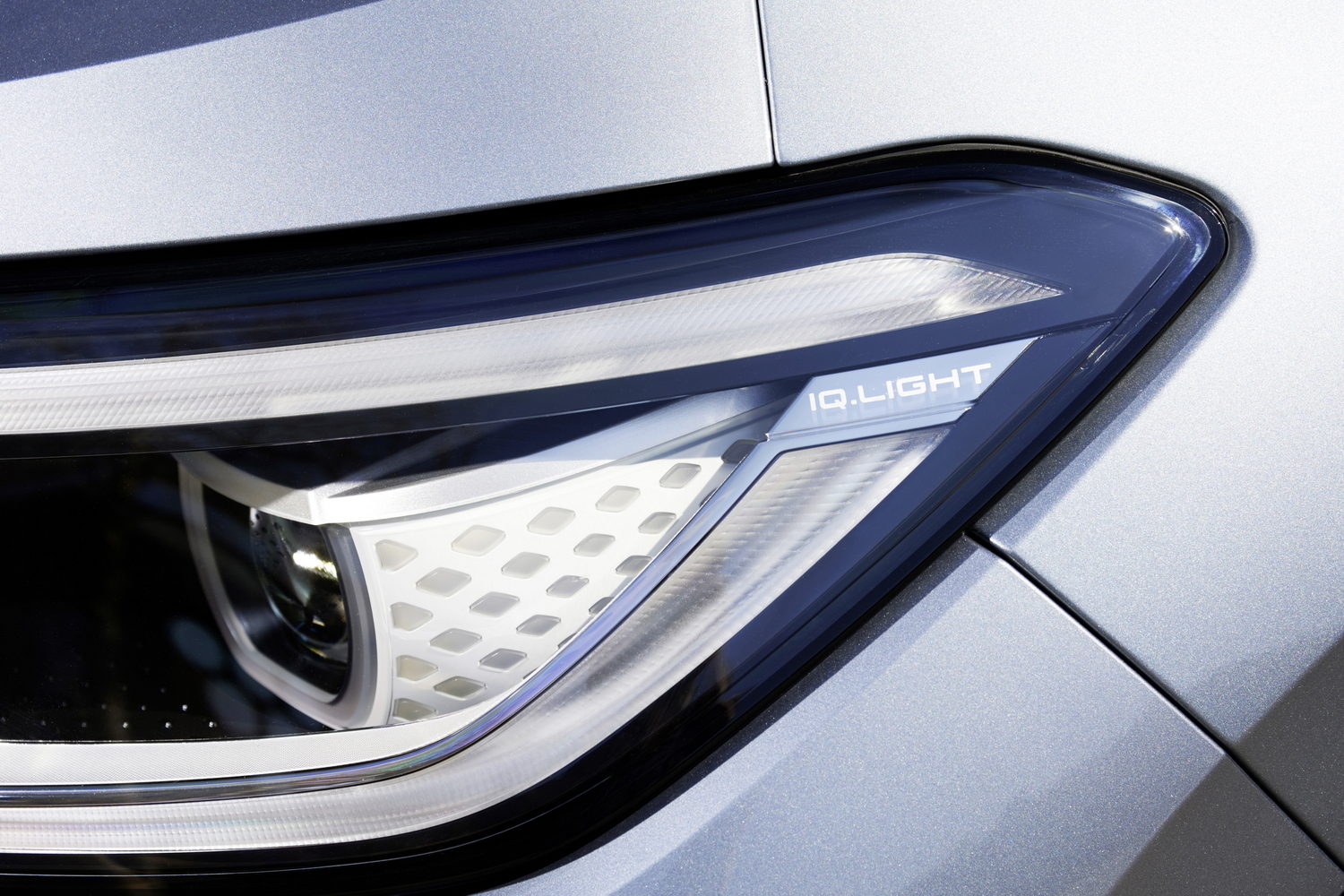 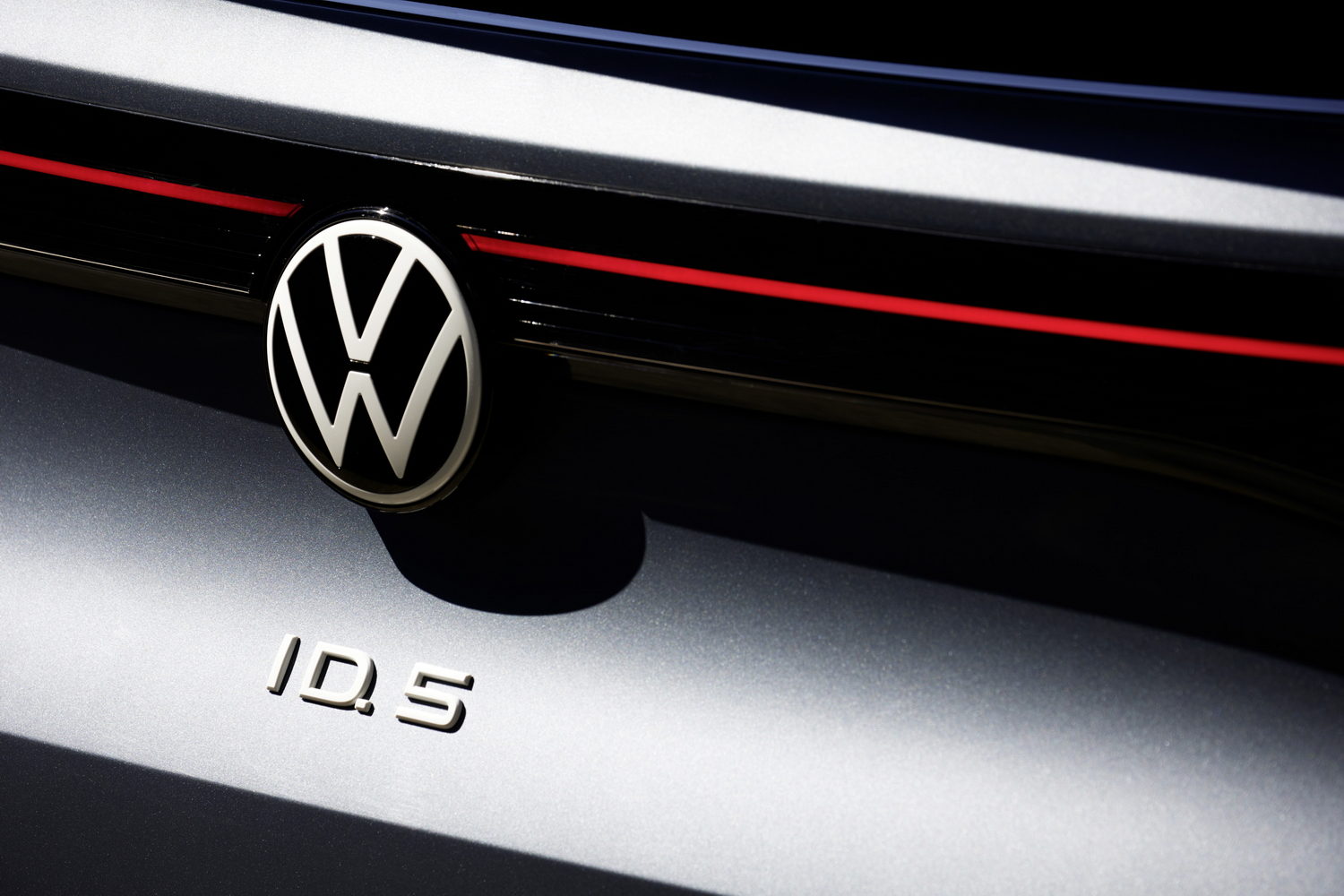 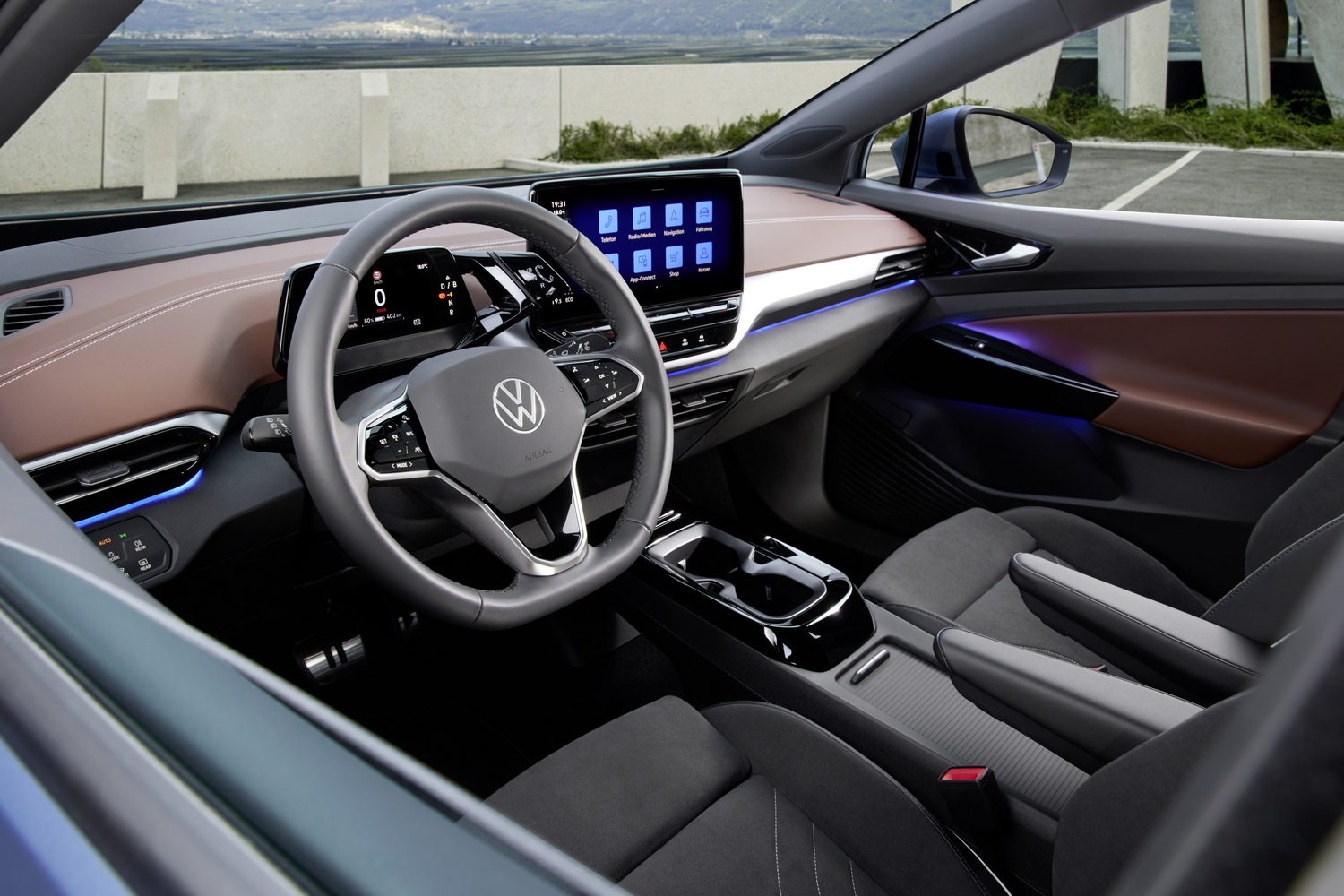 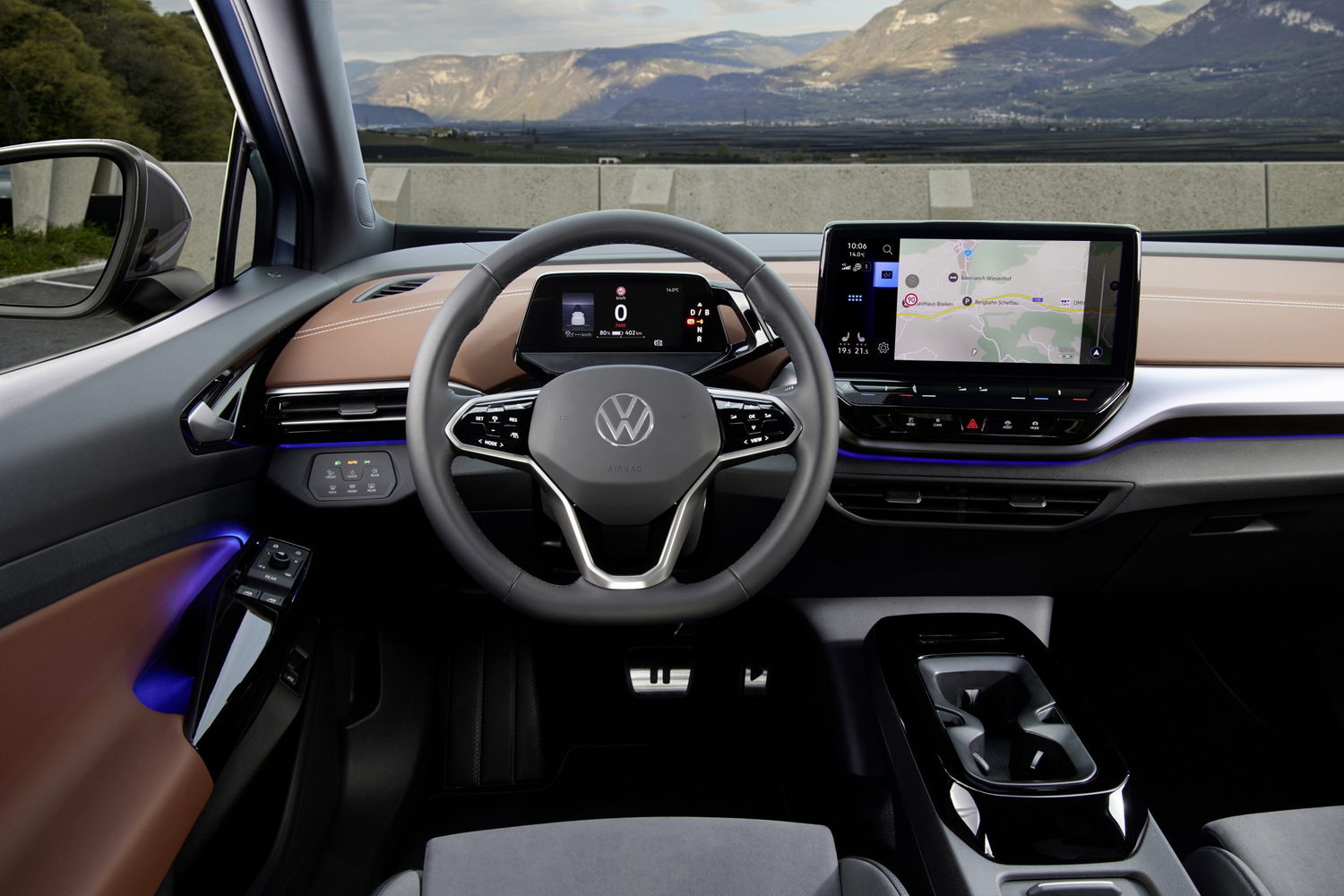 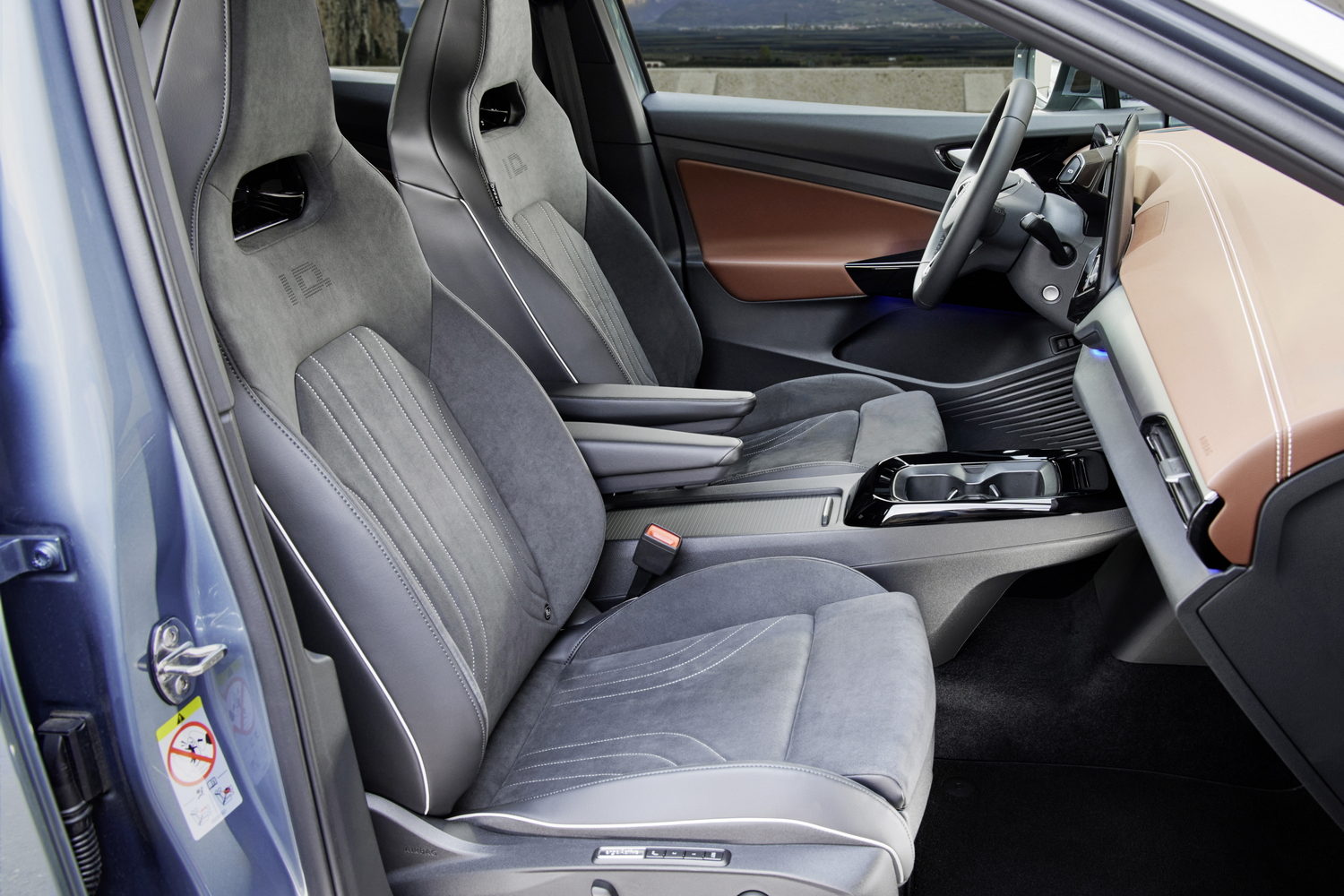 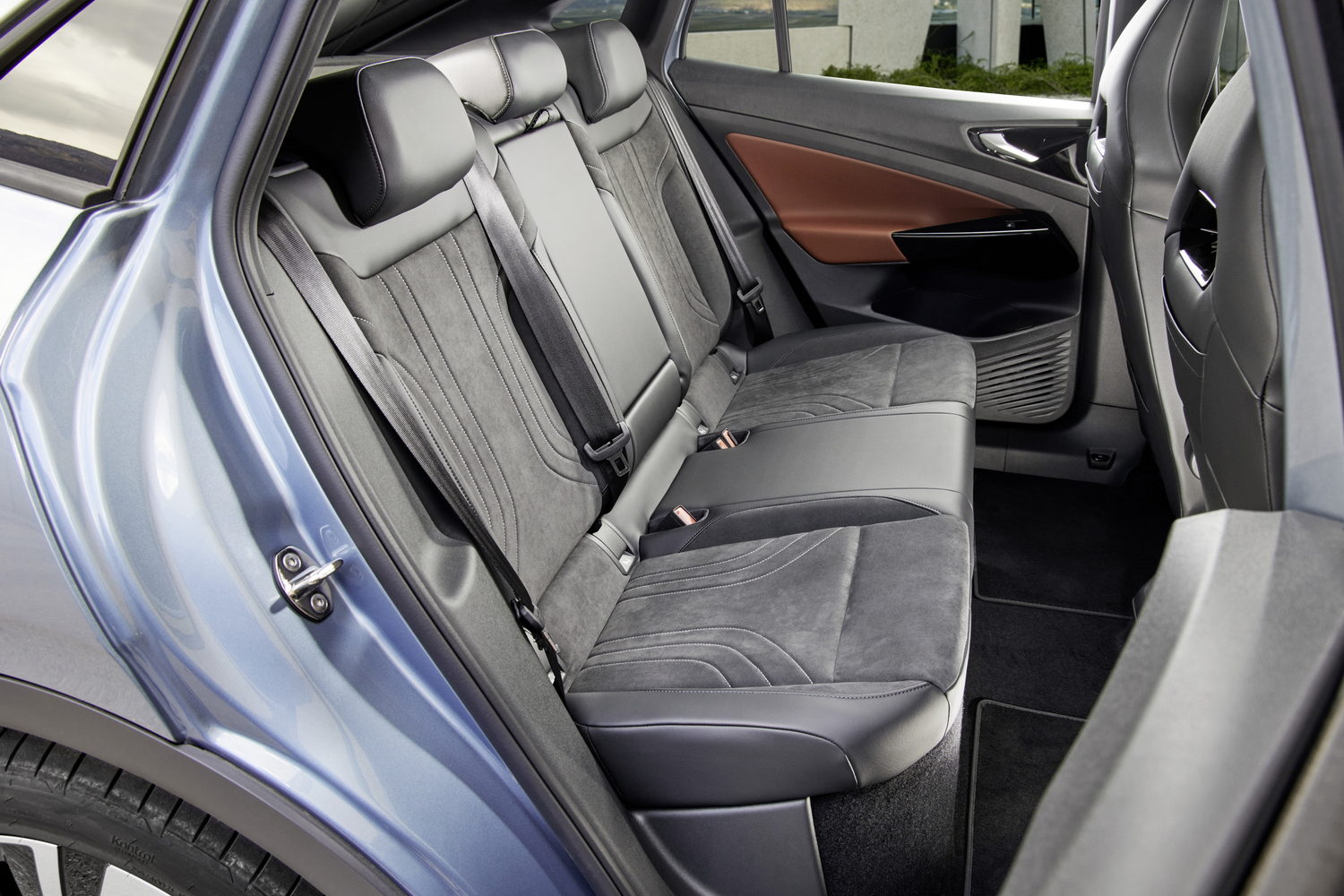 The Volkswagen ID.5 EV isn't as much of a compromise as you might think.

It's easy to look at the new Volkswagen ID.5 and think that it must be less practical than the rather popular ID.4 electric car, but a deeper look reveals there's not a great deal of difference, other than the price. So is it worth the premium?

It isn't a huge surprise to see Volkswagen spin a second derivative off the back of the popular ID.4 and, styling wise, the ID.5 is just different enough to make buyers stop a minute to weigh the two up. Start at the front and you'll notice that the ID.5 gets a slightly different bumper design that calls to mind an oceanic bottom feeder devouring krill. There is a nod of sorts to the Golf GTI and even the Arteon, and at least it isn't a pure carbon copy of the ID.4.

That said, the ID.5 is structurally identical to its slightly boxier sibling as far back as the B-pillar between the front and rear doors. From this point rearwards it adopts a sloping roofline. In our test car it's finished in contrasting black with a silver blade running through the side. Depending on your choice of exterior colour this could be more or less prominent. On the fetching 'Stonewashed Blue Metallic' hue it's the latter and it pulls it off well, too.

There isn't a rear wiper on the raked rear window, and Volkswagen will tell you that the air flowing over it at speed will flick away any rainwater as you drive. That's fine, but we wonder how many Volkswagen engineers have driven past building sites and down rural roads in the middle of winter - it's always nicer to have the option of a wiper. Better to be looking at it than looking for it as they say. The subtle wing element may hint at a sportier nature to the ID.5, though for a car weighing 2,650kg we're not sure it's exactly in need of additional downforce. Incidentally, you can see it bisect the window in the rear-view mirror, though it's not too obstructive.

Also less obstructive than you might expect is that roofline when you're sitting in the rear. There's a 12mm reduction in headroom, which in the grand scheme of things isn't a great deal, even if you have adults sitting in the back. Bizarrely, the ID.5 gets a tiny bit more boot space than the ID.4 when the rear seats are in position, though loses out slightly when they are folded forward. Still, at 549 litres the boot is more than reasonably sized.

Up in the front seats, as with the ID.3 and ID.4, there's a small digital instrument display that features the drive selector on the side. Almost everything is contained within the main touchscreen with temperature adjustment done via a capacitive bar along its base. Volkswagen has been making some changes to the software of its operating system following criticism, but we feel that there's further room for improvement as some functions are unnecessarily complicated and ultimately become distracting when trying to drive. There is a voice-controlled assistant though that too was more miss than hit during our time with the car.

We'd love to tell you that the re-profiled ID.5 is a more involving and sportier car to drive than the ID.4, but it isn't. In fact, other than the different view you get in the rear mirror, this drives all but identically to the ID.4. Positively, that's no bad thing as the MEB platform and rear-wheel-drive setup result in a pleasant experience that extols the positives of driving an electric car.

Its weight does mean that - even with 204hp and a modest (by electric car standards) 310Nm of torque - the Volkswagen never feels especially rapid. Not that everyone needs or wants a big heavy SUV to also be fast.

As you press your foot on the accelerator the power delivery is pleasingly smooth and you're soon up to 50km/h while moving in what seems like near silence. Many will appreciate the raised driving position, and the outward visibility is fairly good. The novelty of the augmented reality head-up display doesn't fade too quickly either. It feels really unusual at first, but it soon becomes normal and when using it for navigation assistance in particular, it can be quite useful.

The 77kWh battery is the only one to be offered with the ID.5 and, depending on the specification grade, is good for between 500- and 513 kilometres in WLTP conditions. A very normal drive across a variety of routes indicated a real-world range of 390 kilometres with two people onboard in relatively warm conditions.

Solid is an effective way of describing how the Volkswagen ID.5 feels on the move. Surface lumps and bumps are soaked up reasonably well and with little fuss, though we had the benefit of some better-preserved roads during the international launch. Whether those 21-inch wheels will be as pleasant to live with back on Irish roads remains to be seen. It's quiet too, with little in the way of road and tyre noise seeping into the cabin, all of which adds to the relaxing nature of driving the ID.5.

The added style of the ID.5 costs a premium over a similarly equipped ID.4 unless you opt for the lower 174hp power output - something that isn't currently available for the ID.4. Pricing for the 174hp ID.5 starts at €54,995 for the Business specification, and that includes the €1,300 delivery and service cost that is automatically applied. That includes one service with brake fluid replacement and a pollen filter change. You can opt out of it, though, which reduces the delivery charge to €1,016.

For the highly equipped ID.5 Max, you get virtually everything Volkswagen has to offer. Adaptive chassis control provides more scope for personal setup, and progressive steering and sports suspension add to this, so if you enjoy driving and want to experience the most it can offer this is a version to consider. It's also the only version, other than the GTX, to get a heat pump as standard, otherwise it's a €1,182 option. All models are optionally available with 20- or 21-inch wheels.

There's not a great deal to the Volkswagen ID.5 other than its appearance, though that's no bad thing. Its 204hp electric motor is more than sufficient for most real-world situations and from the driver's seat at least it's all but identical to the ID.4. When you pore through the standard and optional equipment, you'll realise that the price premium becomes more about wanting the sportier look of the ID.5 than anything else. Ultimately, if you want an ID.5 and prefer equipment over performance, save a couple of thousand euro by choosing the 174hp model over the 204hp version. 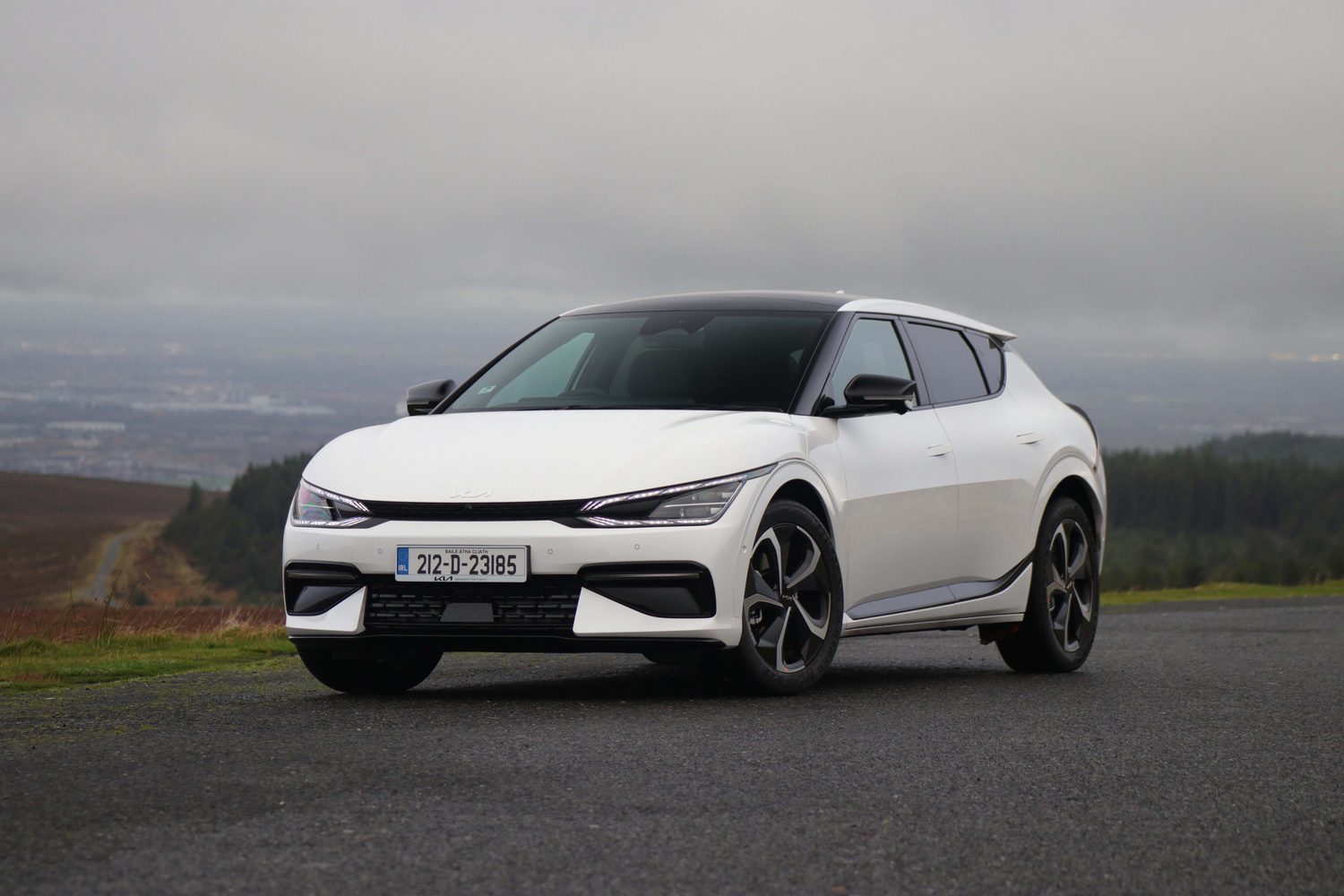 Kia EV6 GT-Line (2022) review
Kia EV6 vs. Volkswagen ID.5 Max (2022): Kia may only offer the one body style for the EV6, but it's a good one. Generous levels of standard equipment, a roomy interior, great handling and keen pricing make this a very appealing EV and one of the best you can currently buy. Every bit as well made as the Volkswagen too. 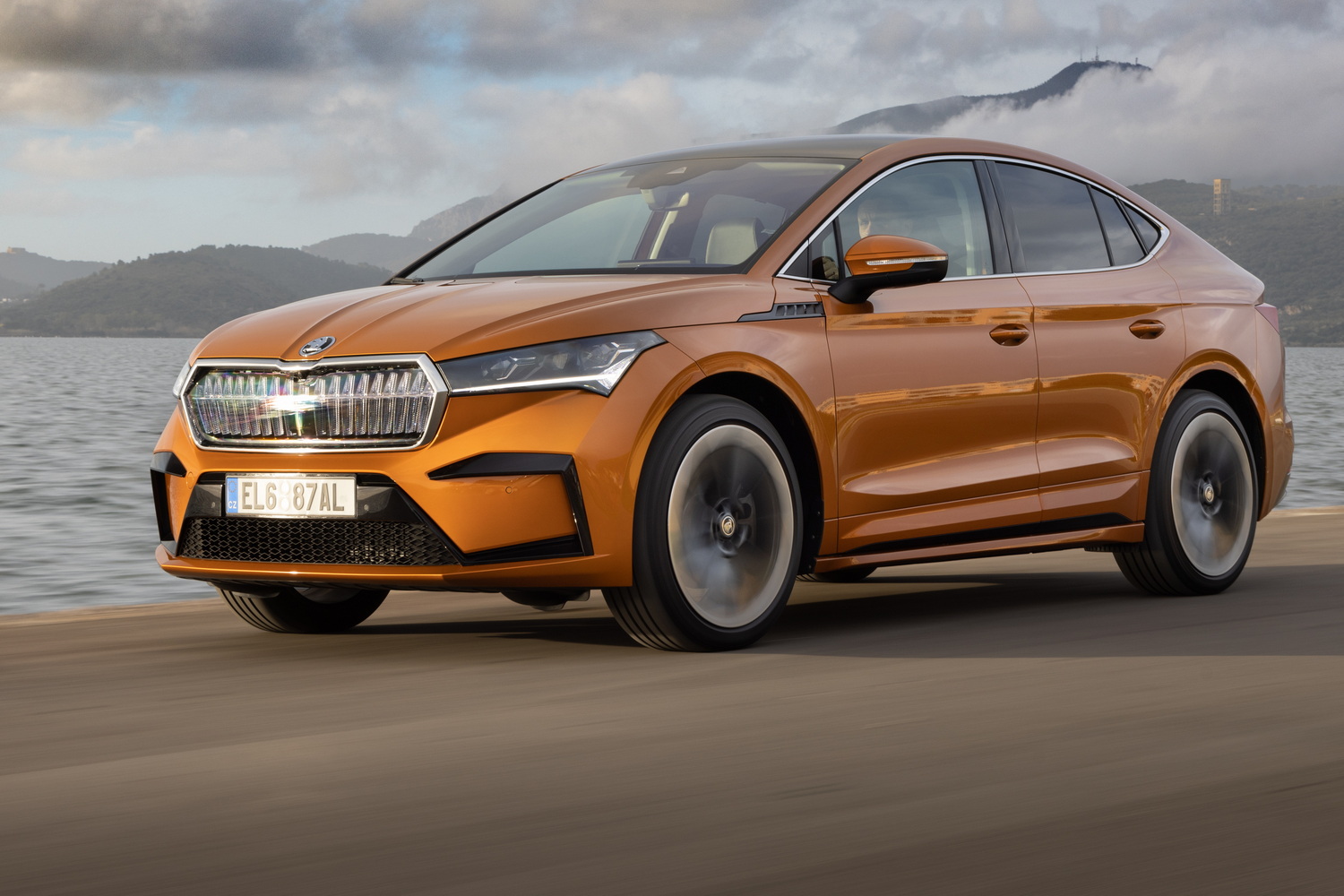 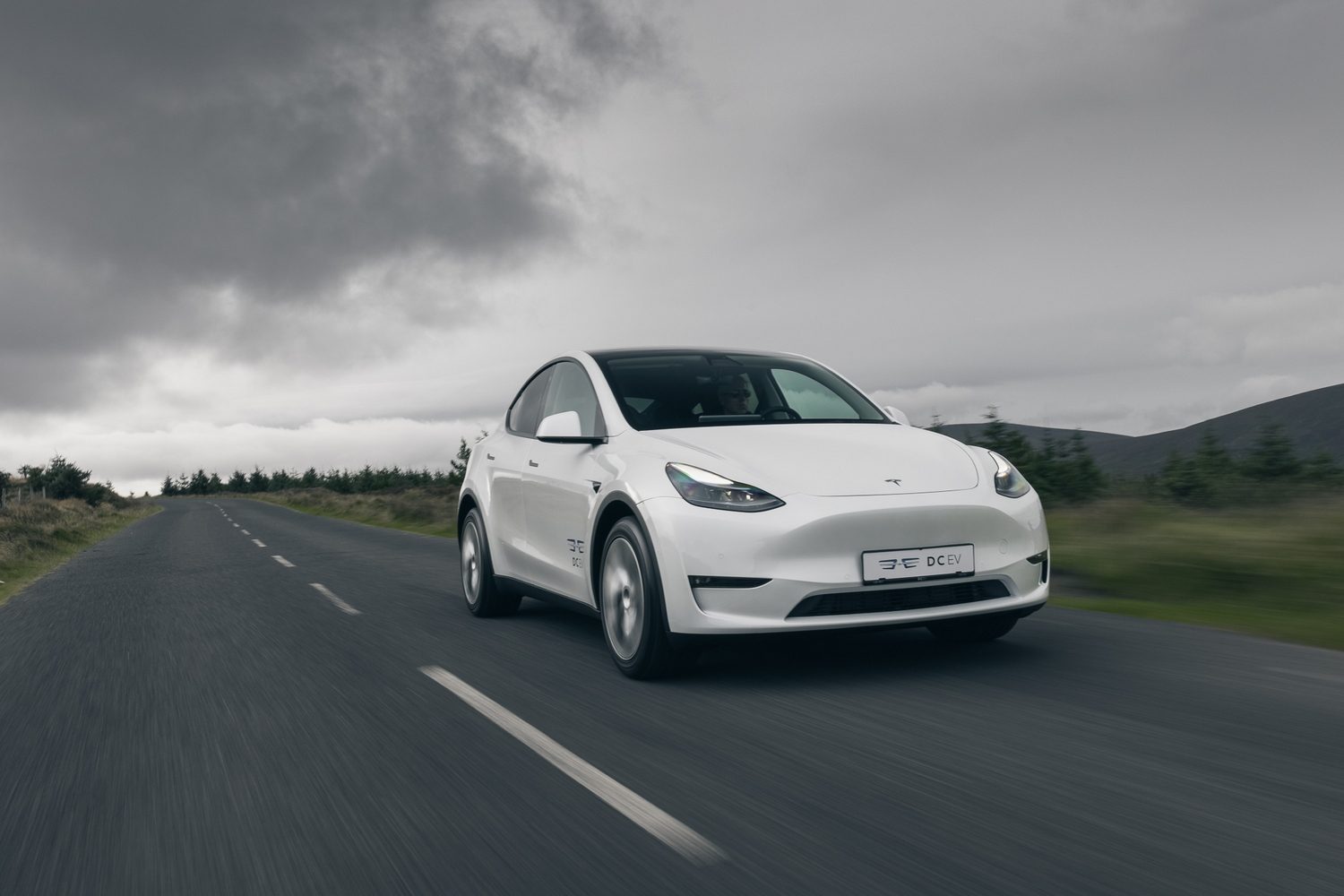 Tesla Model Y Long Range (2022) review
Tesla Model Y vs. Volkswagen ID.5 Max (2022): the Tesla has a similar side profile to the ID.5, but there's more difference inside. You get lots more passenger and cargo space in the Model Y, though the ride quality isn't a patch on the Volkswagen's, despite having considerably more performance.