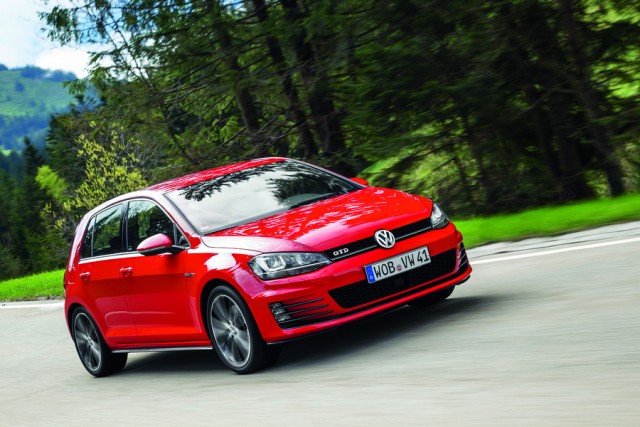 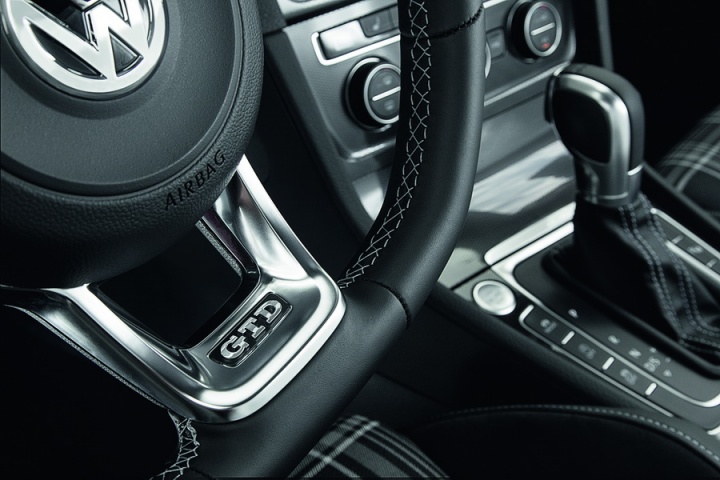 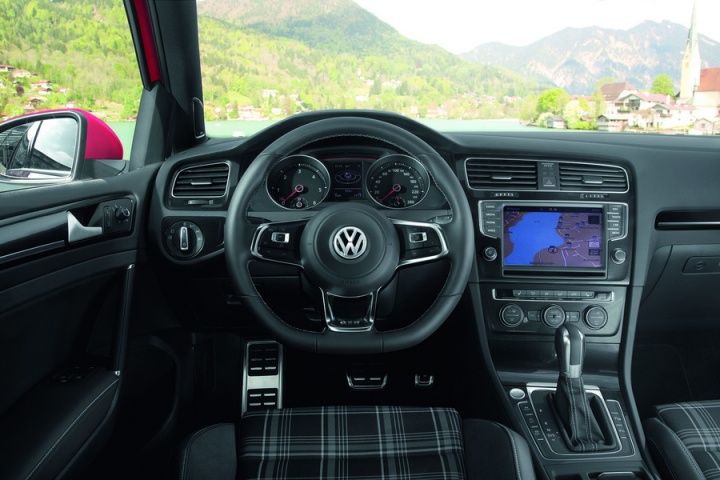 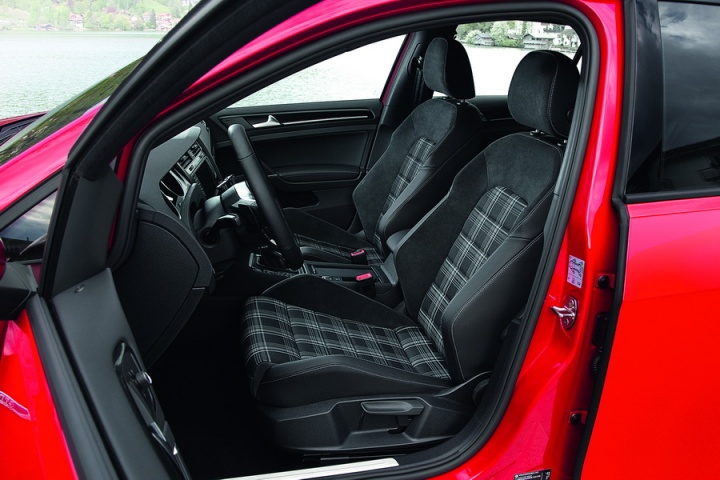 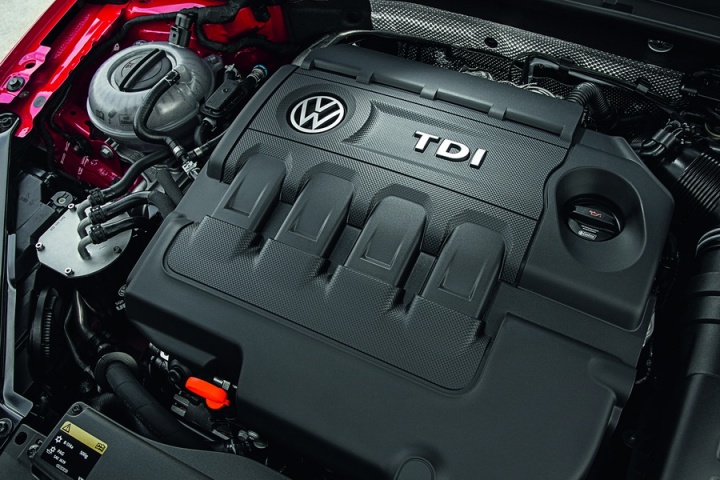 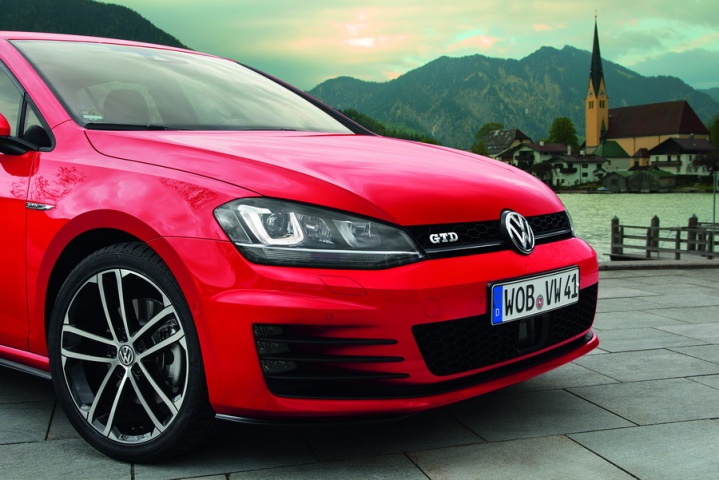 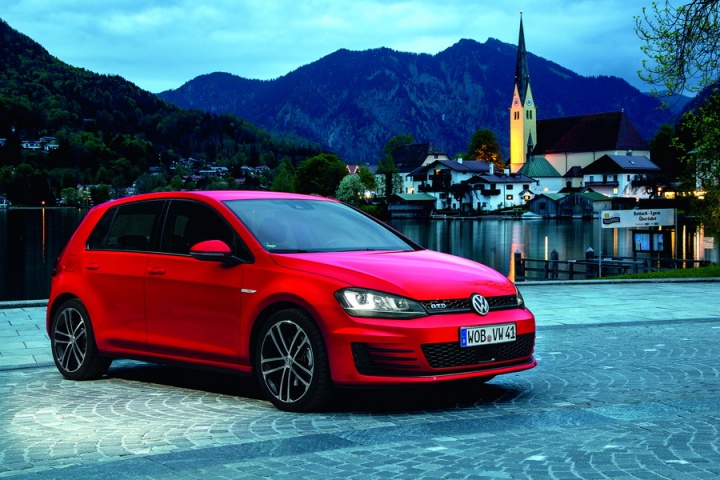 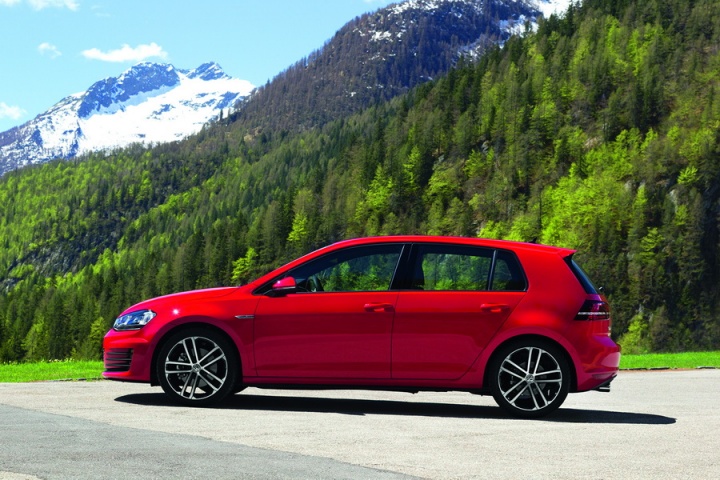 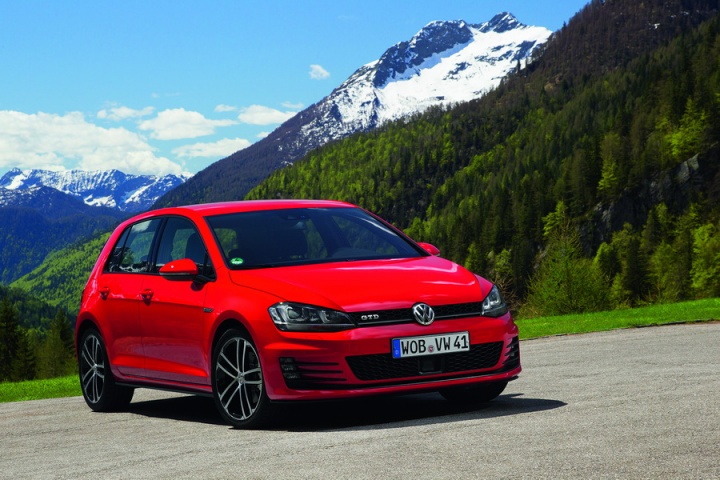 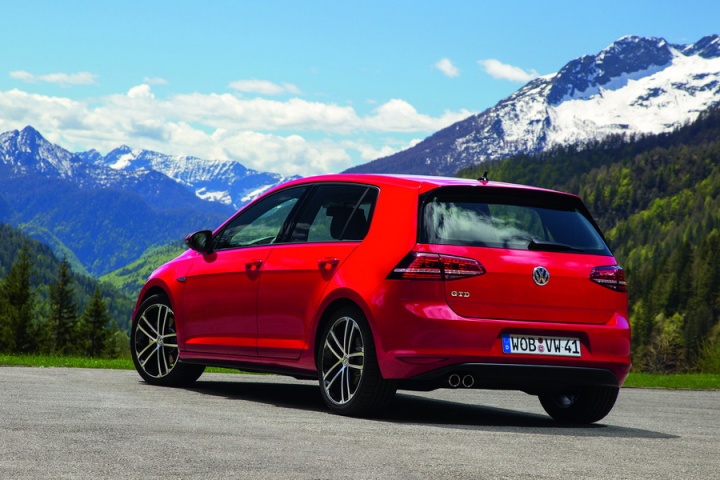 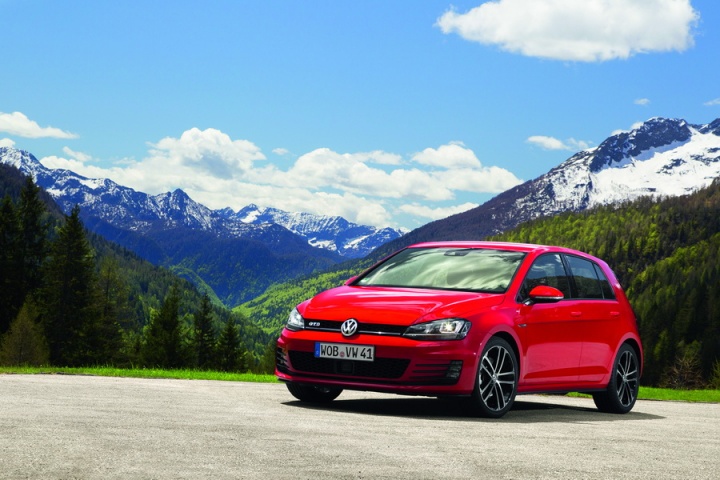 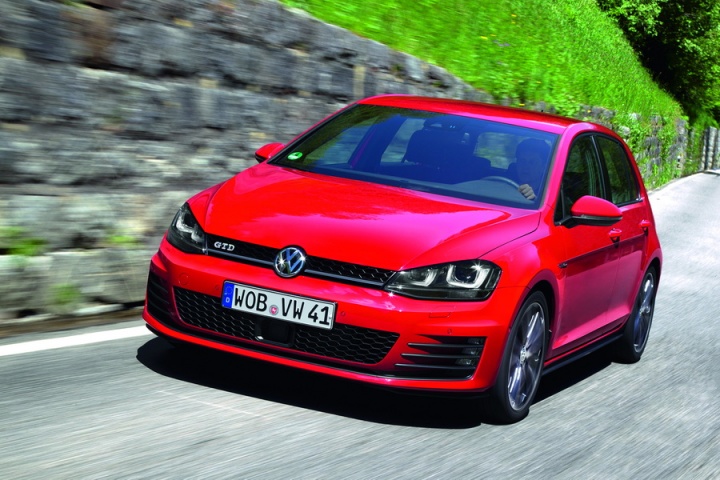 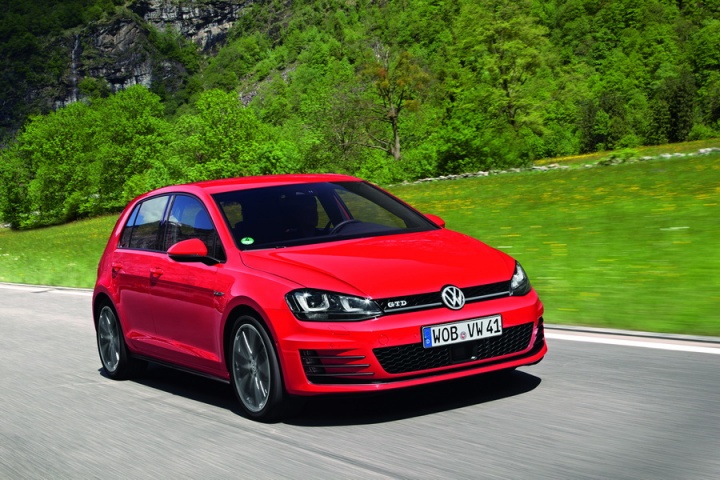 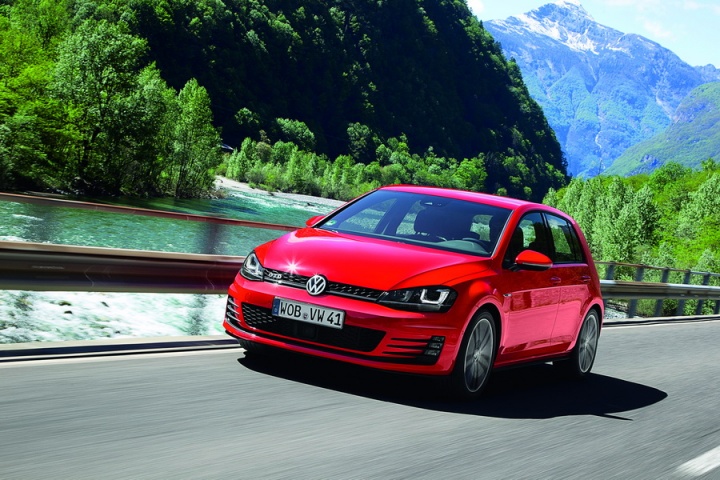 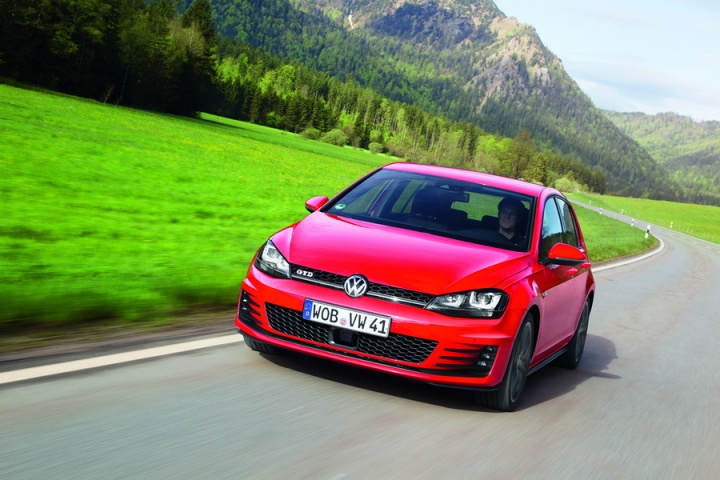 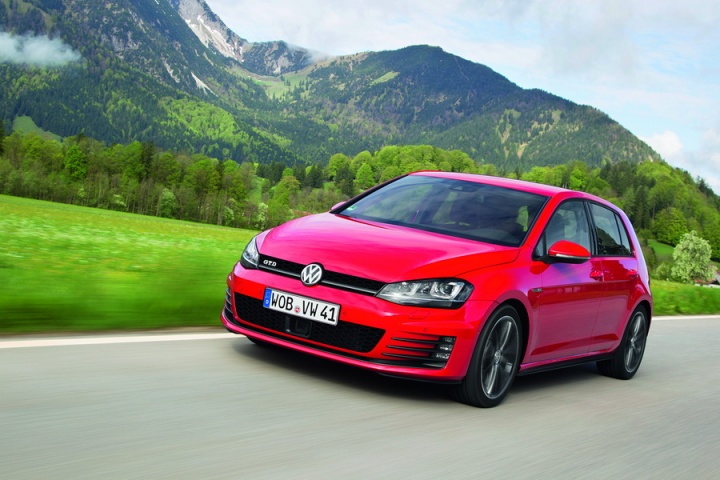 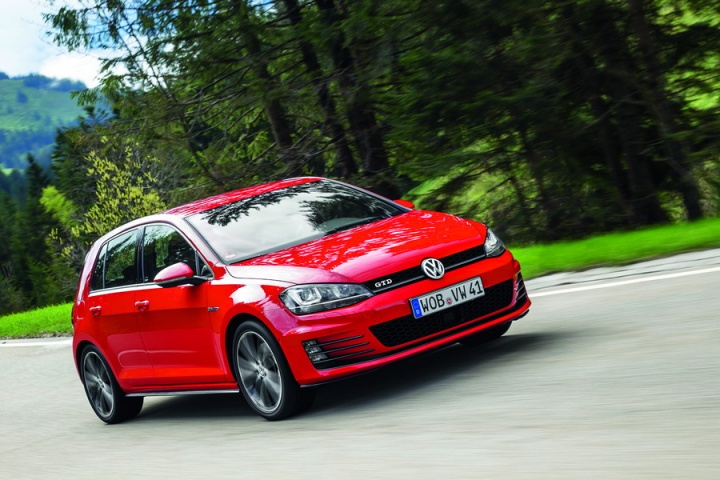 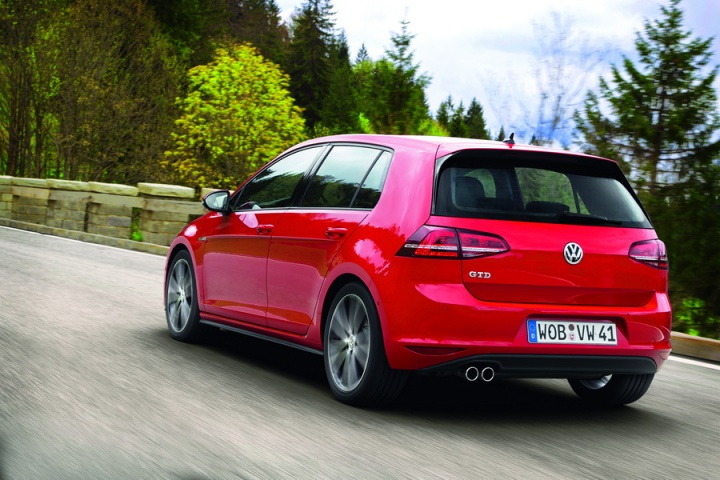 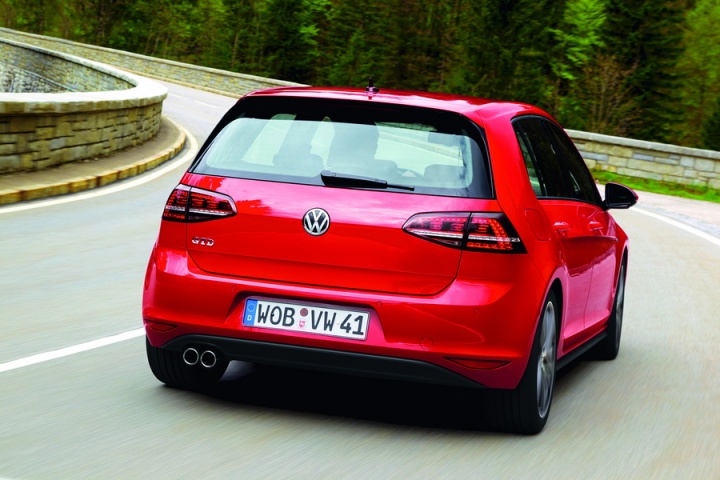 A Volkswagen Golf GTI with a diesel engine isn't a new idea, but it's unquestionably a good one. As an all-rounder there's little to beat the new GTD for combining fine dynamics, excellent economy and fleet and family friendly running costs. But why is it more expensive to buy than the petrol-powered model?

This new GTD is clearly a Golf, so it's instantly recognisable, familiar, boring possibly. Only the GTD borrows some signature styling from its GTI relation - its 15mm lower ride height improving its stance - while 18-inch alloys, unique front and rear bumpers, grille and other subtle yet neat details lift the GTD above the everyday status of its lesser-engined siblings. It's a good looker then, sharp enough to be different, yet discrete enough to be enjoyed. To differentiate it, the GTD does without the extrovert red pin striping of its petrol-powered GTI relation.

Much the same is true inside; the GTI-derived tartan seat trim loses its red stripe, and the rest of the interior is a demonstration of Volkswagen's fine balance of quality and functionality. Pleasingly solid in its feel and style there's little in the way of flair, though there are some delights; the dimpled golf-ball gear lever top, the leather stitched steering wheel both being highlights.

The GTD loses around a second to its petrol relation on the 0-100km/h sprint and it's unsurprisingly less intense on the road. It's a different kind of performance centred more around the GTD's sizeable 380Nm of torque, the engine's huge flexibility and mid-range urgency not requiring oodles of revs or much effort from behind the wheel. That makes it both deceptively fast, yet extremely easy to live with, it being a more rounded performer than the GTI. This means the GTD is a more appealing day-to-day proposition over its red-pinstriped relative. The latter might create more intense thrills on the right road but comes with some compromises.

If the GTD has a problem it's that it is such an easy, useable machine that it's a touch remote, it feeling much like any other diesel-powered Golf. Only faster. Sure, those tartan-striped seats hold you in a good bit more securely, the steering responding accurately and quickly enough, but the GTD rarely goads you into really exploring the chassis' ability. It features XDS+, an electronic system aping the effect of a limited slip differential by applying the brakes to individual front wheels. The '+' signifies that it adds some rear braking influence to help keep the GTD going the way you want it to.

The suspension sits lower than on a standard TDI Golf, yet despite this, and the addition of 18-inch alloy wheels, the ride remains good, the GTD also exhibiting fine roll and body control. The brakes are a touch grabby on initial application and the gearshift slightly vague across the gate, but these are mere blips on what's a polished package otherwise.

Sitting at the top of the diesel Golf line-up the standard equipment list is extensive - and largely apes that of the GTI. So along with the styling changes inside and out there's air conditioning, cruise control, plus a touchscreen infotainment system that includes Bluetooth. The GTD features all the Golf's safety equipment too of course, including all the airbags you could possibly ever need - though hope never to see. However, we're dumbfounded by the pricing of the GTD model in Ireland, as it's a few grand more than the petrol-powered GTI.

A car with a broad range of talent, the Golf GTD's economy is admirable, performance more than adequate and pricing and equipment sensible. The biggest limitation on this first drive was finding roads to actually explore the GTD's improved dynamism and performance on, as Volkswagen's route plans were rather ruined by flooding. On motorways it's quiet and certainly able. However, a more in-depth definitive verdict of how the GTD drives, on the sort of roads it should really be enjoyed on, will have to wait until we get our hands on it in Ireland. Even so, it'll struggle to justify its premium over the GTI...