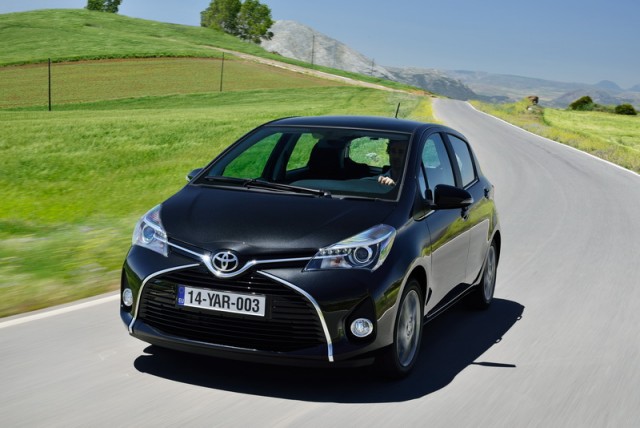 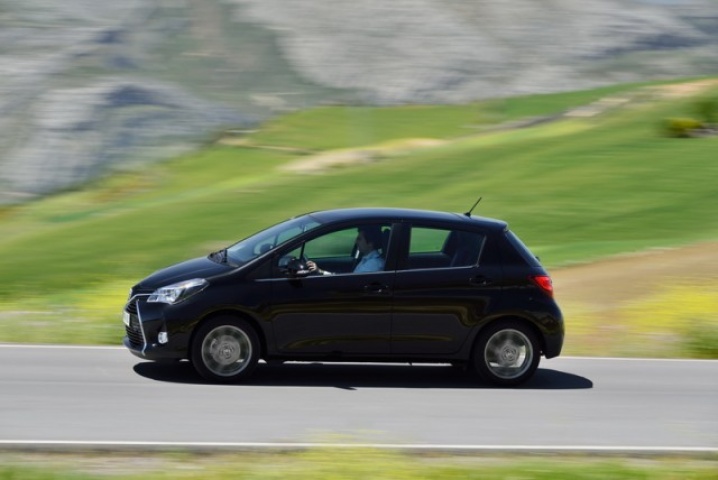 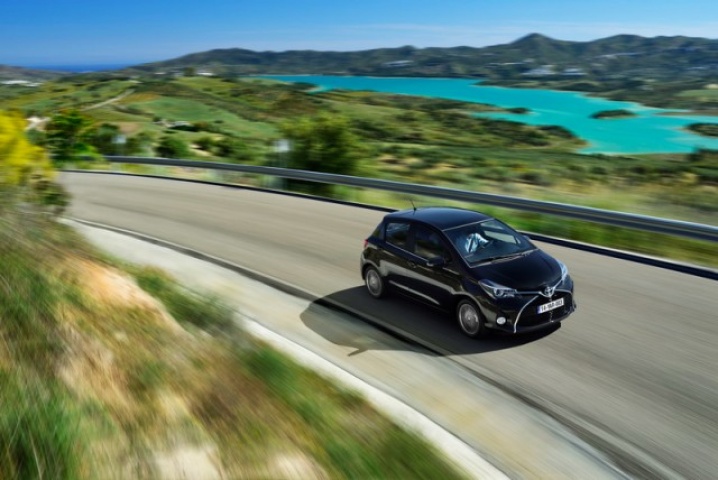 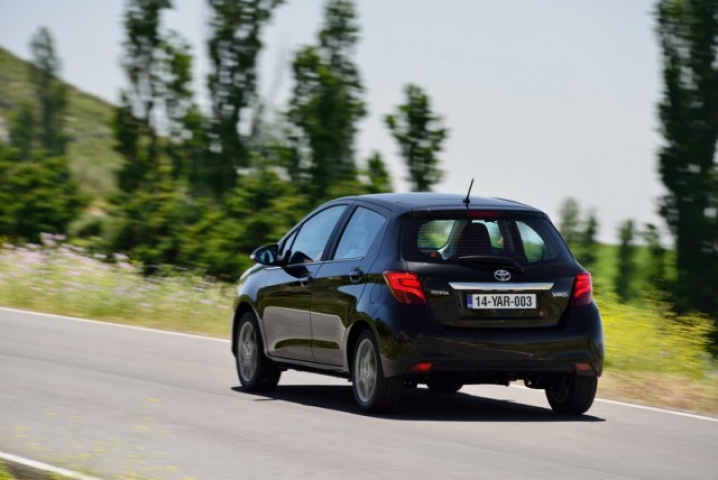 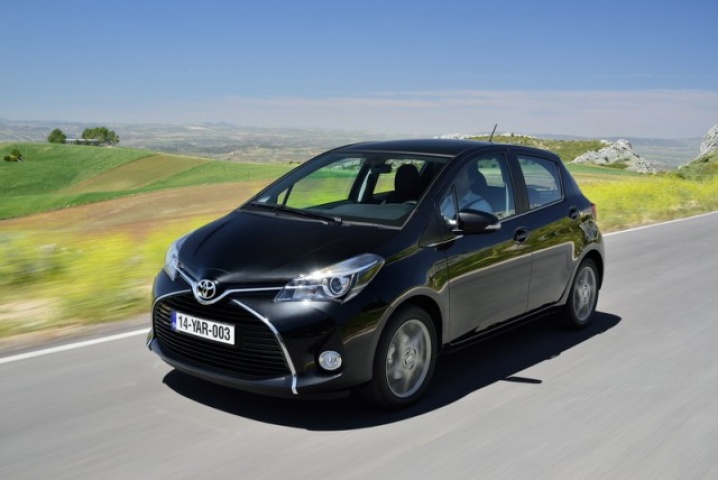 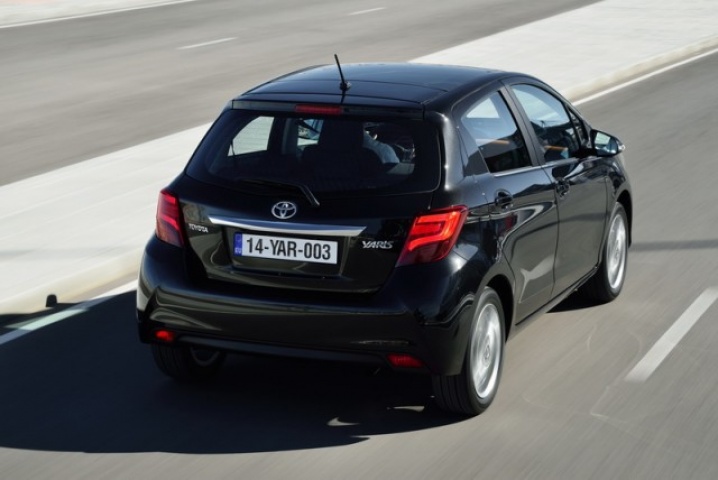 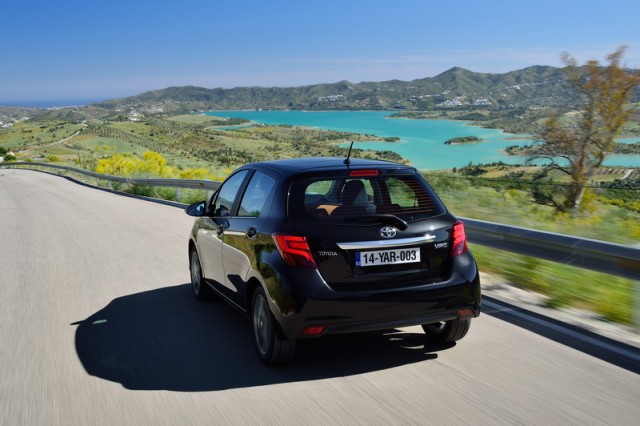 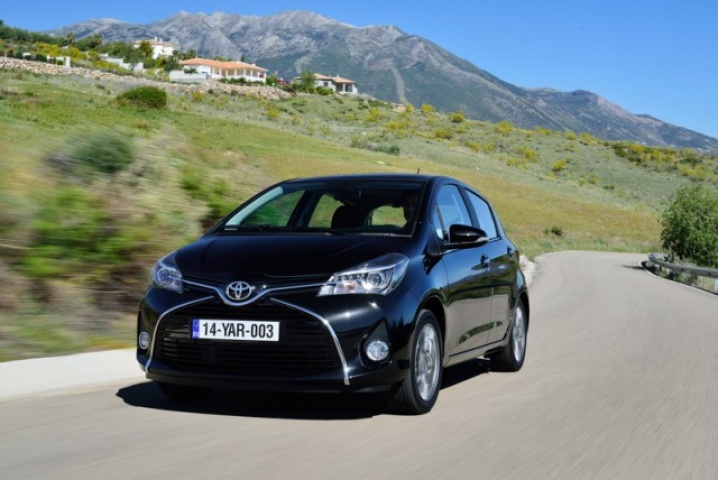 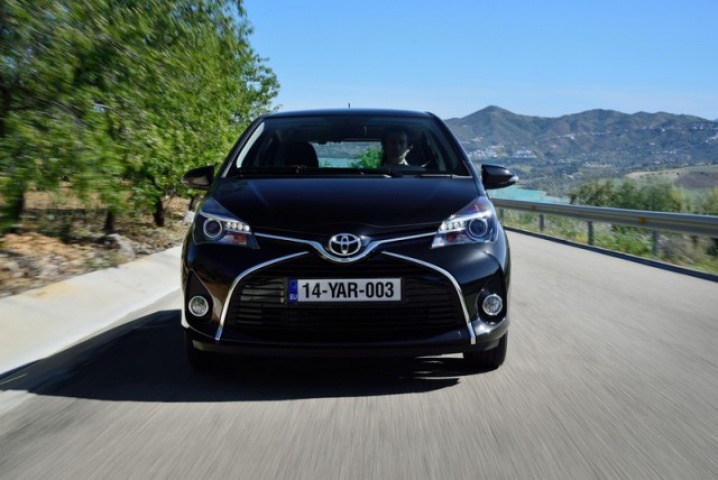 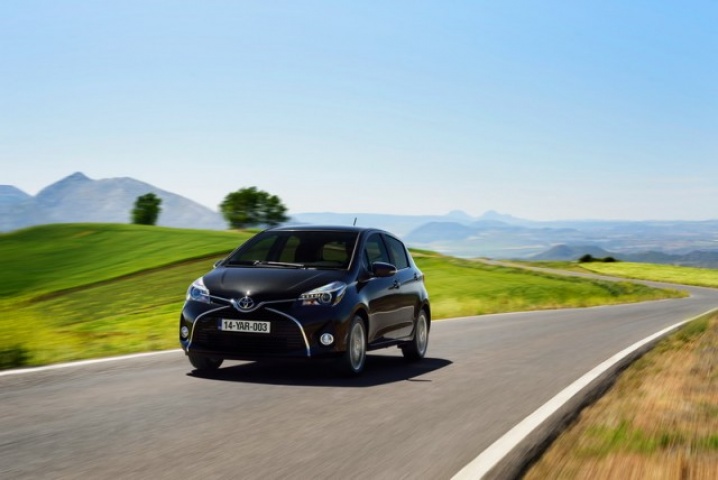 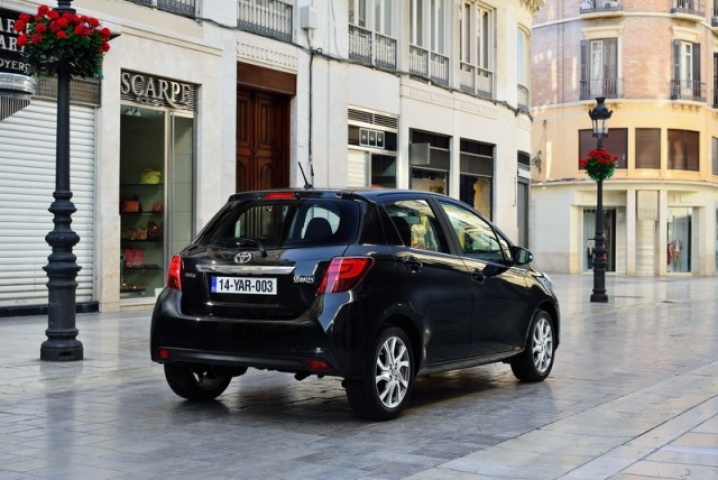 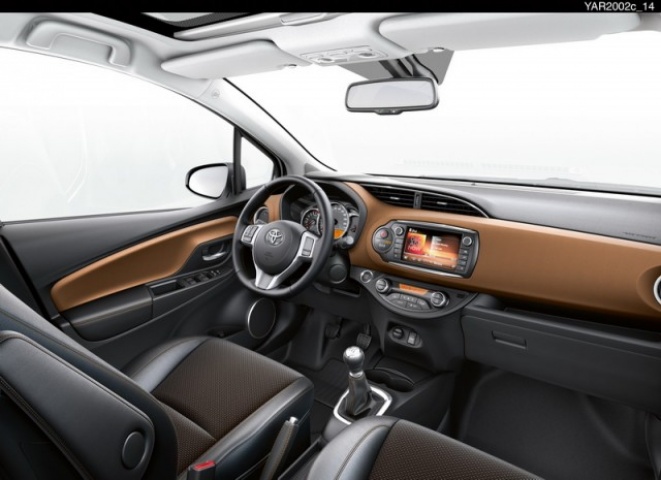 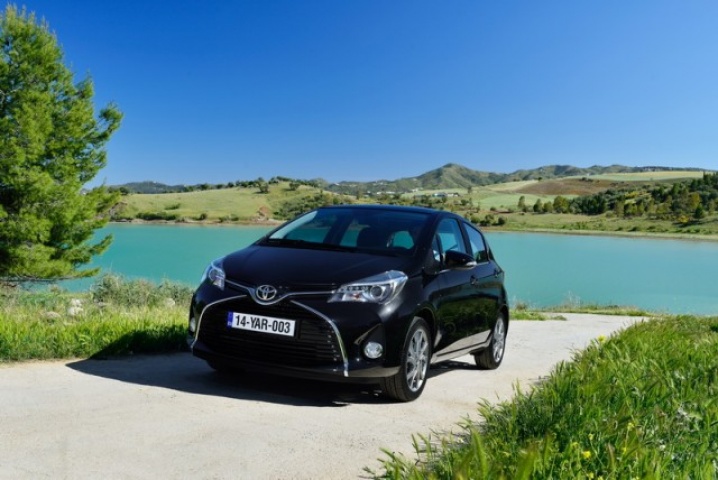 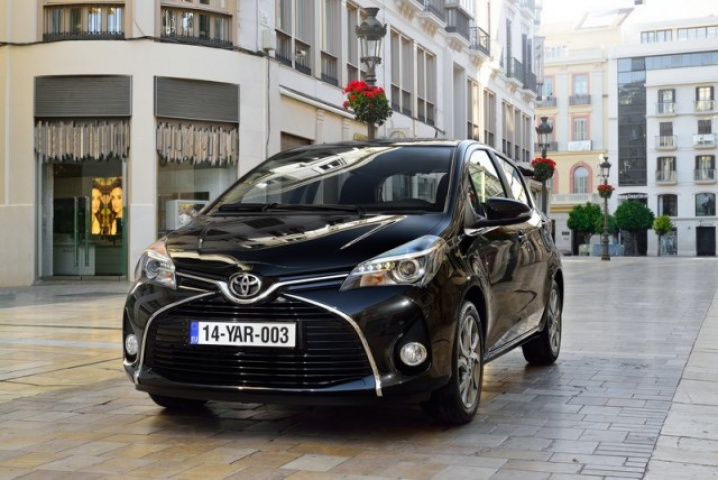 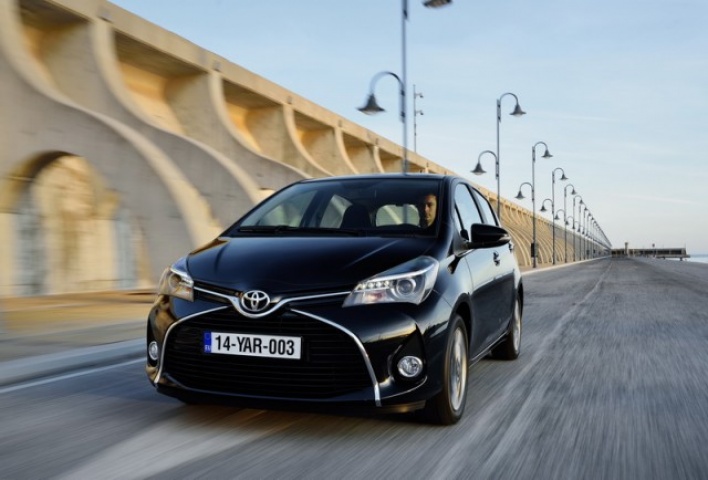 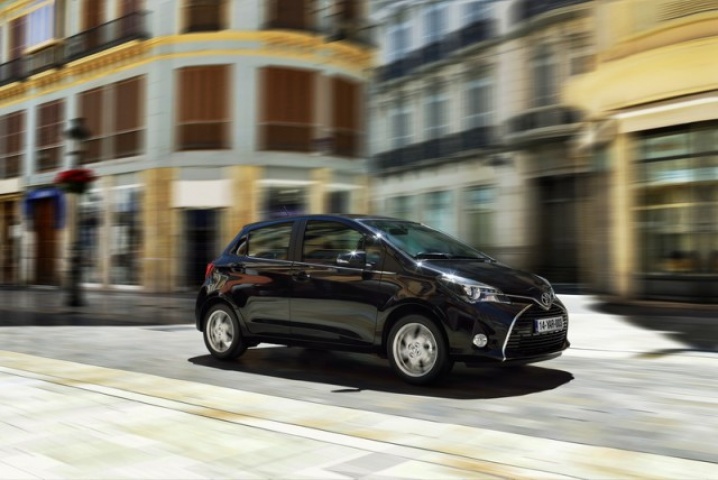 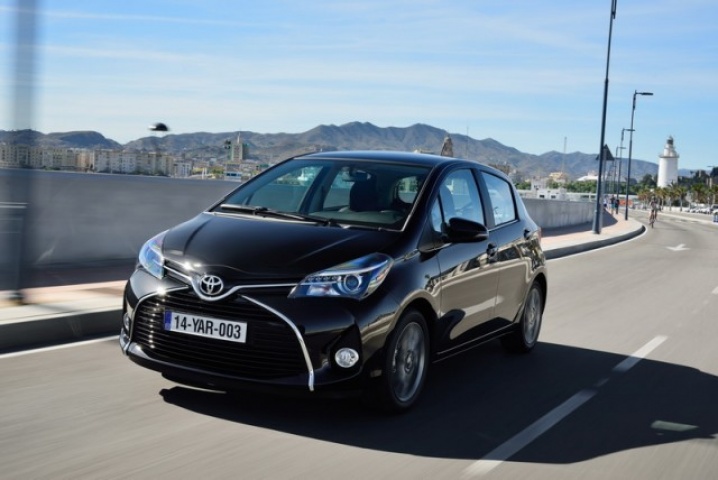 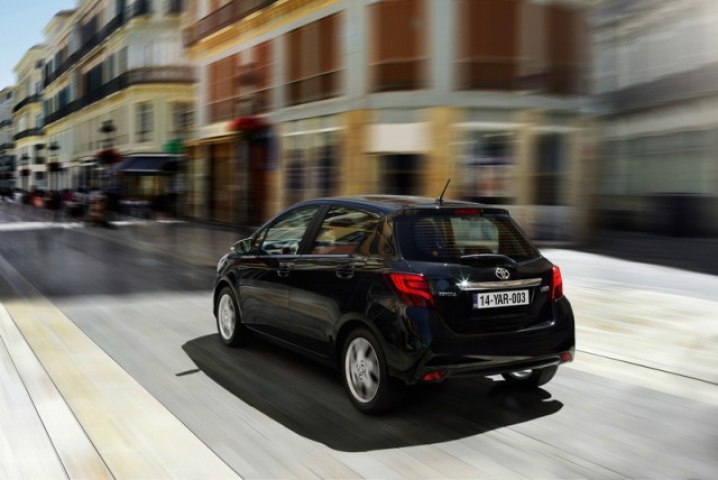 Proving to be more than a quick nip and tuck, the new Toyota Yaris comes in for a significant update

When the Toyota Yaris first arrived on the scene in 1999 it brought a healthy degree of character to the B-segment, but over the years it became ever-more conservative. Now, following hot in the wheel tracks of the funky Aygo, there's a new Yaris that has returned to its roots.

Any fears of the Toyota Yaris slipping into the bland category have been well and truly allayed with this new version that goes beyond the normal minor changes we are used to seeing with mid-cycle facelifts. The update was overseen by the European division of Toyota, rather than directly from Japan - a first for the firm. What is also significant is the amount of money spent on the project, some €85 million. To put things into perspective, only a fifth of that amount would normally be spent on such a set of revisions. So what's changed? Most noticeably, the front-end has taken on a much fresher appearance that has hints of the new Toyota Aygo, but remains far less aesthetically divisive. The redesigned grille features chrome, satin chrome or piano black depending on the trim level, though all look equally smart. Specification levels will also have an impact on the headlights, which although retaining the overall shape, will vary, with the higher trim levels getting projector headlights with LED daytime running lights. A similar treatment has been applied to the rear lamps, including the option of a new LED cluster that adds a more defined light pattern.

Staying at the rear, Toyota has also introduced a new bumper design, along with an additional trim strip above the number plate. Also adding to the refreshed image are some new choices of 15- and 16-inch alloy wheels.

Inside, much of the architecture remains the same but the quality of the materials used has been raised and should buyers go for the Luna grade or higher they will also get Toyota's new seven-inch touchscreen infotainment system, which features a reversing camera.

It is also worth mentioning that a significant portion of the larger budget assigned to updating the Yaris has gone into chassis improvements. It isn't something that we would often see or hear of, but Toyota has applied 36 additional welding spots in order to improve rigidity, while more bracing is now featured in the floor of the Yaris. A reinforced rear bumper mount also reduces body roll deformation.

The most immediately noticeable improvement in the new Yaris is the reduction in noise levels in the cabin. By increasing the sound insulation behind the dashboard, as well as introducing what Toyota calls 'noise-optimised carpet', the overall result is a car that feels more substantial.

On paper the 1.0-litre three-cylinder engine might not set the world alight from a performance perspective, but in real-world situations it does cope well with the demands placed on it, and that familiar three-cylinder thrum isn't as loud as it previously was. The engine has also come in for some upgrades in order to comply with the forthcoming Euro 6 emission regulations, as well as improving fuel economy.

Toyota fitted an updated electric power steering system that gives the driver more feel around town, while out on the open road its case is helped further by those improvements in rigidity to the chassis. Changes to the suspension also make a difference, giving the car a slightly suppler ride while at the same time it stays that bit more level during faster cornering.

Although official pricing has yet to be confirmed for the different trim levels, it is unlikely to deviate greatly from the car's current pricing structure. The Yaris will be offered in a total of five different trim levels, starting with Terra, the most basic, which features 15-inch steel wheels, but still has power mirrors and electric front windows. Aura and Luna - the more popular choices - will both feature 15-inch alloy wheels as standard, along with heated mirrors and a chrome lower grille surround in the case of Aura, while Luna adds a leather steering wheel, Bluetooth and that seven-inch touchscreen system.

The updates to the 1.0-litre engine are certainly worthwhile and in a lot of cases it manages to hold its own even during the odd motorway excursion, but if you're the type that does the latter more frequently, the more powerful 1.33-litre engine is where you need to be looking. Its additional 30hp and 30Nm of torque, as well as the inclusion of a sixth gear ratio, make it much better on longer drives.

Even with modest price increases likely, the new Toyota Yaris feels very much like a new model more than simply a car with some restyled bumpers that we are used to seeing with mid-life updates. Following up on the Aygo, Toyota very much seems to be getting a handle on ensuring its cars have real appeal.