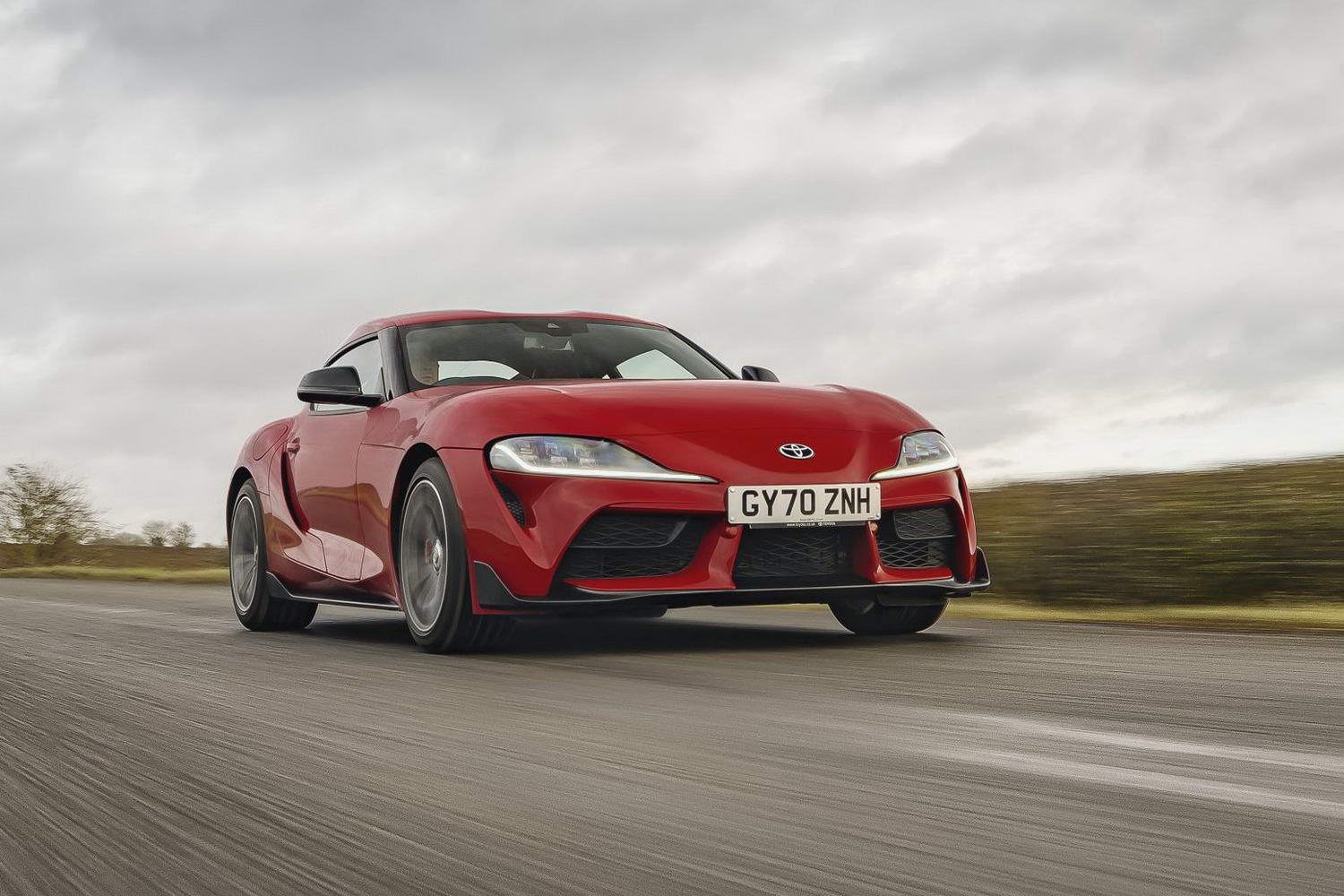 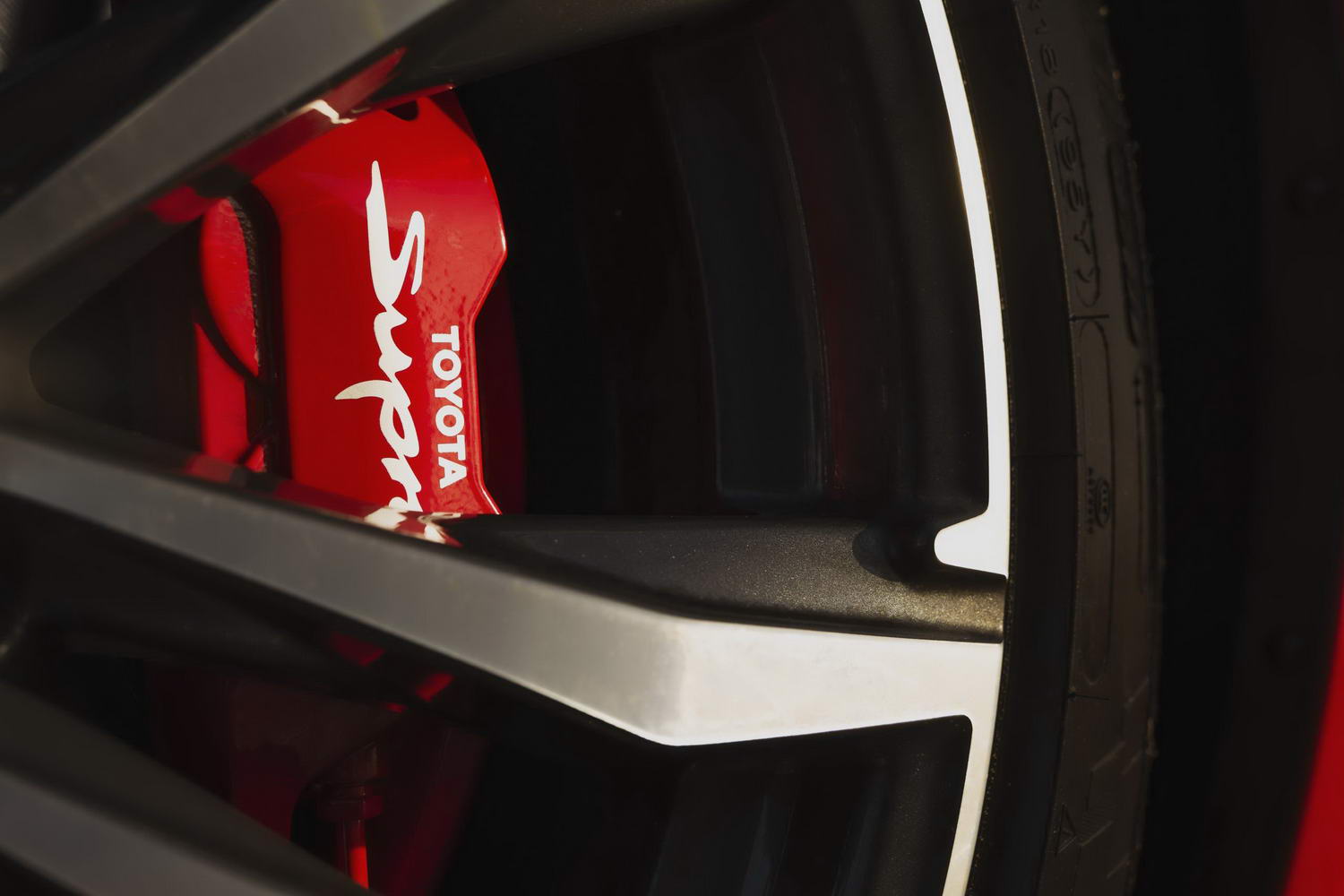 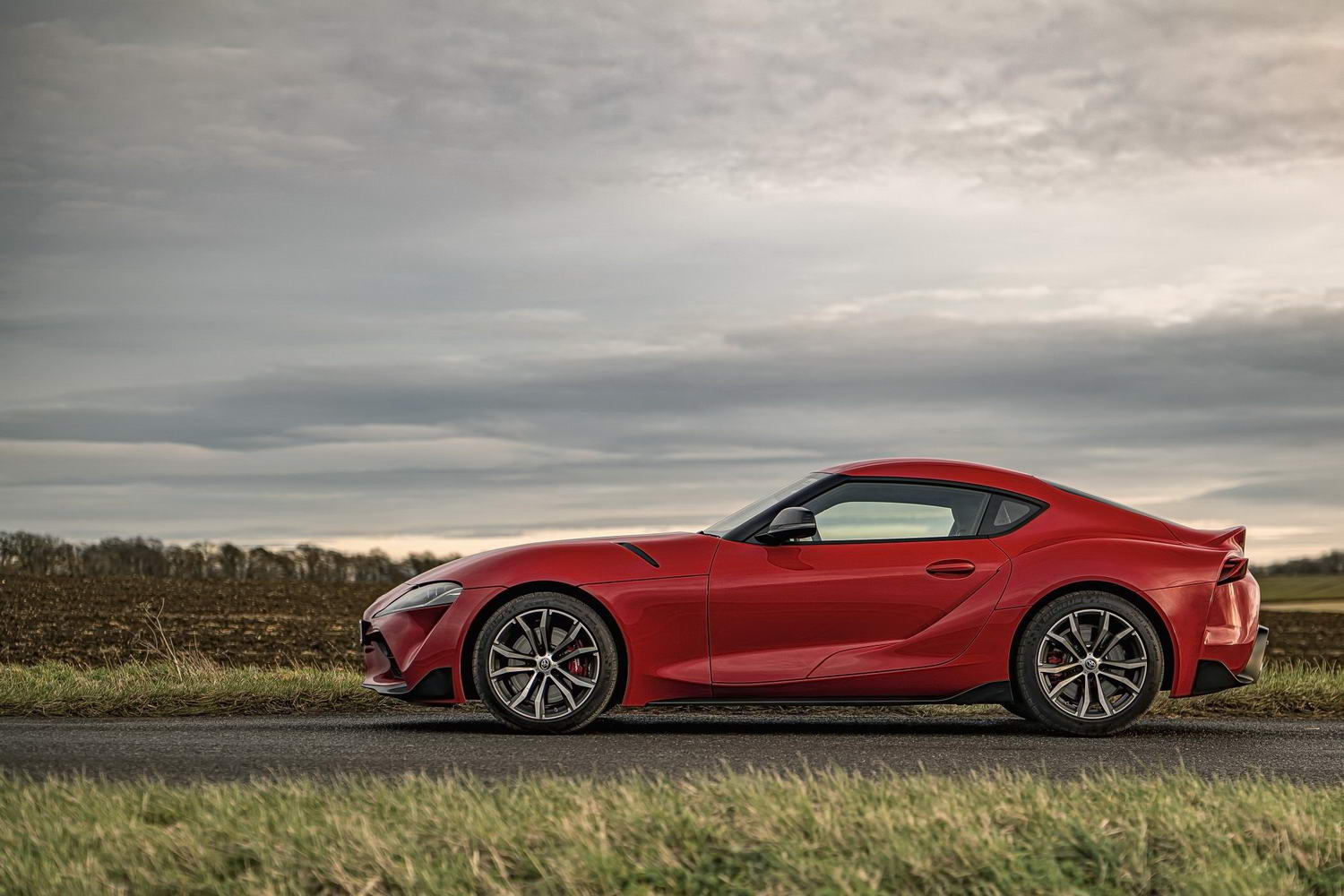 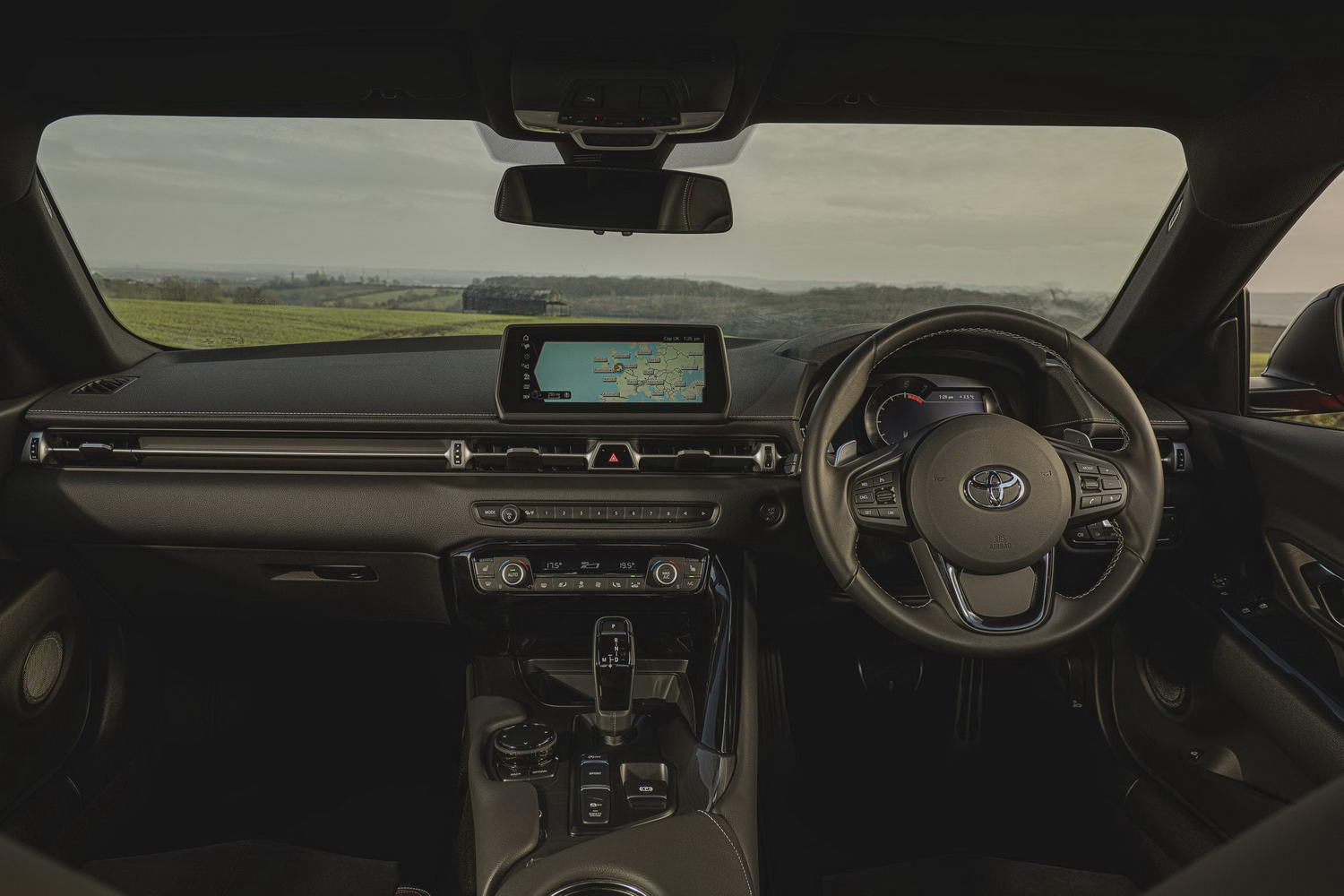 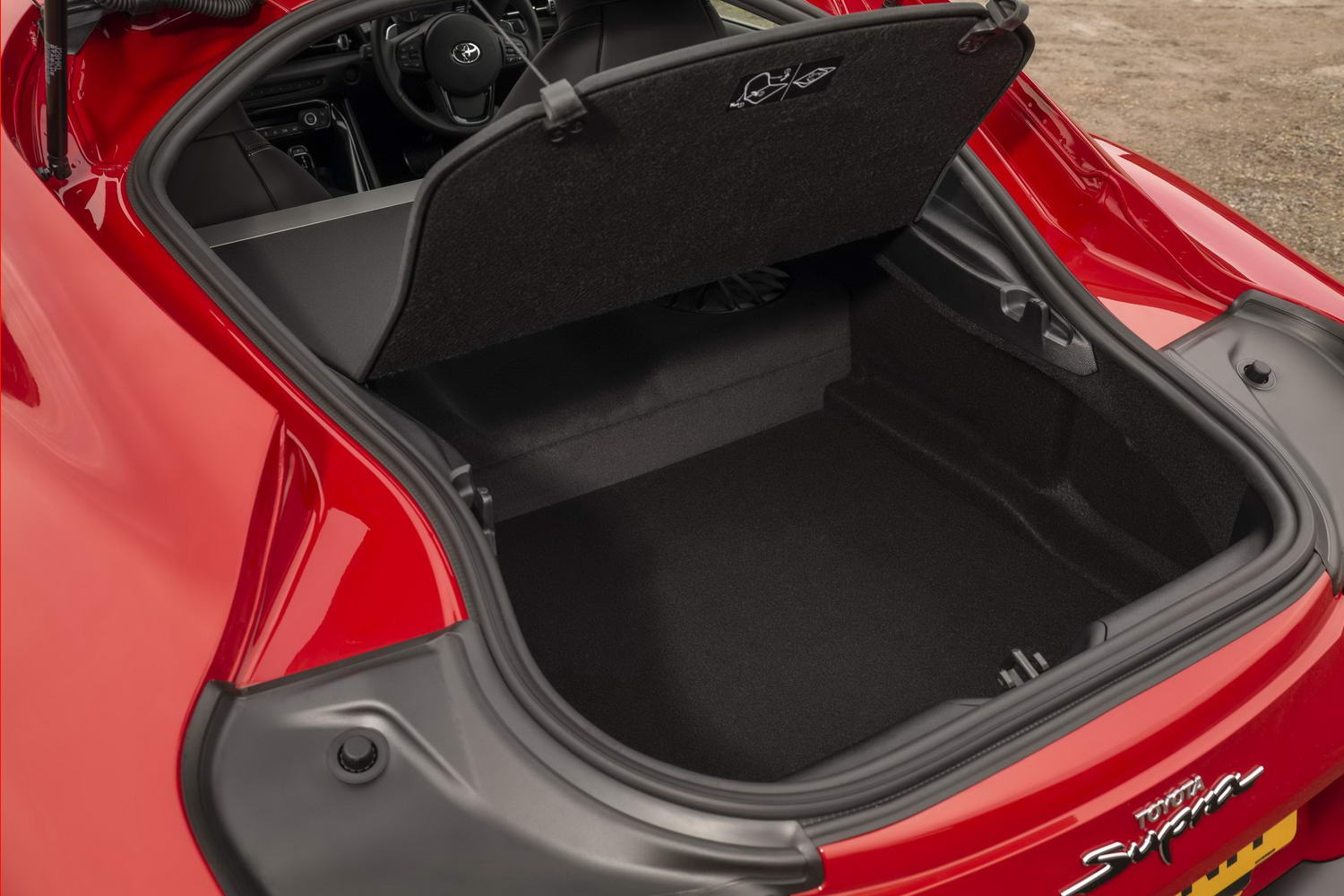 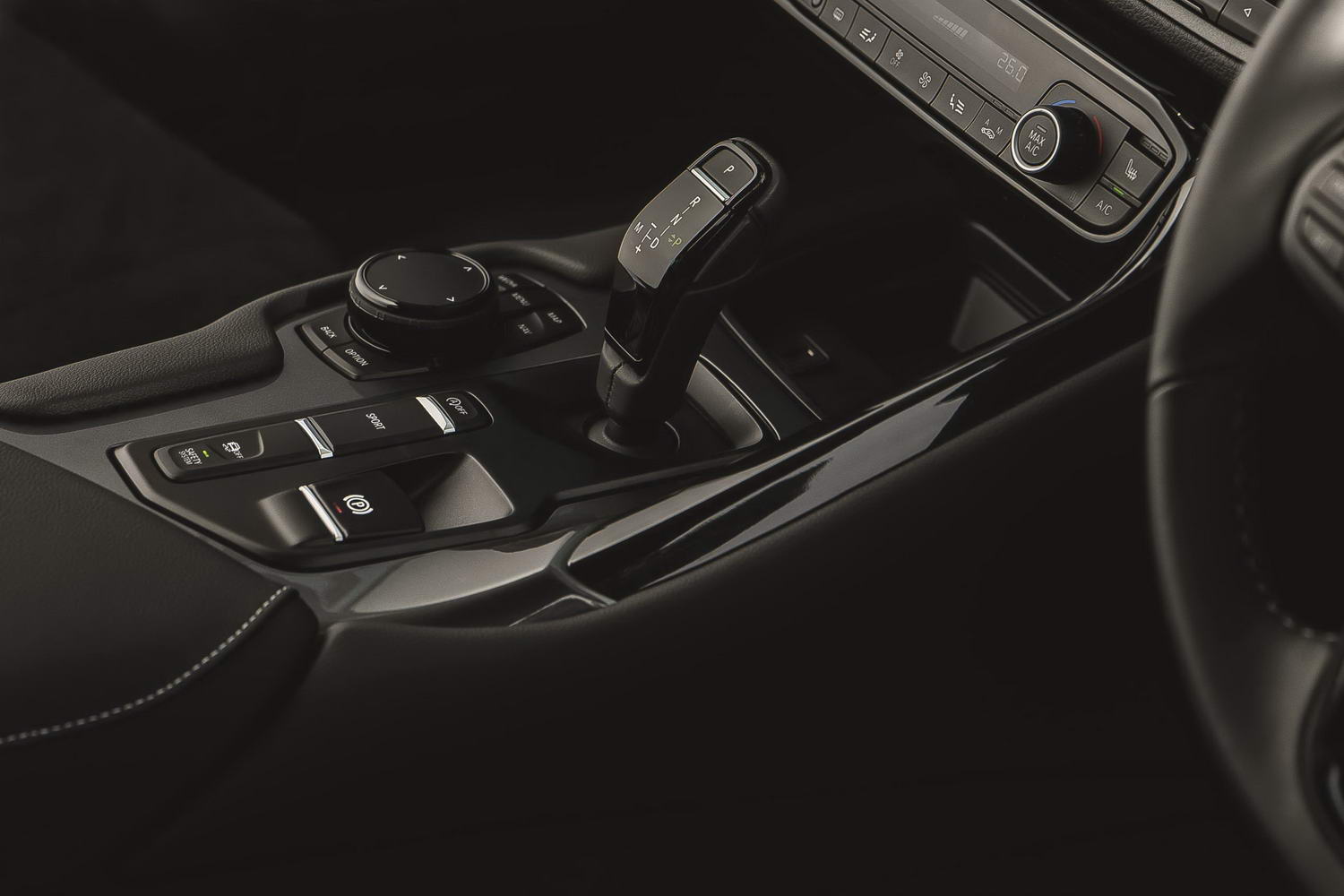 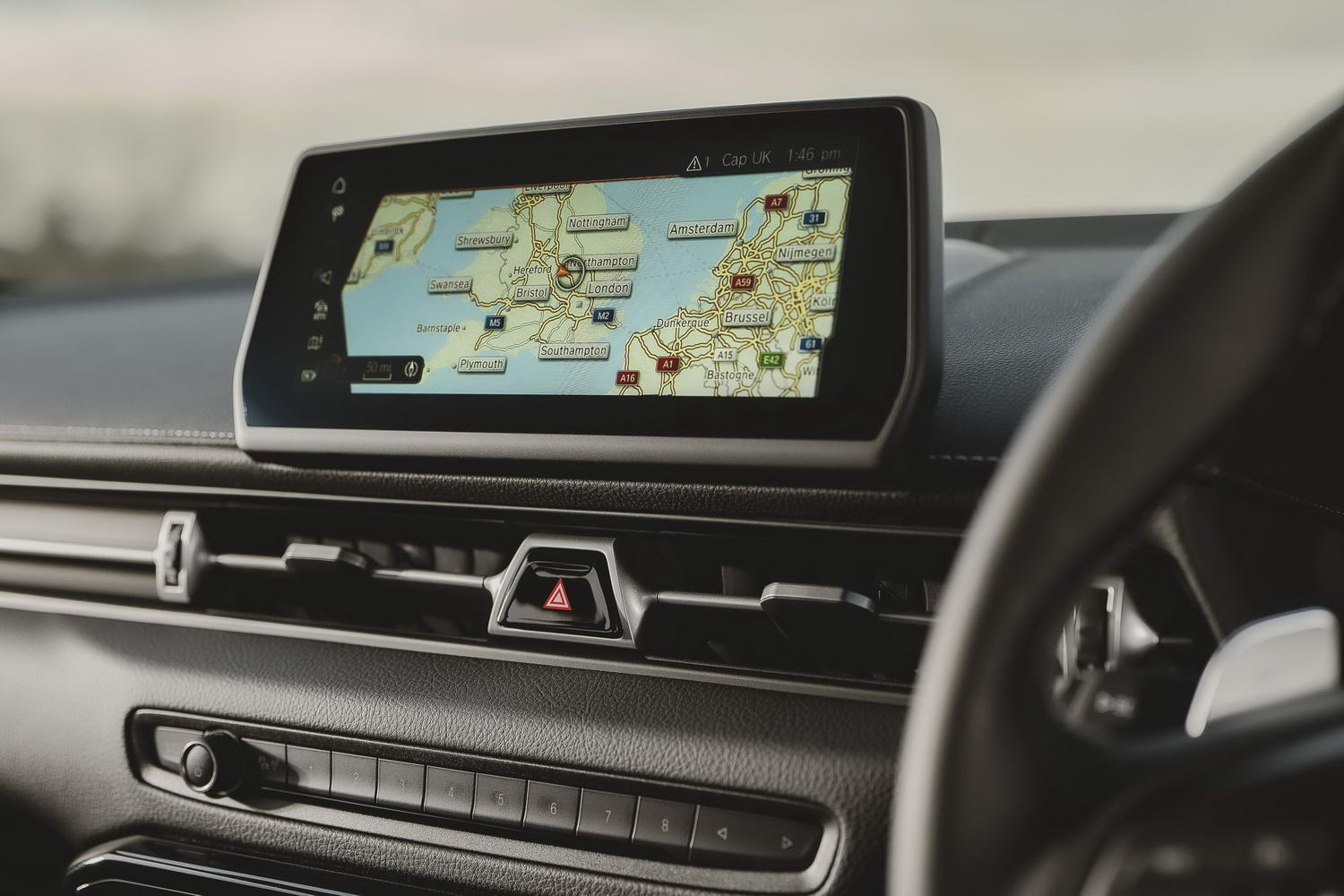 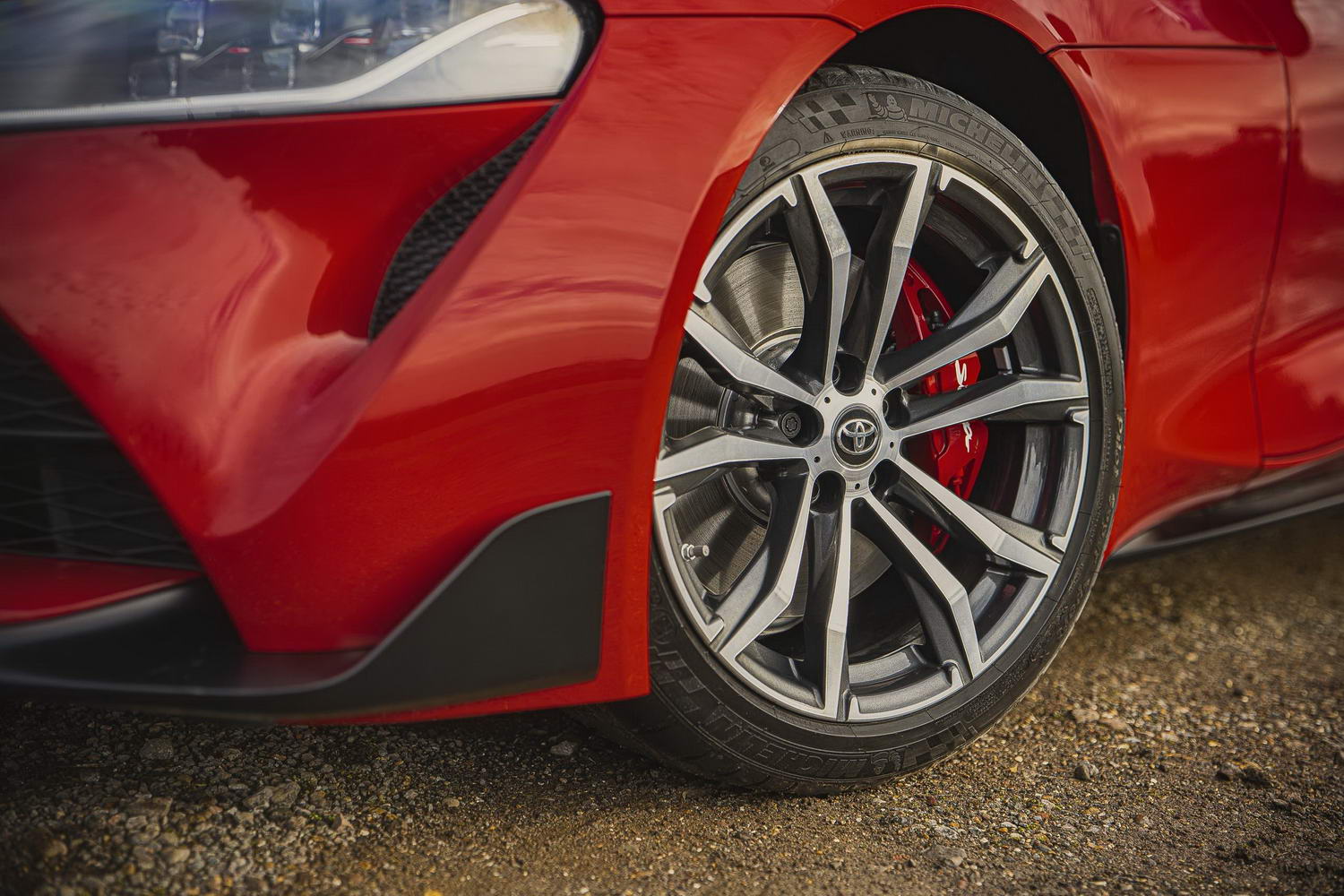 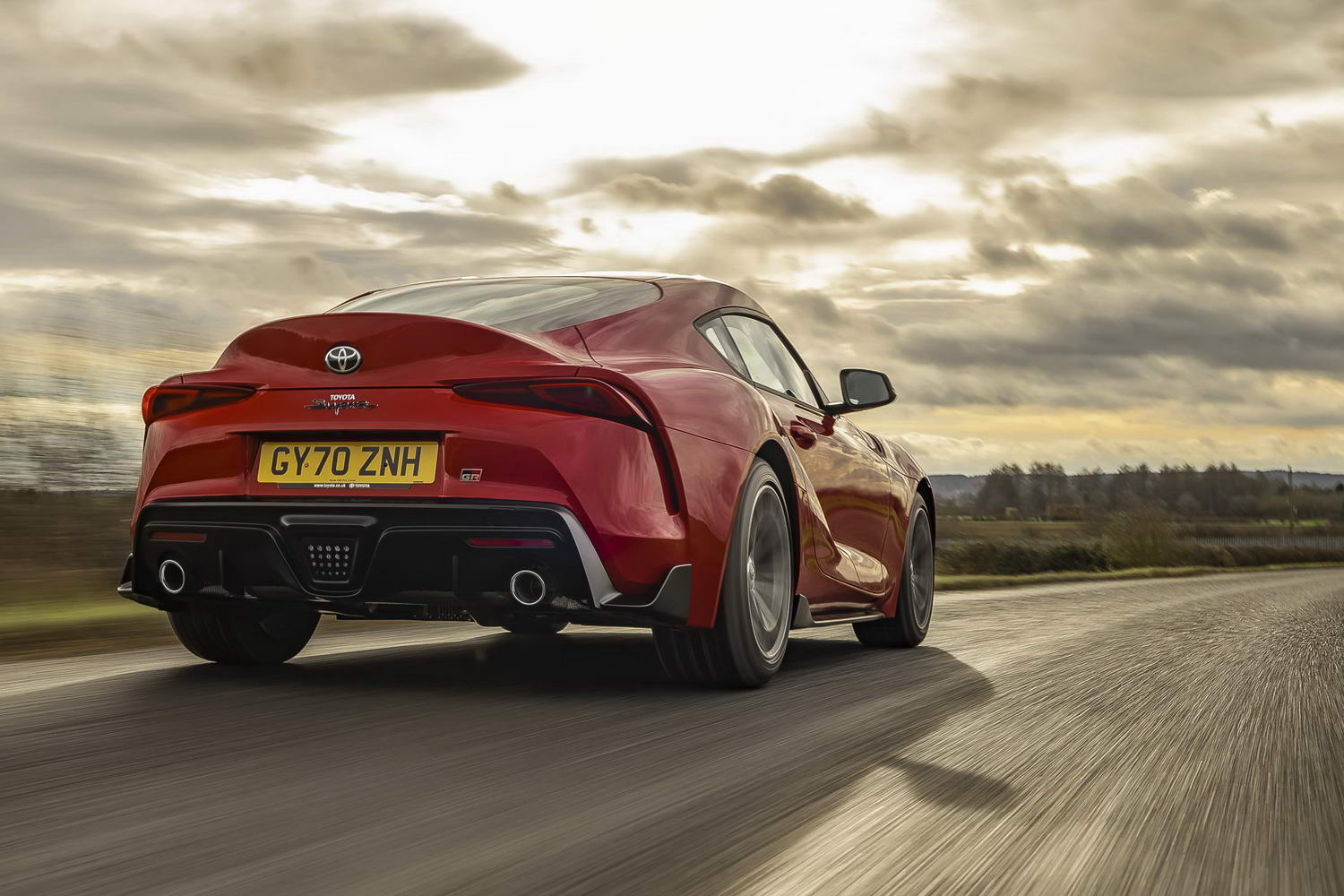 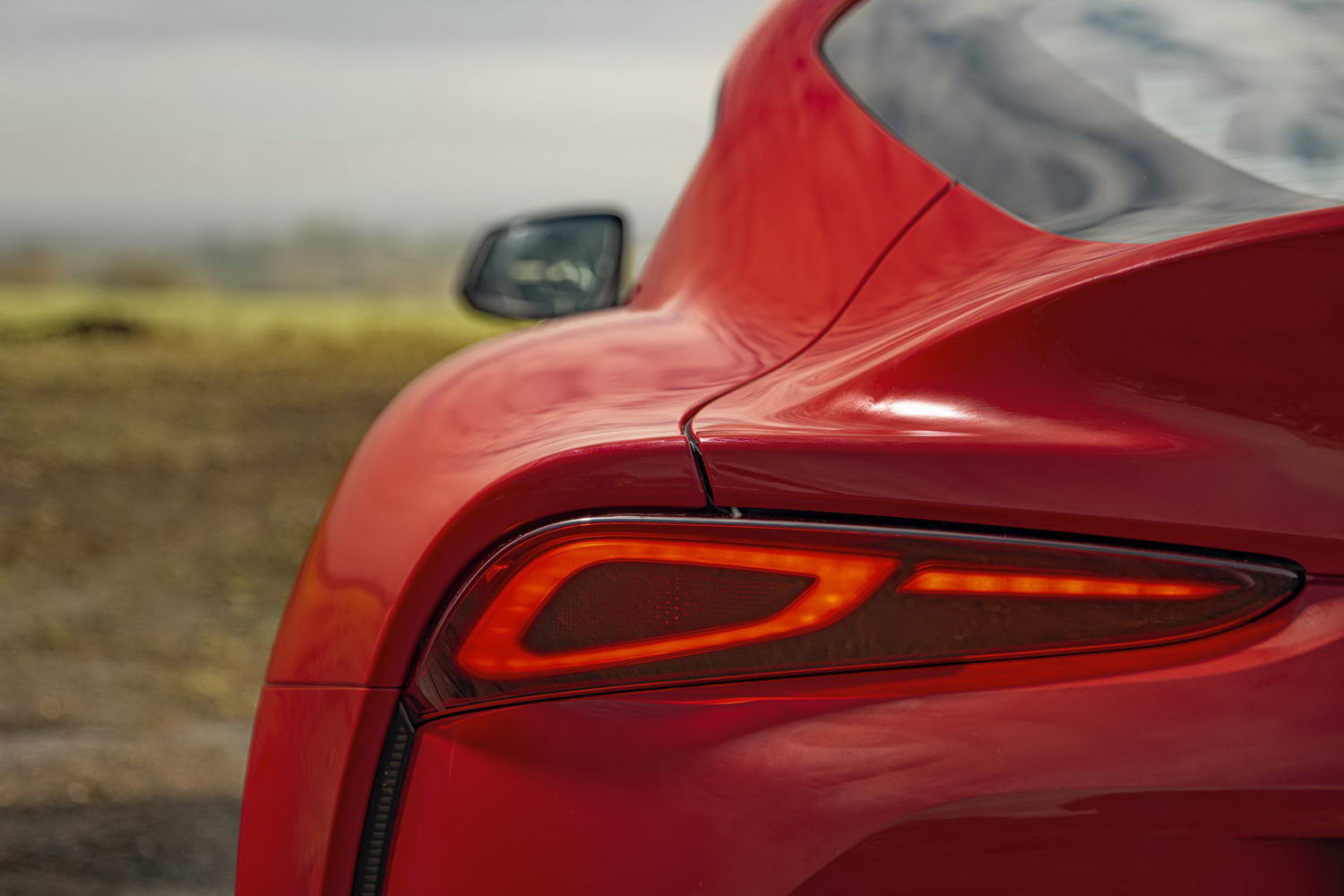 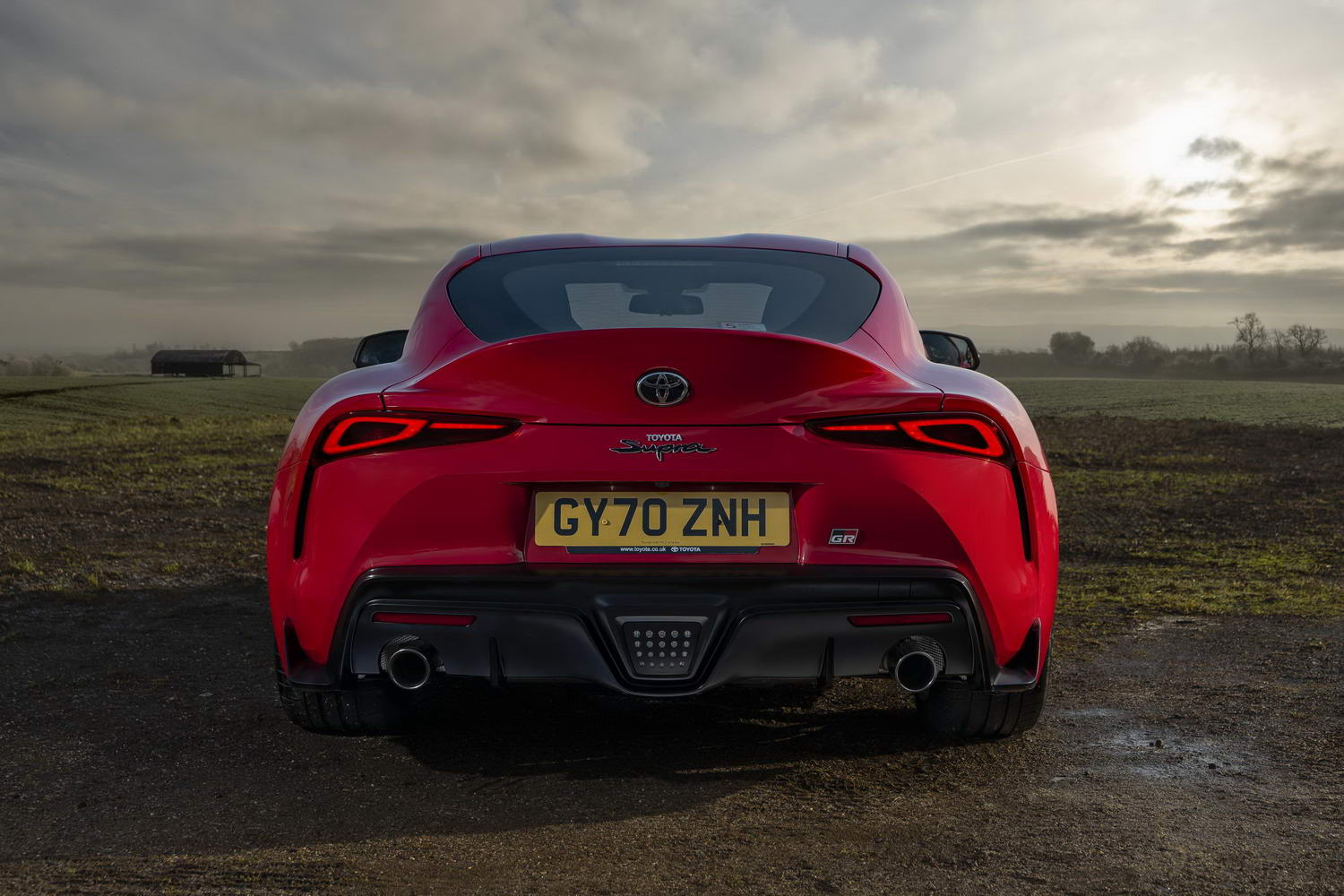 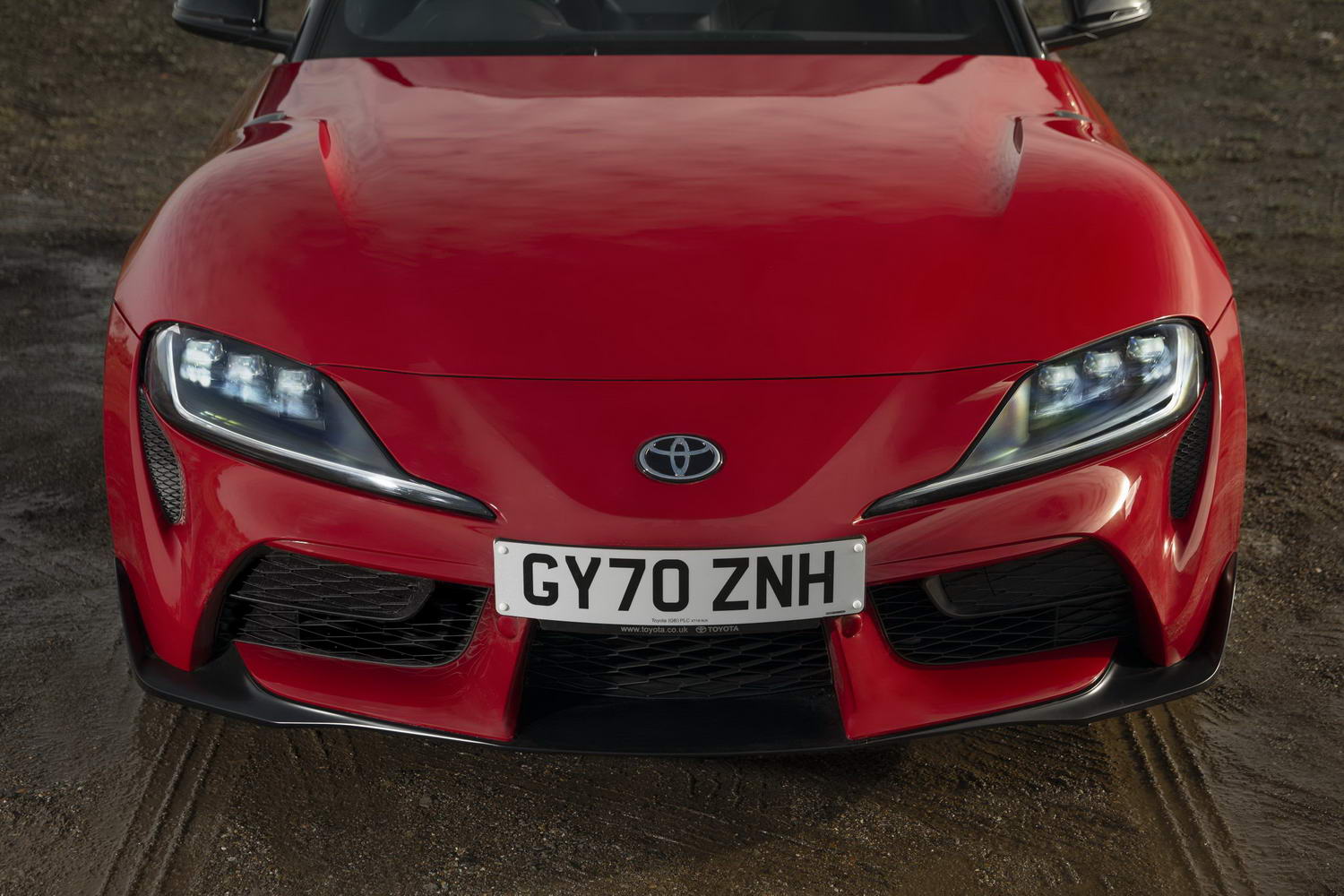 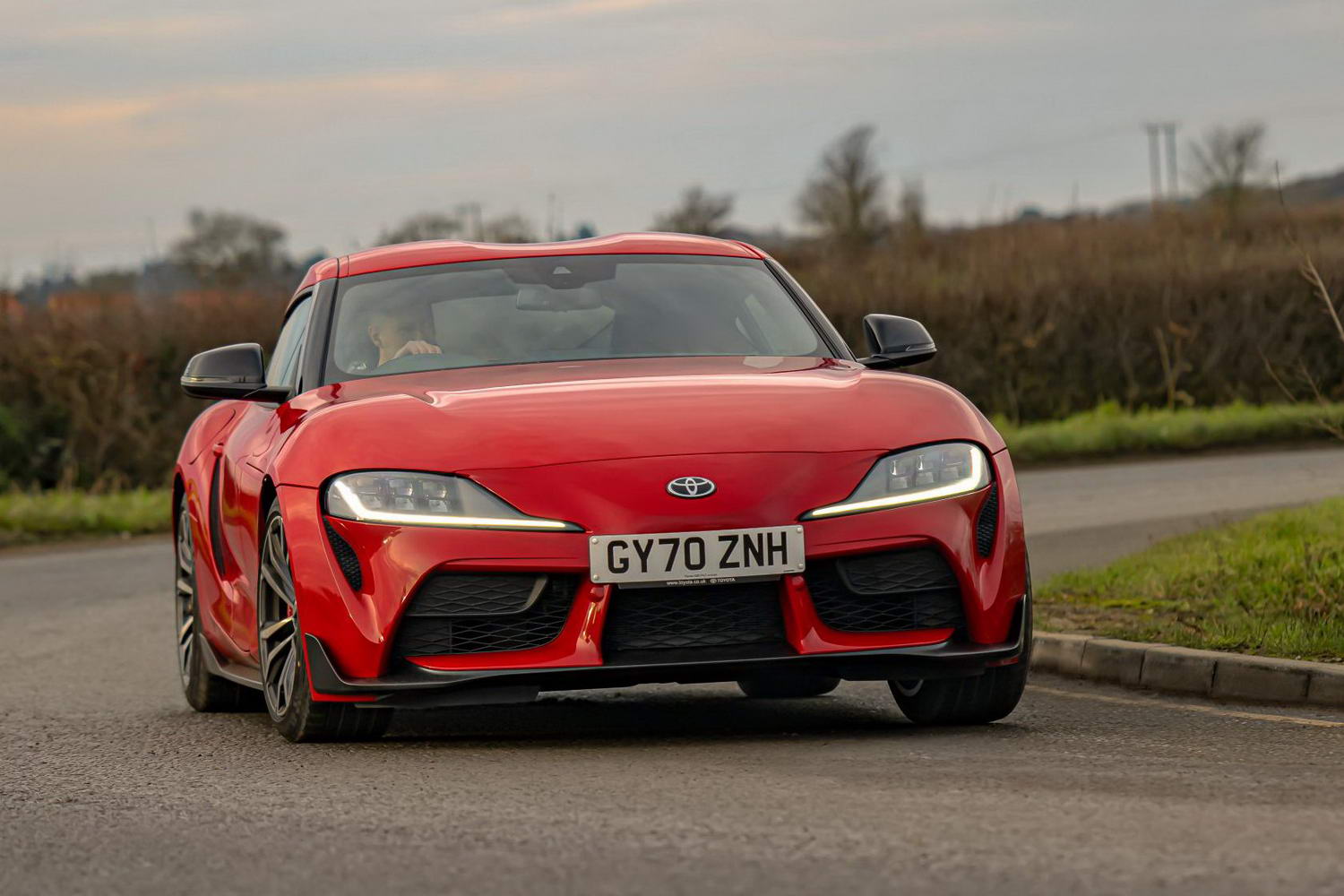 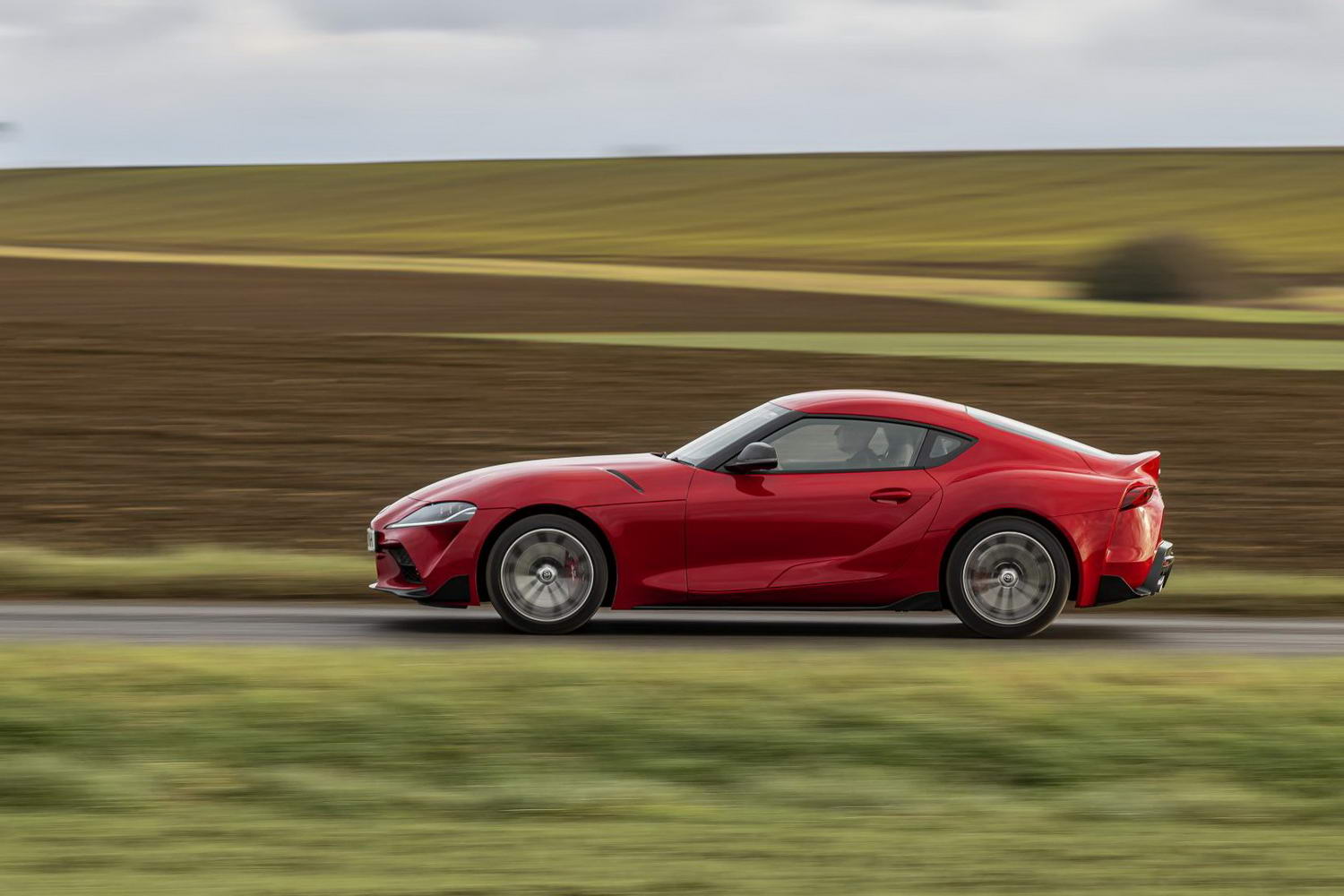 Following on from our drives of the Toyota GR Supra in its obvious 3.0-litre, straight-six format, can it still convince us of its merits when it has been downsized to a 2.0-litre, four-cylinder engine? And therefore, should we care that this version isn't officially sold in Ireland?

Visually, spotting a 2.0-litre Toyota GR Supra from its more potent relation will not be the work of an idle moment. We're not being facetious, here; Toyota has changed hardly anything between the two models. Which is good news in one way, because we adore the way the Supra looks.

However, it might be a decision that will annoy buyers of the 3.0-litre version, who perhaps would like people to know they've spent the extra cash on a couple of additional cylinders and another litre of swept capacity. But here's the comfort for such people - the 2.0-litre model isn't coming to Ireland, so you won't have your noses put out of joint if you're in the 340hp car.

For what it's worth, we're reviewing the 2.0-litre on the basis of 'are we missing out on anything significant as a result of Toyota Ireland's decision not to sell it here?', so we'll outline the specific visual alterations. The 2.0-litre car runs on smaller 18-inch alloys on Michelin Pilot Sport tyres, while at the back it has 90mm bright chrome exhaust tips, rather than 100mm brushed stainless-steel finishers on the six-cylinder Supra.

Honestly, unless your spatial awareness is at superhero levels, the only way you'll spot the bigger exhausts is if two Supras decided to park side-by-side for a direct comparison; in isolation, you'd never know the difference.

And while we're on similarities, the 2.0-litre's cabin is practically identical to the 3.0-litre's, save for the use of black Alcantara for the seats instead of leather on the top model. You get the same BMW-derived cockpit layout (which is excellent), the same seating position (superb), the same crisp instrument cluster (better than a Z4's, if we're honest) and the same 8.8-inch infotainment screen (which supports Apple CarPlay but not Android Auto), so it's a genuinely lovely place to be.

There's a great sense of theatre in sitting in a Supra, too, because you're way back, almost on the rear axle, looking out through a narrow windscreen at that long, curvaceous bonnet. And if you peek in the door mirrors you see the rounded haunches of the coupe, while a look in the interior mirror affords you a glimpse of the ducktail spoiler at the back of the car. It just feels special, all the time. And that's important.

Outright speed is not the be-all and end-all to whether a sports car is going to be a success or not, and there are two key factors that ought to play in the Supra 2.0's favour: one, it is 100kg lighter than its six-cylinder sibling, at 1,470kg overall with a driver onboard; and two, most of that weight reduction comes at the nose of the car, with the rest at all four corners due to the decrease in unsprung mass brought about by the fitment of smaller wheels.

As dynamics go, these are both major ticks in the figurative 'plus' column of the 2.0-litre Toyota, as is the fact the four-cylinder coupe's chassis was developed with every inch the same thoroughness as the six-cylinder variant's underpinnings. However, with regret, we have to say that the Supra 2.0 has undoubtedly lost something crucial in its downsizing transition: it's incontrovertible character.

Much of the opprobrium directed at Toyota in the wake of its relaunched sports-car icon appearing was because the Japanese firm decided to do a tie-up with BMW to get the project off the ground. This essentially means that the big-hearted Supra is a Z4 M40i underneath, Toyota's reasoning for this decision being that Supras of the past had always had straight-six, turbocharged engines, and nobody does straight-sixes better than the German outfit.

It's sound logic. Which is completely undone by putting a four-cylinder engine in the Supra now. Honestly, we know why Toyota has made this decision and it's a good idea to have a broader palette of model options than one reasonably thirsty, quite expensive and relatively impractical machine in your line-up. But fitting a smaller engine hasn't improved the Supra's practicality one bit - it remains a two-seat, two-door coupe after all, so it's a luxury item for most people. At least it still has the big 290-litre boot at the back.

Therefore, because you only buy a Supra because you want to, rather than you need it, you're investing in a driving experience above all else. And the 2.0-litre just doesn't have the charisma of the 3.0-litre model. Toyota has tried its best, giving the 'B48' turbocharged engine and its exhaust system a suitably raspy soundtrack. It's... OK, as four-cylinder tunes go. But not a patch on the B58 in the flagship coupe.

Besides this, the four-cylinder car is still quick: 258hp and 400Nm are more than enough grunt to punt the Supra at the horizon at the rate of 0-100km/h in 5.2 seconds (+0.9 seconds on the 3.0) and on to the same 250km/h limited top speed as its big bro. In reality, the 2.0-litre feels every bit as strong as those bare, printed numbers suggest.

But it doesn't growl like a Supra 3.0 does. It doesn't haul in the top-end of the rev range with quite the same ferocity and urgency. The steering is lighter in both weight and feel, so the car comes across as skittish and nervous, instead of planted and positive. The contact patches are smaller at the corners, which results in strangely unnerving mid-bend behaviour if you hit a bump with the suspension fully loaded up.

And, on which score, whatever damper tuning and adjustment of the Supra's limited-slip differential has gone on to accommodate the reduced drivetrain outputs has led to handling that is less confidence-inspiring than on the six-cylinder model. If anything, it's the 2.0-litre that feels more of a handful in wet conditions than the 340hp/500Nm alternative, because the four conveys the sensation it is not as keyed-in to the tarmac as the bigger-engined car.

But while you small-capacity fans might be about to claim a moral victory using this one statistic as proof, the reason that data is telling is because the 3.0-litre Supra encourages you to drive it hard, to enjoy its particular set of charms. We began chewing through petrol in it because we loved the way it steered and how it engaged us in the process of threading it down a back road. The 2.0-litre car? After a couple of exploratory drives, which left us underwhelmed, we simply throttled back in it and used it like any other bog-standard Toyota. And that, we think, says absolutely everything about our feelings on the 2.0-litre.

The 2.0-litre model, believe it or not, isn't sold in Ireland. It looks like the one that makes most sense, given its lower CO2 output, but clearly Toyota Ireland doesn't think the numbers add up to bring it here officially. Oddly, that might be because, in other markets, the 2.0-litre isn't much cheaper than the 3.0-litre model. That gap would widen with our own VRT rules if the four-cylinder Toyota were to come here, but the problem is that you'll always be driving this 258hp car around and wishing you'd spent that bit extra for the 3.0-litre version.

Rest easy, folks - the Toyota Supra 2.0's absence here in Ireland is not one we should lament. It is a long, long, long way from being a bad car and there's enough in the package to tempt people in, especially its superb appearance, top-notch cabin and pleasant refinement. But if you're buying a Supra for the experience of having a Supra, it's got to have a straight-six. It's the reason Toyota brought the car back from the dead in the first place. It's the reason the Supra 3.0 is vastly superior in most regards to this 2.0-litre. Therefore, be thankful that the only model Toyota offers over here is the best one. 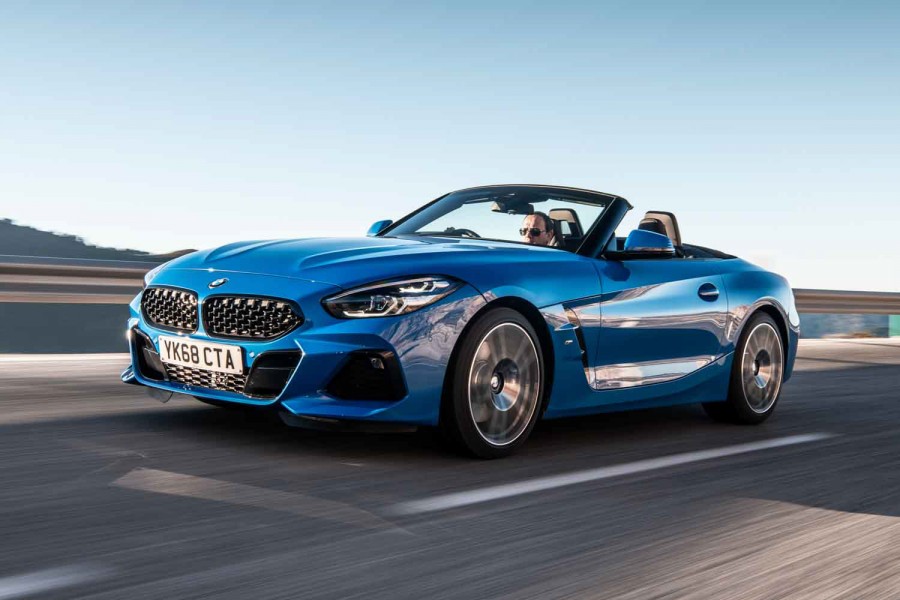 BMW Z4 sDrive20i Roadster (2019) review
BMW Z4 sDrive30i vs. Toyota GR Supra 2.0 (2021): if you want the same car but with the cabin exposed to the elements, you need the BMW. What you have to put up with are challenging aesthetics as a result. We'd therefore say have the Supra instead, except you can't buy the Toyota here. Oh. 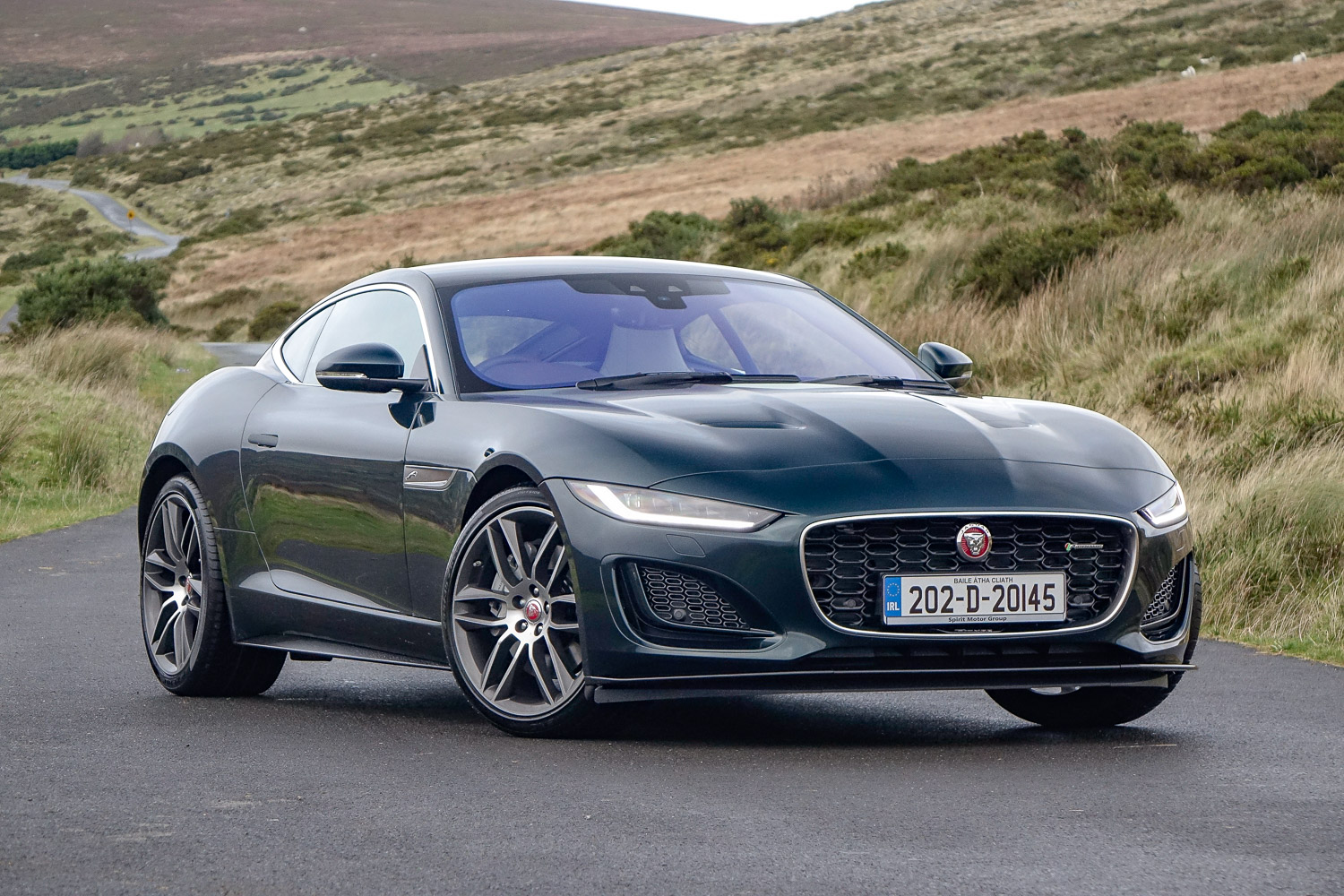 Jaguar F-Type P300 Coupe (2020) review
Jaguar F-Type Coupe P300 vs. Toyota GR Supra 2.0 (2021): heavy, expensive, not as quick as the Supra 2.0 and less efficient, you could argue the Jaguar looks nicer than the Japanese car, but up against the facelifted F-Type we prefer the Supra's appearance. 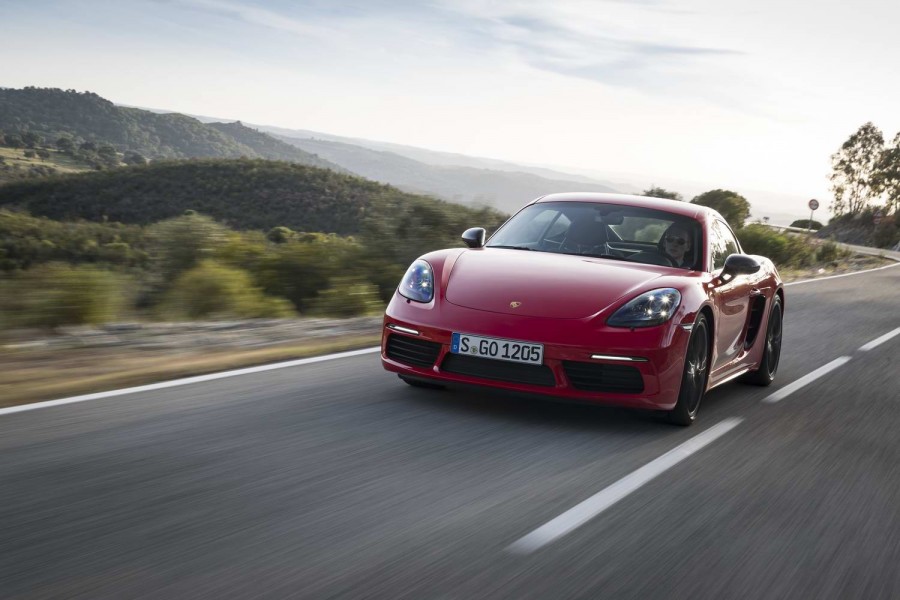