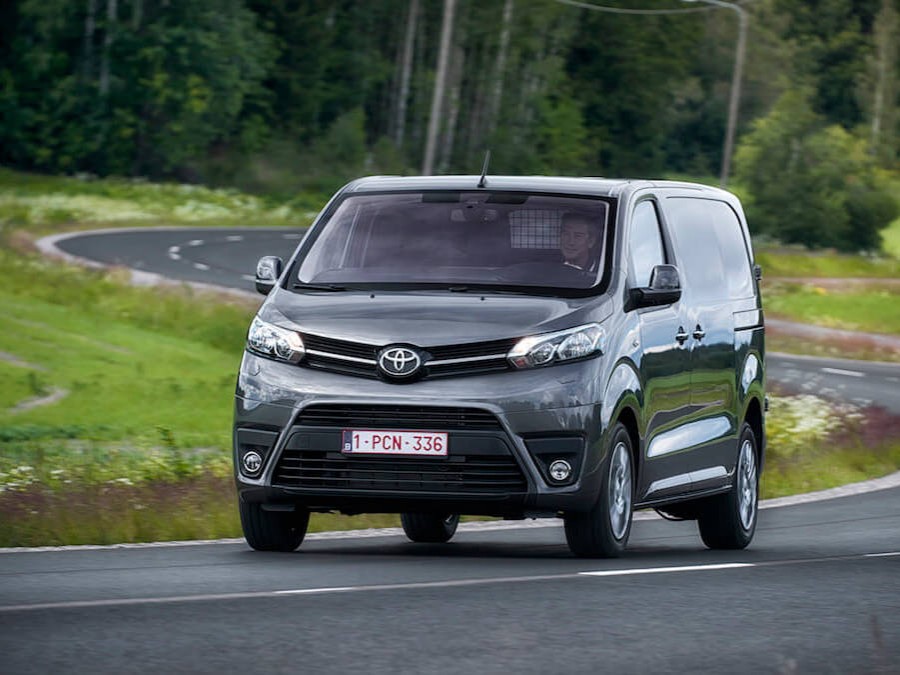 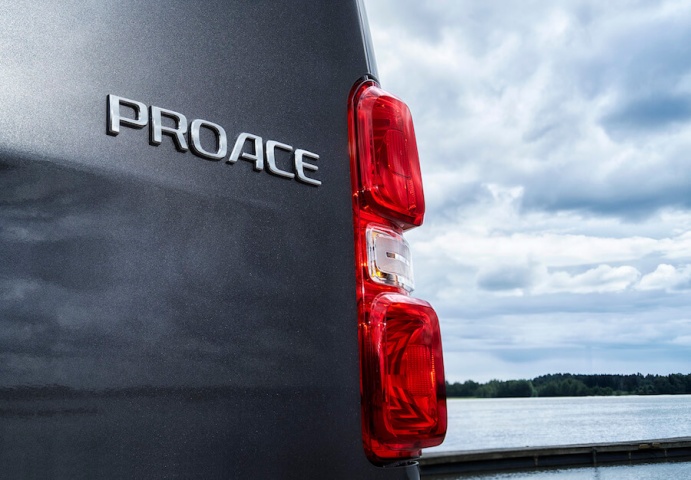 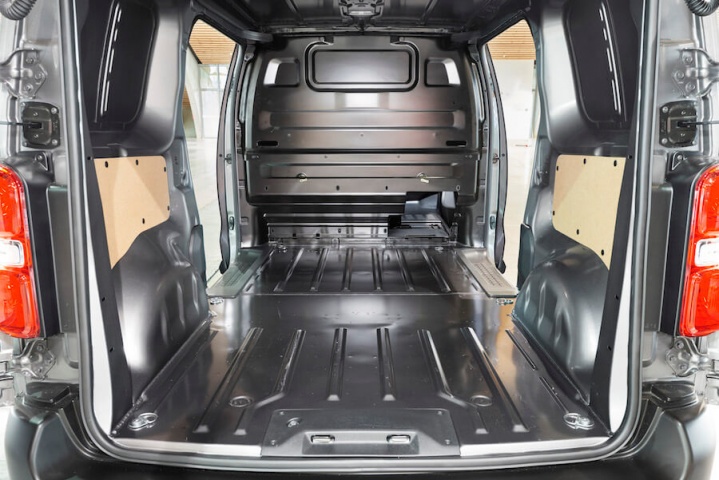 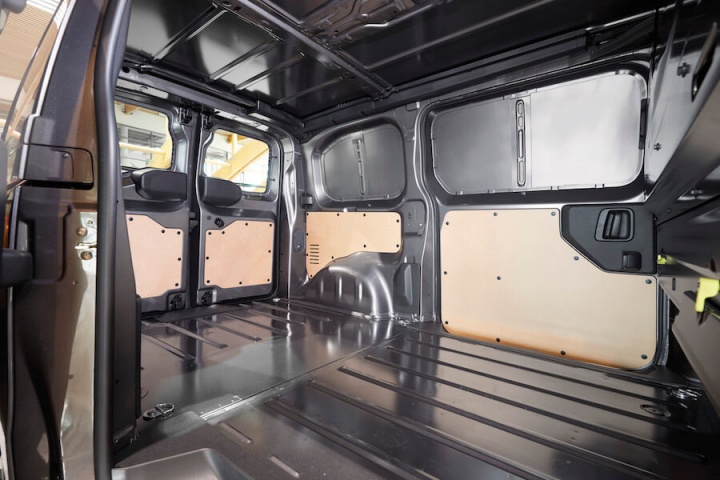 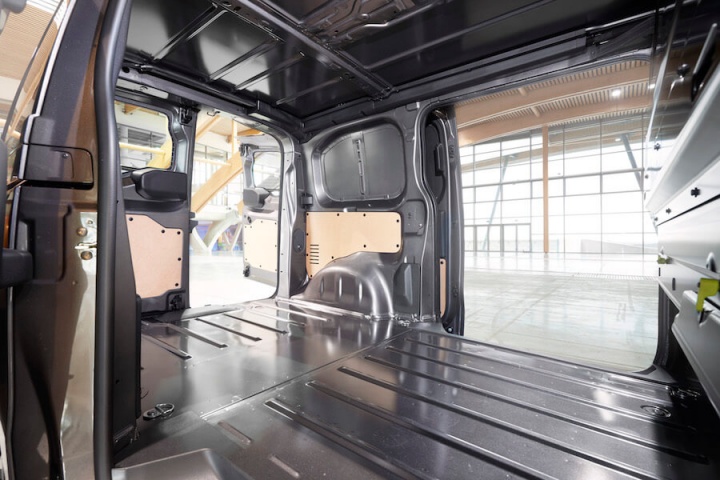 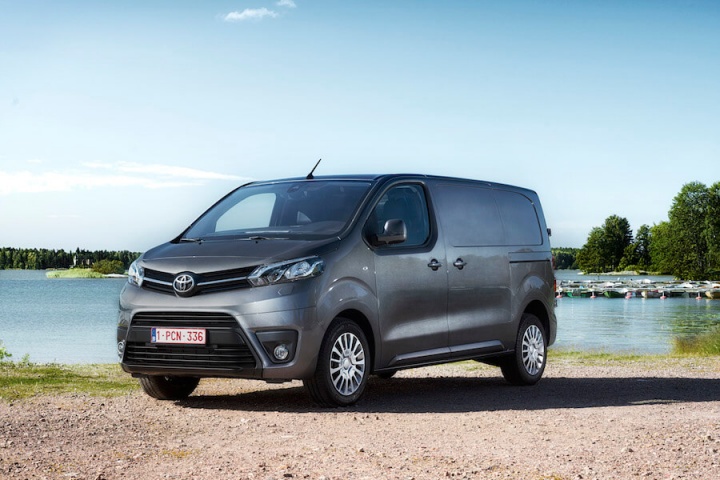 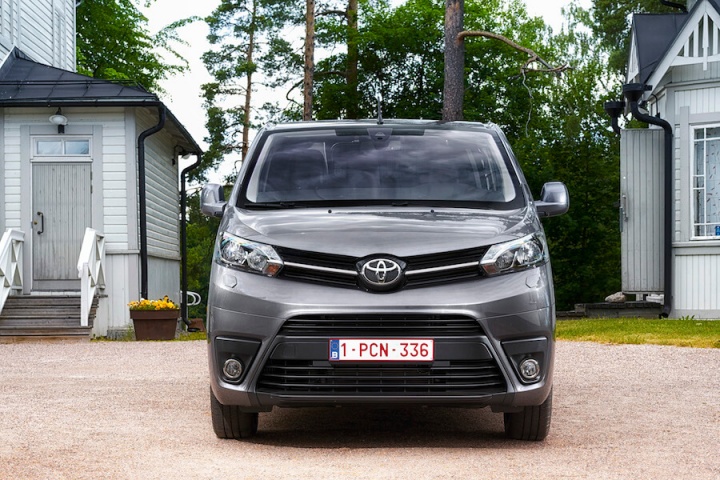 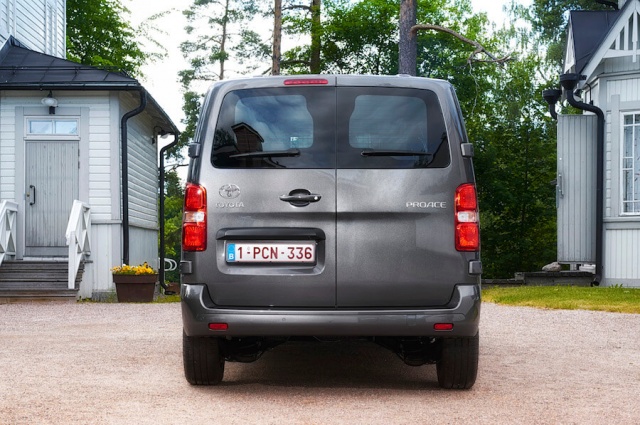 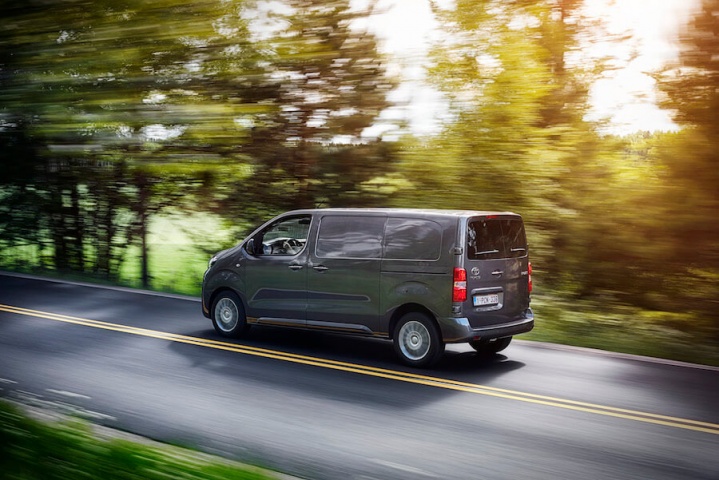 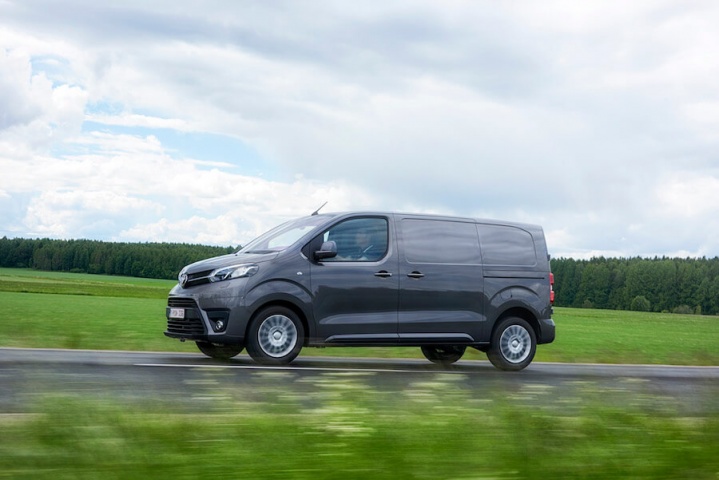 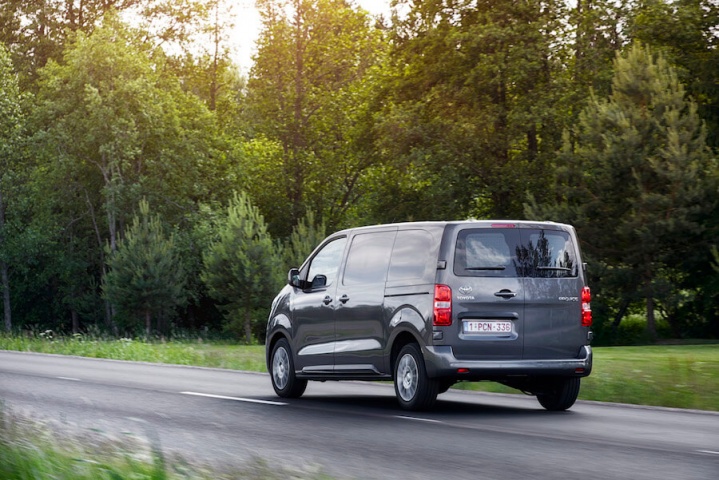 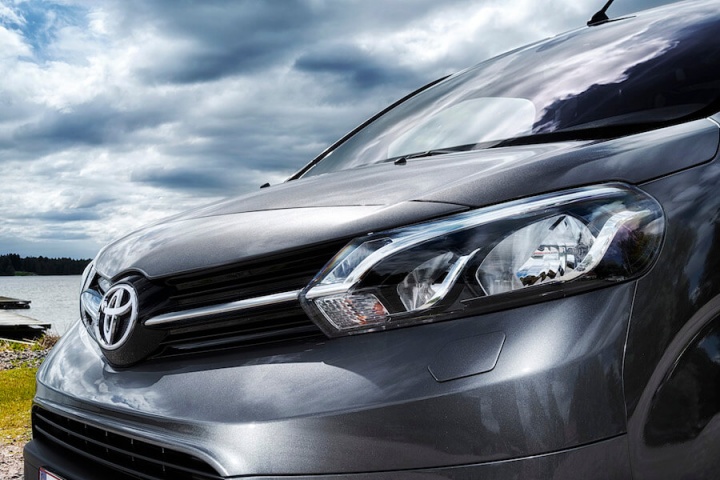 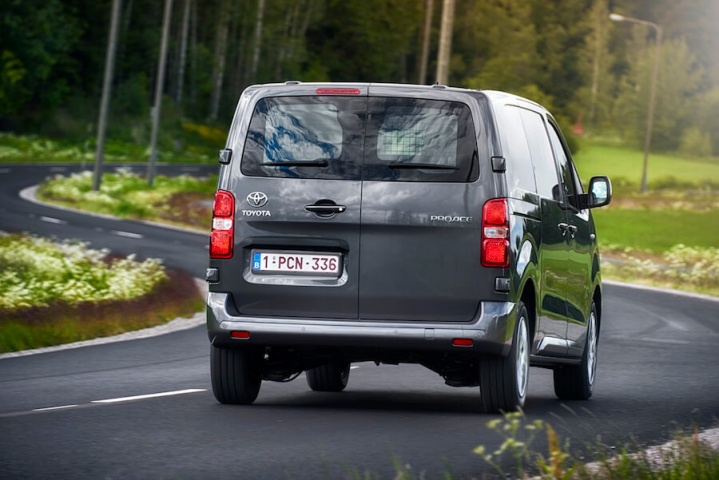 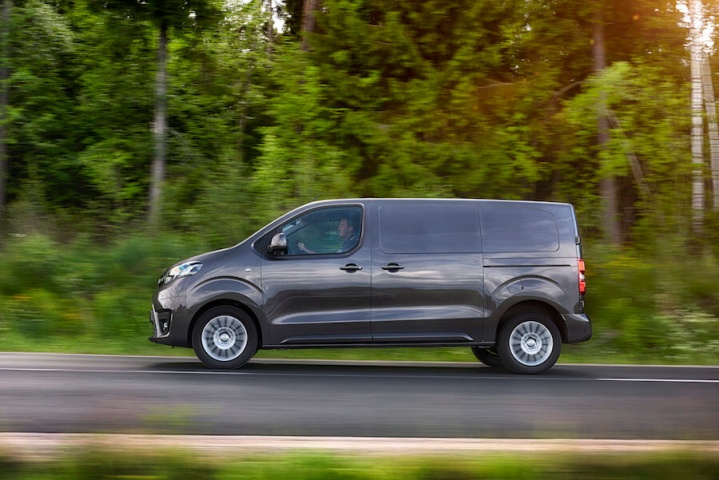 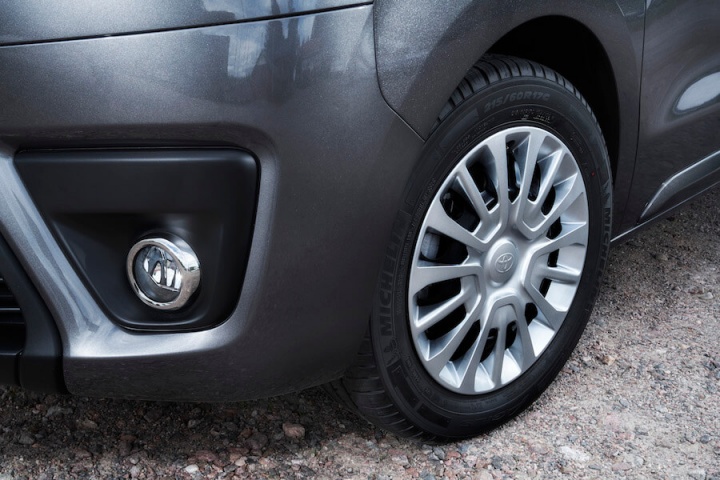 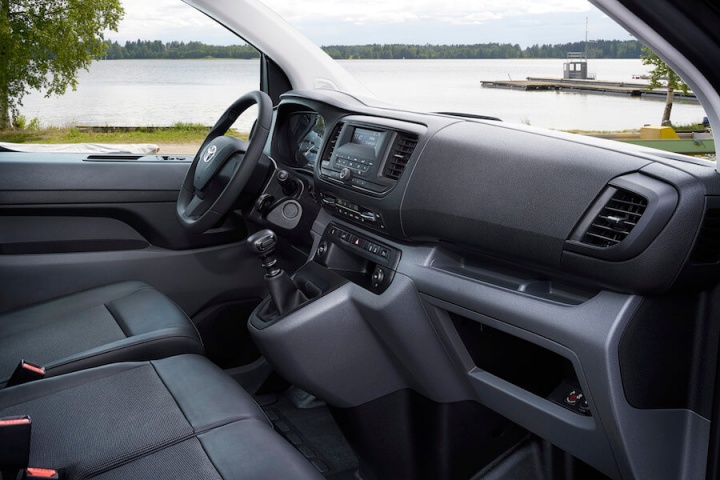 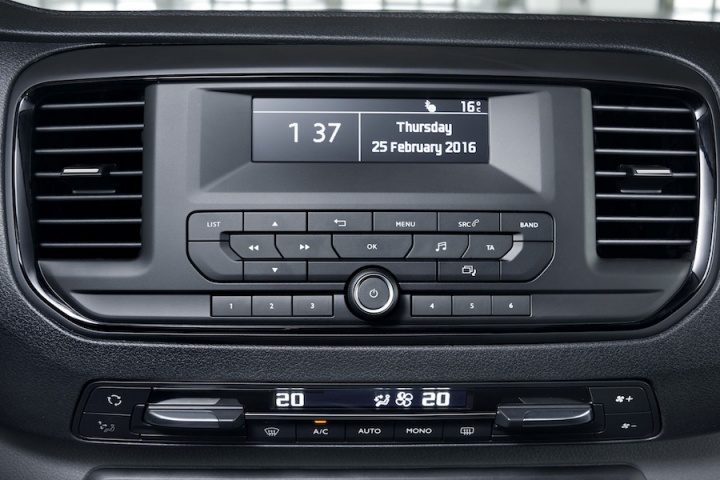 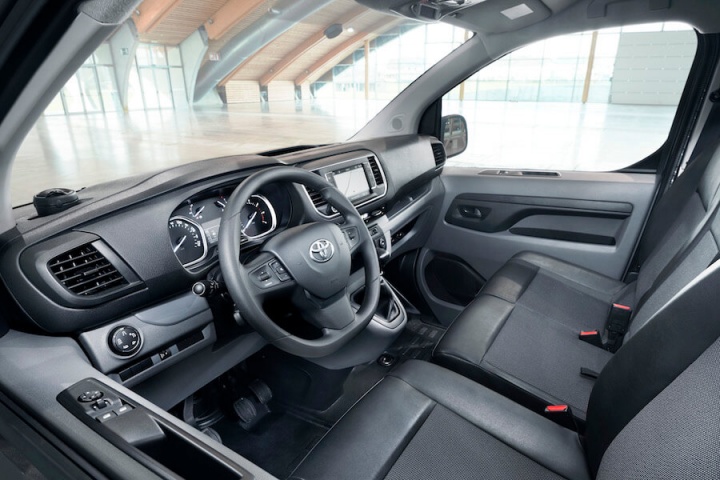 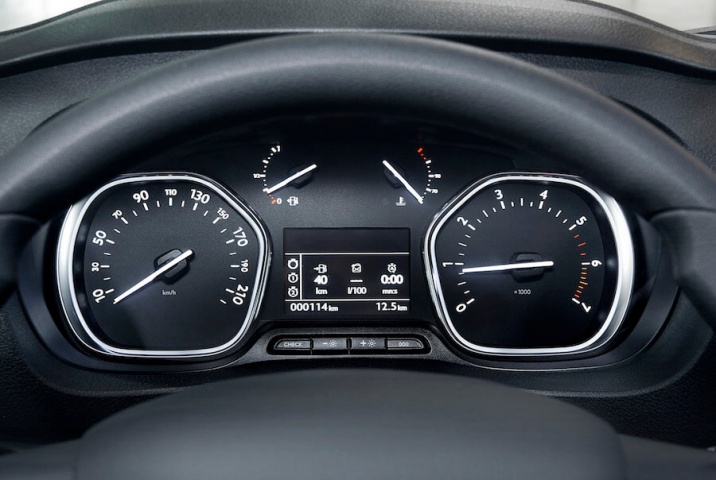 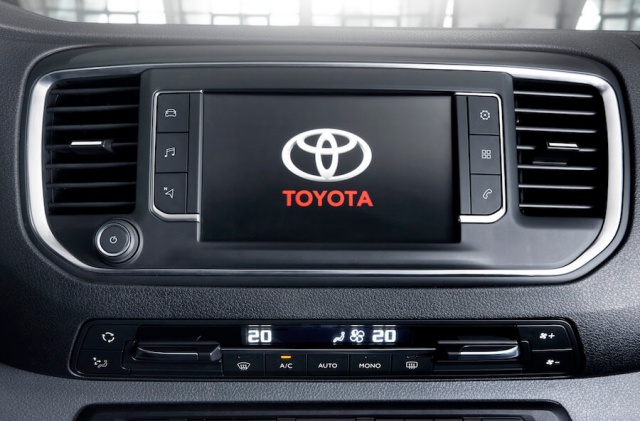 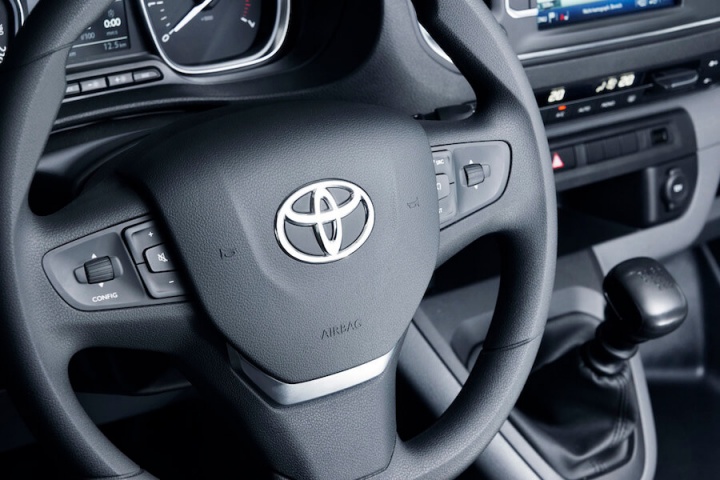 Toyota returns to the LCV segment with an all-new Proace van, in three sizes.

In the new Proace van, Toyota finally has a genuine competitor for the established players in the LCV segment. We've driven it.

The Toyota Proace is an all-new model and, unlike its predecessor, will be offered in three different sizes, as well as in passenger form. It is the third model from the joint partnership with PSA Group, which has already spawned the Citroen Dispatch and Peugeot Expert. Toyota, by its own admission, has had somewhat of a backseat role in its development, but the Proace does still have a distinctly Toyota look to it.

Styling around the front is very much in line with the current crop of Toyota models; it's not quite as divisive as the Prius, but handsome nonetheless. Even though it is a functional, boxy body design, there are still enough curves and rounded edges to make the Proace appear stylish in van terms.

Inside the cabin, there is seating for three, a useful benefit over some rivals. It also has a higher seating position than the likes of the Volkswagen Caddy, which does result in a better view out when driving. Even though there are lots of hard-wearing plastic surfaces, the look and quality of these are very good, even in the most basic models. You also get a lot of storage areas, although the large one atop the dashboard is the only truly practical bin - the rest are either too small or far away from the driver to prove particularly useful.

Vans might not always be known for demonstrating high levels of refinement, but the Toyota Proace is certainly up with the best of them. With a solid bulkhead, the Proace Compact suppresses the vast majority of road noise, likewise from the 1.6-litre diesel engine. There is just the one version of this smaller diesel available in the Compact, but with 95hp and 210Nm it pulls quite well and should suit all but those needing to carry especially heavy loads.

That refinement extends to the steering and suspension, both of which cope well with less than smooth road surfaces. It's not without its minor gripes, though; the pairing of this engine with a five-speed manual transmission leaves it wanting. At 100km/h the engine speed is approaching 3,000rpm, and past that if you're at 120km/h on a motorway. Even with a modest load on board the engine feels more than capable of using a sixth cog. We'd also like to try the Proace in right-hand drive, as, on our left-hand drive test car, the throw from fourth to fifth gear felt a touch long, suggesting that in our market engaging first and second could feel like a bit of a stretch.

Toyota has yet to confirm exactly what the standard specifications and pricing will be for the Proace in Ireland. What we do know is that there will be two distinct trim levels, GL and GX, although the latter will only be available on the SWB and LWB size vans. As soon as the full pricing and specs become available in late September, we will update this review.

Citroen Dispatch/Peugeot Partner: essentially the same van albeit with a different face; price will be a determining factor here.

Ford Transit Custom: a solid van to drive and copes well with day-to-day workloads, but the interior isn't as good as the Proace's.

Volkswagen Caddy: equally refined, if not a little better thanks to its car-like driving position, but that can also go against it in terms of visibility.

In this Compact form, the Toyota Proace is something many of its customers had been seeking. Obviously, there is direct competition from the similar Citroen and Peugeot variants, though the Toyota reputation, as well as its extensive dealer network, will also be a factor to consider. It certainly drives every bit as well as its main rivals.