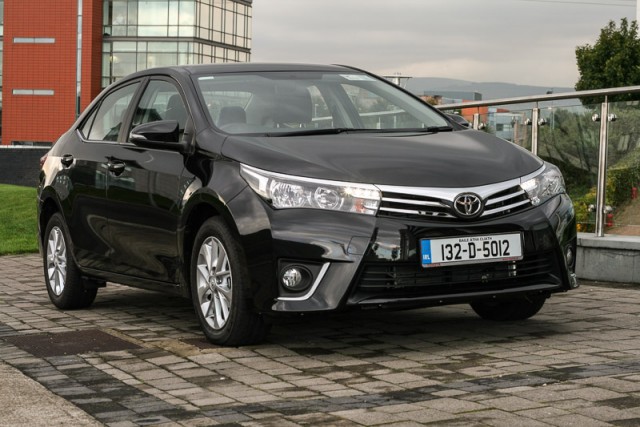 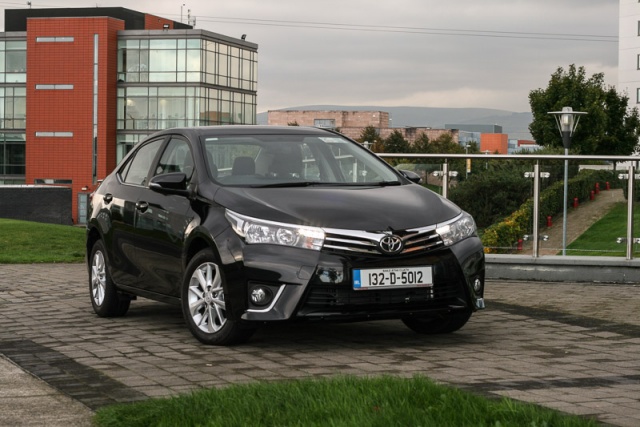 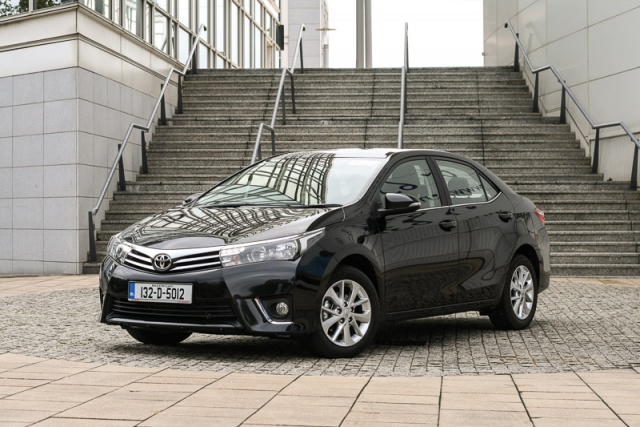 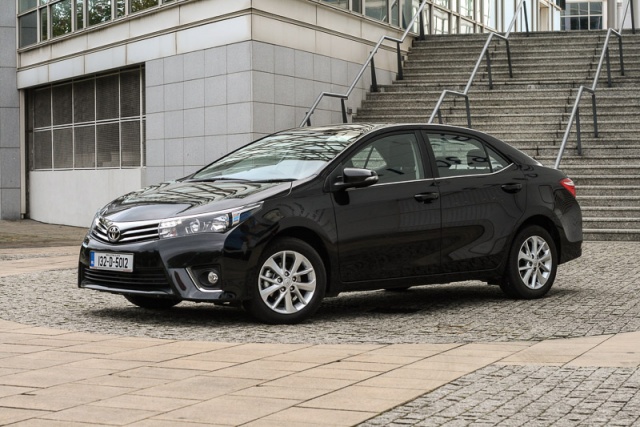 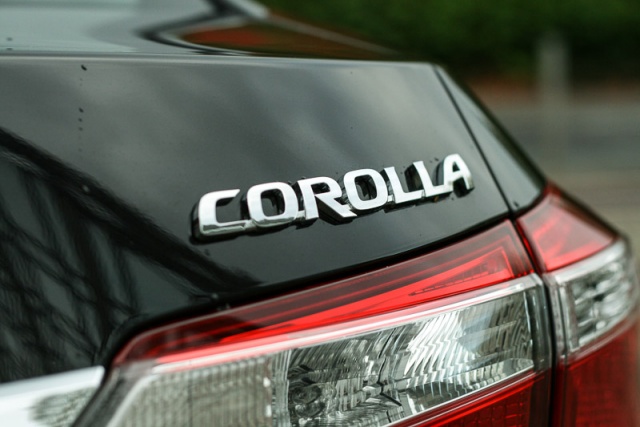 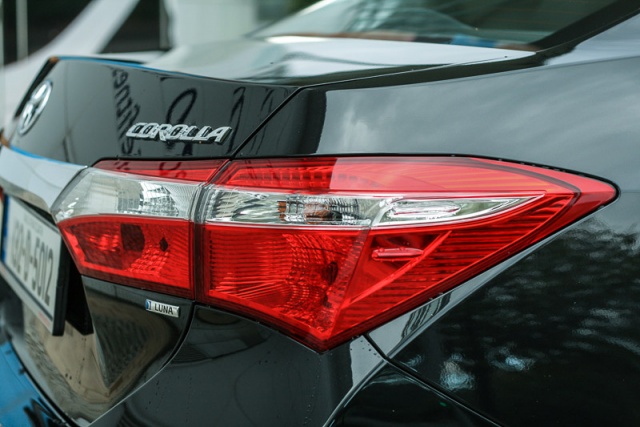 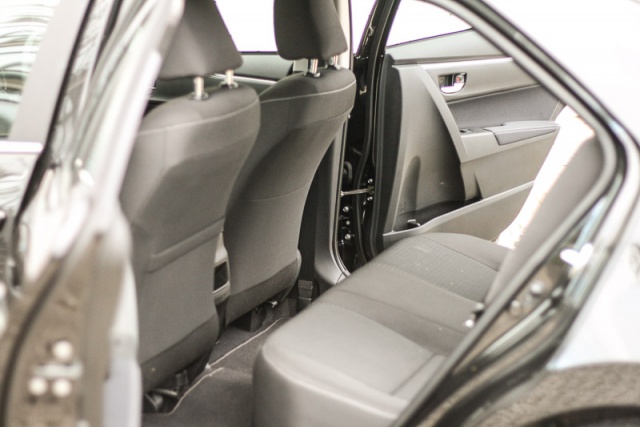 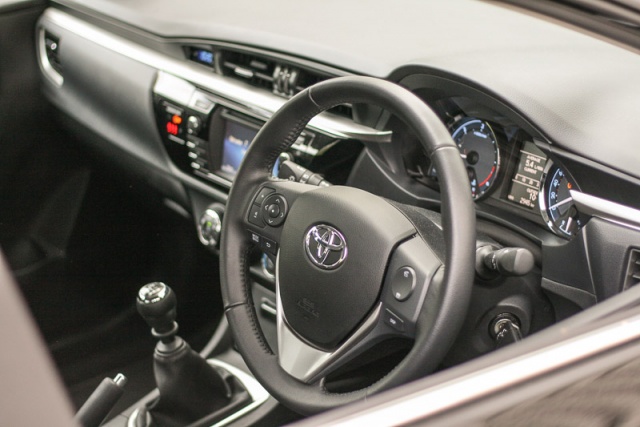 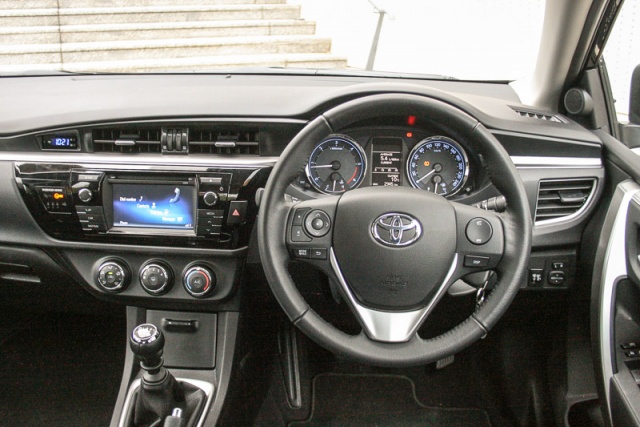 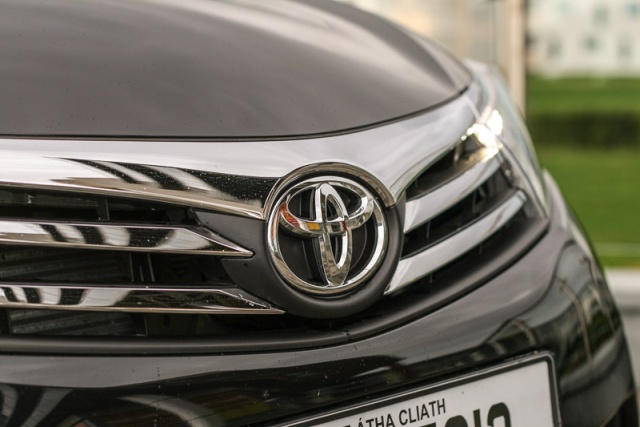 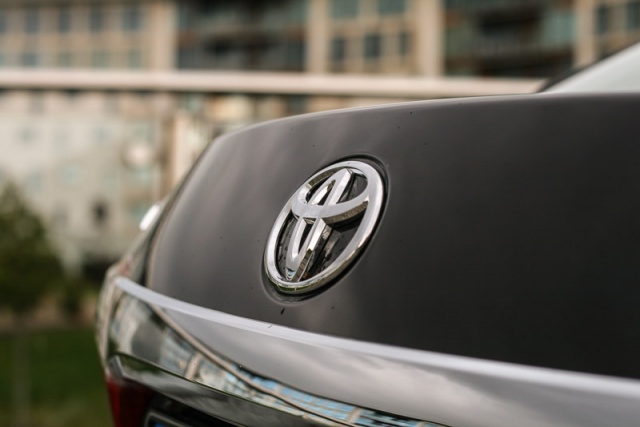 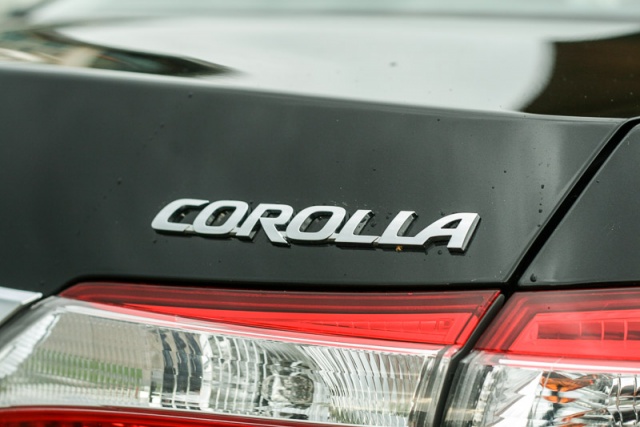 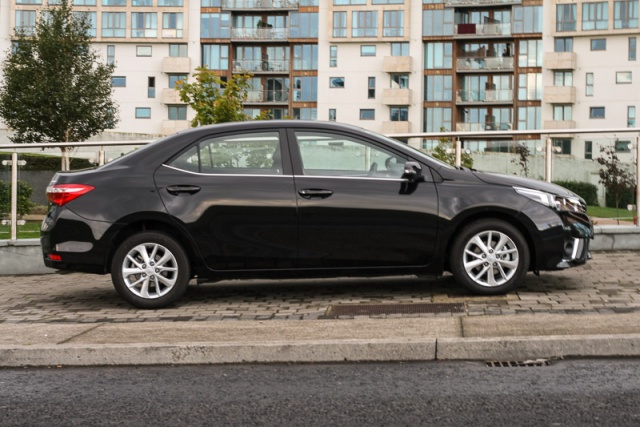 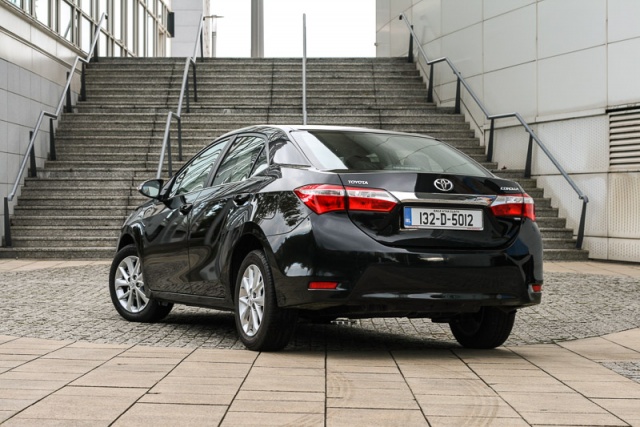 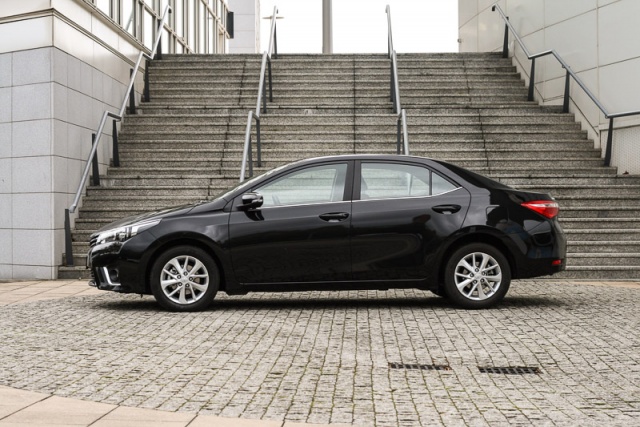 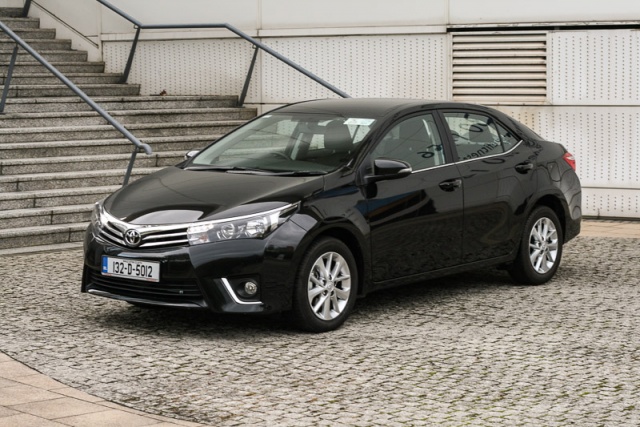 Can an updated Toyota Corolla saloon at last get our hearts racing?

It would be so easy for me to sum this new Toyota Corolla up in one sentence. In fact I think it can do it in just six words. 'Like the old one, but better.' Right, job done. I'm off for lunch.

OK, so there's a little more to it than that. An all-new Corolla may not feel like an Earth-shattering event, but let's not forget that this is the single best-selling nameplate of all time, finding more than 40 million happy customers worldwide since the first Corolla rolled off the lines back in 1966. And I know that they were happy because two out of those 40 million went to my granny. She had a blue (later blue and rust) estate in the early eighties and then, after an unhappy dalliance with a Fiesta and a Starlet, went back to a Corolla, which served her well from 1991 for over a decade until she gave up driving. Now, my granny was not your average granny. She loved her driving, had driven at Brands Hatch in the sixties and we nicknamed her Granny Mansell. And she loved her Corollas, both of them. So I'm a little more reluctant than most motoring hacks to simply tar each successive Corolla with the beige brush and leave it at that.

This time around, Toyota at least seems to be making more of an effort. The new Corolla is bigger than it used to be (80mm longer with a 100mm longer wheelbase), but lower too and it looks vastly sleeker and more imposing than it used to. In fact, I'd say it's a heck of a lot more handsome than the current Auris hatchback, a car which starts strongly at the front (style-wise), but gets progressively messier as you get around the back.

Inside, the new Corolla is pretty much identical to the Auris, with a tall, cliff-faced dash that would look pretty dull in the standard grey+yet-more-grey, but which in the optional black and beige of actually looks quite handsome. There are a couple of ergonomic snafus (that digital clock looks woefully out of date for a start), but it's a comfy and spacious cabin. Toyota claims class-leading rear legroom and I'm not going to argue with that. There's also a massive boot out the back and the lid flips open on strong springs when you push a button on the (now thankfully up-to-date folding-style) key, which is always good for impressing your mates in the car park.

Luna spec includes the nice 6.1-inch Toyota Touch colour screen for the infotainment system, which comes with a simple to use Bluetooth hook up for your phone, and syncs effortlessly with your iPod or iPhone with the use of a standard USB cable. It's nice to see high tech made so easy to use. There's a reversing camera too, but personally I prefer beeping sensors.

There's a pleasant chunky three-spoke steering wheel to hold, but sadly this is where the Corolla trips over the same dynamic brick that its predecessors did. It's just no fun to drive. That shouldn't be confused with 'no good to drive' because it's certainly better than good. Very good in fact, as it corners briskly, grips keenly and rides with terrific comfort. Toyota has long used Irish roads as a datum for ride comfort R&D and it shows. You'll never be upset driving your new Corolla, but neither will you be especially engaged. The steering is light and delivers about as much feel and feedback as Atari Pole Position, circa 1986. I know that many of you will think such concerns are the domain of just us hot-shoe road testers, but steering feel is just another parameter of information that's fed to the driver, and even an ignorant one can read the signals that are being fed to them, to a greater or lesser extent. Note to Toyota and to all car makers: better steering feel equals better - and safer - drivers.

There's another demerit to give to the Corolla and it's in the engine department. The D-4D four-cylinder 1.4-litre engine is reasonably refined (it clatters a bit but it's always a subdued, far-off clatter), but with just 90hp and 205Nm of torque, it's way behind the curve when it comes to pulling power. A basic Golf TDI offers 105hp and 270Nm, while a similarly priced Honda Civic 1.6 i-DTEC has 120hp and 300Nm, plus it's more refined still and better to drive to boot.

Oh, and one more thing; why so tinny? Slam the doors or the boot lid and instead of a reassuring whump you get an unappealing clang. Car makers are desperately trying to trim weight from their cars, to make them more efficient, but if Volkswagen and Ford can still make their cars sound like they're solidly built, then why can't Toyota?

For all that, the Corolla's still a pretty smart buy. If you simply don't care about driving engagement then it's a solidly built, doubtless reliable, spacious and practical family motor. Would my granny have loved it? Yes, but she'd have griped about the steering too.

Ford Focus 1.0 EcoBoost petrol review
Ford Focus vs. Toyota Corolla: the Acme of the hatch and saloon market. Sharp chassis but space and quality behind the Corolla. 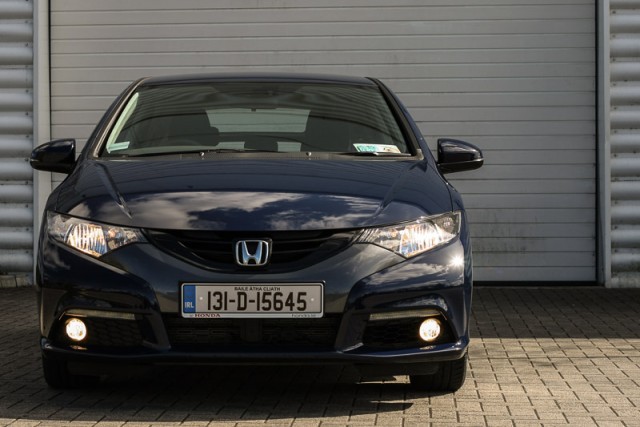 Honda Civic review
Honda Civic vs. Toyota Corolla: no saloon option but the Civic has exciting styling, a brilliant 1.6 diesel engine, a sharp chassis and a clever, practical interior on its side. 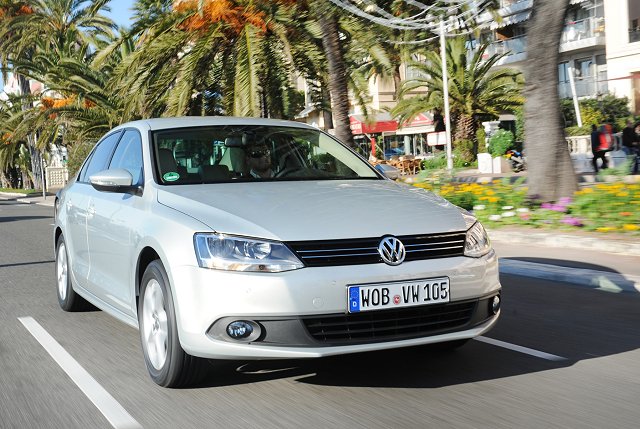 Volkswagen Jetta review
Volkswagen Jetta vs. Toyota Corolla: left behind in the clamour surrounding the Mk VII Golf, but the Jetta is better than you'd think - slick and pleasing to drive. Pricey though.