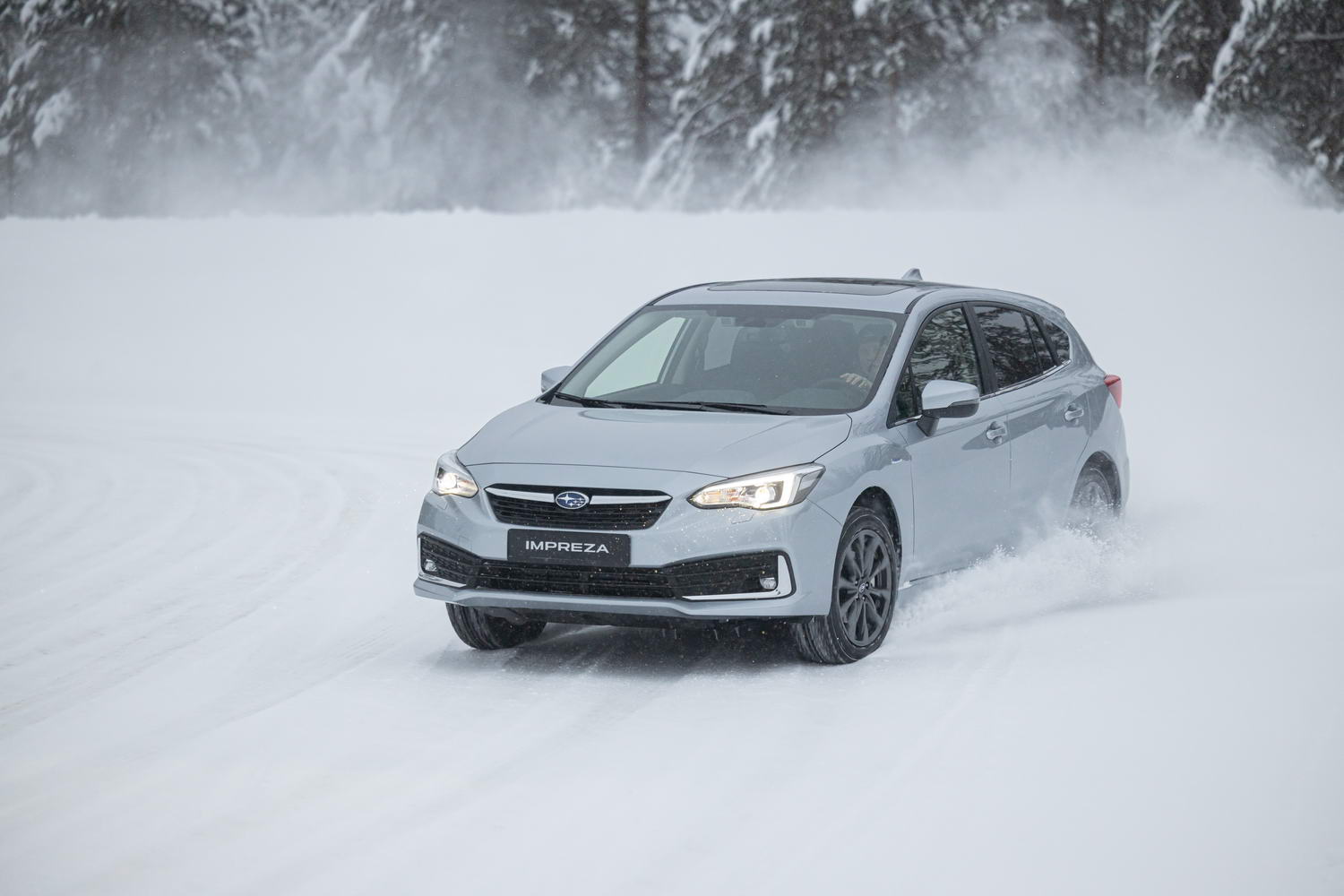 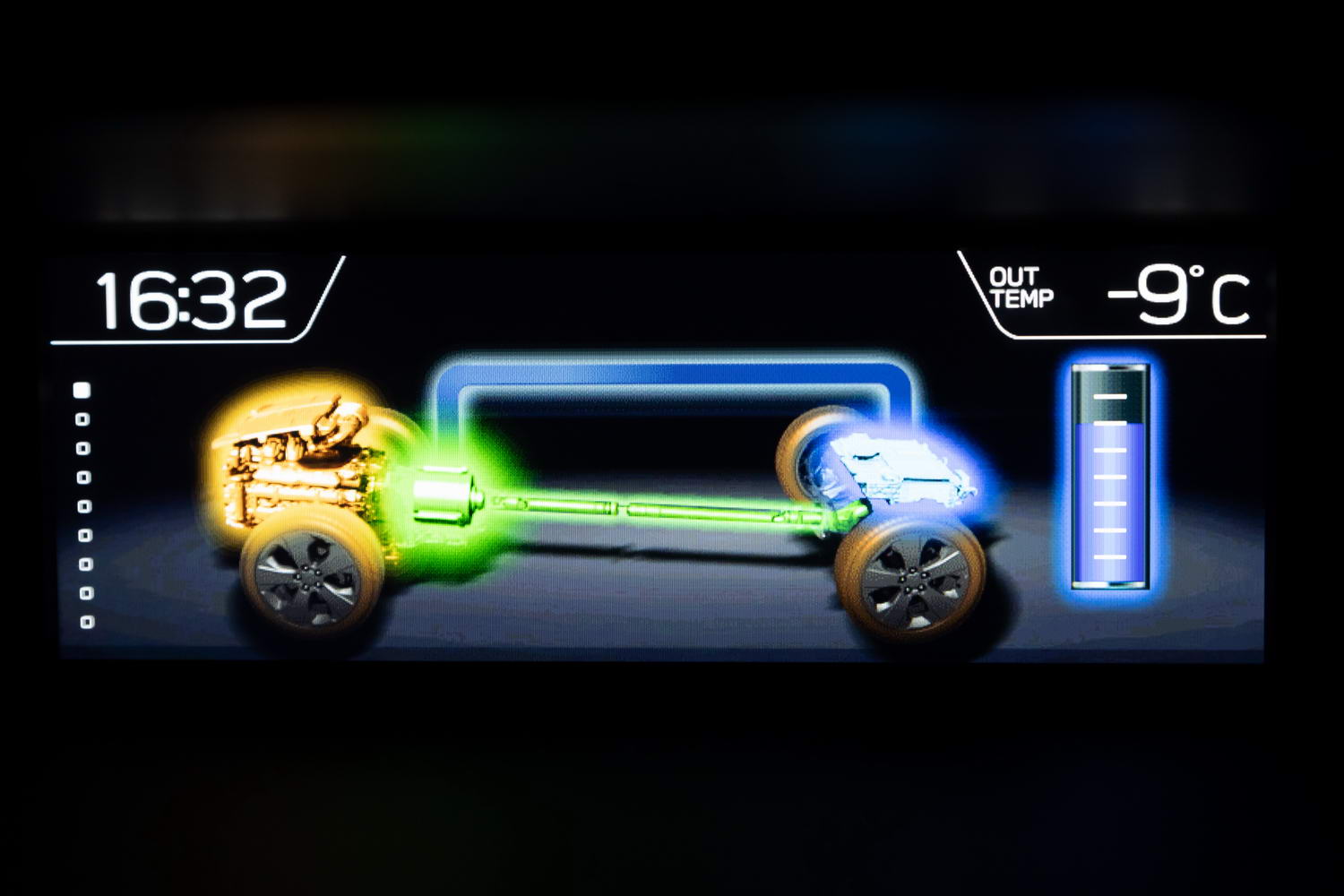 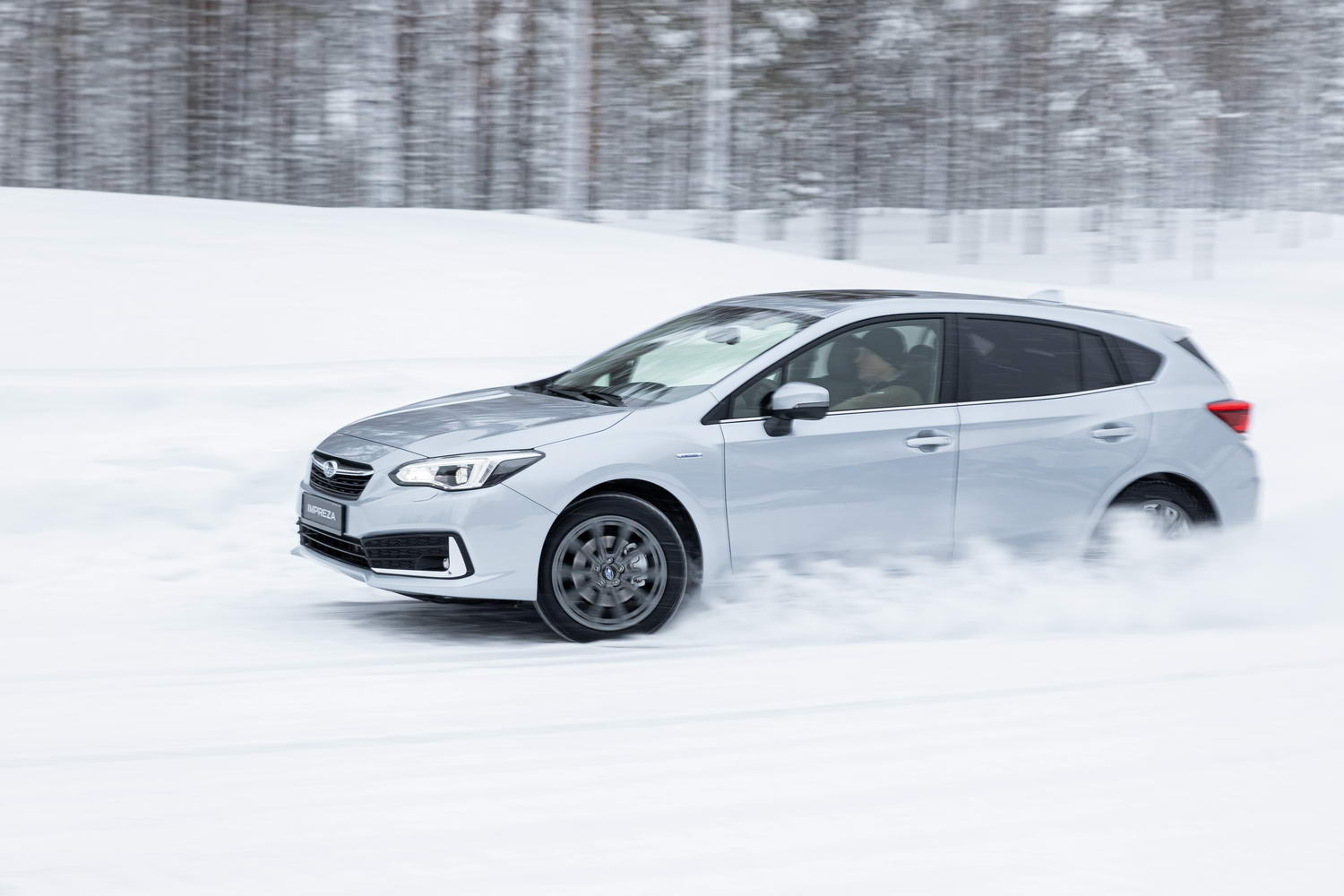 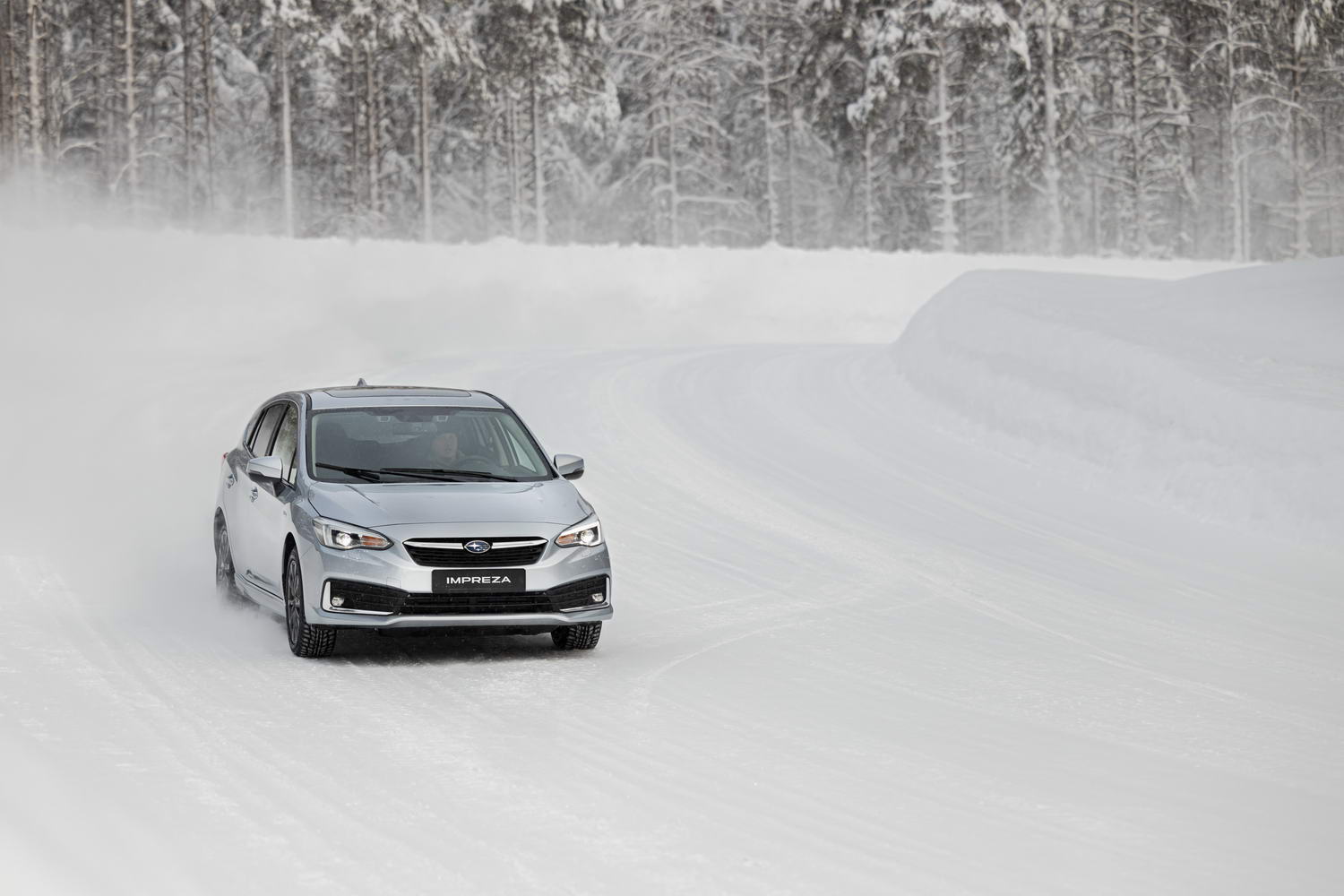 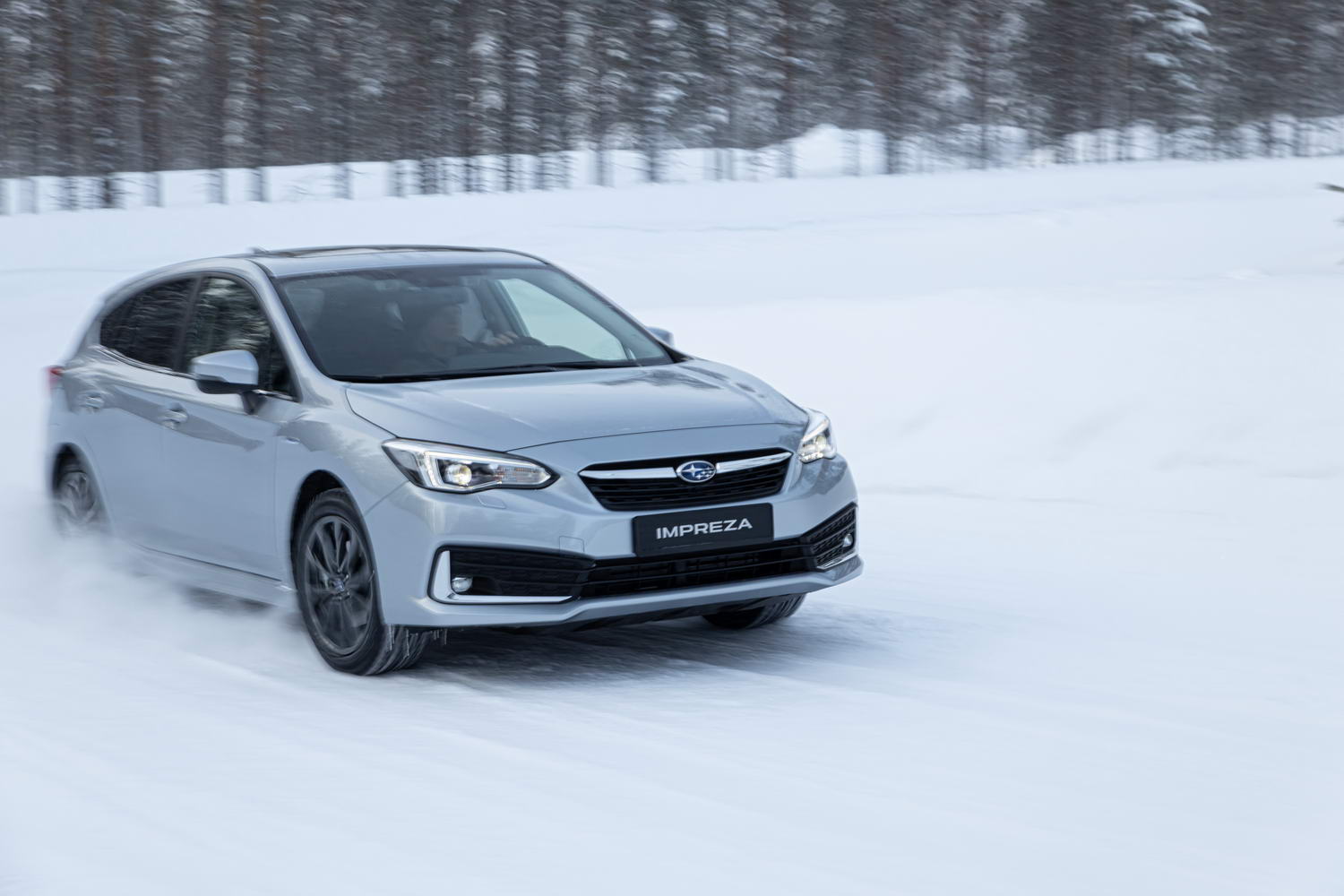 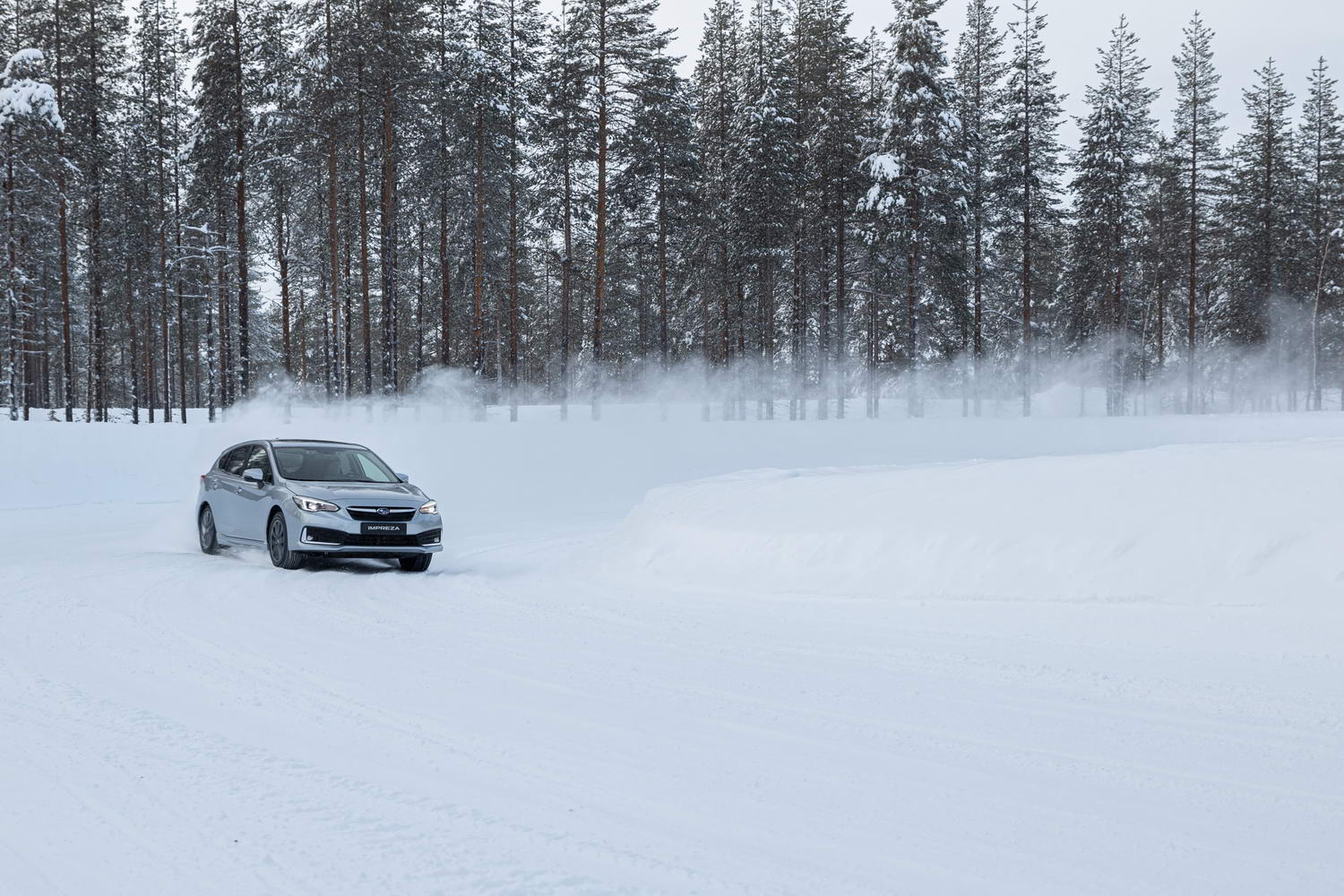 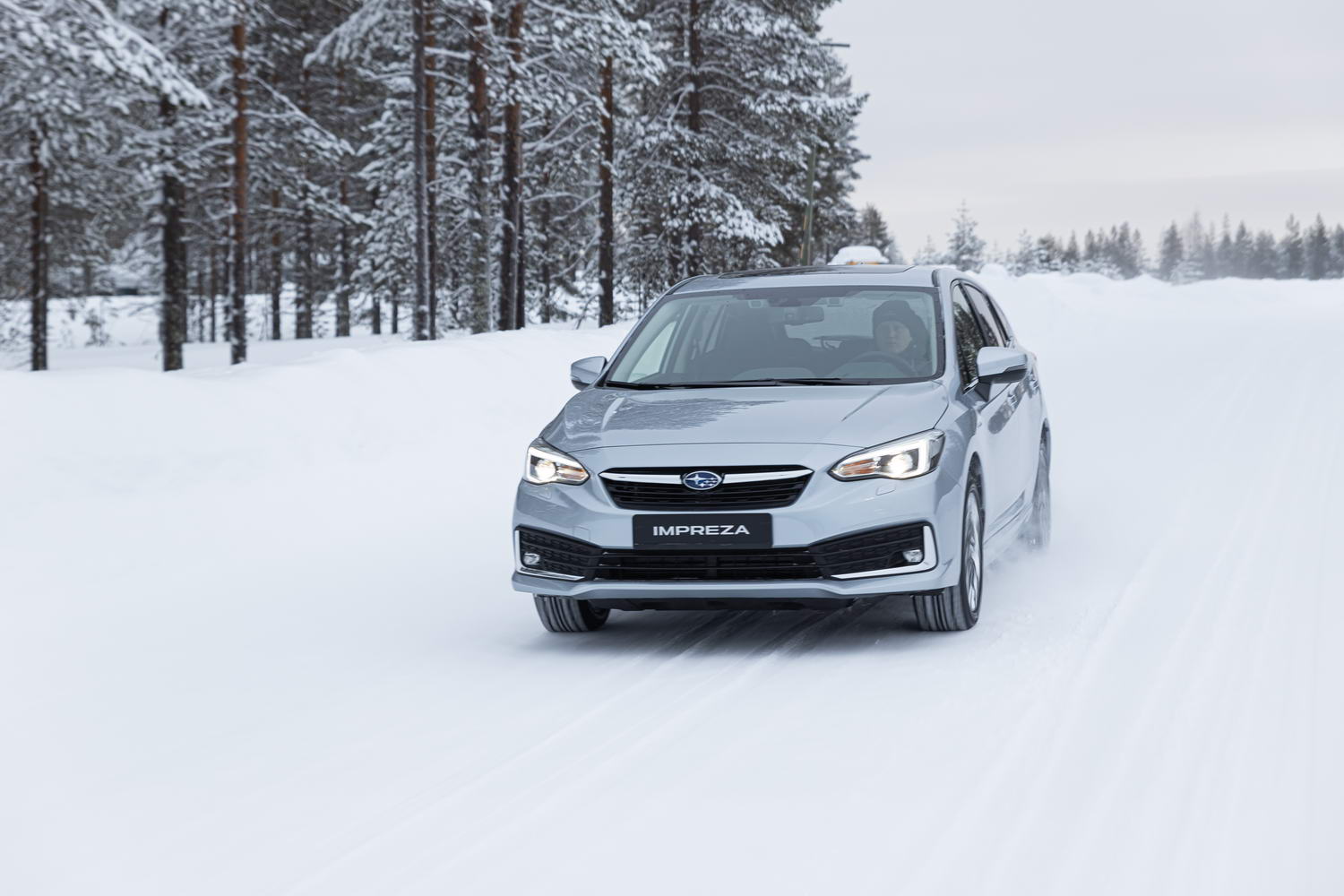 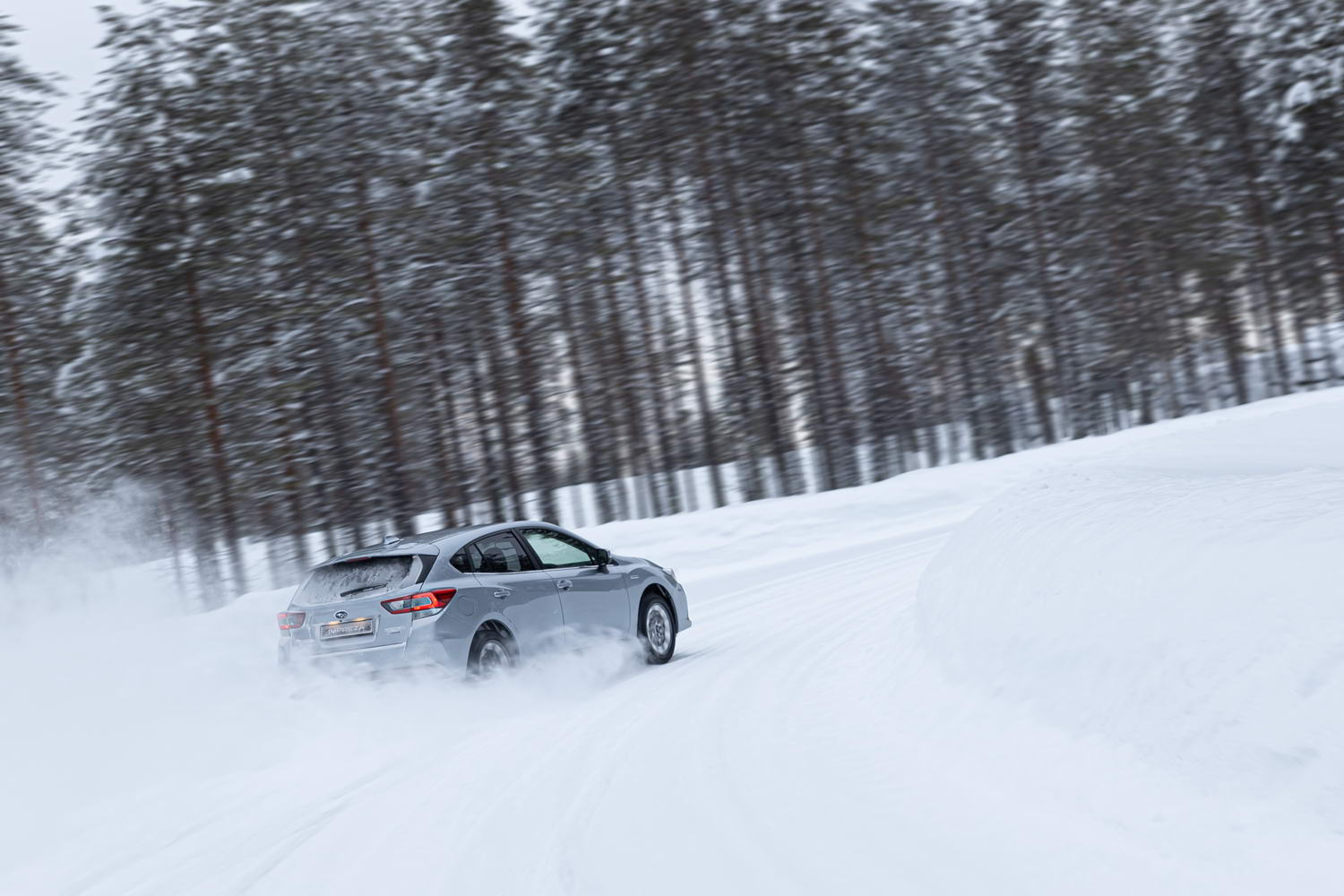 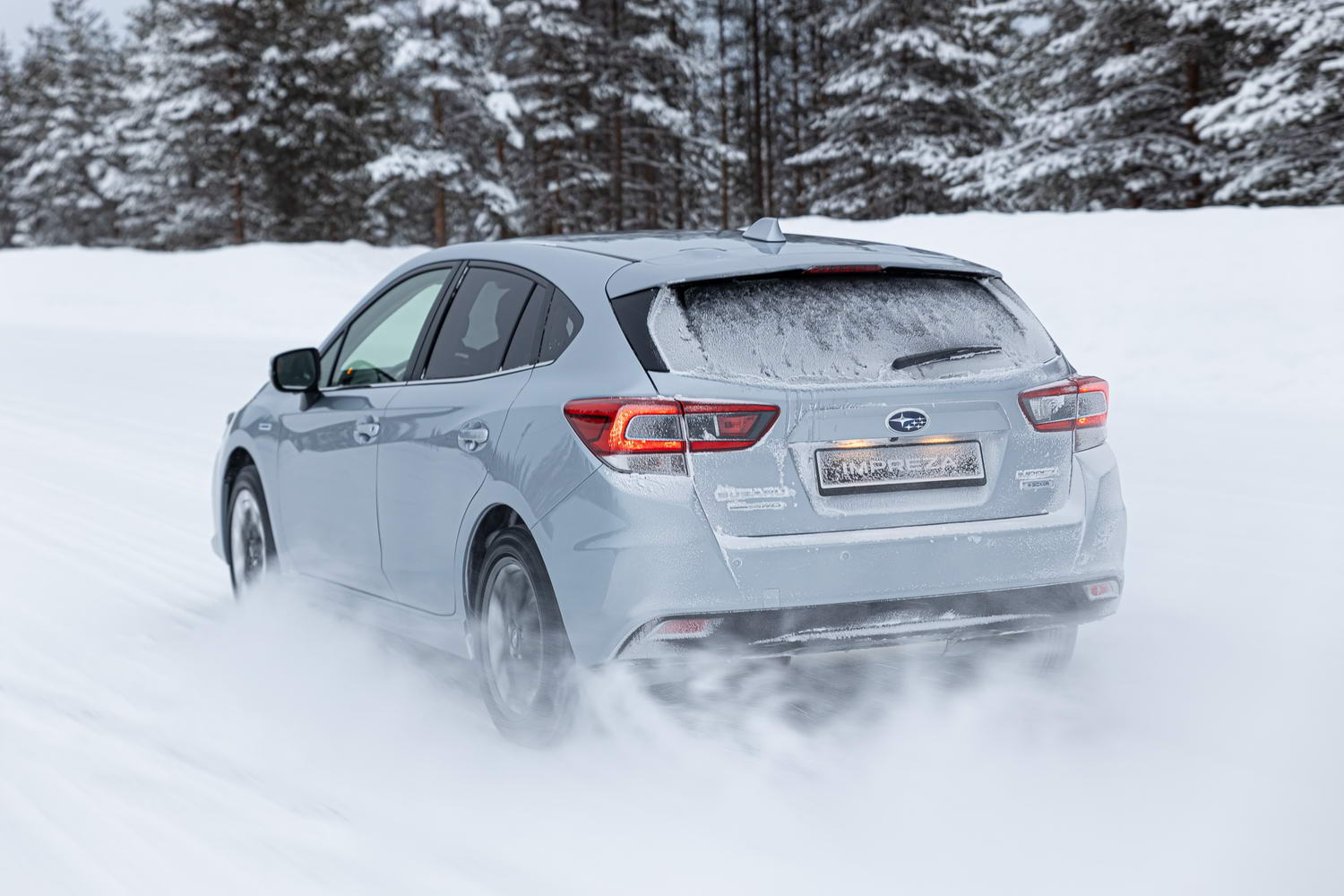 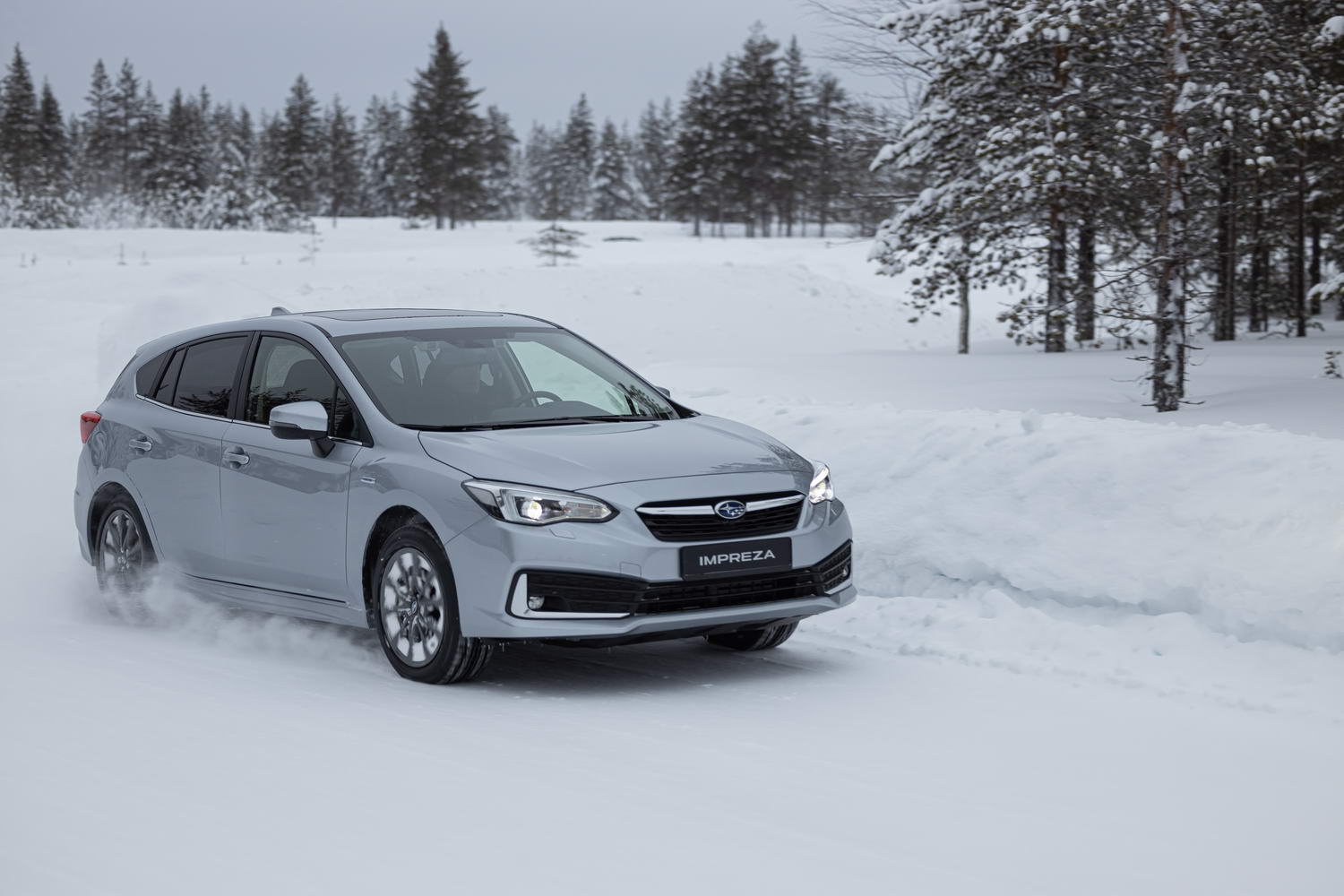 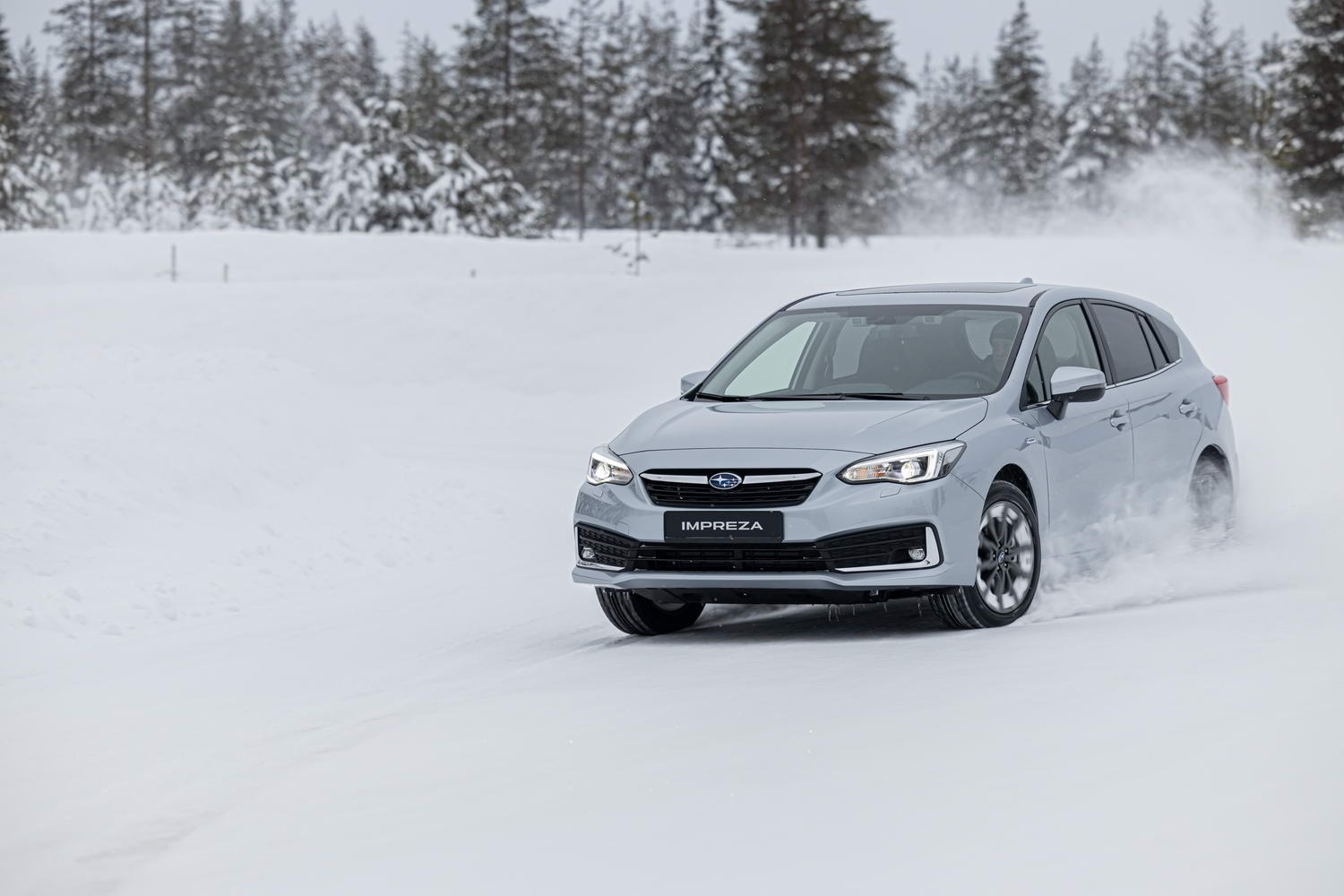 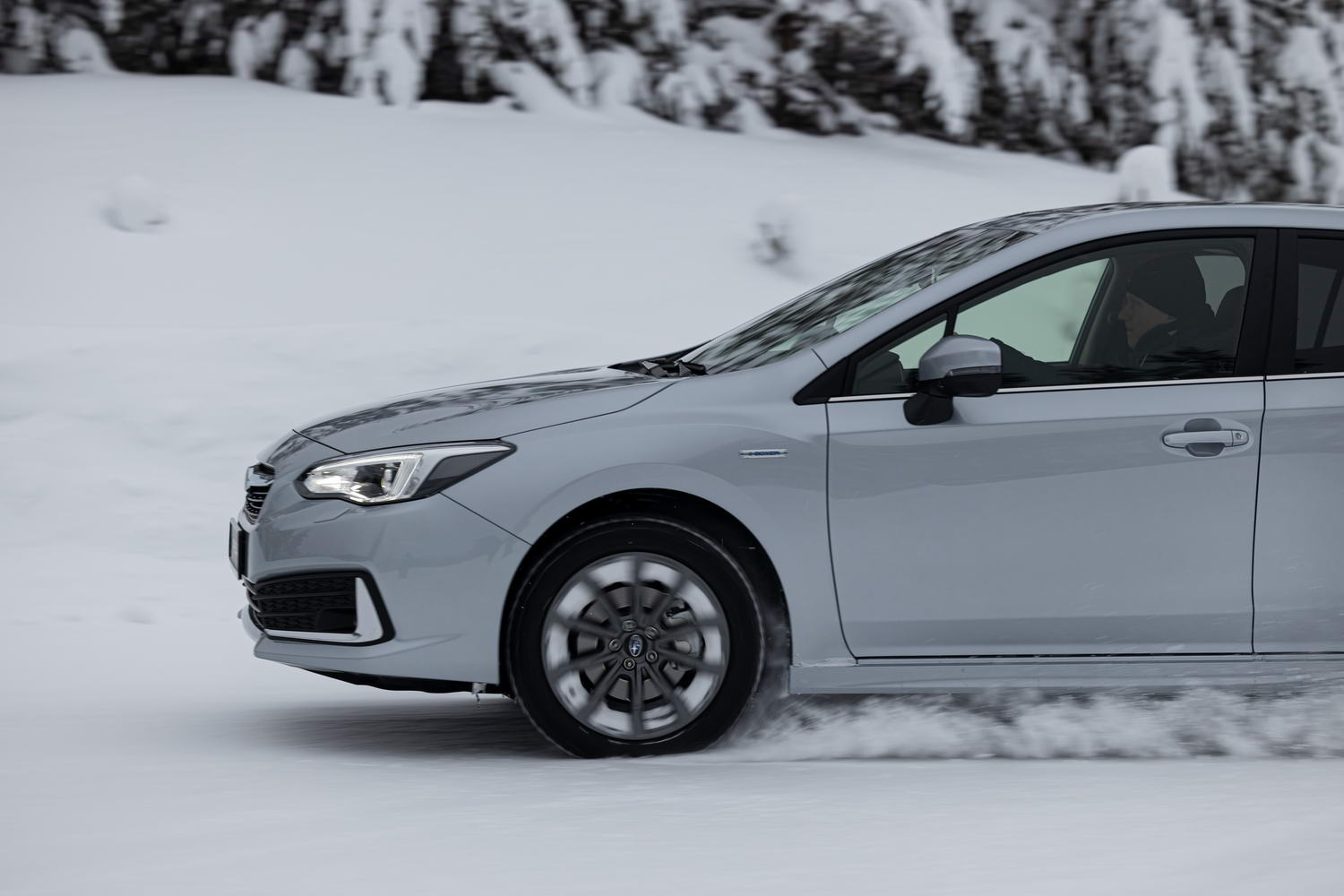 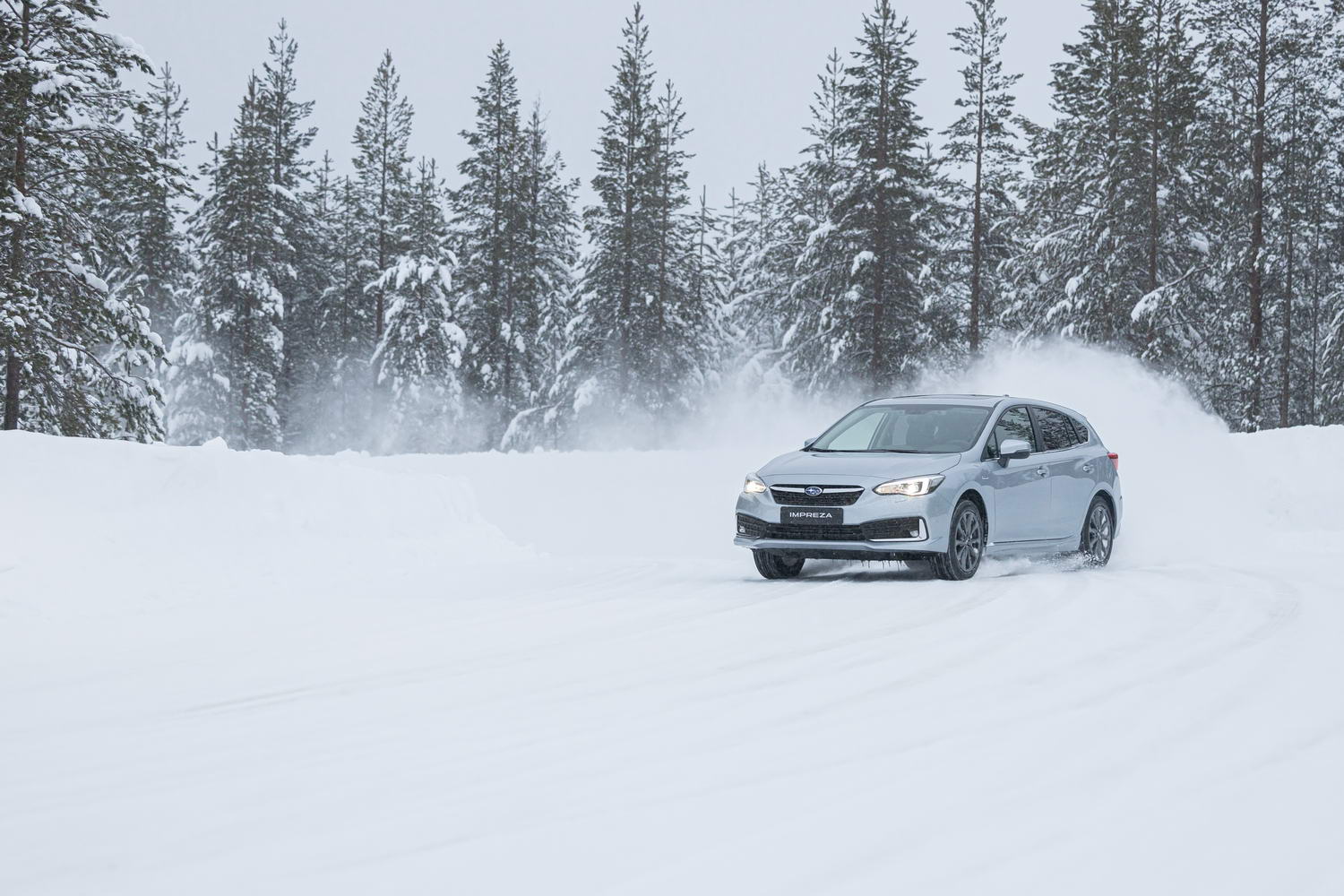 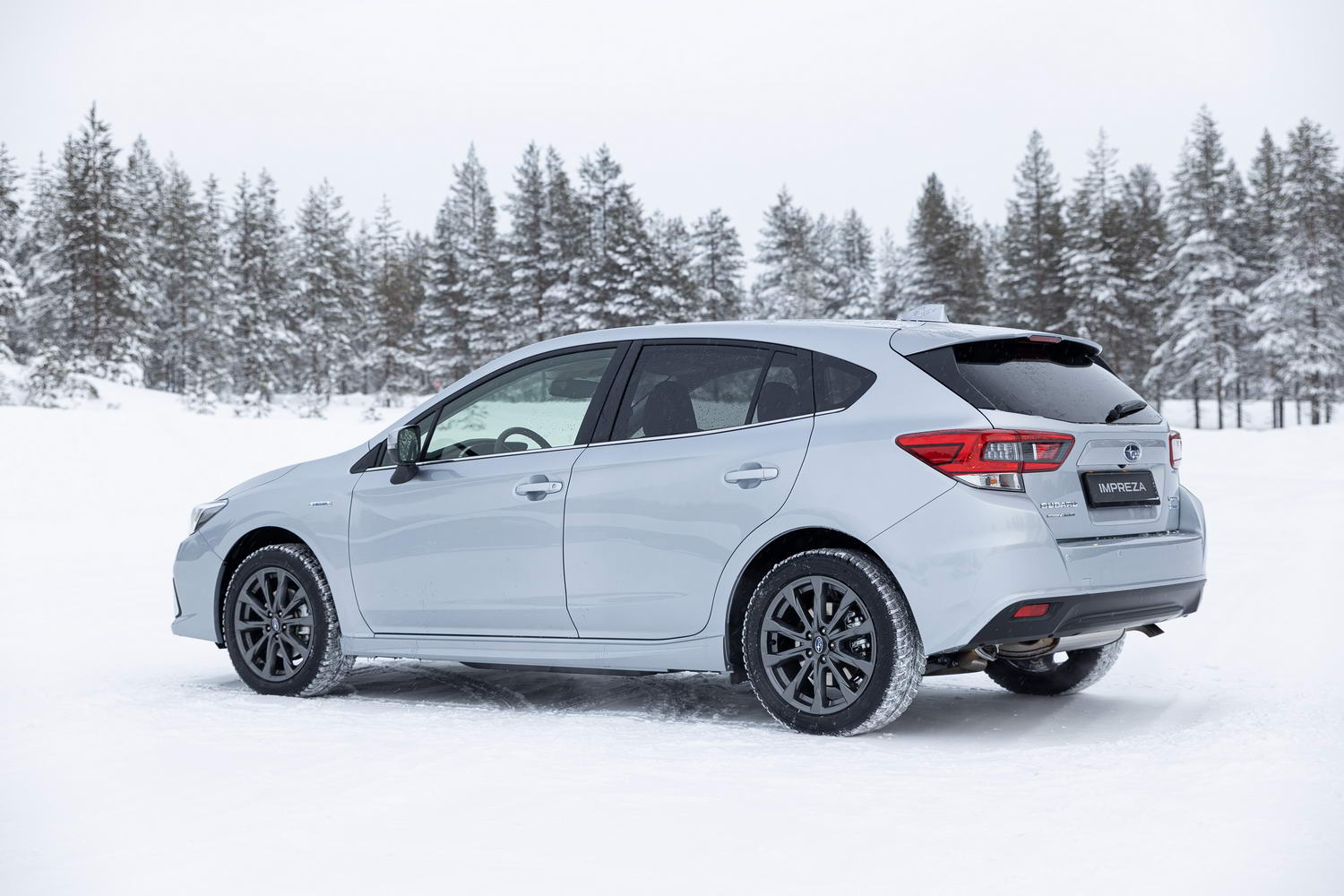 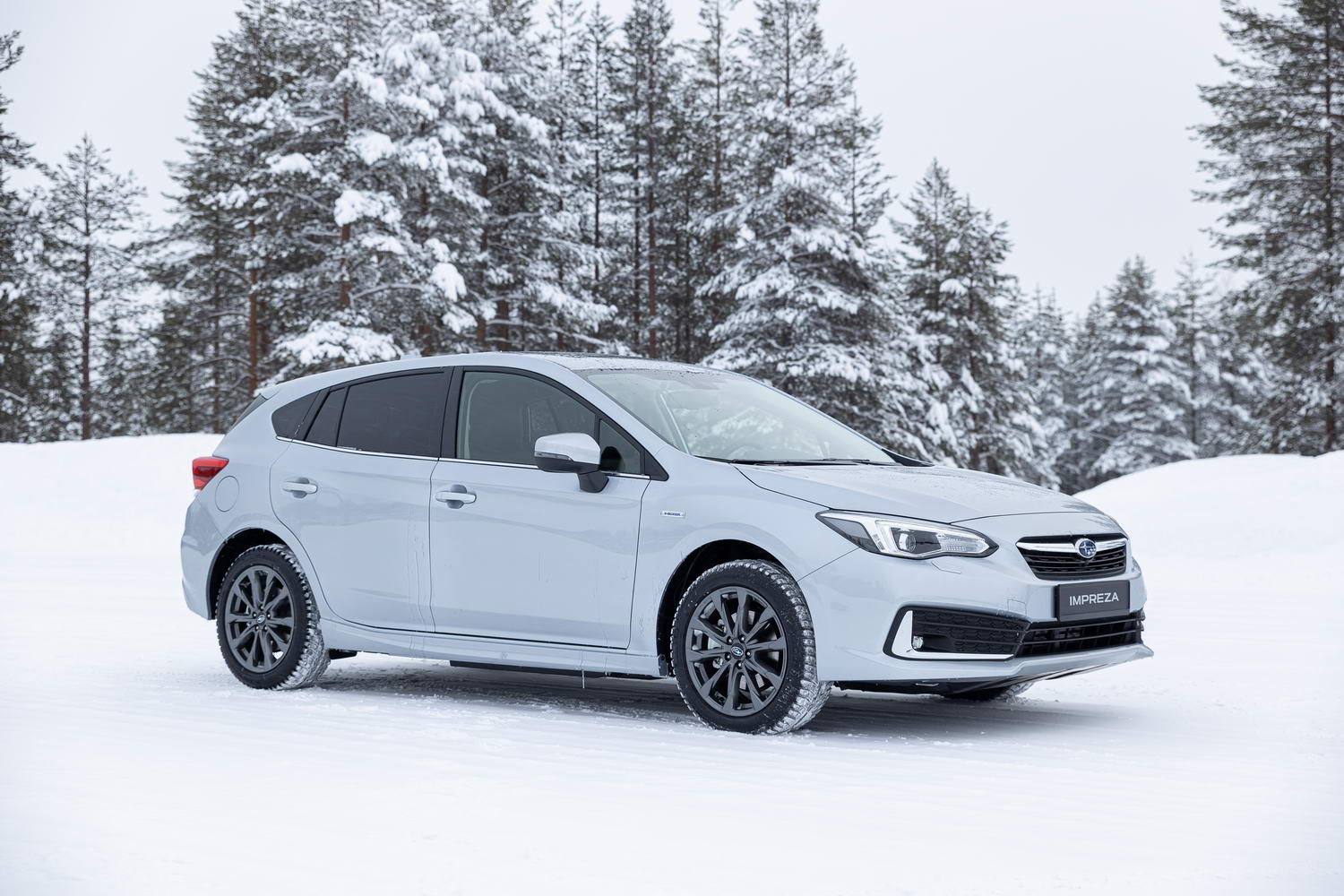 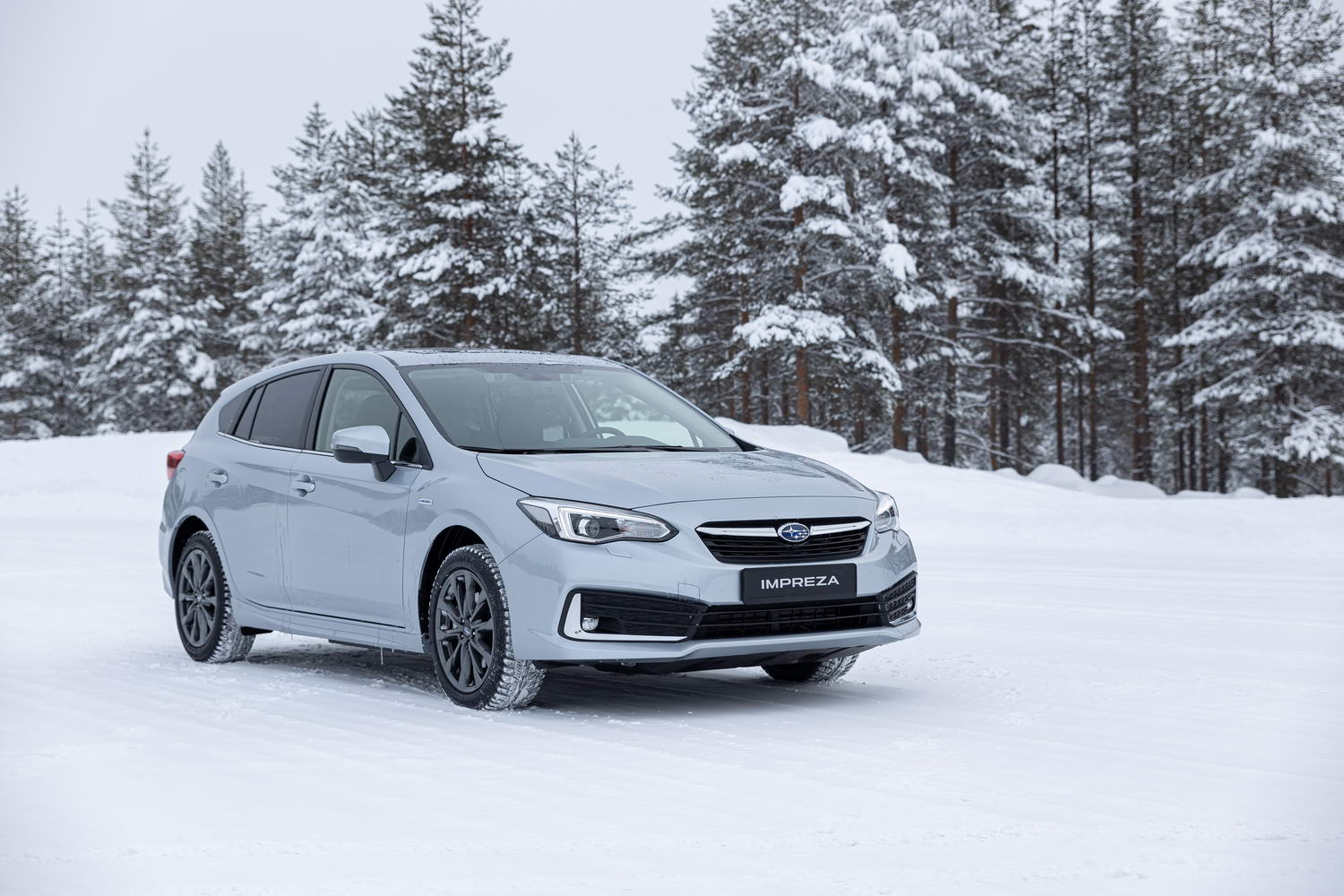 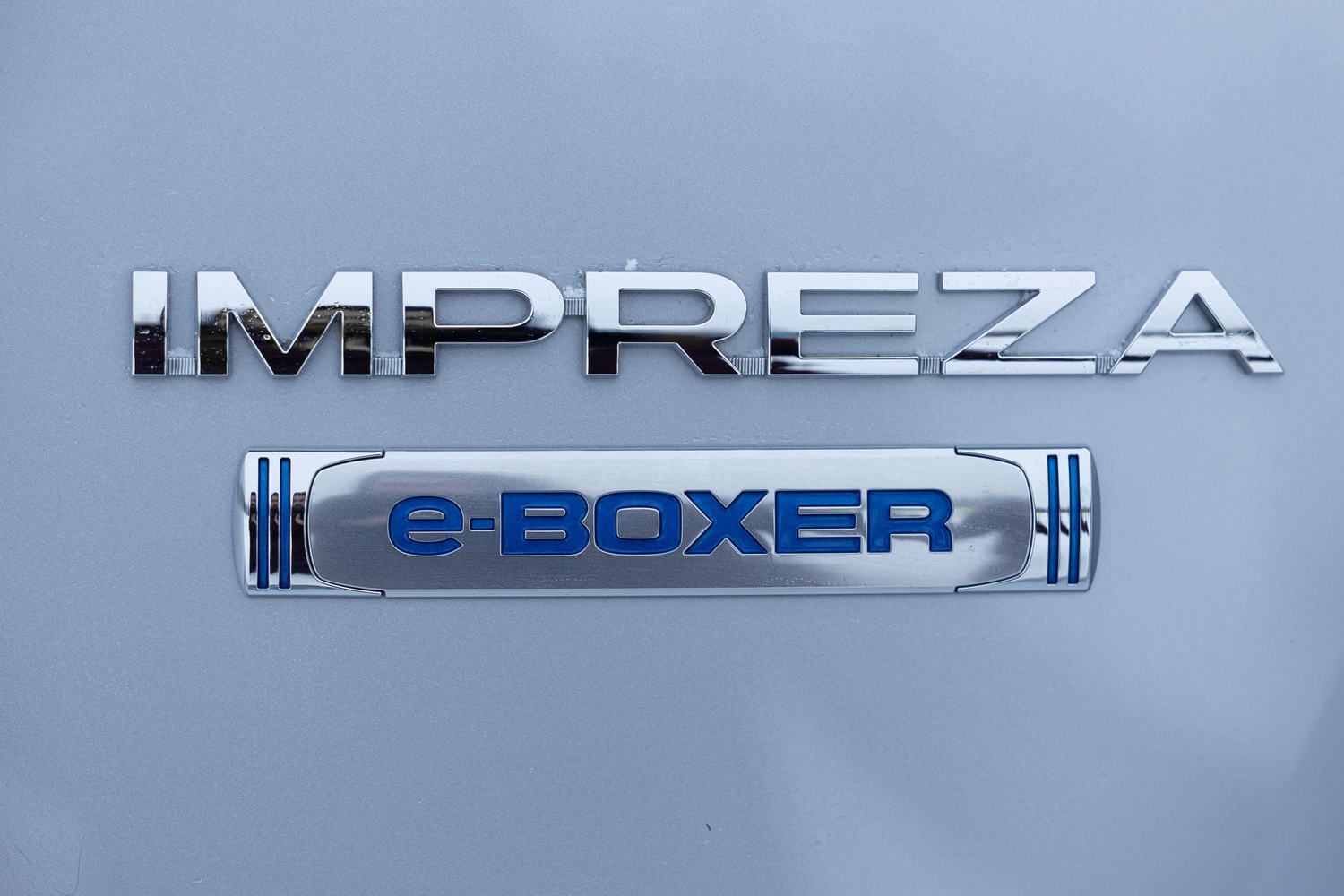 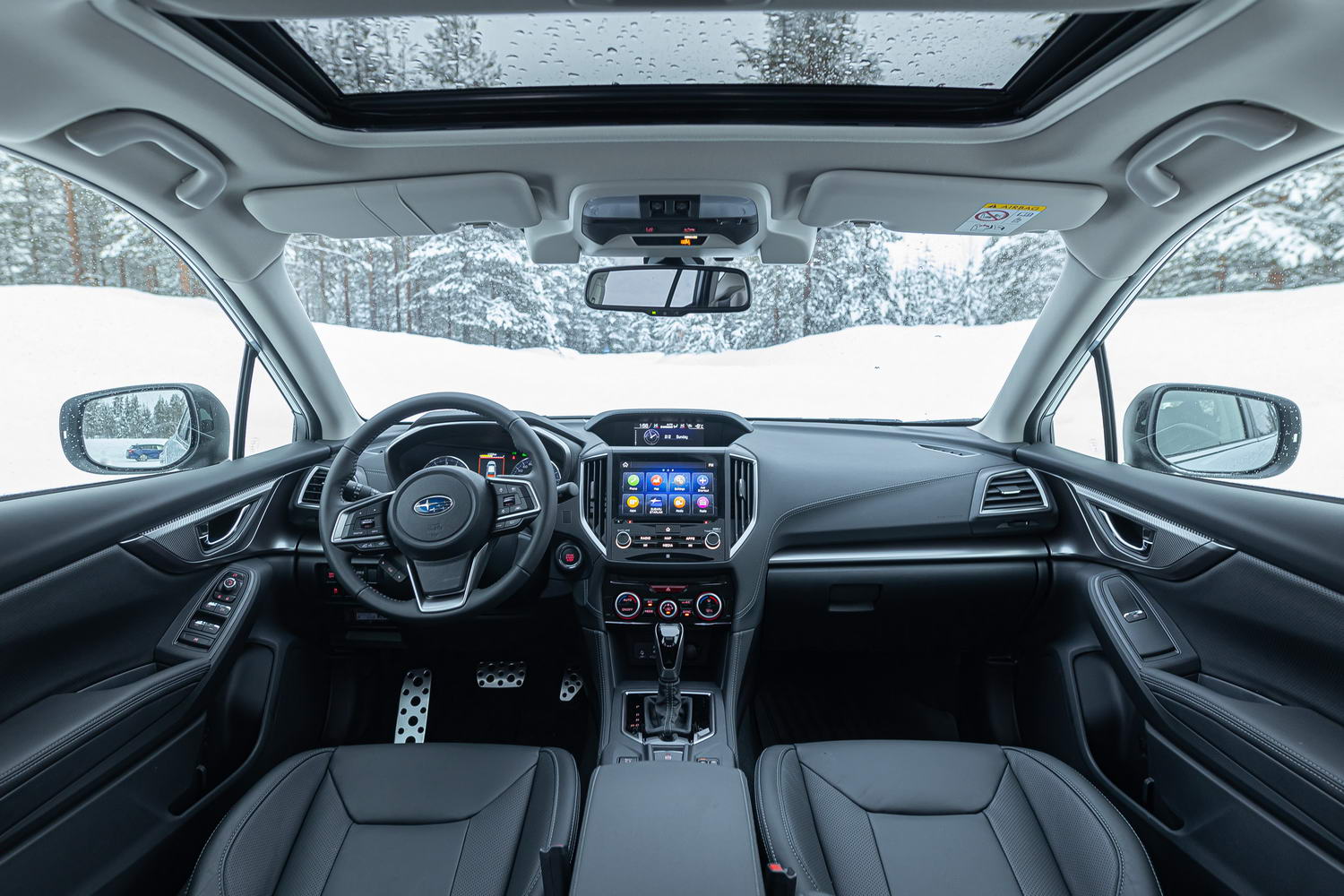 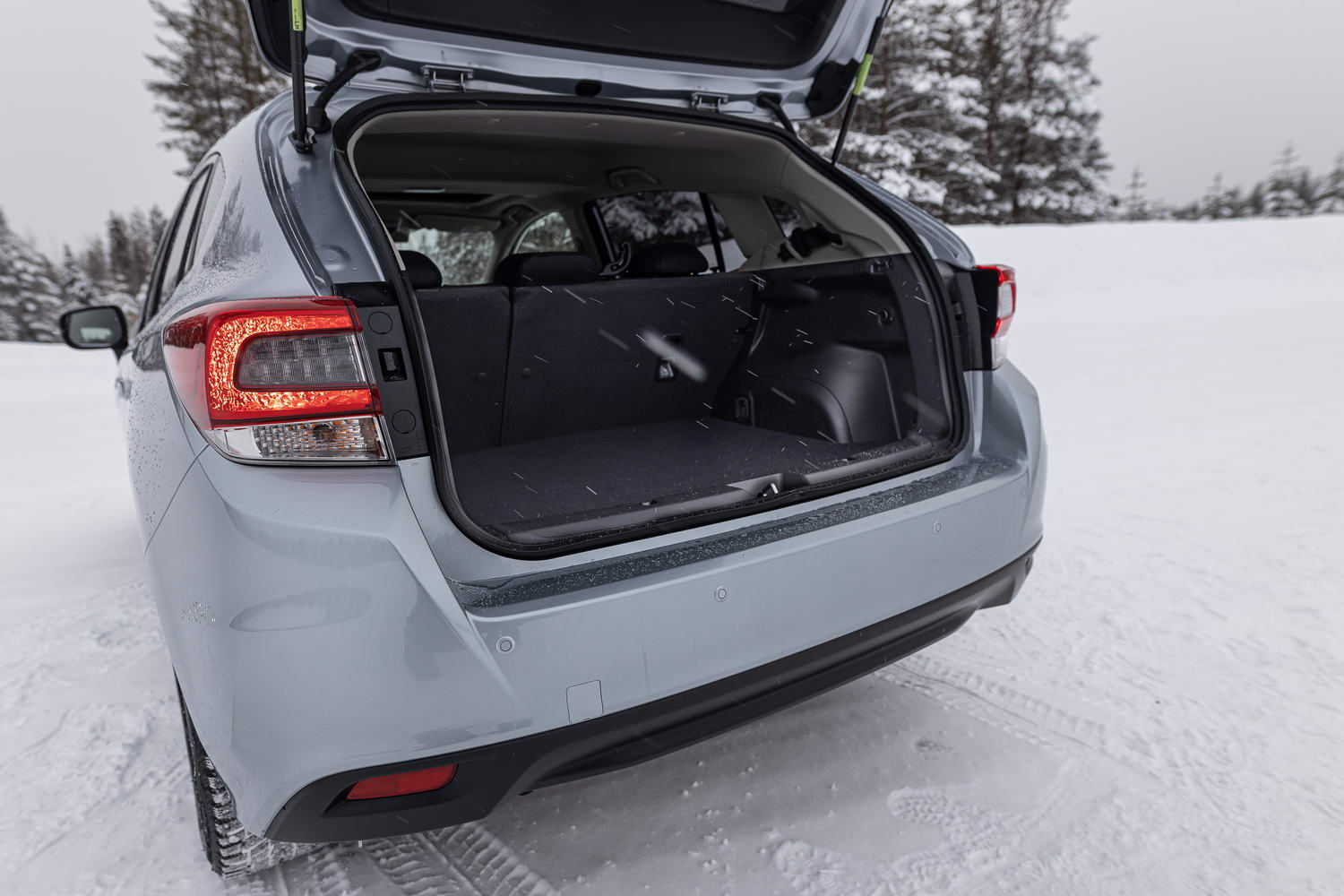 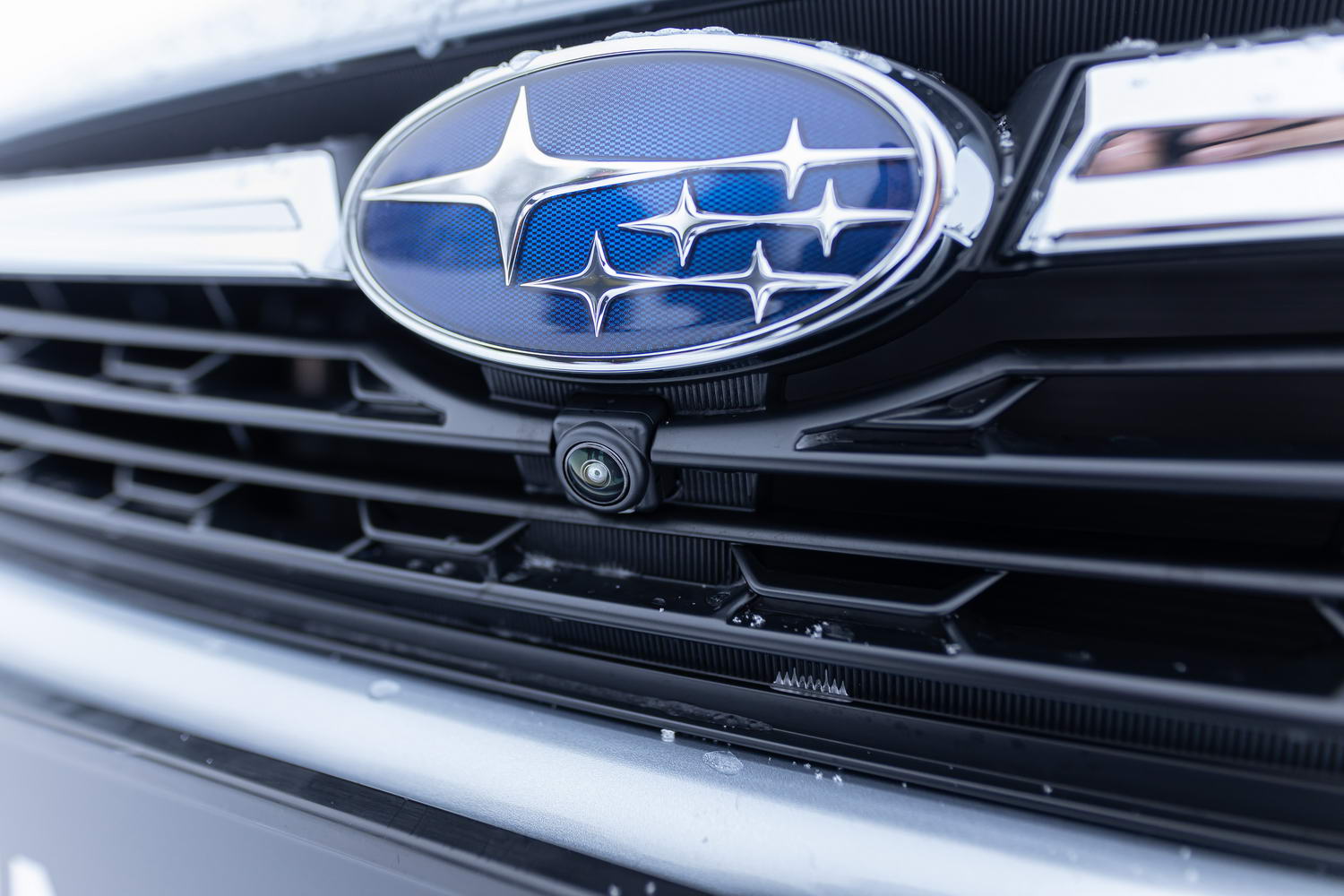 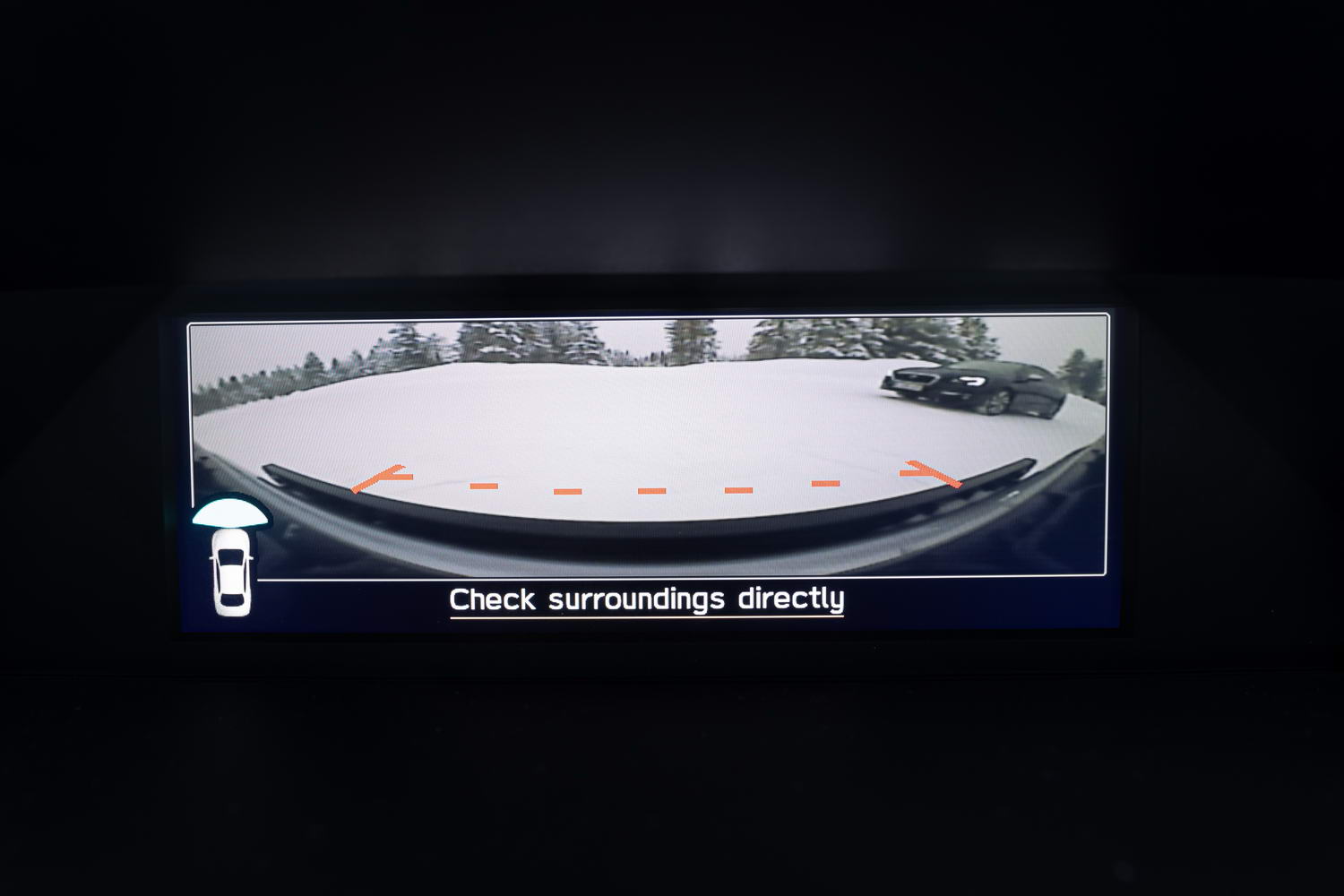 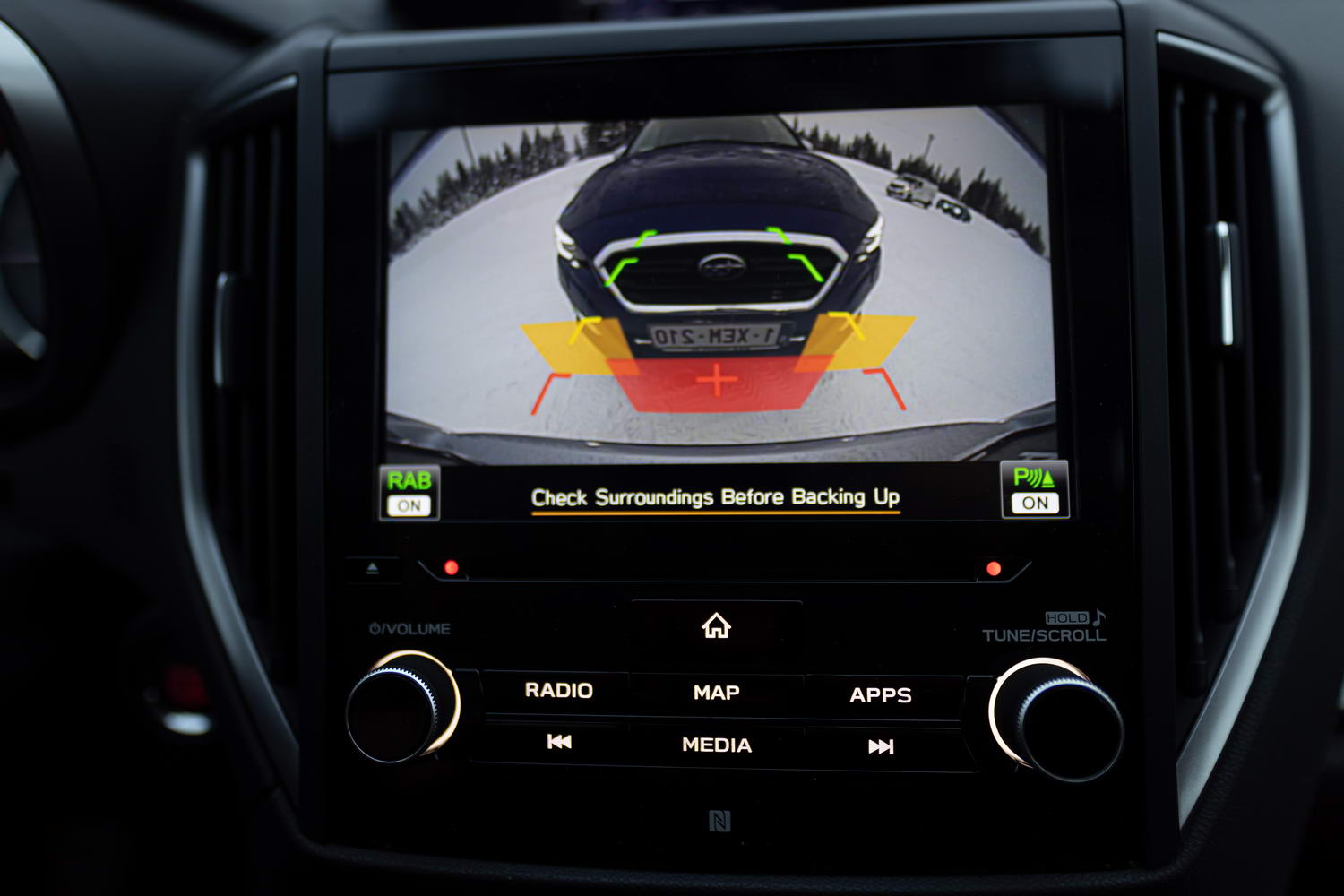 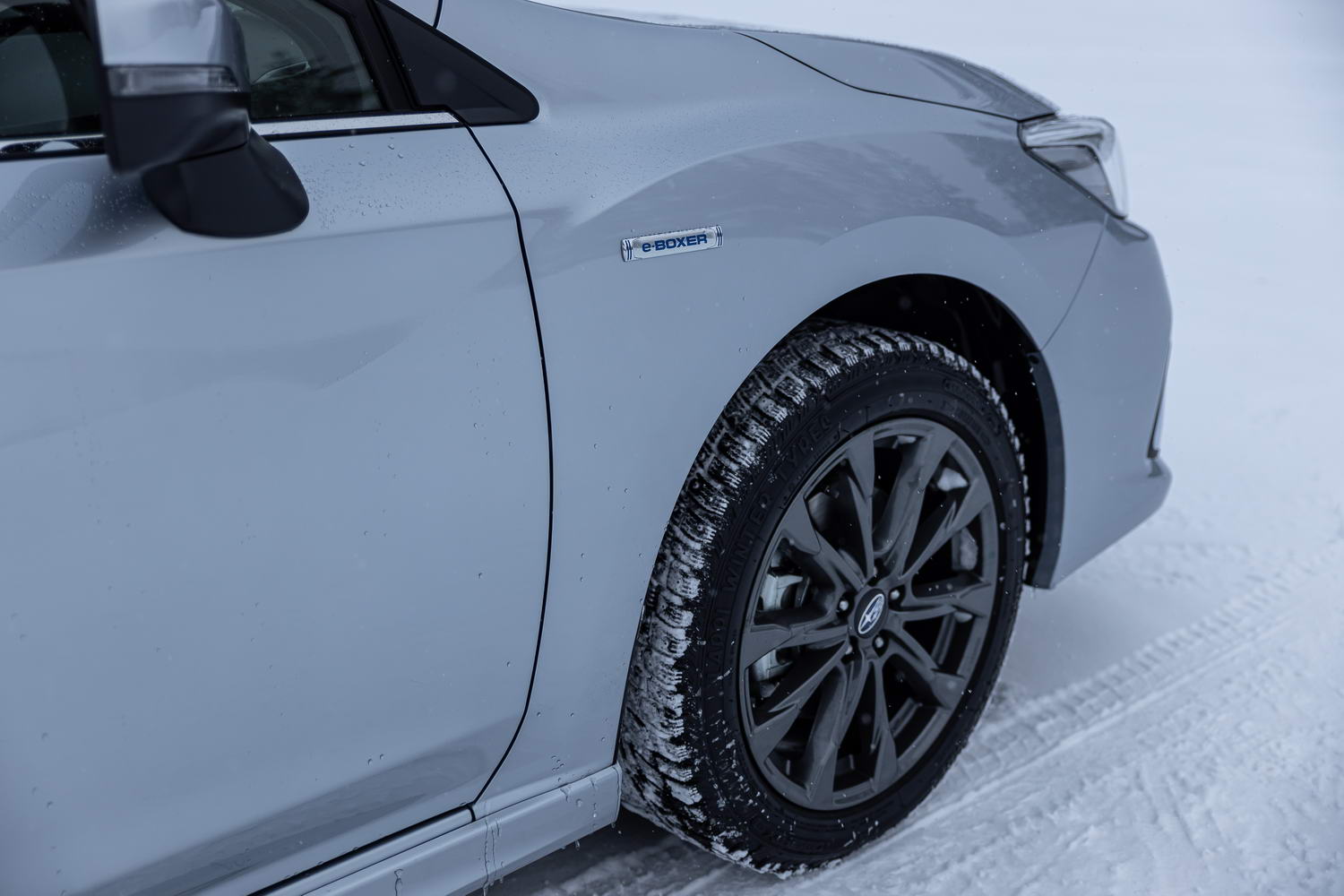 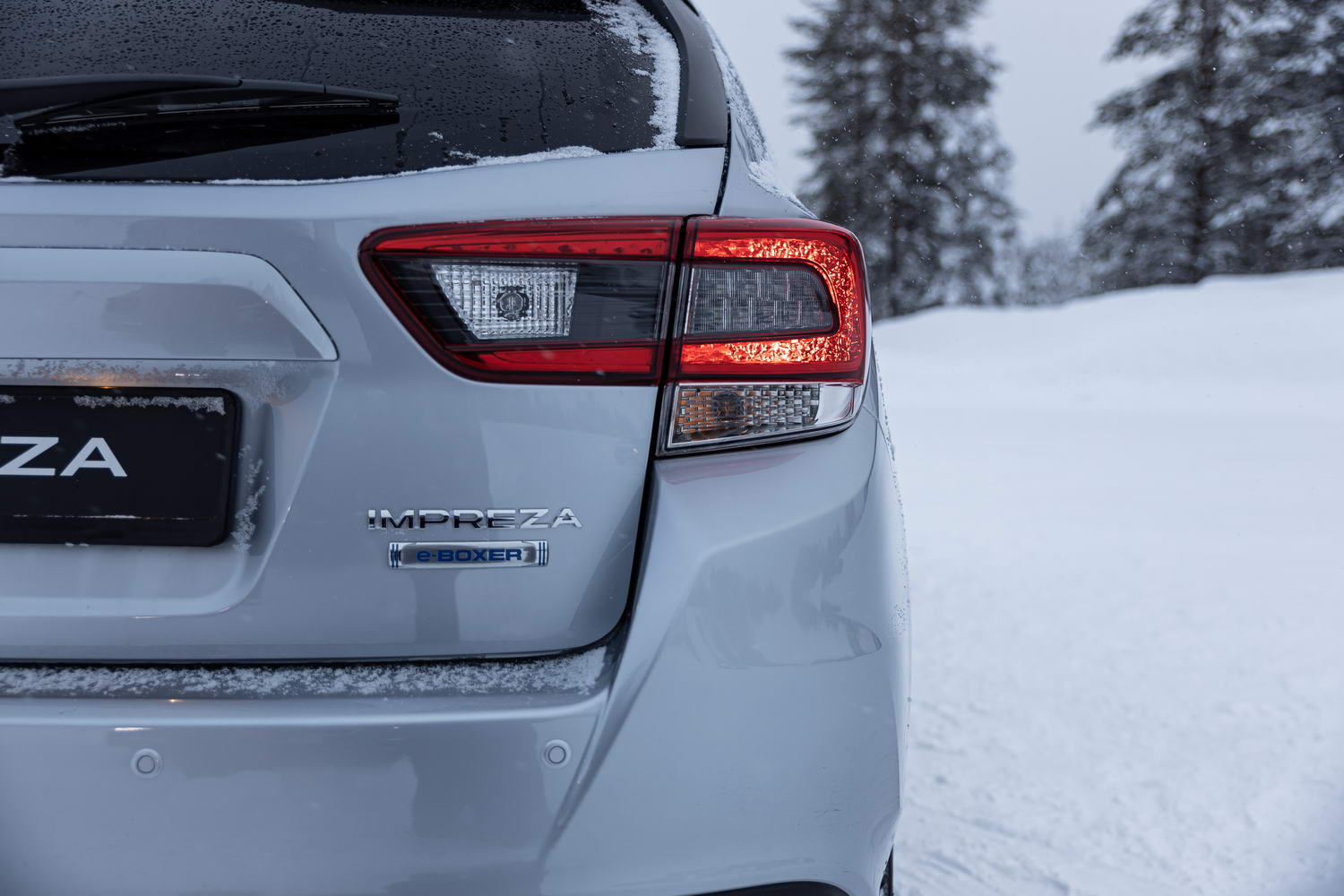 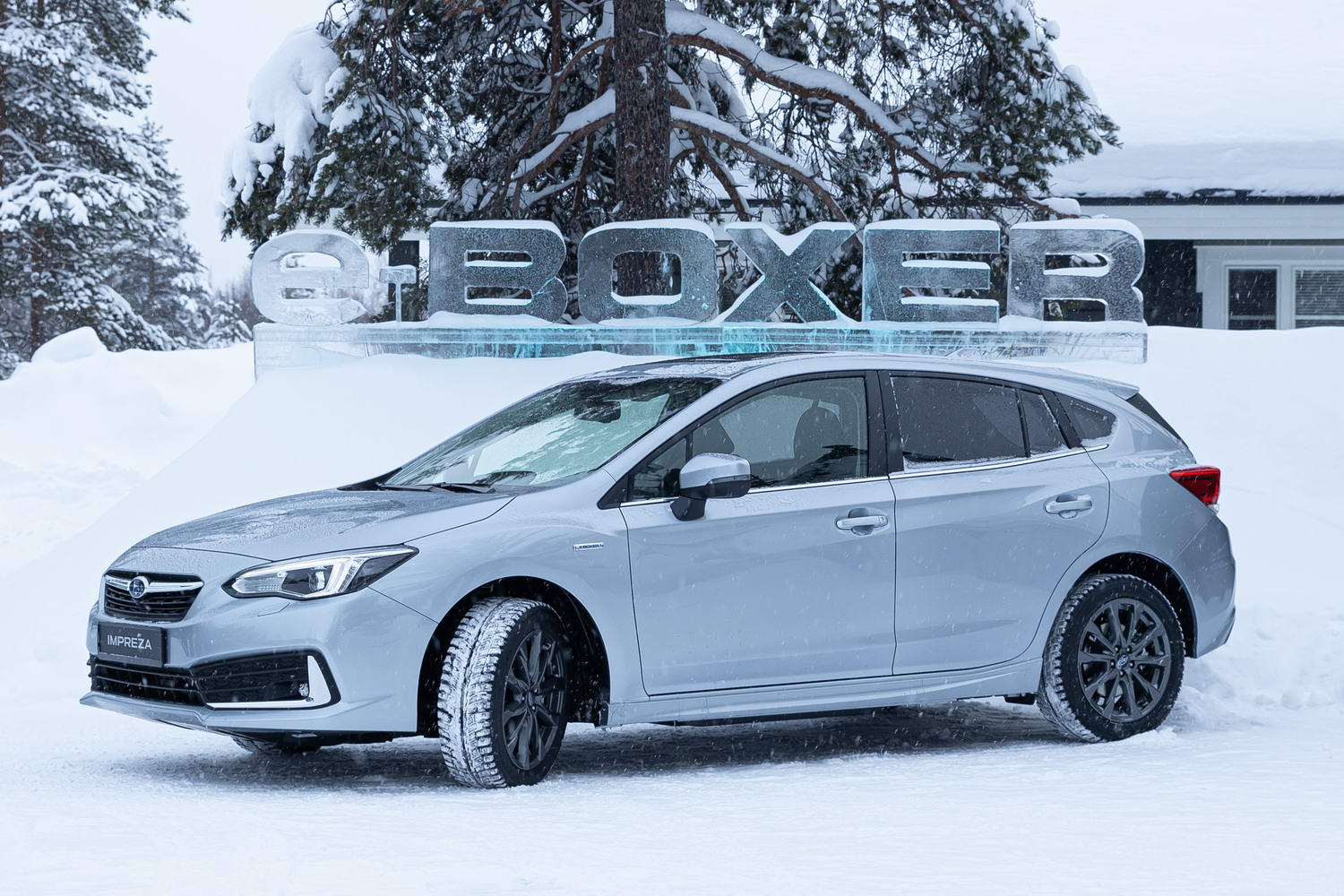 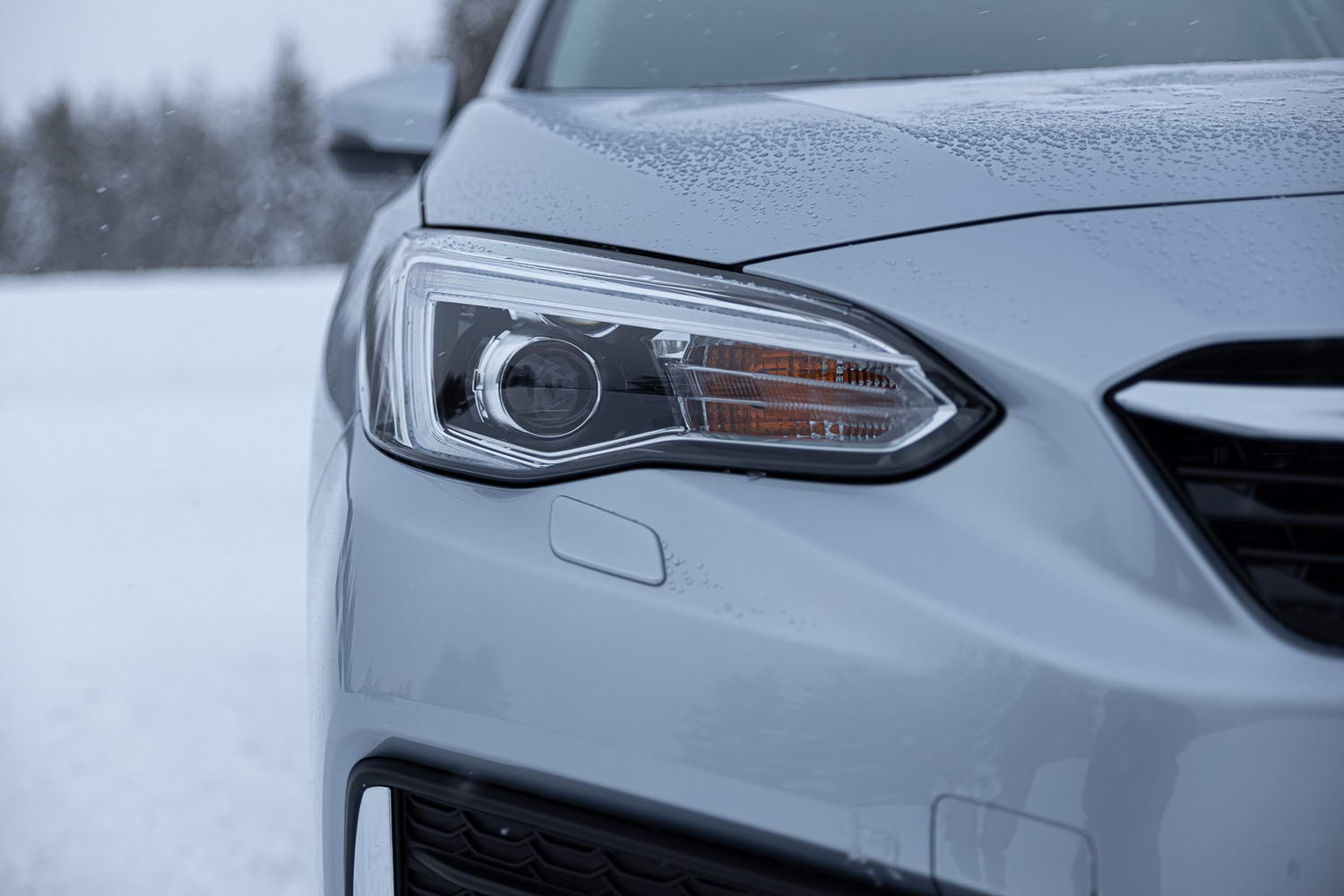 Normally, new cars are launched on glitzy motor show stages, or at carefully choreographed events taking place in huge convention centres, or maybe the odd stately home. Not so for Subaru. Its new Impreza e-Boxer hybrid is, arguably, one of its most important new cars in several years, certainly of this year, and yet its reveal took place in entirely prosaic circumstances.

Not for Subaru the glamour of a major motor show, and there were certainly no scantily-clad models - the temperature of the snow-covered forest, near Rovaniemi in Finland, would have triggered multiple cases of hypothermia in that case.

No, the Impreza hybrid was simply standing on ground covered in packed snow, in a small courtyard amid the trees that surround a series of Arctic test tracks and off-road courses. The cover was, equally simply, removed, and there it was. A shiny new car, and not an ounce of glamour about the event.

To be honest, that's a very Subaru way of doing things, and as is so often the case concerning the Japanese car maker, it felt rather refreshing and free of fuss. As anyone who's owned or driven a previous Subaru will know, they are usually free of the notions of some other car makers, but they work; they feel good (often great) to drive; and their owners love them. Who, then, are we to argue with the venue and nature of this reveal?

Given the fact that Subaru is part-owned by Toyota these days, you'll be expecting this to be a plug-and-play version of a Toyota hybrid. But it's not, and indeed Subaru people are insistent that the company is not now and never will be a subsidiary of Toyota. Toyota owns a percentage of Subaru, and Subaru owns a percentage of Toyota. The two companies work together, but they are independent of one another.

Of course, given the connection, it would have been daft of Subaru not to lean on Toyota for its hybrid expertise and you can see the connections in the specification. As with a Toyota hybrid system, the Impreza e-Boxer combines petrol engine and electric motor, driving through a CVT automatic transmission, with a compact stack of batteries under the boot floor.

There, the similarities disappear. Subaru, of course, uses its own engine - a 2.0-litre, direct injection flat-four 'Boxer' petrol unit, which has an obvious lineage with the company's older units, but which is said to be 80 per cent new in this configuration. The permanent four-wheel drive is also purely mechanical (Toyota, by contrast, places an electric motor directly on the rear axle of hybrid models if it wants to offer a four-wheel-drive version. Subaru is, again, dogged on this point - it says it "doesn't believe in on-demand four-wheel-drive systems." Such doggedness once again makes the Impreza almost uniquely rugged amongst hatchbacks, and the system has standard torque-vectoring, so that it can actively send power to an individual wheel when needed, rather than simply braking a spinning wheel.

Added to the engine is a 12kW electric motor, fed by a compact lithium-ion battery pack under the boot floor. The total power output is 150hp, and the engine makes 194Nm by itself. Subaru has not yet given us a system torque figure. Nor, indeed, has it given us a fuel economy or CO2 figure. The WLTP figure for the same powertrain in the slightly heavier Subaru XV crossover should give us a clue - it records 7.9 litres per 100km and 180g/km of CO2. Thankfully, for now, the XV, its Forester cousin and the Impreza will be taxed on the older, NEDC2 figure. For the XV that's 149g/km, and it wouldn't be unreasonable to expect the Impreza to dip down to around 140g/km and a Band B2 tax cost of €280. Subaru claims that it's ten per cent more fuel efficient than the standard car.

The hybrid gets some subtle styling tweaks compared to the regular hatch - new lights and bumpers front and rear, and some tasty new ten-spoke alloy wheels. It also comes, as standard, with Subaru's binocular-vision 'EyeSight' camera system, which looks after emergency automated braking (which now also works in reverse), lane-keeping steering and adaptive cruise control. It also, noticeably, failed to be foxed by Finnish conditions, which is a rarity for such camera-based systems. The Impreza is also hugely safe, and has been awarded the highest score ever in the Japanese NCAP crash tests.

We can't tell you yet what the Impreza hybrid is like to drive. The cars that Subaru had brought along to its 'Snow Days 2020' event in Finland were pre-production models and off-limits to nosey journalists. There was the option of a passenger ride, though, and while these things are usually less than thoroughly informative, we did leap at the chance - not least because our assigned driver was Finnish rally star, and nowadays rally driver trainer, Jarkko Miettinen. This was not going to be some careful amble around the block...

Indeed, Subaru has carved out a long, sinuous route between the trees and the snowbanks, and Jarkko got stuck in as only a Finnish rally driver with studded tyres and four-wheel drive can - at maximum attack levels.

There definitely seems to be much better thrust in the Impreza hybrid than in the disappointing petrol-only 1.6-litre version that we've previously tested. The 'Lineartronic' CVT transmission comes with paddle shifts in this hybrid, and Jarkko made full use of them, wringing every last drop of performance from the screaming flat-four. It doesn't quite feel hot-hatch quick, but on packed snow and driving through studded tyres, it sure as heck felt fast enough.

Of course Jarkko was not taking a classical cornering line. Instead, he was tucking the nose tight into every apex and then, using a combination of left-foot braking and judicious flattening of the throttle, was carving broad arcs through the snow with the rear tyres' studs. The effect was as balletic as it was ballistic, and proved - as much as can be felt from the wrong side of the car - that Subaru has certainly not forgotten how to tune a chassis and steering to an enthusiast's desires.

The Impreza hybrid won't arrive in Ireland until April, and Subaru Ireland isn't talking about prices for it as yet (although it's almost certainly going to be more than the €25,995 asked for the 1.6 Impreza). One has apparently already been sold, sight-unseen, proving once again that Subaru's loyal customer base is prepared to take as read that the car will be to their taste. It'll be a critical car in Subaru's moves to lower-carbon motoring, and the third hybrid model - alongside the XV and Forester - that the brand will launch in the space of 12 months. A fully-electric crossover is also being developed, in co-operation with Toyota.

Subaru's rallying days are now, sadly, long since behind it, but carving those curves around a forest stage in snowy Finland, you can still feel that past - that wonderful, exciting, past - reaching out to touch the future.