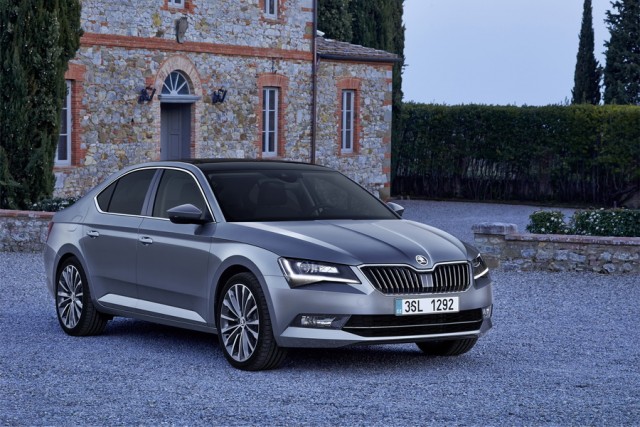 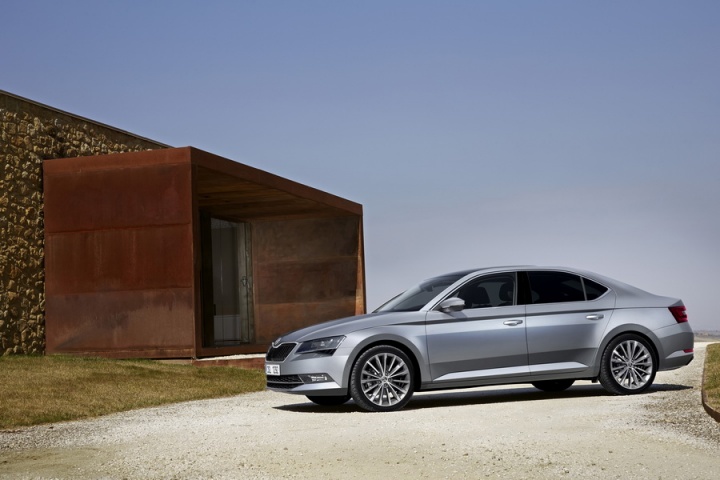 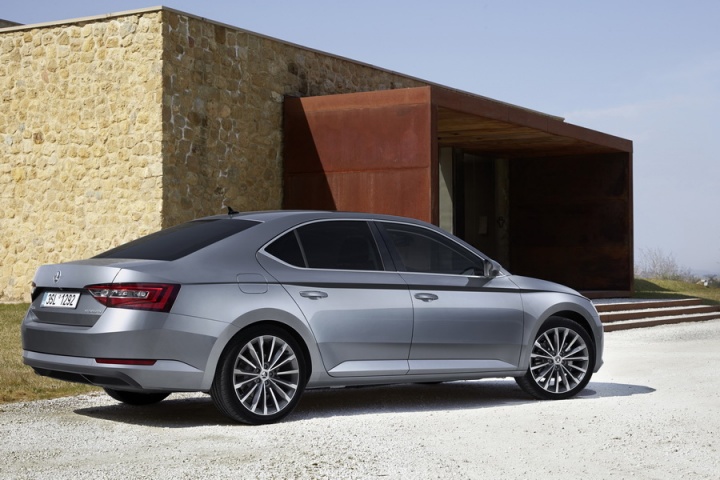 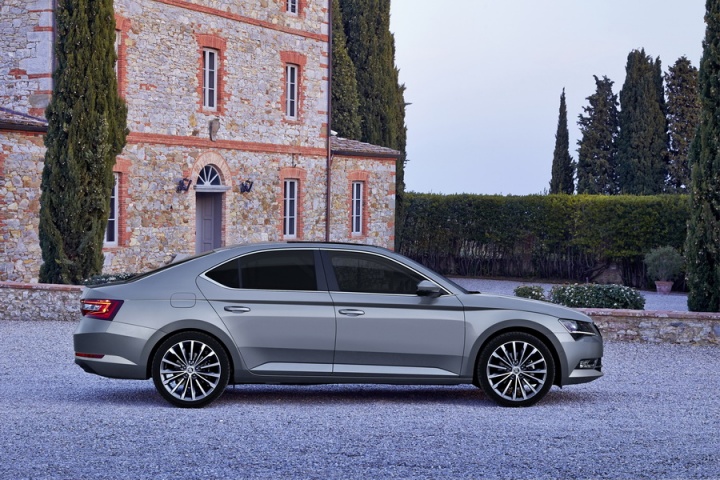 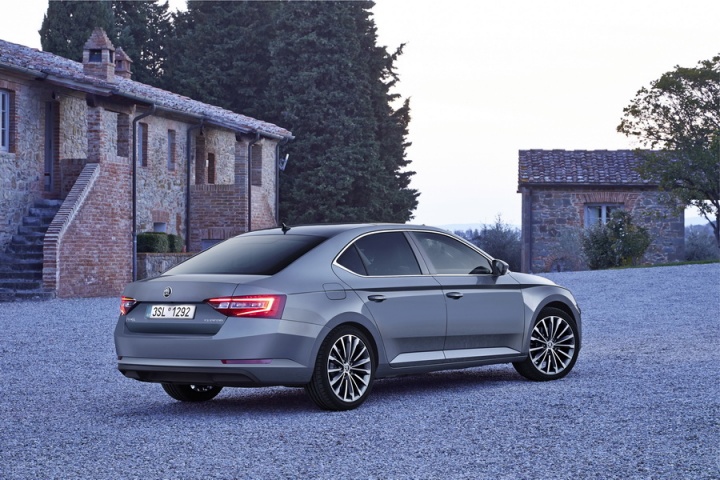 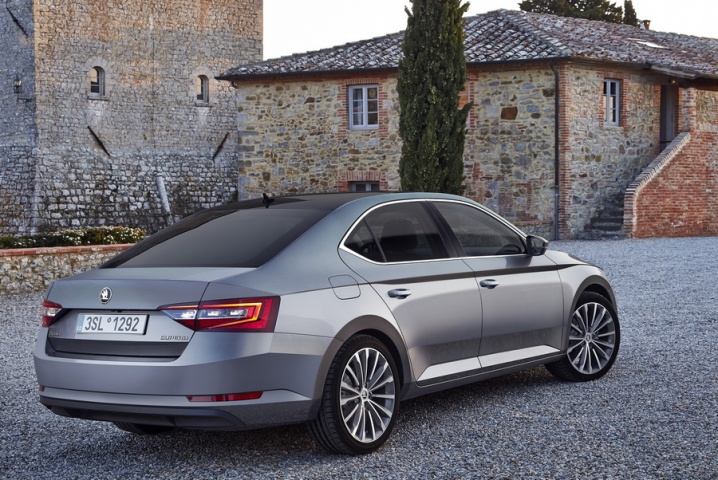 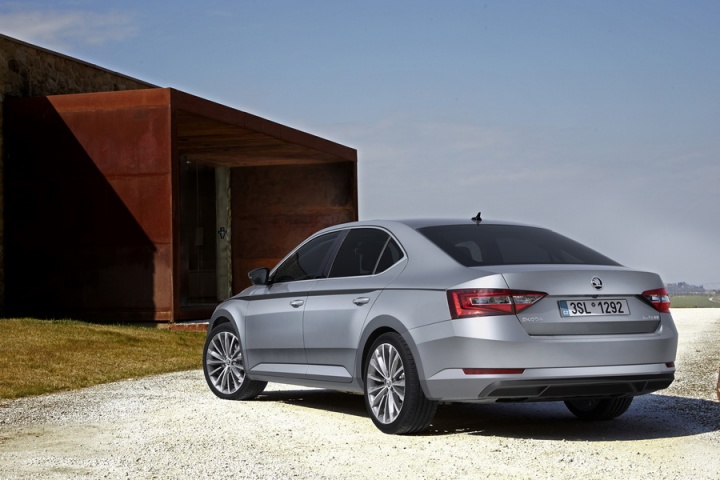 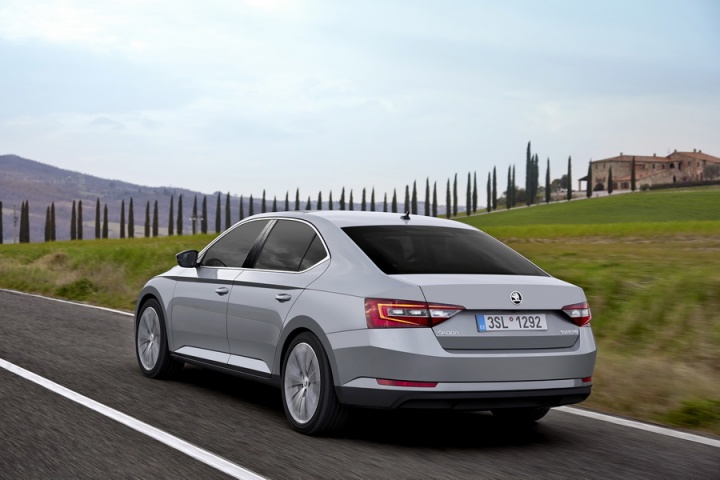 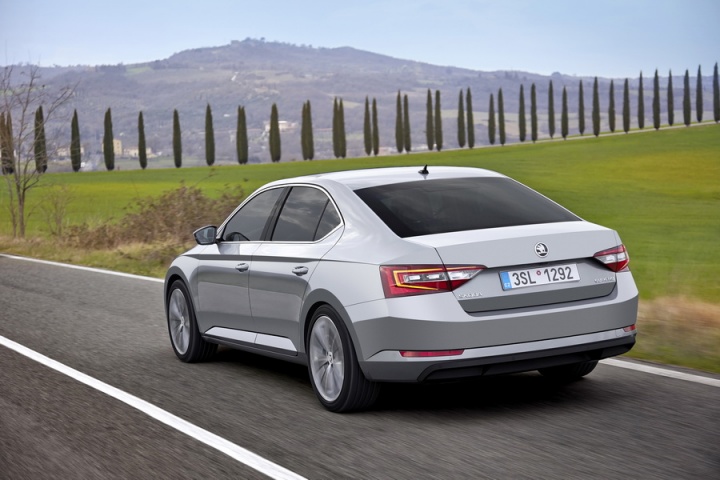 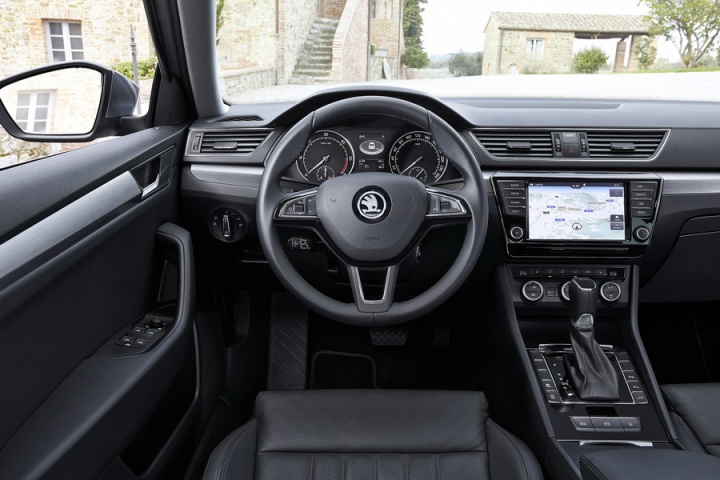 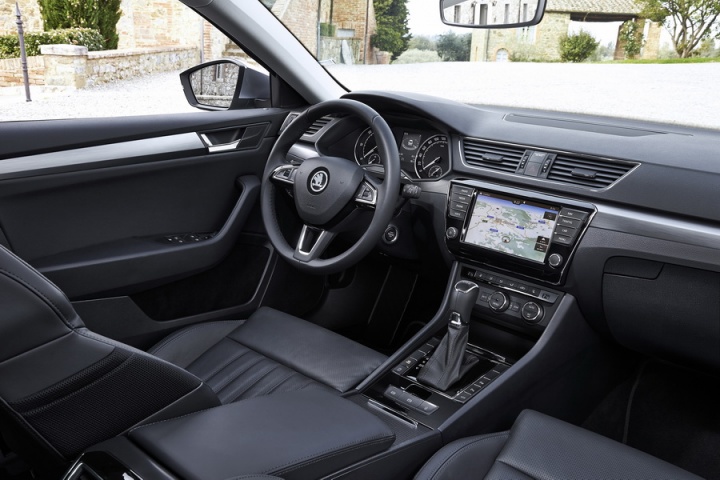 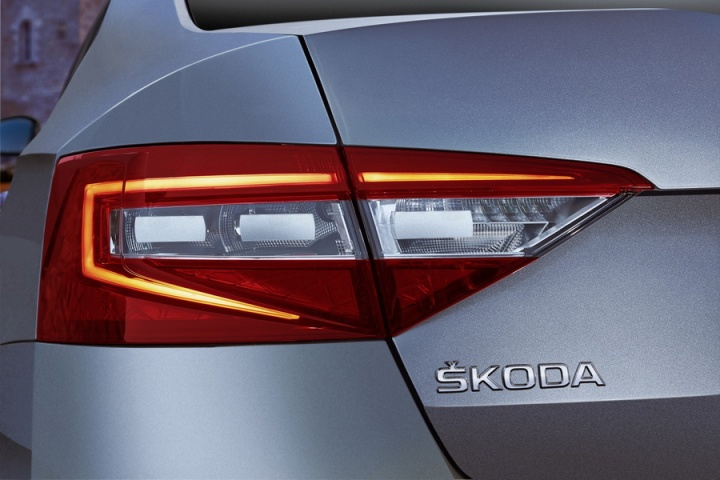 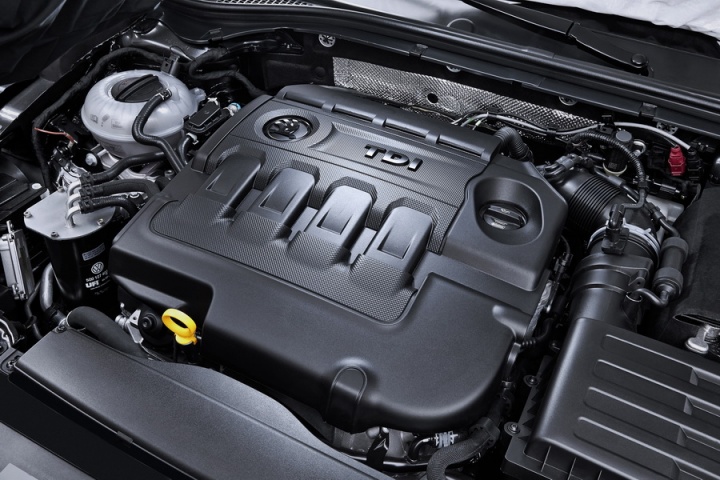 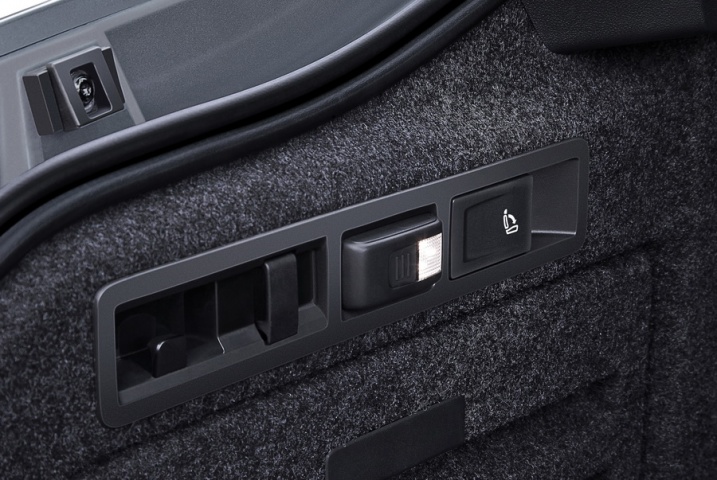 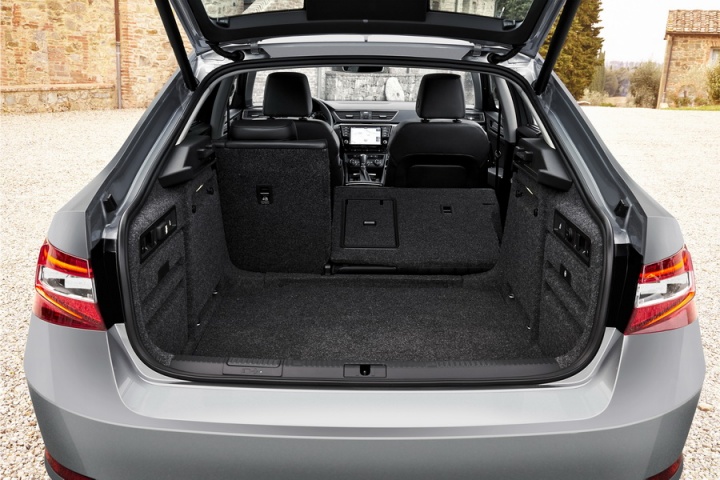 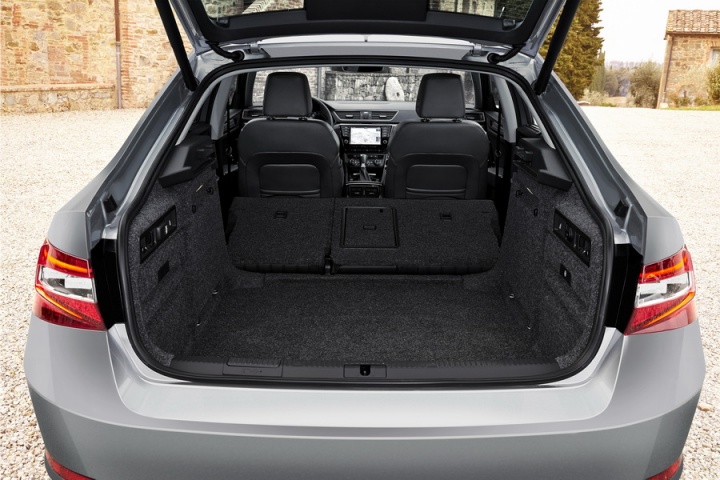 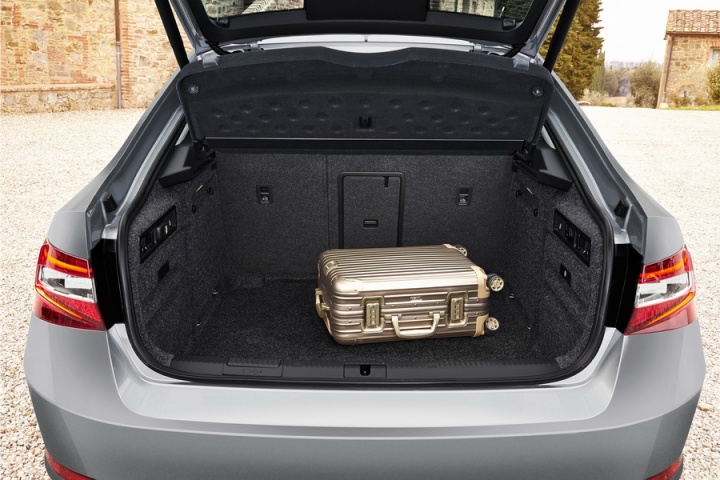 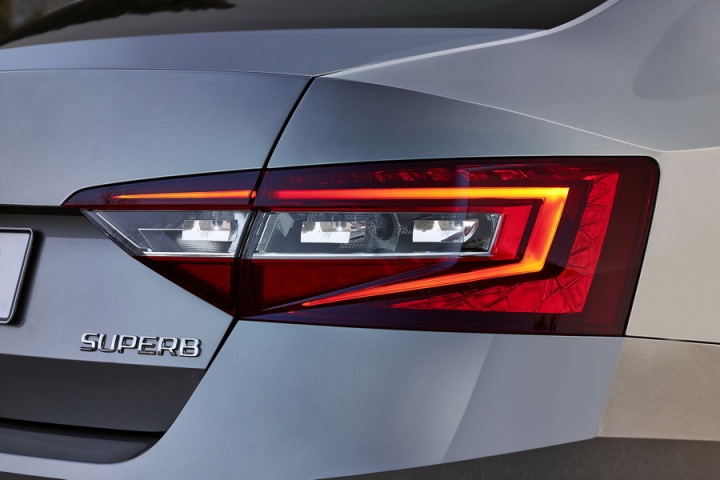 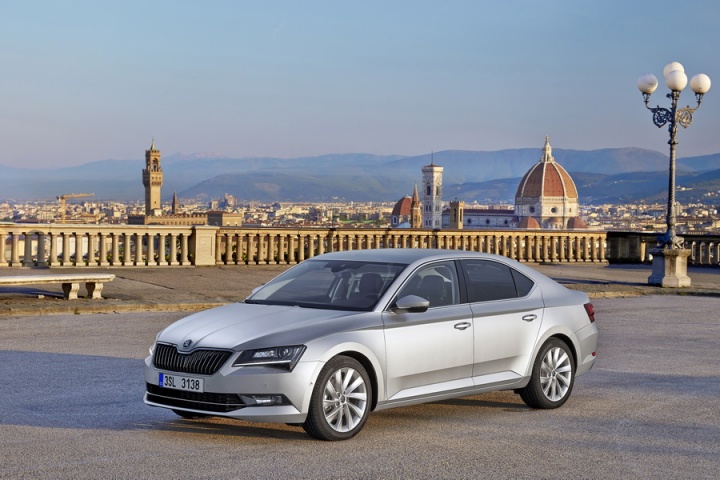 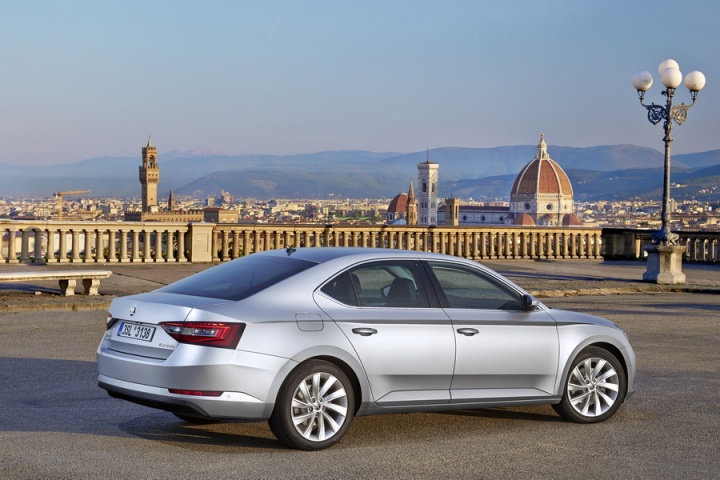 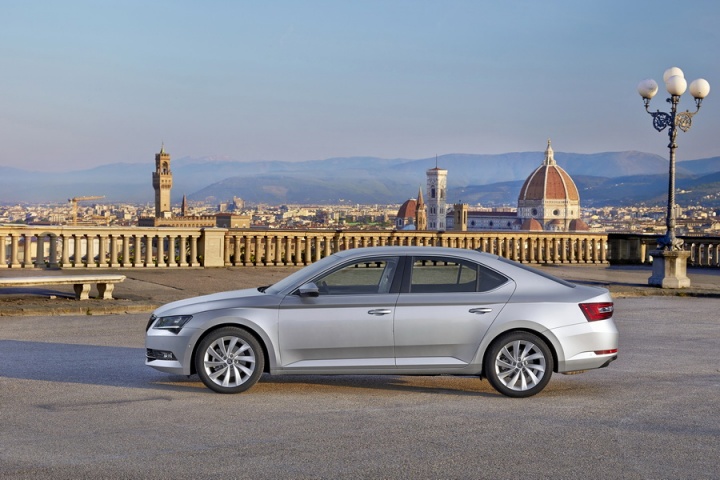 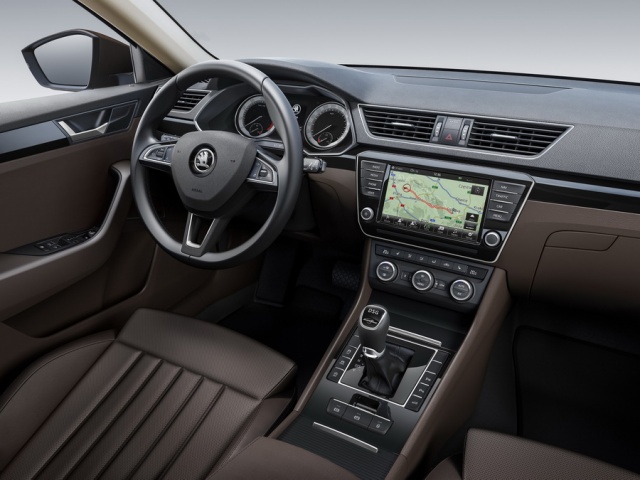 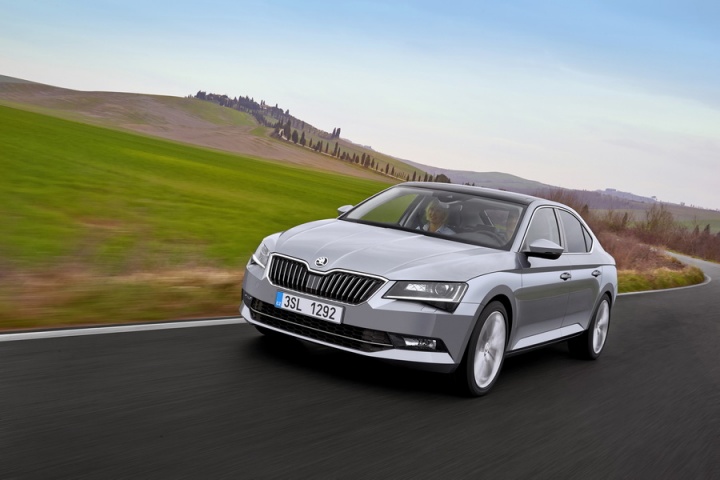 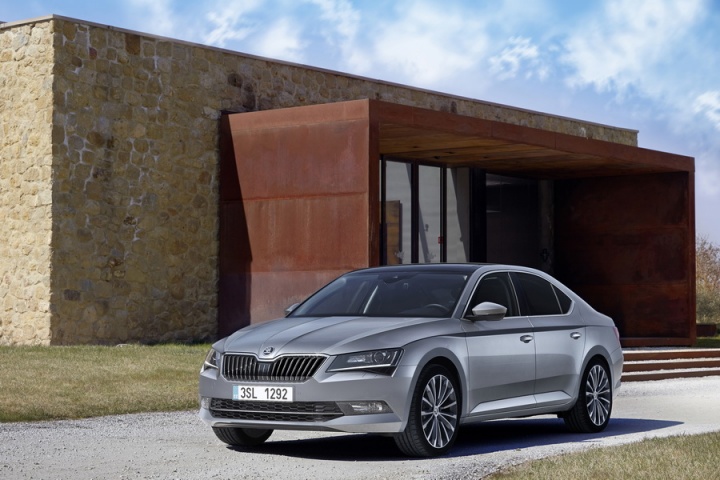 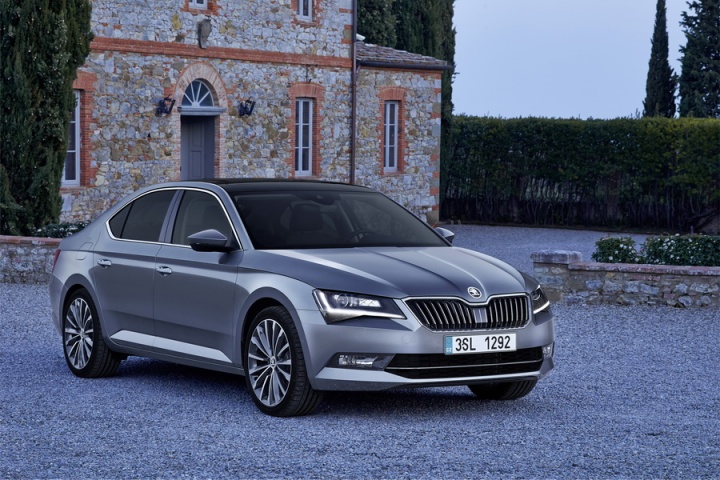 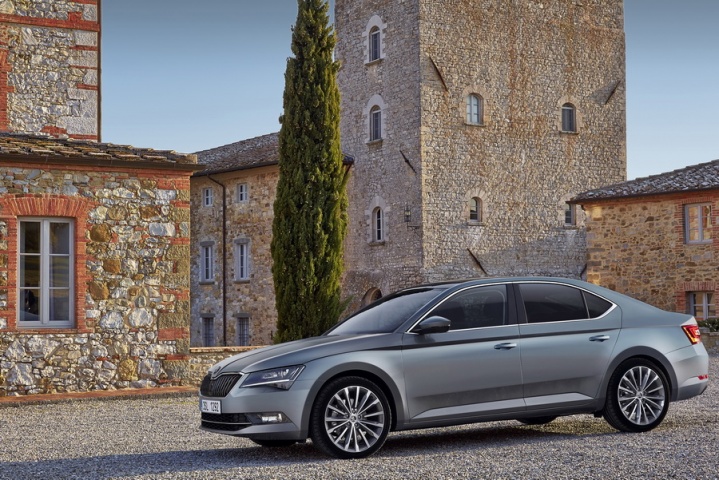 In its new Superb, Skoda has taken its brand one notch further up the premium ladder. Stylistically and - more importantly - dynamically, the Superb will reward its existing customers and is very likely to win over many more. Here we review the entry-level 1.6 TDI model.

The new Skoda Superb doesn't merely improve on its predecessor; it blows it clean out of the water. Its sharp new image comes from the pen of Jozef Kabaň, the man responsible for cars like the Volkswagen Lupo, Bugatti Veyron and, more recently, the Skoda Octavia. And with time spent in Audi as Chief of Exterior Design it's no surprise that the current crop of Skoda cars look somewhat more upmarket than before.

There simply isn't a bad angle on the new Superb, which features far more design flourishes than its predecessor. It starts at the clamshell bonnet that caps a bold grille, itself braced by premium-looking bi-Xenon headlights on cars from the Ambition grade upwards. Along its flanks run crisp character lines that flow neatly into the rear light clusters. The back of the car consists of a noticeably more cohesive design too, losing the bulky tail end of the last model. This is partly down to the move from the split tailgate to a more conventional hatchback layout for the boot.

Inside, the Superb is a clean affair with a pretty minimalist design across the dashboard and into the doors. This adds to the spacious feeling that is every bit as evident in the front seats as it is from the limousine-like rear. From mid-level Ambition grade up there are heated front seats and the useful Bolero touchscreen infotainment system that now includes MirrorLink, Smart Link and Apple Car Play as means of connecting your smartphone. In keeping with Skoda's 'Simply Clever' ethos there are also mesh pockets on the sides of the front seats, a storage box under the front seat and a full-size umbrella stowed in each of the front doors.

Skoda is offering no less than nine different engine and drivetrain variants in the new Superb, but this 120hp 1.6-litre TDI engine with six-speed manual gearbox is what is expected to account for more than half of all sales in Ireland. Previously there was a noticeable enough gap in performance between this and the 2.0-litre TDI engine, but not anymore. In urban driving, aside from a slight torque deficit, there is in fact little else to separate this new 1.6-litre TDI engine from its bigger brother. It pulls well and its six-speed manual transmission feels precise with a reasonably short throw across the gearbox. The new diesel engine also benefits from improvements in fuel economy and emissions to the tune of 13- and 14 per cent respectively.

Even on choppy roads the Superb rides well, and that's before you start fiddling with the car's Dynamic Chassis Control settings (where fitted). The wheelbase has grown by 80mm and contributes to the car feeling even more stable in the bends. Generally there's a small degree of body roll in faster corners, which becomes more pronounced when you add more speed into the equation, but understeer creeps in before things get too out of hand. Few Superb drivers will ever push the car to such a degree anyway as that's not what this car is about. Its refinement, in relation to interior acoustics and on-road performance, is now amongst the very best in its class and given the Superb's keen pricing makes it quite a compelling proposition.

Skoda has always been generous with its standard equipment and it continues that in this new Superb. As usual there are three trim grades to choose from: Active, Ambition and Style. There will also be a range-topping Lauren & Klement edition offered later on.

Most buyers will find the mid-range Ambition specification the best choice as it comes equipped with a decent array of items like 16-inch alloy wheels, cruise control, the Bolero infotainment system and adaptive headlights. Pricing for this car, with the 1.6-litre TDI, starts at €30,295 so it undercuts the Volkswagen Passat. The €3,700 price walk to the higher Style specification may entice more buyers too as they gain the larger eight-inch Columbus satellite navigation system, tri-zone air conditioning, a reversing camera, full leather interior and nicer 17-inch alloy wheels. When added up it represents a pretty good deal.

The new Skoda Superb is a significant step forward for the Czech car firm. It now combines style that nobody will argue with and huge practicality from the massive boot and vast interior to clever touches that set it apart from its rivals. Crowning all of this is a competent chassis, engine and drivetrain combination.

Ford Mondeo review
Ford Mondeo vs. Skoda Superb: a long time coming, and already being surpassed by the competition, looks sharp and does handle well, however. 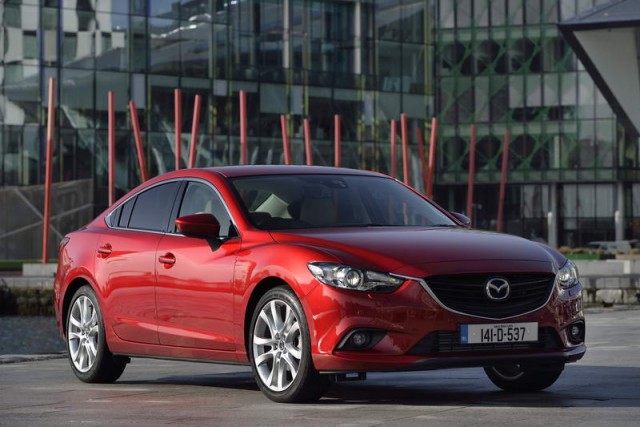 Mazda 6 review
Mazda6 vs. Skoda Superb: one of the best looking cars in the segment with great engines to match - just a touch too expensive.