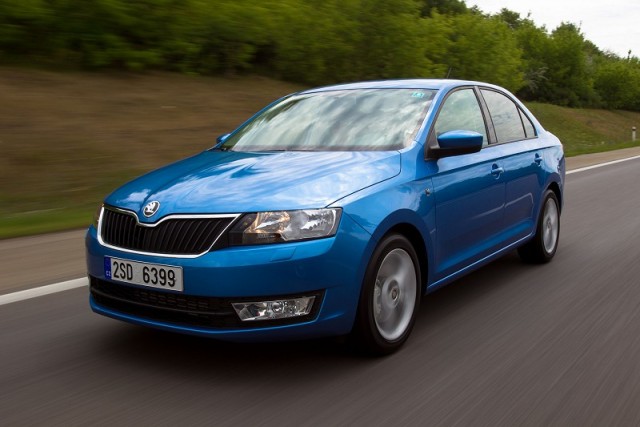 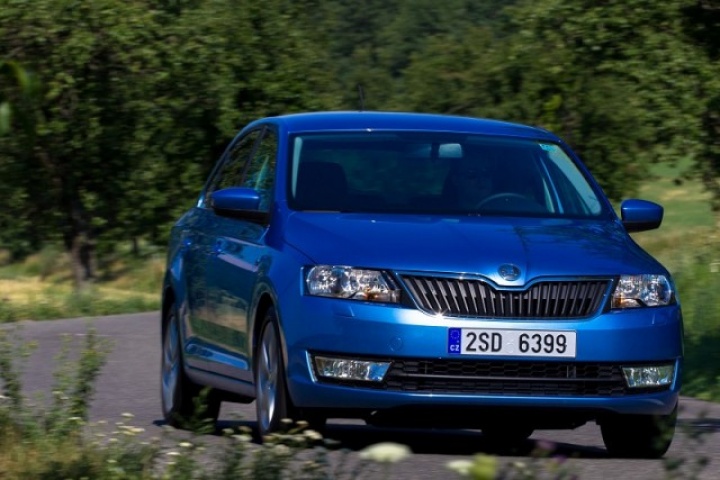 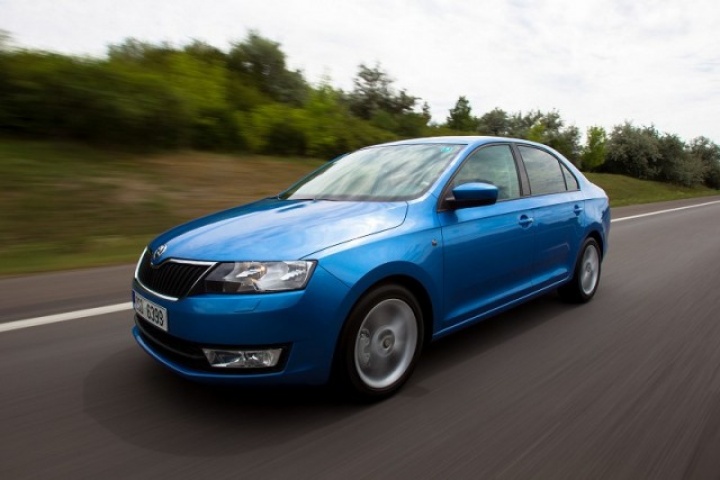 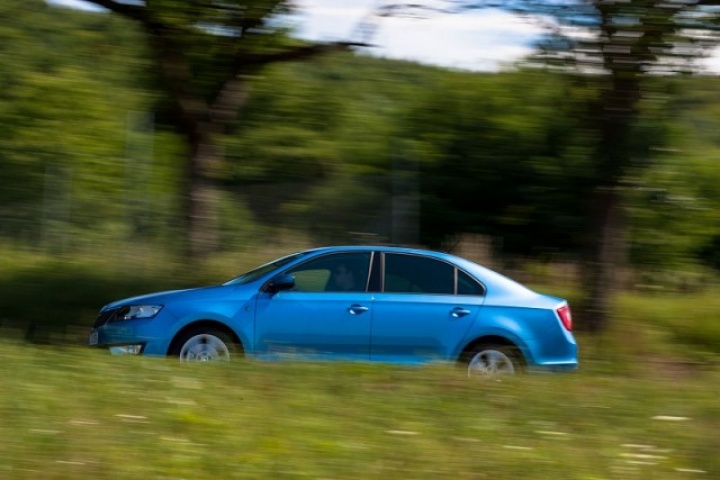 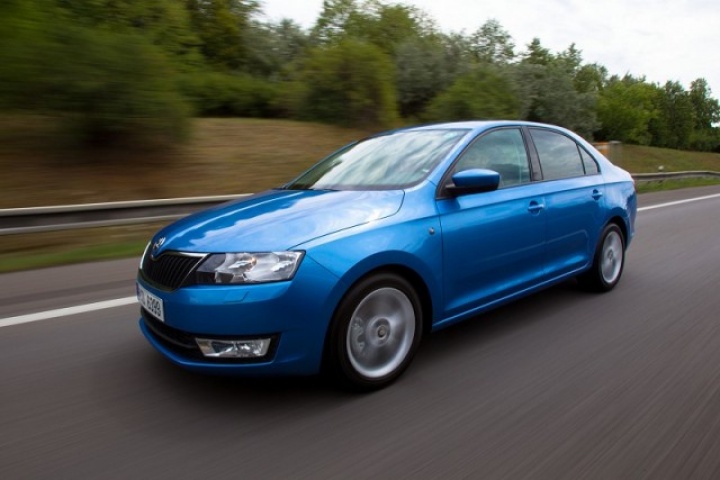 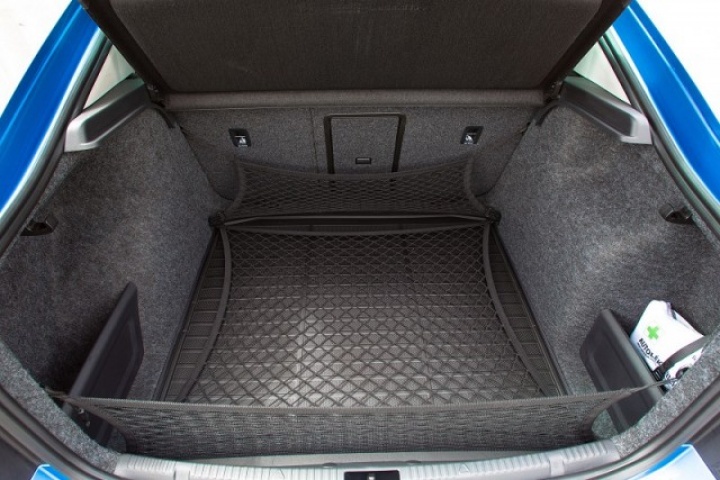 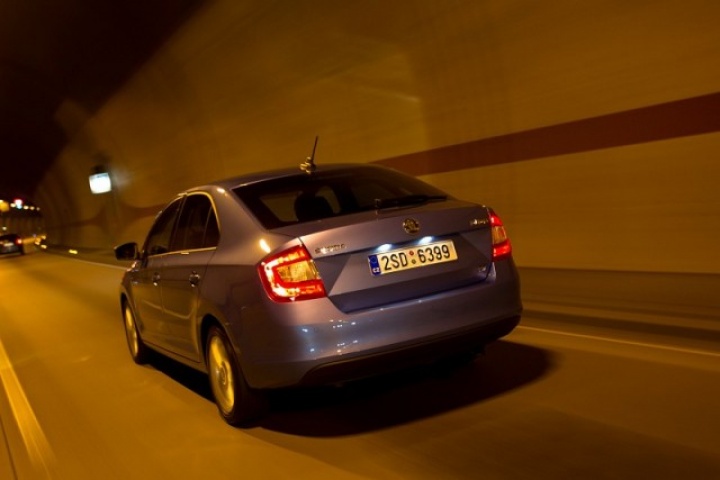 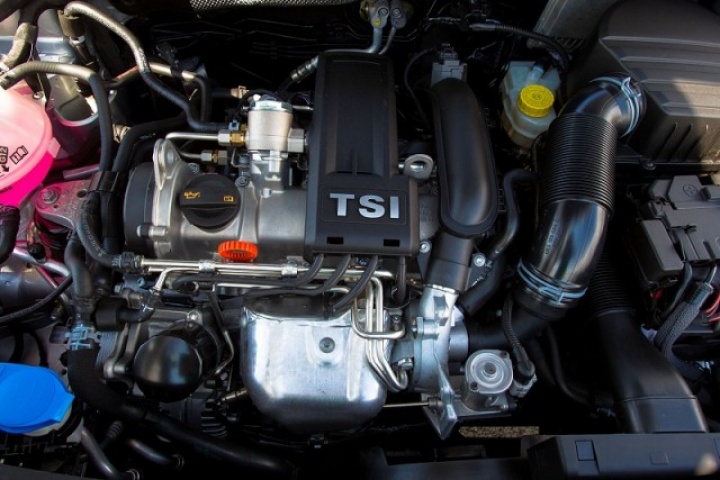 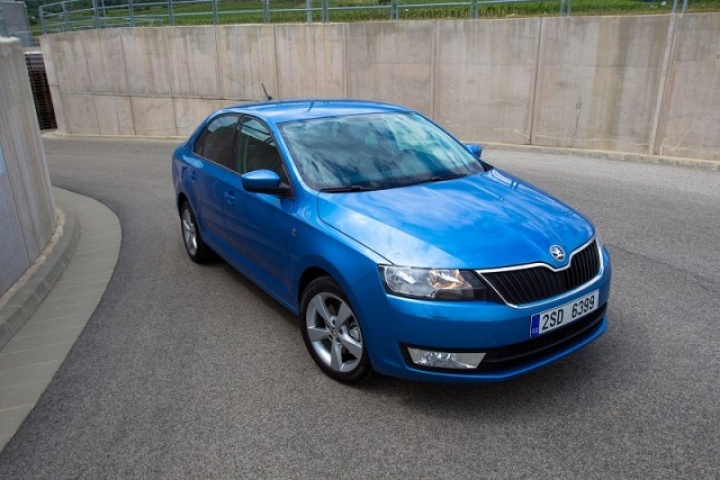 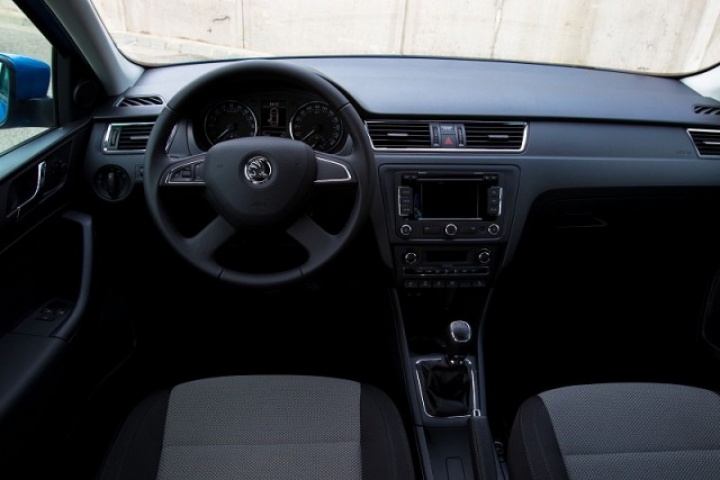 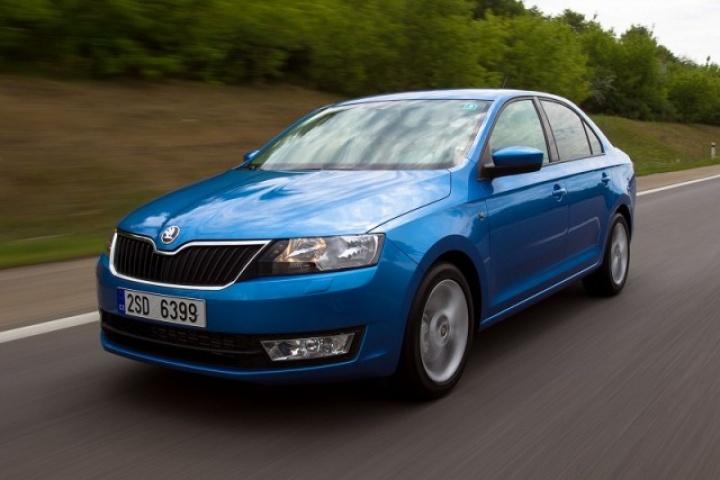 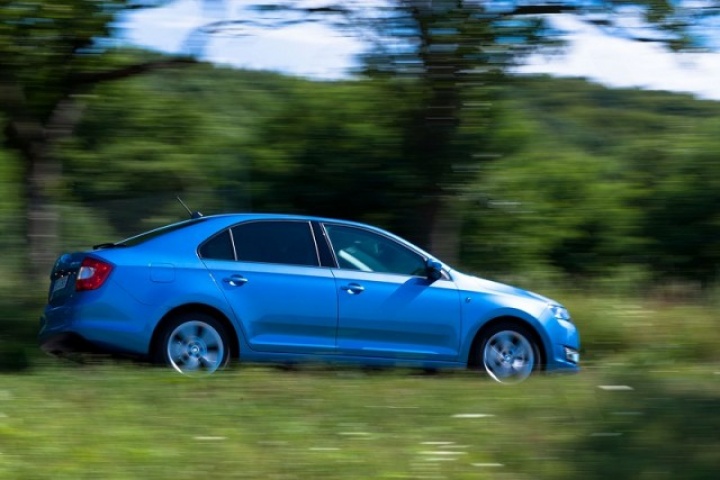 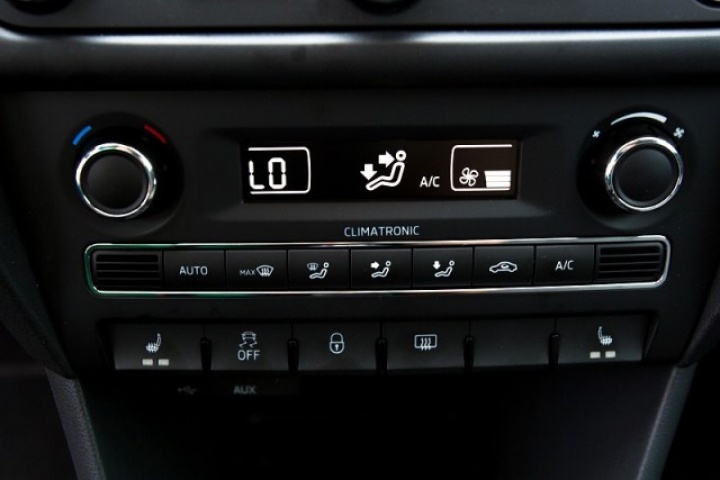 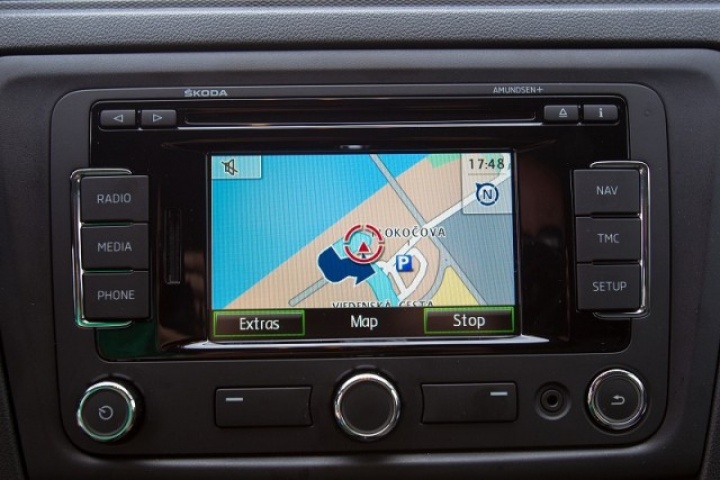 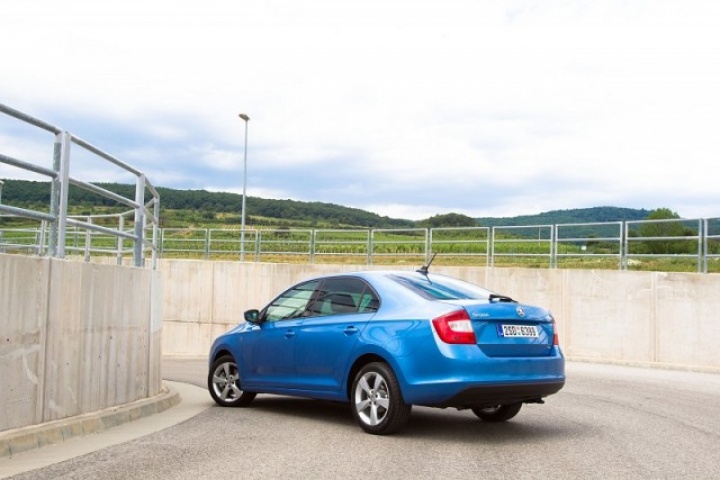 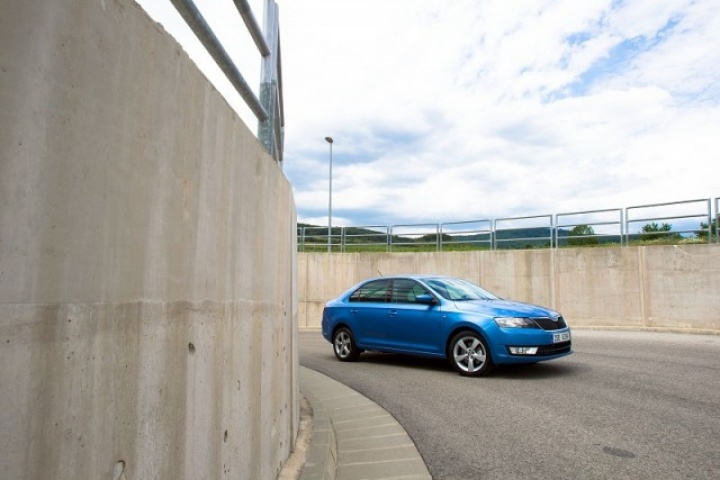 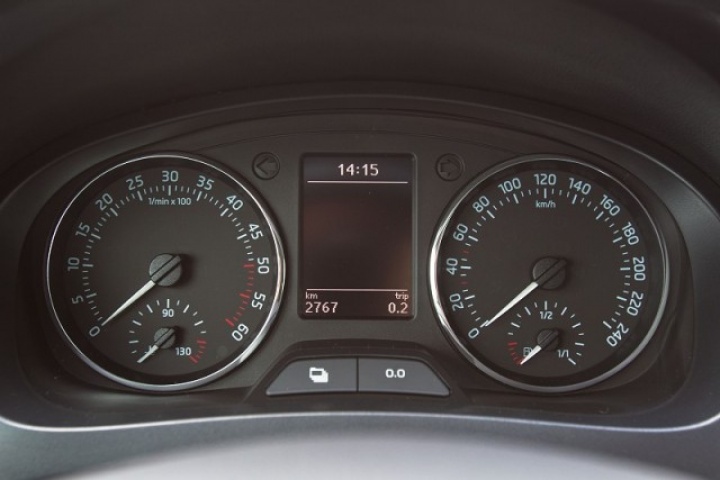 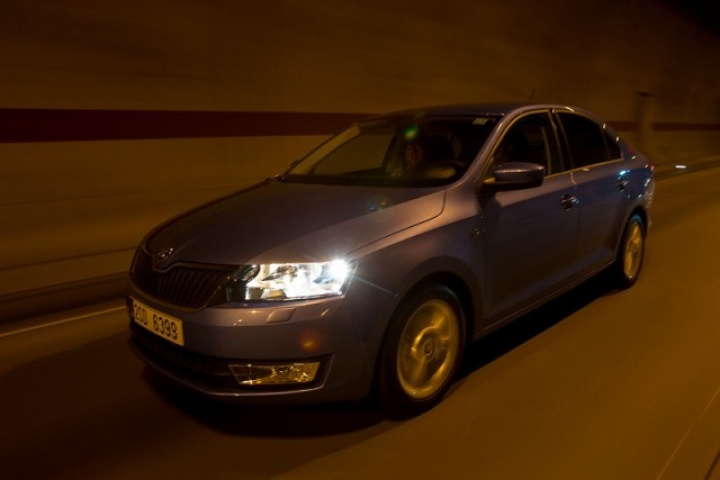 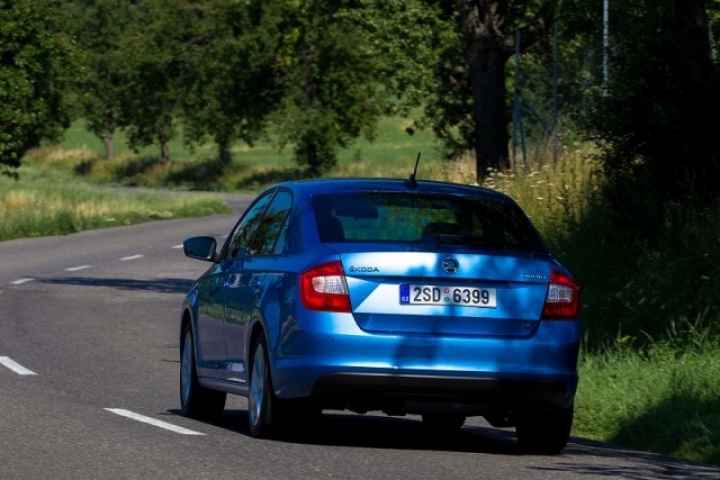 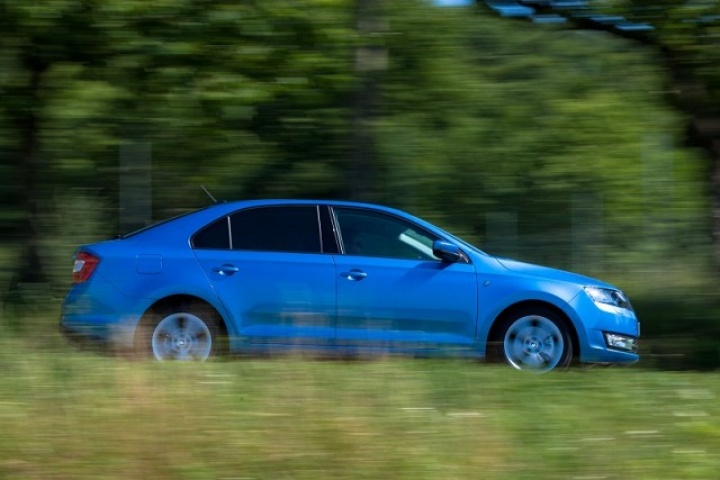 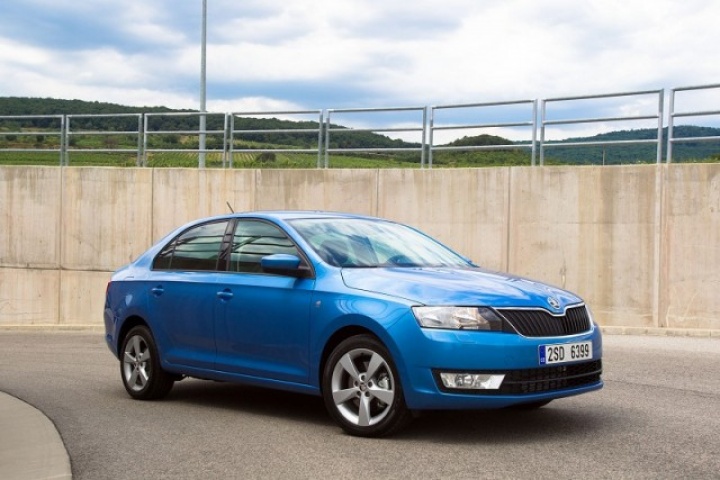 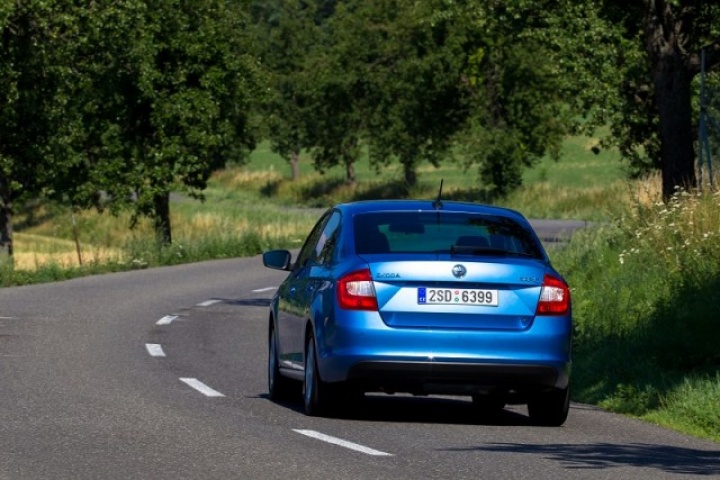 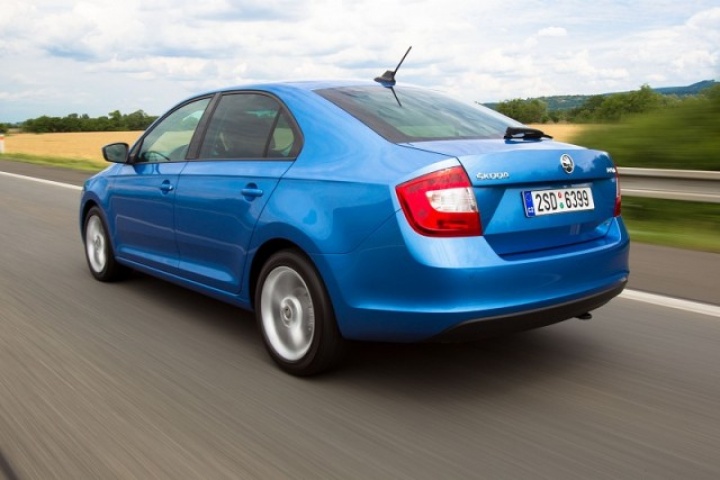 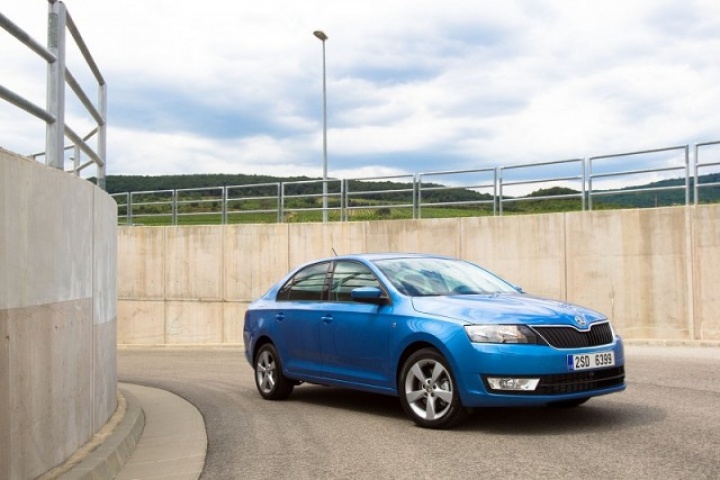 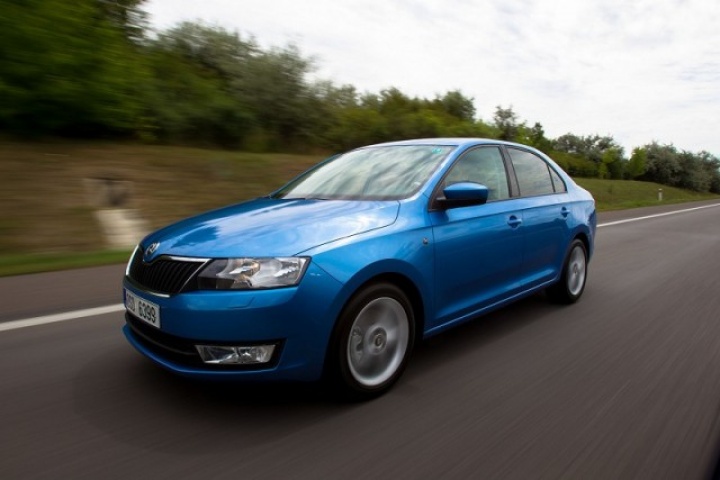 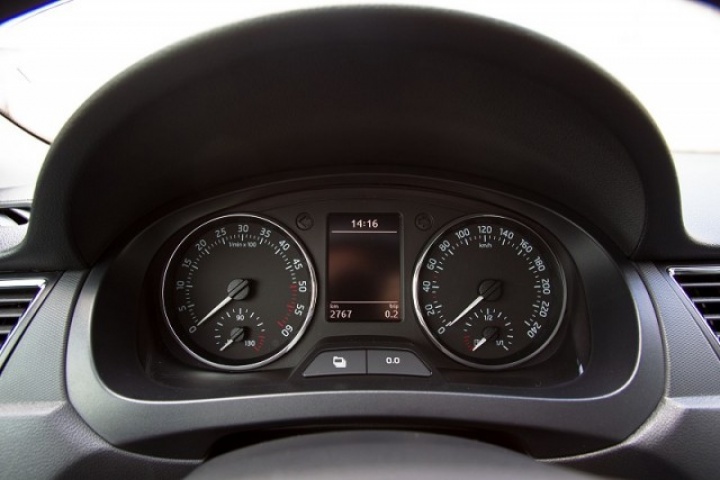 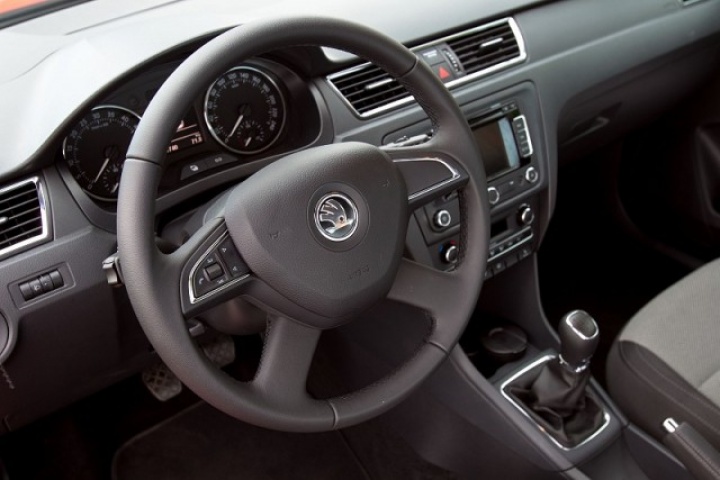 Skoda reckons there's room between the Fabia and Octavia for a new model, the Rapid.

A global car the new Skoda Rapid may be, but this is no generic one size fits all lash-up that leaves a bitter taste. Masses of room inside, a new design language outside and a range of efficient and perky engines under the bonnet ensure that the Rapid is a car that is likely to do well in Ireland - so long as the price is right.

When we first saw the Vision L concept our hearts skipped a beat - here was a Skoda that looked sharp, exciting and even desirable for younger generations. Unfortunately, some of that excitement has been lost in the translation to a production-ready Rapid, the 16-inch wheels looking lost next to the slab sides of the bulky body. Otherwise it's proportionately well balanced (though it is colour dependant) and the new design language used for the grille and headlights a convincing one.

The interior looks convincing as well, with a simple and clean layout that is only marred by the absolute absence of soft-touch plastics Skoda has allowed us to become so used to. But then it's built to a budget, and while everything is rather hard and shiny, it all operates with precision. It's also worth noting that the Rapid has masses of rear legroom, even for six footers like myself, and along with the 550-litre (up 28 litres from the first generation Octavia) boot this is what counts in the family car sector.

We drove a handful of Rapids on the launch, but without doubt it was the 1.2-litre TSI variant reviewed here that was the star of the show. The four-cylinder engine is smooth, willing and refined and the mid-range torque on offer means that, despite its relatively titchy displacement, it never feels underpowered.

In fact the Rapid 1.2 TSI can sprint from 0-100km/h in 10.4 seconds and onto a top speed of 195km/h. At pace there's a little wind noise from the door mirrors, but that's probably highlighted more by the engine's hushed tones than anything else. It certainly doesn't feel like a budget car on the road, with decent feel through the steering and well-judged ratios from the easy shifting six-speed manual gearbox. It's not especially quick to turn in, though grip is acceptable, and the unsophisticated rear suspension arrangement (a beam axle) can make itself known.

Across the rutted roads of our Slovakian test route we also noticed a rather firm suspension set up, though this was more prevalent in the 1.2-litre TSI version than in the diesel model we also drove. Until we get the car in Ireland (towards the end of the year) it's impossible to give a definitive verdict on this. In all other aspects the Rapid is an impressive driving package, and though based on the smaller Polo-sized platform it never feels like a small car struggling to keep up with everything else on the road.

Pricing for the entry-level model, a 75hp petrol car, is expected to be €15,995, and though that will net you a weedy non-turbocharged 1.2-litre petrol engine and relatively sparse spec it still represents massive value. This is a five-door hatchback with a boot and cabin larger and more thoughtfully presented than many more expensive rivals and a range of engines that offer a balance of economy and performance perfectly.

Skoda Ireland is likely to offer Active, Ambition and Elegance versions of the Rapid, though prices have yet to be tied down. Depending on which version is chosen, buyers can hopefully expect cruise control, air conditioning and Bluetooth connectivity as standard. It's all backed up by Skoda's reputation for reliability and customer service as well, and the Rapid should prove cheap to run.

We couldn't tie the chief execs down to commenting on any form of vRS Rapid commitment, but we did get behind the wheel of a Greentech version of the 1.2-litre TSI-engined car. A halfway house between a regular Rapid and an über-efficient Greenline model, it has stop-start and low rolling resistance tyres to increase economy to 56.5mpg (5.0 litres/100km) and Band A CO2 emissions of 116g/km. No word yet on when this will arrive in Ireland.

Value for money is this car's USP, and in that respect it hits the nail slap bang in the middle of the head. It's spacious, comfortable, well-equipped, efficient, fun to drive and - in the right colour - even quite pretty to look at. There's not much room left for improvement, save for the hard dashboard plastics, and with a range of engines that includes the excellent 1.2-litre TSI unit seen here it's no wonder Skoda expects to sell 1,000 each year in Ireland.