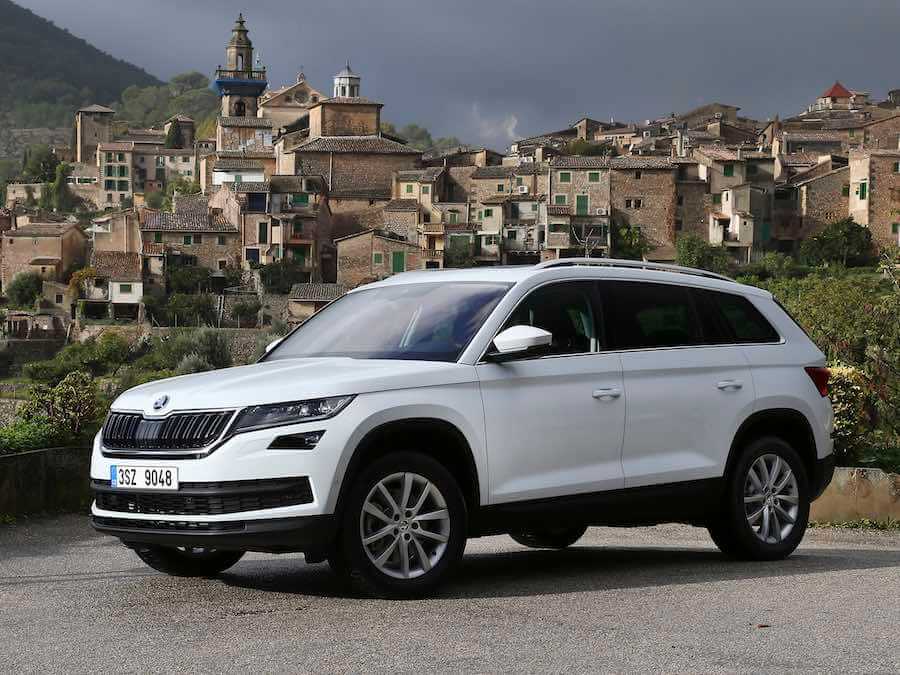 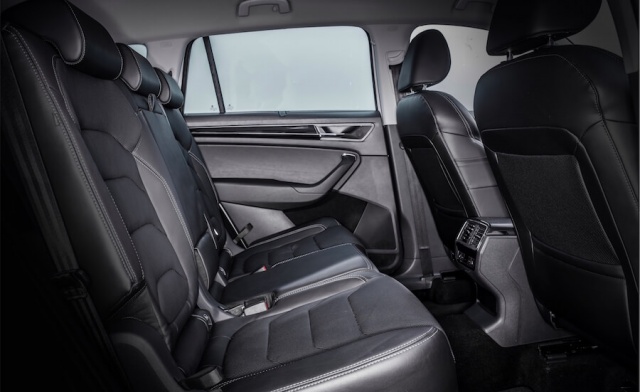 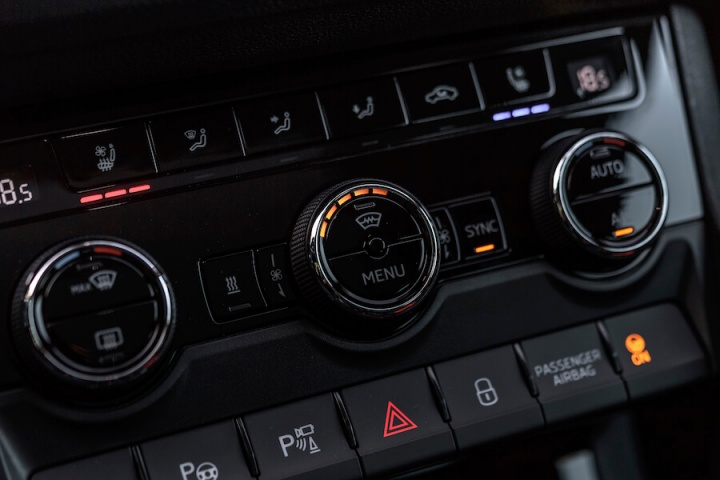 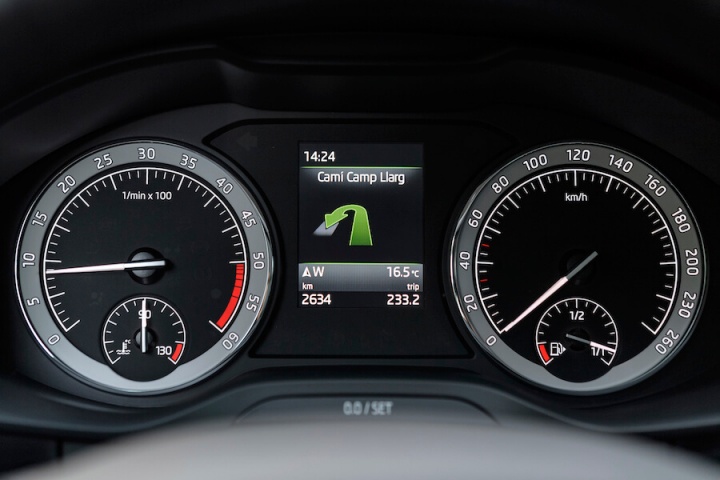 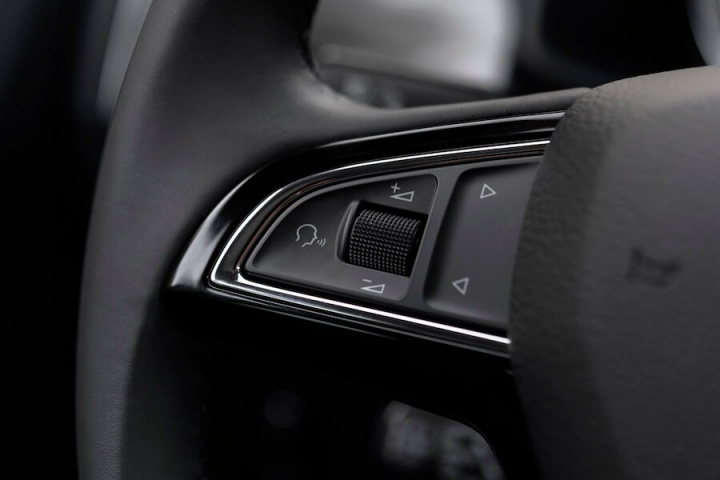 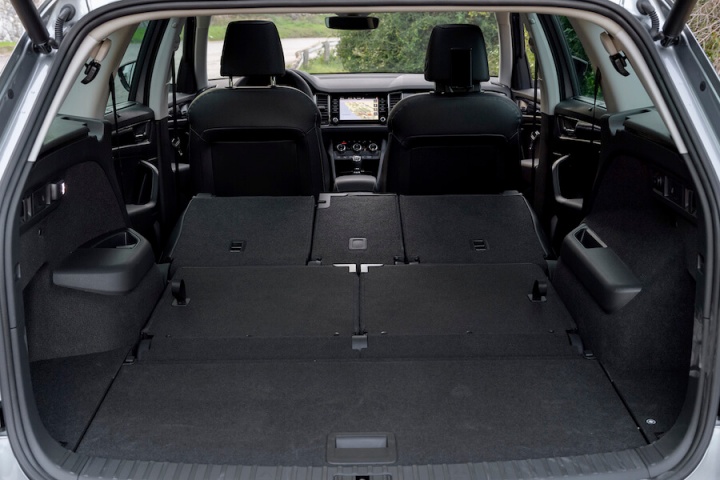 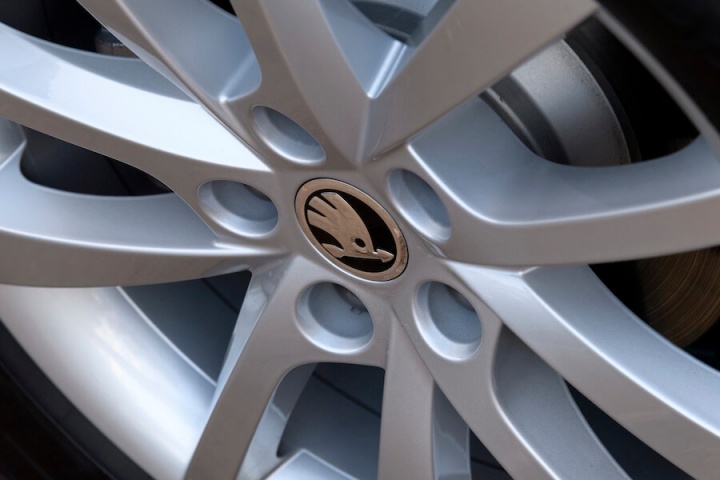 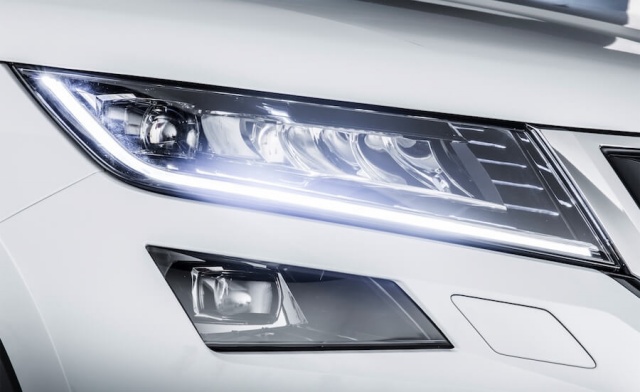 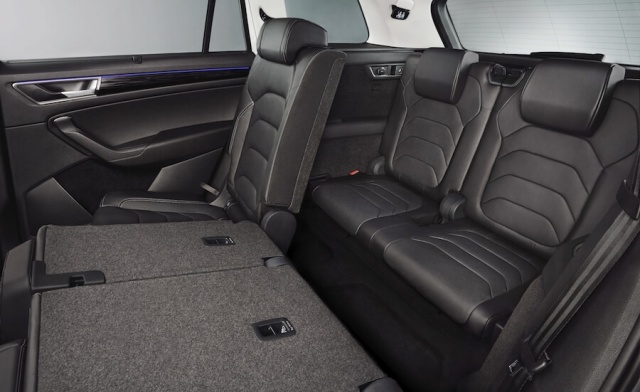 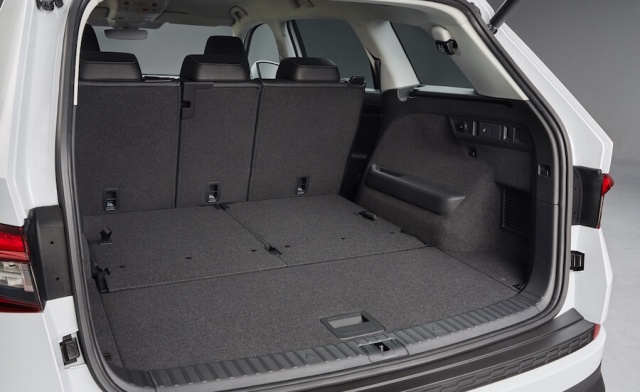 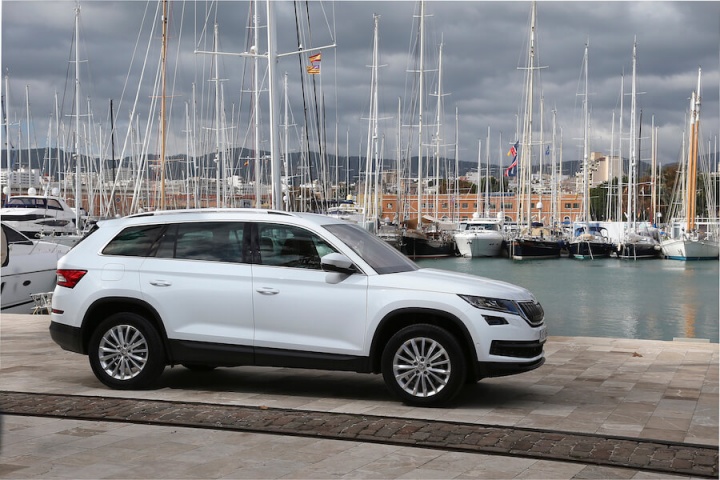 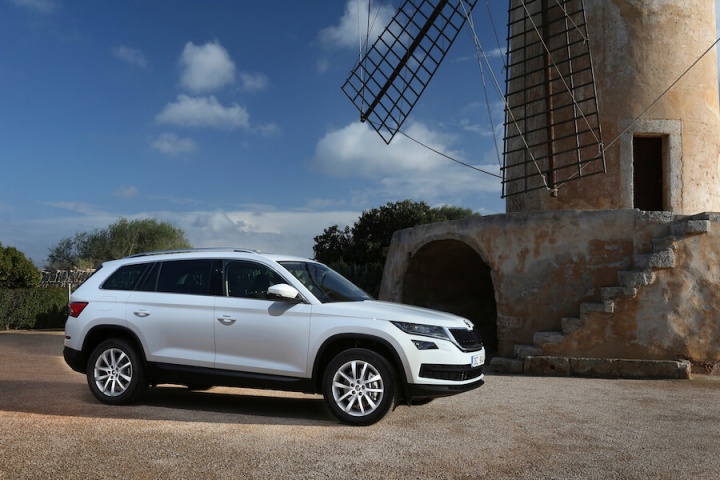 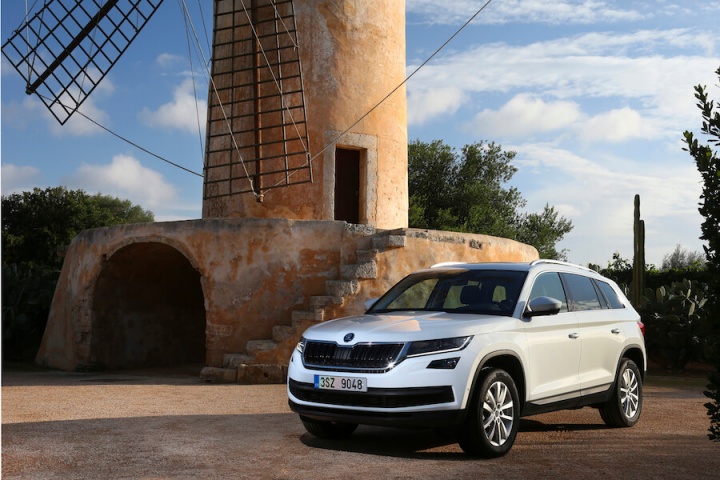 Extra power and a slick automatic transmission make the Skoda Kodiaq one of the most complete SUV packages around.

Combining plenty of practicality with impressive refinement and decent driving dynamics, the new Skoda Kodiaq looks set to be one of the most sought-after SUVs of 2017. This test drive focuses on the most powerful diesel version yet, with an automatic transmission and all-wheel drive.

The Kodiaq's styling marks a new look for Skoda that will soon appear throughout the rest of the model range. The expansive grille, sleek headlights and fog lamps placed up high all help to give the Kodiaq a wide stance. Its squared-off wheel arches and creased shoulder line give it a solid appearance too, while its roofline slopes gently back to give a large glazed area to flood the cabin with light. Despite its size, there are some beautiful details throughout the design of the Kodiaq, especially in the lights. An umbrellas hidden in a special compartment in each of the front doors is just one example of how well thought-out this Skoda SUV is.

Inside, it is well laid out with lots of space for all passengers, even those in the third row, who get large seats that have better access compared with other seven-seat options. There is a useable boot space with all seven seats in use, but dropping the third row down gives the Kodiaq a significant amount of cargo capacity, helped by a low load lip.

Two main aspects of this, the highest powered model, stand out compared to the rest of the Kodiaq range: its performance and its refined nature. The 190hp diesel engine is noticeably muted compared to the 150hp version, due to internal differences. The only other model that offers a similarly hushed experience is the 1.4-litre petrol. The production of more torque means the engine does not to have to work as hard to push the seven-seat Kodiaq along. While its peak torque output of 400Nm is produced just shy of 2,000rpm, it already begins pulling hard from little over 1,000rpm. The DSG transmission changes up through its seven speeds smoothly and cruises at motorway speeds with the engine still spinning at less than 2,000rpm. The ease with which it does this is most impressive. You can of course still shift through the gears manually, either via the gear selector, which has a chunkier shape and design than usual Volkswagen Group models, or by using the steering wheel-mounted paddle shifters. Although plastic, these have a much better action to them to what is usually offered.

To enjoy getting the most from the Kodiaq's performance it is worth changing between the different drive modes in the Dynamic Chassis Control (DCC). In addition to the usual settings, such as Eco, Normal and Sport, Skoda has also added a Snow function (in all-wheel drive models), as well as a dedicated Off-Road button. The latter doesn't raise the car's height like some similar vehicles do, but it does set the Kodiaq up for off-roading by adjusting the traction control and enabling Hill Descent Control, which automatically controls braking down slopes for the driver to keep a constant pre-set speed. Back on the road, the Eco mode takes the car out of gear to coast as soon as you lift your foot off the throttle, which helps to reduce fuel consumption. For more spirited driving, the Sport mode stiffens up the suspension and reduces power steering assistance, but it is worth noting that even left in its default Normal mode the Kodiaq drives impressively well for an SUV of this size.

You will have to be a little careful with the options list to prevent the cost of your Kodiaq ballooning into €40k territory, but the good news is that a basic Active model comes with everything you really need - 17-inch alloys, air conditioning, cruise control, Bluetooth and smartphone connectivity. There's also a new Skoda Connect system that allows you to monitor the health and status of your car remotely, and on higher-spec models you can have a built-in Wi-Fi hotspot, live news, parking, fuel pricing feeds and more.

You will have to upgrade to a €35k Ambition model if you want a diesel engine though, which does make the Kodiaq rather suddenly more expensive, but Skoda does offer a nice Style + pack for €1,400, which includes a panoramic roof, electric tailgate and rear-seat tablet holders.

This range-topping Kodiaq SUV delivers a driving experience that even those familiar with the modern-day Skoda range may find surprising. It demonstrates just how much attention has been paid by Skoda to getting this model right from the outset. Top marks. 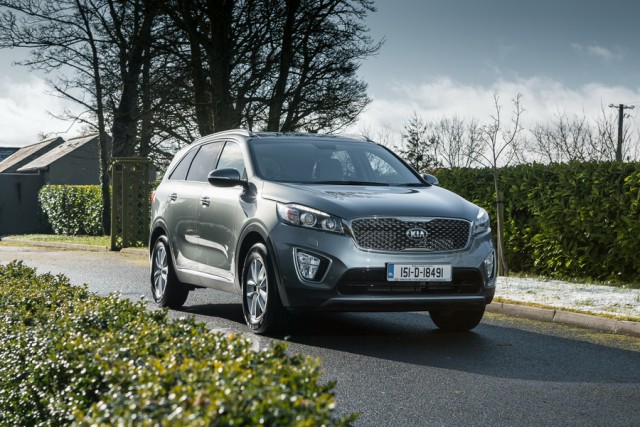