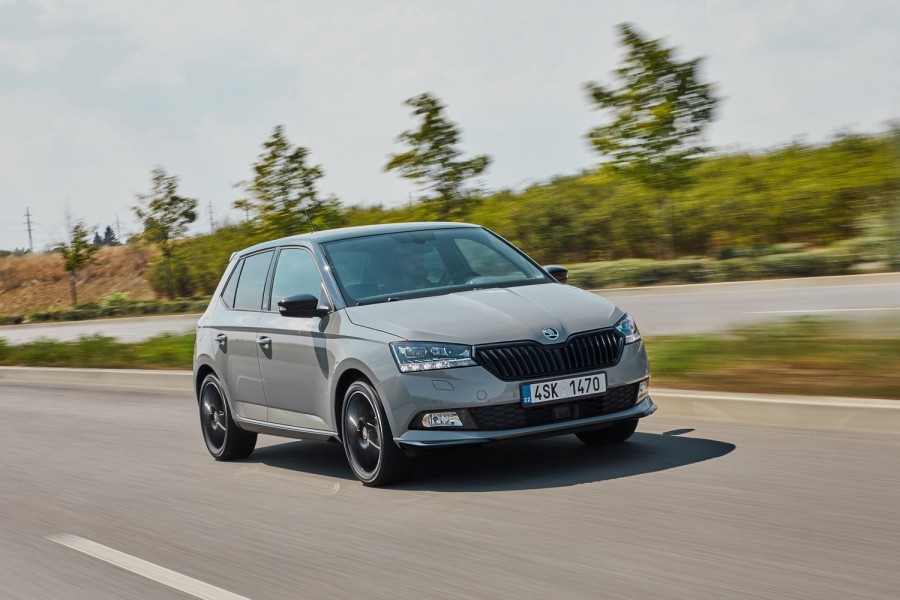 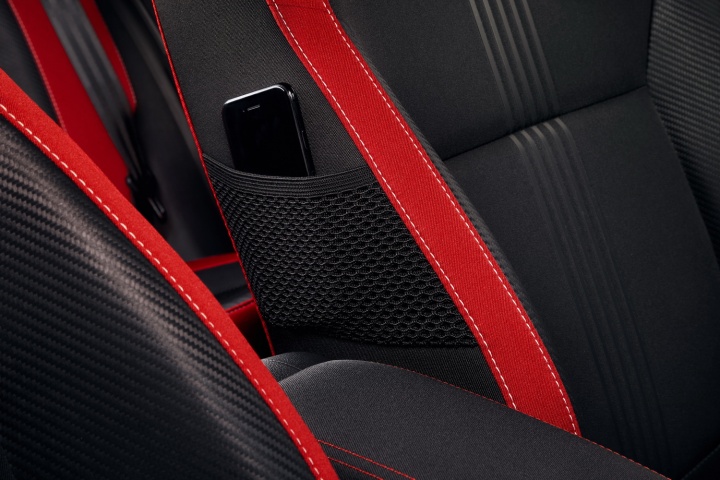 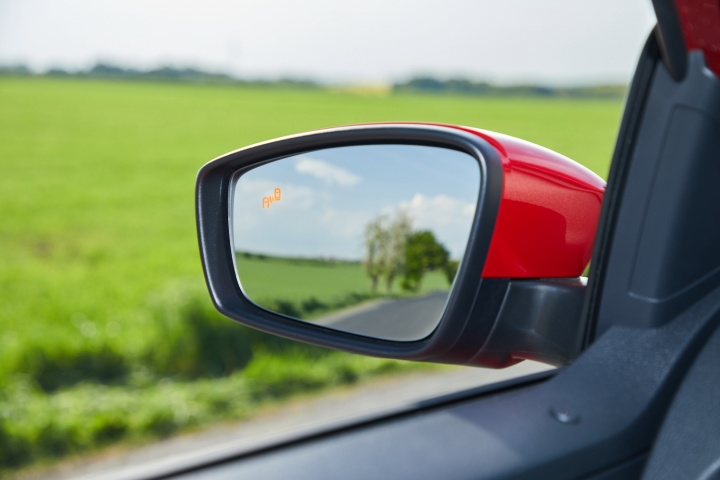 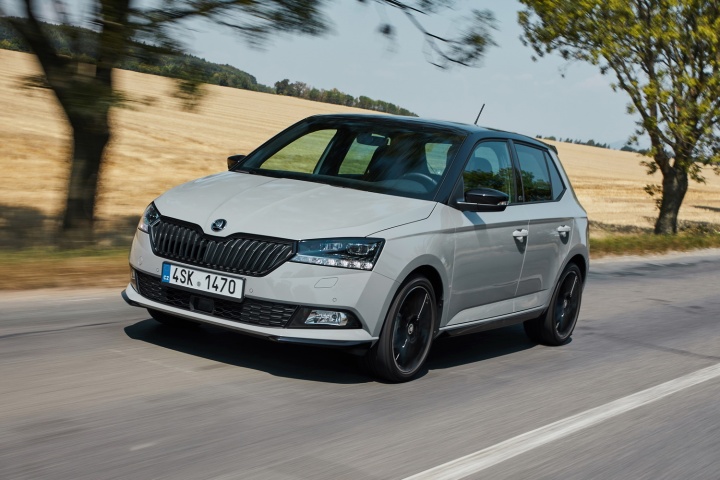 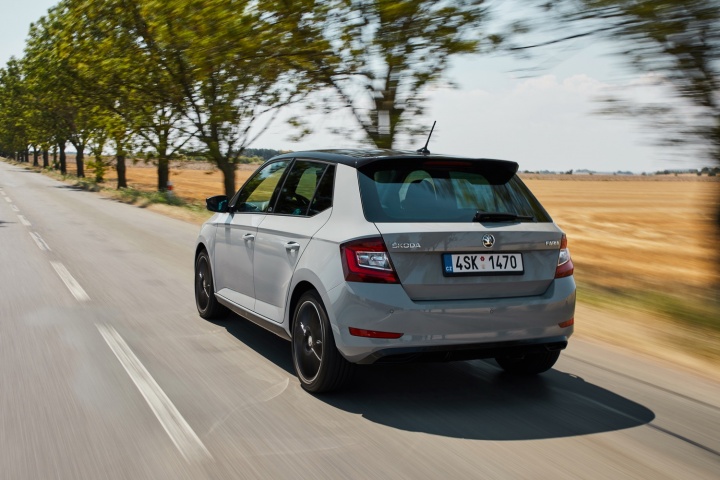 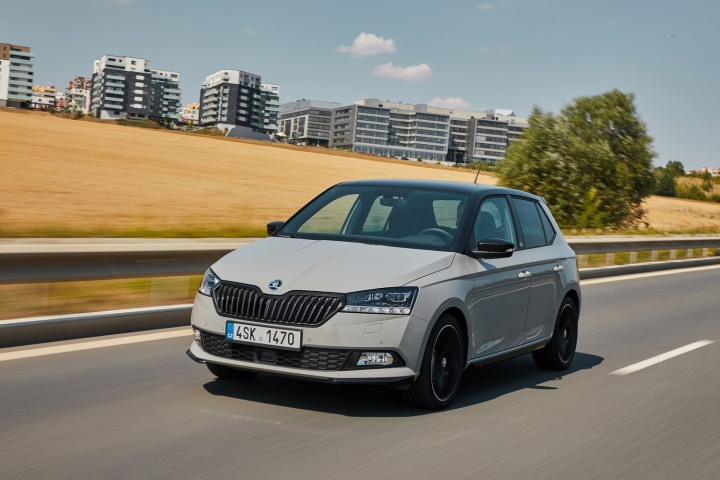 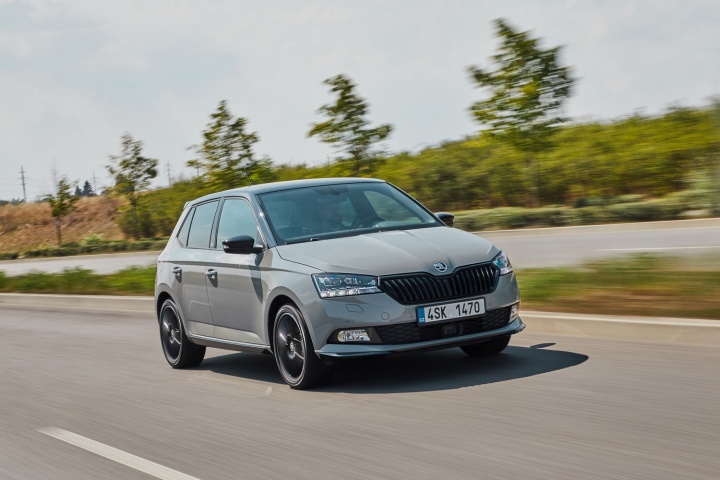 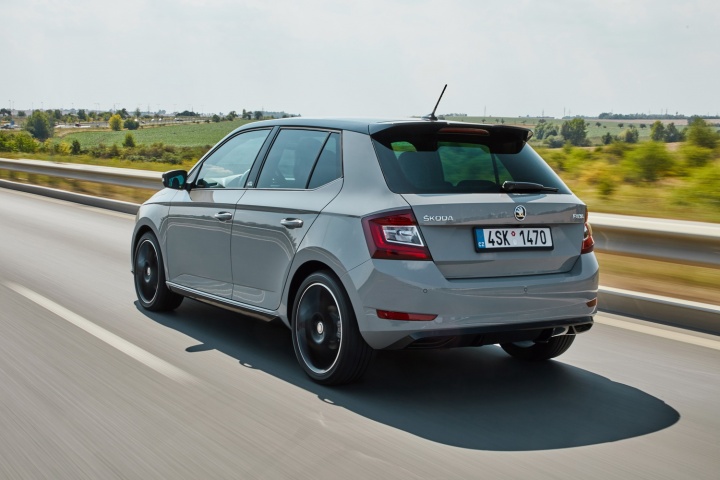 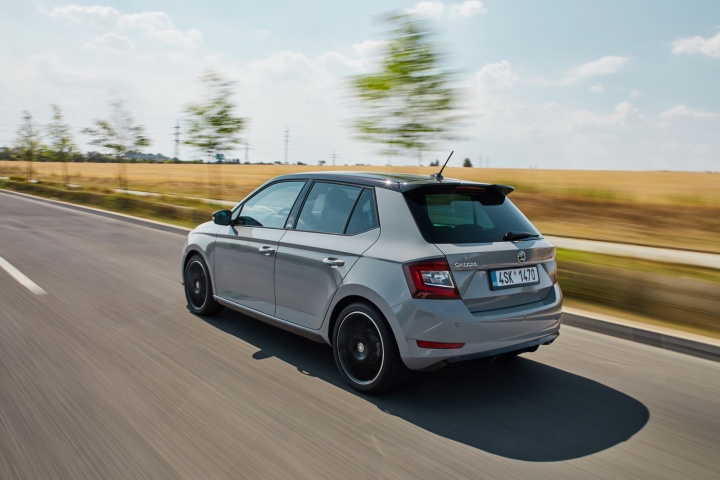 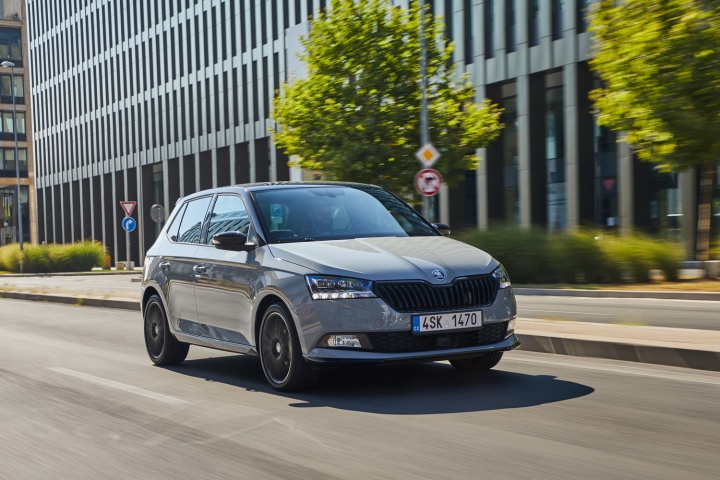 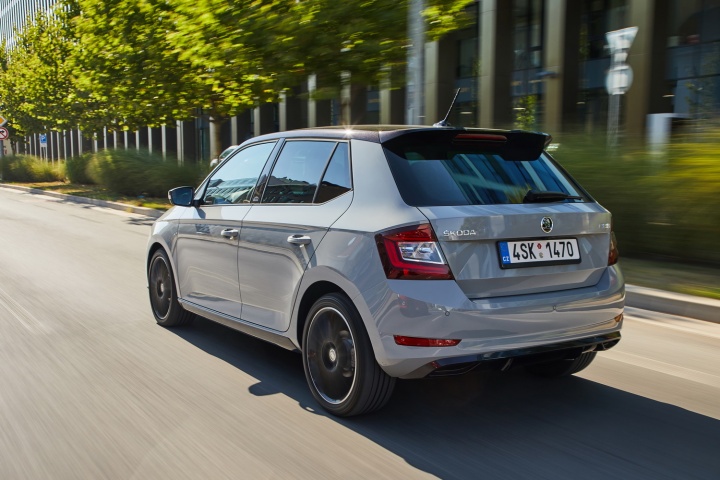 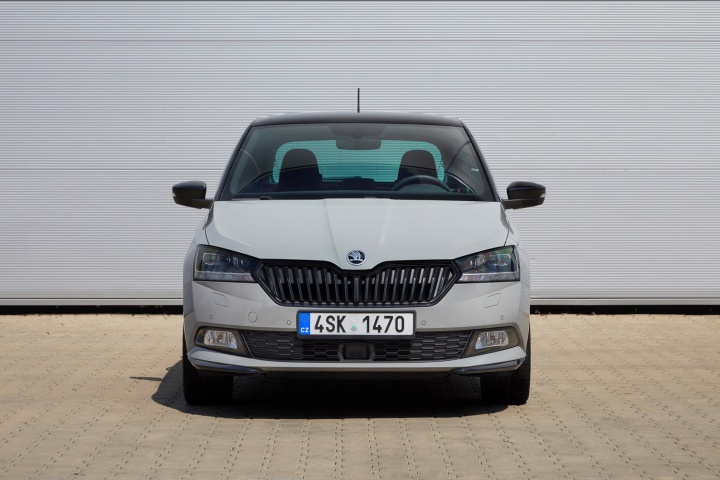 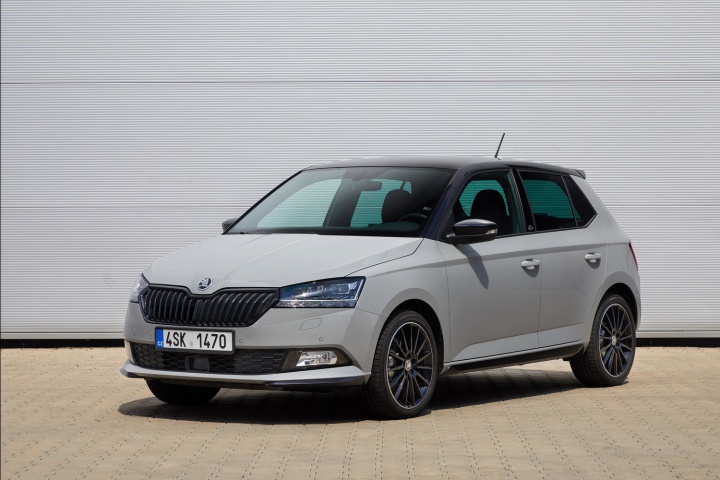 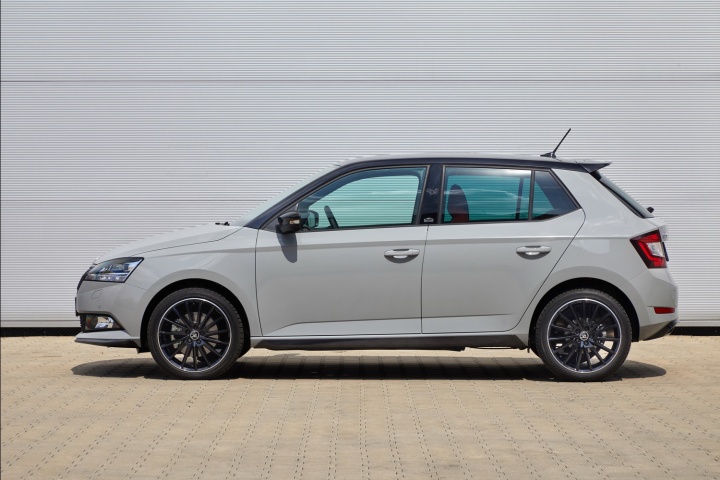 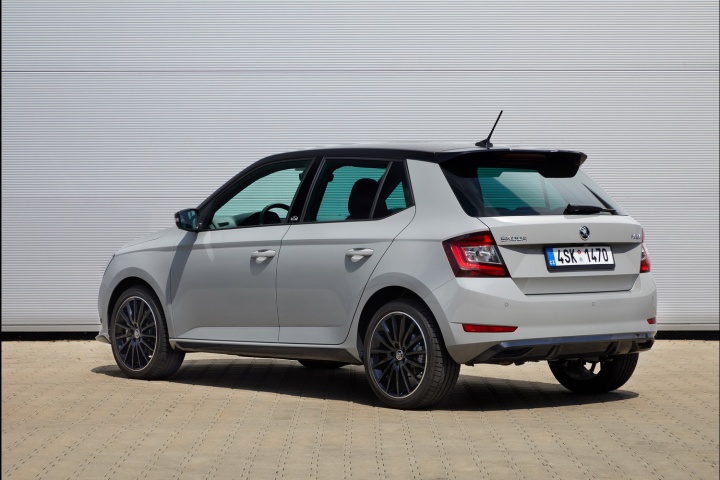 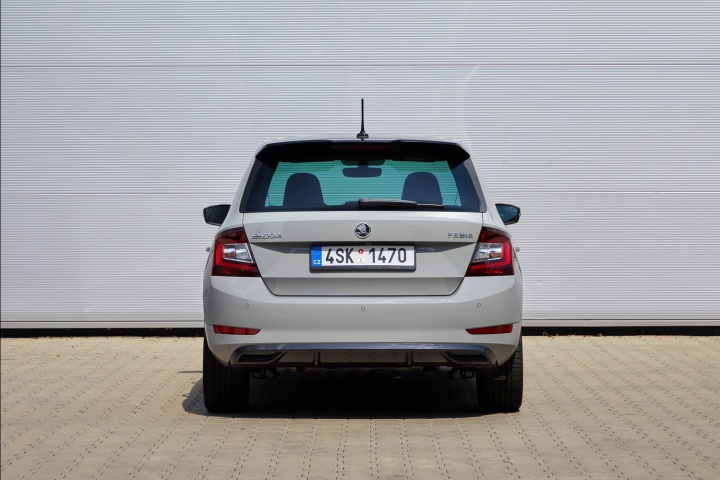 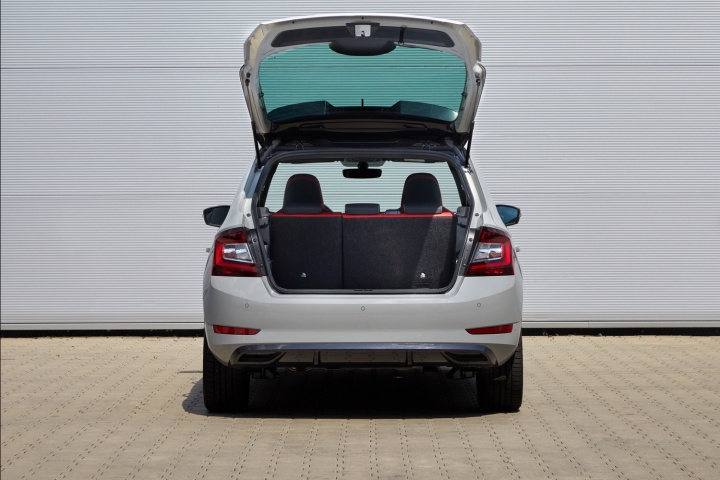 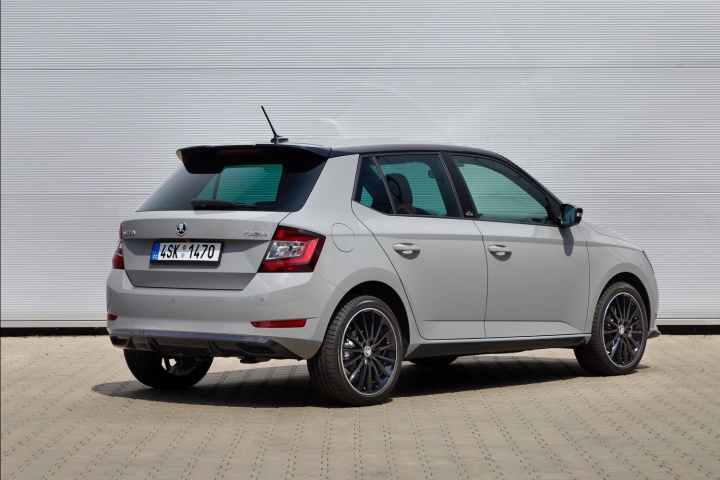 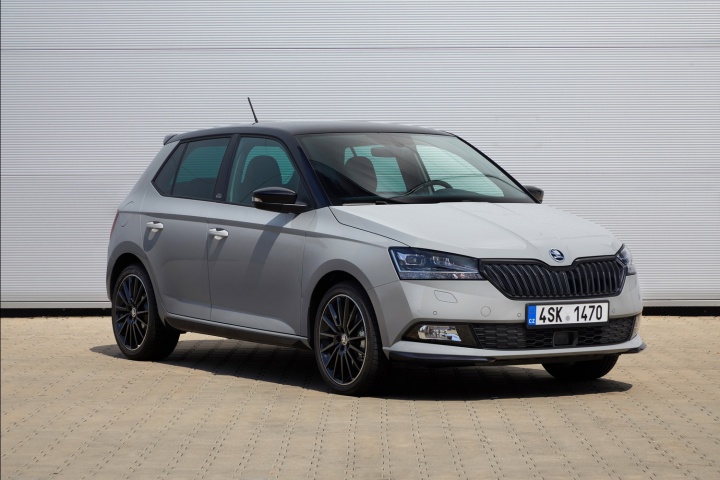 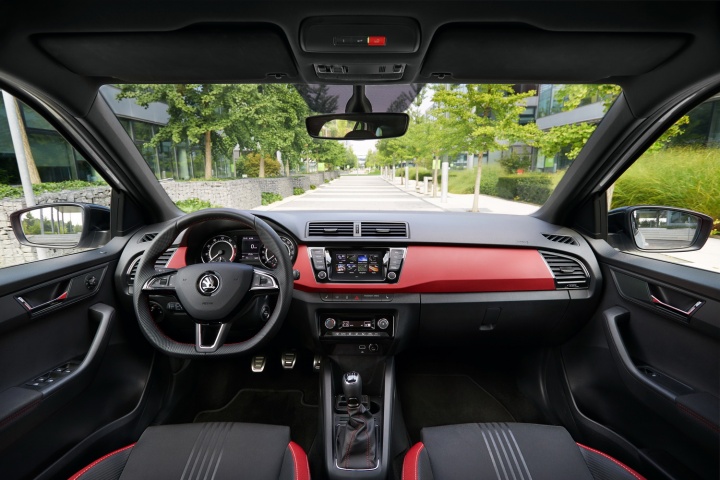 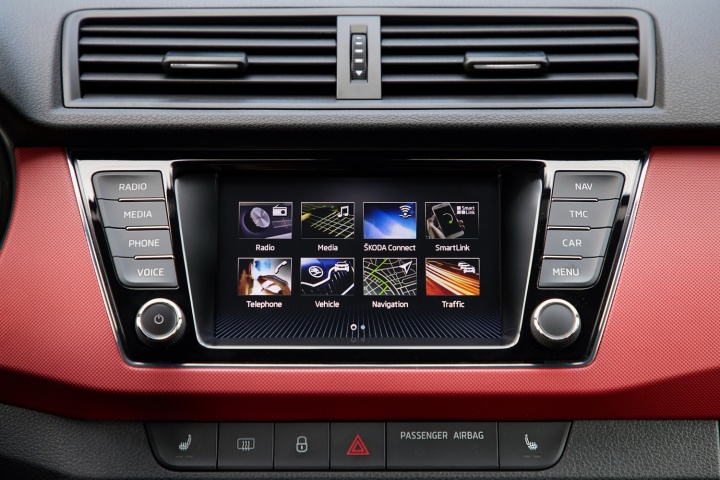 Skoda’s small hatchback is mildly updated for the 2019 model year - and we still have a soft spot for it.

Skoda gently updates its Fabia supermini for the 2019 model year and the resulting car is a classy, pragmatic and value alternative to the mainstream elite in the B-segment.

Skoda's updates to the 2019MY Fabia are very subtle, the main changes relating to the light clusters, which, fore and aft, employ design features that replicate 'crystalline' structures, to evoke thoughts of the glass-making industry in Skoda's home market of the Czech Republic, apparently. More practically, the daytime running lamps are now LEDs, while both the head- and taillight clusters can optionally be fitted with the same technology. Look very, very closely at the upper edge of the radiator grille and you might notice the fact that its outer edges no longer culminate in sharp points, as they did on the pre-facelift model, but are now 'chamfered' to meet the wider lamp housings. Discreetly reshaped bumpers front and rear (the latter item incorporating integrated reflectors) and - for the first time on a Fabia - the option of 18-inch alloy wheels (on the hatchback only) round out the visual changes, resulting in a car that's crisply and cleanly styled, if not massively adventurous in today's marketplace.

Inside, it's much the same story of minor alterations to dashboard trims, plus the addition of Blind Spot Detect, Rear Traffic Alert (low) and Auto Light Assist to its optional safety tech bundle, while the infotainment has been rejigged - bringing in a new Swing Plus level of in-car controls and Skoda Connect 2.0 software on the range-topping Amundsen system. What continues to make the Fabia so appealing, then, is its practicality: four new 'Simply Clever' features for the Czech supermini family include two USB ports in the rear, a tablet holder for back-seat passengers, a double-sided boot liner and, on the Combi estate version, a removable LED torch in the cargo bay.

Talking of which, at 330 litres the Fabia still has one of the biggest boots in the class, comfortably beating the Ford Fiesta, Citroen C3 and Kia Rio... but, curiously, it has less than its two 'in-group' cousins, the SEAT Ibiza (335 litres) and the Volkswagen Polo (with 349 litres), while it's some way shy of the class-leading Honda Jazz and its vast 354 litres. However, if that sort of thing is a deal-breaker, then take a look at the Combi - one of the only enduring B-segment estates, it has a 530-litre whopper of a boot tacked onto its behind, making it the most practical thing this side of a C-segment crossover.

Skoda has dropped the old 1.4-litre TDI three-cylinder diesel engine for the revised line-up, offering only 1.0-litre, three-cylinder petrol powerplants for the 2019MY Fabia. These split into the normally aspirated 'MPI' models, with either 60- or 75hp, and then the turbocharged TSI cars, with either 95- or 110hp. All of these have a five-speed manual gearbox as their only transmission selection, save for the 110hp TSI, which comes with a six-speed manual as standard and the option of a seven-speed DSG auto as well.

To drive, the Fabia remains as it ever was. At no point will it have you purring with delight about its road-holding, nor relaxing in unbridled comfort as it glides silently down the road - it's about eight-out-of-ten in all dynamic disciplines, without ever hitting the highest heights in one specific area. Yet such uniformity of all-round talent makes it easy to get on with.

The three-cylinder TSI engine with 95hp is perfectly fine for the Fabia's needs. It has just enough poke to make the Skoda a nippy town car, with a concomitant wodge of midrange torque that ensures it won't get swamped on faster-moving extra-urban routes. The engine stays smooth and refined out to the redline, although we would say the five-speed gearbox's ratios are a little long, as it seems to take the Skoda an age to move the needle around the rev counter - and you can occasionally strand the car in a low-revs torque hole if you're not careful. Nevertheless, in general, the TSI engine is a little peach.

Underneath, the chassis is perfectly capable and adept, without being playful, so you can hustle the Skoda into bends at a decent lick and enjoy its largely neutral, grippy handling - the overly light, feel-free controls will rob you of much in the way of driver involvement in such activities, however. On the flip side of that, the ride on the facelifted Fabia is supple without being floaty, the body control good enough to ensure that the Czech doesn't take an age to settle after large, mid-bump compressions. It also filters out most secondary ride ripples, even on larger alloy wheels, and suppresses tyre and wind noise to a suitably impressive degree, so it's much like its Volkswagen Polo source material, really: classy, a bit reserved, but perfectly amenable for drivers who, in the main, stick largely to urban areas and only occasionally venture out onto motorways.

In Ireland, the trim lines run Active, Ambition and then Style, with the Monte Carlo a sporty-looking variant that stands almost separate to the range as a flagship. Base Active models come with a smattering of essential items and 14-inch steel wheels, making them conspicuous bargain-basement motors, but a simple step up to Ambition starts to load in the more desirable toys, like 15-inch alloys, interior connectivity, various leather-trimmed items in the cabin, a speed limiter, tyre-pressure monitoring and more, while Style (from €18,655) adds air conditioning, keyless entry, electric windows all round, 16-inch alloy wheels, rear parking sensors and automatic lights. The Monte Carlo provides the raciest looks for the otherwise rather plain Fabia, while also featuring a more interesting cabin with carbon-look dash trims. As even the most expensive models are in the €20,000 ballpark, the Skoda is therefore great value in a marketplace where prices are, on average, increasing at a sometimes-alarming rate.

No big gambles from Skoda for the Mk3 Fabia's midlife model facelift, but it remains one of the first cars you should be looking at if, for whatever reason, you can't stomach one of the 'big three' in the class - namely, the Fiesta, the Polo and the Ibiza. The Fabia scores highly on practicality and value-for-money, while providing an amiable enough driving experience to make it a sound purchase for many customers who are looking to splash their cash in the supermini segment.

Ford Fiesta 1.0 EcoBoost ST-Line review
Ford Fiesta vs. Skoda Fabia Monte Carlo: dynamically, this is a much more interesting car than the Fabia and the Ford's interior is also better, but you'll be paying a fair amount more to sit in a comparable-spec Fiesta. 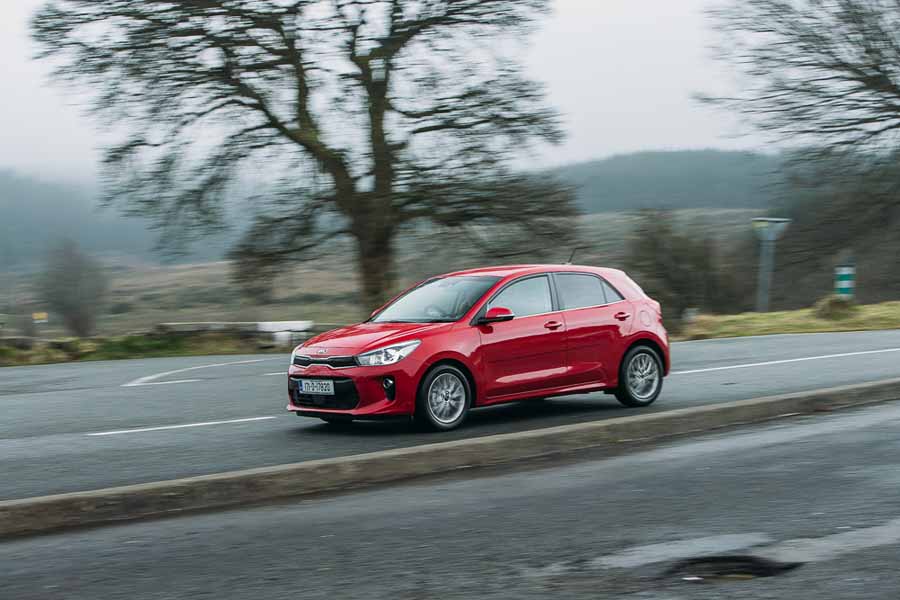 Kia Rio 1.2 petrol review
Kia Rio vs. Skoda Fabia Monte Carlo: a similarly budget-oriented supermini with aspersions to class leadership, the Rio looks good inside and out, but it isn't particularly thrilling to drive.

SEAT Ibiza 1.0 XCellence review
SEAT Ibiza vs. Skoda Fabia Monte Carlo: we still think this is the best car in the class right now. Slightly drab interior finishing is the only thing that lets the SEAT down, as its handling is leagues ahead of everything else in the segment, bar the Fiesta.