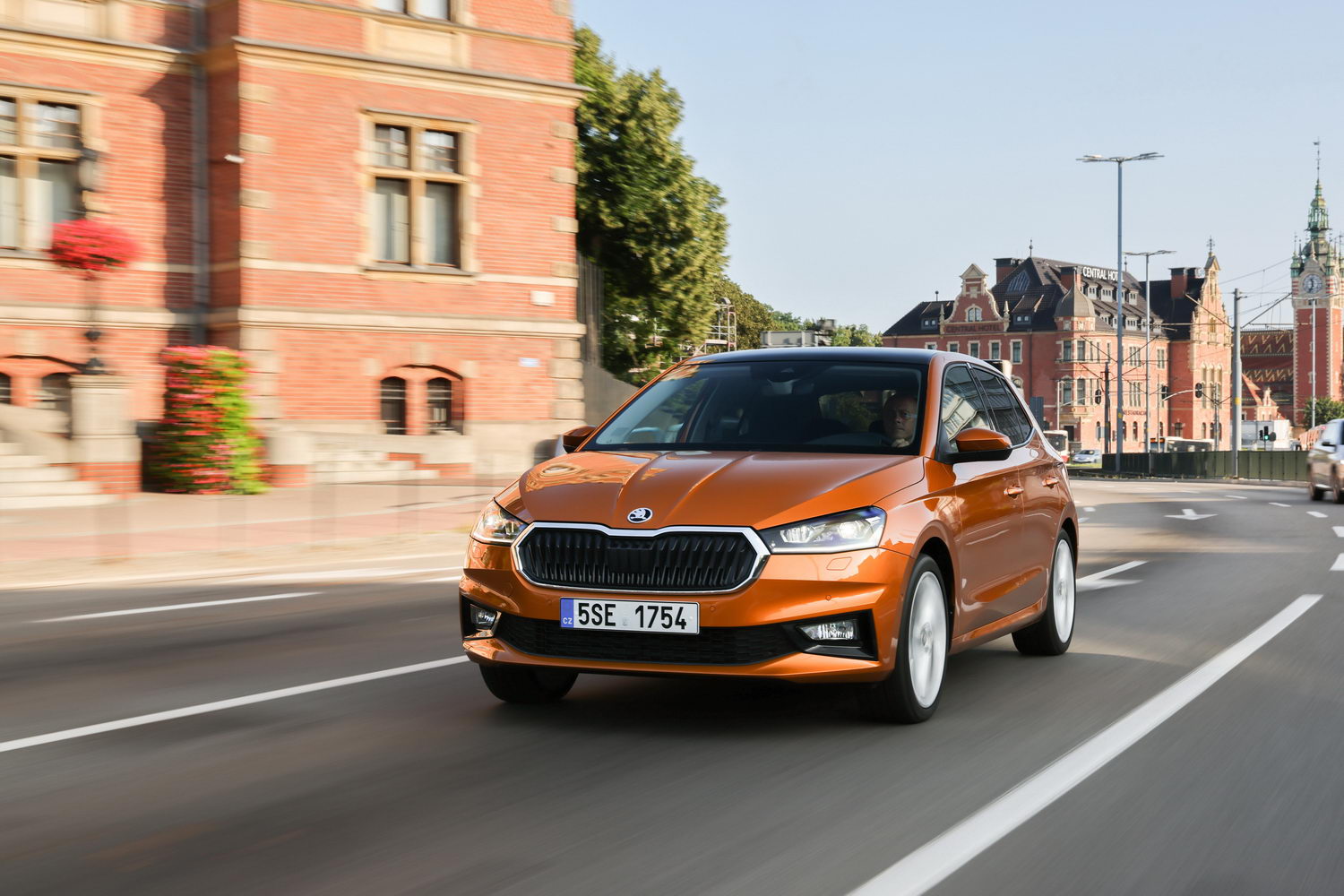 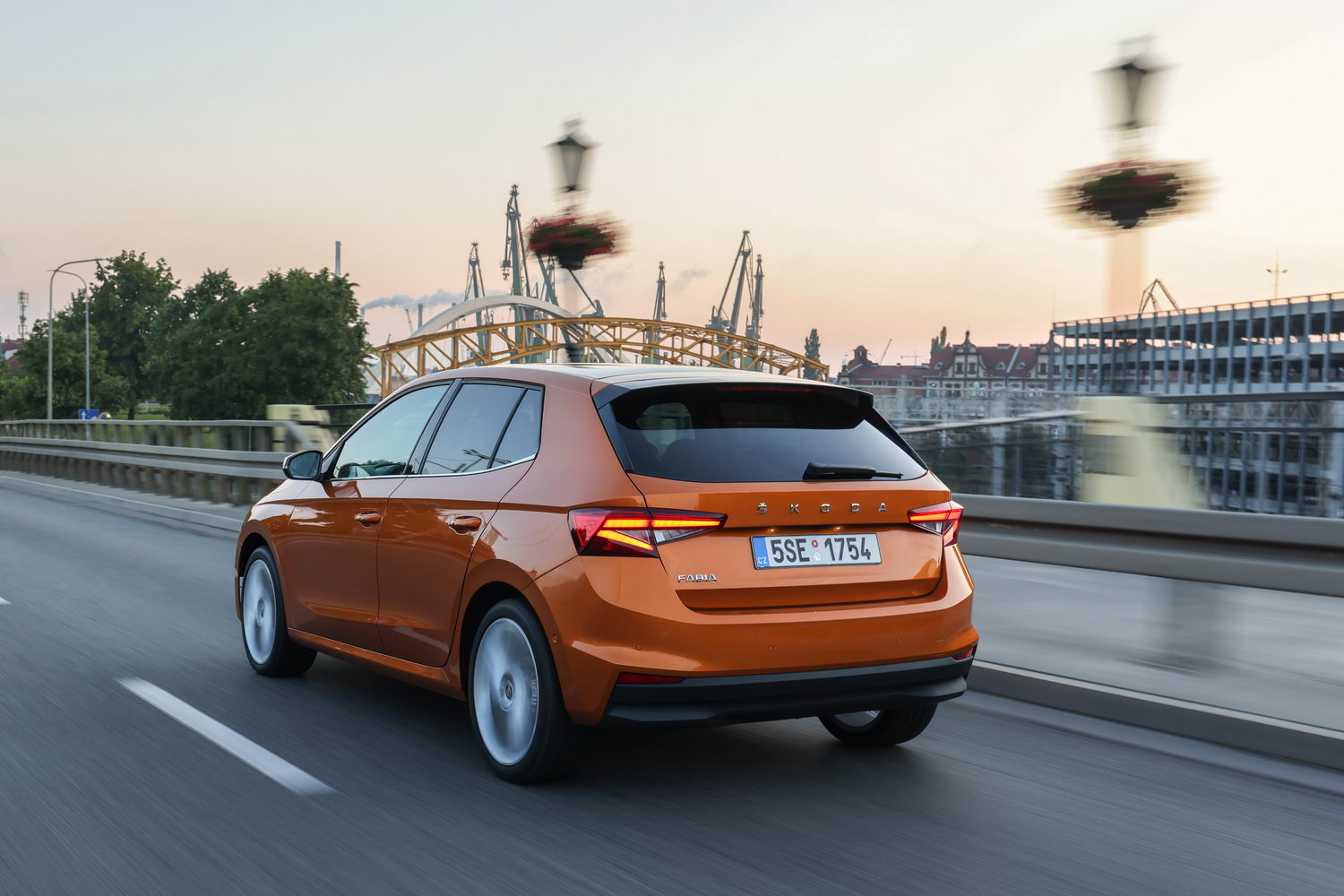 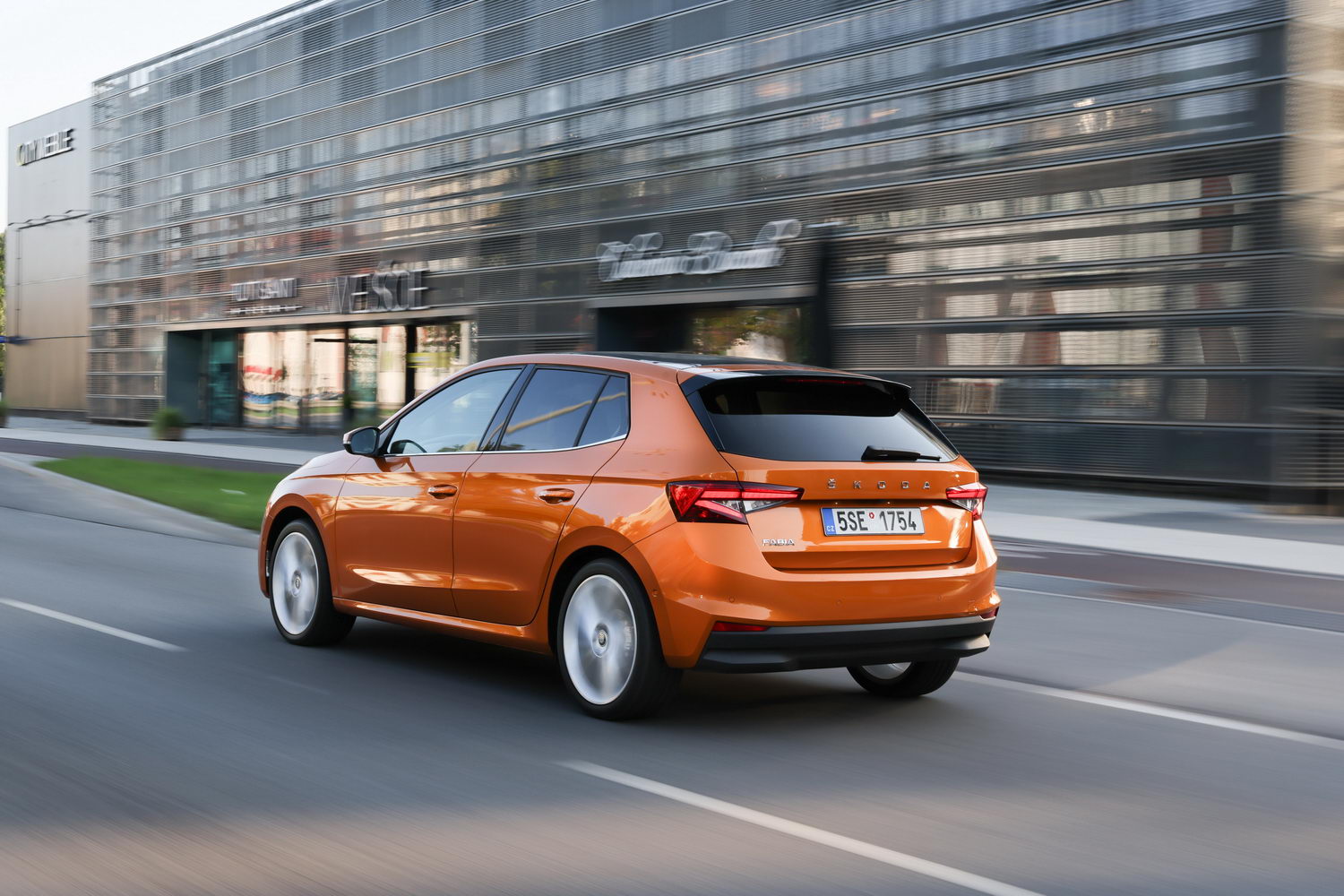 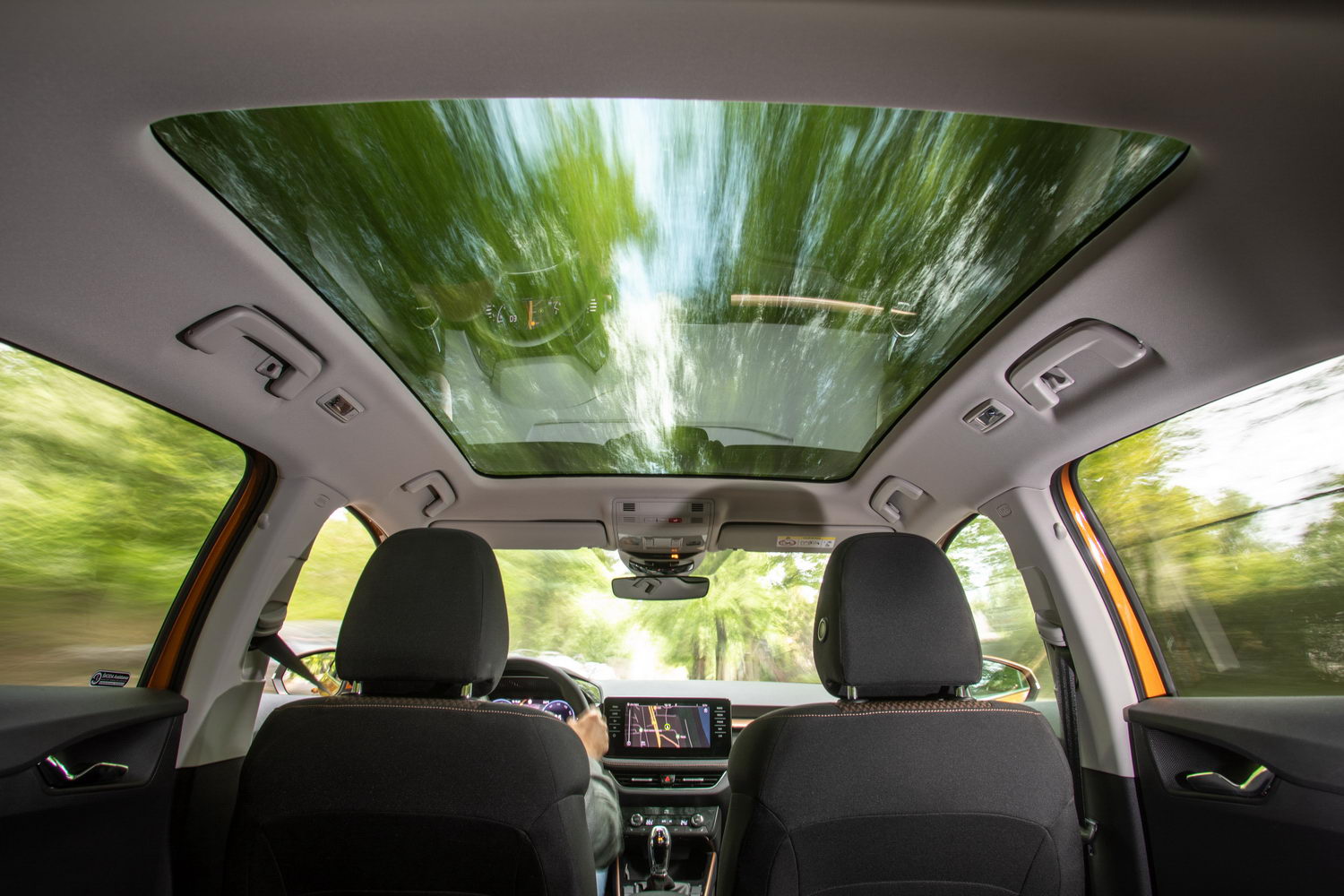 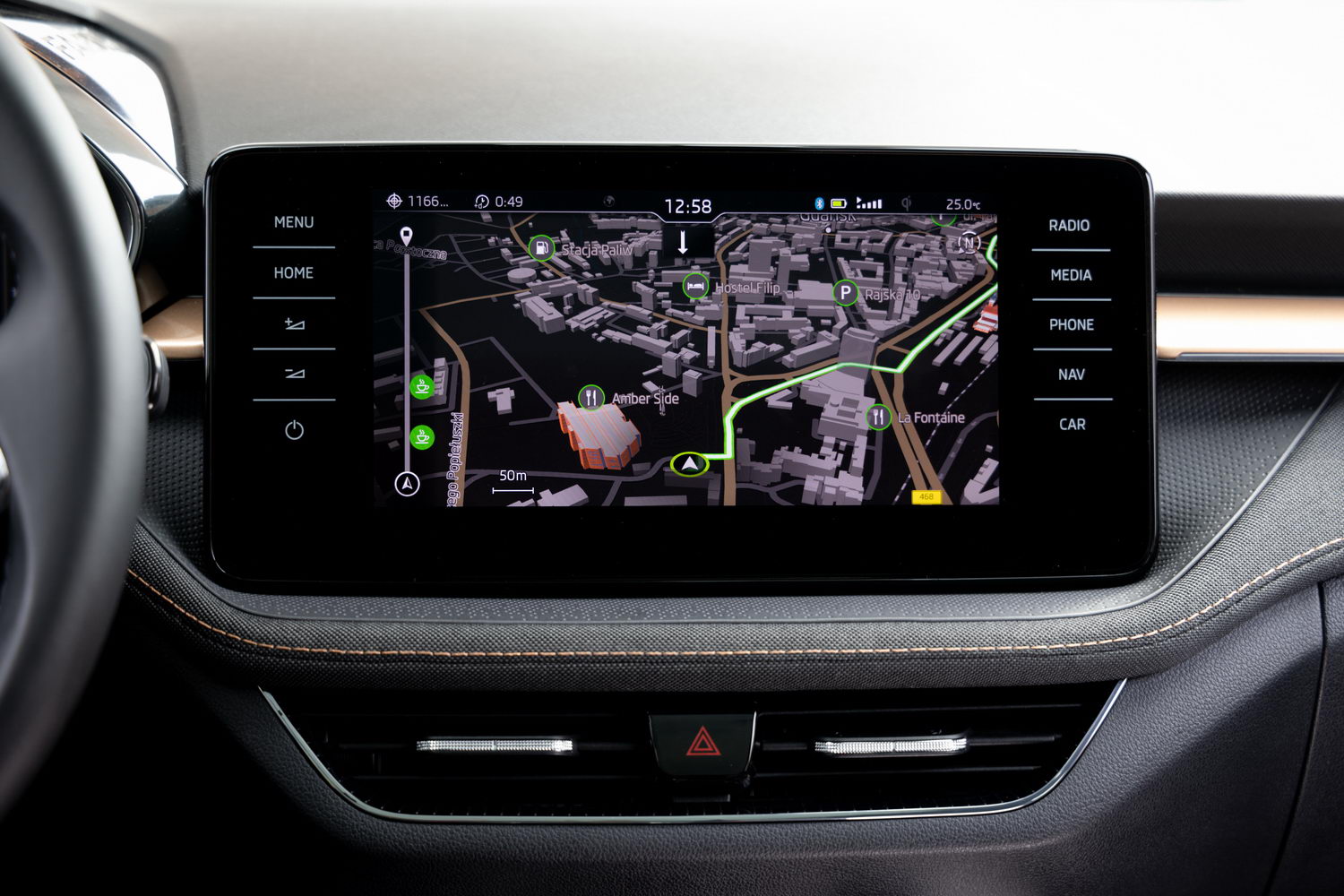 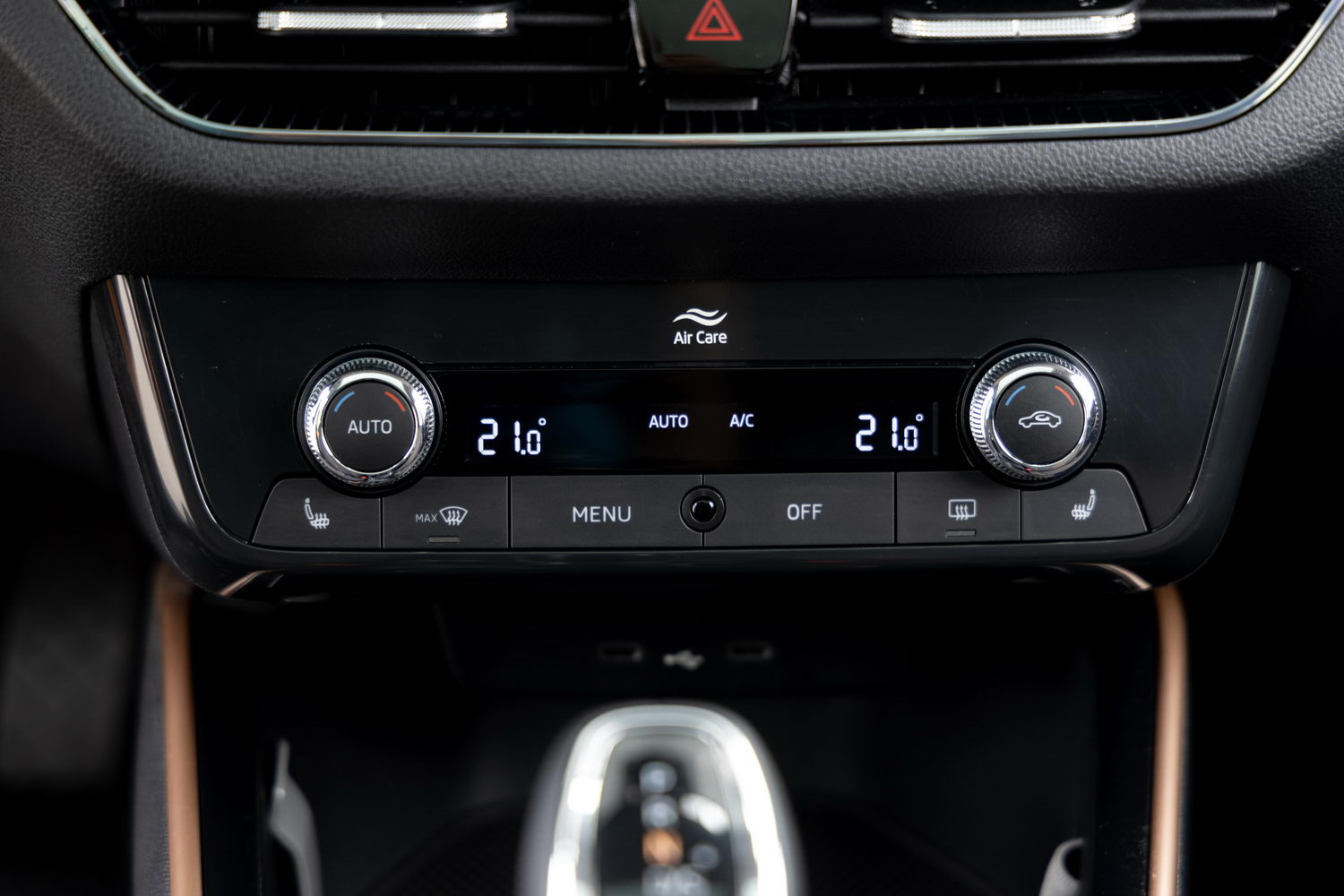 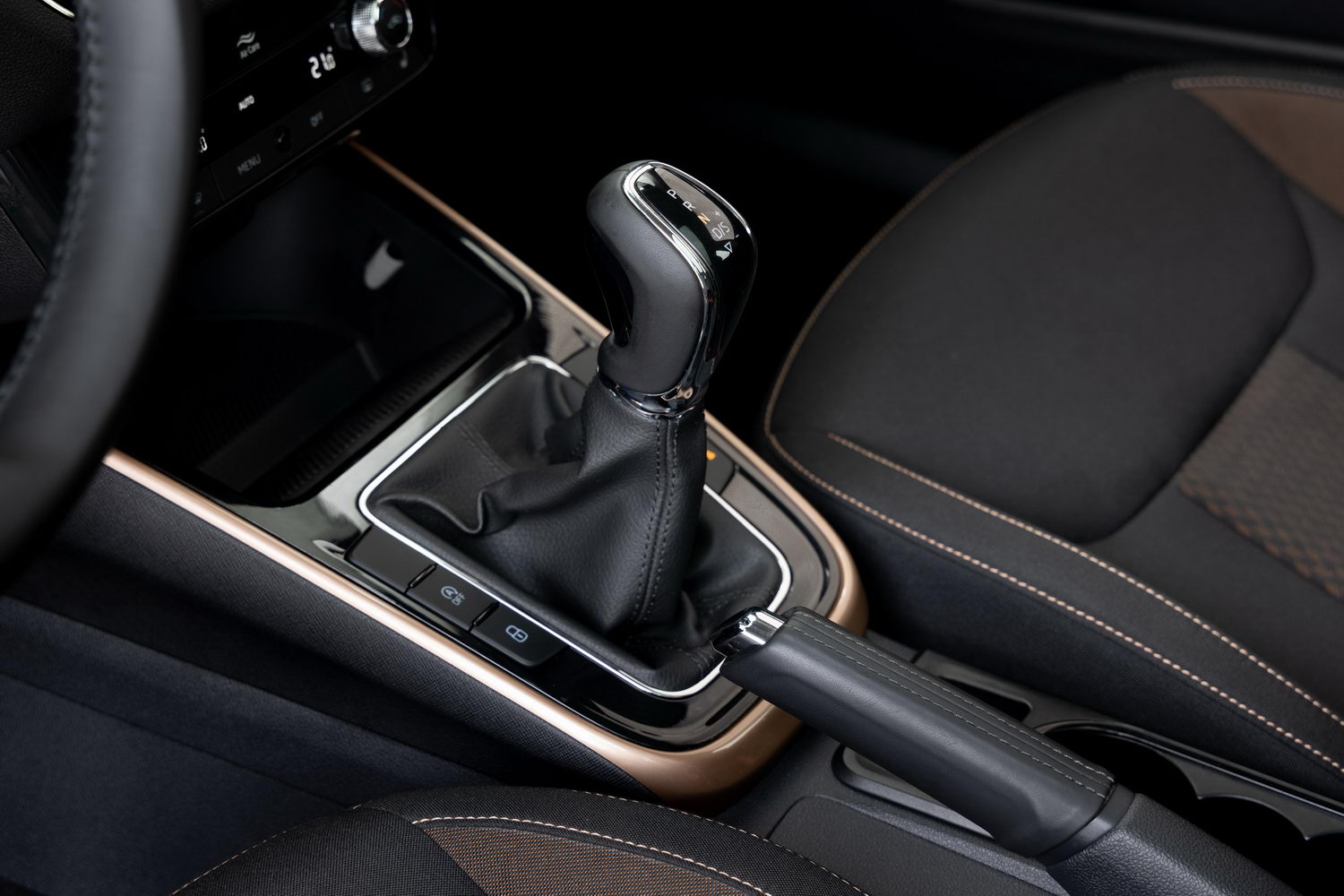 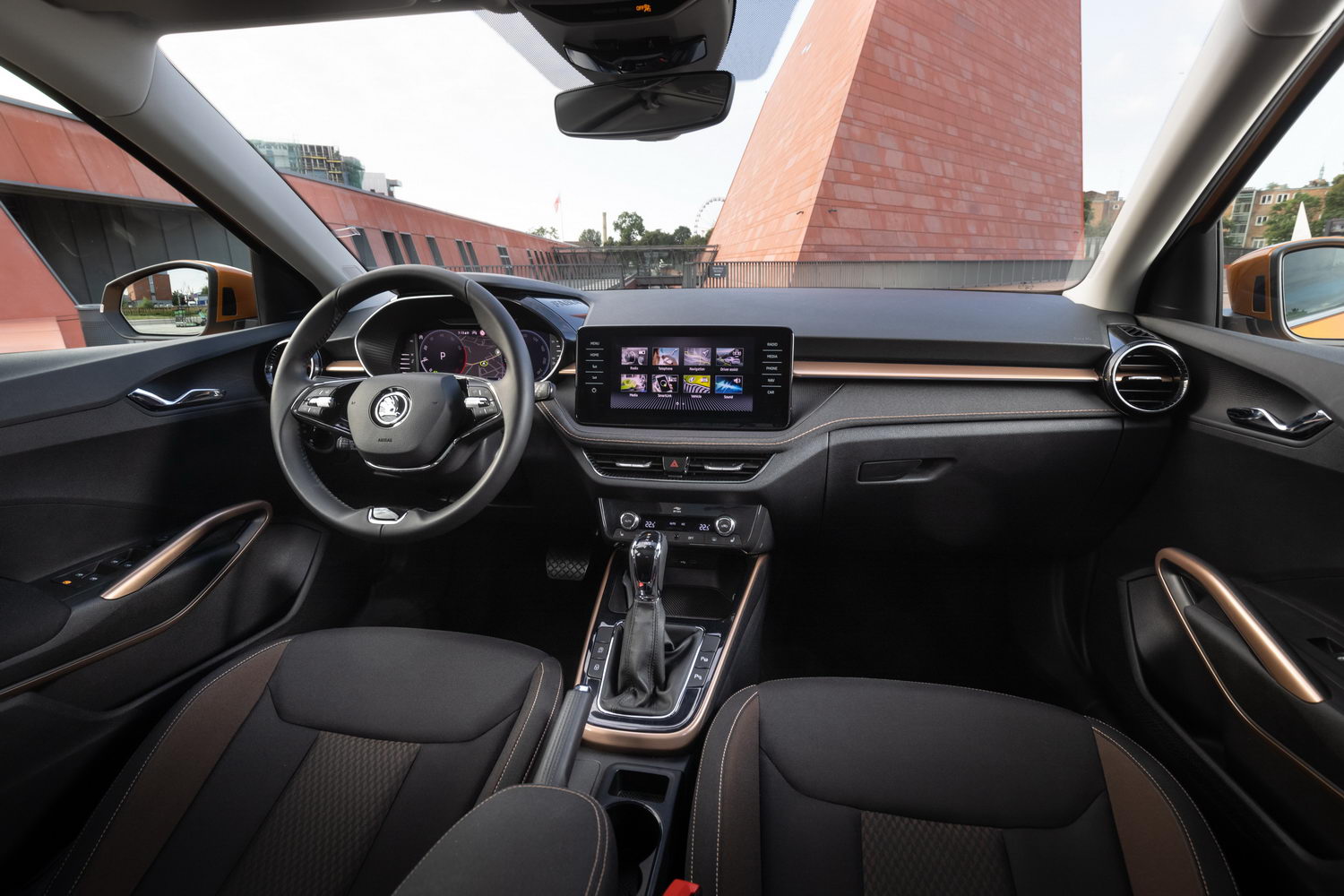 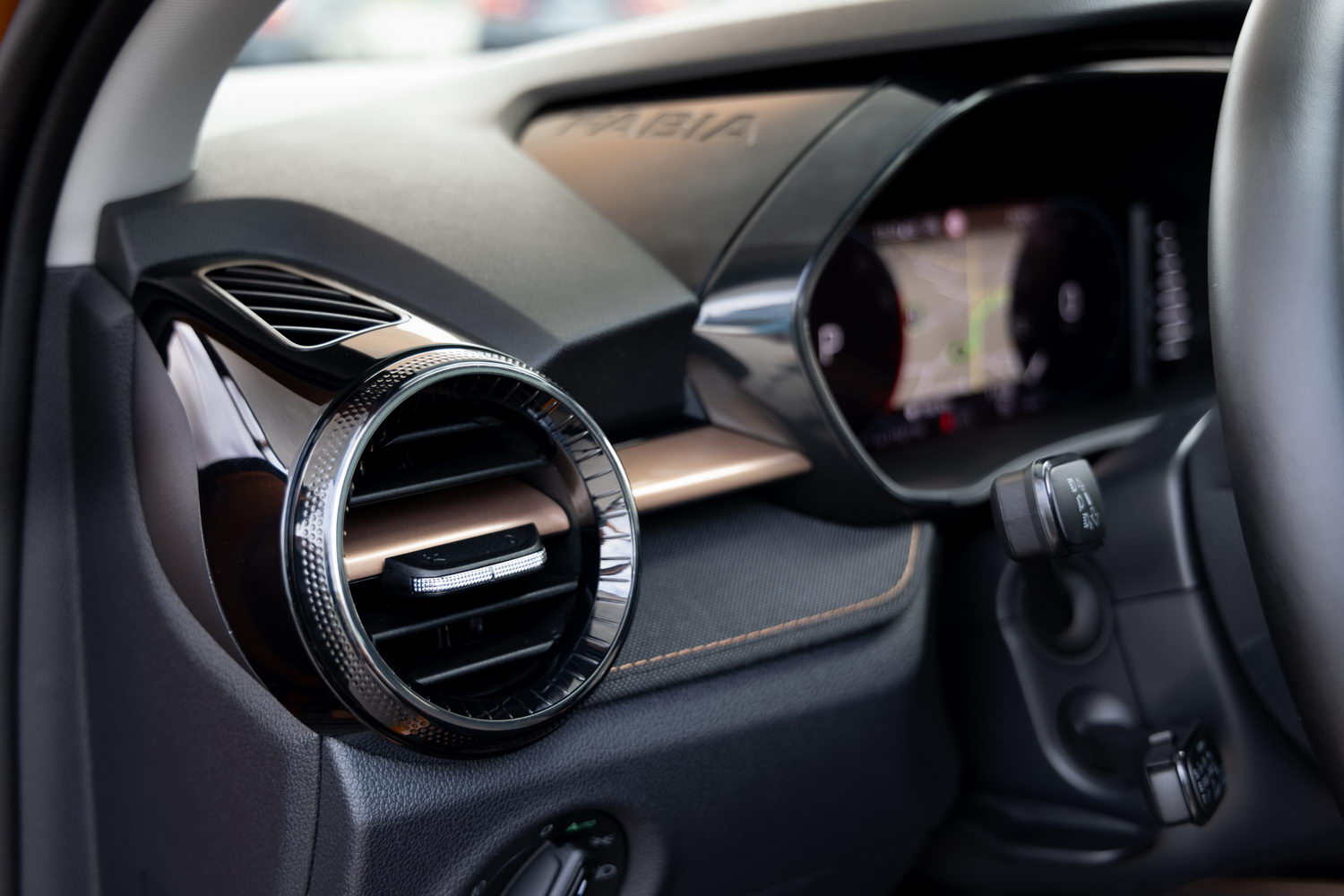 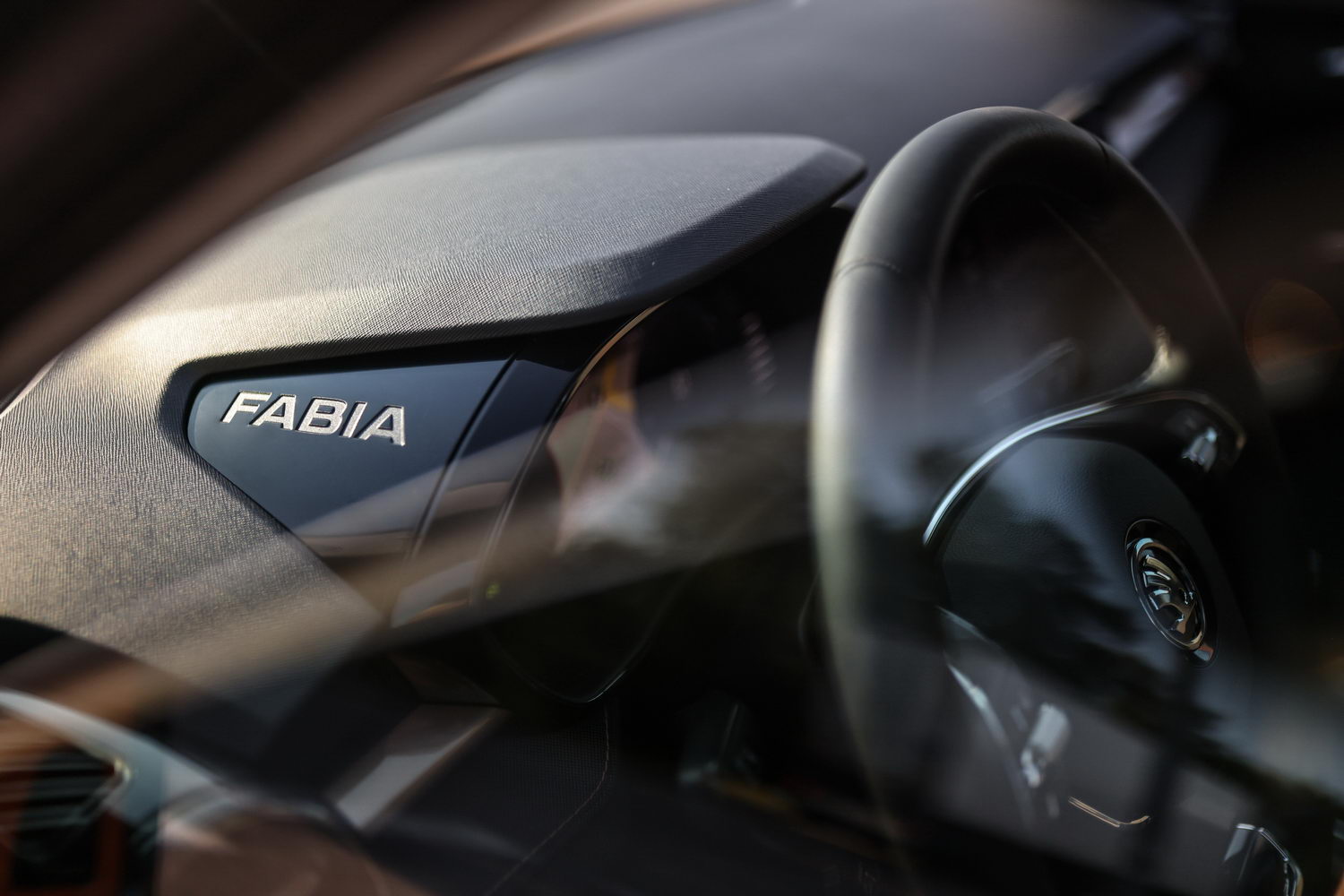 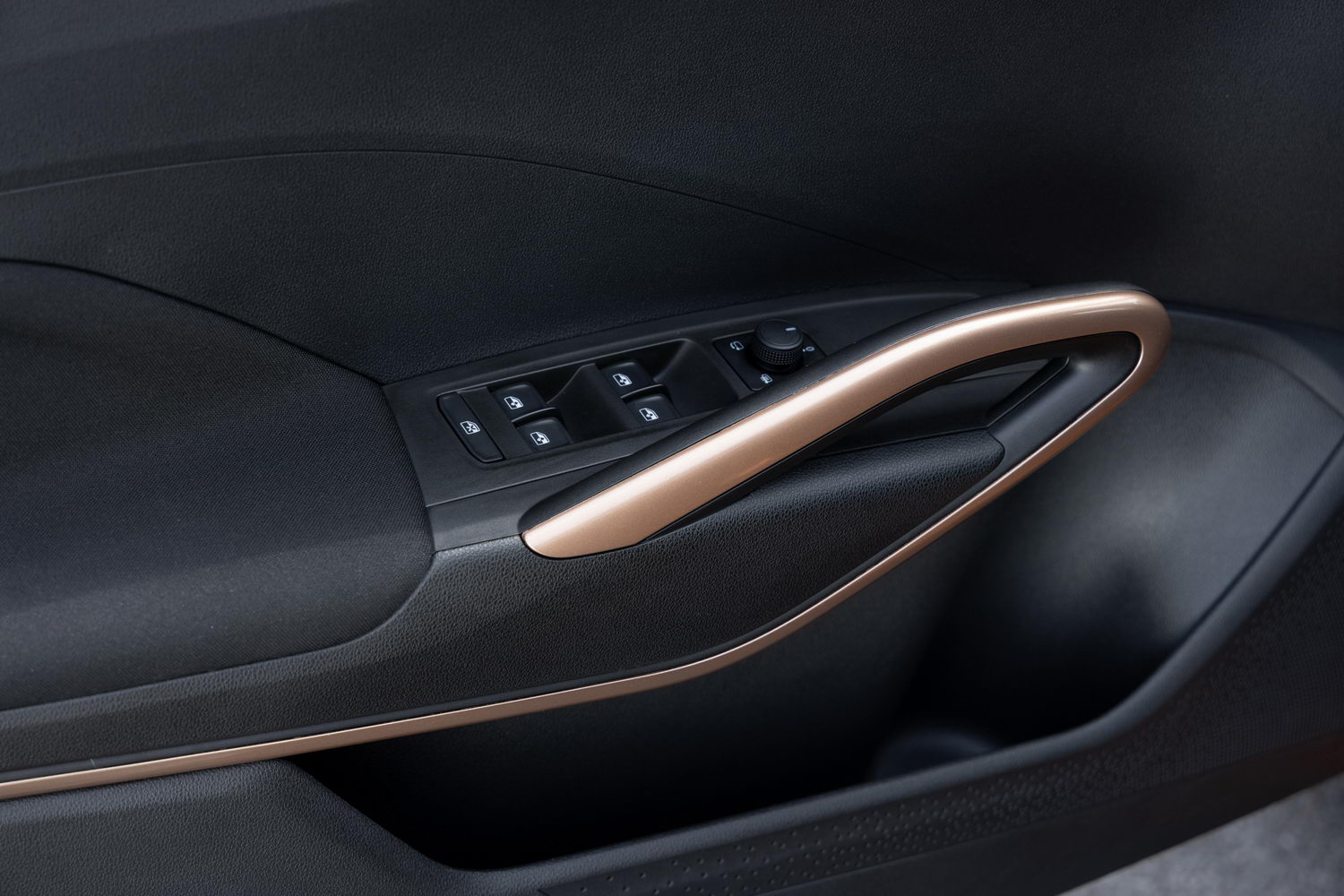 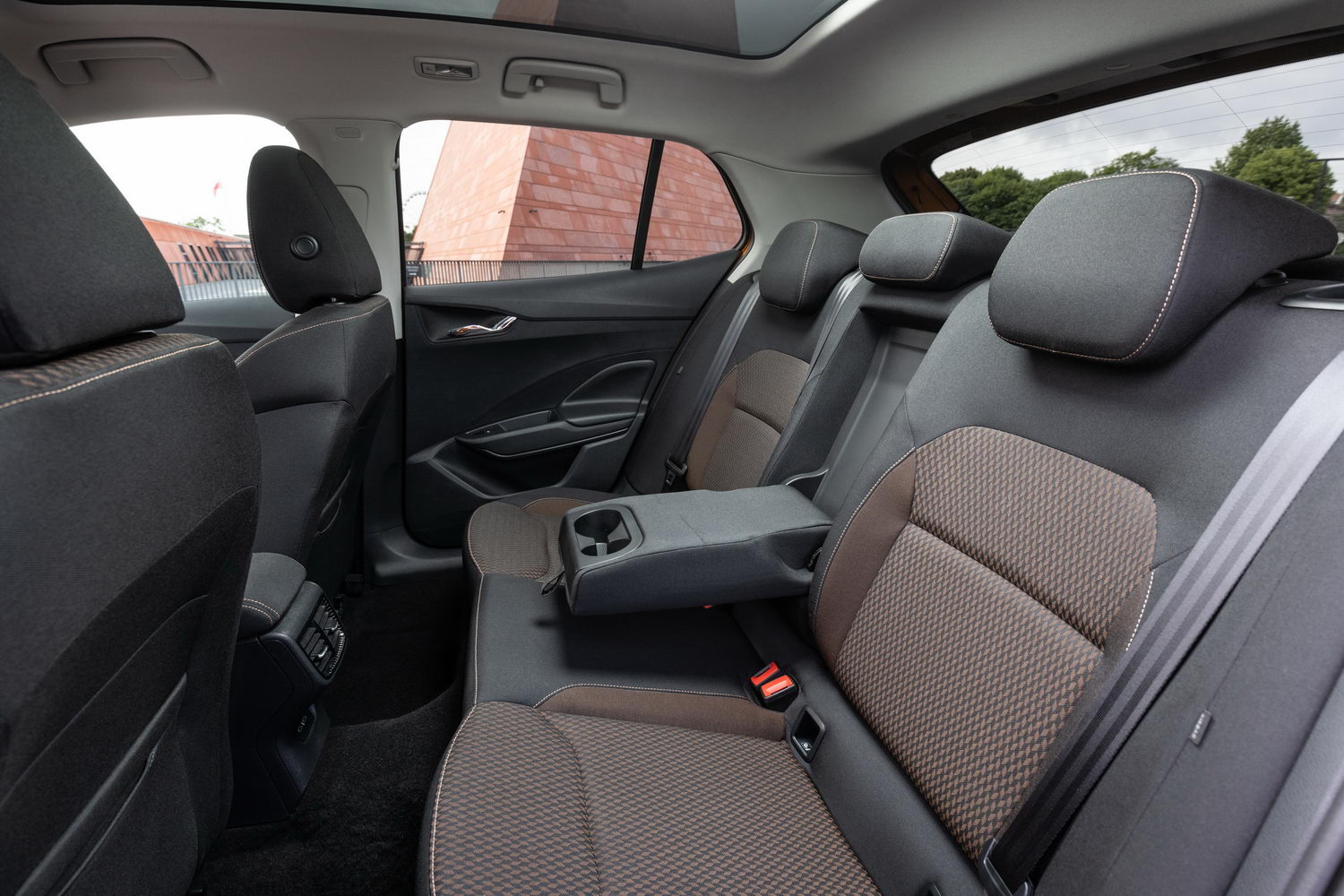 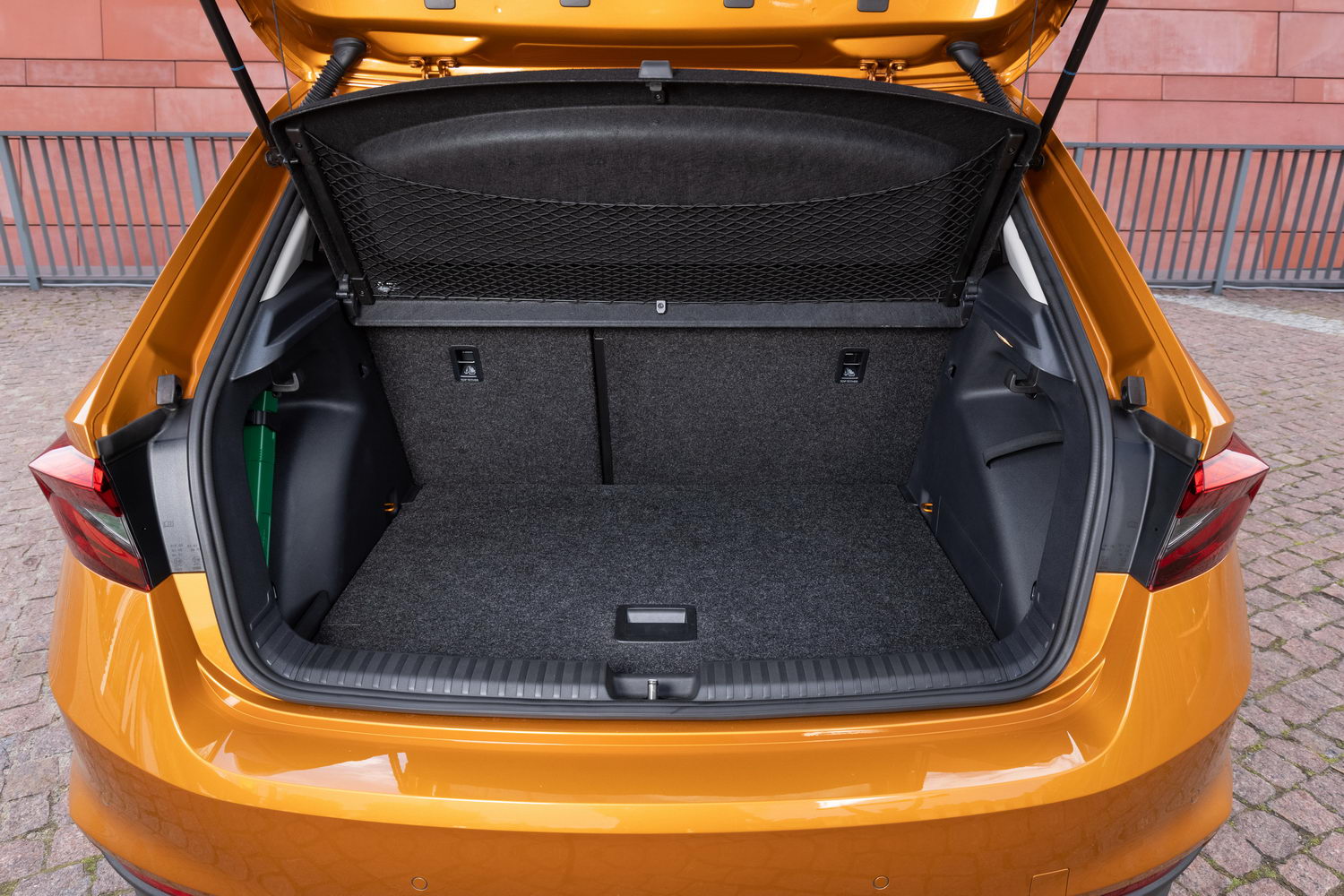 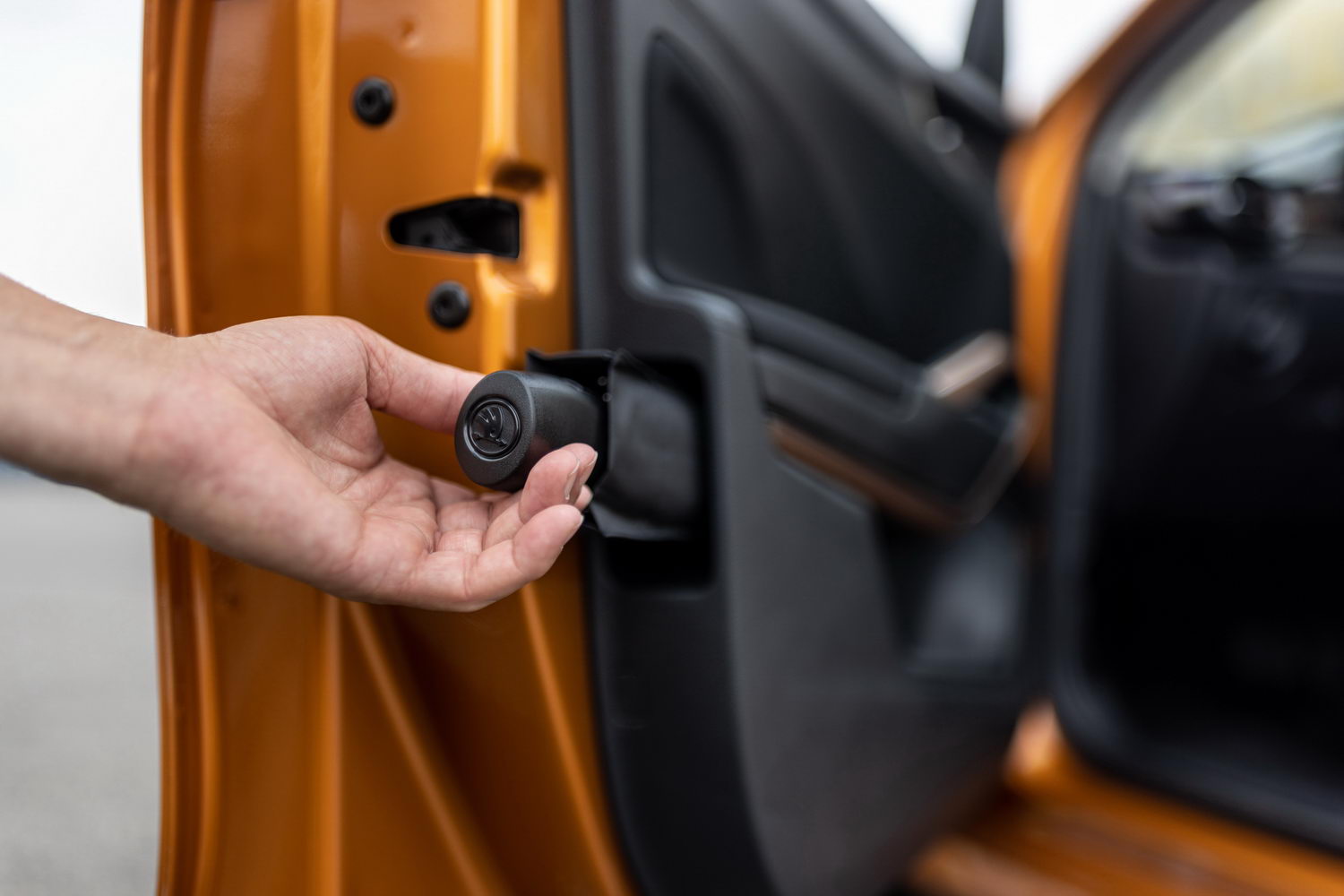 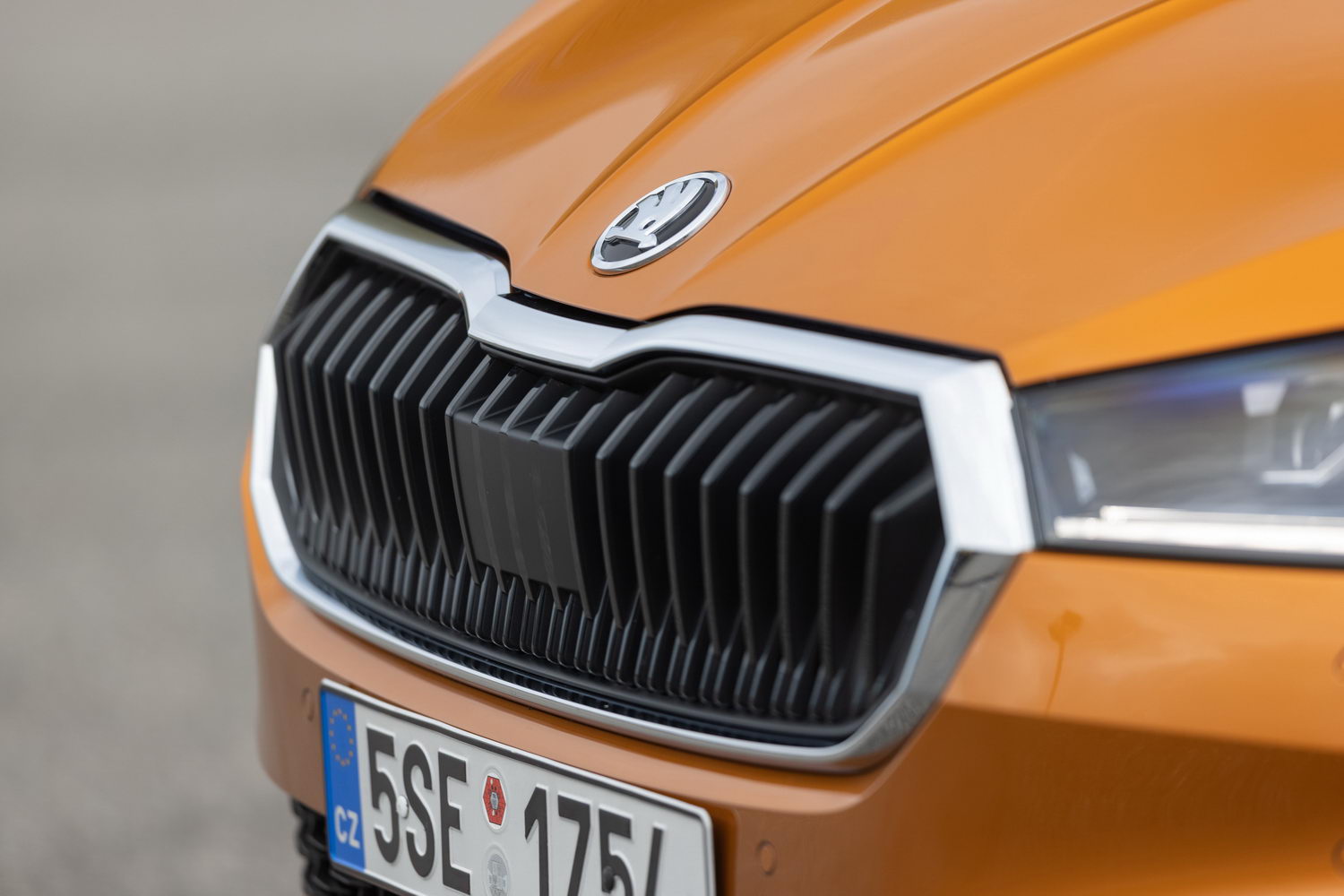 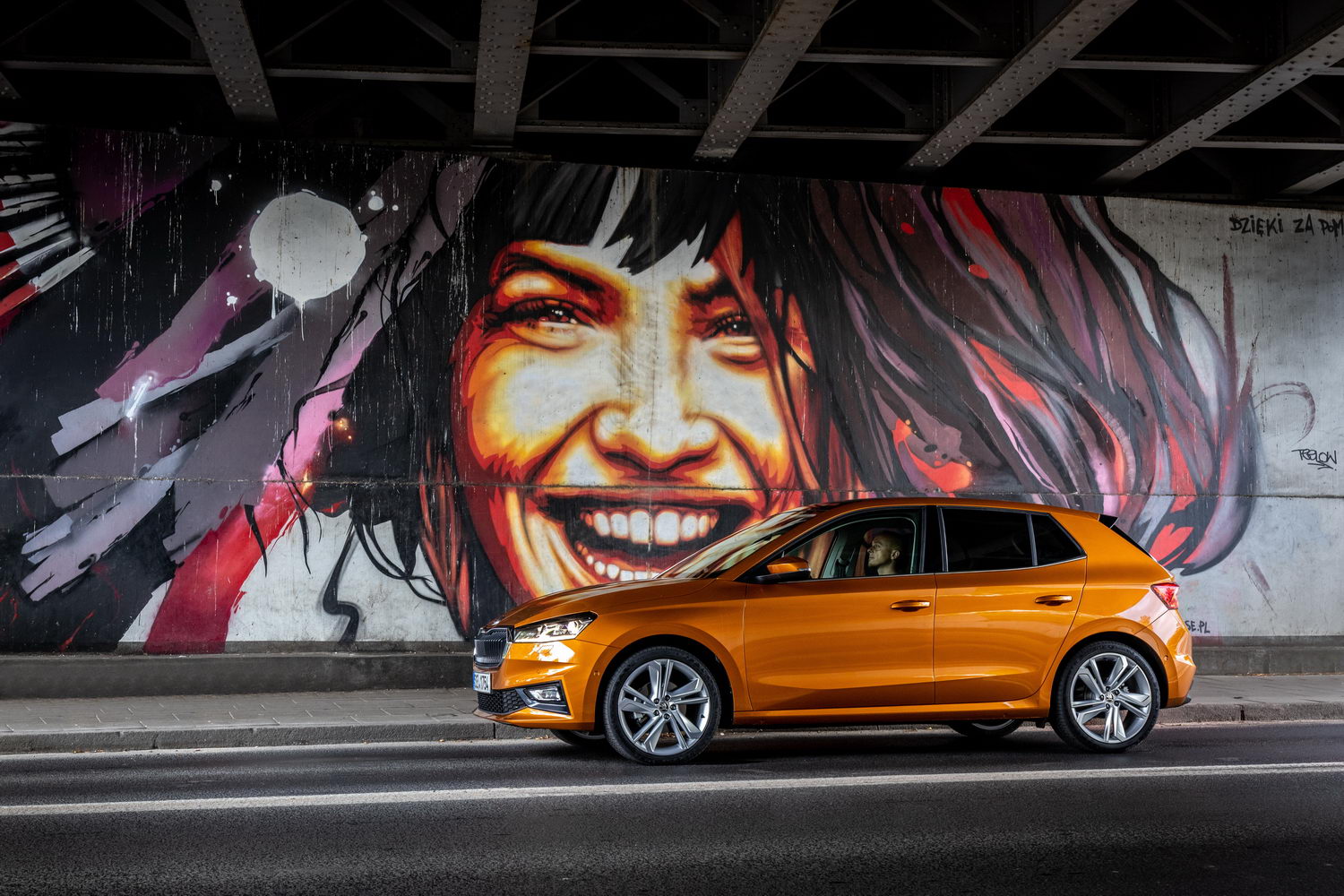 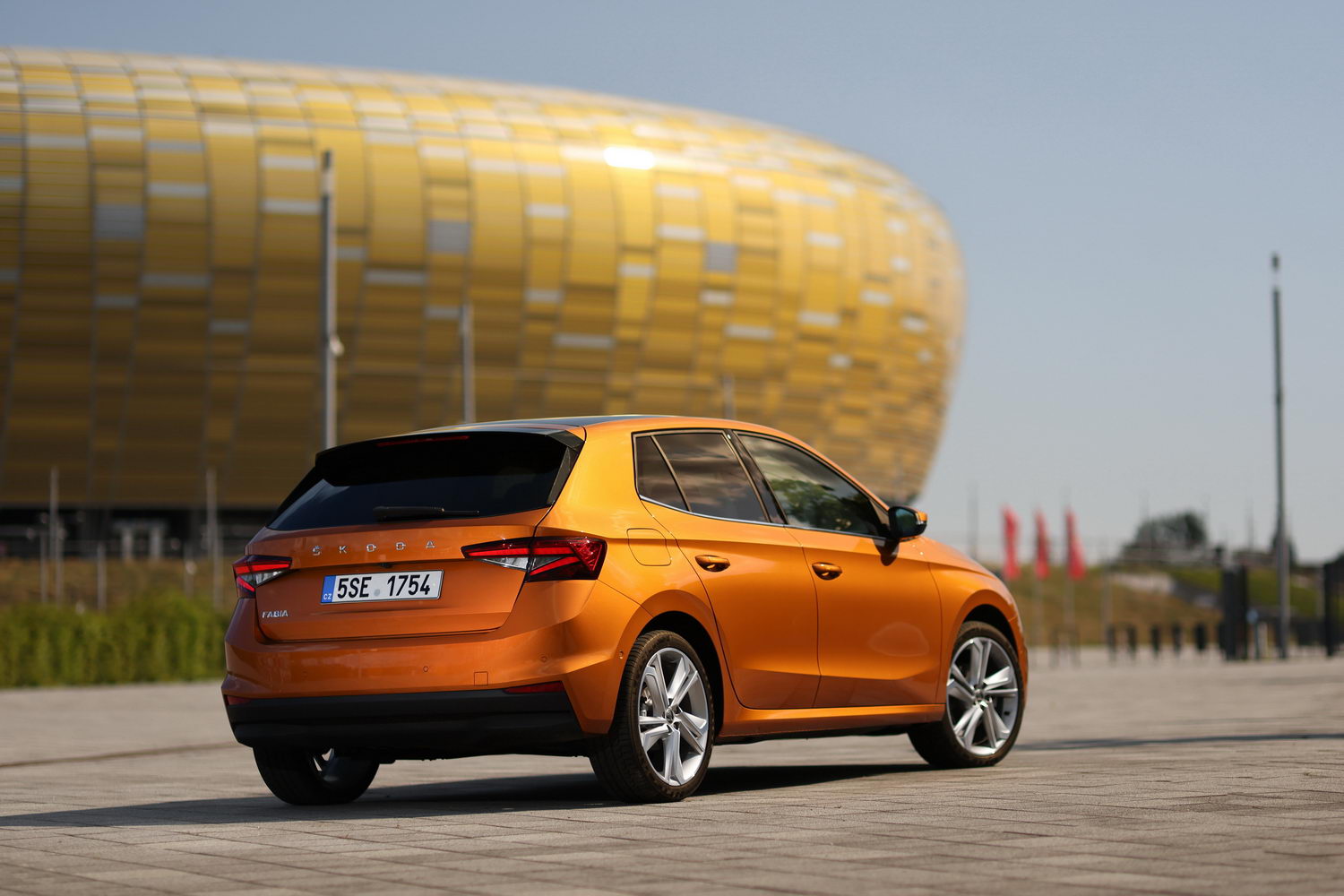 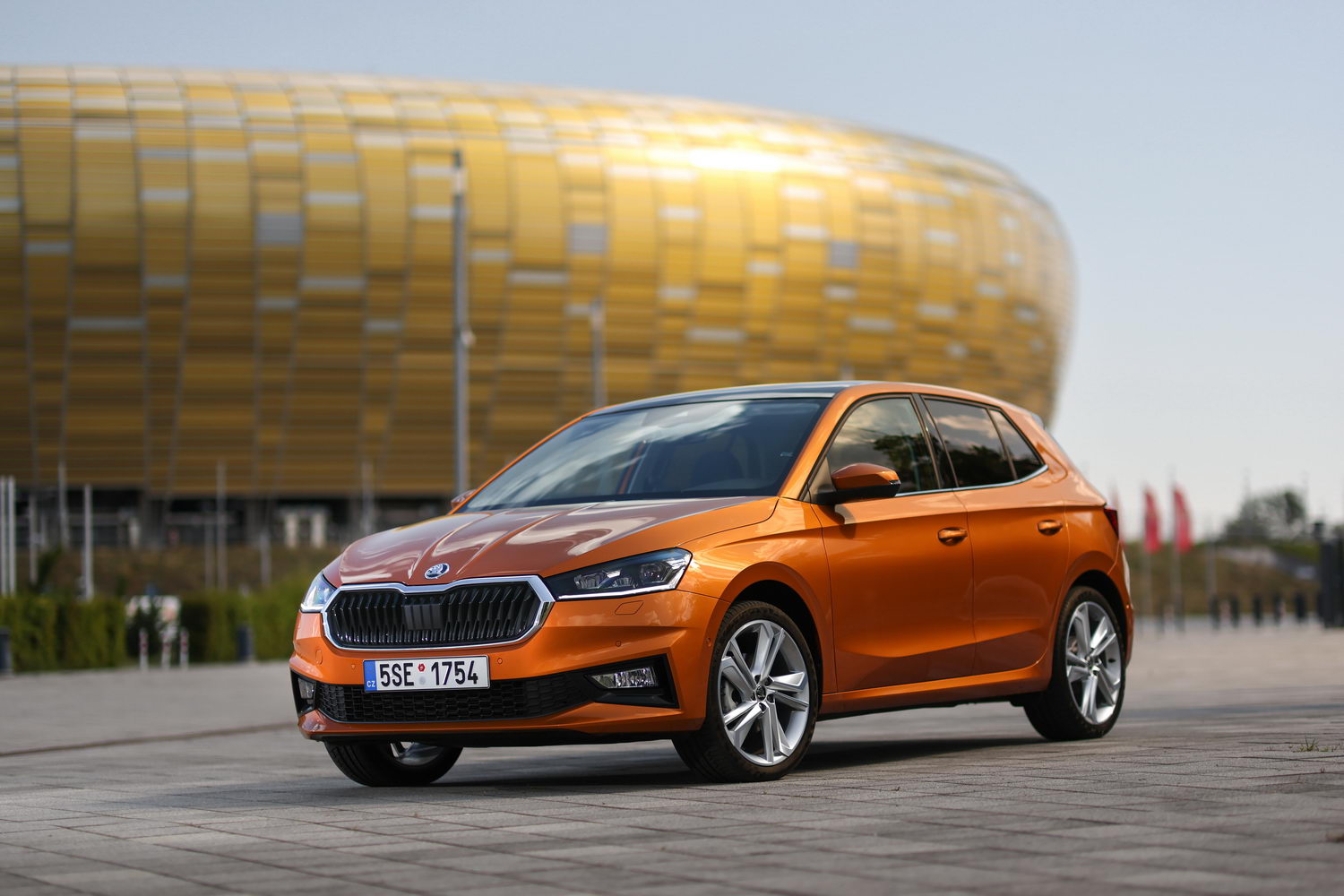 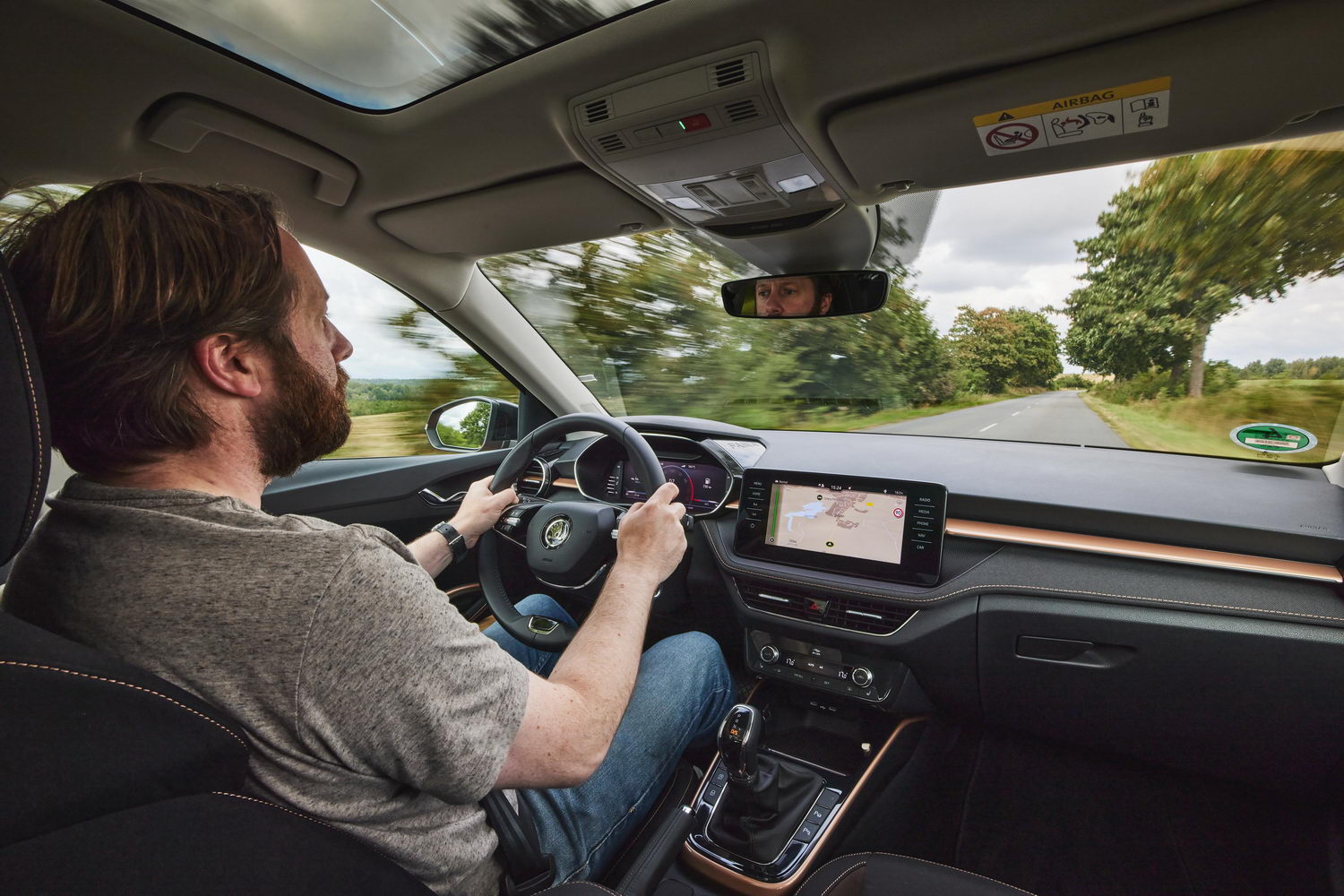 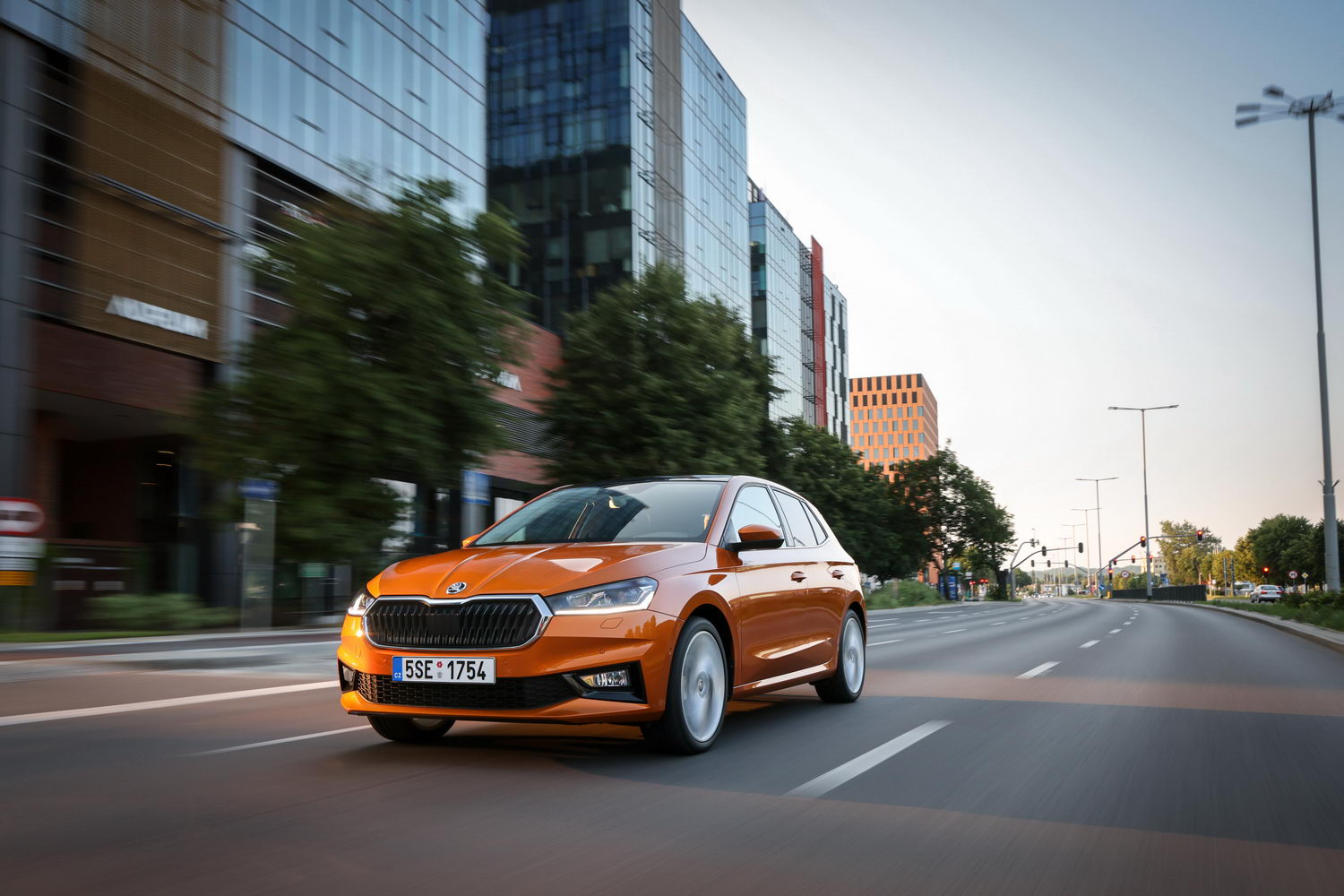 The Skoda Fabia has grown, maturing into a car that can span segments - and worry a lot of the competition.

This fourth-generation Skoda Fabia marks the biggest change in the compact hatchback's history. By growing in all directions it loses the upright look of its predecessors and evolves into an attractive hatch that comfortably rivals the Ford Fiesta, Toyota Yaris and Volkswagen Polo.

You'd be forgiven for thinking that the Fabia was something different as the new model has dropped the tall, slightly awkward styling of its precursors in favour of a design more typical of larger C-segment hatchbacks like the Ford Focus. The Fabia's broad grille and crisp lines add to the car's presence on the road, something not many others in the segment can command.

Tipping past four metres in length means that, even though the Fabia is Skoda's smallest car (the Citigo is no more), it's far from tiny. One benefit of this stretch is that there is now more passenger space inside, especially for those sitting in the rear. Skoda also can now boast one of the largest boot sizes in the segment; at 380 litres it matches the larger Volkswagen Golf and is an increase of 50 litres over the outgoing model.

Sit inside and (depending on specification) you're greeted by a layout that is an excellent blend of functionality, style and a lots of practical features. In this instance the car is fitted with a 10.25-inch digital instrument display that has five different configurable screens. As standard the car gets clean looking analogue dials with a smaller display in the centre to show relevant information like driving data. A trio of touchscreen displays for the infotainment system will be available, ranging from 6.5- to 9.2 inches, the latter including gesture control. Skoda equips the centre console with two USB-C charge ports and there is the option of a wireless charging pad, while two more USB-C ports are available for those sitting in the rear.

The switch to an all-petrol line-up does the Skoda Fabia no harm and, among the different engines we sampled, the 1.0-litre TSI Evo is the sweetest, when paired with the seven-speed DSG automatic gearbox. For the most part it operates smoothly and quietly, with ample performance on tap to pull the Fabia along with ease. The 110hp unit is the more powerful of the two versions of the TSI engine available. A 95hp variant is available but only has a five-speed manual gearbox, whereas this engine gets the DSG or a six-speed manual.

While its predecessor was a good car, this new Fabia feels that little bit more polished and is nice and solid on the road. The suspension isn't overly firm, and it deals with surface imperfections well. Our car was equipped with 17-inch alloy wheels (18-inch items are available) and didn't noticeably hinder ride comfort. The steering feel is light but not in a way that leaves it seeming disconnected from the front axle. Most people should like how responsive and manoeuvrable the Skoda is, and visibility all-round is good, especially at the rear.

In traffic we did find that the engine's stop-start system was a little slow to restart, a minor annoyance in an otherwise solid performance. The three-cylinder engine is responsive and suits the Fabia well. It's worth mentioning that this unit is also a little quieter than the naturally aspirated MPI engine, though both maintain a characterful three-cylinder engine thrum under heavier acceleration.

Away from town and out on the motorway the Fabia holds its own. At 120km/h it remains surefooted, while this 110hp engine makes motorway journeys that bit easier. There isn't too much in the way of road noise, either. We found the other engines to be slower at getting up to speed and the lack of a sixth gear is noticeable, too.

Pricing and specifications for the Skoda Fabia won't be confirmed in Ireland until closer to the car's arrival towards the end of 2021. The same specification grades will apply to the new model as before, though with an increase in size and quality we expect that the price will also creep upwards.

An increase in size is welcome for the new Skoda Fabia and it positions it in a way that could easily tempt some people to downsize from larger cars. It doesn't concede on practicality either and the interior quality has moved up a notch from its predecessor too. If you're in the market for a practical hatchback, the Fabia should be on your shortlist.

Ford Fiesta 1.0 EcoBoost ST-Line review
Ford Fiesta vs. Skoda Fabia 1.0 TSI (2022): the Fiesta has the best chassis and is the most engaging car to drive in the segment hands down, but it doesn't feel as capacious as the Skoda. 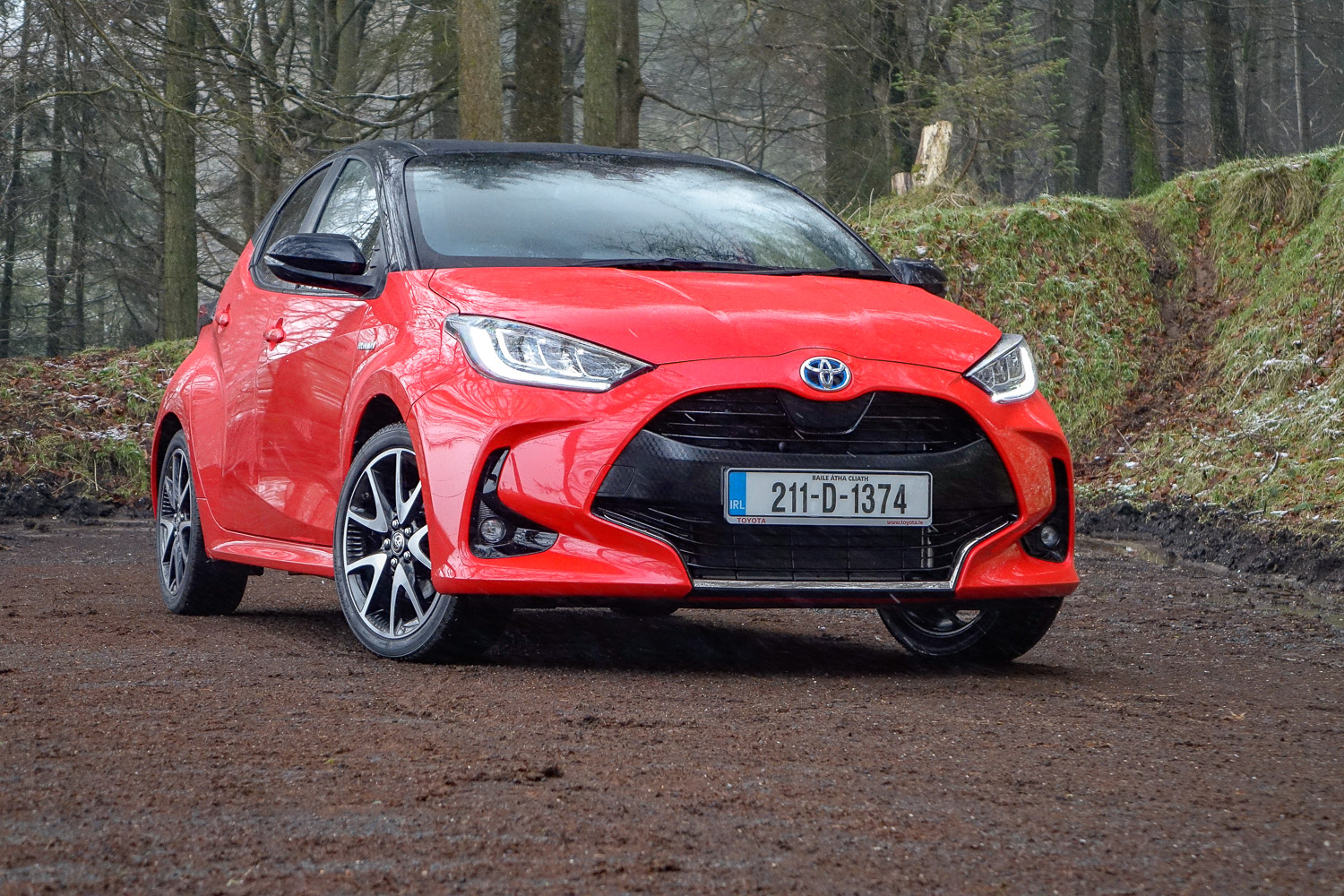 Toyota Yaris Hybrid (2021) review
Toyota Yaris vs. Skoda Fabia 1.0 TSI (2022): the Yaris has an advantage over the Fabia in terms of availability of a hybrid model, which makes it even more economical around town. The Toyota is just as good to drive, but much smaller inside and in the boot. 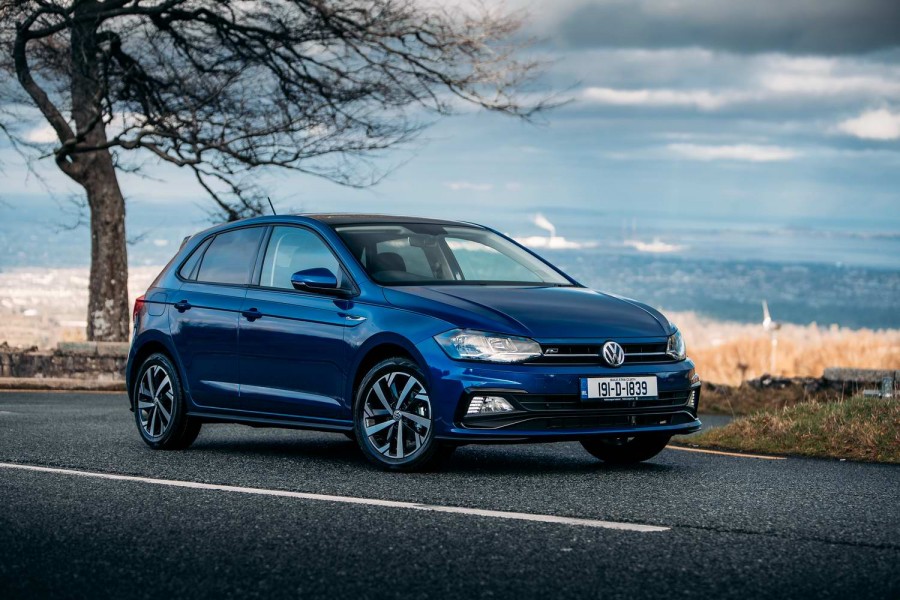 Volkswagen Polo TSI R-Line (2019) review
Volkswagen Polo vs. Skoda Fabia 1.0 TSI (2022): the Polo is perhaps a little more refined, but isn't a cheap car these days and doesn't seem like good value next to the Skoda. Otherwise they're closely matched.