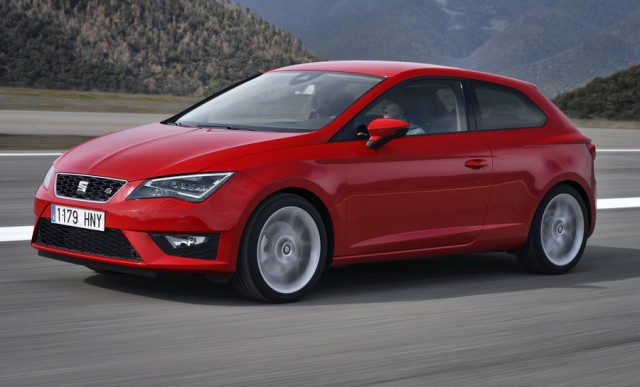 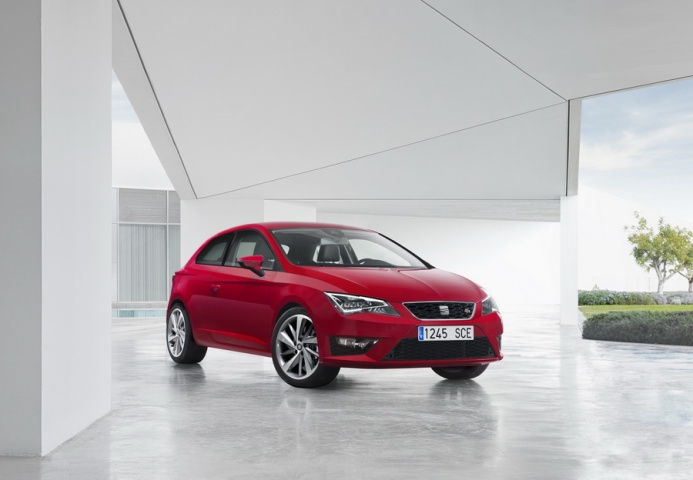 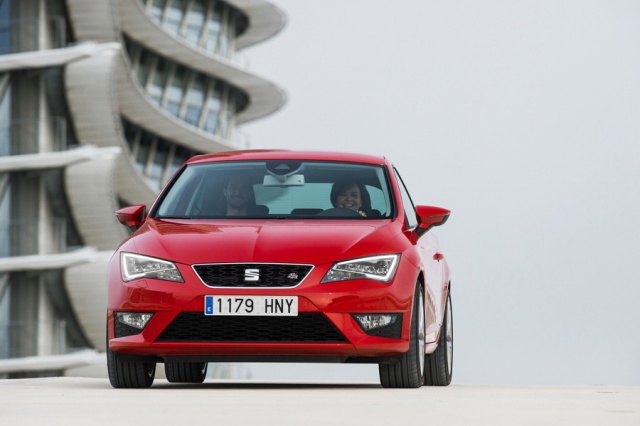 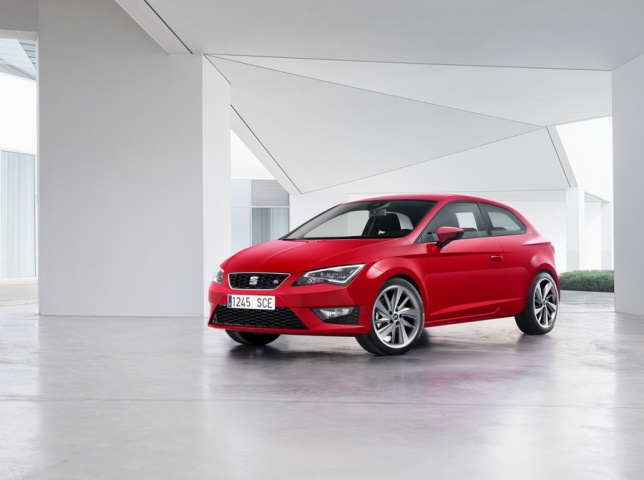 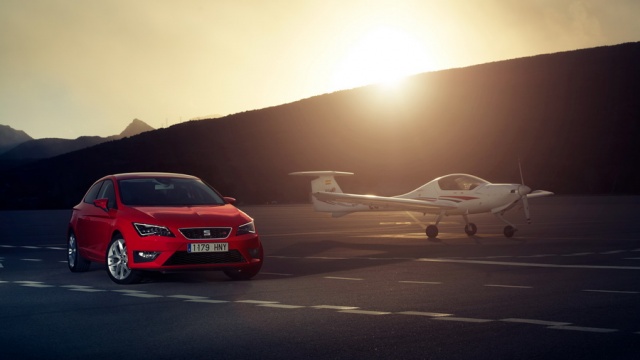 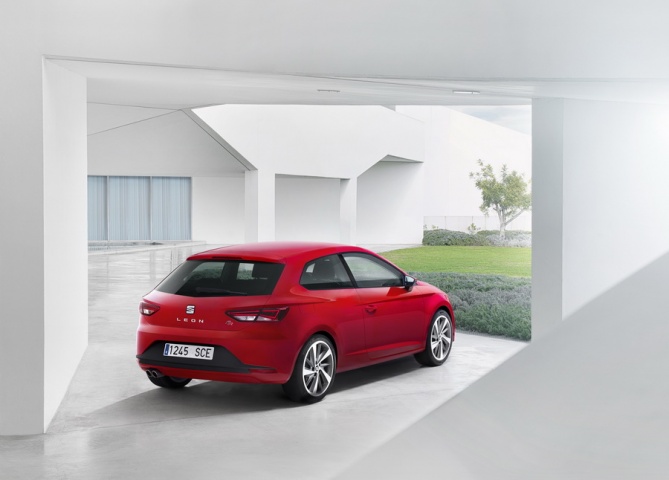 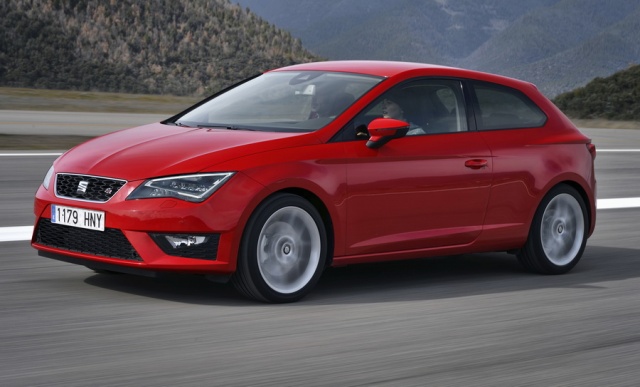 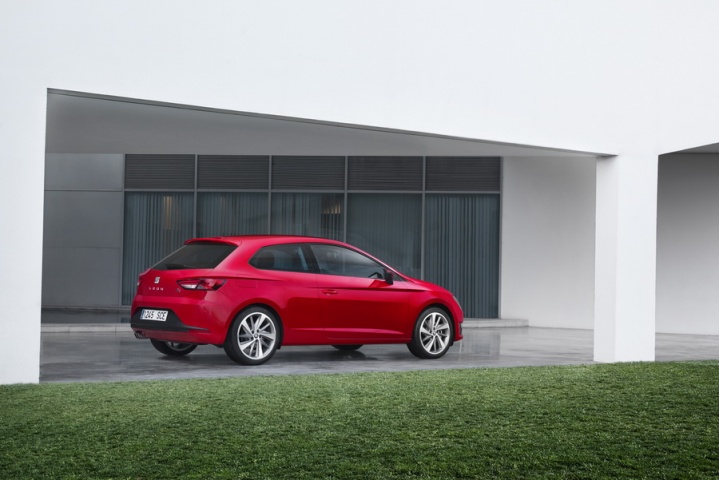 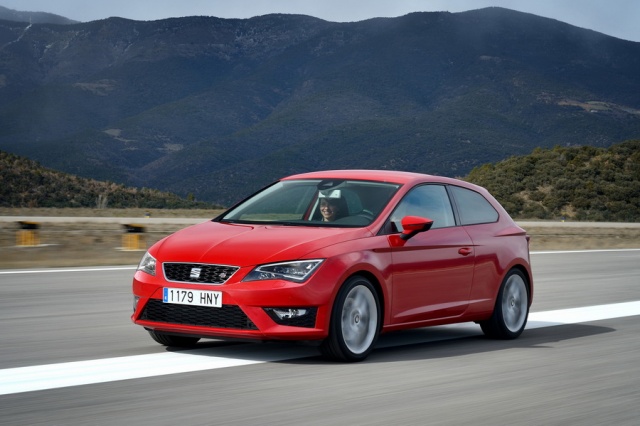 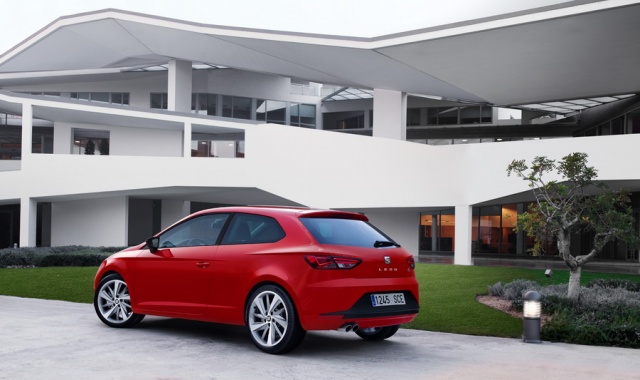 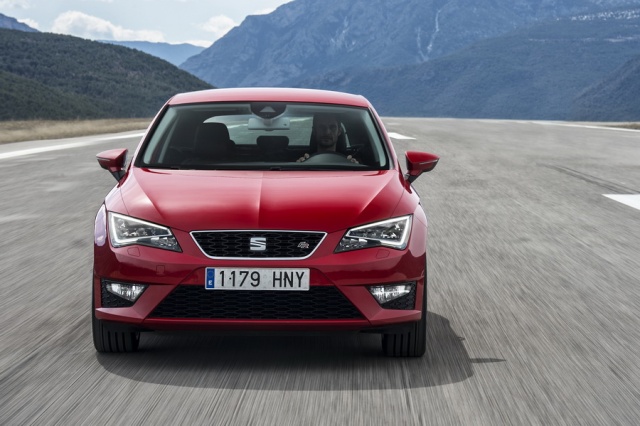 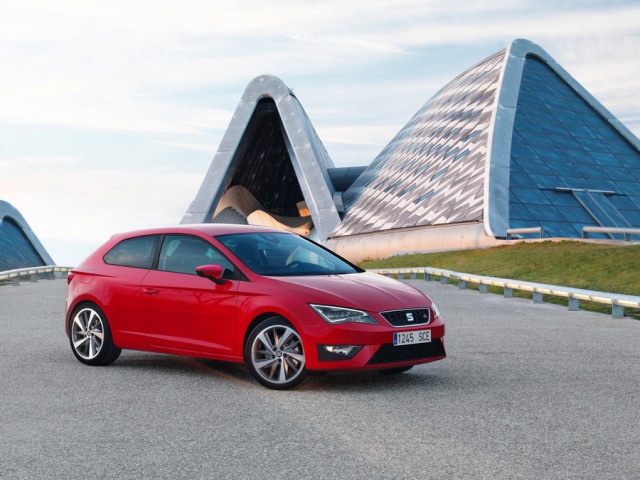 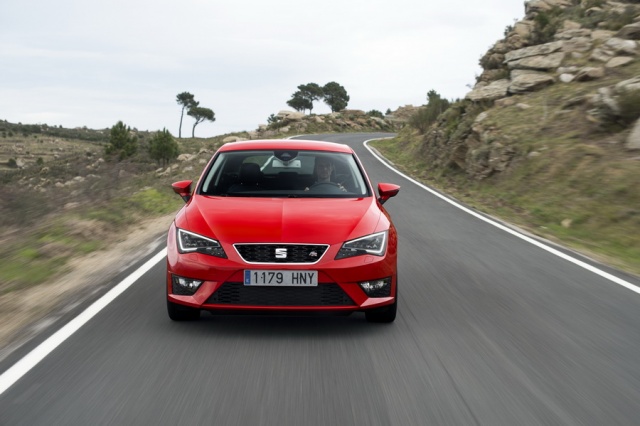 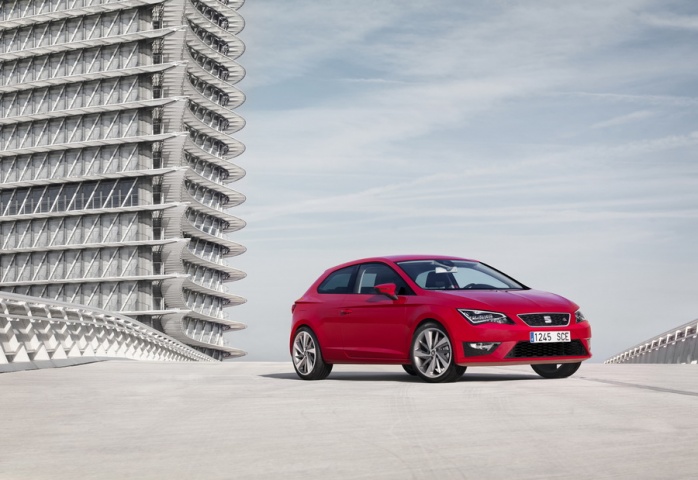 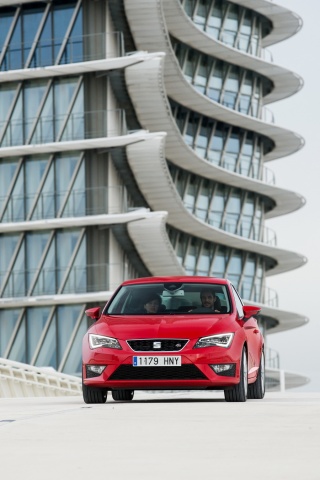 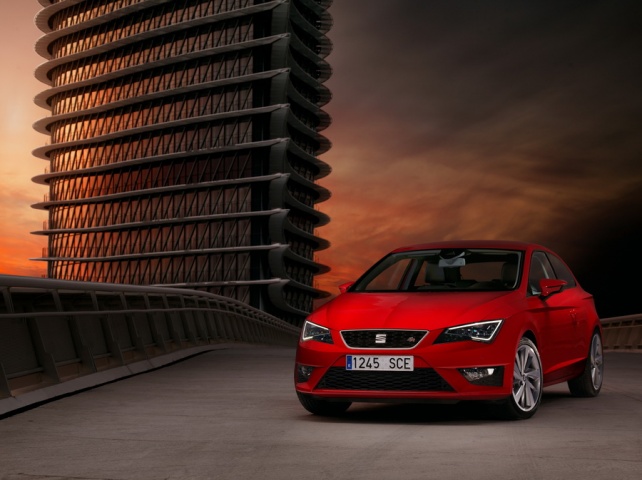 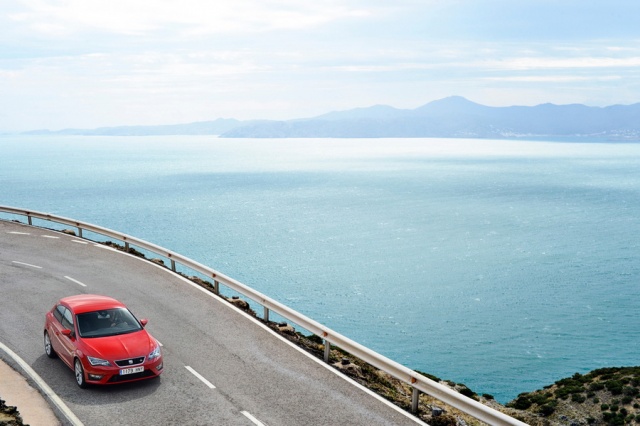 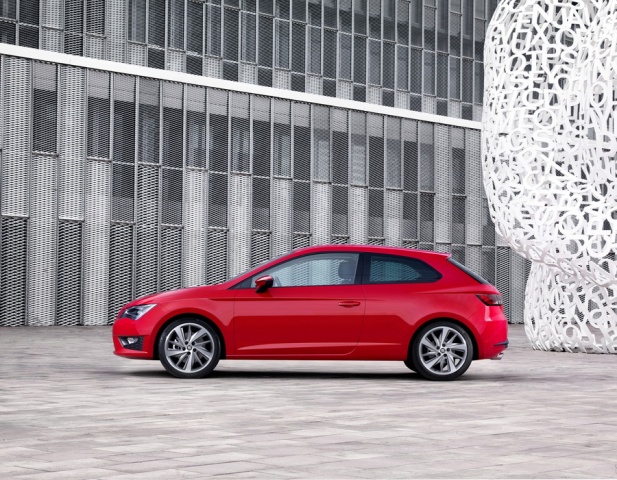 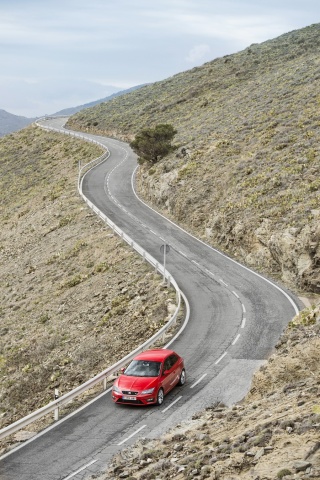 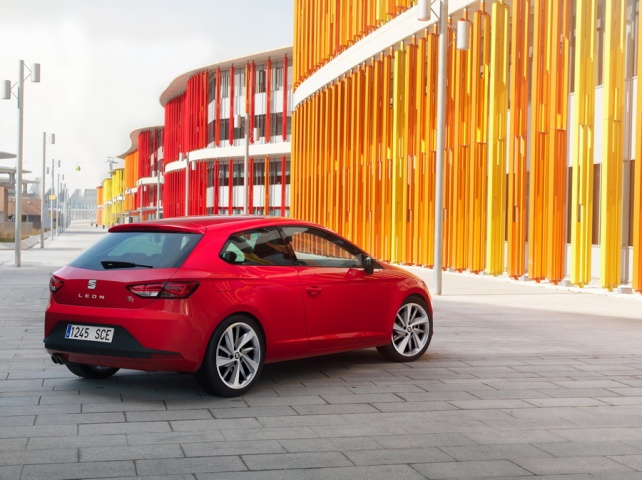 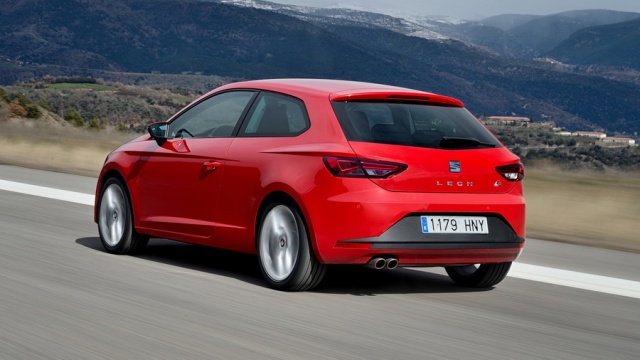 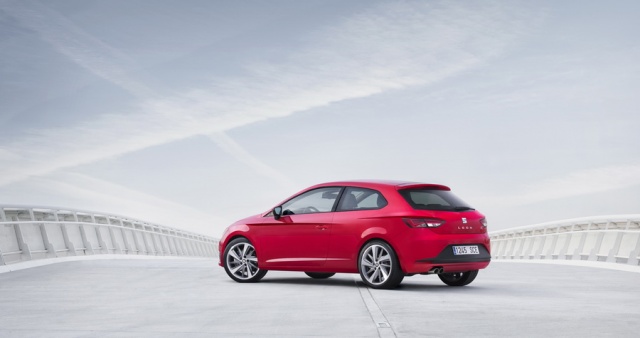 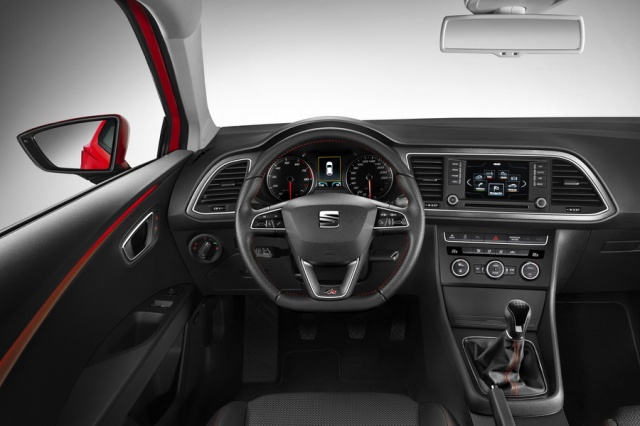 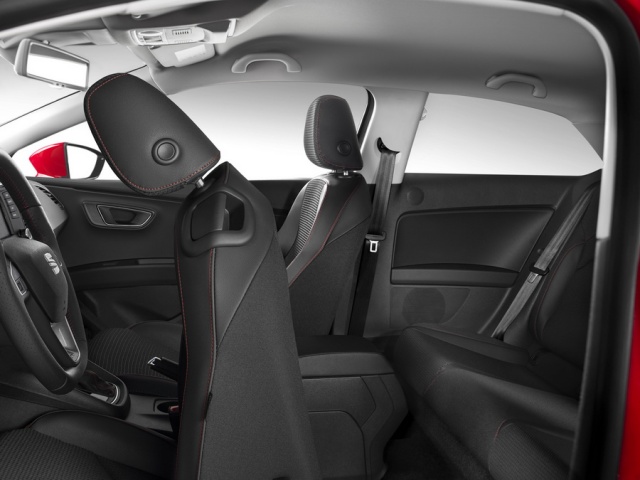 Does the FR version of the new SEAT Leon SC live up to its sporty looks?

No longer is SEAT being seen as the runt of the Volkswagen Group litter and the new three-door Leon makes the strongest statement yet to back that up. Never before has the Spanish brand offered a three-door version of its flagship model, but can it really rival its close relative, the Volkswagen Golf?

You really must tip your hat to the design team in SEAT with regard to its recent work, and the Leon - appearing for the first time ever in three-door form - is undoubtedly its best work to date. The gently sloping roofline contrasts well with the taut lines along the shell of the Leon SC, something that its designers are particularly proud of - and they claim it represents advances in body panel manufacturing never seen before.

Although the SC bears much resemblance to its five-door sibling, there are in fact numerous subtle changes to the design. The roofline and rear window have shallower angles that help give the Leon a much sportier appearance while that theme is reinforced by the solid looking C-pillar. The wheelbase is 35mm shorter than the standard Leon's while FR spec adds 17-inch alloy wheels and sportier looking bumpers. The overall looks remain subtle but still make it stand out that bit more from the standard model.

Other features of note include front and rear LED lights with LED daytime running lamps that help give it a more premium look than the standard halogen units. The door-mounted mirrors not only improve visibility around the A-pillar, but, according to SEAT's 'enjoyneers', also help reduce wind noise at higher speeds. Integrated into the electrically folding door mirrors are some smart looking LED indicators and even tiny spoilers on the bottom, again to help improve airflow around them. Those 'enjoyneers' really did seem to be especially proud of the mirrors! On the inside, some subtle FR branding can be found on the leather-trimmed multifunction steering wheel, while the predominately black interior is broken up by some nice ambient lighting. This is linked to the 'Drive Profile' system and changes from white to red when Sport mode is activated. The dash is just slightly angled towards the driver and is quite intuitive to use from the moment you sit into the car. A 5.8-inch colour touchscreen is a slight step-up from the standard five-inch system that is seen in lower trim levels and offers all the expected MP3, WMA, USB and SD card functionality. The sport seats are quite comfortable; although if anything I would say they aren't quite as figure hugging as the sporting intentions of the FR might suggest.

The previous SEAT Leon did come in for some heavy criticism in the past for having poor outward visibility, particularly due to the chunky A-pillars bracing the windscreen and this is an issue that SEAT has addressed with this new model. It claims that visibility is increased by 12.5 per cent thanks to a narrower A-pillar and it is certainly an improvement.

As the Leon FR is currently the sportiest of the range naturally some driving representative of this would be required but for the first part of the international launch we drove the car in more realistic everyday city conditions. The FR does gain specific suspension that, despite giving a slightly firmer ride, is still compliant over speed bumps and uneven roads that are more likely to be experienced in Ireland.

On more open sections of road the Leon FR's 1.8-litre turbocharged engine was able to stretch it legs and though the 180hp seems adequate on paper the engine feels like it is being held back slightly. Perhaps that is an intentional move by SEAT to create enough of a gap for when the hotter Leon Cupra comes along.

As witnessed in other cars, the MQB platform system upon which the Leon is built proves to be an excellent foundation, but the FR does feel to be lacking any real dynamic qualities in the suspension department, despite it being tuned to suit this particular model. If you attack a series of corners with any kind of fervour it soon begins to get a bit sloppy and allows a little too much slip to instil any real confidence to push the car hard, even with the presence of the XDS electronic 'differential'. There is just enough feedback through the steering, although the rack could do with being a little quicker, while the front end does suffer from a degree of understeer, combined with a vague feeling and perhaps is something that may be alleviated with the fitting of stickier tyres.

In the cold light of day the Leon FR did leave us a little disappointed in the performance stakes and doesn't seem to be quite sporty enough to be the sort of car that you would want to get out in on a Sunday morning to go for a drive. Although it is generously equipped mechanically as well it still ultimately feels more like 'just' another trim level rather than a Leon with sportier DNA.

Value really does seem to be one of SEAT's trump cards of late and the FR continues this. At €26,475 the 1.8 TSI variant may be one of the most expensive models in the line-up but it does still return remarkably good fuel economy for this type of engine - SEAT quotes 5.7 litres per 100 kilometres while squeezing into tax band B2 with CO2 emissions of 132g/km for the DSG automatic version.

Given the current swing towards diesel powered cars the 1.8 TSI petrol engine may be of greater interest to the more serious driving enthusiasts, but considering how much more economical it now is compared to a similar engine five or so years ago it does represent decent value. That said there are now equally refined diesel engines that do offer greater low down performance and ultimately shouldn't be ignored, even by 'purist' drivers.

The benefits of being part of the greater Volkswagen family are really starting to show through now for SEAT. The Leon FR may not be the most engaging of cars but does bode well for a Leon Cupra should one arrive in the future.