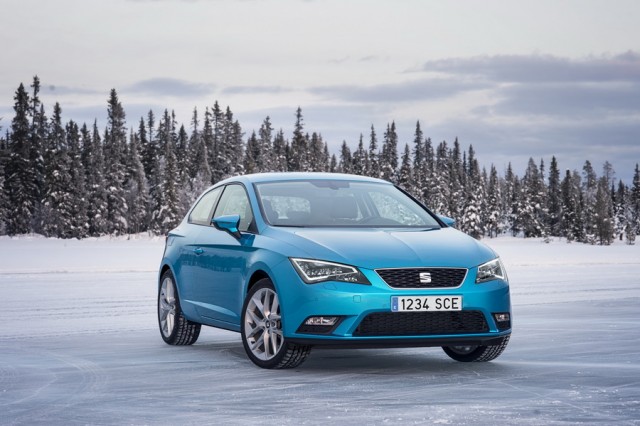 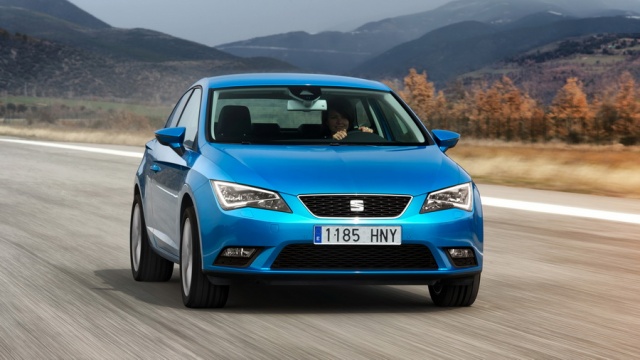 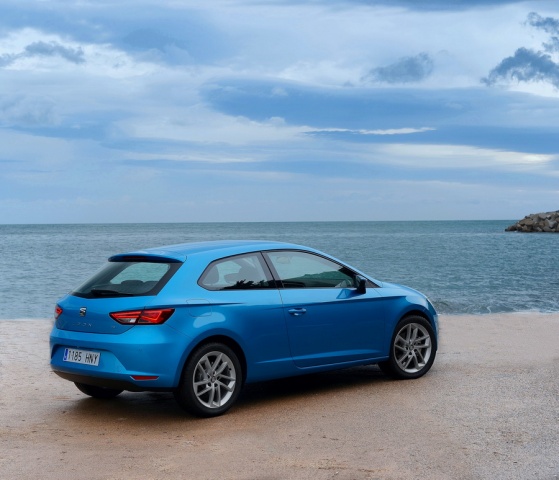 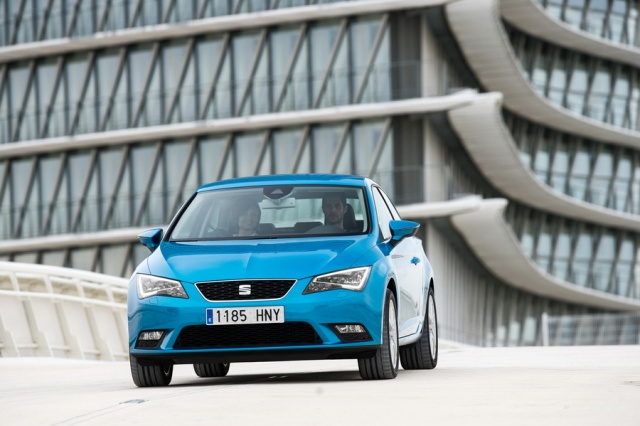 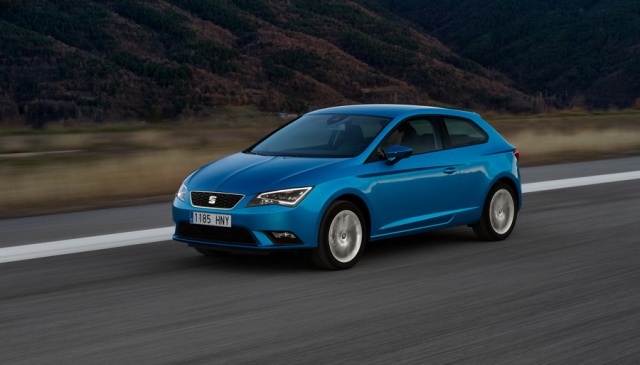 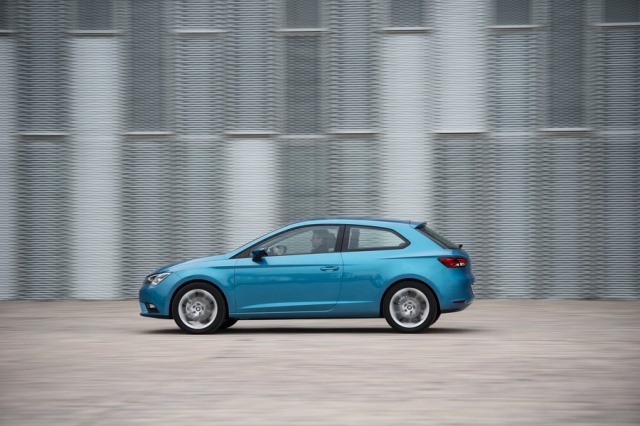 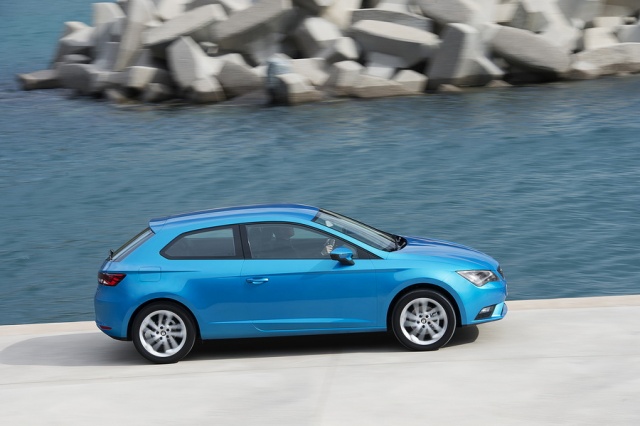 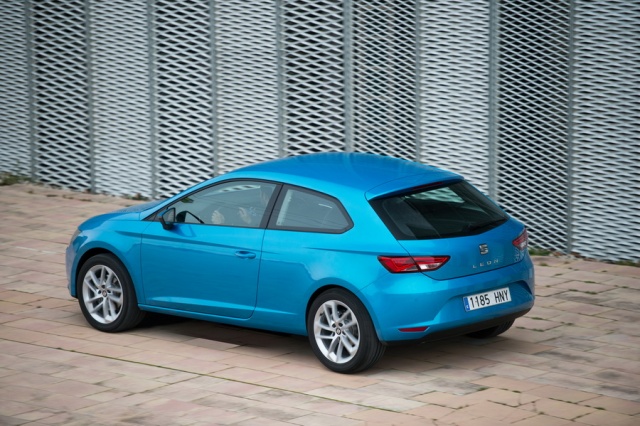 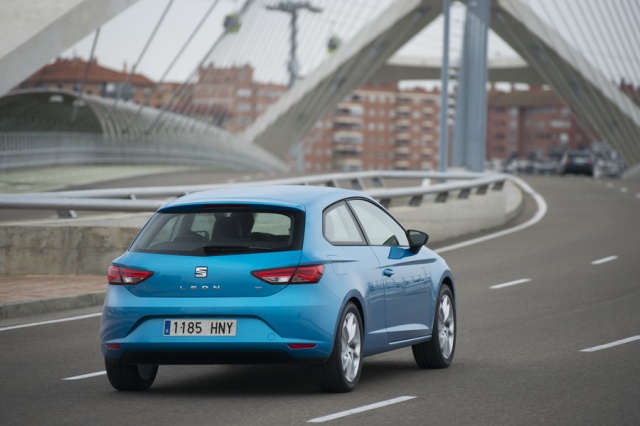 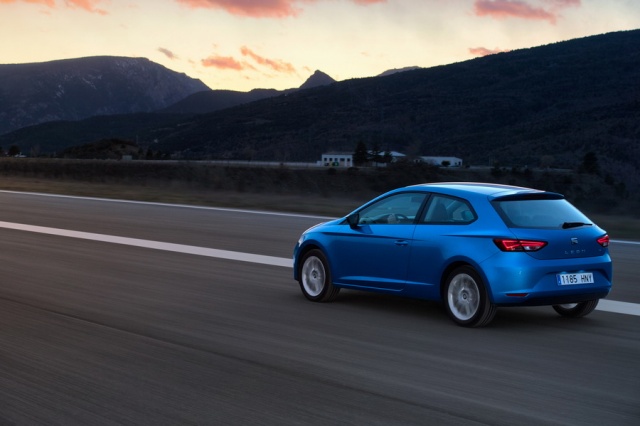 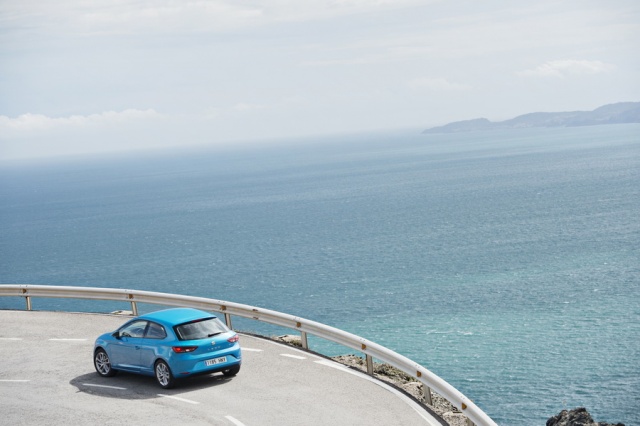 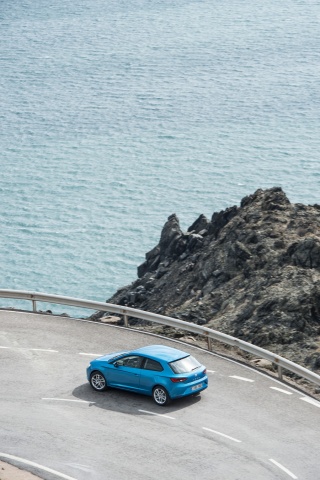 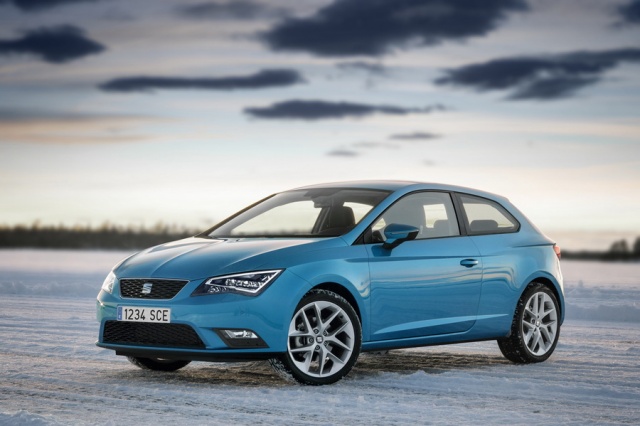 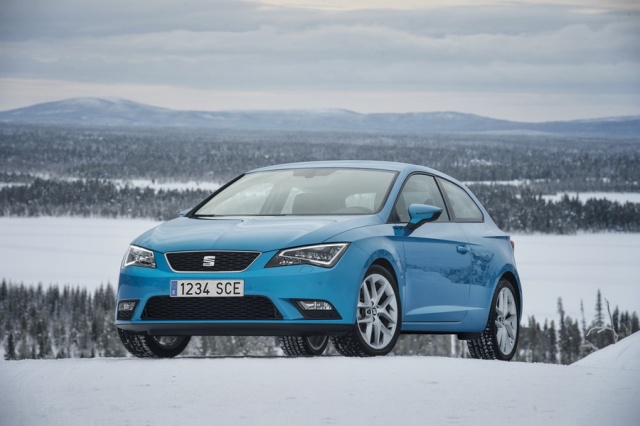 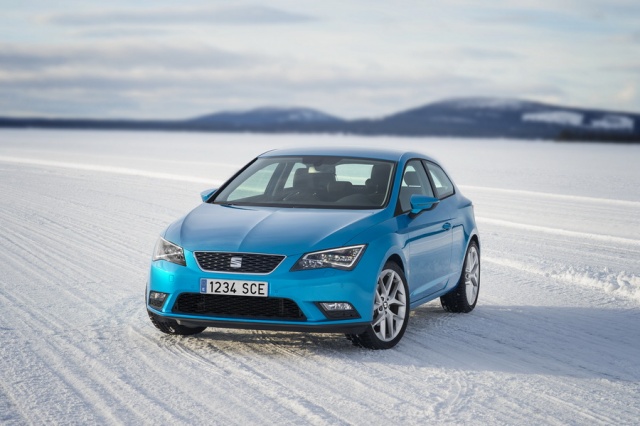 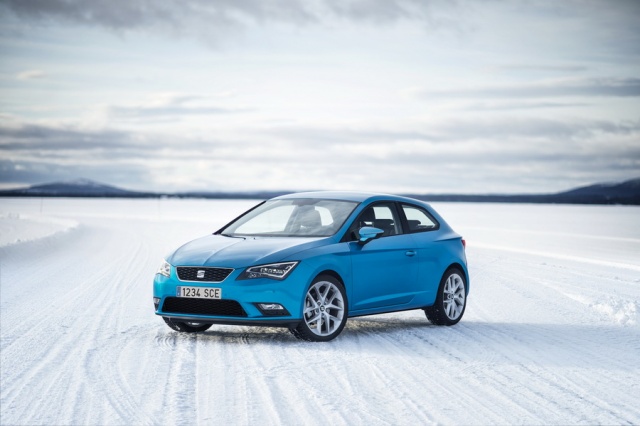 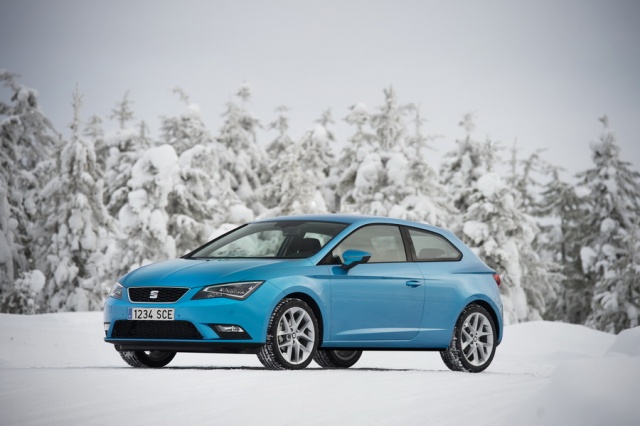 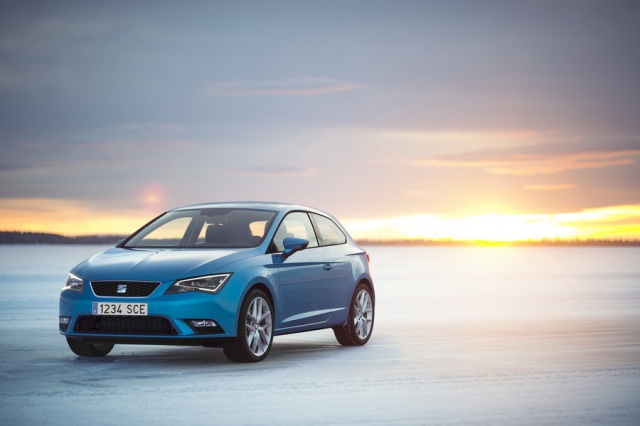 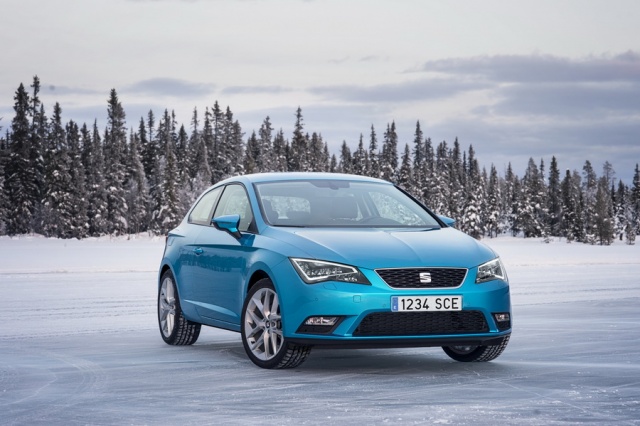 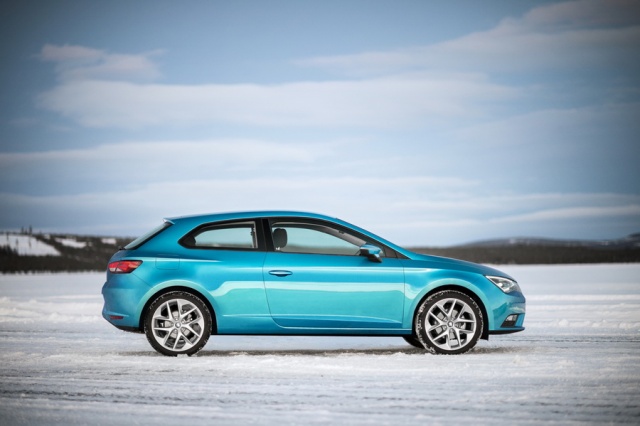 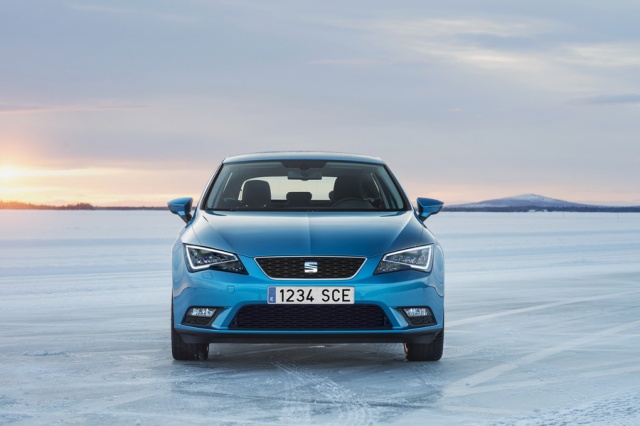 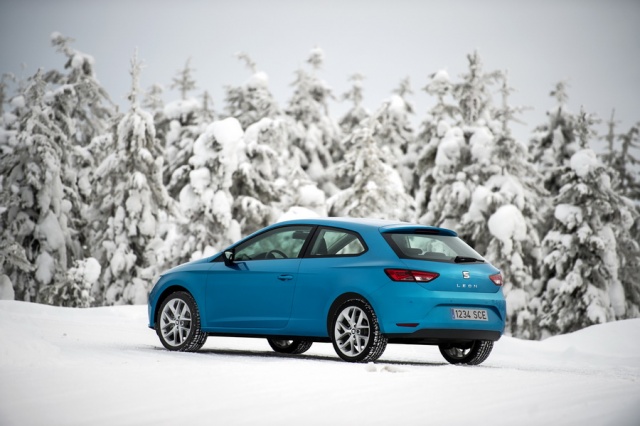 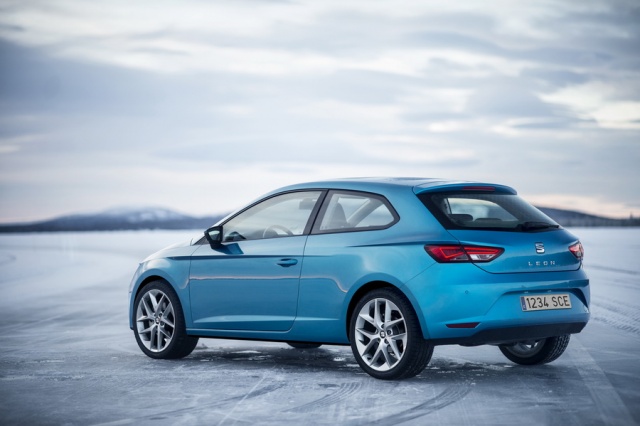 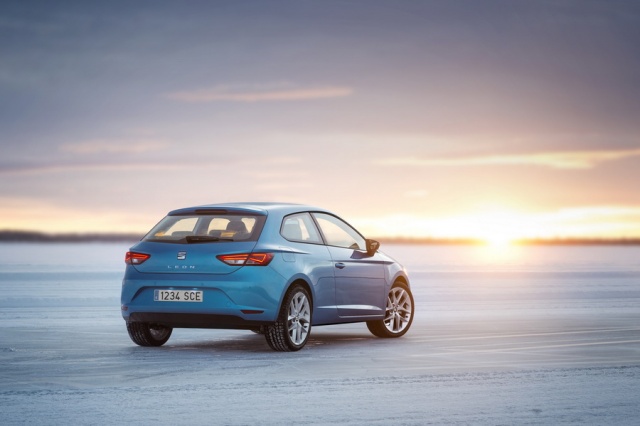 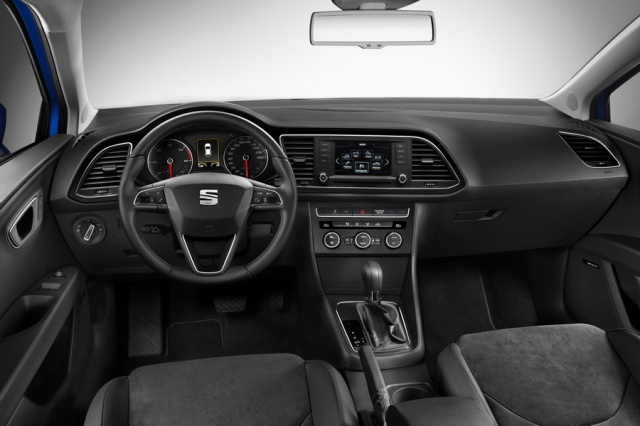 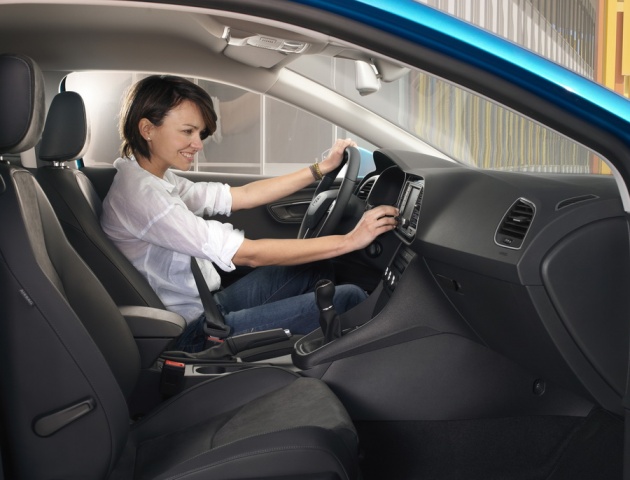 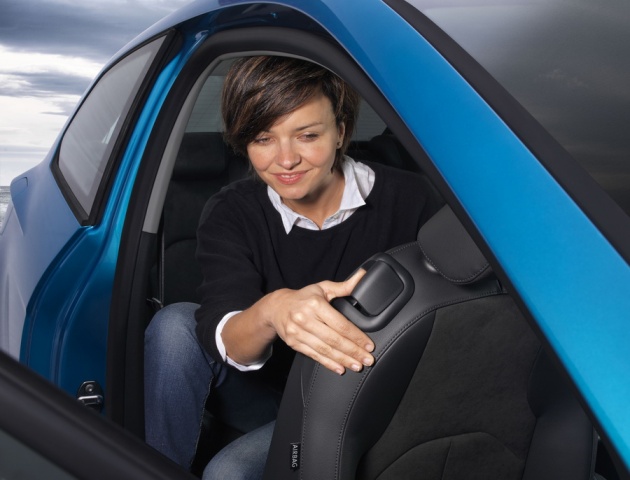 SEAT ups the style on its three-door SC, but still make it look like great value.

Good: good value and one if the best looking cars in its class, fuel economy.

Not so good: engine can be a little bit noisy.

In the past SEAT made a concerted effort to design its Leon to appeal to a wider audience by giving it the appearance of being a three-door model, but subtly locating the rear door handles into the window frame - in a similar vein to what Alfa Romeo did all those years ago now with its 156. Perhaps it's a Mediterranean thing, but now that SEAT is under the watchful German eyes of Volkswagen, it has gone all out and created a dedicated three-door Leon - something it has never done before.

Thanks to the incredibly versatile MQB platform system the Leon SC is not just a standard Leon minus two doors. The wheelbase shrinks by 35mm, which has a minimal impact on interior space, but does help to give the SC slightly better proportions aesthetically. There is a multitude of other minor design features that help distinguish this three-door variant. For example, SEAT's engineers managed to further enhance the look of the door frames by reducing the rubber thickness in the seals to the point where it is now the thinnest in the whole Volkswagen Group. That's dedication for you. Other improvements that have been made include door-mounted mirrors that help reduce wind noise and slimmer A-pillars to help reduce blind-spots and improve visibility.

From an engine perspective SEAT has come up with a good variety for the range but the one that is likely to be the most popular choice, particularly in the Irish market, is the 1.6-litre TDI diesel, which is the subject of this review (you can read our first drive of the Leon SC with a 1.8-litre TSI engine here). The 105hp TDI engine is undoubtedly one of the most frugal of engines and provides a very good balance between everyday useable performance and expected fuel economy. The fact that it falls into tax band A3 (€190) will be something that appeals to buyers, although when you look at the 2.0-litre TDI engine that is offered in the FR model (and produces 184hp) it costs just €20 extra per year to tax. That said there is a €3,420 price difference.

The middle 'Style' trim is quite well appointed on the interior and includes the kind of options that the majority of buyers would want to go for in a car like this. Cruise control and air conditioning, two items that many consumers hate having to pay for, are standard equipment, while Bluetooth also comes included from the factory allowing the driver to operate his mobile phone via the multifunction steering wheel.

On the road, the standard suspension (as opposed to the FR suspension you get in the next trim level) gives quite a comfortable ride and is well damped so it should cope well with Irish roads. The steering gives accurate feedback but neither does it really like to be hustled too hard - 'sportier' drivers take note. The cabin is quite well insulated from road noise while that 1.6-litre TDI engine is relatively quiet unless being revved hard. The materials used on the interior are hard wearing and feel solid, but overall the cabin is lacking a little in the style of the exterior. That said the build quality is very good on the cars we drove and are easily up to the Volkswagen family standard.

You will be able to buy the 1.6-litre TDI model in both manual and automatic guises, the latter via the DSG dual-clutch transmission. One thing that was noticeably missing in our test car with this DSG gearbox was the steering-wheel mounted paddle shifters. These are included in the 1.8-litre TSI variant, although it is still possible to manually change gears via the gear selector. Both of these transmissions also accommodate stop-start to help further improve fuel efficiency.

In a world where consumers often have to compromise the Leon SC does present a very good case especially in the Style trim level with this 1.6-litre TDI engine. Personally I would just go for the manual option and be happy with the €2,000 saving. Most importantly though, the Leon SC is now good enough to genuinely rival the more expensive Volkswagen Golf in more areas than just price.

Kia pro_cee'd: not officially on sale in Ireland as yet, but could certainly rival the Leon for looks, and judging by its five-door sibling should be a good driving package too.

Opel Astra GTC: still not a bad looker, though the interior design is dating quite a bit now.

Volkswagen Golf: still only available in five-door form, it is seen as the segment's top dog.