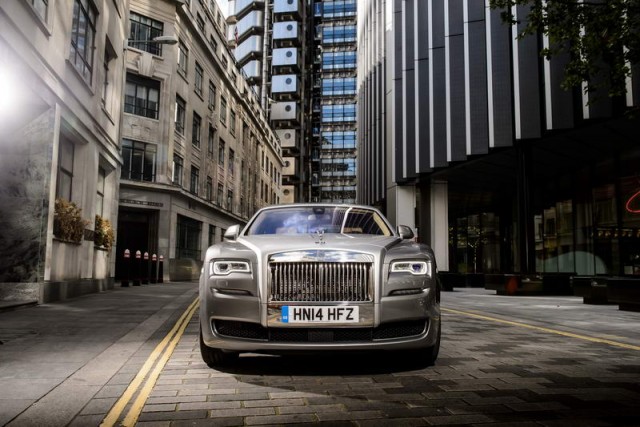 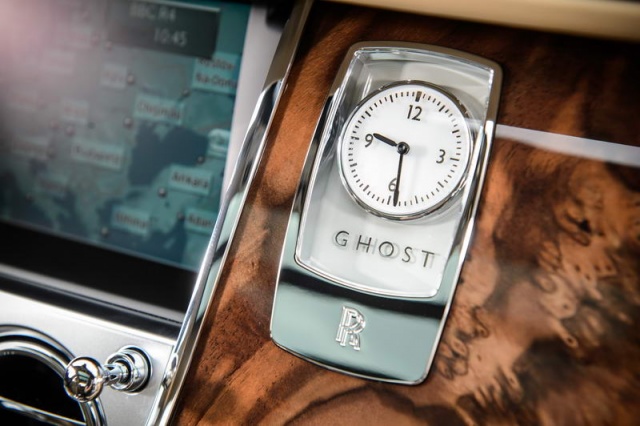 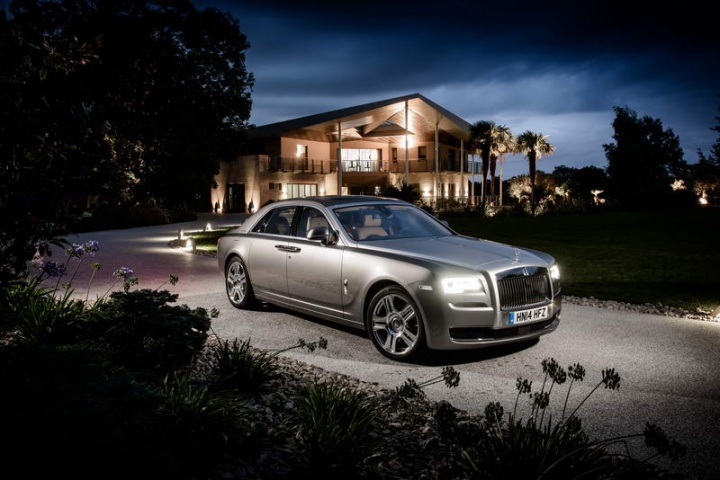 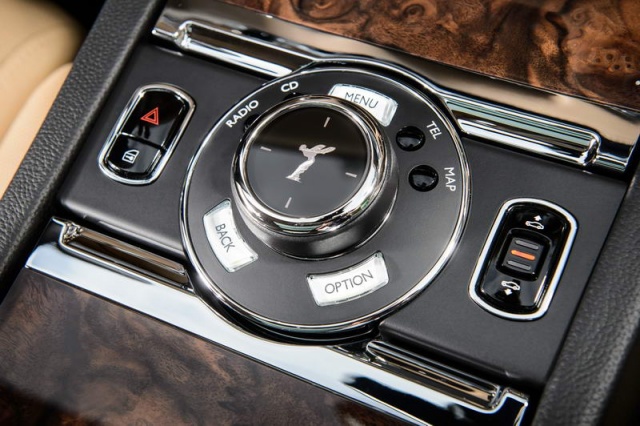 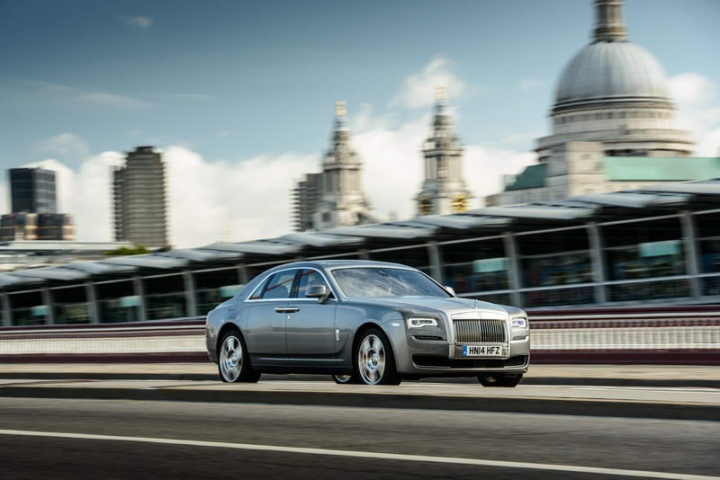 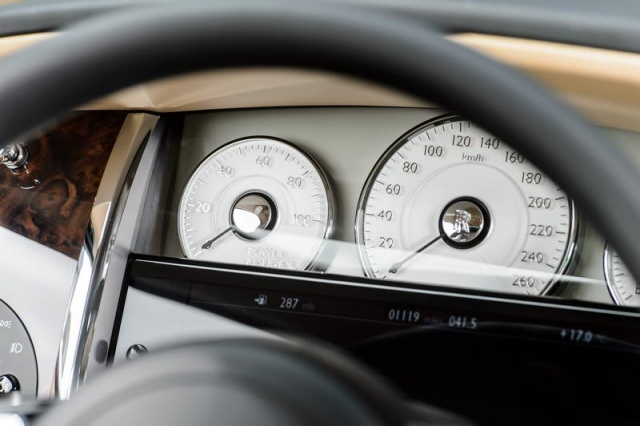 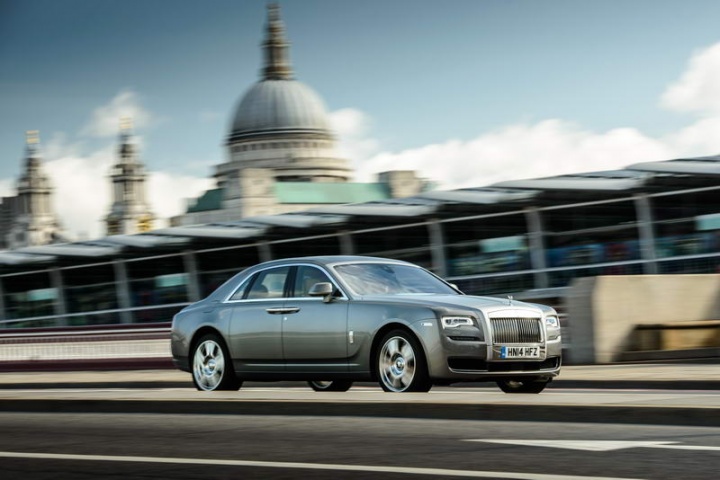 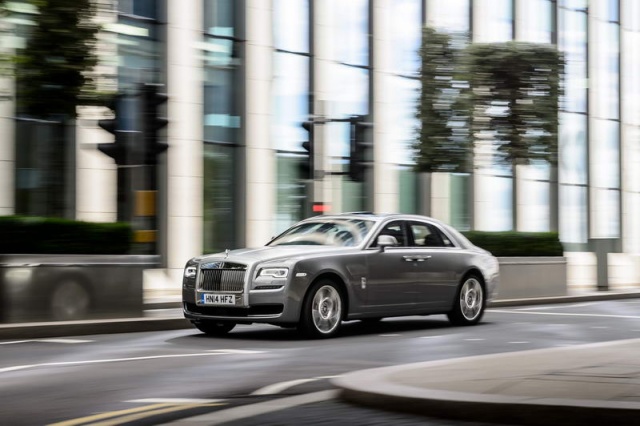 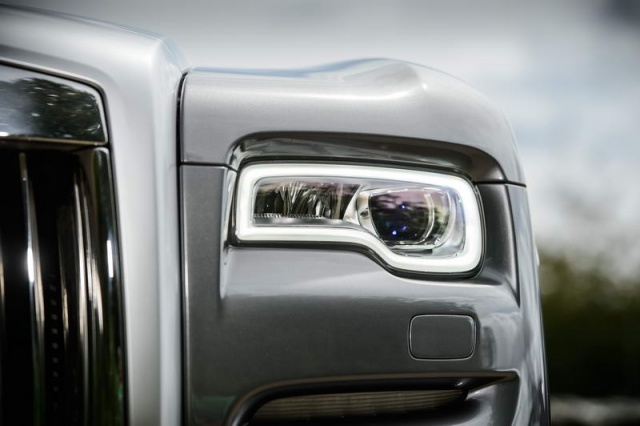 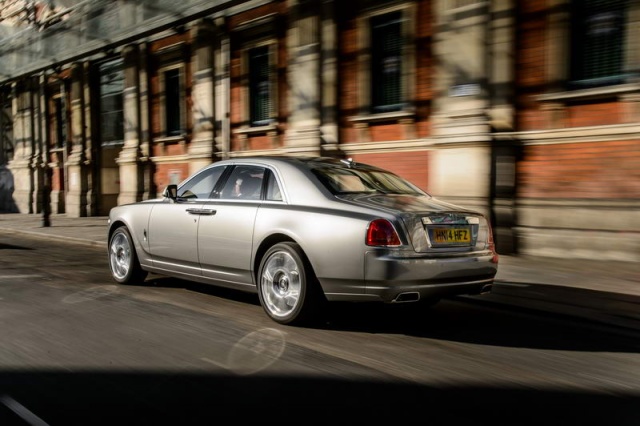 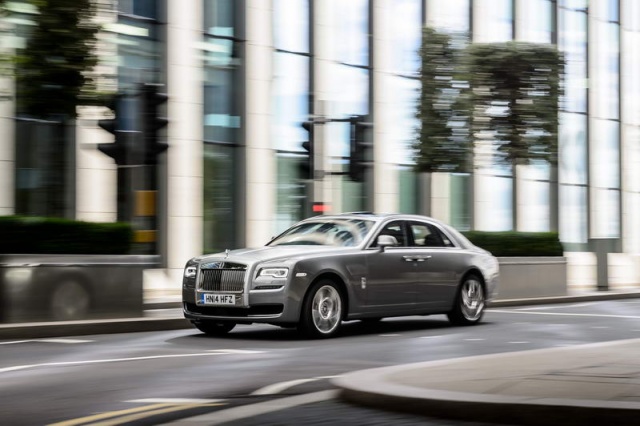 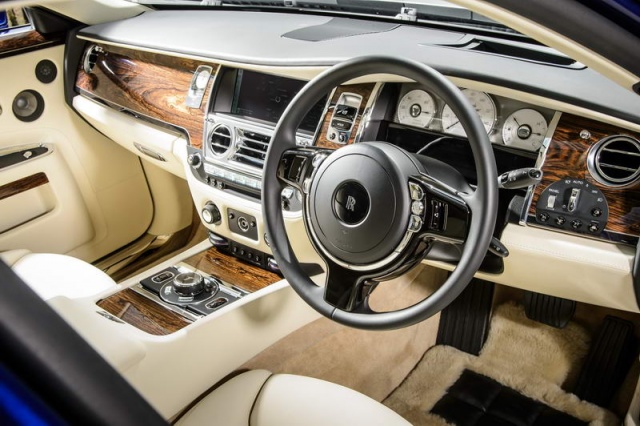 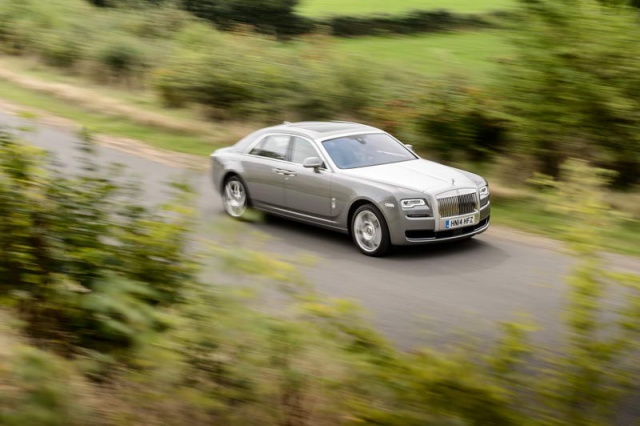 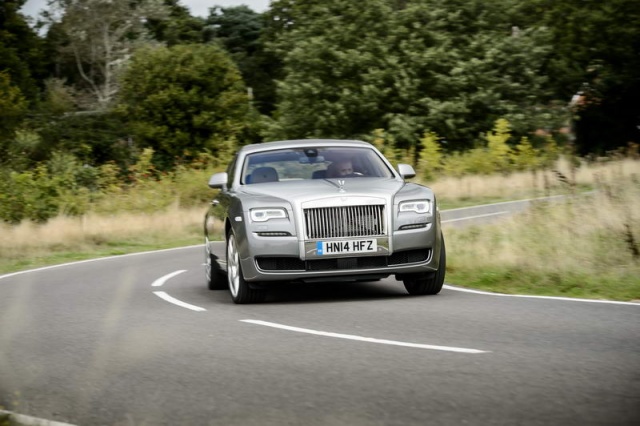 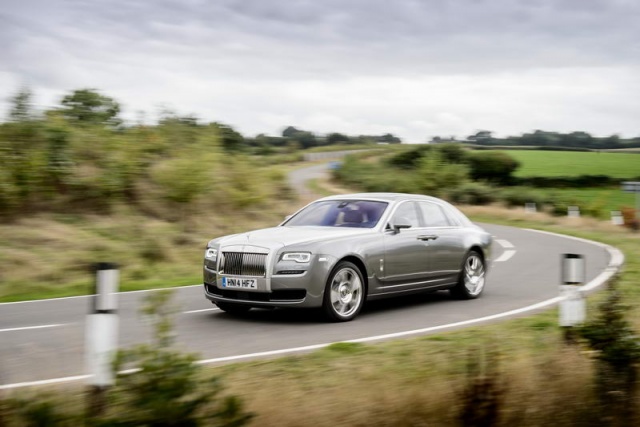 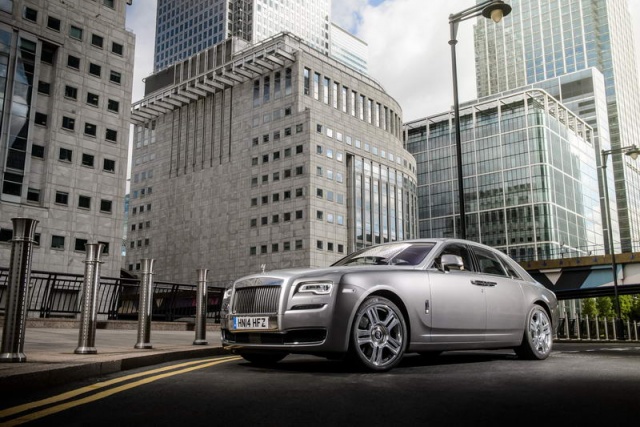 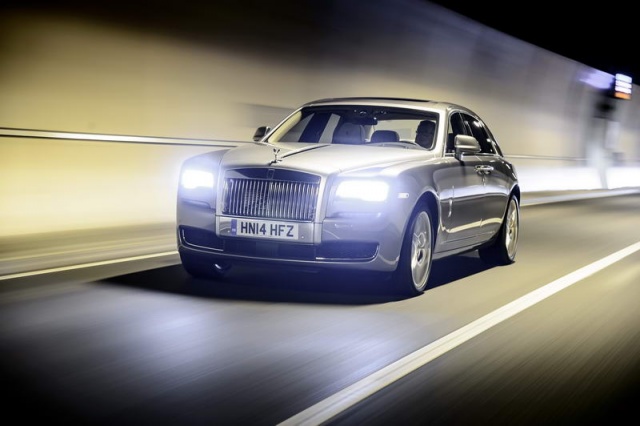 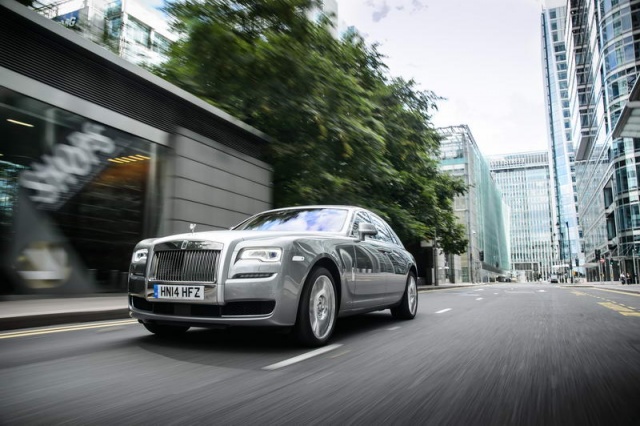 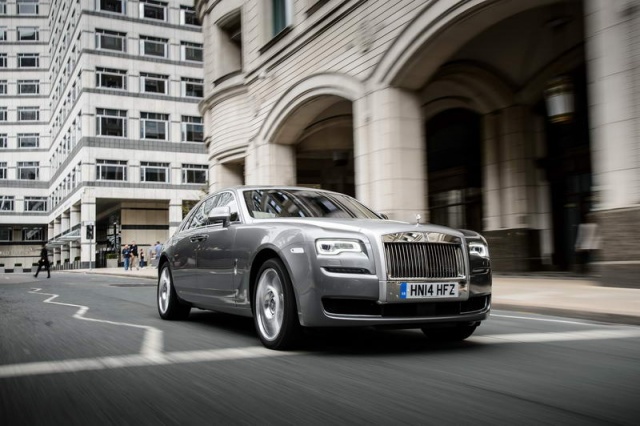 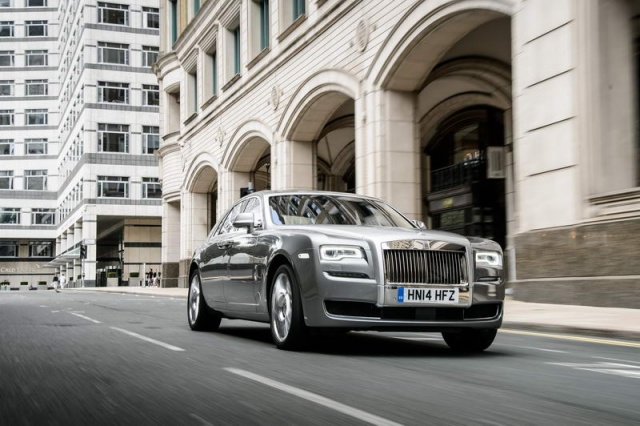 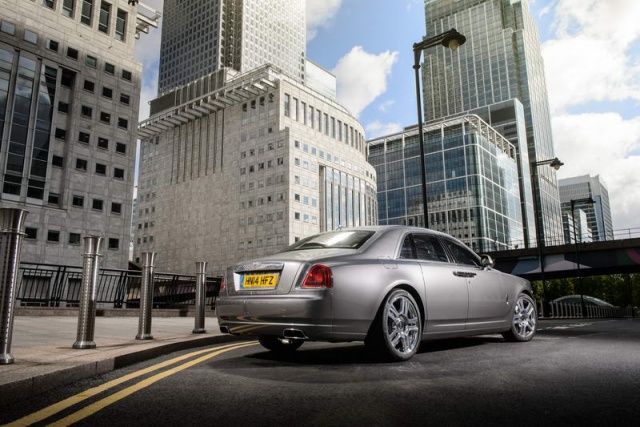 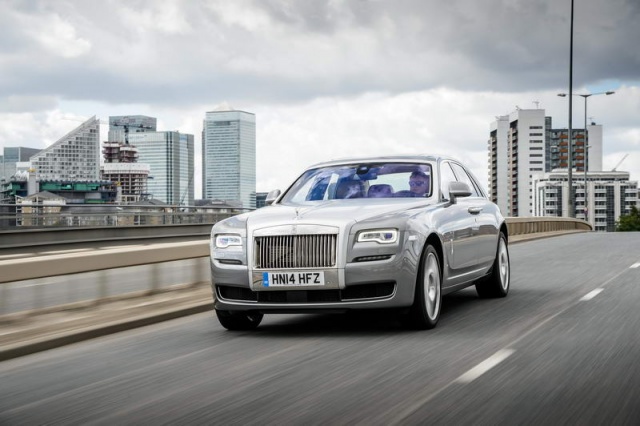 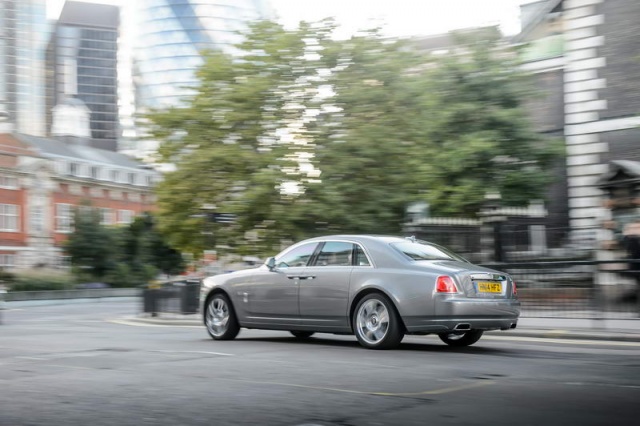 It might have been introduced in 2010 but there wasn't much wrong with the first of the modern Ghosts. Regardless, Rolls-Royce has been busy making enhancements to bring it up to date, renaming its entry-level saloon the Ghost Series II.

You don't see so many Rolls-Royce Ghosts in Ireland, even if it has been instrumental in growing the firm's sales globally, so you could be forgiven for not spotting the visual changes that make up the Series II. It's all fairly subtle too, the bonnet now featuring a groove running from behind the Spirit of Ecstasy and the bumpers re-profiled for a more imposing look, while the lights and grille also benefit from some detail revisions. Those lights are LED and fully ringed by the driving lamps. Other changes include new paint and wheel options - the former infinite in choice if you're prepared to pay for it - as well as a 'waft line' that leans further forward.

If you've struggled to spot the differences outside then the interior won't be any different. There are new seats all round, adding even more comfort. Otherwise the cabin is the same beautifully finished, expensively trimmed demonstration of craftsmen and craftswomen's artistry in veneers, chrome, leather and carpet. It's a glorious environment, whether you're in the driving seat looking down the bonnet at that famous icon on top of the grille, or luxuriating in the back.

Sat high, the Ghost Series II is an easy car to place thanks to its obvious extremities and good visibility. The optional camera in the nose for sneaking a peek out of junctions is worthwhile though as it's so long. The 6.6-litre twin-turbo V12 engine is quite incredibly refined, it all but silent in its operation. You'll rarely need to have the power reserve (nothing so uncouth as a rev-counter here) swinging past 80% to make decent progress, but if you are in a hurry all that leather, chrome and fine veneered wood appears to have no impact on the engine's ability to launch the Ghost II to 100km/h in just 4.8 seconds - and onto a governed 250km/h.

There have been no changes to the engine itself, though the eight-speed automatic transmission now features satellite control, allowing it to choose its ratios better for the road ahead. The chassis has been revised too, with new suspension settings promising more comfort and greater control. The ride is exceptional, though just occasionally the surface asks too much of the suspension and there's a knock through to the cabin. That's rare though, as the Ghost II rides impeccably.

The steering is a touch slow in its response, though the wheel's weighting is good. The brakes are tricky to modulate, requiring greater initial pressure to stop it and being curiously difficult to bring to a halt entirely smoothly. It can be done, but it takes a bit of concentration. But then, if you're in charge of over two tonnes of hand-finished finery like this concentrating on what you're doing is no bad thing...

In this rarefied world the expectation is that you'll personalise, so while the Ghost II comes with a standard specification list longer than the car itself, there's plenty more to choose from. A factory visit is in order for the full experience, and don't expect to spend less than around 20 per cent of the list price on options, more if you're looking for really bespoke touches.

We drove the 'swb' model here - that's standard, not short, as anything with a wheelbase of 3.29 metres is not short - though if you like to really recline in the back then the extended wheelbase car adds around 17cm to the interior space.

The new Ghost is a gloriously indulgent luxury saloon that, while representing the entry point in the Rolls-Royce line-up, doesn't compromise in any area. The revisions only polish what was already a very special proposition, so Rolls-Royce customers now get more choice, sharper looks and even greater comfort.