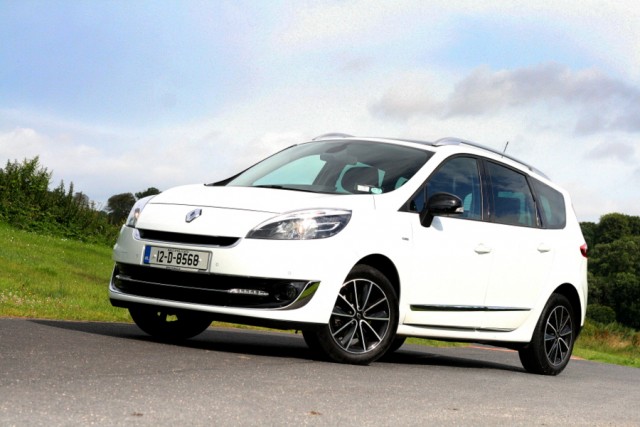 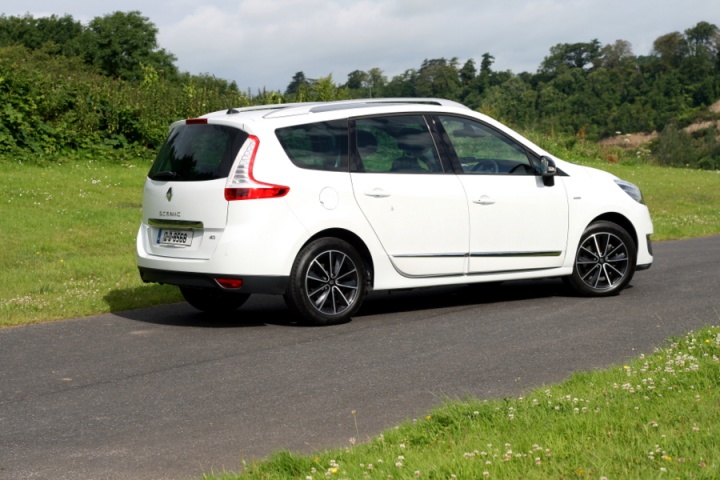 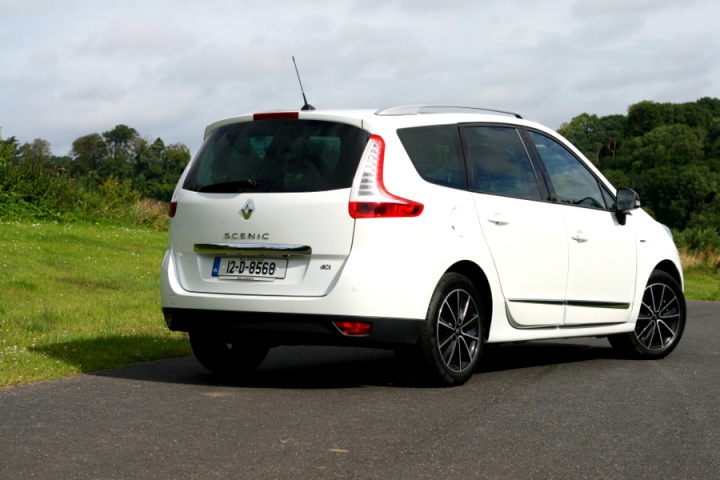 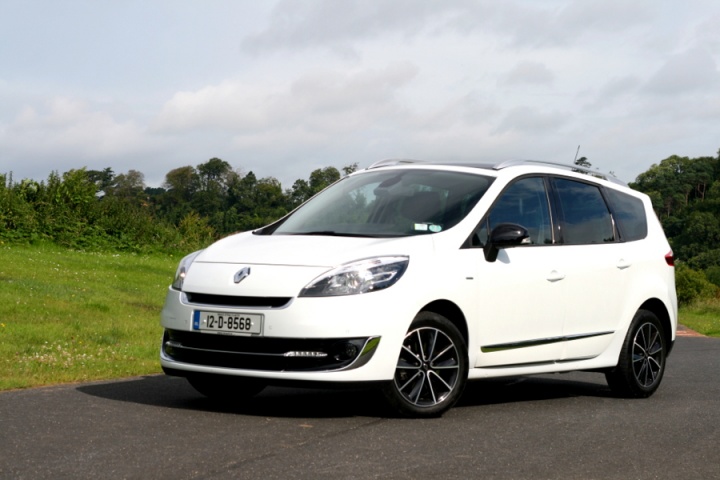 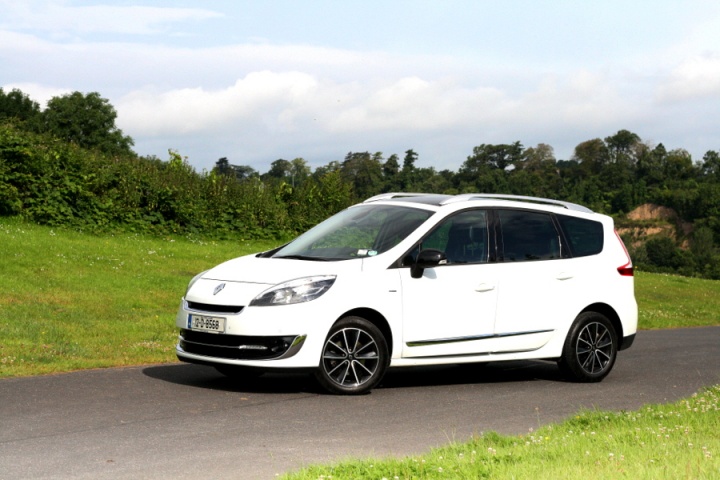 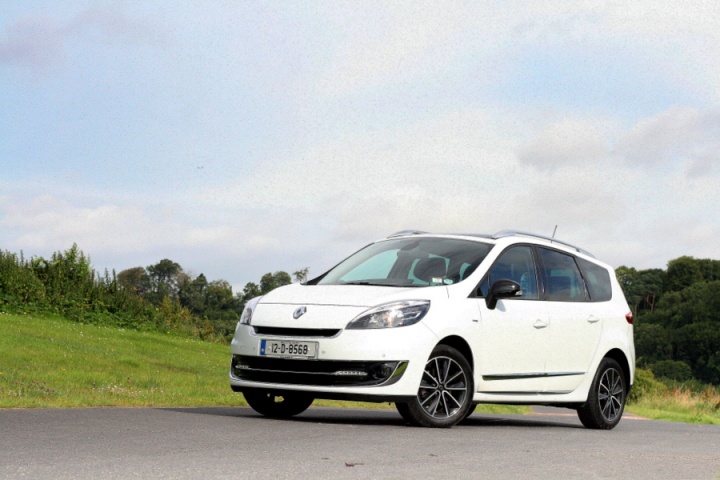 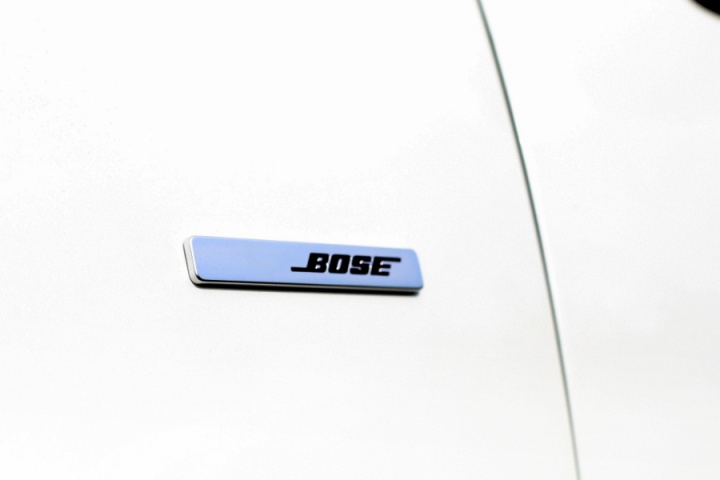 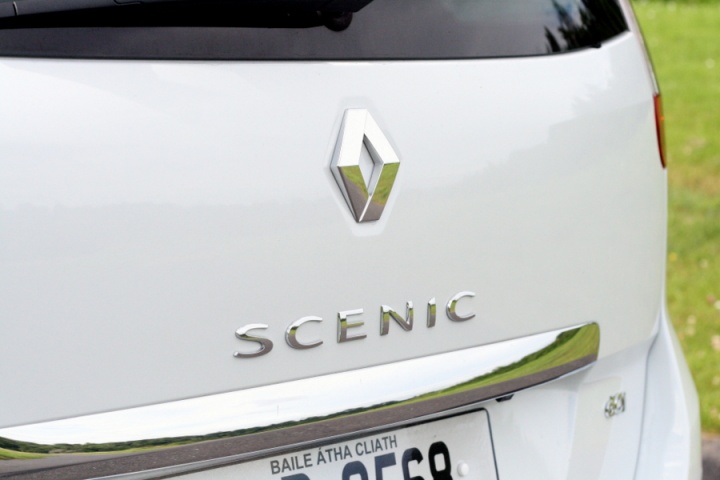 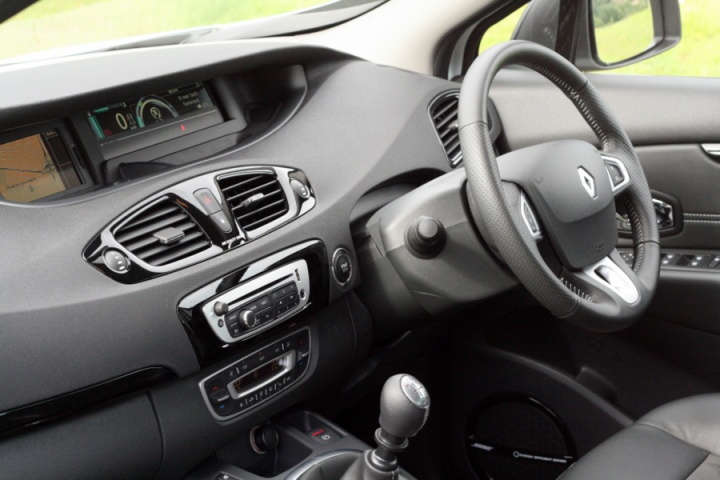 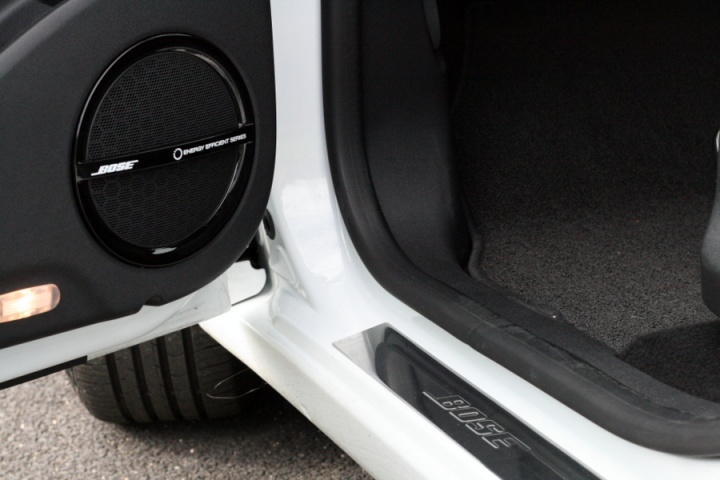 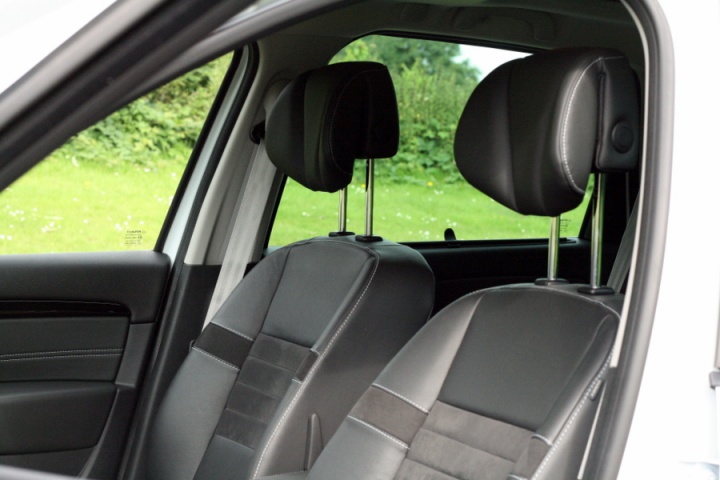 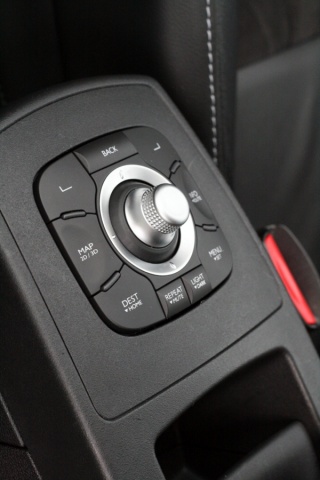 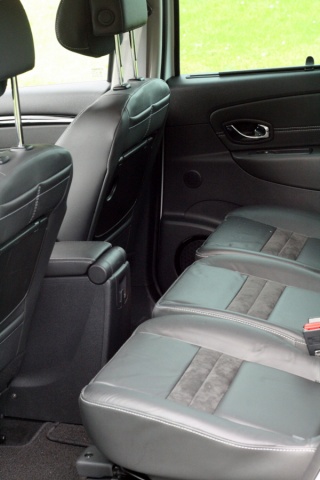 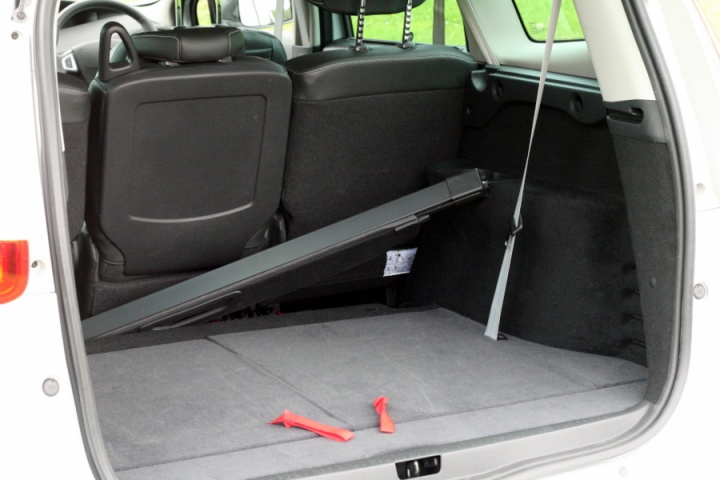 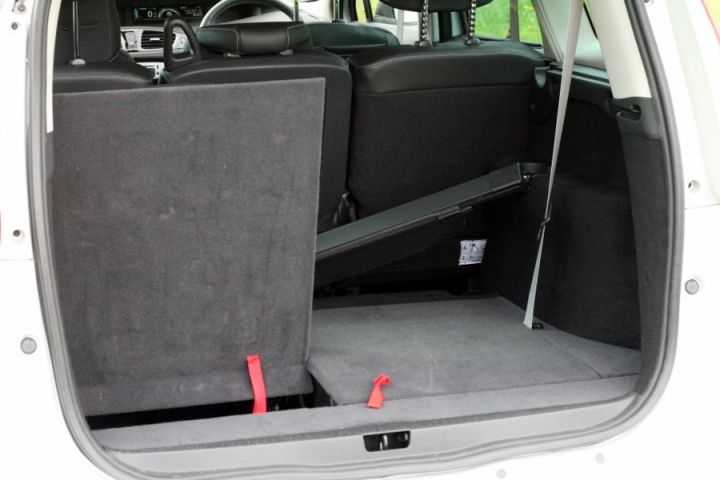 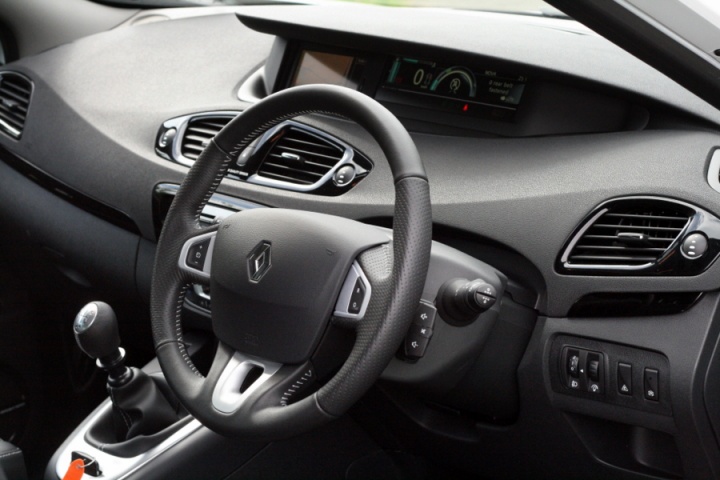 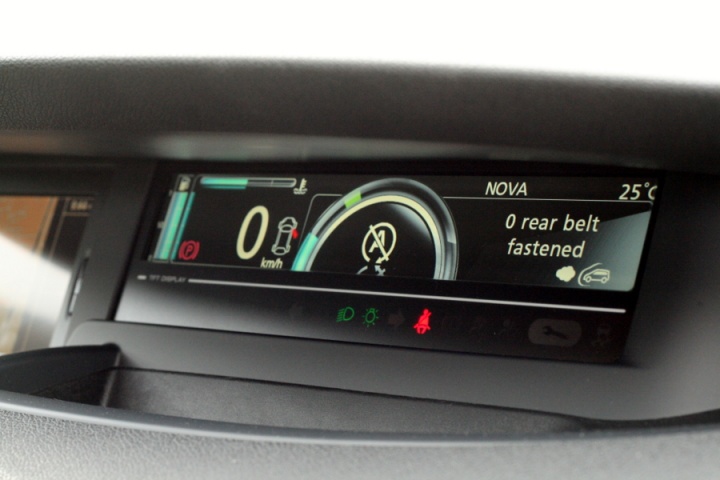 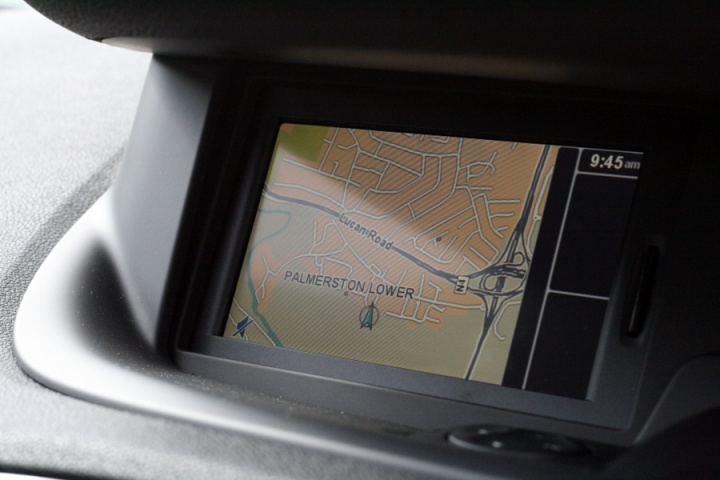 Can a stylish facelift and a thumping stereo add sexiness to Renault's seven-seat MPV?

A smiley new front-end and other updates to Renault's seven-seat Grand Scenic MPV are brought into sharper focus in the range-topping Bose Edition. Seems that the thumping stereo is wasted, unless you want to drown out the sound of screaming kids in all those rear seats...

The Scenic's profile was unchanged in this year's update, but the front and rear received revisions that give the people carrier a more contemporary feel thanks to new lights, including LED daytime running lamps. That's added to by the addition of more chrome detailing, along with gloss black. The Bose Edition gains sporty looking 17-inch alloy wheels and an extra tint to the rear windows. The panoramic sunroof on the test car pictured is a €1,250 option unfortunately, as it enhances the appearance further.

Inside, all Grand Scenics are useful family cars. The rearmost seats are definitely only for small children (though not large enough for child seats) and if they're in use then the boot is miniscule - as in most seven-seat cars in this class. Thankfully the seats easily fold flat into the floor, creating a large usable boot space. The three seats in the middle row slide independently, which we discovered is useful for letting the kids use the picnic tables in the back of the front seats. We couldn't quite work out what use sliding the massive centre console forwards and back is, but it does at least hold a lot of stuff.

Bose specification adds a few niceties such as the stereo system, part-leather seats etc. and the Scenic's cabin feels well made.

While the 1.6-litre turbodiesel engine won't set the world alight with its performance, it's perfectly adequate for the needs of most families. It is pleasingly fast without the need to rev it thanks to 320Nm of torque produced at just 1,750rpm. At a cruise it's inaudible and the stop-start system helps keep the noise at bay around town. The six-speed manual gearbox is slick and the ratios well suited to the engine.

In isolation there's nothing at all wrong with the Grand Scenic's dynamics. It's composed, stable and safe, which is what most people want from their family car. The larger alloy wheels of the Bose Edition do detract from ride comfort a tad, but we reckon most people won't mind and it's still a comfortable car with great visibility from the driver's seat.

However, the Grand C-Max does all that as well, while being more engaging and interesting to drive. Not everyone will care, but we do.

Renault has been top of its game in terms of value for money in recent years and the Grand Scenic is no different. The cheapest version, the Expression, is quite sparsely equipped, but next up, the Dynamique features air conditioning, electrically folding door mirrors, auto lights and wipers, electric windows, Bluetooth and USB connectivity, cruise control and rear parking sensors. This Bose Edition piles a lot more into the mix, including dual-zone climate control, hands-free entry and exit (very useful with kids in tow), the Bose stereo system, integrated TomTom satnav and the other bits mentioned earlier.

We managed an average of 6.6 litres/100km (42.8mpg) in a mixed week that included a modest amount of time on the motorway and lots of urban driving.