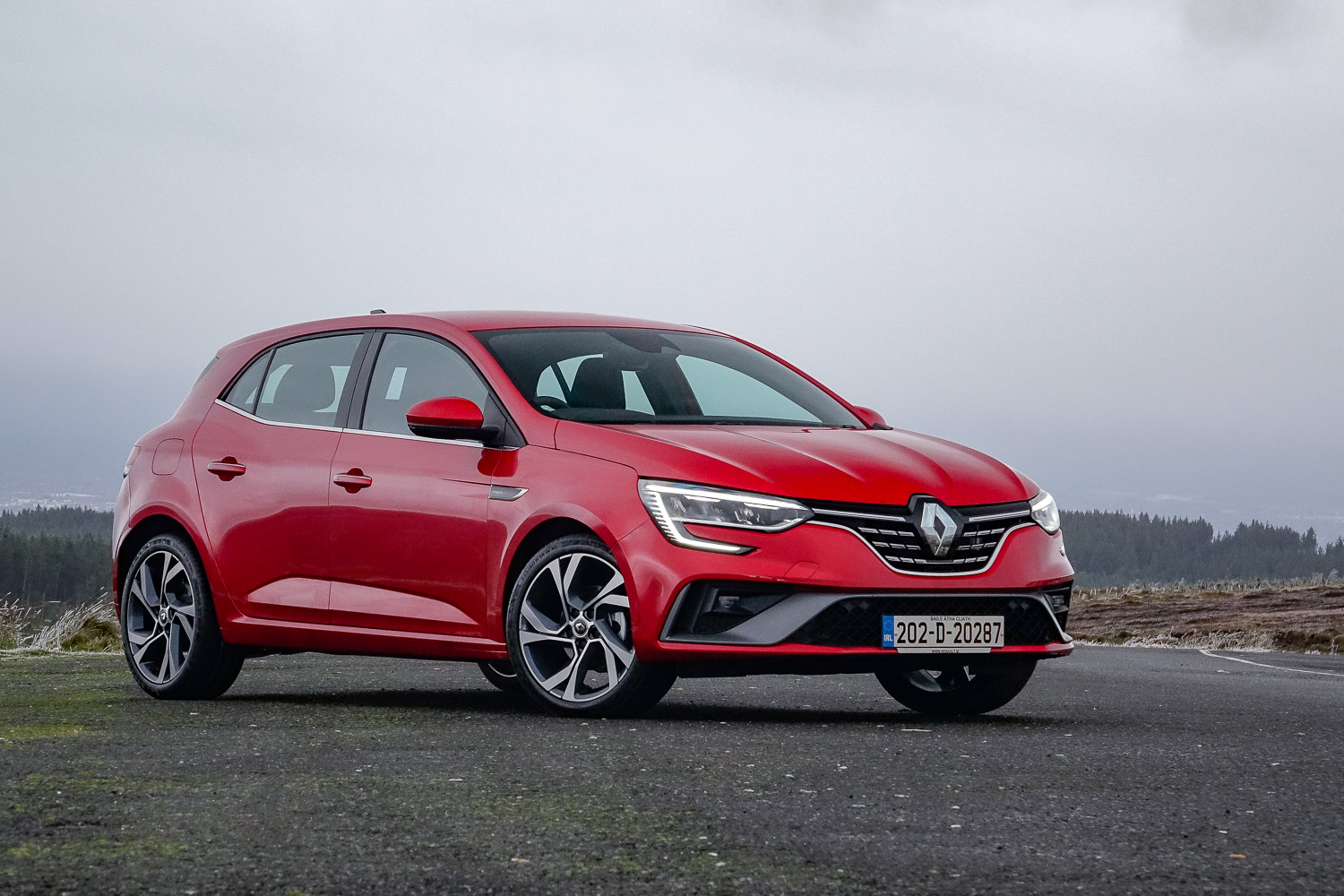 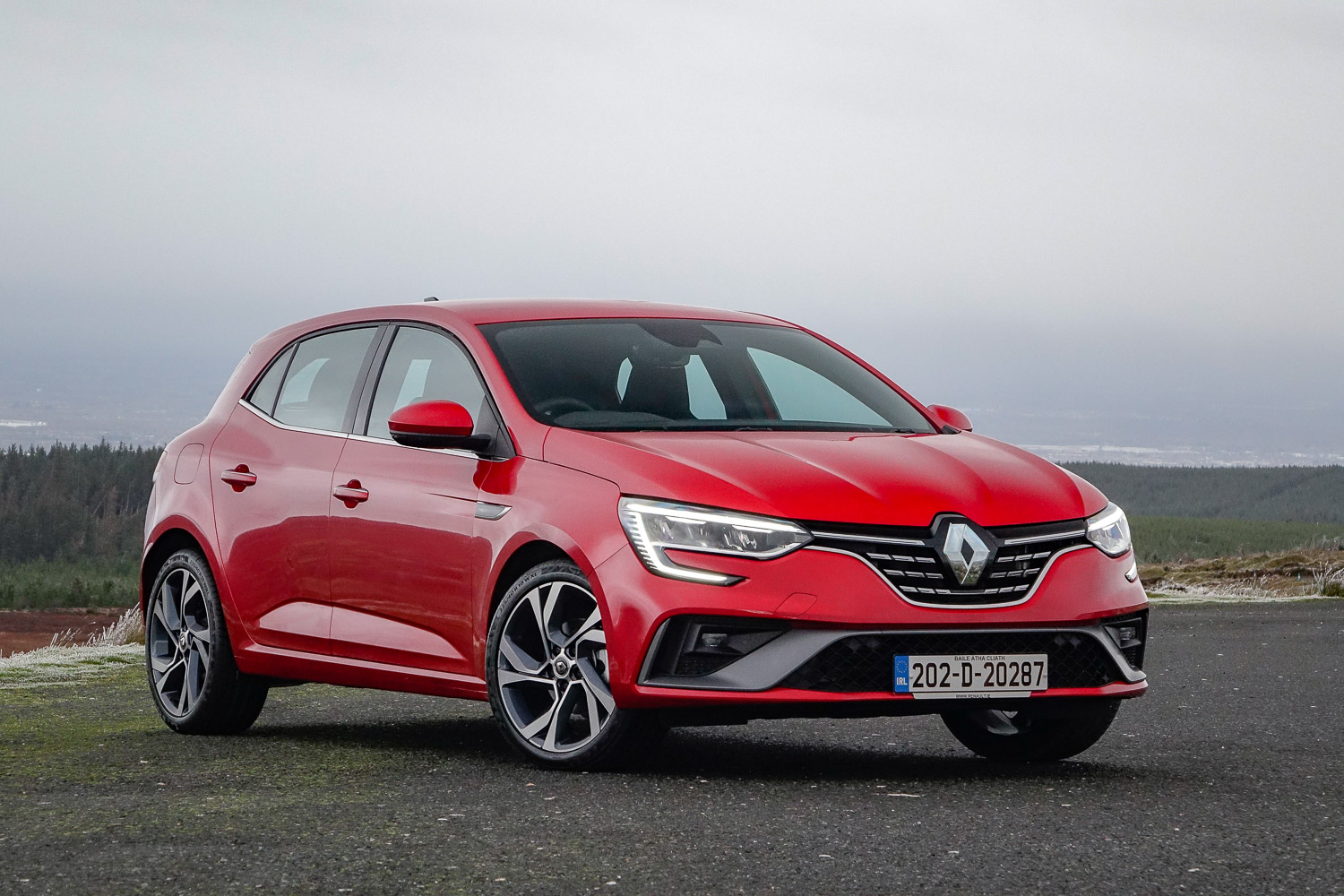 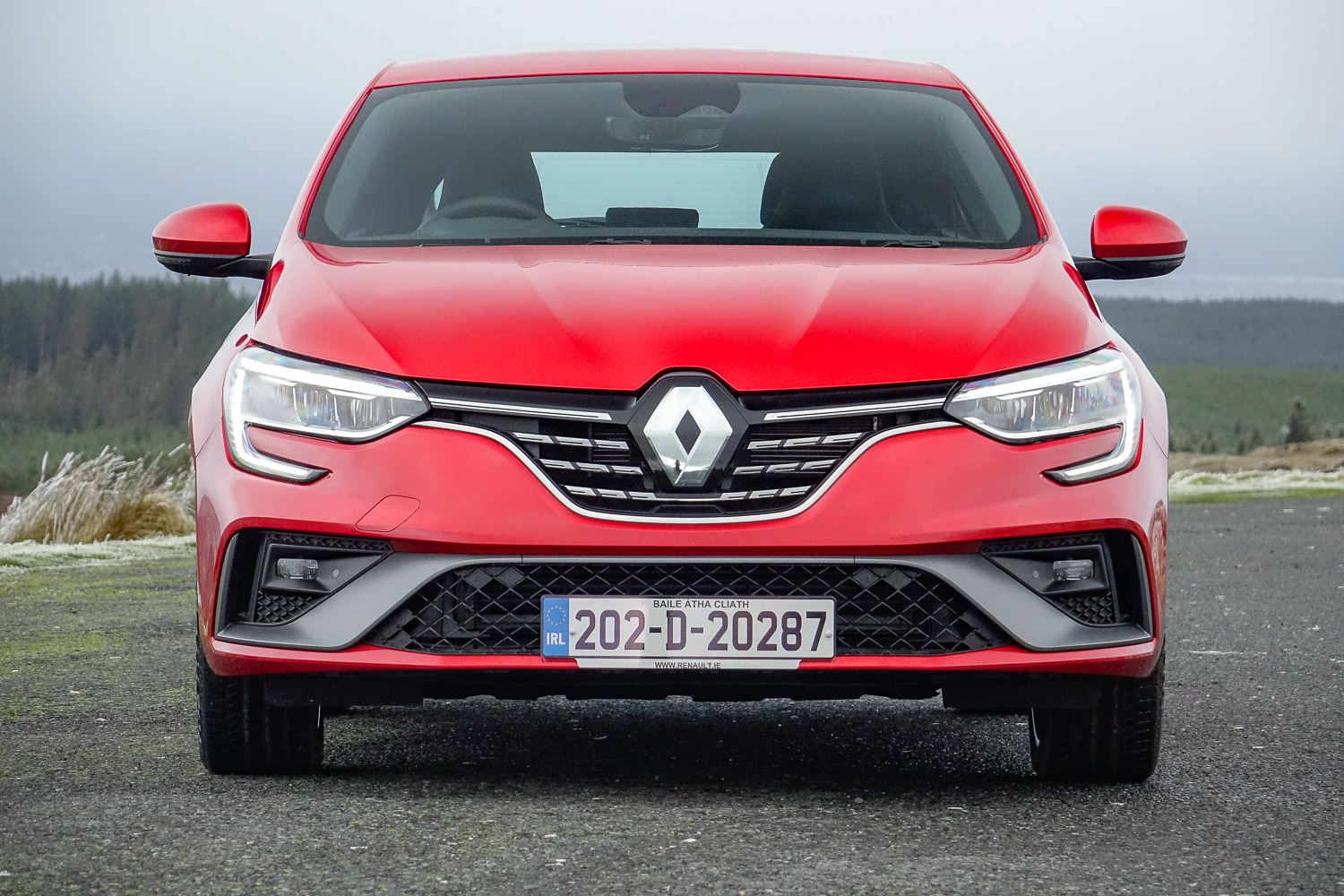 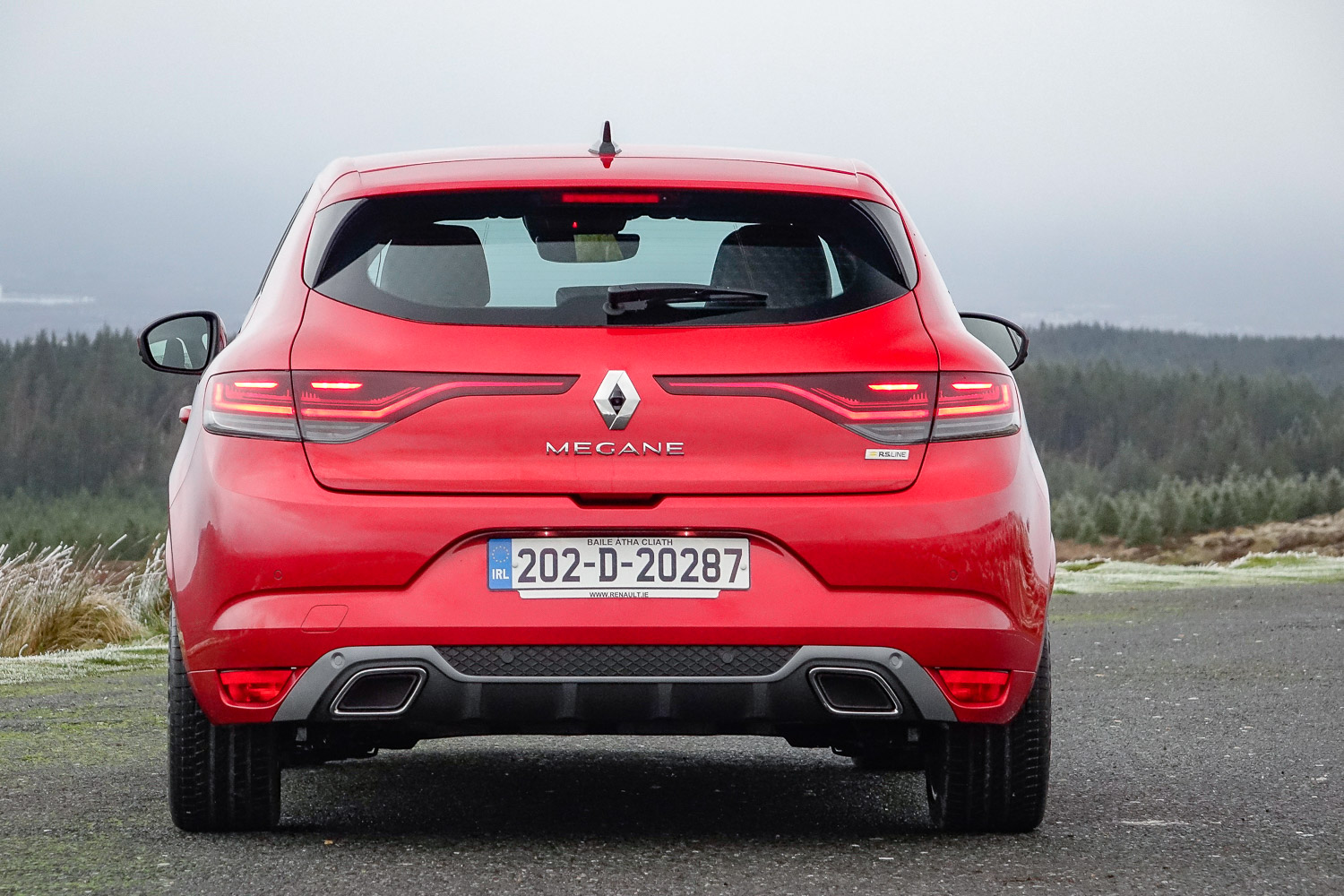 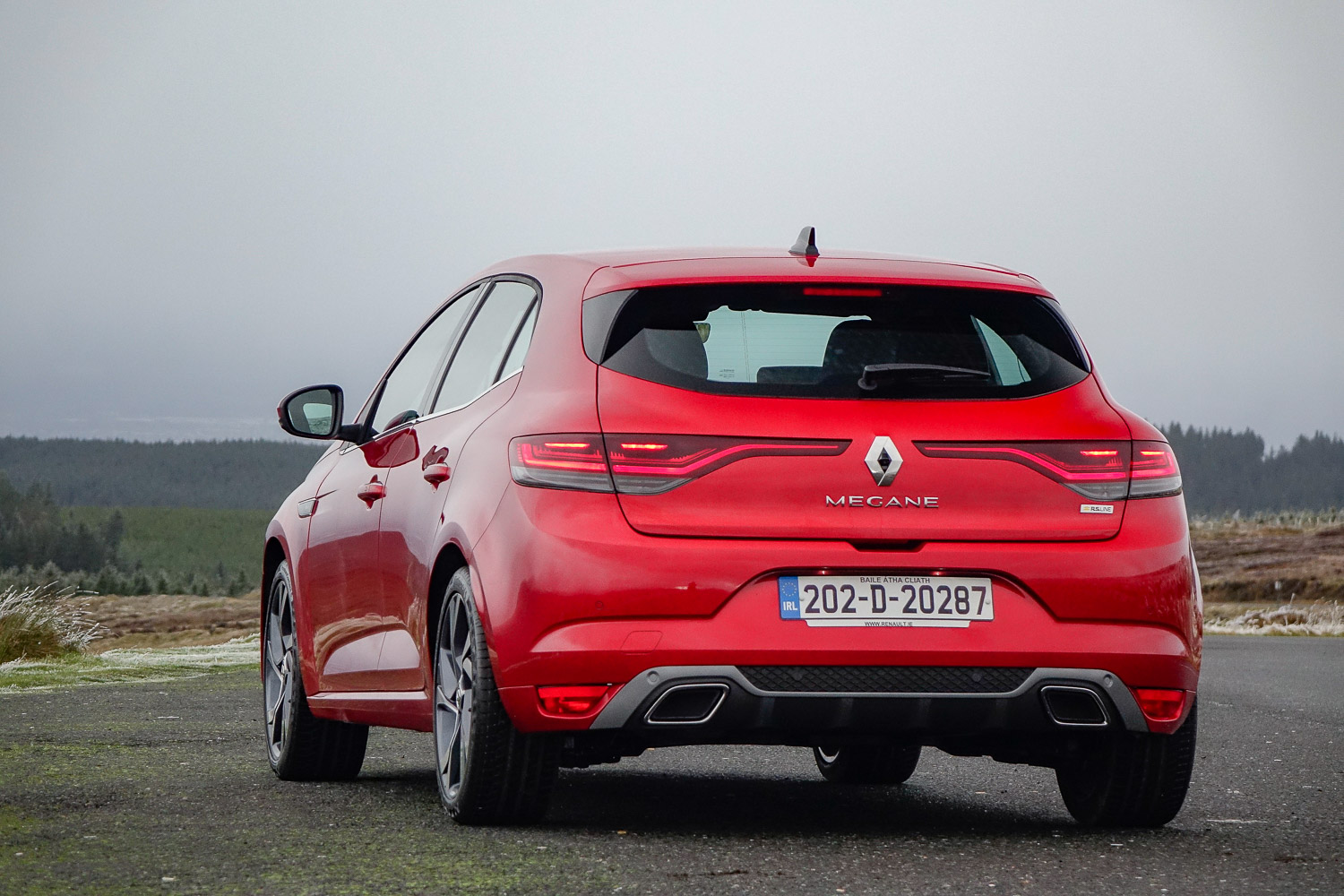 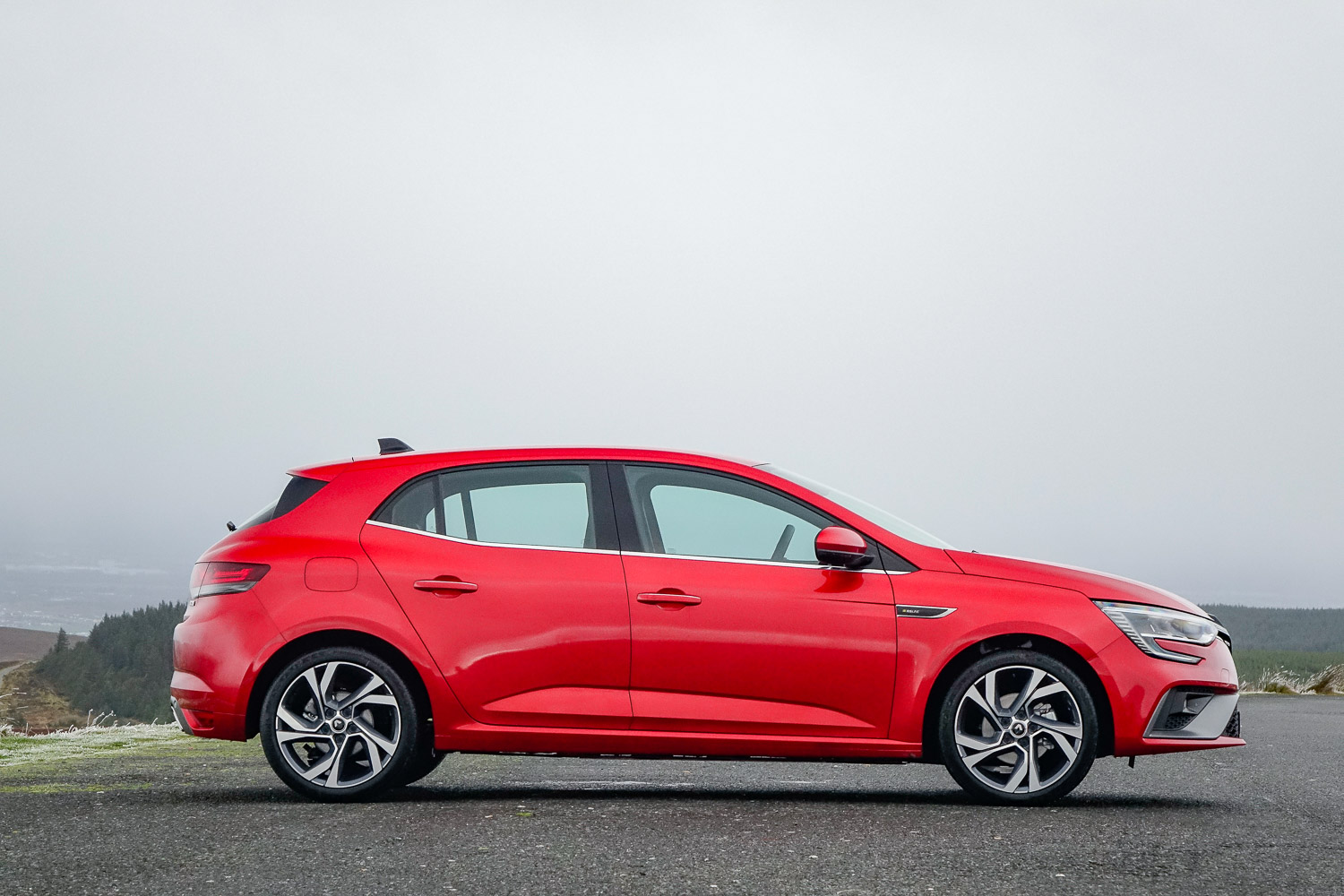 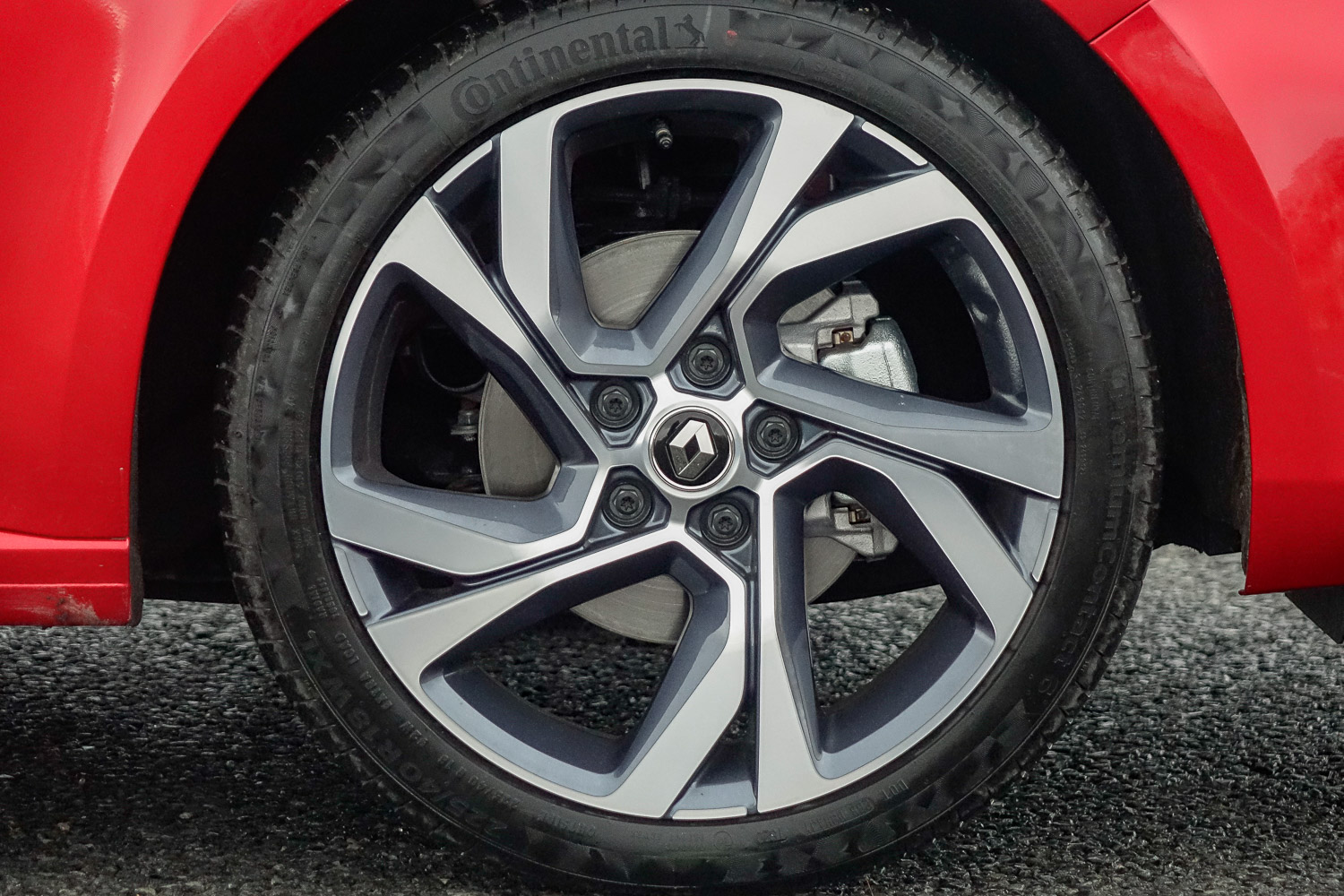 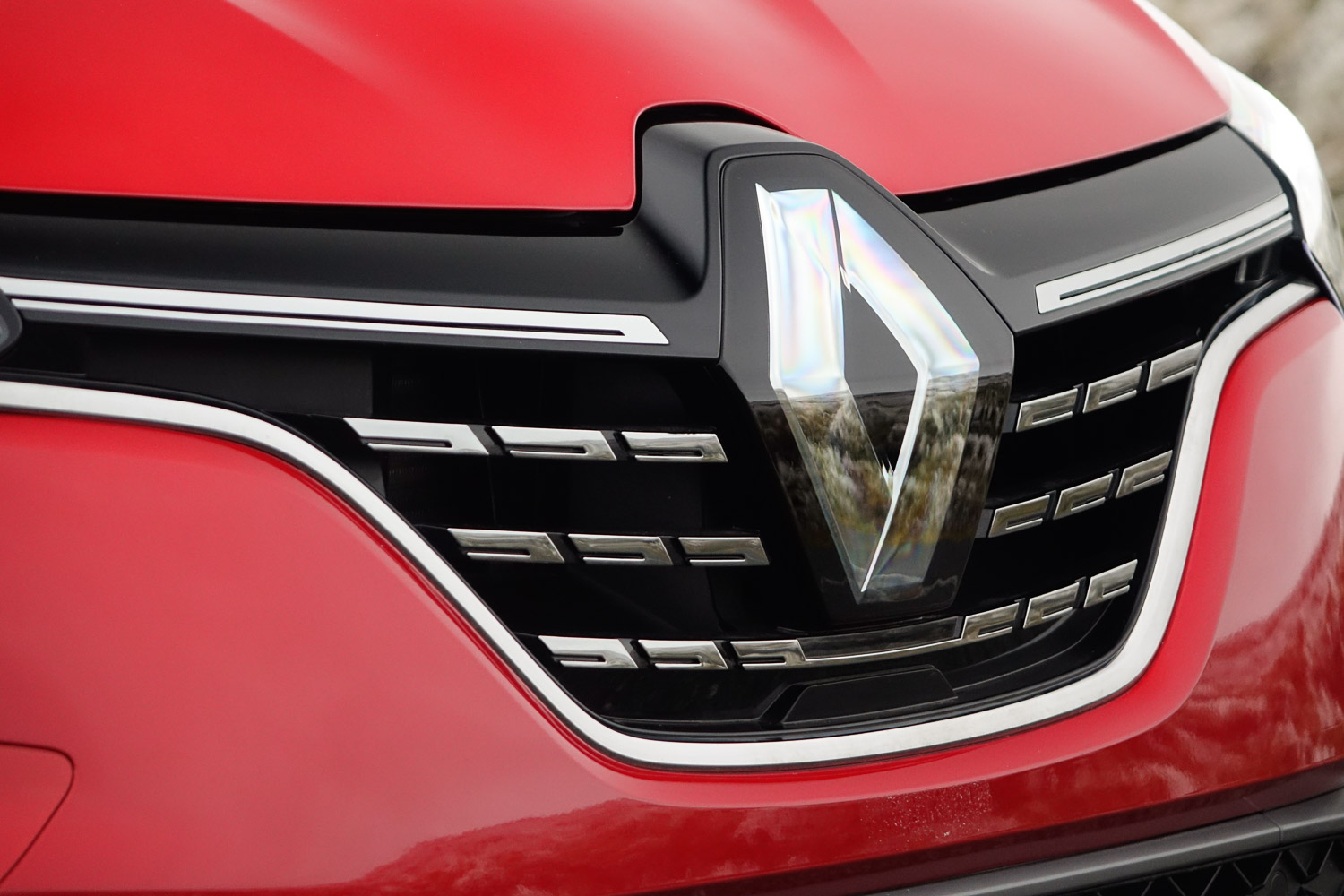 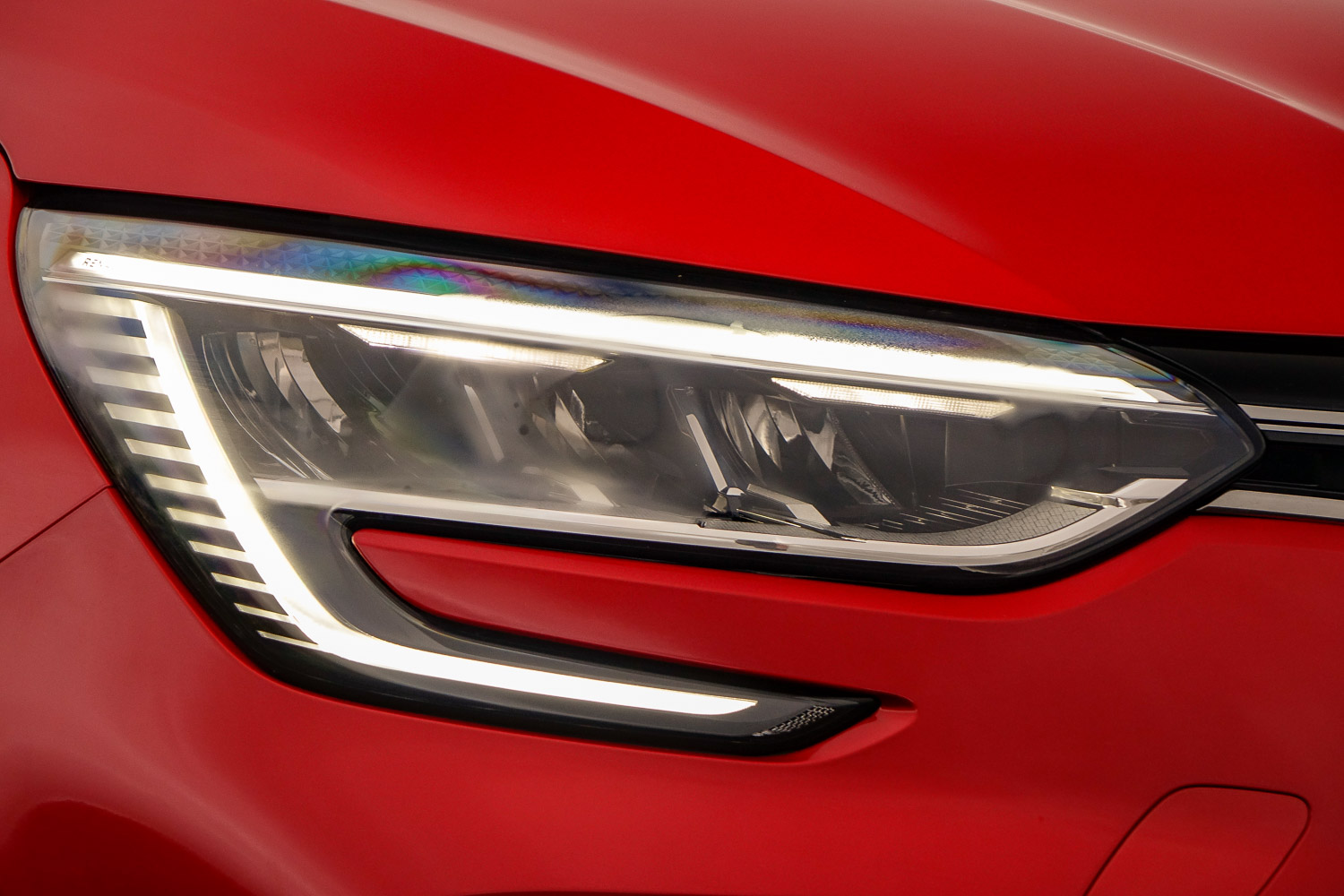 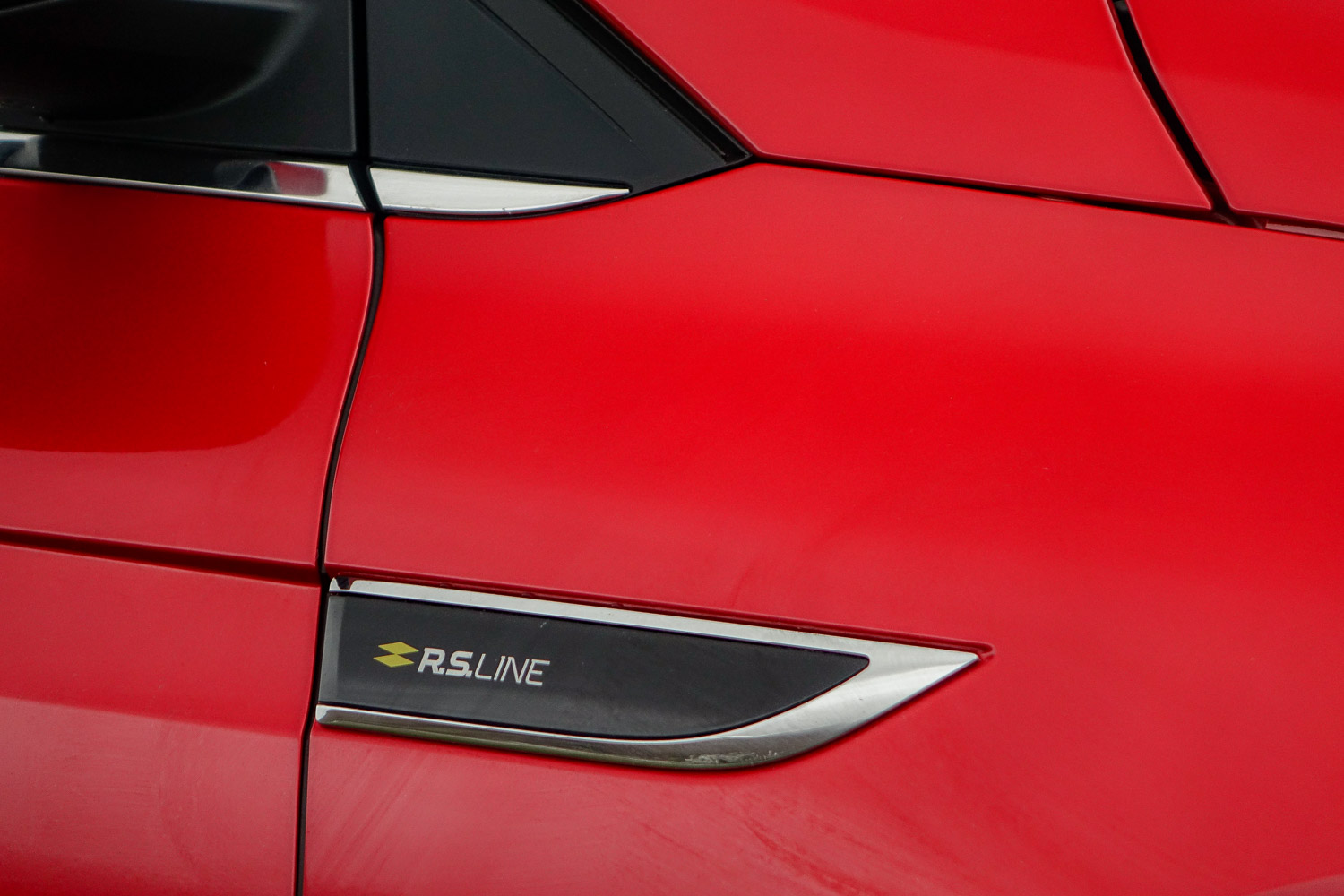 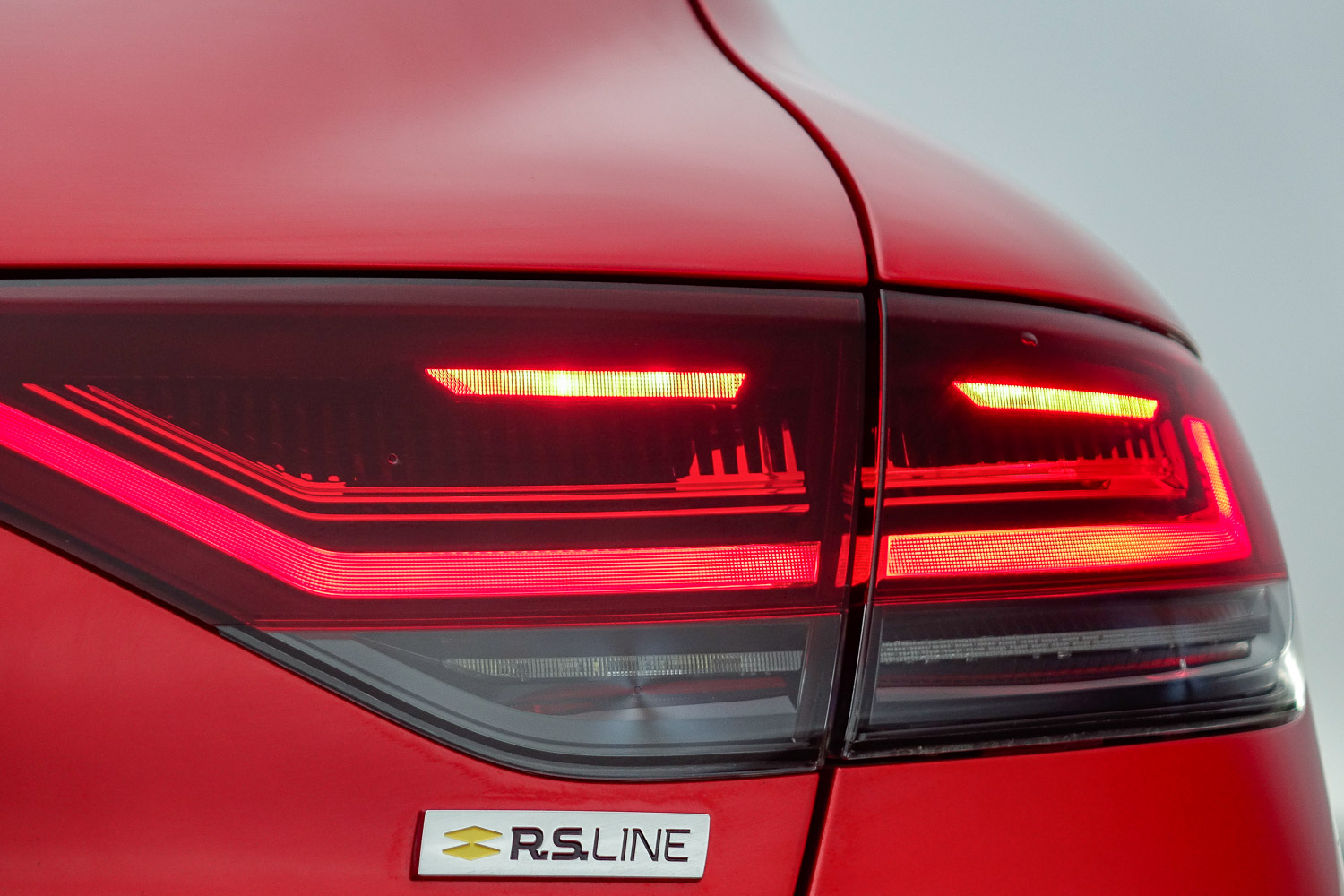 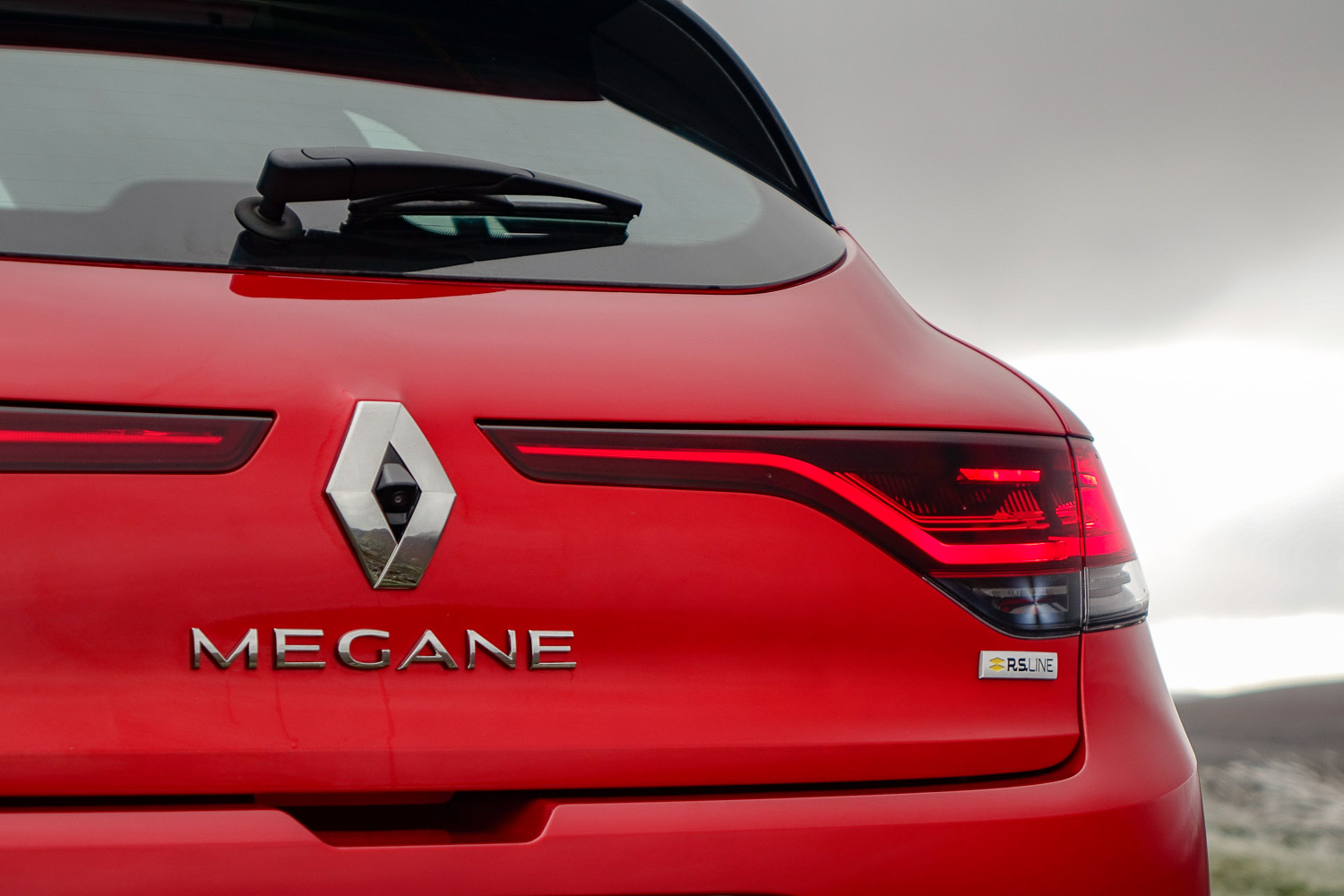 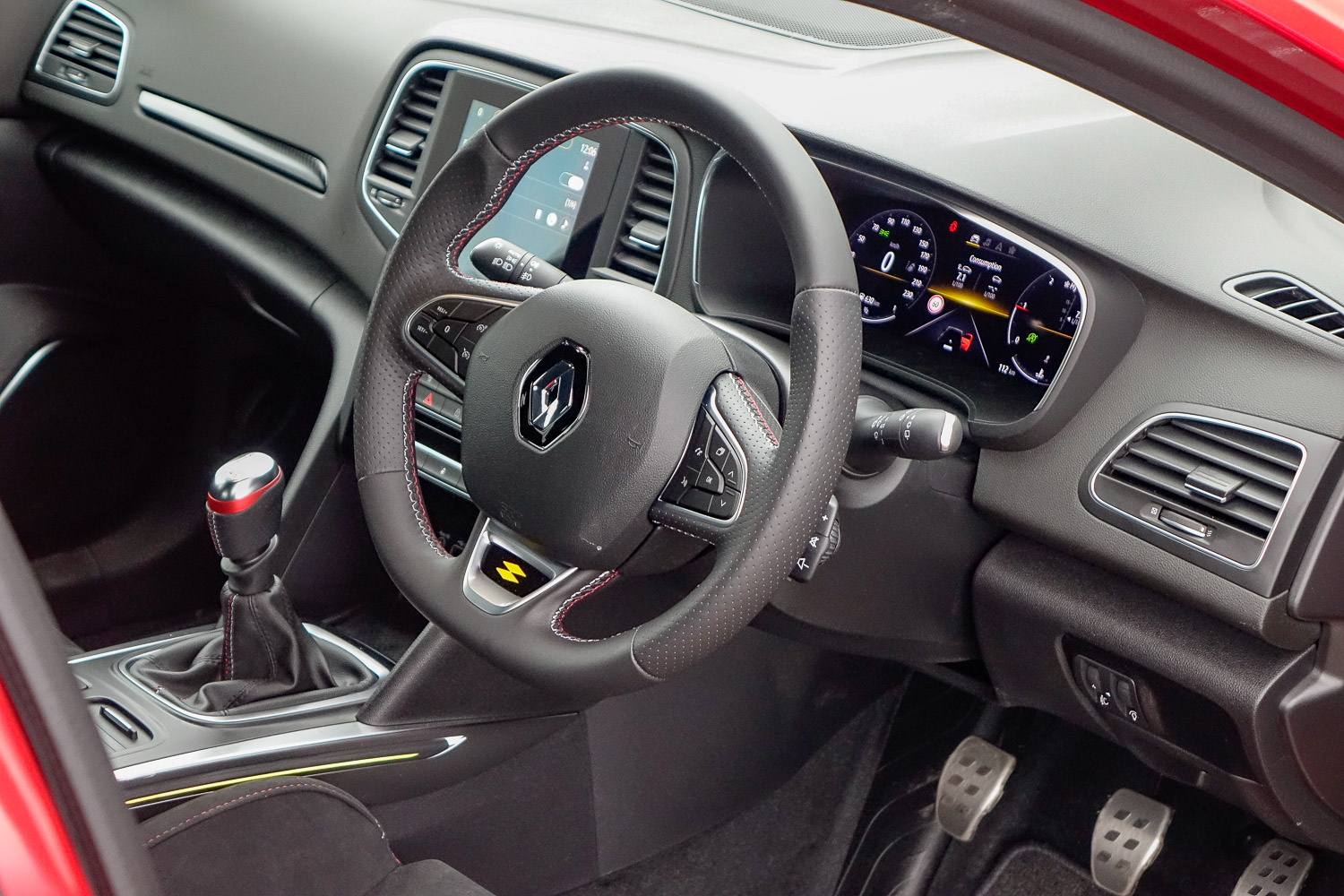 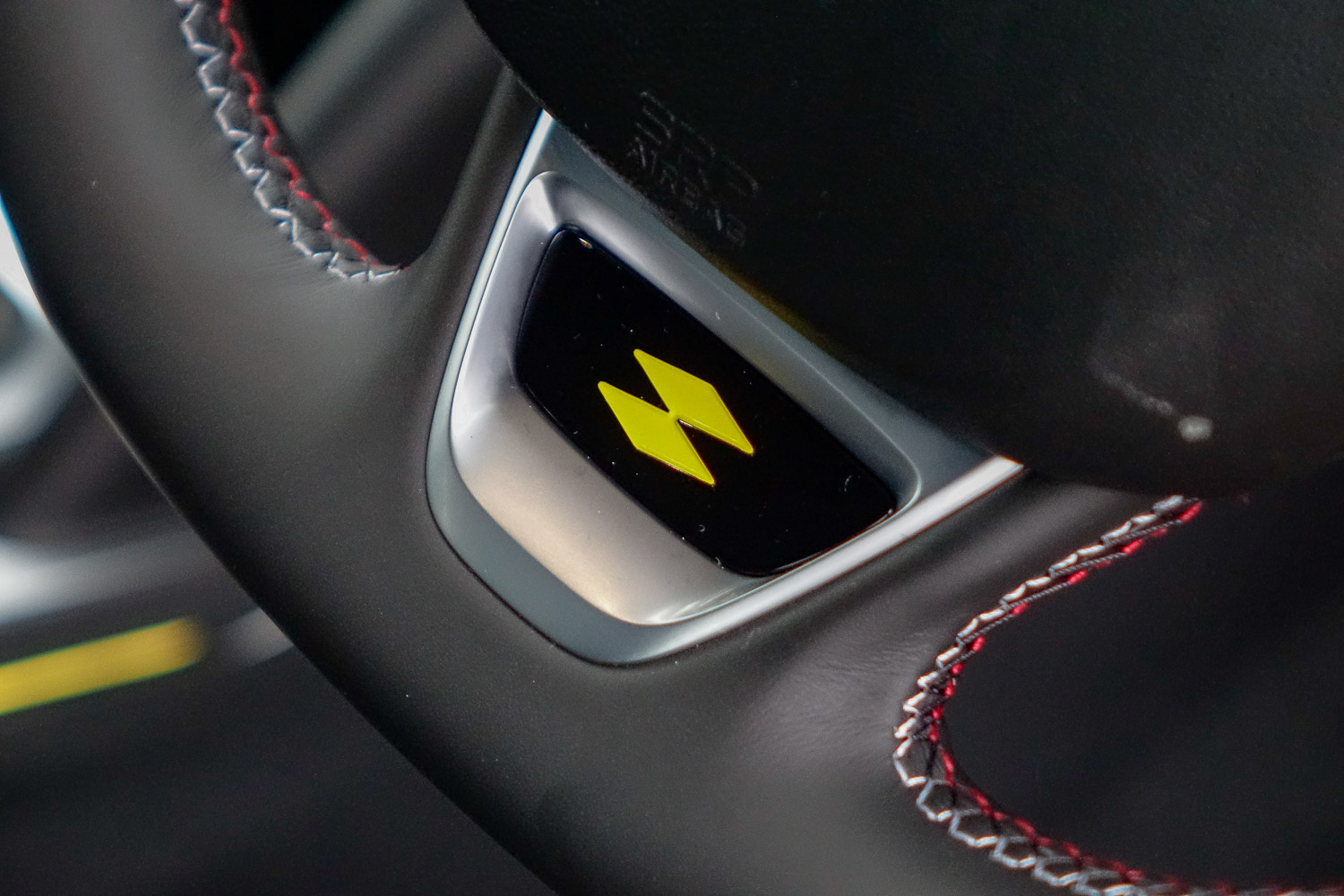 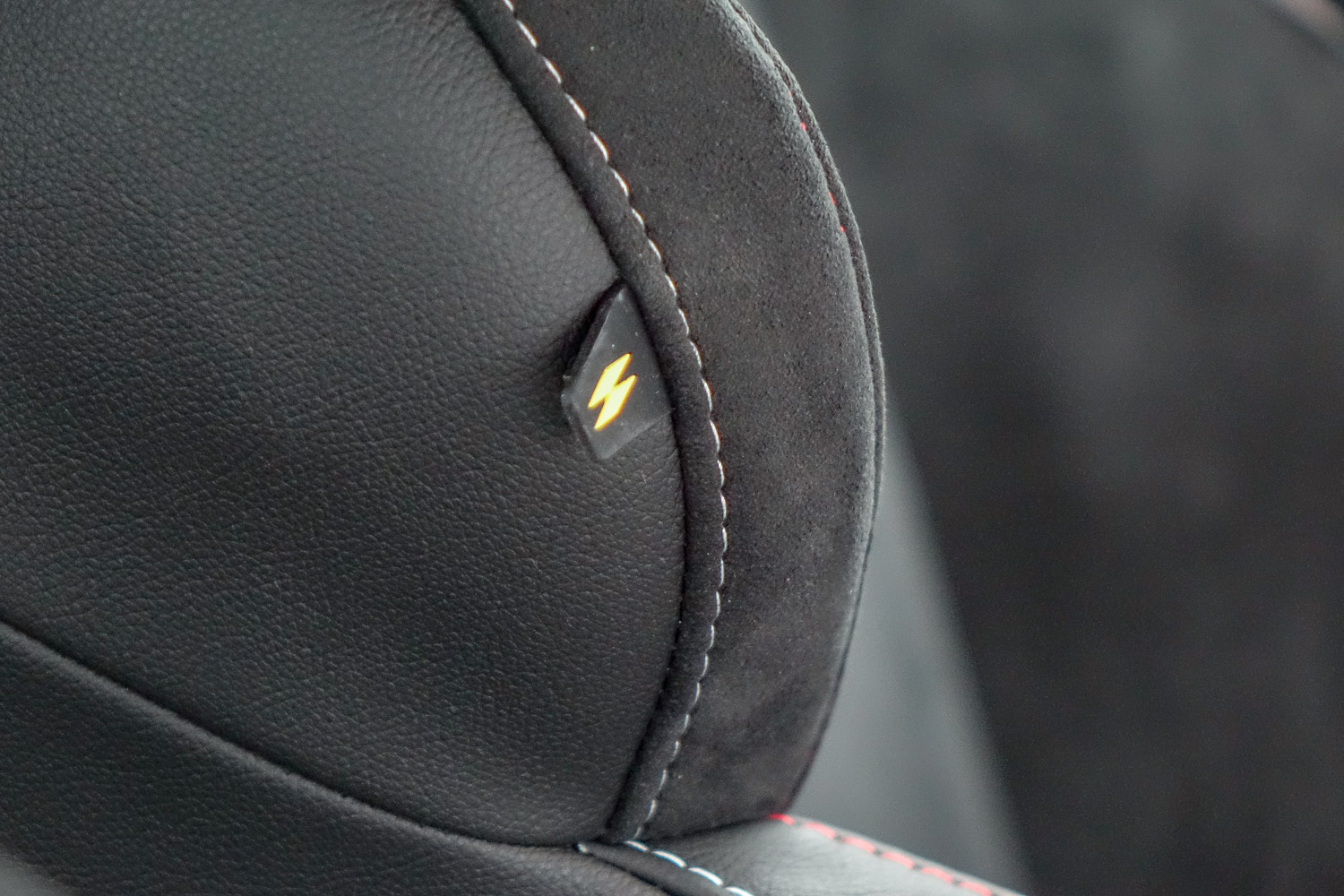 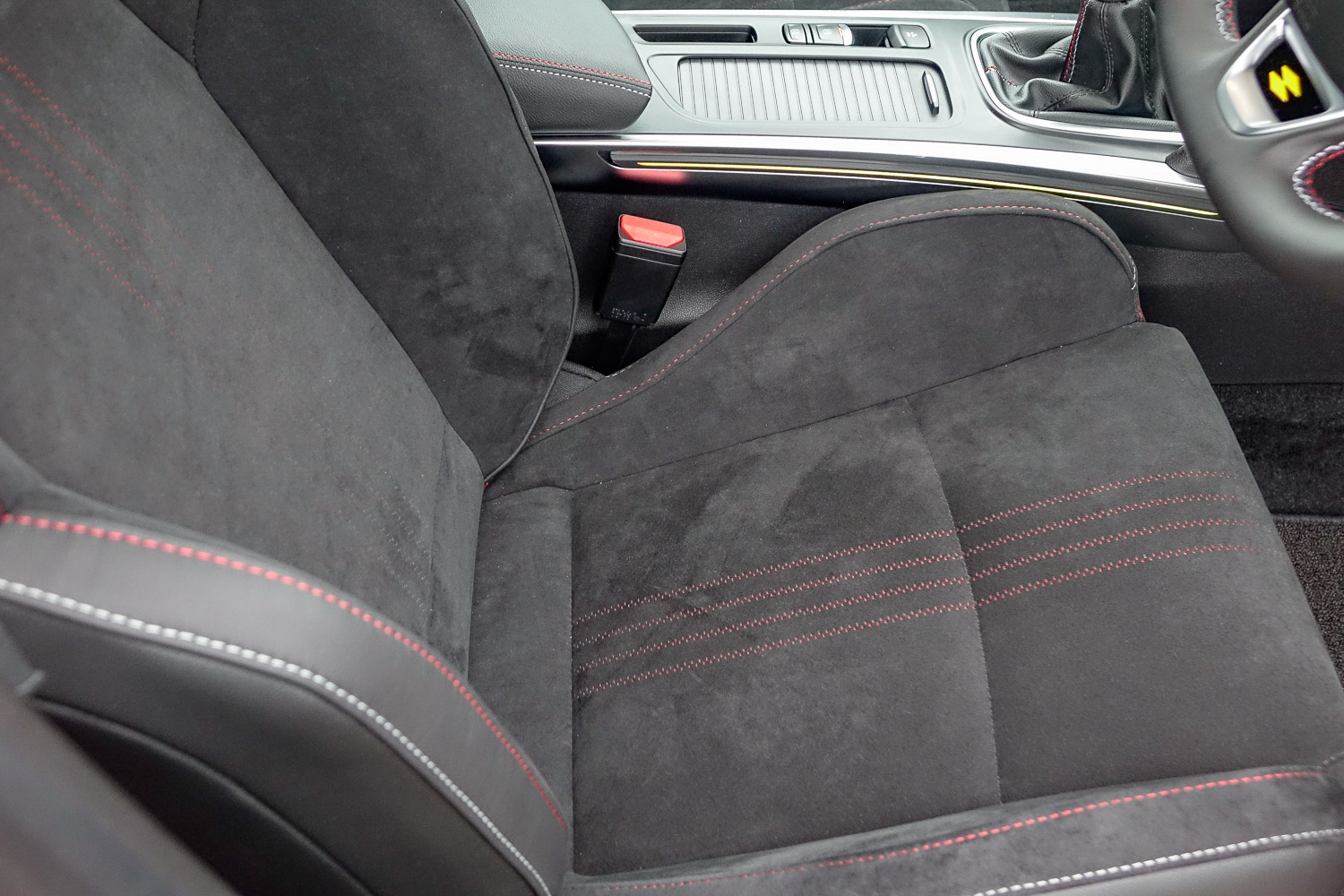 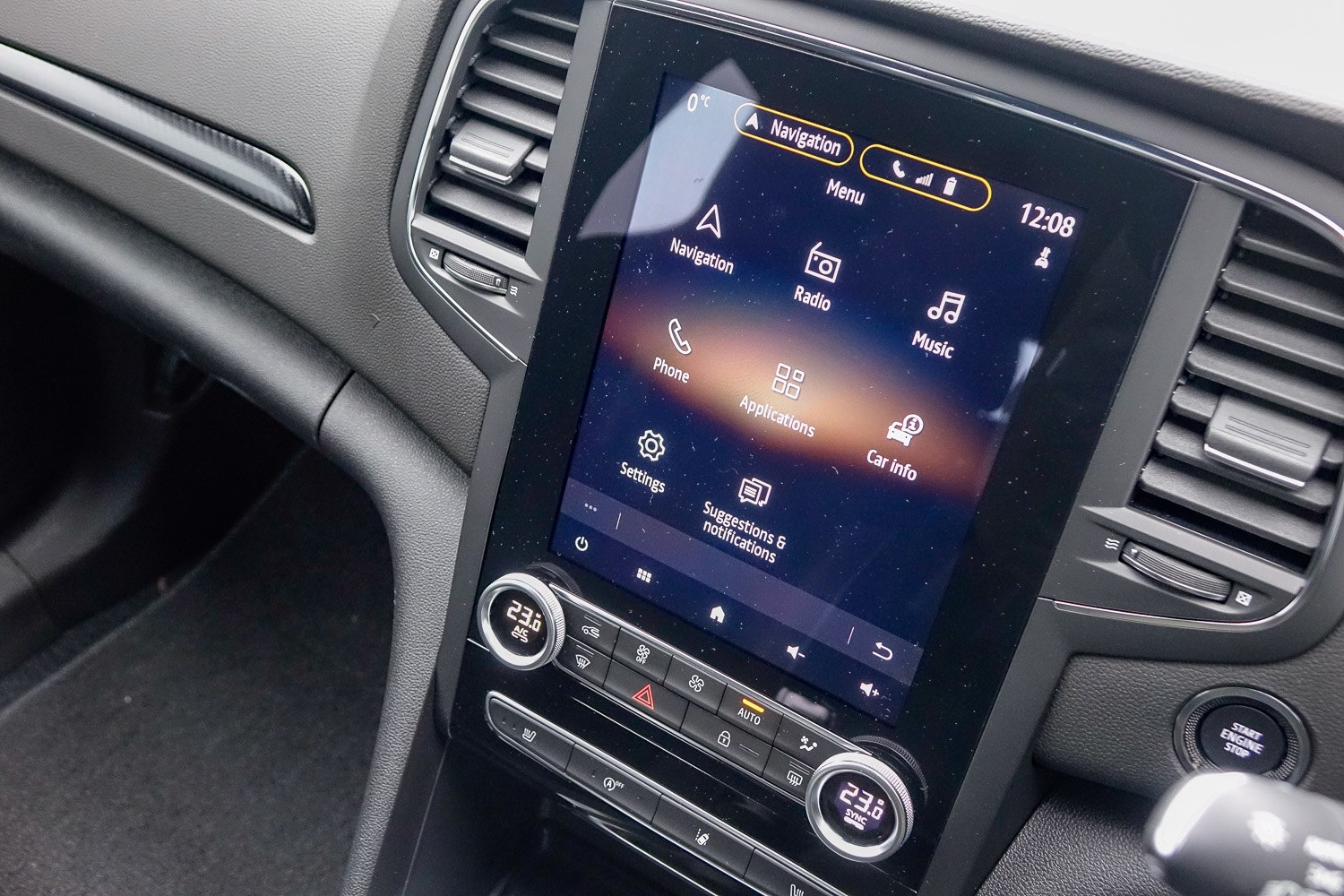 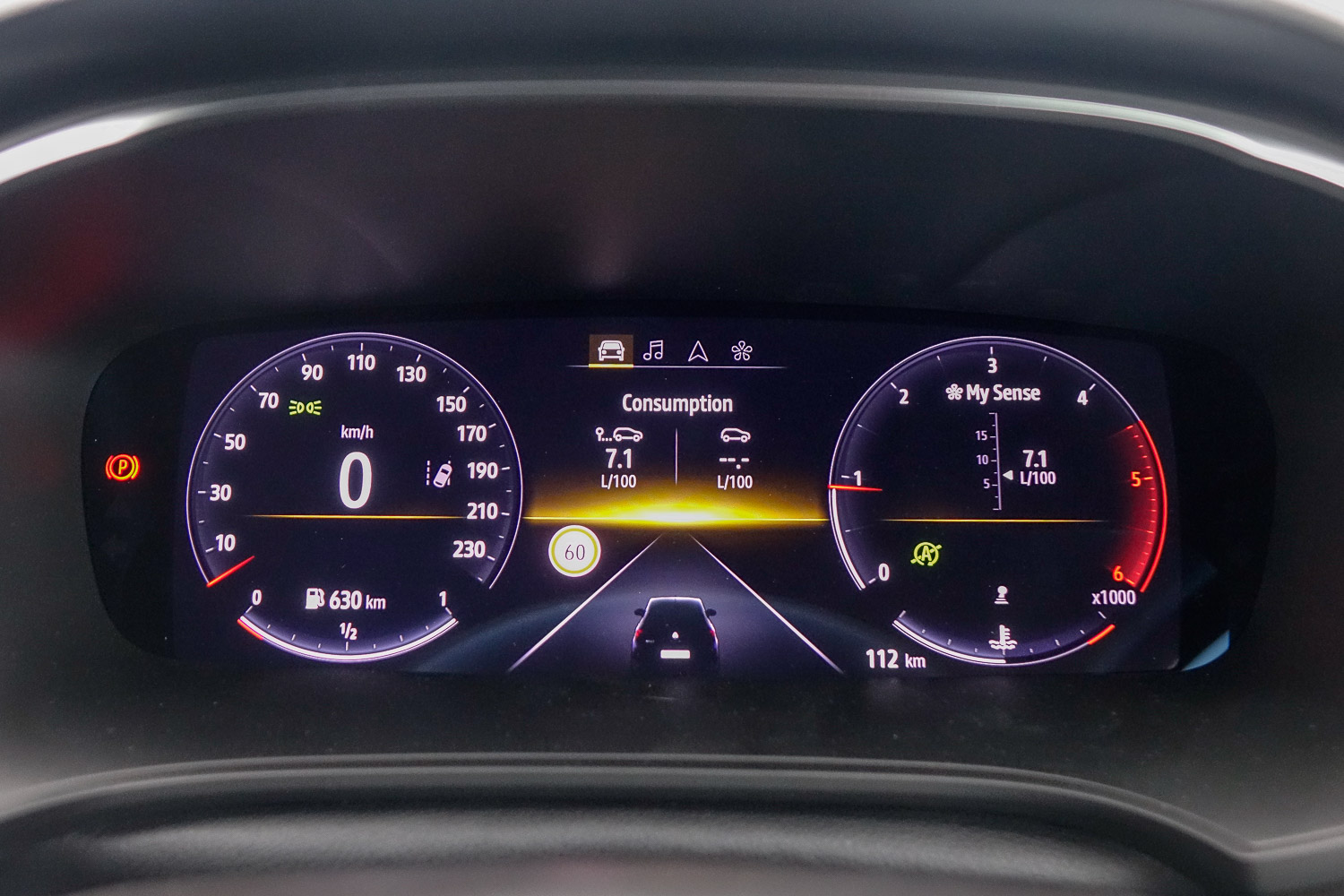 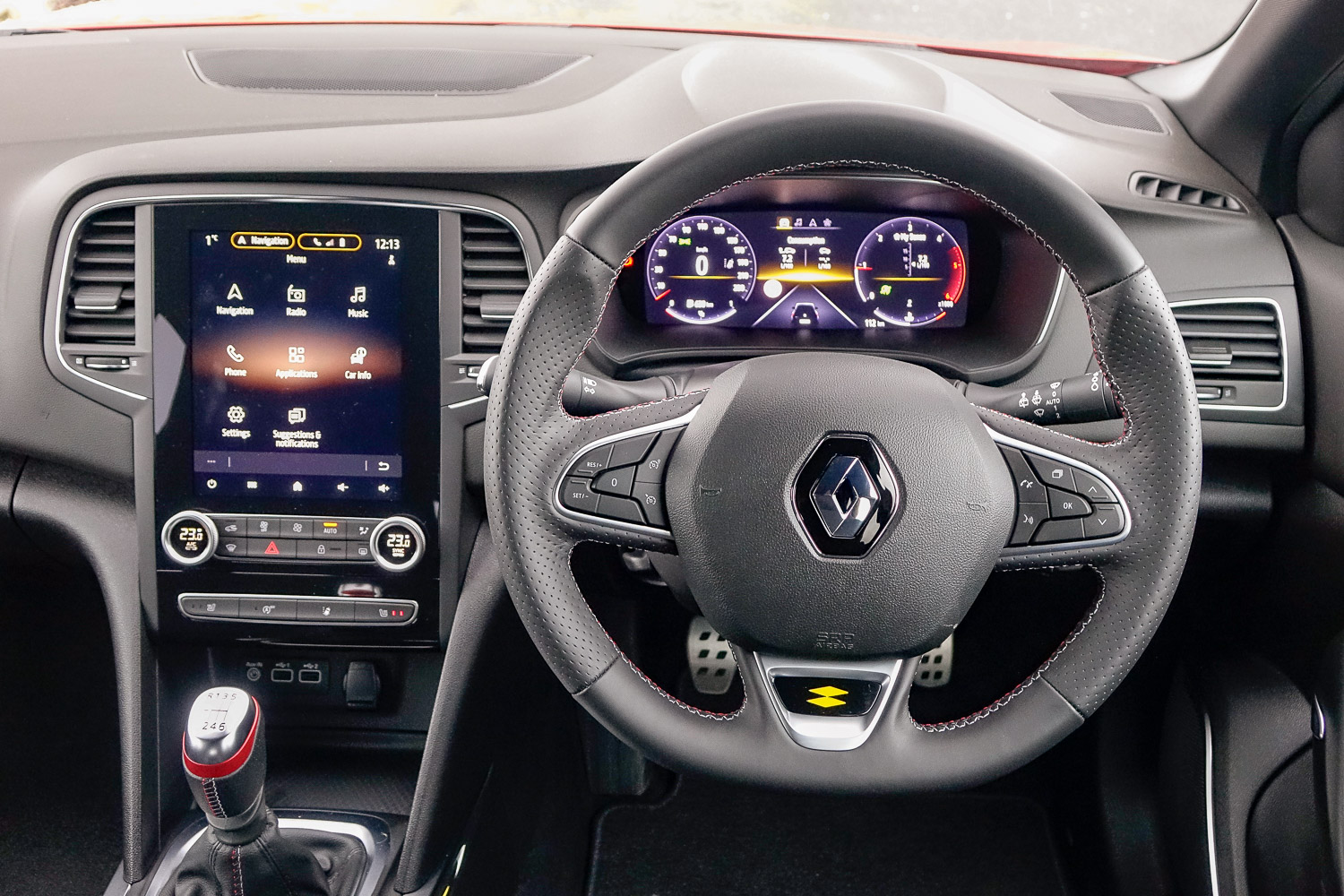 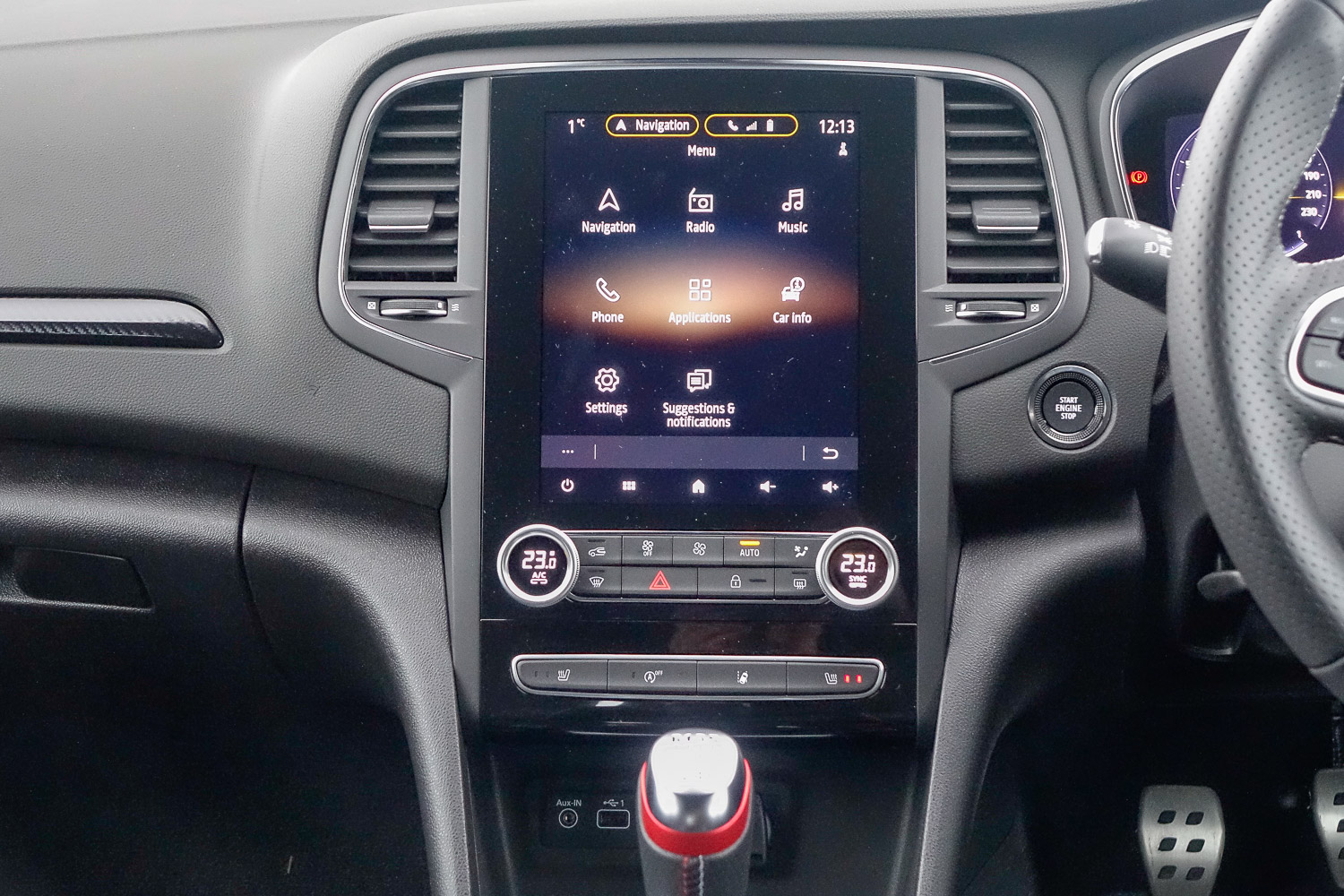 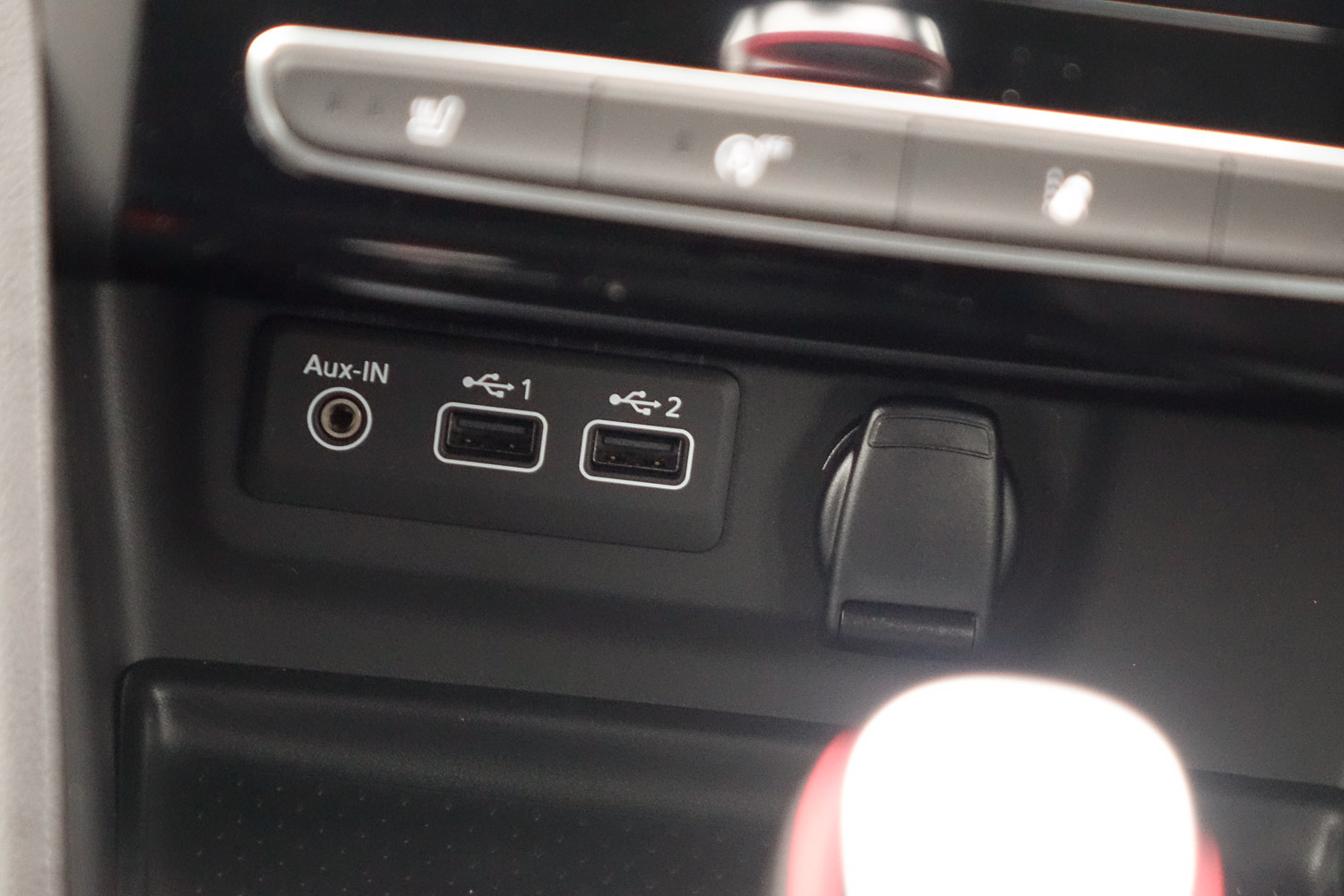 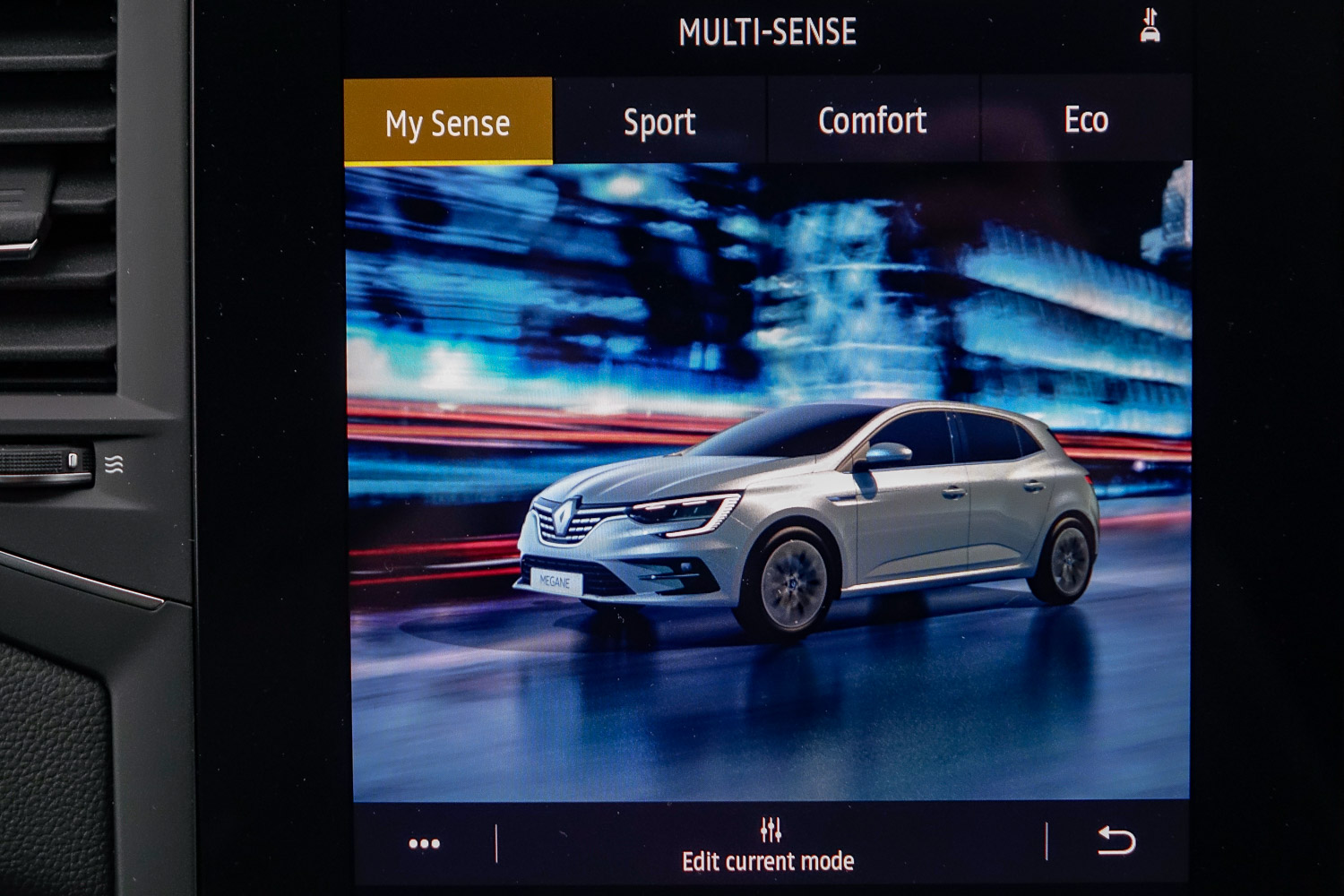 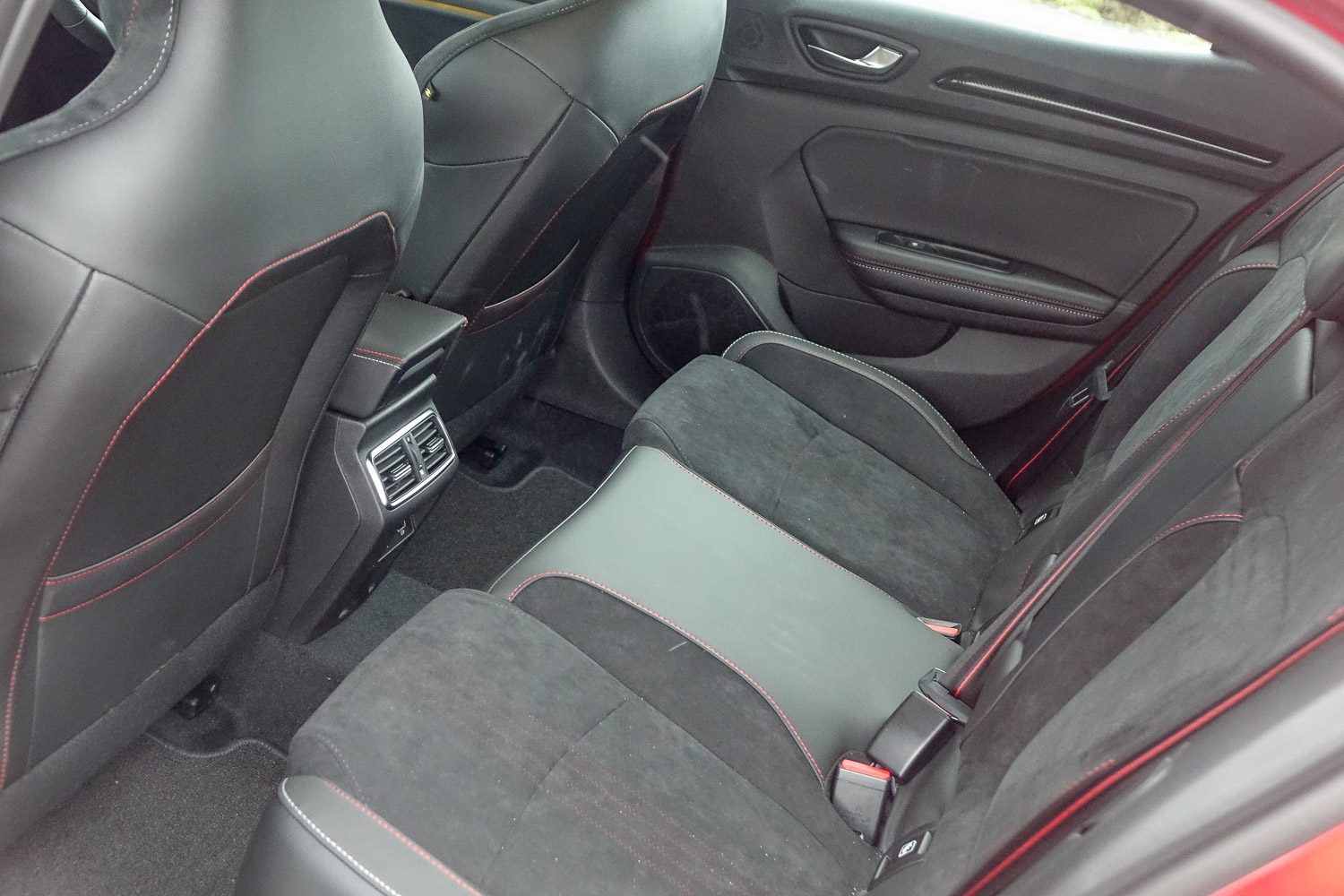 The fourth generation of the Renault Megane, the French company's C-segment challenger, was launched in Ireland in 2016. Late last year, the 'phase II' version was introduced, bringing with it a moderate update to the exterior style, a few tweaks to the cabin, adjustments to the model range and a plug-in hybrid option for the Sport Tourer estate.

Here we're testing the revised Megane in the new sporty looking R.S. Line specification. Under the bonnet is a 1.5-litre dCi diesel engine making 115hp, and it's bolted to a six-speed manual gearbox. Before options, this combination retails at €31,140.

The Renault Megane is offered in Sport Tourer estate, Grand Coupe saloon and five-door hatchback formats. In the hatch and estate, the trim levels are Play, Iconic and R.S. Line, the latter not to be confused with the range-topping Megane R.S. hot hatch.

Entry-level pricing for the hatchback, for the TCe 140 petrol model in Play specification, is €24,740. That gets cruise control and speed limiter, rear parking sensors, dual-zone climate control, Bluetooth, electric windows all-round and a seven-inch touchscreen with Apple CarPlay and Android Auto compatibility as standard.

That's a turbocharged 1.3-litre petrol engine making 140hp, incidentally, and the same unit is available in all trim levels in the Megane hatch. As is the 1.5-litre diesel tested here, called the dCi 115. It costs €2,000 more than the petrol option. Add €2,500 for an automatic gearbox with either engine. The 'E-Tech' plug-in hybrid system is currently only offered in the Megane Sport Tourer.

The Megane Iconic starts at €27,140 and adds an upgraded infotainment package (still on a seven-inch touchscreen), 16-inch alloy wheels, lane departure warning, traffic sign recognition and enhancements to the exterior and interior, along with selectable driving modes and ambient lighting.

Next up is the R.S. Line tested here, priced from €29,140. It gets 17-inch alloy wheels, R.S. Line bumpers, sports seats, an R.S. Line steering wheel and interior makeover, plus the new 9.3-inch touchscreen.

Regardless of trim level, the manual petrol Megane emits 130g/km and the auto 133g/km, for annual motor tax of €200 and €210, respectively. The diesel emits 119g/km no matter which gearbox is fitted, for an annual tax bill of €190.

At the time of writing, Renault Ireland is offering €1,250 cashback on a new Megane and payments deferred by three months with an APR of 3.9 per cent. Check the Renault Ireland website for the latest offers.

The core cabin of the Renault Megane is notably lifted by the R.S. Line additions. The bucket seats up front are deeply bolstered and trimmed in a tactile cloth material as standard, with contrasting red stitching. The backrest and headrest are integrated, too. Our test car featured the upgraded Alcantara upholstery, which really is lovely.

Meanwhile, the steering wheel is of a sportier design, with perforated leather for the rim, double stitching and a subtle double-diamond motif in yellow. That's a Renault Sport logo and it's found in tags on those lush front seats, too. Elsewhere, the dashboard gets a unique R.S. Line finish and red accents extend to the gear lever.

Aside from the Megane Sport Tourer E-Tech, the R.S. Line is the only Megane version to get a 10-inch screen for its instruments as standard. It's clear to look at, easy to use and can be customised to a certain extent.

More impressive, however, is the new 9.3-inch Easy Link touchscreen, an upright design. It's much snappier to respond to input than previous Renault systems and is crammed with useful features, including wireless smartphone mirroring. It also comes with an enhanced sound system.

That portrait screen is neatly integrated into a surround that also forms the backing for the air conditioning controls. These take the form of physical rotary dials with digital read-outs at their centre and there are simple buttons underneath for the heated seats. It all works intuitively.

Below that, you'll find an aux-in port, two USB-A connections and a 12-volt socket clustered together, sited above a generously proportioned area, clearly designed to accept even the largest phones.

Behind the gear lever there's a couple of relatively shallow cupholders under a sliding cover, with the curious drive mode selector to the left in front of the buttons for the electronic parking brake.

The central armrest hides a small cubby, though the door pockets are of a decent size.

In the back, the seat bases are set quite low, which aids headroom, at the expense of leg space. Still, there's above average room back there for the sector, even if the R.S. Line seat design does make the centre position look quite unappealing to sit in. Rear passengers do get their own air vents and a USB-A port.

There are ISOFIX mountings in the outer two back seats, though none in the front passenger seat. All Meganes come with an airbag deactivation switch for that front chair, however.

The R.S. Line additions to the Megane interior work well, giving it a sportier ambience. The seats and steering wheel in particular feel good and there's plenty of adjustment in the driving position. Visibility in all directions is good, too.

Renault went a little too far, in my opinion, when trying to imbue the R.S. Line model with sportiness, as it gets a synthetic engine sound system that is, frankly, a bit silly in a 115hp diesel hatchback. The prominence of this fake noise can be adjusted using the various driving modes.

Otherwise, the four-cylinder diesel engine is remarkably quiet and smooth. Unfortunately, we found it tricky to modulate the power on moving away from rest, meaning either almost stalling or almost spinning the front wheels. Aside from that, there's more than adequate performance on tap, despite the modest on-paper power and torque outputs, and the Megane feels peppy once the car is up to speed.

It also has an assured chassis. It's only just on the firm side of comfortable, yet it's adjustable, agile and actually quite fun to drive. That's balanced by decent cruising refinement and comfort, making it a good all-rounder.

Over 160 kilometres of mixed roads (mostly urban, in truth), in freezing cold weather, we averaged 7.0 litres/100km. We'd expect the petrol version to record about the same in these conditions, with the diesel making more sense on long motorway journeys at higher speeds.

Alternatives to the Renault Megane

Where to begin? The Megane competes in a sector that is arguably overcrowded and actually dominated by just a few cars. In order of popularity in Ireland, these are the C-segment hatchbacks that outsold the Megane in 2020: Ford Focus, Volkswagen Golf, Toyota Corolla, Kia Ceed, Skoda Scala, Hyundai i30, Honda Civic, Mercedes A-Class, BMW 1 Series and Opel Astra. Will the update be enough for the Megane to convince buyers it's worth considering? It's a tough question.

Our verdict on the Renault Megane

The Renault Megane is oft forgotten by C-segment hatchback buyers, as it's a sector dominated by just a few models. Despite that, it's a decent alternative to the default options, with good value, space and equipment on its side. The updated model looks and drives better than ever, giving buyers more reason to check it out.