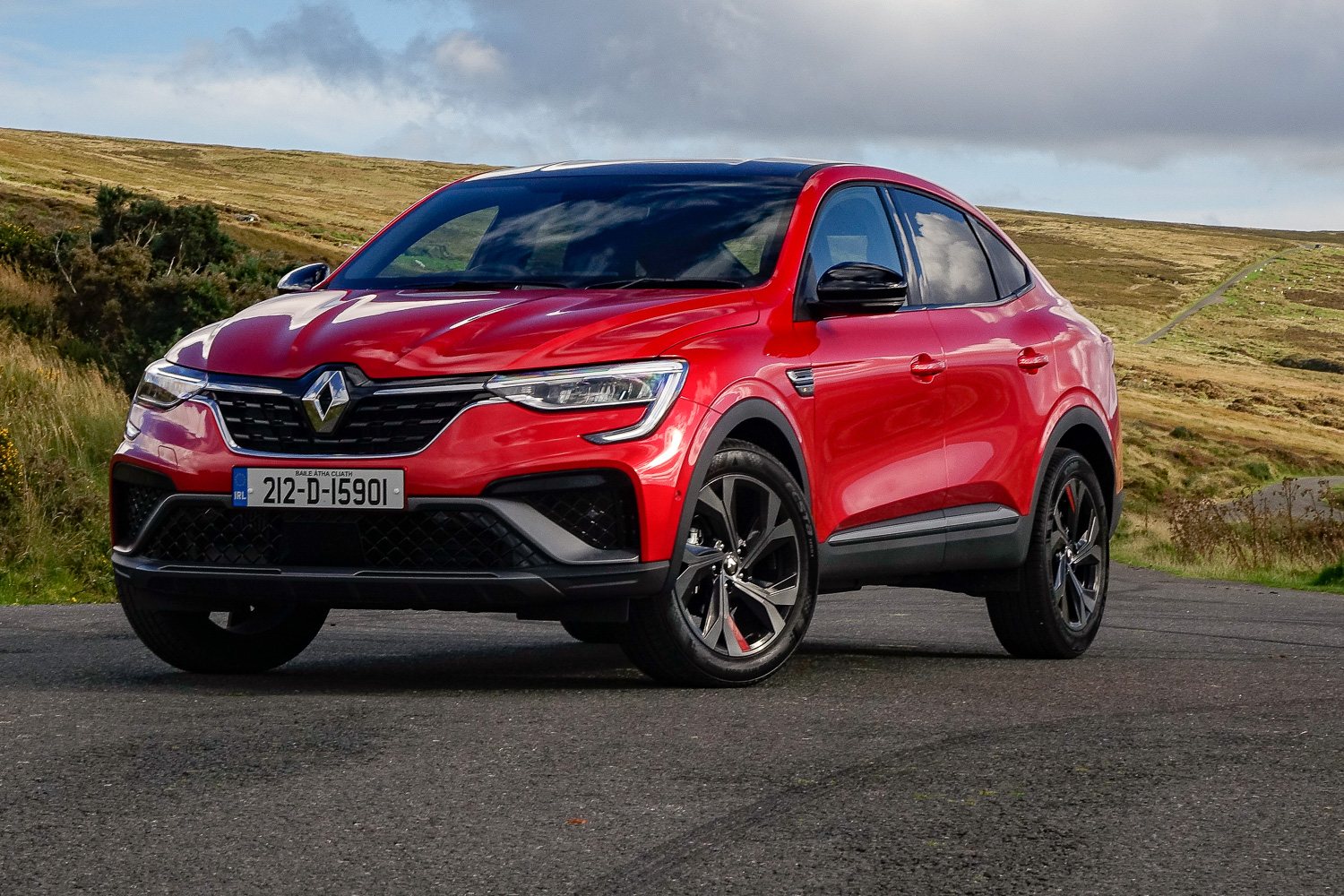 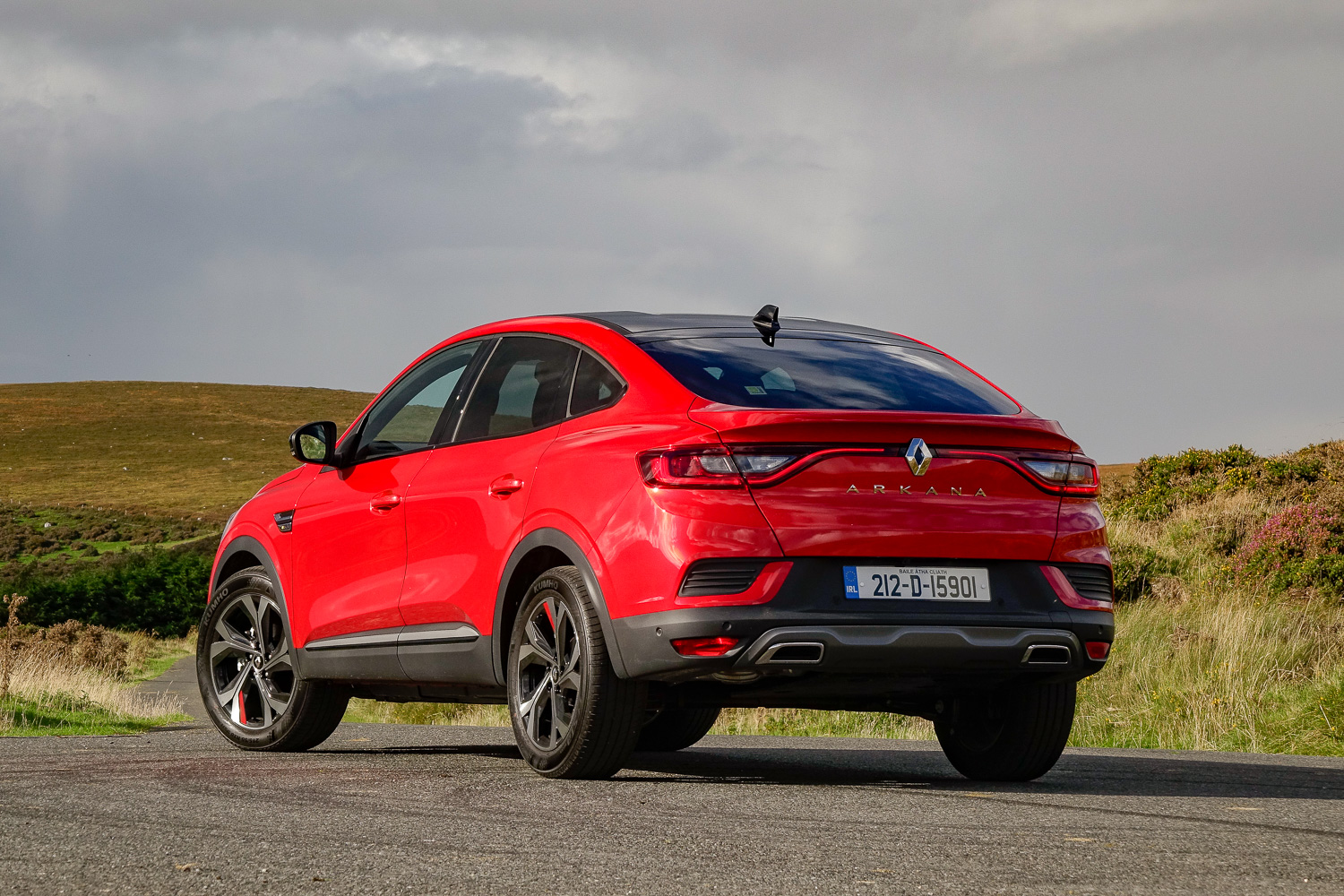 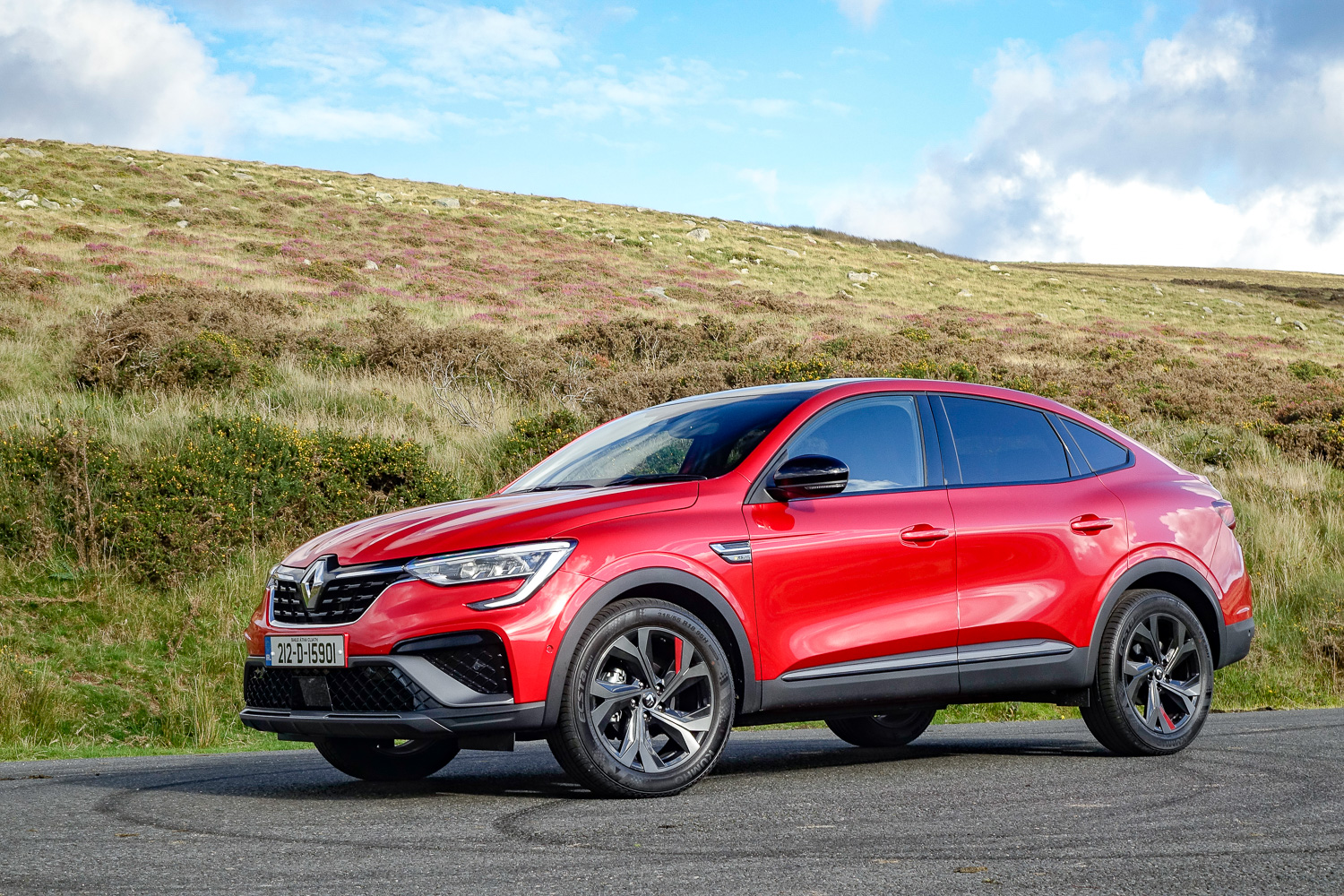 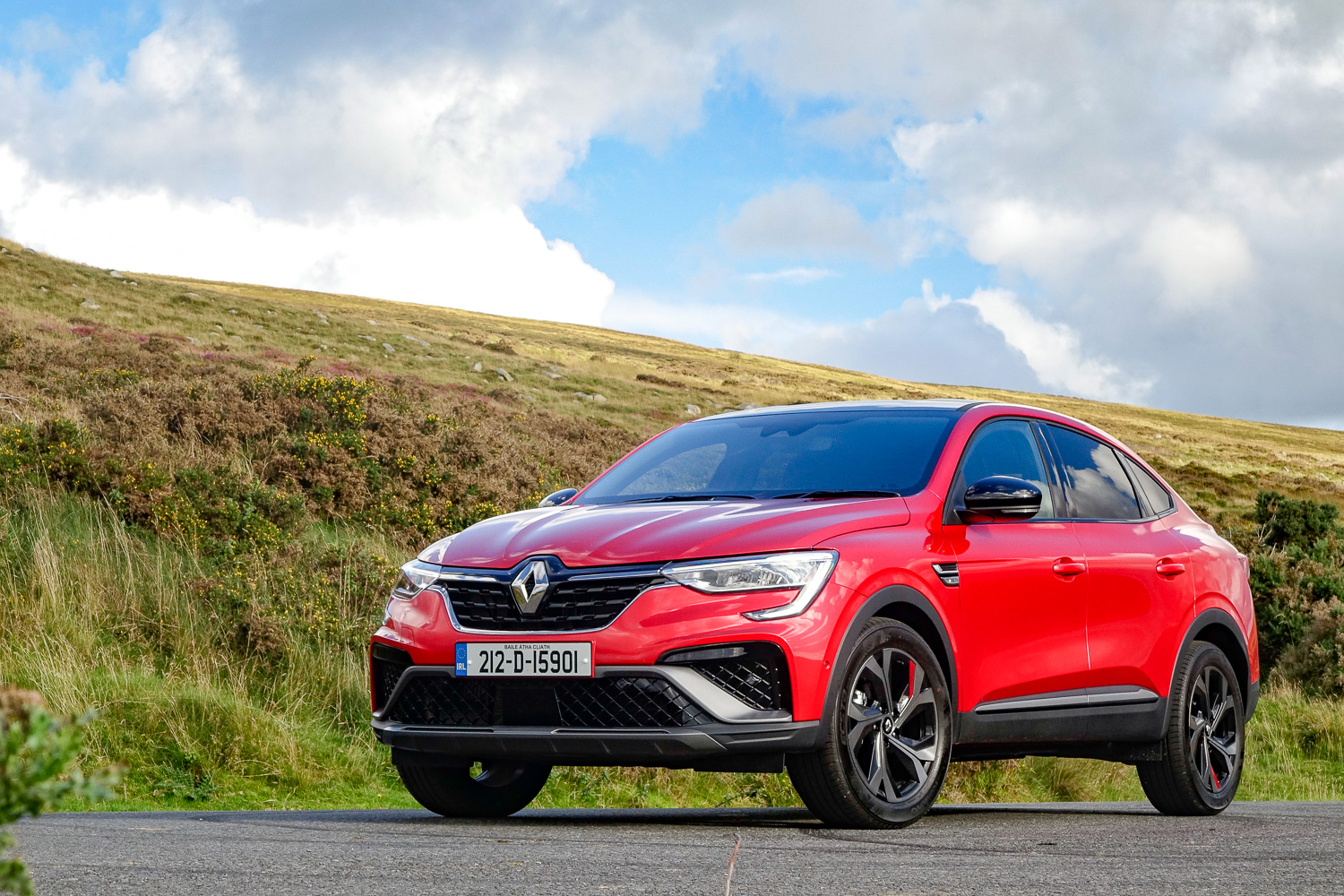 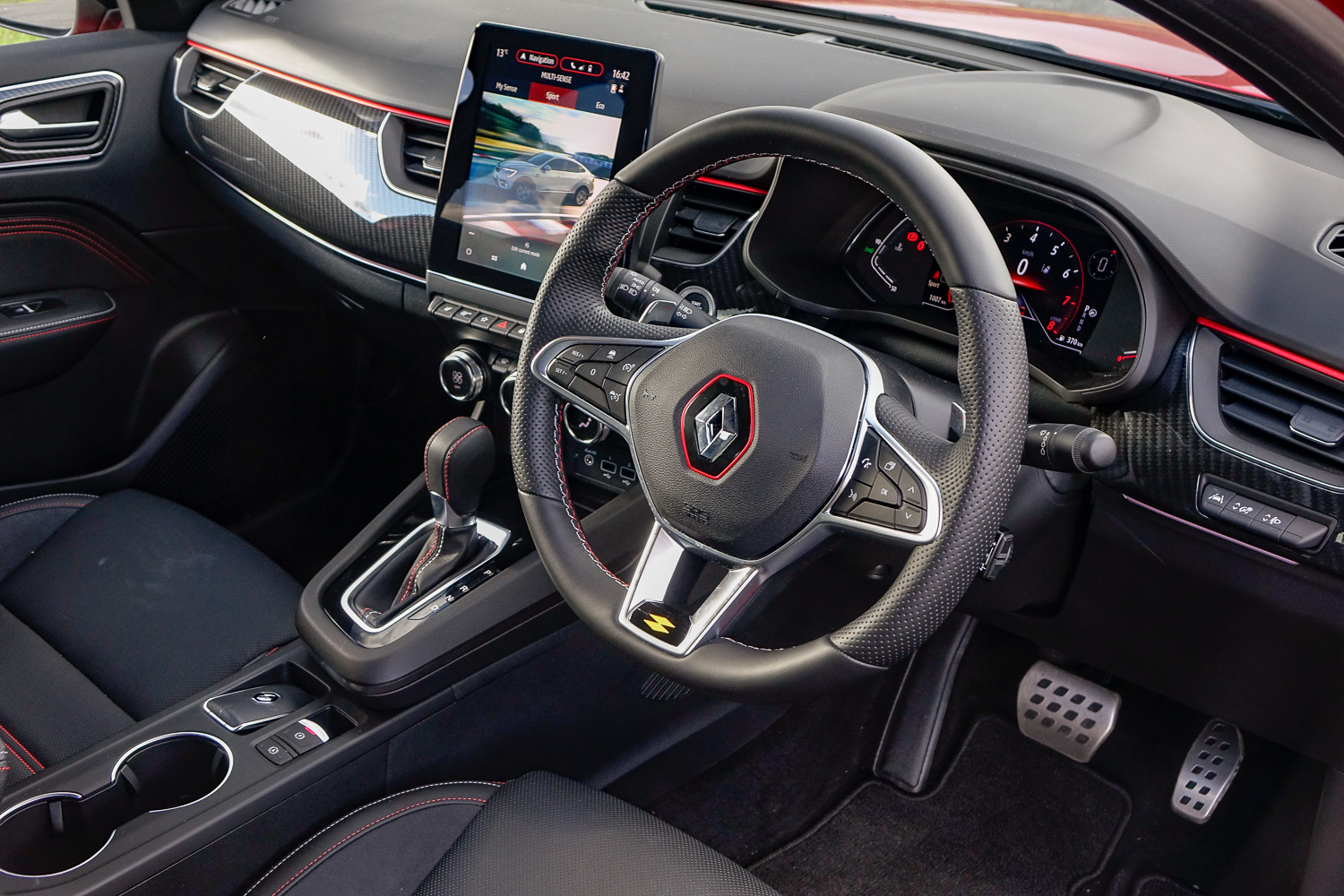 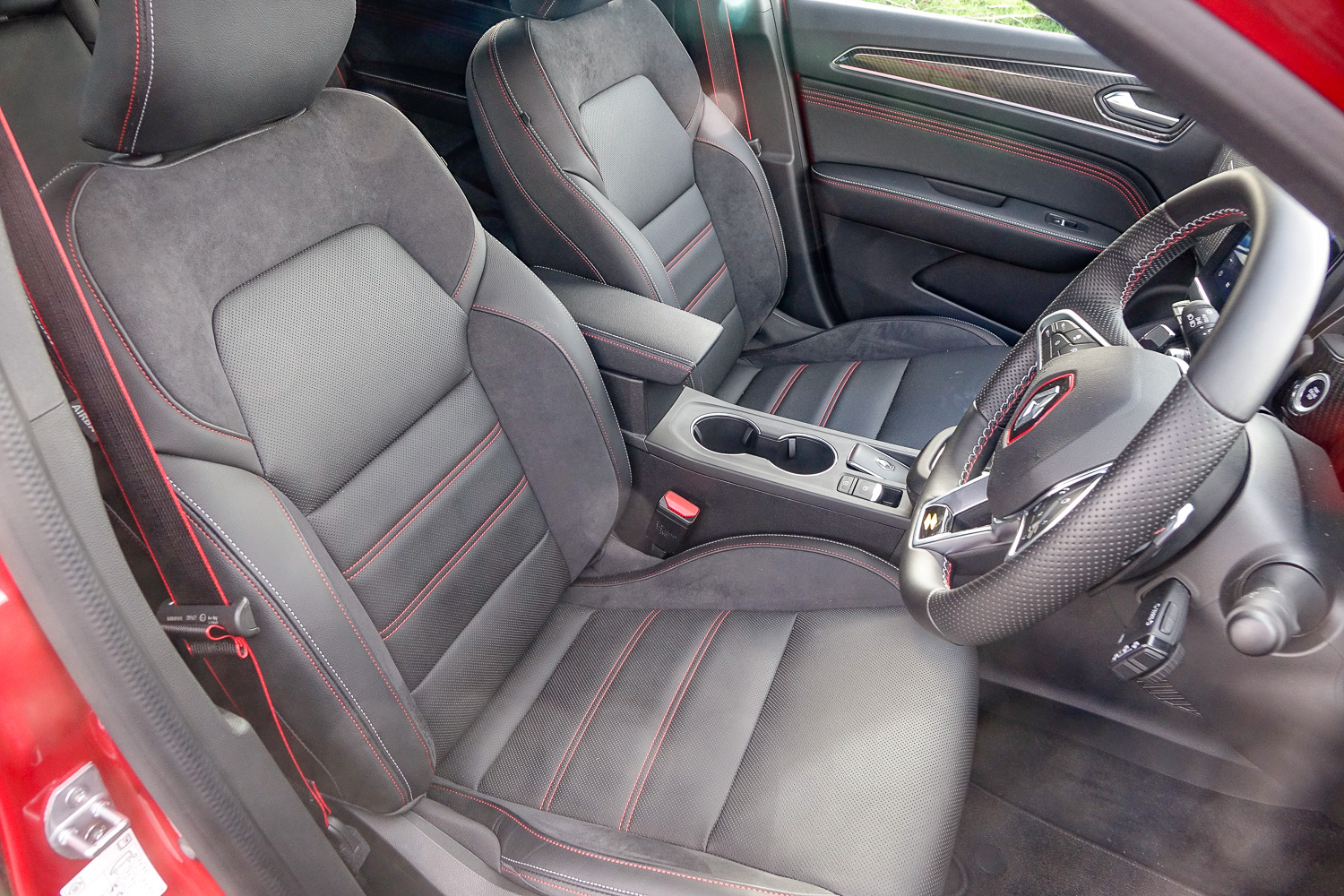 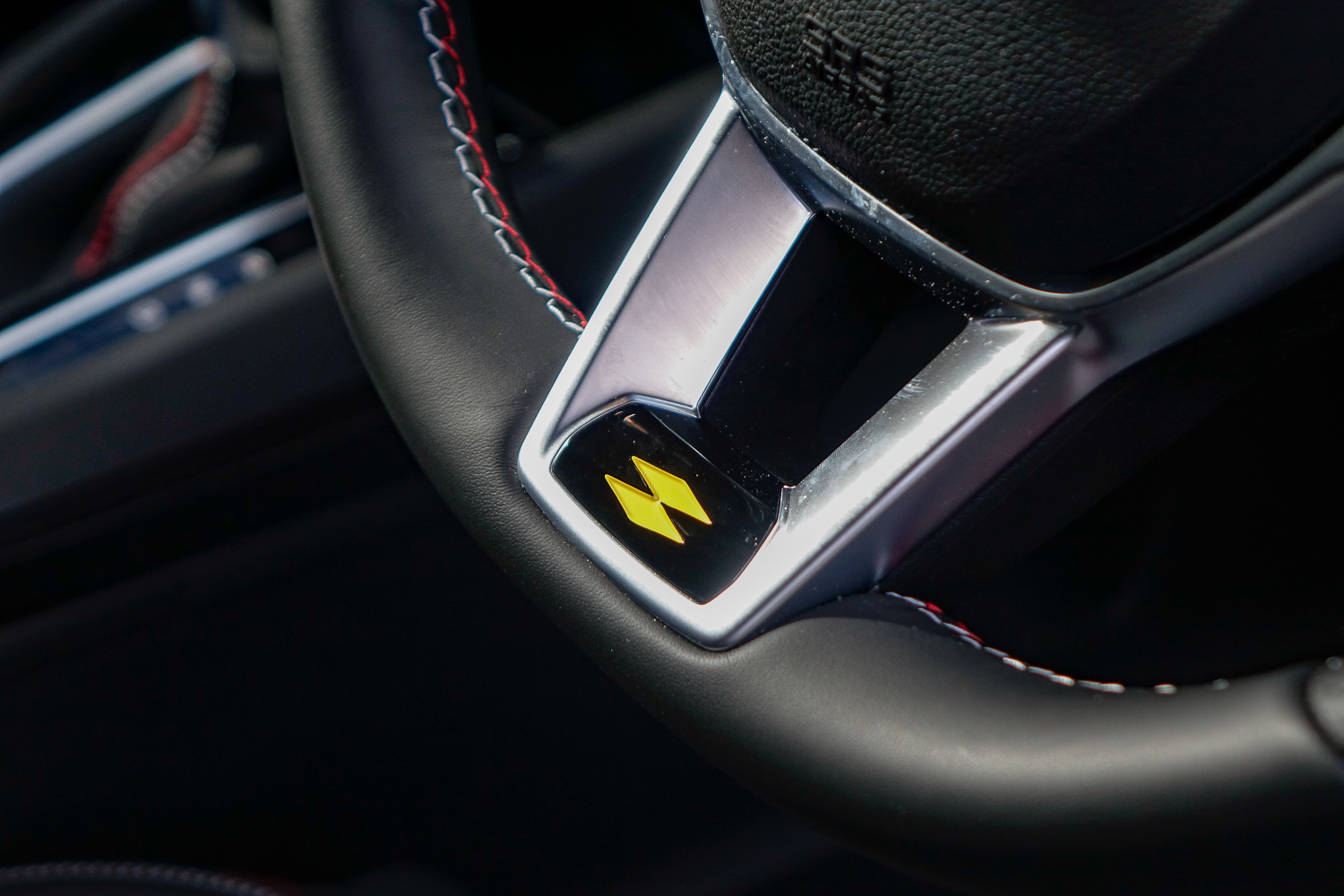 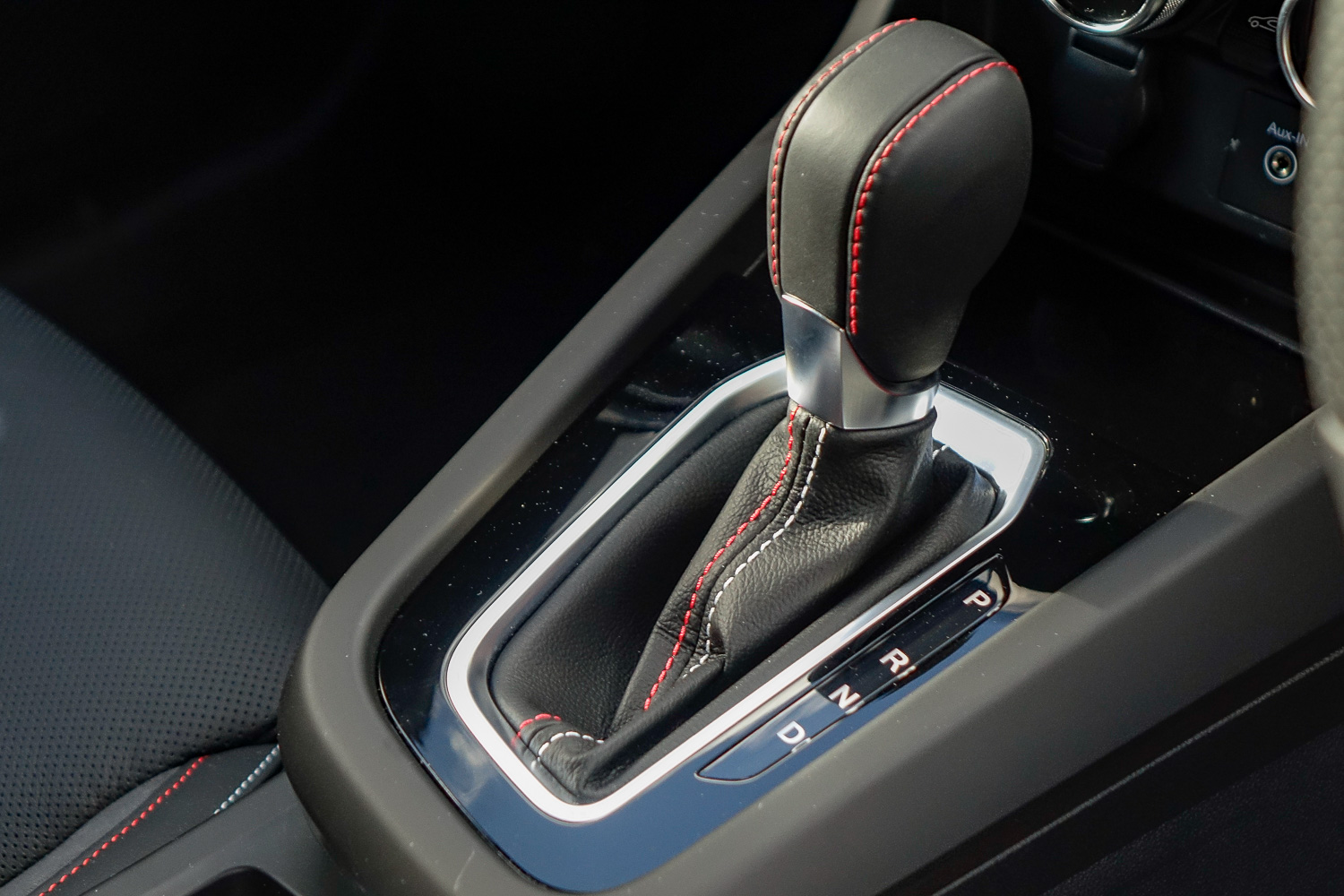 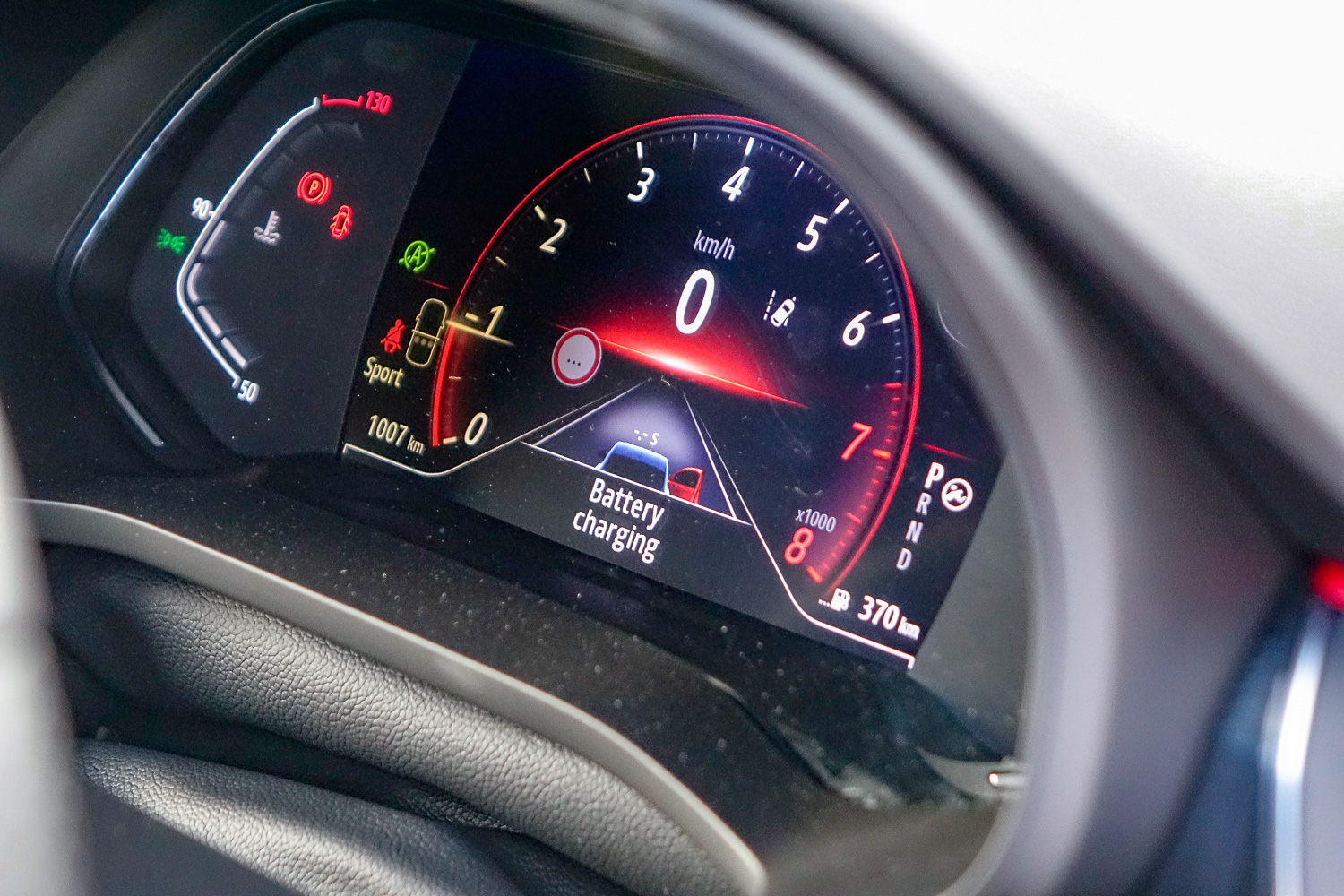 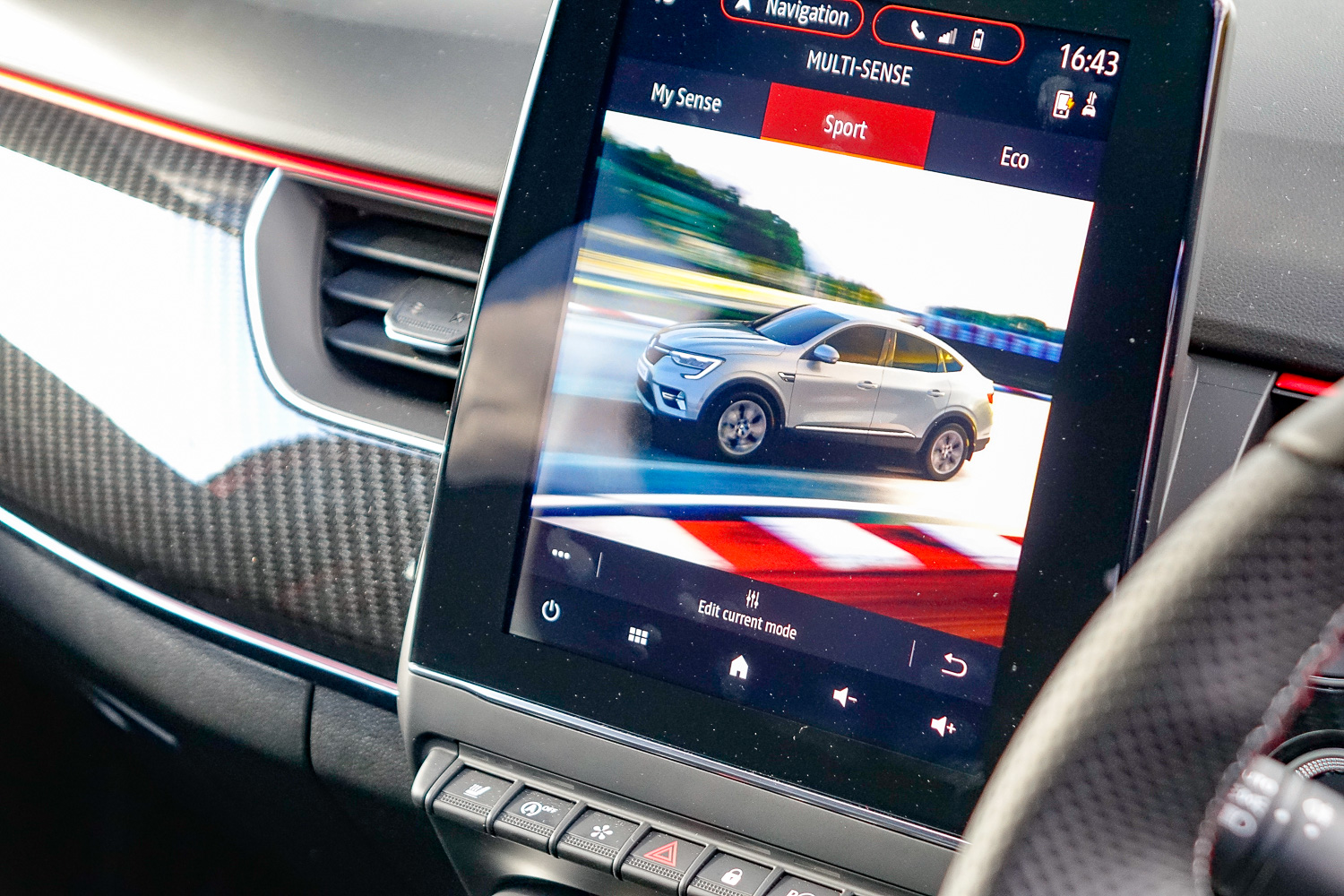 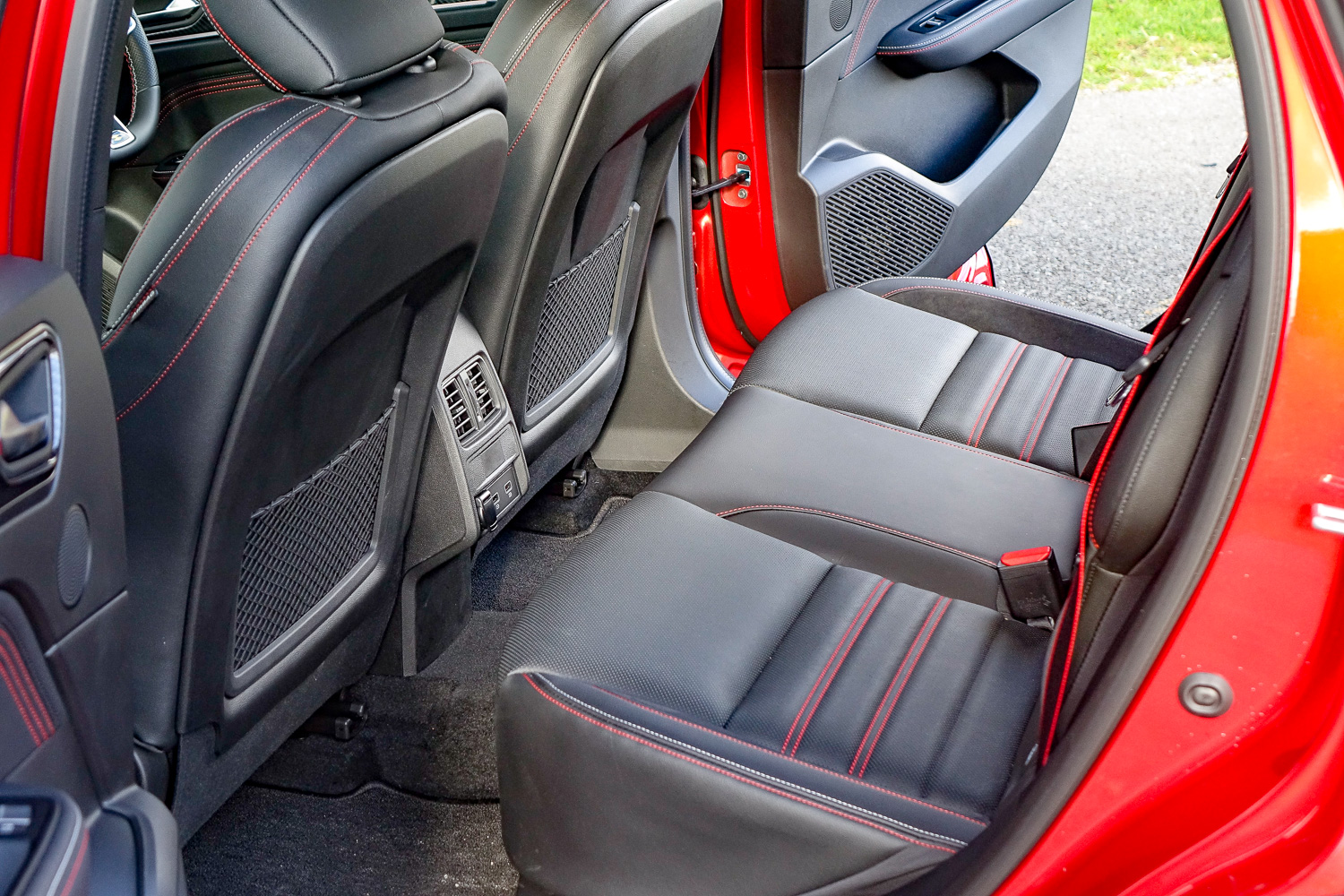 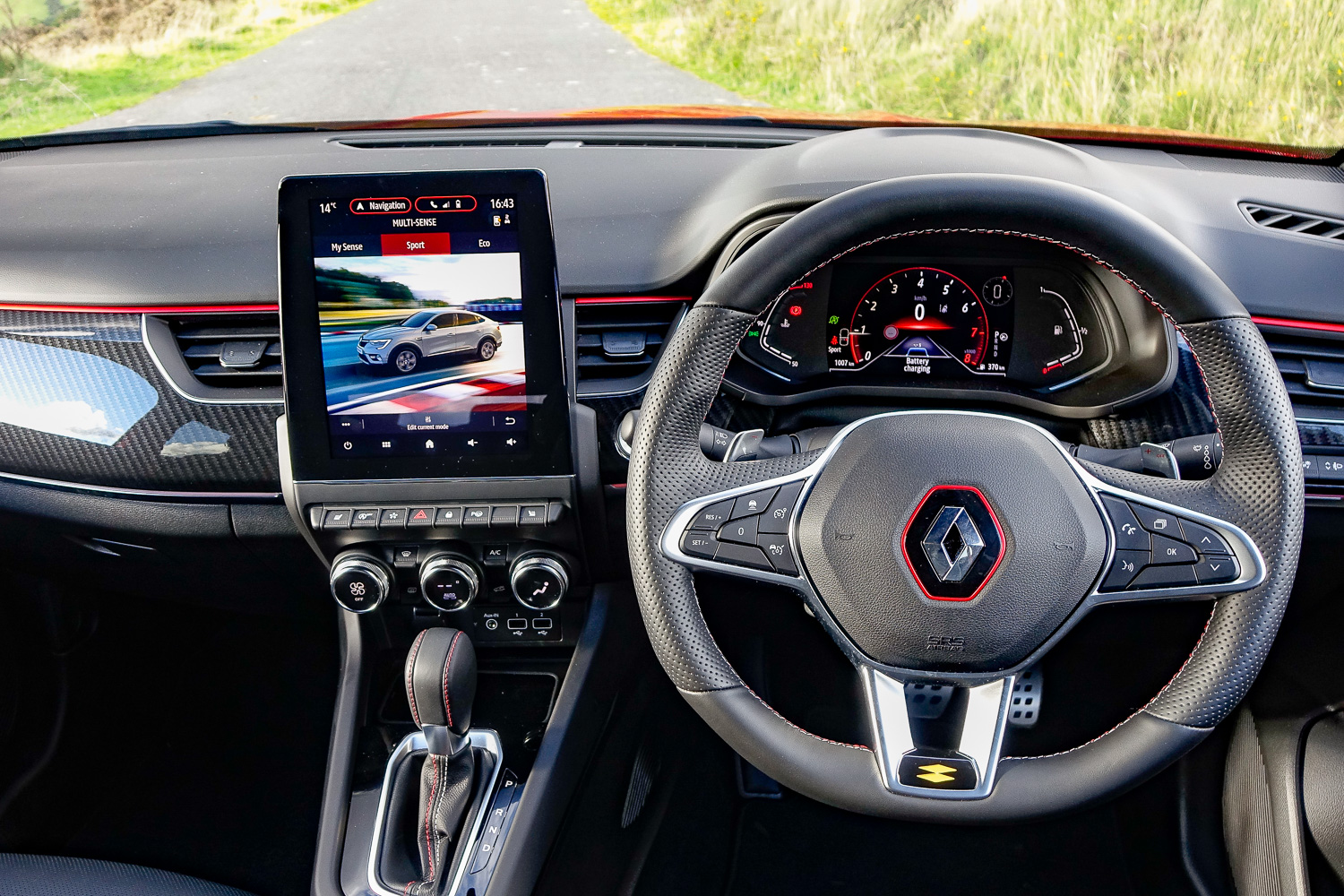 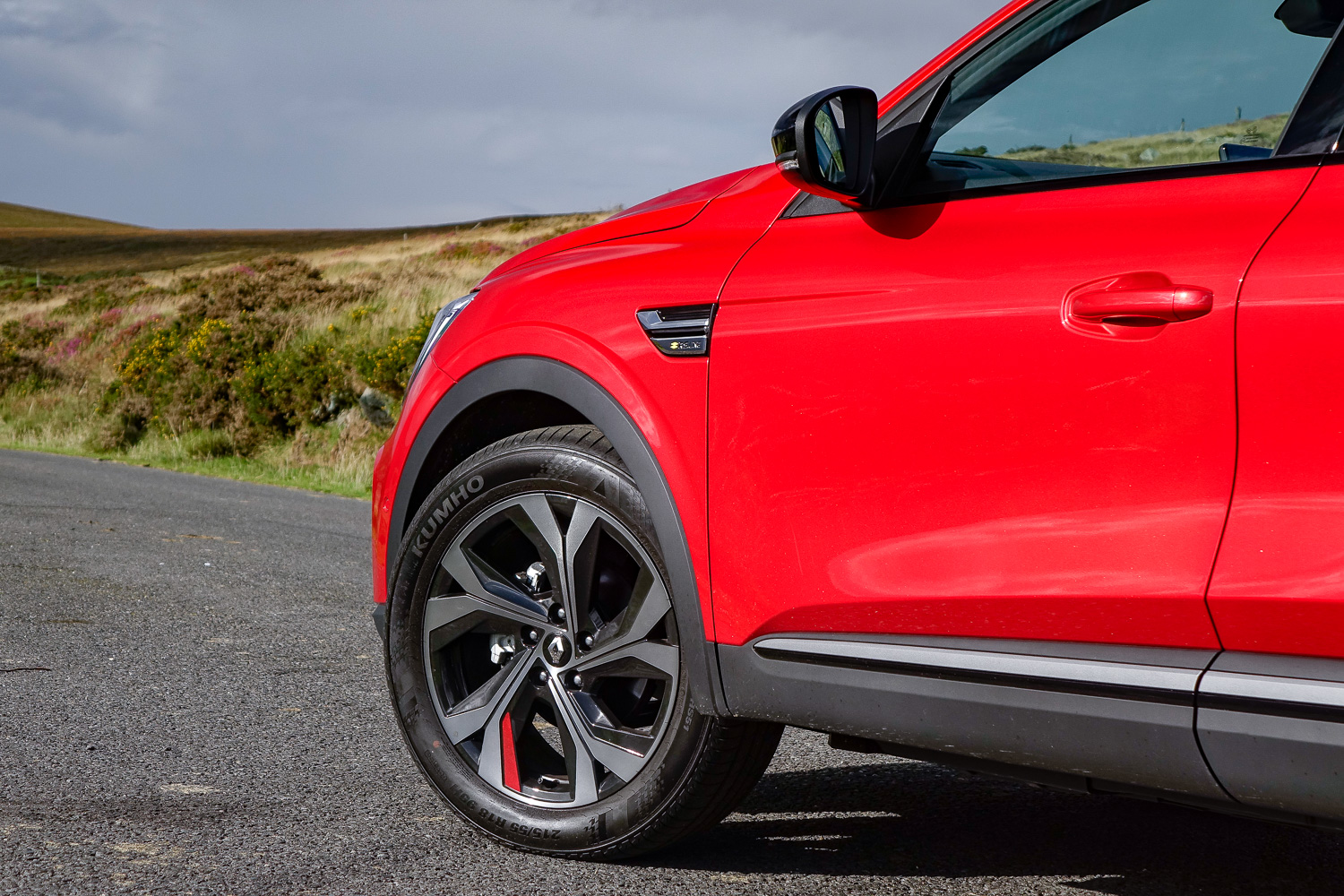 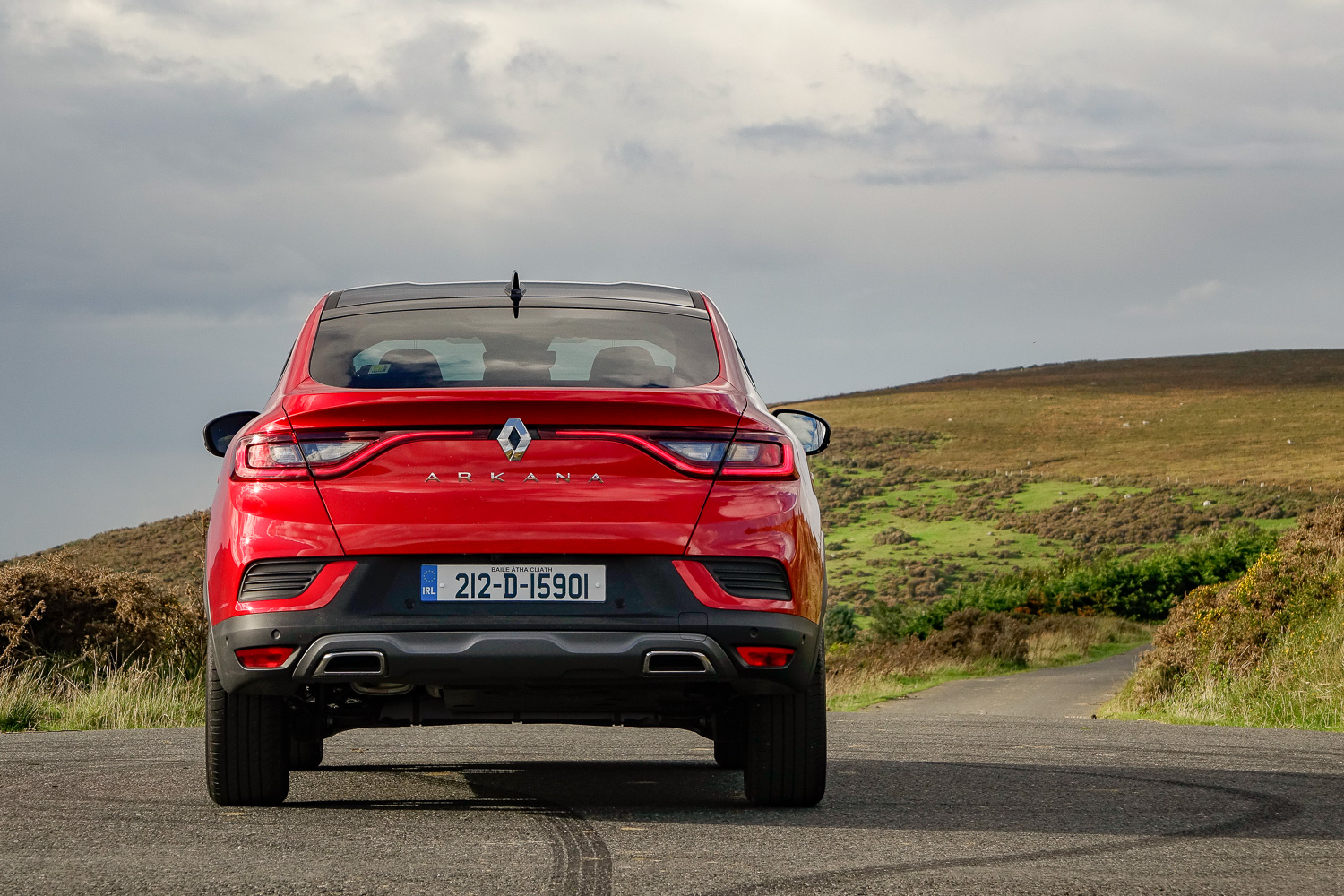 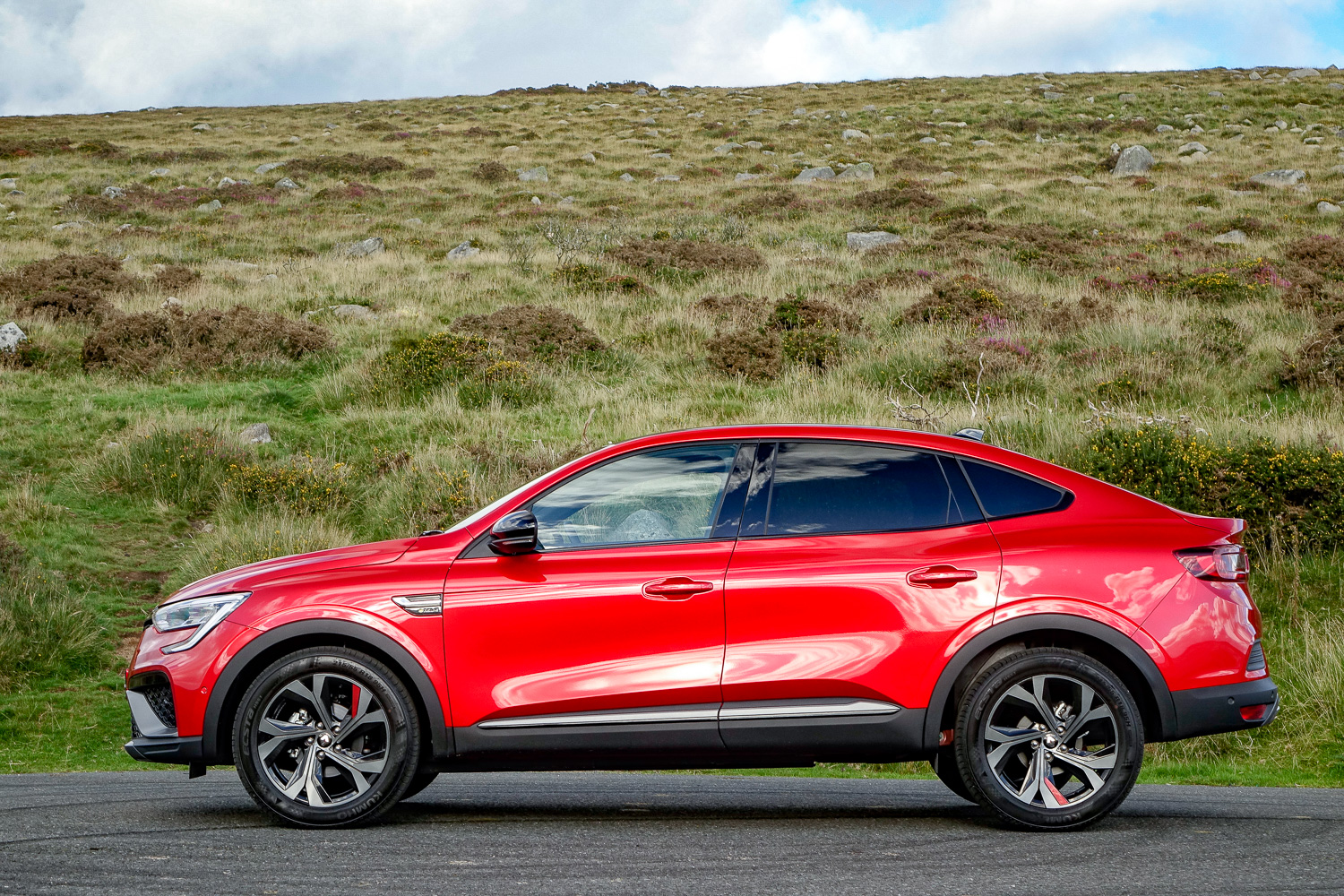 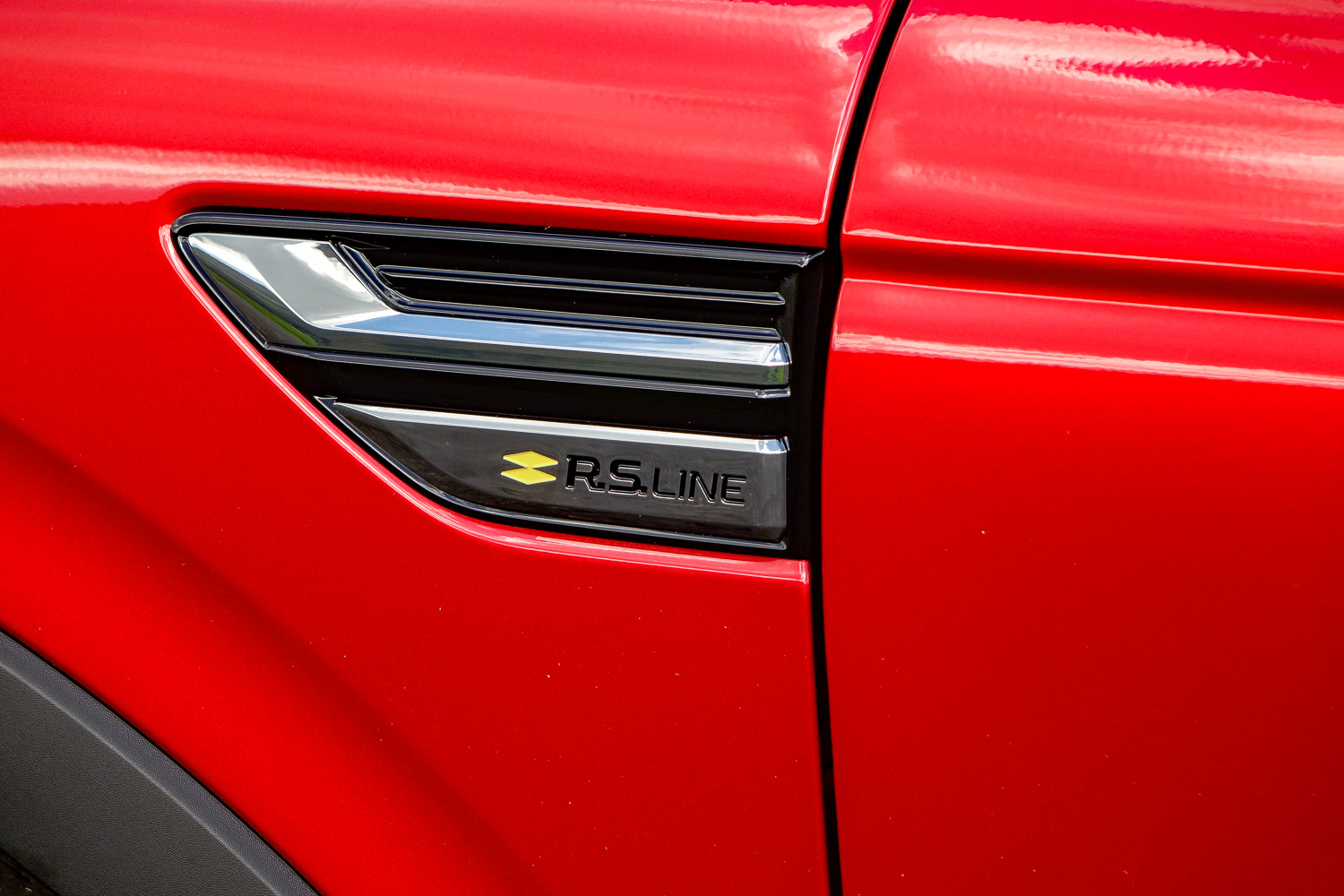 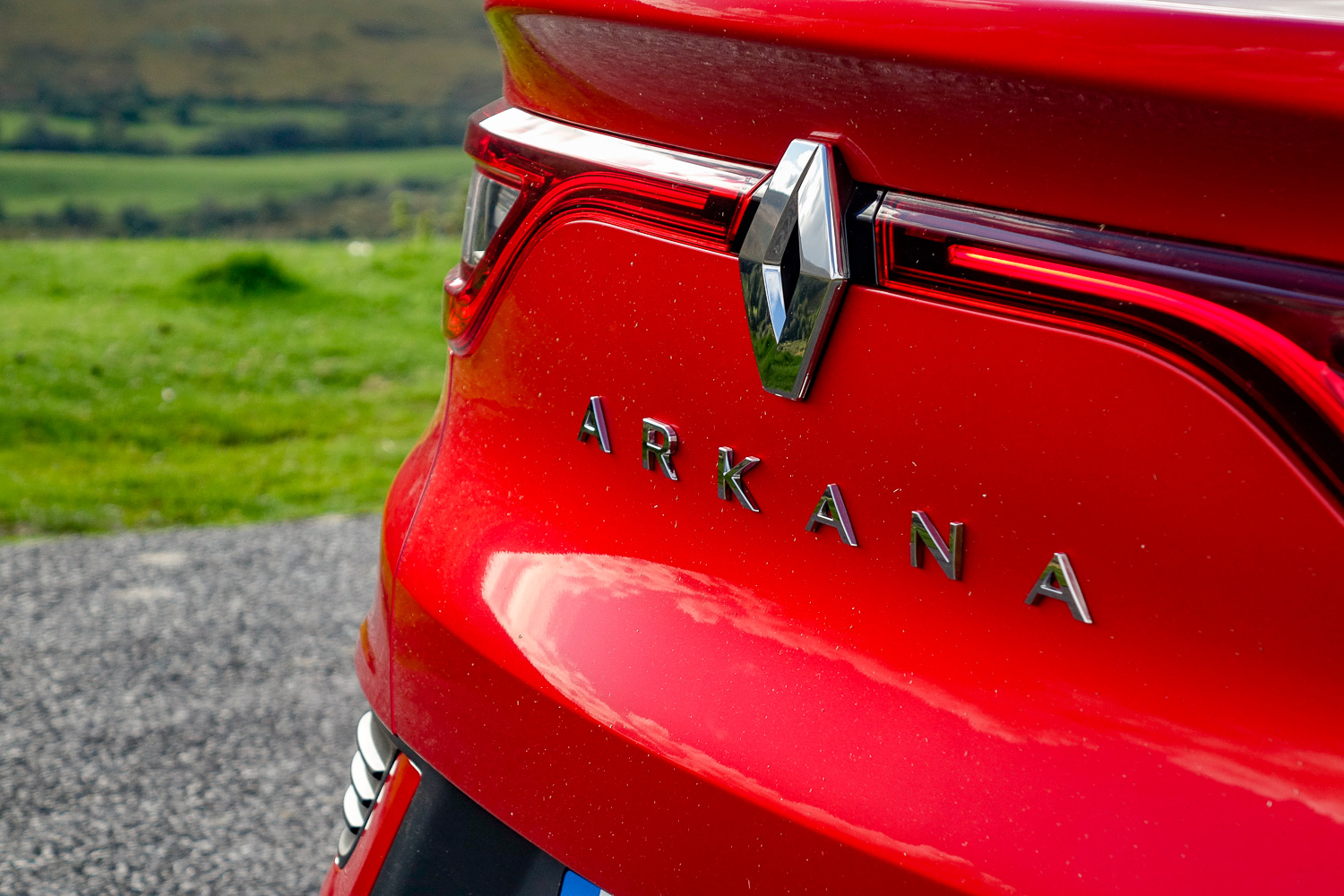 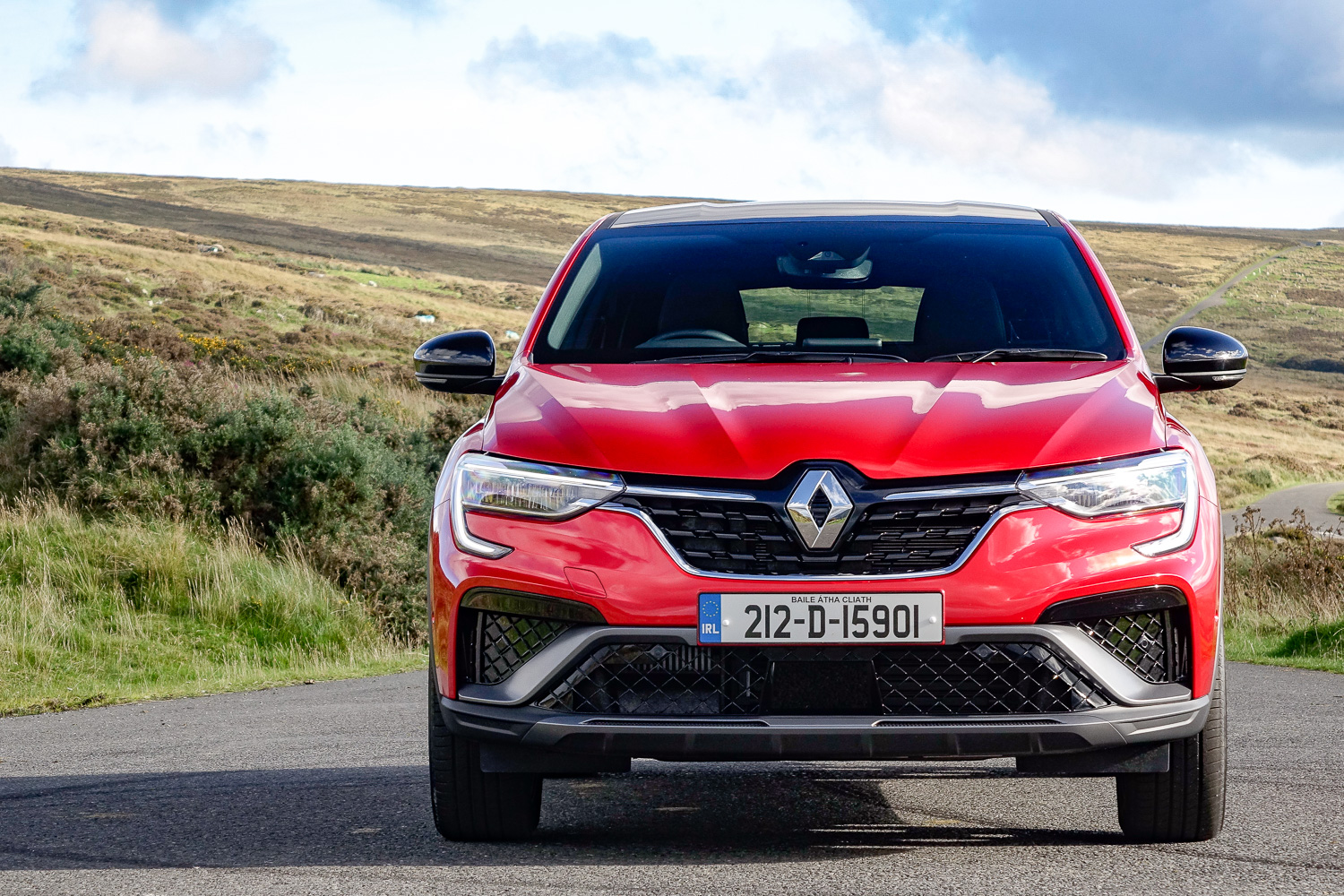 A Renault-badged clone of a BMW X4? That's the new Arkana. What's it like in mild-hybrid form?

The Renault Arkana has been on sale for quite a while already. Not here in Ireland, of course as the Arkana only hit these shores within the past few months, but in markets such as Russia and South Korea, where it has been quite the hit for Renault.

Oddly, the Arkana that has been on sale in those countries isn't the Arkana we're getting. Although the two Arkanas look the same, the one you can buy in Russia rides on the old 'B0+' platform, which is closely related to the old Clio. The Arkana that you can buy in Ireland is based on the latest CMF-B platform, which you'll also find under the likes of the current Clio, the Captur and the Nissan Juke. The Arkana is pretty well the largest car that you can buy that is spun off this platform.

What it's not is a coupe version of the popular Kadjar. Confusingly, the Kadjar is built on the CMF-CD platform (see also: the Nissan Qashqai, the Renault Scenic and others). Nonetheless, the two cars are similar in size and similar in style and so - to all intents and purposes - a coupe-Kadjar is exactly what the Arkana is.

It's more or less (anyone remember the SsangYong Actyon? No? Just us then...) the first time any mass-market brand has tried to tempt customers with the sort of swoopy-coupe roofline bolted to an SUV body that has proven such a success for the likes of the BMW X4 and X6, the Audi Q3 Sportback and the Mercedes-Benz GLC Coupe. We've tried, and liked, the Arkana as an E-Tech Hybrid model, so what's it like as the more affordable mild hybrid?

Renault refers to this Arkana's powertrain setup as a micro-hybrid, whereas most others call it a mild hybrid. Whatever the nomenclature, the effect is the same. Although it's called a hybrid, it's not like the more expensive Arkana E-Tech Hybrid, nor like rival systems from Toyota. There's no beefy battery here, and no electric-only running.

Indeed, there's not even the high-power 48-volt mild-hybrid setup essayed by some rivals, but instead a more affordable 12-volt system. While that may sound like it's lacking in comparison, in actual use the overall effect is still the same - there's a beefed-up motor/generator (in place of a more conventional alternator and starting motor) that takes care of the car's electrical system and draws extra energy from braking and decelerating. That extra energy can either be devoted to extra acceleration (although Renault does not quote any specific figures for extra power nor torque) or can be used to work the stop-start system harder around town, saving fuel and cutting emissions.

Renault's finance offers for the Arkana start with a PCP plan that includes a €10,000 deposit, an optional final payment of €12,788 and €249 per month repayments. Check out the Renault Ireland finance webpage for the most up-to-date offers.

In spite of the big, upright screen in the centre of the dash (only the Iconic model makes do with a smaller, horizontal, seven-inch version, which is actually still quite decent), the Arkana's cabin is quite plain in its design. If that sounds like a criticism... well, it is, but then there's a benefit too, which is that it's simple and easy to find your way around.

Renault has thankfully resisted the temptation to add the heating and air conditioning switchgear to the touchscreen - those instead are operated by large, chunky rotary controls below the centre console. You'll find two USB type-A ports down there too, along with a 12-volt socket. Work your way back along the console and there's a substantial gear selector (again, nothing fancy here - just a large, chunky lever) and the switch for the electric parking brake.

There are also two cupholders (quite deep ones, so they'll hold bottles) and a small, but useful, storage box under the centre armrest (which slides to adjust for a more comfortable position). There's also a storage area beneath the centre stack, in front of the gear selector, and another small, shallow storage tray just behind the parking brake switch.

The main screen is very good. Some of the graphics look a little 'Fisher-Price' but the menu layout is quite simple and easy to use, and the displays are clear. It also integrates much better with Apple CarPlay and Android Auto than did Renault's previous large screen.

In front of the driver there's a seven-inch digital instrument panel, flanked by two physical gauges for engine temperature and the fuel gauge. It doesn't look as impressive as some rivals' full-width digital instrument screens, but the graphics are crisp, and the displays are clear. The colours and layout alter slightly depending upon whether you've selected Sport or Eco modes (which you do via the centre screen).

The steering wheel has buttons for the cruise control and some switches that manage the functions and information displayed on the driver's instrument panel. That pushes the fingertip audio controls to a satellite pod on the steering column - in the grand Renault tradition of such things. That feels a little clunky, when you've become used to steering wheel-mounted controls, but actually it's quite effective.

Seat comfort up front is excellent, with lots of adjustment in both the seat and reach/rake adjust steering wheel. In the back, you'll be expecting everything to be a bit cramped, thanks to that chopped-off roofline, but actually it's not. OK, so headroom feels a little more limited than in the more conventional Kadjar, but it's still adequate for all but the tallest of rear-seat passengers, while legroom is entirely competitive.

Back-seat passengers also get two USB-A and 12-volt sockets, but you'll struggle to fit anyone comfortably in the centre rear seat - as is the case with most modern cars, the rear is essentially for two except for the occasional extra middle passenger. At least there are ISOFIX points in the outer two rear seats, and in the front passenger seat for that matter.

Out the back, there's a very decent 512-litre boot, with an adjustable boot floor (the floor panel can be flipped upright, so that it divides the boot into two sections, which is helpful). Fold the back seats (they split 60:40 and they do fold almost flat) and you've got 1,269 litres to play with. Obviously, packing in larger items is going to be compromised by the sloping rear roofline and window, but it's a good volume all the same.

Better yet, there's a sense of very good quality to the cabin overall. S-Edition models get a fetching cabin trim that looks like turned aluminium, and the level of perceived quality definitely feels a step up from the likes of the Kadjar and Captur.

As with many hybrids, what you get from the Arkana micro-hybrid depends on what you put into it, which might mean altering your driving style a little. Plant your right foot hard, and try and drive it like a hot-rod, and the engine will surge and roar, and it doesn't sound good when it does that. Part of the problem is the seven-speed EDC gearbox, which is too keen to kick down a gear at times, although this habit is reined back a bit if you select Eco mode.

Instead, use a lighter touch with your acceleration, use the engine's copious 260Nm of torque and you'll still make perfectly brisk progress, but in a much more refined manner. Overall economy is fairly good, too - Renault quotes 5.7 litres per 100km, and we averaged 6.7 litres over a mix of urban, motorway and fast, twisty-road driving.

The Arkana doesn't spring any surprises when it comes to its overall driving experience, but again it feels a distinct step forward from the smaller (but related) Captur, with better steering weight and feel, and a more consistent balance to the chassis. Push the Arkana hard on a challenging road and it understeers (exactly as you'd expect) but does so without rancour - back off the throttle and there's enough adjustability in it for a modicum of enjoyment.

What it's much better at is long-haul driving. Whether on a motorway or other main road, the Arkana lopes along really rather nicely. The engine fades away to a background hum and the ride quality on the sensibly sized alloy wheels is simply excellent. It's a hugely comfortable car (and a very safe one, too - check out that NCAP rating) that will, counter-intuitively given the coupe-wannabe styling, make it something of an ideal family option.

Even visibility isn't bad - yes there's a fair-sized blind-spot over your shoulder, thanks to that long, sloping D-pillar, but the side glass is actually quite generous, and the reversing camera helps when in tight spaces.

Alternatives to the Renault Arkana micro-hybrid

Mention the words 'hybrid' and 'crossover' and you instantly think of the Toyota C-HR. The Toyota is a 'full' hybrid, rather than the mild hybrid of this Arkana, but they're otherwise well-matched in terms of price and specification. The C-HR is sharper to drive than the Renault, but far more claustrophobic inside, and with a much smaller boot.

Mazda's CX-30 is a good foil for the Arkana - it too is a mild hybrid (with a choice of 2.0-litre SkyActiv-G 122hp or SkyActiv-X 180hp engines) and is really sharp looking. The cabin feels a little smaller than that of the Arkana, but it's a hugely engaging car to drive, and its quality levels are off the charts. It is a little more expensive, though.

Or you could go for the Peugeot 3008. Just facelifted, it's an impressive car to drive with a distinct high-end look and feel to the cabin, and plenty of space in the back seats and boot for growing families. It is more expensive than the Arkana, though, and obviously lacks the distinctive coupe-like styling.

Our verdict on the Renault Arkana micro-hybrid

To be honest, the Arkana micro-hybrid surprised us a little. We had been expecting to be a bit sniffy about its SUV-coupe styling (who really needs one of those?) and thought that without the full hybrid system of the E-Tech model, it might be left a bit adrift in the Renault range. Actually, though, it's rather good. There's nothing massively exciting about it, and you do have to tweak your own driving style to get the best from it, but it's a solid, decent, handsome family car with good performance and better chassis deportment than you might expect. A pleasant surprise, then.

I spent more time in the RS-Line version of this 'micro-hybrid' Arkana and came away really impressed. As Neil said, you need to adapt to the characteristics of the powertrain to enjoy it and get the most from it, but once you do then you realise that the chassis is doing a good job as well. It's on the firm side of comfortably when fitted with 18-inch wheels, but body control is great and a fast drive down a bumpy road reveals how rattle-free the interior is. Speaking of which, this car technically has more boot space than a Kadjar. That doesn't seem to make any sense next to the swoopy roofline, but there you go. In my mind, this is the perfect car for someone that has outgrown a Megane, for example, but doesn't want a traditional boxy SUV, either.