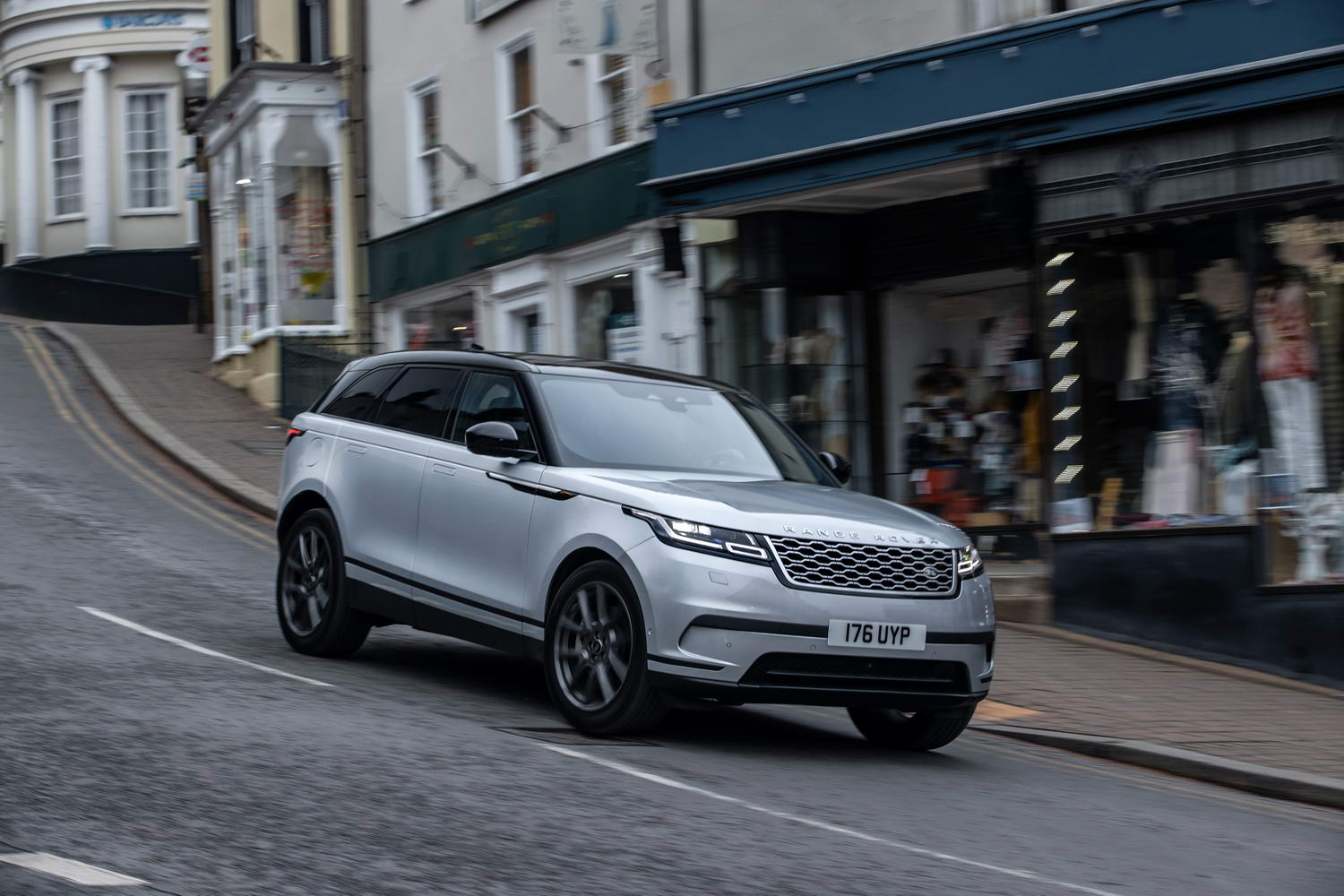 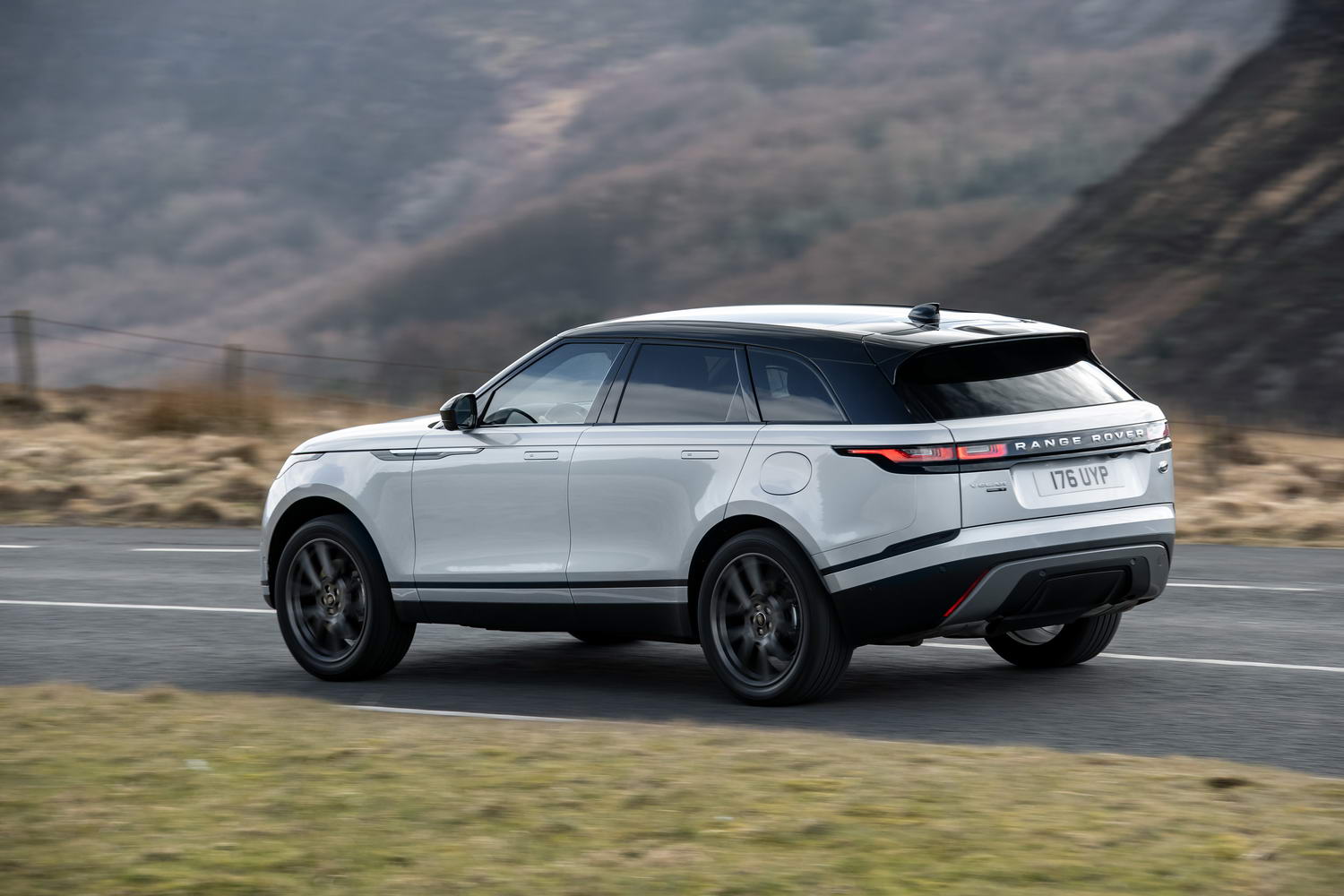 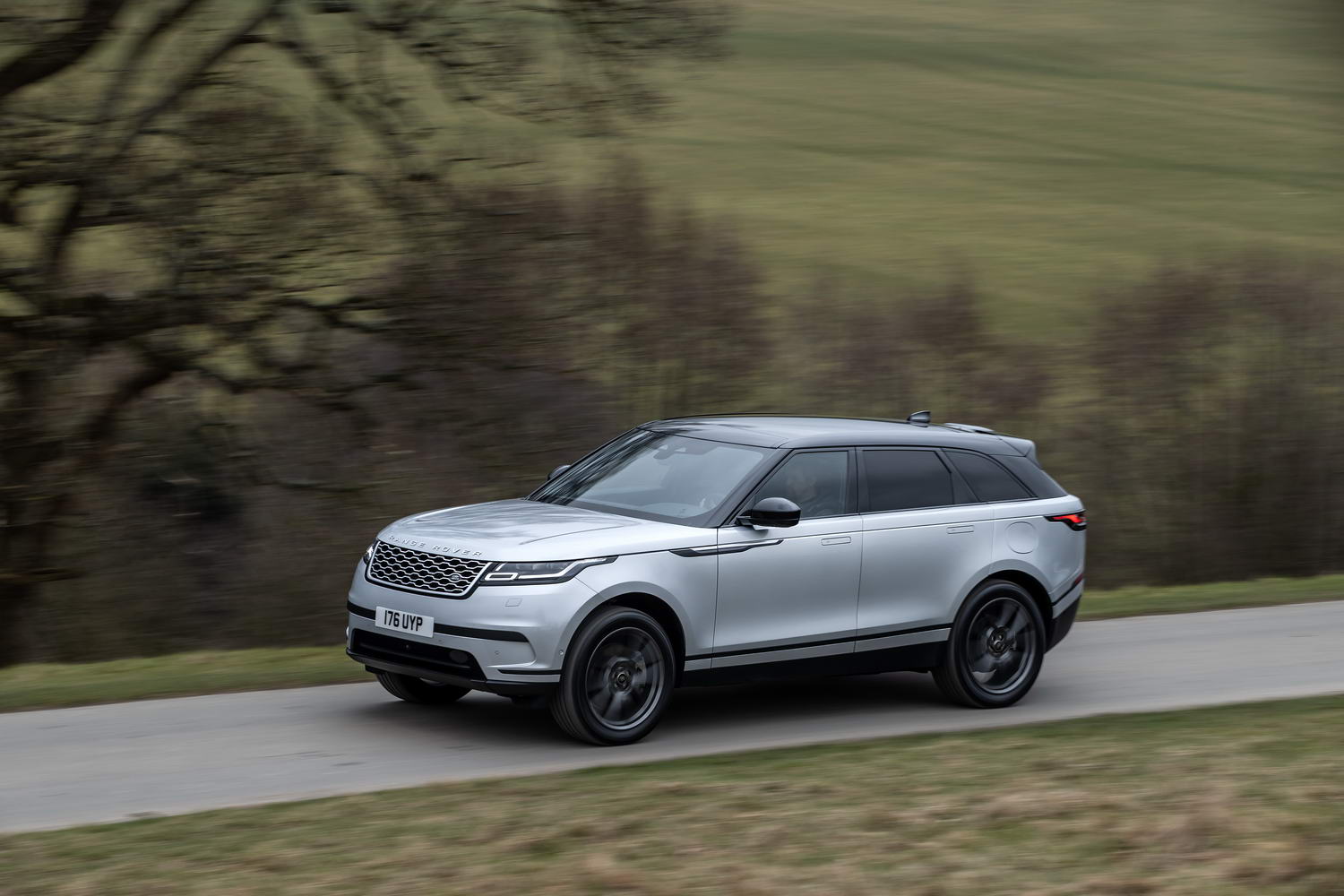 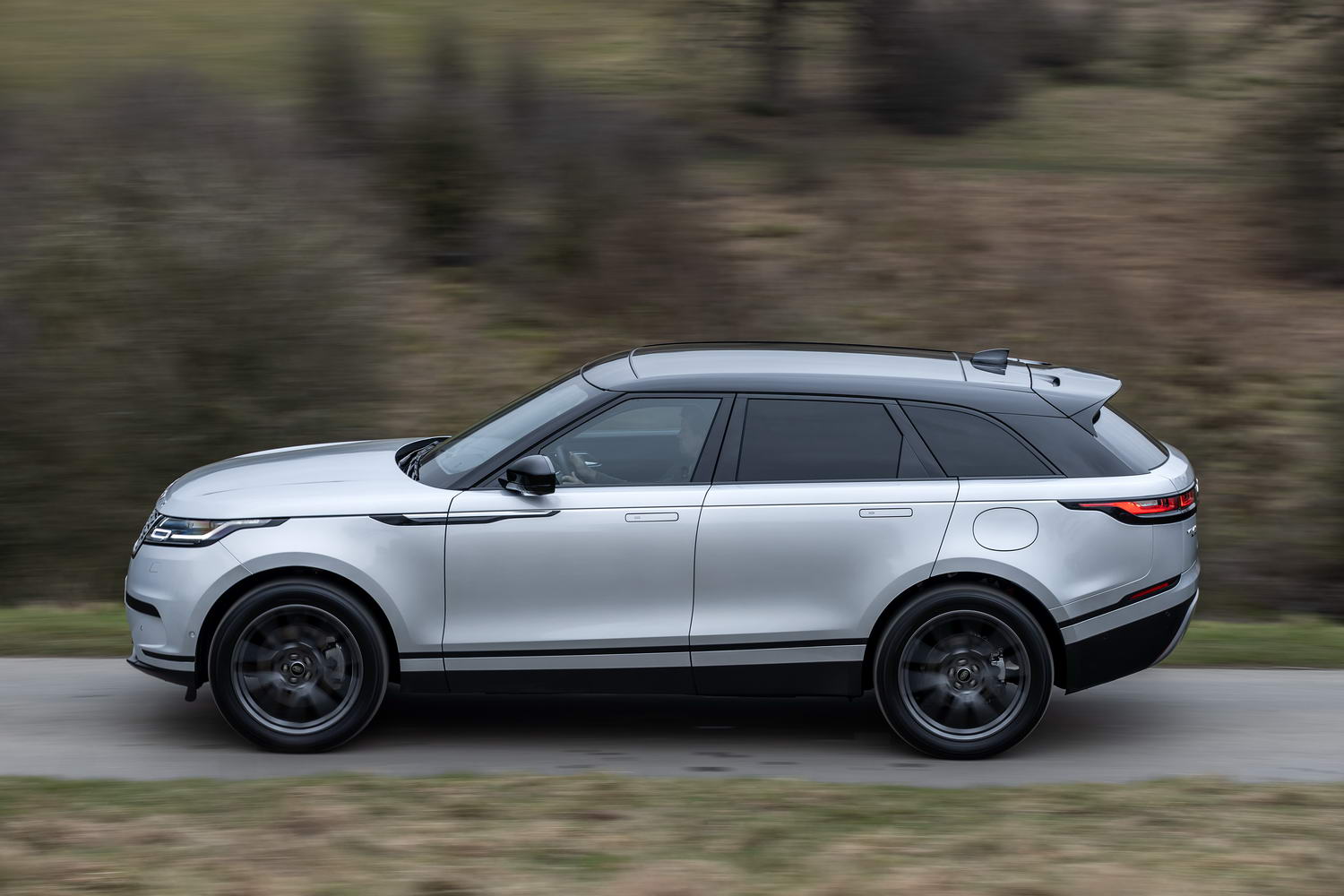 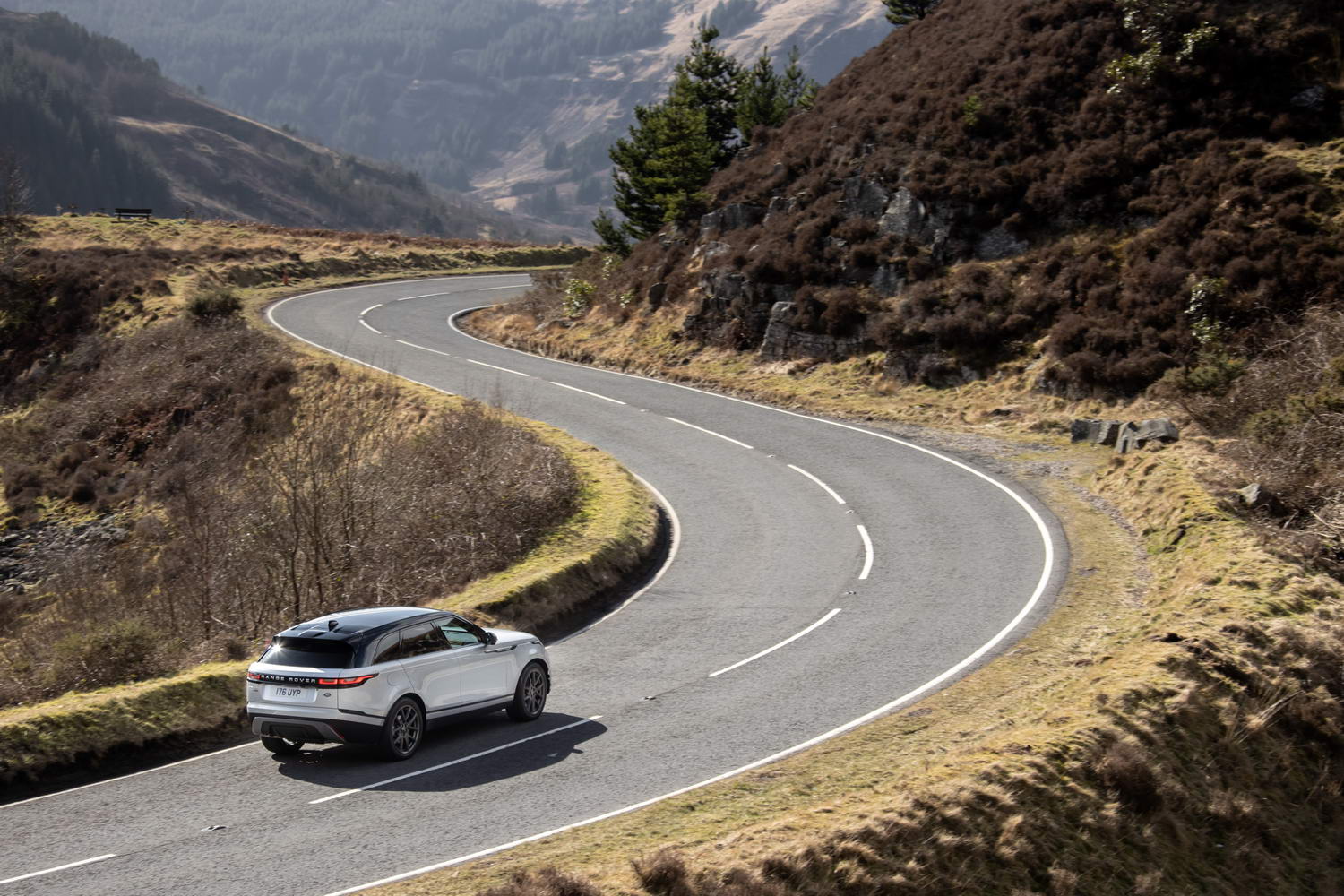 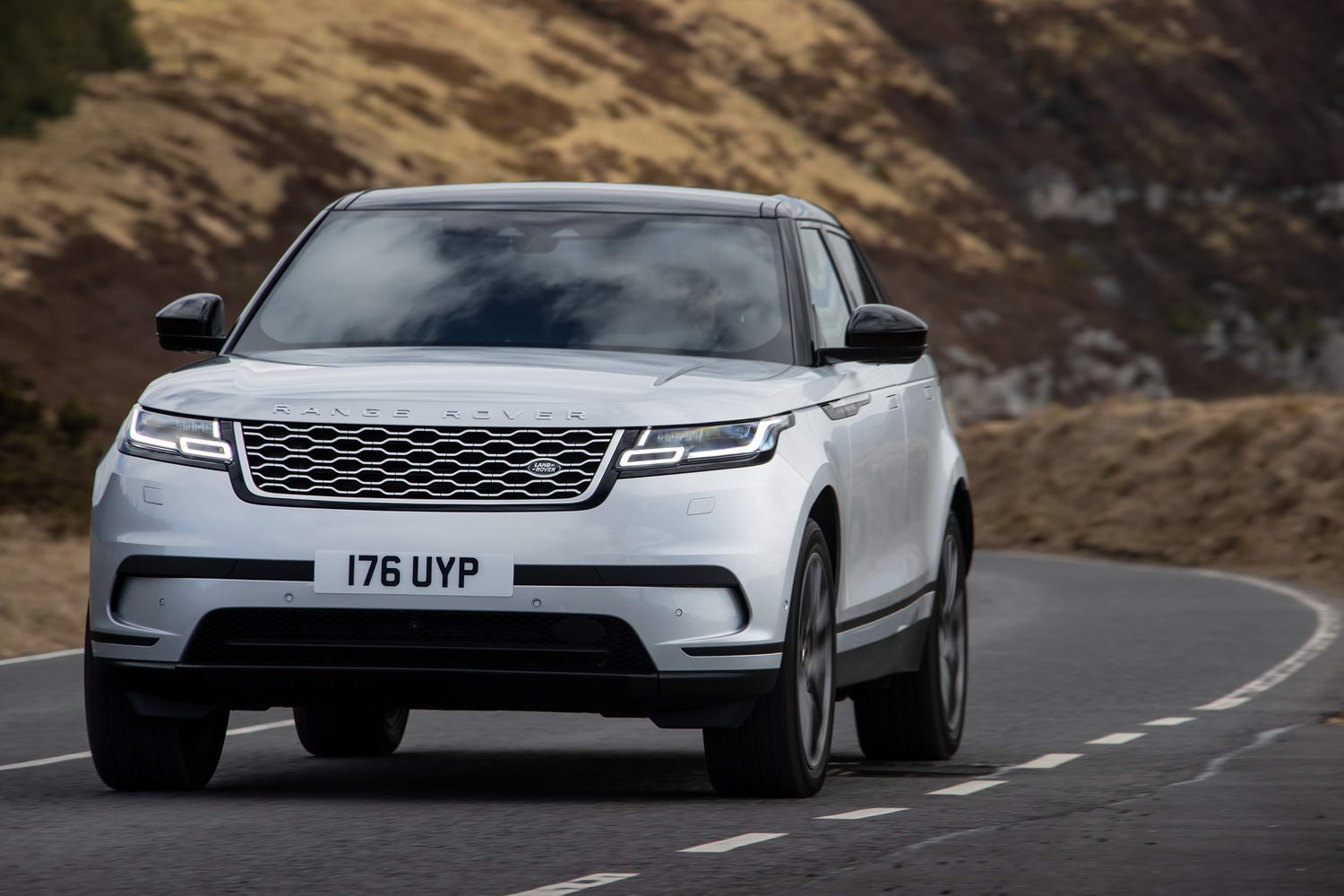 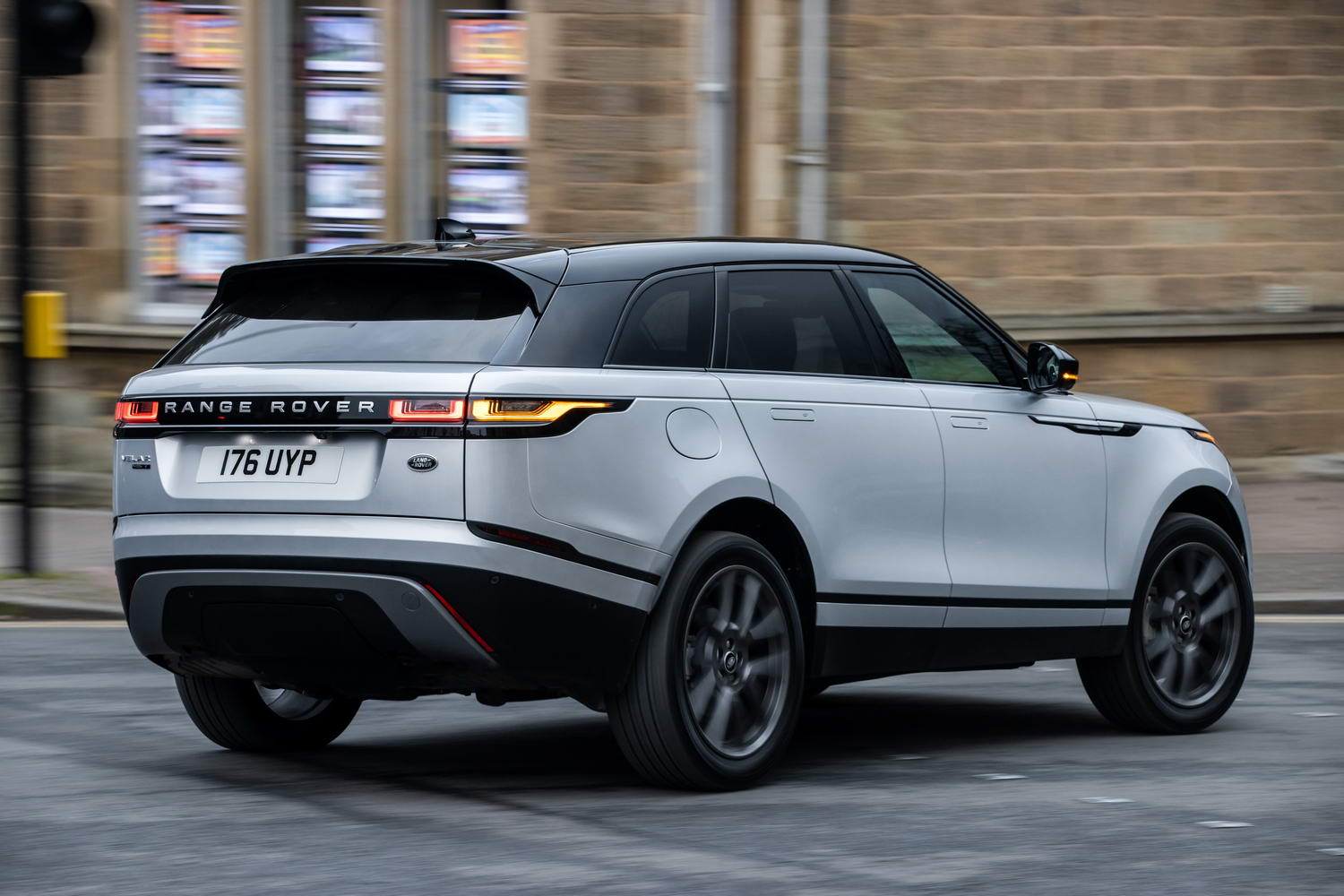 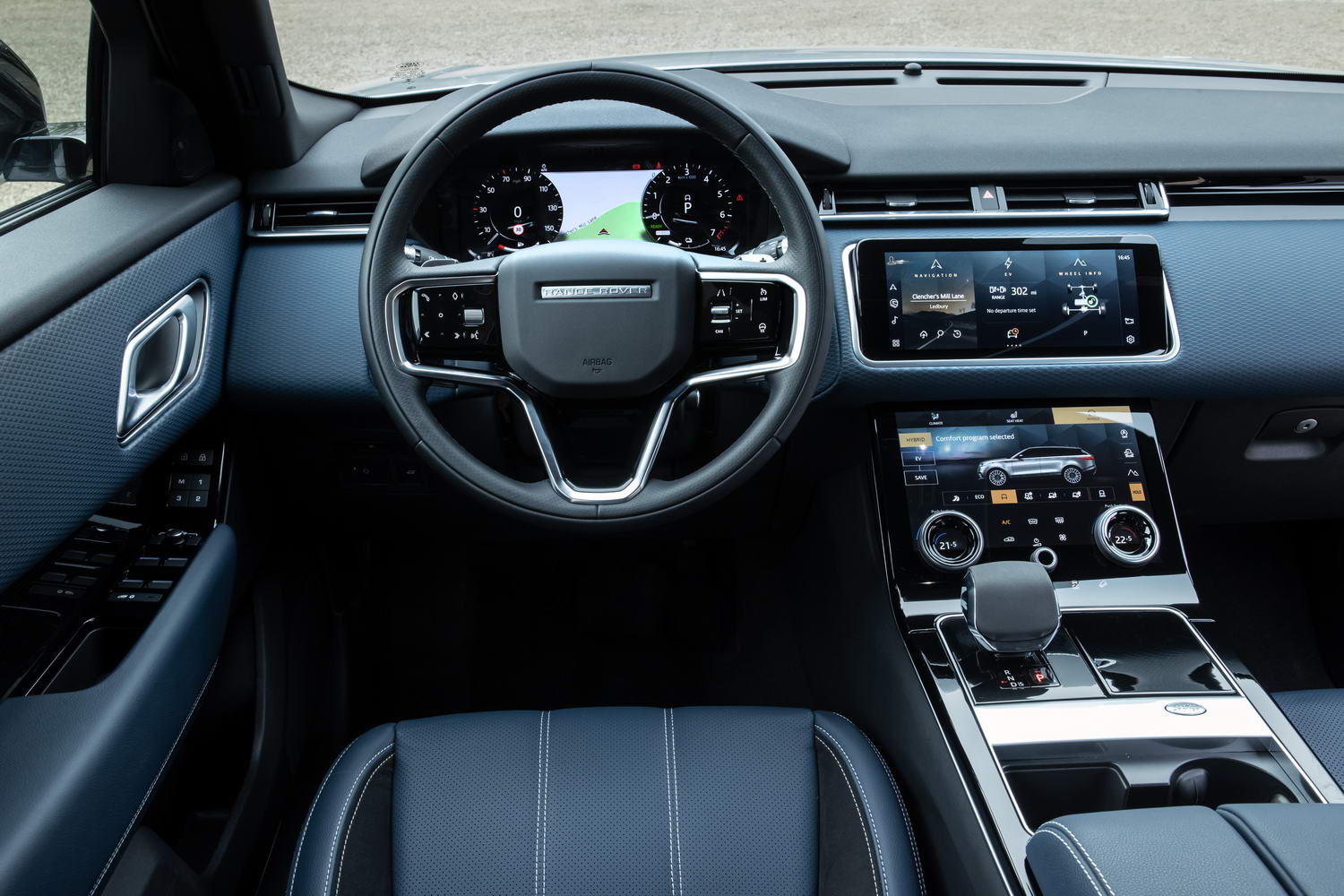 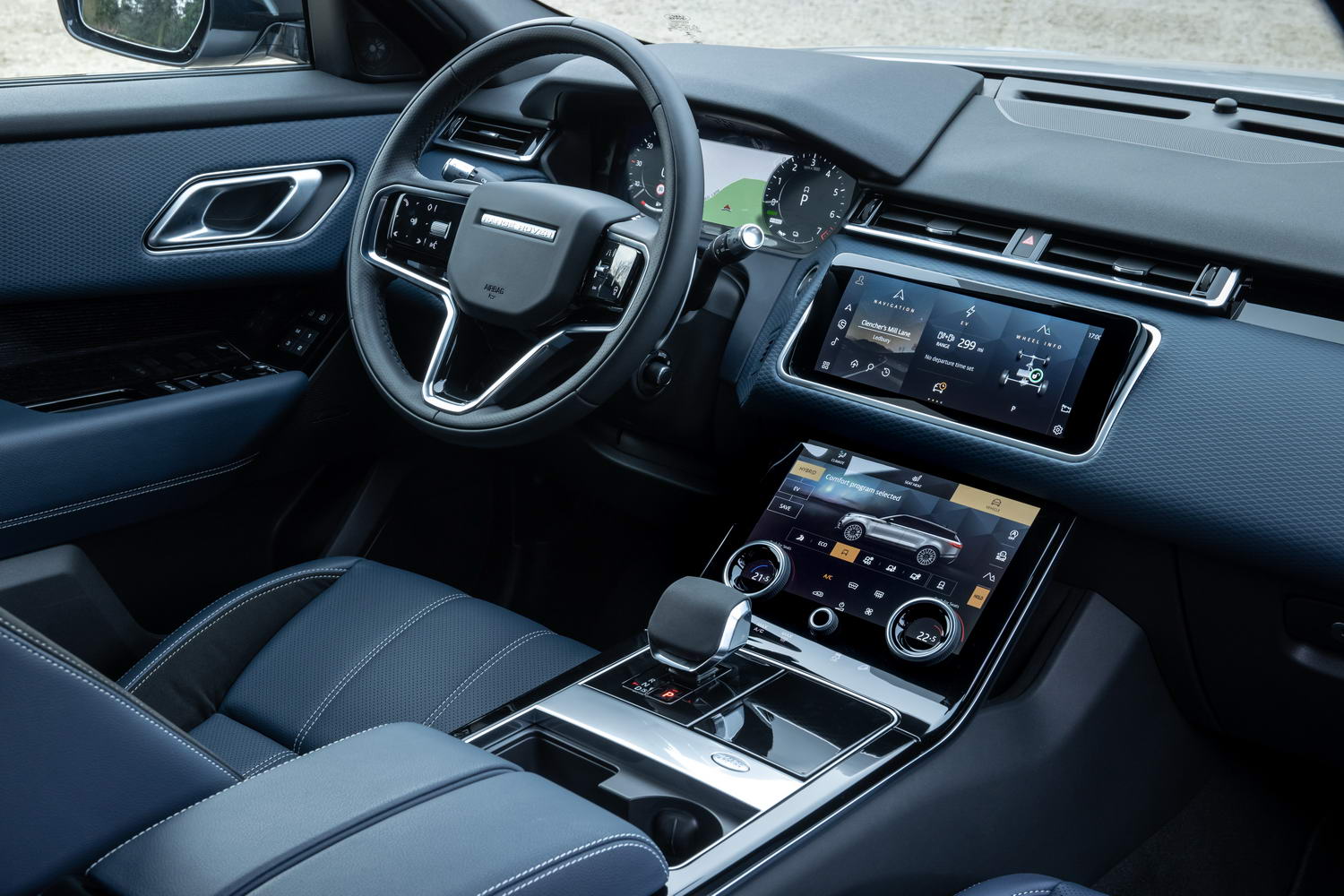 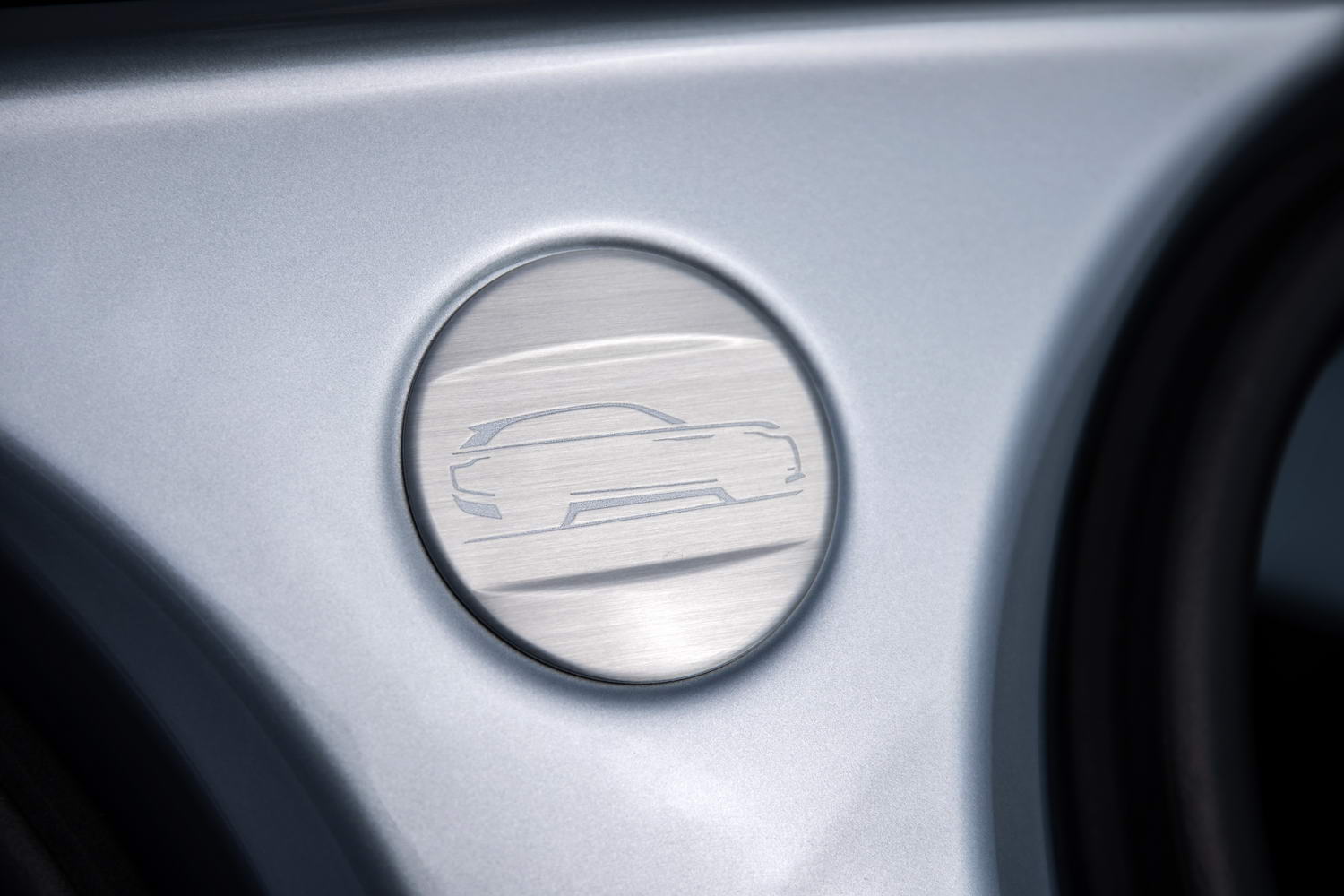 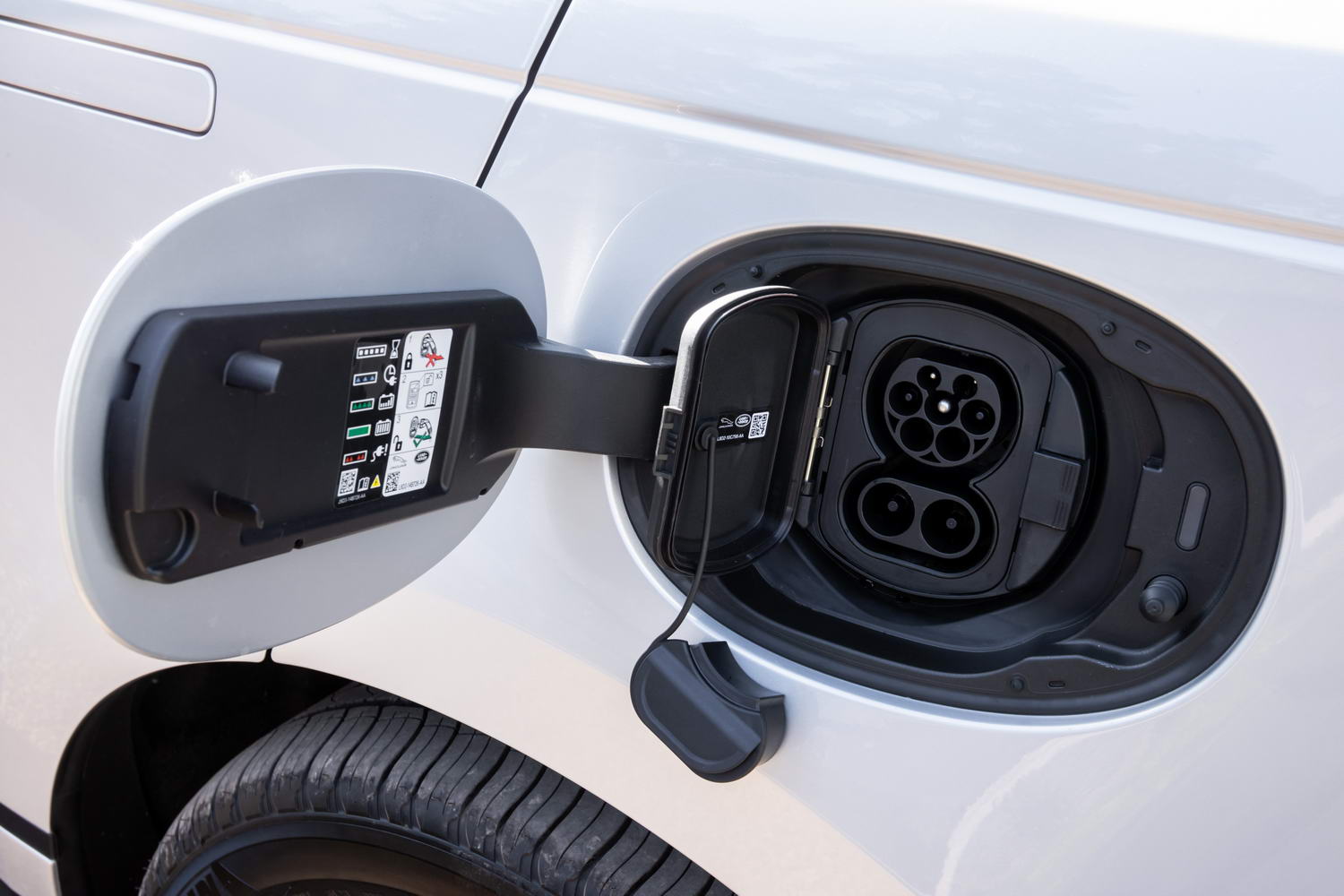 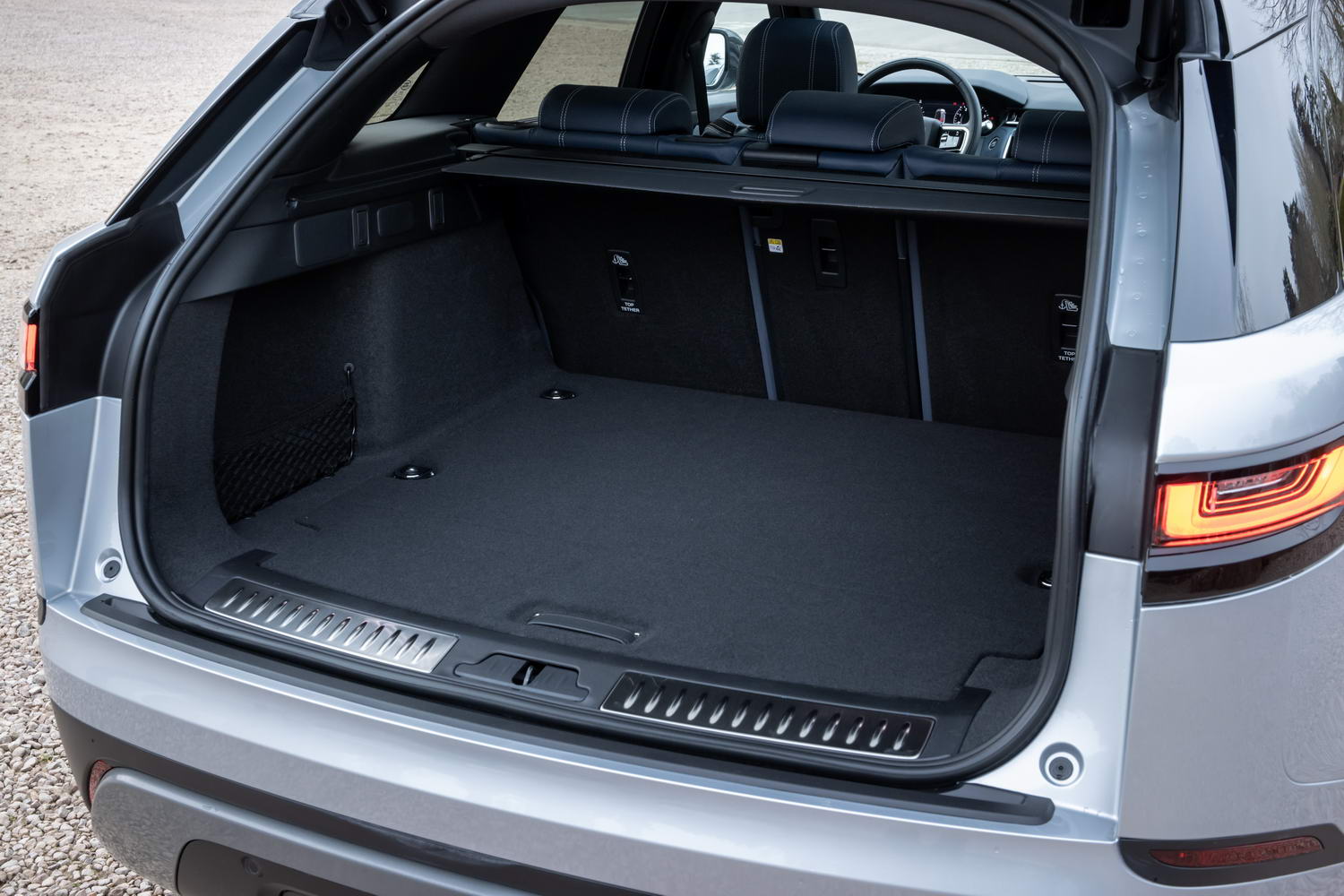 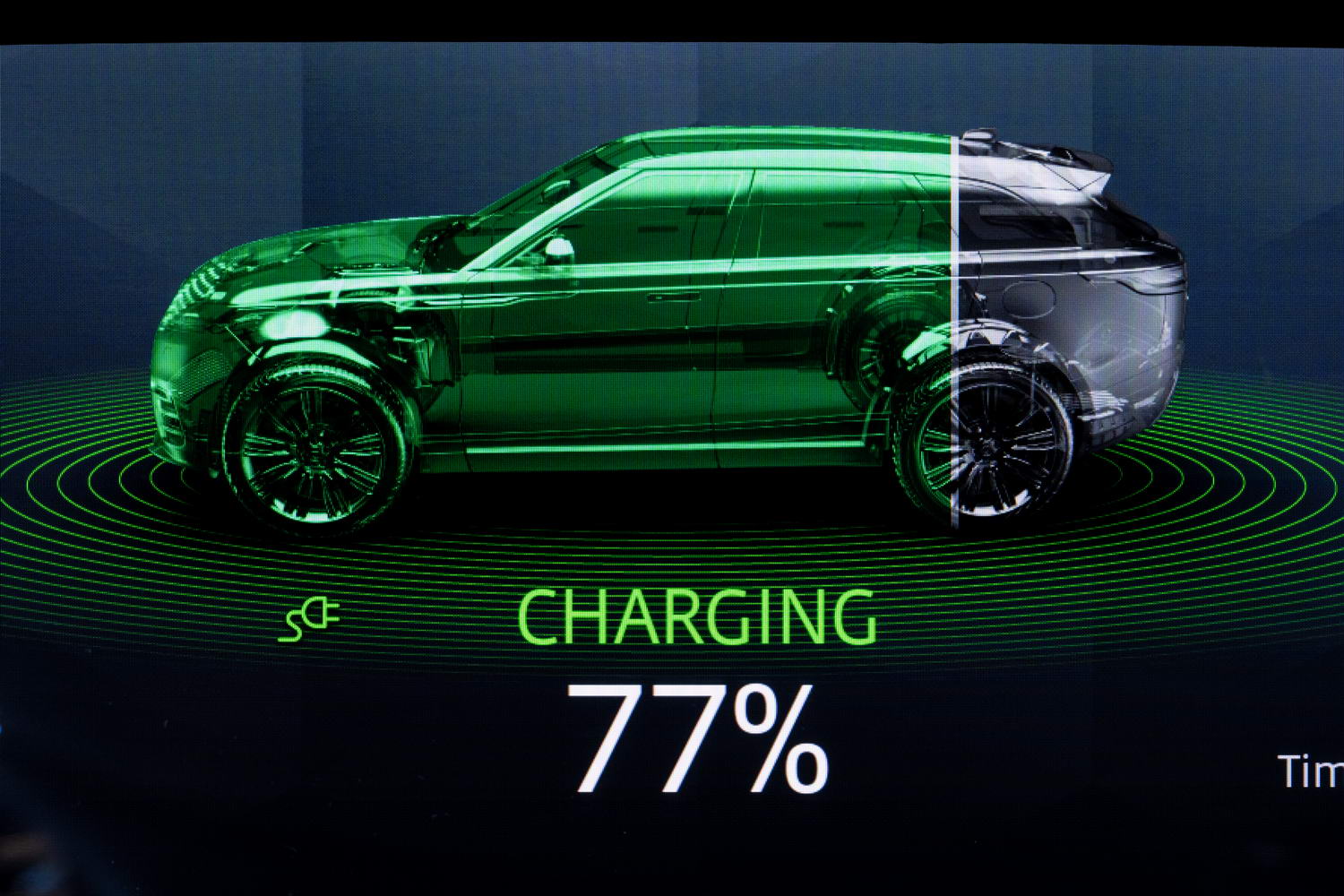 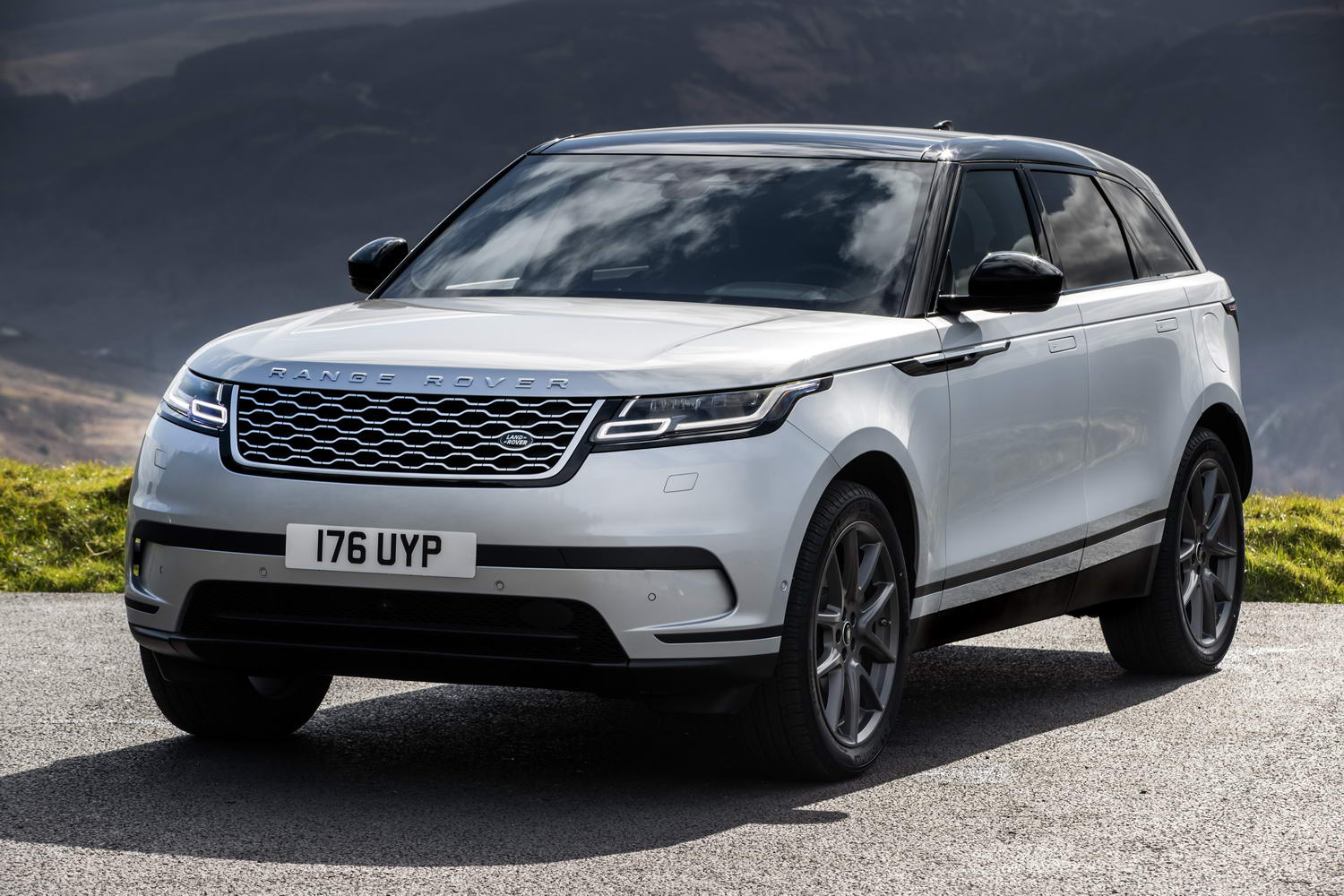 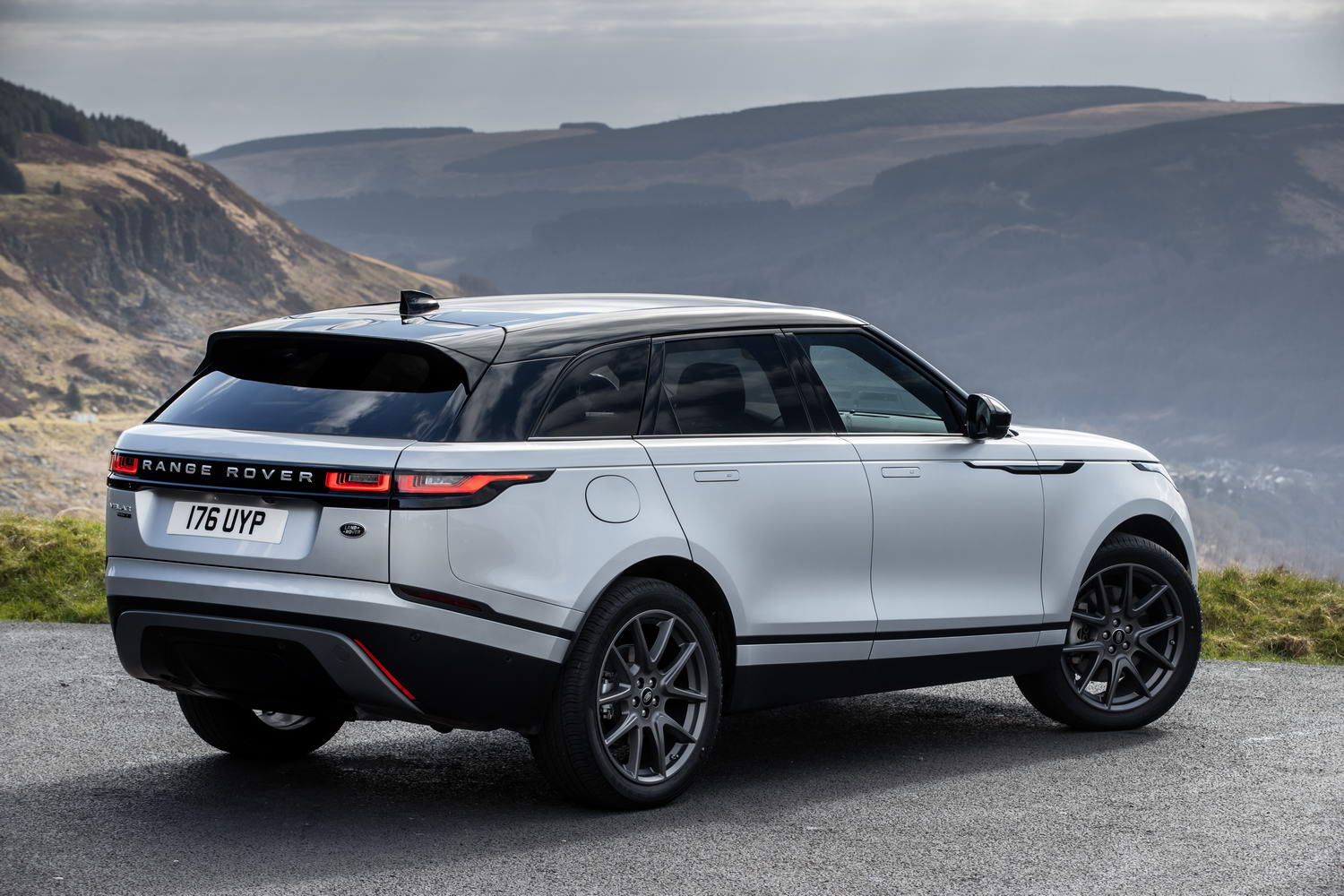 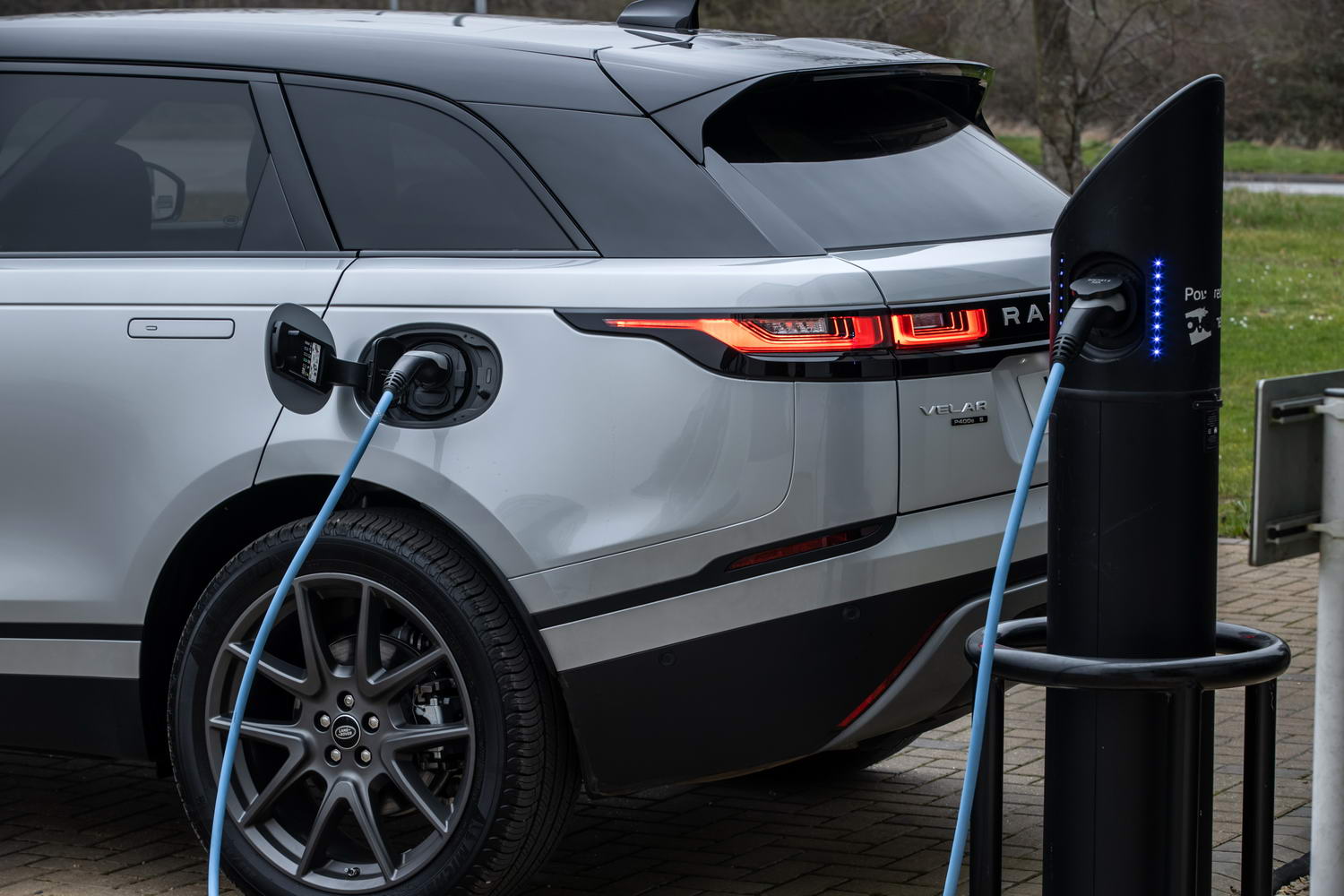 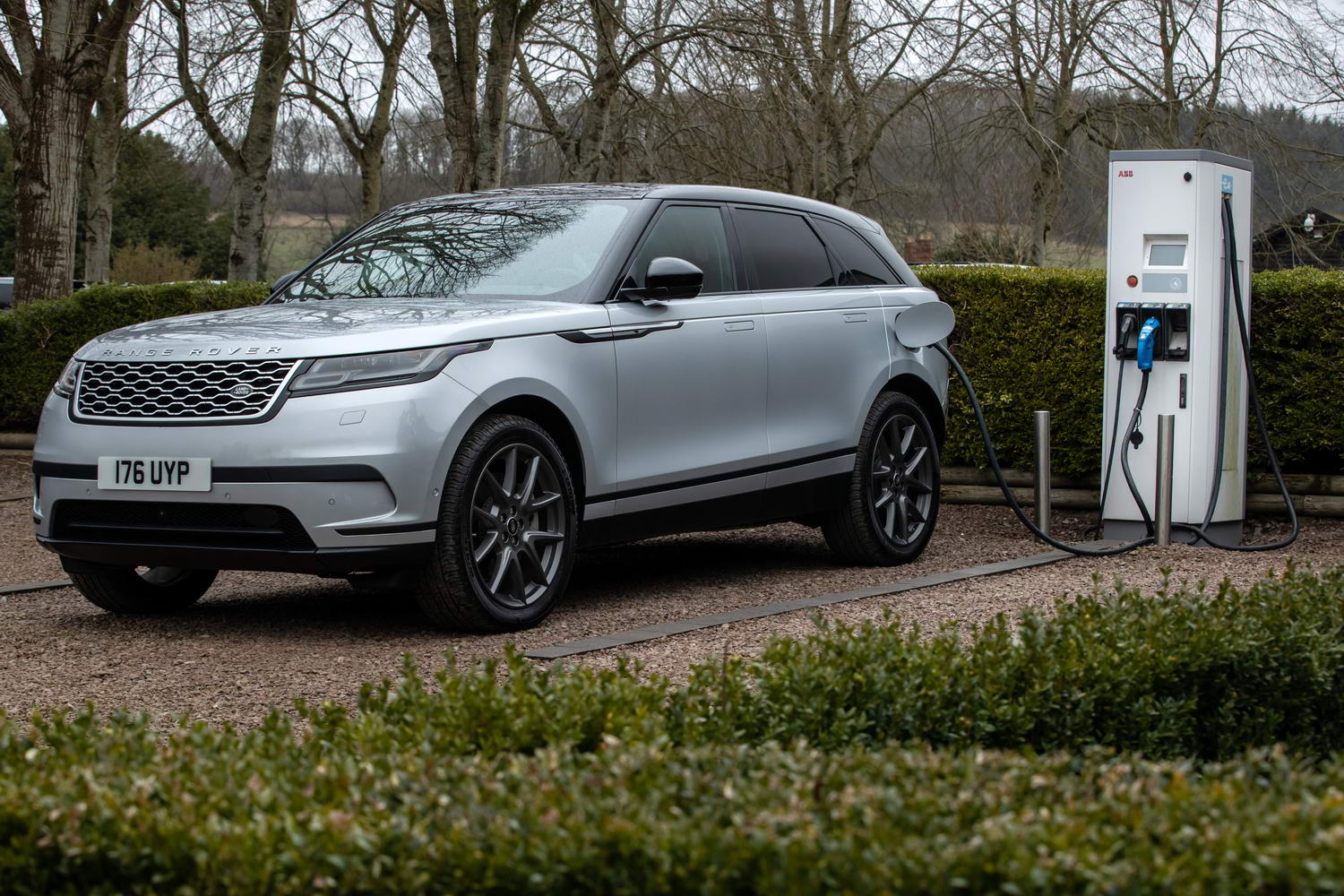 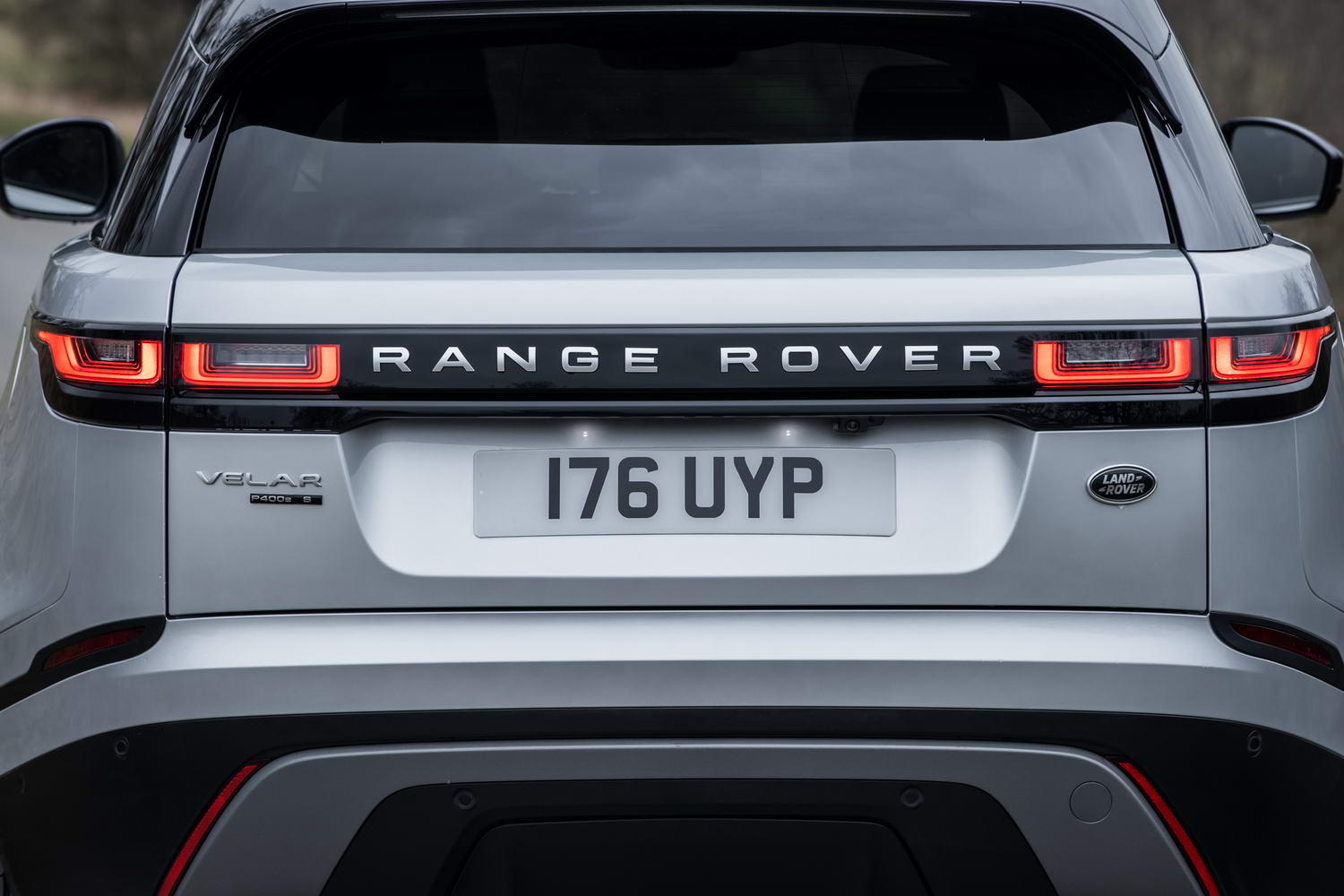 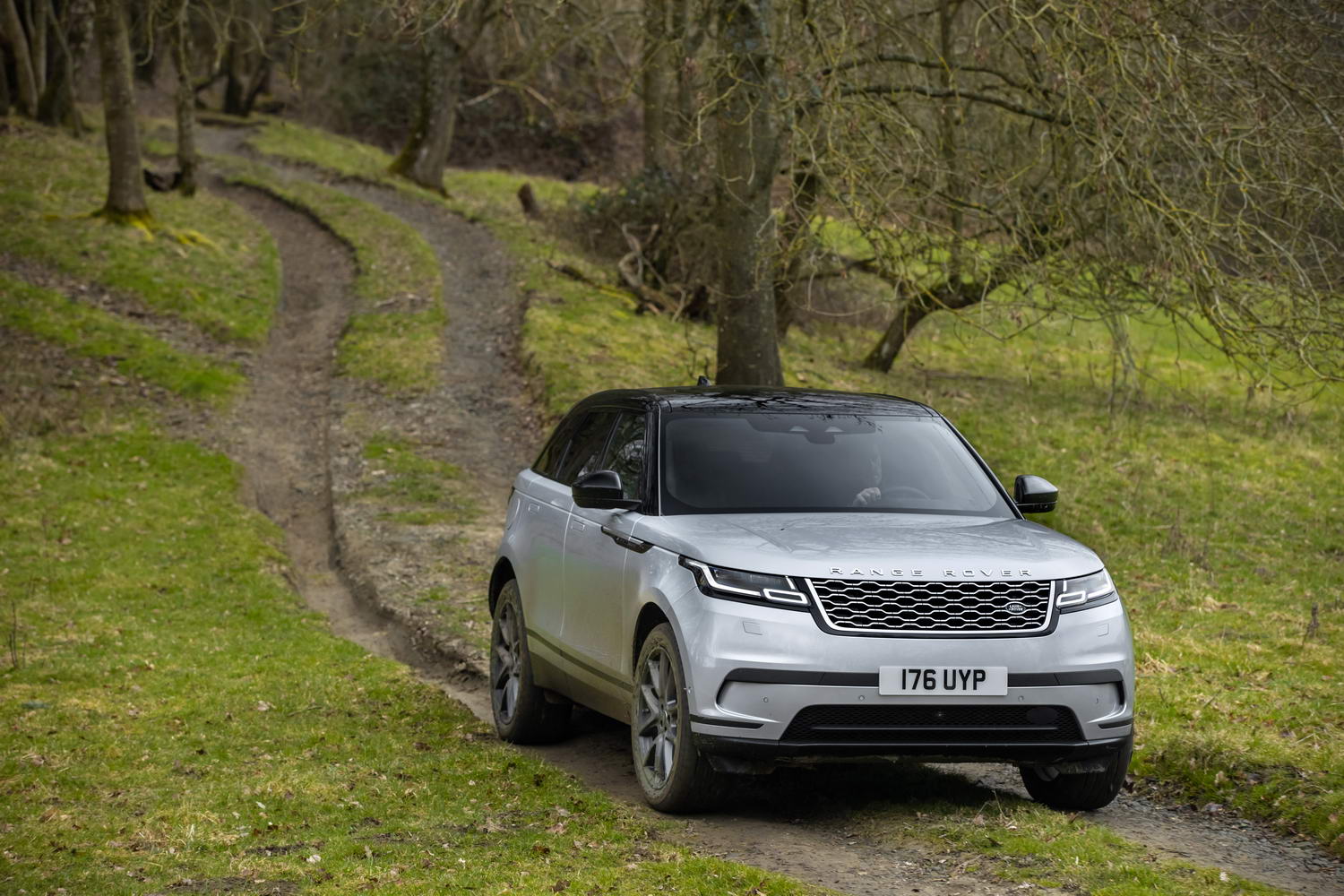 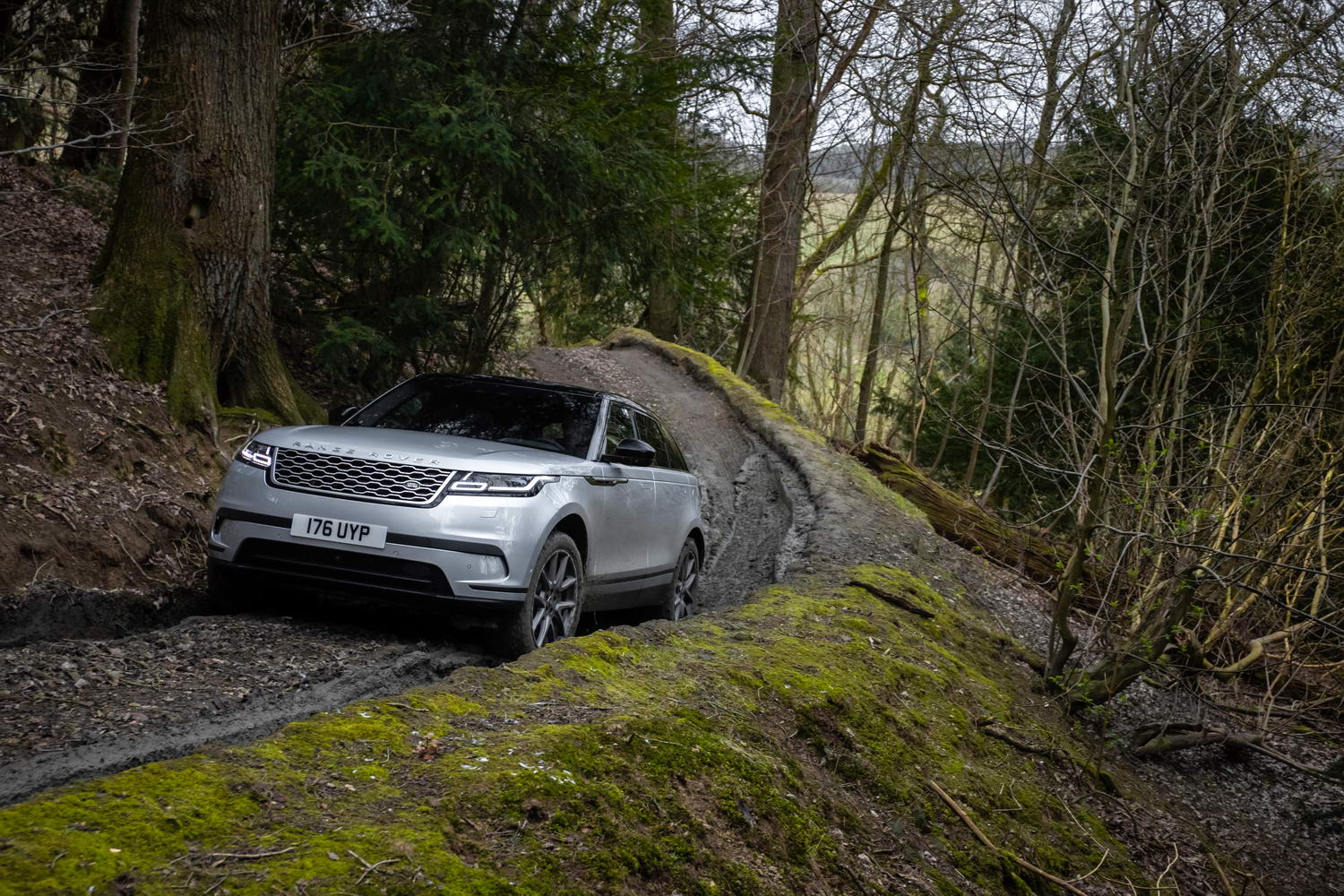 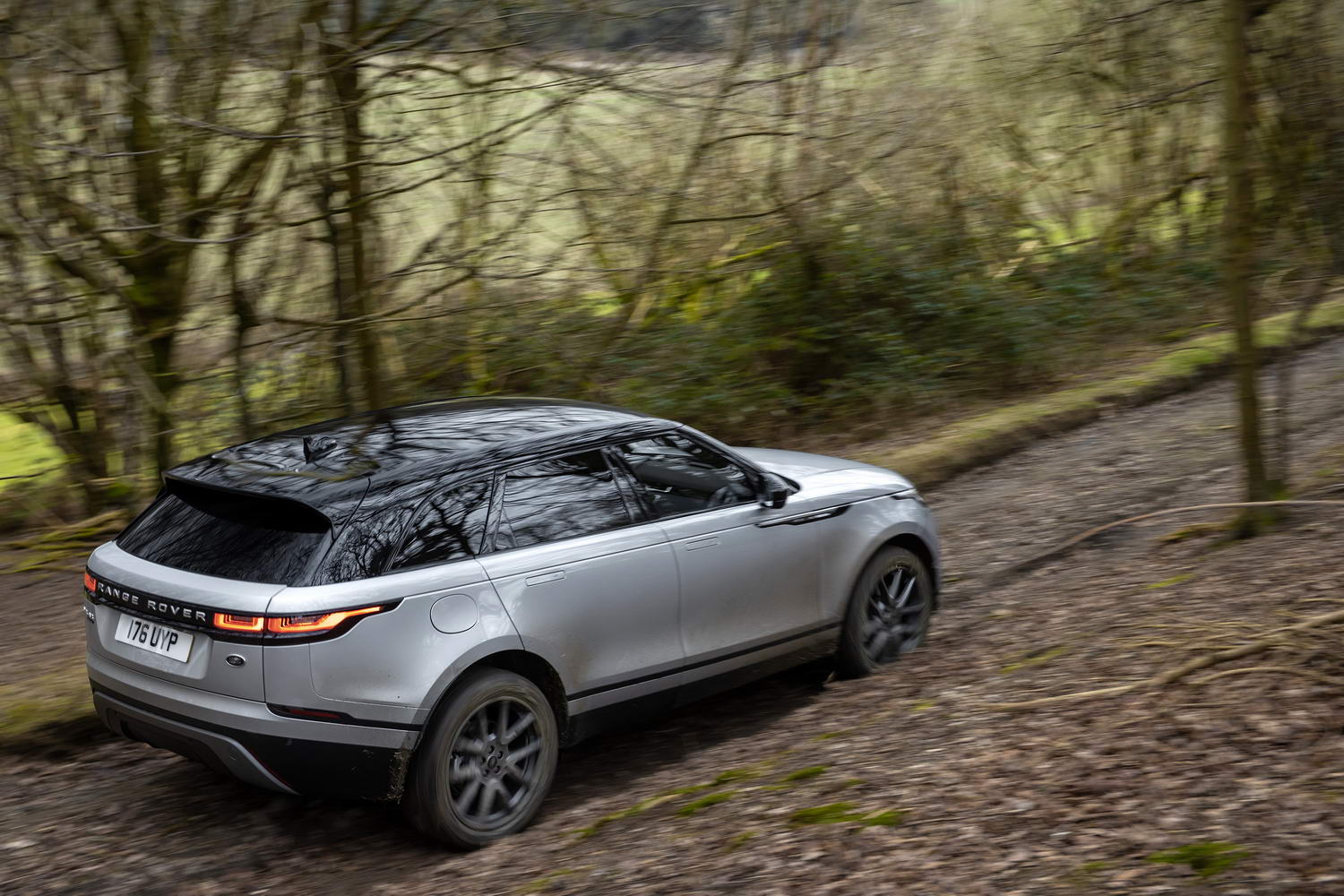 Land Rover completes the electrification of its line-up with the plug-in hybrid Velar.

It might 'only' have a four-cylinder engine up front, but the 2021 model year Range Rover Velar P400e has much to recommend it - it's an excellent prestige SUV that'll cost a minimal amount to run if you use it as plug-in hybrids need to be used.

Visually, the remarkably handsome 2021 model year Velar looks like its immediate predecessors, save for a smattering of new paint colours available in the palette - including the Hakuba Silver livery you can see in the pictures. And it's the same story inside, because the only real visual change here is the upgraded Pivi or Pivi Pro software for the infotainment. Due to the Velar's cabin layout, it's not the 11.4-inch curved touchscreen you'll see in other Jaguar Land Rover products such as the revised Land Rover Discovery, but instead the pre-existing ten-inch item that leans slightly out of the dash when the ignition is switched on. Size, as they say, doesn't matter however, because the Velar's updated system works just as brilliantly as it does on the larger screens in other Jaguars, Land Rovers and Range Rovers.

Other than that, this is the Velar's lovely cabin as you know it, with an excellent semi-command driving position and the console wrapping around you as the driver to make you feel a key part of the action. The only other points to note are a new design of steering wheel with revised switchgear, the addition of both Active Road Noise Cancellation and a cabin air filtration system that between them aim to promote an even greater sense of wellbeing on the Range Rover's occupants, and the fact that this plug-in hybrid model has its boot space cut by 123 litres compared to its pure-combustion relations, as a result of accommodating the 17.1kWh lithium-ion battery pack under its floor. Still, at 625 litres minimum, the Velar continues to have a useful cargo bay.

So, the P400e plug-in hybrid is the favoured drivetrain arrangement that JLR uses in all its larger SUV models right now. It has already appeared in the Range Rover and Range Rover Sport lines, and we drove this very same application of the petrol-electric propulsion in the Jaguar F-Pace (see 'Alternatives', below) only a few weeks ago.

This means you get a 2.0-litre turbocharged four-cylinder petrol engine up front producing 300hp and 400Nm, a 105kW (143hp) electric motor adding another 275Nm to the mix, a belt-integrated starter-generator to get things up and running smoothly, a 7kW onboard AC charger, the aforementioned 17.1kWh lithium-ion battery and overall quoted figures of 404hp, 604Nm, 0-100km/h in 5.4 seconds, a top hybrid speed of 209km/h and a top-electric speed of 140km/h, 53km of zero-emissions driving range, 49g/km of CO2 emissions and up to 130.2mpg.

Whenever you reel off their stats like that, plug-in hybrids look impressive. All things to all people, potentially; fast on the one hand, frugal on the other. Of course, in reality it rarely works out that way, unless you use them correctly and plug them in for a good charge as often as possible. However, this P400e drivetrain from JLR is excellent in every application we've tried it, and, in the Velar, it feels about the best it has so far.

The speed of the thing is not in question at all. Like the F-Pace P400e, there's maybe a trace too much augmentation of the four-cylinder engine's exertions when you rev it out, but as the Velar is deeply rapid when you light up all the petrol and electric reserves you have at your disposal, you're inclined not to care about the sound synthesis that's going on around you. A seamless gearbox and impeccable traction from the all-wheel-drive set-up also help the Rangie make the best use of that 640Nm, so it's as brisk all around the dial as you'd expect.

What's particularly brilliant about the Range Rover is that it feels quite car-like to drive, without sacrificing that essential feeling you're in an SUV. It's relatively low to the deck and although it clocks in at a portly 2,233kg, significant mass you can always feel on the brakes and during turn-in, it nevertheless feels pretty agile in the corners. Strangely, it feels more alert and sorted than the F-Pace P400e did when we drove it recently, which is odd because Jaguar is supposed to be the sportier marque out of it and Range Rover.

So, with its sweet steering and good cornering manners, it's also a pleasure to report that the P400e rides well and has all the dignity you'd expect of any Velar. We mention this because it alone, of the updated range, has coil-sprung suspension rather than twin-axle air support. But if there's any appreciable difference to the way the plug-in hybrid rides compared to a Velar on air springs, we couldn't discern it during back-to-back drives with the P400e and a D300 diesel model. The P400e also turned in a deeply respectable 56.5mpg (5.0 litres/100km) on a mixed-roads test route, although the journey was cleverly calculated in its length to ensure the Velar used up all of its electrical reserves by the time we took it back to base.

And finally, like any self-respecting Land Rover product, the Velar is more competent off-road than it has any right to be, thanks to its Terrain Optimisation 2 package and All-Terrain Progress Control systems. It scampers up and down deeply rutted forest tracks as if it were half the size and weight it actually is, so you're going to have no problems driving it into a fairly flat, slightly muddy field from time to time. All round, this is a remarkably talented package.

The quirk of our taxation that benefits cars with low CO2 outputs means the P400e is among the cheapest models in a Velar line-up that can top out at over €130,000, although an €80,000 ballpark for the plug-in hybrid variant in this S specification isn't what we'd call cheap either. However, the quality interior and smart looks encompass an equipment list that includes 19-inch alloy wheels, Premium LED headlights, 14-way memory electrically adjusted front seats, perforated leather upholstery, a Meridian Sound System, Pivi Pro infotainment with connected services and over-the-air software updates, a powered tailgate, front and rear parking aids and a 3D Surround Camera, among more.

The addition of the plug-in hybrid running gear is the big talking point for this Range Rover Velar and, as you would expect, Land Rover has executed the implementation of the P400e drivetrain superbly well. Therefore, the Velar continues to be a quietly unassuming yet thoroughly amenable luxury SUV, only now it comes with real EV-running benefits to make it all the more tempting to buyers. 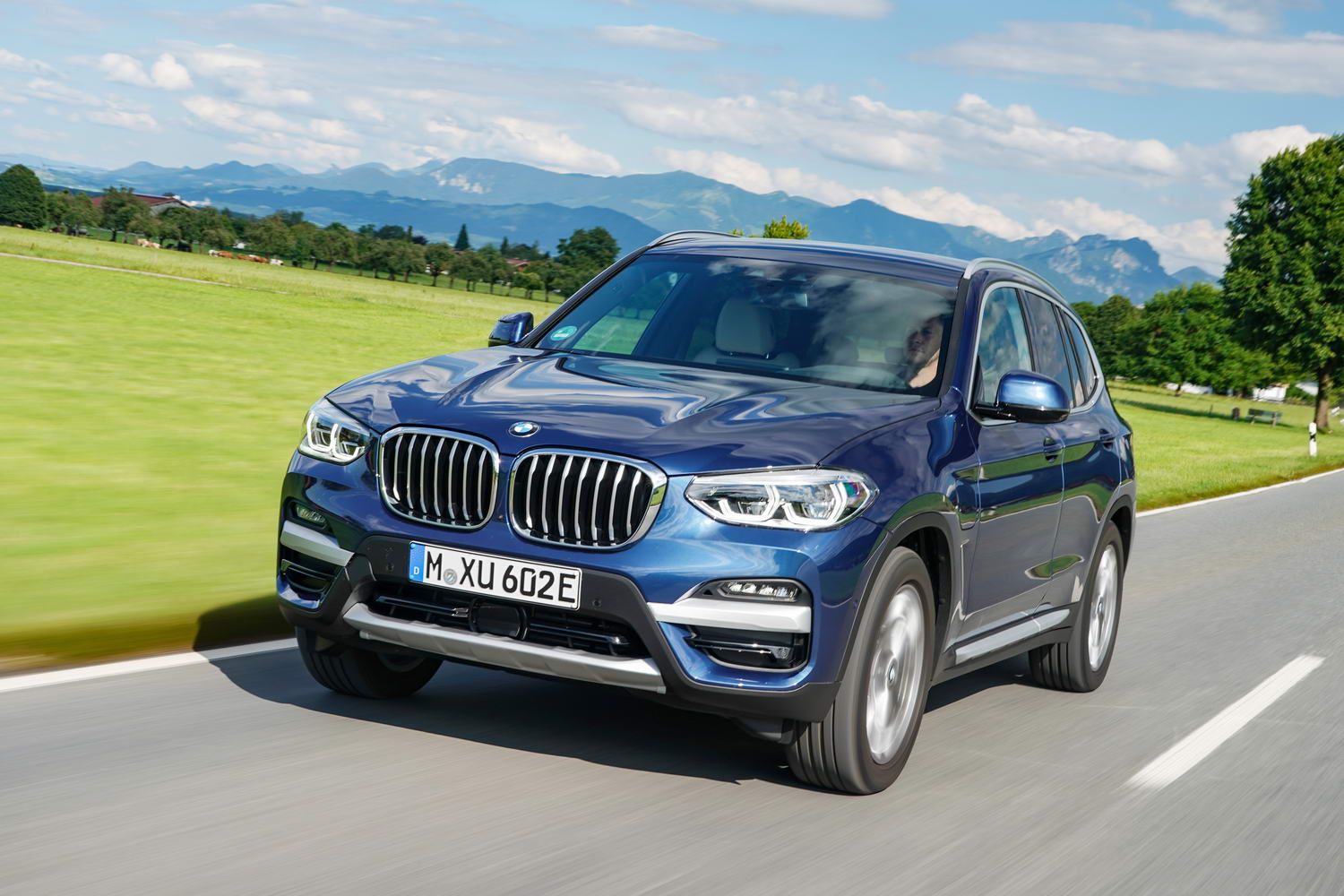 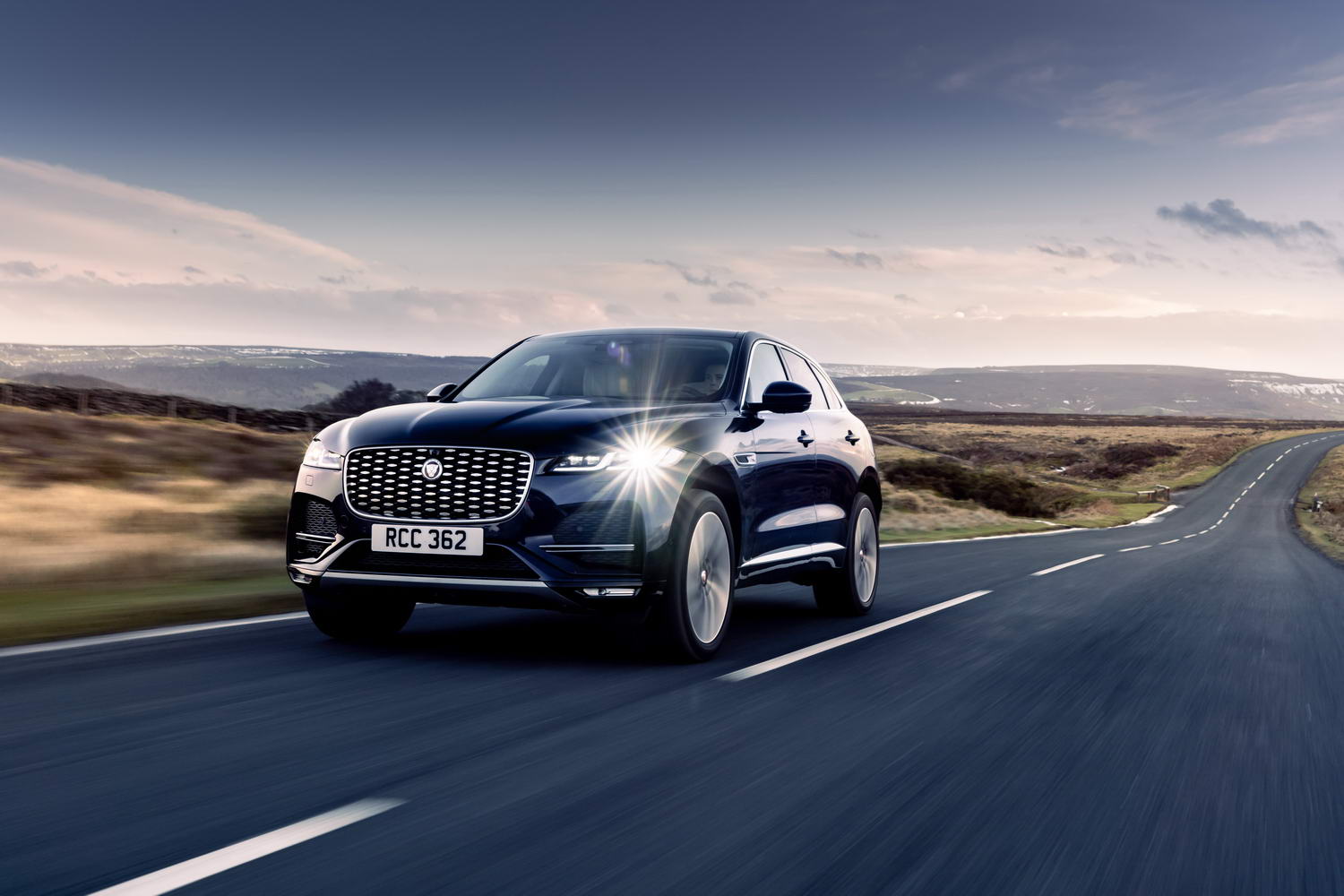 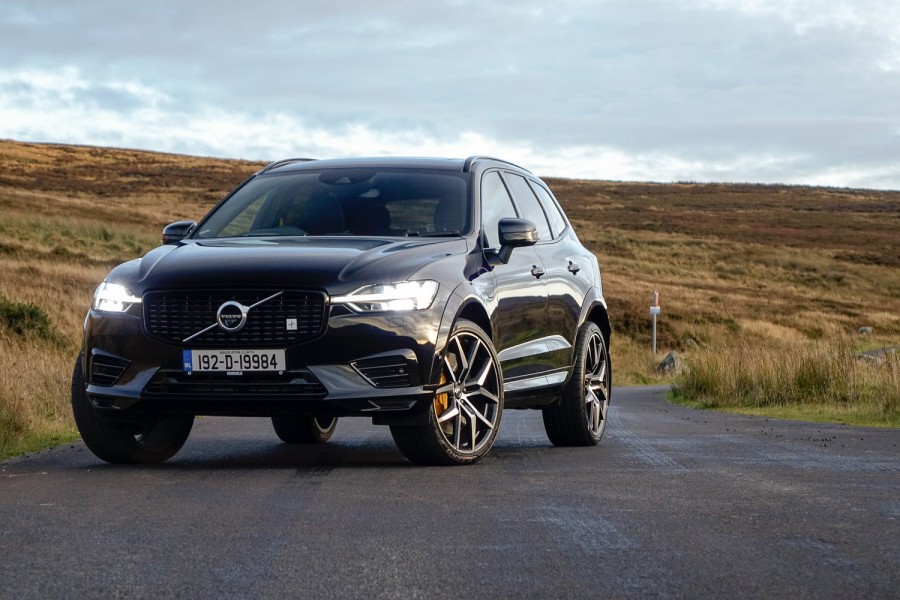