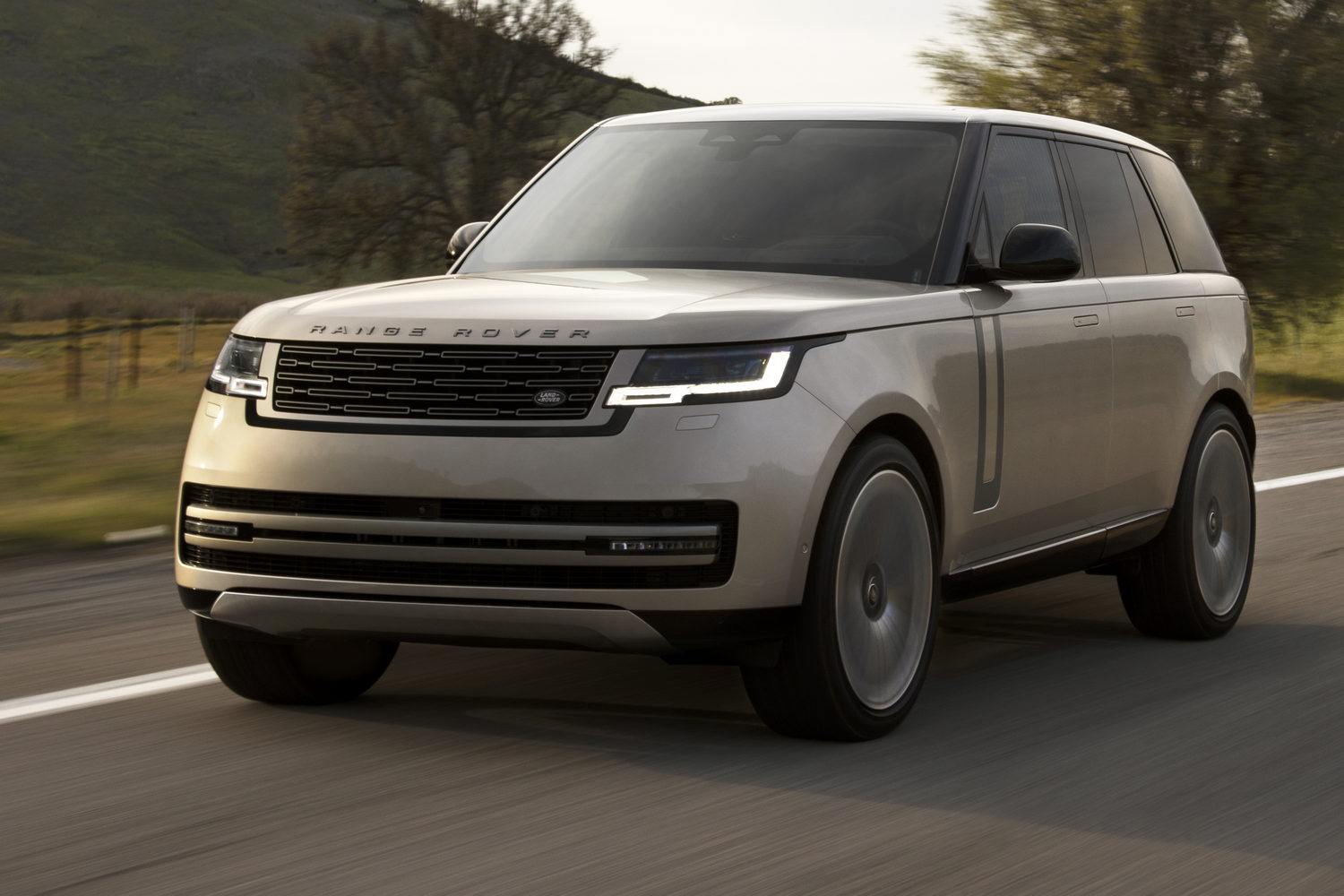 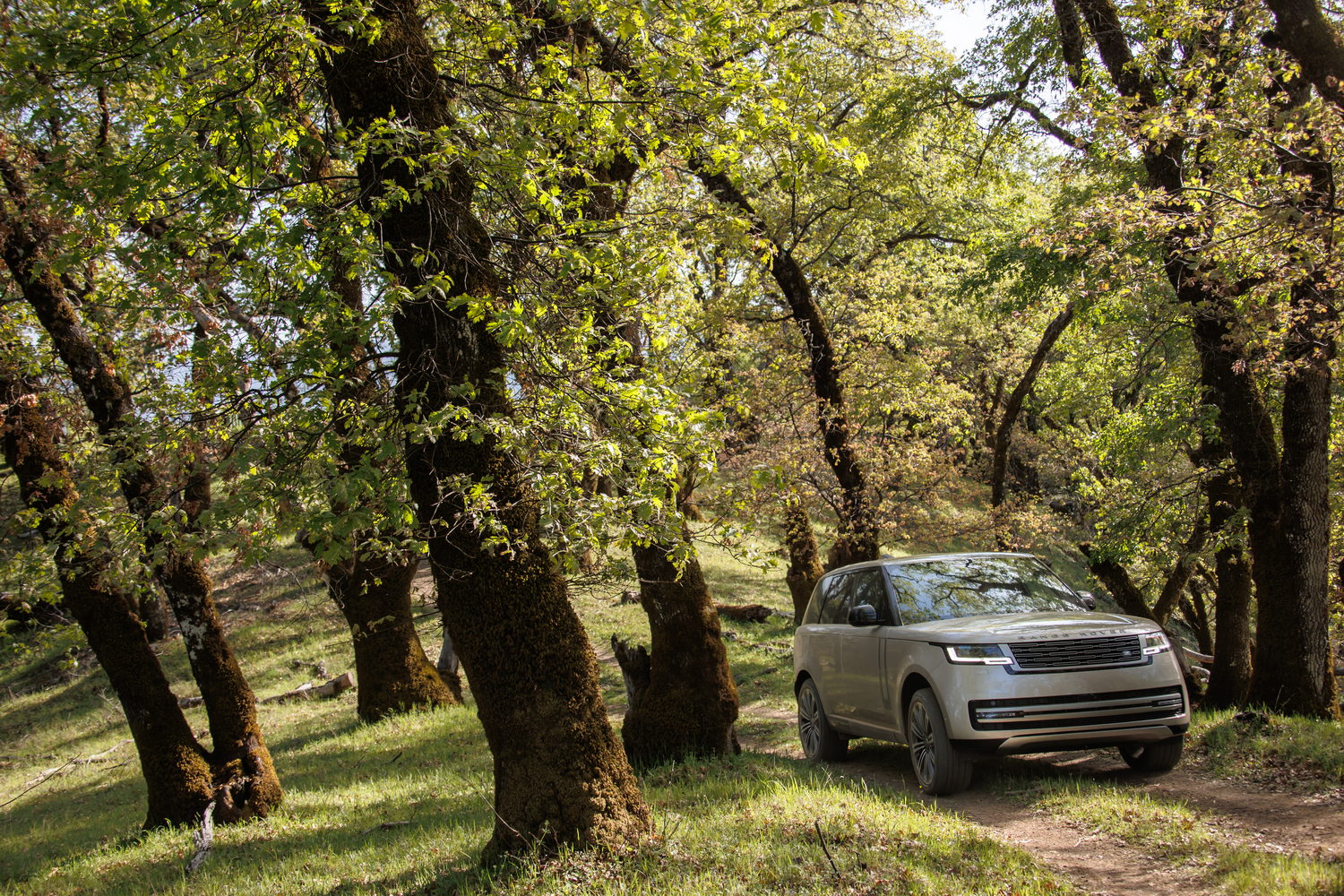 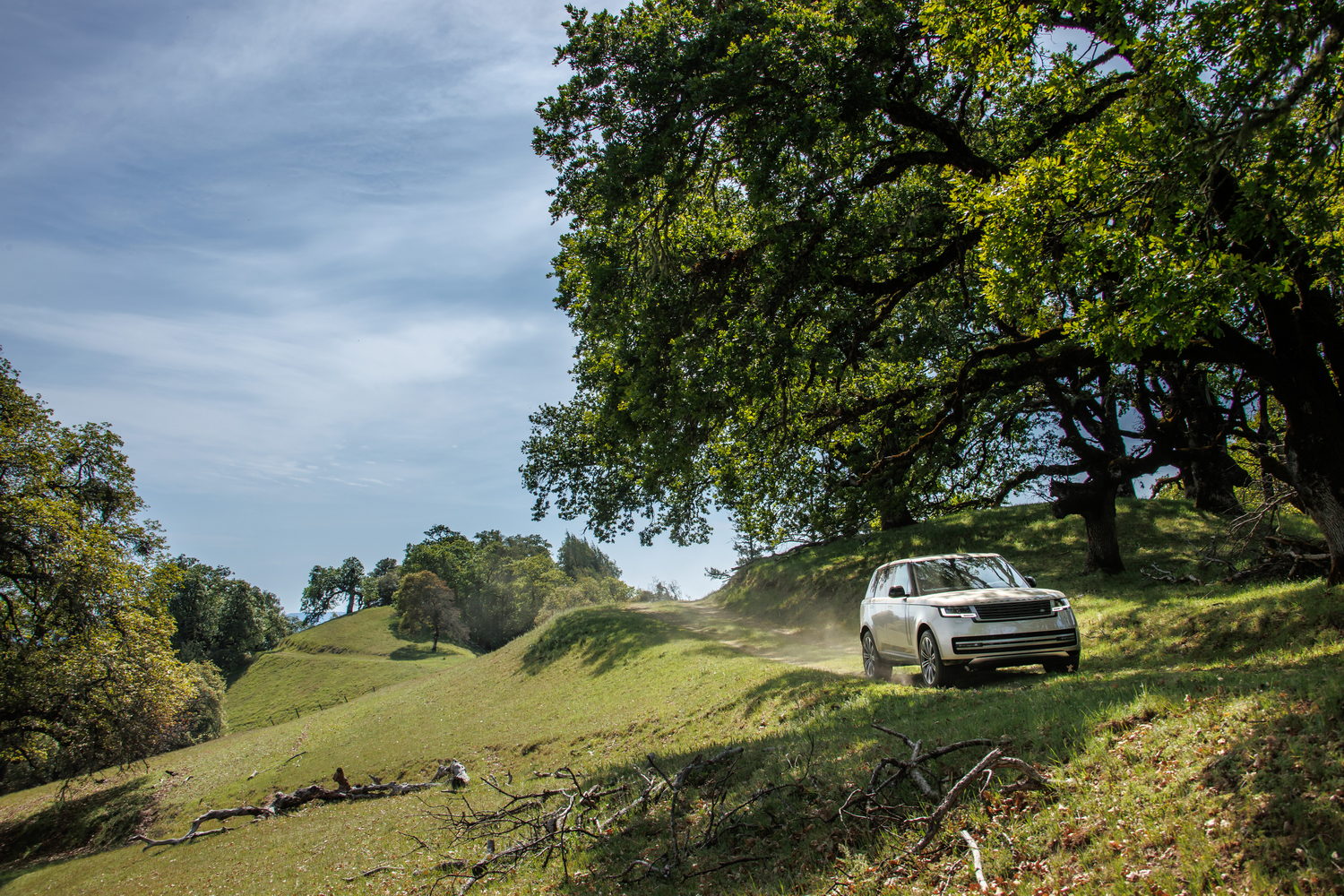 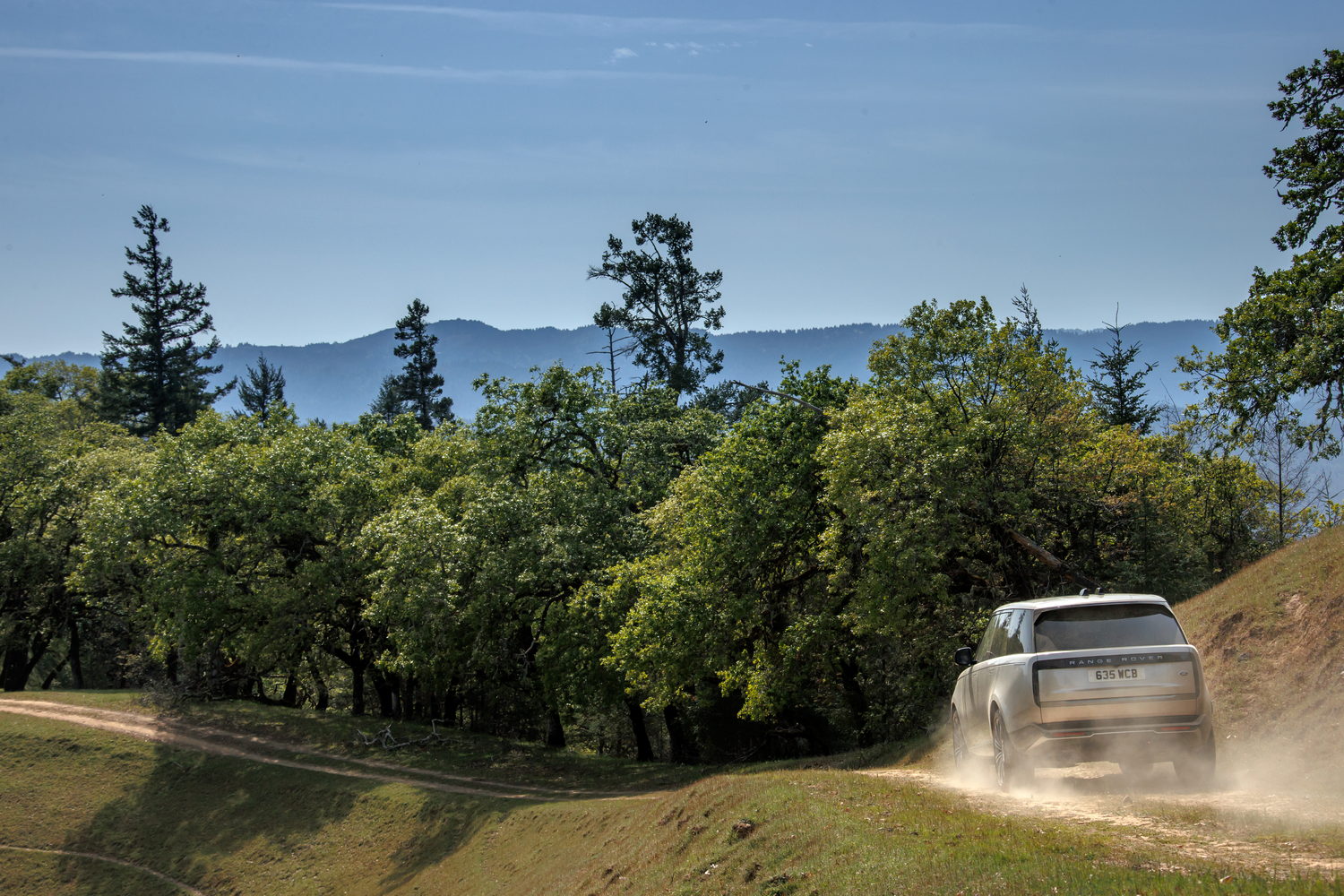 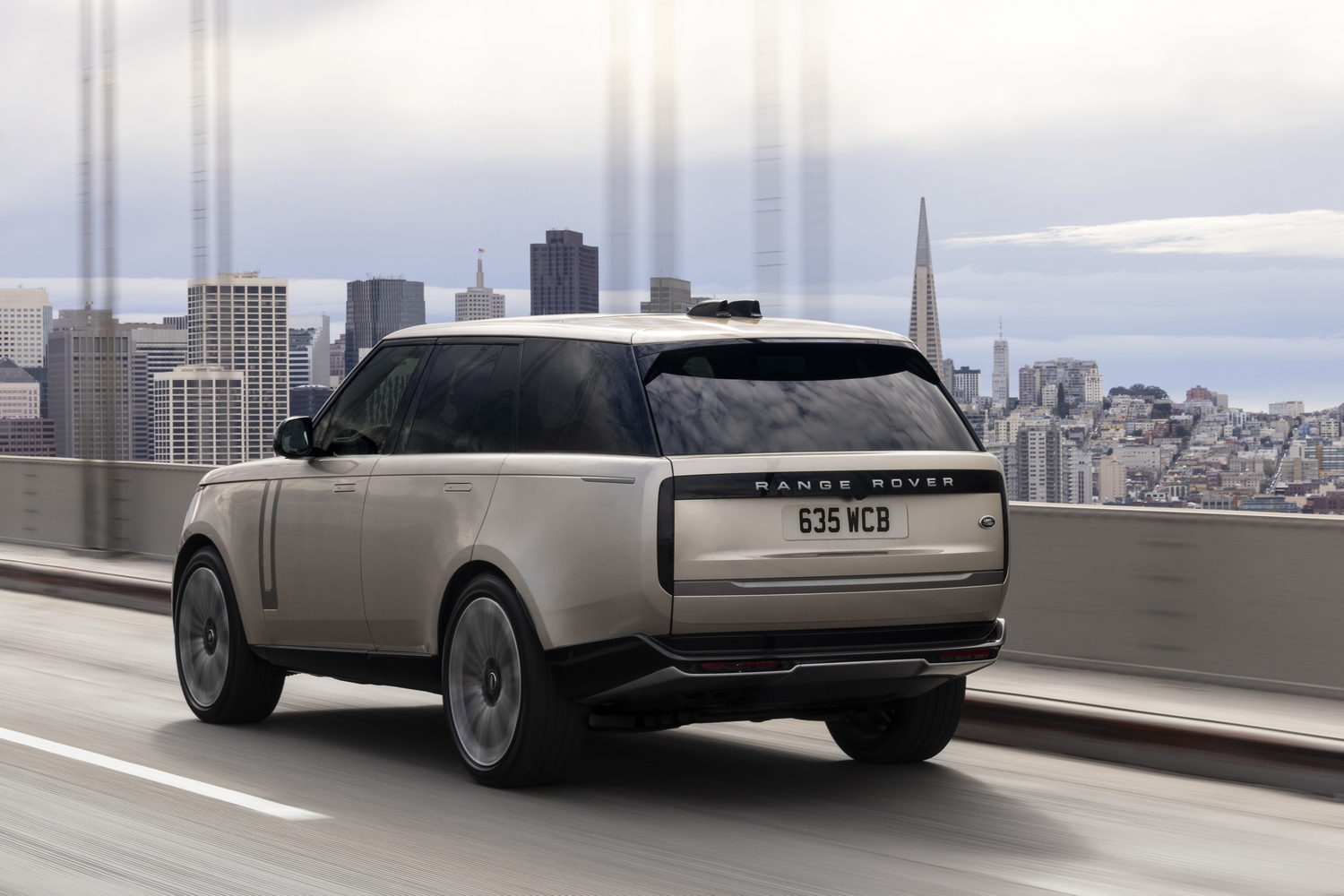 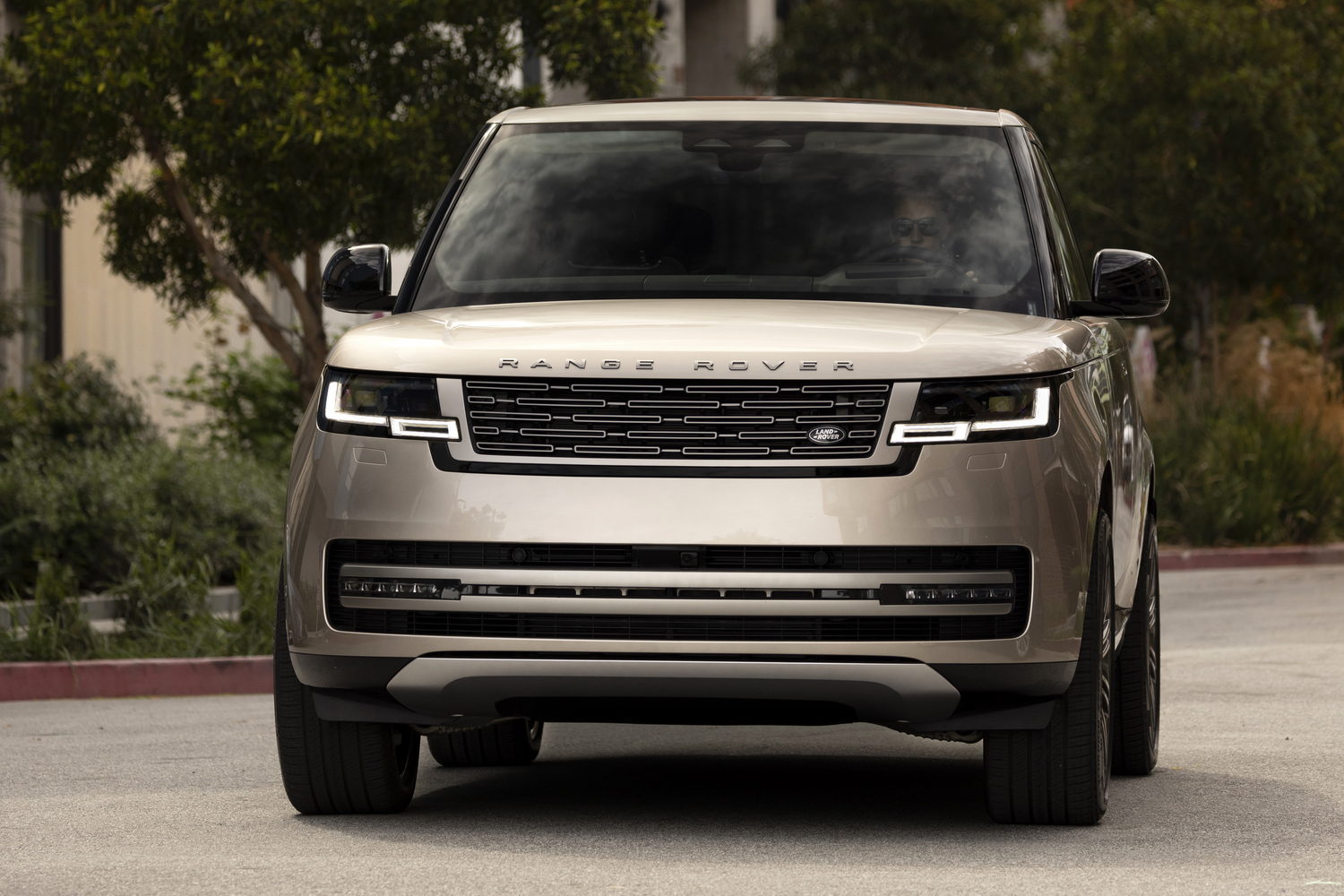 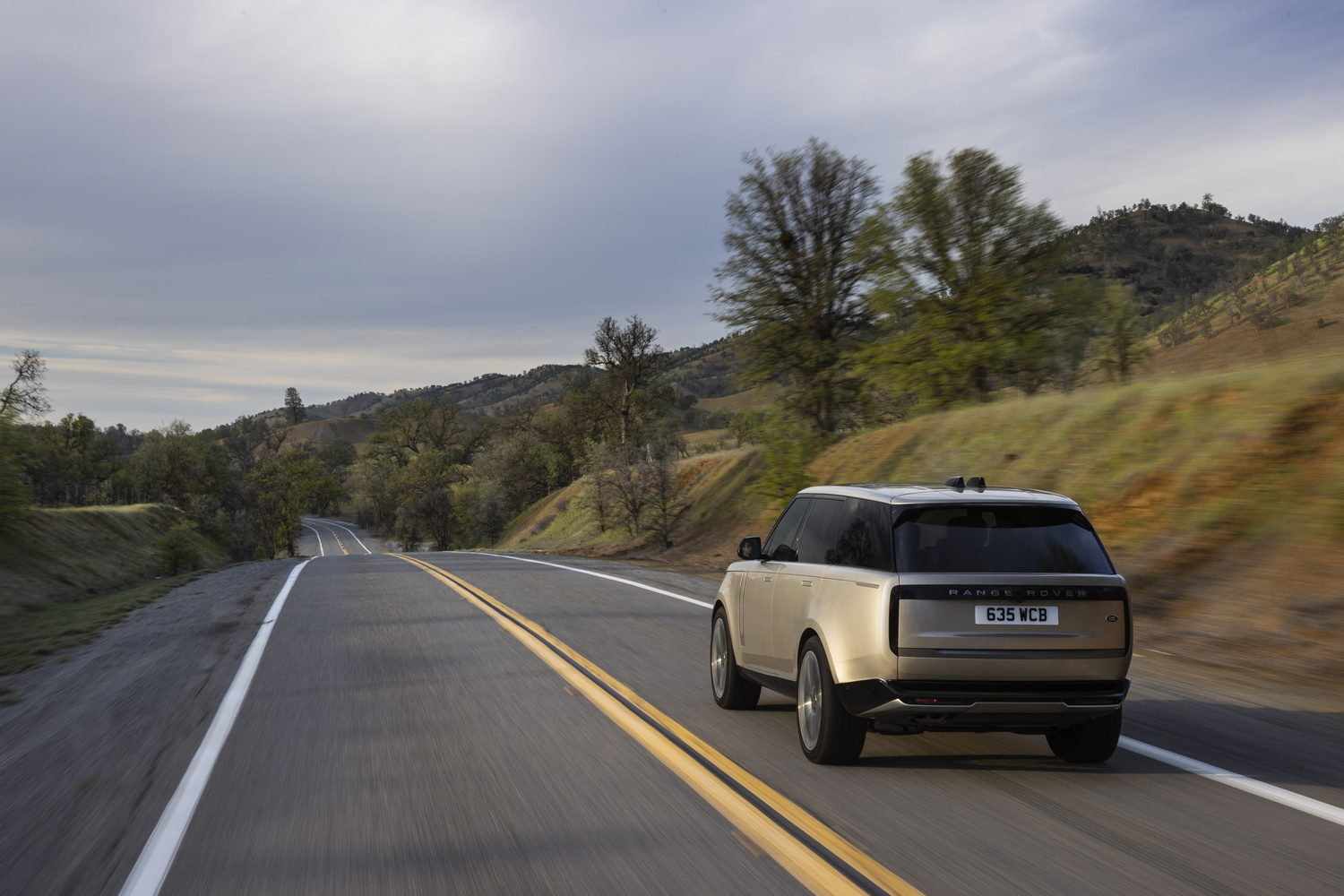 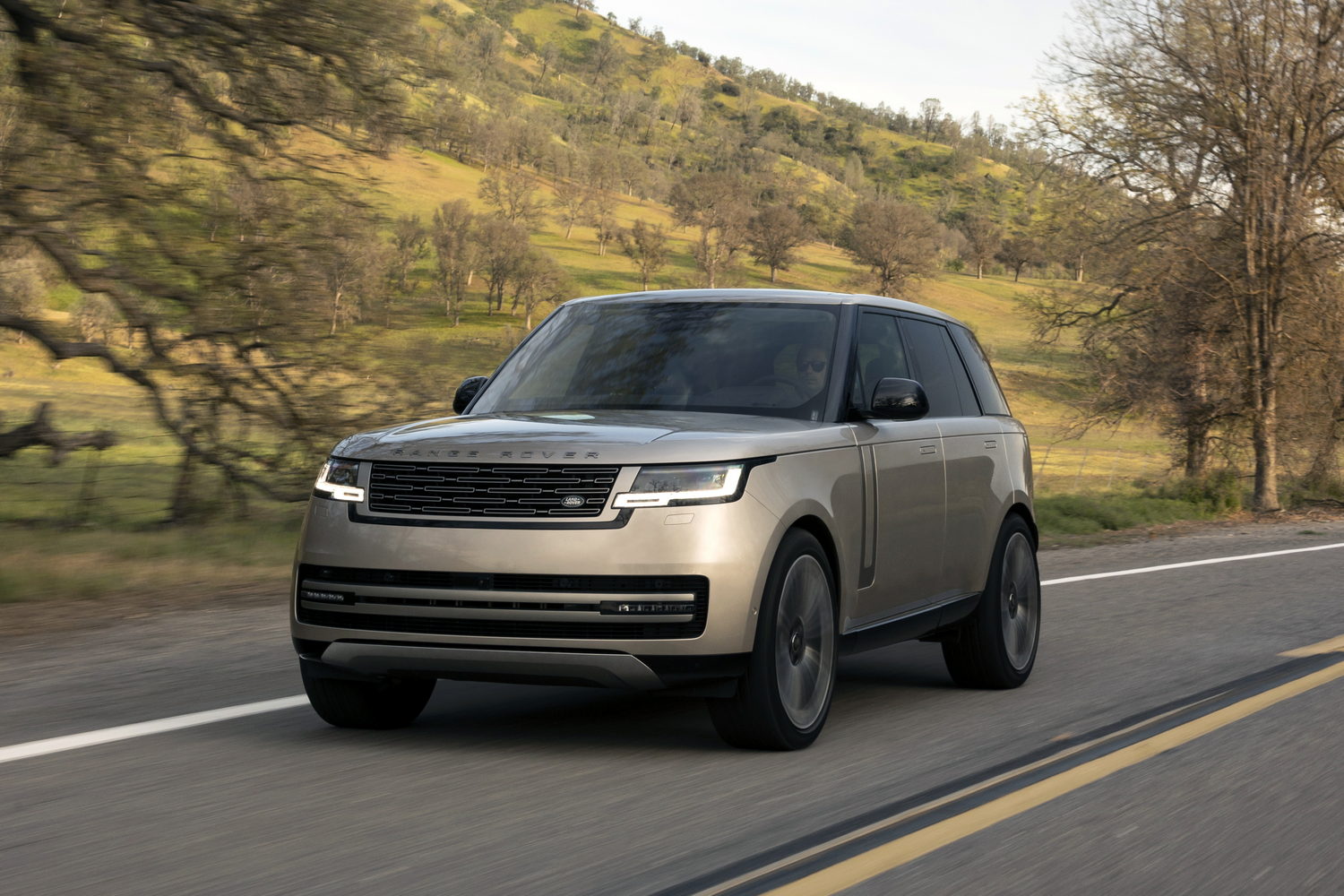 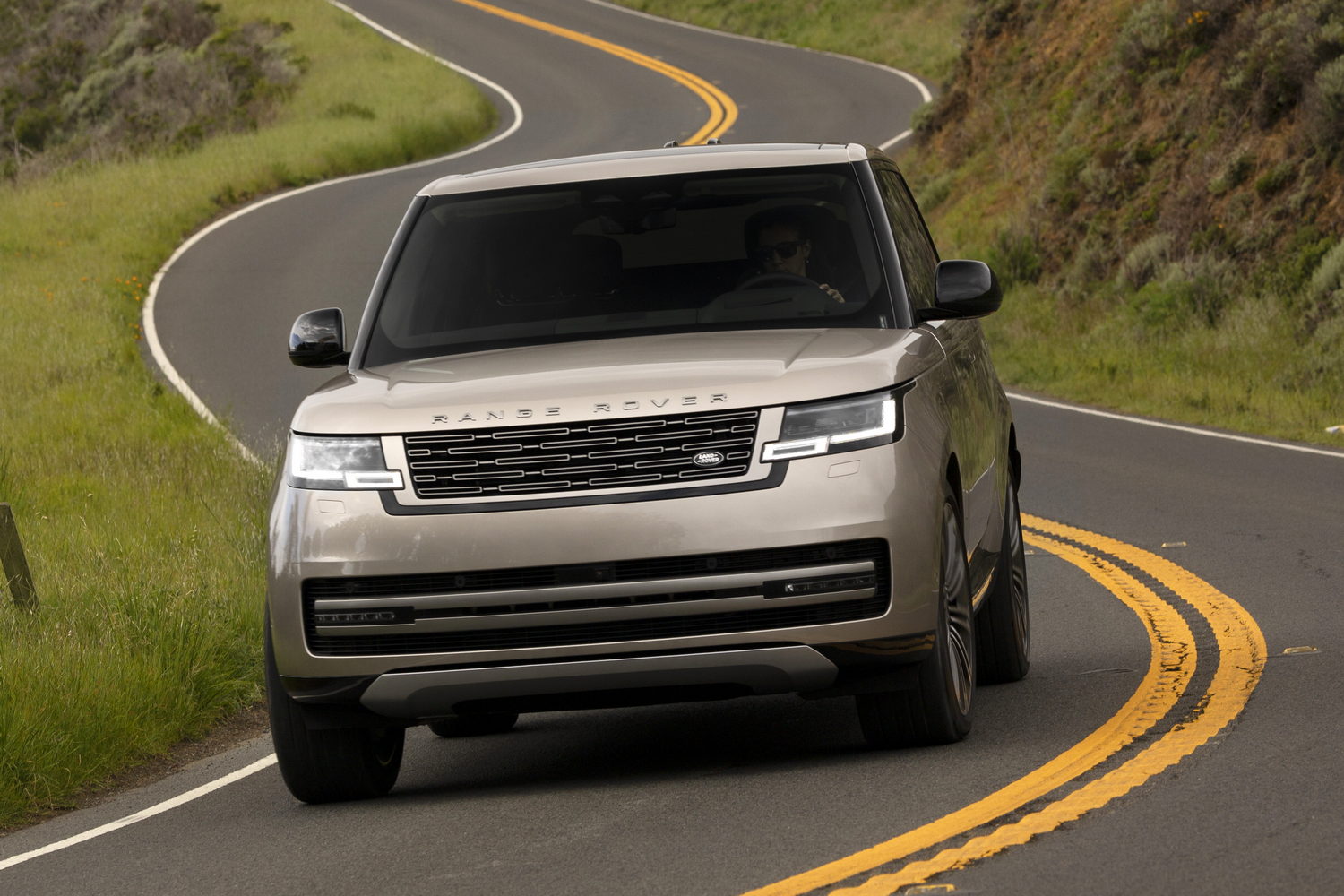 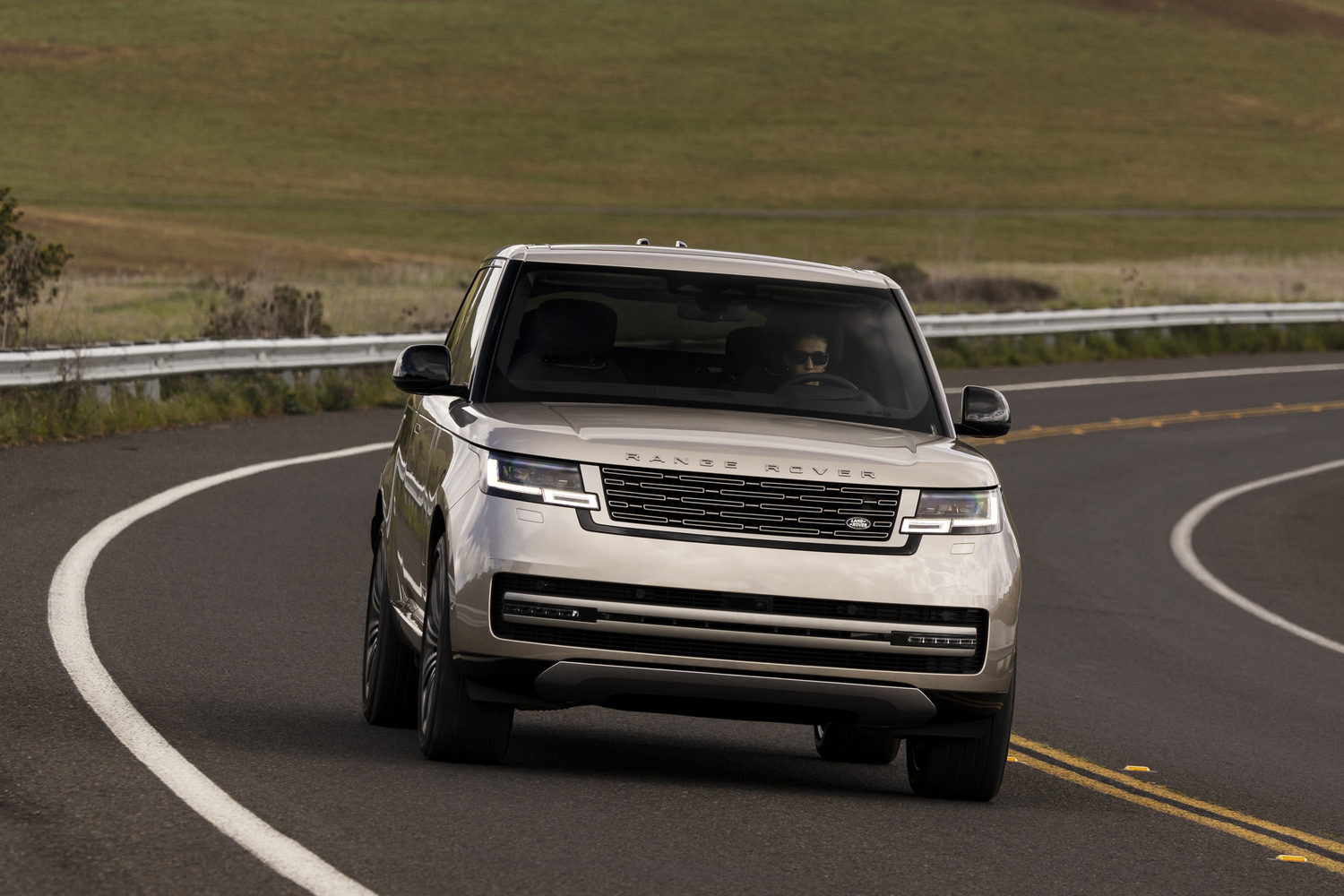 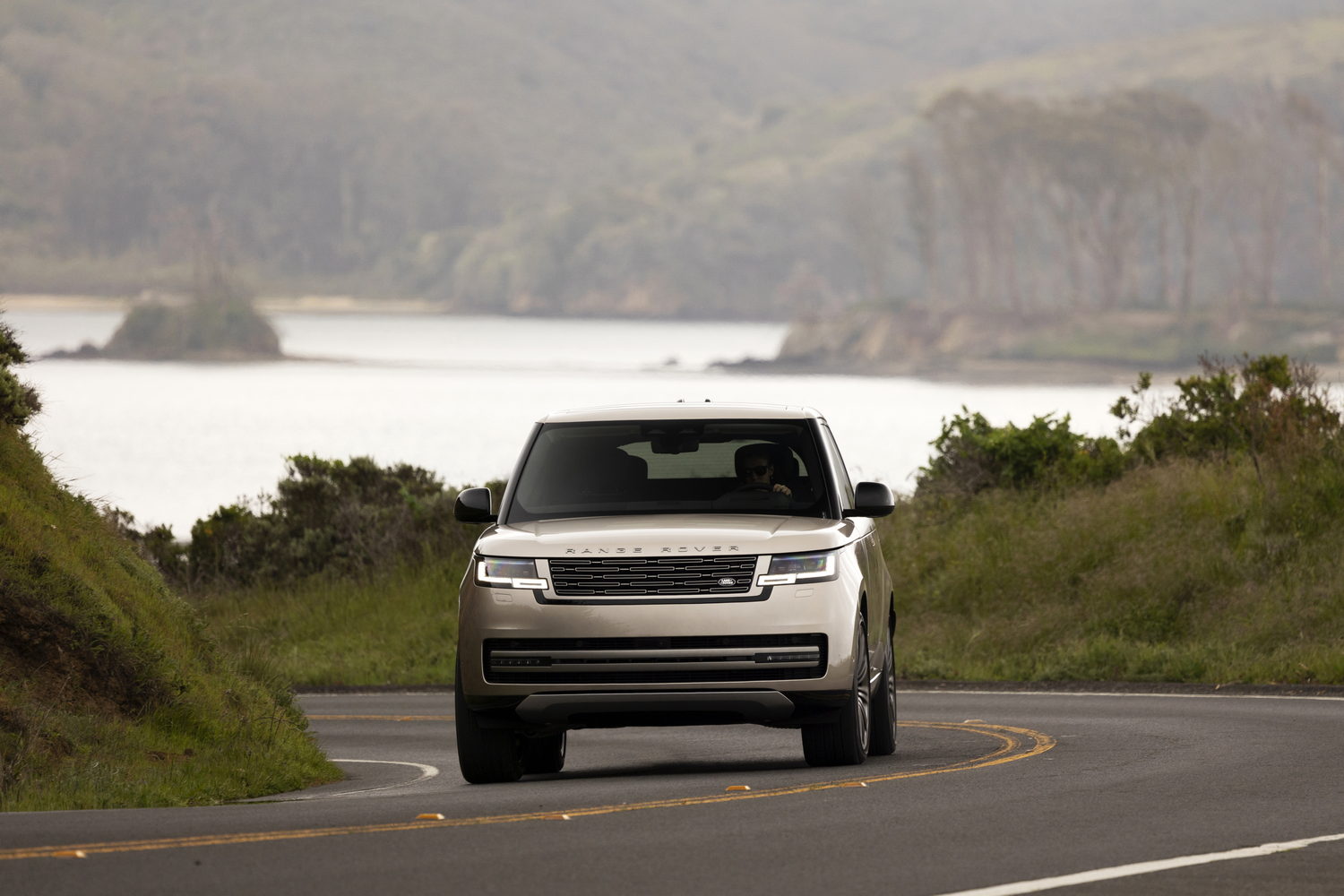 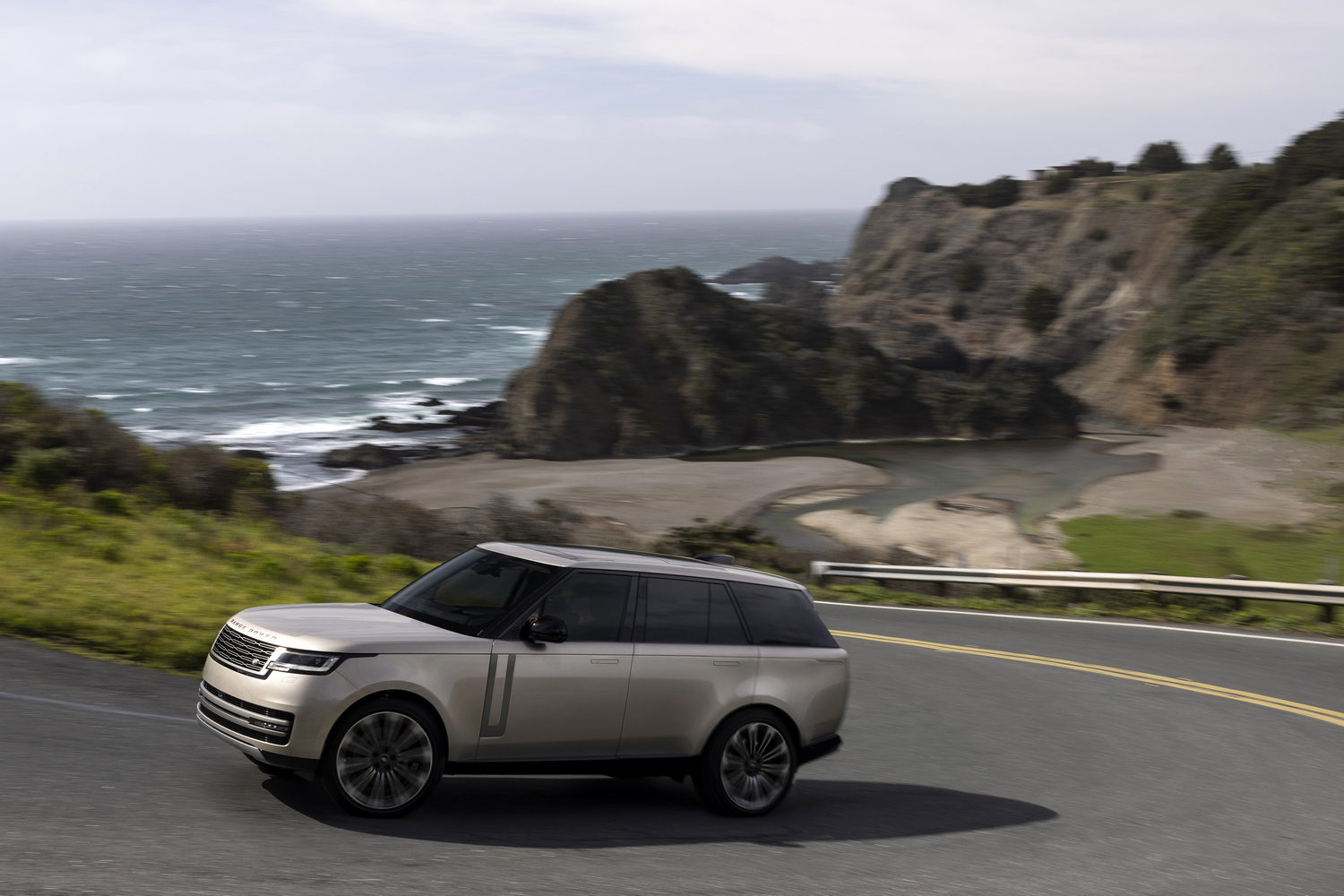 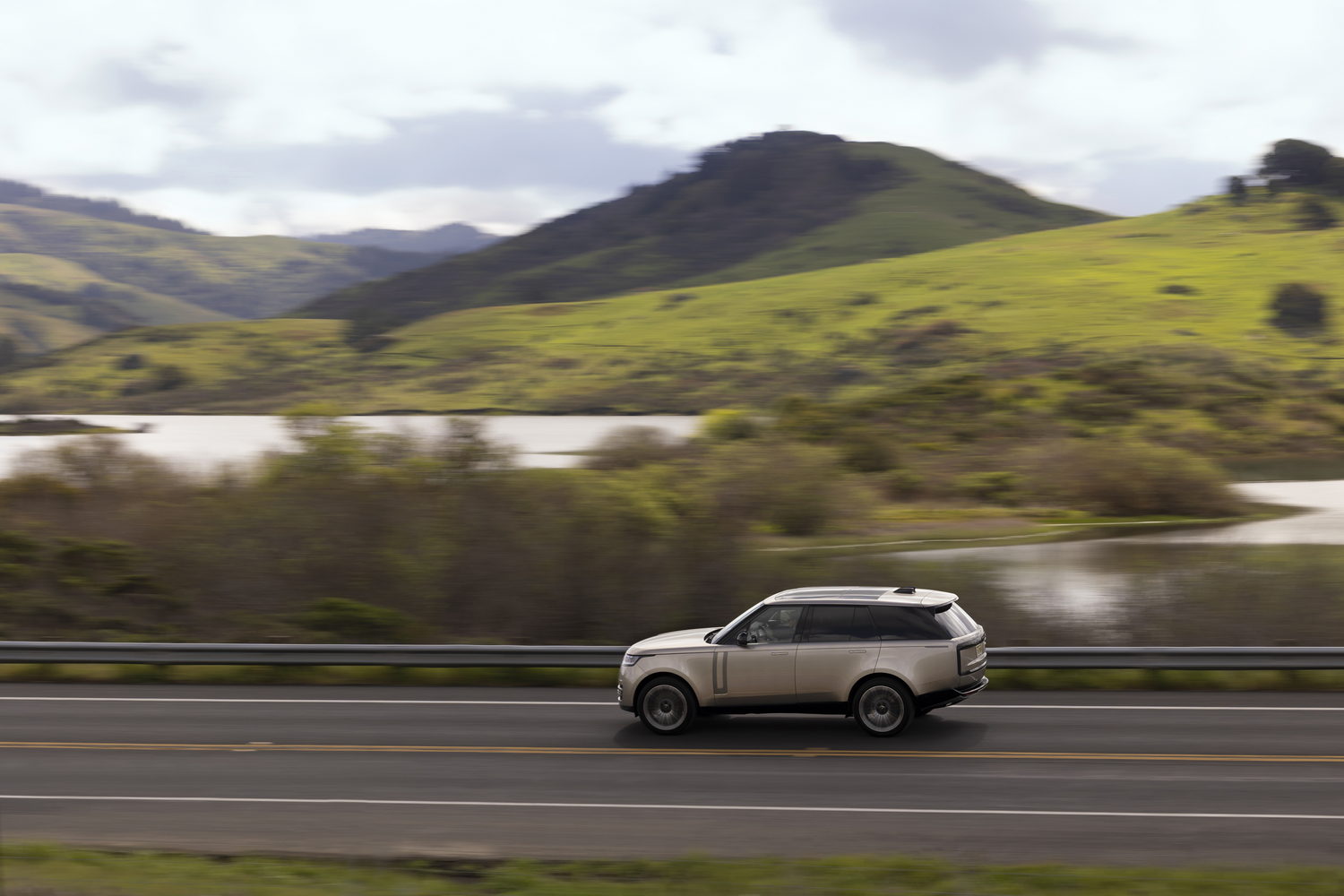 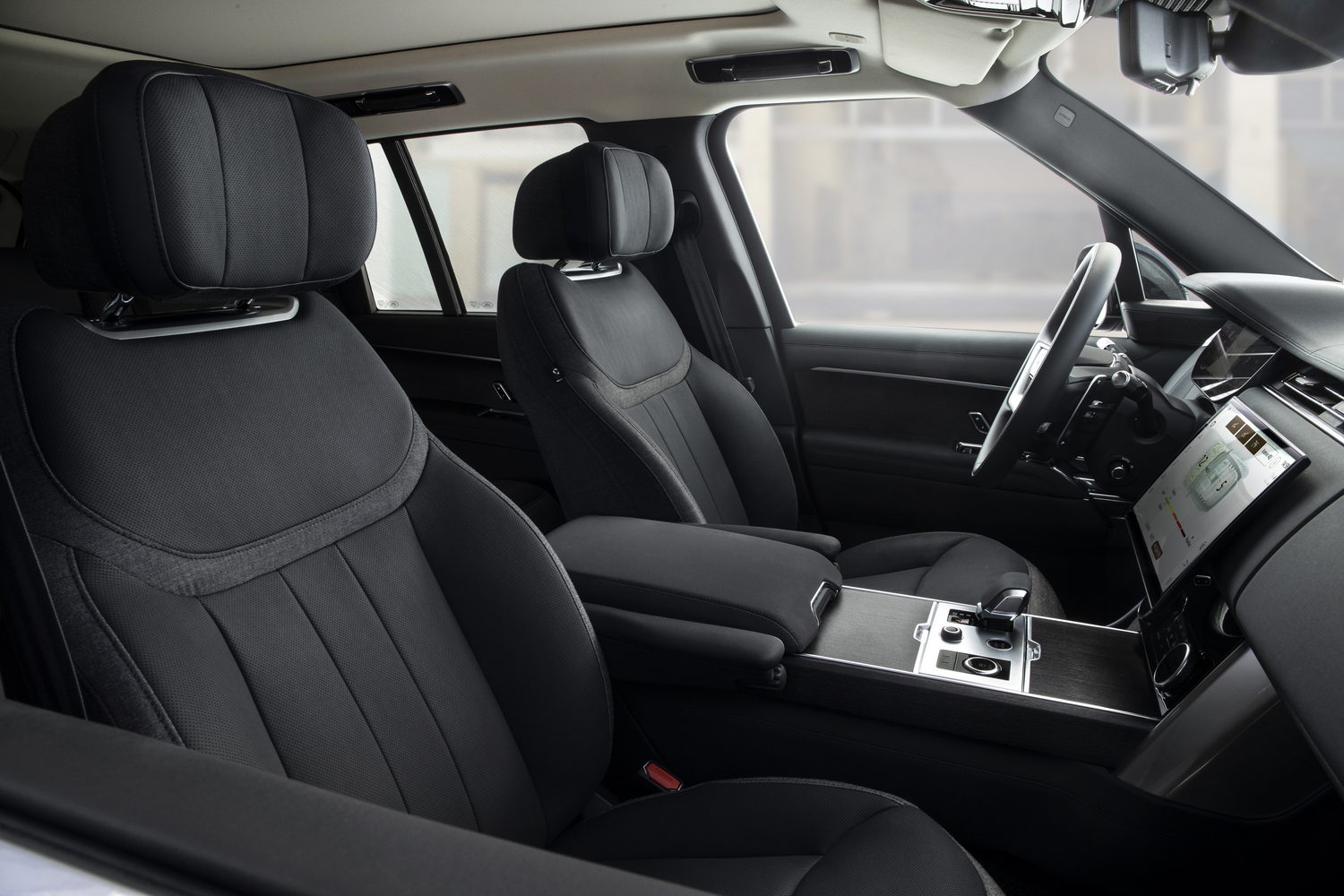 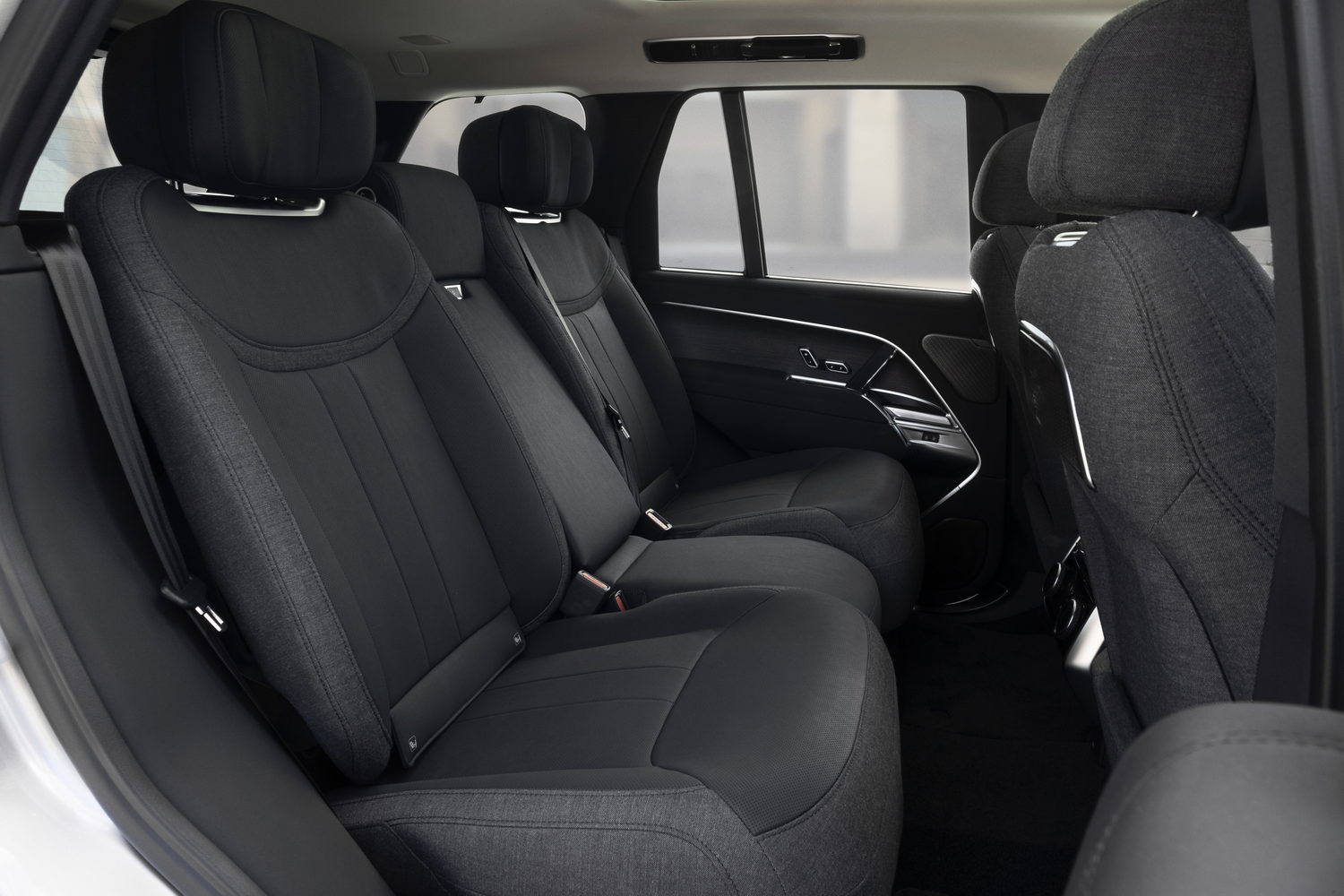 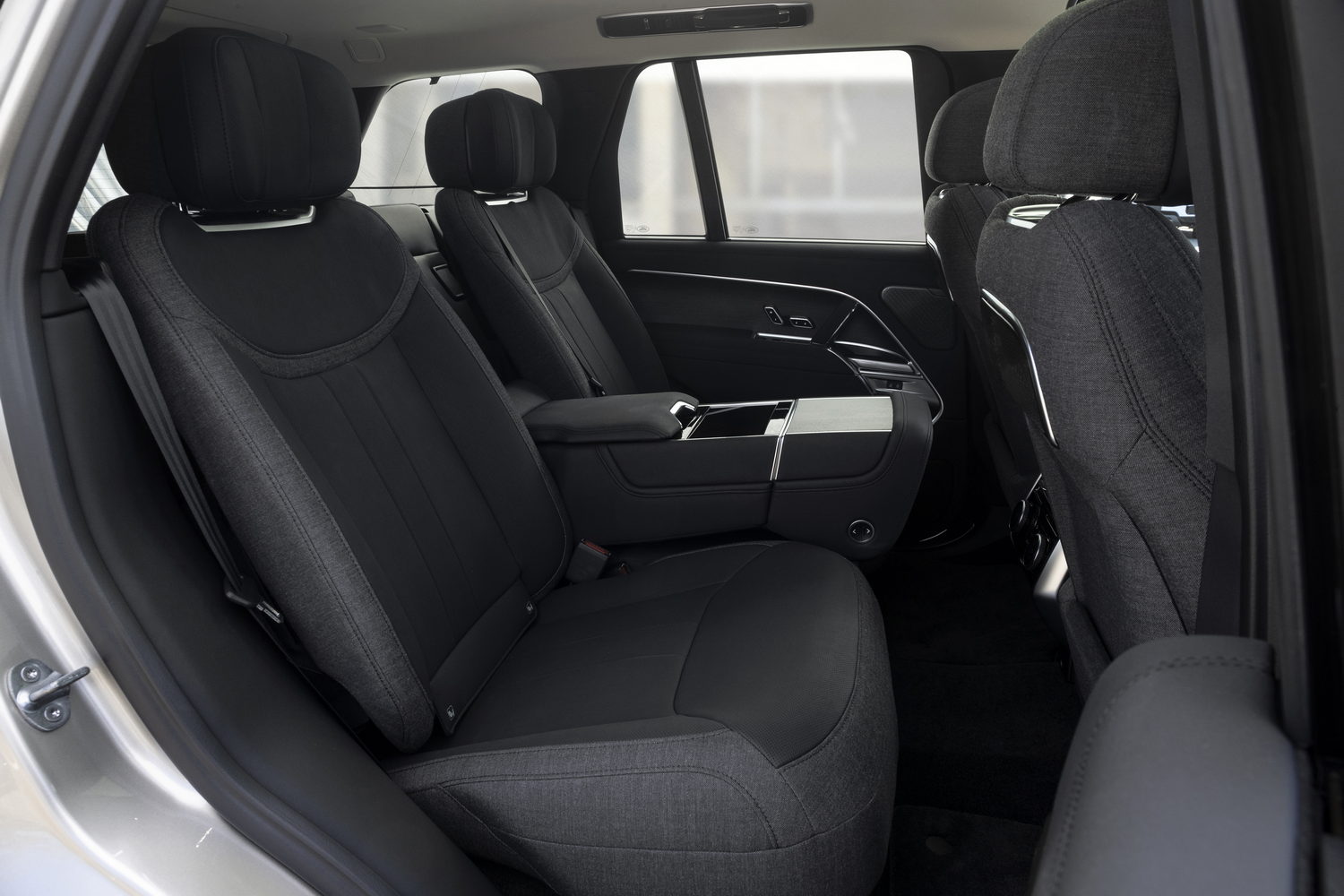 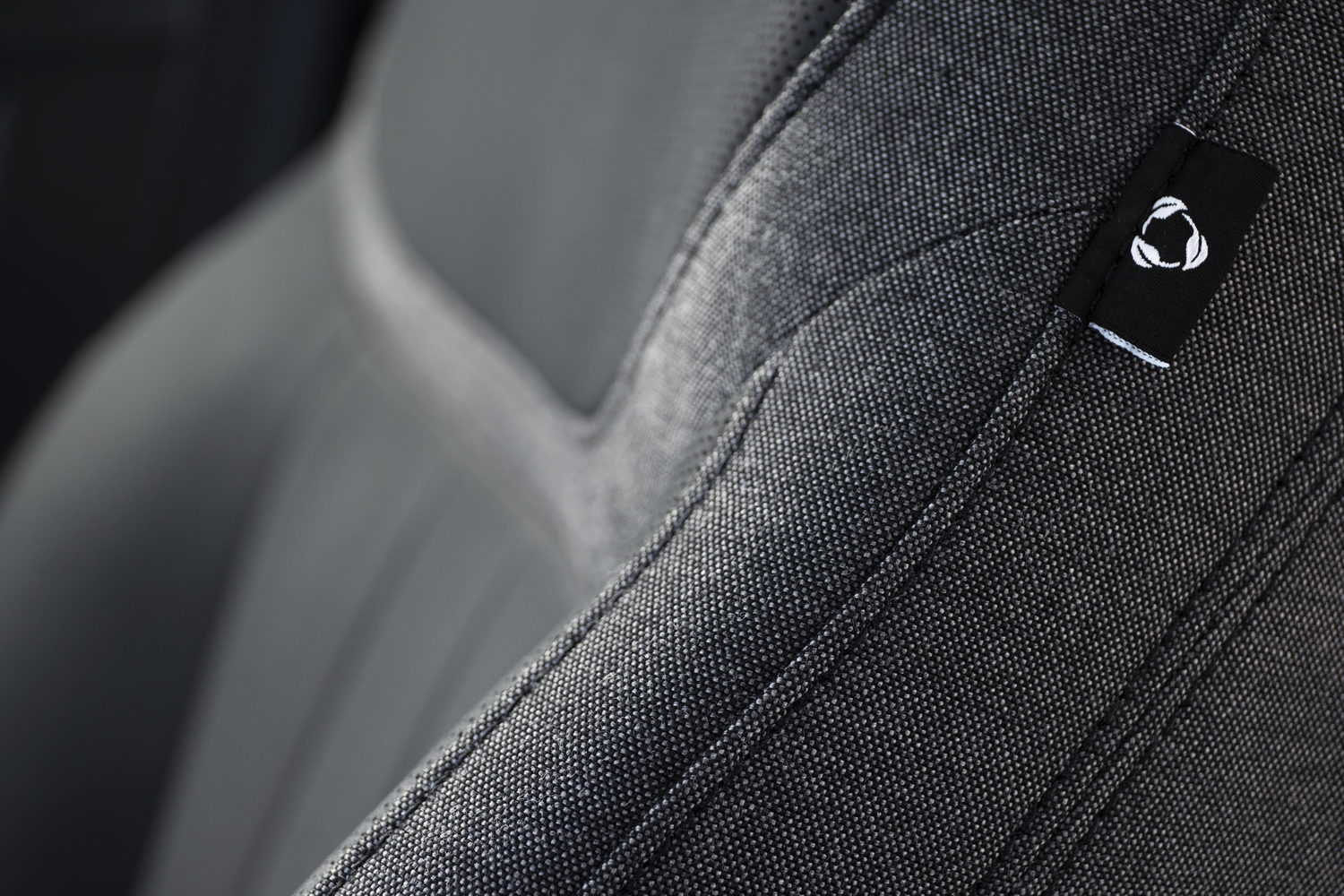 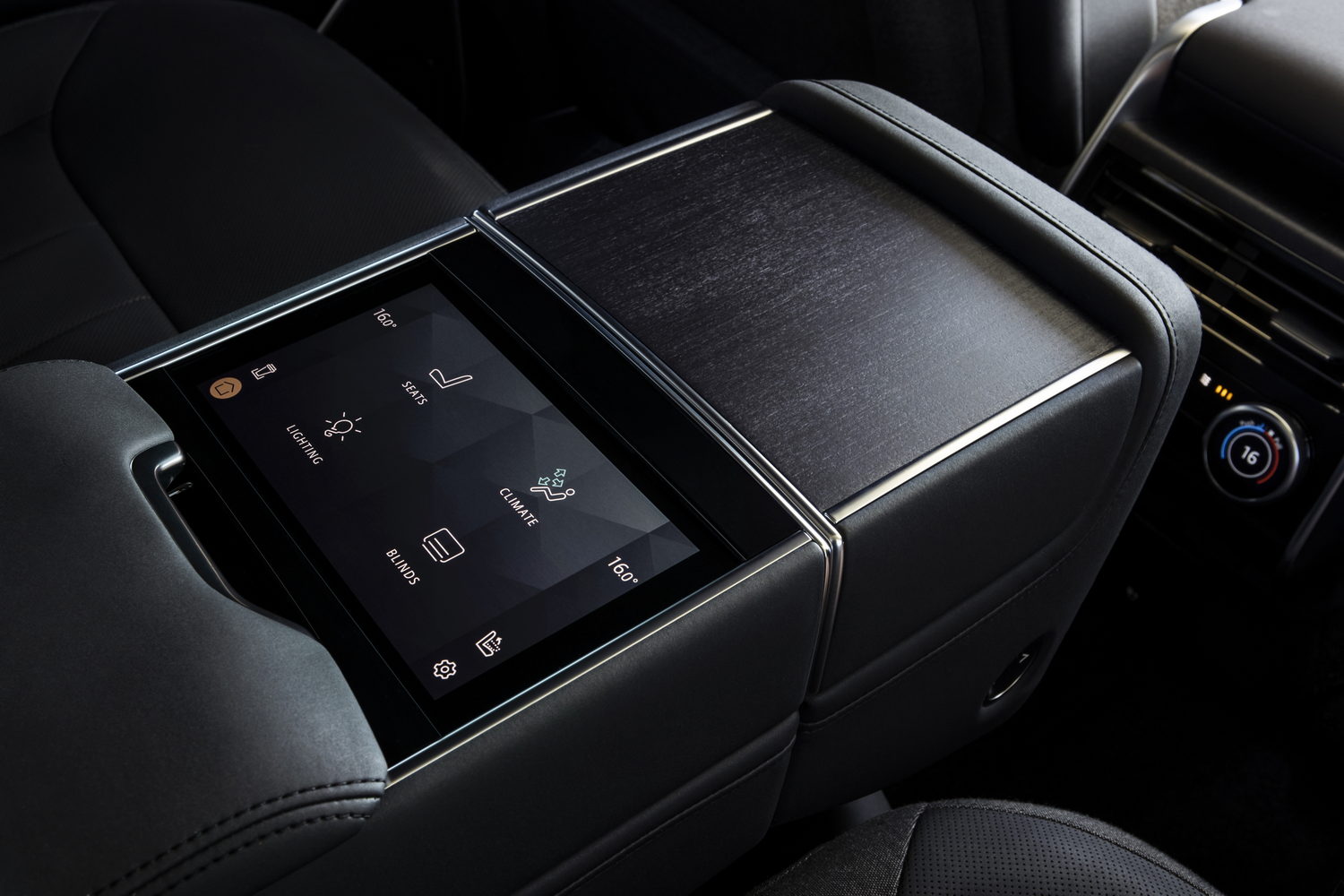 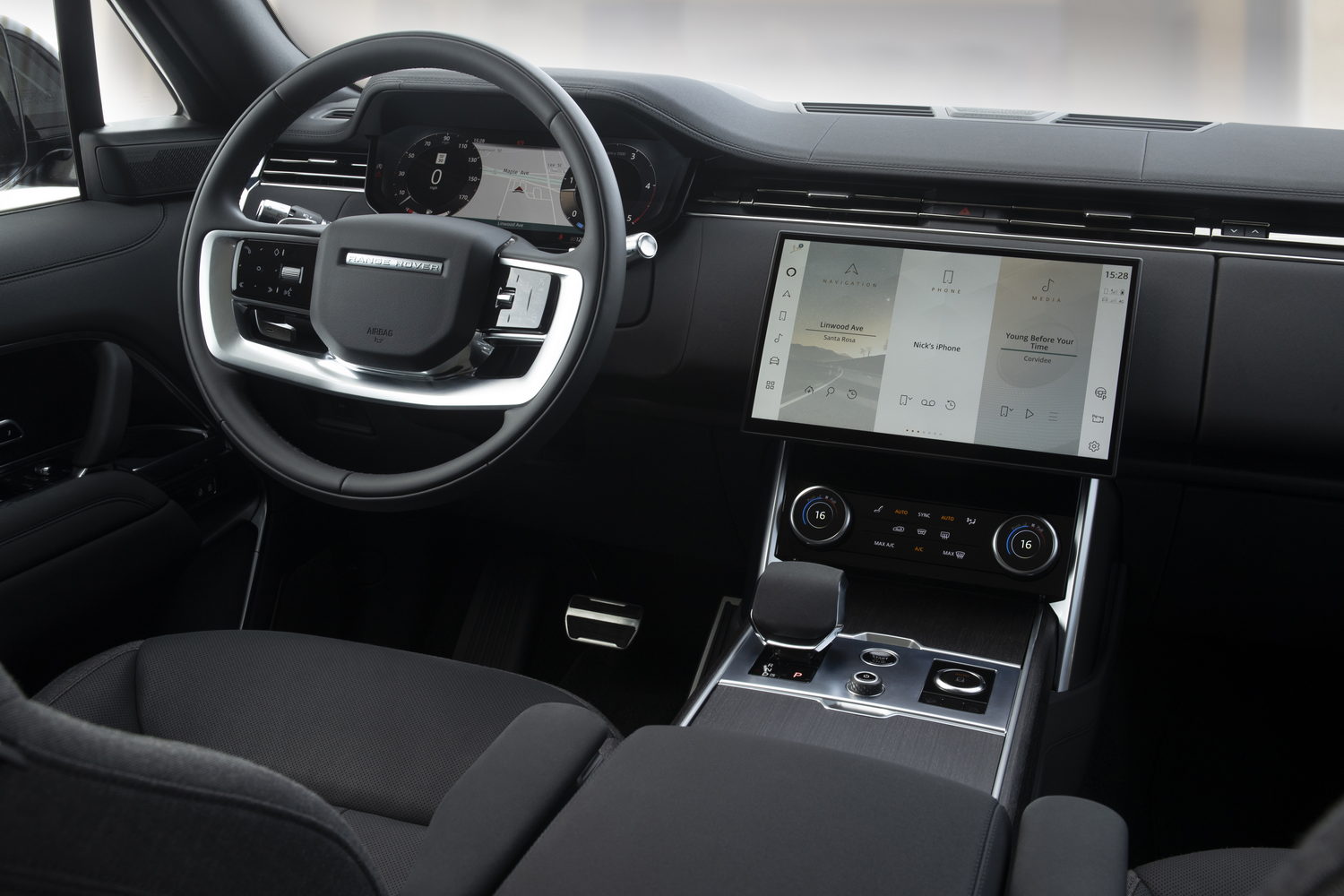 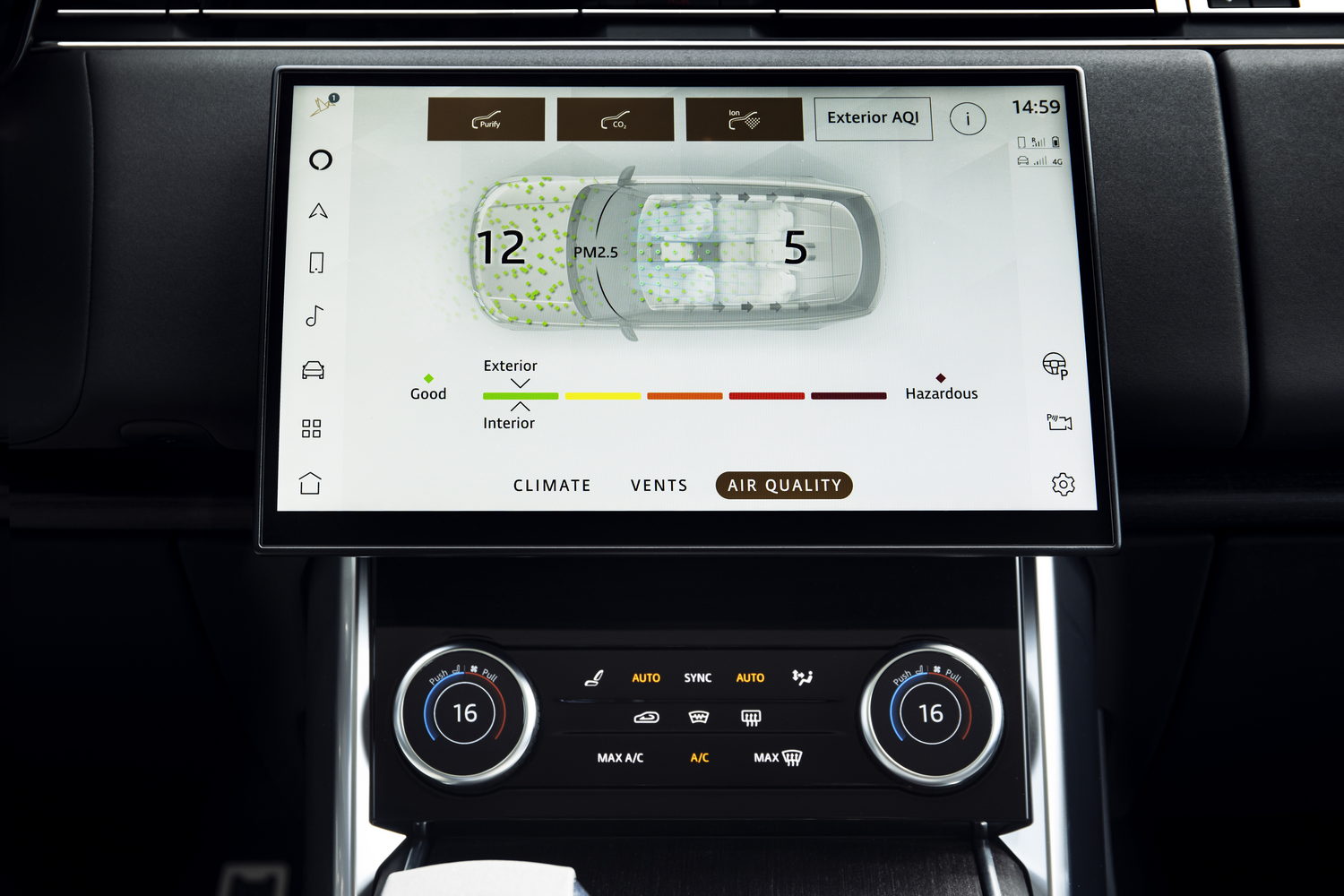 We get our hands on the new Range Rover for the first time.

The Range Rover is arguably Land Rover's most important car. Not in terms of sales - smaller and cheaper models outsell the flagship by some distance - but in terms of branding. This is the halo of the Land Rover line-up, a showcase of what the company can do and a spearhead that introduces technology soon to be found across the rest of the range. It's also the darling of wealthy customers everywhere, and it has almost become a synonym for any luxury SUV.

All of which means a new model is big news. The fifth-generation Range Rover (codenamed L460 for those who car) was revealed at the tail end of last year, and we've finally had a quick spin in a mid-range HSE version powered by the 3.0-litre diesel engine. Does it still live up to its lofty image?

The latest-generation Range Rover has divided opinion with its design, which builds on that of its predecessor. This time, it's cleaner looking and more modern than before, but that rear end has been unpopular with some. We remain undecided, because although the design works better in the metal than in photographs, that horizontal trim across the rear seems to accentuate the car's width unnecessarily.

Because let's face it, nobody is going to miss this thing cruising down the road in front of you. It's almost 1.9 metres tall, and more than five metres long. And if you try to squeeze through a gap measuring less than 2.2 metres wide, you'll have to fold the door mirrors in. Even then, the car is still two metres wide.

The upside of all that volume is a mass of interior space. Even tall adults will feel a bit lost in the Range Rover's back seats, and the 818-litre boot is frankly wasteful. To give you an idea of just how big the boot is, two VW Golf hatchbacks wouldn't have the same amount of space as you get in one Range Rover. Nobody needs that much space, surely?

That might be why Land Rover has strived to fill that space with as much luxury as it can muster; from the soft headrests to the sumptuous leather and from the deep-pile carpets to the solid door handles, it's all very upmarket. And quite classy, albeit tinged with a slight whiff of the premiership footballer's mansion.

It's more high-tech than most footballers' 'cribs', though, because Land Rover has endowed it with the latest-generation Pivi Pro infotainment system. Essentially comprising a massive central touchscreen and a digital instrument display, it's a modern way of interacting with the car's basic functions. Perhaps unintentionally, Land Rover has managed to make the digital instrument cluster the highlight, with its minimalist display and crisp graphics making it very easy to read and interpret, while relatively self-explanatory controls allow the driver to see the displays they find most useful.

Sadly, the same can't be said for the touchscreen, which is slicker than before, but less easy to live with. It's great when the car is stopped and the ultra-sharp display feels very Scandinavian, but vague icons and unclear 'buttons' make it somewhat harder to use when you're on the move. And being distracted while in control of a car that weighs about 2.5 tonnes is not ideal.

Nor is some of the quality on display in the Range Rover's cabin. Build quality and reliability have traditionally been Land Rover weak points, and there are certainly some chinks in the Range Rover's armour. All the leather and wood trim feels fantastic, but there are little patches of plastic that don't live up to the Range Rover's massive price tag, while certain elements of the cabin feel a bit too flimsy - especially compared with the BMW X7's seemingly bulletproof interior. Yet despite that, it still manages to feel like a bona fide luxury product.

Although this D350 3.0-litre diesel engine is nowhere near the top of the range, it's more than potent enough to power this colossus. The 350hp straight-six uses its 700Nm of torque to drag this hulking lump of luxury from 0-100km/h in a mere 6.1 seconds - fast enough to keep pace with plenty of hot hatchbacks.

But don't be fooled. That engine exists not to provide thrills, but to provide ample reserves - the reserves that make a car feel effortless, as though cruising along at 100km/h is no more taxing than freewheeling down a small hill. And it does that admirably, giving the driver no real need to use more than, say, half the accelerator pedal's travel to make sufficiently brisk progress.

That means noise is kept to a minimum, and the Range Rover's cabin is a very quiet place indeed. Not only does the silky diesel engine barely grumble as it conveys you from A to B, but the sound deadening keeps much of the environmental noise at bay. Without doing a long motorway journey it's hard to pass judgement on the Range Rover's long-distance capabilities, but it feels every bit as refined as you expect. Only a little wind noise around the mirrors reminds you that the massive body is permanently muscling gallons of air out of its way.

And it's comfortable, too. Even on massive 22-inch alloy wheels our test car soaked up most of the bumps a selection of terrible roads could throw at it, leaving little evidence of their passing in the cabin. Admittedly, the Range Rover doesn't quite offer the same magic carpet feel as a Rolls-Royce Cullinan, but it's on a par with the Bentley Bentayga.

Despite that, and its enormous bulk, it even handles acceptably. The body lean is noticeable but well controlled, so it never feels as though the car is slewing around on its springs. And though the steering is light, it's reassuring enough to let you position the car exactly where you want it. Handy when the thing is so enormous.

Switch into the sportier driving modes, and the Range Rover could almost be described as 'fun'. It still doesn't offer much feel and it's still massive, but the roll is even more impressively contained, and the car responds sharply to any kind of command from the driver. It's no Lamborghini Urus, but it'll beat the Rolls-Royce Cullinan hands down.

It should offer pretty impressive off-road credentials, too. Land Rover has subjected the Range Rover to all its usual all-terrain testing, and the car comes with plenty of gadgets to help it get going when the going gets tough. Clever traction control and air suspension settings are part of its arsenal, and though we haven't yet put the car through its off-road paces, the early signs look promising.

The new Range Rover starts at €146,000, which is an awful lot of money, and considerably more than you'll pay for an Audi Q7, for example. And that's despite the plug-in hybrid powertrains that lower the VRT substantially. The 3.0-litre HSE diesel option we tried would set you back more than €225,000, which is frankly ridiculous.

But while the Range Rover is not cheap in any way, shape or form, it is at least well equipped. Even basic cars get 21-inch alloy wheels, leather upholstery and wood trim, plus a panoramic glass roof, three-zone climate control and the massive 13.1-inch touchscreen with its Meridian sound system. Soft-close doors are a neat touch, too, and there's a 'gesture' tailgate that can be opened hands-free. There are too many features to provide a complete list here, but customers will not be short of toys no matter which trim level they pick.

The Range Rover is exactly what you expect it to be. It takes all the qualities of the old model, then builds on them, while also improving any weak points. It's an evolution of the nameplate, rather than a revolution, and the looks won't be to everyone's taste, but it's a car with serious prowess. As such, it seems destined to remain a popular choice in this increasingly competitive luxury SUV market. 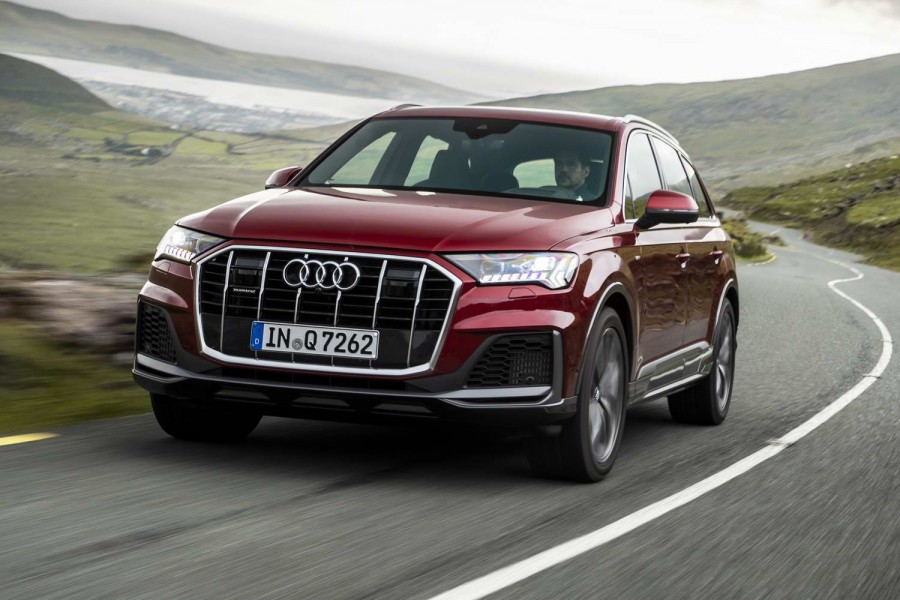 Audi Q7 3.0 TDI (2020) review
Audi Q7 vs. Range Rover D350 HSE (2022): the Q7 is getting long in the tooth, but it's still an excellent all-rounder with bags of appeal. The cabin is bland and less luxurious than that of the Range Rover, but build quality is impeccable and the on-board technology works really well. 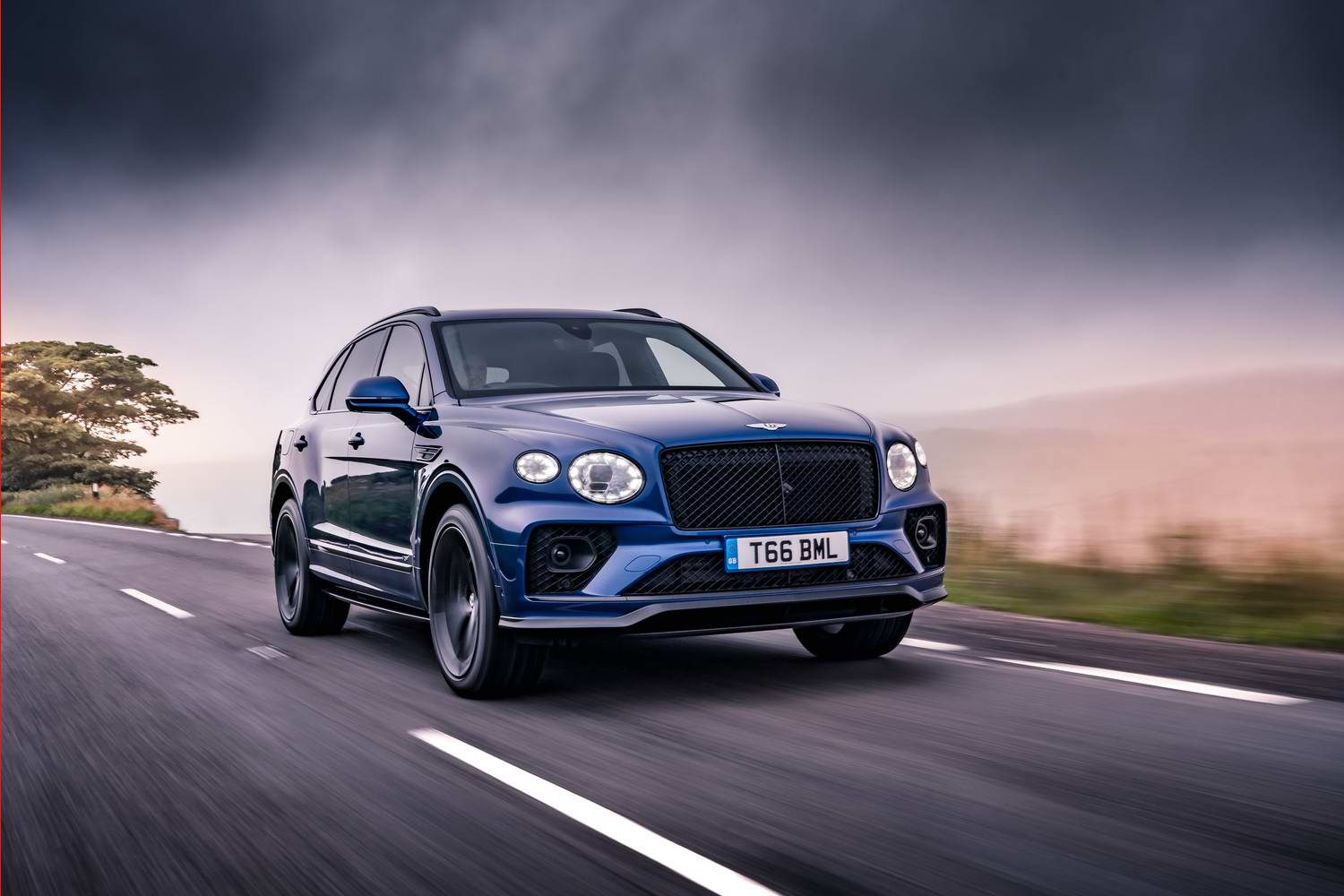 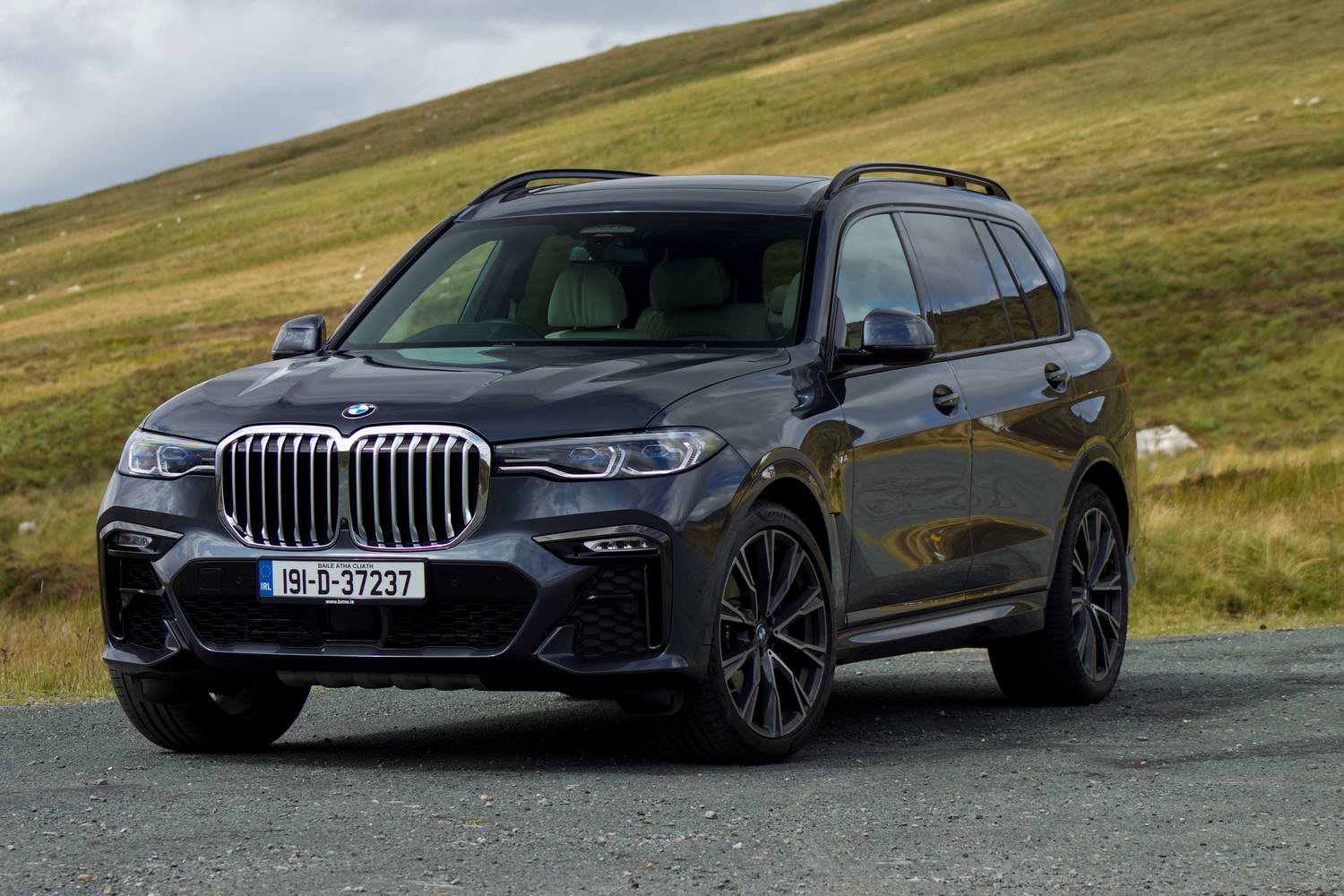 BMW X7 xDrive30d (2019) review
BMW X7 vs. Range Rover D350 HSE (2022): enormous, luxurious and imperious, the X7 is one of the Range Rover's closest rivals. It doesn't have the modern styling or the off-road pedigree, but it's beautifully made, very comfortable and lavishly appointed. What more do you really want?