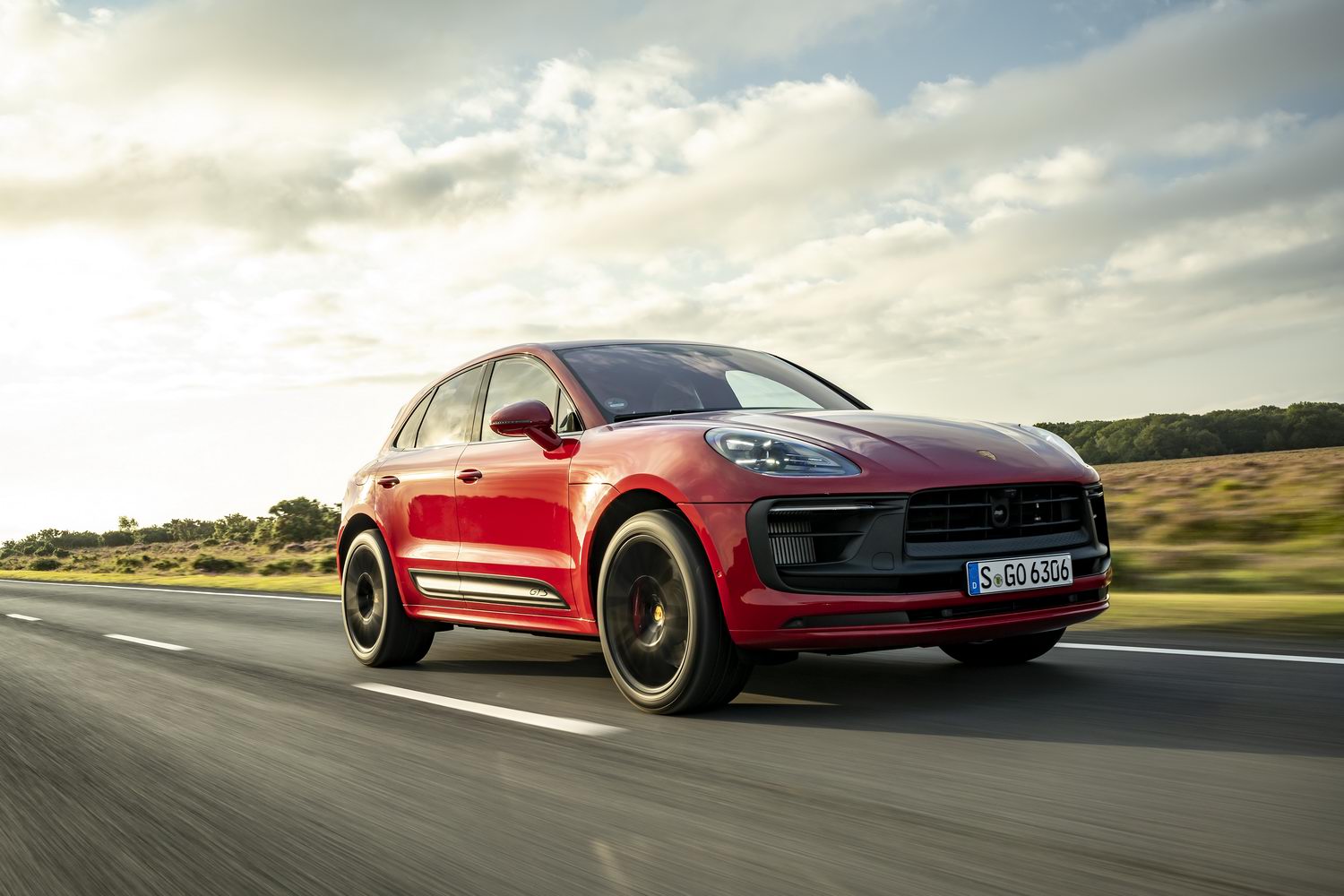 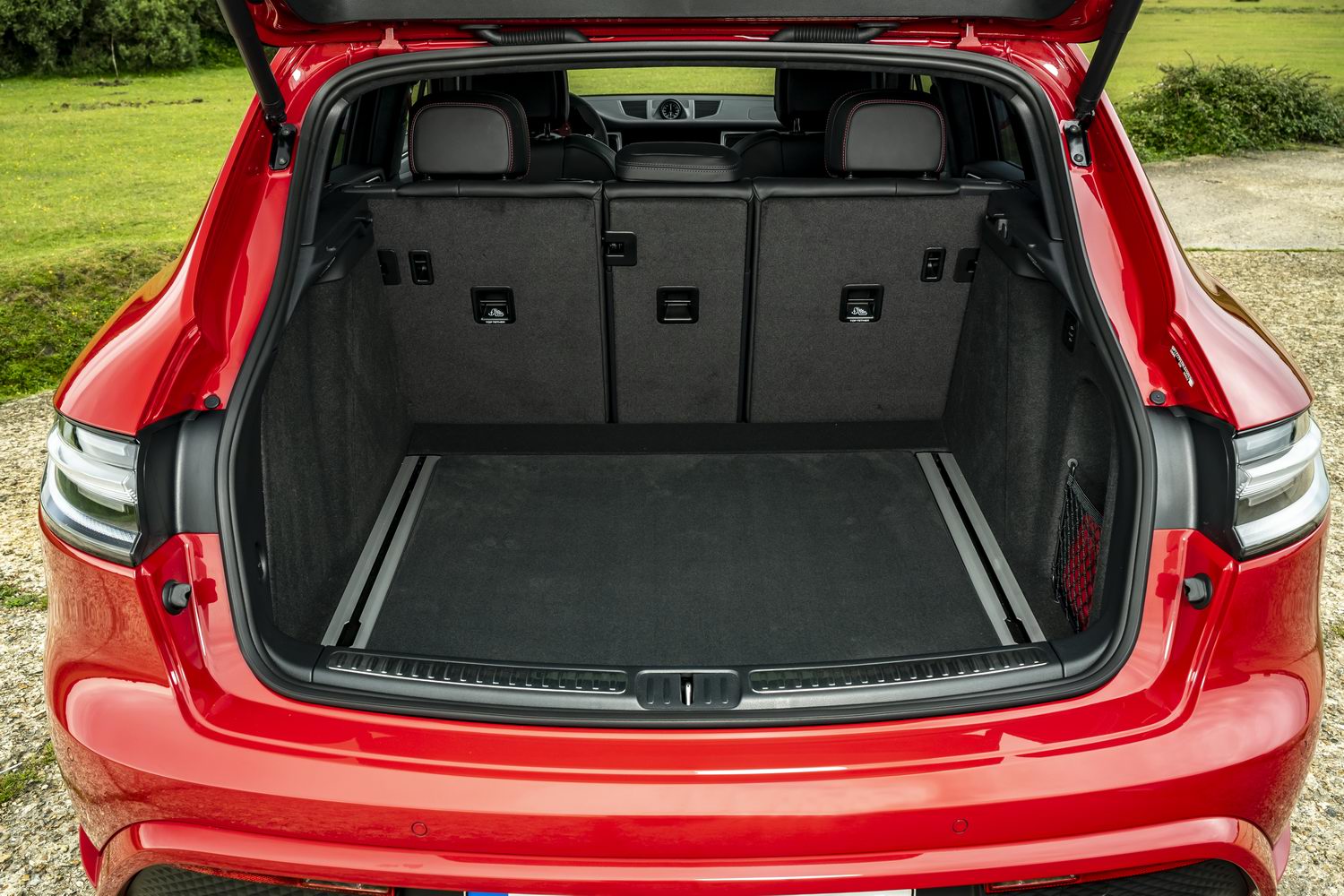 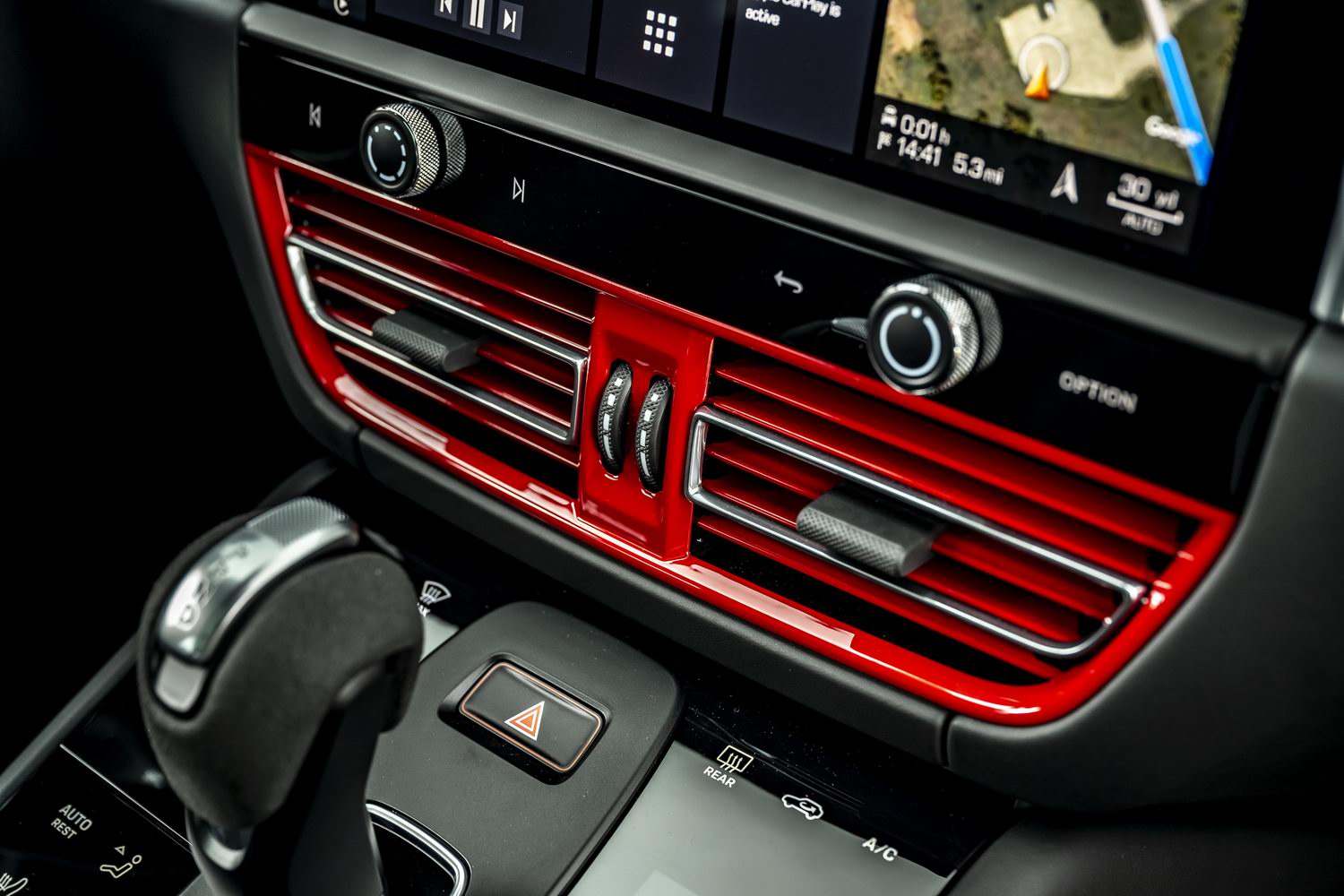 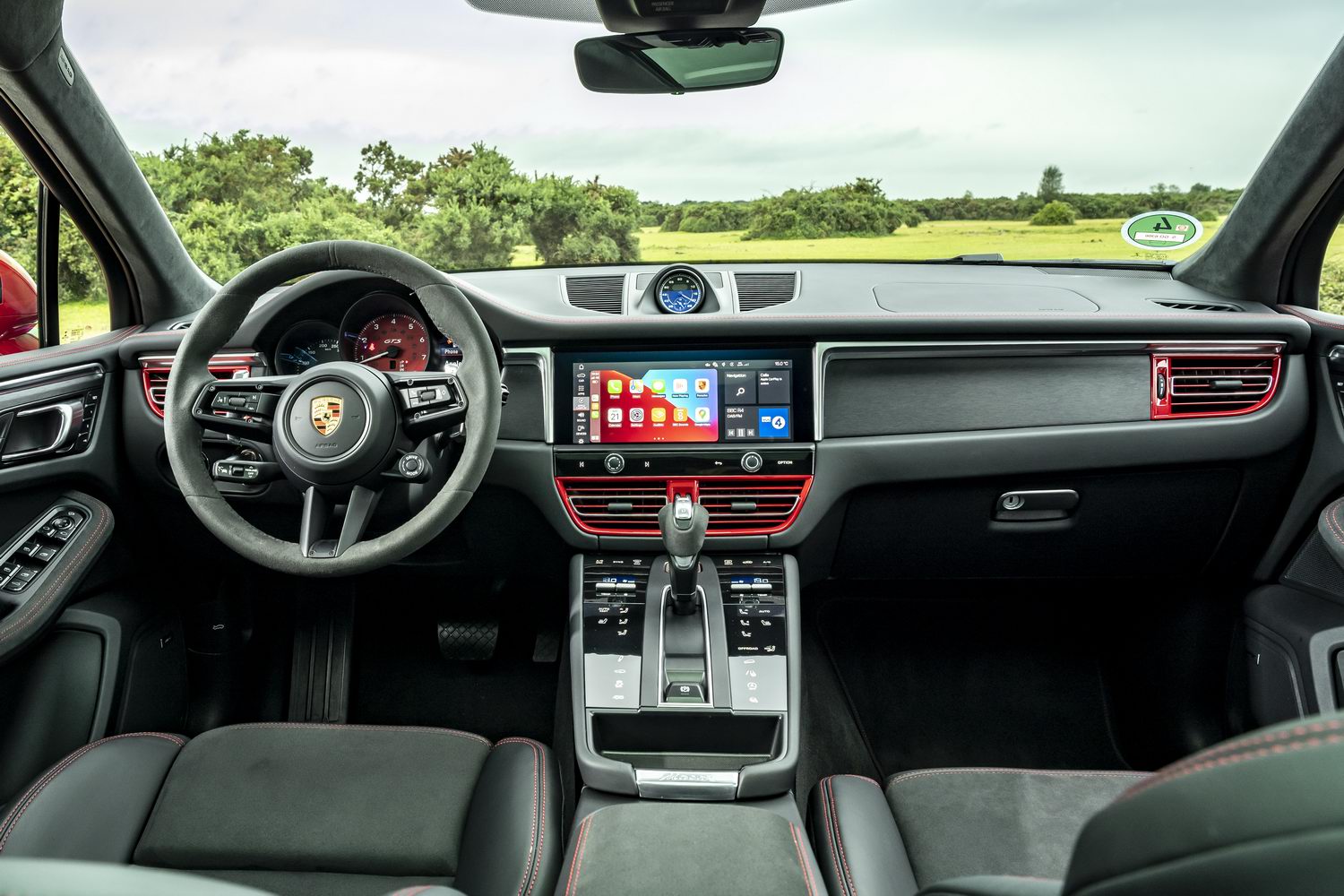 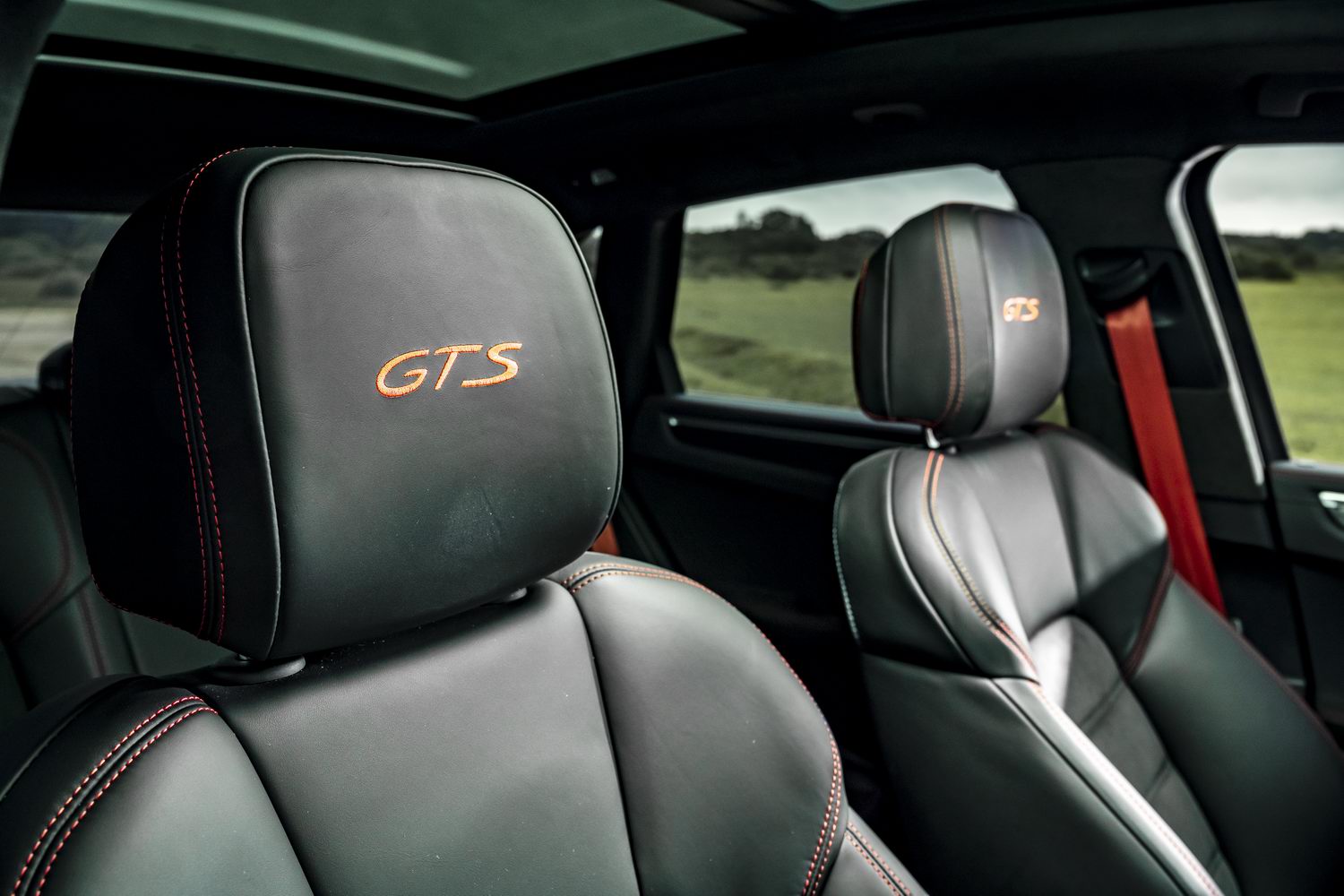 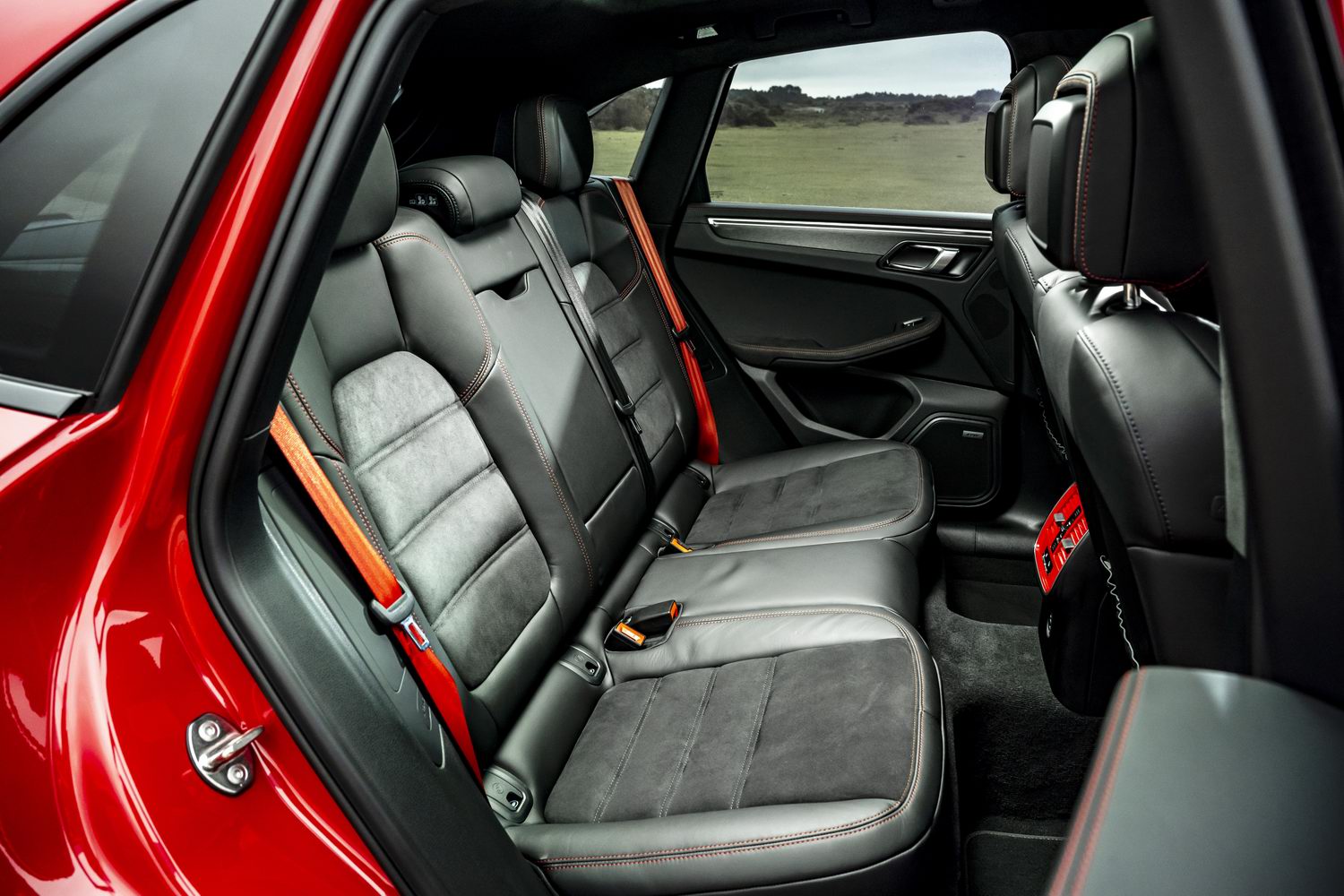 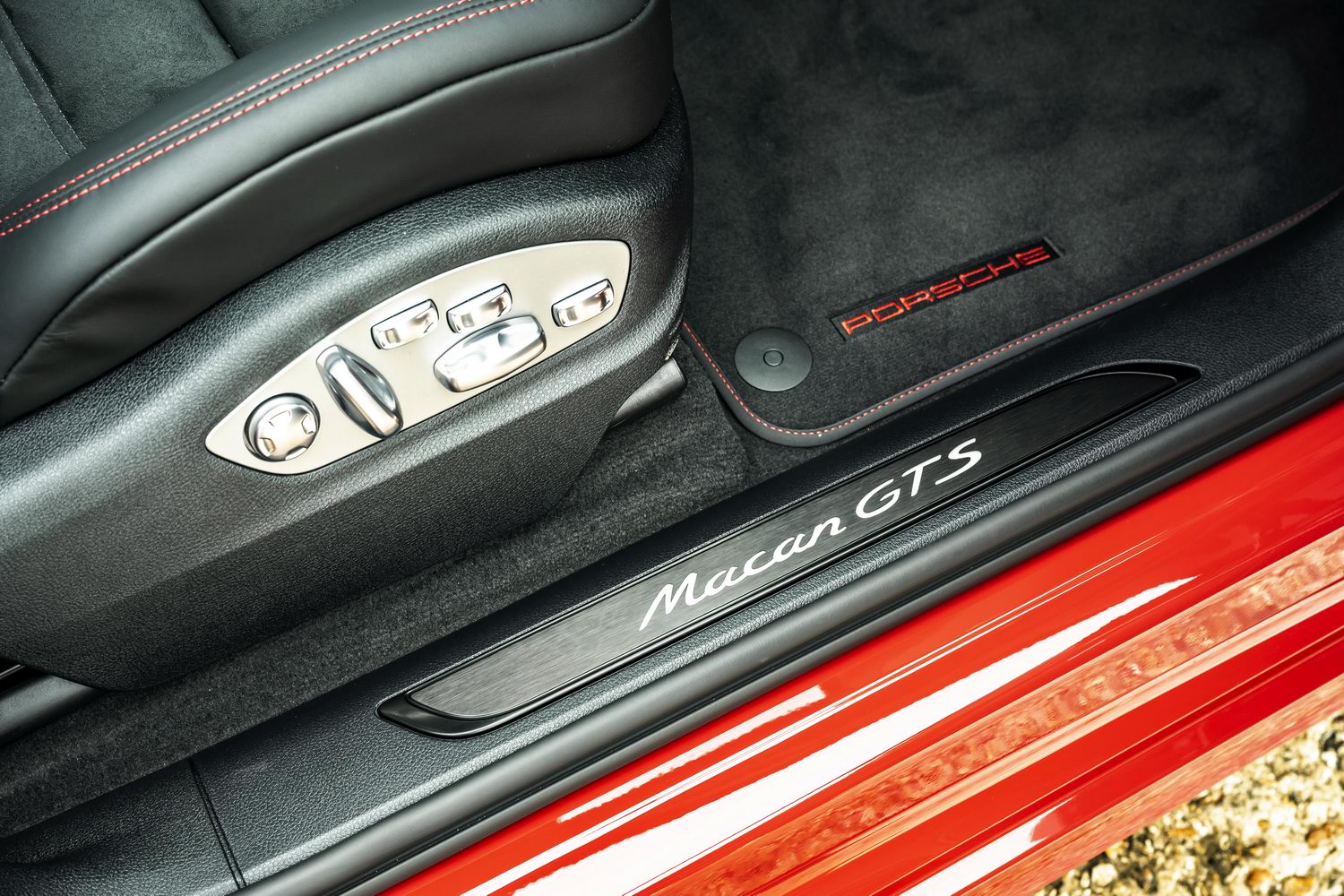 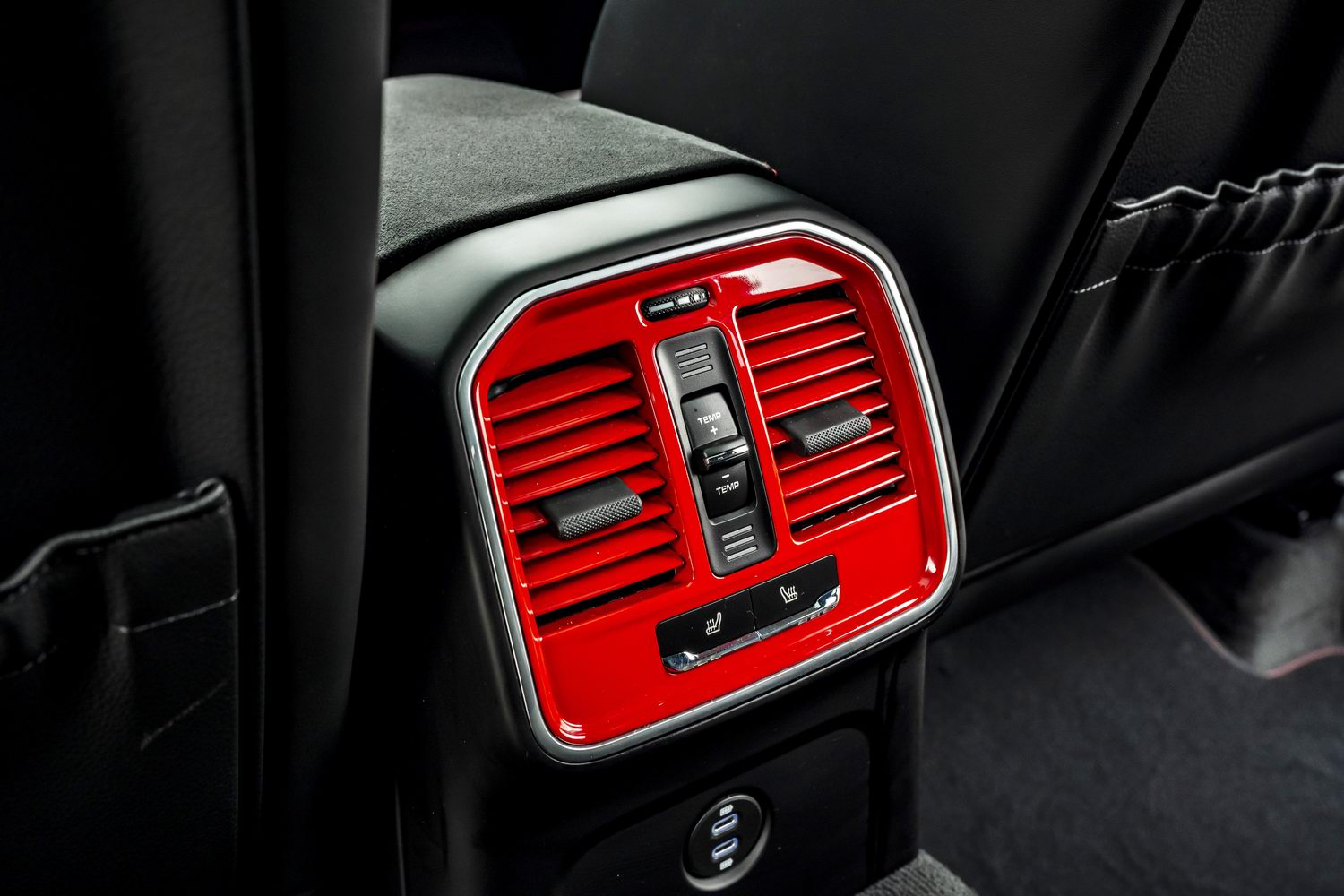 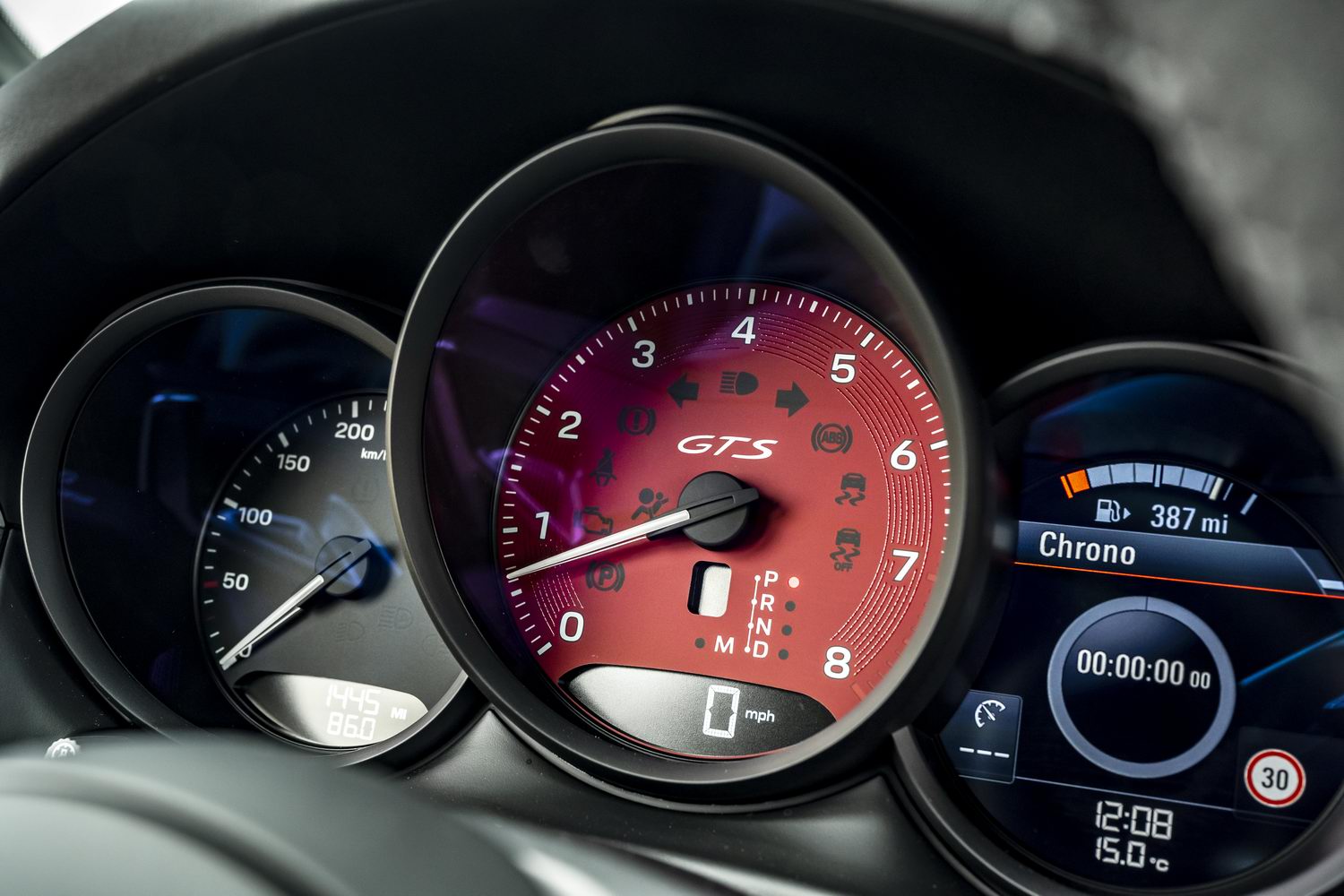 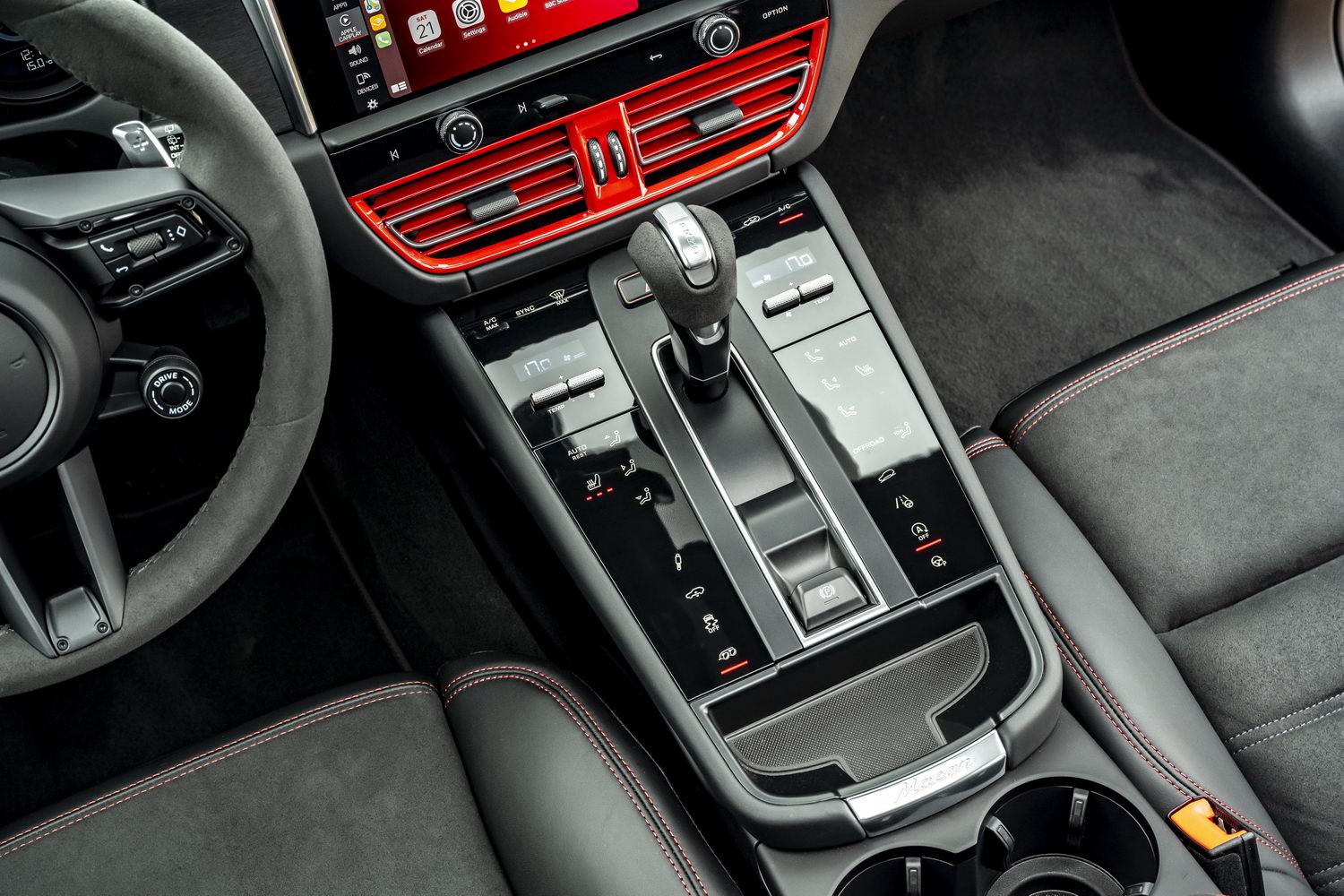 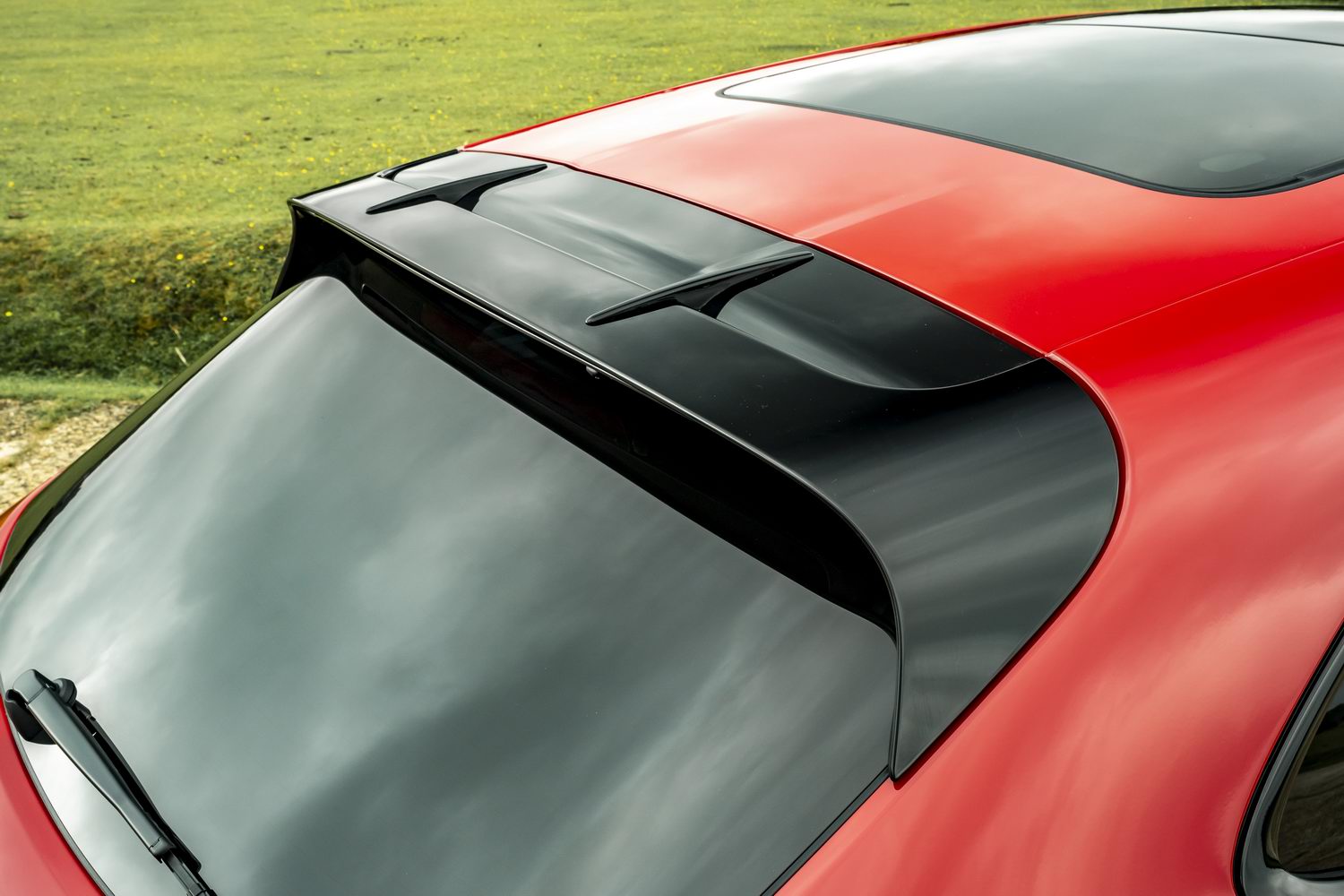 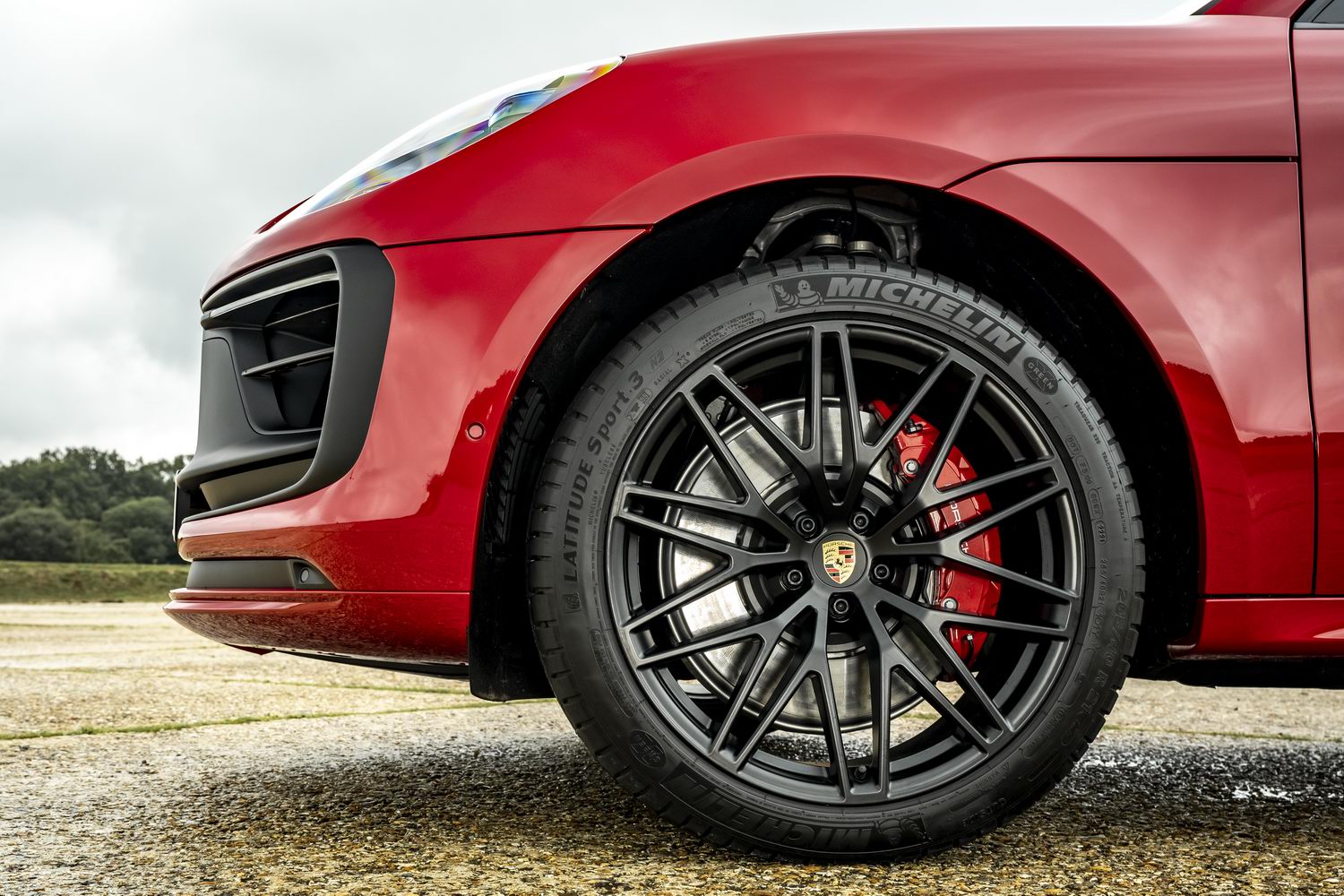 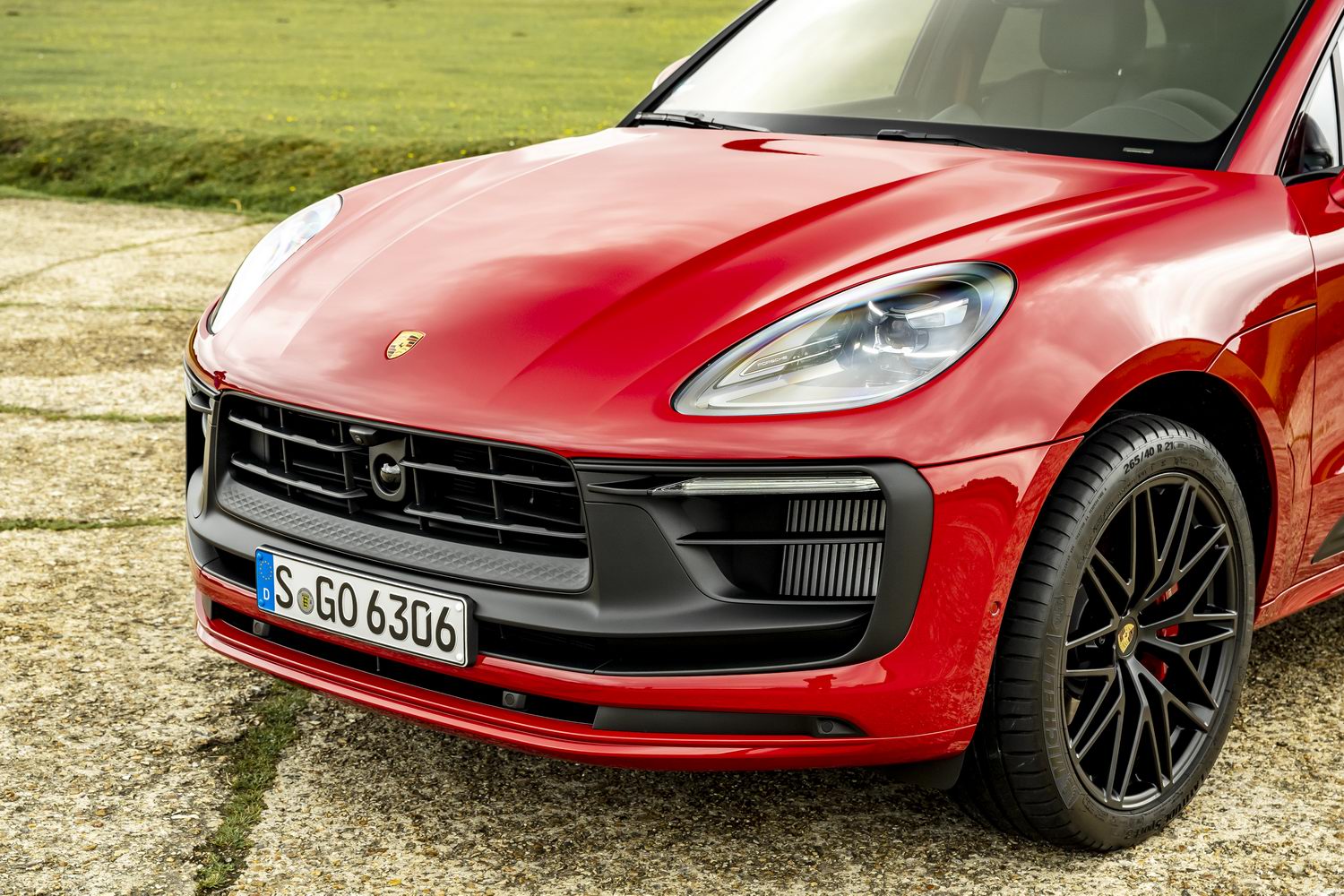 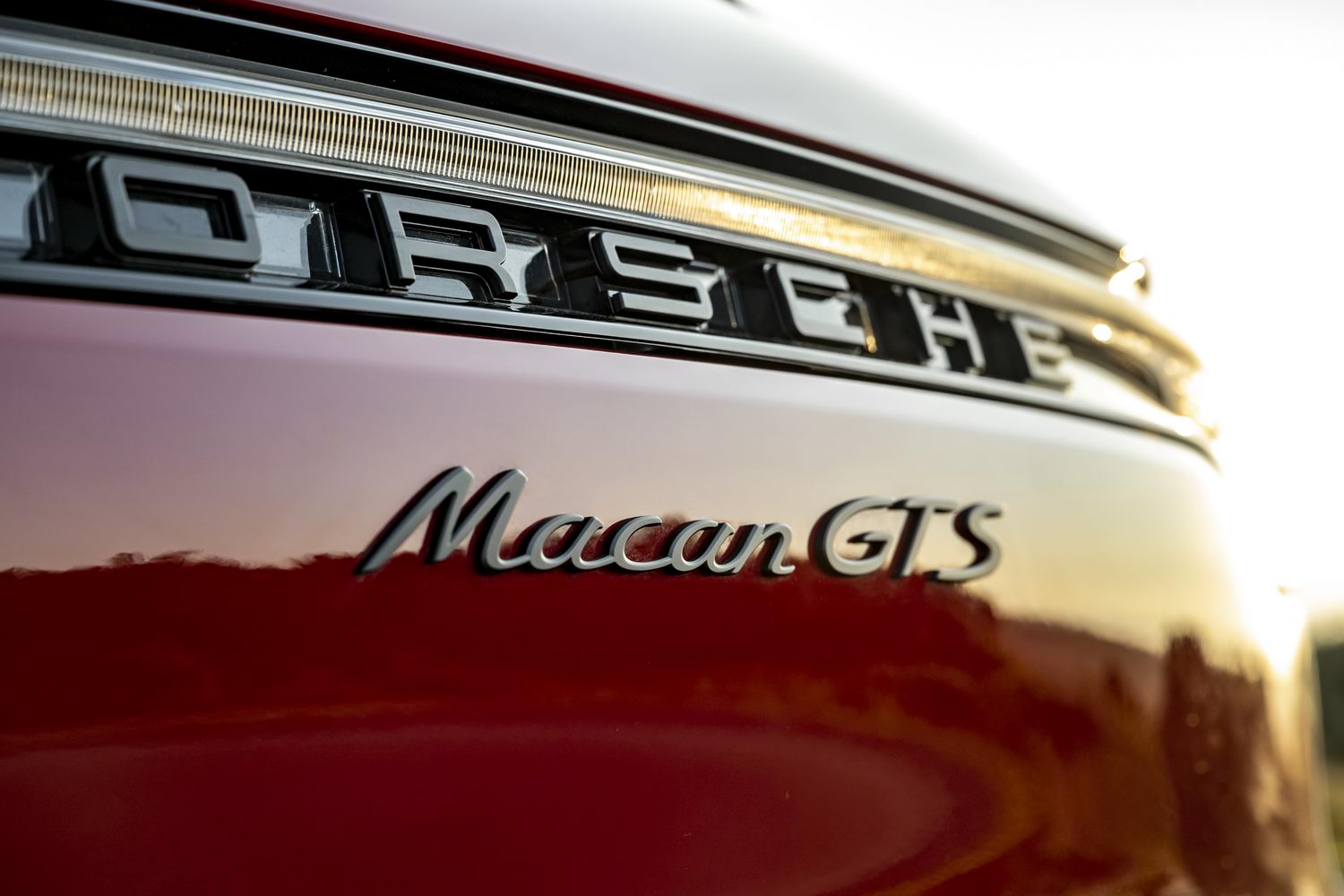 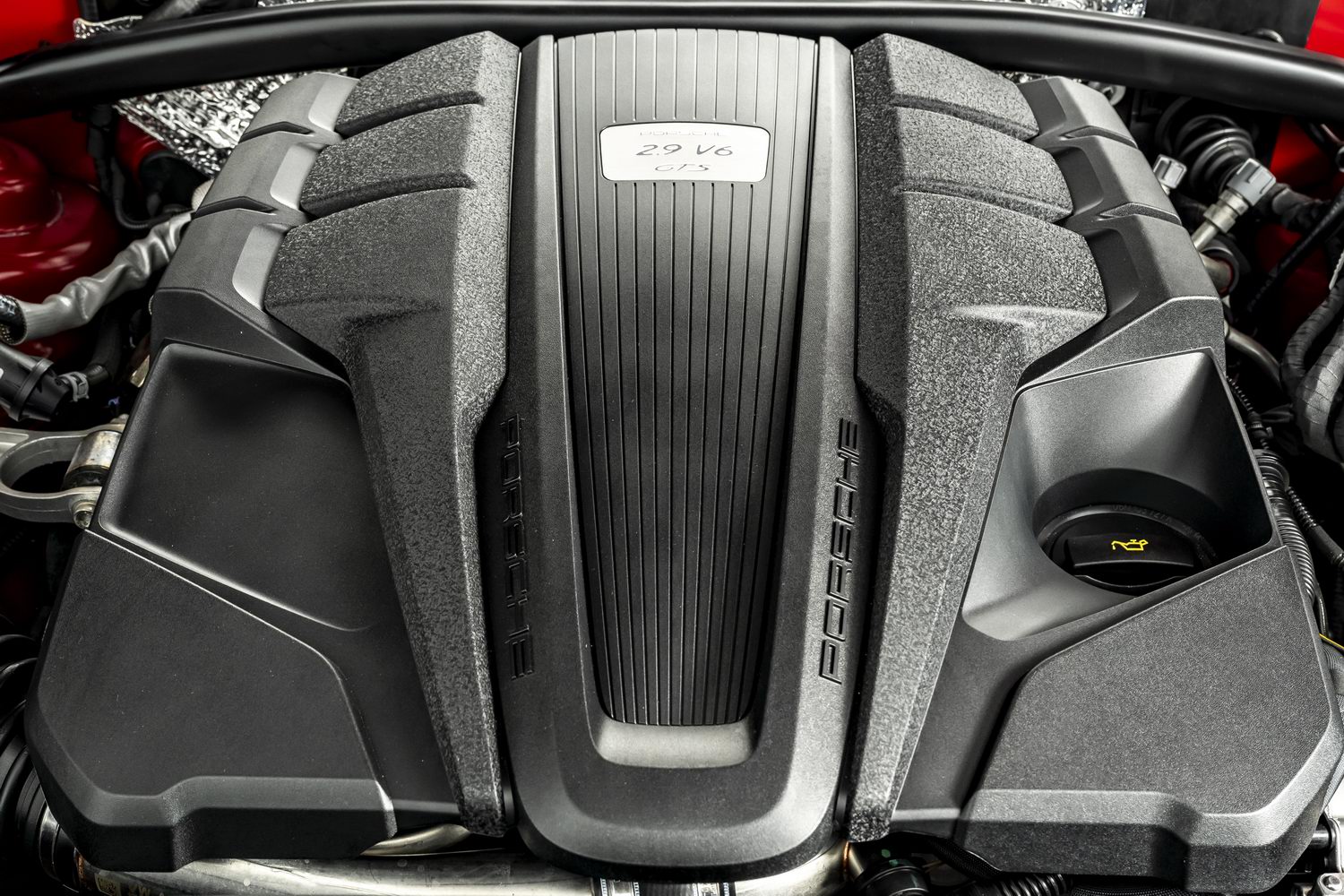 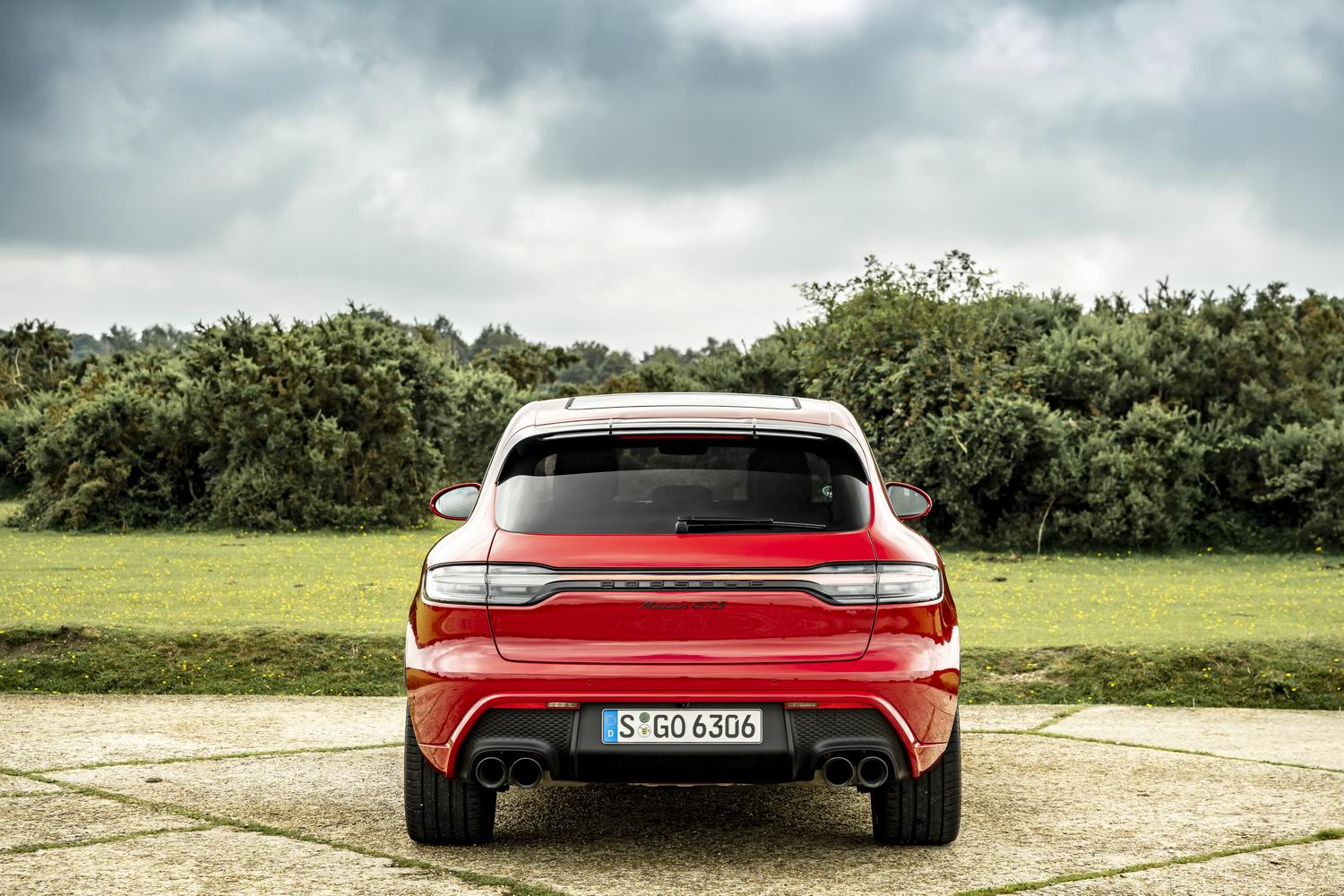 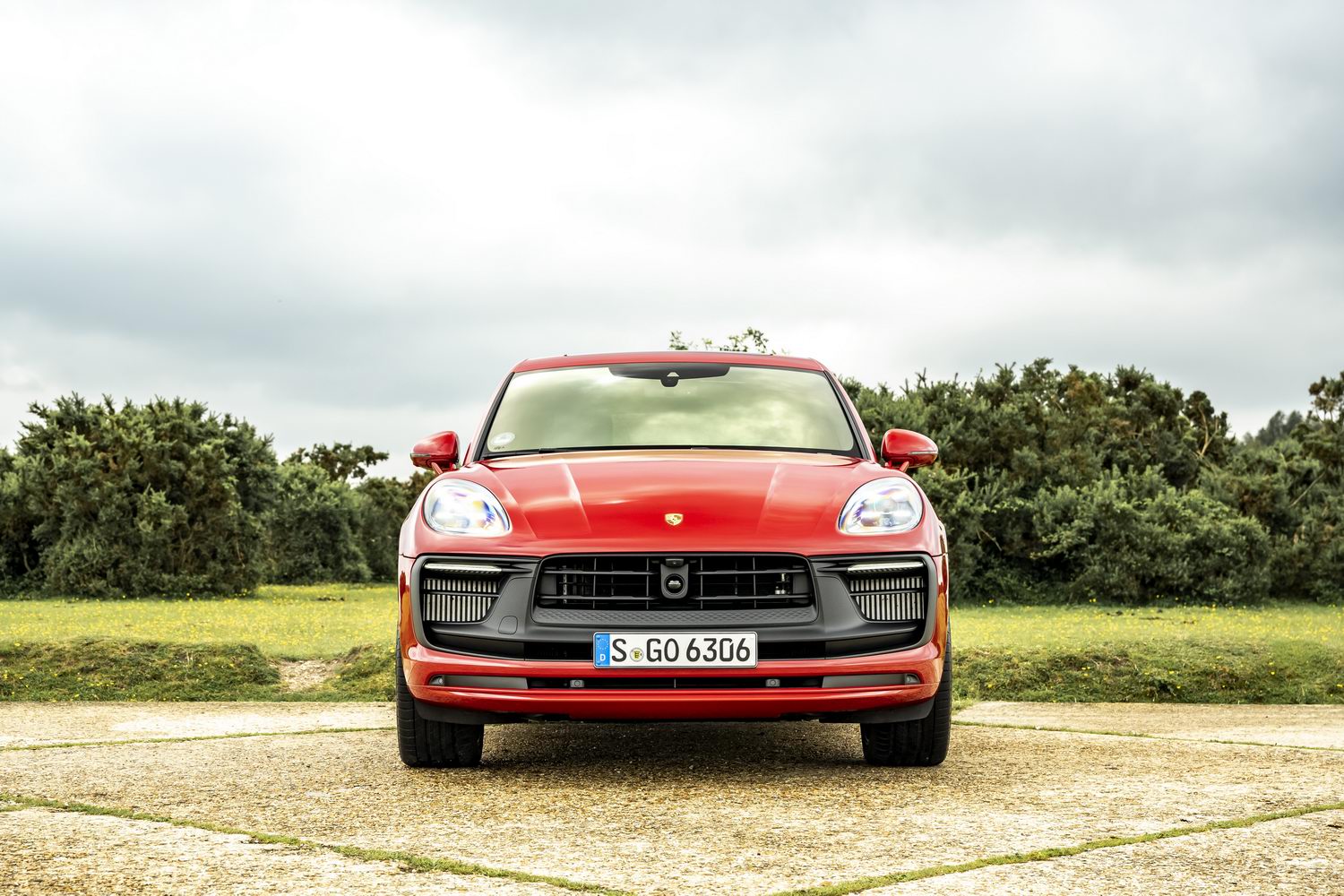 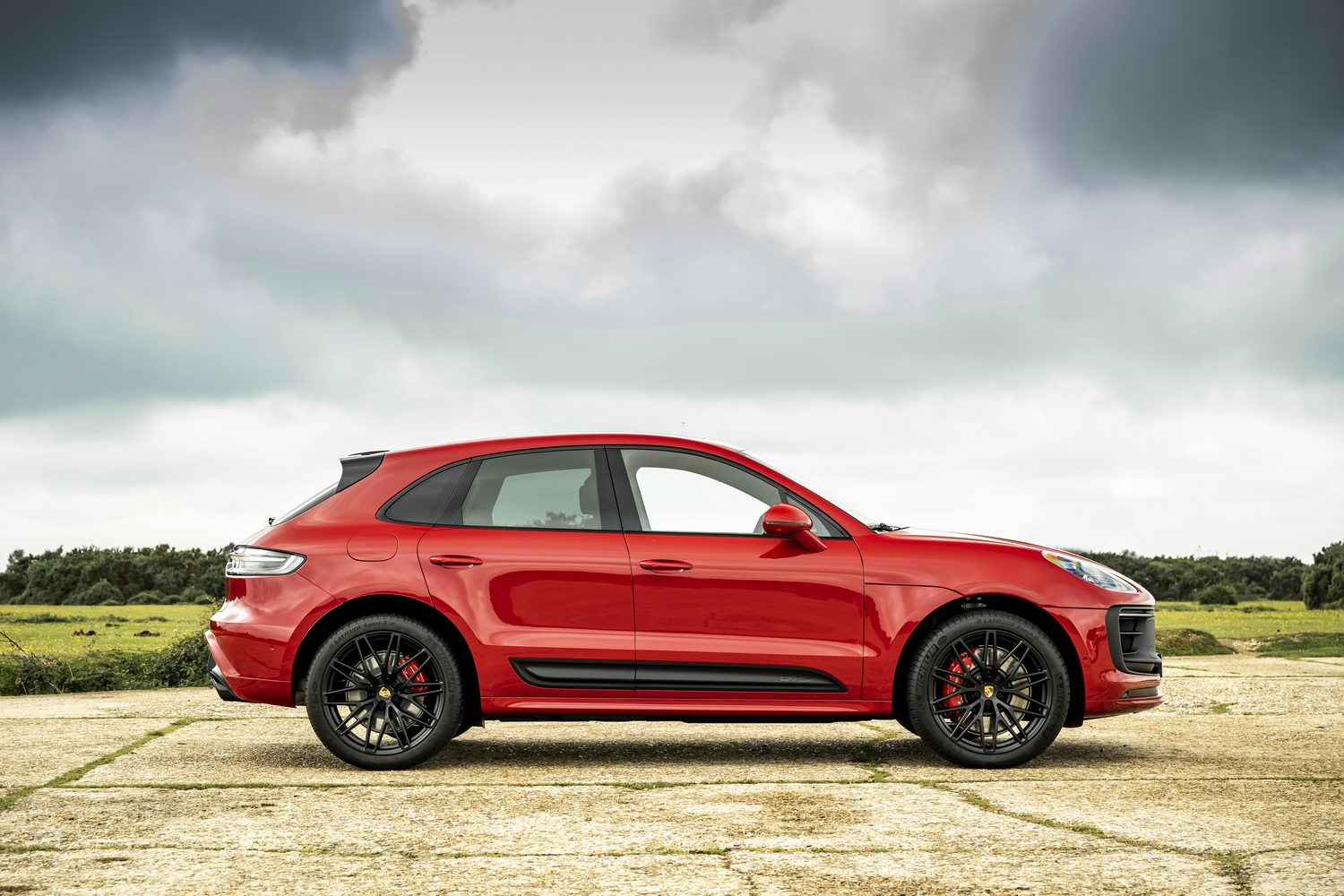 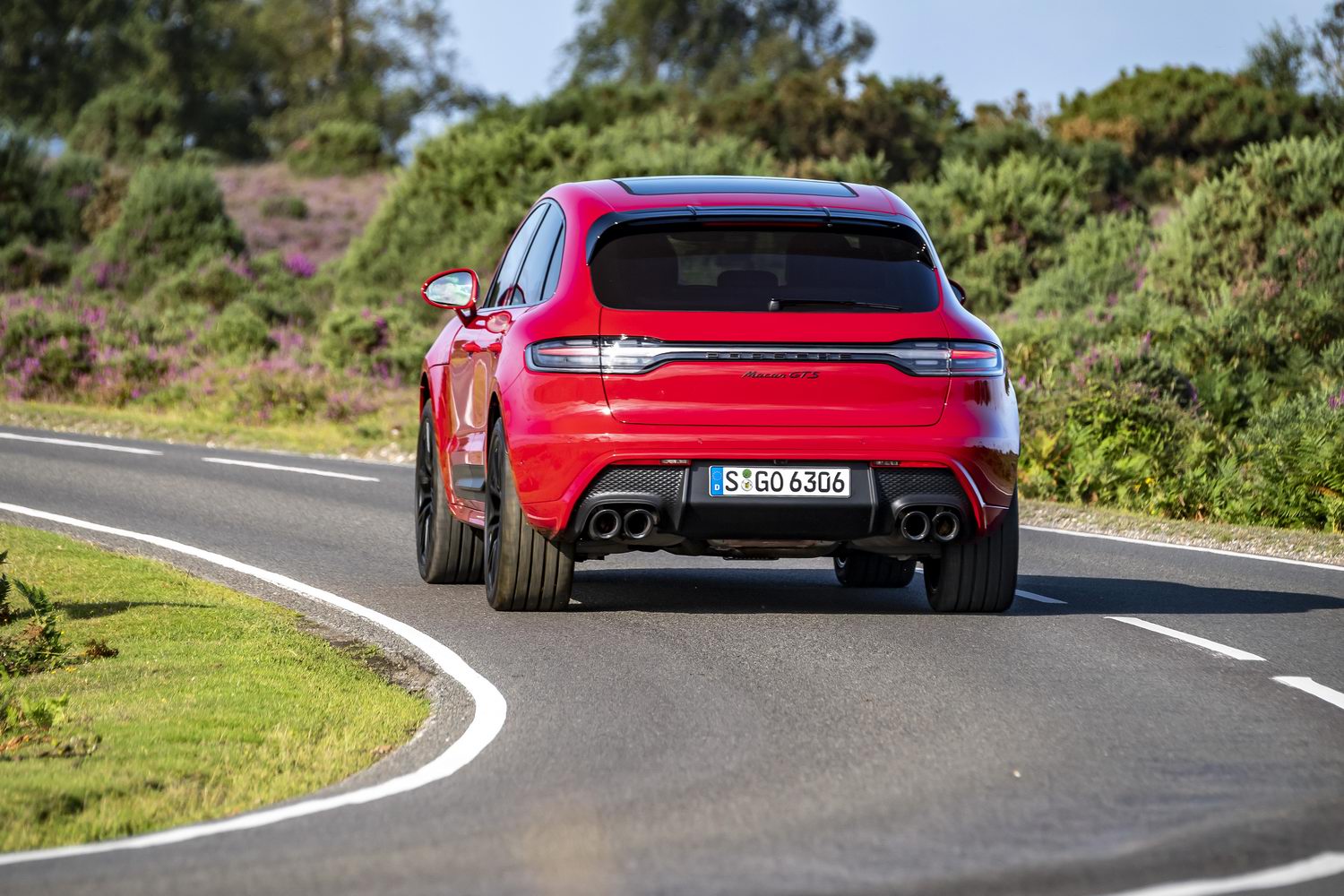 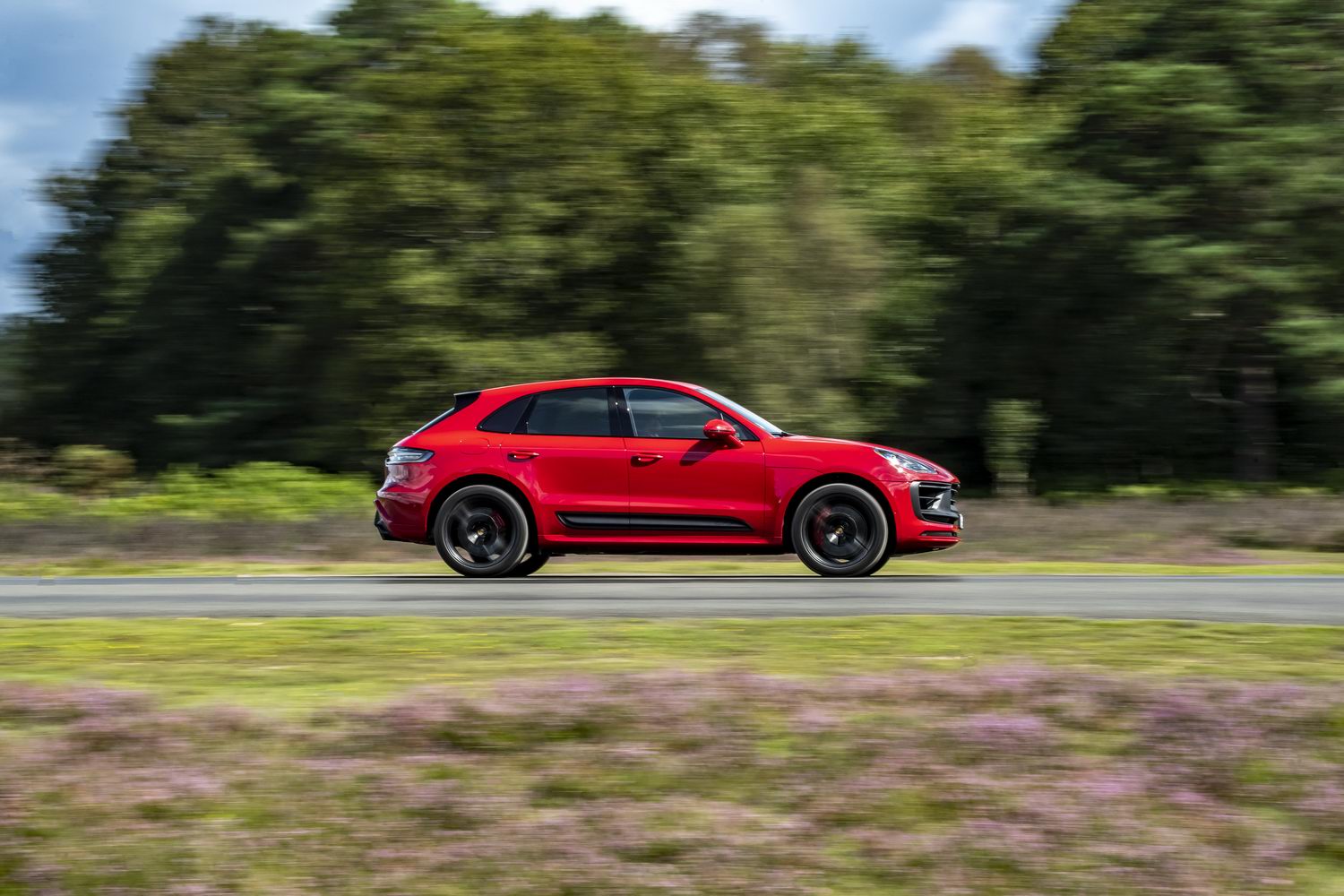 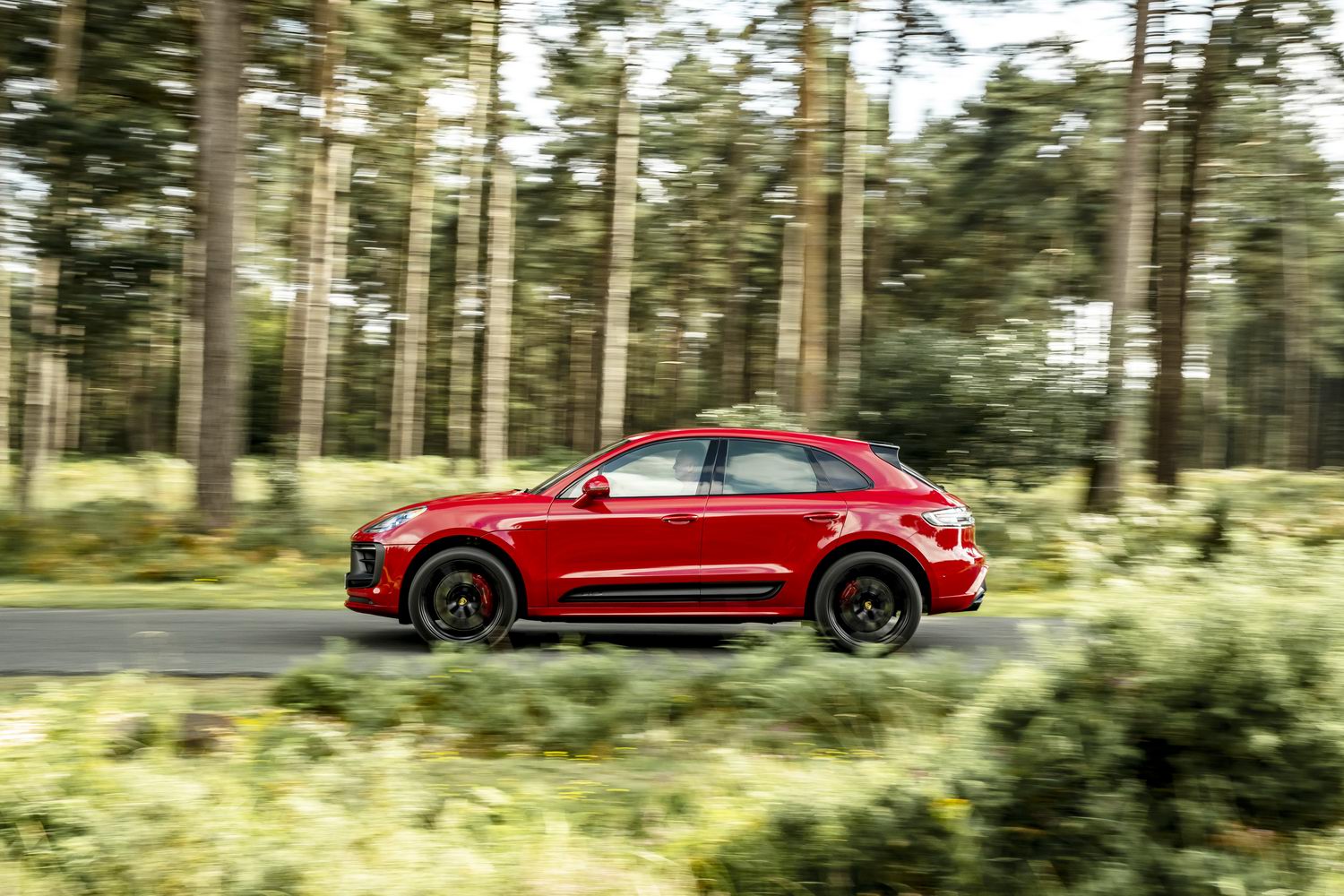 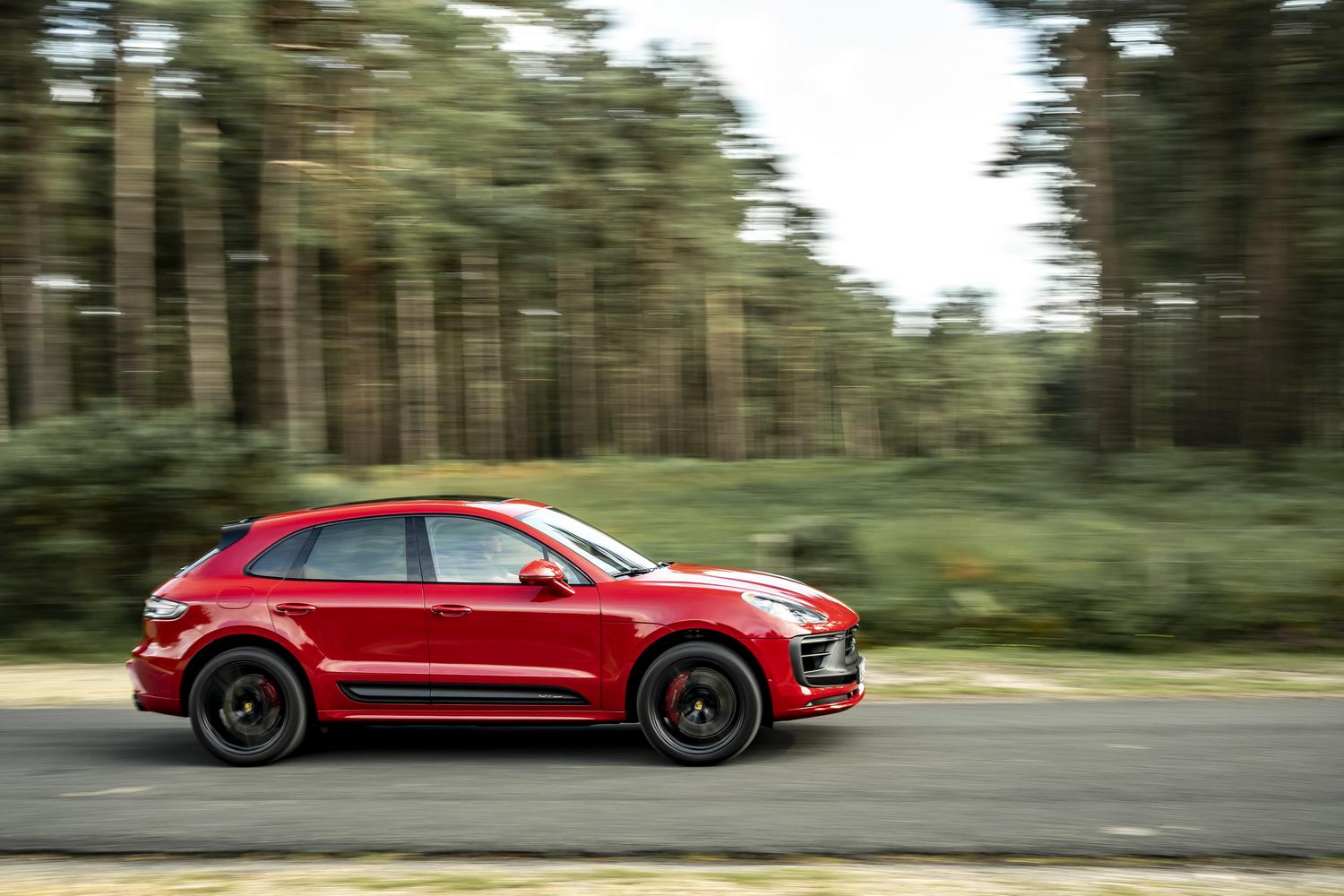 While waiting for the electric Macan, we've tried out the facelifted Porsche Macan GTS.

Porsche initially announced that the new Macan would be an all-electric affair, launching in 2023. Then it realised that not everyone across the world is ready to go all-electric and so it quickly put together an update to the existing Macan and launched it as the new-but-not-new Macan. The internal combustion engined Macan is likely to be with us for a few more years, so here's what we think of the latest Macan GTS.

What's changed then? Well, the front bumper has been redesigned and there's a more pronounced black plastic insert running the width of the front with more ducts to cool the engine. There are new LED headlights and really, that's about it on the outside.

There's more inside though with a new centre console that has smooth and shiny haptic buttons that are surprisingly easy to use once you know where everything is. There's an updated gear lever and in the case of the GTS, red plastic trim pieces. If you think I'm going to only just give those a brief mention you'd be wrong because I really want to get on a plane, go to the Porsche design studio and very loudly ask someone in design what on earth has gone wrong. They are bright red, absolutely hideous and honestly look like they were made in the 1980s and have been bought from a cheap retro shop on eBay. But there is good news because they are a Porsche Exclusive Manufaktur option fitted to the car we drove, meaning you can have your GTS without them, phew.

The rest of the interior is nice though, with sporty, but comfortable seats, a lovely Alcantara-clad steering wheel, great space in the back and a decent-sized boot. It has the latest Porsche Communication Management 2.0 infotainment system as well, which works really well too. It's all very much what we expect of the Macan.

The Macan might be an SUV, but it's a Porsche so it's how it drives that really counts, especially as this is the GTS version. This is now the top of the range, as the Turbo has gone. Someone in the GTS department eagerly grabbed the Turbo's 2.9-litre V6 though and stuck it under the bonnet, meaning it now has 440hp available between 5,700- and 6,600rpm and 550Nm of torque between 1,900- and 5,600rpm.

There's a choice of Normal, Sport, Sport Plus and Individual modes, all accessed through the dial on the steering wheel if you take the optional Sport Chrono Package.

Leave everything alone and the engine responds well and, if you stay away from the active exhaust button, then there's an intriguing whistling noise around 5,300rpm, presumably from the turbocharger. Hit the exhaust button or switch to another mode and it goes away. It also goes away if you switch to Sport, where the suspension firms up slightly, the active exhaust growls more and the engine responds much more eagerly.

It's a very nimble thing the Macan, able to gather up speed quickly and then keep it on through the corners. The GTS now also has adaptive air suspension as standard, giving you the option to adjust the ride height and firmness. Leave it in its standard setting and it's all remarkably comfortable, even with an element of firmness coming through from the 295/35 R21 low-profile Michelin tyres that are wrapped around the RS Spyder Design wheels.

The GTS does tend to skip on bumpy surfaces though, especially in one of the Sport modes, which means that if you want to hustle along then things can feel a little uncomfortable and disconnected at times. Also, the steering is typically precise, but seems to lack the kind of feel you expect in a Porsche.

Nonetheless, the driving position is excellent with plenty of adjustment, the controls all easy to use and visibility is good. Apart from a few things, it's all good then, the Macan capable of cruising comfortably but then delivering on the dynamic character that has always made it an impressive package.

The Macan range now starts at €87,050 with the GTS from €117,977. That's impressive considering you get the engine from the Turbo but without the price tag the Turbo had. You also get all those sporty GTS bits inside and out, but bear in mind that you'll be adding thousands in extras, especially for things like the Sport Chrono Package, Alcantara-clad GT Sports steering wheel and even Apple CarPlay. Oh, and if you really want those aftermarket-looking air vents, they'll cost you extra too.

There's a feeling that someone in a boardroom pointed out that not everyone would want an electric Macan yet and so a plan was hurriedly made to keep the current one going. The GTS isn't bad, in fact it's rather good, but it just feels as though it hasn't received the love and attention that Porsche usually bestows on a new model. Maybe we're being a bit harsh though, because the Macan is still a real sports utility vehicle and with the engine from the Turbo now sitting under that clamshell bonnet, it's sportier than ever. 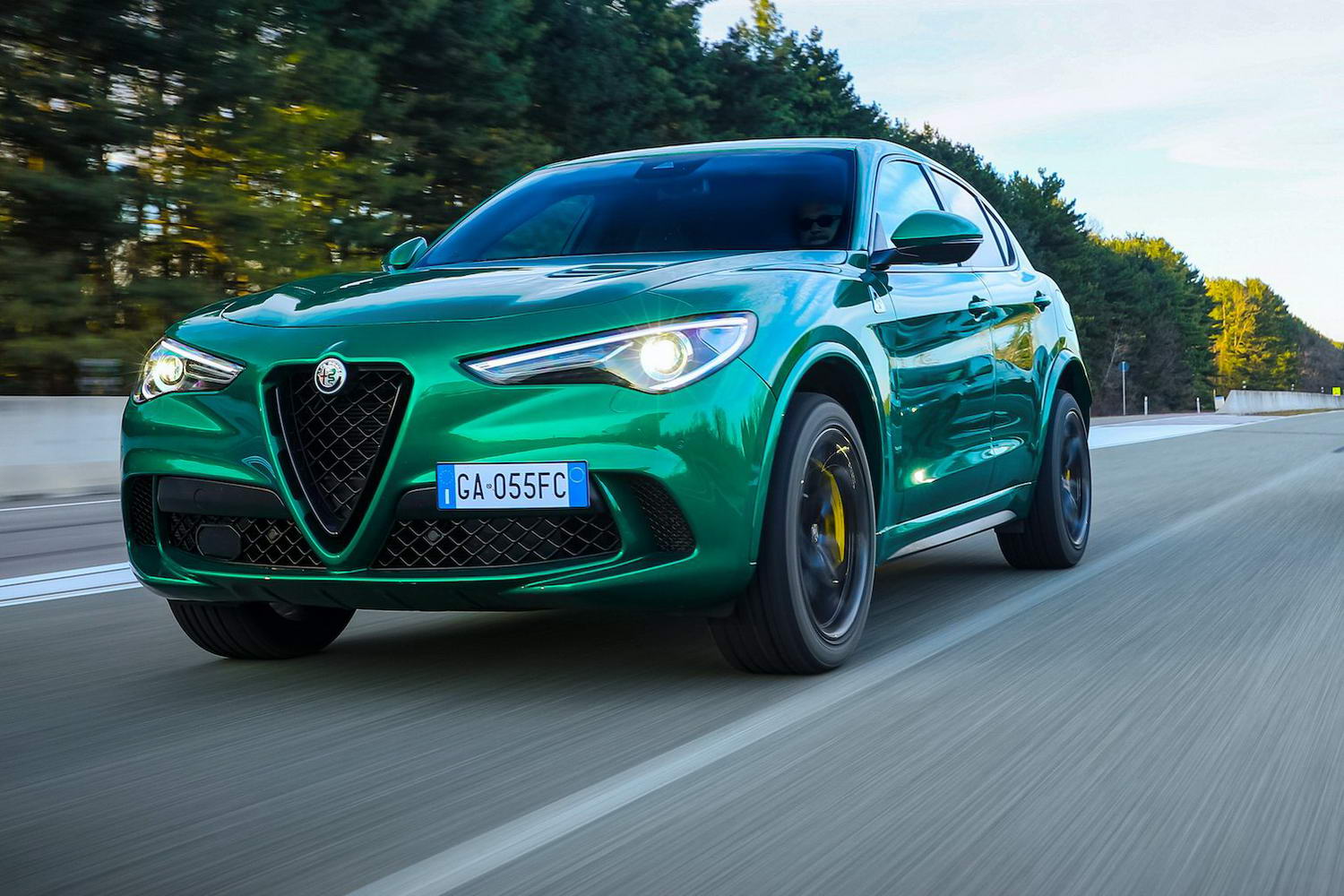 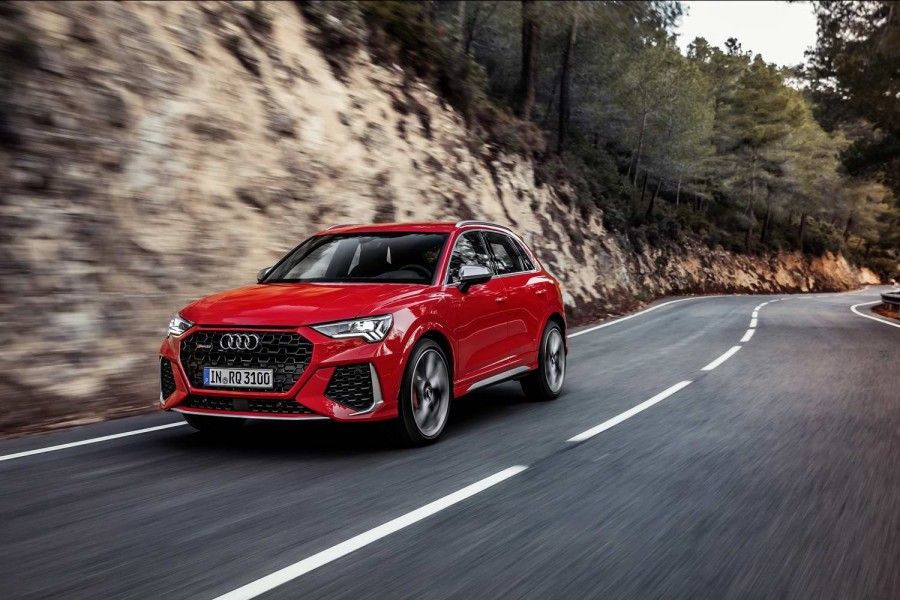 Audi RS Q3 (2020) review
Audi RS Q3 vs. Porsche Macan GTS (2021): Audi's RS Q3 is a punchy thing with a fantastic five-cylinder engine and 400hp that can put a smile on your face any day, provided you've dropped the kids at school first.

BMW X4 M (2020) review
BMW X4 M vs. Porsche Macan GTS (2021): the existence of the X4 M is a matter for debate, but there's no denying it's dynamically superb for an SUV with a great engine - it certainly always attracts attention.