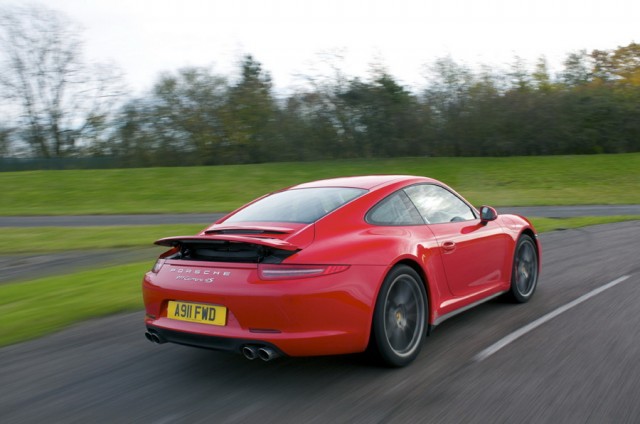 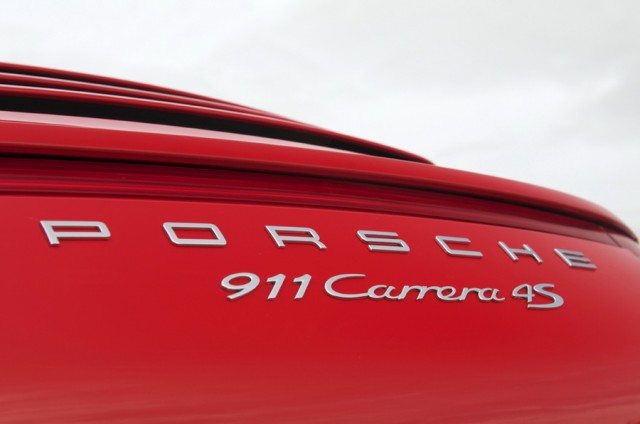 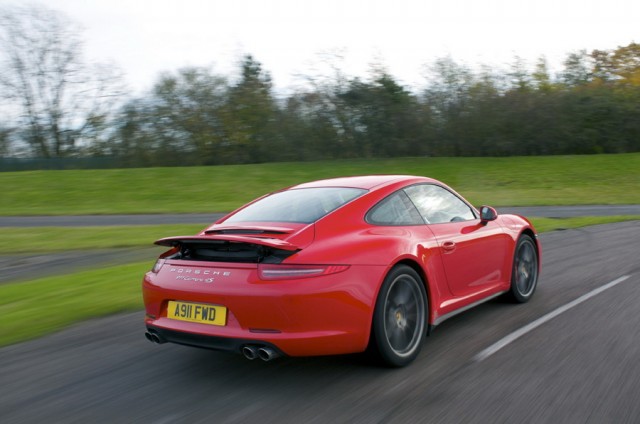 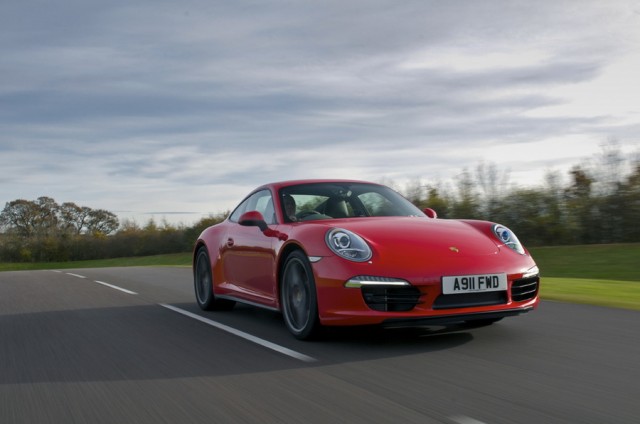 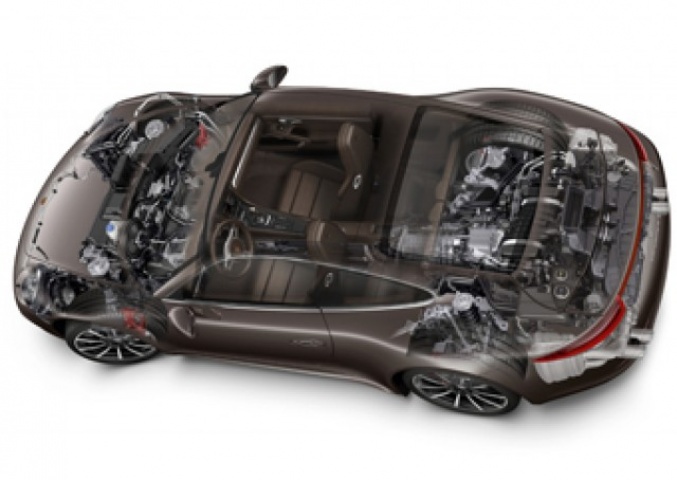 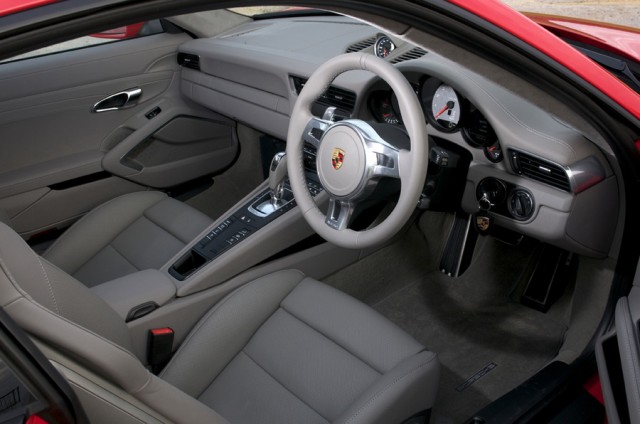 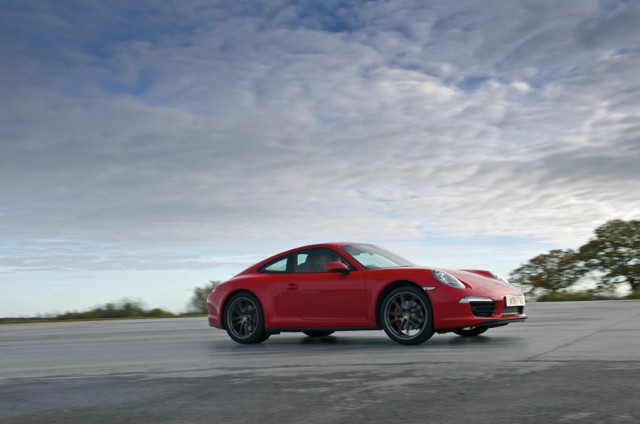 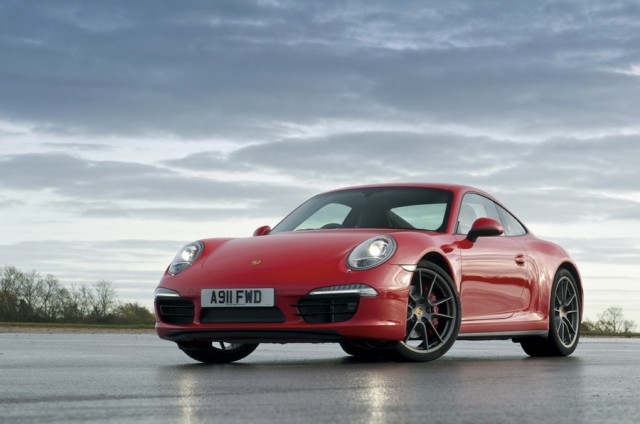 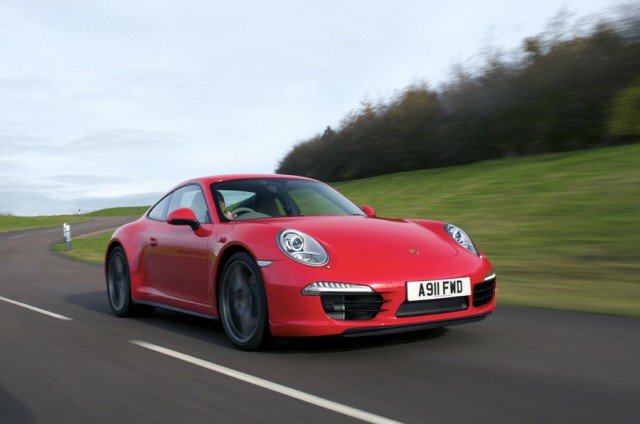 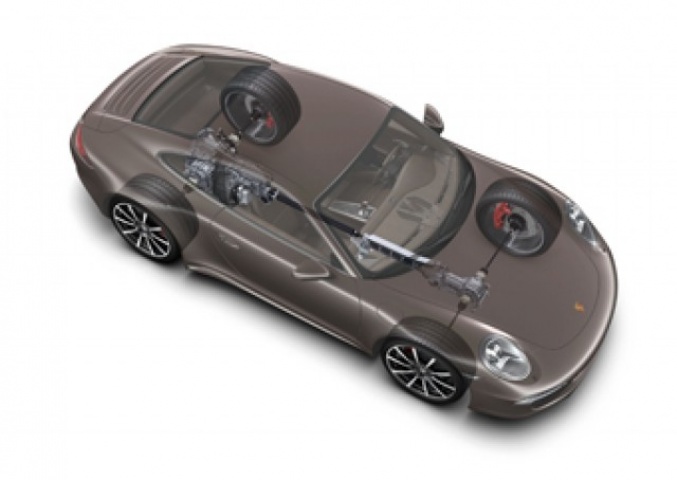 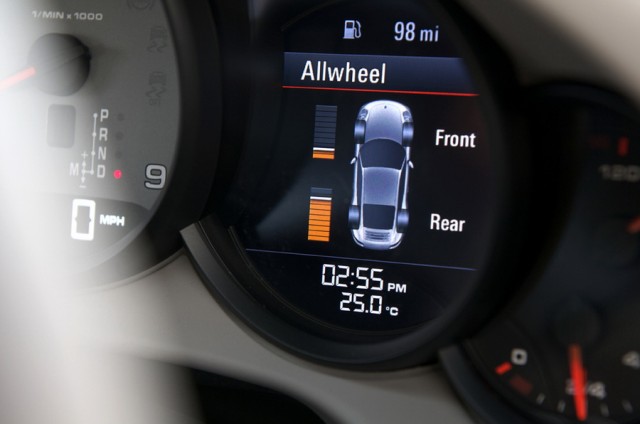 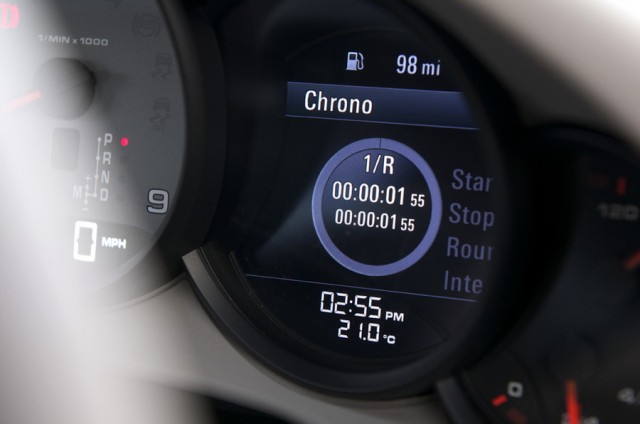 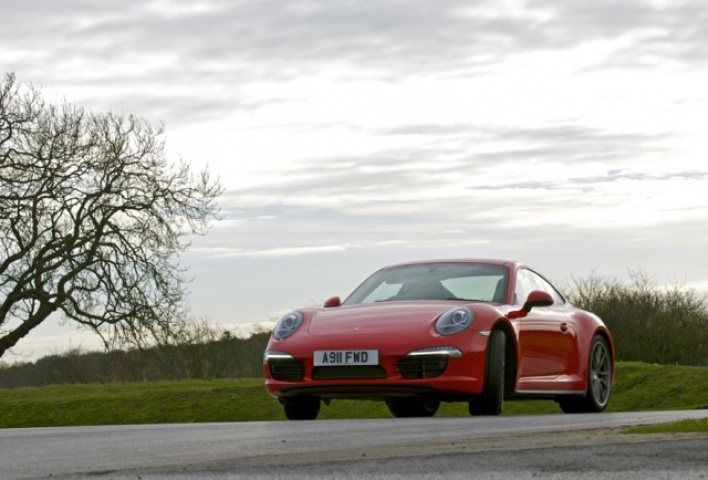 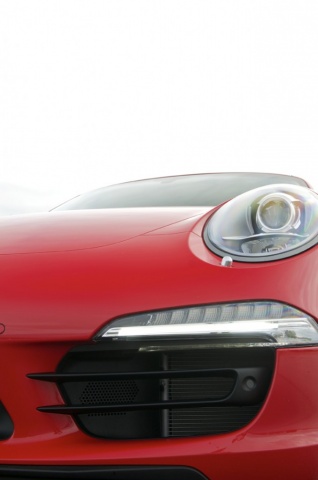 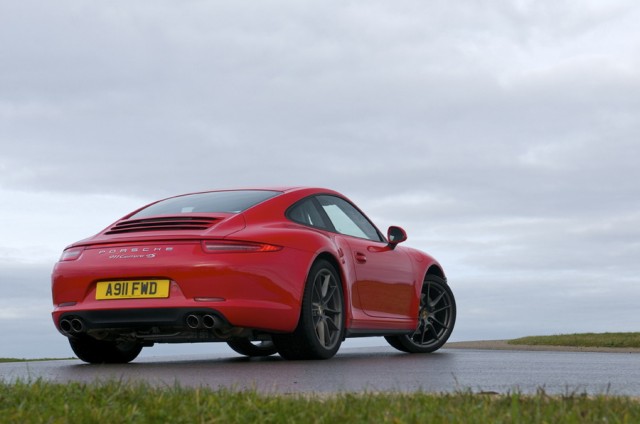 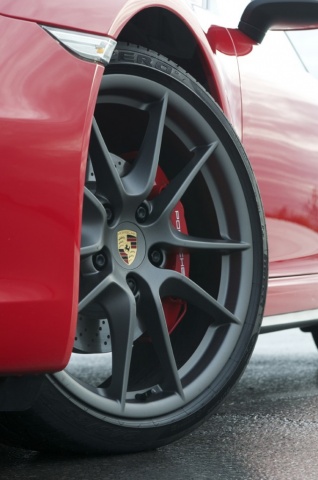 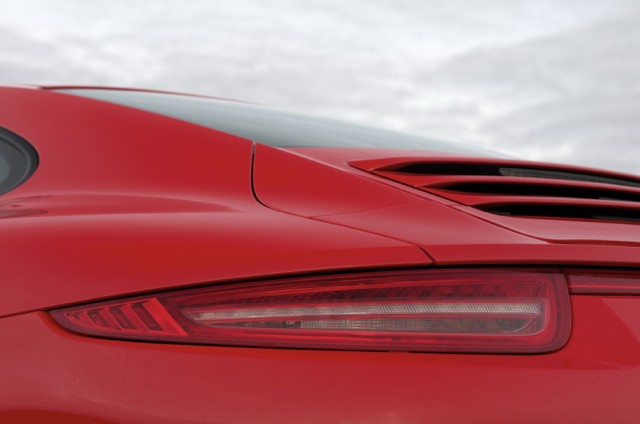 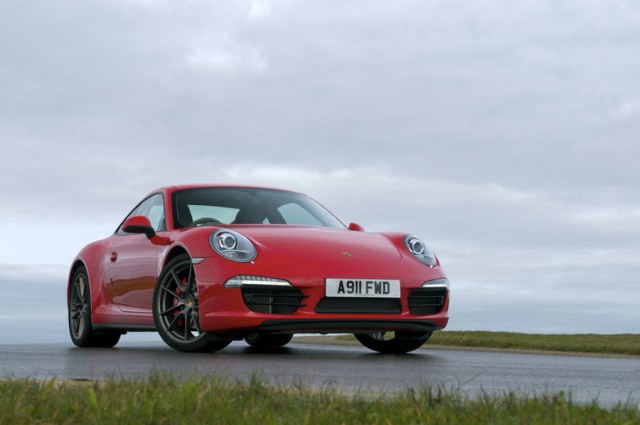 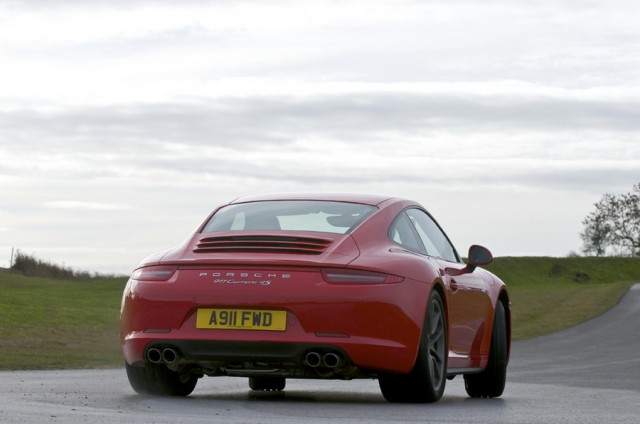 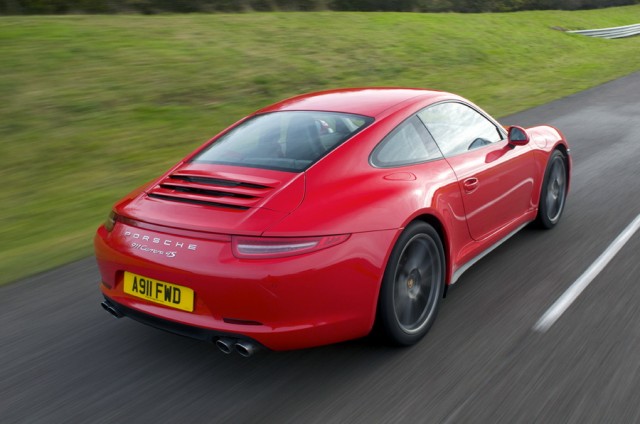 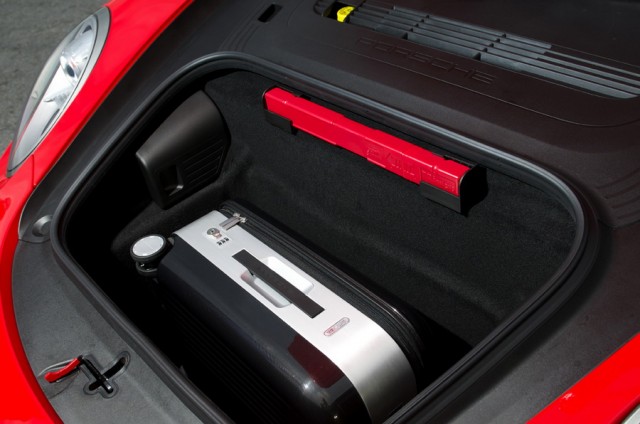 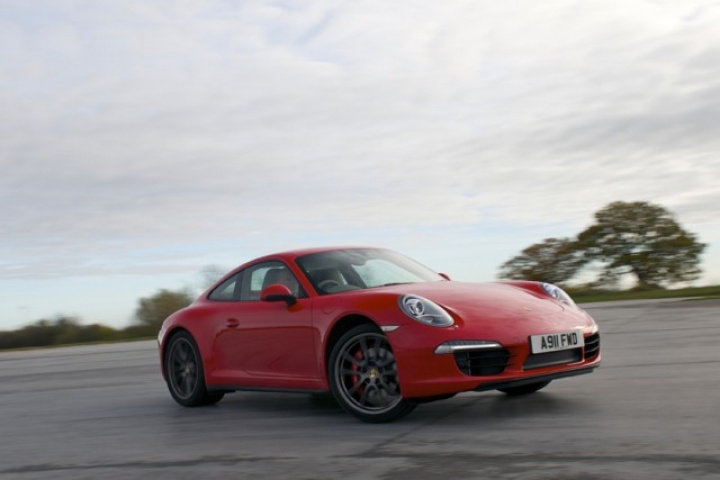 Good: engine, chassis, steering and noise are all sublime.

Not so good: some fiddly controls, broad hips in tight spaces.

When a car has half a century of continuous, careful evolution behind it, you can bet it's going to start a few arguments. The Porsche 911 is just such a car, and even the merest dip into any 911-based internet forum will quickly uncover a rich seam of disagreement and rancour. With fifty years and uncountable versions and editions, there are so many fractious 911 camps espousing their views on relative perfection that it's rather like stumbling in to a meeting of Monty Python's People's Front of Judea. For while the Romans may have done nothing for us (aside from sanitation, transportation, security, wine, public buildings etc.) the Stuttgarters have kicked off the mother of all pernickety arguments over what constitutes the best 911. GT3? RS? Turbo? RSR? The permutations are as bewildering as the arguments, but one of them does appear to be pretty clear cut; that the true 911 'purists' regard four-wheel drive as an abomination and that rear-drive is all you need.

Four-wheel drive models came about, they claim, because back in the eighties 911s had famously wayward handling and were liable to spit you backwards off even a mildly greasy road if you really, really weren't paying attention. Keen to tap into the uncaring, ham-fisted driver markets, Porsche attempted to tame the 911 by adding some extra driveshafts, and the Carrera 4 was born. And the arguments began.

Certainly, from the introduction of the 'tamed' 996-edition 911, whose suspension and electronic controls had evolved to the point where even a rear-driven 911 could be considered somehow safe and predictable, that argument seemed to have some basis in fact. Why add complication and weight, the traditional enemies of driving enjoyment? Keep your 911 simple, went out the message from the purists.

Right, this is going to get me in trouble. The purists are wrong. Dead wrong. Colossally, totally, incontrovertibly wrong. The all-wheel drive 911 is the one to have, without question.

How do I know? Because I have just stepped out of a Carrera 4S Powerkit model of the 911, and I can tell you that it is simply glorious. Much criticism was heaped upon the new 991-era 911 when it was launched, as Porsche purists (them again) derided it for being too aloof, too refined and too distant from what's happening at the bottom of its tyres.

Cobblers. Yes, it's true that when the current 911 was launched, its new electrically-boosted power steering did indeed feel rather too artificial and distant. Well, either Porsche has been hard at work on its algorithms, or adding the weight and complication of all-wheel drive has done wonders for it. It's probably a combination of both, but to whichever extent one or the other is true, the C4S's steering is a thing of wonder. The weighting is near perfect, the feedback simply gorgeous. It doesn't writhe in your hands in the manner of an old 911, nor does the nose bob over undulations in the road, but that doesn't seem to matter - the fact is that aside from a tendency to wander slightly in a motorway lane, the 911 reacts with utter clarity and, yes, purity to steering inputs.

It also feels magnificently sure-footed. True, the standard Carrera or Carrera S models do that too, but the C4S's extra hard-and-software adds an extra dimension to its performance. Accelerate hard out of a tight junction and you will feel the back at first squat down, delivering traction in that typical 911 fashion, and then begin to edge wide as the application of such grunt overcomes the tyres' purchase. It might get a bit hairy here, you begin to think, but then you feel a tiny tug from the wheel as torque is distributed forwards and with a delightful wiggle from its broad hips, the C4S finds traction and catapults you up the road in an orgy of noise and velocity.

For all the chassis' cleverness though, it's the engine that dominates. When first I drove the current Carrera S model, with its 400hp 3.8-litre flat-six engine, I proclaimed it to be a weapon. Well if the S is a weapon when the C4S Powerkit is a guided missile, with wheels. The Powerkit, an option that costs almost €12,000 before VRT is added, brings an extra 30hp to the party, lifting the naturally aspirated Carrera S into the same realms as the outgoing Turbo version. It's not just a chip in the engine management either; the Powerkit means you get modified cylinder heads, new camshafts, active engine mounts (which reduce vibration and weight transfer), an extra radiator and a sports exhaust. Top speed is well over 300km/h and the 0-100km/h time drops to an even 4.0 seconds - proper supercar performance.

Proper supercar noise too. Porsche flat-sixes are always tuneful but the sports exhaust comes with a little button in the cockpit that allows you to permanently open up the valves in the system for more noise. The opposite of the silencer on a pistol, now the engine raises its game from the tuneful to the positively philharmonic and the bwaaaarrrppp that hits you in the back of the head from about 3,000rpm onwards is devastatingly addictive, if a touch anti-social. Not anti-social at all is the fuel economy, which astonishingly managed to match Porsche's quoted 29mpg figure in spite of some, ahem, brisk driving at times.

Complaints? Few in number if needless in appearance at this price level. The air conditioning controls are fiddly, and often hidden behind the PDK twin-clutch gearbox (as excellent as ever it was) selector. The boot at the front is quite small and the 911 must give practicality awards away to its smaller cousins, the Boxster and Cayman, let alone the Panamera or Cayenne SUV. The optional Chrono Sport built-in stopwatch proved unfathomable when I just wanted it to tell me what time it was and the flared arches of the 4S body can make the usually wieldy 911 feel uncomfortably wide in some situations. Oh, and blank switches in the cabin when you're shelling out close to €200,000 is just not on, is it?

Of the myriad options fitted to the test car, I'd say the exhaust 'loudener' (if not actually a word then it deserves to be), the sports three-spoke steering wheel and the seventies-referencing ducktail rear spoiler (not on the car in the pictures, sadly) are musts; the rest is simply down to the elasticity of your cheque book.

Don't worry if the purists hurl catcalls of 'splitter!' at you. Trust me; you made the right choice when you ticked the 4S box.

Audi R8 4.2 V8: the only car of comparable performance that can match the 911's day-to-day usability.

Aston Martin V8 Vantage: glorious too look at and wonderful to drive, but rather fragile feeling compared to the Porsche.