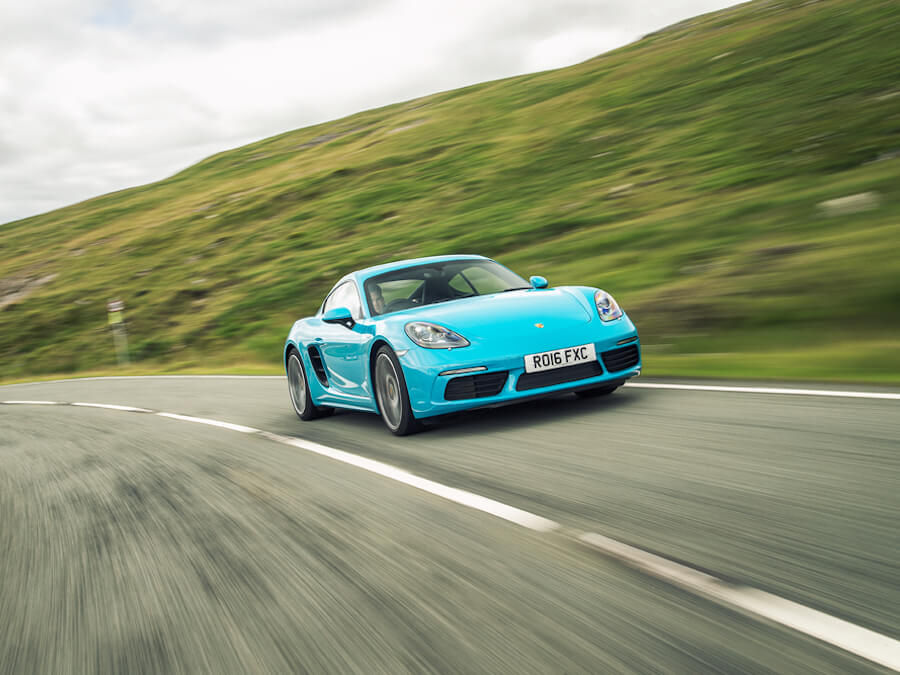 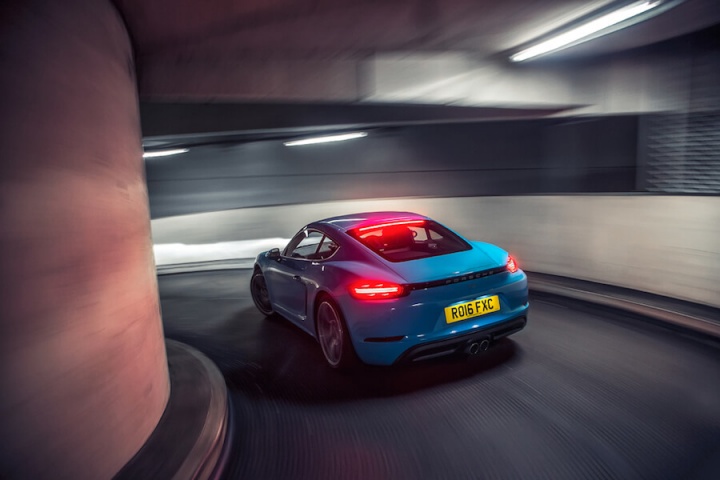 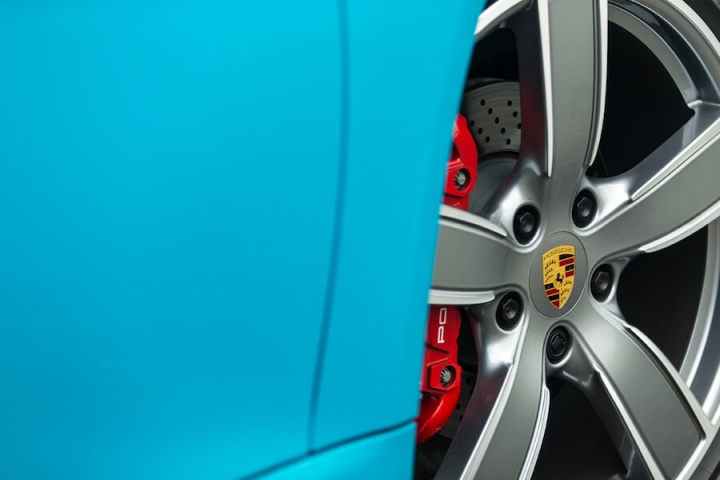 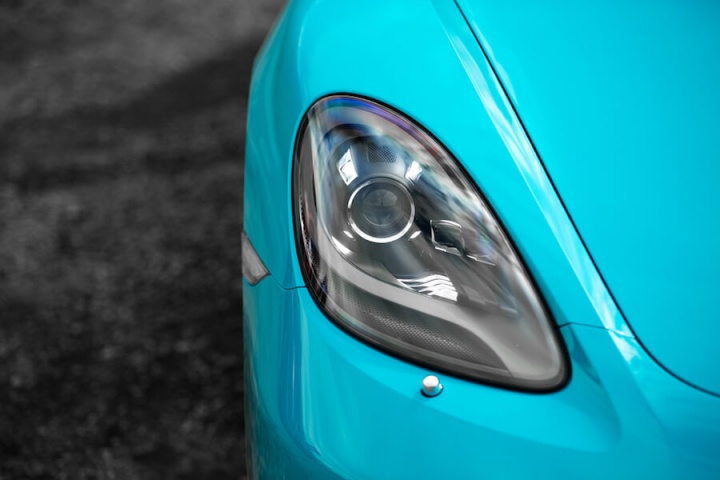 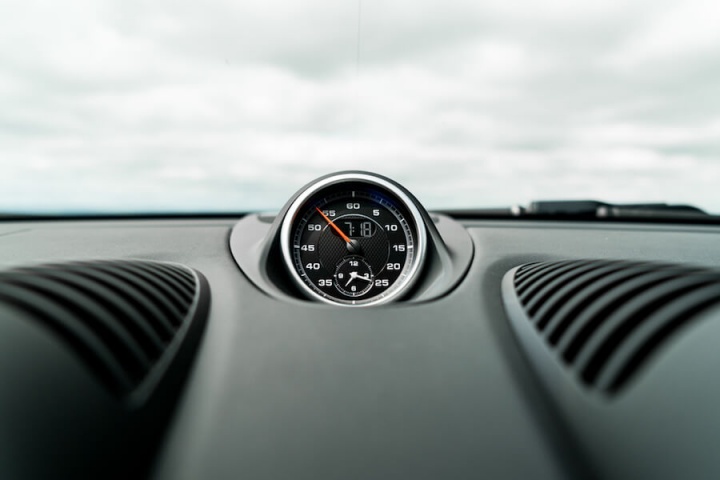 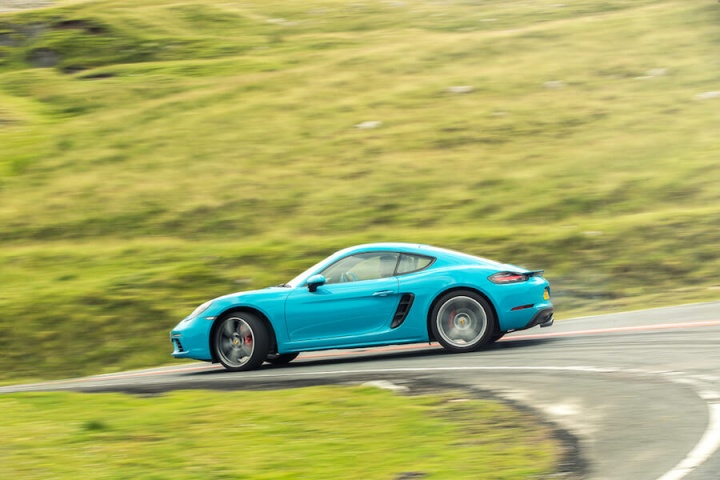 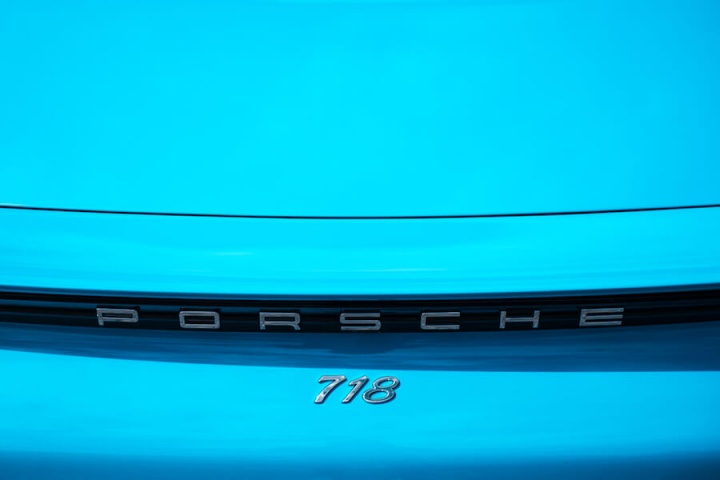 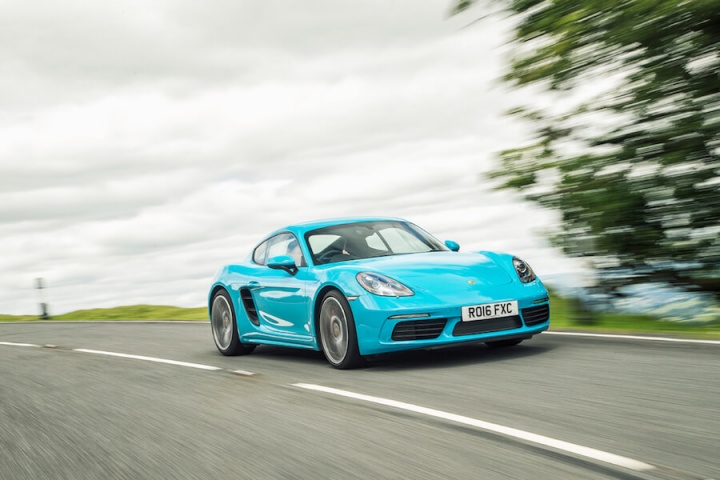 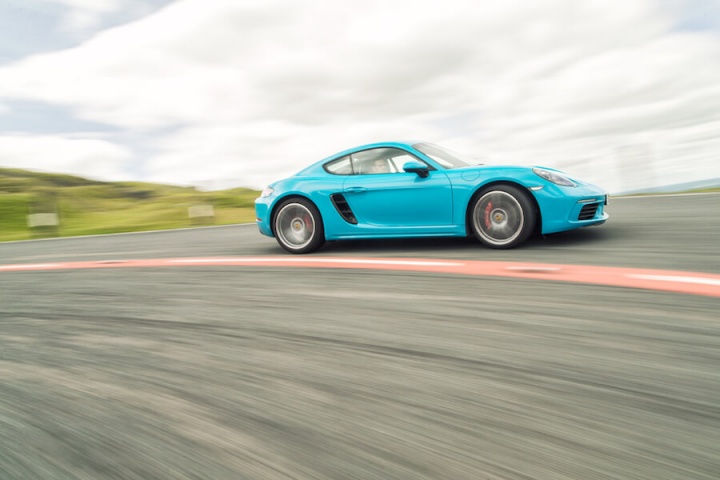 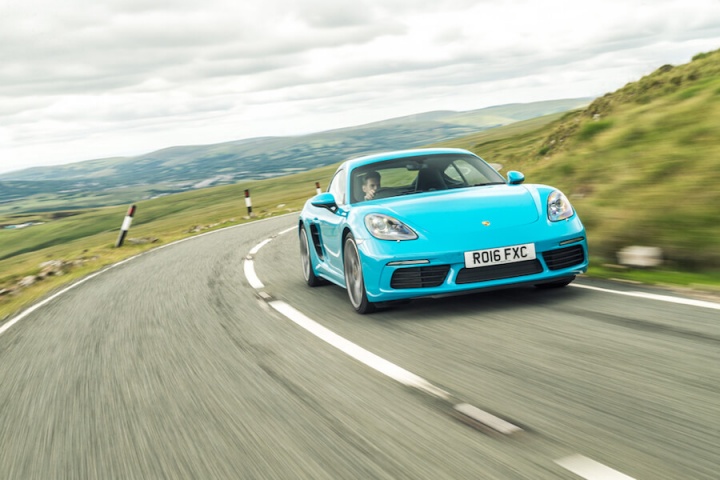 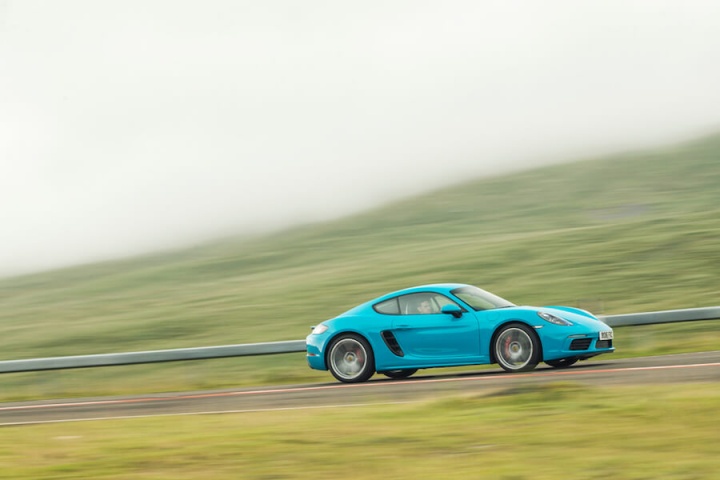 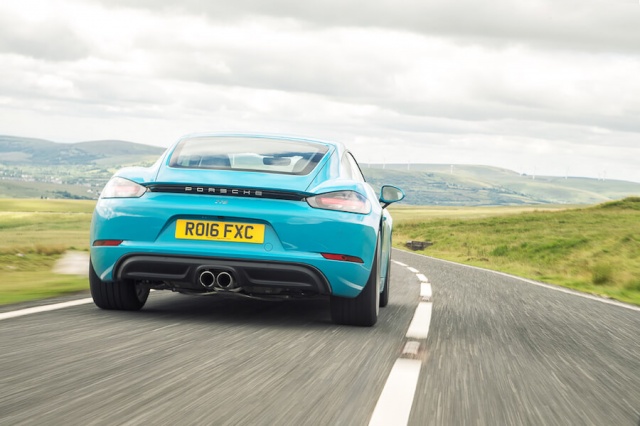 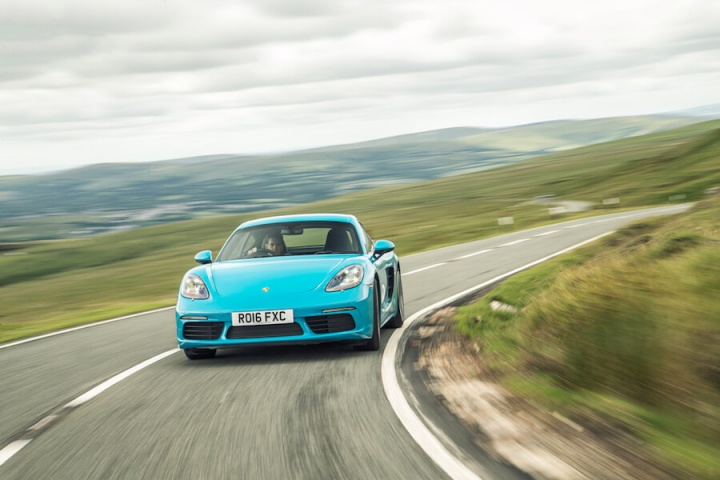 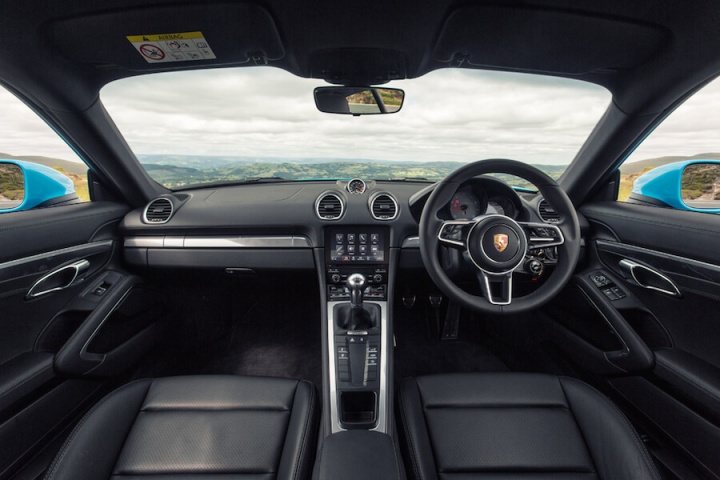 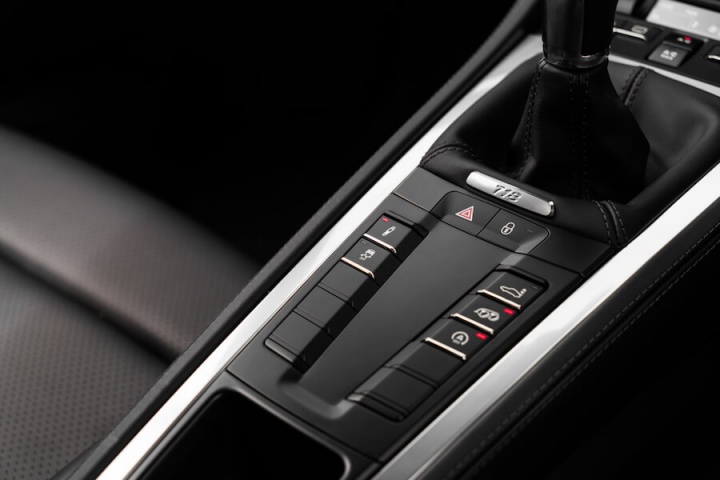 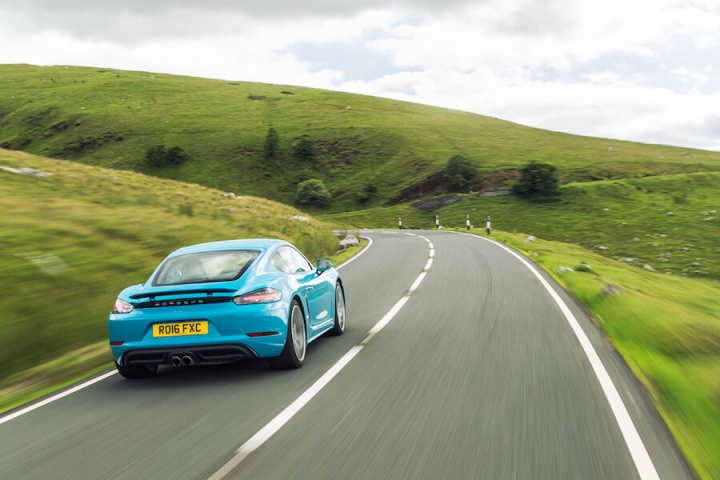 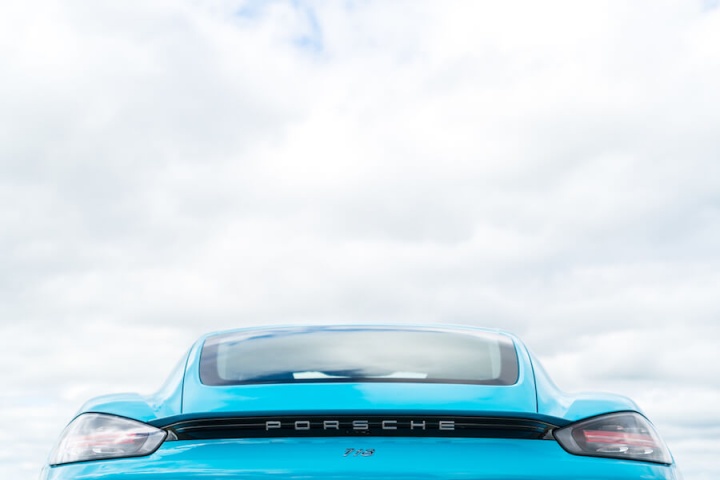 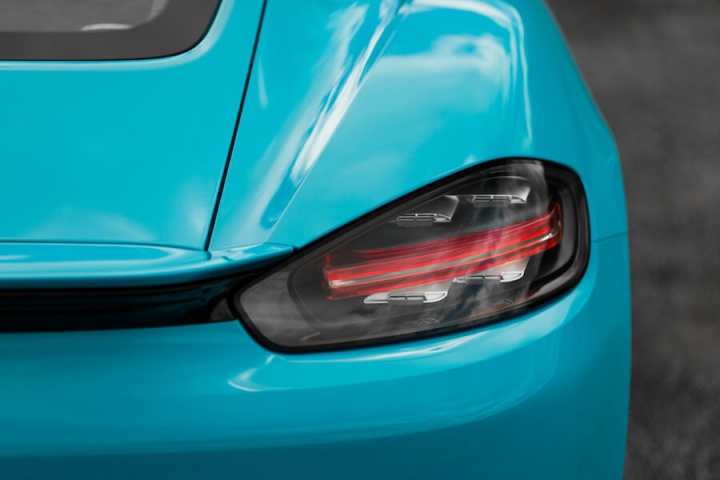 Repositioned Porsche 718 Cayman S remains the benchmark, though is overshadowed by its predecessor.

Faster, more capable, more efficient (officially) and sharper looking than ever, the new Porsche 718 Cayman S is appreciably better by the numbers than its predecessor. On the road it is a hugely impressive sports car, too, which still defines the class, but it's not the car it once was from the purist's perspective.

Proportionally the Porsche Cayman just might be one of the prettiest sports cars ever produced, and the changes the 718 revisions bring to it only build on that. They are most obvious around the rear, the raised lip creating a shelf where large Porsche lettering badge now resides under which there's a modest 718 badge. Twin pipes here signify the S model and the 'Cayman S' script has been optionally deleted from the test car pictured. Meanwhile, the nose has been re-profiled thanks to some new air intakes, while the headlights are revised too, thanks in no small part to the addition of the (again optional) PDLS dynamic lighting system, which not only brighten up the night, but sharpen the 718's looks up too.

Like the exterior the interior benefits from some changes in its transformation from merely 'Cayman S' to 718 Cayman S. There's the new infotainment touch-screen in the centre console for a start, Porsche finally catching up in that department, though again what's in it will depend on how busy you've been with the option ticking when ordering. The specification is typically modest, so things like DAB, satnav and climate control require further outlay - Porsche is generous in its option offering, if not necessarily its standard spec. That's always been the case though and at this level customers anticipate that, even if some options do seem a little bit stingy - DAB and climate control being prime examples. Still, you'll forgive it a lot when you sit in there, Porsche's interior quality now very much befitting its premium badge, and pricing.

The Cayman has always been a talented understudy, perhaps too smart for its own good compared to its Porsche 911 relation. In a bid to appease ever-tighter emissions controls the engine sat in the middle of the 718 Cayman S is no longer directly descended from its 911 sibling's. The 718, as its badge suggests to those knowledgeable on Porsche's historical racing cars, is now a turbocharged flat-four unit. The new engine replaces the previous naturally-aspirated flat-six. In the S it's 2.5 litres in capacity and has a variable vane geometry turbocharger, like that in the 911 Turbo. Clever stuff, and there's certainly no arguing with the numbers associated with it, such as peak power of 350hp. The turbocharger sees not just a hike in torque to 420Nm, but its delivery significantly earlier in the rev range at just 1,900rpm. That's enough to see the 718 Cayman S reach 100km/h in only 4.6 seconds; it's quicker still if you choose the PDK paddle-shifted automatic and Sport Chrono package from the options list.

Unsurprisingly, the loss of a pair of cylinders is transformational for the Cayman. It's obvious the moment you start it up, the evocative flat-six timbre replaced by a slightly off-beat thrum that's more Subaru than Porsche - and that's not necessarily a good thing. Pressing the Sports Exhaust button does little to improve things; indeed, this is the first Porsche where we'd say don't bother spending the extra to have it. In isolation, if you'd never experienced the previous Cayman (or Boxster) then you could ignore all this, but if you have, it's a little bit more difficult. There's no denying that the turbo brings with it significant improvements in performance, as the 718 Cayman S is startlingly quick from low revs and it doesn't need wringing out to produce its best.

It's therefore faster more of the time, but easier with it, and for the sort of dedicated, demanding driver who previously sought out a Cayman S for the hedonistic joy of revving the six to its redline, this is a very different experience. There's no need to work the sweet-shifting, near perfectly weighted six-speed manual transmission in the quest for revs, as there's any-gear urgency. It's rare that the 718 betrays its turbocharged nature with off-boost lethargy. Along with that devastating performance, the balance from its chassis remains definitive in the class, the steering's accuracy, weighting and feel unrivalled in a conventional production car. The way the Cayman S transmits its messages to you remain the same as in the old car, only that little bit sharper thanks to the 911 Turbo's steering rack and some suspension lessons learned from the Cayman GT4.

There is a 'but' coming, though, and that's the soundtrack. The engine, however impressive its pace is, just doesn't captivate like the old car's - aurally, or in its character. Intangibles perhaps, but highly significant ones in a sports car. There's no need to chase the redline, and that's as defining as the uninspiring noise it makes. That's 'noise', not sound - there's a distinction here, as the flat-four turbo's note simply is not exotic sounding enough for something wearing a Porsche badge. It remains the absolute benchmark in its class regardless, thanks to the chassis' mesmerising balance, the steering's accuracy, suspension's ride quality and control and, yes, the pace. The loss is in the outright engagement, the engine's scarcity of character, and its undemanding nature, which is at odds with its situation, at least when compared to what came before it.

The chase for environmental gains has only been partially successful, as, driven hard, the 718's a thirsty machine, and we reckon that the pay-off for a bit less tax is not worth the compromises it brings. Porsche has re-aligned pricing with the 718 Cayman now, so the coupe is less than the equivalent Boxster roadster, though we would have happily continued to pay more if they'd left those two cylinders well alone...

Turbocharging and downsizing for the Porsche Cayman was a necessary change, perhaps, but there's no question that, in adding so much, it feels like something's been taken away. That it remains the best car in its class shows how far ahead of the field it is, though it's not quite as far as it once was, at least for the type of buyer it attracts. 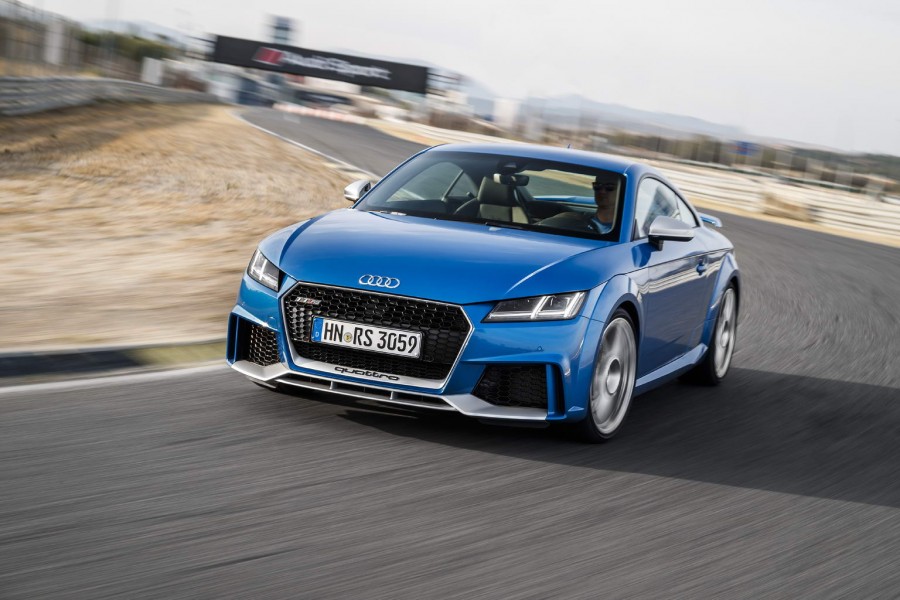 Audi TT RS Coupe review
Audi TT RS vs. Porsche 718 Cayman S: four-cylinder, four-wheel drive rocket, the cheaper TTS is actually faster than the 718 Cayman S against the clock, but not as engaging to drive. 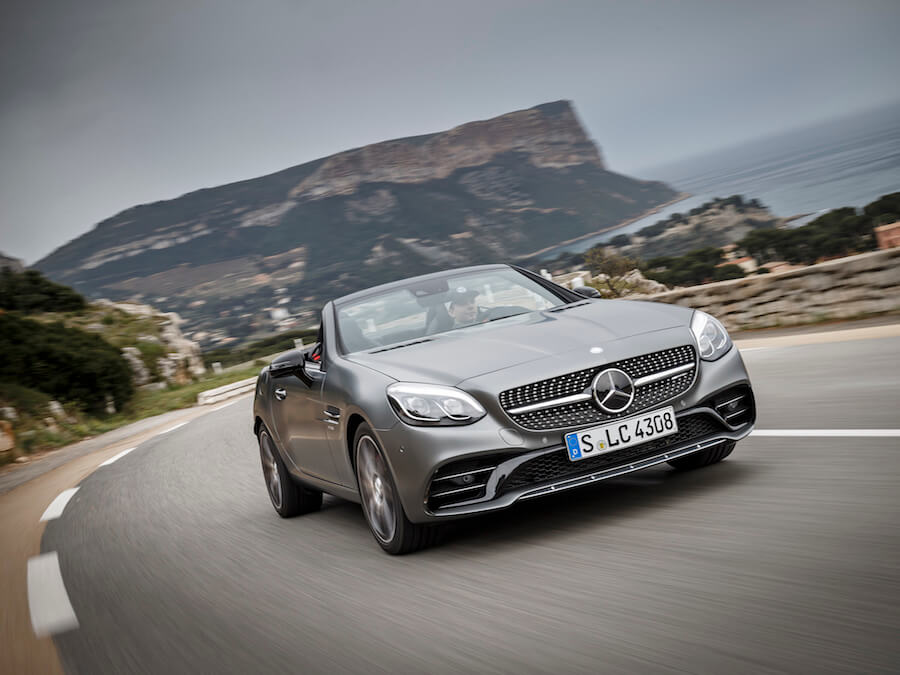 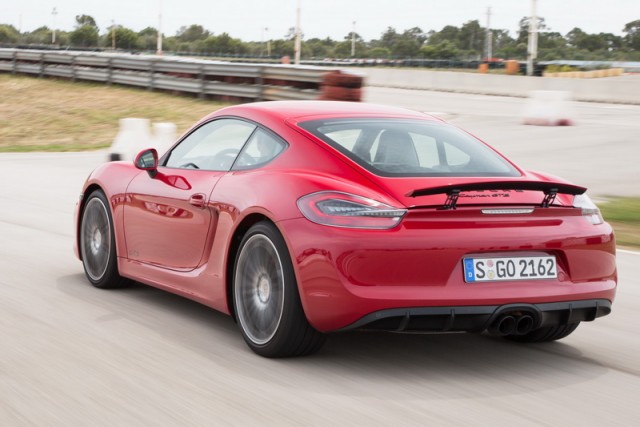