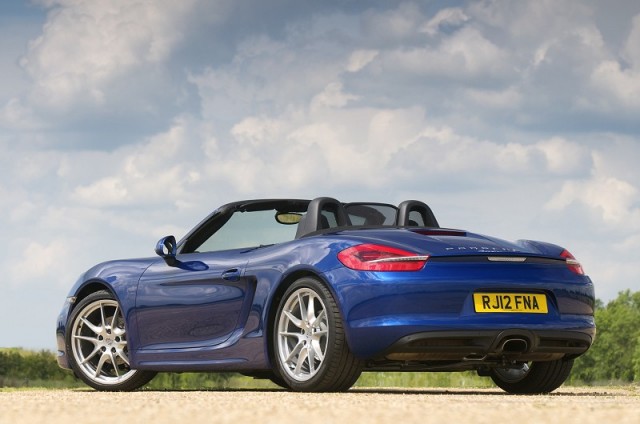 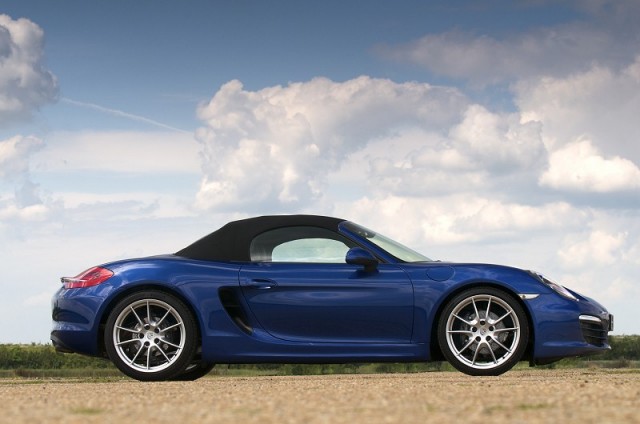 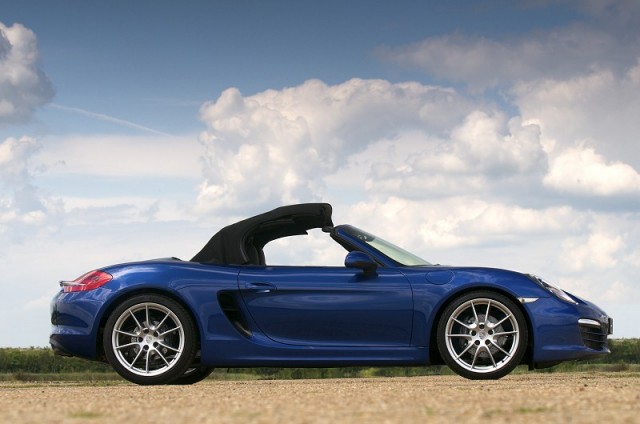 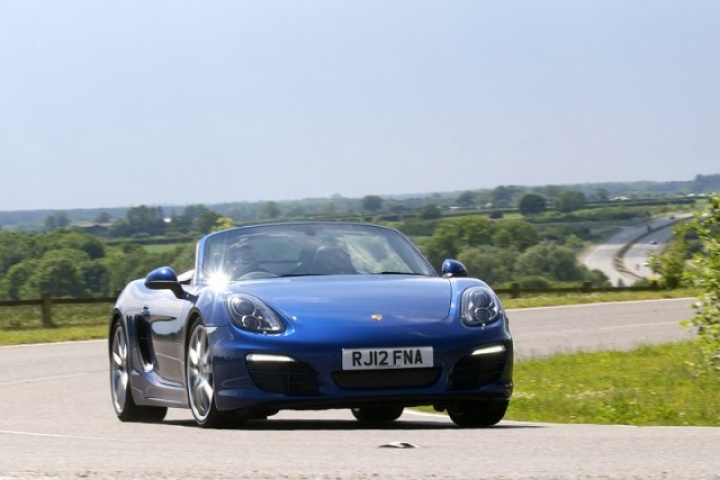 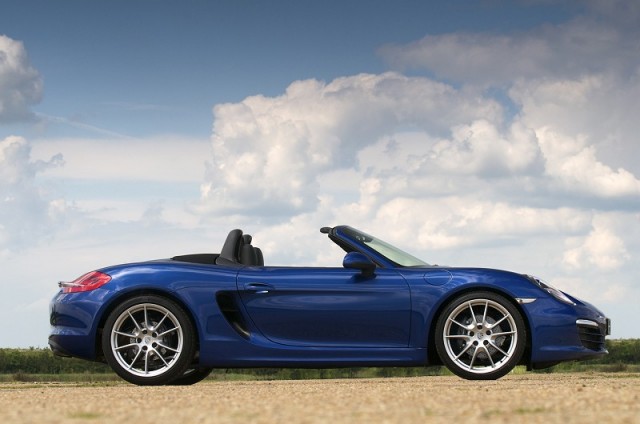 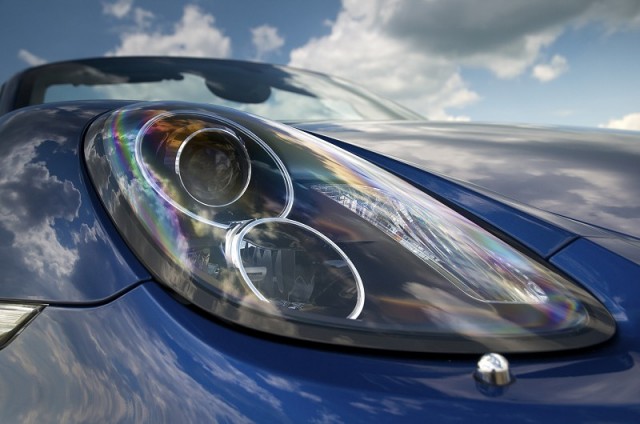 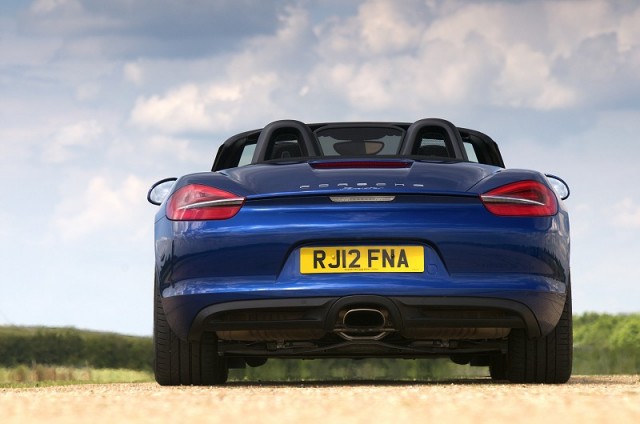 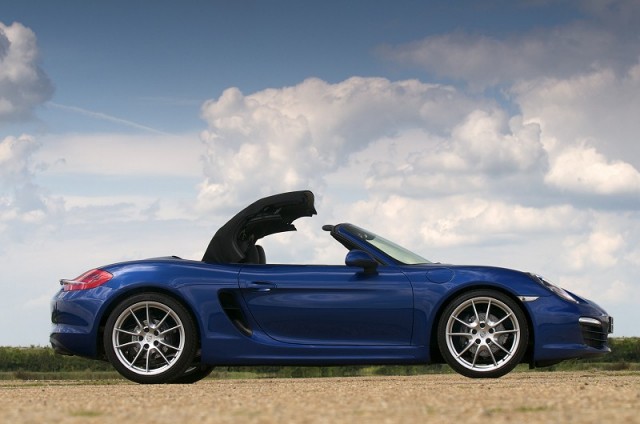 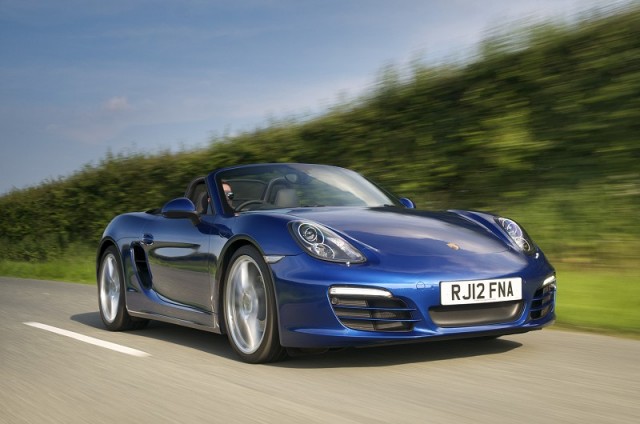 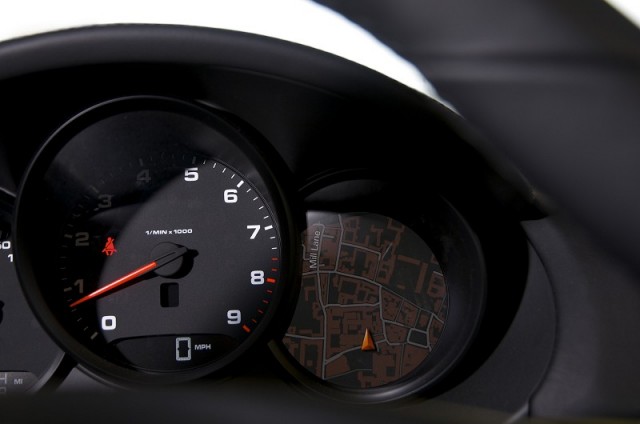 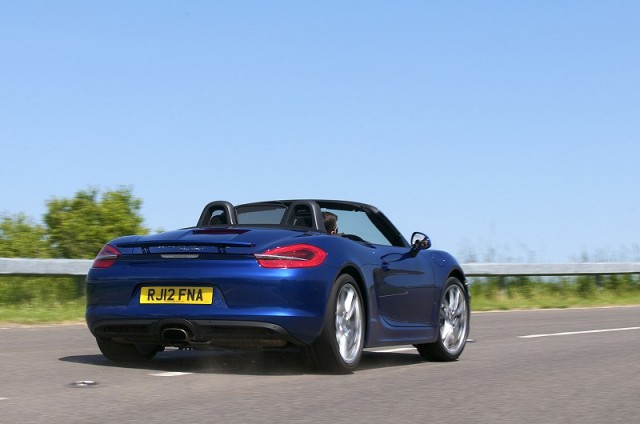 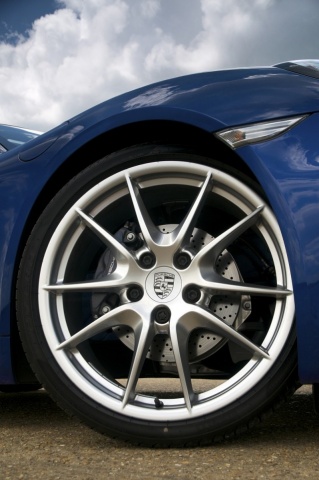 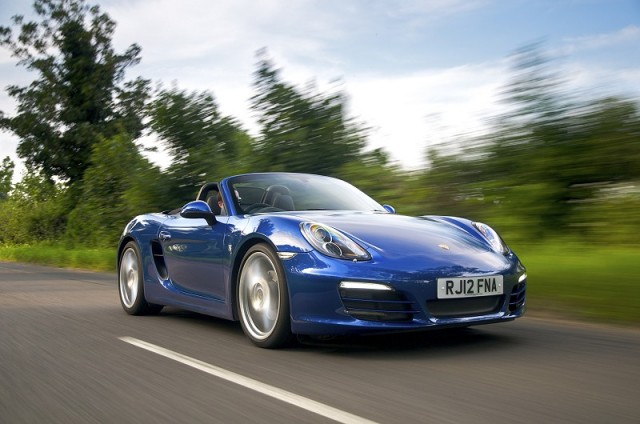 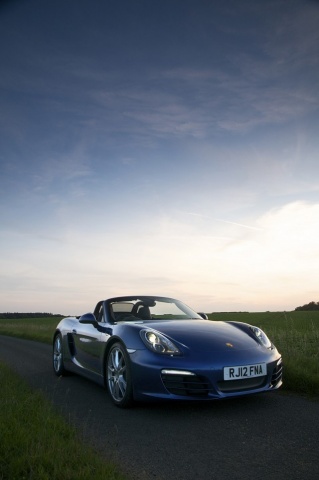 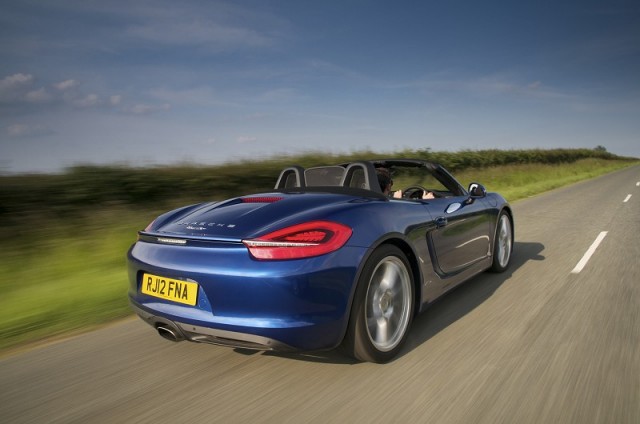 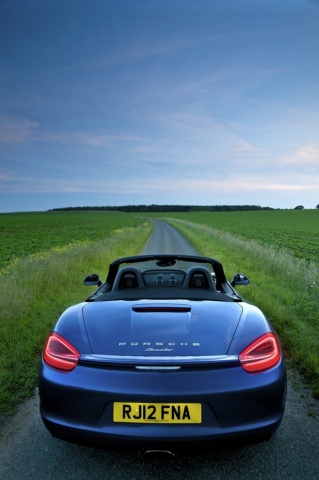 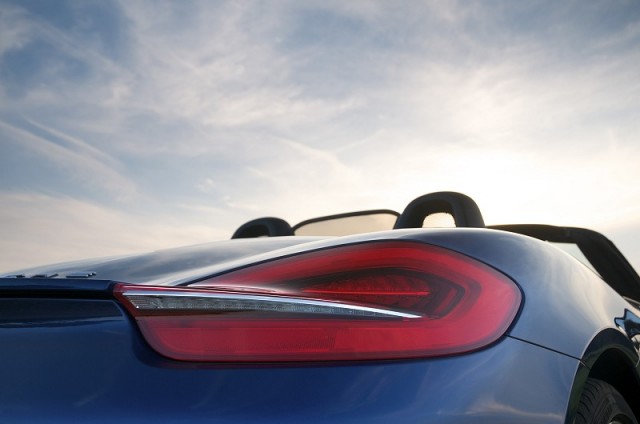 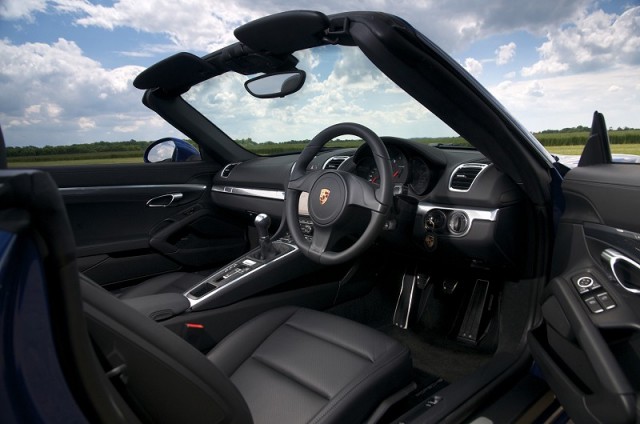 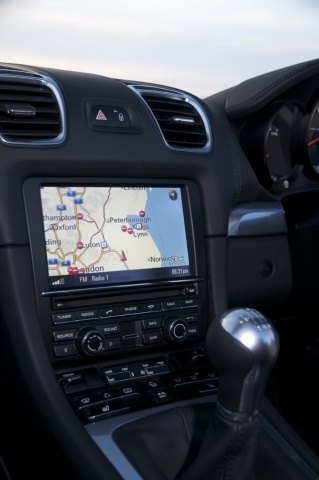 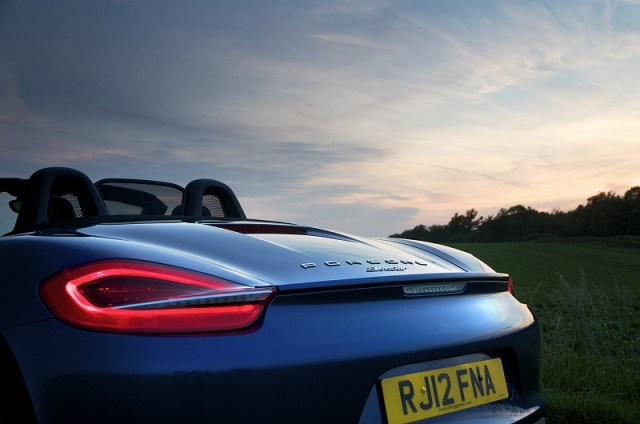 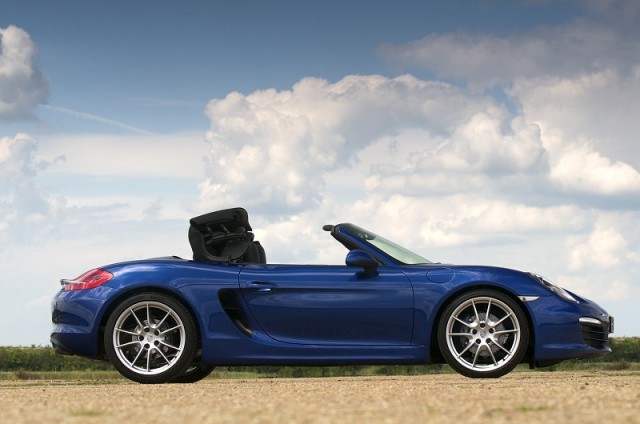 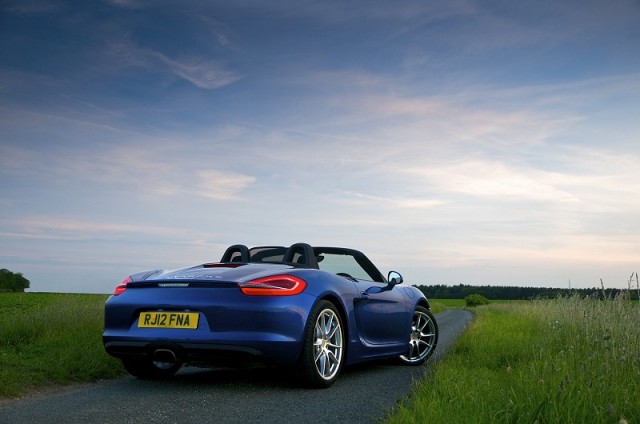 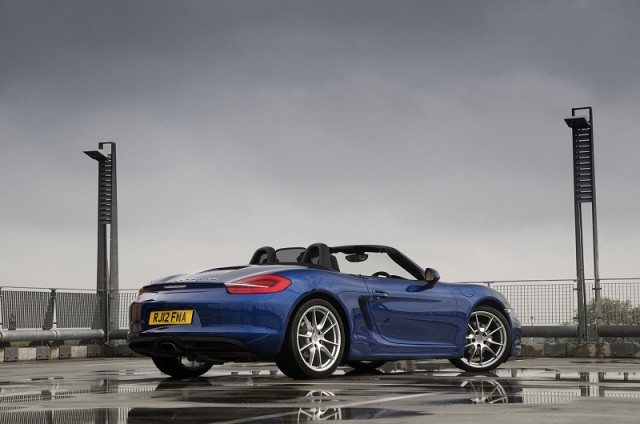 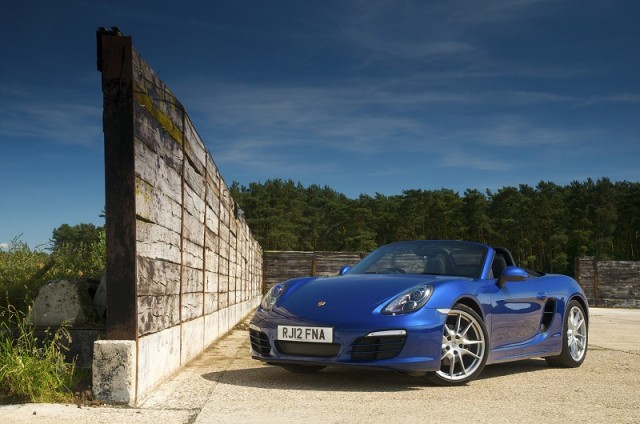 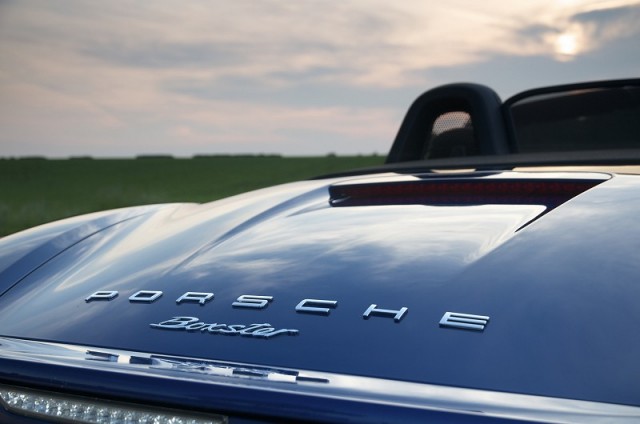 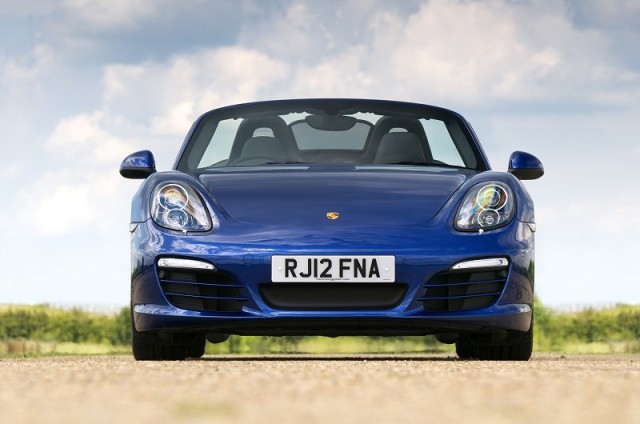 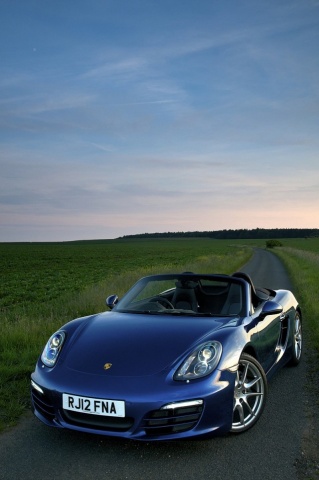 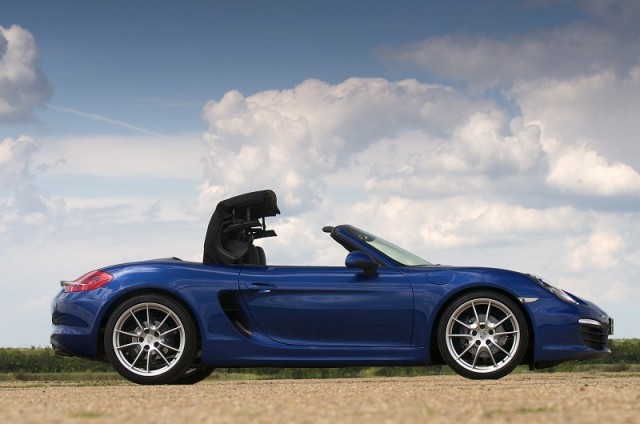 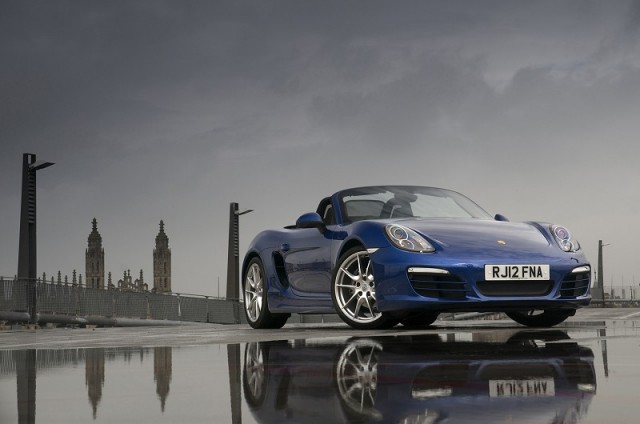 The entry-level Porsche Boxster is the best roadster you can buy, at any price.

The small-minded can call the Boxster whatever they like as their misconception is entirely unjustified. If you're prepared to listen, the Porsche Boxster is one of the best sports cars ever built, scalping even its 911 relative on the road.

If this is for hairdressers then pass us the some scissors and a mirror and be prepared for some terrible holiday banter. The Porsche Boxster just got bold, the push-me-pull-me soap bar looks of its predecessors eradicated on this third generation model. If you're seeing hints of the old Carrera GT and new 918 Spyder in its looks then you'd be correct, Porsche's hyper-cars lending design detail to Porsche's entry model. The effect is stunning, both inside and out.

It's lighter too, the new car weighing in at around 25- to 35kg less than its predecessor. Add a huge increase in stiffness, an interior finally befitting of a car with this price tag and as a package the Boxster just got even better. You've never had to make excuses for how it drives, but now it has the looks and presence to back up its mighty on-road ability.

So it's not the S, the standard Boxster making do with 'just' 265hp from a 2.7-litre flat-six engine. That peak is delivered at 6,700rpm, while the maximum 280Nm of torque it delivers is offered from 4,500- to 6,500rpm. So it likes revs. That's not to say it's not flexible when the needle's not sweeping towards the redline - quite the contrary, but for maximum enjoyment it's worth playing around with the gearbox to keep it singing.

There's a double reward for doing so, the flat-six delivering a fantastic aural accompaniment (even without the optional Sports Exhaust), while the six-speed manual gearbox remains a demonstration in precision, weighting and feel. Its shift quality is so fine you'll not even mind stop-start traffic and first gear work, a huge part of the Boxster's appeal being the ease and feel of its controls. The steering has come in for some criticism, but it's quick and nicely weighted, the feel it delivers perhaps not as rich as its predecessor's, but still among the best for clarity of information.

That eager engine, brilliant gearbox and - optionally on this car - Porsche Torque Vectoring with a mechanically locking differential create a car that's right among the best for involvement and enjoyment. It's not crazy fast, with a 5.8-second 0-100km/h time, but it's improbable you'll ever find yourself wanting for performance. Plenty fast for UK roads, where even driven moderately it could have the magistrate ripping up your licence and sending you for some bird. It's amusing at legal speeds though, part of the joy of the Boxster is its ability to carry its easily gained speed on the sort of winding, bucking roads that criss-cross the country.

Mighty brakes, exemplary body control - the suspension as ever best left off Sport if you've ticked the PASM option - and the accompaniment and performance of that eager 2.7-litre engine leave you wondering why you'd spend the sizable premium to have the faster Boxster S. Or, whisper it, a 911 Cabriolet.

The wheelbase is up, by 60mm, making the cabin a bit roomier. Better built than ever too, with quality materials, but you'll still have to dip into the options list if you want it with more than just the basics. Satnav and communication will sting you around €3,700 combined, which, given that the satnav is a bit slow, is a bit tough to stomach. That locking diff with torque vectoring is €1,525 and you'll pay just under €1,700 for larger 19-inch wheels. Oh, and you need to pay for the wind deflector as well. Stingy.

Faster, yet more economical than ever, this Boxster manages a credible 34.4mpg (8.2 litres/100km) on the official combined cycle. CO2 emissions are 192g/km, too. Some 52% of Boxster buyers opt for PDK. Shame on you if you do as it robs the Boxster of a sizeable portion of its driving appeal.

If you want a roadster then buy a Porsche Boxster. Simple as that. Doesn't need to be the S either, as this standard 2.7 won't leave you disappointed one bit. The small minded don't know what they're missing.