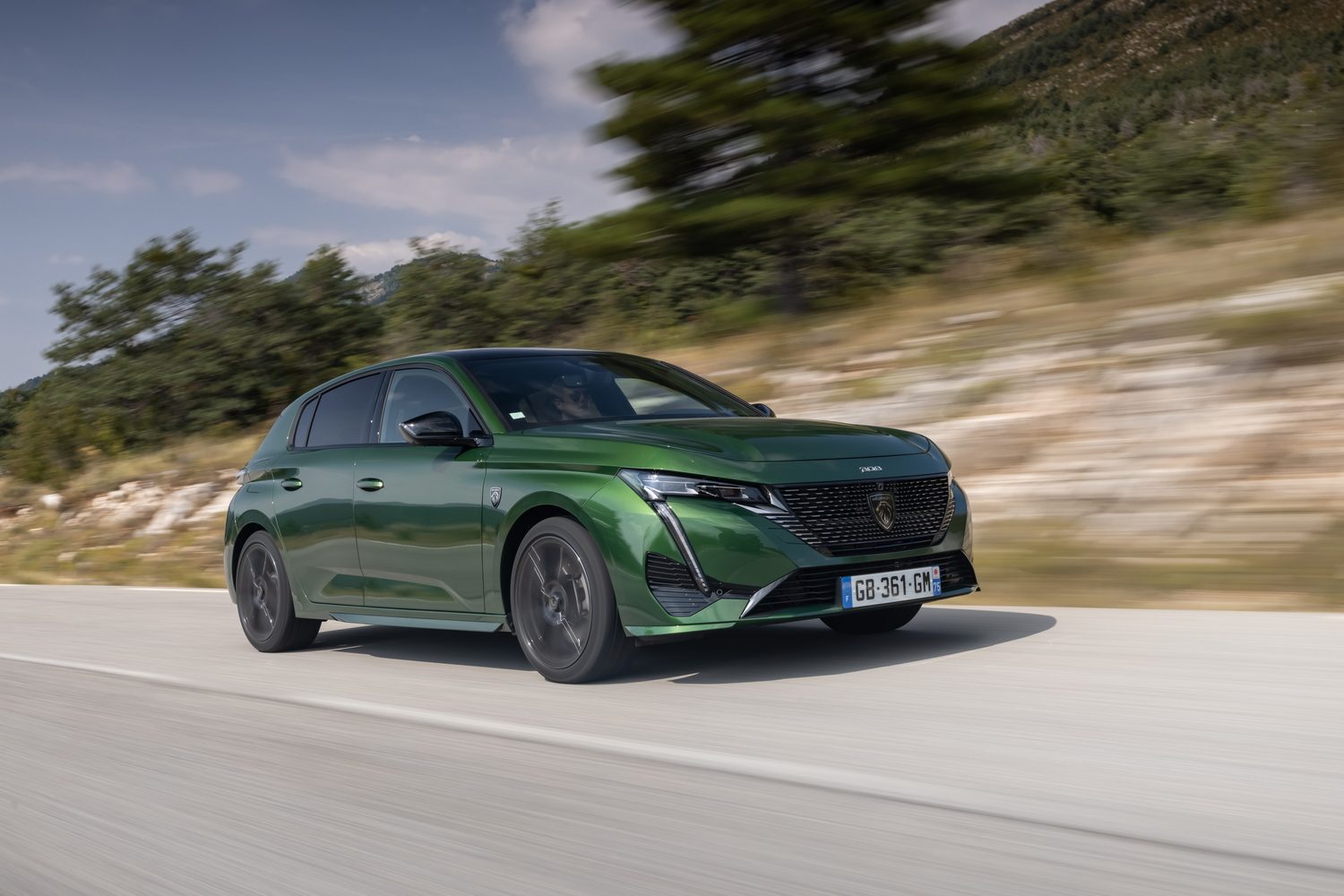 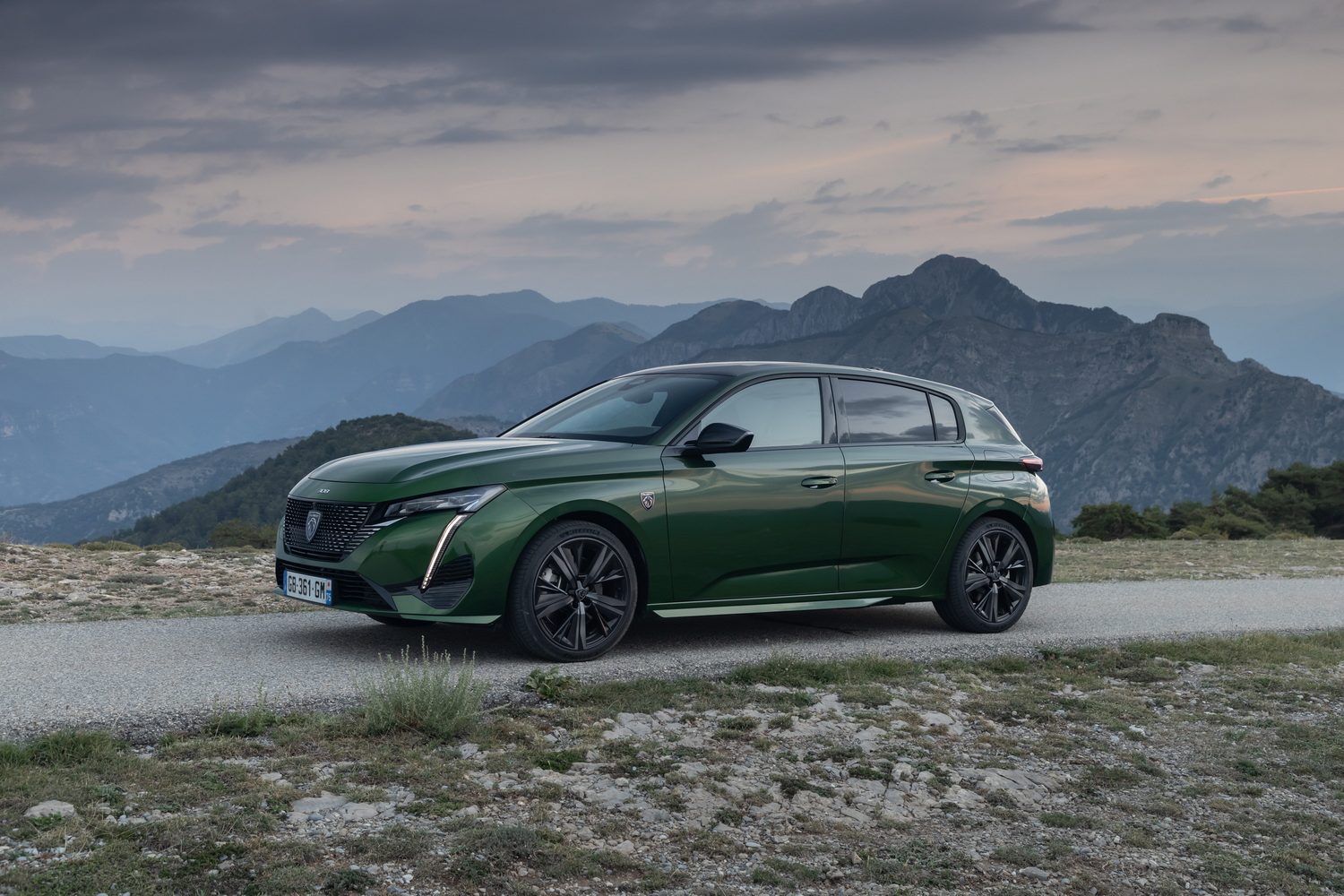 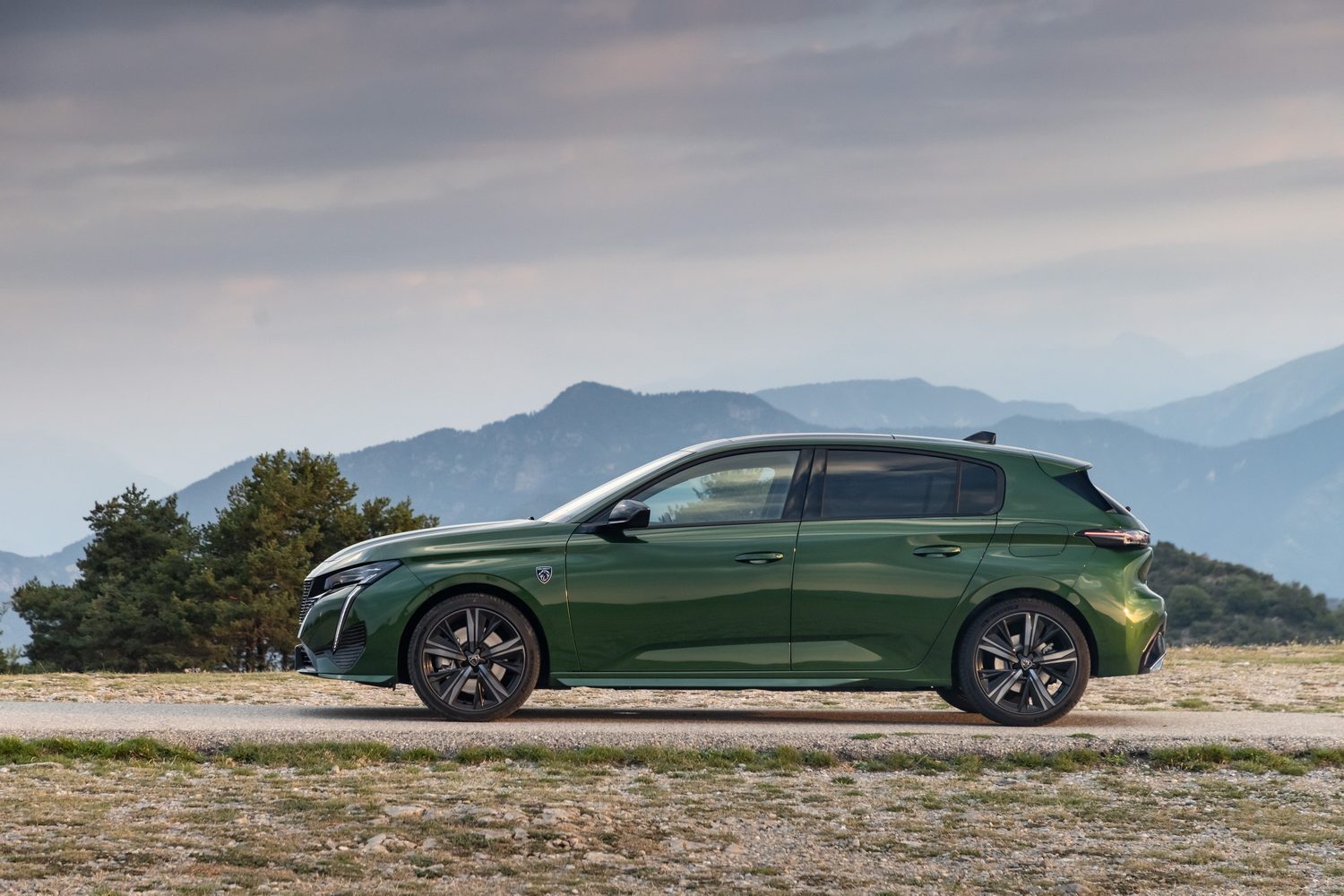 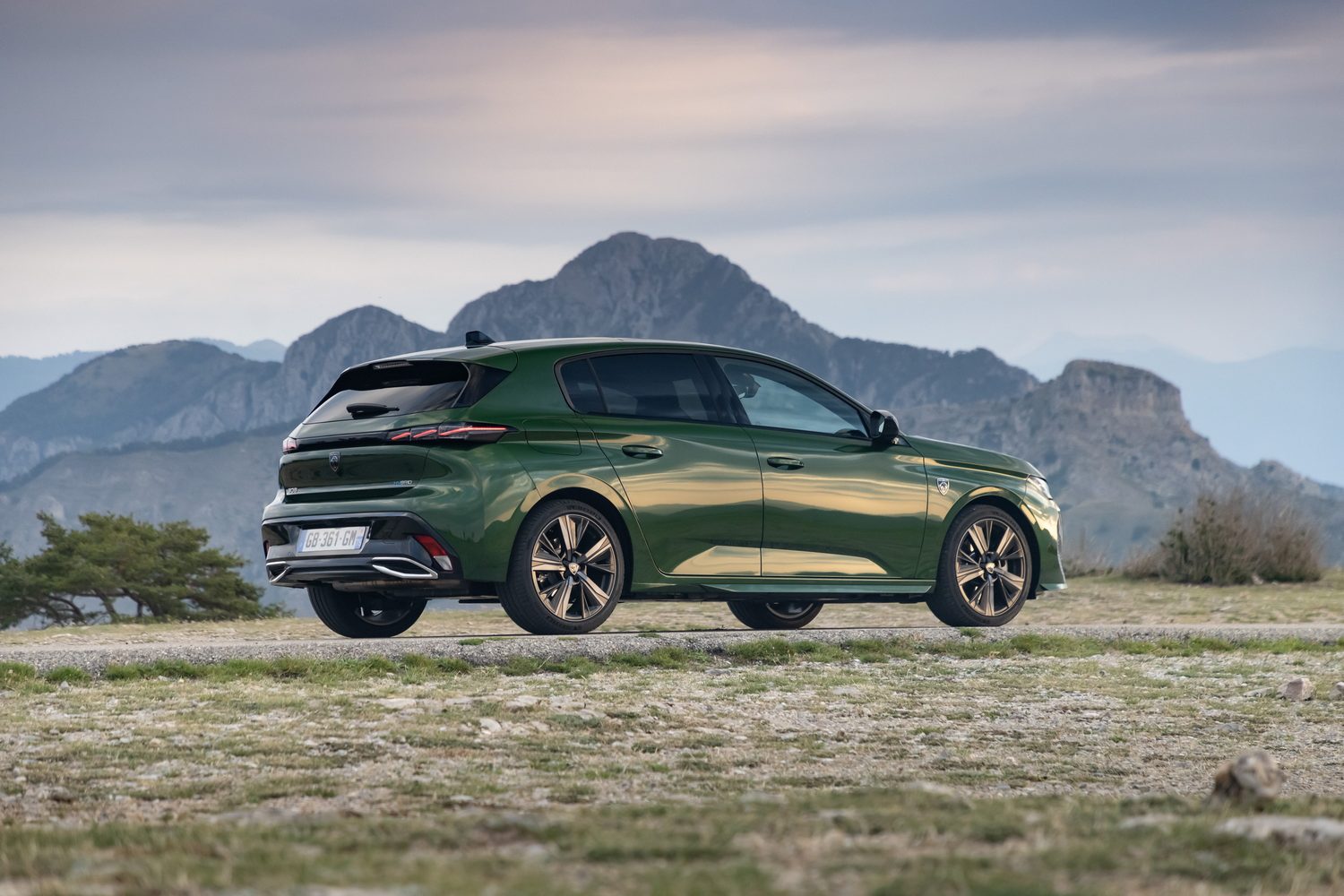 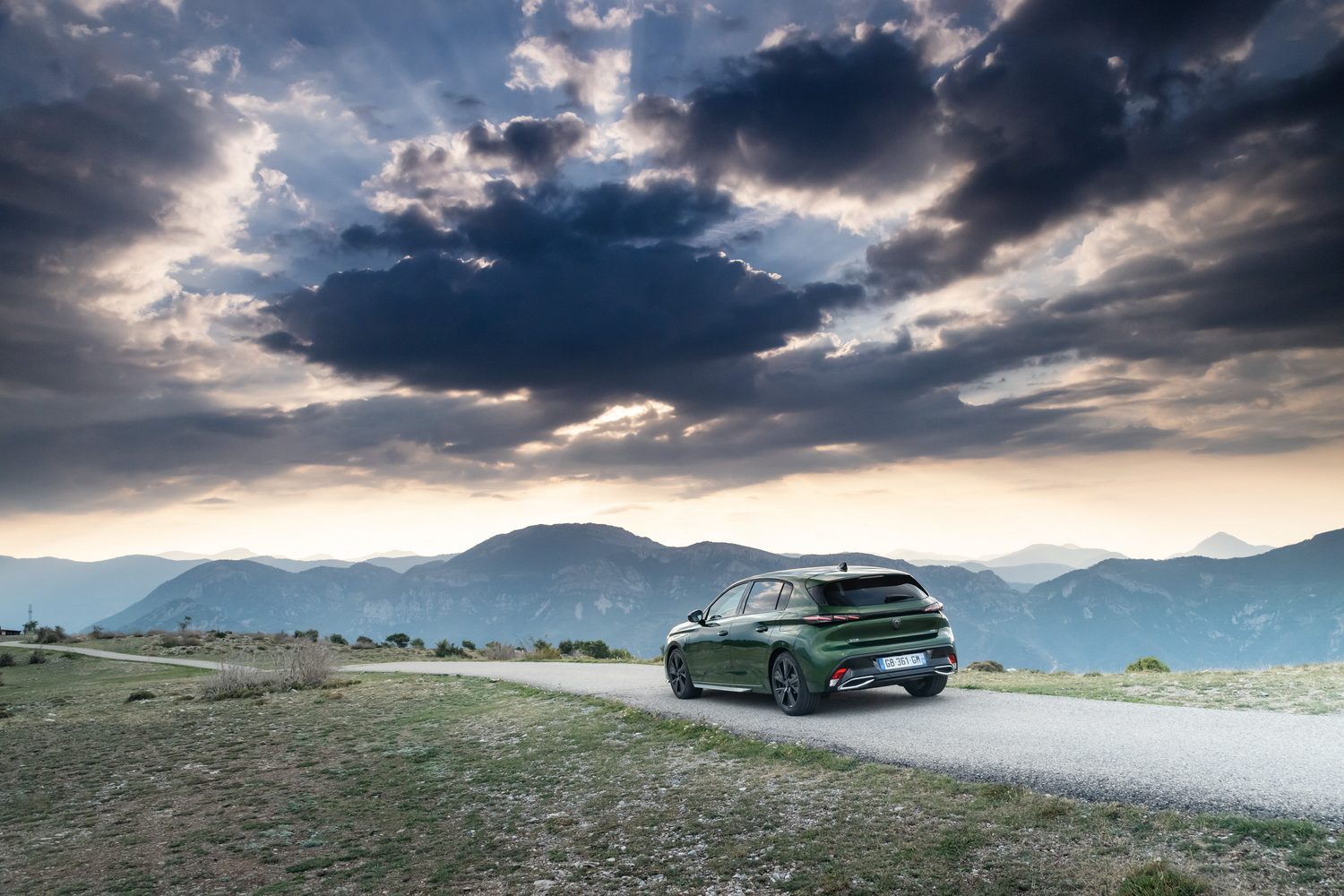 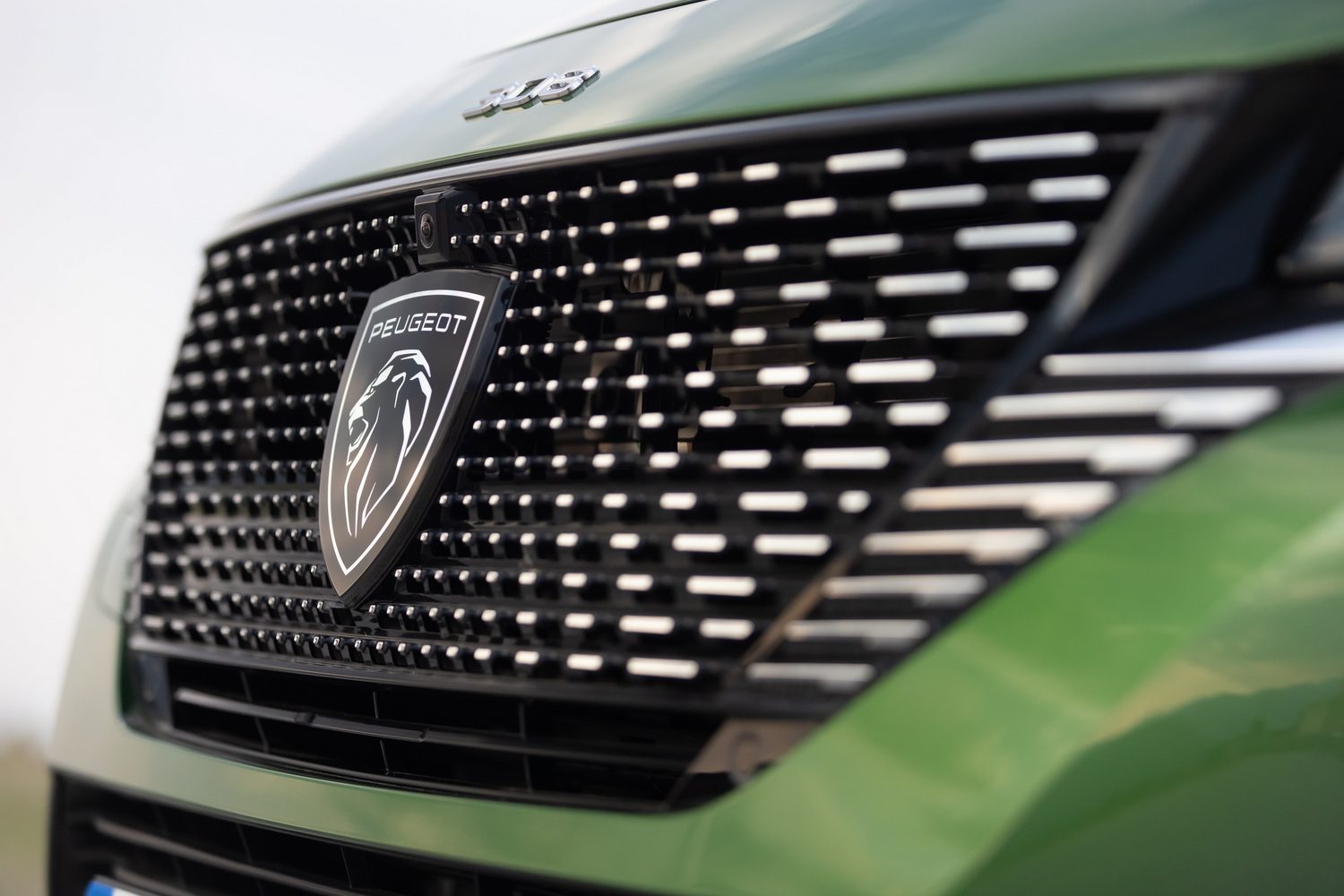 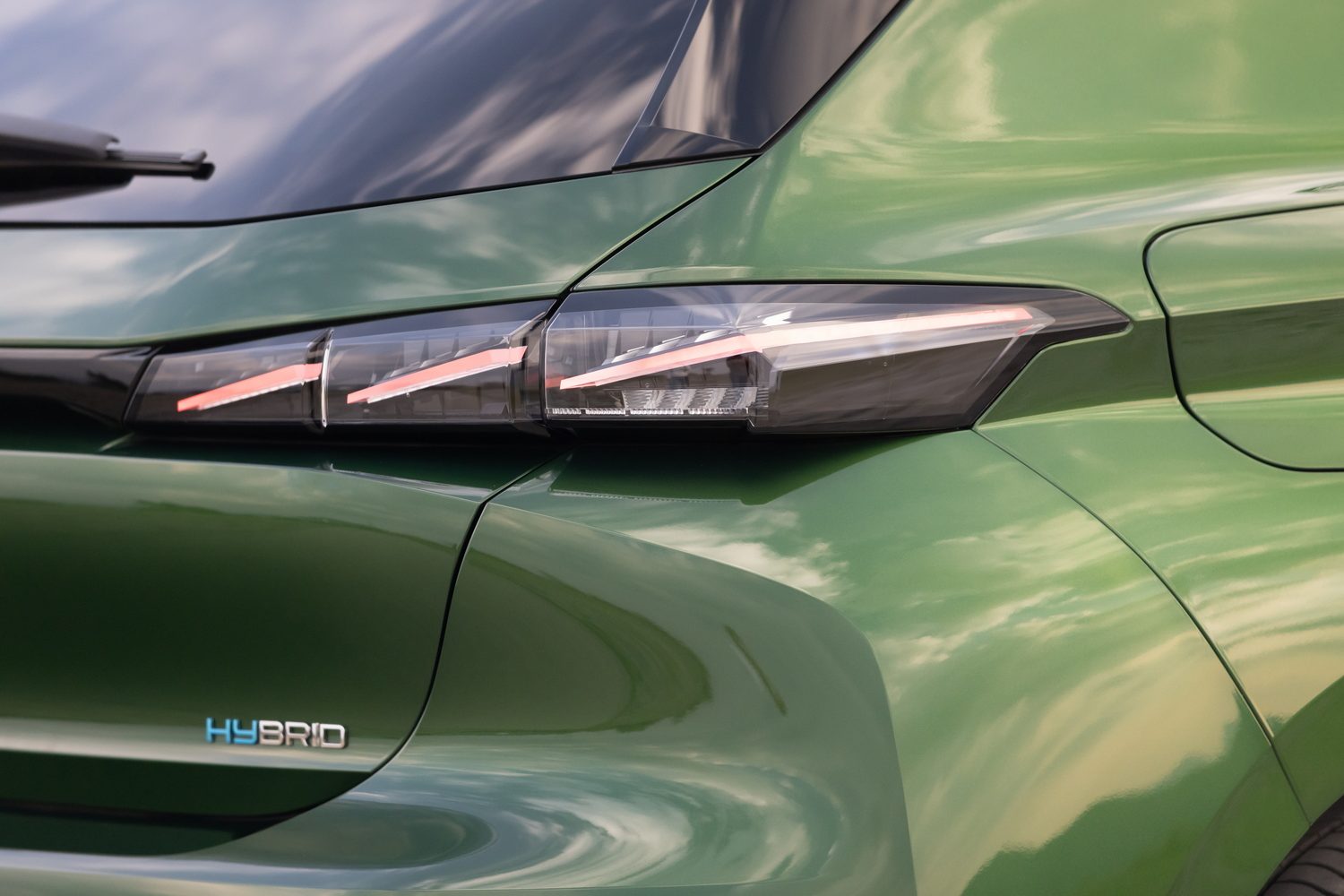 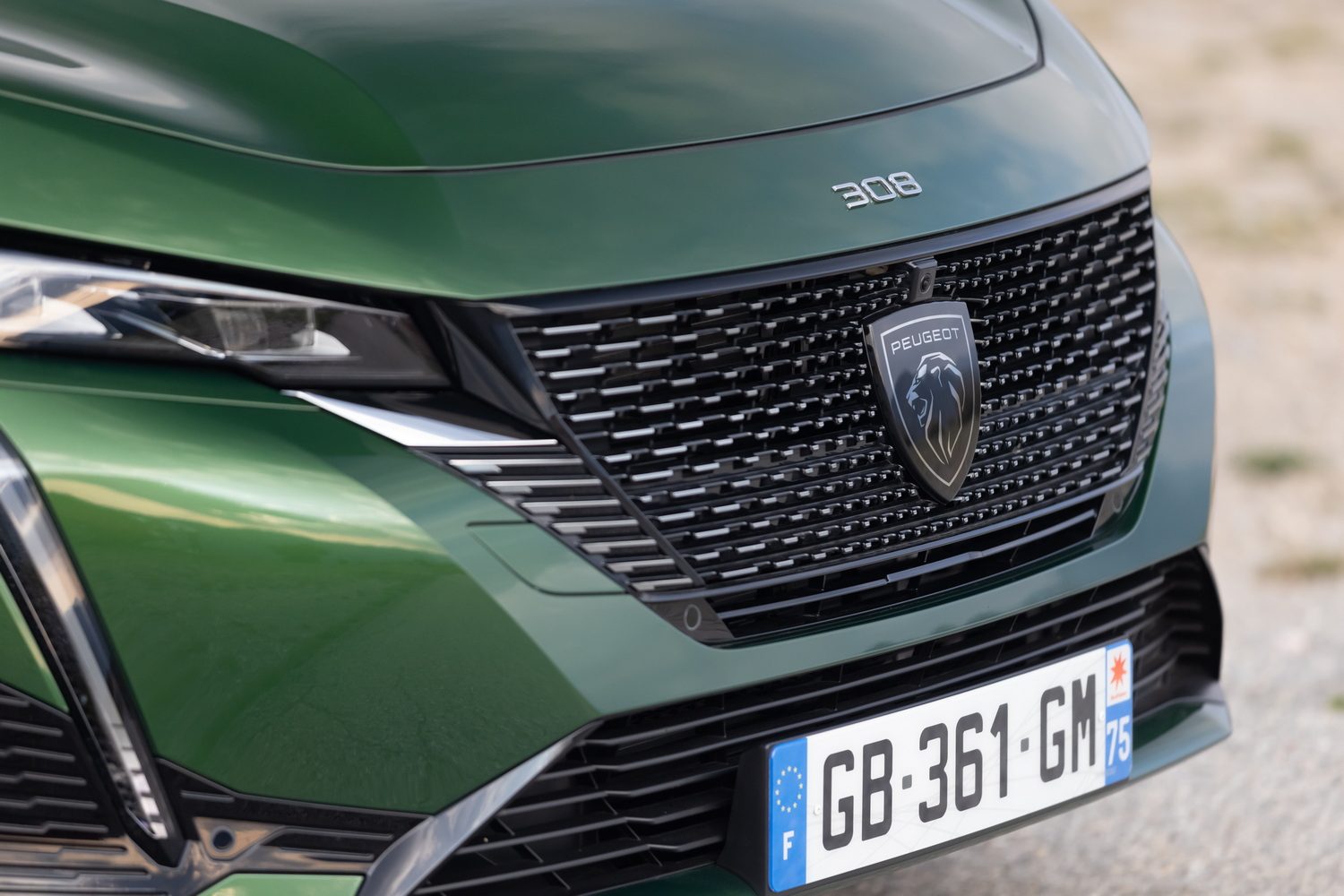 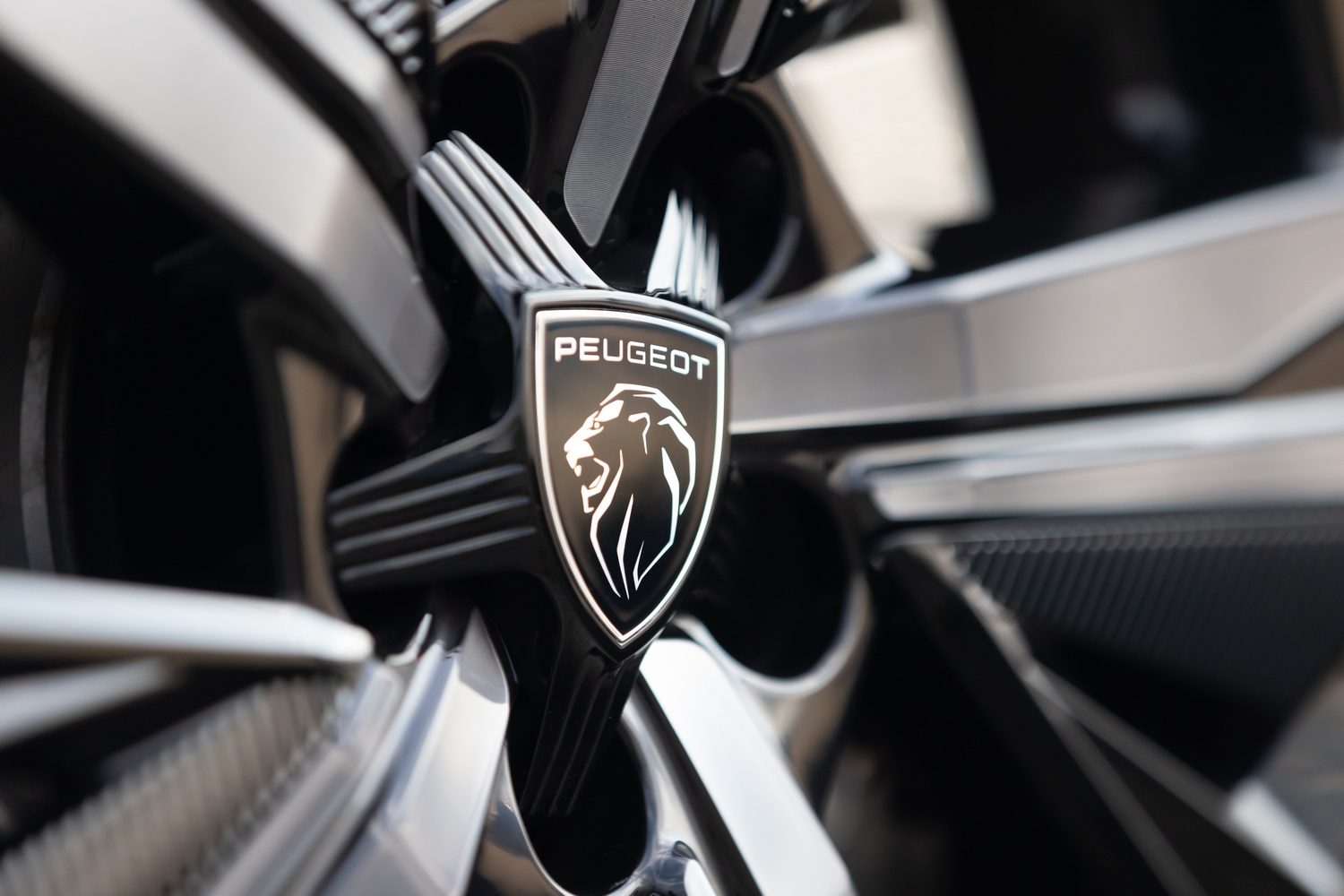 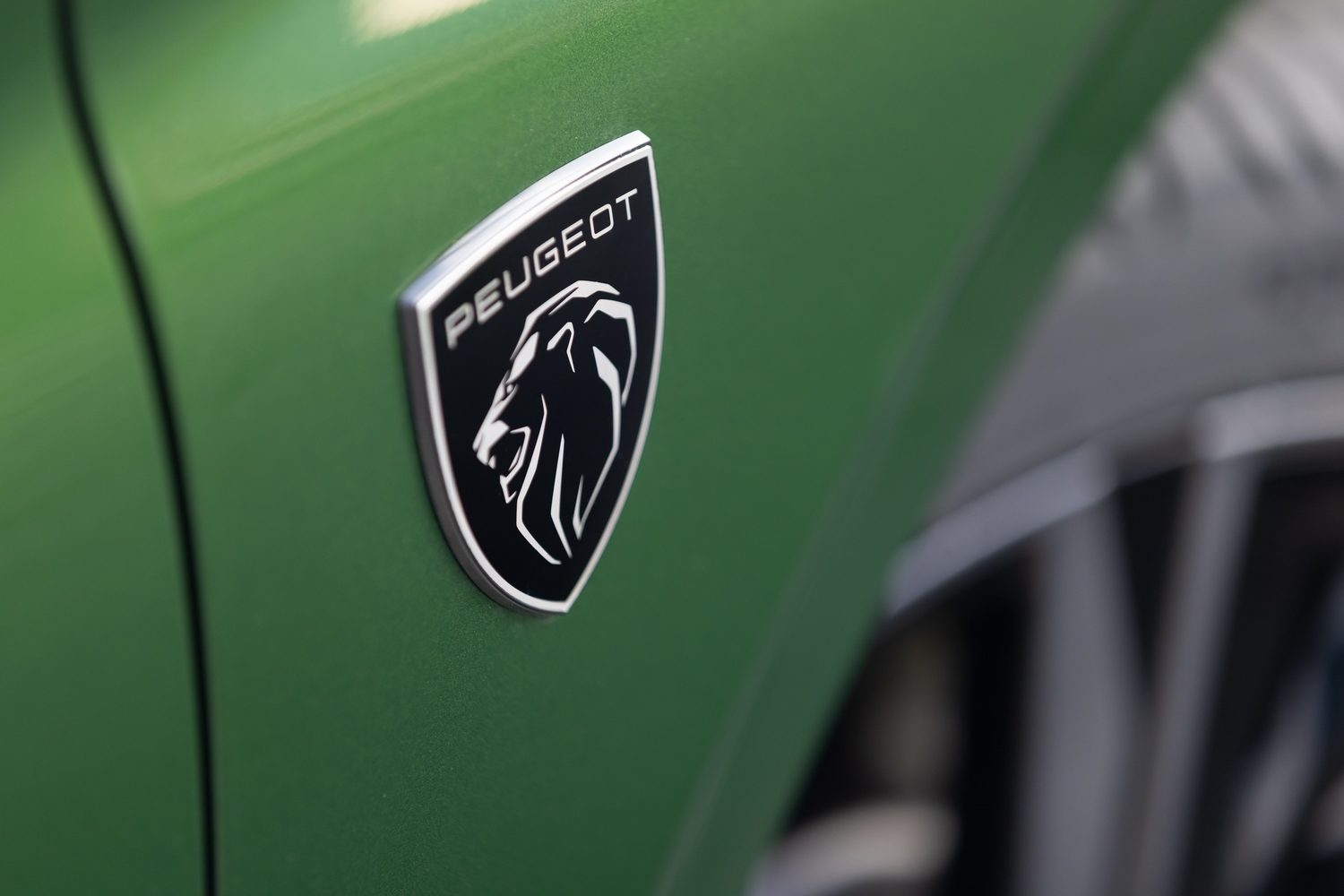 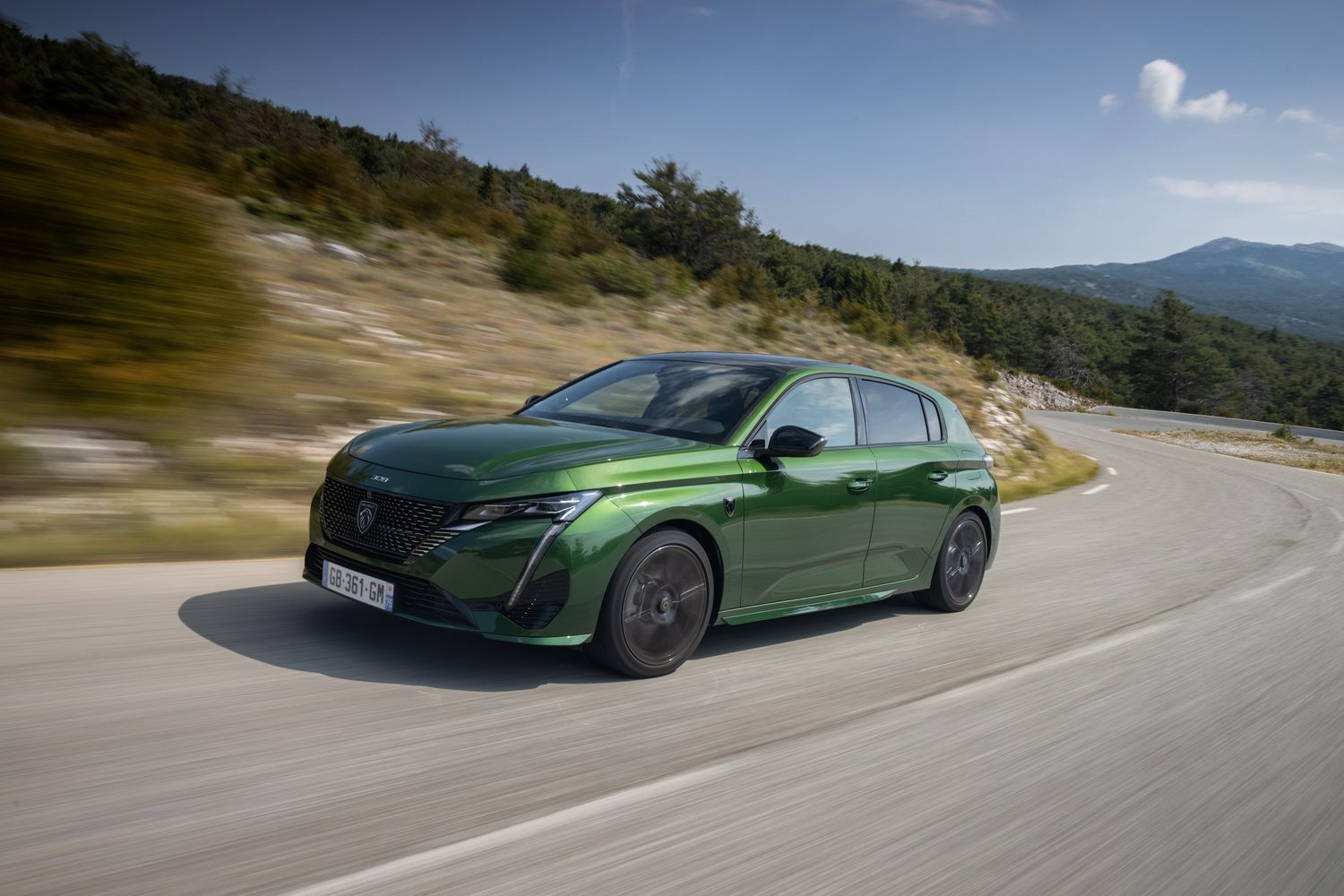 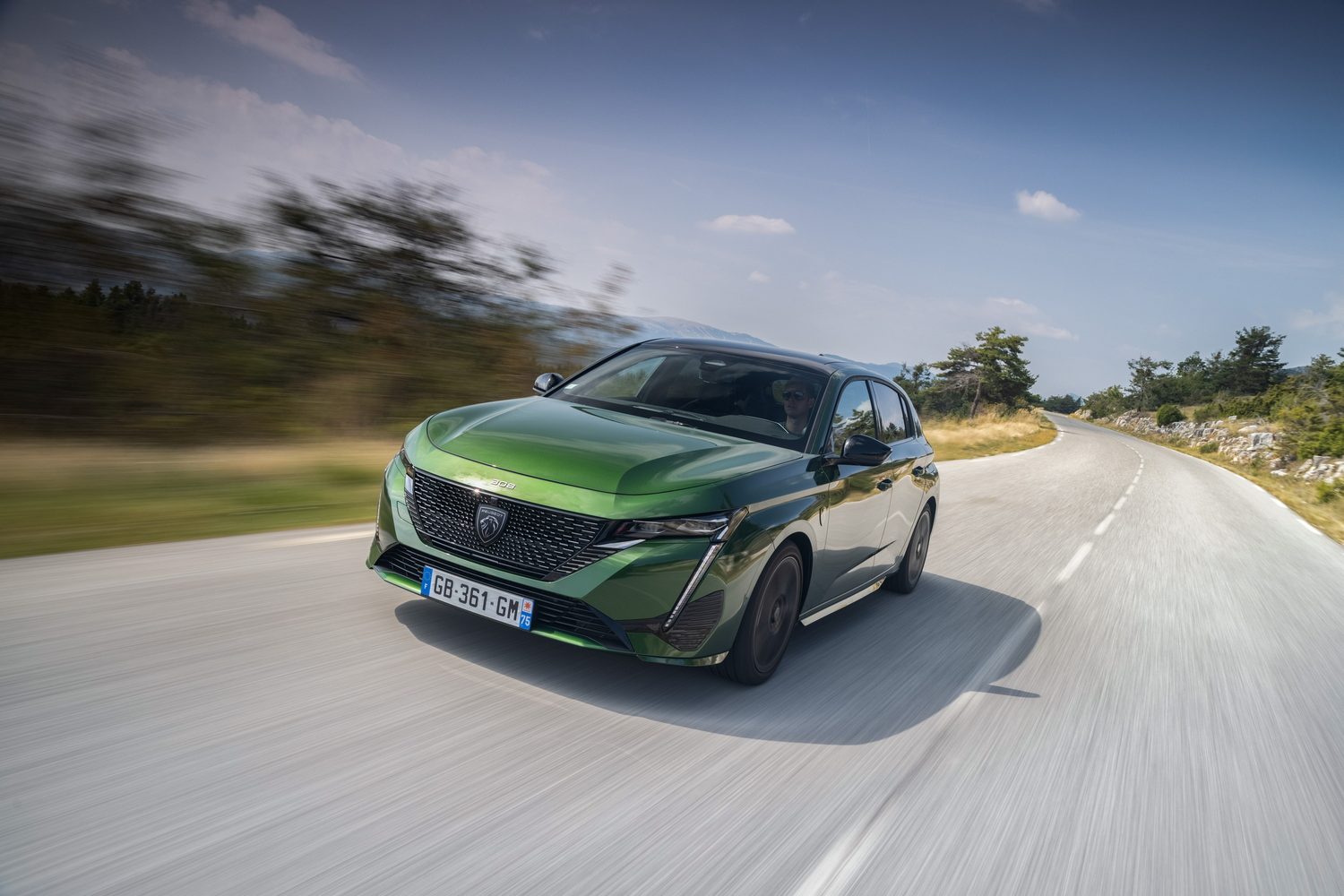 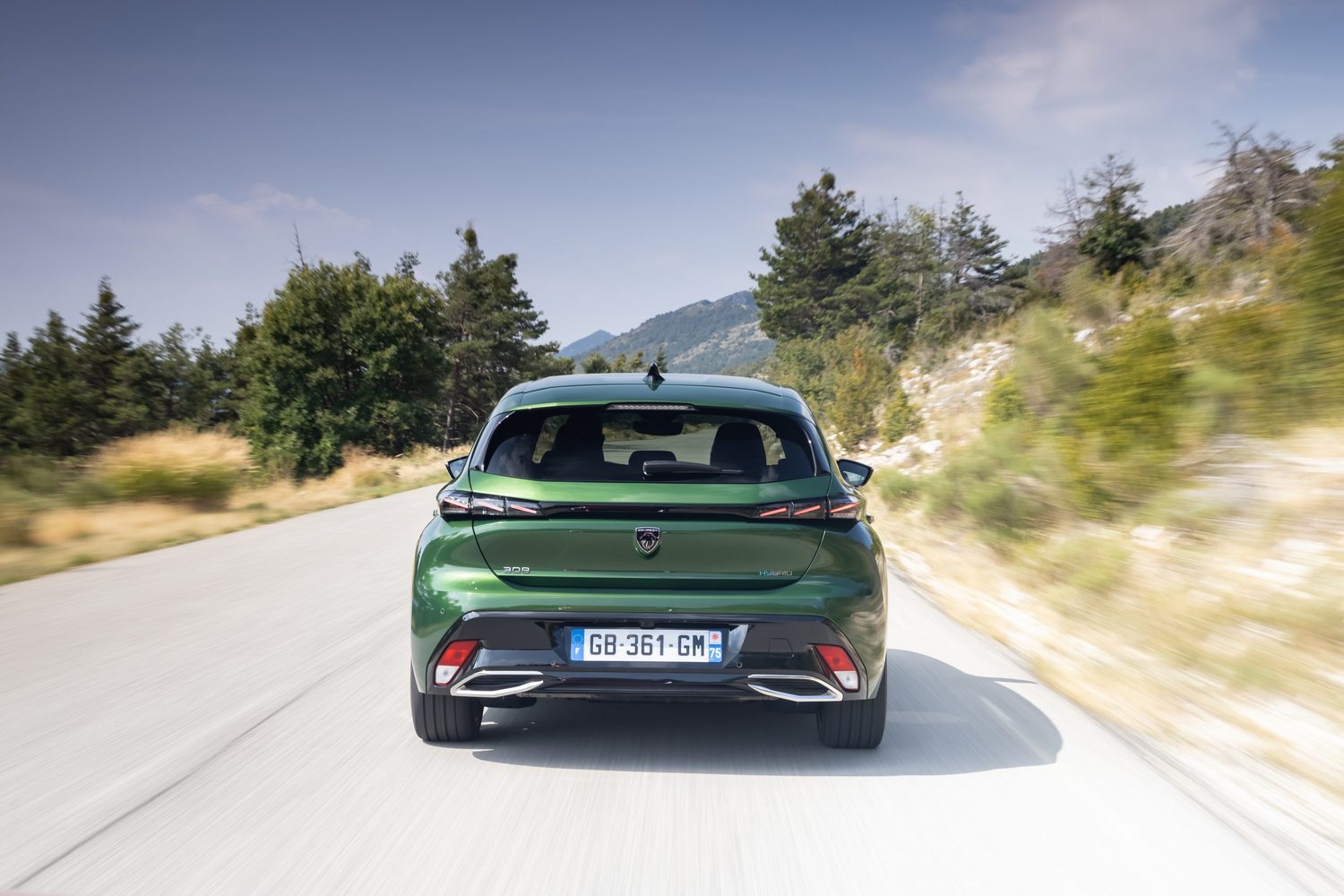 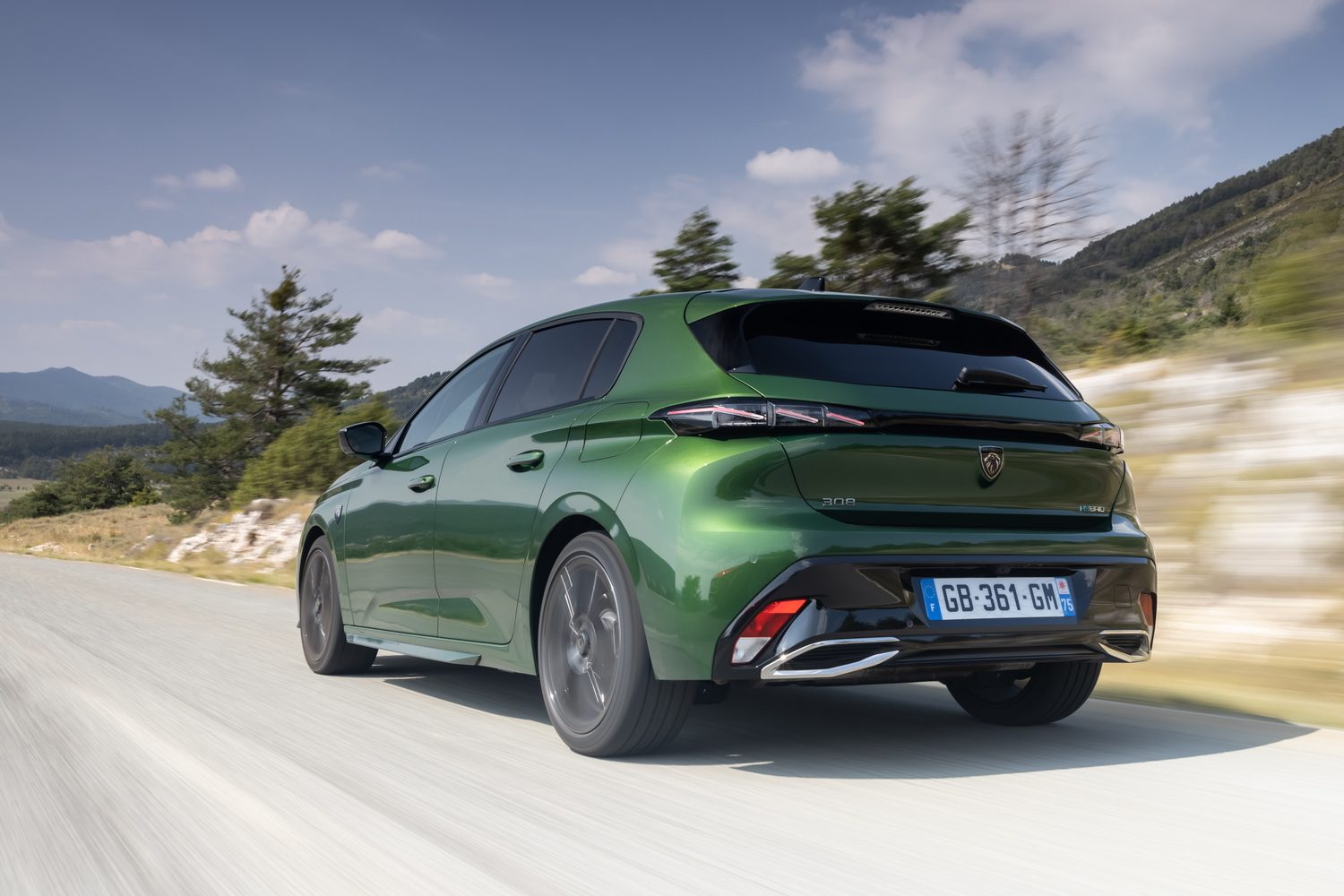 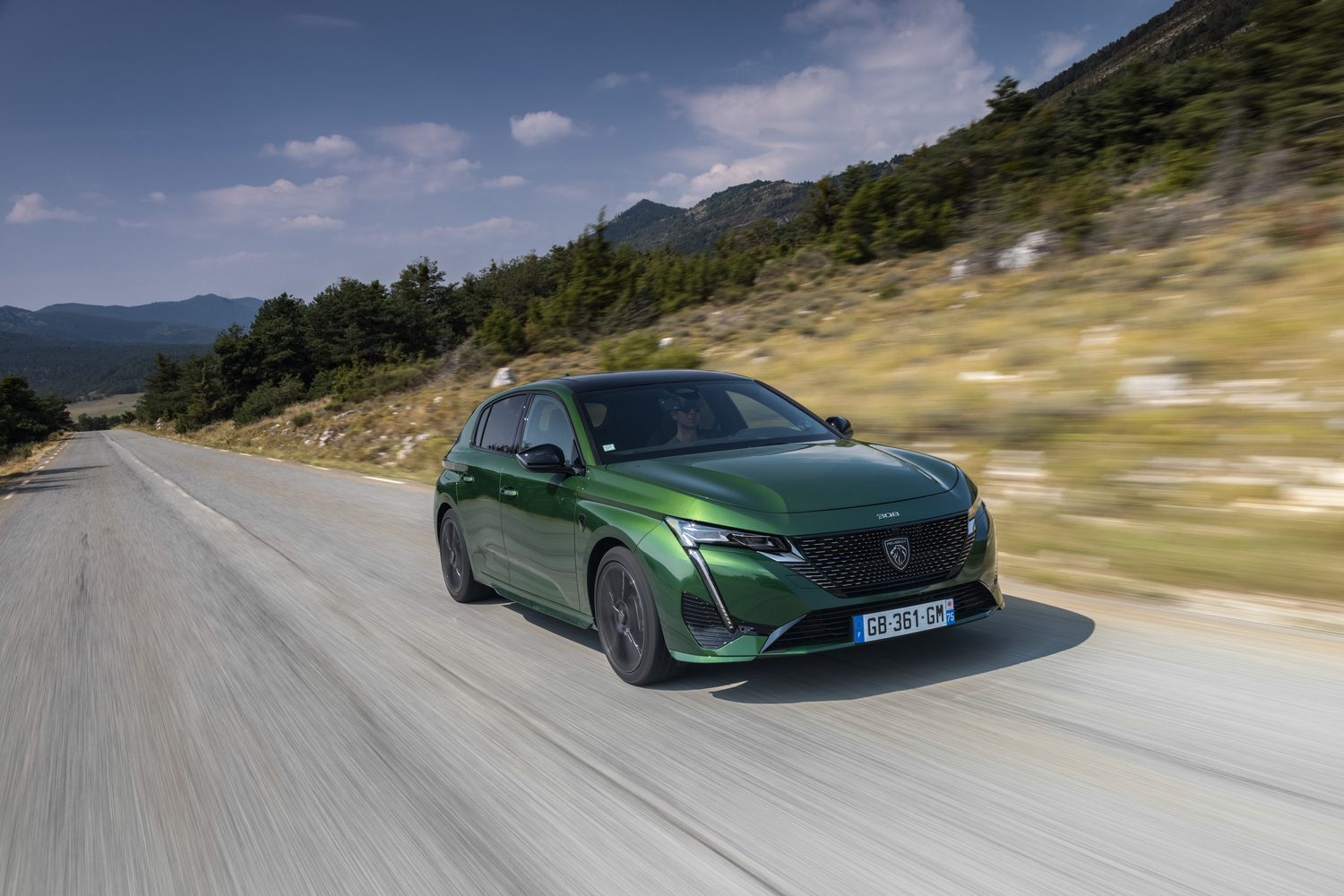 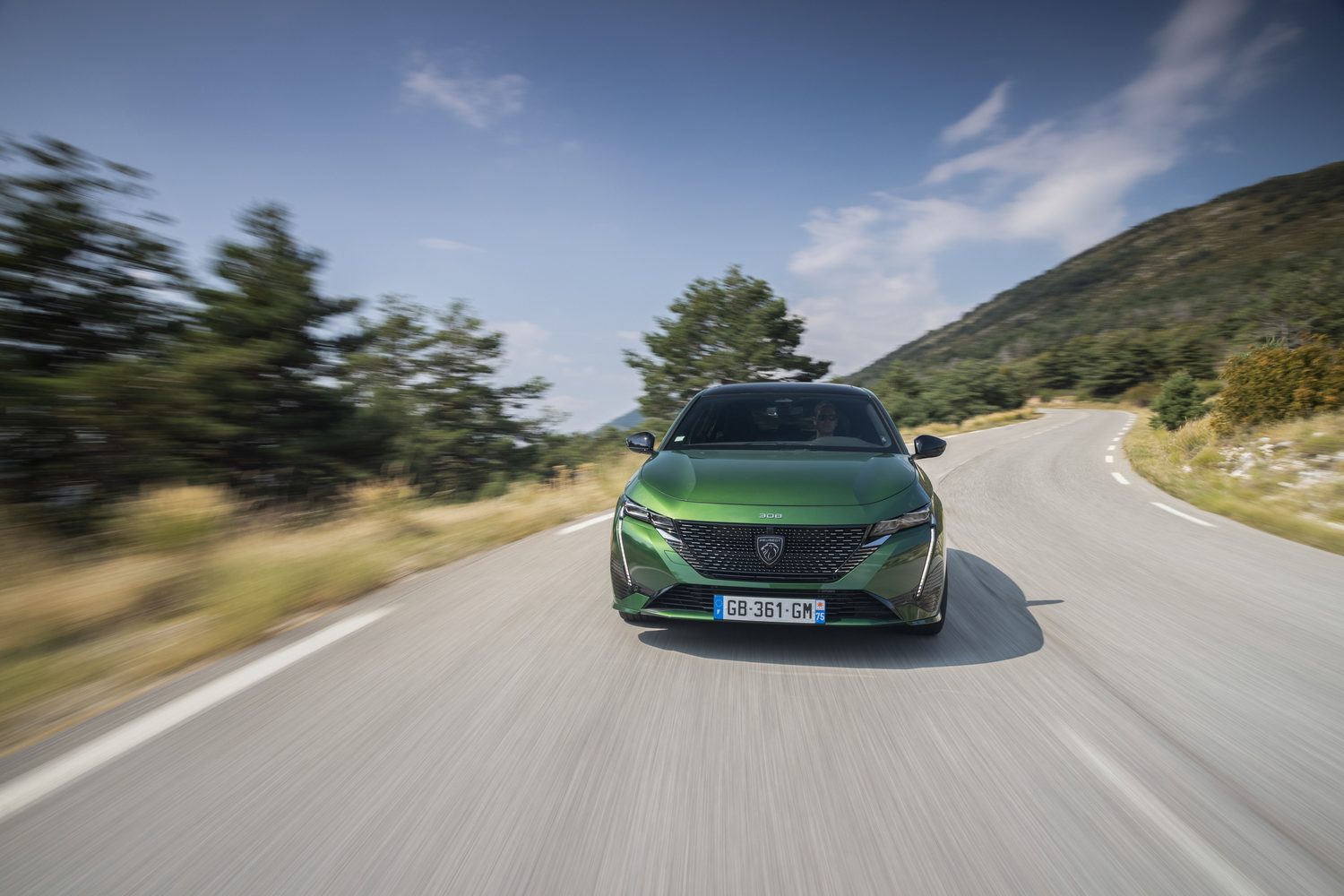 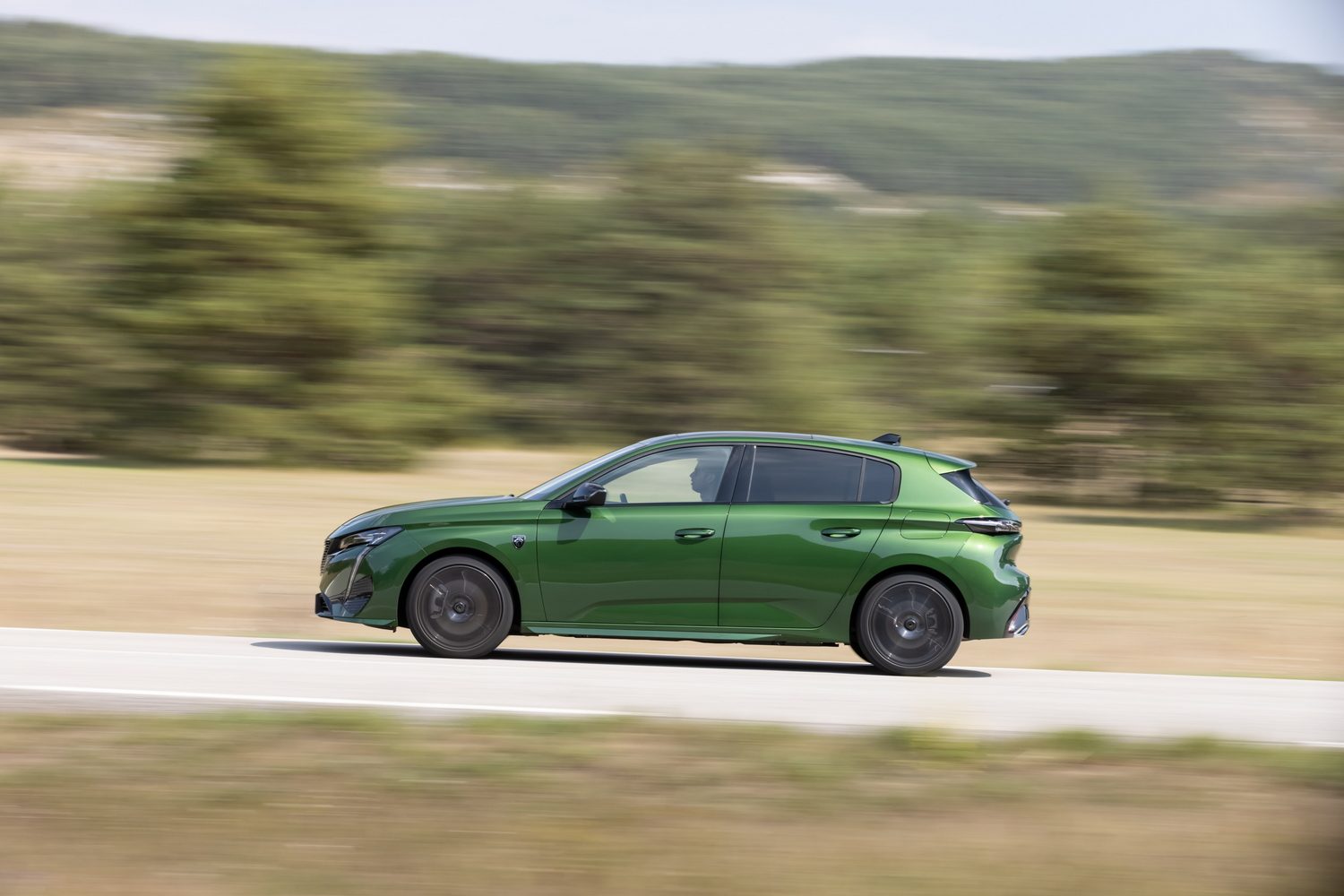 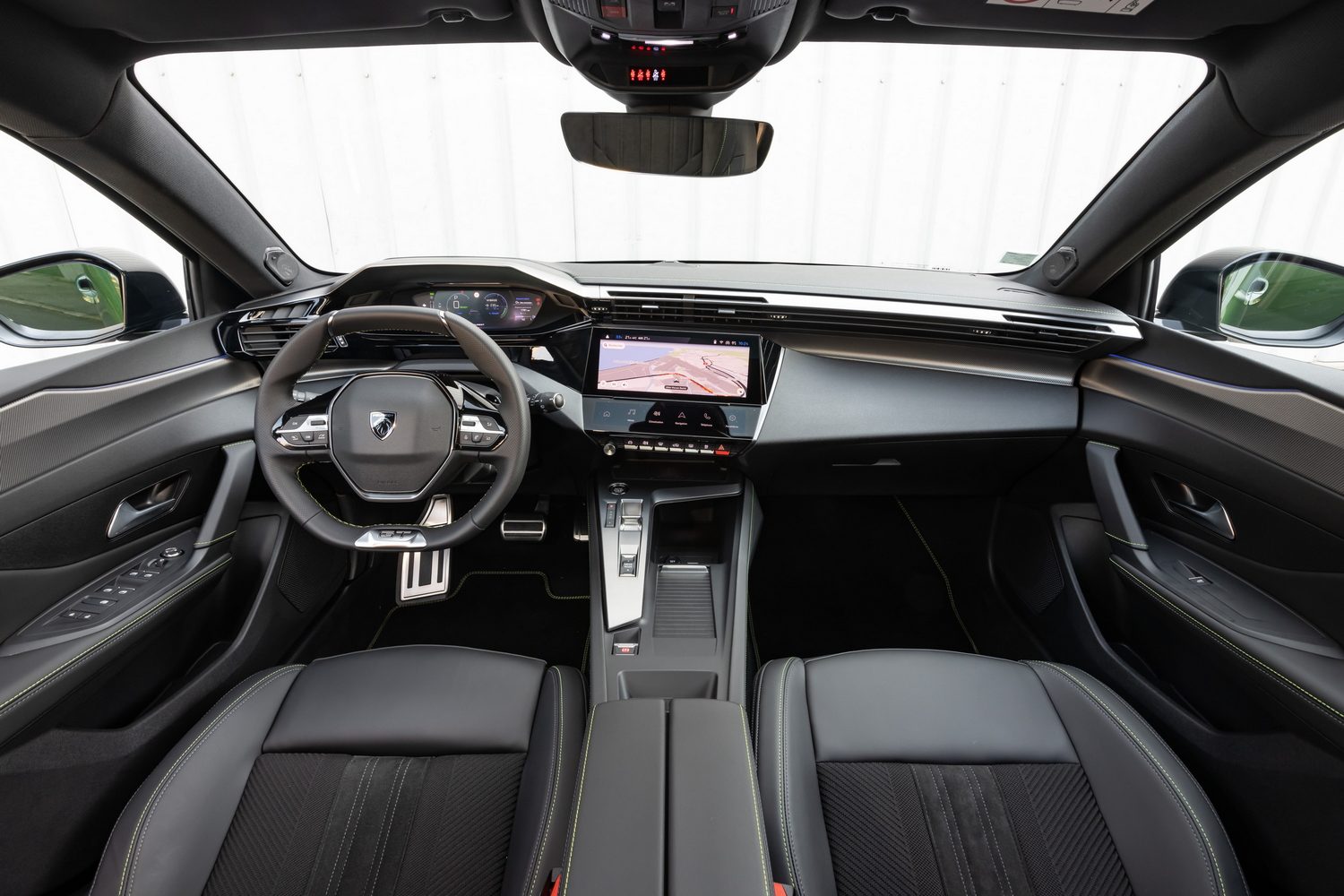 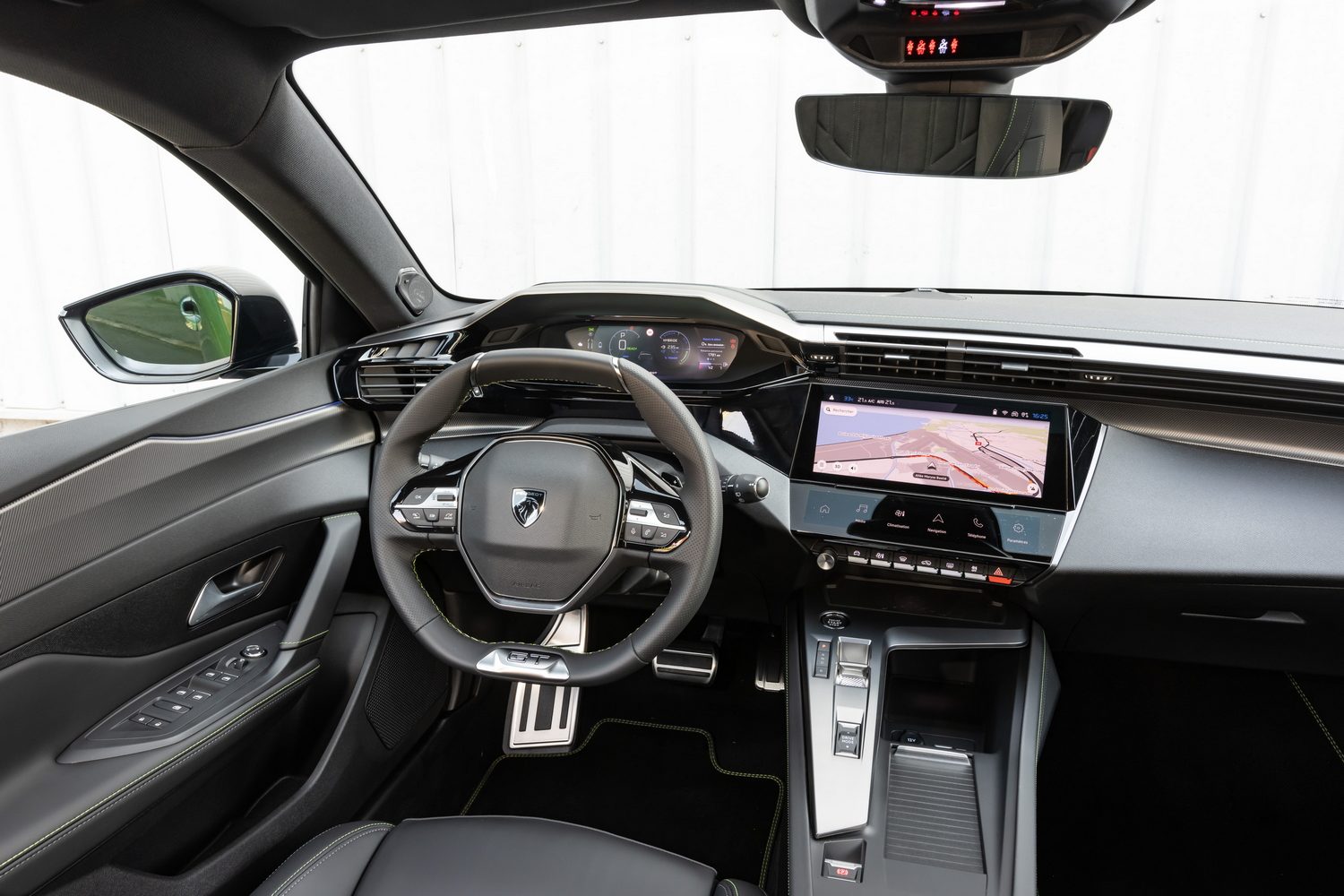 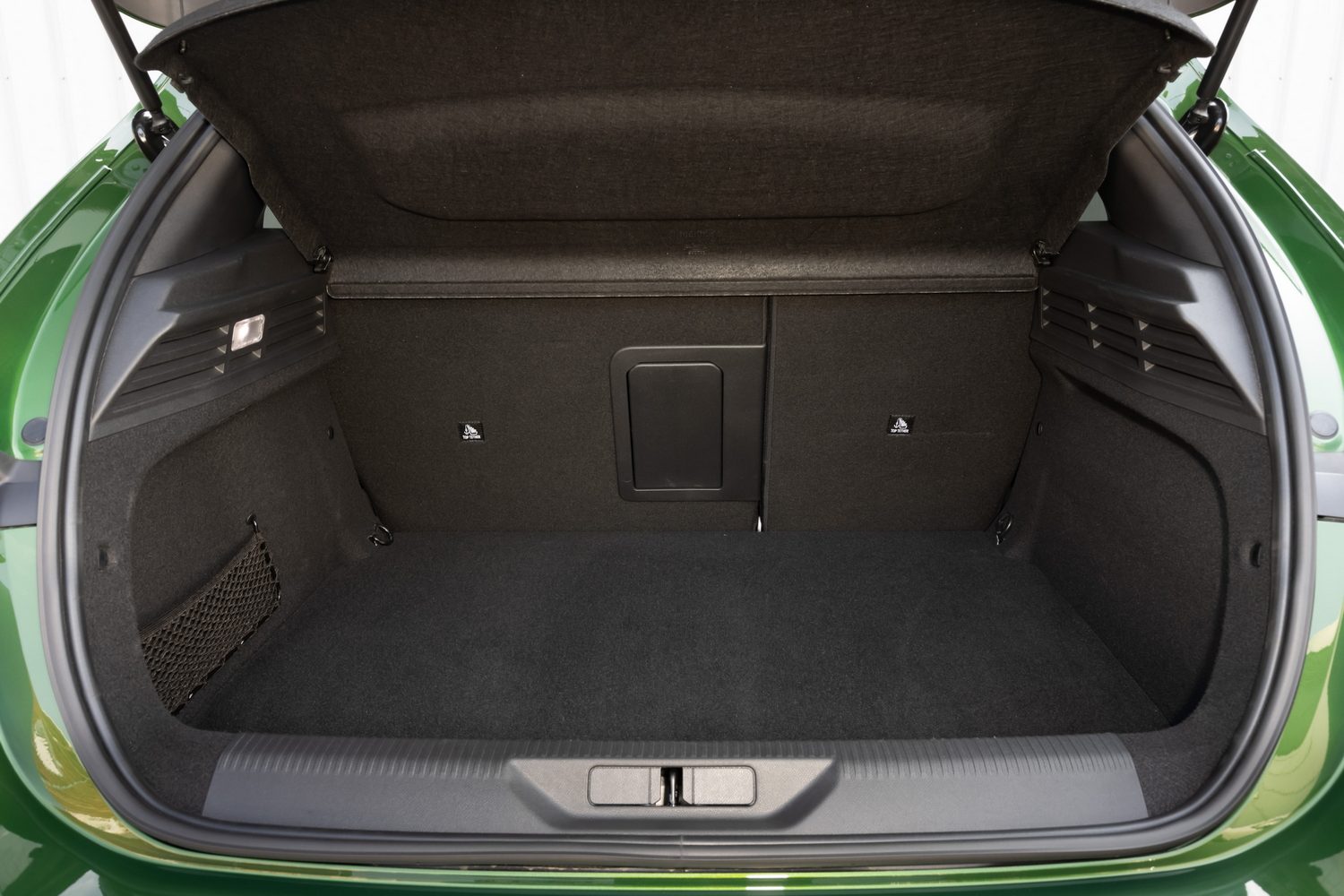 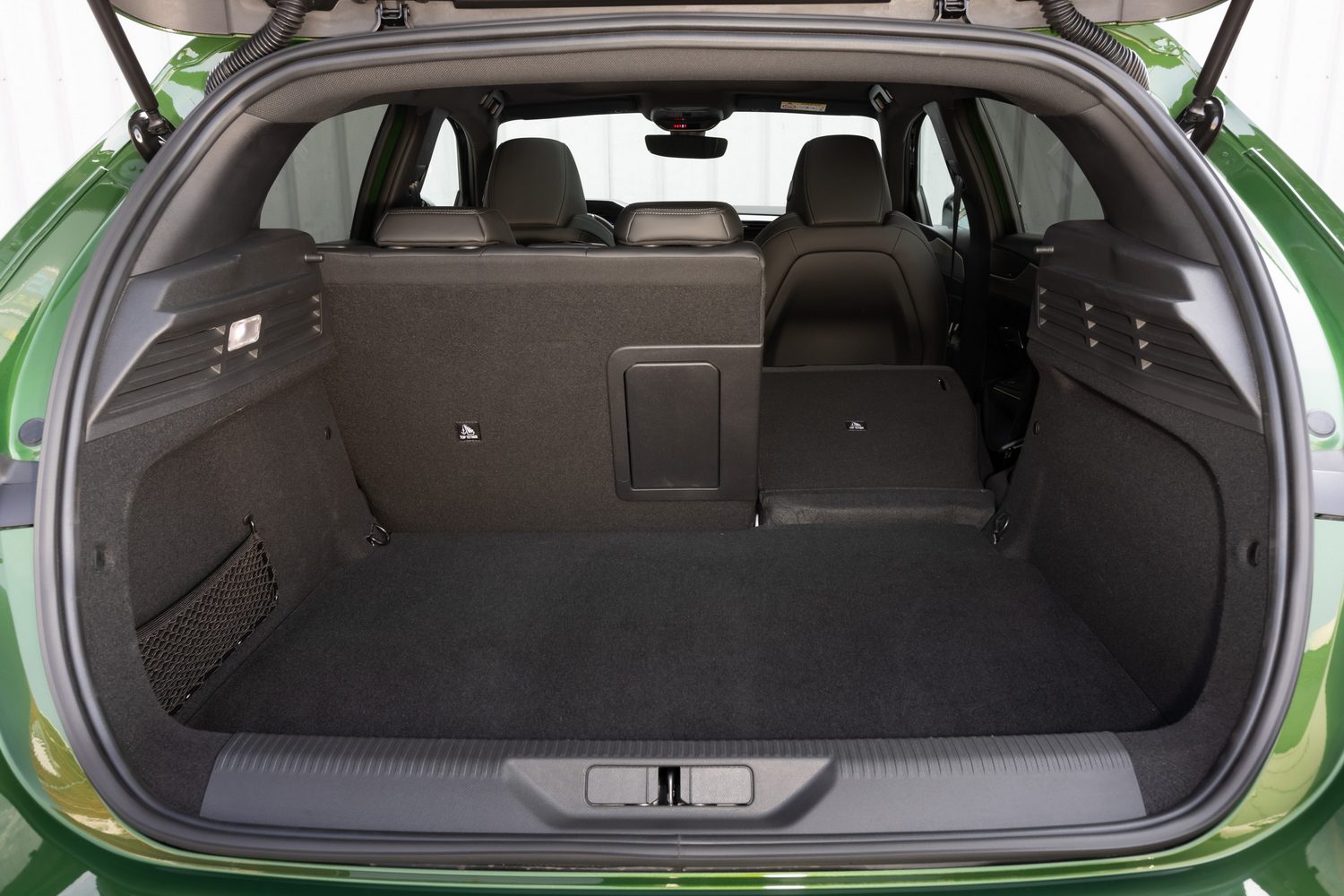 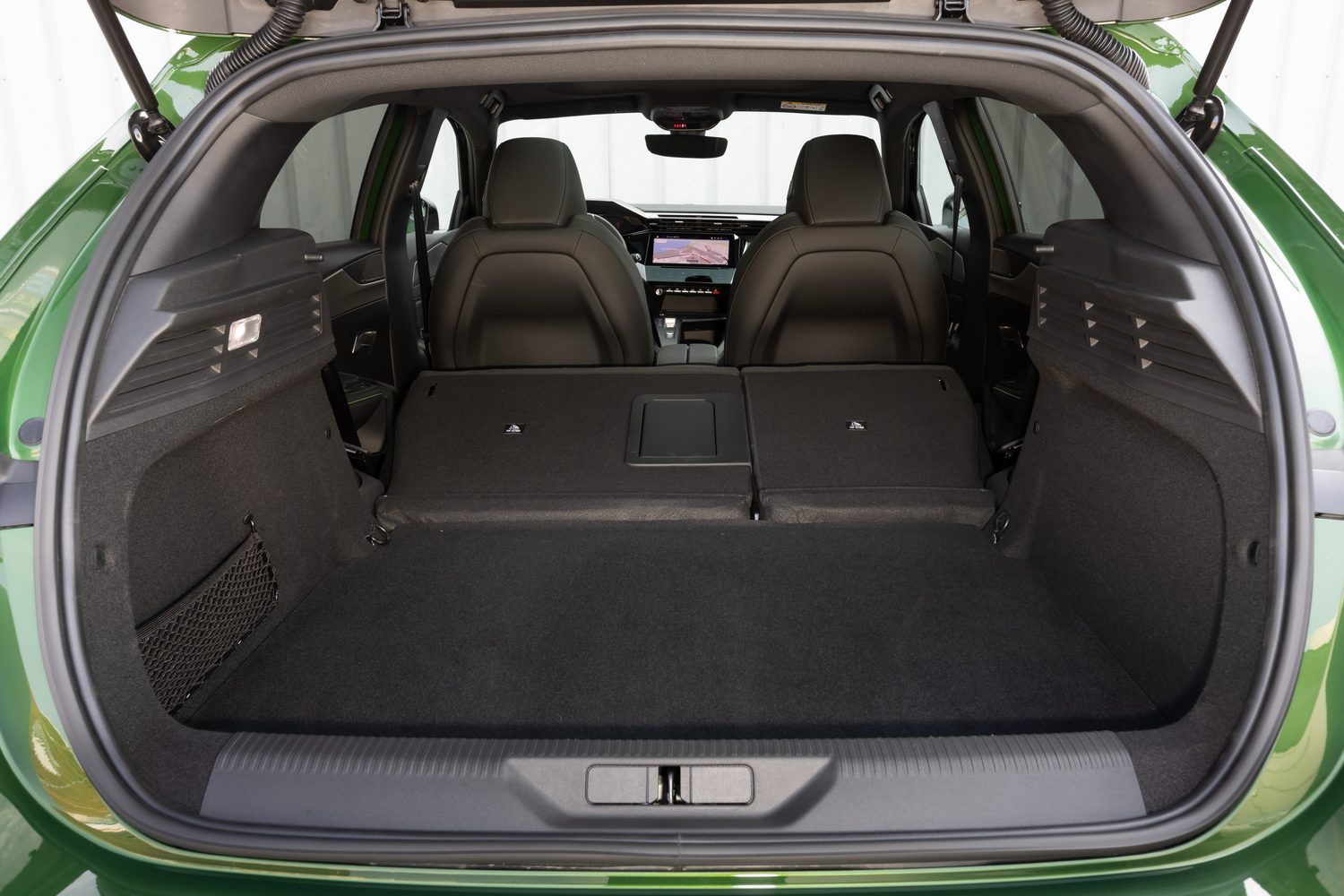 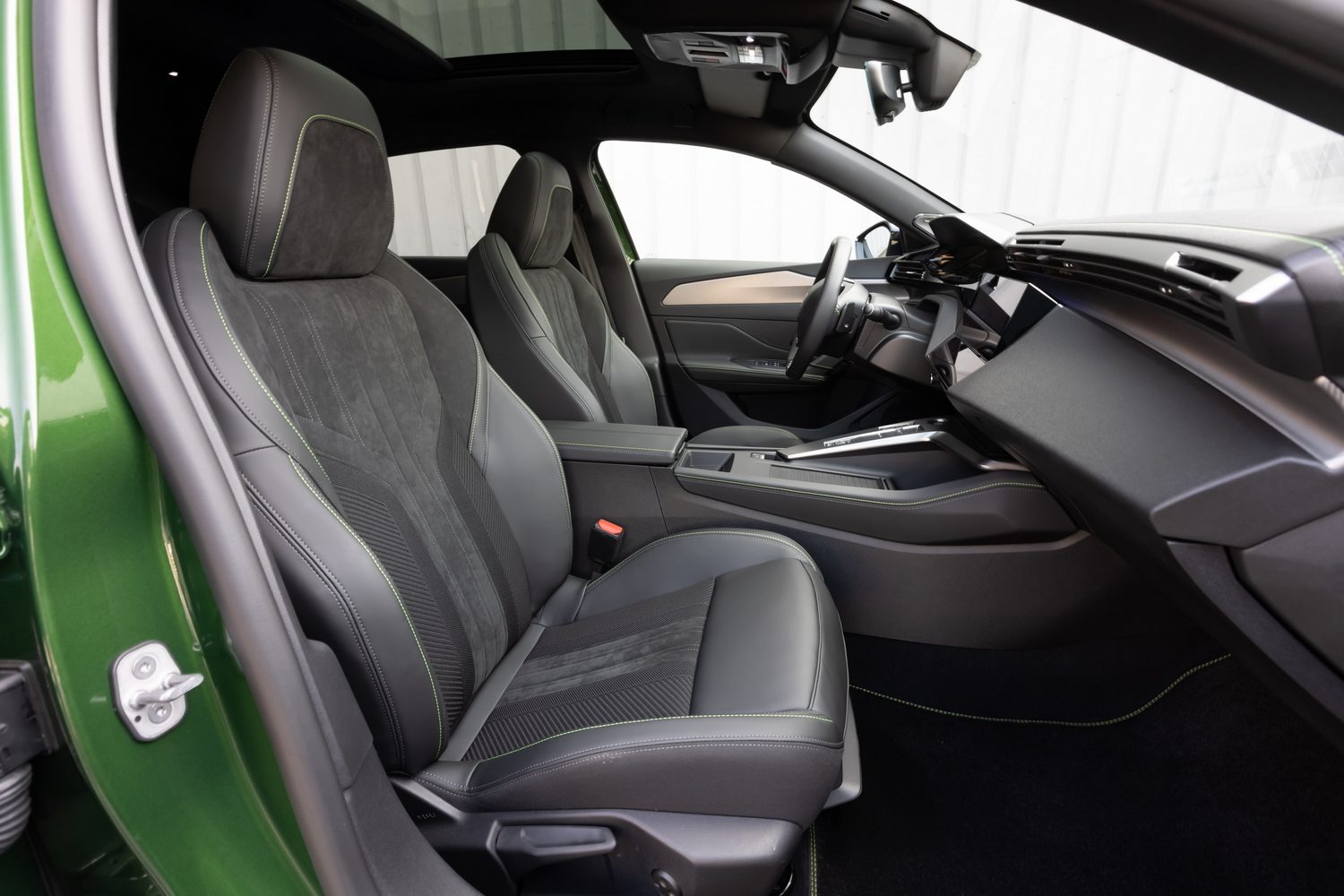 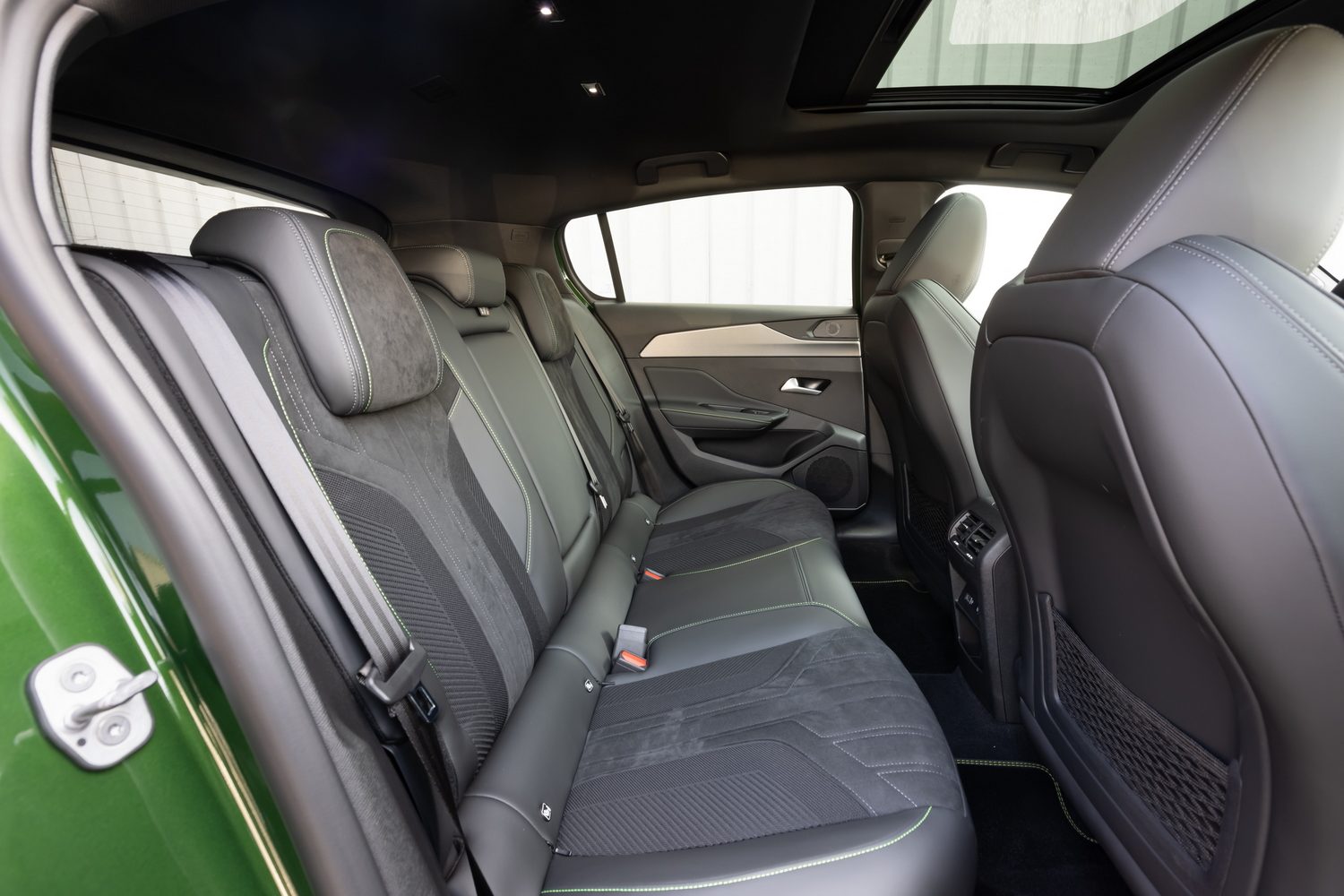 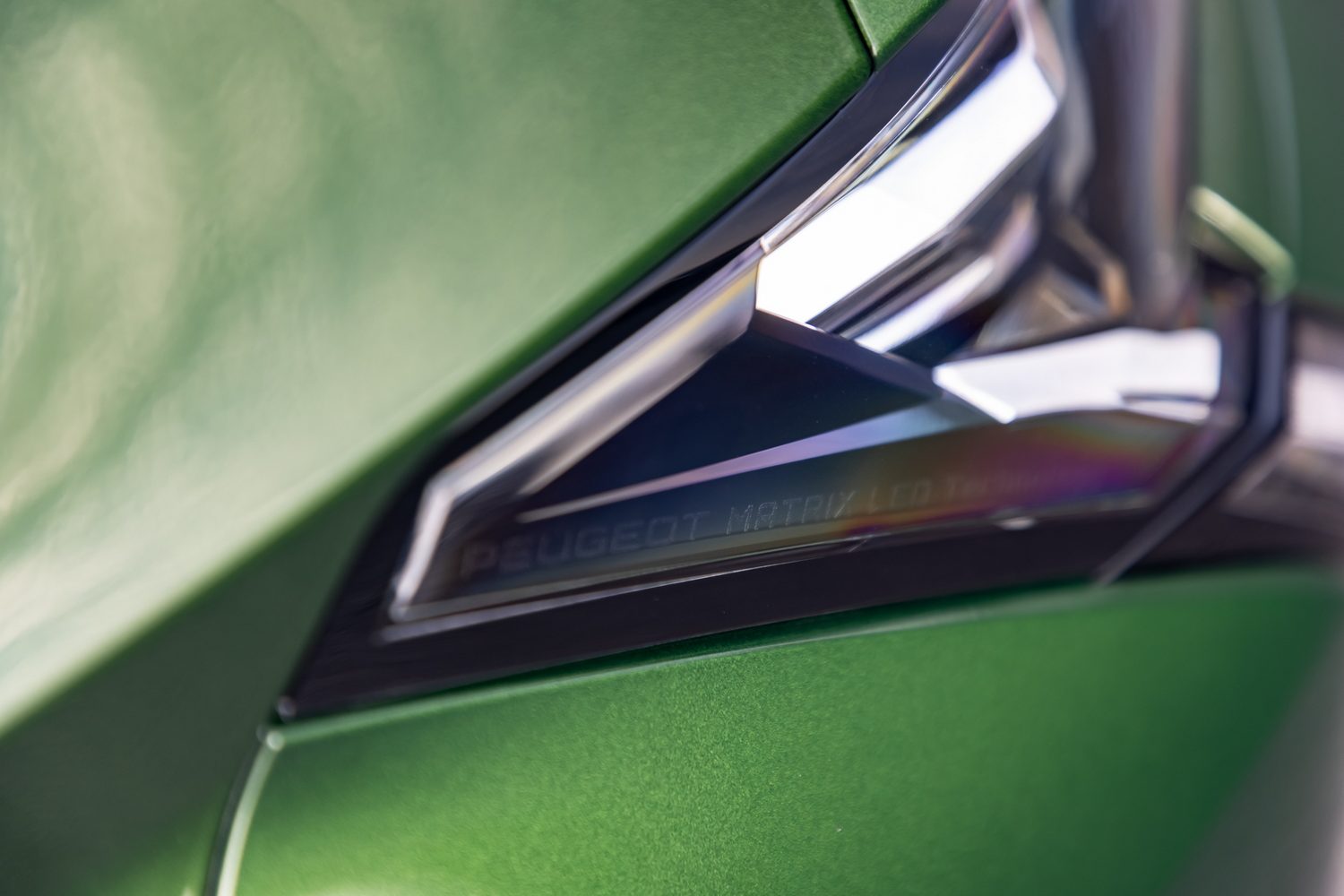 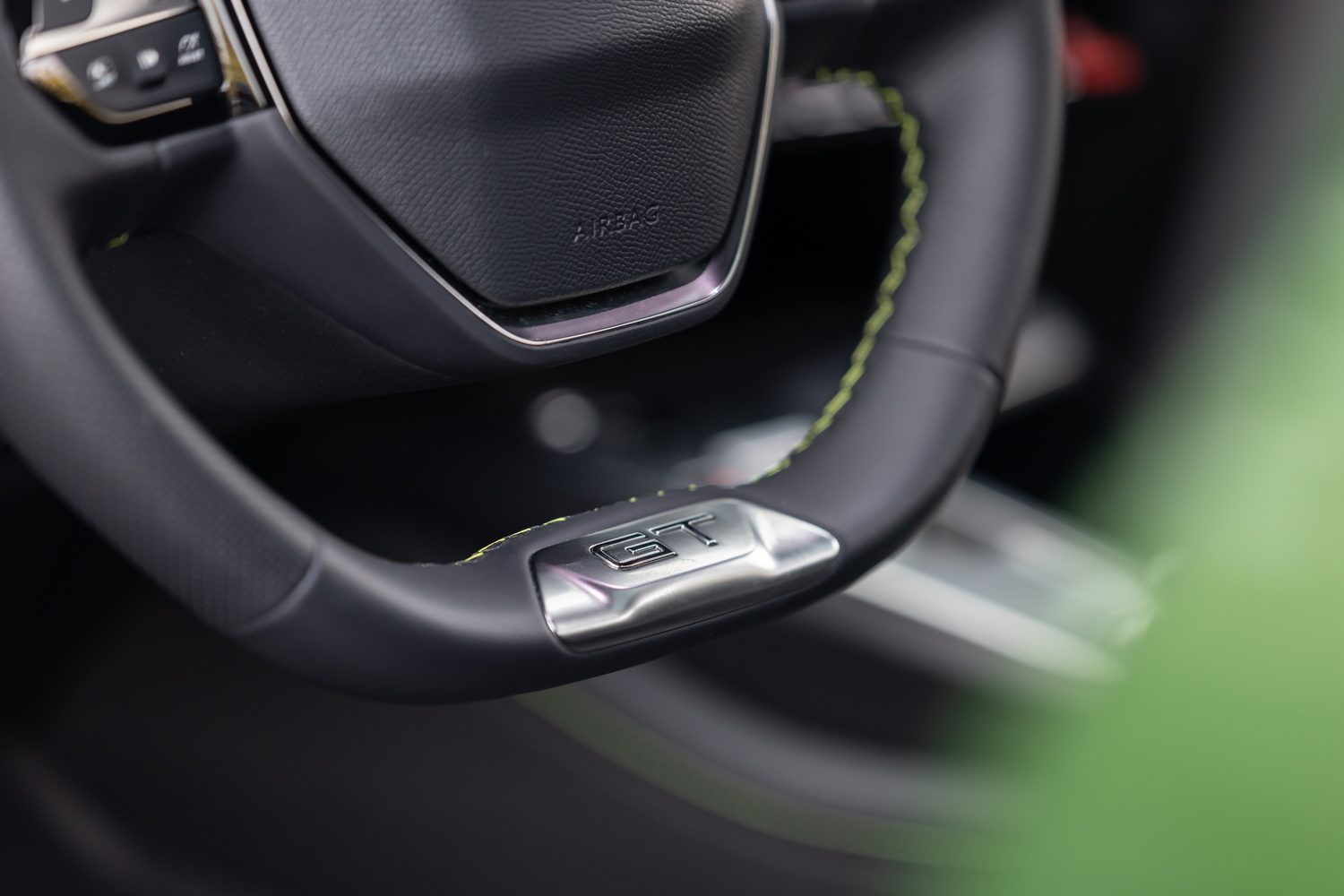 The new Peugeot 308 delivers a masterclass in refinement and is defined by understated and tasteful design.

Previously considered to be one of the also-rans in the fiercely competitive C-segment, the Peugeot 308 returns as an all-new model that goes big on design and sophistication. Marking a new era for the French brand, it is the first model to carry the company's new lion emblem on its nose and will be available from launch with plug-in hybrid models, while a fully electric 308 is due in 2023.

Striking is one of the words that comes to mind when you look at the all-new Peugeot 308 for the first time. Especially when viewing the car from the front, where angular, slender headlights feature LED matrix technology and prominent 'fang' daytime running lights. The grille is also prominent and carries the brand's new emblem, while the 308 badge sits proudly on the leading edge of the bonnet as it is does on Peugeot's other recent models.

The 308 has grown in size, increasing in length by 11cm. Part of that is made up by a longer nose to help improve overall proportions, but usefully there is an additional 55mm of stretch in the wheelbase, which benefits rear passenger space. The roof has come down by 20mm though and this can be felt when sitting in the rear seats. The upsweep of the side windows exacerbates this sensation.

Better still is what greets you in the front, and the dashboard demonstrates Peugeot at its best. Some refinement of the iCockpit seems to help it work more effectively and new detailed graphics add to the upmarket impression. Our GT-spec model featured a metallic finish across the top section that includes the cabin vents and runs through the centre console.

A new 10-inch touchscreen has a much-improved quality, both in appearance and how it reacts to inputs. An optional secondary touch-sensitive panel below this is the same width and half the height, and angled outwards for use as configurable favourites buttons. An optional wireless charging pad is neatly tucked in beneath this, too. There is some carry-over switchgear from the previous 308, but mostly this is for secondary functions like the window controls.

Packaging of the hybrid system means that boot space decreases from 412 litres in the petrol model to 361 litres here. The 308 Hybrid 180 also only gets a 40-litre fuel tank, versus the petrol variant's 52-litre fuel cell.

There are two plug-in hybrid versions of the Peugeot available, and it is the less powerful 308 Hybrid 180 e-EAT8 that we're driving here. As the name suggests, it has a maximum power output of 180hp, along with 360Nm of torque. Those figures are thanks to a 1.6-litre petrol engine working in tandem with an 81kW electric motor, fed by a 14.2kWh lithium-ion battery that resides in the rear of the car.

Fully charged, Peugeot says that up to 60 kilometres is possible using only the battery, and we have little reason to dispute those figures - in mixed driving conditions we managed 56 kilometres with minimal effort, although we were testing the car in warm conditions. Nevertheless, the average commuter should be able to cover most or even a full day's driving without much input from the combustion engine.

Generally, plug-in hybrids are pretty quiet when driving with the electric motor, but the 308 is remarkably hushed. Judicious use of sound insulation, an enclosed underbody and double-glazed front windows result in an exceptionally quiet driving experience. Even the electric motor, which is typically a quiet whirr in most hybrids, sounds distant. The by-product of this is that it highlights how well the 308 appears to be put together. Not a squeak, rub or rattle was evident across several models we drove.

The driving position is a relaxed one and continues with Peugeot's iCockpit layout that uses a smaller (and newly designed) steering wheel with the digital instrument display sitting up high. It does take a bit of jigging and moving to get the wheel and seat optimally setup so you can see the instruments, however.

Outward visibility is reasonable, and Peugeot has a suite of driver assistance aids to help. We found the lane assist to be fairly enthusiastic, applying a correction to the steering wheel at times, though at least you aren't bombarded with an onslaught of beeps and bongs. Adaptive cruise control uses radar hidden behind that new Peugeot logo on the grille. The system is always ready to be activated and displays an 'OK?' next to the current speed limit, needing only a press of the confirmation button on the wheel to start. It can adapt to different speed limit changes as they come into force too with one further button press.

Due to the additional hybrid hardware the Peugeot carries more weight. In comparison to the regular petrol version the Hybrid 180 weighs 349kg more, though it hides it well. Drive through a series of bends and you'll experience little body lean or obvious weight transfer. While the suspension setup is slightly firmer to compensate for the added weight, it retains an acceptable level of comfort.

The sensation of quick steering response is heightened by the smaller diameter steering wheel. Electrical assistance ensures a fine amount of ease in manoeuvring the car at slower speeds yet out of town and on more involving roads there is sufficient feedback and weighting to satisfy most drivers. This setup bodes well for any future higher-performance variants.

Even with the 1.6-litre engine firing, the 308's cultured ambience isn't interrupted, and it delivers sufficient performance without needed to be pressed into harder work. Gear changes come smoothly under partial throttle load and the eEAT8 is up there with the better automatic transmissions. Using the battery-saving 'B' mode increases energy recuperation and brings a sort of one-pedal driving feel, which is great for adding to the battery range and maximising use of the electric motor.

Even with a depleted battery, the 308 retains a hybrid drive function, recuperating dispensed kinetic energy where possible and using the battery and electric motor when moving away from rest. As the 308 alternates between its motors it does so with little fuss. The gentler you are with the accelerator pedal the better the overall experience.

Irish pricing for the Peugeot 308 hatchback starts at €31,765 for the Active 1.2 PureTech 130 auto model, and the line-up is easy to get to grips with. That 1.2 is the only purely-petrol option and, like all versions of the 308, it comes with an eight-speed automatic gearbox as standard.

All three of those powerplants are offered in Active, Allure and GT specifications, while the 225hp plug-in hybrid model is exclusively available in GT trim.

Peugeot Ireland has been generous with the equipment levels across the board.

This 2022 Peugeot 308 is now right in the mix with some of the segment's heavyweights, like the Volkswagen Golf and Ford Focus. It's easily as good as them in terms of design, build quality and now refinement. The plug-in hybrid is a compelling option instead of the regular combustion engine variants and bodes well for the forthcoming fully electric version. Très bon, Peugeot. 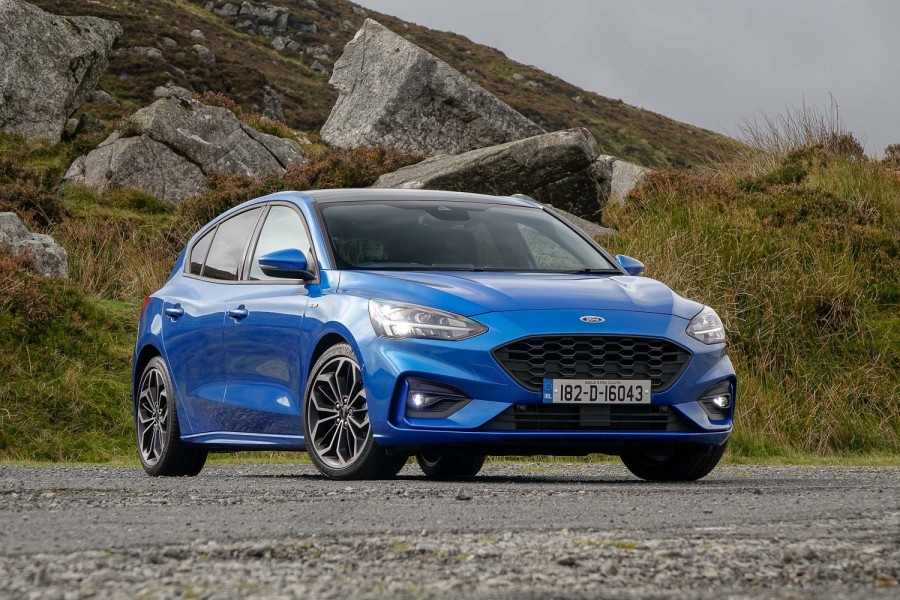 Ford Focus 1.5 diesel ST-Line review
Ford Focus vs. Peugeot 308 Hybrid 180 GT (2022): despite the lack of a plug-in hybrid model, the Ford Focus is every bit as good to drive as the 308, and nudges a nose in front when being driven quickly. However, it lacks the Peugeot's interior quality.

Skoda Octavia iV hybrid (2021) review
Skoda Octavia iV vs. Peugeot 308 Hybrid 180 GT (2022): the Octavia gets an advantage in terms of interior space by side-stepping the traditional hatchback design. It's a competent car, and its hybrid system easily matches the 308's. 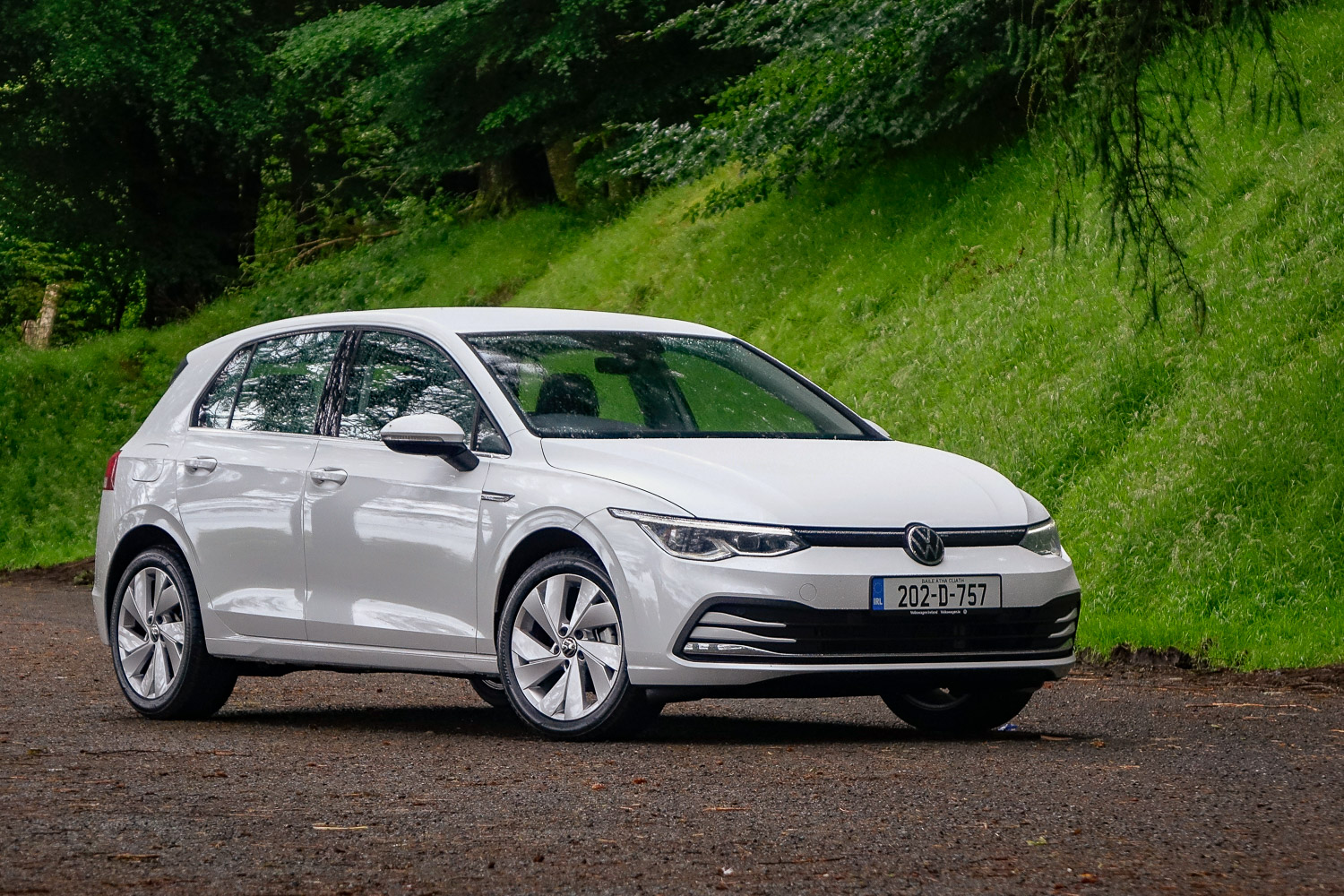 Volkswagen Golf 2.0 TDI 150 (2020) review
Volkswagen Golf vs. Peugeot 308 Hybrid 180 GT (2022): a long-time benchmark car for the segment, this eighth-generation Golf lacks desirability in its design. It feels like a half-hearted effort compared to the 308, which also feels more refined than the Volkswagen.