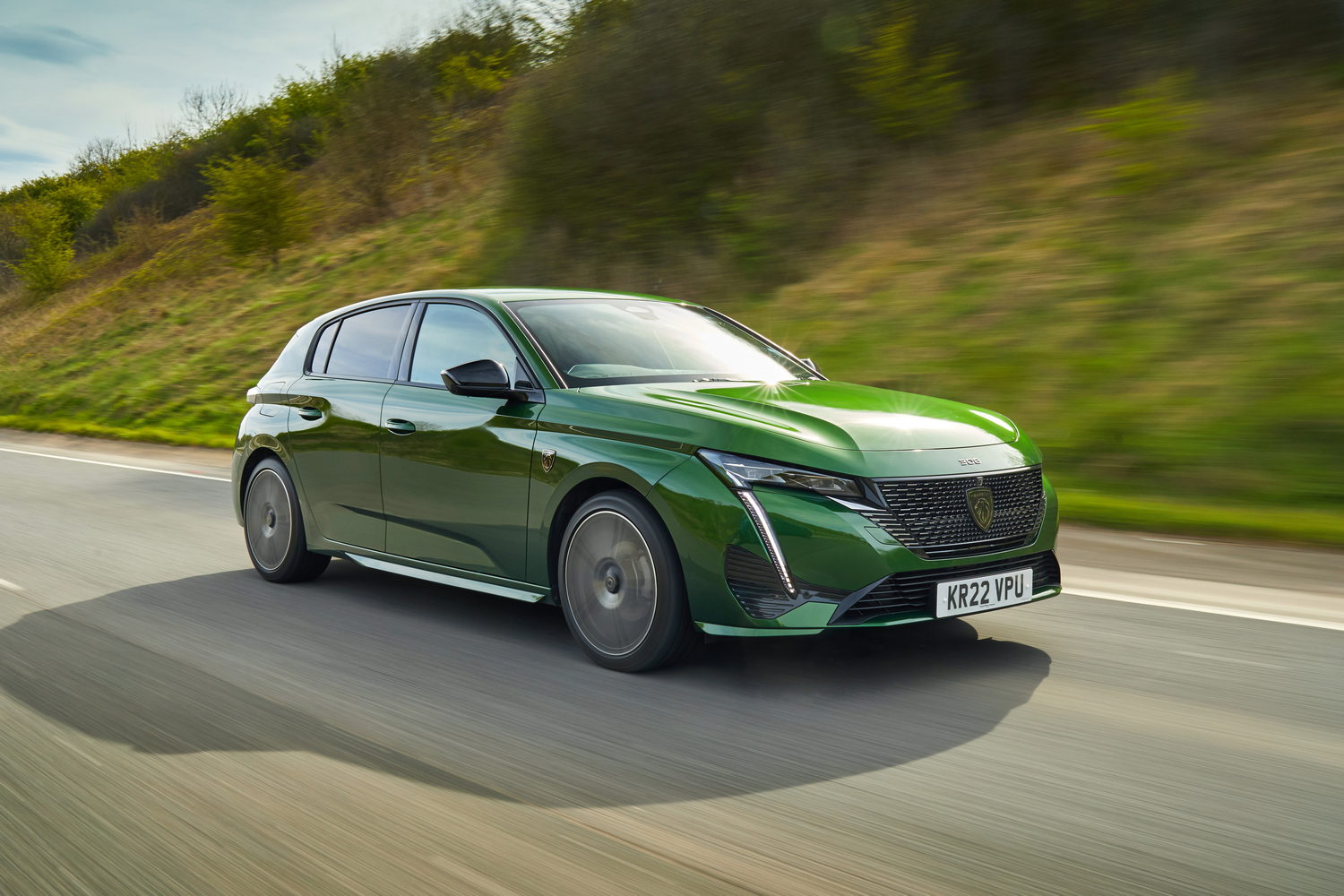 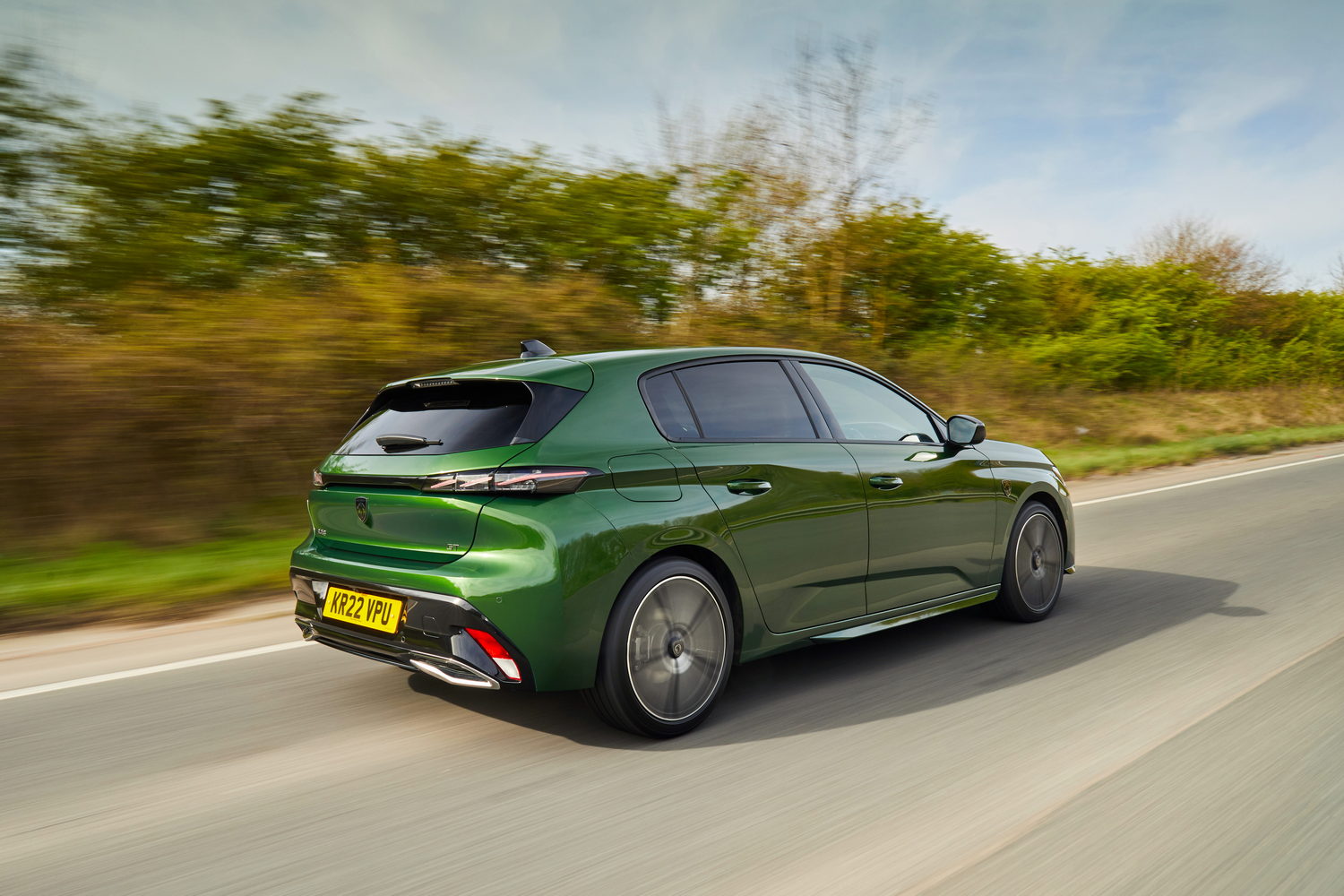 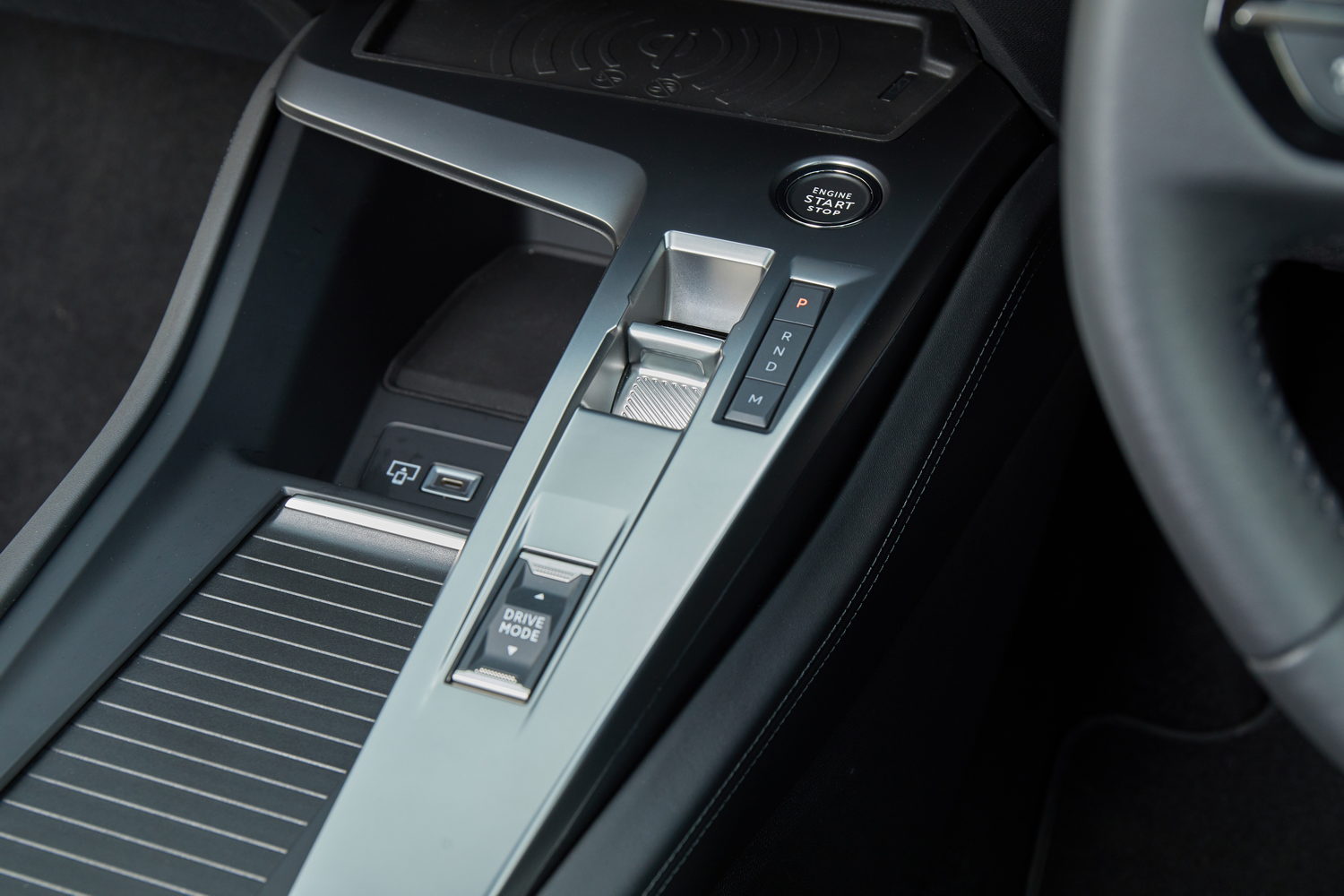 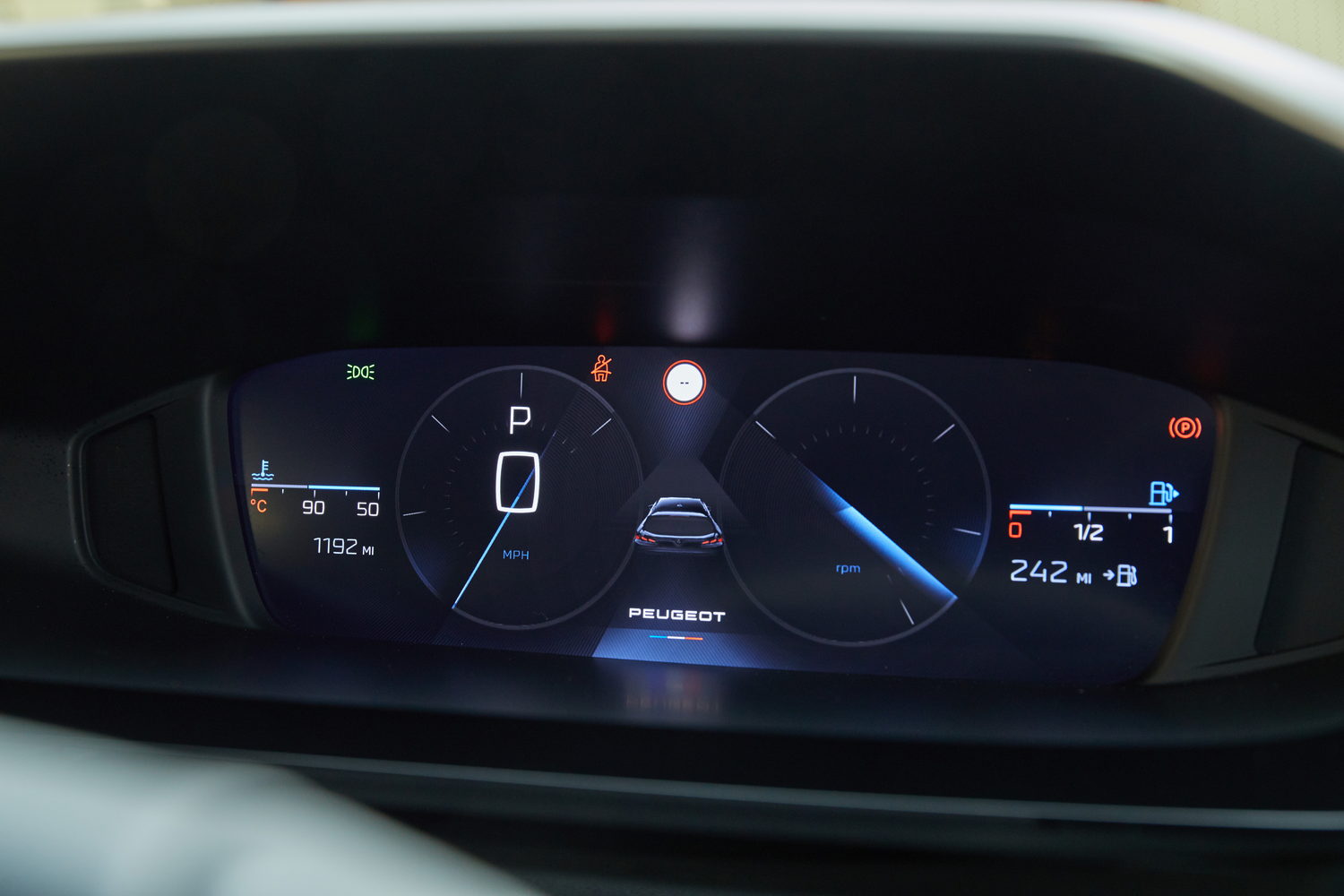 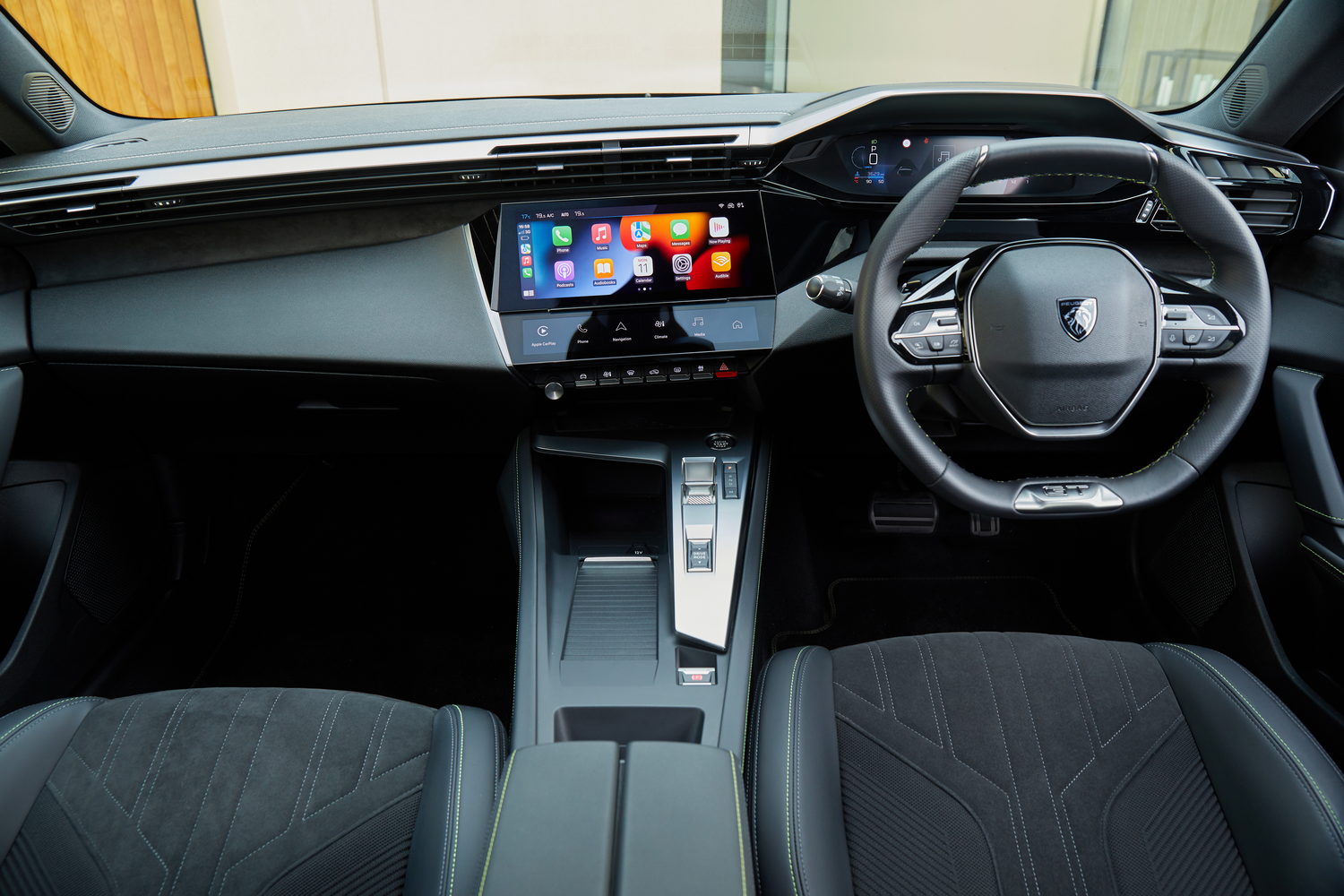 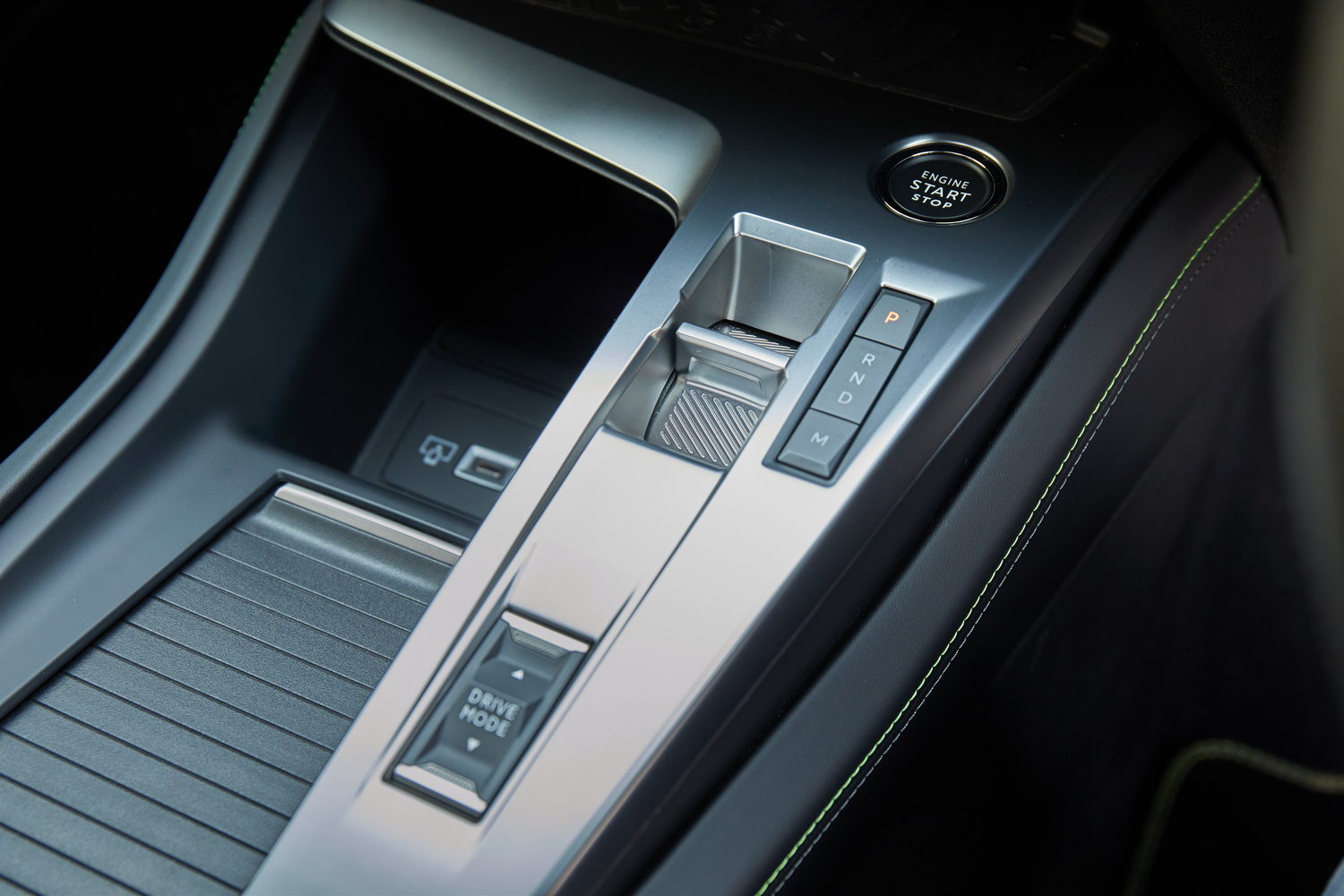 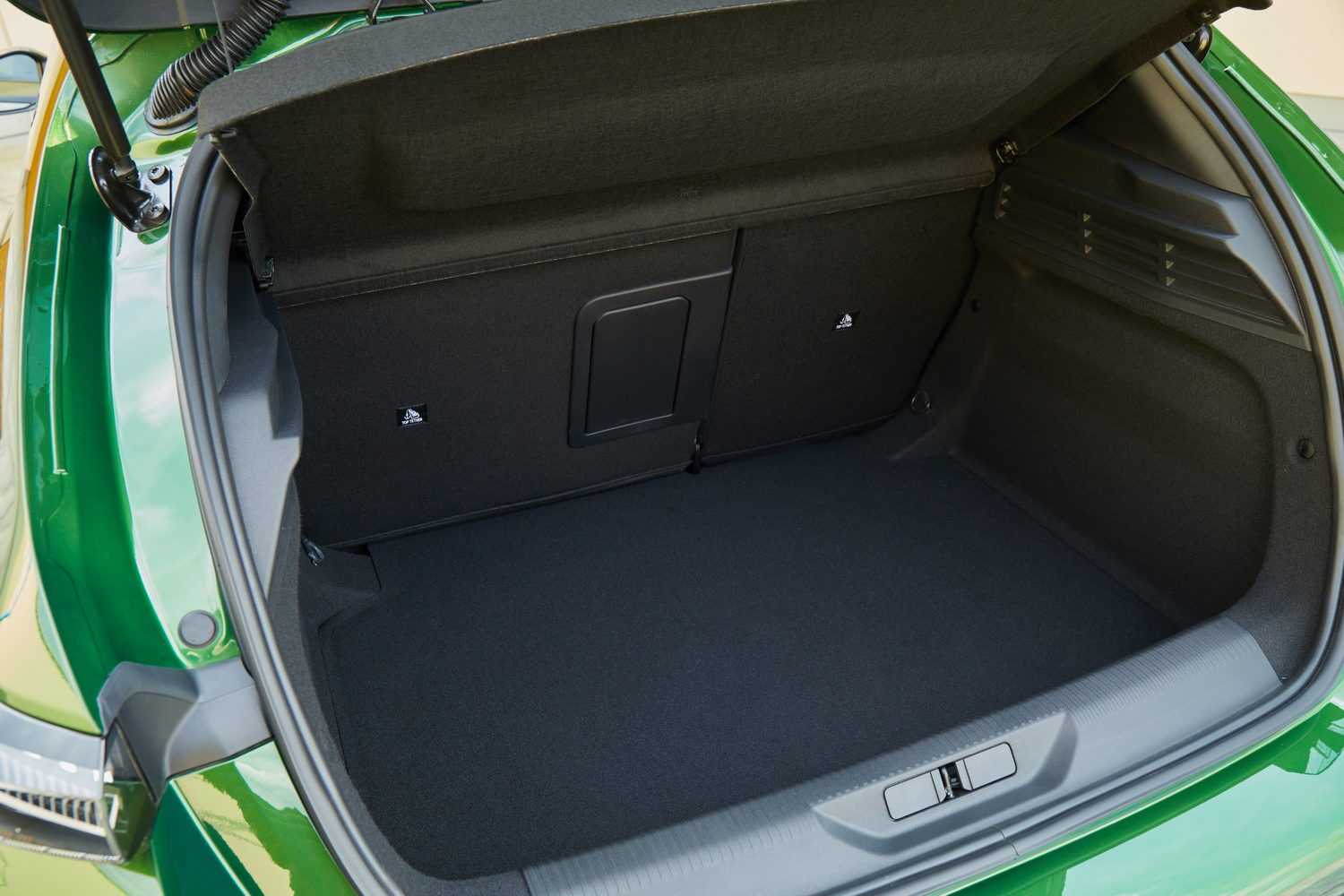 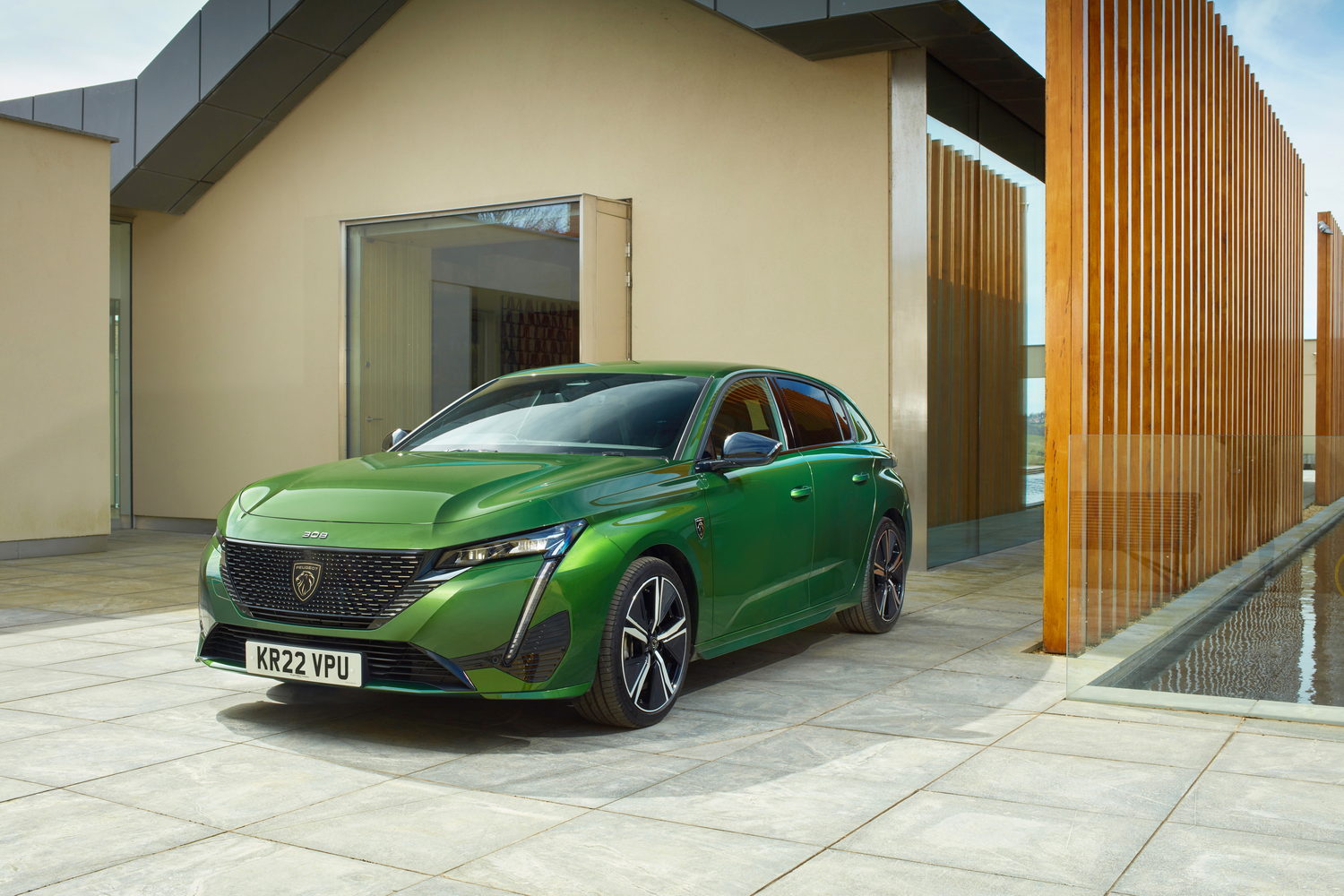 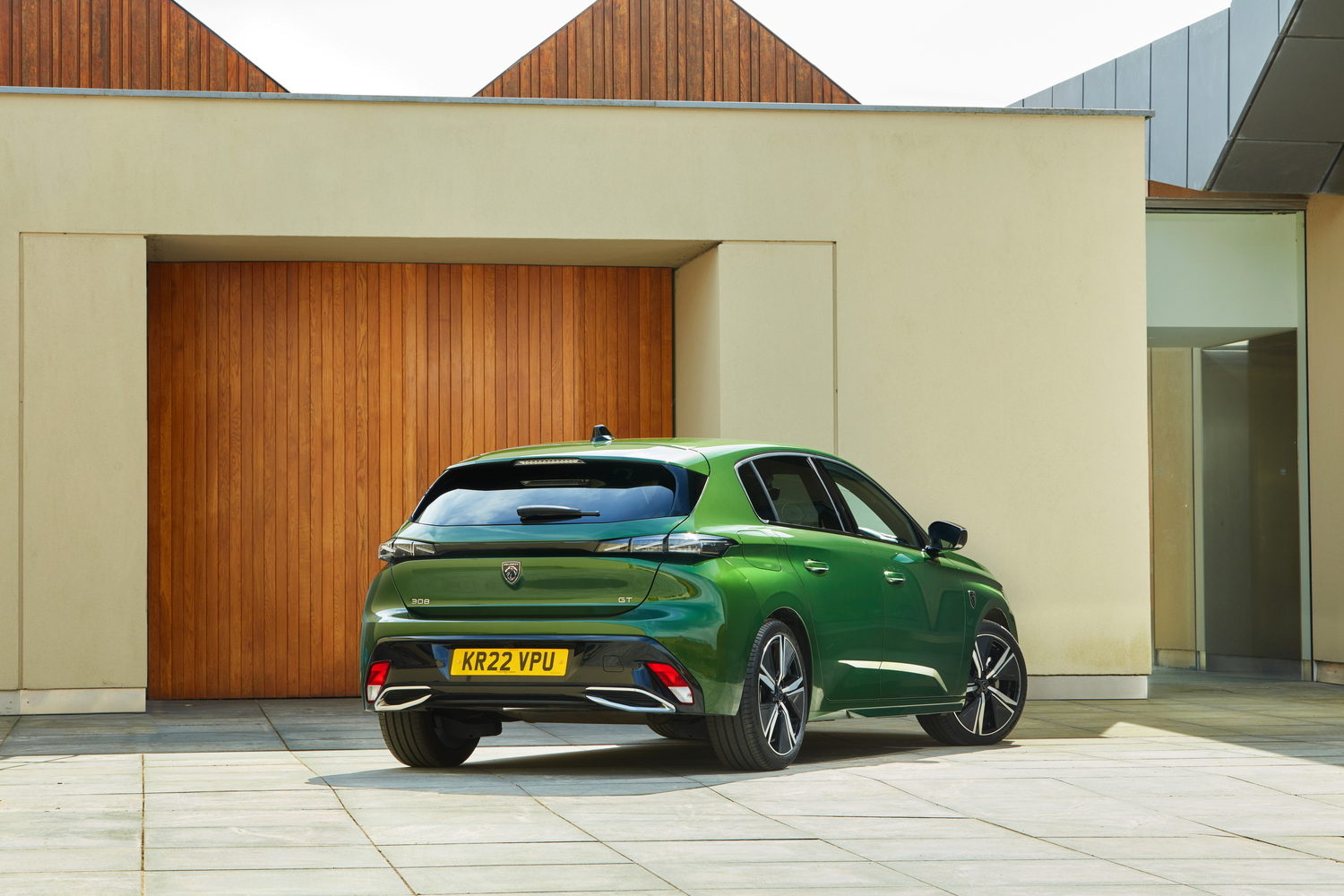 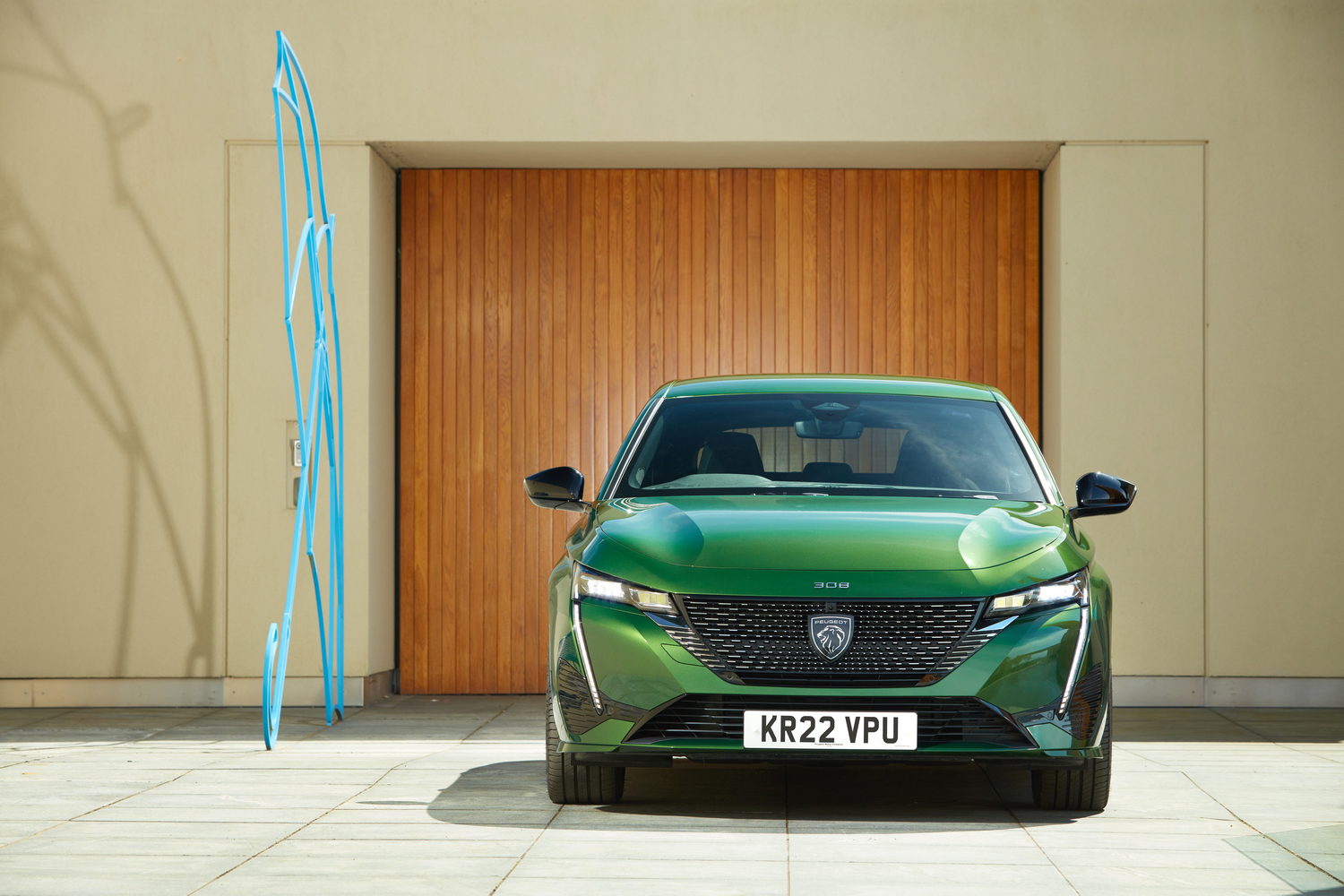 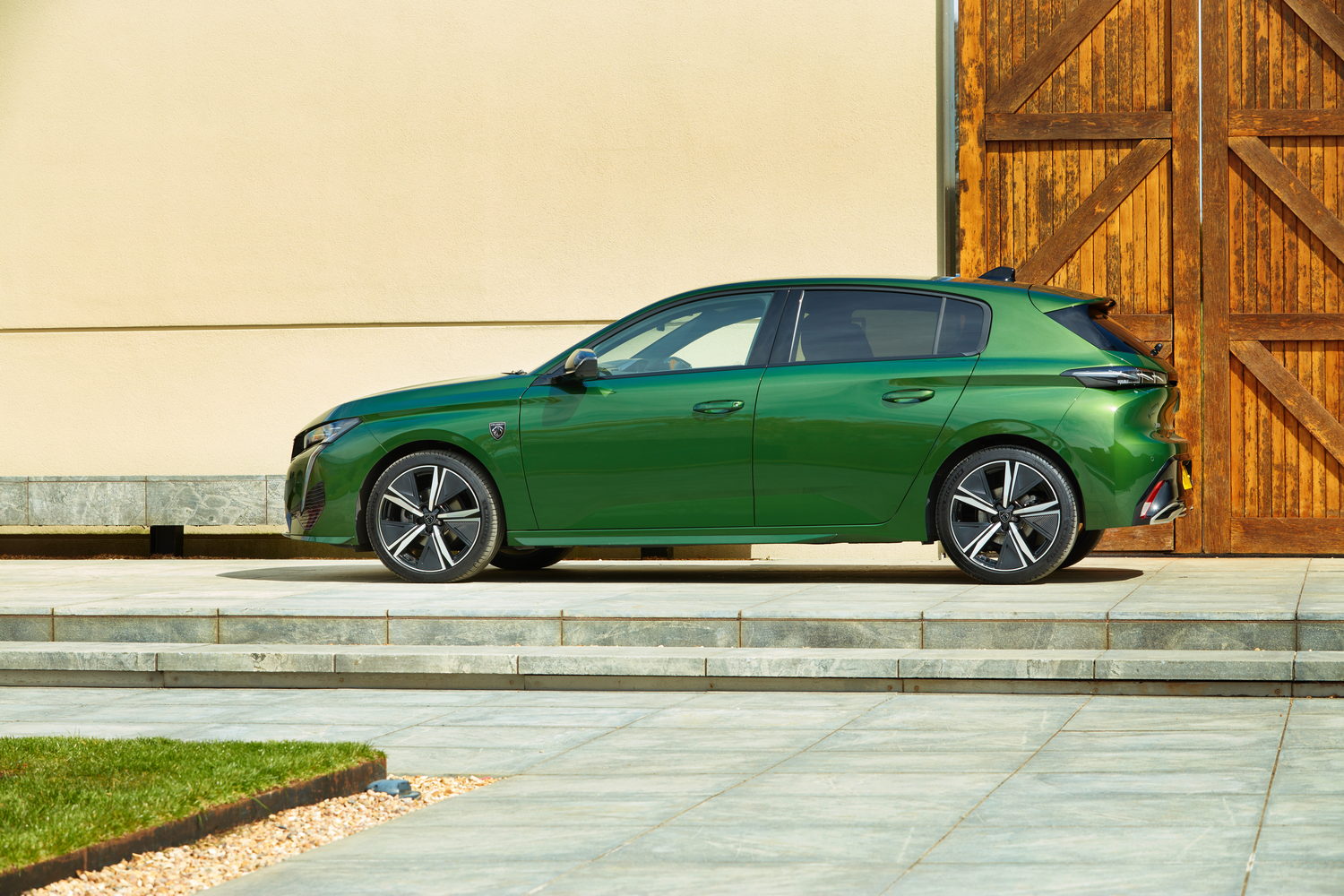 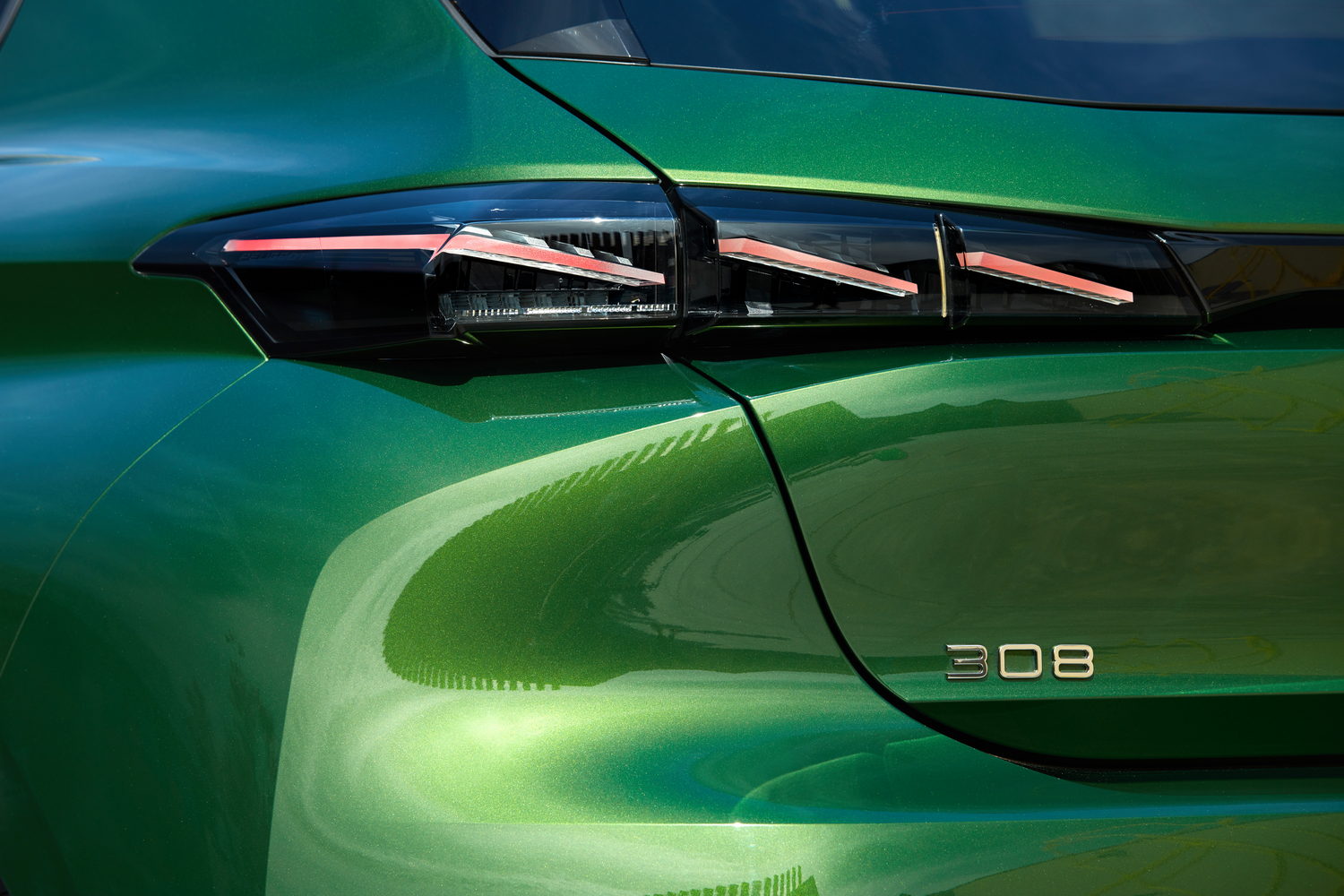 Does the stylish new Peugeot 308 work as well in purely petrol form?

We've already driven the Peugeot 308 and come away impressed. Our first drive of the high-end plug-in hybrid version suggested the French family hatchback could mix it with the likes of the Volkswagen Golf and Ford Focus, but a left-hand-drive example on European roads is not necessarily indicative of how a car will cope in Ireland. Now, though, we've tried a right-hand-drive example with the basic 1.2-litre petrol engine to find out whether a more conventional engine will reduce or increase the Peugeot's appeal.

There was a time when Peugeot hatchbacks looked as though they'd fallen from the ugly tree, hit every branch on the way down and then been beaten back into shape by someone from a rival manufacturer. Yes, Peugeot 1007, we're looking at you. But those days are thankfully gone, and Peugeot is now building some of the best-looking cars on the market.

The 508, 5008 and 3008 are all easy on the eye, as is the new 2008 and the little 208 supermini. The new 308 has followed its siblings, getting the LED 'fangs' down the bumpers and the spotty grille, along with more chiselled bodywork and the full-width rear light cluster. It also comes with Peugeot's new lion emblem, which sees the old poser replaced with a more regal lion's head motif on a black shield.

Overall, the 308 is perhaps not as successfully styled as some of its siblings - the 508 seems to wear the look a little better - but it's still a handsome beast alongside the staider offerings from Volkswagen, Ford and Kia. Admittedly, it doesn't have the funkiness of the Citroen C4 with which it shares a surprising amount, but then it's probably more likely to appeal to a wider range of consumers.

The interior, on the other hand, might prove a bit more divisive. The tiny steering wheel won't suit all drivers, and nor will the high-set instrument dials that are designed to make the car feel more like a go-kart. Depending on your body shape, the result can be quite an odd driving position that feels a little alien and takes some getting used to. Peugeot has tried to clean the dashboard up slightly by removing most of the buttons and hiding their functions in the touchscreen, but it has given the 308's interior a selection of tiers and materials and design features that seem to undo the company's attempts at minimalism.

Customers unused to modern Peugeots might also find the build quality quite surprising, but for all the right reasons. The materials on display are generally very good, with tactile fabrics and some squidgy plastics, although the surfaces sometimes conspire to look less premium than they feel. However they look, though, they're all well screwed together, giving the cabin a feel of solidity closer to that expected of a Volkswagen than a French family hatch.

But the desire to consign buttons to the annals of history has left the 308 with one or two ergonomic issues. The touchscreen is quite crisp, and the configurable touchscreen hot key things work surprisingly well, particularly given the clunkiness of the old 308's infotainment system. The new one is a definite upgrade, but it still gets caught on the hop occasionally, meaning it can take a few seconds before your commands are obeyed. As such, it still isn't on a par with systems in modern Fords and Kias, but it's on a par with (and possibly marginally ahead of) the latest Volkswagen Group systems.

Perhaps Peugeot has sacrificed some of the rear cabin space in pursuit of boot space, which is much more plentiful. The 412-litre luggage bay is not class leading, but it's a more generous space than you'll find in the back of the 308's main competitors, the VW Golf and Ford Focus. And if you really want more boot space, hold on for the 308 SW estate, which will increase the carrying capacity by about 200 litres.

We were impressed by the mid-range, 180hp plug-in hybrid 308 we drove last year, and this 131hp petrol version proved even better. The PureTech 130 motor is a 1.2-litre, three-cylinder, turbocharged unit that's hard at work in various Peugeots, Citroens and Opels these days, and it's a peach. It produces a characteristic three-cylinder thrum when it's pushed, but it's smooth and more than powerful enough to pull the 308. Officially, the 0-100km/h time is a respectable-but-unremarkable 9.7 seconds, and the Peugeot certainly feels punchy enough to keep up with traffic, although it does run out of puff after a little while.

More importantly, it's refined and quiet on the move, and the eight-speed automatic gearbox that comes as standard with this engine is generally fairly good. It has the odd inconvenient 'moment' when you want to pull away quickly, which is perhaps a result of pairing an automatic gearbox with a little 1.2-litre engine, but it isn't too bad.

The combination is also pretty efficient, with official tests showing the car will burn between 5.4 and 6.5 litres of petrol every 100km. That's nowhere near as impressive as the hybrid's official figures, but in the real world and on longer drives it'll be potentially less costly at the pumps. In fact, it's parsimonious enough to make the pricier 1.5-litre diesel options look a bit pointless.

And because the petrol-powered 308 is lighter than the hybrid, it's also more comfortable on the road, with a really well-judged ride that's supple and mature. The hybrid is comfortable too, but like most plug-in cars, the weight of those batteries seems to make it sag into potholes a little, whereas the petrol-powered car just soaks up the bumps nicely. Perhaps such comfort is only to be expected of a French family car, but it makes the 308 one of the comfiest hatchbacks you can buy.

Normally, French cars might achieve that comfort by sacrificing any attempts to handle properly, and though the 308 is certainly set up for comfort, it still drives well. The steering is a bit too light and there isn't much in the way of feel for what the front wheels are doing, but grip is plentiful, and the car doesn't wallow or lean too much in corners. It can't match the Mazda3 or the Ford Focus for driver engagement, but considering how well it rides, the 308 isn't bad at all.

It's good around town, too, where the light steering comes into its own, making the Peugeot easy to manoeuvre in tight spaces, while the automatic gearbox makes traffic less troublesome than it otherwise might be. The rear-view camera fitted to more upmarket models such as this GT model isn't the sharpest, but it does come in useful for improving rear visibility when parking.

The entry-level 308 Active starts at €31,765 in Ireland, which puts the 308 a little above the cheapest VW Golf in terms of pricing. However, whereas the basic Golf gets a 1.0-litre, 110hp engine and a manual gearbox, the Peugeot comes with this 130hp PureTech engine and an automatic transmission. Like the Golf, though, it's generously equipped with everything you really need, including air conditioning, rear parking sensors and alloy wheels, plus the Android Auto and Apple CarPlay smartphone connectivity systems. Keyless engine start and automatic lights and wipers are all included, too.

Moving up to the Allure trim takes the price to €35,705, but you do get a reversing camera, larger alloy wheels and keyless entry in exchange. The mid-range model also comes with navigation and part-leatherette upholstery. Finally, the range tops out with this GT model, which costs €39,215 and comes with even larger alloys, a dark chrome grille and dark roof lining.

This latest-generation 308 picks up where its predecessor left off, proving a worthy adversary to the likes of the Golf, Focus and Leon. There was a time when picking a Peugeot 308 over a Golf would have been derisible, but thanks to the latest-generation car's looks, ride comfort and practicality, it's a completely understandable decision. In fact, we'd recommend it.

Mazda 3 2.0 SkyActiv-G M-Hybrid (2019) review
Mazda3 vs. Peugeot 308 GT PureTech 130 (2022): beautifully styled and great to drive, the Mazda3 adds a little premium flair and driver involvement to the conventional family hatchback recipe. It feels hugely different to the Golf and the 308, but it's still a great car. 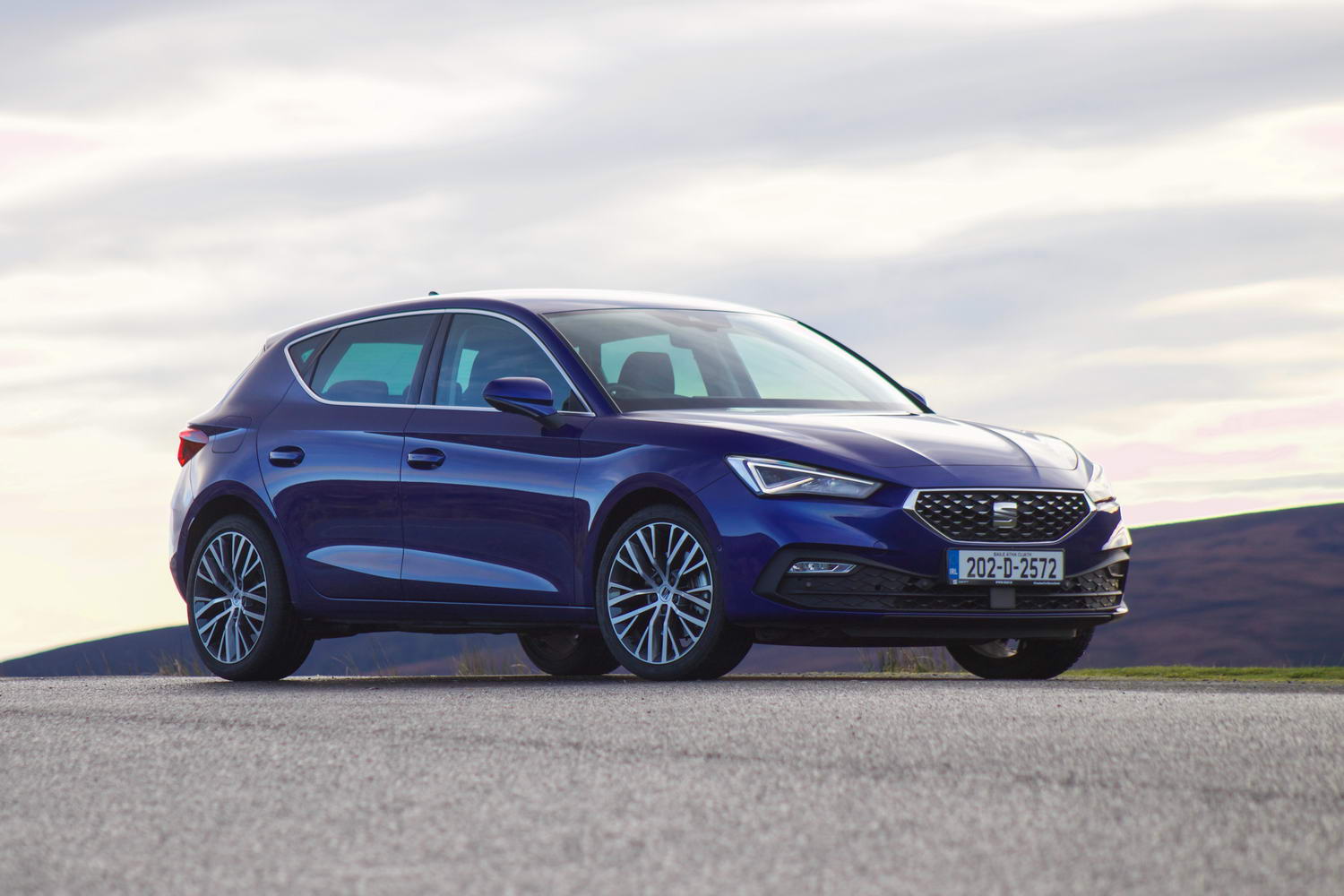 SEAT Leon 1.5 TSI Xcellence (2020) review
SEAT Leon vs. Peugeot 308 GT PureTech 130 (2022): more stylish than the Golf on which it is based, yet just as practical, the Leon has arguably become the family hatch of choice. It doesn't have the ride comfort of the 308, though, and it's only marginally more fun on a good back road.

Volkswagen Golf 1.5 eTSI petrol (2020) review
Volkswagen Golf vs. Peugeot 308 GT PureTech 130 (2022): once the default option for anyone in need of a family car, the Golf has now been caught by its myriad rivals. It's still practical and pleasant to drive, but so too are countless other hatchbacks - some of which are significantly cheaper.