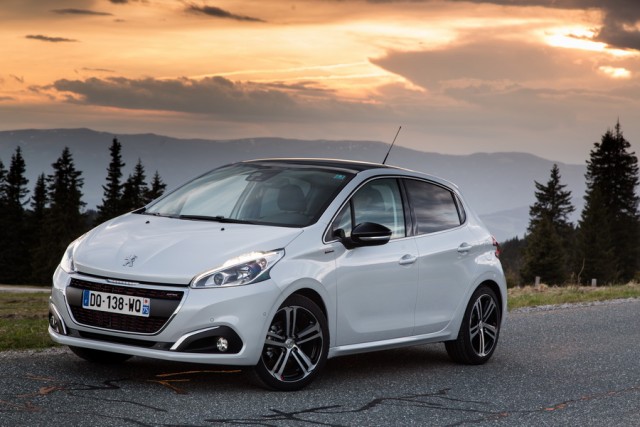 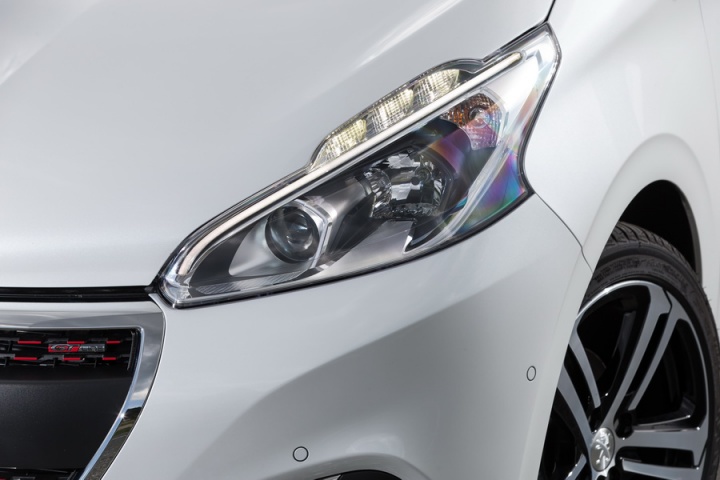 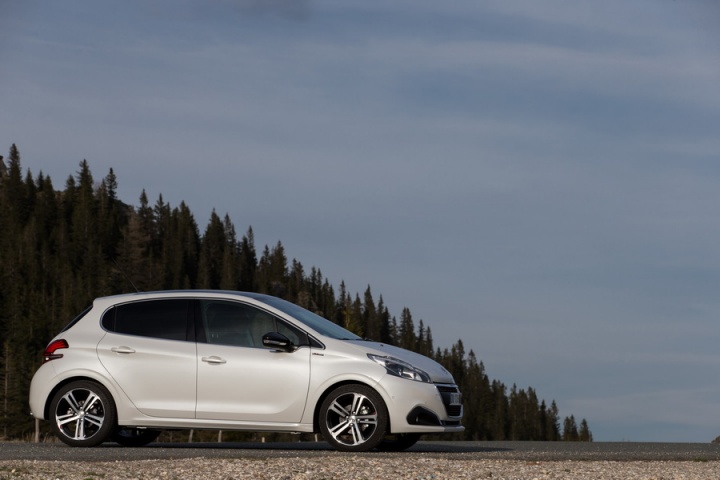 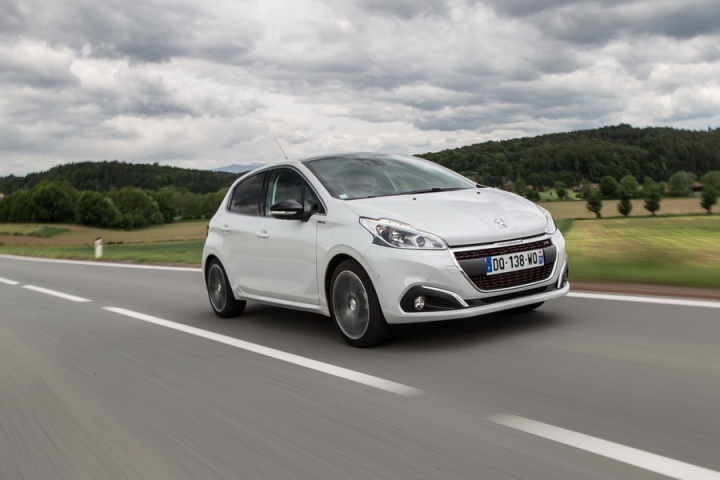 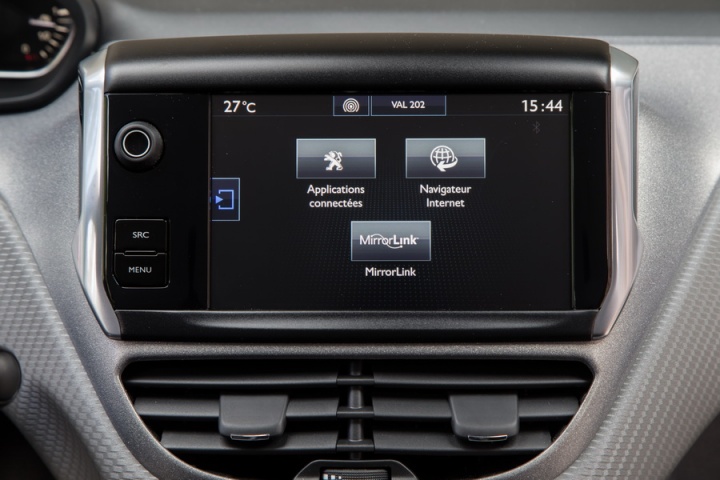 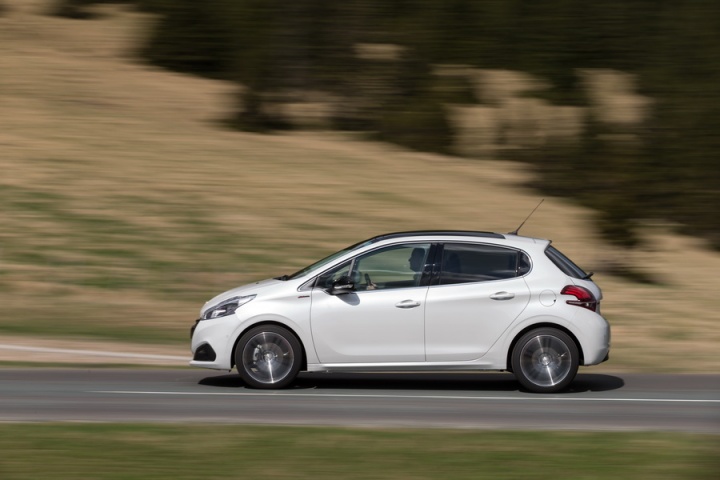 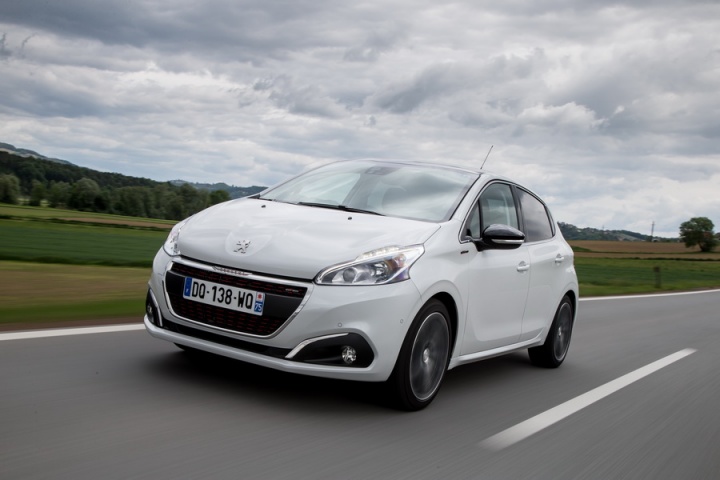 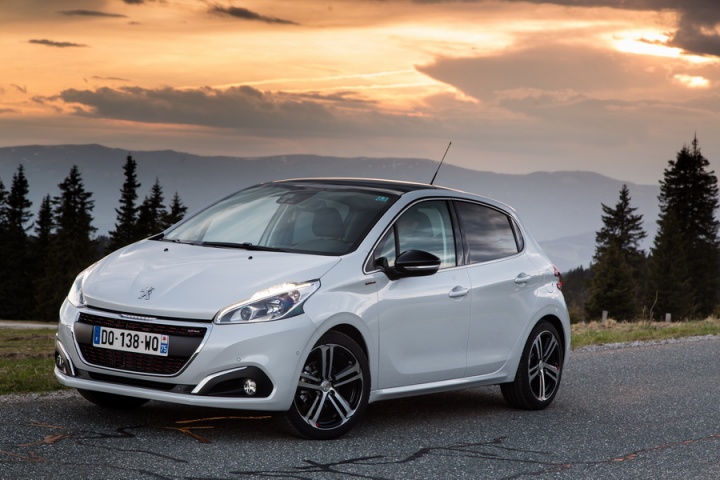 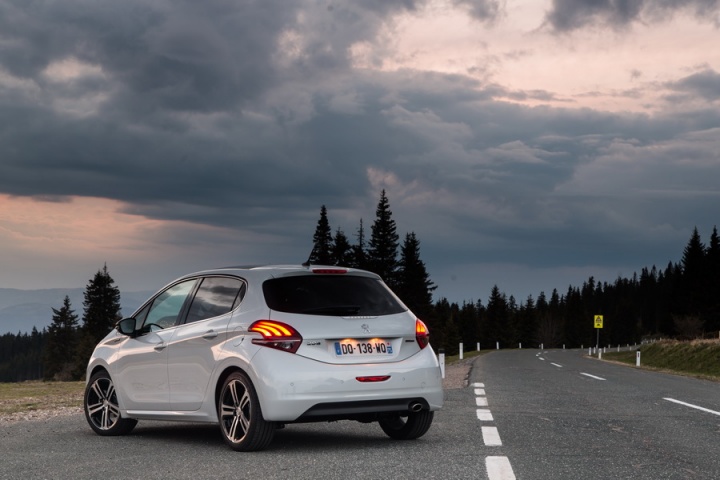 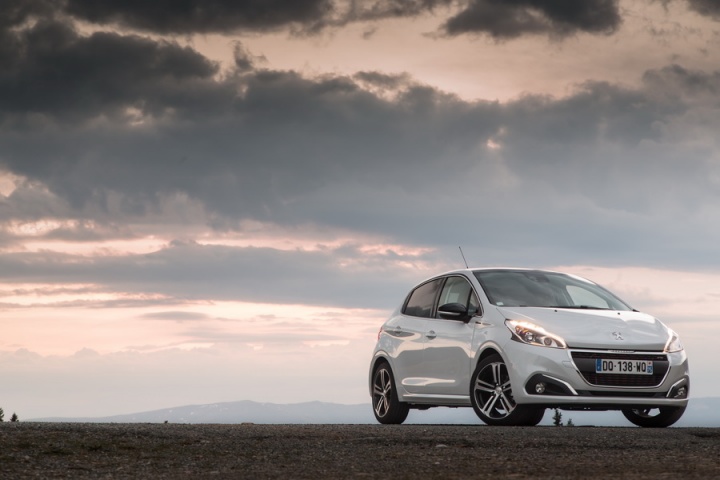 What: Peugeot 208 1.6 BlueHDi Active (GT Line model is in the pictures)

Peugeot's 208 has aged well, so this updated model only strengthens its appeal. Add a new diesel engine into the mix, along with more customisation options, and it continues to be a strong product offering.

The Peugeot 208 had been ageing gracefully enough so this mid-life update isn't overly radical. New headlights, along with a thicker-rimmed front grille, denote the most obvious changes. The rear of the car also gets new lights that feature smoked glass with an opalescent version of Peugeot's signature three-claw design that appears with a three dimensional effect and features a thin horizontal brake light strip.

Inside, things remain familiar, with the noticeably small steering wheel forming part of the 'i-Cockpit' design, which also features an instrument cluster mounted high, appearing above the steering wheel to reduce how far you need to take your eyes from the road when looking at it. The seven-inch colour touchscreen infotainment system (standard from Active trim upwards) can also connect to Android smartphones via the MirrorLink function thus enabling you to use the phone's apps via the screen. It's a system used by a number of different manufacturers, but has been plagued by poor operation and limited handset compatibility. Thankfully, Apple's Car Play system will be available towards the end of 2015.

Peugeot is also introducing a greater amount of customisation through two new exterior colour packs. Available in Menthol White and Lime Green, these factory-fit options consist of a different 'Equalizer' front grille featuring a more three-dimensional look with laser engraved colouring (according to the pack chosen) and framed by a glass black frame. The fog lamp surrounds are also finished in gloss back as are the door mirror covers. In addition to these, Peugeot has introduced new exterior colours including a vibrant 'Orange Power' metallic paint and two textured paint finishes. Called 'Ice Grey' and 'Ice Silver', these paints have a matt finish that is rough to the touch and will cost €800. Peugeot claims this paint finish is hard wearing and isn't as susceptible to scratches, which is a good thing, as the paint can't be touched up if damaged - the panel need complete respraying. It certainly looks good, worth the extra money we think.

This latest 1.6-litre BlueHDi unit impresses. In basic entry-level form, its 75hp feels more than adequate for the five-door hatch. With 230Nm of torque arriving from just 1,750rpm, it pulls itself along quite respectably, but is a touch sluggish off the line. Reaching 100km/h from rest takes a sedate 13.3 seconds, but even though it is only equipped with a five-speed gearbox it is well geared for urban and occasional motorway use. It is also well insulated from the cabin, so there's less of that diesel engine note than you might expect. Most buyers will be more impressed by the fuel consumption, which is 3.5 litres/100km officially, and later on this year an even more frugal version with start-stop will use a half litre per hundred kilometres less while also lowering CO2 emissions to an impressive 79g/km - placing it into tax Band A1.

Along flowing roads there is less body roll than in some rivals and as you move up to the likes of the GT Line specification where larger wheels and lower profile tyres come as standard, this body roll becomes even less apparent. The suspension copes well with surface imperfections while the steering offers a relatively direct feel, helped in part by the small diameter steering wheel.

Drivers who dislike not being able to see the end of the bonnet won't be enamoured by the 208, but slim A-pillars help when pulling out of junctions, and the rearward visibility is good. Now there's also the option of adding a reversing camera, available to order from Active trim upwards.

Peugeot has gained a solid reputation for offering a good selection of standard equipment across its Access, Active and Allure trim grades, and now the GT Line will add further to this. Both cruise control and (usefully) a speed limiter feature on all models as standard and given that most buyers will opt for Active specification or higher the seven-inch touchscreen system will also feature. All models also get Bluetooth and front electric windows.

The step up to Active grade brings 15-inch alloy wheels and LED daytime running lights. Steering wheel trim comes in leather while the rear seats get a 60:40 split folding bench seat. Allure gains a further inch on the wheels and the exterior look is enhanced by tinted rear privacy glass. Reversing sensors also feature, as do automatic wipers and headlights.

Peugeot has also introduced the option of a reversing camera and an Active City Brake function, which mitigates the chance of colliding with a vehicle in front at a speed of up to 30km/h. Both are features that are becoming more common on small cars; however, Peugeot's decision not to make these standard equipment on any of its trim grades is a shame.

Ford Fiesta: a well judged car that offers a variety of specifications and a good range of engines.

Skoda Fabia: good value and drives well although its petrol engine is a better choice.

Toyota Yaris: one of the more refined cars in the segment, lacks the fun of others though.

Peugeot has refocused the kerb appeal of the 208 with these mid-cycle updates and its new range of engines offer good levels of performance along with fuel-efficient value, whether you choose petrol or diesel. Greater scope for personalisation will give the car increased appeal to more people now too.