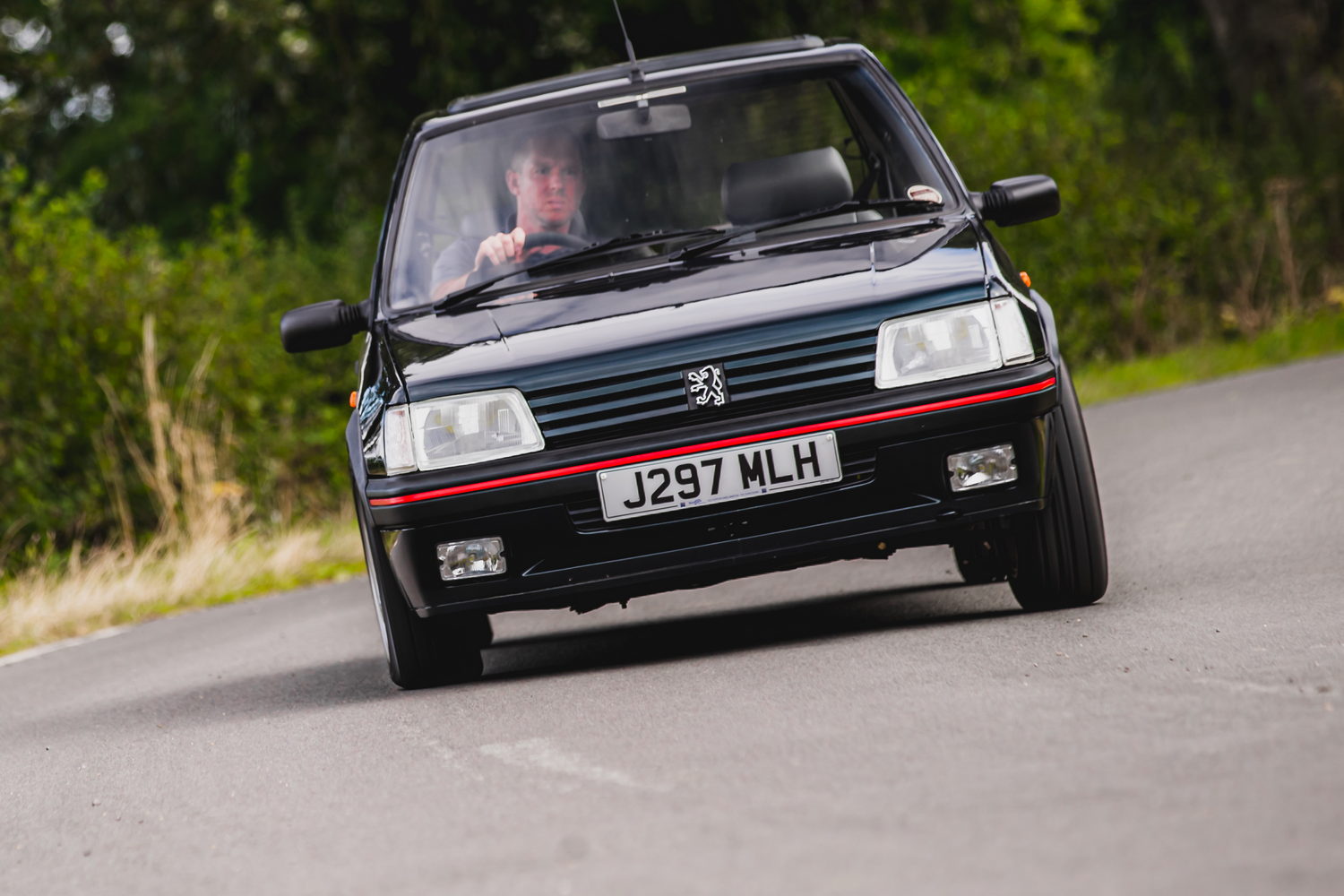 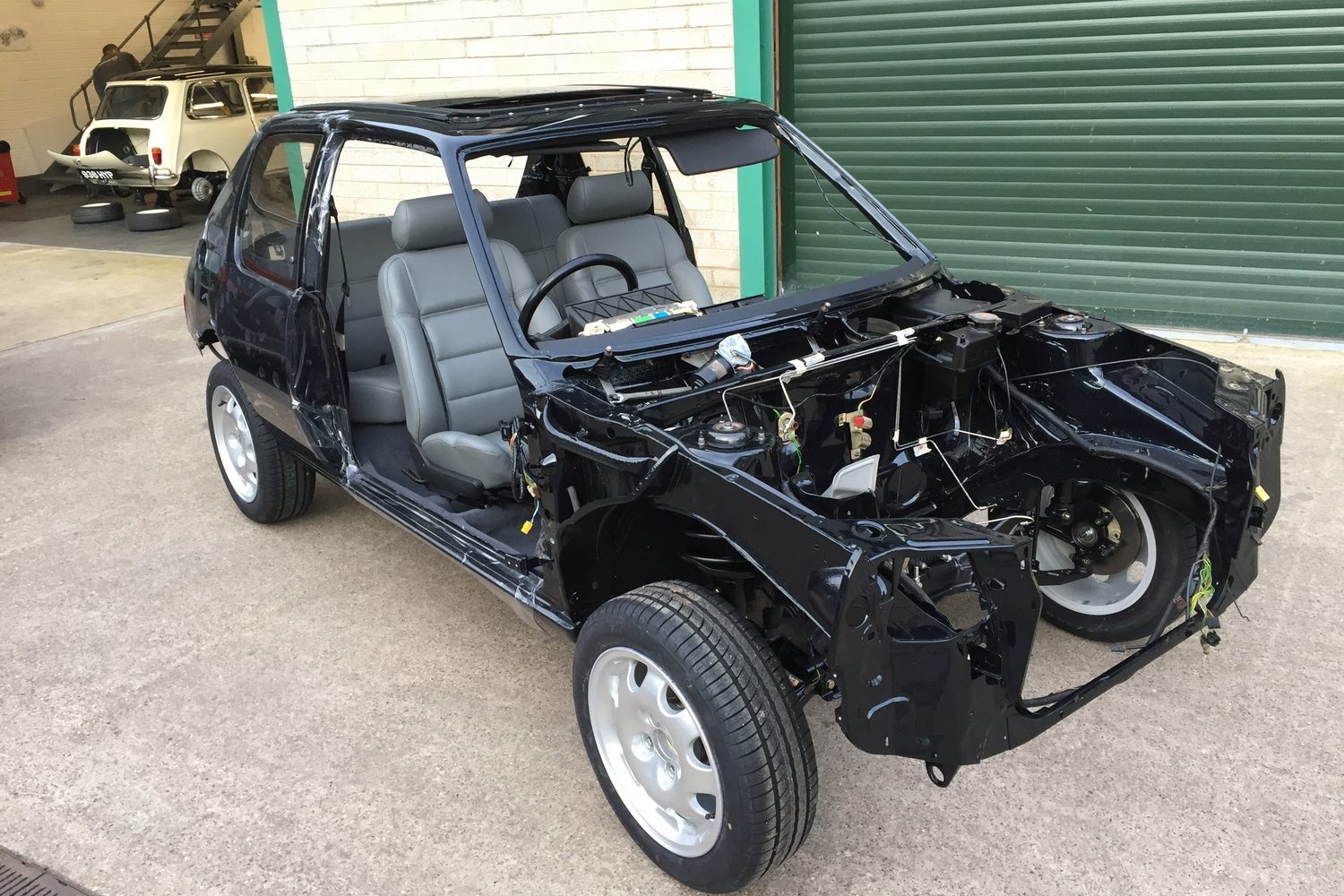 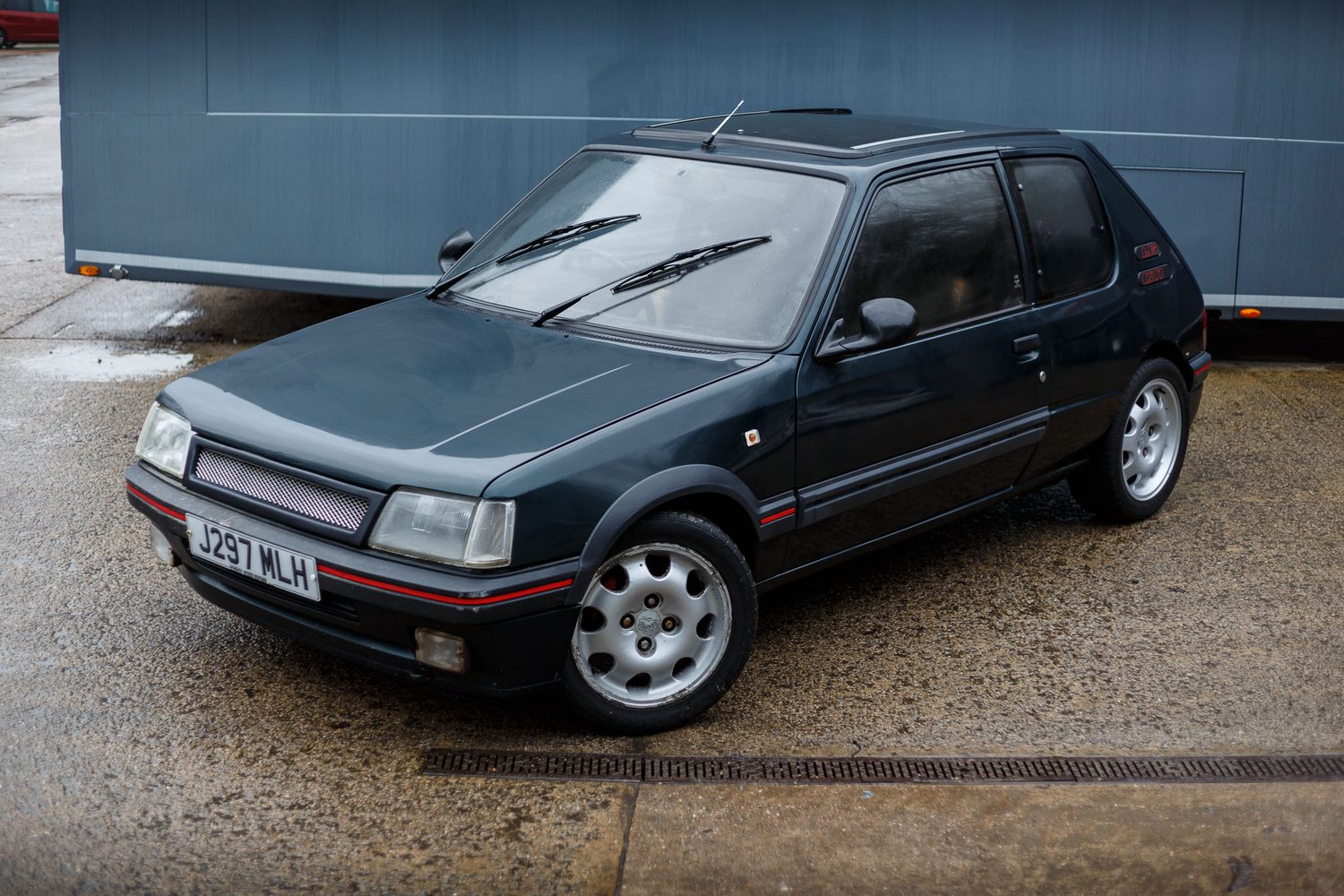 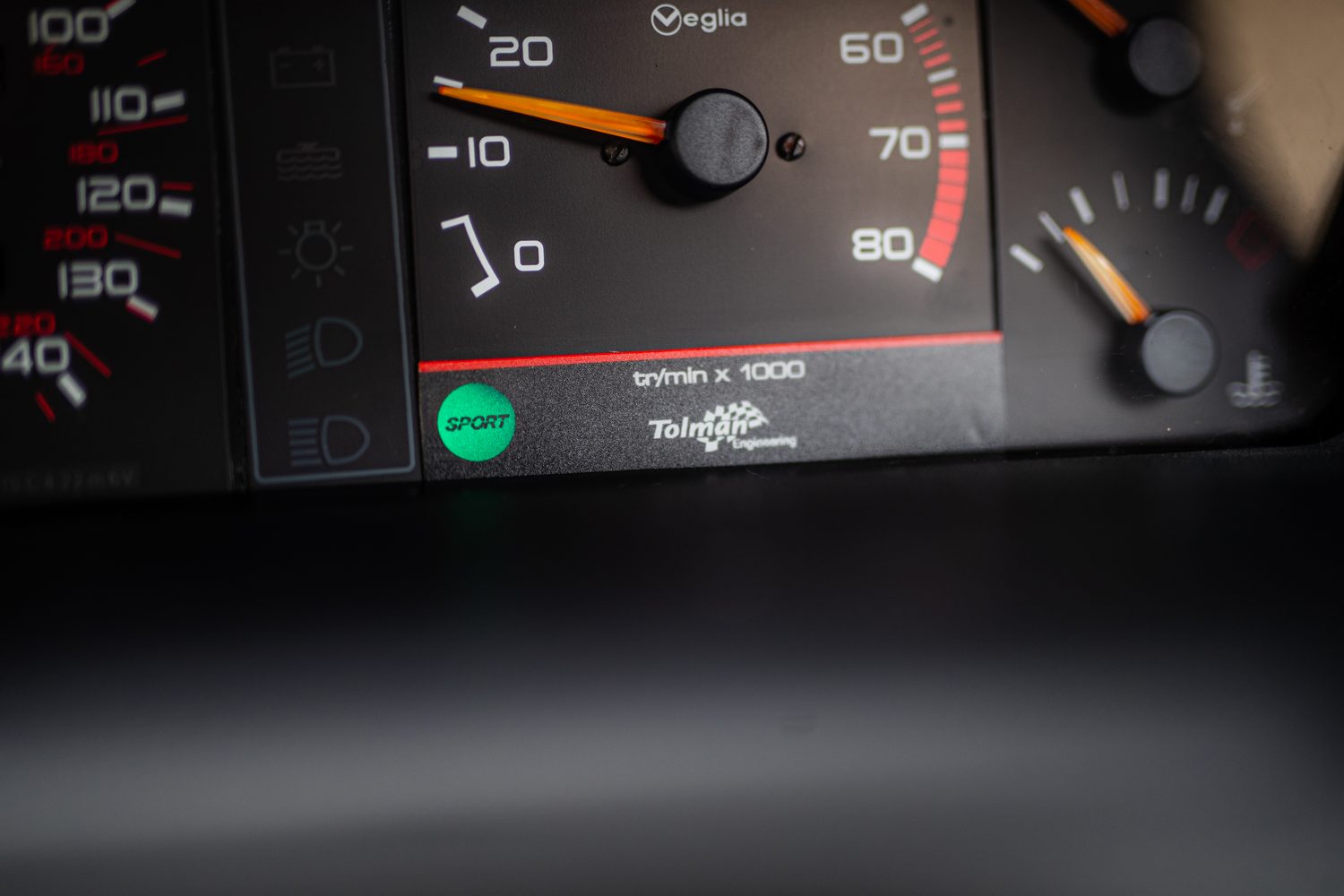 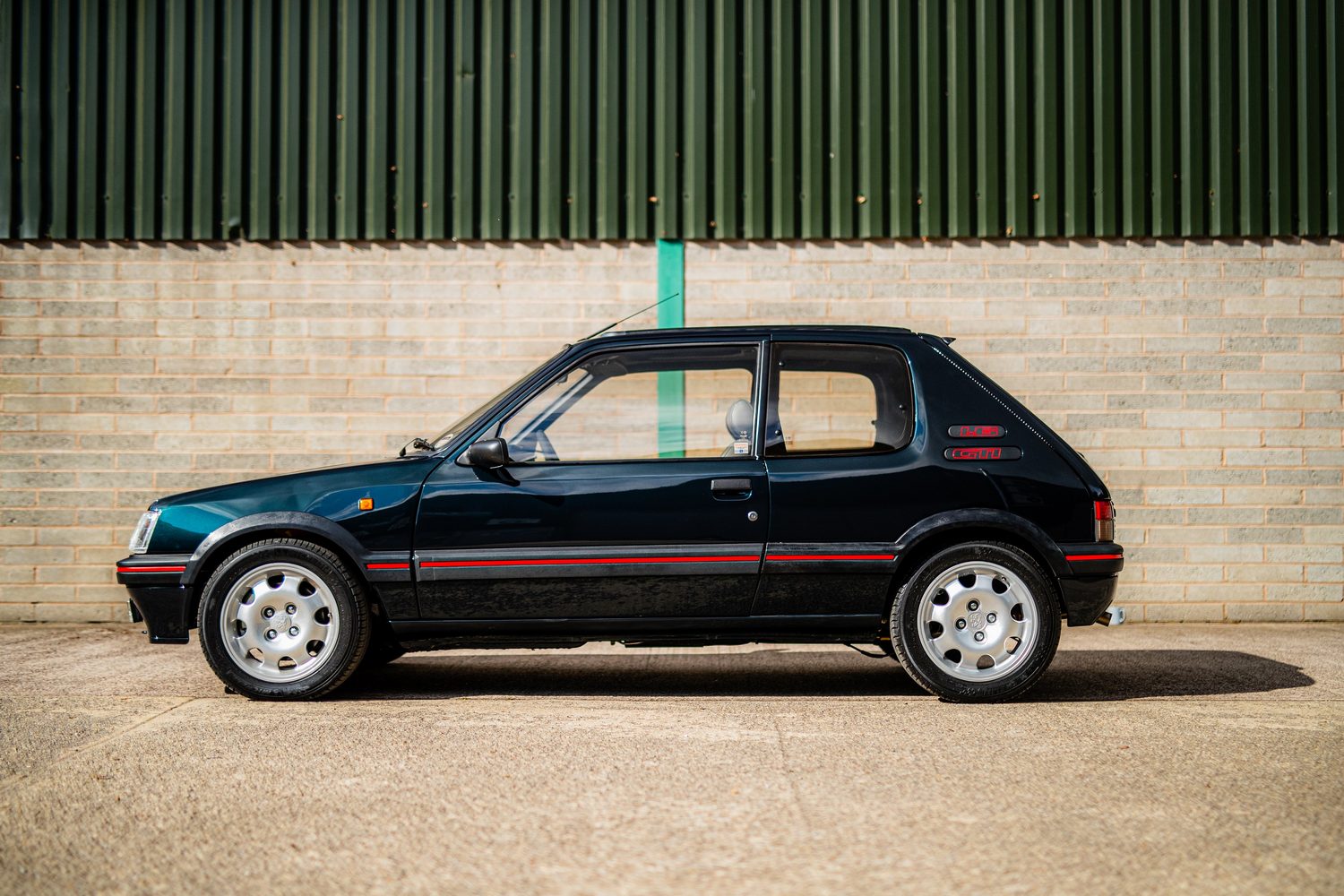 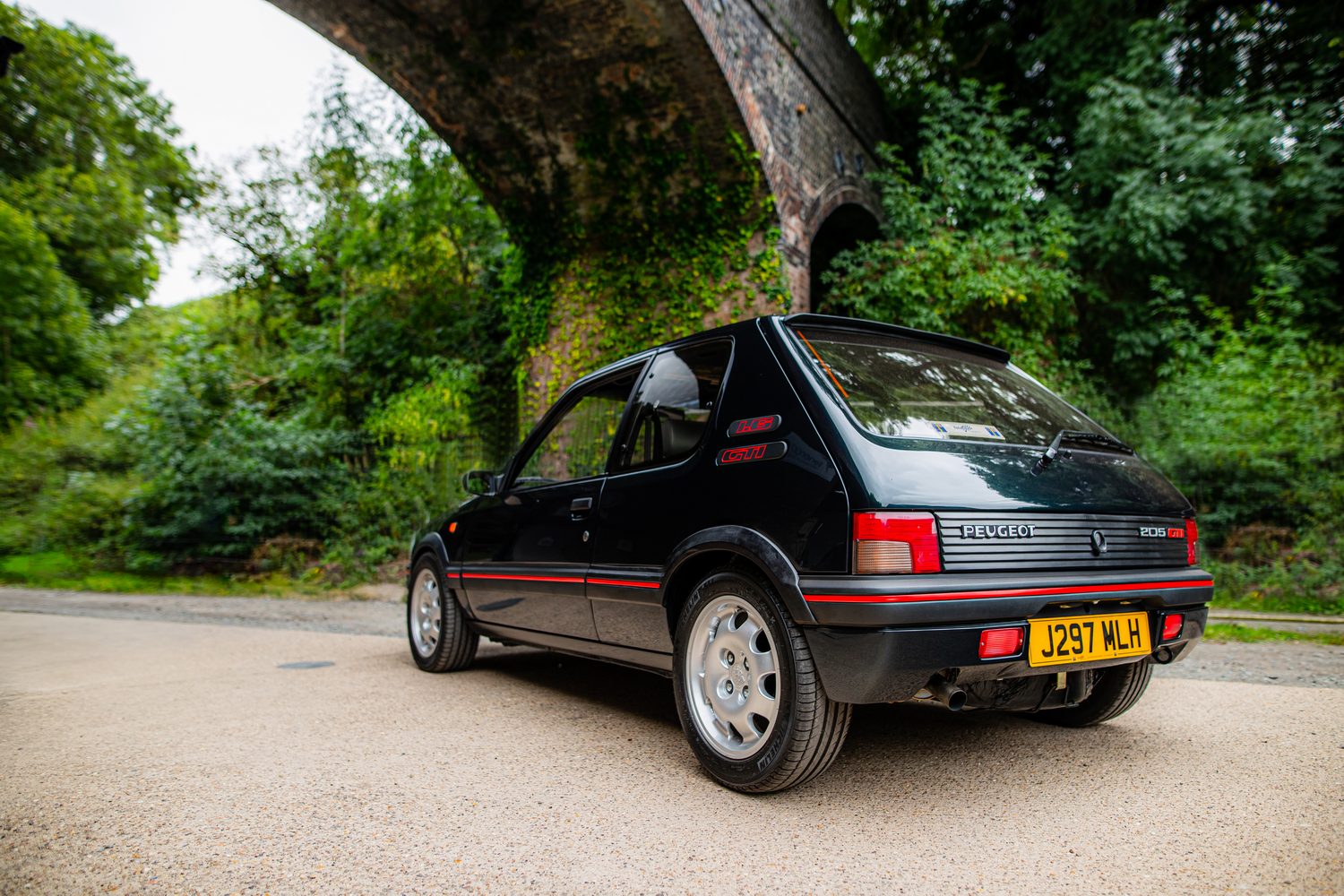 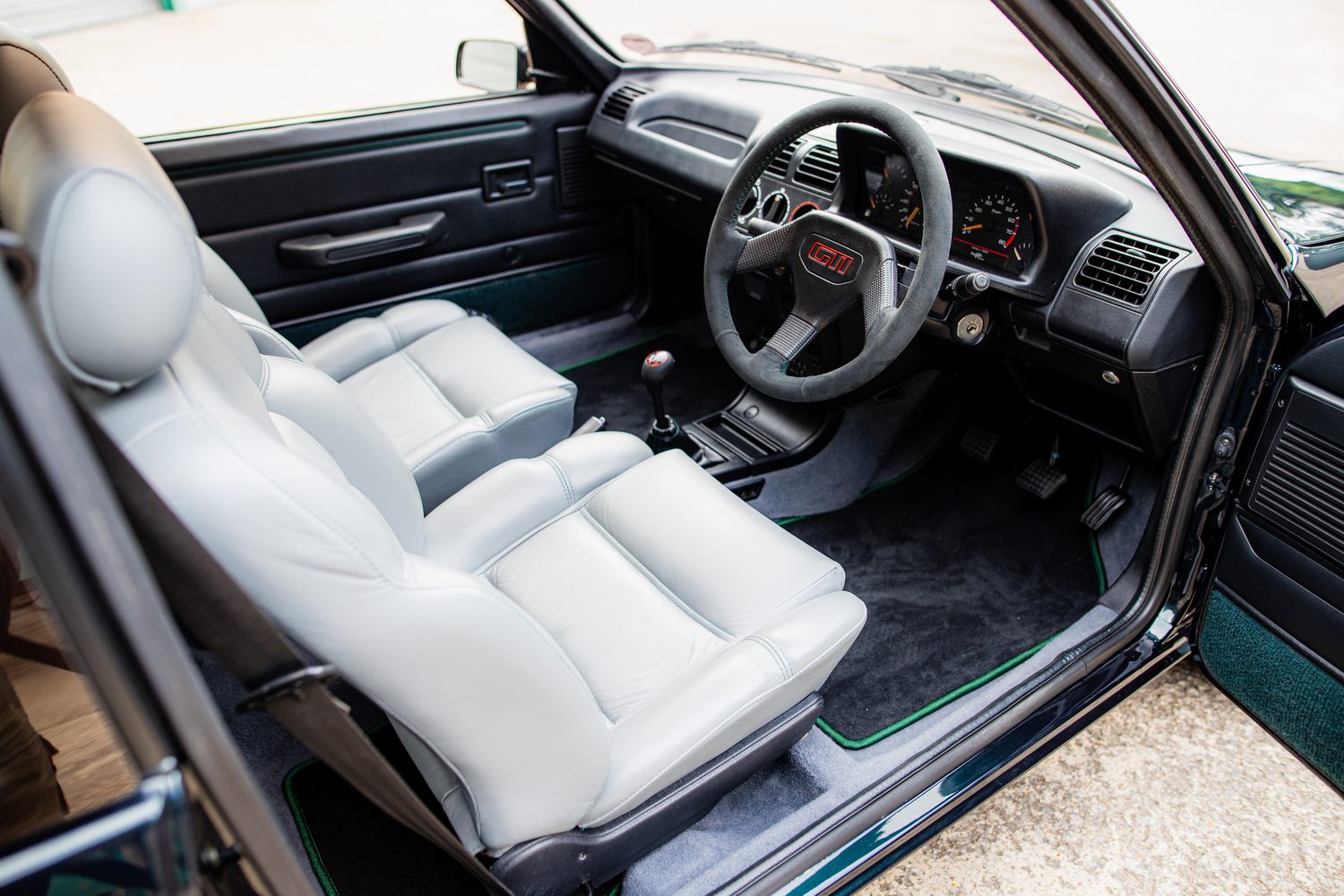 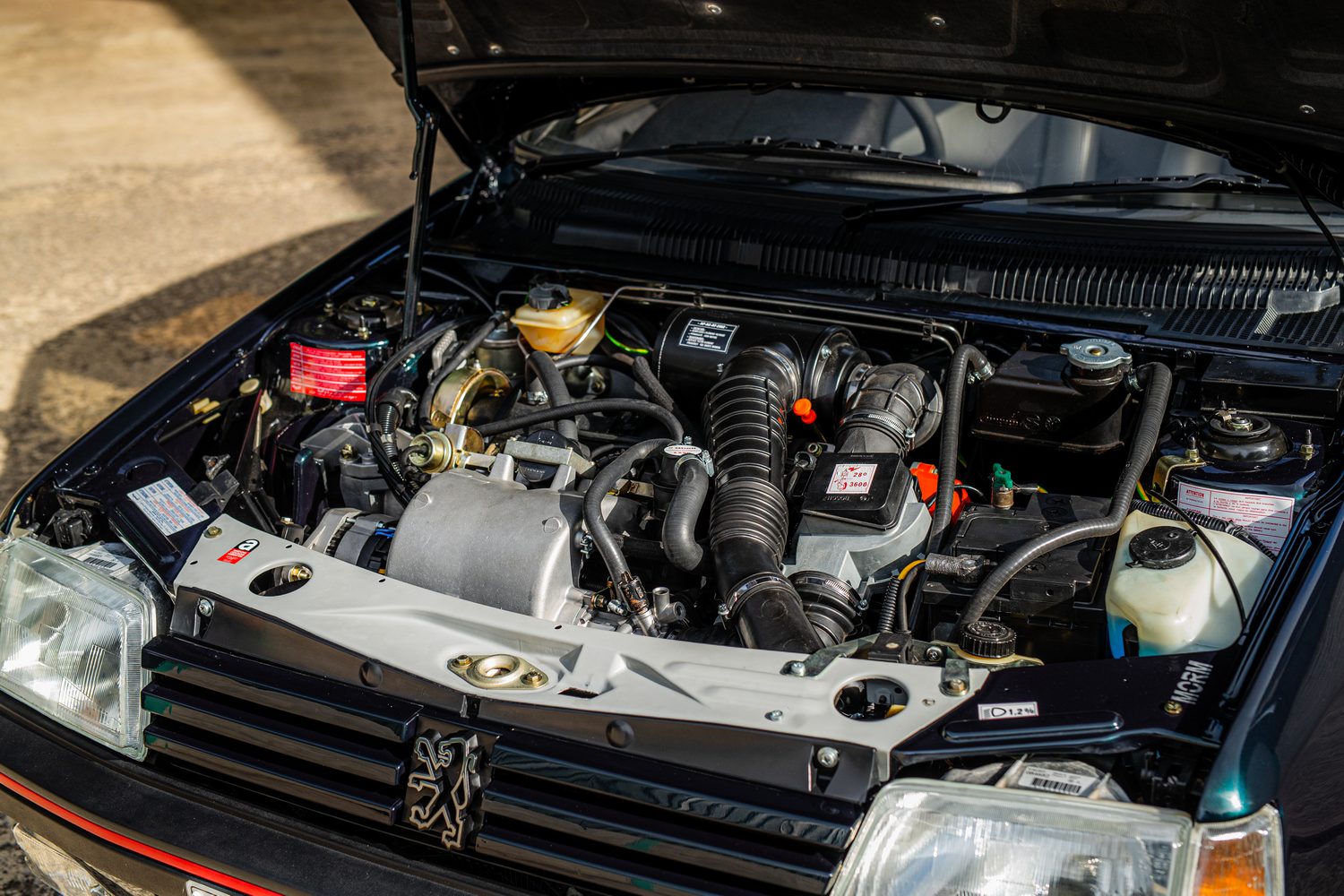 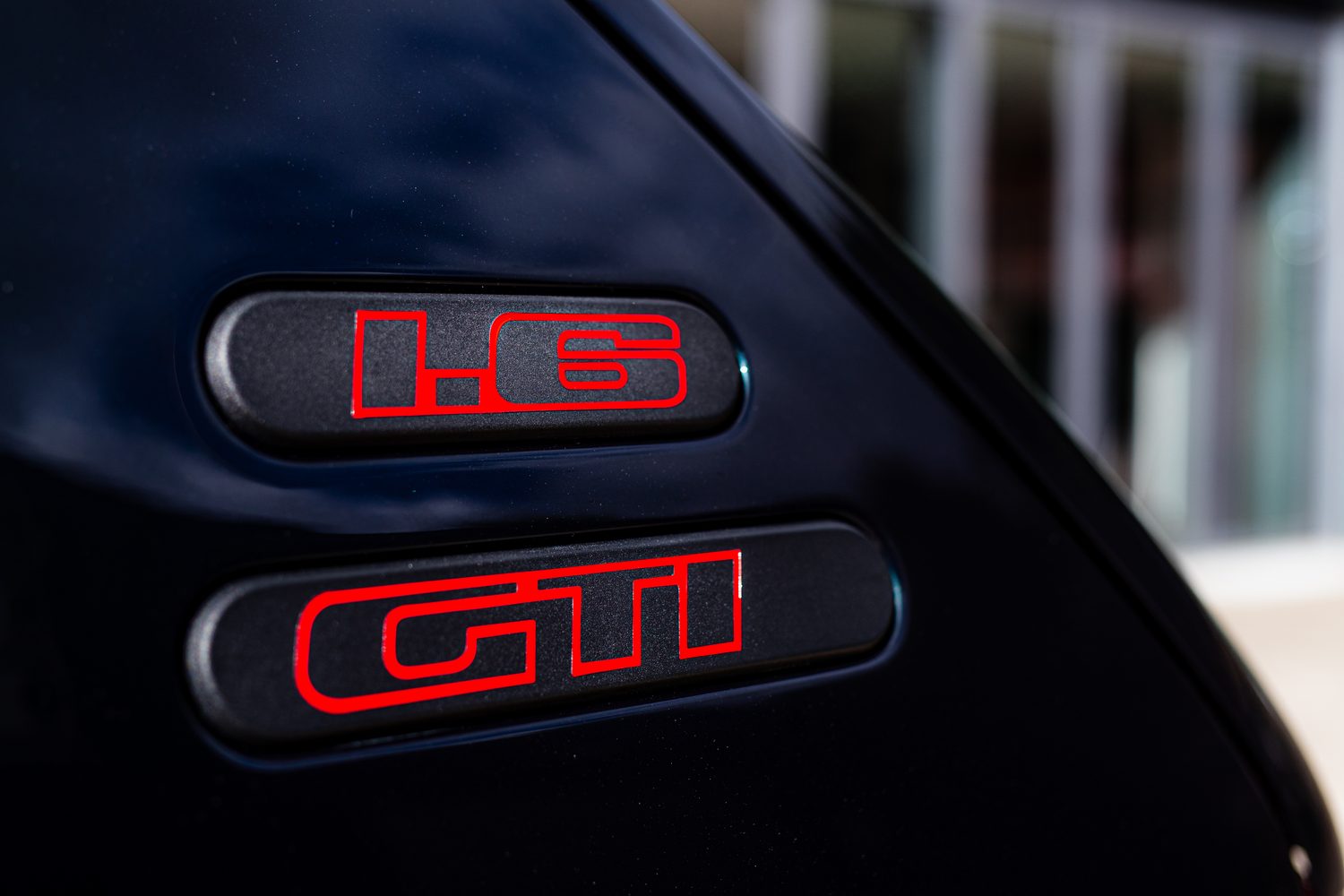 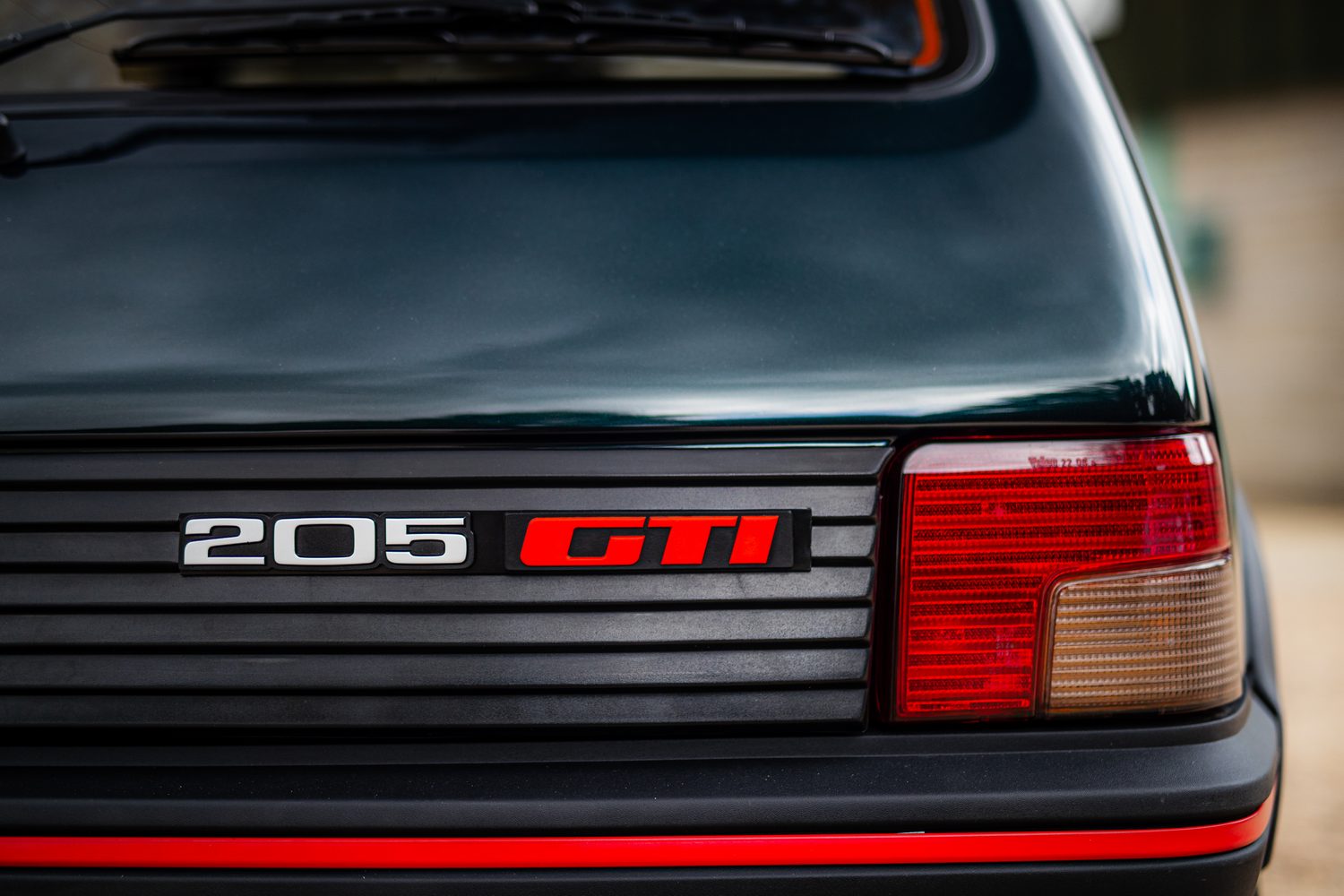 Everyone loves the Peugeot 205 GTi, but they'll love this Tolman Edition even more.

The Peugeot 205 GTi is now almost 40 years old, and it's firmly planted in the world of modern classics - the cars of the 1980s and '90s that somehow went from new to old while we weren't looking. As a result, prices have rocketed, but the truth is that once fast old cars are often slow, poorly equipped and unreliable when compared with new and similarly priced hot hatchbacks.

Which is why self-confessed 205 GTi nut Chris Tolman has turned his hand to fixing up old Peugeots. He's an engineer through and through, and Tolman Motorsport's back catalogue suggests he's rather good at it. Plenty of race teams entrust Tolman with their cars, which include classic Lolas and Lotuses, as well as some modern McLaren GT3s.

The 205 GTi Tolman Edition started life as a "marketing exercise", but Tolman confesses he "got carried away". This is now designed to be the ultimate 205 GTi, complete with more modern suspension, fresh electronics and new brakes, but on the surface, it looks just as it would have when it came out of the factory. Tolman expects to make just 10, with each vehicle made to order and costing a small fortune. So, is it worth the money?

Tolman's demonstrator looks utterly pristine but completely original, and there are few signs this is anything other than a standard 1.6-litre 205 GTi. It has the right bodywork, the right colour and even the right options - the sunroof, the paint colour, the electric windows, the central locking and the leather seats were all available on the original 1.6-litre 205 GTi. And for those anoraks who complain this car is on 1.9-litre wheels: you're right, but Tolman insists they were offered on the 1.6 as well.

The details are right, too. The exhaust pipe is at exactly the right angle and it's the right size, while the Tolman sticker in the rear window is designed to look like a 1980s dealer sticker. The same goes for the Tolman text on the number plate.

Inside, there's slightly more evidence that Tolman has been hard at work, with a retro-styled Blaupunkt radio system that includes Bluetooth and digital radio reception. It fits in the same slot as the original's and, although there's a remote control, it looks relatively in keeping with the car's age. The only other clue to Tolman's work is the Tolman Engineering logo on the instruments and the little 'sport' button, but more on that later.

Otherwise, it's all period stuff, including the classic heater system that proves highly effective, but not especially easy to control. Air conditioning is not part of the upgrade, because the space that would be occupied by the unit is taken up by the power steering system. Also included are the original mirror adjusters, which are manual and fairly useless. At least the car is narrow enough to make adjusting the passenger-side mirror easy.

The 205 GTi isn't just narrow by modern standards - it's smaller in every direction. With only three doors and four seats, it isn't the most practical thing on the road. The driver's seat isn't height-adjustable, meaning taller people will struggle for headroom, and the steering wheel doesn't adjust at all. And a 216-litre boot is pretty tight compared with modern superminis. But we shouldn't be surprised at that, given the 205 is more than 30cm shorter than an Opel Corsa and about 20cm narrower.

Into that compact space, Tolman has squeezed quite a lot. The car has been fitted with a new ECU, a new exhaust and bigger brakes. The suspension has been tweaked, too, LED headlights have been fitted and the car has been undersealed to make it usable every day. But if you lift the bonnet, there's nothing to suggest anything has changed. Cunningly disguised components (including the Motec ECU in a Bosch box) mean the view of the engine bay is much the same as before, and Tolman promises that all of its changes are completely reversible, allowing customers to revert the car back to standard form if they so wish.

There's no reason to return this car to its standard guise, though; it's perfect as it is. The compact dimensions and lightness mean the 130hp 1.6-litre petrol engine is more than up to the task. With a new ECU and improved timing, Tolman has fettled the engine to produce more power and torque in the middle of the rev range, and the result is spectacular.

With a 0-100km/h time of around 7.5 seconds, the 205 GTi doesn't sound that fast - and by modern standards, it isn't - but that doesn't stop it being enormous fun. The engine is free-revving and eager, and it sounds great thanks to the new exhaust system. With a proper five-speed manual gearbox to play with, it's an analogue, old-school car in all the best ways.

Sure, it's temperamental. The clutch can be a bit sharp, and the throttle is feather-light, which makes it quite easy to stall until you become accustomed to it. The driving position isn't great if you're a bit tall, the lack of air conditioning means the windscreen mists up with ease and the screen that covers the sunroof flies forward every time you brake with anything more than moderate force. At least that's fairly easy; the brakes come from a later Peugeot 306 GTi-6, so they slow the car down at a much more 21st century rate.

And anyway, that just doesn't matter when you show this car a corner. The power steering more than makes up for the lack of air conditioning, but the steering is still heavy and communicative. It's a refreshing tonic for modern, over-assisted steering racks, and it makes you much more aware of what the car is doing beneath you. Which is usually very little, because the upgraded suspension and the Michelin Pilot Sport tyres make the car significantly more stable than its contemporaries - and even some modern hatchbacks.

There's plenty of front-end grip and changing the throttle input slightly in the middle of the corner allows you to turn harder without upsetting the car's balance too much. It's all very intuitive, and it encourages you to explore the car's capabilities much more than you otherwise would. As does the sport mode, which livens up the exhaust and sharpens the throttle response. Neither change is necessary, but that doesn't mean you won't want to engage it.

What matters most, though, is that you can do all this without worrying about the car. Sure, a bit of mechanical sympathy goes a long way and wrecking it would be A Bad Thing, but there's no need to worry too much about driving in the rain or even using this car every day, because it's designed to do exactly that. You could, if you want, replace a conventional supermini with one of these. It would be an expensive swap, perhaps, but a very enjoyable one.

The Tolman Edition is not for those with small bank balances. Before Tolman does anything, you'll need a tidy 205 GTi, then you'll need plenty of money to fix one up. All that bodywork, paintwork and undersealing isn't cheap, and that's before you've fitted the new brakes or the fresh exhaust system.

How much it all costs depends on what you want, but Tolman reckons his demonstrator is worth around £45,000 (just over €52,500 ignoring import charges), while the most outrageous 205 GTi the company has yet undertaken is expected to cost the customer €94,000, plus the cost of the standard car. Yes, it's expensive, but then a modern Volkswagen Golf R costs almost €70,000, and it has considerably less character.

Tolman's take on the 205 GTi may not come cheap, but there are far worse ways to spend your money. This isn't just a modern classic that works properly - it's an analogue, old-school hot hatch that somehow manages to mix it with modern superminis. Not in terms of price, performance or practicality, but in terms of personality it's streets ahead. It's everything the 205 GTi should have been, and nothing else with a 1.6-litre engine can put a smile on your face the way this thing can. It's fabulous.