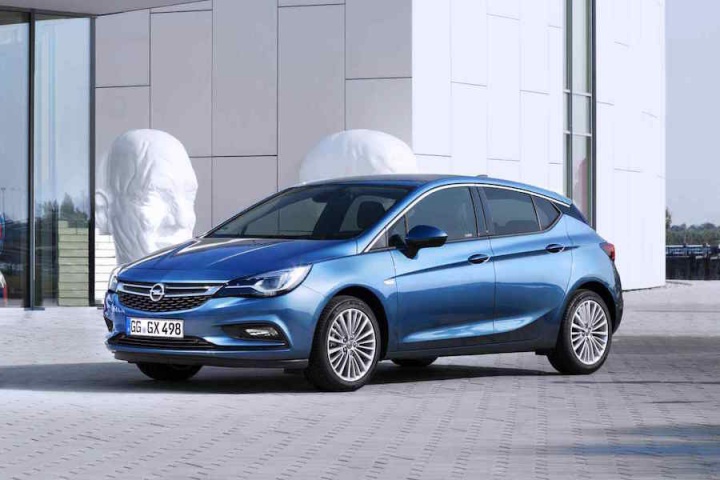 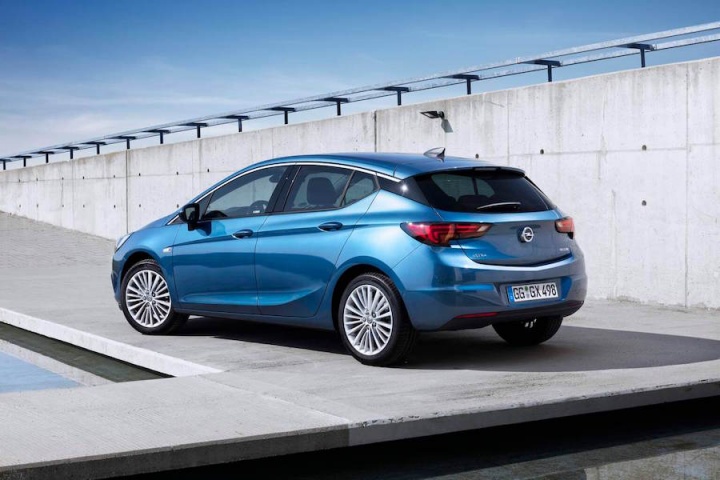 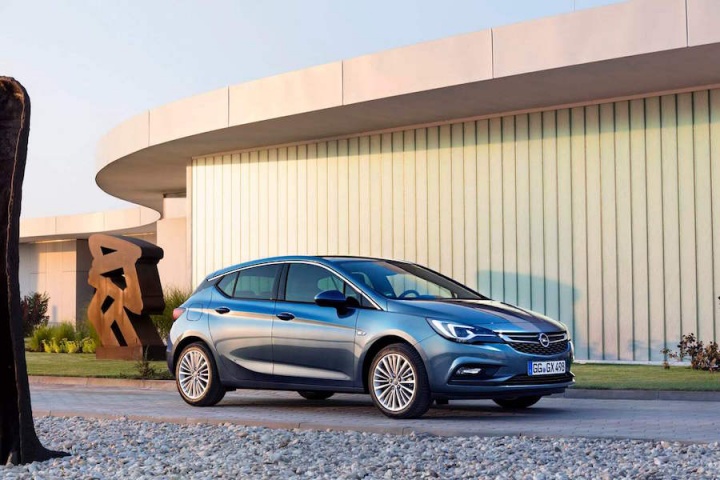 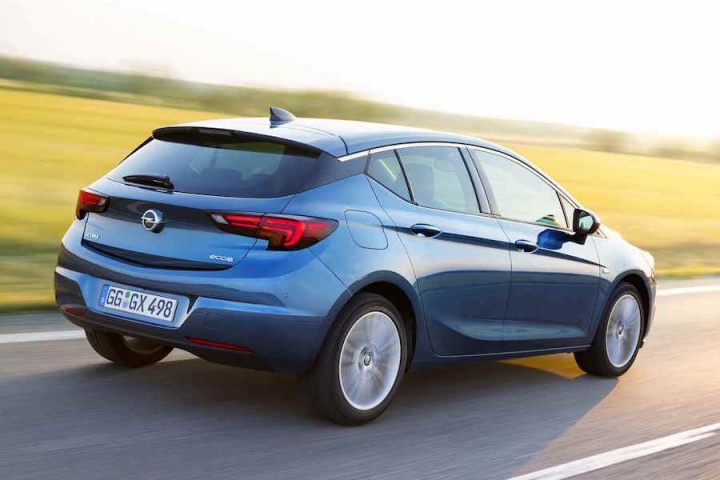 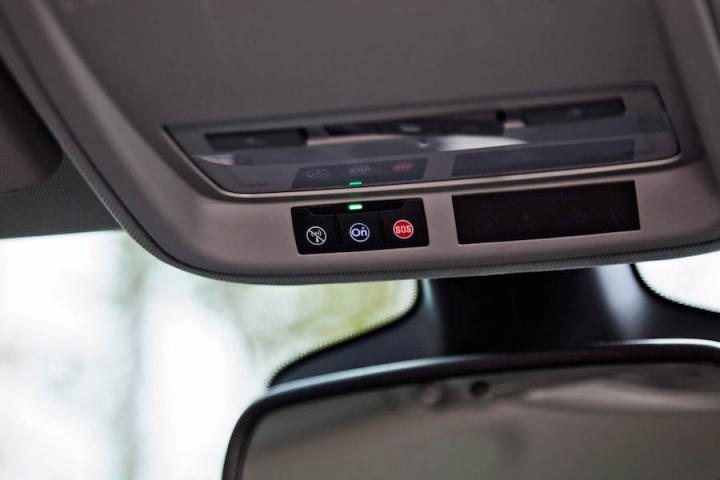 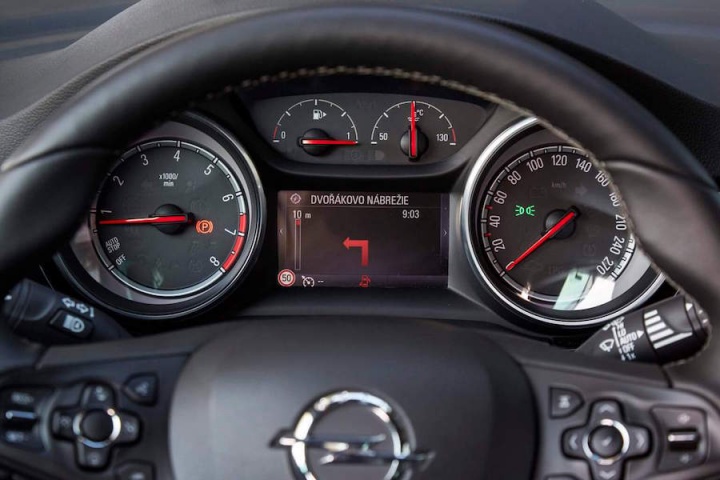 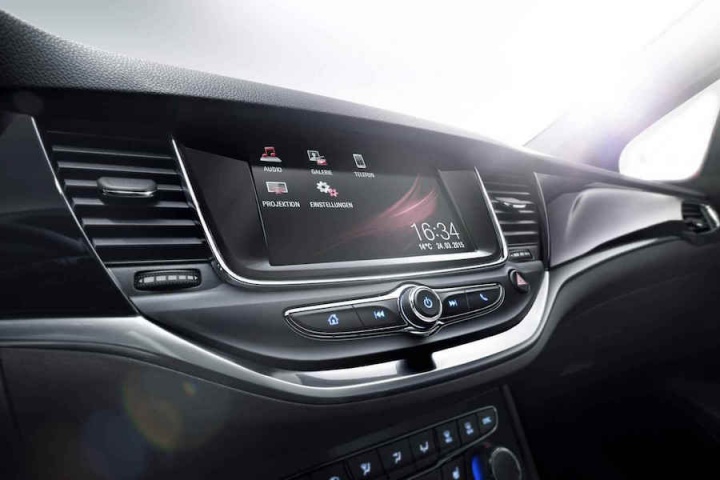 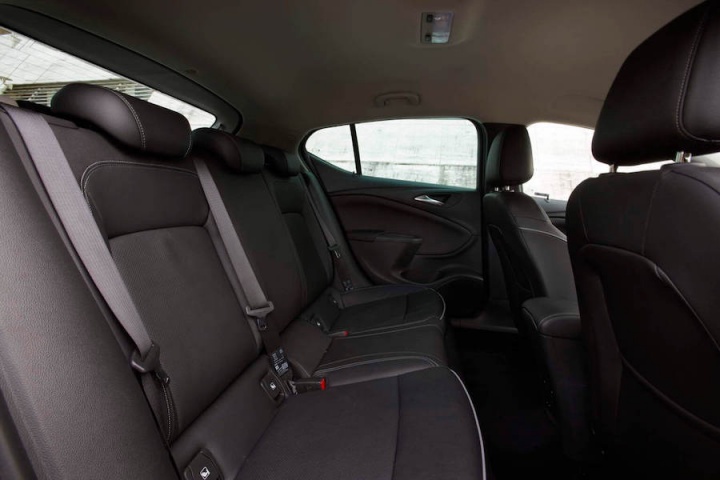 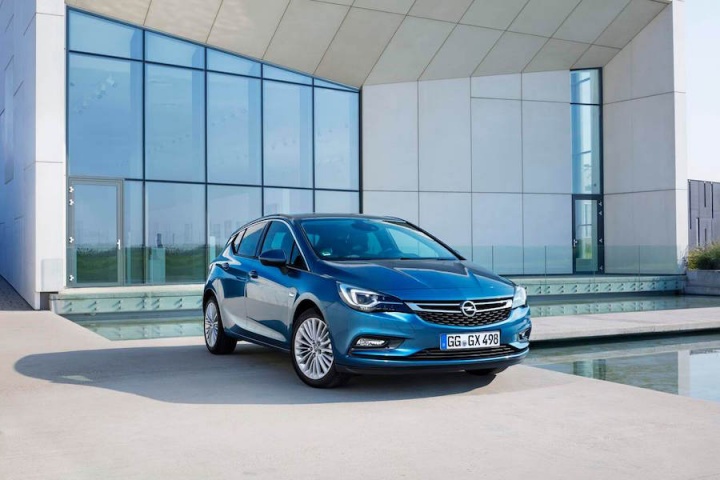 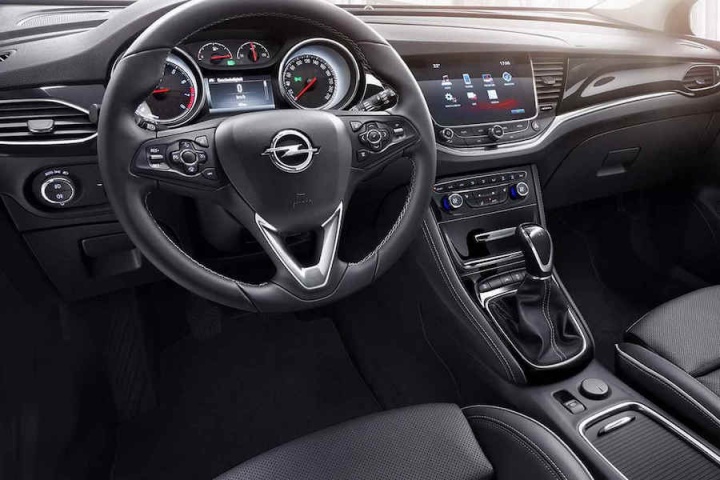 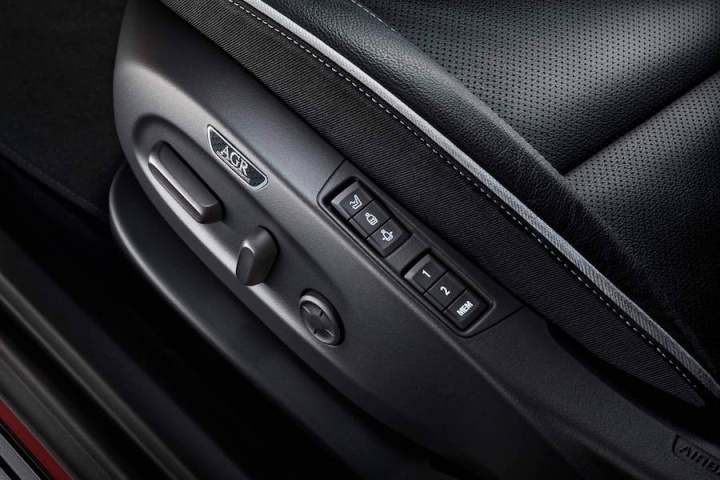 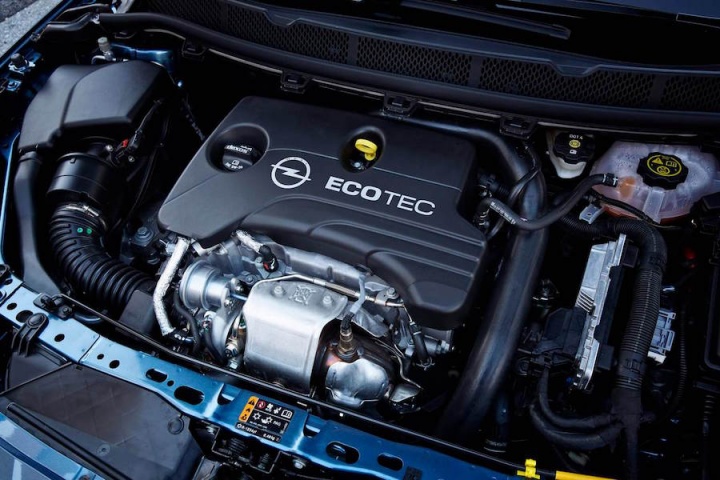 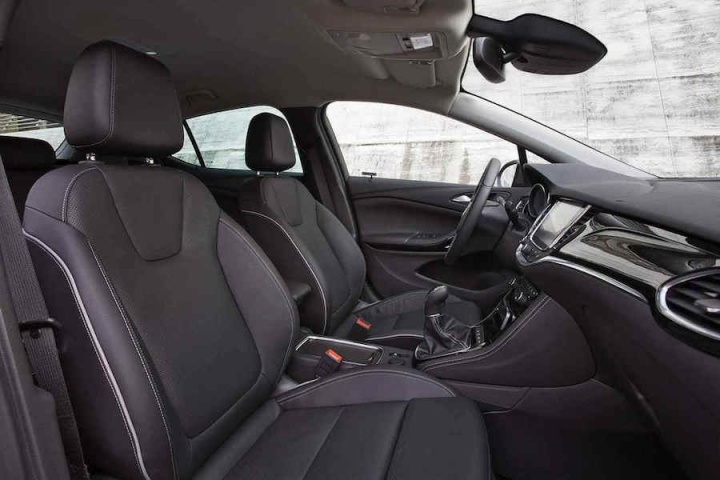 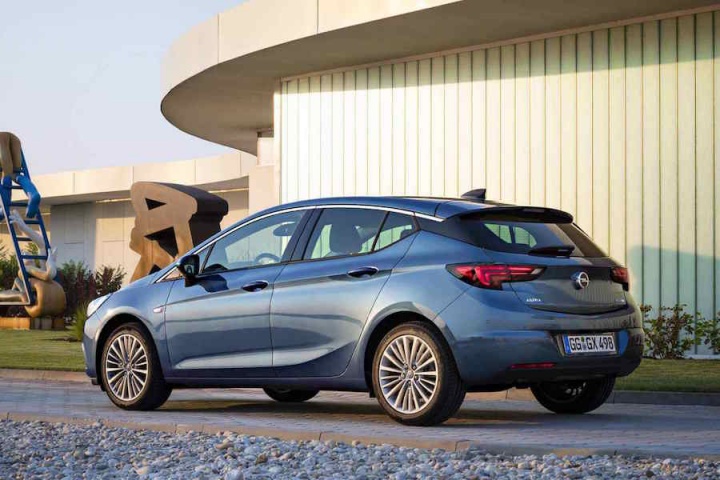 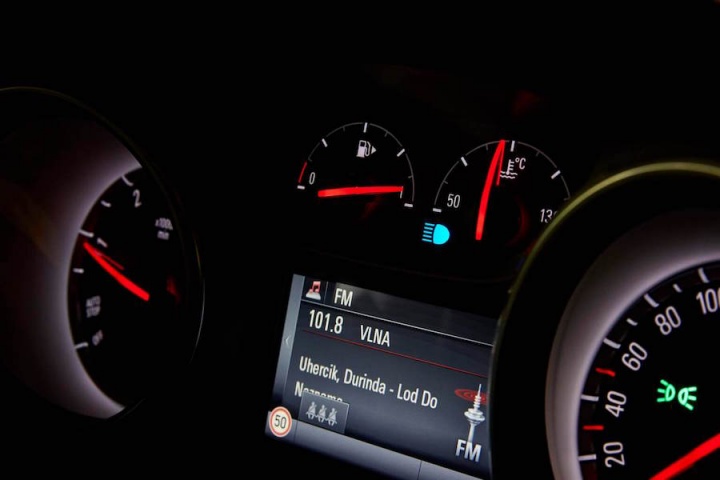 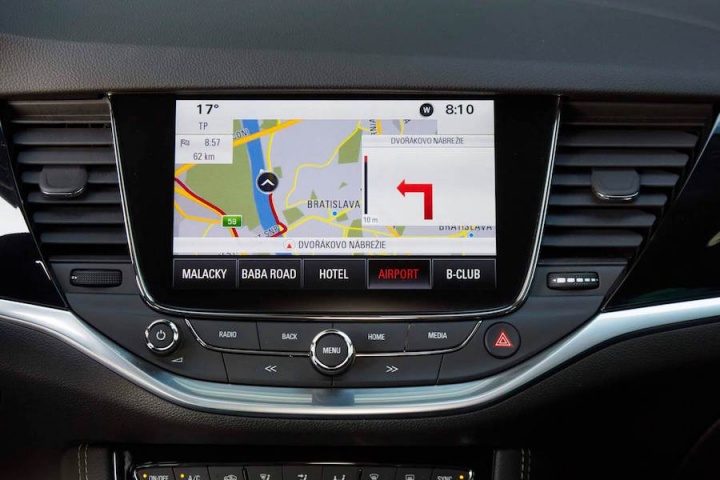 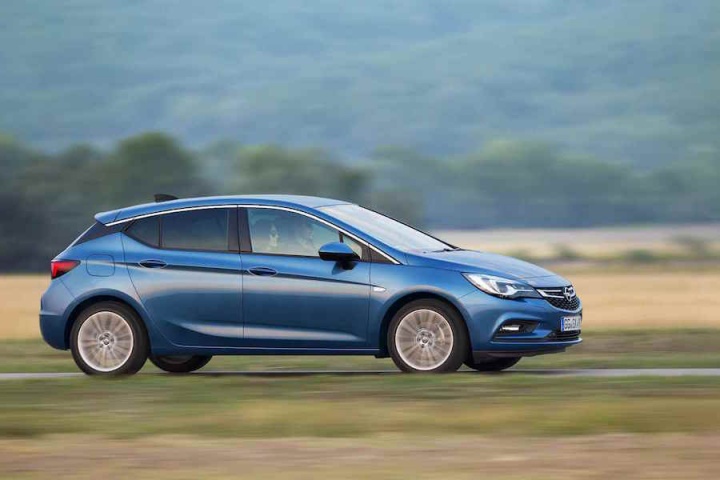 Inside and out, the new Opel Astra is the best car the company has produced in years. Learning from criticism of the last model this all-new hatchback drives as well as it looks.

Opel is starting a new chapter with this new Astra in how its cars will look in the future. Compared to its predecessor it has a much sleeker image that helps to reflect the fact that this new model is some 200kg lighter. Around the car there are some nice design touches, the most noticeable of which is the 'floating' roofline. Previous iterations of the Astra looked a little soft around the edges, but that has all gone and the Opel now looks every bit as sharp as its more popular rivals like the Ford Focus and Volkswagen Golf. There are plenty of creases and taut surfaces and the overall result is a car that has more presence than before and is both lower and wider in general appearance.

While the exterior design is largely evolutionary the interior layout is certainly revolutionary in comparison with the previous Astra. Gone is that busy looking centre console with its mass of buttons and in its place is a much simpler design that helps to give the car a more premium feel to it. Large touchscreen systems are already order of the day in this segment and Opel is including its seven-inch system on all versions above the entry-level 'S' specification. The screen has been neatly incorporated into the design with buttons below and air vents on either side. Below this, ventilation controls and a useful pouch (ideal for slotting your mobile phone into) make up the lower section of the centre console.

Just as importantly though, Opel has noticeably improved the look and feel of the materials used throughout the interior of the Astra. Soft touch plastics, piano black dashboard trim and perforated leather seat inserts with contrasting stitching on higher trim grade models really help give the Opel a higher quality feel than it has ever had before. In the rear, legroom has been increased by 35mm giving no cause for complaint and even that sloping roofline leaves enough headroom for passengers up to six-foot. Boot space is 370 litres and can be expanded up to 1,210 litres, which, give or take, is just about on par with its main rivals.

Were you not told that the engine in this particular Astra was a mere 999cc in capacity you might guess it was a 1.2-litre judging by how well it pulls the car along. The turbocharged 1.0-litre performs impressively well around town and on the whole is quiet and feels refined. Only when on the motorway at cruising speed does the engine appear to demonstrate its performance limitations, although the lack of a sixth gear in the manual gearbox feels just as much of a contributing factor. It could do with one more cog.

Opel says that this engine will consume just 4.4 litres/100km on the combined cycle on standard tyres, which isn't far from diesel territory. Add to this a low emissions output of 102g/km (or 99g/km with low rolling resistance tyres according to Opel's figures) and you're falling into the same taxation band too. For those with shorter or urban commutes this really is one engine not to dismiss purely by looking at its cubic capacity - and is certainly a viable alternative to the diesel option.

As for the other aspects of driving; well, there's surprisingly little to criticise Opel for. The steering could give a little more feedback to the driver, although the majority of drivers aren't going to notice any significant lack of feel from it. In terms of suspension the Astra feels well sprung and suppresses most poorer road surfaces, although a later ride as a passenger in the rear seats did provide a less comfortable journey over bigger bumps, as you feel very much like you sit right over the rear suspension.

The previous Opel Astra was far from a bad car but this new generation really does feel like a big step forward. Much of this can be apportioned to the fact that it has shed 200kg off its weight, but Opel's engineers have worked hard to refine the overall package, and it shows.

Spend a further €3,000 and you can get into the sportier looking 'SRi' grade, which is priced from €24,495. For this the equipment levels grow to include 17-inch twin spoke alloy wheels, lane departure warning with lane assist, traffic sign recognition and a following distance indicator that shows you in terms of seconds the distance from the car in front - handy for helping obey the two-second rule. It also has forward collision alert with autonomous emergency braking, front fog lights, sports seats, rain sensitive wipers, automatic headlights and Opel's OnStar system.

At the top of the range is the 'Elite' model, priced from €25,995. For that additional €1,500 over the 'SRi' buyers get leather upholstery with heated front and rear seats and an upgraded six-speaker audio system.

Opel has really raised its own game with this new generation Astra and more than ever will have its big rivals looking a little closer over their shoulders. Not only does it now have some competitive equipment packages, its driving dynamics and new petrol engines may make diesel buyers think twice.

Ford Focus 1.0 EcoBoost petrol review
Ford Focus vs. Opel Astra 1.0 EcoTec: hugely popular and understandably so; current model is a much better design, but is also getting more expensive. 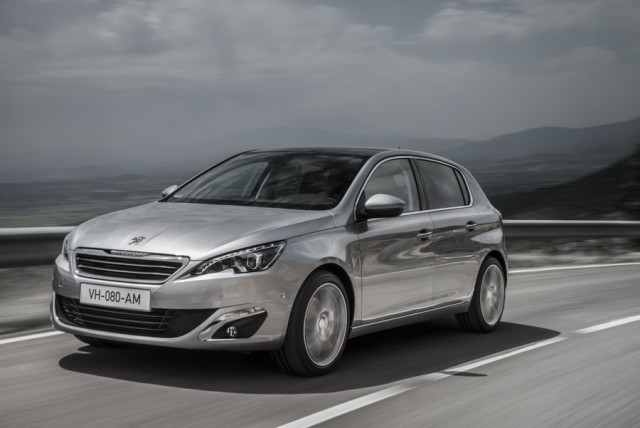 Peugeot 308 review
Peugeot 308 vs. Opel Astra 1.0 EcoTec: shaking off the reputation of the past the current 308 drives well and represents good value for money.

Volkswagen Golf review
Volkswagen Golf vs. Opel Astra 1.0 EcoTec: not the cheapest, but it remains the benchmark in this segment both in quality and drivability.