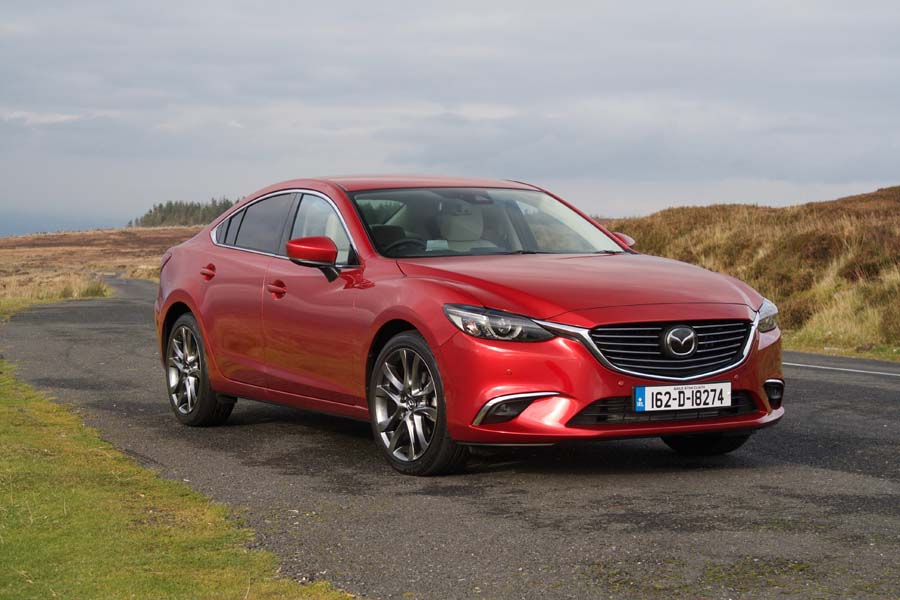 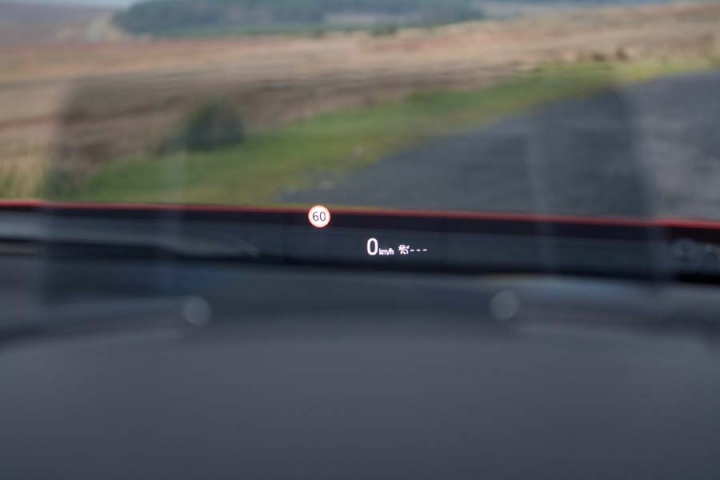 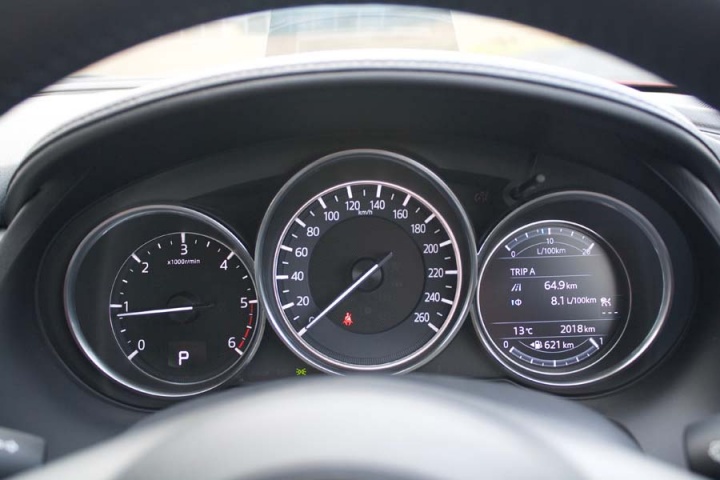 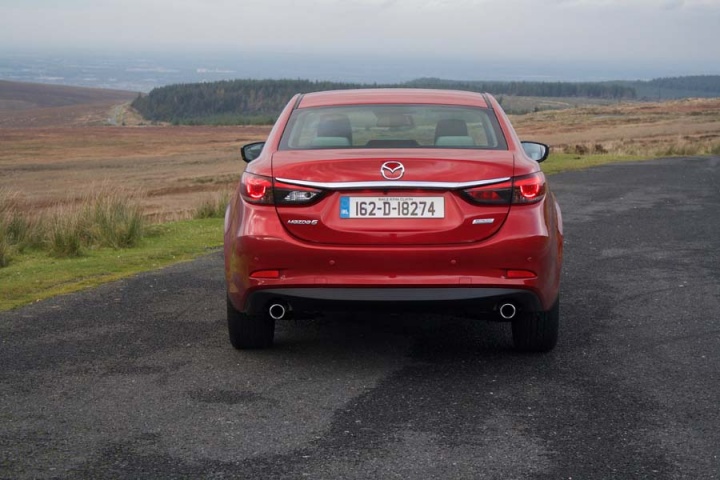 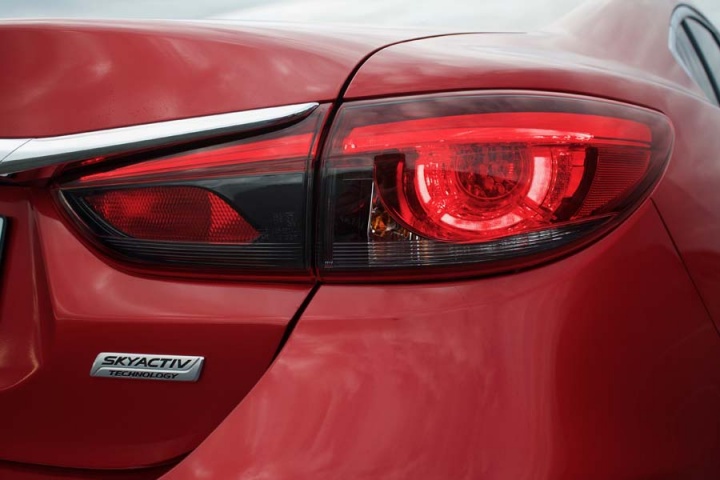 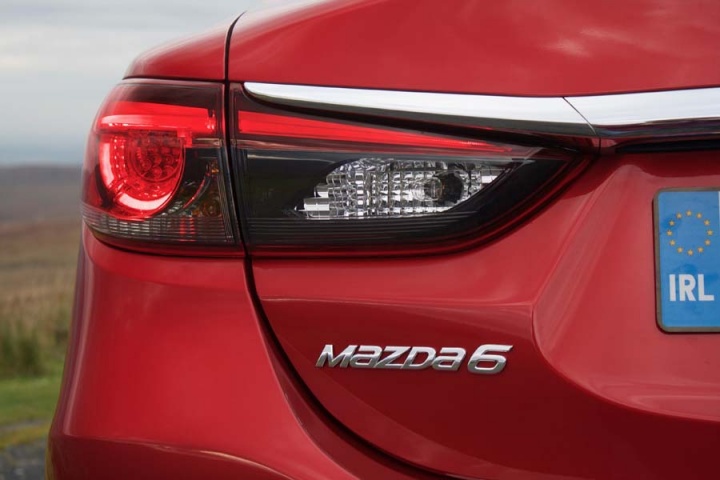 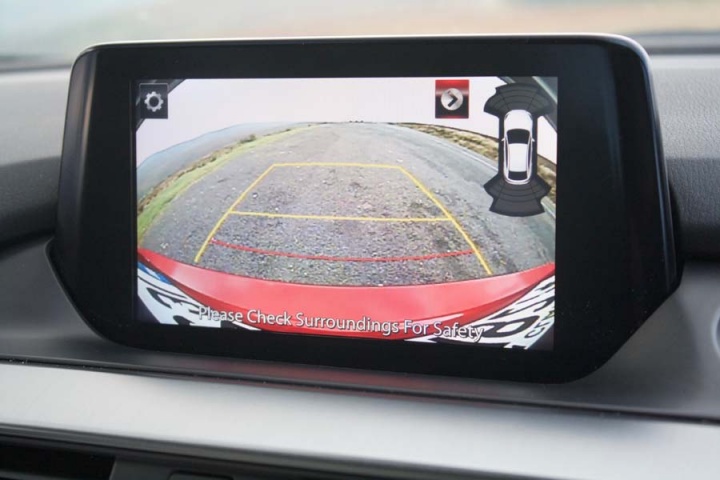 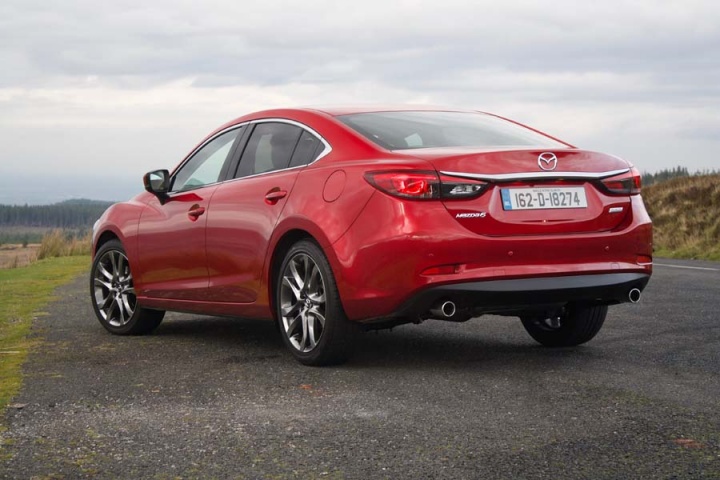 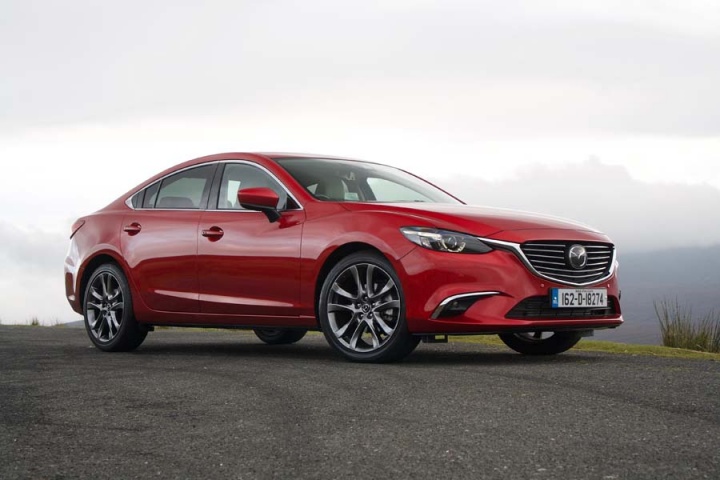 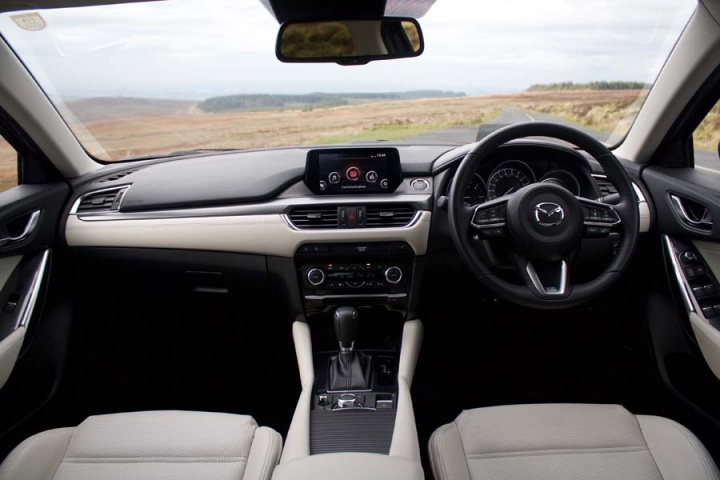 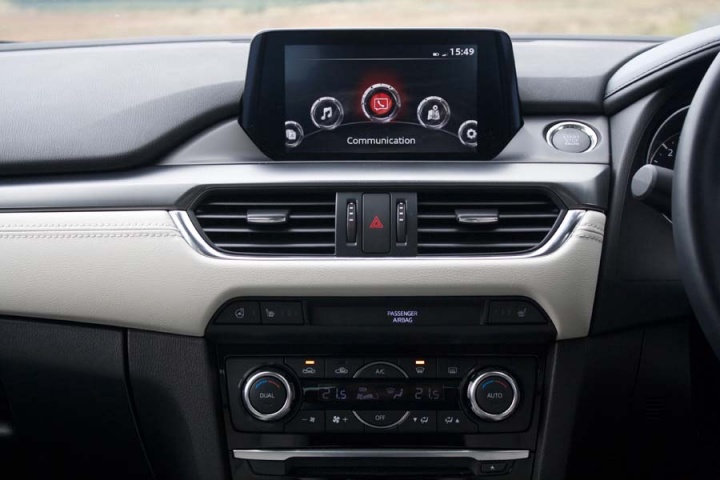 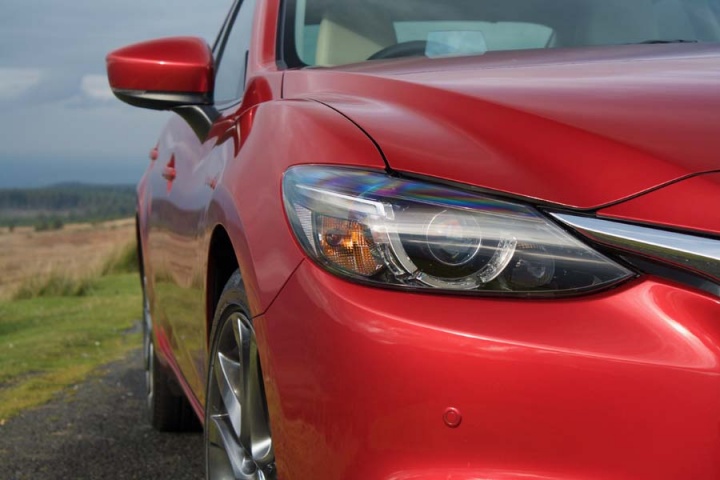 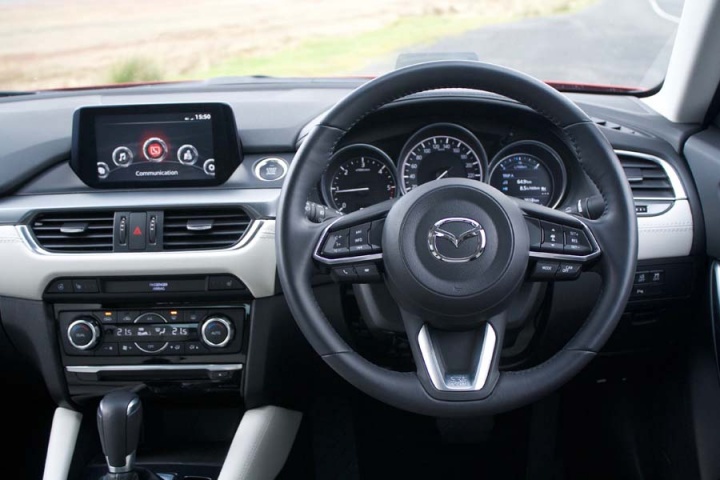 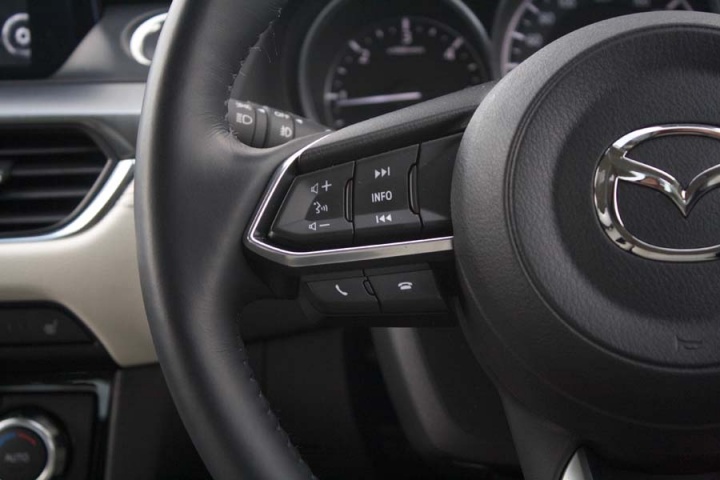 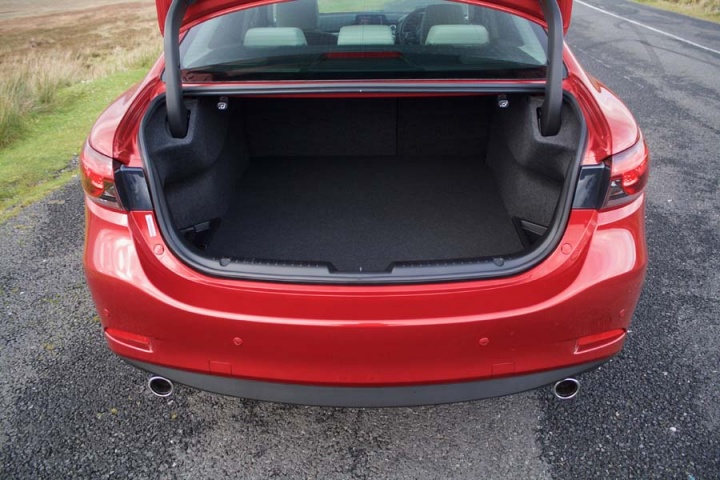 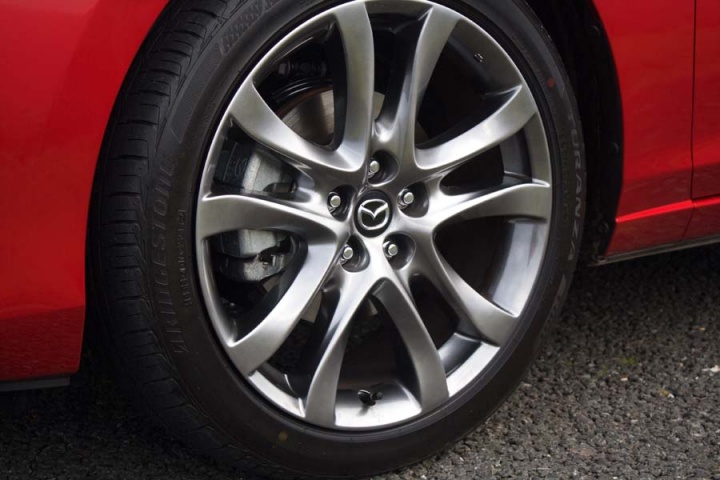 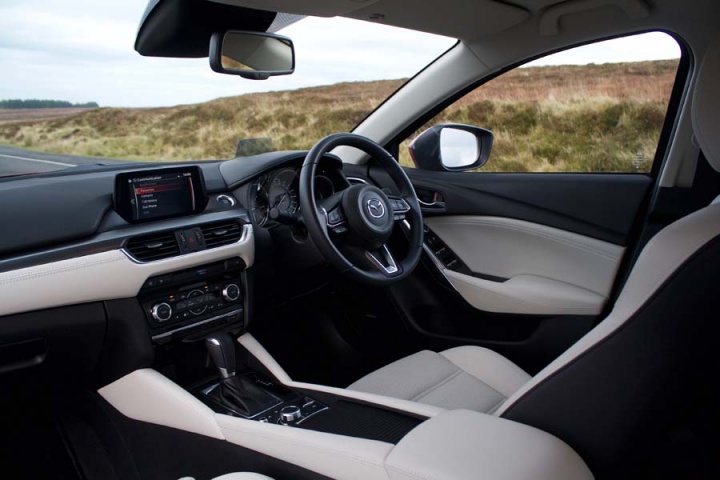 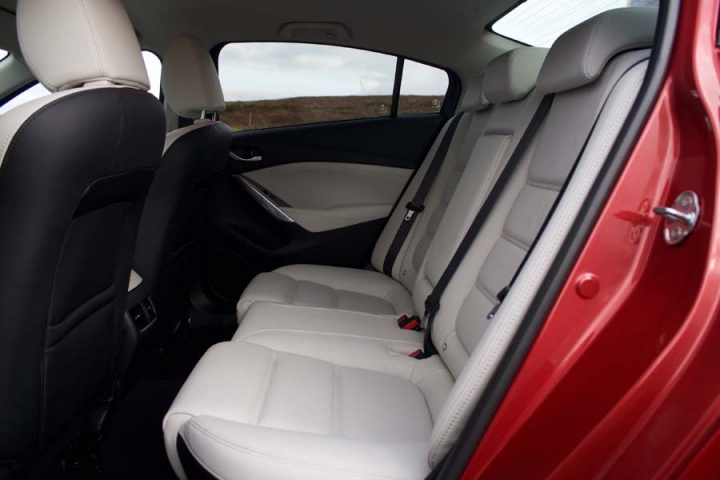 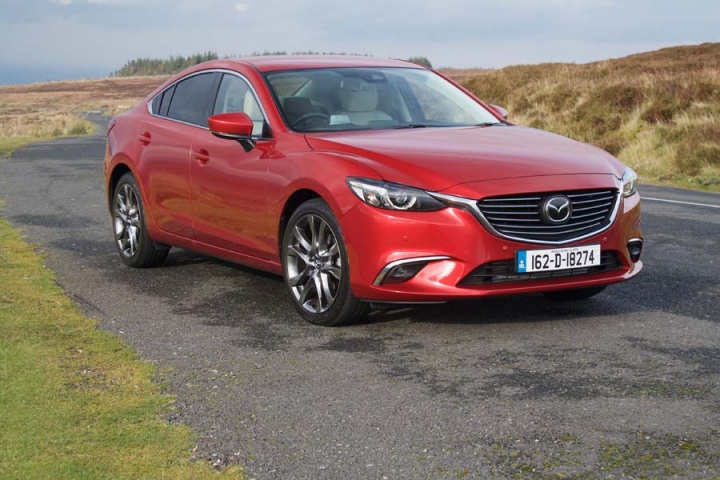 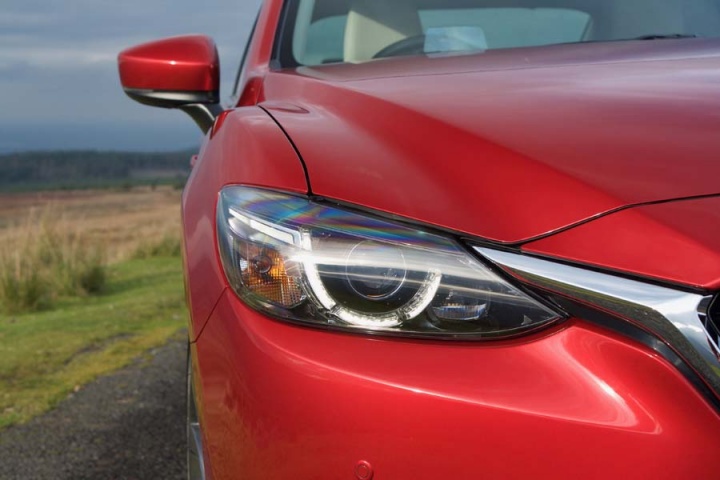 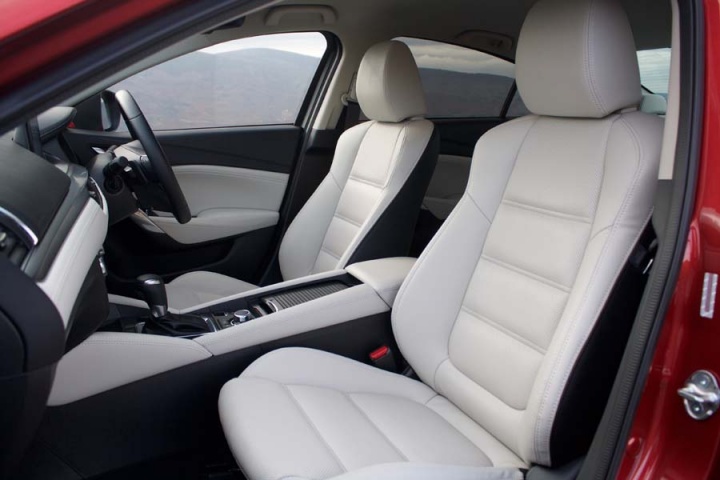 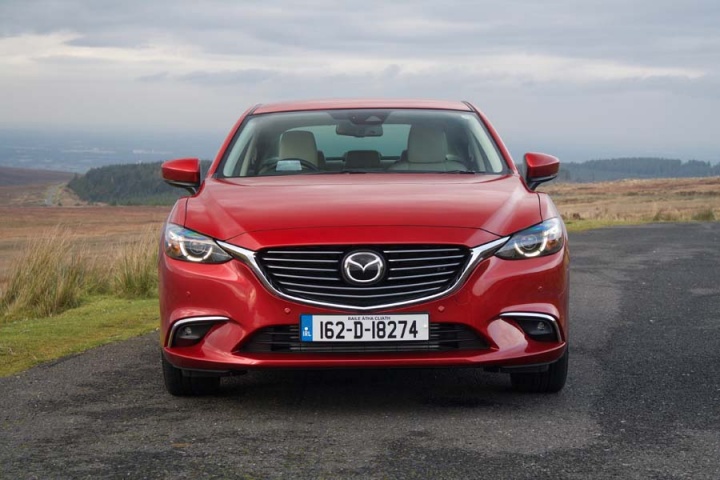 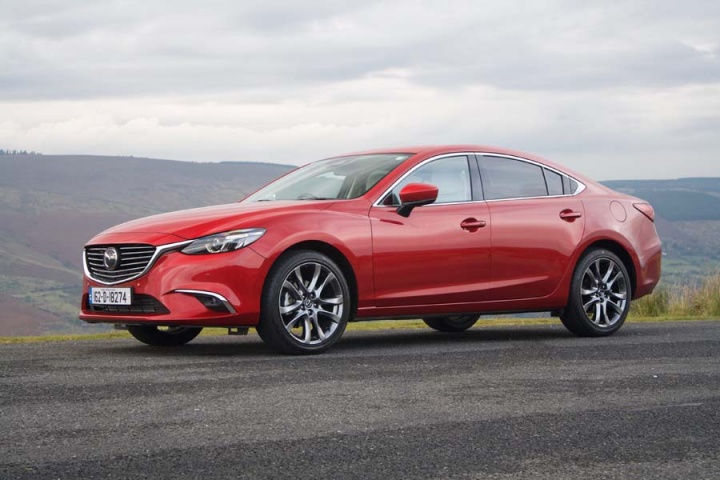 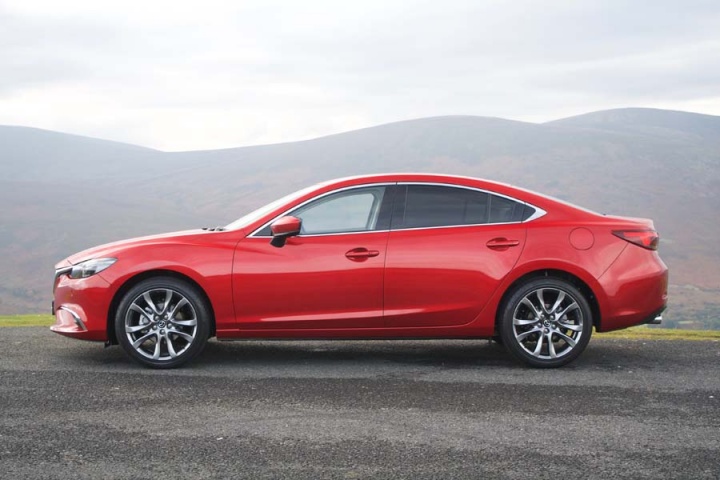 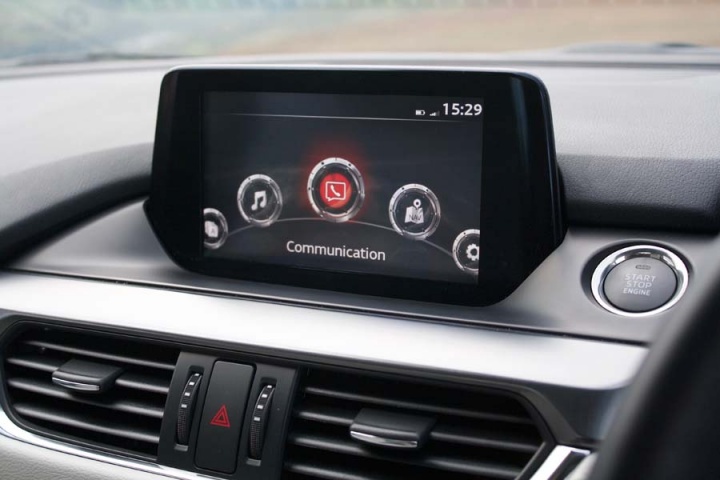 Having recently updated the styling, Mazda has now given the 6 some mechanical updates with tweaks to the suspension and steering. It remains one of our favourite saloons.

Not so good: starting to feel its age in some areas, slightly thirsty.

Got your magnifying glass handy? Your microscope? Good, then we can begin. Mazda is fast becoming the mainstream, Japanese answer to Porsche, in the sense of the way it does vehicle updates. Instead of releasing a single, one-and-done mid-life refresh of a major model, Mazda (as does Porsche) keeps upgrading, tinkering, fiddling - like an inventor who just can't help but return to their creation for one more tweak.

So, not 18 months ago, we reviewed an updated and refreshed Mazda6, a Groundhog Day situation in which we once again find ourselves. Whereas the previous update was a largely cosmetic one (new lights, new grille for top-spec Platinum versions and a revised interior) this one is more mechanical. The biggest change is the addition of Mazda's clever new G-Vectoring control system, which is rather like Volkswagen's XDS electronic differential. Basically, what it does is apply an extra layer of electronic control to the steering, the torque distribution to the front wheels, the traction and stability controls and the gearbox. It's not, as you might expect, a way of making the Mazda6 stick to an apex as if adhered to flypaper, but instead a way of smoothing and soothing the transition from straight-ahead to cornering and back to straight-ahead. Mazda claims that, although it's high-tech stuff, the actual feel at the wheel should be all but imperceptible.

And so it proves. You'd have to drive an old Mazda6 and a new 6 back-to-back, through a series of very challenging corners, to sense the difference, but it is, just faintly, there. A sense of extra smoothness to the way the 6 points into a corner, a whiff of extra effortlessness. Would it be nice to have a bit more of a definitive feel to the whole thing? Yes, it would, but if it makes the 6 more stable, more surefooted and safer as a result, then we're all for it.

A shame that Mazda couldn't have spared a few of the engineers from the G-Vectoring project to sort out the 6's steering. It's an odd thing, the 6's rack - poised, precise and light to the touch at speed (and with perfect accuracy at putting the front wheels on a chosen piece of tarmac), but its weighting and resistance changes around in weird ways at low speeds, occasionally feeling as if the power assistance has gone walkabout.

Still, one of Mazda's claims for the new system is that it reduces driver fatigue on long journeys, partially because it can put a little torque into the steering rack to keep the car pointing straight at cruising speeds. That, coupled with radar cruise control and lane keeping assistance, should make the 6 very relaxing on a long haul, and that seems on the money. We hauled a car-full from Belfast to Waterford to Belfast and back down to Dublin over the course of four days, and felt remarkably chipper after each journey, so something's working right.

Of course, the 6's general demeanour is partly to thank for that, G-Vectoring or not. It was already a car at the peak of its powers in terms of handling and ride, and that hasn't changed. The Mazda6 sits foursquare and surefooted on the road, yet still manages to feel agile and rewarding through corners in a way that most family cars simply aren't.

Inside, our Platinum spec test car did a reasonable impression of a premium German saloon (just as well, given the price tag...). The way the dash-top rolls around the infotainment screen is very BMW 3 Series, and the levels of quality are simply free from criticism. Space is good, and in general so is comfort. We say in general, because the front seats are feeling just a touch narrow across the shoulders, instead of the sink-into-it comfort of such as the Volkswagen Passat or Skoda Superb. While we're on the glitch list, the infotainment graphics are looking a bit old now (although the system works well) and there's no option for Apple CarPlay nor Android Auto. The pop-up 'monocle' screen for the head up display also looks a touch amateur hour, although apparently that will be fixed from the launch of the new CX-5 onwards, starting later this month.

The engine has had its own updates though - Transient Control (which reduces turbo lag and improves responsiveness) and NSS, or Natural Sound Smoother, which improves engine refinement. Neither system, as with the G-Vectoring control, makes a dramatic difference, but both contribute subtly to the 6's overall performance, and they're useful additions.

To be honest, in range-topping 175hp guise, with a six-speed automatic gearbox, we're probably seeing it at its worst, which is to say, its thirstiest. It's still smooth, still mostly refined (although the 6 does suffer from some excessive tyre roar at times) and has an easy, lazy but torque-rich delivery, but the economy is simply not what it should be. At times, we could average no better than 7.5 litres per 100km (37mpg) and while eventually we got that down to 6.7 litres per 100km (42mpg) it should really be able to do better than that. Of course, the more affordable 150hp version with a manual gearbox probably would.

Our Platinum spec test car came with reams of equipment, including the Mazda MZD connect infotainment system, leather seats and trim, radar cruise control, LED adaptive headlights, a Bose sound system with 11 speakers, a reversing camera, autonomous emergency braking with pedestrian detection, rain sensing wipers, heated seats and steering wheel and gorgeous 19-inch alloy wheels. You could probably forego a few of those and bring the price down from a rather steep €41,545 and still have a very satisfying car.

I think satisfying actually sums up the Mazda6 rather nicely. It still looks great, either in the scarlet red of our test car, or (to my eyes) the more handsome gunmetal grey. The cabin is truly excellent (those front seats apart), quality is too and long term reliability prospects are up there with granite worktops and Seiko wristwatches. The fact that the small updates and changes have made the 6 gently better again, if not dramatically so, just reinforces it as our current favourite family four-door.

Ford Mondeo review
Ford Mondeo vs. Mazda 6: handsome styling, and the new ST version looks impressively muscular, but dynamically and in quality terms it's slipping back. 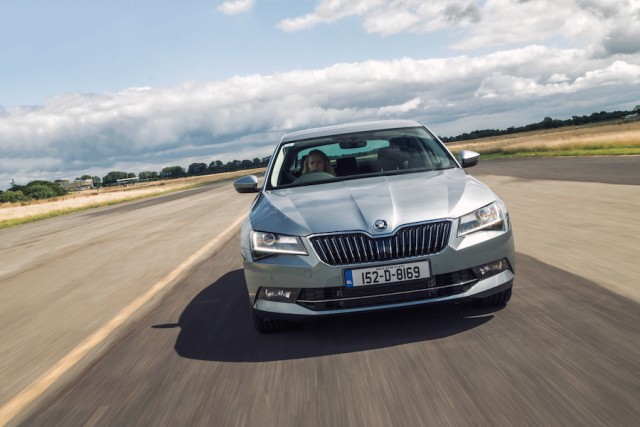 Skoda Superb review
Skoda Superb vs. Mazda 6: enormous inside, with the best and biggest boot in the class, and its prices are mostly very sharp.