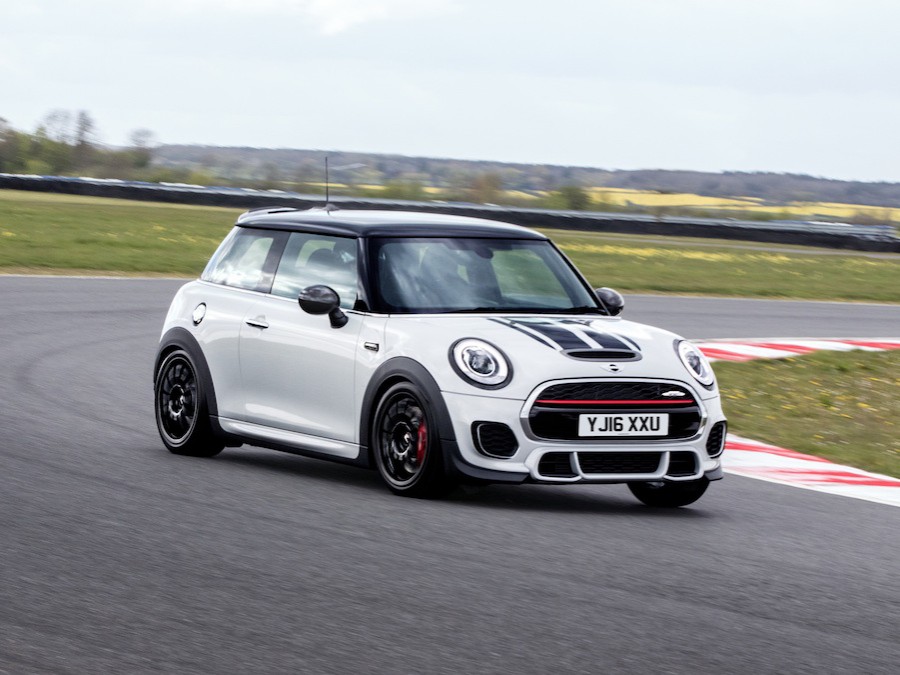 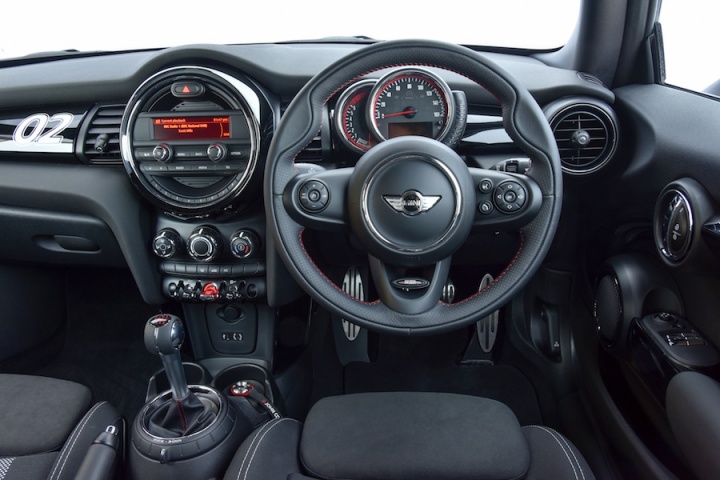 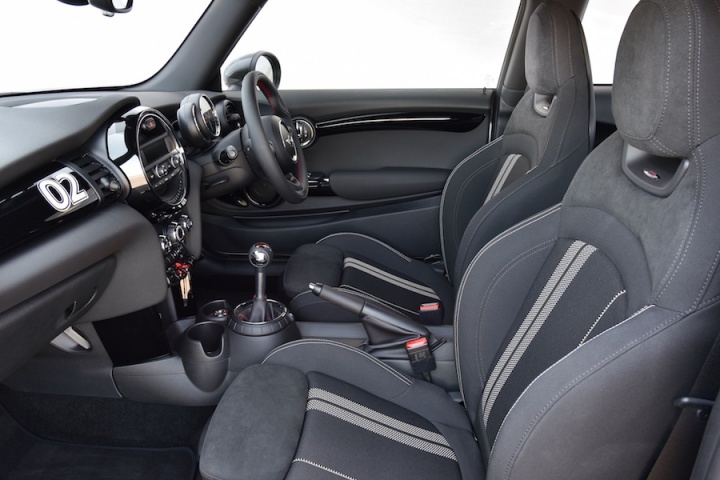 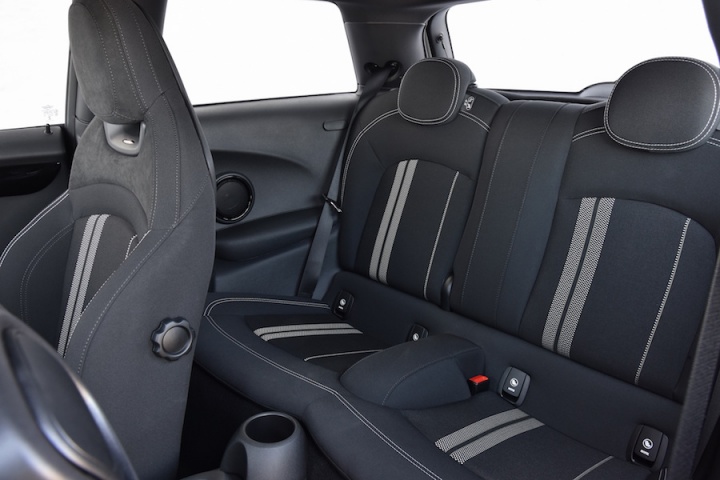 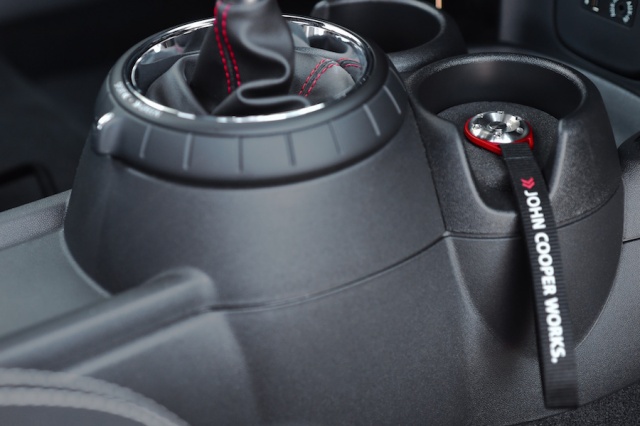 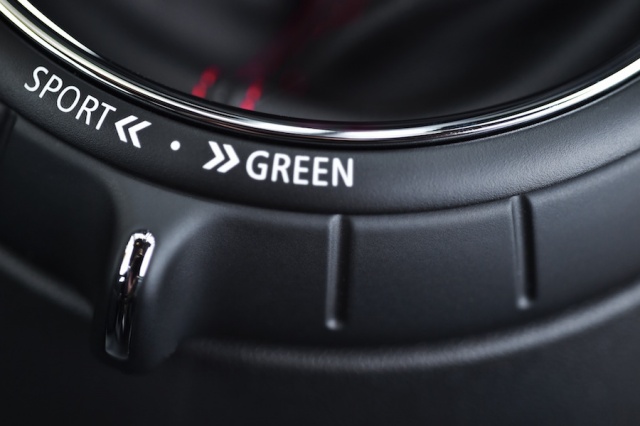 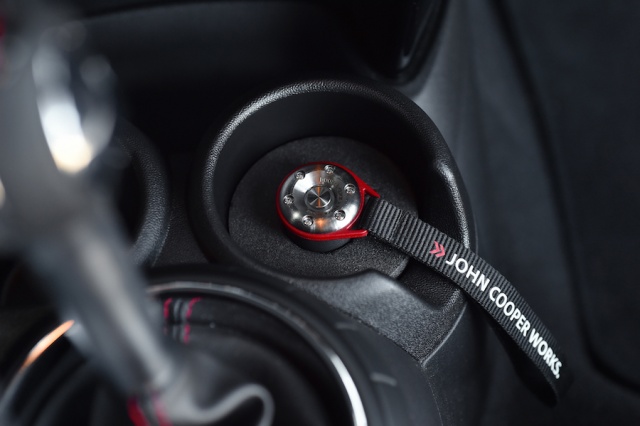 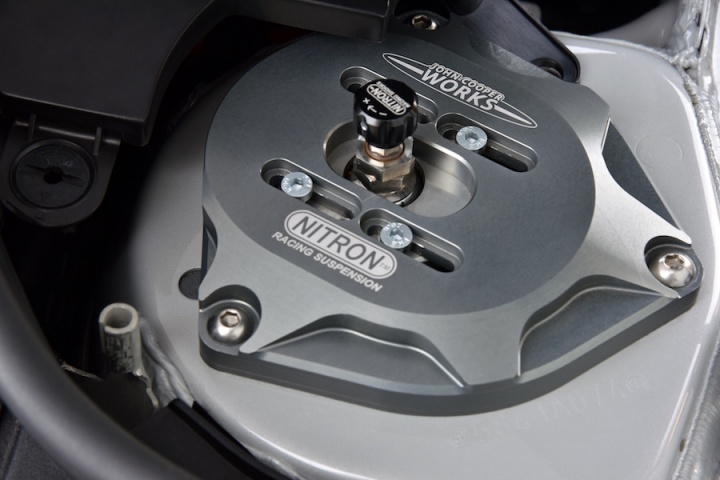 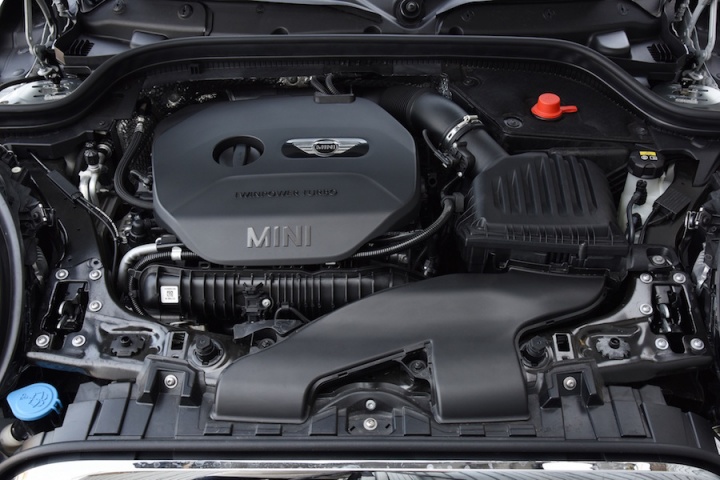 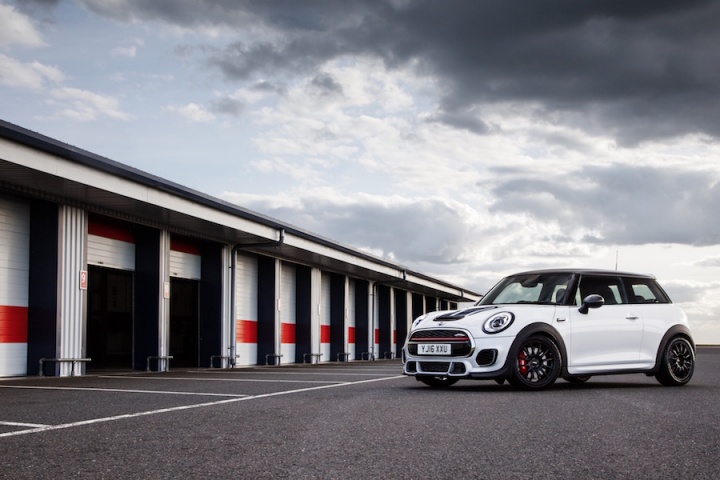 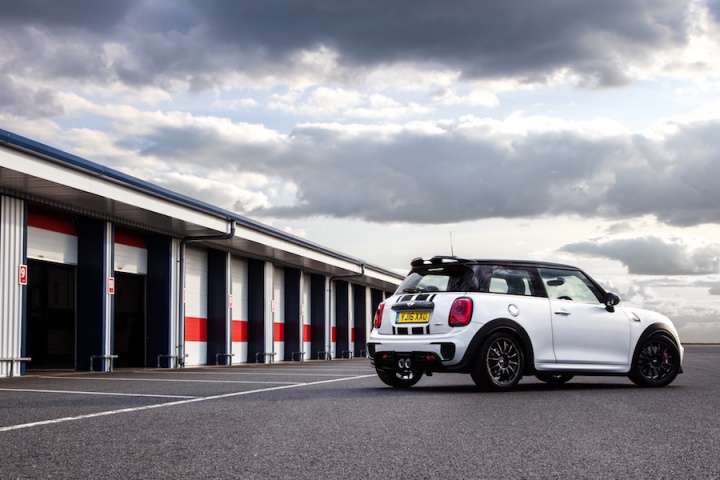 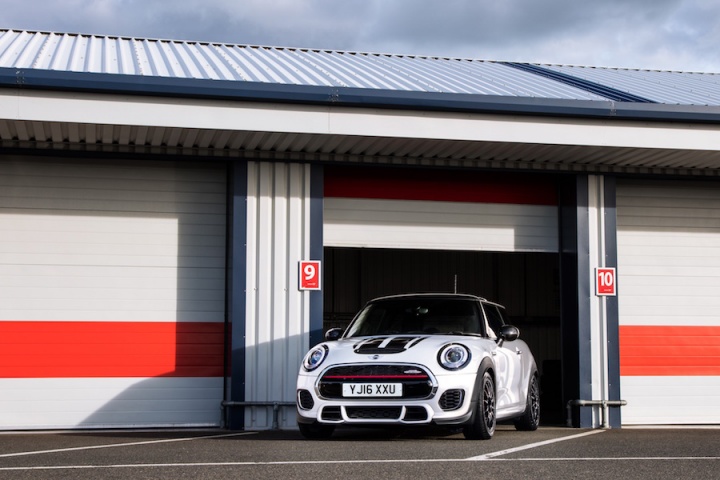 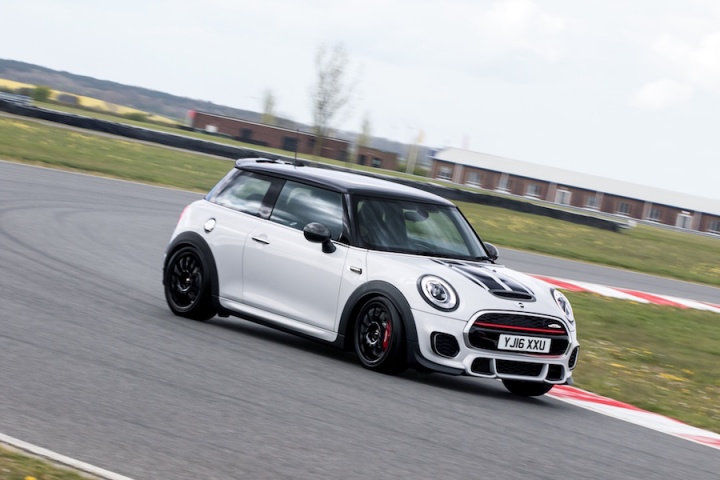 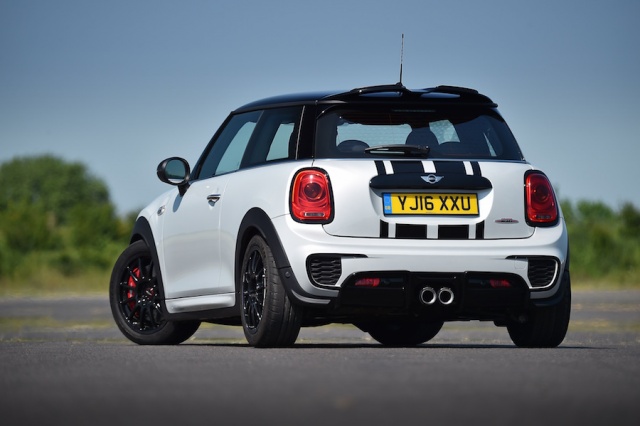 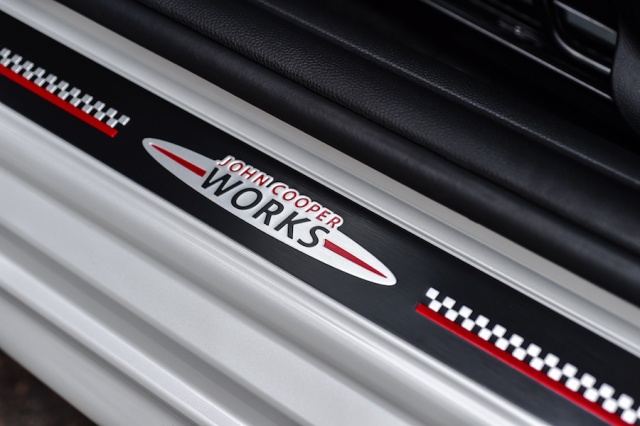 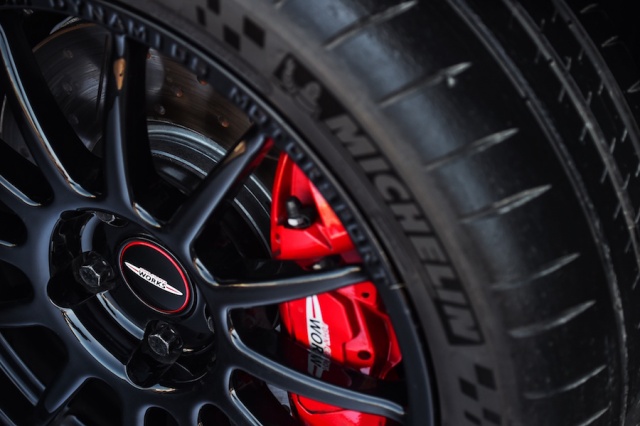 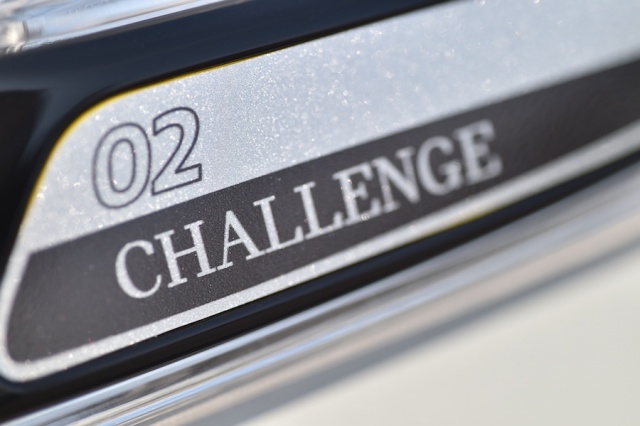 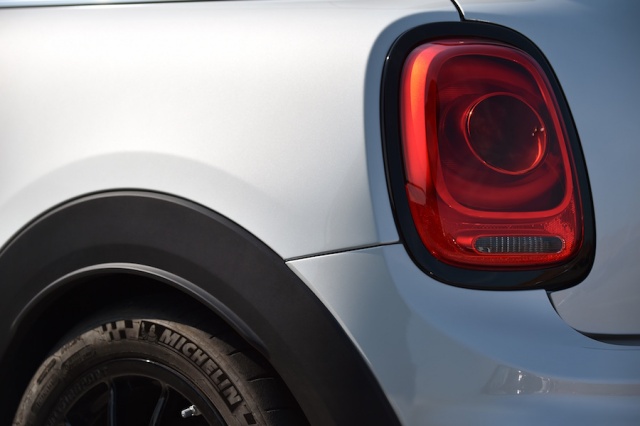 MINI dials up the intensity on its already exciting John Cooper Works with the limited edition Challenge car.

MINI's new, manual only, limited edition Challenge model adds even more focus to the John Cooper Works hatchback and a hefty increase in the price, but the updates will be enough to justify that for those that appreciate such things. It's huge fun, if slightly compromised on the road for its enhanced track ability. One for the MINI die-hards, of which there are many.

As you'd expect of the Challenge, there are big stripes and pipes, larger air intakes, some red detailing and a smattering of unique badges. The uninformed could pass it off as just another John Cooper Works, though get inside and the huge number on the dashboard in front of the passenger underlines it's one of just 100 examples of the Challenge model, built for those MINI customers wanting a car that's a bit more engaging and track-focused.

The interior's as fussy looking as any other MINI, a conflict of buttons, dials and toggle switches as twee in their retro nod back as they can be confusing in their operation. It takes a while to get used to it all, but it's worth the effort, as it's so damned fun in every other area you'll be spending a lot of time in it.

The brief was relatively simple: create a more focused version of the John Cooper Works MINI for customers who might want to take it to the track. With just 100 being built it can afford to be at the extreme end of the spectrum, and buyers are certain to accept the compromises that the Challenge changes bring to its everyday usefulness for the pay off in reward elsewhere. And so it proves. It's immediately apparent that the Challenge is a more focused car. That is not due to any engine changes, however, as the power of the 2.0-litre turbocharged four-cylinder unit remains unchanged at 231hp. To it there's bolted a noisier exhaust, which, inexplicably is switched via a Bluetooth fob. It's more tuneful as standard and downright noisy (in mostly a good way) when open, though it's a bit loud for the noise meters at most tracks out there. Such as Goodwood, England, specifically, where our driving time in the Challenge is spent, on the track alone, rather than any of the roads around it. It's clear when pulling out of the pit lane that the chassis has had some serious modifications. The suspension revisions include Nitron coilover spring and damper units, which are adjustable for bump and rebound, as well as ride height. Coil overs on any car are transformational and so it proves on the MINI, the immediacy of response from the steering improved and the ride busier, while the connection between car and driver is far stronger. There's an engagement that's muted in the standard car, the sensations clearer defined and more obvious in their intent, here. The set-up is largely based on MINI's racer, so there's more negative camber on both front and rear axles for a start. To that there's a Quaife limited slip differential for greater traction, along with lighter Team Dynamics alloy wheels shod with Michelin's Pilot Sport Cup 2 tyres. The combination of those wheels and tyres reduces unsprung mass by a not insignificant 2.5kg per corner.

That mass reduction doesn't drop the overall kerb weight, however, as, because of elements like that limited-slip differential, the Challenge not a lightweight special. If feels more eager though, the way it turns in far more intense, and it gets better the harder you push it. In that way it feels very like a race car, it operating at its best when it's driven approaching its limits, where it's hugely amusing. There's adjustability and playfulness in its chassis, too, allowing you to trail brake hard into corners, before relying on that diff to help pull you out. It rewards smoothness, but likewise it'll not punish if you're not. The brakes are mighty thanks to vented discs and uprated pads, making the Challenge's weakest point the manual shift.

Infinitely superior to the paddle-shifted option in the standard John Cooper Works, the six-speed manual is the only option in the Challenge, and it's shown up as a bit lacking in precision when the rest of the package is so sharp. There's slackness across the gate and it's not particularly adept when hurried, though its failings can be accommodated with familiarity. We'll see what it's like on the road in time, but we'd imagine that, with a bit of time to fiddle with the dampers, owners could find a perfect road set up and a track one - changing the front settings is far simpler than scrambling underneath the rear, though undoubtedly worth the effort to get the most from the car. That pretty much sums it up: it'll reward the effort you put in. The Challenge, by definition, appeals to the sort of person who'll do so, too.

The leap in price isn't insignificant at around 35 per cent above a regular John Cooper Works, but there's some pretty trick kit underneath. Then there's the limited edition status, which means it'll be the one to have when they start to pique the interest of collectors/investors in a few decades. Still, we can't help thinking an old John Cooper Works, some aftermarket bits and a friendly, shrewd mechanic could come up with much the same result, for much less money.

Abarth 695 Biposto: stripped-out Abarth 500 is perhaps the MINI's most obvious direct rival, though loses two seats and gains an even more absurd price...

Ford Fiesta ST200: one of our favourite small hot hatches gets quicker still. Wouldn't take too much to add some coilovers and give the MINI some real competition.

Lotus Elise: you really want a car with track ability and sharpness? Then look no further...

The new, limited edition Challenge is a sharper MINI JCW that's very clearly defined in its intent. It'll have huge appeal to MINI fans with deep pockets and a penchant for track days. We'll have to drive it on the road to really decide if it's worth the extra, but on track it feels pretty special, even if it's difficult to ignore that price...