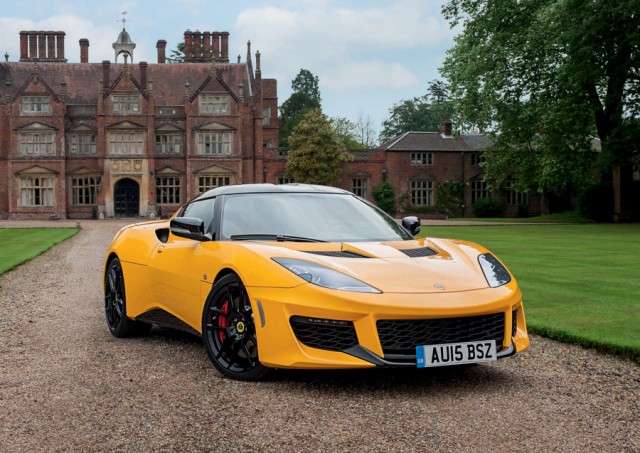 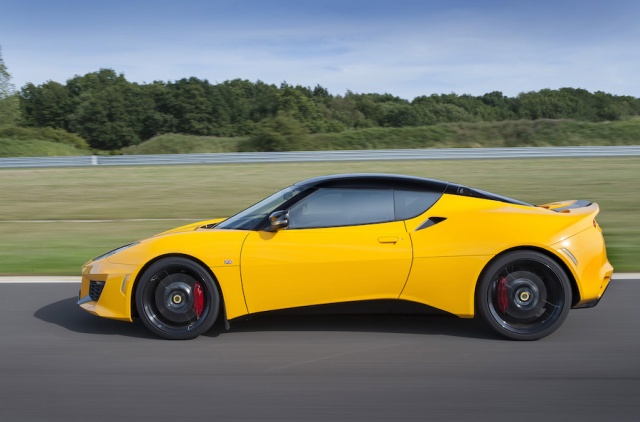 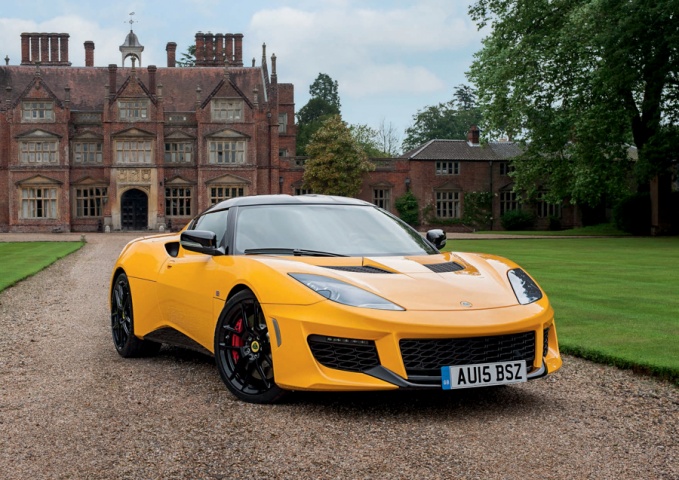 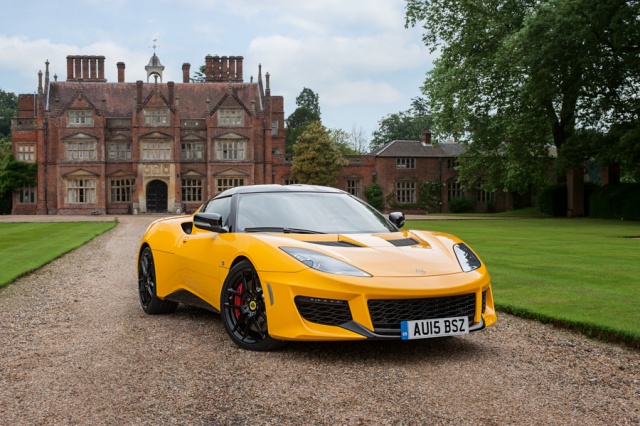 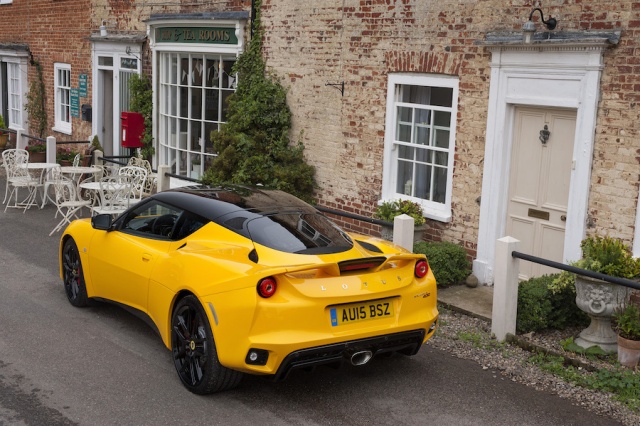 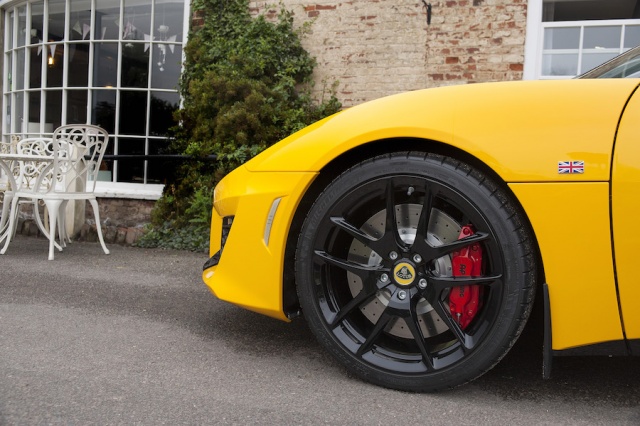 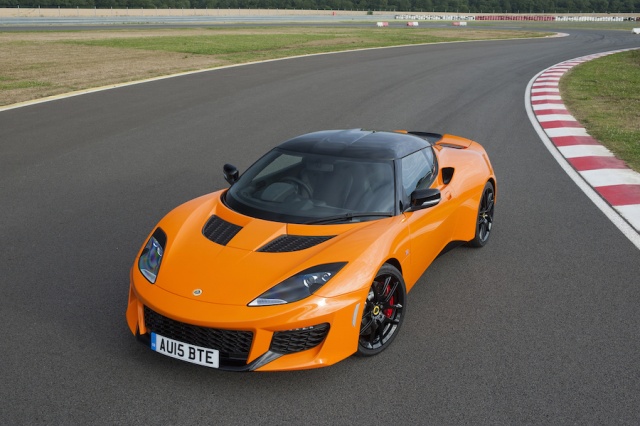 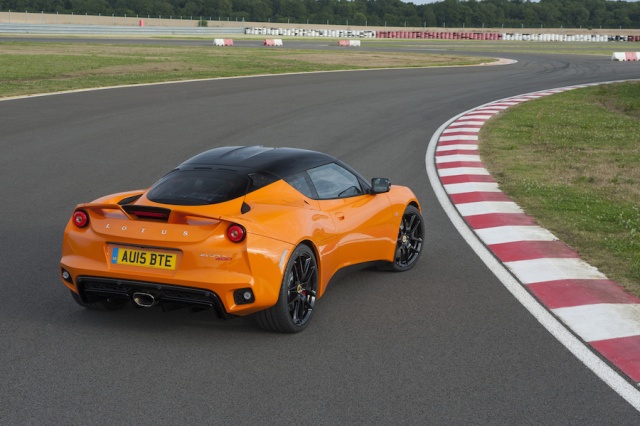 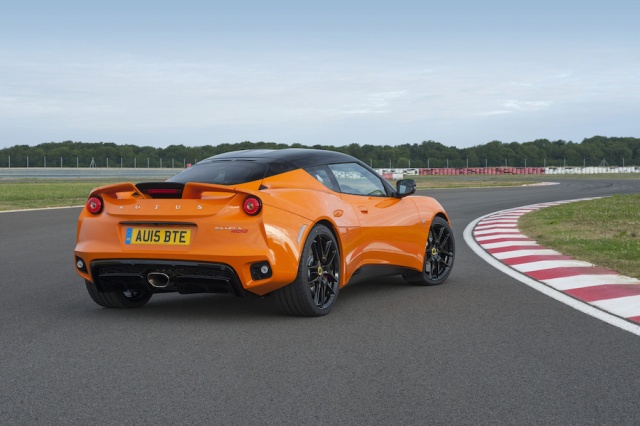 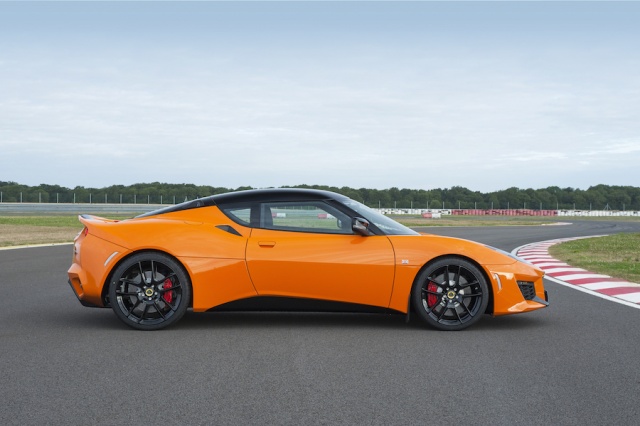 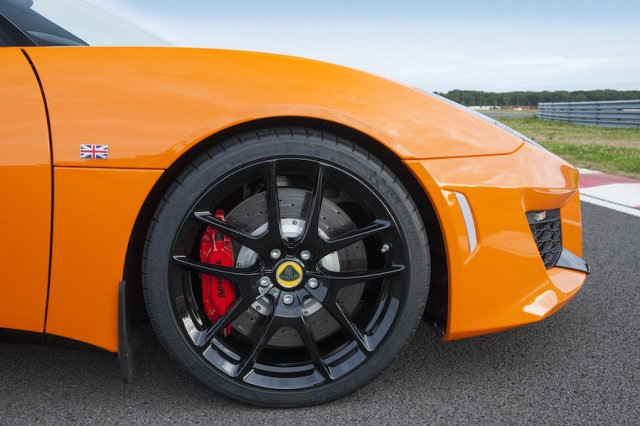 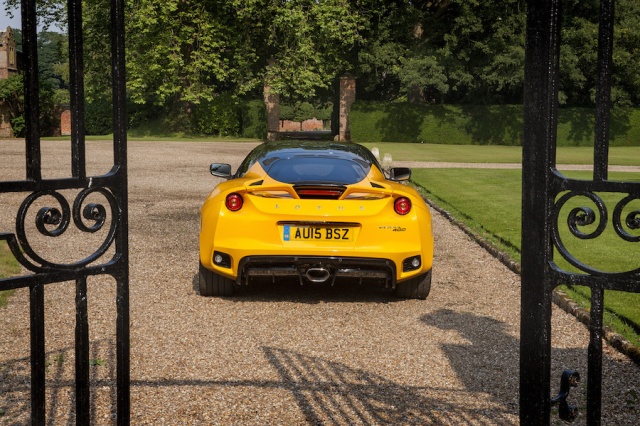 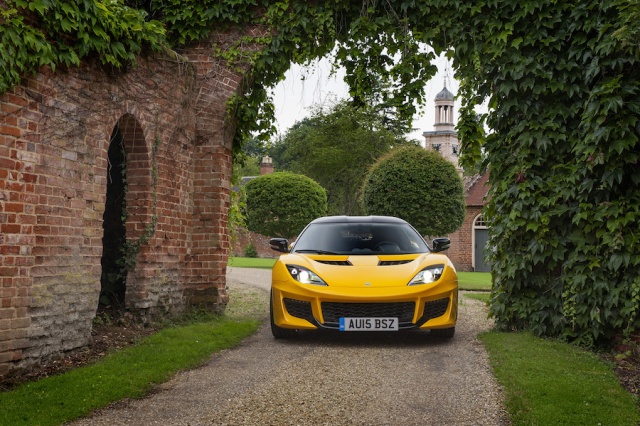 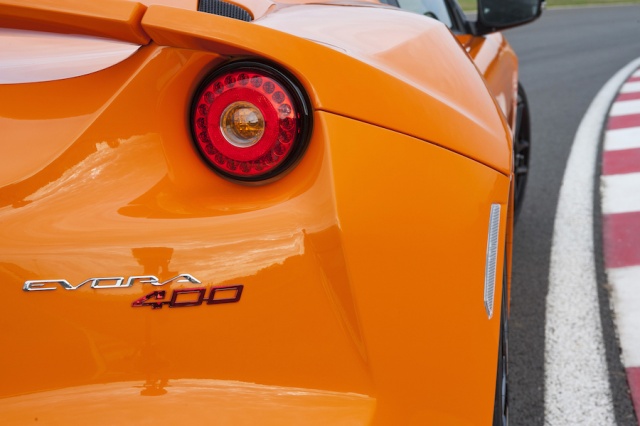 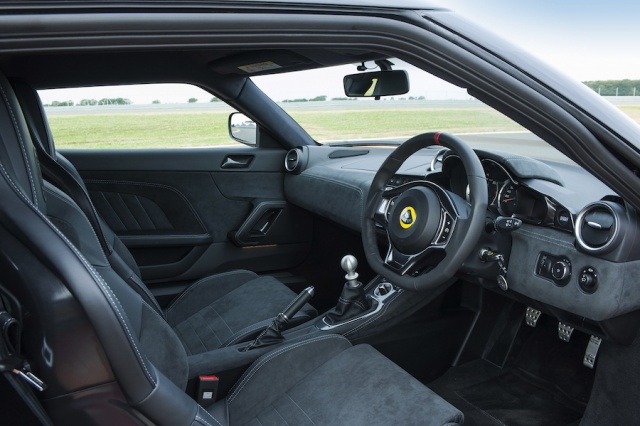 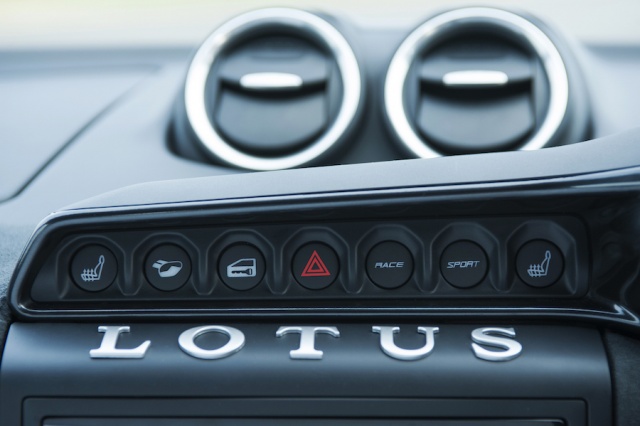 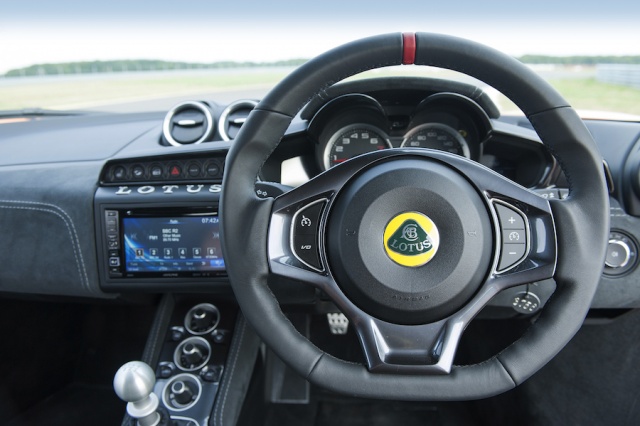 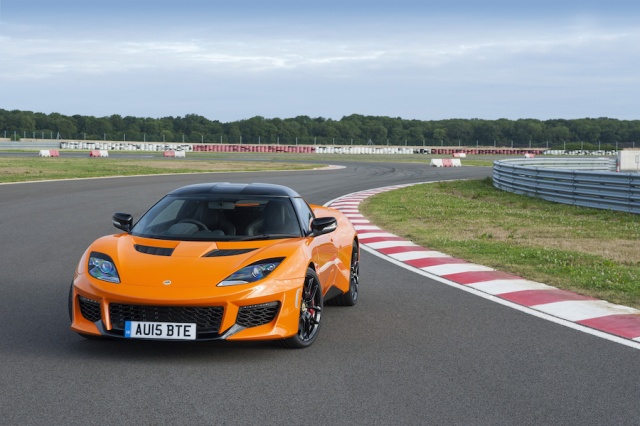 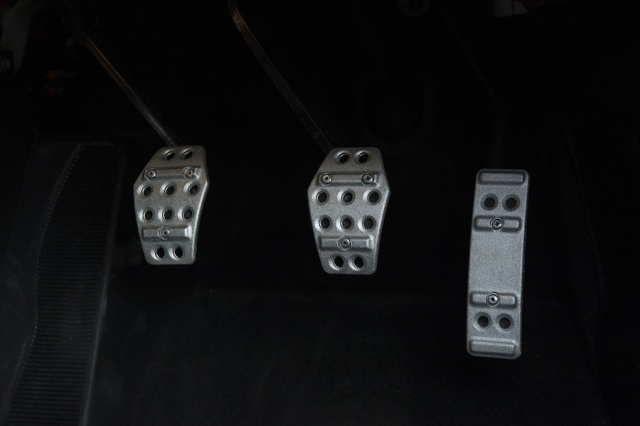 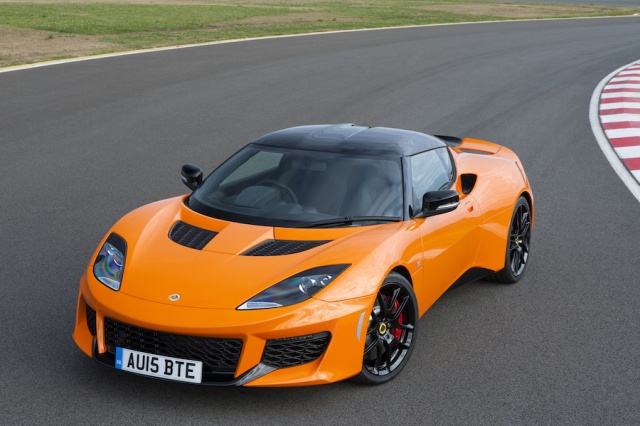 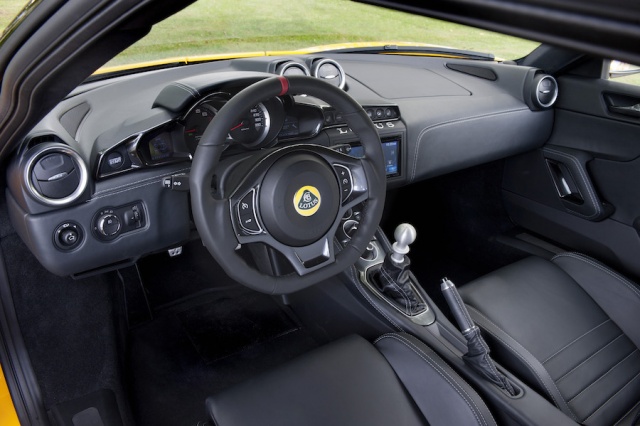 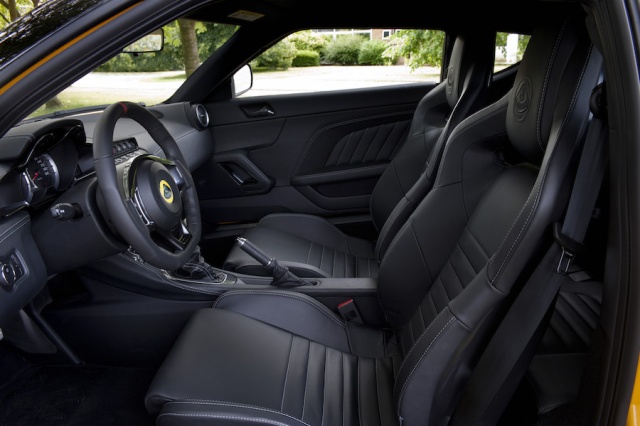 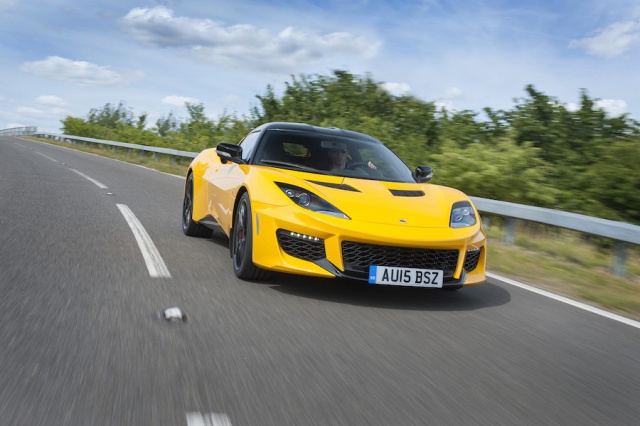 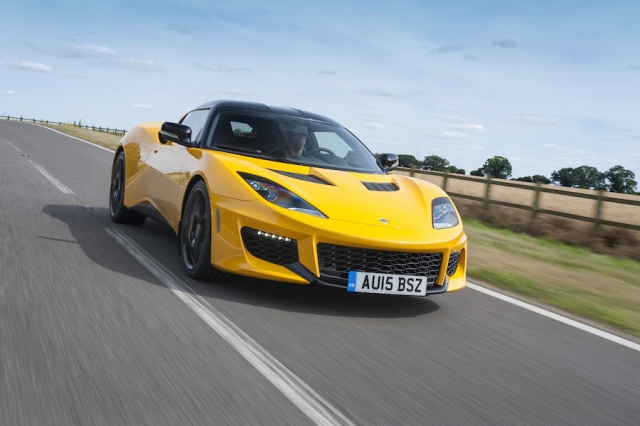 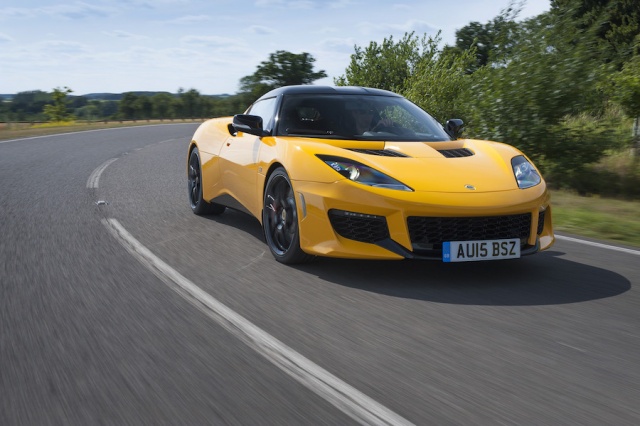 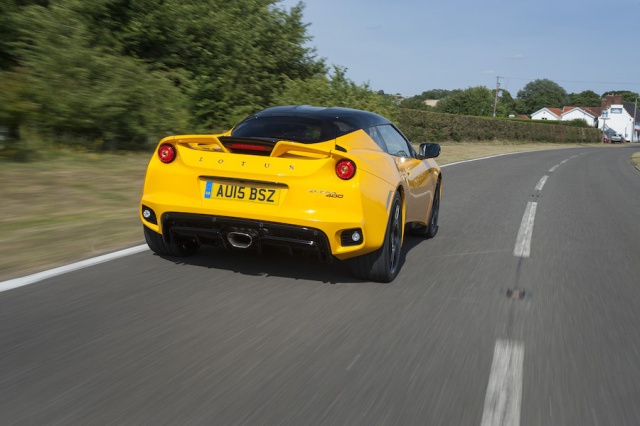 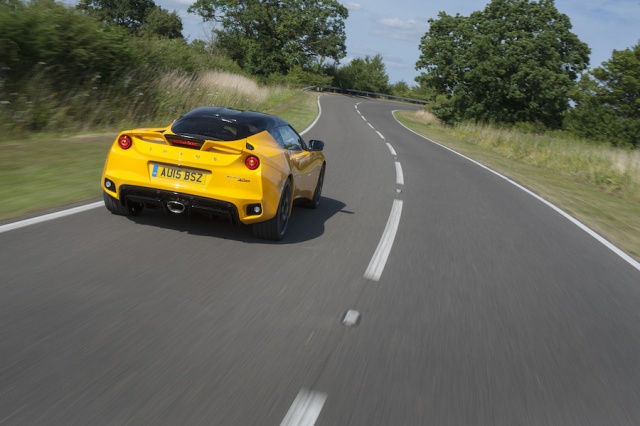 Lotus updates the Evora for a wider audience, without losing its core appeal.

The Lotus Evora coupé has always been a 'nearly-there' sports car, but Lotus has been very busy extensively changing it for 2015. The result is no longer nearly...

We've been used to a trickle of changes to Lotus models, but with the Evora 400 they are a good bit more comprehensive than usual. That's immediately obvious, the Evora's somewhat amorphous front and rear getting a real visual boost with edgier looking bumpers, echoing the sharp detail lines on the car's flanks. The result is far more cohesive, considerably more muscular and assertive, really differentiating it from all Evora derivatives that came before it. That's a good thing too, as under those more aggressive looks is a significantly overhauled car, Lotus claiming that over two thirds of the Evora 400 is new.

The cabin has been significantly re-worked, too. You'll be sitting admiring the smarter dash, clearer instrumentation and more sensibly laid-out switchgear wondering what's missing from the Lotus experience. Put simply, it's the first Lotus in a long time you don't have to figure out how to get in, and shuffle and adjust to get seated properly. Significantly, the changes to the Evora 400 include a 56mm drop in the height and 43mm reduction in width of the side sill. That might not sound like much, but it's the difference between getting in and out easily - for both driver and passenger - which removes a huge compromise in its everyday usefulness. The rear 'seats' remain and Lotus says there's more space. Up front there are now Sparco seats (in place of Recaros) dropping 3kg a pew. The interior feels far more befitting of a car at this price point - though Lotus could do with sourcing some smarter parts-bin column stalks, as the old Ford ones jar a bit.

Previously, Lotus fans forgave the Evora those entry/exit compromises and ignored the column stalks for the promise of an engaging drive, and it's more of the same with the 400, as Lotus has dialled up the intensity. It has done so by shedding the kilos, the Evora 400 dropping some 42kg, despite extra 20kg the new supercharger and charge-cooler adds over and above the Evora S. Weight's down and power is up; 406hp (the '400' part of the name refers to the figure in imperial bhp) is on offer from the Toyota-sourced 3.5-litre supercharged V6 engine, while its maximum torque figure of 410Nm is available from 3,500rpm to 6,500rpm. The V6 likes revs, though it's not exactly stressed at low engine speeds, bringing any-rev, any-gear speed. It sounds great too, at least when you press the button for the bypass on the exhaust, it results in a rousing, blaring, popping and cracking cacophony from behind. The manual gearshift is improved as well, with better-routed and lubricated cabling resulting in more accuracy, but it's not a gearbox that's particularly comfortable being rushed. Nonetheless, while it might be lacking the precision of the best manuals out there - specifically Porsche's six-speeder in the Cayman and Boxster - and take a bit of learning, it's not as obstructive as it once was. There's a paddle-shifted automatic gearbox that might suit some buyers, but again, it's not as quick as some rivals' dual-clutch transmissions, though it is well suited to the Evora 400's rounded appeal.

The manual version comes with a mechanical limited-slip differential (the auto doing without for now), and a host of changes to the suspension to improve accuracy, control and stability, without ruining the supple ride. There's more grip than before too thanks to Lotus moving to Michelin tyres with bigger contact patches. There's talk of downforce, as well, but not a lot and it's only produced deep into illegal speeds, so the grip most will explore will mechanical, and that's plentiful. Lotus has configured its stability systems to offer normal, Sport and Race options. Sport allows lots of slip before gently saving you from yourself, Race even more. There's an off button, too, which shouldn't be avoided, as the Evora 400 is a friendly enough proposition even when it's pushed beyond its high levels of grip and traction. The brakes are mighty, AP Racing four-piston callipers, though a slightly higher pedal would make for an easier heel-and-toe blip to smoothen out manual downshifts.

The steering remains a highlight, though the Evora 400 features a revised set up, with a lower mounting for the rack, to reduce bump steer. It's quick and clear, and unlike most rival systems it remains hydraulically assisted. There's plenty of communication through the rim and the Evora 400's nose is very accurate, which, mated to the exceptional ride quality and control given its sporting intent, makes for a hugely engaging drive. There's loads of feel, not so much as to be busy and tiring, but enough to make sure you know exactly what's going on, and make the Evora an interesting drive even when you're not in a hurry. That if achieves this with a new maturity that's in the GT league makes it a far more rounded proposition, helped by improvements inside to the ventilation and heating, too. The Evora's greatest compromises have all but been eradicated in this latest incarnation.

The UK Sterling price of £72,000 translates into an approximate imported price at the time of writing of about €153,000. That's on a par with the Porsche 911 Carrera S. Lotus has pared back the options on the Evora 400, basically offering none, so all come well equipped; the only choice you really have is colour - and transmission. Where previously we might have baulked at spending so much on a Lotus, the Evora 400's greater day-to-day usability, combined with its engaging driving experience do make it a far more appealing prospect. That it looks sharper, helps, and it (just) scrapes beneath the top tax band here in Ireland thanks to 225g/km emissions in manual guise. You may have to import one if you want one, but finally it looks like Lotus has a car that justifies that extra effort.

Jaguar F-Type: a beauty that has shaken up the class; it's not as pin-sharp as the Lotus, but very tempting.

Porsche 911: the benchmark, a brilliant all-rounder, but priced above the Lotus, and the Evora's more engaging more of the time.

Porsche Cayman S: if you can live without the Evora 400's additional 'seats' this is a tough act to beat.

Previously the Lotus Evora was a car that might make a shortlist, but would too easily have been quickly dismissed for its shortcomings. What Lotus has achieved with the Evora 400 is to keep its enthusiast core, yet increase its mainstream appeal. It's as engaging as ever to drive, faster, more refined and far better looking inside and out. Changing something as simple as easing getting in and out has made an appreciable difference to its desirability, too. The Evora 400 is no longer a car you can easily overlook, and one that you might now seriously consider.