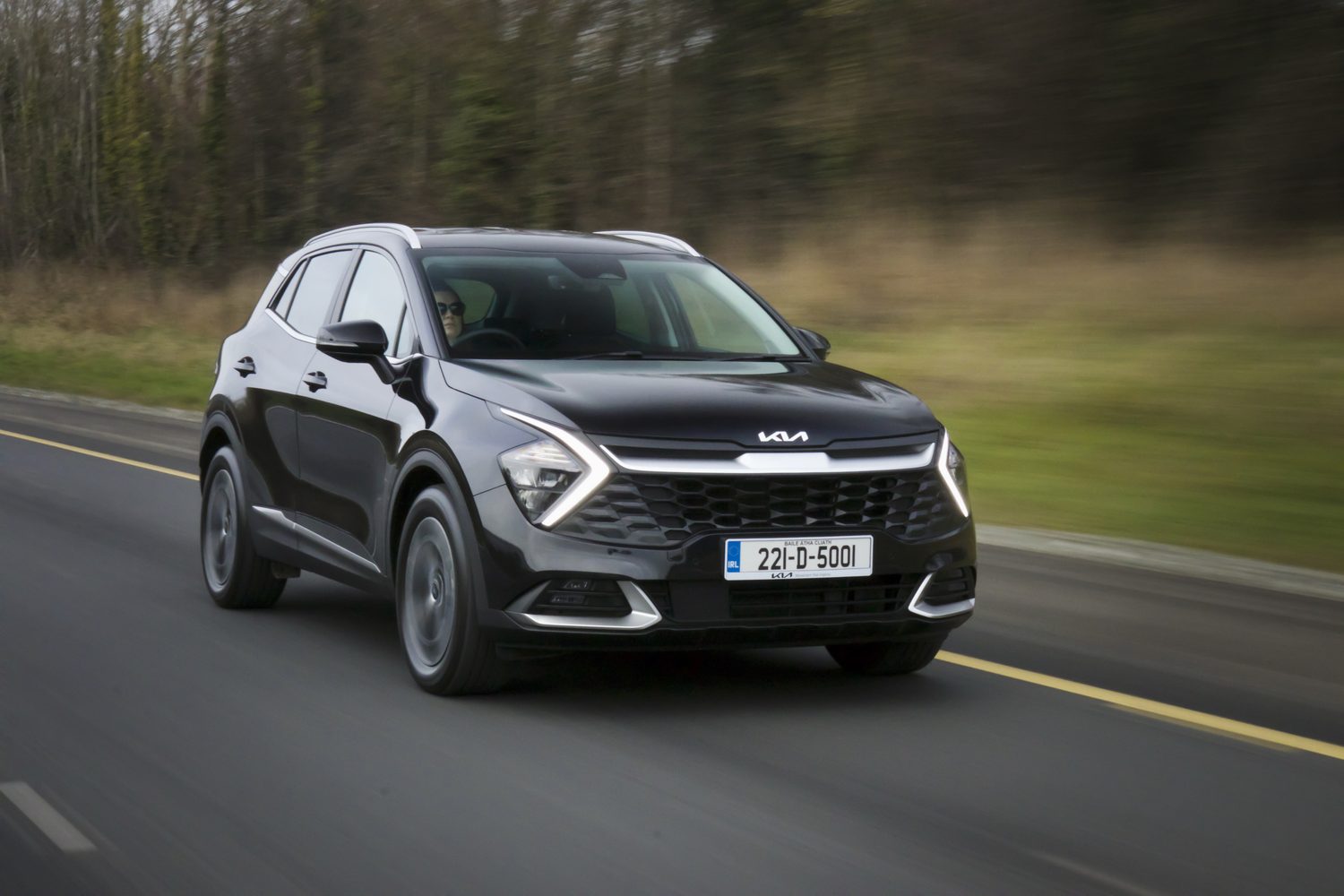 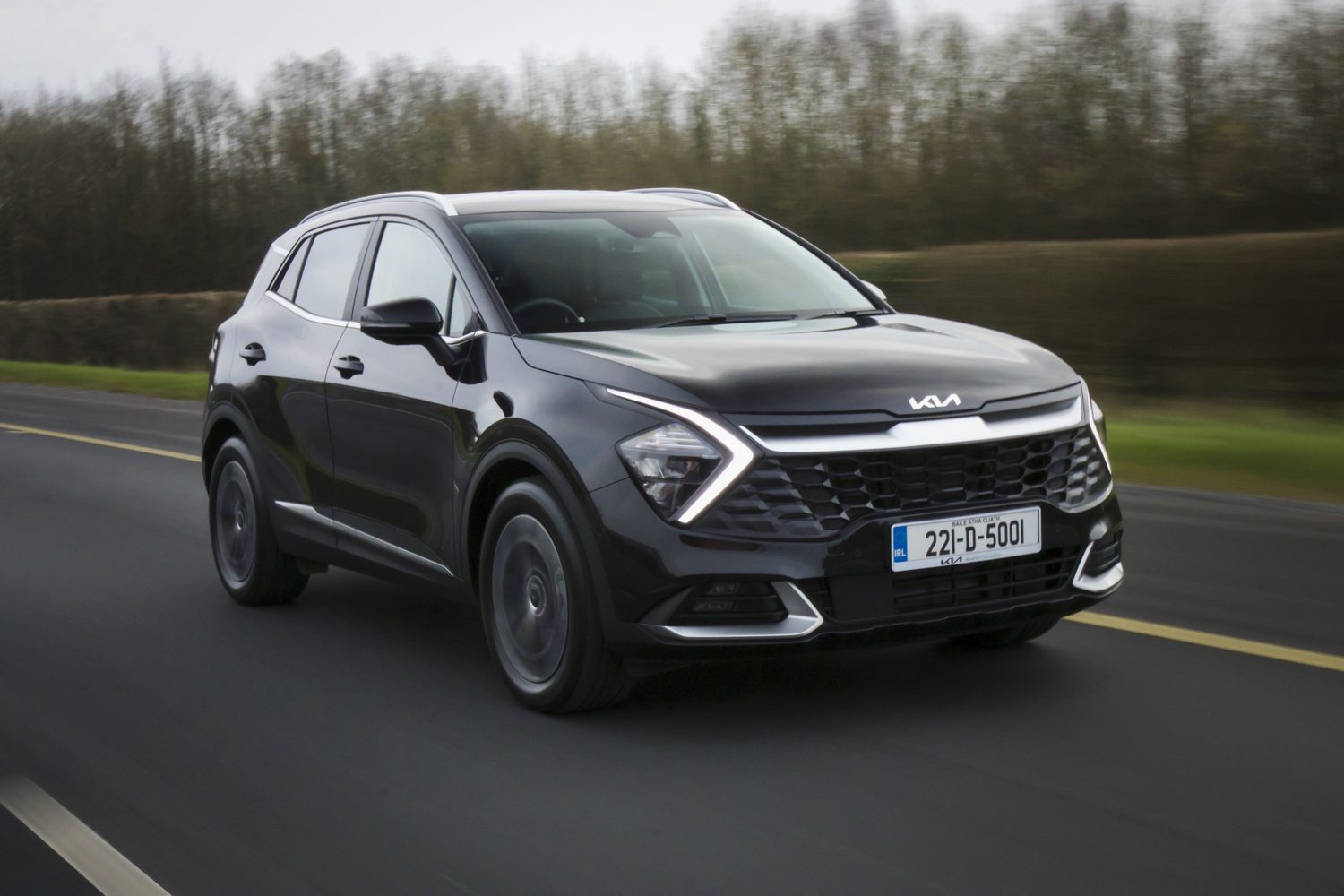 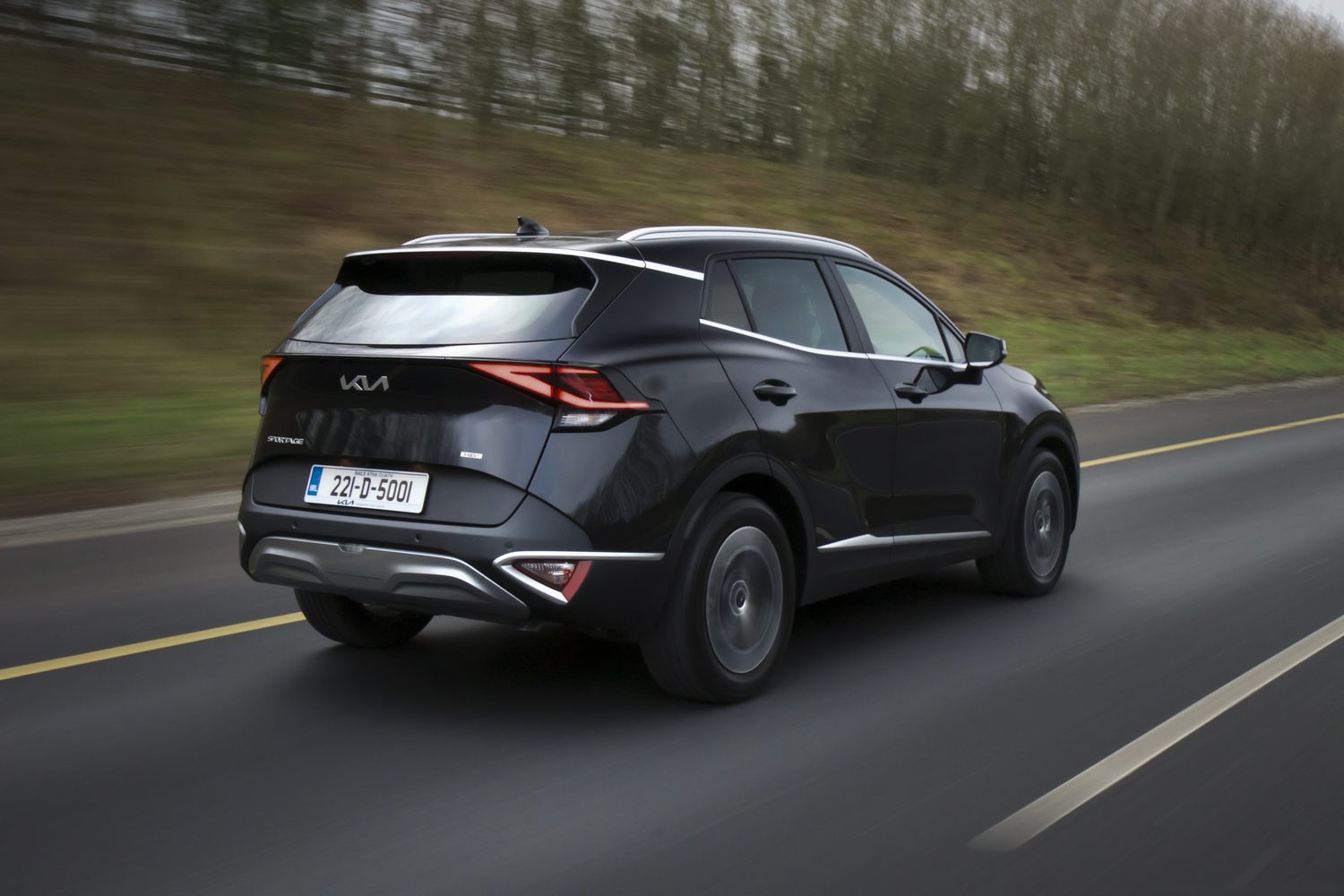 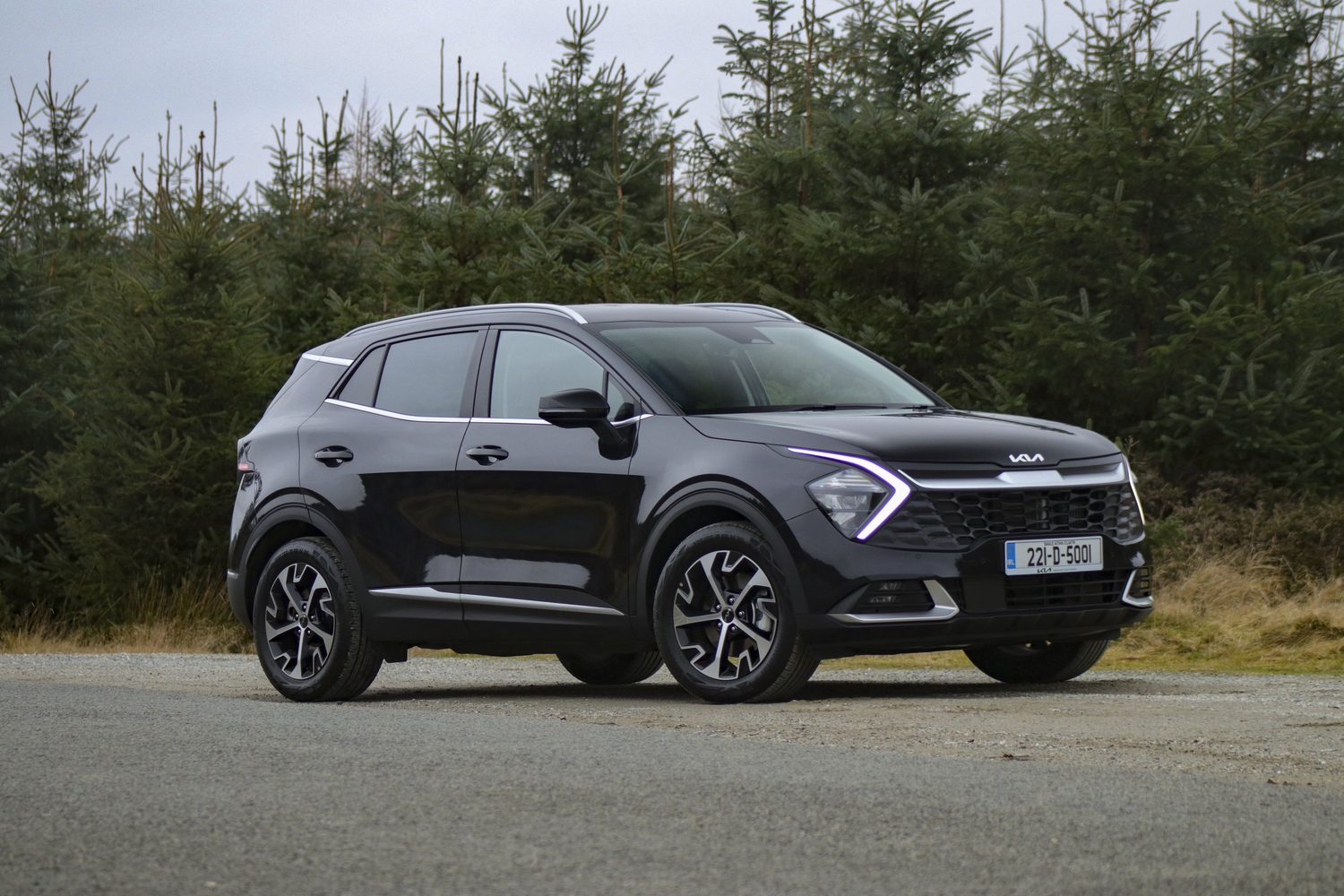 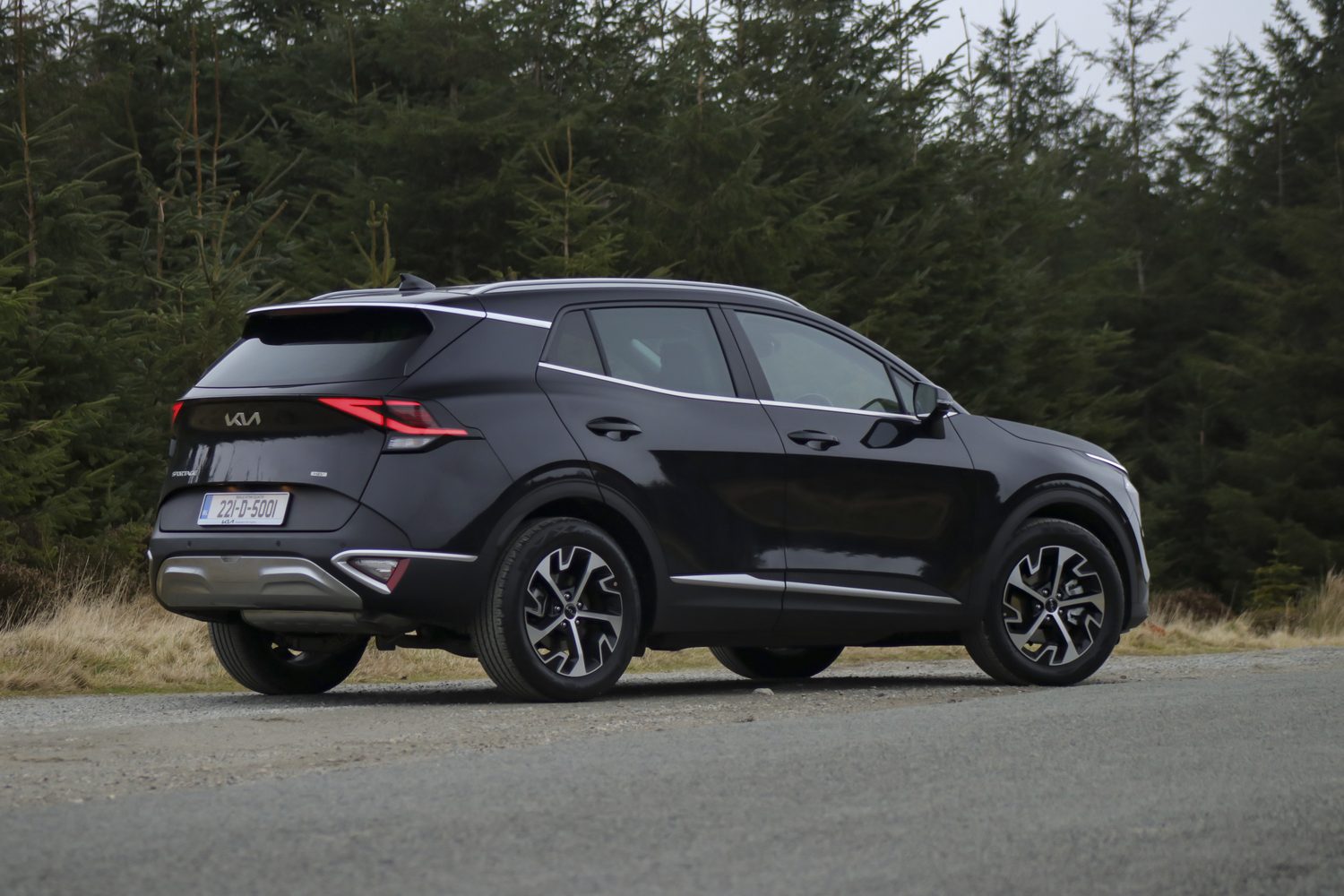 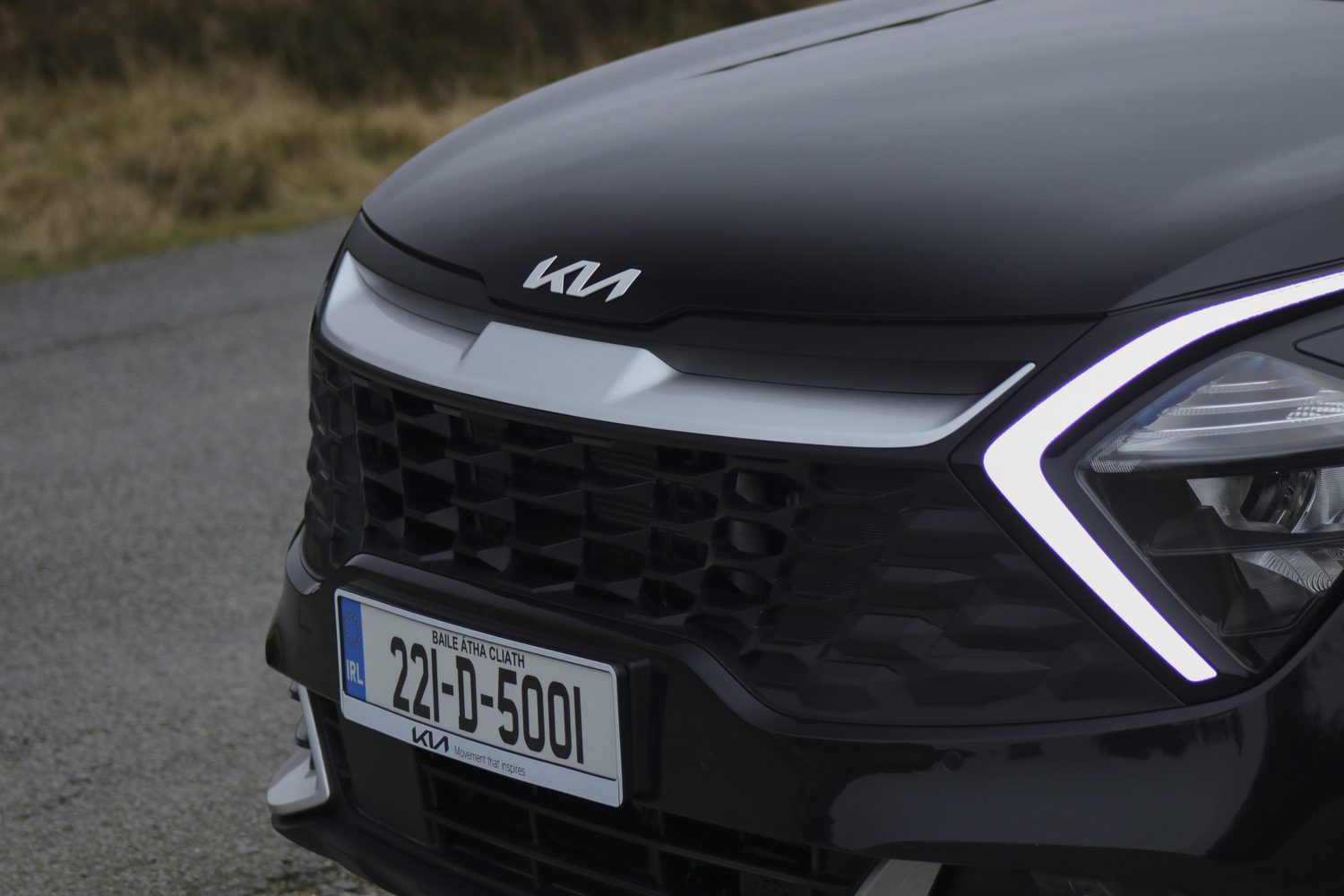 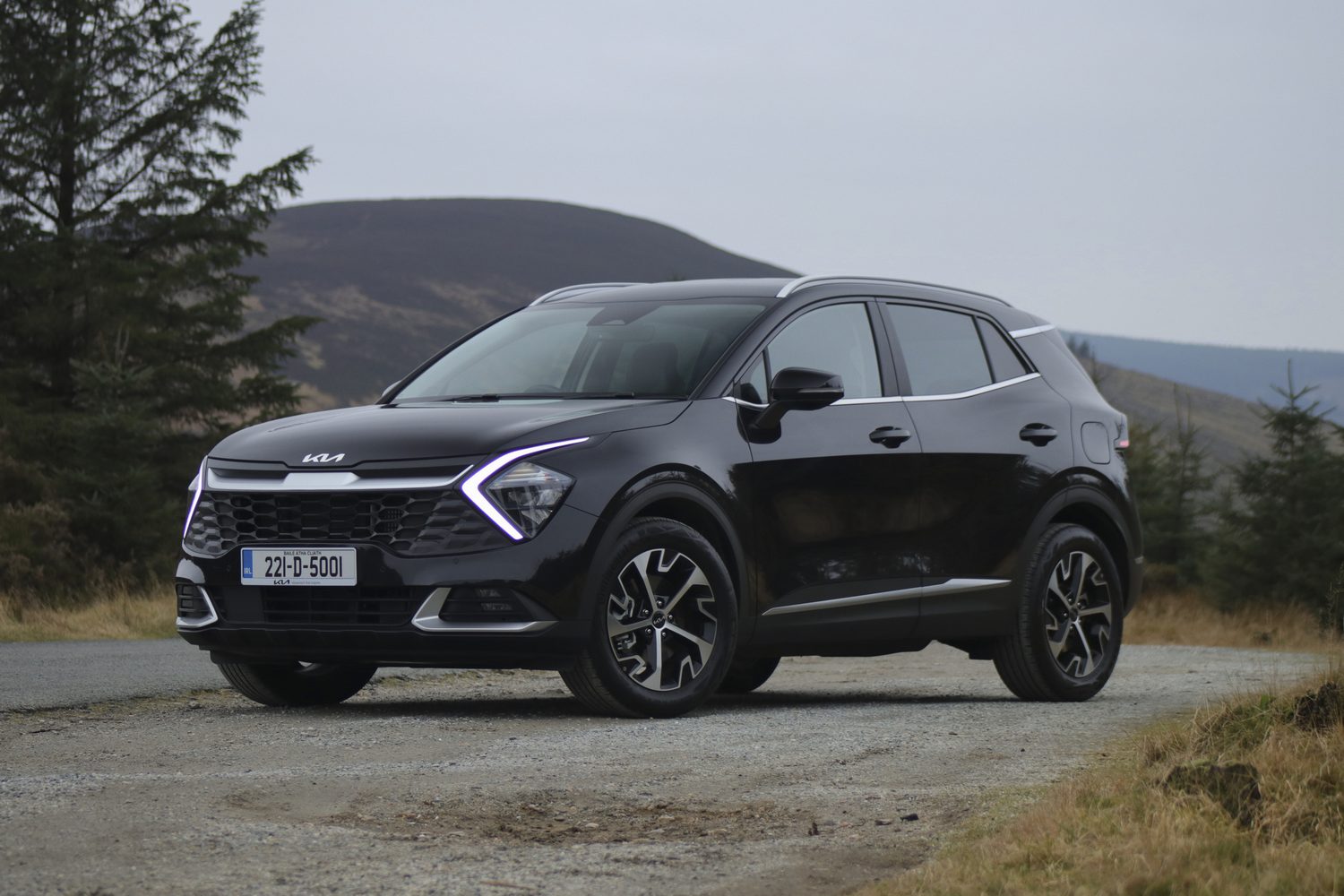 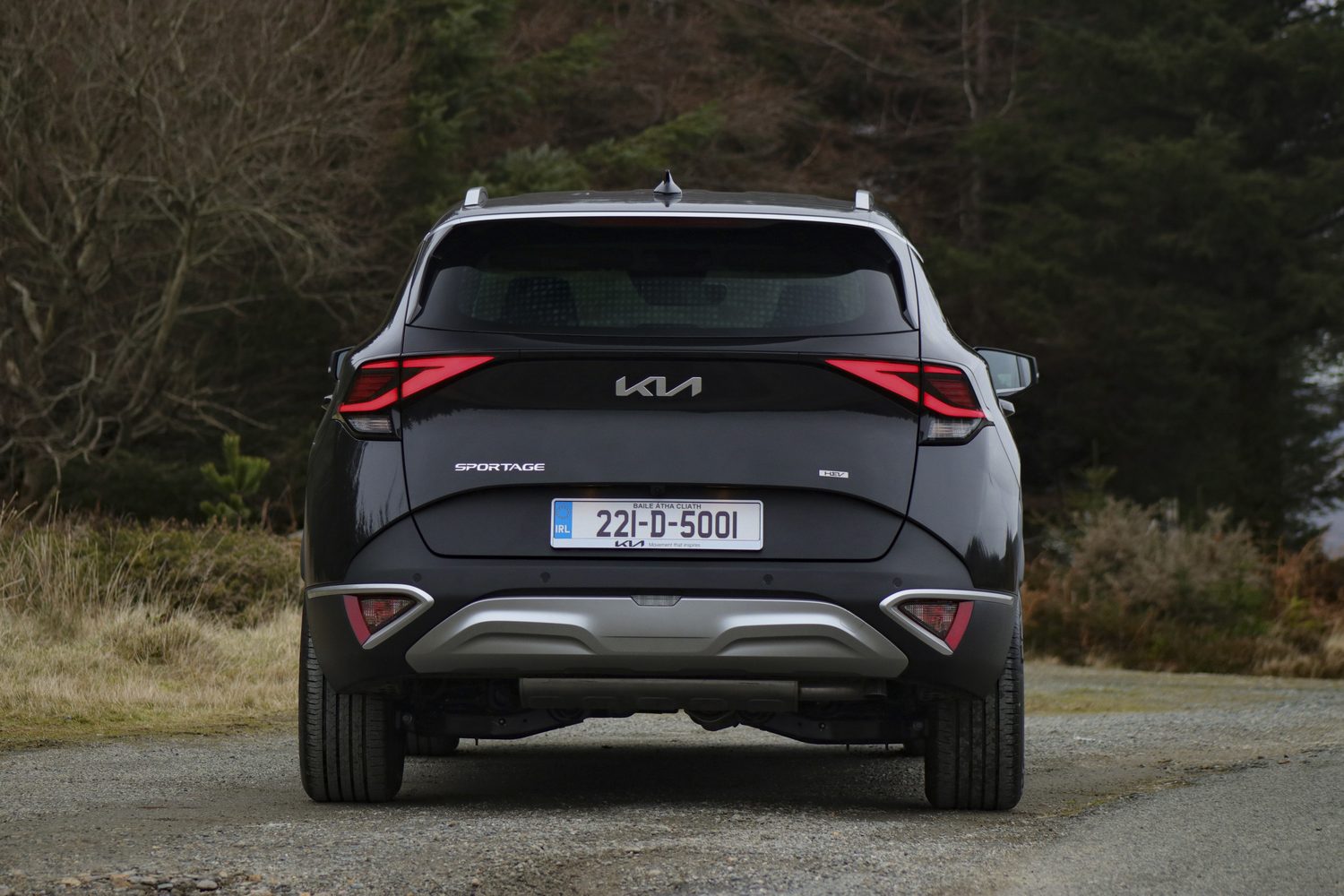 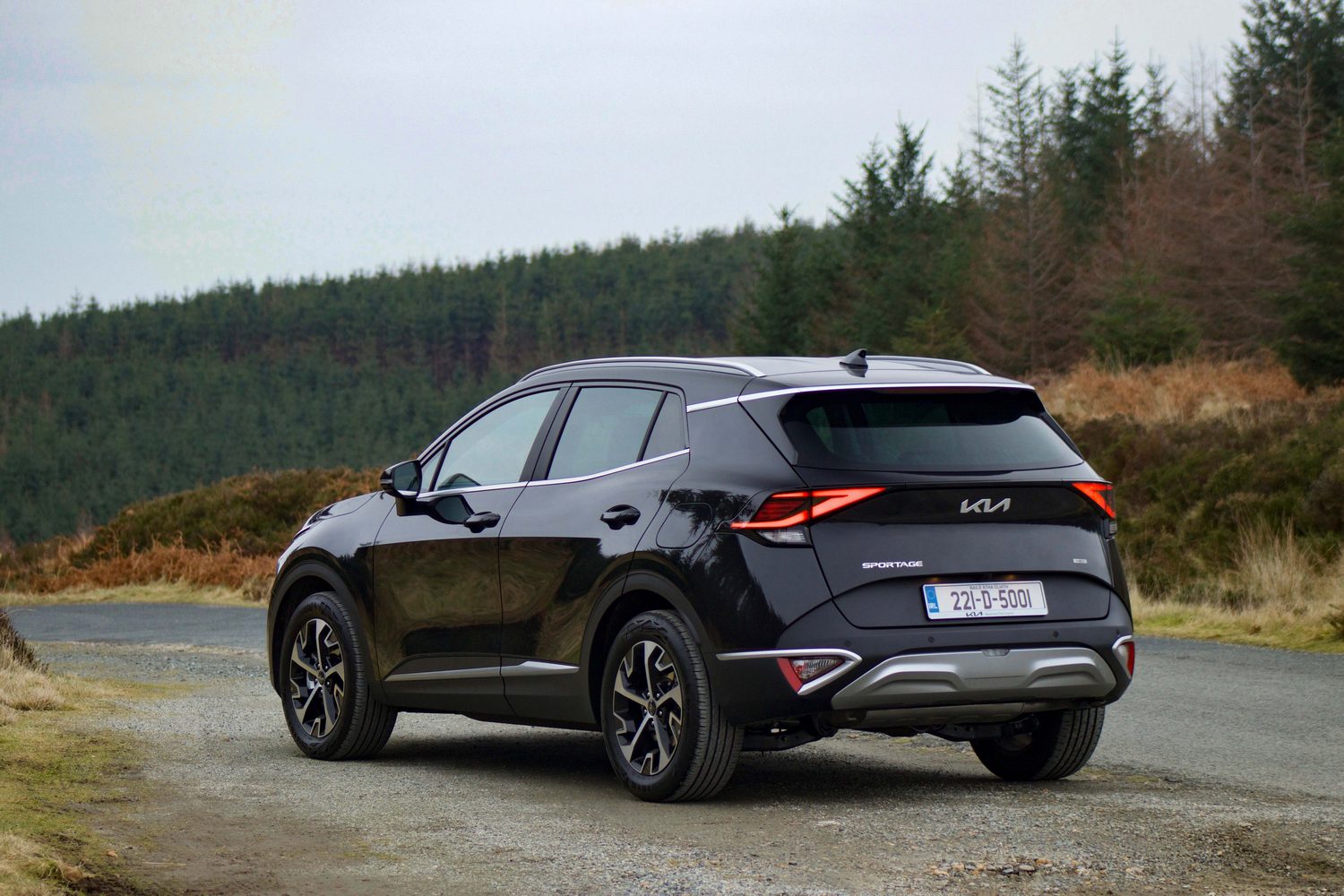 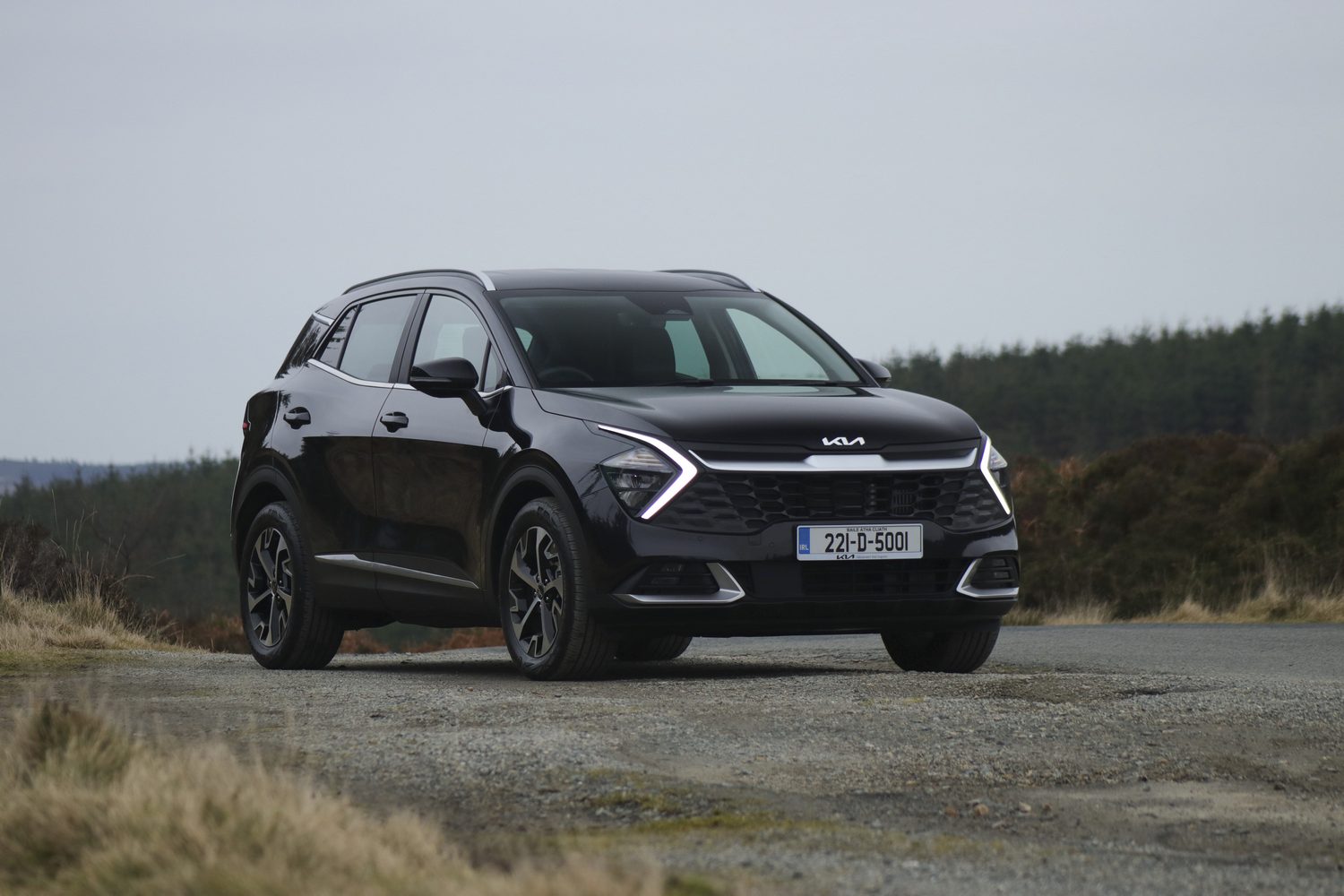 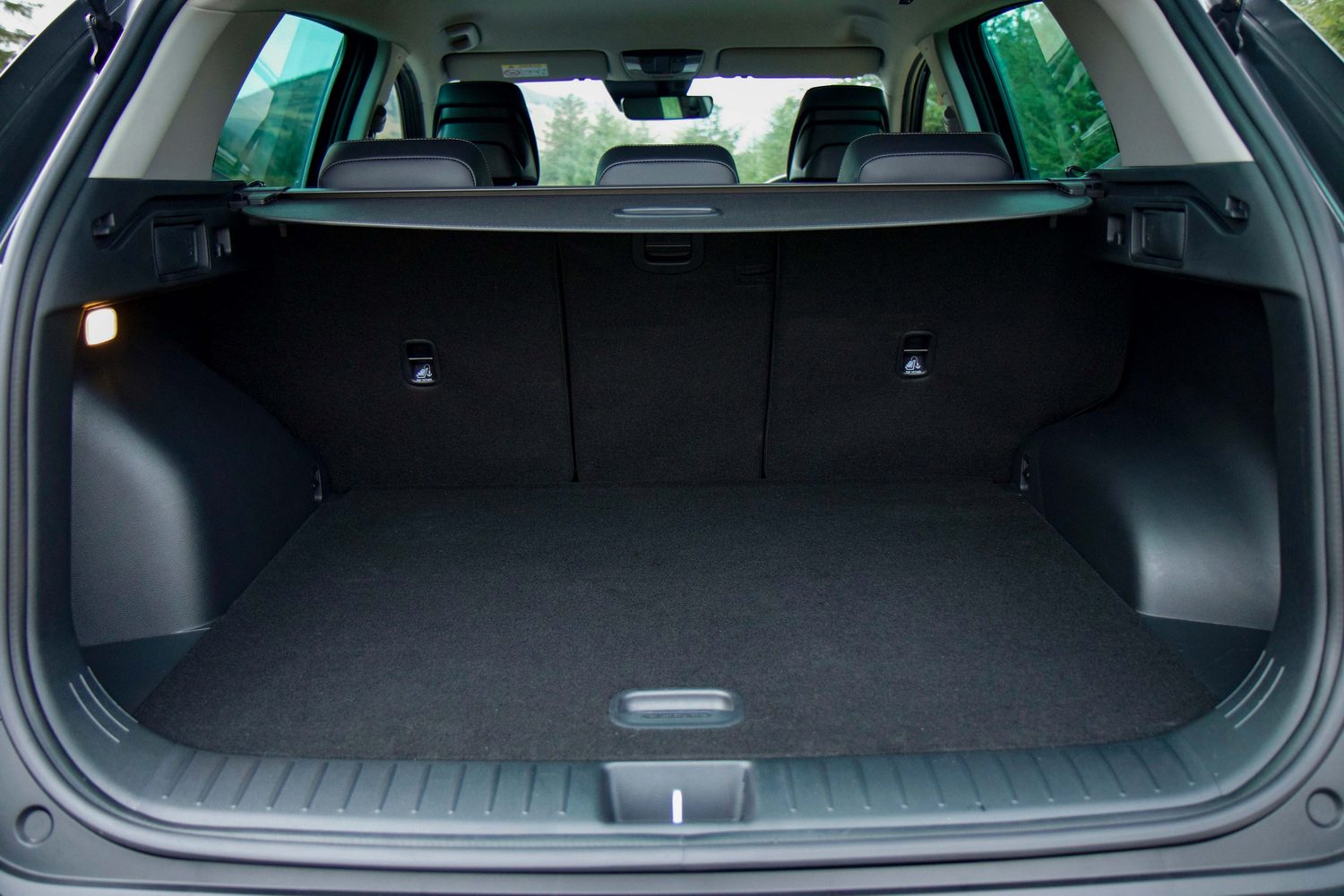 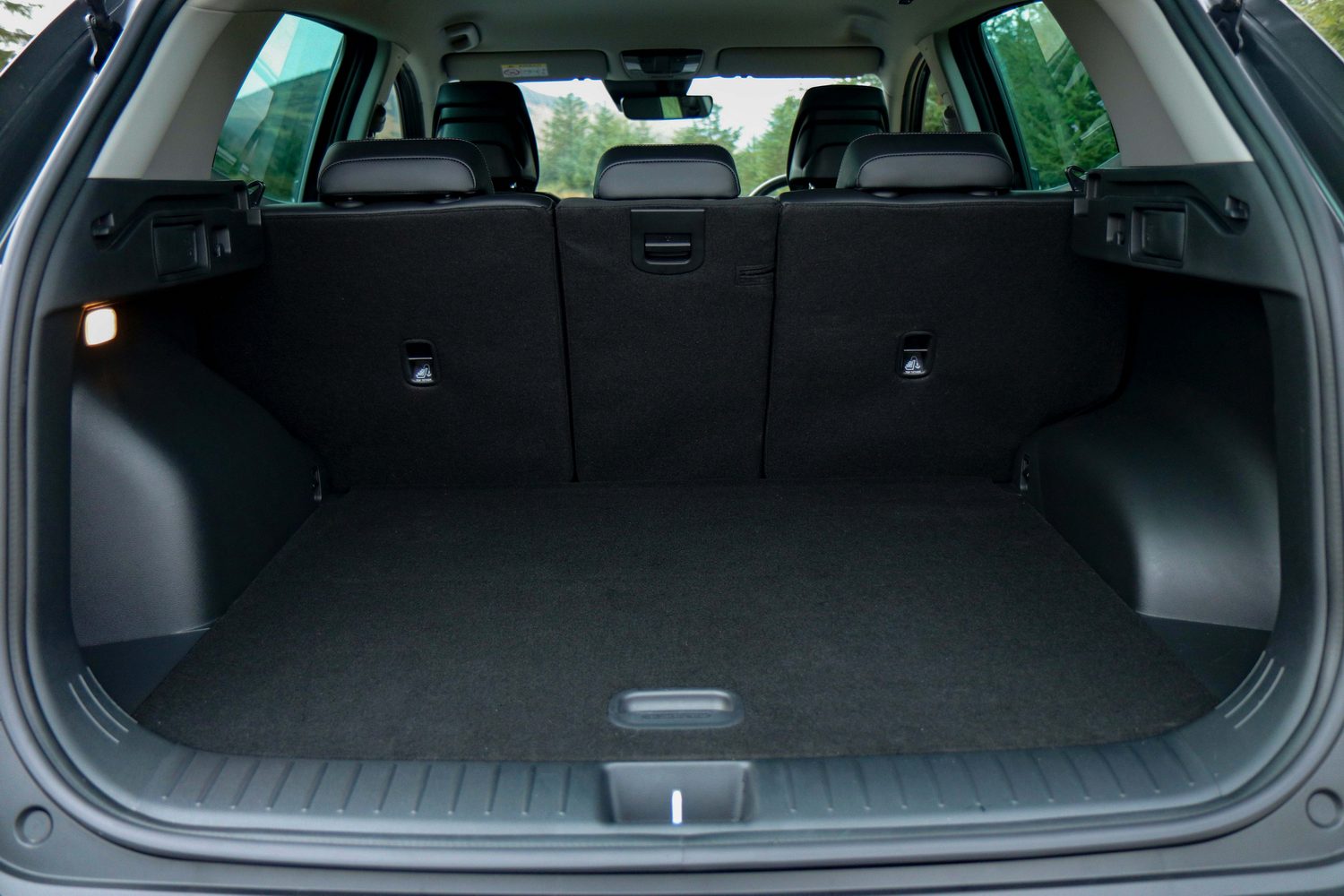 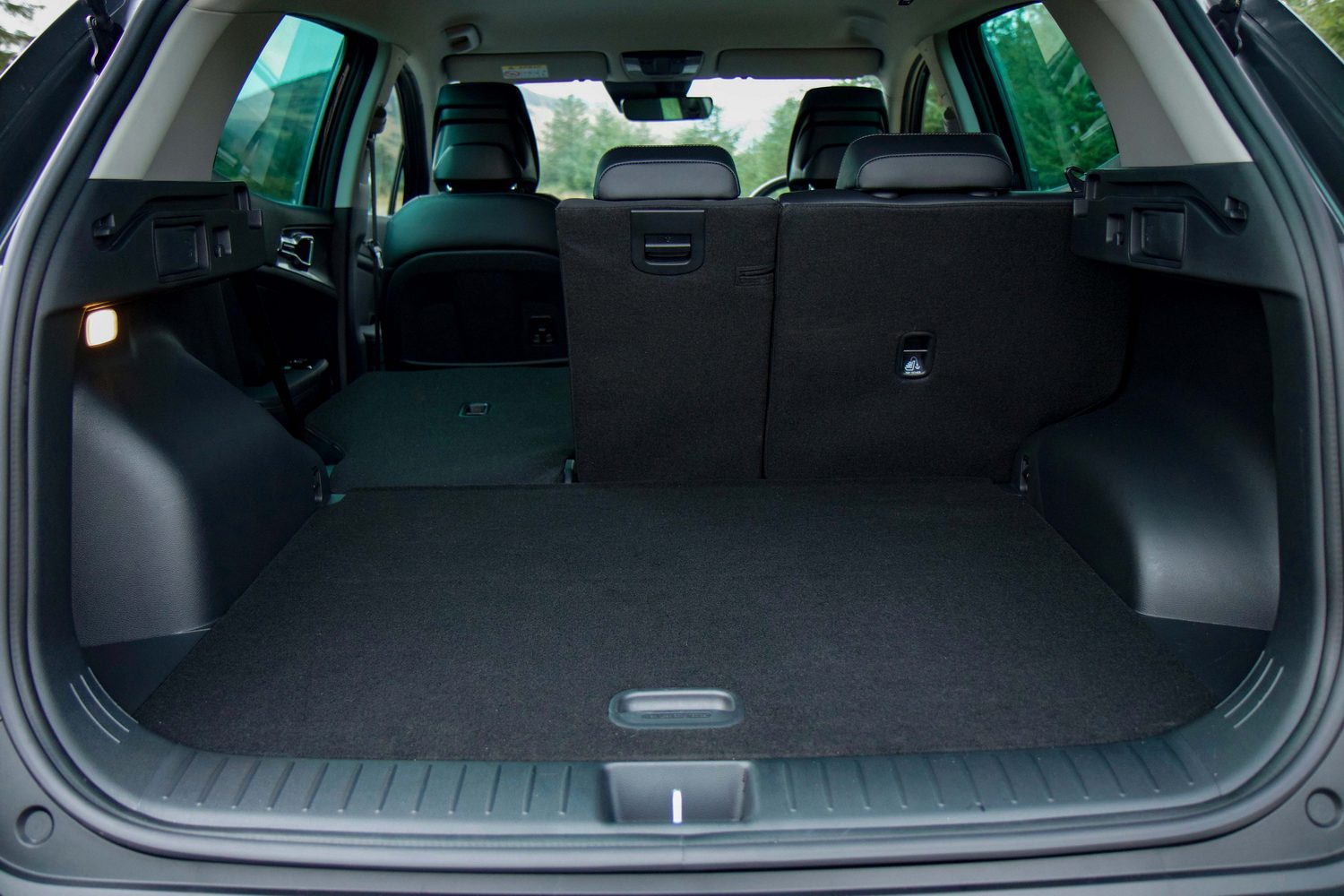 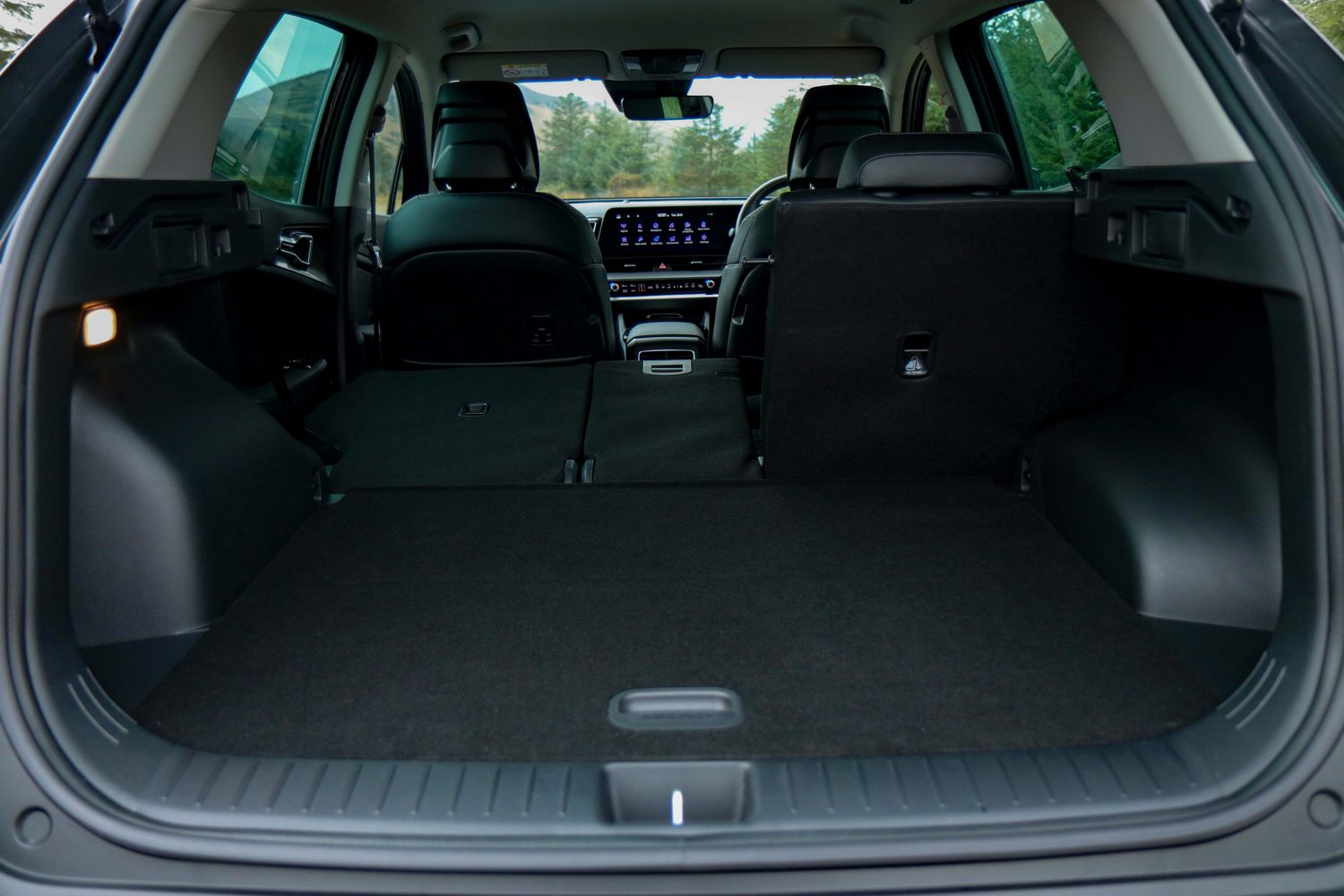 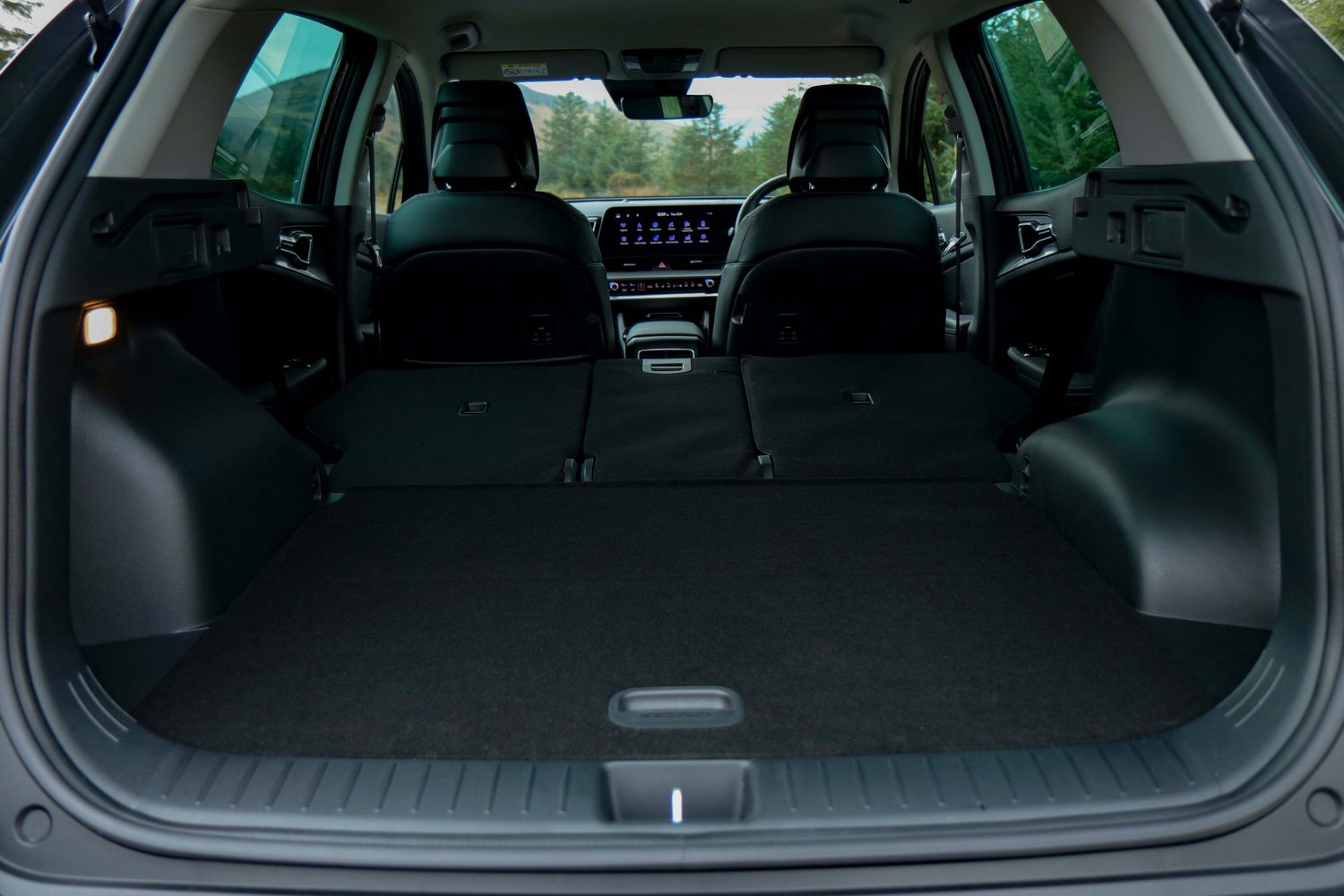 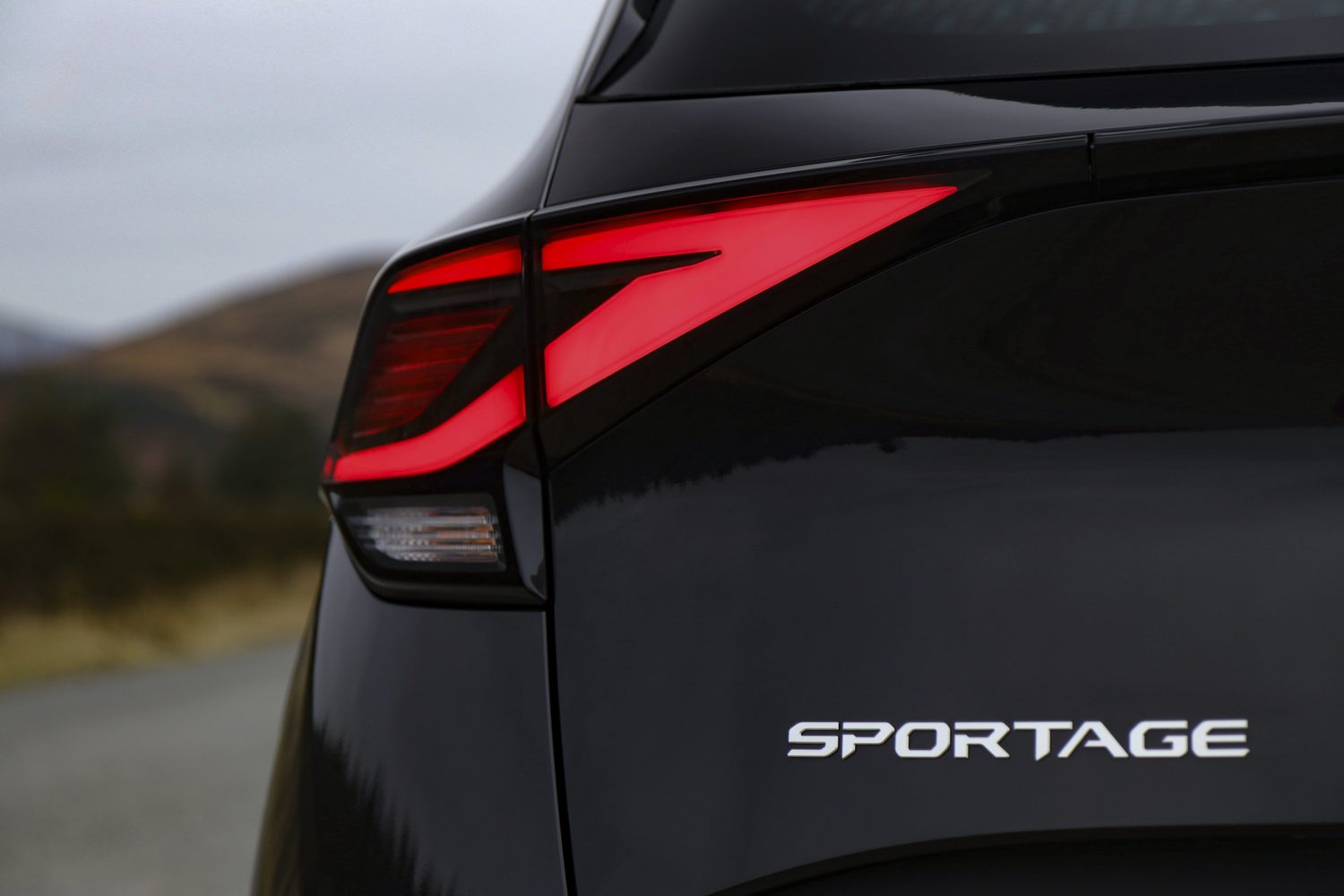 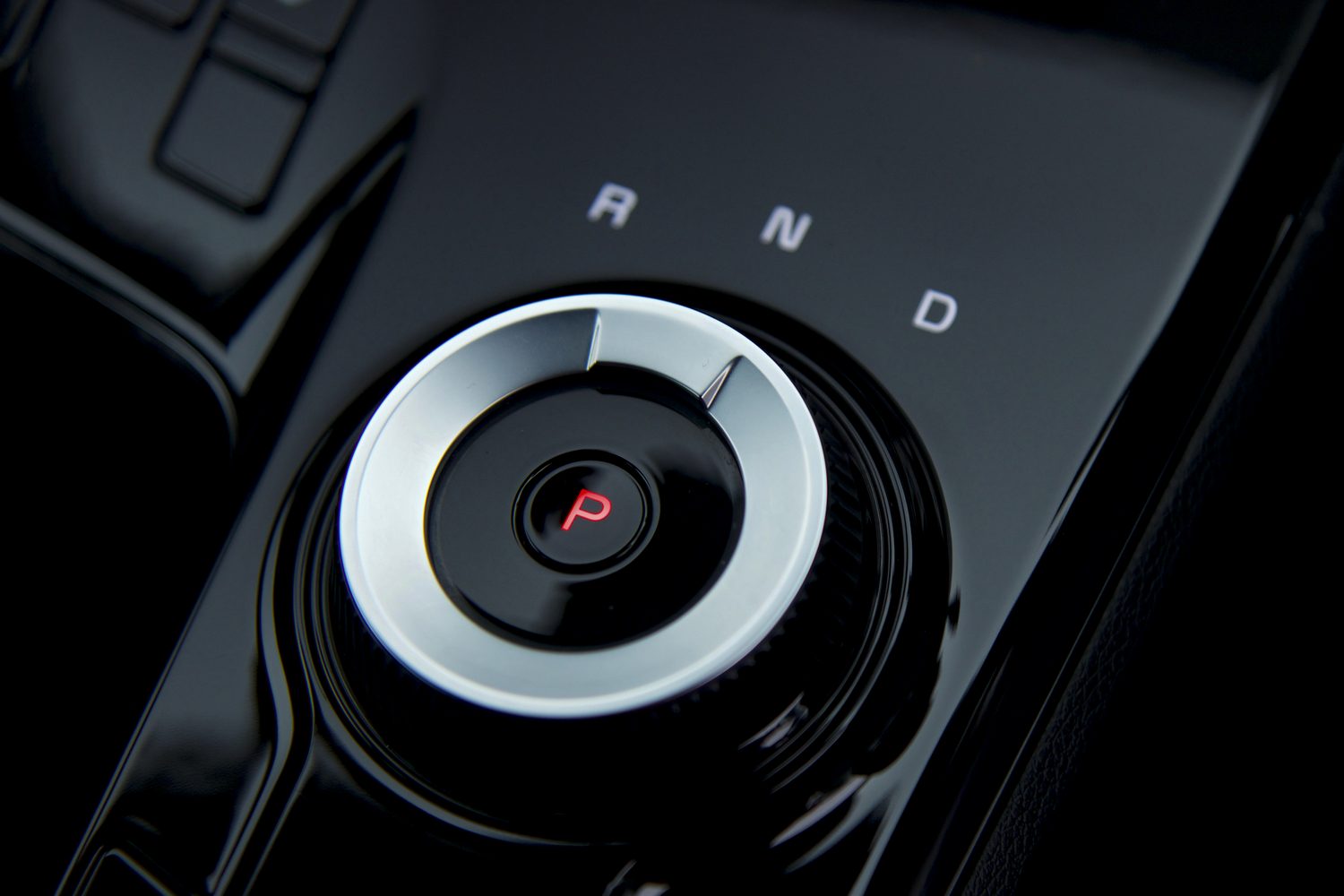 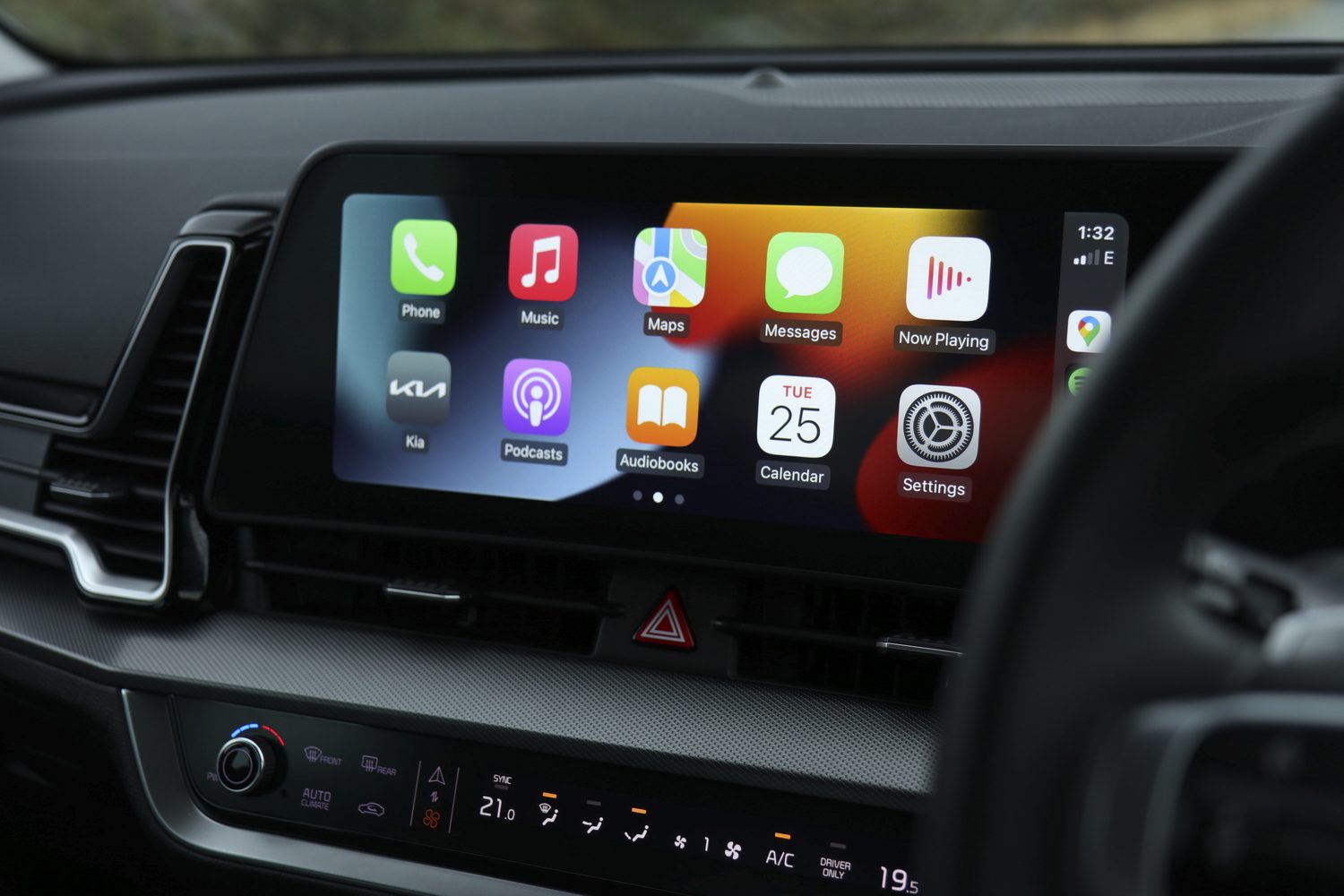 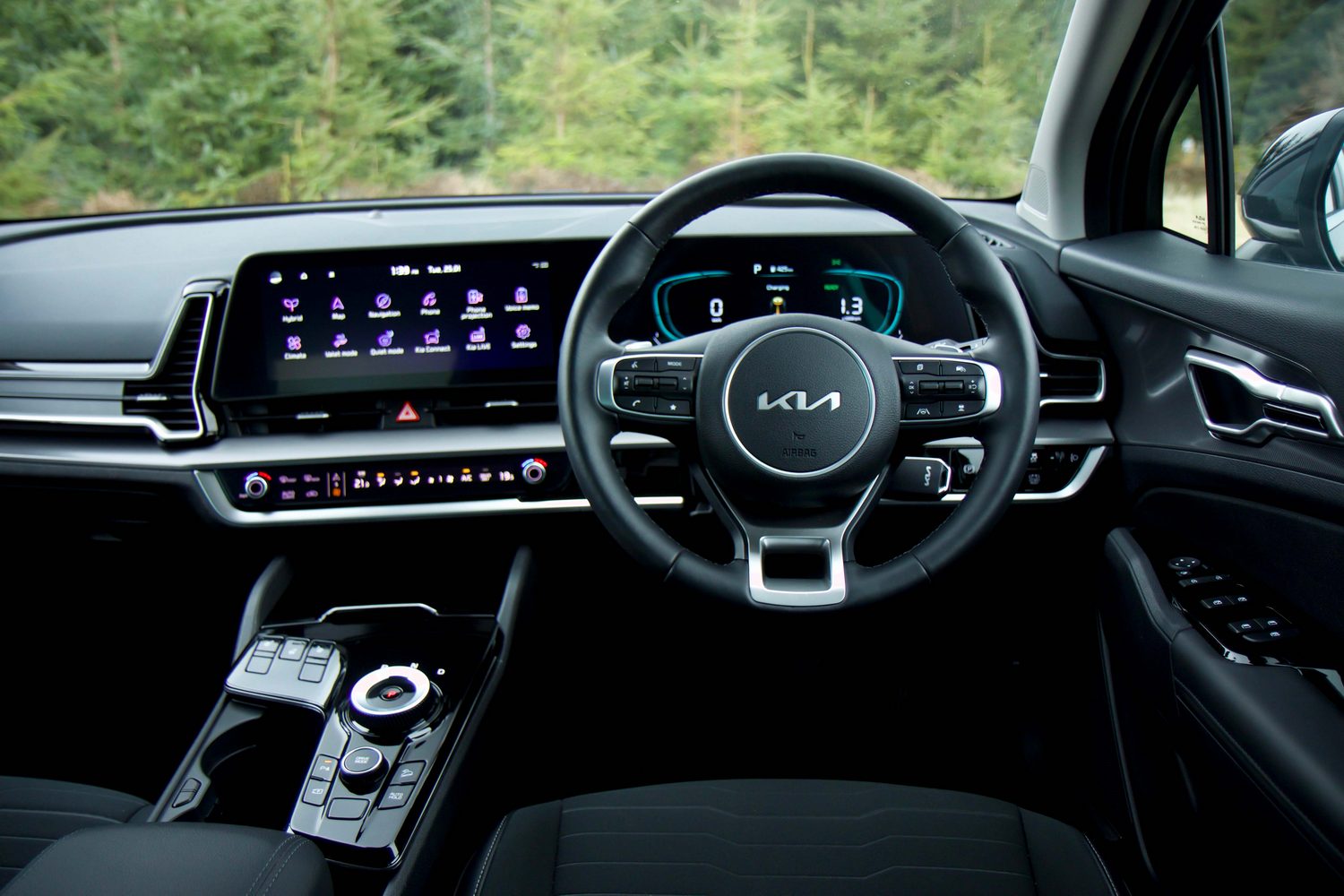 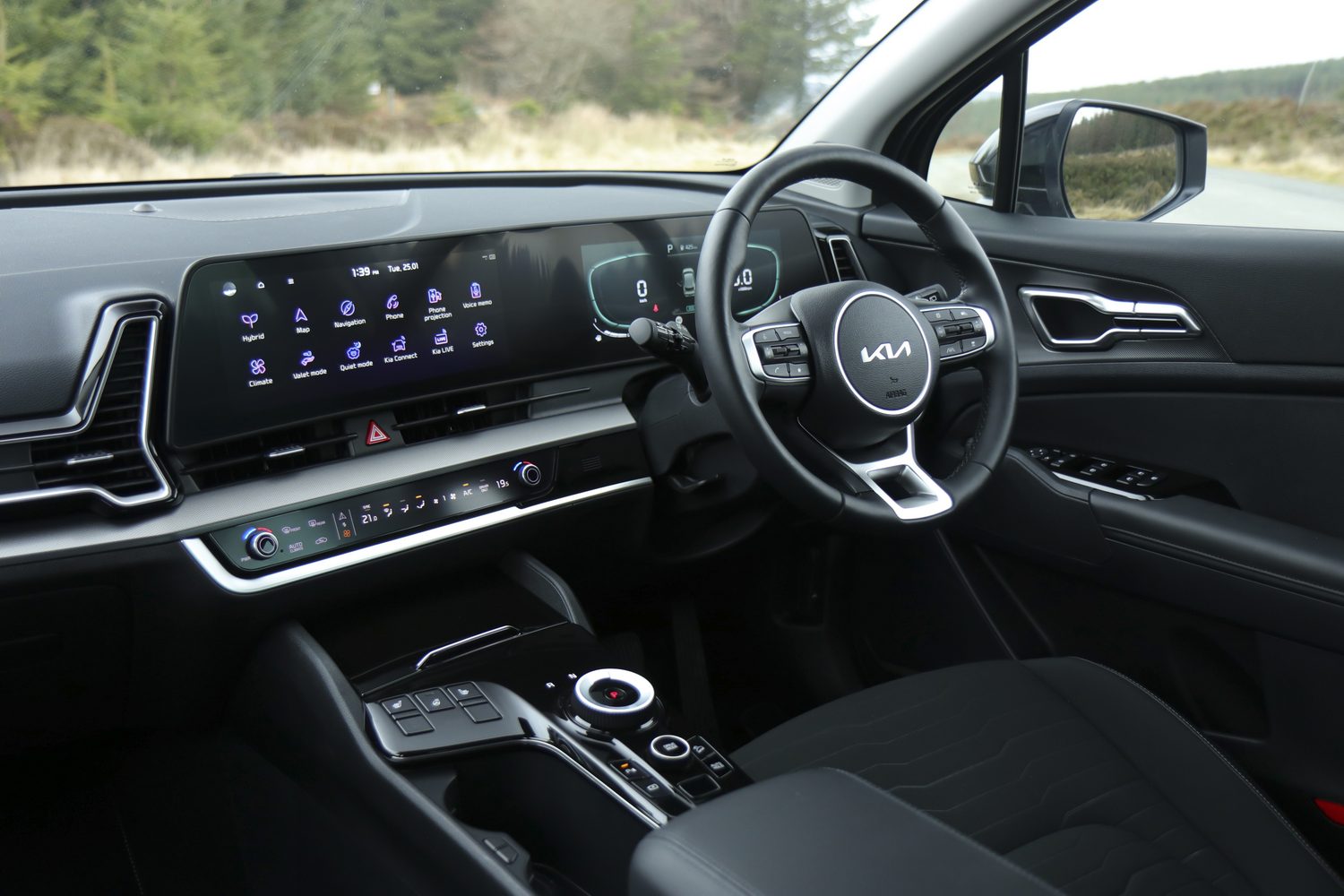 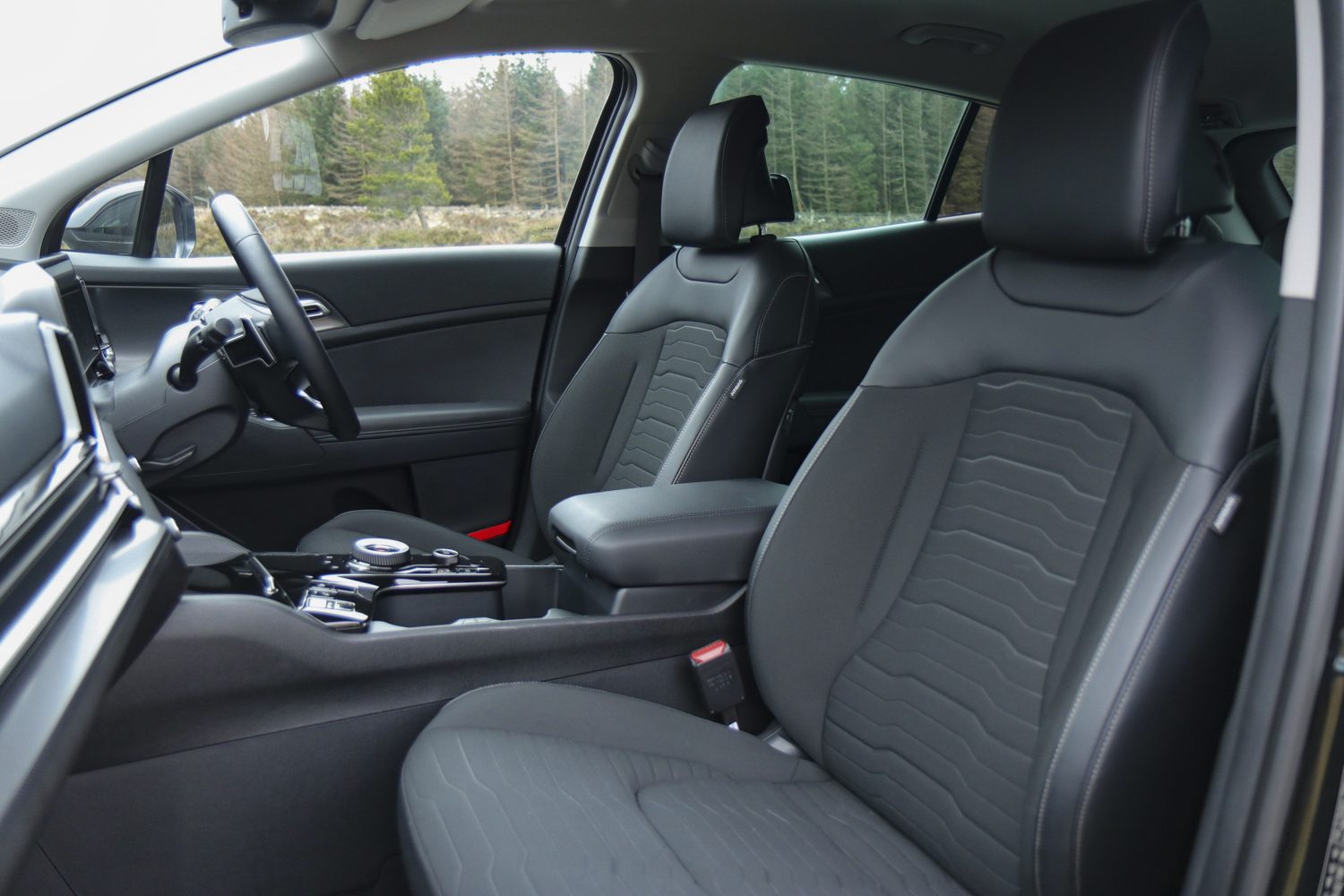 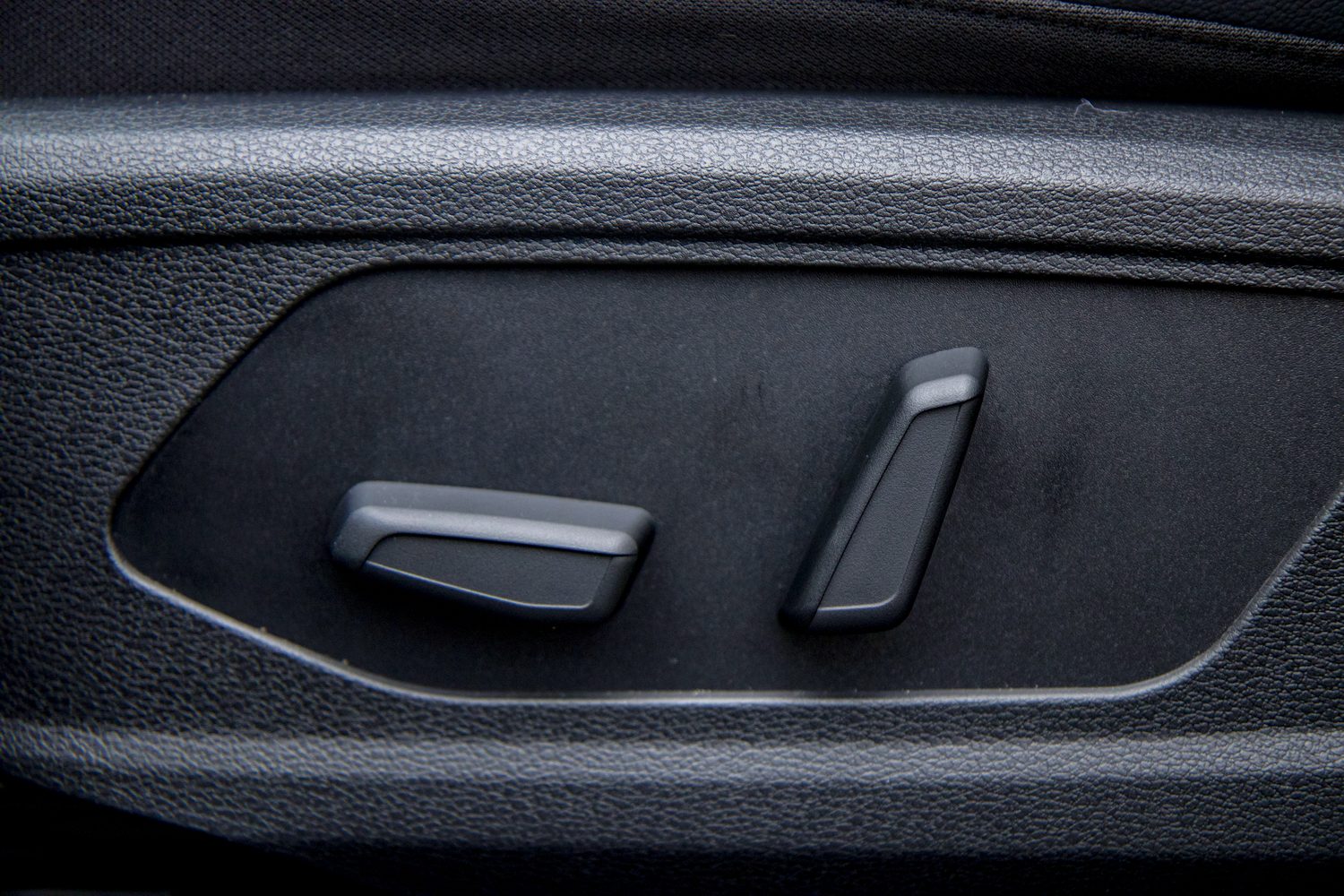 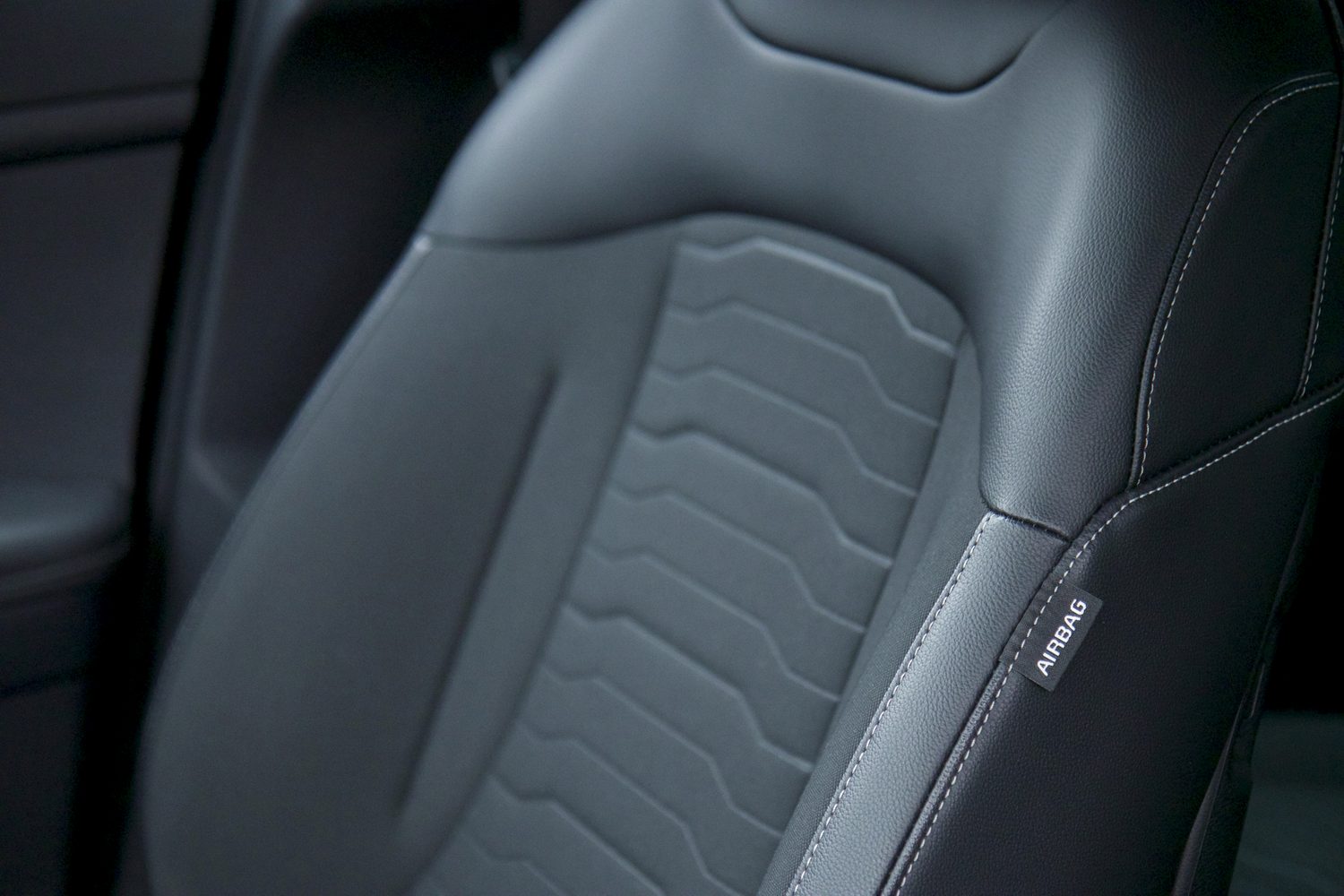 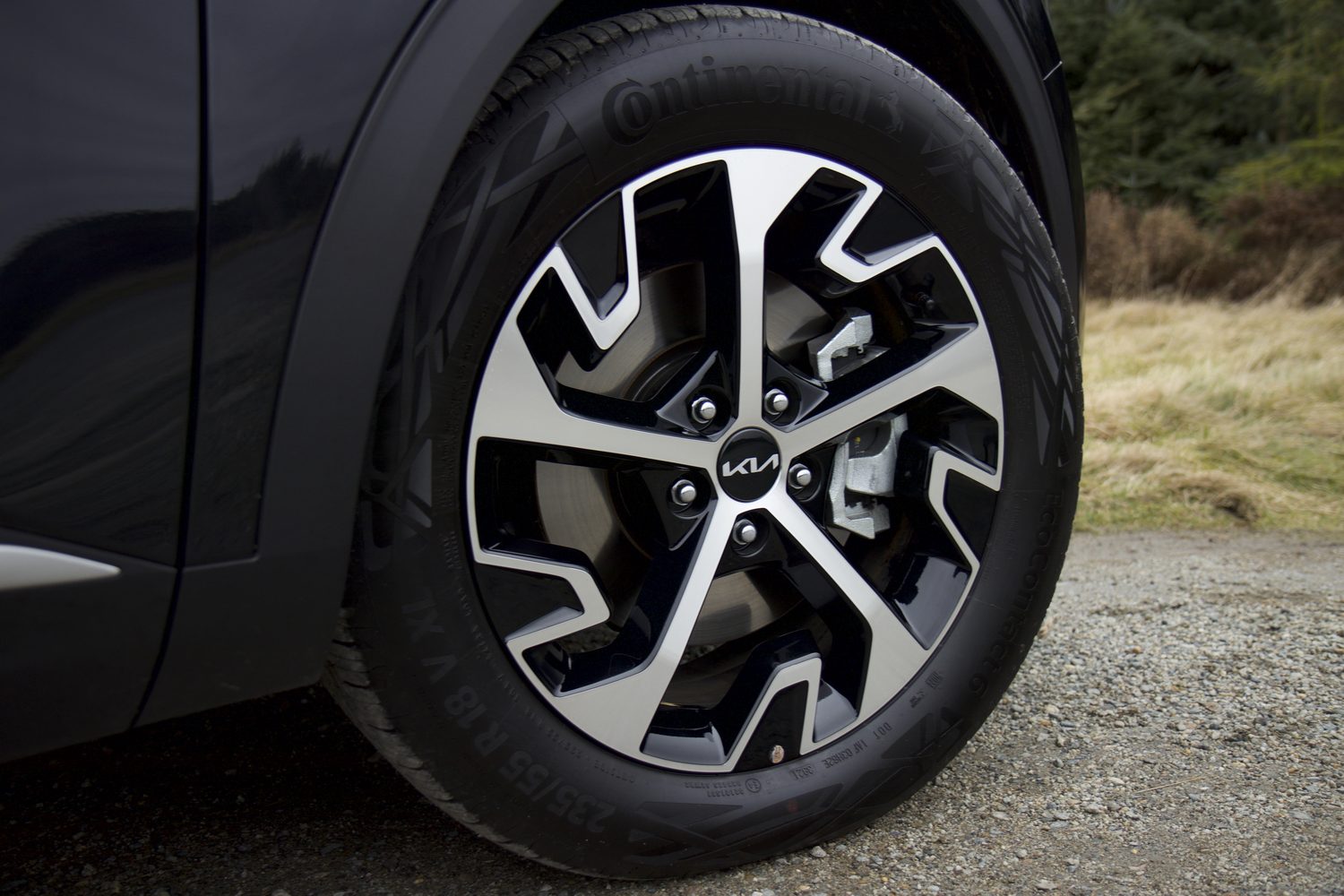 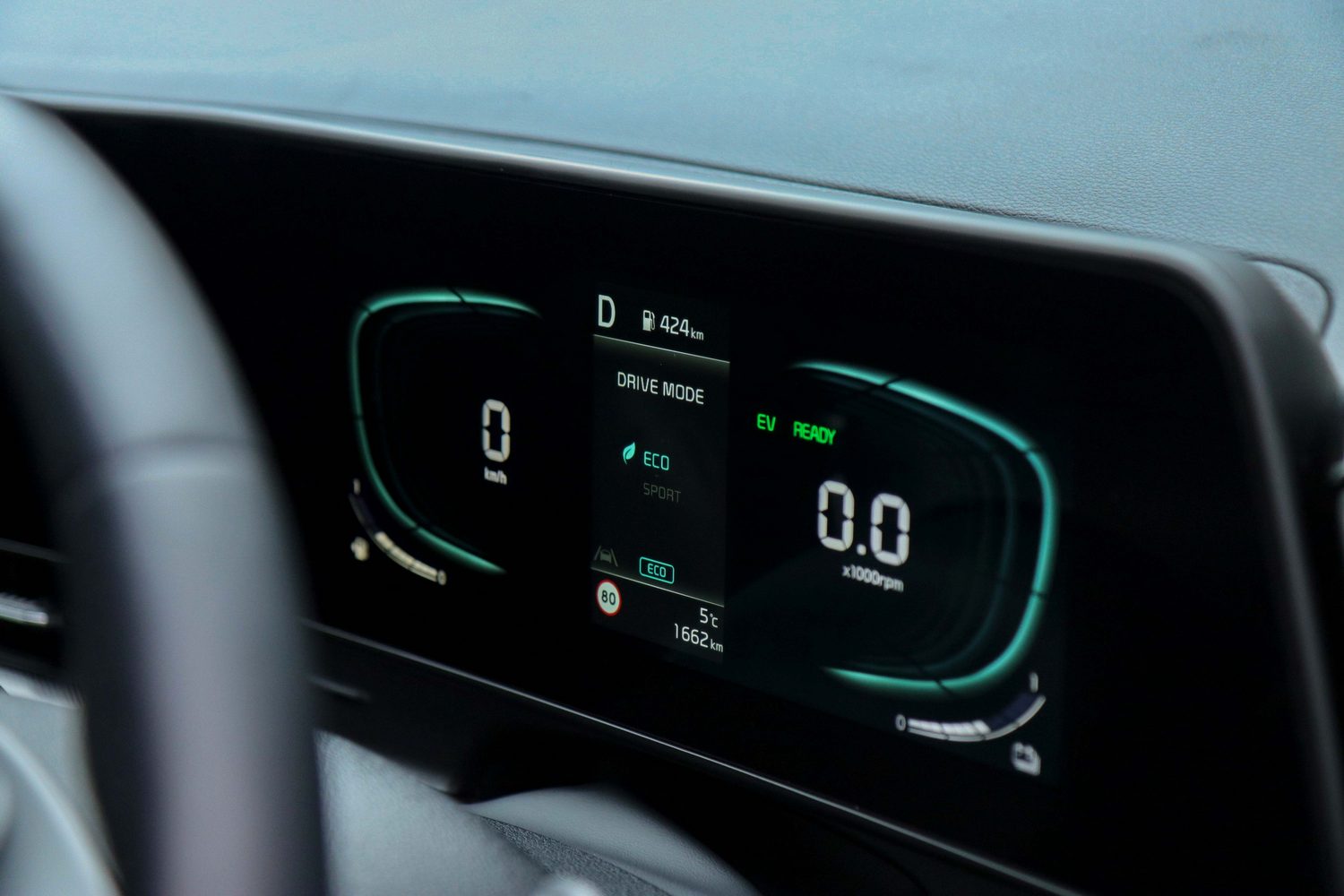 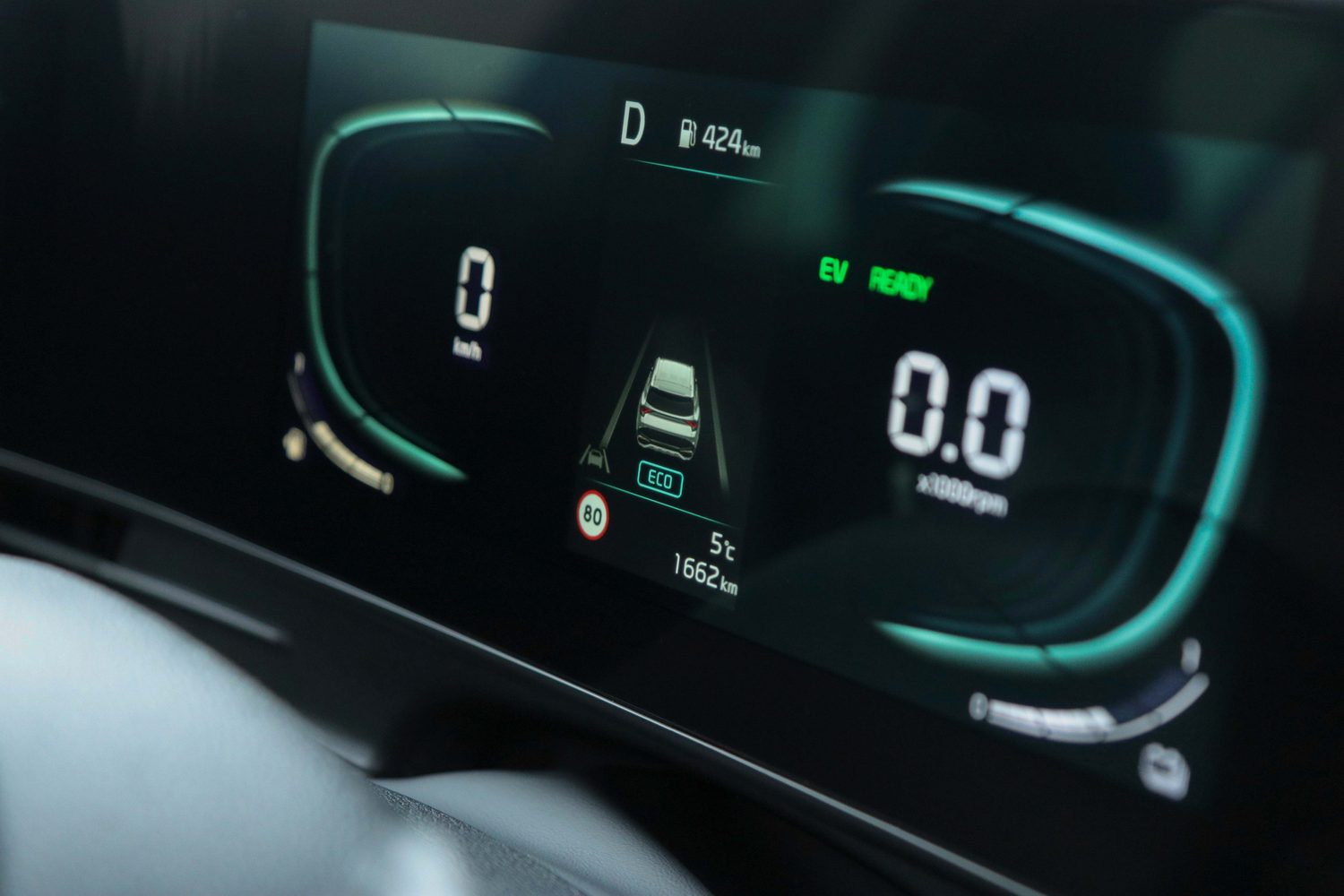 The popular Kia Sportage can be had with hybrid power for the first time.

Few models demonstrate the evolution of a car company like the Kia Sportage. Now in its fifth generation, the latest model is a world away from the basic original launched in 1993, and is a front-runner in the compact SUV class. It needs to be on top of its game, firstly because the compact SUV sector is hugely competitive, but secondly, the Sportage is one of Kia's best-selling nameplates globally.

There are two versions of the Sportage this time around, with a long-wheelbase model developed for North America, while the rest of the world receives the shorter model tested here. The car itself has had a major revamp in terms of design, and to our eyes, it looks good.

The Sportage slots into the Kia range between the smaller Stonic and larger Sorento, and it comes with diesel and petrol hybrid engine options, while a plug-in hybrid model is also on the way. These engine options have all bases covered, and mean there are a lot of similar rivals, too. The Hyundai Tucson largely uses the same running gear, but drapes it in a different body, while other options include the hybrid-only Toyota RAV4, Ford Kuga, Nissan Qashqai and Peugeot 3008.

Here we're assessing the petrol-electric hybrid version of the Kia Sportage in K3 trim, although we have also sampled the diesel for comparison.

Irish pricing for the Kia Sportage starts at €34,500, which gets you behind the wheel of an entry-level Sportage K2 with 115hp 1.6 CRDi diesel power. This diesel is offered across the range (and adds mild-hybrid assistance for the top-spec 136hp version), while the 230hp petrol 1.6 T-GDi HEV driven here is offered in one solitary spec.

Move up to K3 spec, and as well as the 1.6 CRDi diesel, this model is offered with the petrol hybrid drivetrain, which is also the only automatic in the range. Choose K3 spec, and you get 18-inch alloy wheels, rear privacy glass, synthetic part-leather upholstery and electric front seat adjustment, heated front and outer rear seats, a heated steering wheel and rear USB sockets. Most significantly, the K3 model adds a 12.3-inch touchscreen with navigation and Kia's Uvo connected services.

The K4 version of the Sportage is diesel only, but ramps up the equipment with the addition of another 12.3-inch display for digital dials, plus wireless phone charging, keyless entry and starting, ventilated front seats with beige leather, LED taillights and additional exterior trim.

At the top of the range, the GT-line features mild-hybrid assistance and bumps up the power of the 1.6 CRDi diesel to 136hp, while Kia's fly-by-wire clutch is fitted. This doesn't do away with the pedal, but there's no mechanical connection between your foot and the clutch itself. Other additions include a subtly sportier body kit, 19-inch alloys, suede-effect seat trim and a powered tailgate. All versions of the Sportage are front-wheel drive, incidentally, as there are no 4x4 models.

The range tops out at €43,000 (before options), but for the latest finance deals, head to the Kia Ireland website.

Before we get to the interior, we'd like to mention that we're fans of how the latest Sportage looks. It's bigger than its predecessor, but it has a great stance, and that front end really stands out. At the rear it's more of a logical evolution of the last car, but with sharper lines. We like the muscular looks of the GT-Line trim especially.

Step inside, and build quality is great, with plenty of high-quality materials throughout. If you choose the petrol hybrid, you get a different centre console to the manual model, with a large, flat centre console and a rotary drive selector in place of the diesel's manual gear lever.

Our K3-spec car has a decent amount of kit, but there were still some blank switches on the dash where the K4 has even more equipment. The piano black trim on the dashboard is also a bugbear, since it gets grubby very quickly.

The curved touchscreen display is a neat feature. The graphics are crisp, and the screen is responsive, too, while the connectivity is easy to get along with. We also like the lower strip of controls, which can be switched between climate controls and infotainment settings without having to fumble through sub menus on the main touchscreen.

Access to the back seats is via wide-opening doors, and space inside is great. There's lots of head- and legroom, while two sets of ISOFIX child-seat attachments are included. Rear air vents and twin USB charging sockets add to the cabin ambience in the back, too.

Boot space is 587 litres with all seats in use - a pretty generous figure - and that increases to 1,776 litres when they're folded, which is easily done via the levers set into the side of the boot.

On the road, the Kia Sportage is an accomplished performer, and the petrol-electric hybrid model is pretty impressive. The electrical assistance means that throttle response is instantaneous, while the hybrid system means the engine is relatively quiet most of the time, and only really gets raucous when you extend it. Having said that, when compared with the diesel model we drove, it's by no means a noisy engine.

One niggle we have with the hybrid model is the way it transitions between drive modes. There are little but noticeable lurches from the drivetrain as it switches from electric to petrol power, and the gearbox contributes to this, too. Overall the system tends to favour electric drive over petrol, though, and we found that this 230hp hybrid all but matched the 115hp diesel with fuel consumption of around 6.2 litres/100km during our time with both versions.

The hybrid is definitely the engine to go for if you want to take advantage of the Sportage's comfortable ride. It does ride admirably well - although there was a slight 'bobble' from the suspension on certain surfaces.

The Sportage is loaded with Kia's latest safety systems, but we found them a little too intrusive on occasion, with the over-sensitive collision detection system reacting by slamming on the brakes on a couple of occasions when it really didn't need to.

But overall, the Sportage is a decent family car to drive. It's comfortable, quiet and has a decent ride when being pushed on bumpy roads. We just wish there was a bit more feel from the brakes, but then that's likely to be the price you pay for having a hybrid drive system with energy recuperation on board.

Our verdict on the Kia Sportage Hybrid

The latest Kia Sportage is more impressive than ever. It looks great, has plenty of space inside and a decent amount of kit, too. The hybrid version in particular stands out because it has much more performance than the diesel, but they are an even match in terms of fuel economy. However, it is expensive (€5,150 more than the 1.6 CRDi K3) so the diesel is far more affordable to buy. We'll have to wait and see how much the plug-in hybrid model comes in at, as that could be the choice of the line-up, but for now, we'd be tempted to spend a little extra on the hybrid for the improved performance and refinement that it offers. 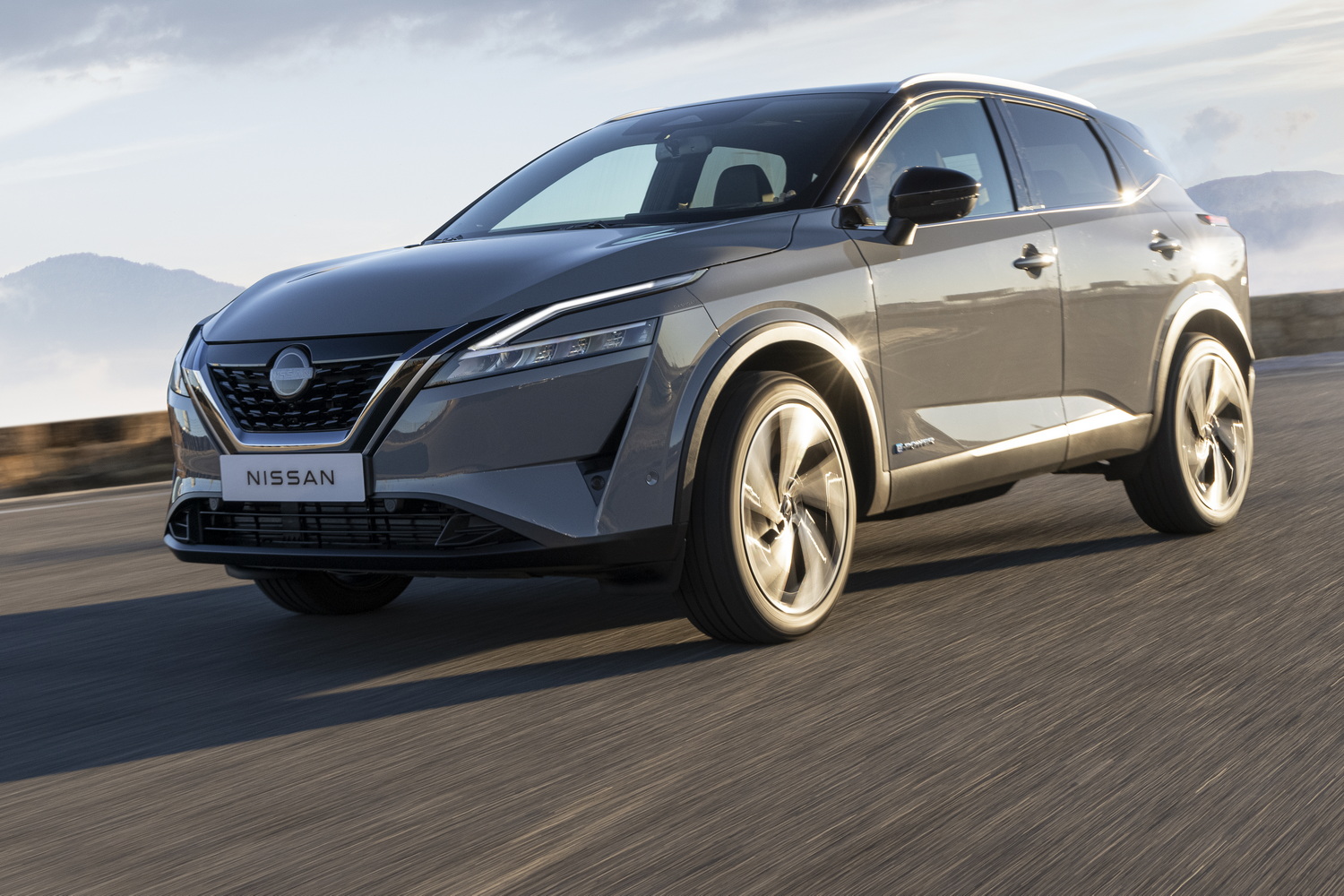 Nissan Qashqai e-Power (2022 prototype) review
Nissan Qashqai e-Power vs. Kia Sportage HEV hybrid (2022): though we don't yet know how much the Qashqai will cost, it looks to be a fine alternative to the obvious hybrid models with much more of an 'electric car' feel to the driving experience.

Toyota RAV4 Hybrid 2WD (2019) review
Toyota RAV4 vs. Kia Sportage HEV hybrid (2022): the RAV4 hasn't got the hybrid SUV market to itself any longer, and the Kia compares well to the Toyota with more performance, though the RAV4 can be had for a lot less money and there's more choice in the line-up.