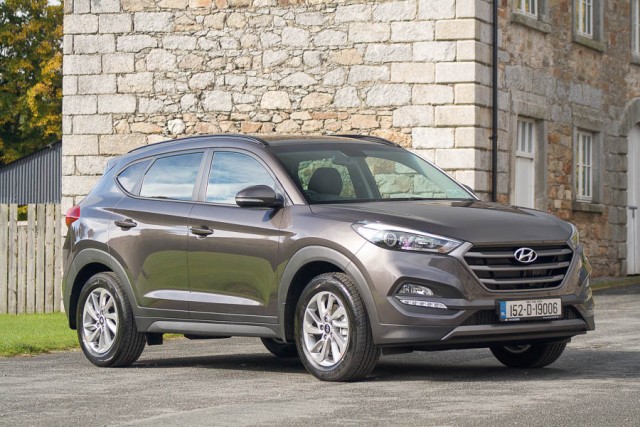 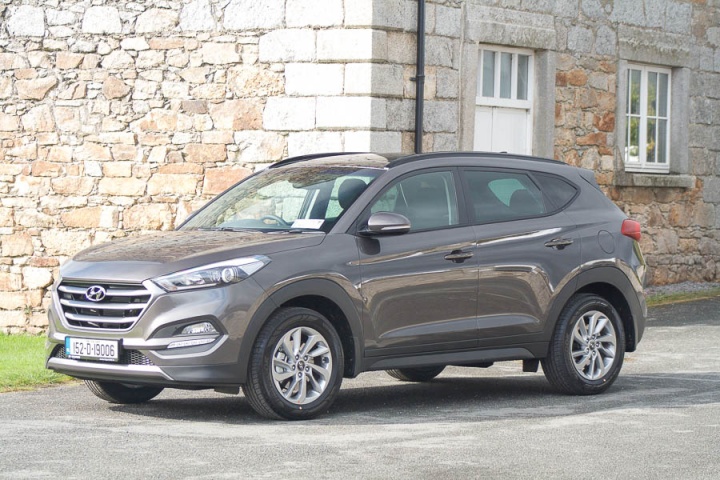 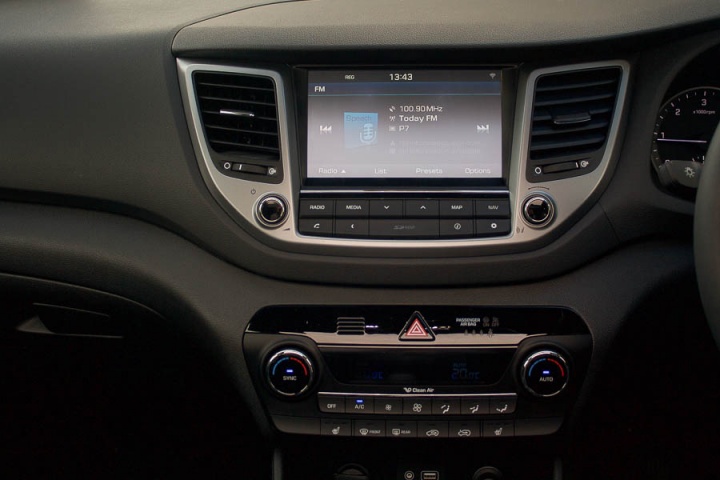 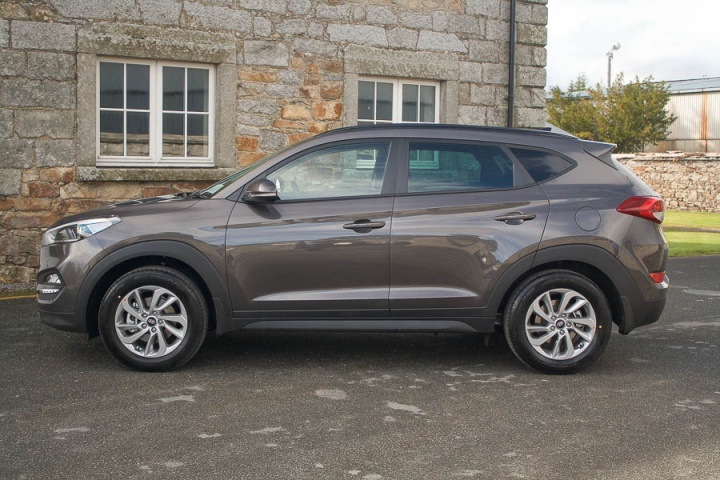 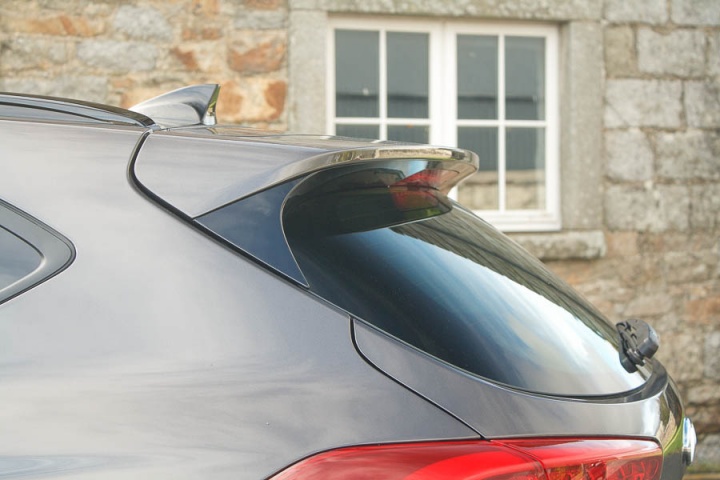 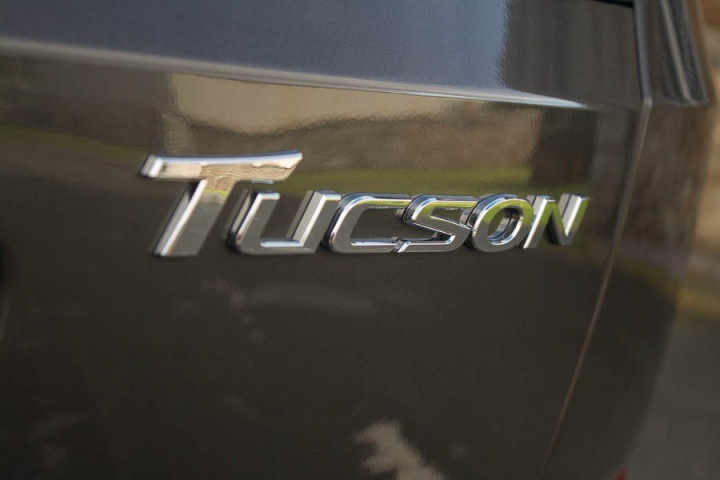 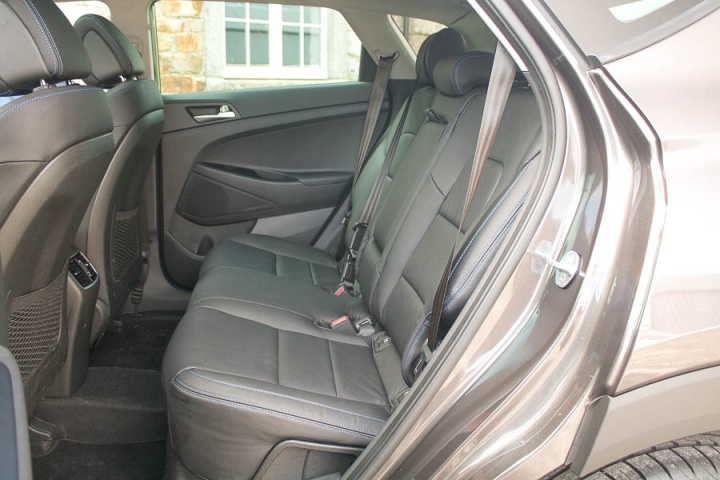 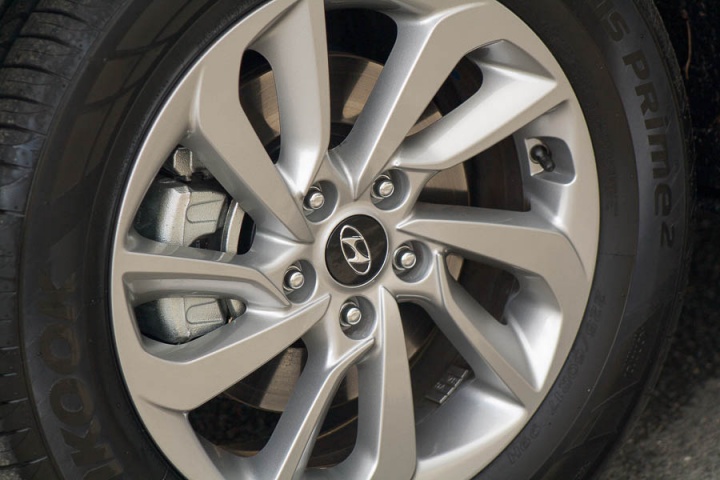 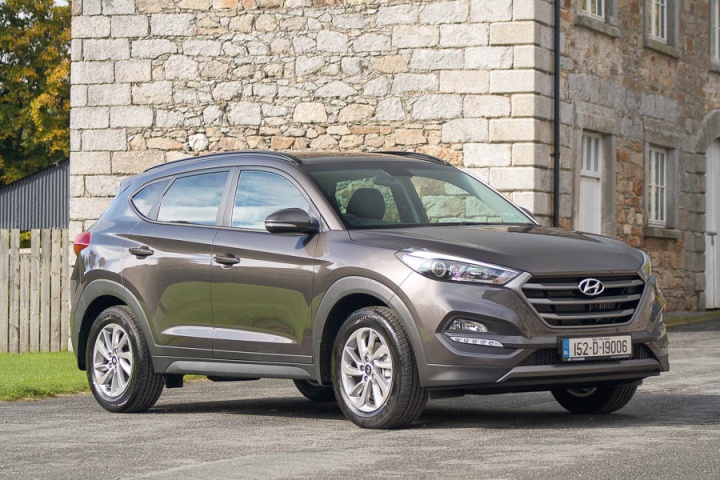 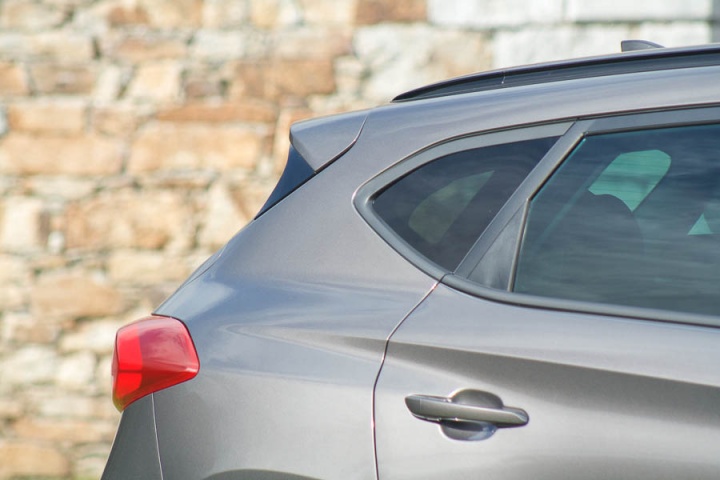 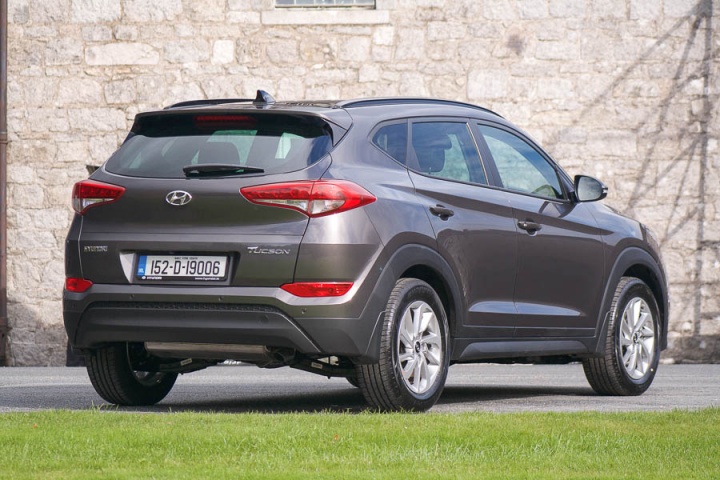 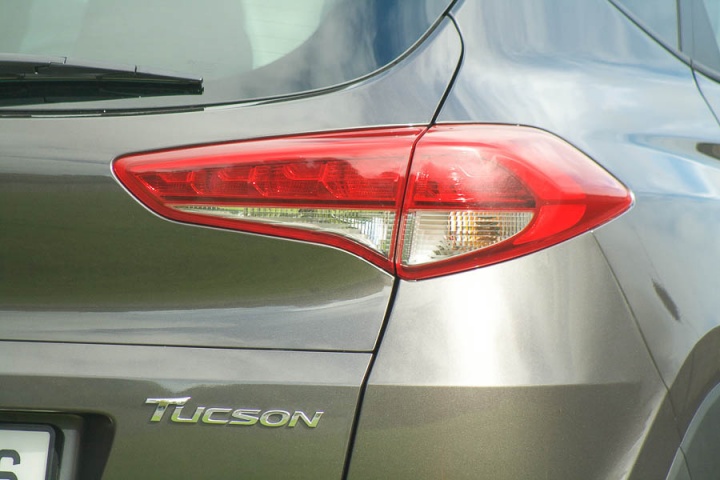 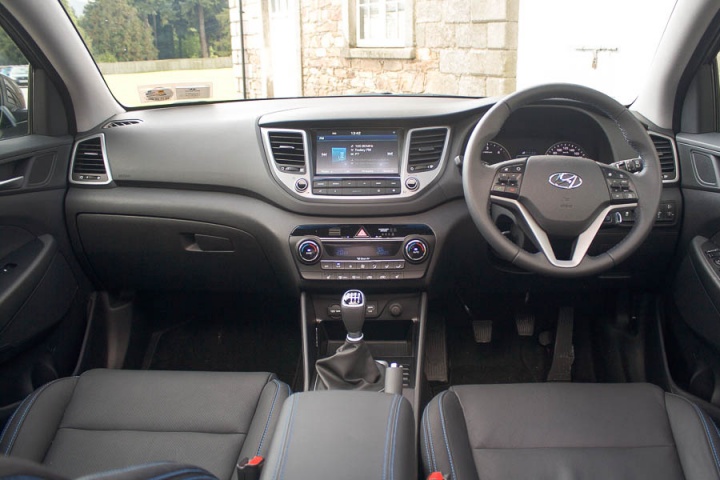 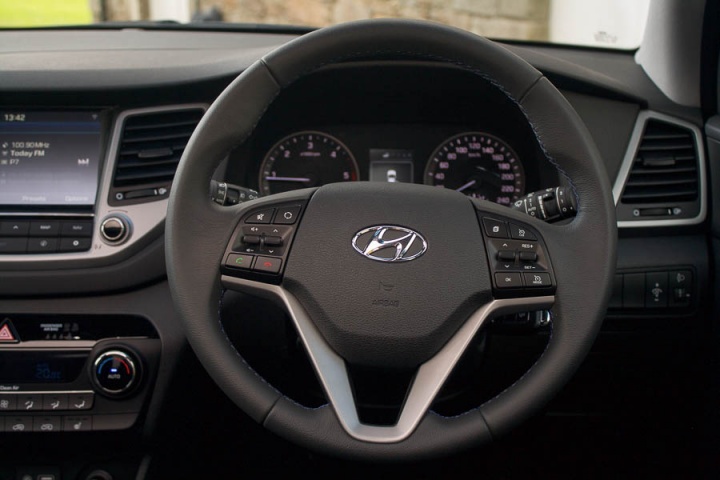 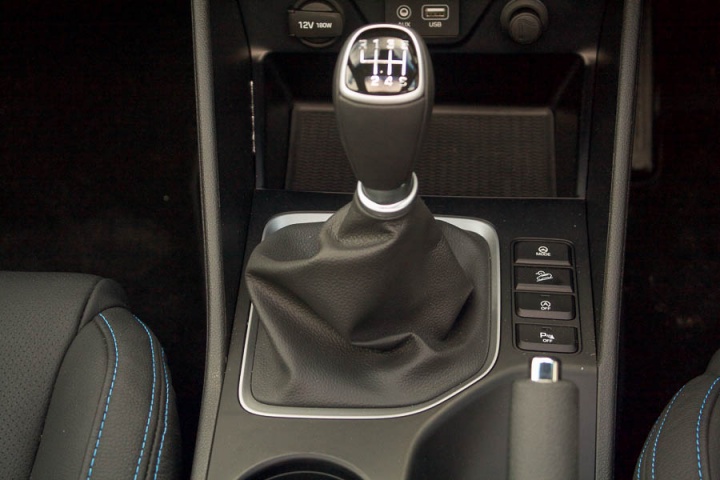 Hyundai revives a name from its (not-so-distant) past for a solid new family SUV.

Hyundai's new Tucson, which replaces the top-selling ix35 crossover, is solid, handsome and more than decent to drive, if lacking a little star quality...

It's a good-looking thing, the new Hyundai Tucson, even if it is perhaps a touch predictable - there's a lot of the current Santa Fe in that grille and lights combo (hardly surprising - if you've got one big hit on your hands, try to copy it and do it again. Well, it worked for Abba...) and more than a little of Audi Q3 and Mazda CX-5 in quite a few areas. Which means it does tend to look a touch anonymous from some angles, but we doubt most owners will notice - they'll be too busy studying the spec sheet.

Inside, it's again generic current Hyundai, which is both good and bad. It's mostly very good - the quality levels are palpably high and there's lots and lots of space, thanks in no small part to the Tucson being one of the widest cars in its class. In fact, I think there might just be enough width in the back (10mm up on the old Hyundai ix35) to fit the magic three child car safety seats across. The boot is pretty massive too - 513 litres with the rear seats up should do for most family purposes.

In the front, you're presented with a handsome, clear instrument layout and a nicely appointed drivers' environment. On this Executive model (which Hyundai Ireland says will be the best-selling model) there's a big, bright touch-screen (lesser models get a smaller display) and the dials are the best we've yet seen on a Hyundai; big, clear and classy to look at.

There really isn't anything to complain about in the front, bar the leather-wrapped steering wheel. That comes as standard on all Tucsons, but it feels a little plastic.

The Tucson drives exactly as you expect it to. It's smooth, it feels pleasingly planted on the road, it rides reasonably well and it must be said that mechanical refinement is little short of excellence. The 1.7 CRDi diesel engine has served Hyundai well these past few years, and while it hasn't been dramatically updated for the Tucson, it's hard to see why Hyundai would have bothered. It pulls strongly in all gears, and if it can get close to its official economy levels (which is impossible to tell from our brief test drive thus far) then it should be pretty affordable to run. It really is exceptionally quiet too, revving and pulling with hushed tones and at cruising speed all you can really hear is a gentle flutter of turbulent air coming off the wing mirrors.

It was once the case that you bought a Hyundai for its standard equipment and the rest of the car came free. Those days, of shameful saloons and horrid hatchback, are long, long gone and the Tucson puts in the requisite decent dynamic experience. It corners with impressive flatness, and the ride quality is at least decent. On the motorway it is all but effortless and would prove an excellent companion for any long journey.

The only problem is that it's all a bit safe and sensible. I guess a family SUV is not really where I should be looking for handling kicks, but its rival, the Nissan Qashqai, is actually pretty good fun to chuck about and the Mazda CX-5 delivers little short of a handling masterclass. There's nothing wrong with the way the Tucson drives, but it is a little lacking in engagement.

It also might be a touch tricky for some in tight city traffic - that extra width combined with a fast-rising window line can make reversing a bit fiddly. Thankfully there are parking sensors and a reversing camera to help with that.

You get lots for your money. Lots and lots. And lots. I know I said that gone are the days when Hyundais sold on the basis of their equipment list, but the new Tucson is impressively well stacked in that department all the same. All models get LED daytime running lights, heated mirrors, automatic lights, USB connection for the stereo, Bluetooth, cruise control and rear parking sensors. The best-selling Executive adds to that list 17-inch alloys, automatic air conditioning, cornering headlamps, satellite navigation (with an eight-inch touch screen), rear view camera and heated leather seats. All for a hair under €30k. Now, it must be said that the current Tucson prices are launch prices, aimed at the jugular of the Nissan Qashqai, and they will be reviewed again in the New Year. They'll only go up by between €500 and €1,000 though, so the Tucson is still going to be conspicuously good value even then.

Mazda CX-5: sharper to drive than the Hyundai and the 2.2 diesel has a good deal more grunt, but it's smaller inside and can't match the Hyundai's pricing.

Nissan Qashqai: the current king of the small crossover and Hyundai's No.1 target. An expert blend of styling, practicality and dynamics, but the Hyundai is better value and more spacious.

Volkswagen Tiguan: due for replacement any day now, and less well equipped than the Tucson (and smaller) but still a good family SUV.

Reviewing the Hyundai Tucson is a bit like reviewing the next Star Wars movie. It's going to be a huge success no matter what I say. Thankfully then, it seems it deserves that imminent eminence. It's a thoroughly good, practical, well-priced-and-equipped car. Would sharper handling make it better still? Yes, as would nicer leather on the steering wheel but it's impressive even so.