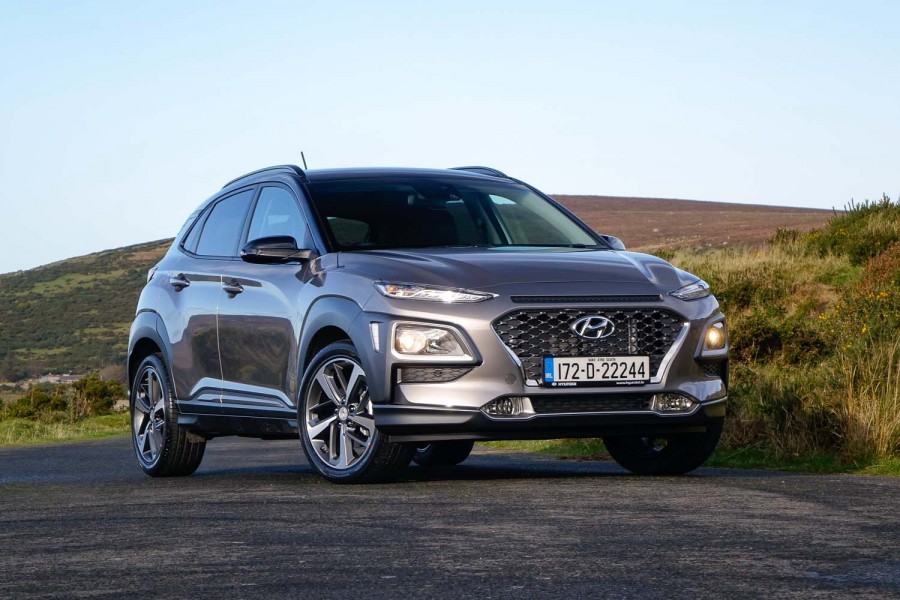 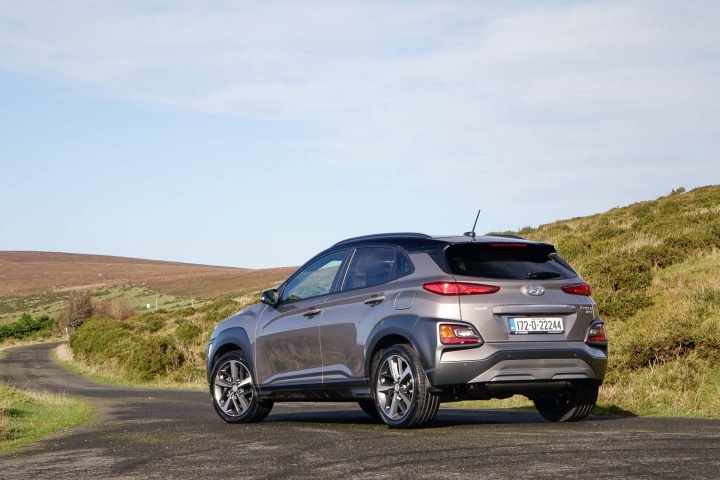 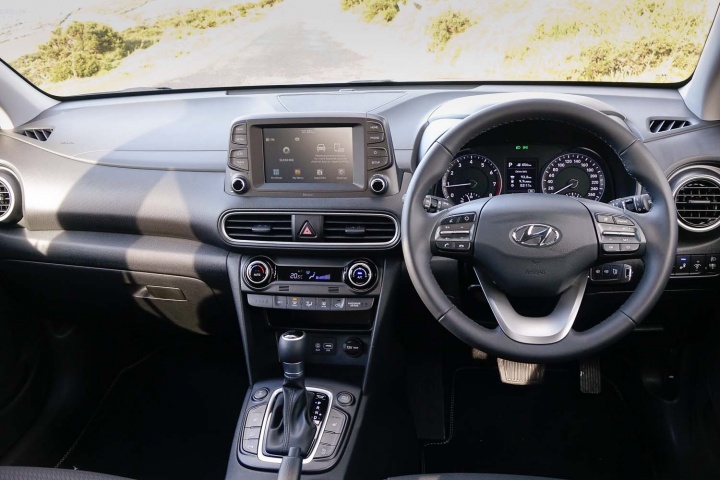 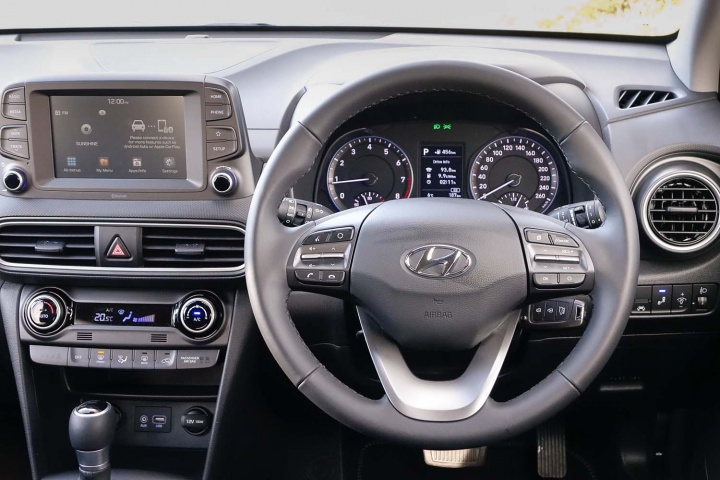 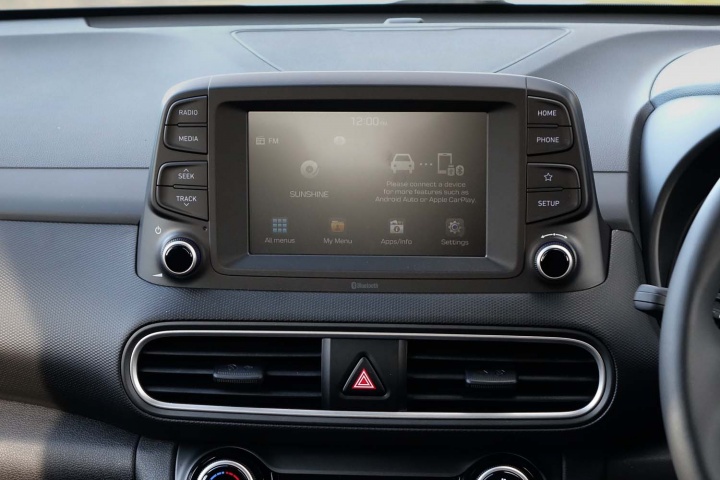 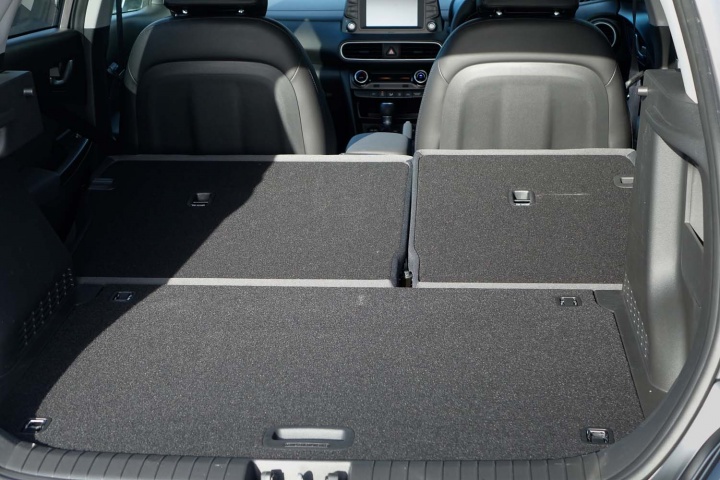 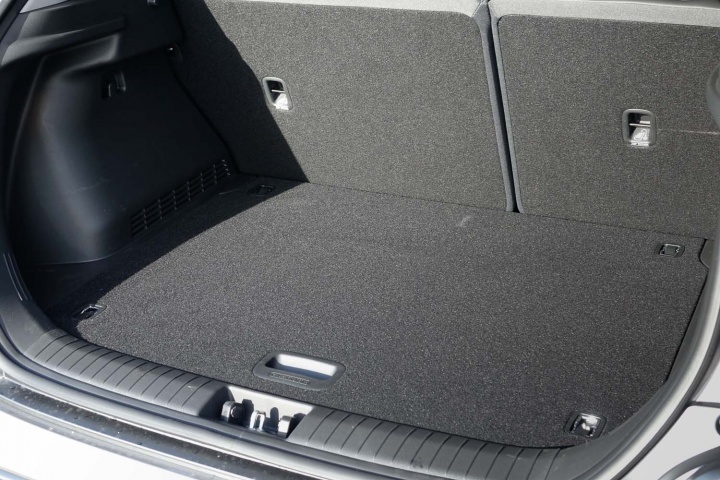 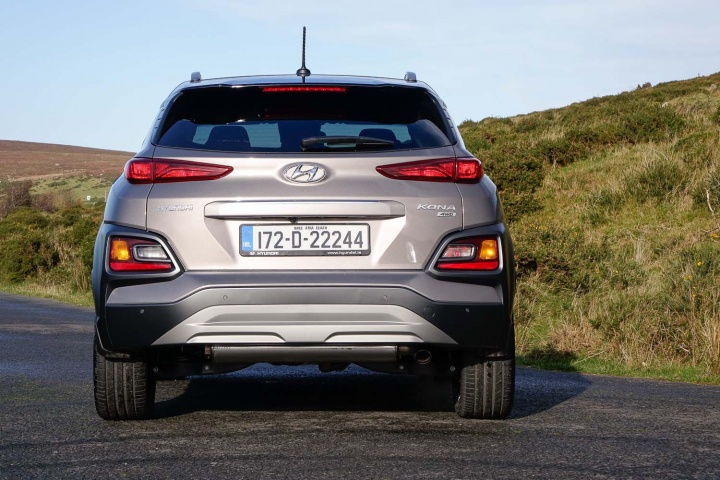 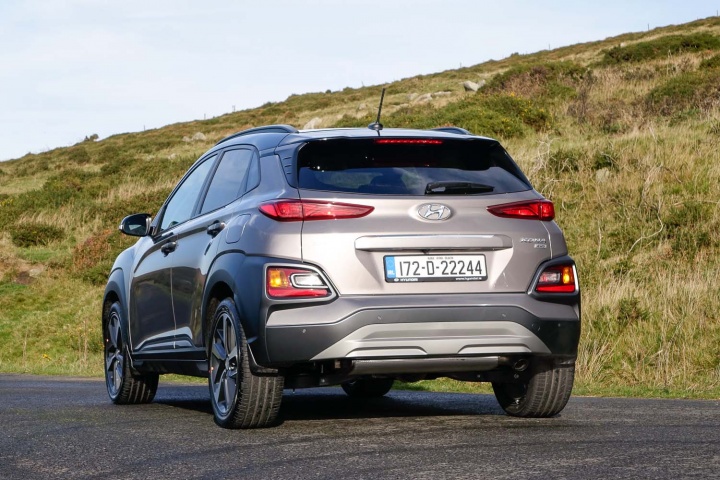 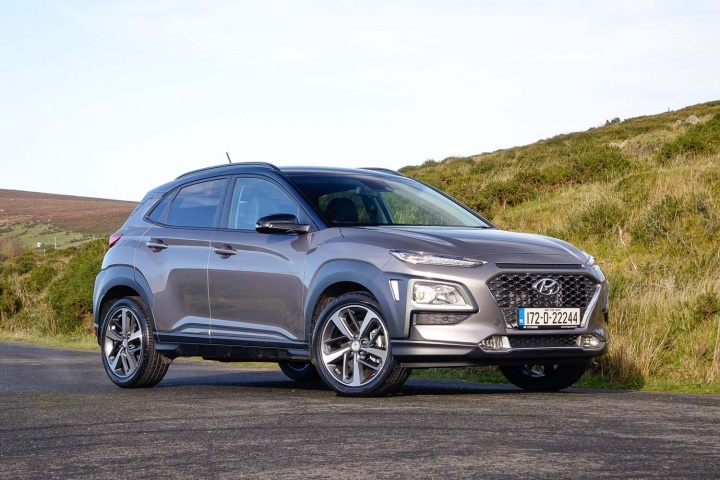 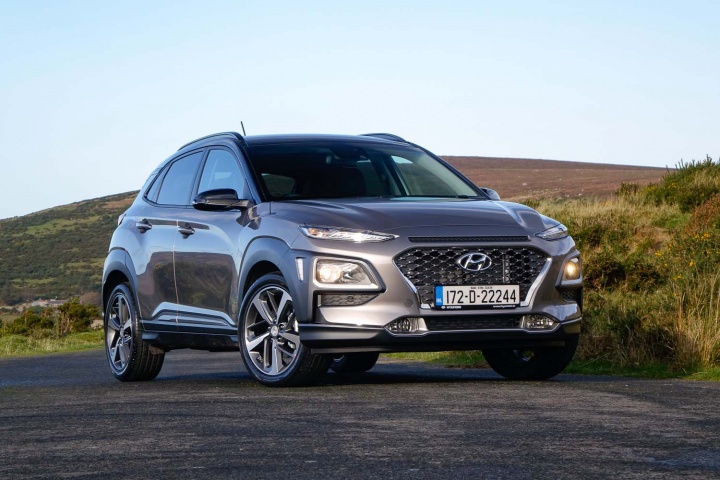 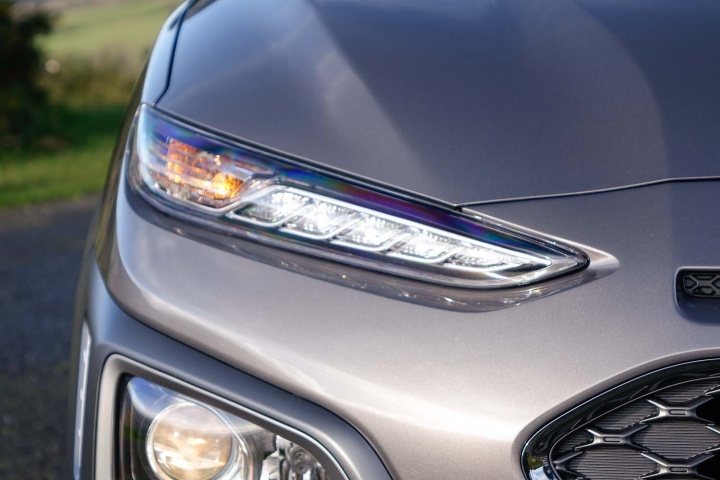 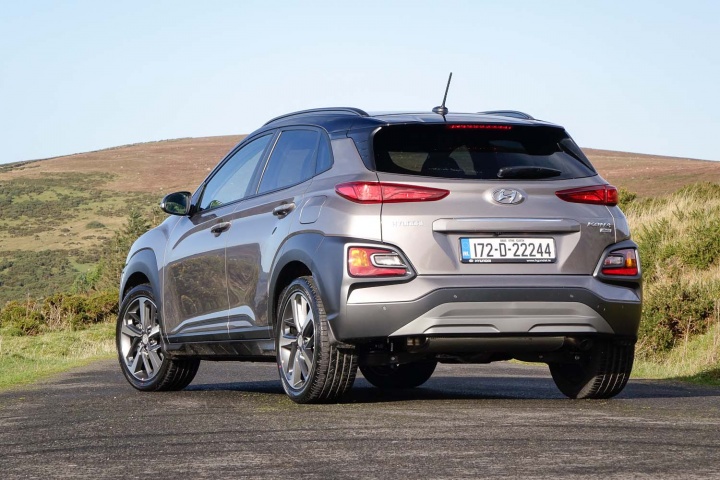 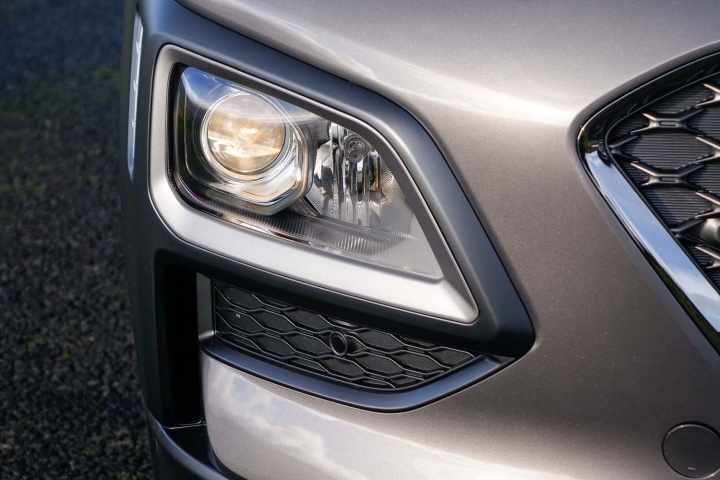 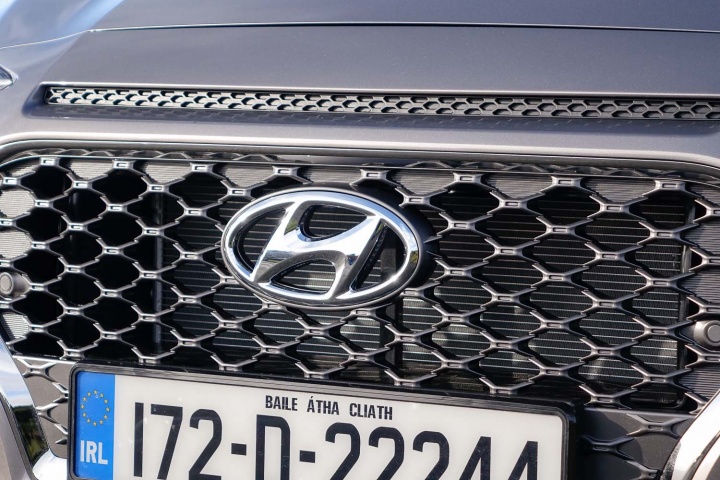 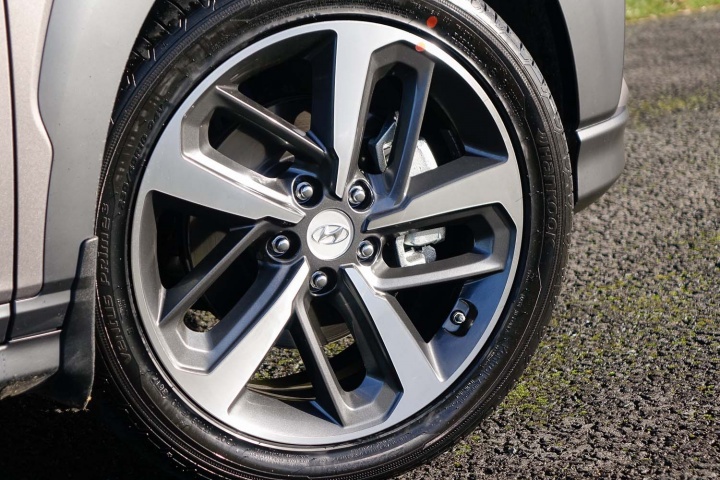 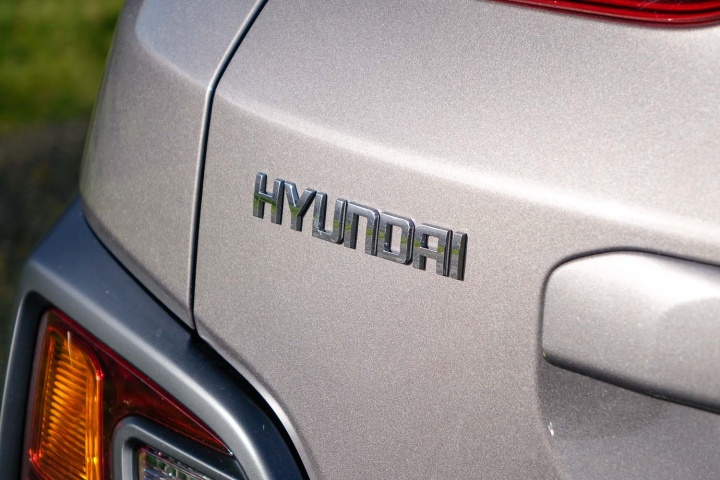 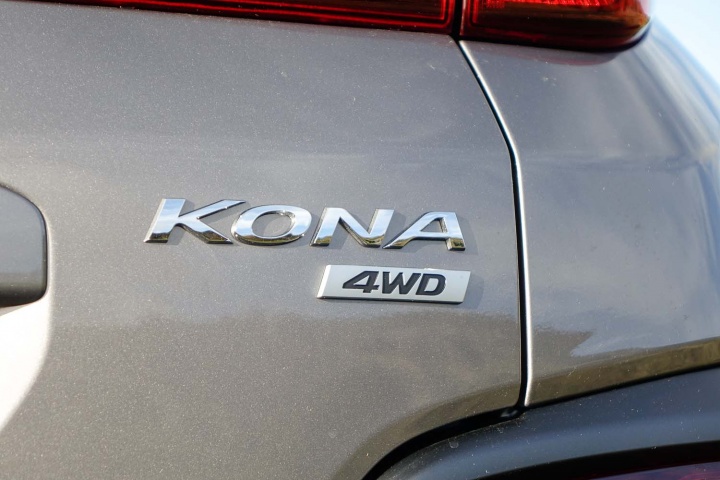 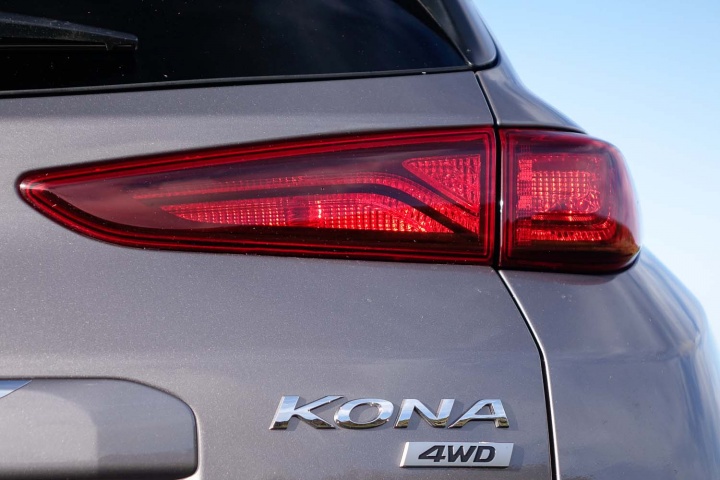 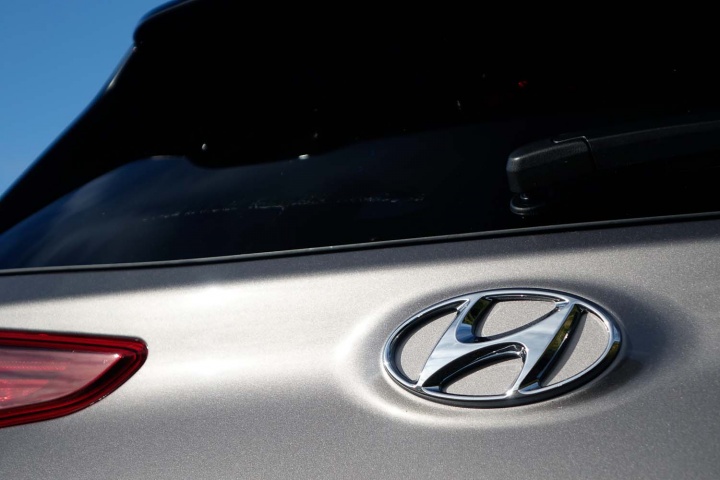 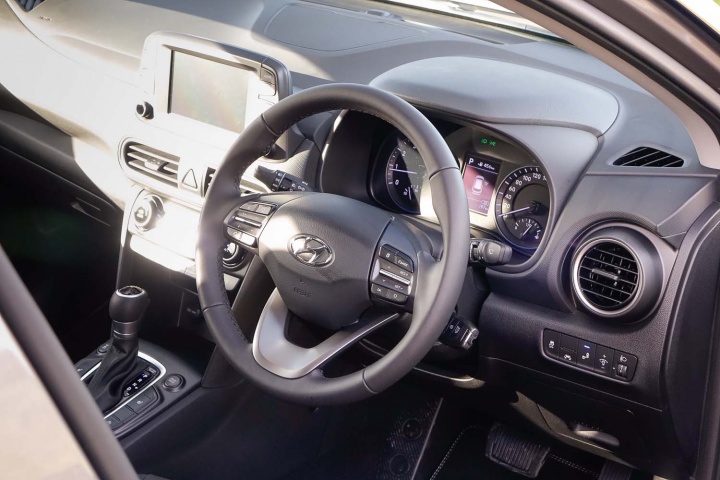 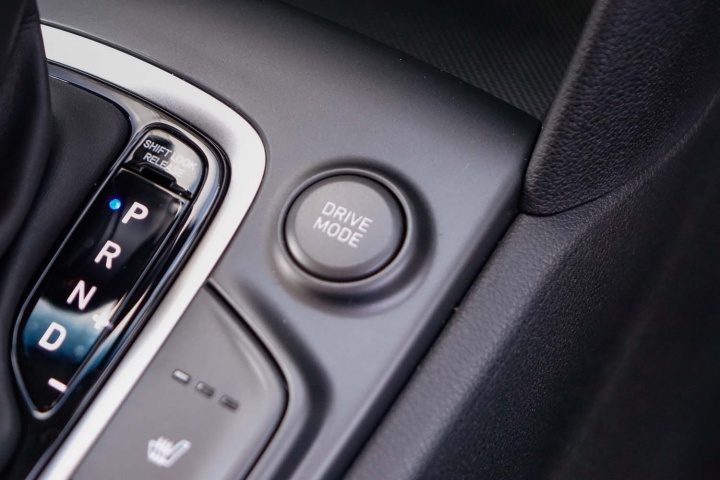 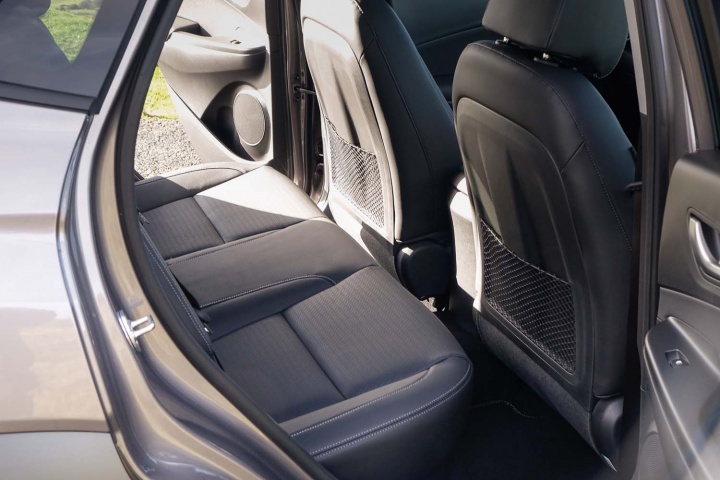 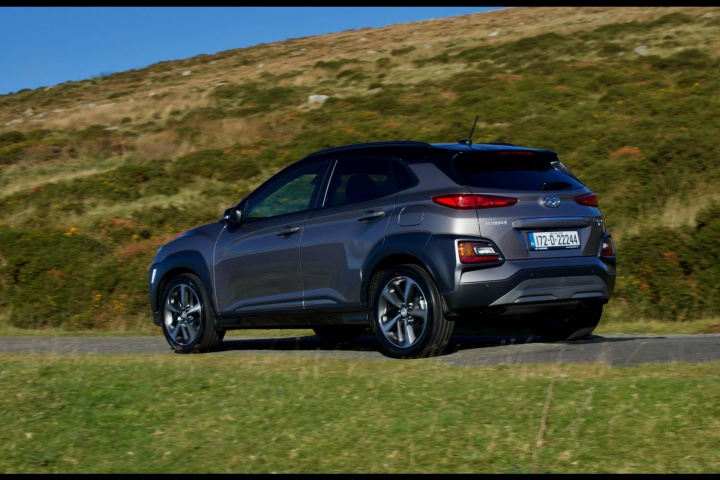 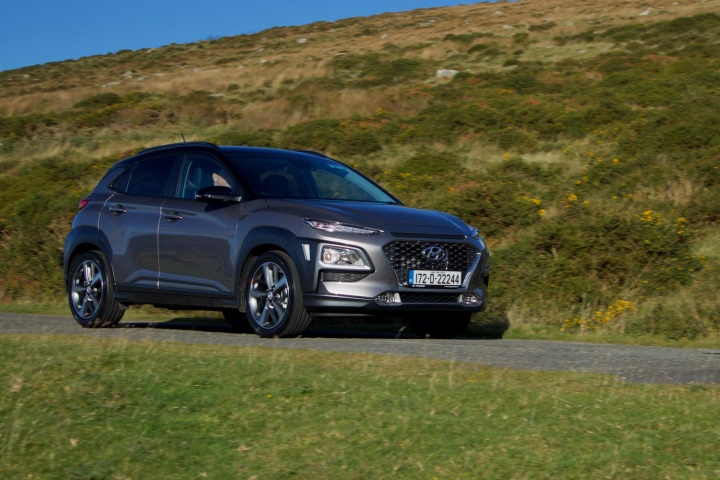 Not so good: not big enough or versatile enough inside

When Hyundai first revealed the new Kona crossover, it was finished in a range of eye-catching bright colours and shot in sunny climes, of course. That's not an unusual occurrence, but the cheery paint hues served to accentuate aspects of the daring design that, at best, divide opinion. More than one casual social media commenter used the word 'ugly' after we posted our first drive of the Kona. A few months later and we're back on Irish soil with one of the first examples of the Kona in the country and it's a blessed relief to see it finished in a modest grey colour. I'm usually the first to complain about the monotone car-buying habits of Irish buyers, but on this occasion, I'd urge those interested in a Kona to go conservative. In this guise, it looks edgy, but not weird, and you can begin to appreciate its relationship with the larger Hyundai Tucson.

Step inside, and unless you've gone for one of the lurid colour packs for the interior, the Kona's cabin looks quite conventional. On the plus side, that means tactile and logically laid out switchgear, a simple touchscreen infotainment system and a general feeling that it's a well-made car, if not a particularly luxurious one. Get a few more people on board, however, and you'll soon realise that the Kona is no more spacious than a Hyundai i30 hatchback and the boot is smaller. This is the case for most compact SUVs in the class, in fairness, but other than split-folding rear seats, the Kona's cabin does nothing especially versatile.

If you want even more, the Kona Premium 1.0 starts at €25,995. It features 18-inch alloys, leather upholstery, electrically adjusted front seats, more aesthetic upgrades and extra safety equipment such as Blind Spot Detection and Rear Cross Traffic Alert. This Premium grade is the only one offered in conjunction with the more powerful petrol engine, a turbocharged 1.6-litre unit, as tested here, sold by default with four-wheel drive and a seven-speed dual-clutch automatic transmission. At €29,995, it may not be the most relevant version of the Kona to the Irish market, but it's an interesting car all the same with ostensibly few direct rivals.

After all, the 1.6-litre engine puts out a useful 177hp, even if you do need to extend it a bit to extract all of that. The four-wheel-drive system does a good job of masking the performance as it transfers power to all four wheels quickly, making it a cinch to use it to the fullest. It's not quite hot hatch quick, but it really isn't far behind, especially on a wet and slippery road, where the Kona clings on gamely. There's a little body lean in tighter corners taken with enthusiasm, but conversely the car flows with broken road surfaces quite impressively, even though the tyres are low profile items. On a cruise, it's quiet and really, it drives much as you'd expect a regular hatchback of this size to rather than a loftier SUV.

We're told that there will be a diesel version of the Kona offered in time, but we also suspect that sales of cars of the Kona's size are going to be predominantly petrol-powered this coming year, so don't hold back and wait. As much as we enjoy the extra traction of the 4WD system and the performance of the 1.6-litre engine, it's likely that the 1.0-litre model will be the most popular. Just be careful which colour you go for... Hyundai could well have another hit on its hands. 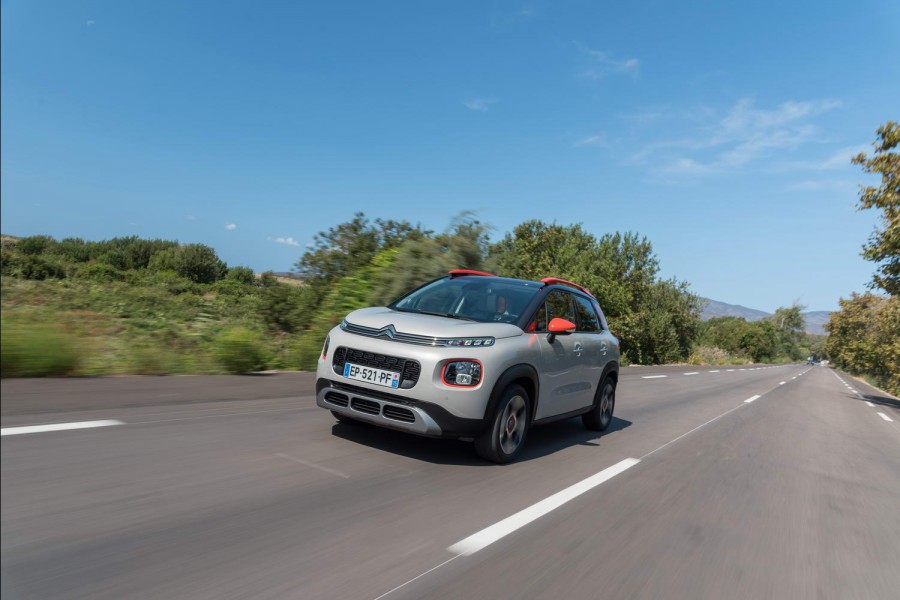 Renault Captur 1.2 TCe petrol review
Renault Captur vs. Hyundai Kona 1.6 T-GDI petrol 4x4: the one to beat in terms of sales, though the line-up is small and there's no direct rival for this 4WD 1.6-litre petrol Hyundai.