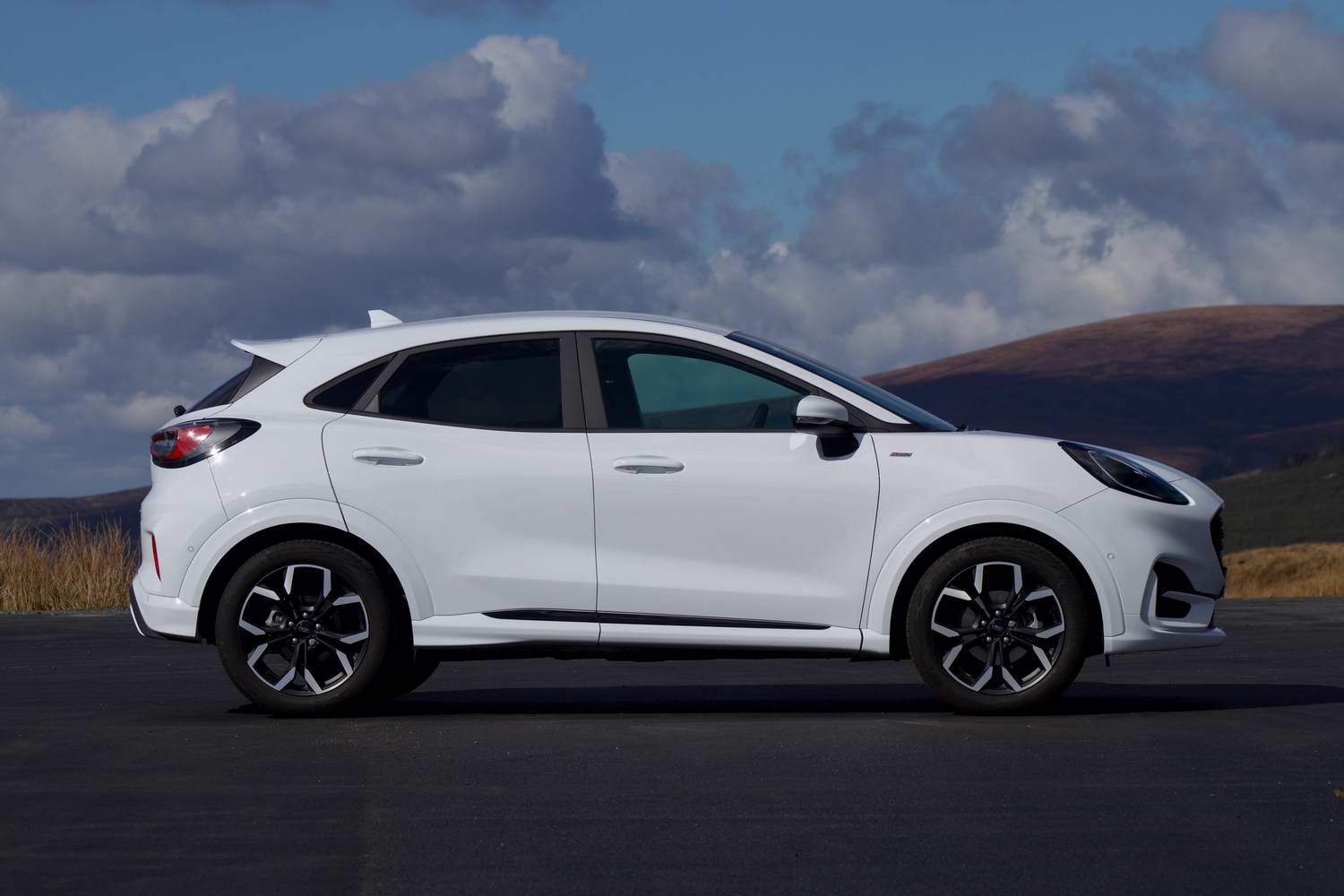 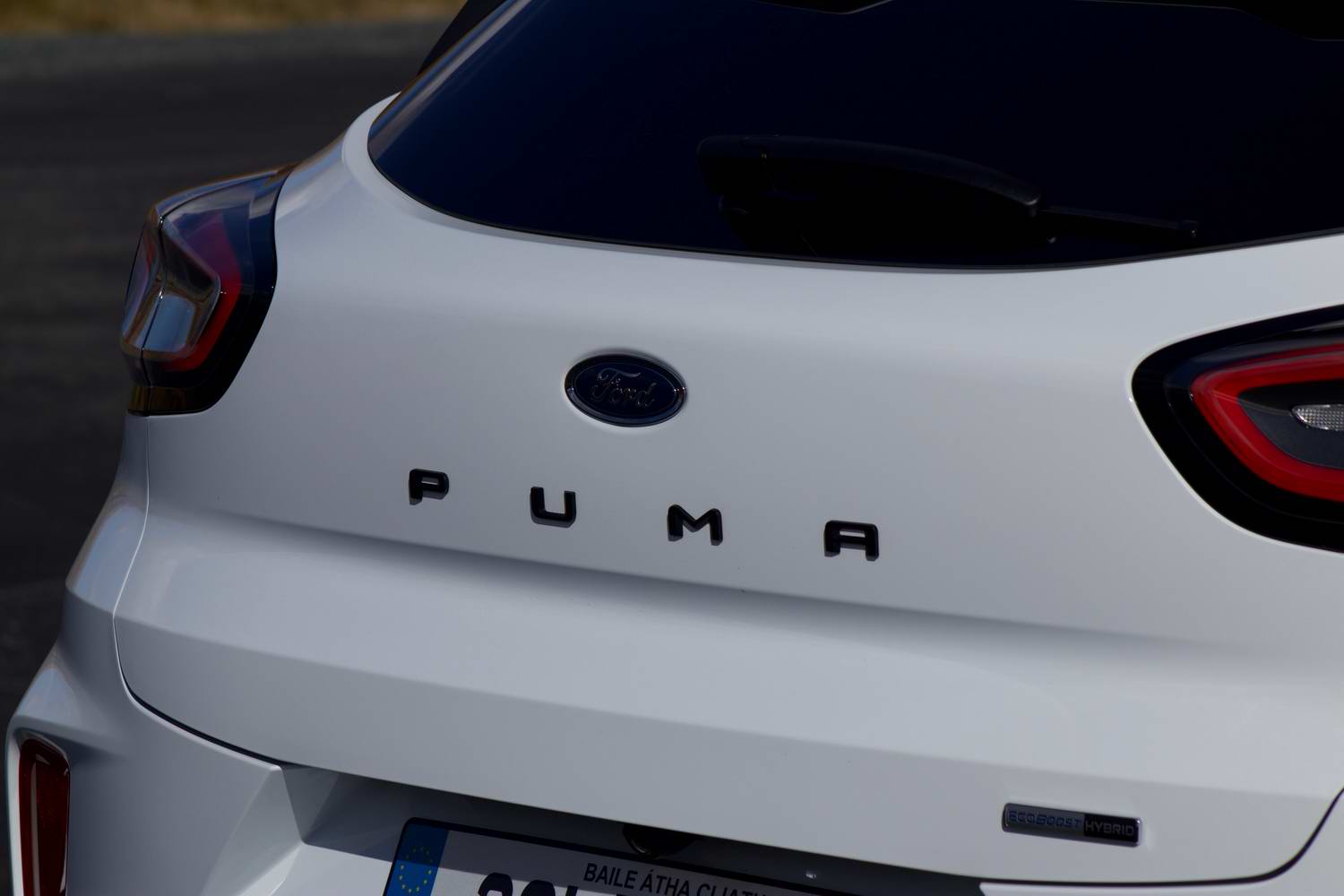 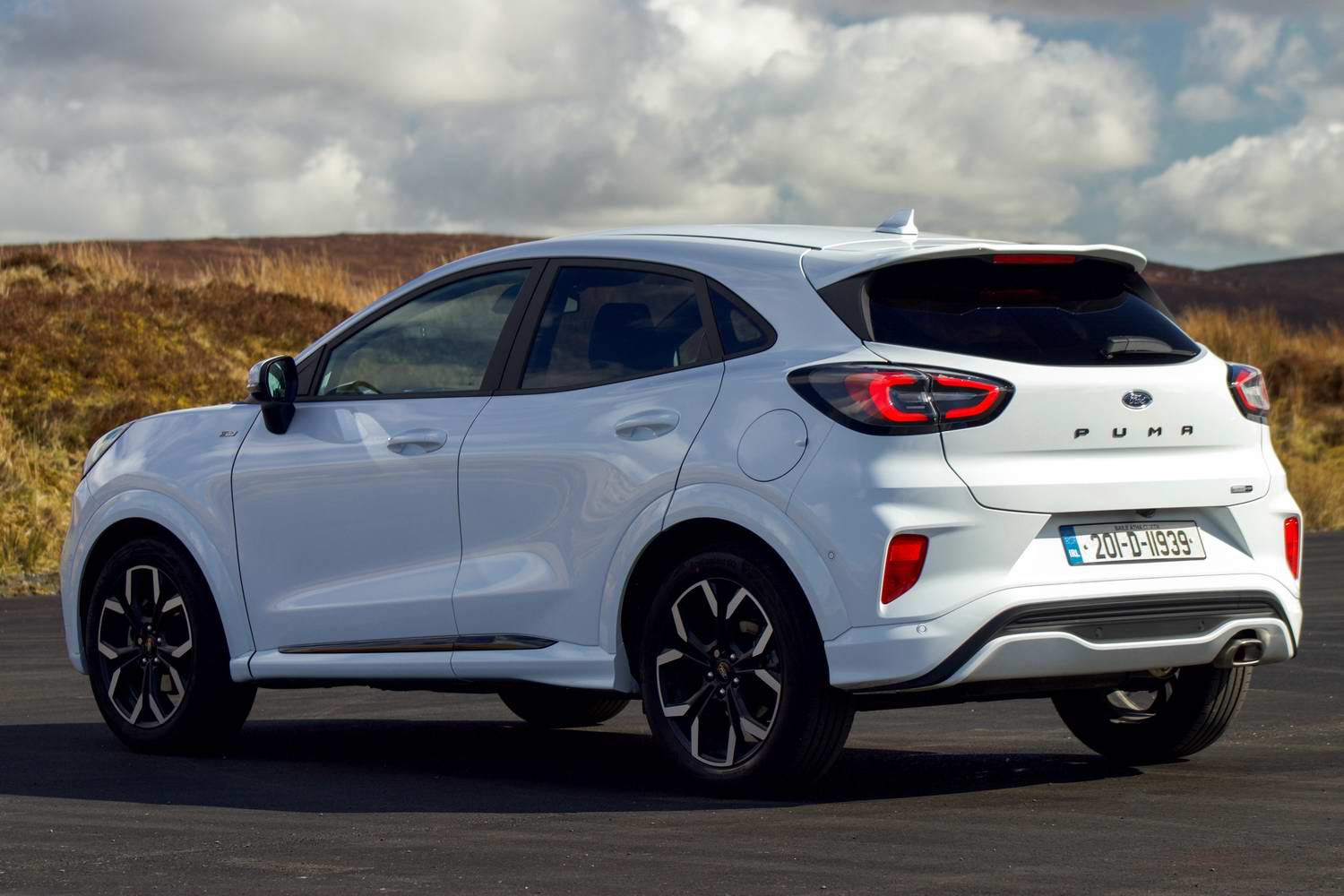 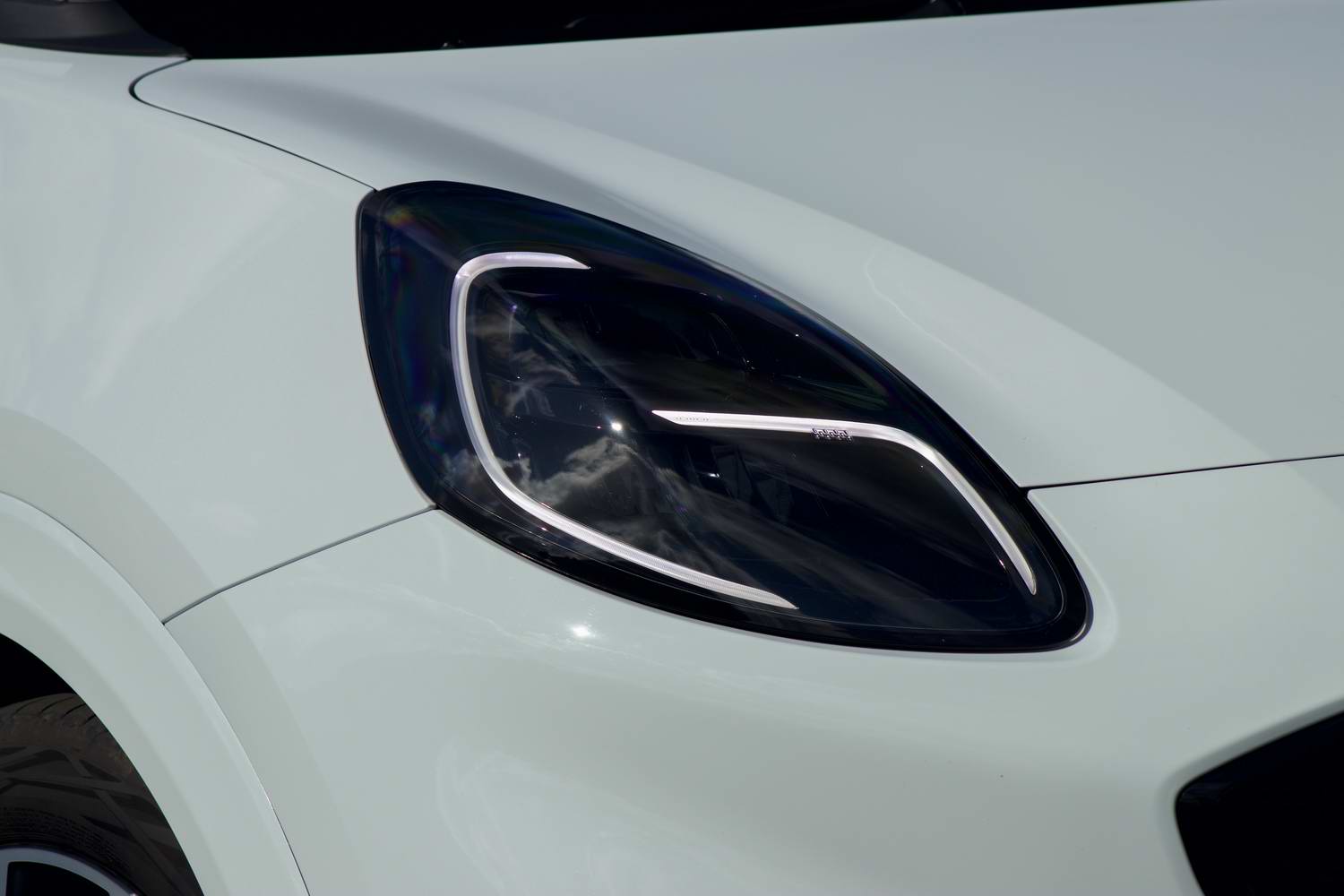 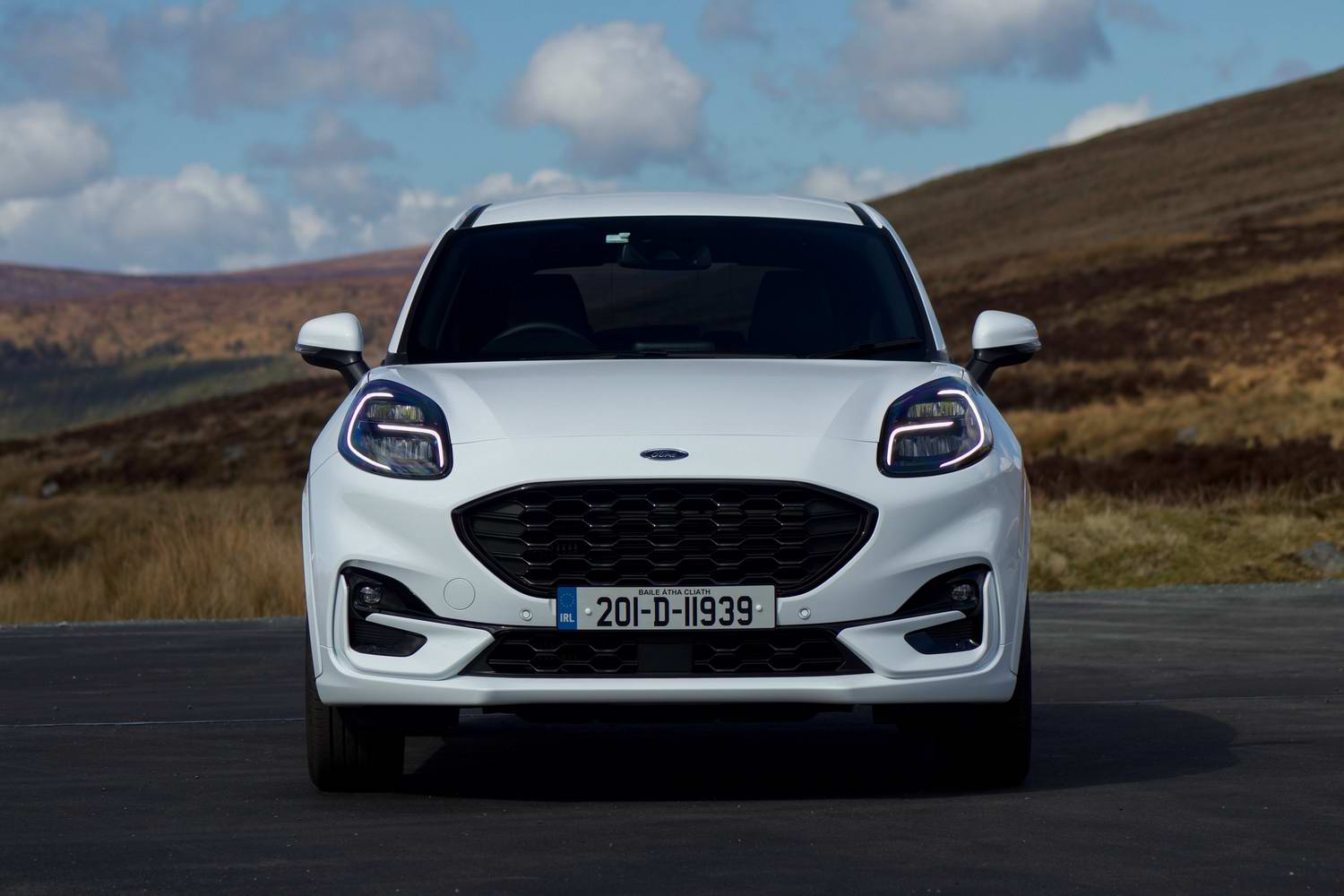 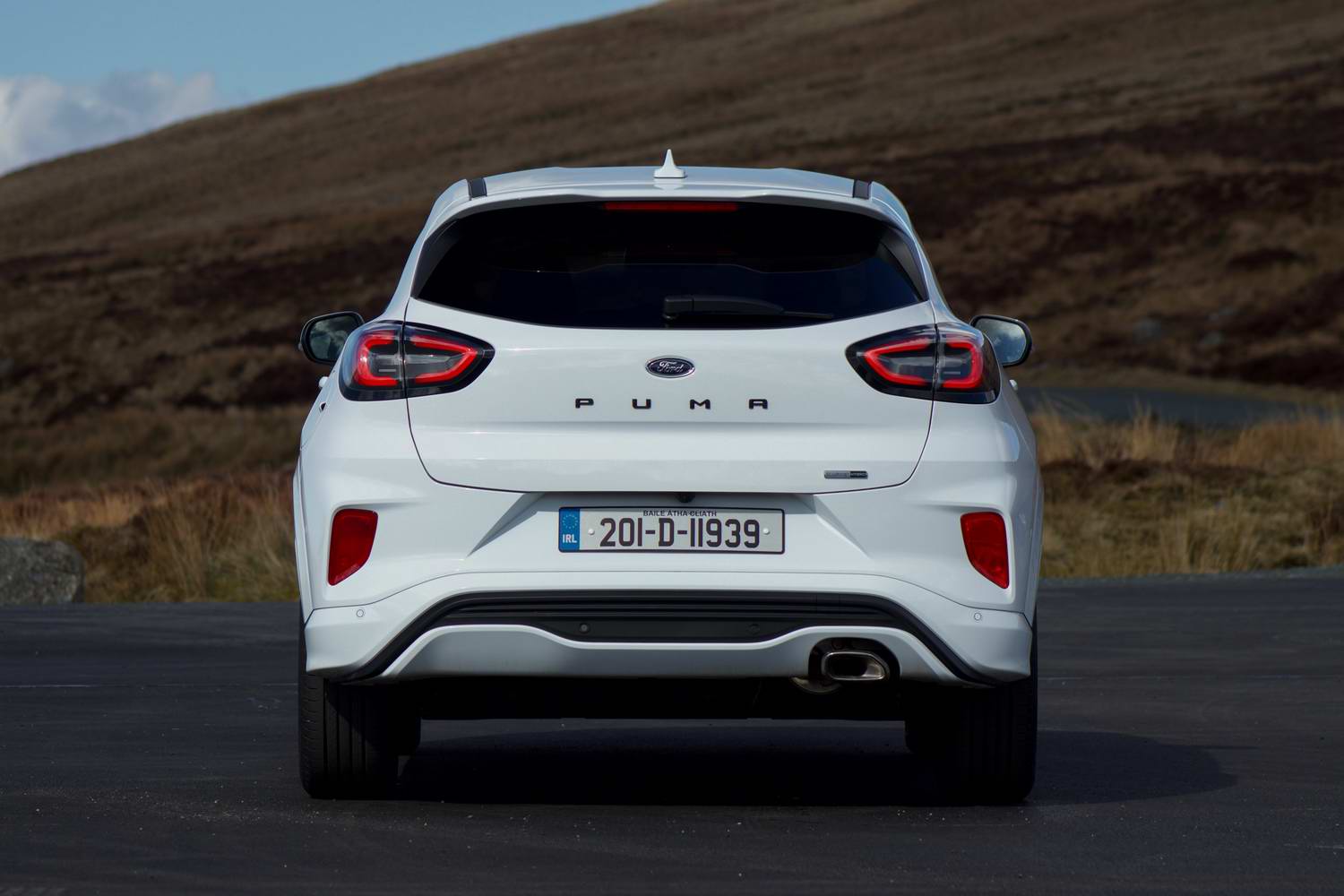 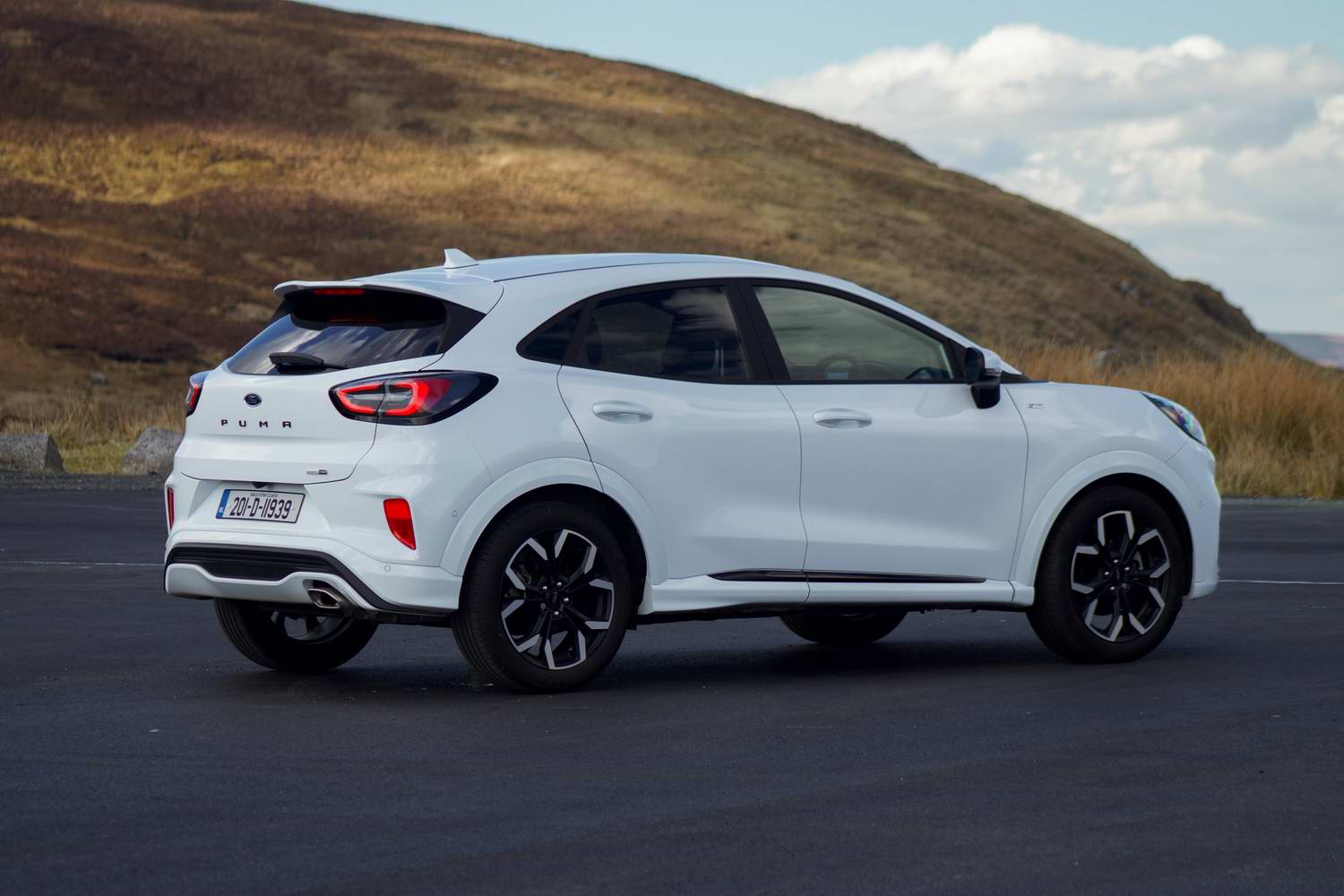 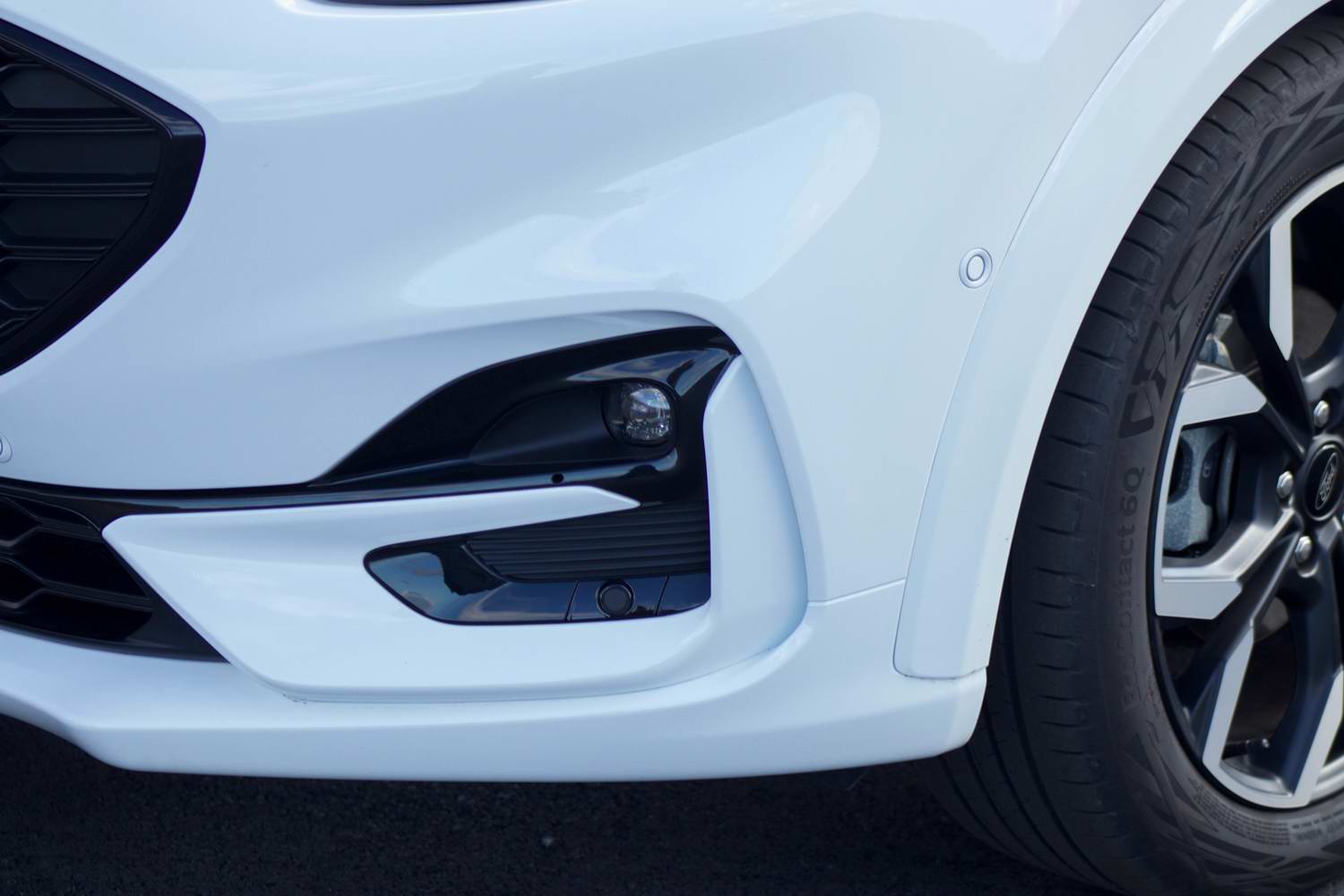 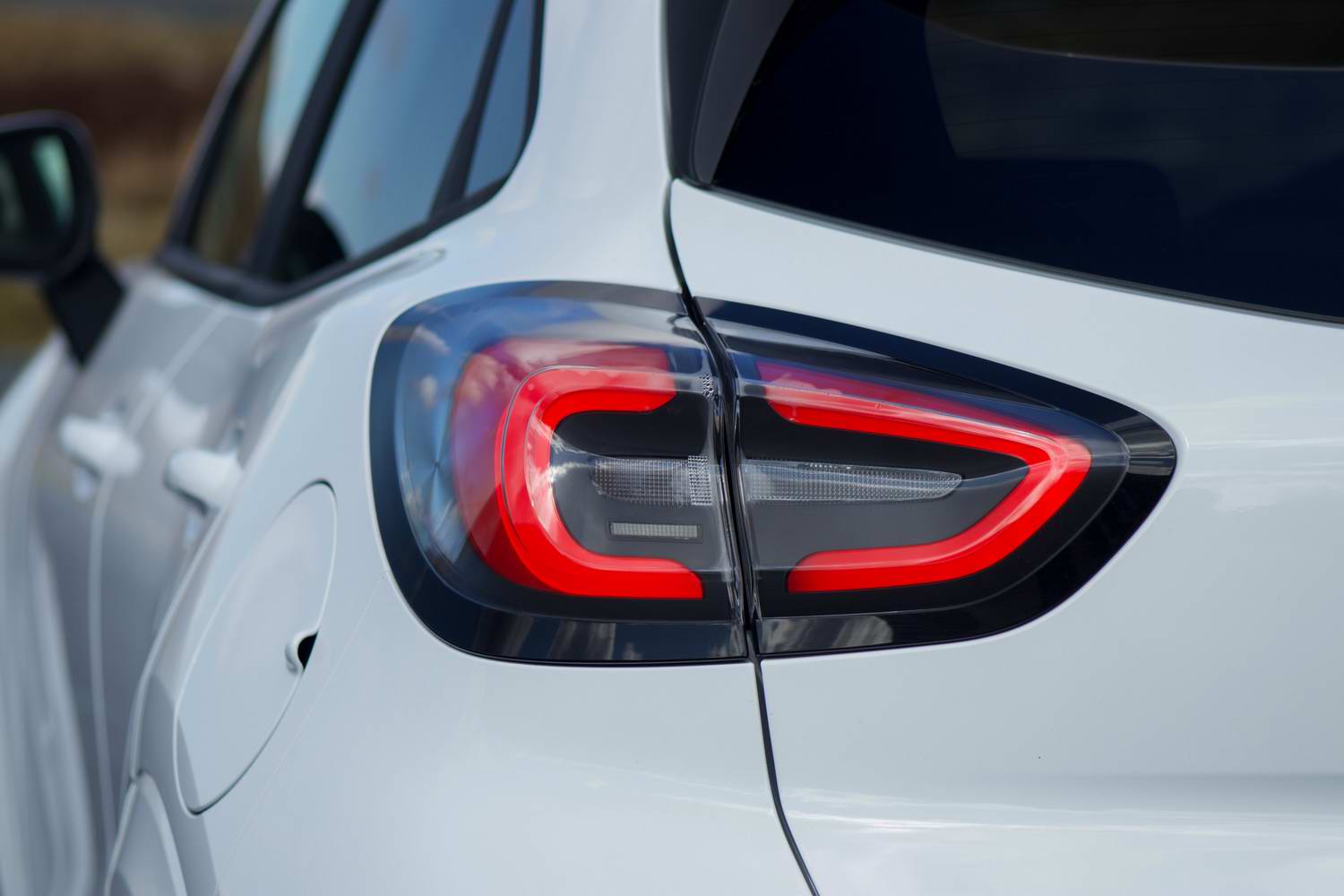 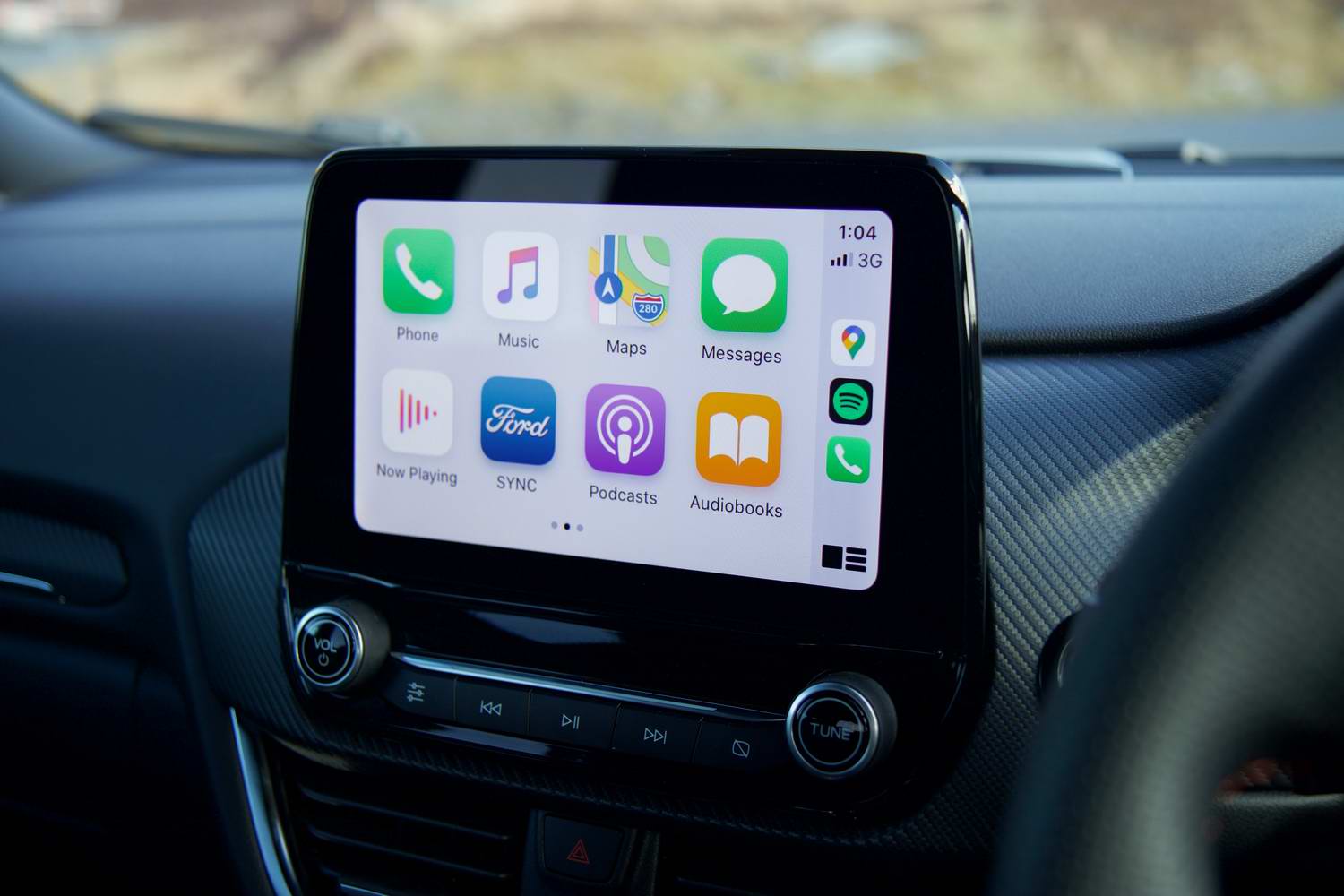 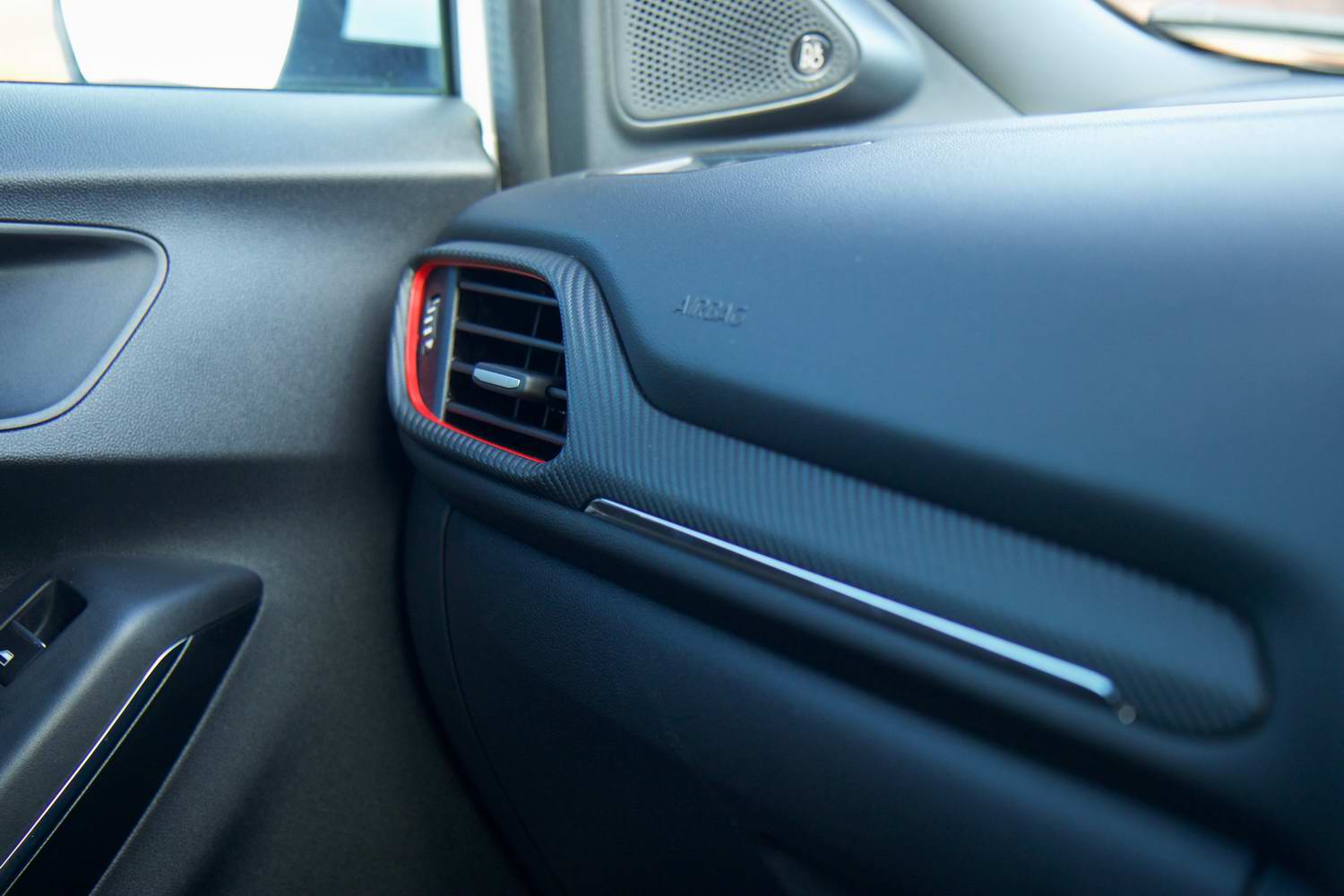 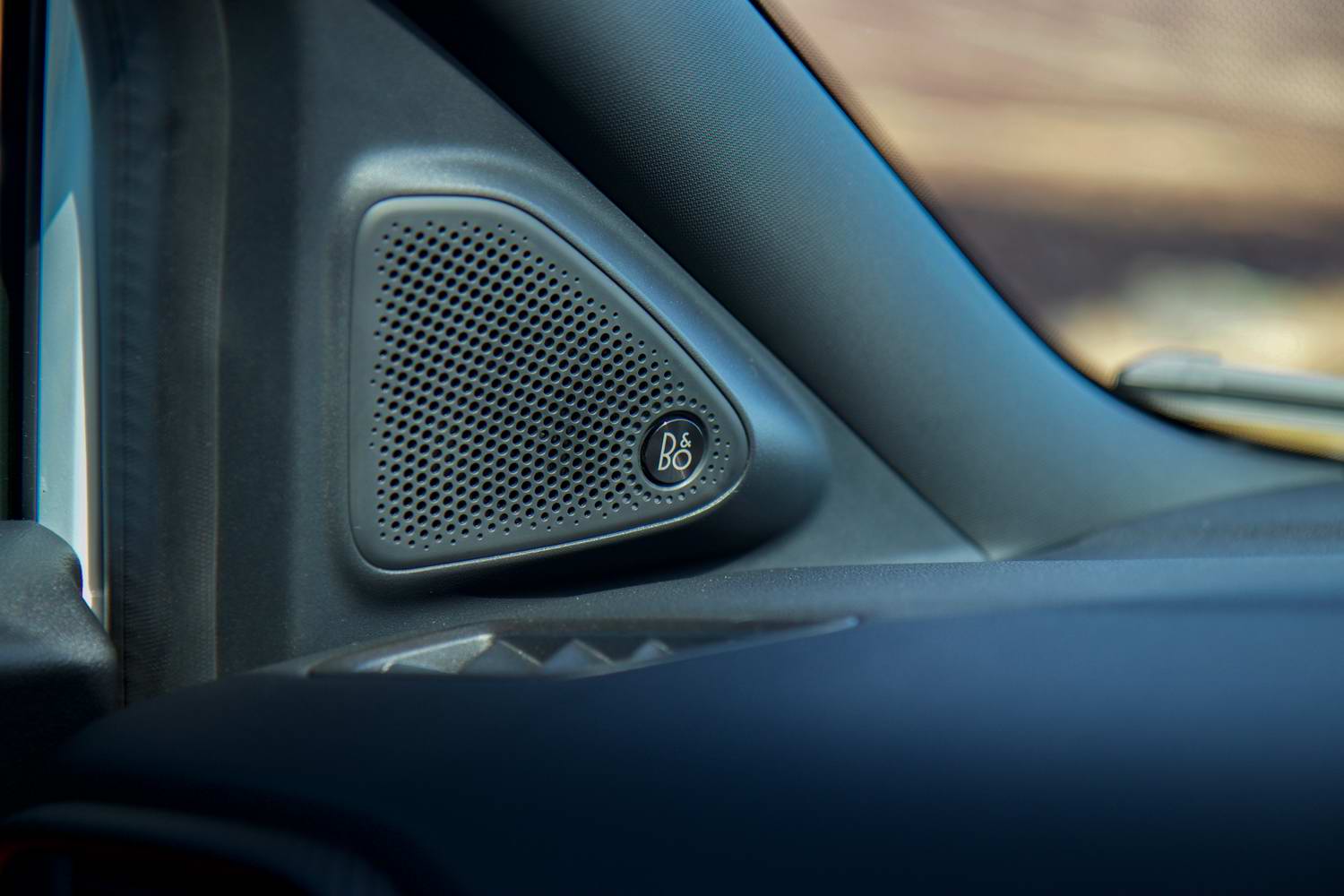 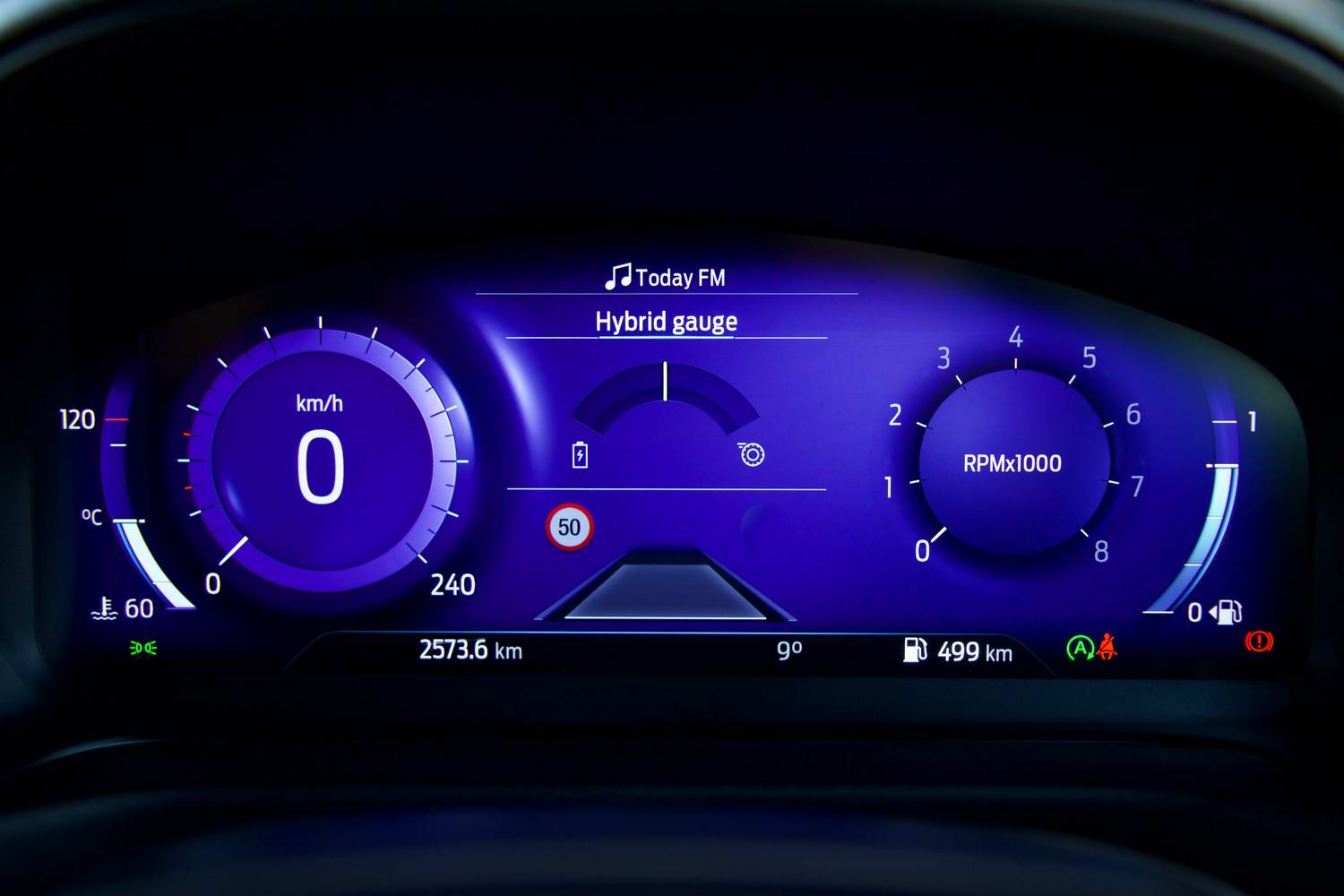 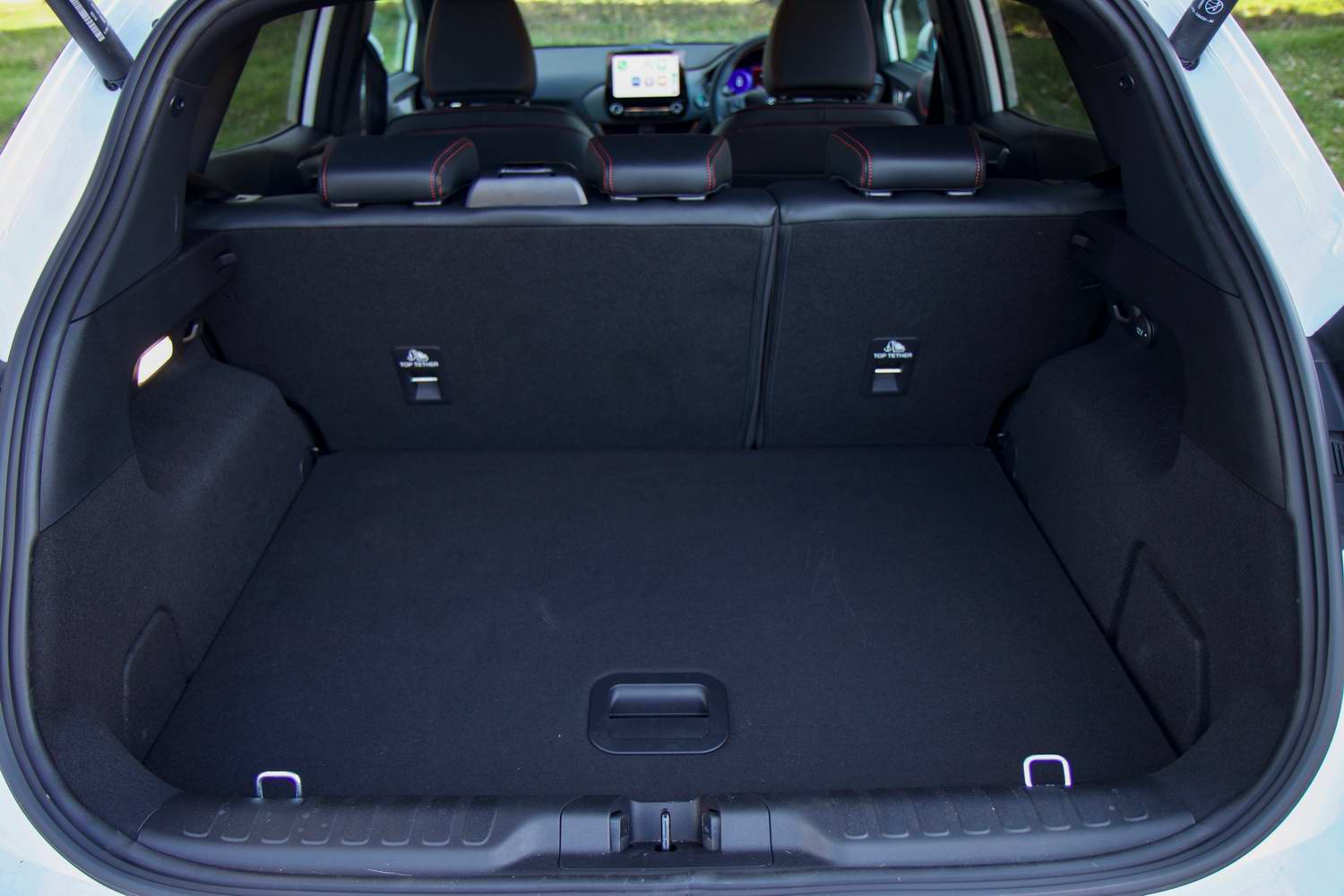 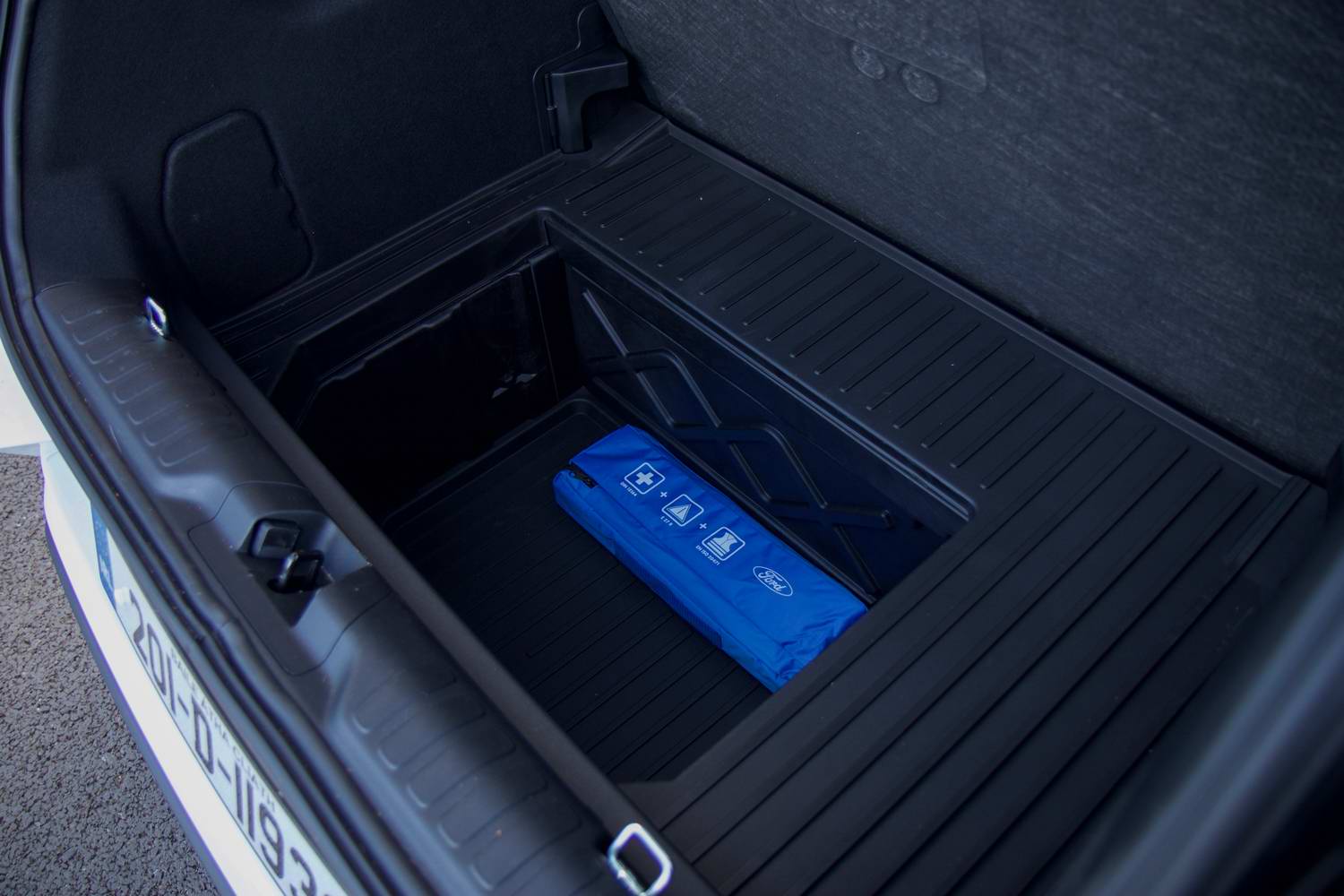 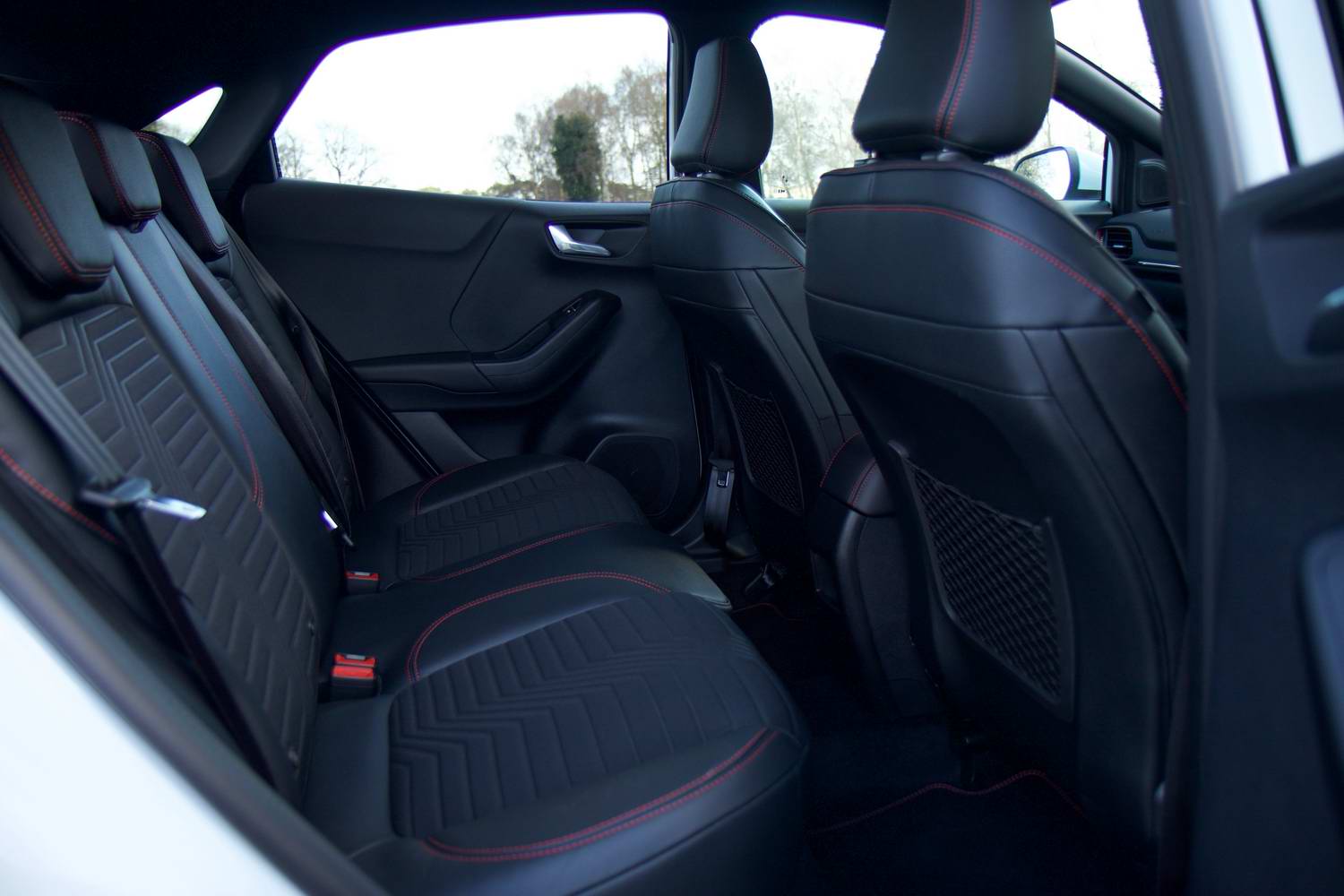 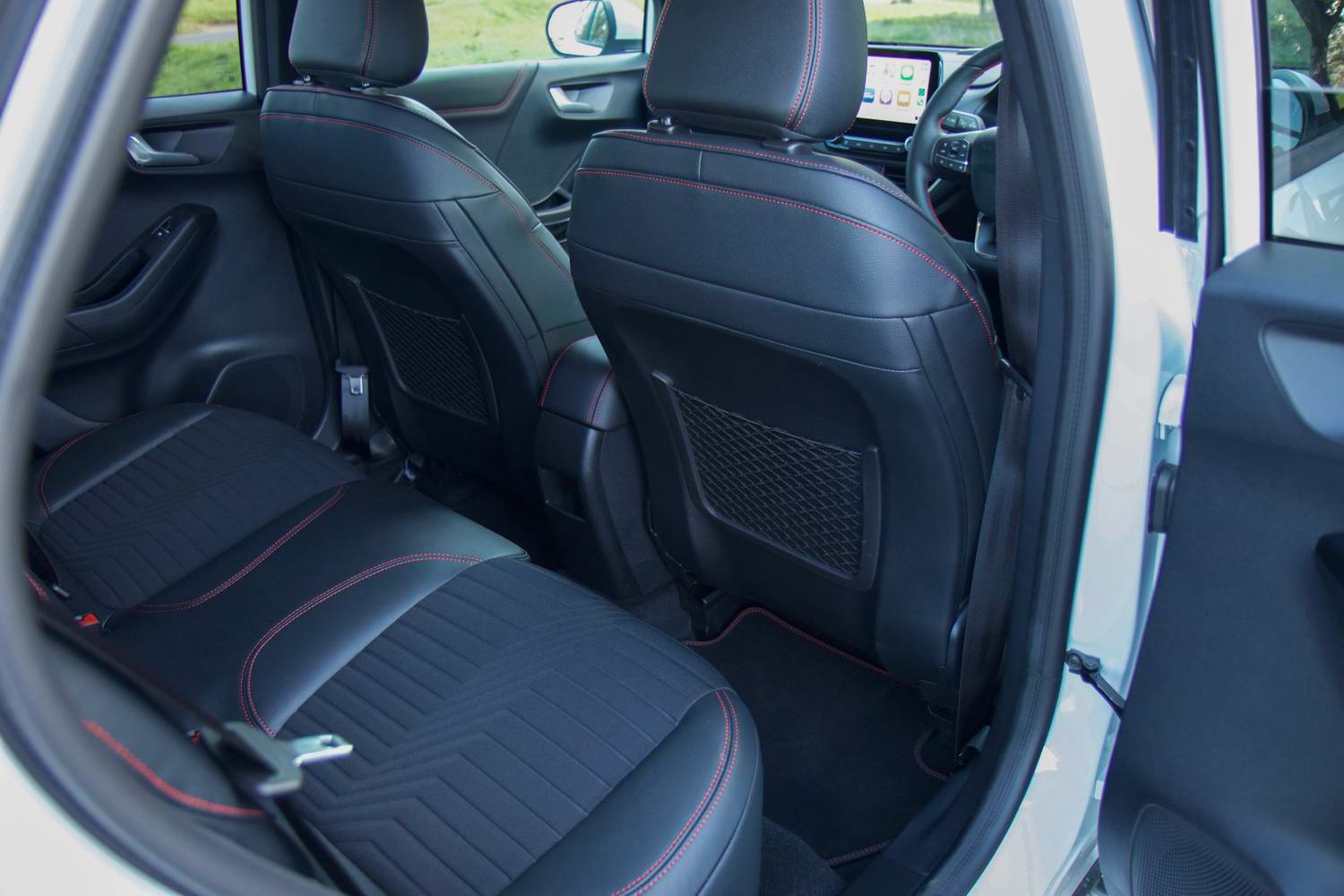 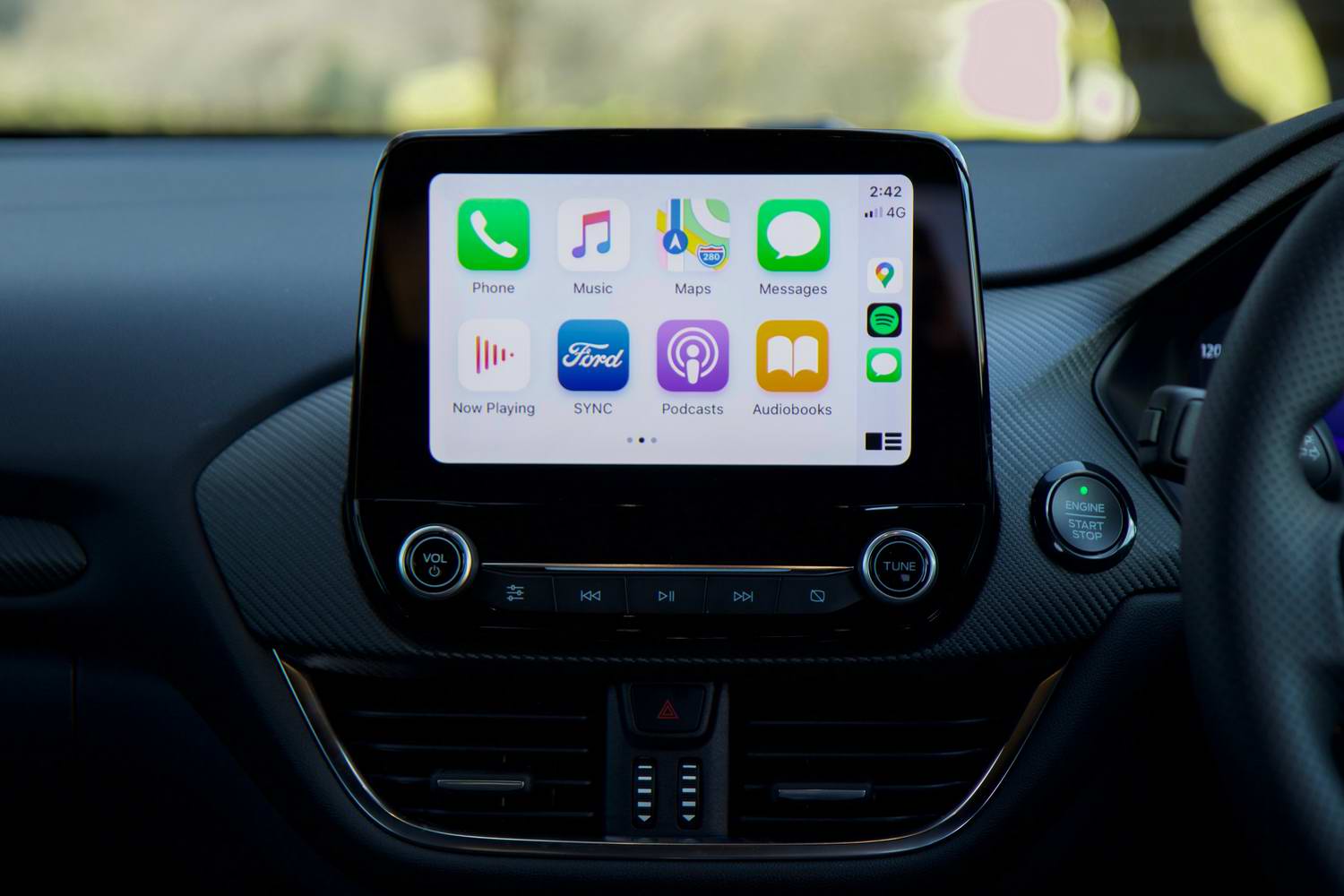 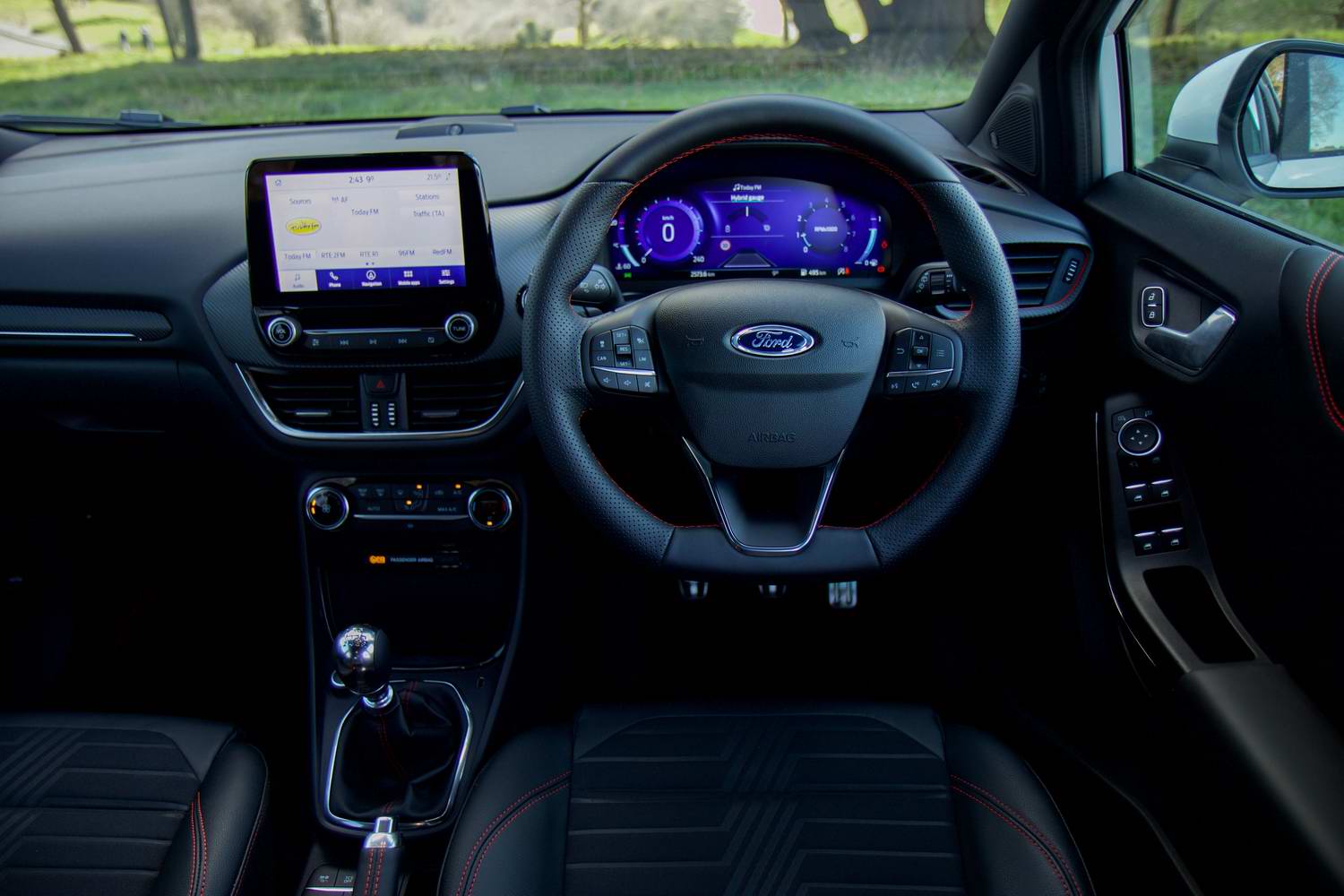 We loved driving Ford’s new Puma when it was launched, but how does it fare on Irish roads?

I'm driving a lesson in not pre-judging, in not - as sports journalists would tell you - writing the headline before the kick-off. Y'see, when Ford announced that its new compact crossover was going to be called Puma, many of us rolled our eyes and groaned. For persons of a certain age, especially those with a bit of a Steve McQueen fetish, the original 1997 Puma is both sacrosanct and god-sent. Based on the Fiesta, it was cute-as-a-button and turned on a dime, a mixture of good looks, incredibly sharp, engaging handling, and sensible old-school Ford practicality and mechanical simplicity. No wonder we loved it.

With crossovers, especially small ones, generally being the motoring equivalent of that gunge you find on your shoes after stepping off the kerb (well, for most true motoring enthusiasts anyway) and with Ford's previous entry into this genre of infamy having been the unloved and unlovely EcoSport, the omens were not looking good. Ford, it seemed, was about to desecrate a great name in the interests of some marketing brand recognition. Or something.

This is where the pre-judging needs to stop. Because as soon as we'd turned a wheel on the Puma's international launch, which took place in Spain, back in January when we could still go to Spain, we loved it. It felt sharp to drive, was better looking in the flesh than we'd thought, and had the practicality demanded by crossover buyers without looking like a hatchback on stilts. Still, we wondered. Driving and loving a car on a glitzy international launch is one things - having the same feeling when you're driving it at home, on a wet Wednesday, is something else again. So how would the Puma stand up to the rigours of Irish tarmac, the places where we carved out so many memories in its eponymous predecessor?

Well, the Puma gets off to a good start by being good looking. I think you can argue that the 'Frozen White' paint job of our test car is not the best shade, but nonetheless, this is an appealing looking car. I like the way the front end looks as if it's smiling, and like too the fact that the relationship between the headlights and the grille looks - ever so slightly - like a sixties Aston Martin had an affair with an Austin-Healy Frogeye Sprite, and the Puma was the resulting progeny.

It's good inside, too. Yes, there's a lot of familiar carry-over from the Fiesta and the Focus and, as we've noted with a few Ford road tests of late, that does mean rather a lot of dour, dark, plastic, and not all of it is soft to touch. However, as also recently noted, it does mean that the underlying quality, the screwed-together bit, is very good. The quality of assembly is good. Comfort is also good. Our ST-Line X test car came with part-leather bucket seats, into which I fitted snugly, but pleasantly. Space is OK - perhaps not as voluminous in the rear seats as a Renault Captur nor SEAT Arona, but tolerable for a tall teenager (I know because I asked mine). The boot is nothing short of excellent, by both the standards of the class and in comparison to a comparably priced hatchback. Include the clever 'Megabox' (an underfloor storage box that can act as receptacle for mucky boots - there's a built-in drain plug so you can hose it out - or to allow you to carry tall items upright) and you've got 468 litres to play with. It's more than enough for most purposes.

The EcoBoost engine is up next on our list and it's probably better in the Puma than it's ever been. Previously, it's been tricky in the extreme to extract the kind of fuel economy out of an EcoBoost triple that you'd expect. The addition of mild-hybrid assistance in the Puma means that's become a lot easier now, and you should crack on through to the 50mpg vicinity with relative ease. Better still, the small bit of electrical assistance helps the engine to feel far more muscular and responsive, especially through the mid-range, than the nearly-ten-second 0-100km/h time would have you believe. Combined with a gently fruity exhaust note, this is one willing, sweet, little engine. Oh, and the six-speed manual gearbox reminds you just what tactility you've been missing with all those automatics...

Speaking of tactility... The steering. The steering is just wonderful. In its weight and feel it's actually a tiny bit rubbery, a little springy, but you'll forgive that when you notice the incessant, unending stream of data flowing back from the front tyres to your palms. The Puma's steering is just brilliant, communicating all the time and allowing you to feel every nuance of what the car is up to. To drive it after driving a mutely-helmed rival, such as the Captur, is like suddenly travelling back to a time before electric power steering had been discovered. It's that good.

The rest of the chassis keeps up, and on a flowing, twisting road the Puma settles into a deeply impressive, immersive, enjoyable rhythm. It's not just good by the (generally low) standards of the class. It takes the Fiesta's gifted chassis and, by stretching the wheelbase and widening the track, makes it feel more stable, but no less agile. It proves, decisively, that Ford still has a better handle on handling than almost all its rivals, even those from much more expensive, exclusive price brackets.

The Puma's only dynamic shortfall is in its ride quality. Our test car wore a handsome set of 18-inch matte-black alloy wheels and, while from an aesthetic perspective we'd wholeheartedly recommend them, from the comfort perspective, we can't. For the most part, the Puma's ride is firm, but controlled and well-damped. Sometimes, though, on certain road surfaces, those wheels induce a jiggle and fidget that's not only annoying, but actually triggered a bit of travel sickness in some passengers. Forego the looks and drop a rim size, would be our advice.

The new Ford Puma doesn't just go to the top of the small crossover class, it effectively pushes the reset button on that class. Just as the original Ford Focus in 1998 showed that a family hatchback didn't need to be stodgy and unrewarding, but could be positively sports-car-like in its reactions, so the Puma shows that a small crossover needn't be a cynical marketing exercise, and can actually be as entertaining as it is practical, and that neither of those need be a compromise. It's arguably the best-to-drive model in the Ford range right now (yes, even better than the Focus ST) and, given its relatively affordable price point, might just be the best buy in the Ford line-up. Back in January, we reckoned it would be one of our favourite cars of the year. A lockdown and an introduction to Irish tarmac have done nothing to change that.

I flip-flop between loving the Puma's looks and finding an awkward angle, but you can't deny it's one of the better small crossovers on the market in terms of interior and boot space and how it drives. If it was offered with more engines, it could eclipse the Focus in sales terms.

The Puma drives and handles far better than it ought to, proving that Ford can, when it puts its talent to it, still churn out an excellent road car, even as a crossover. While the aesthetics may be divisive, this is outweighed by the practical aspects of the Puma. Its 1.0-litre engine suits the car nicely, too. 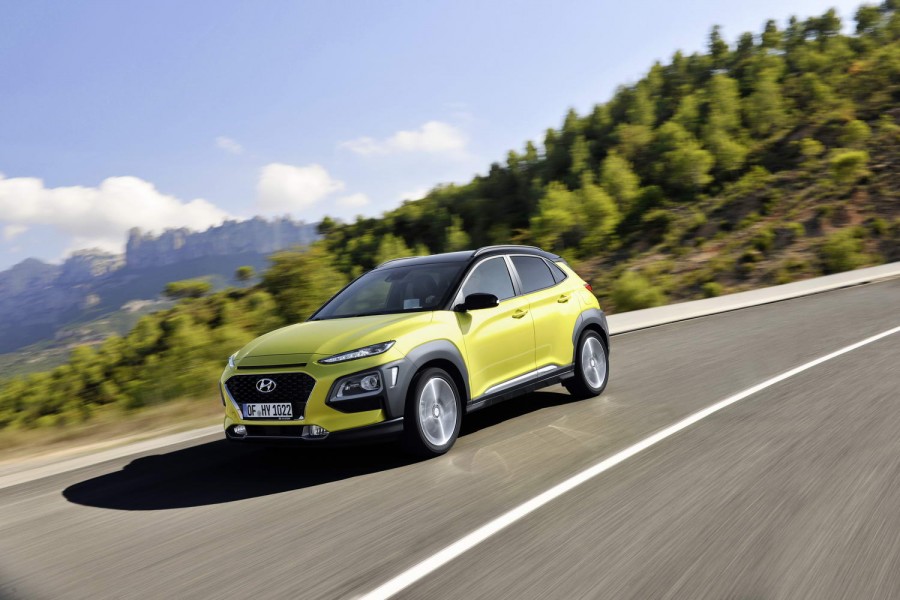 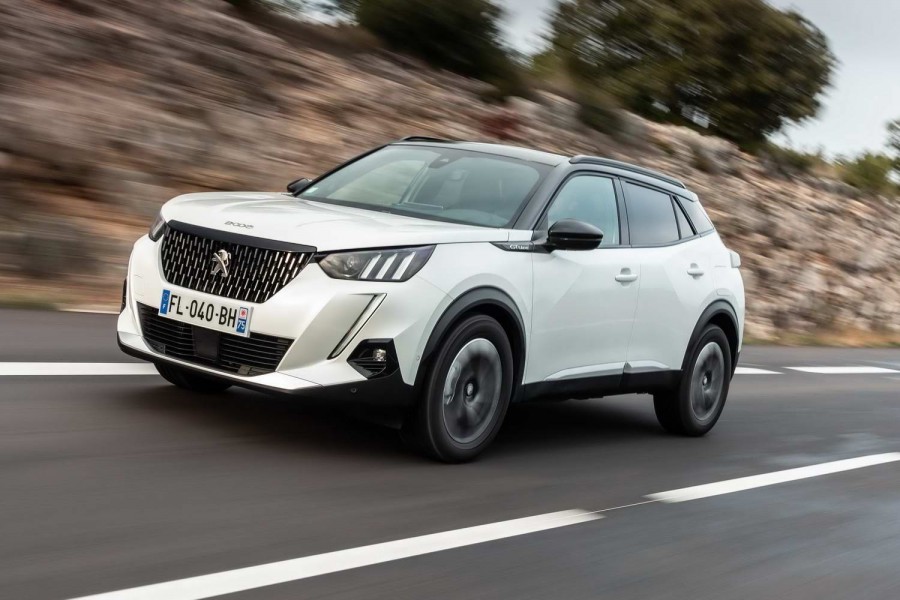 SEAT Arona 1.0 TSI petrol review
SEAT Arona vs. Ford Puma 1.0 petrol ST-Line X (2020): SEAT's small SUV majors on space and quality, but while it's good to drive, the Puma's in another ballpark.