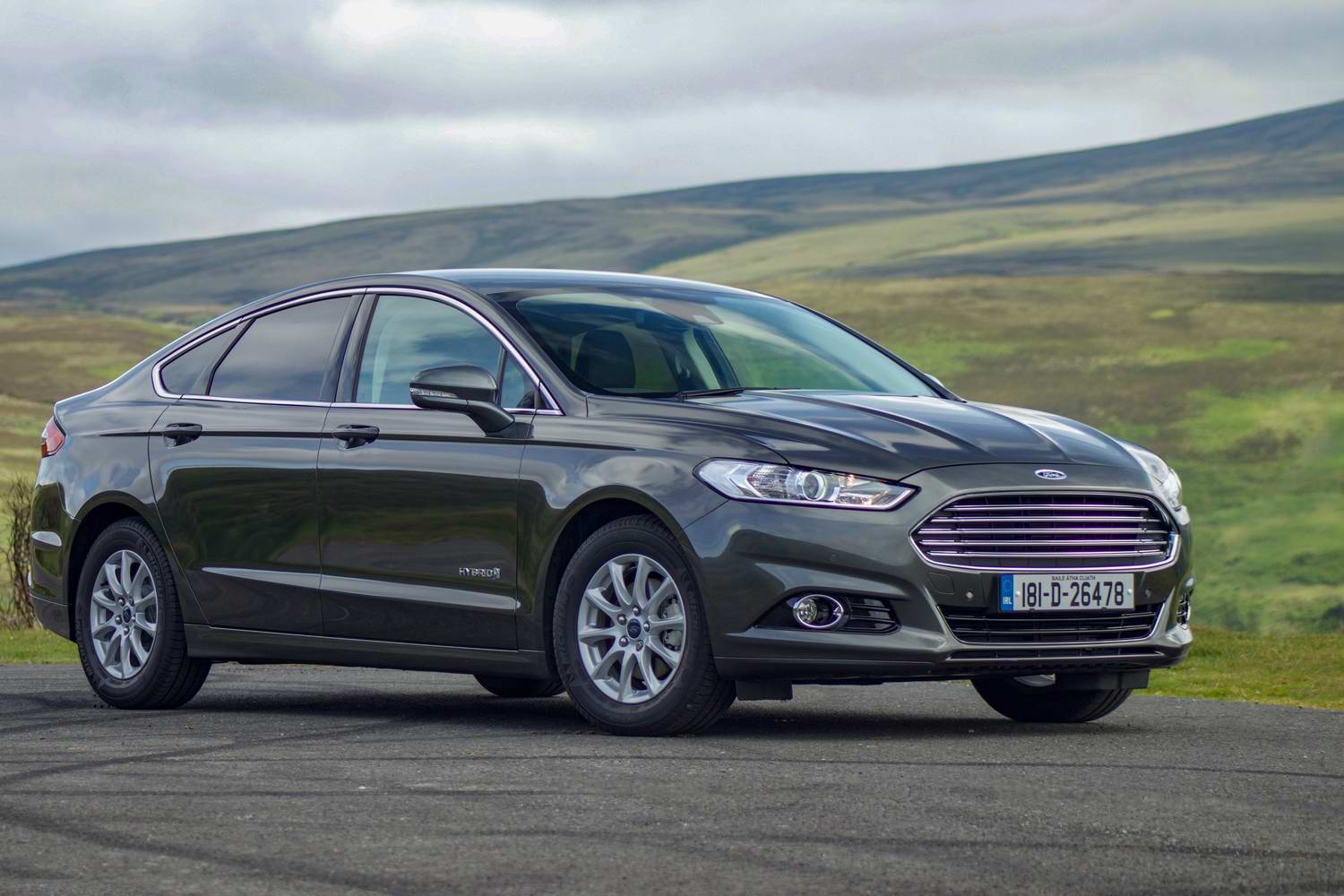 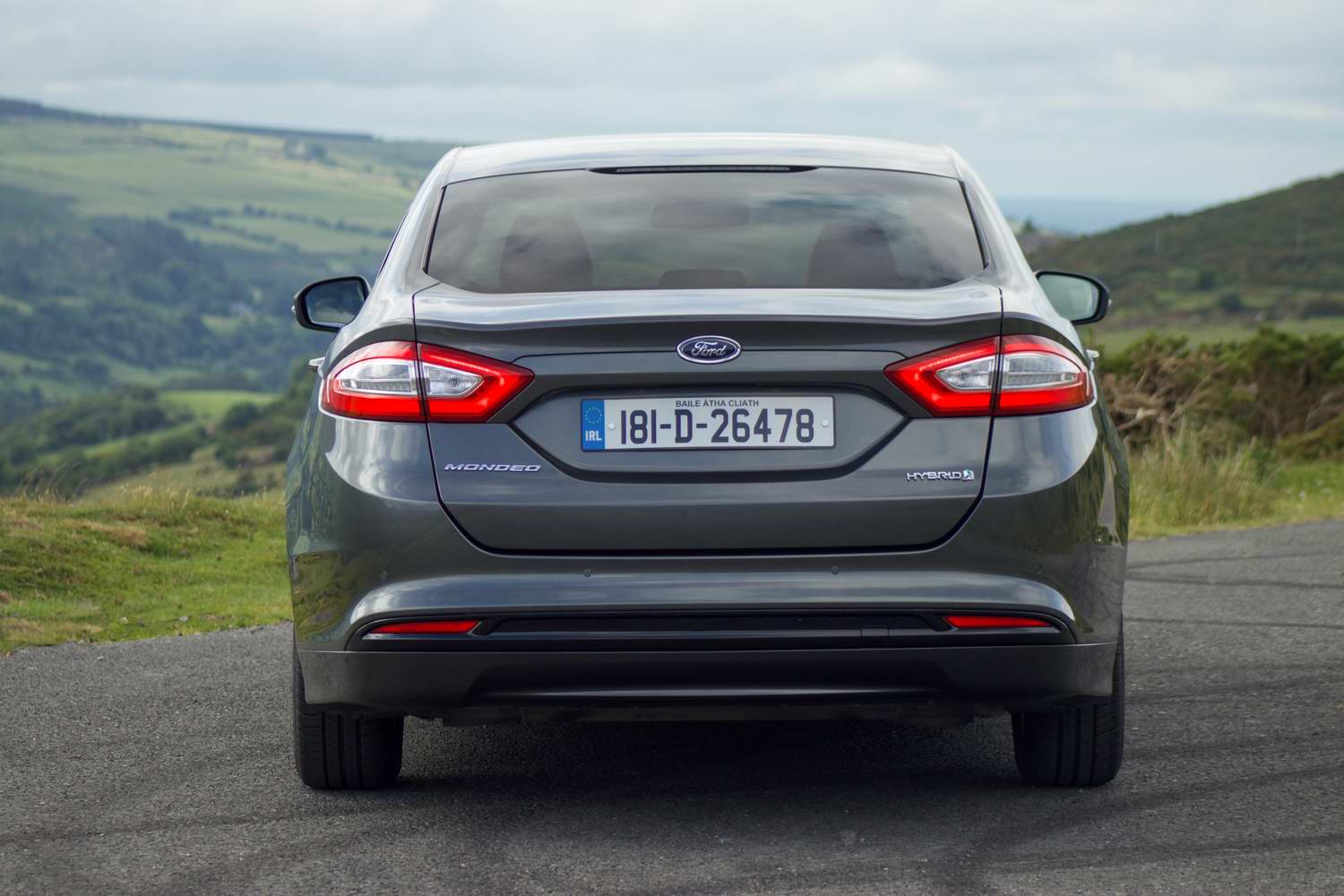 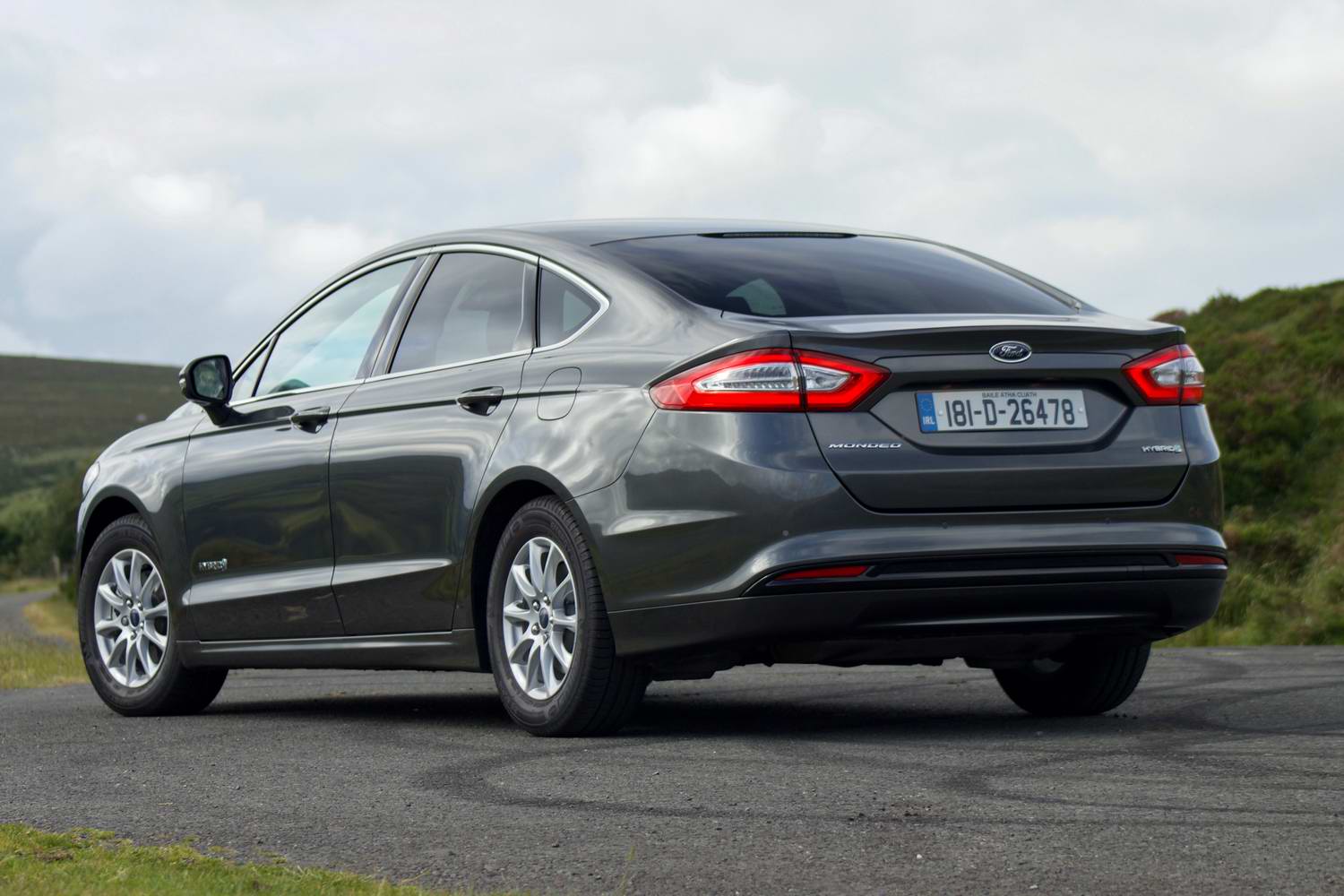 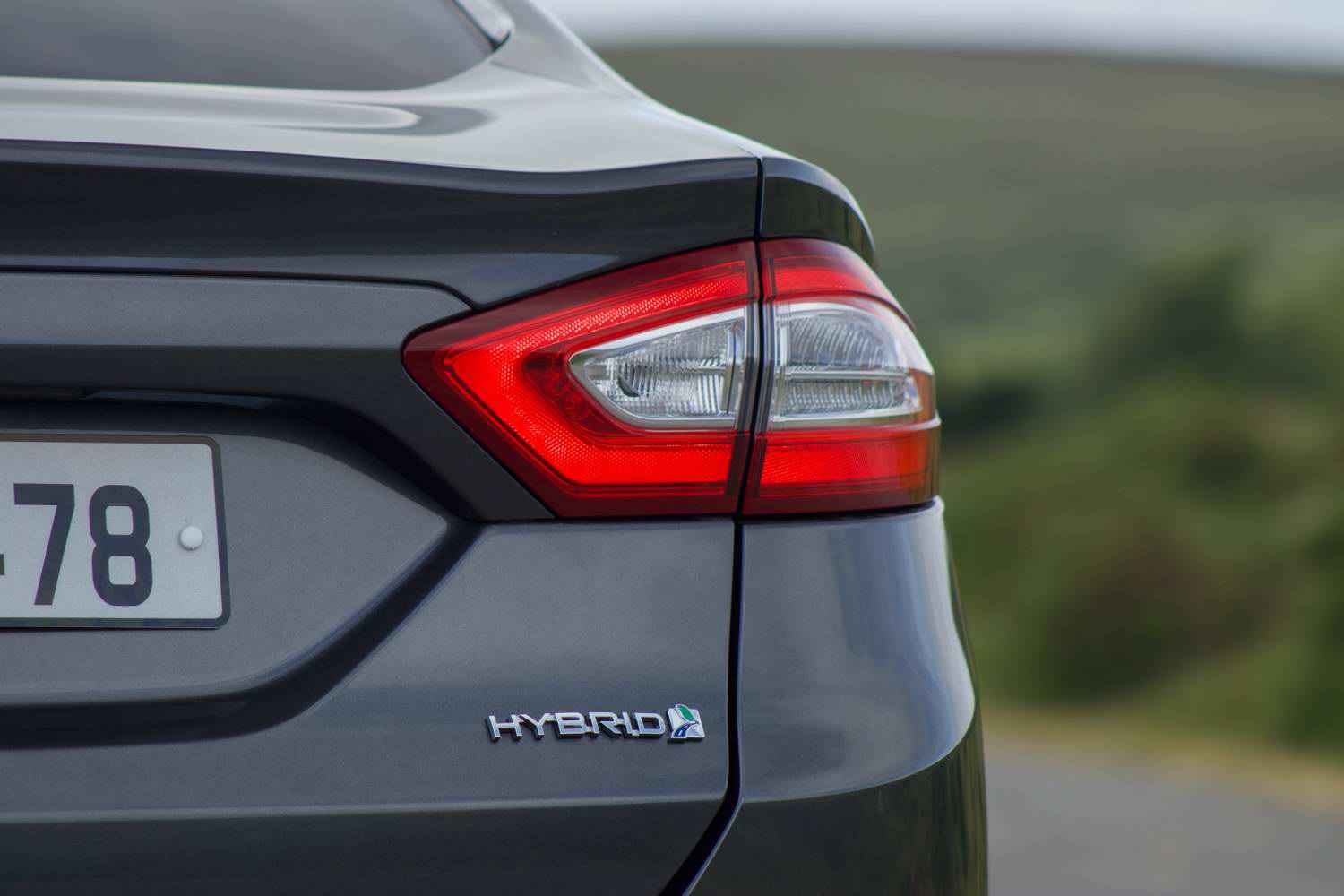 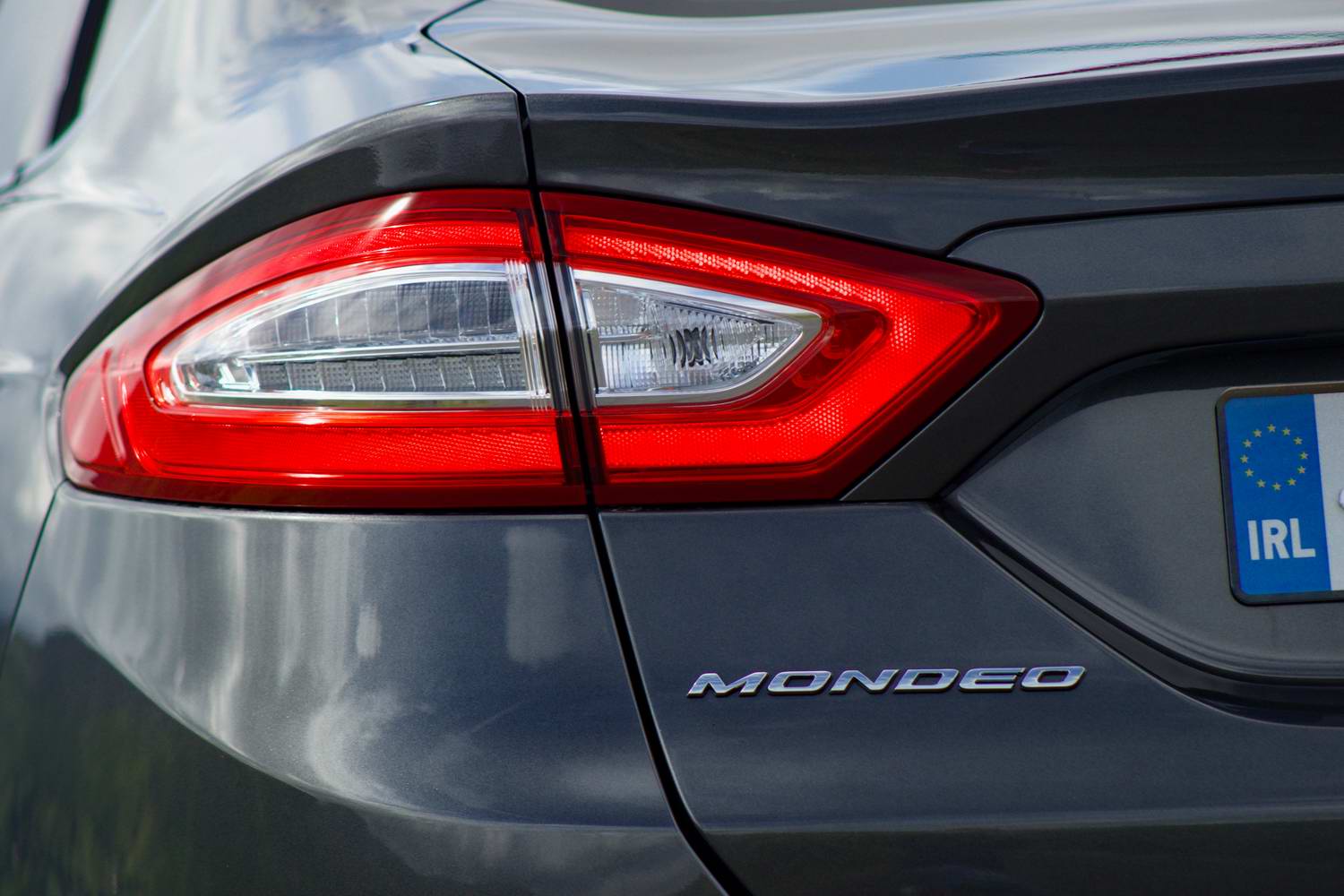 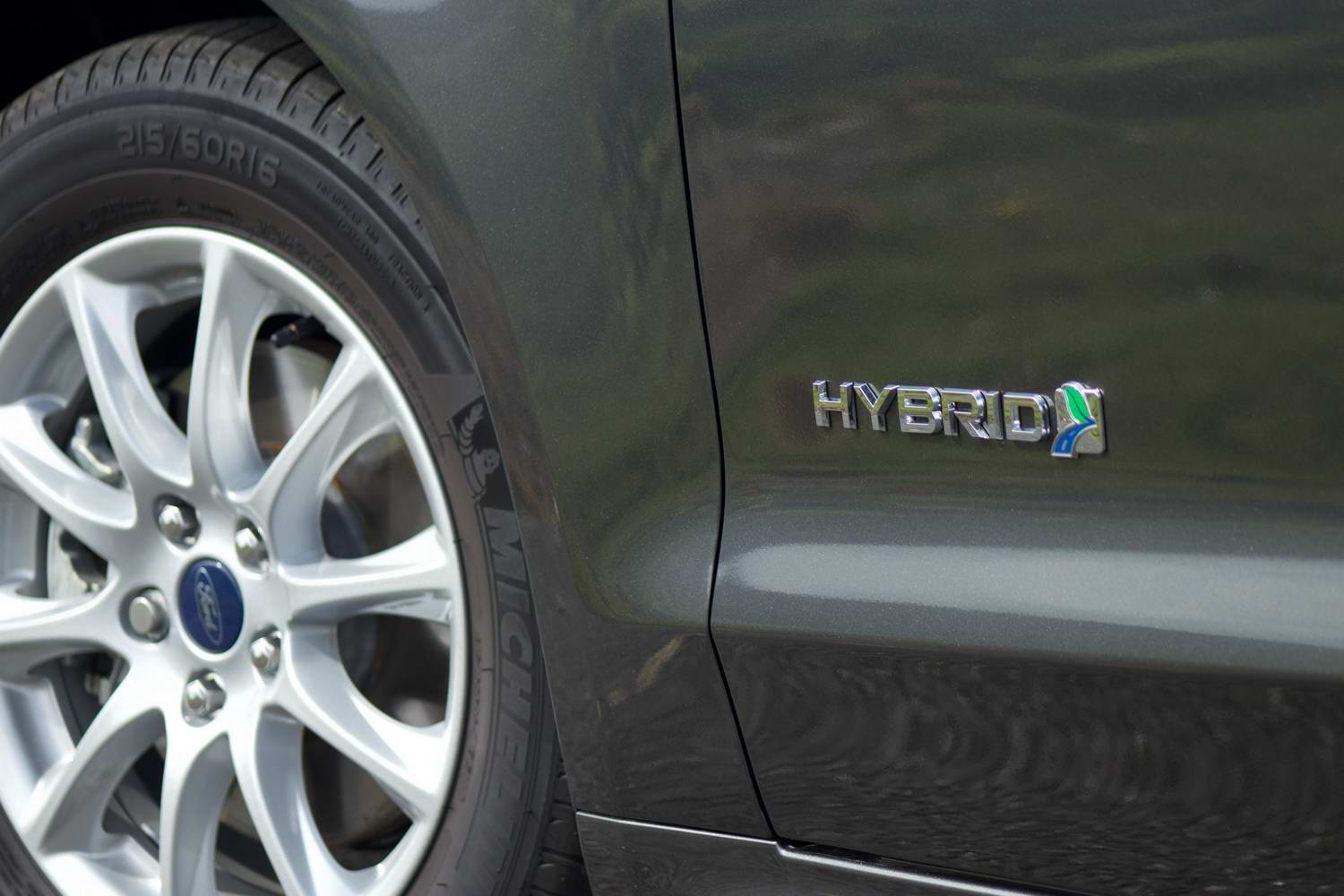 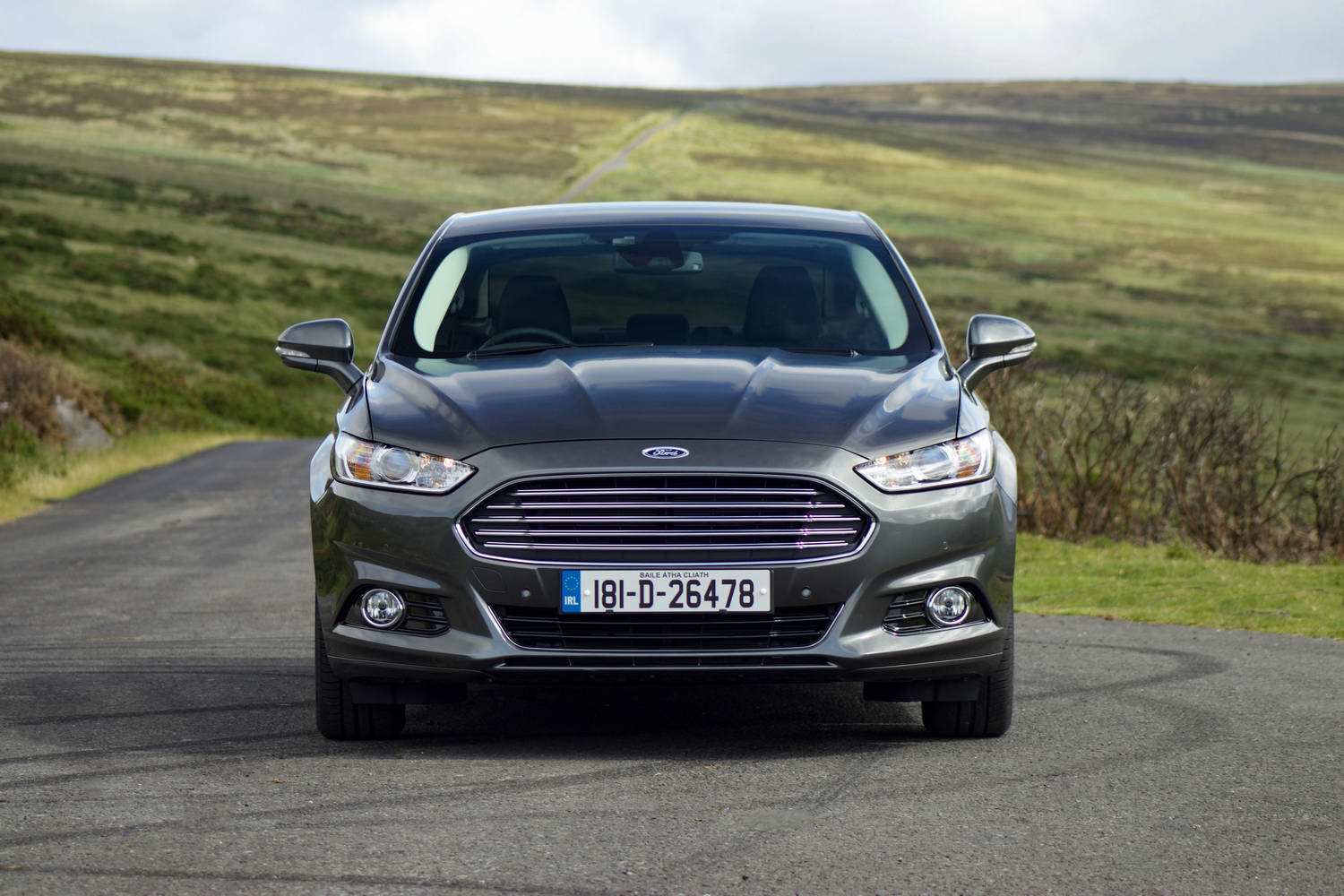 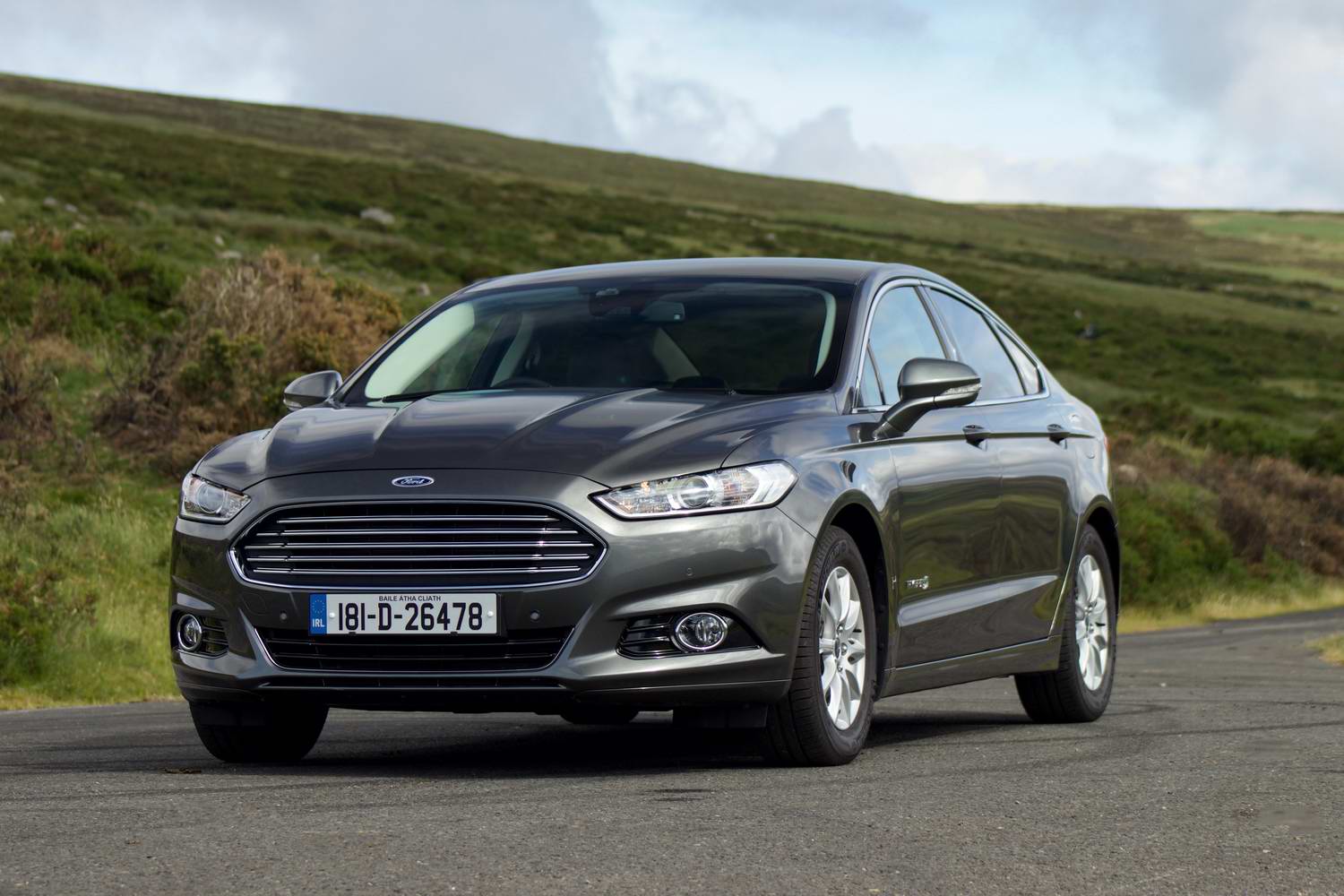 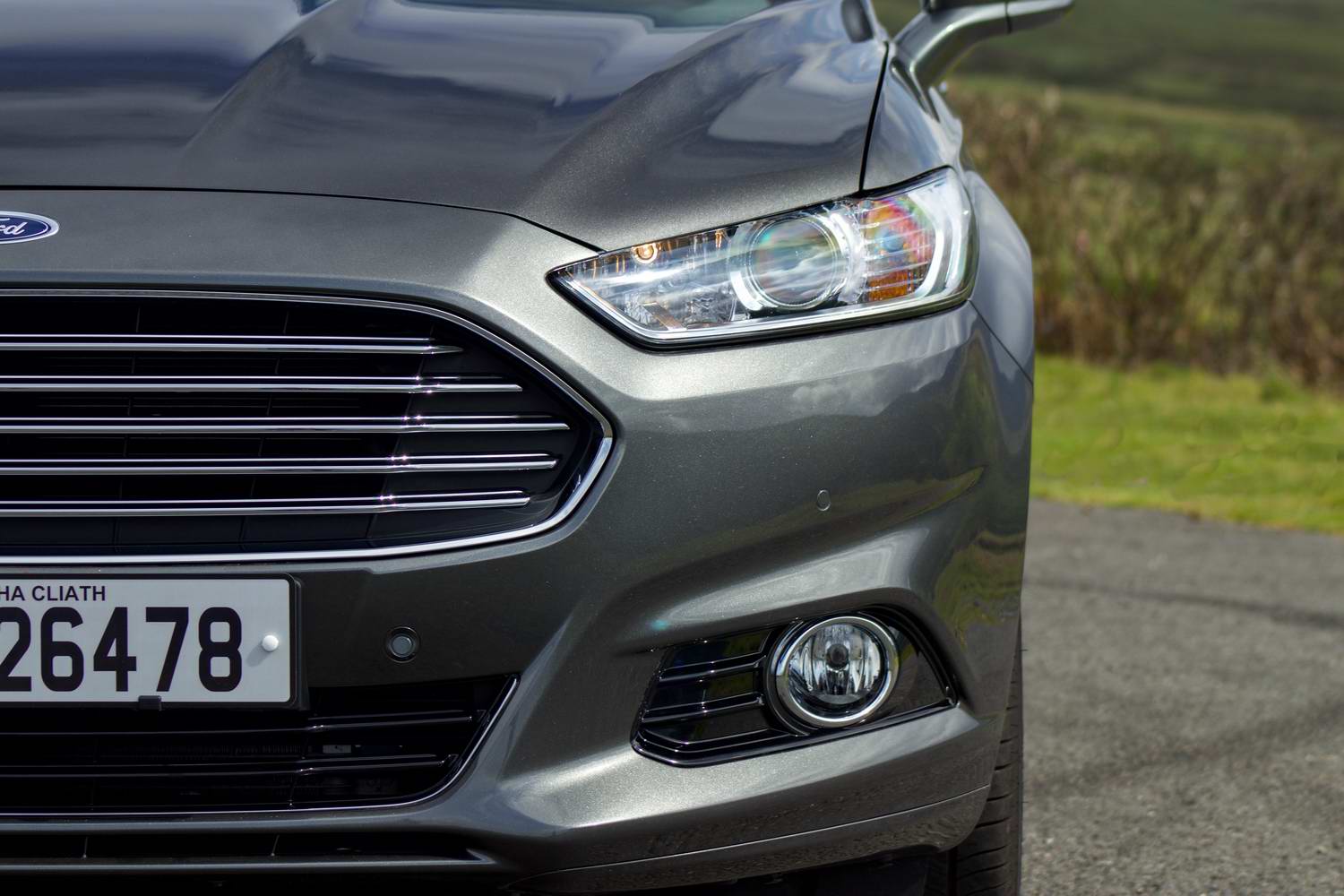 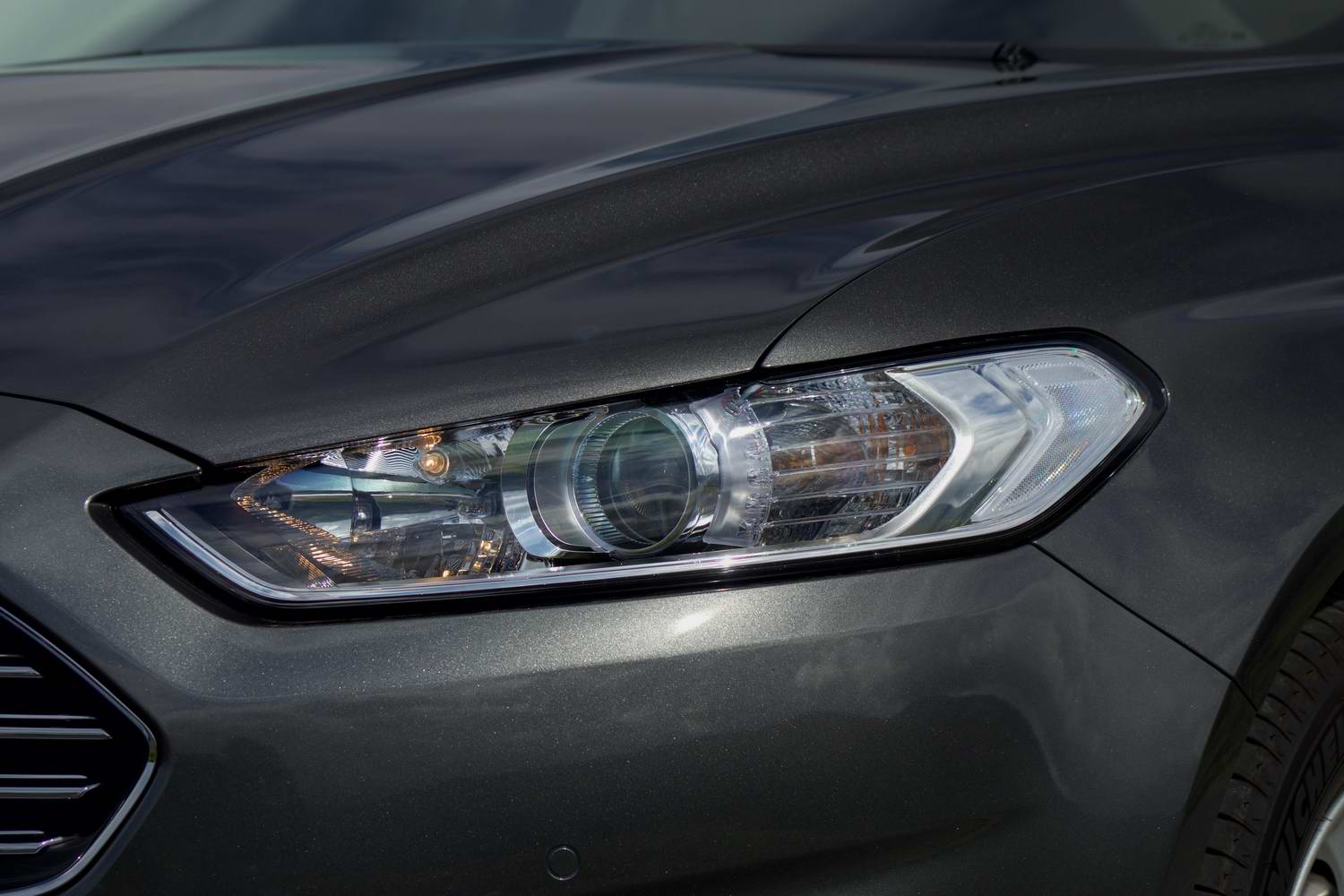 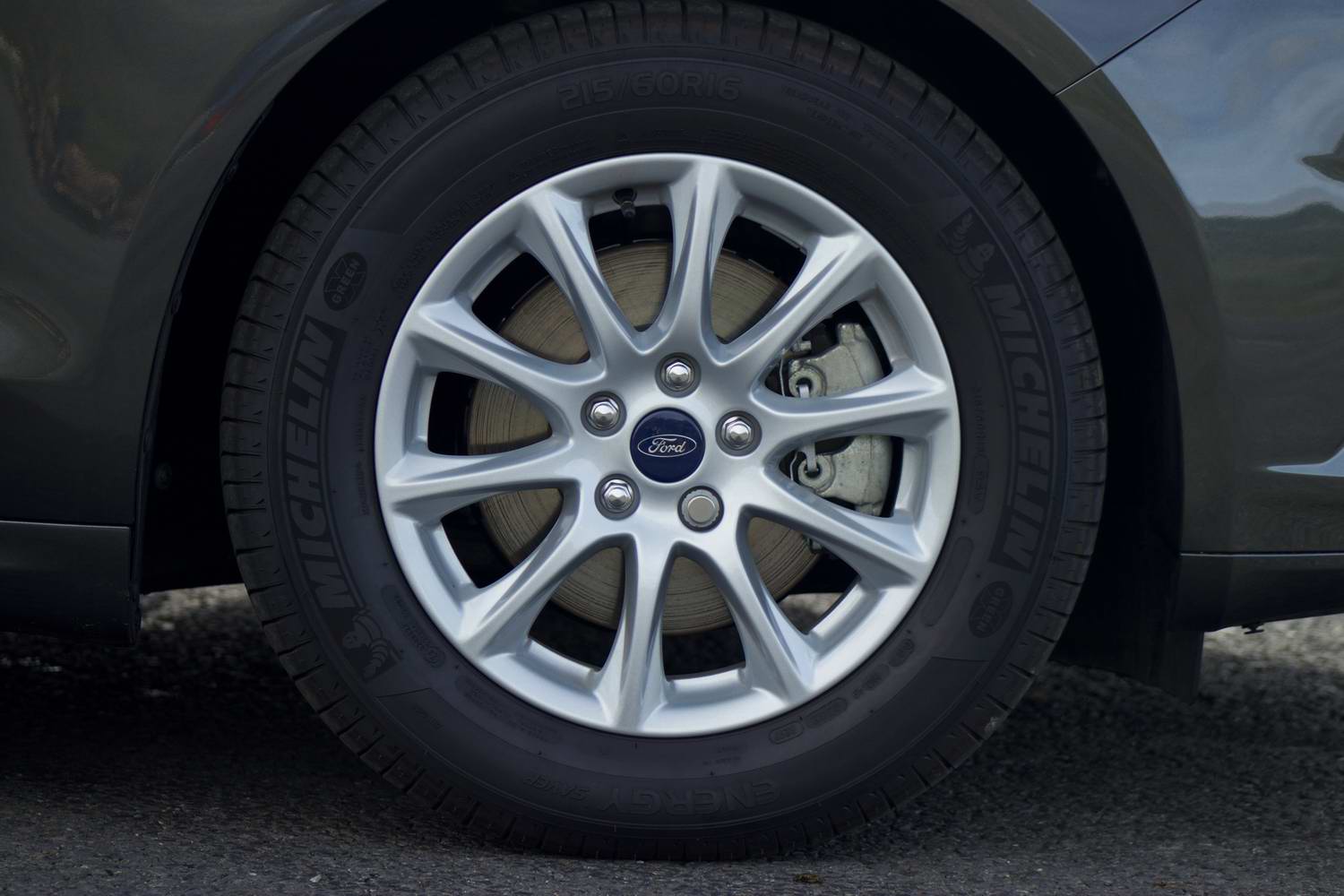 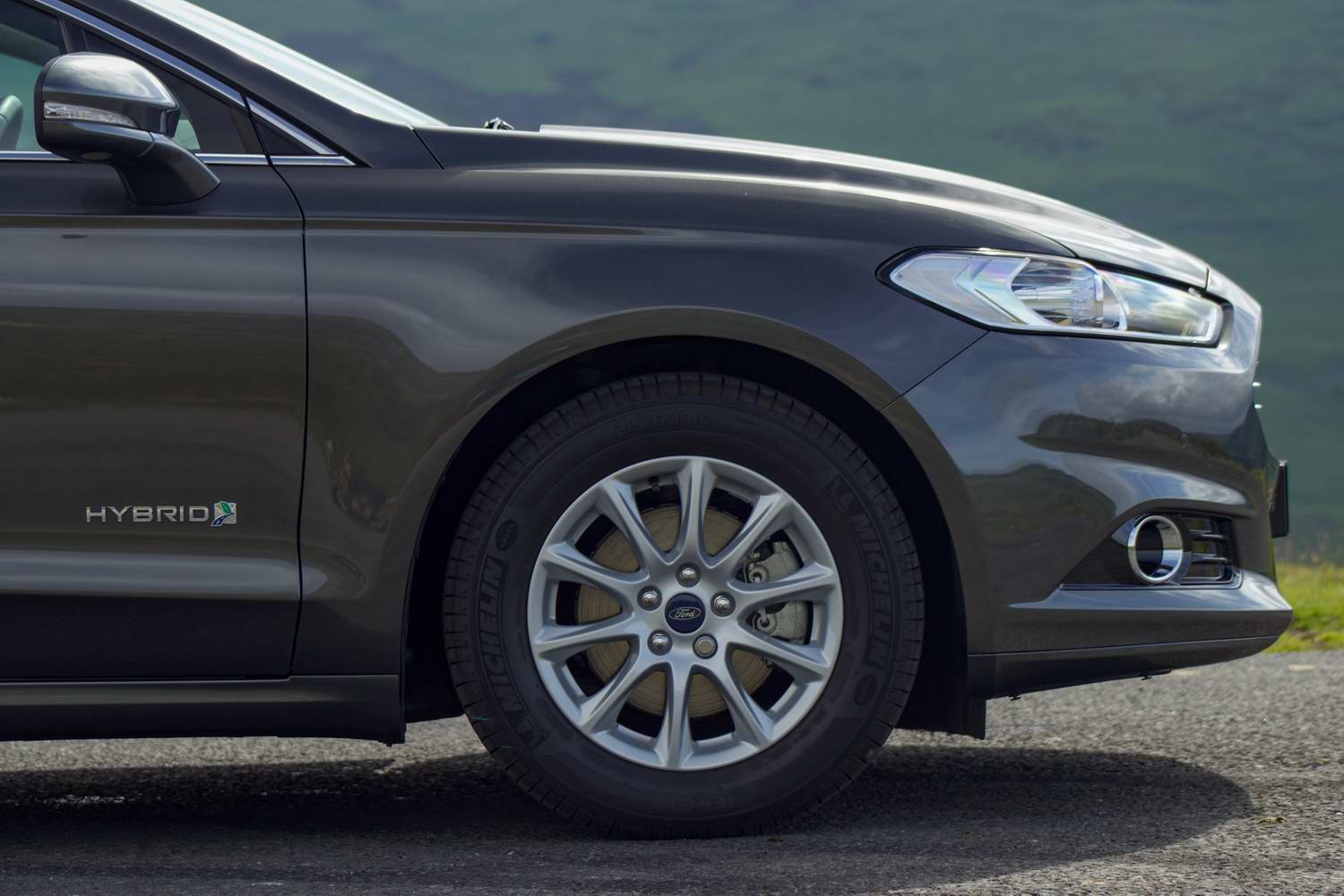 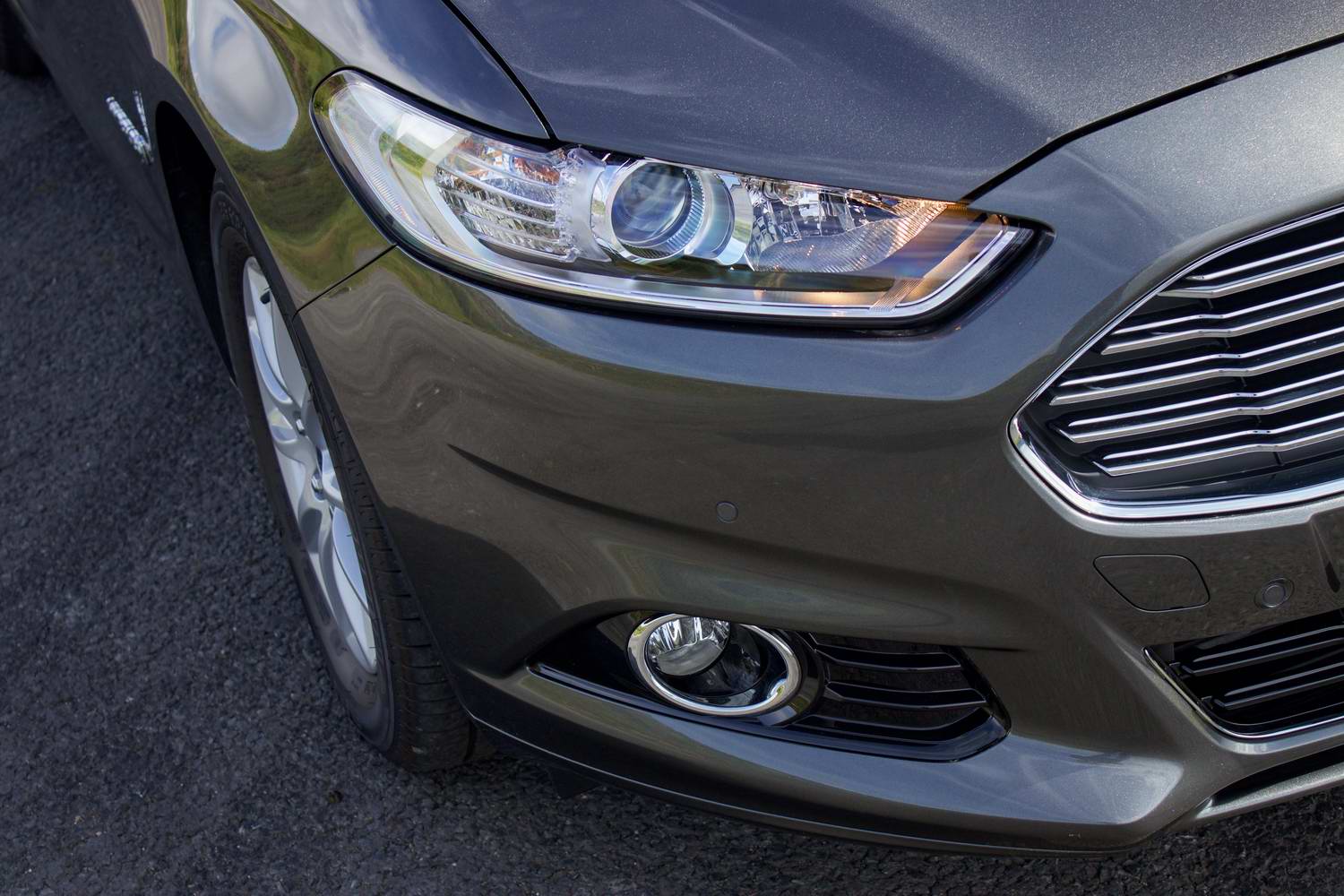 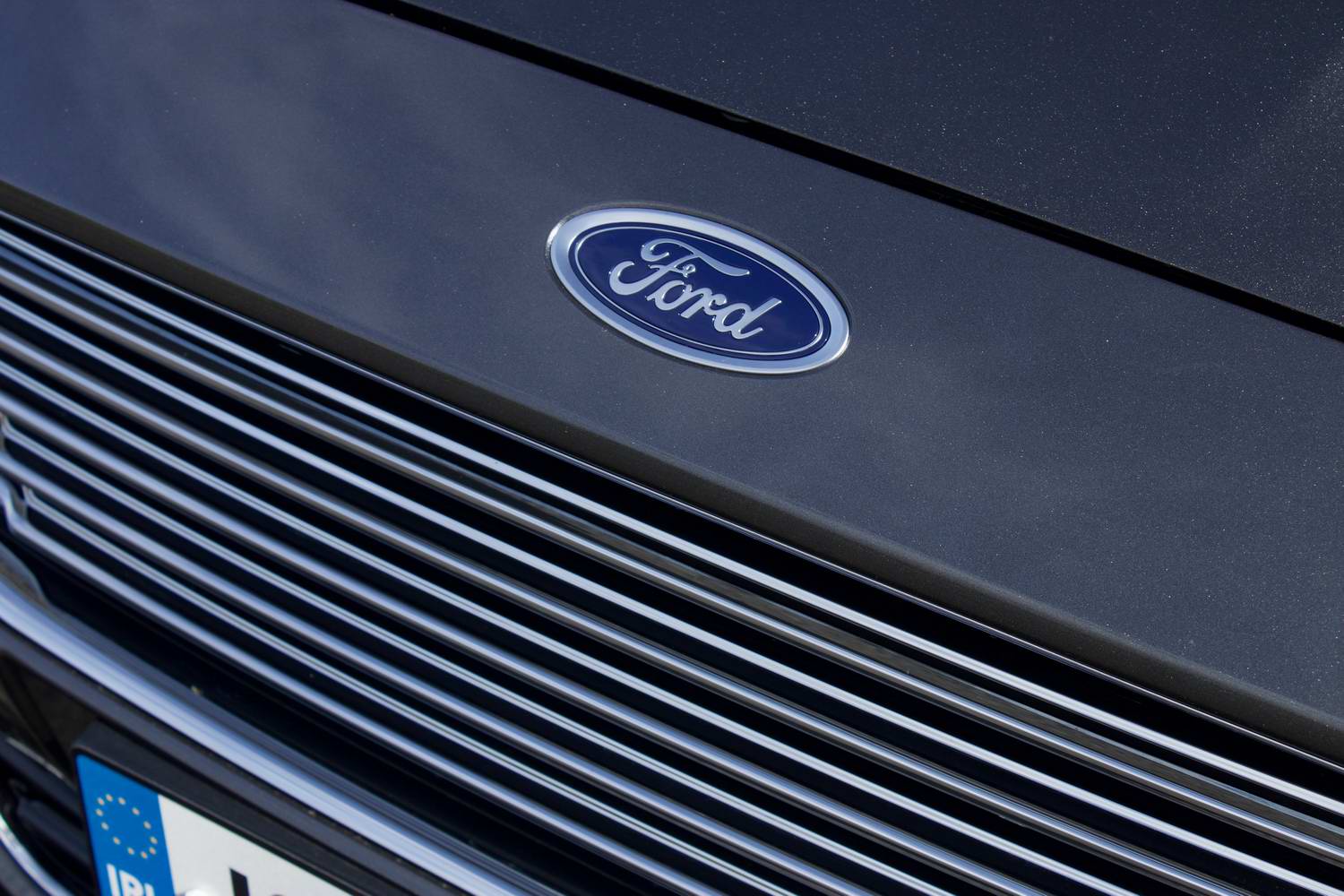 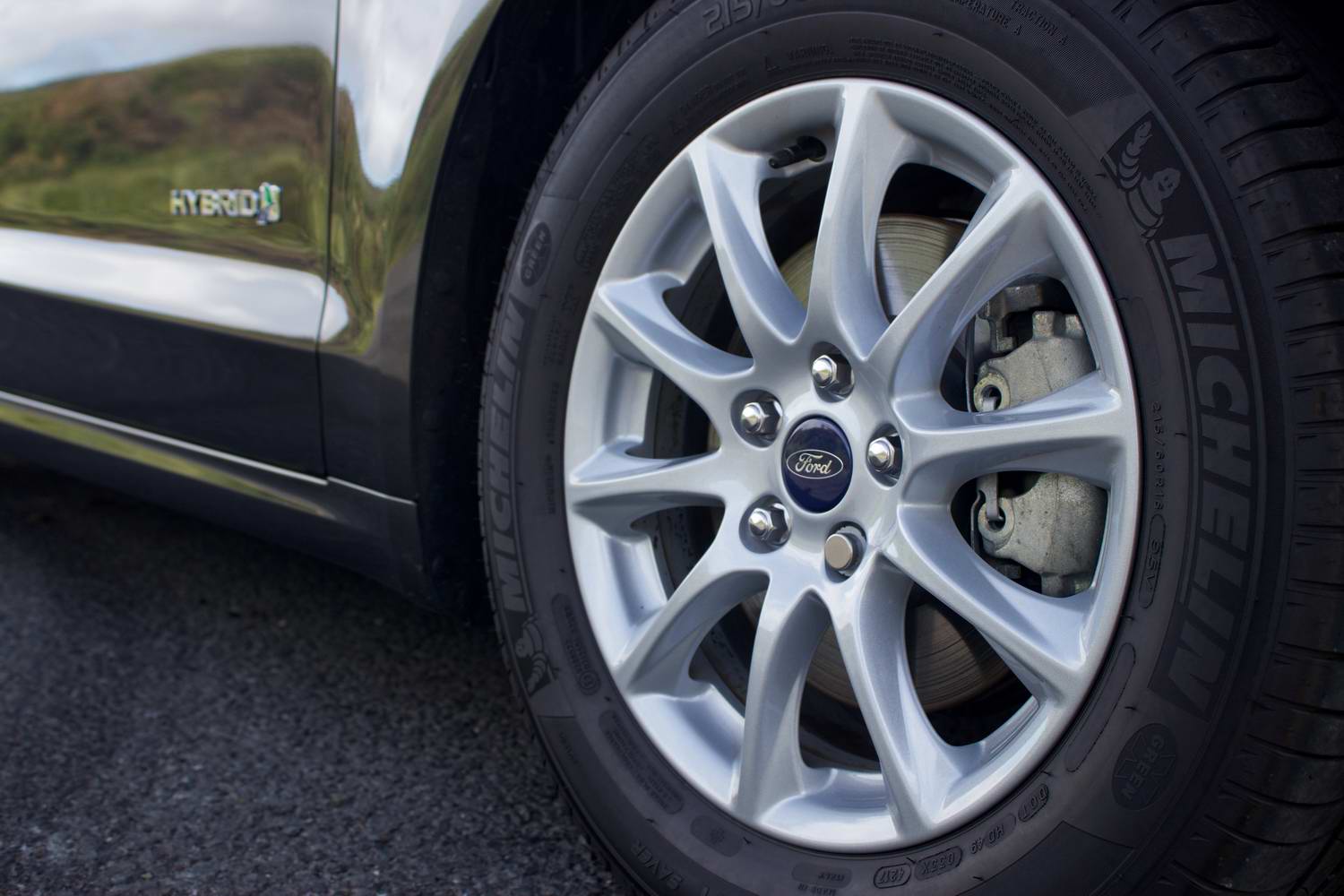 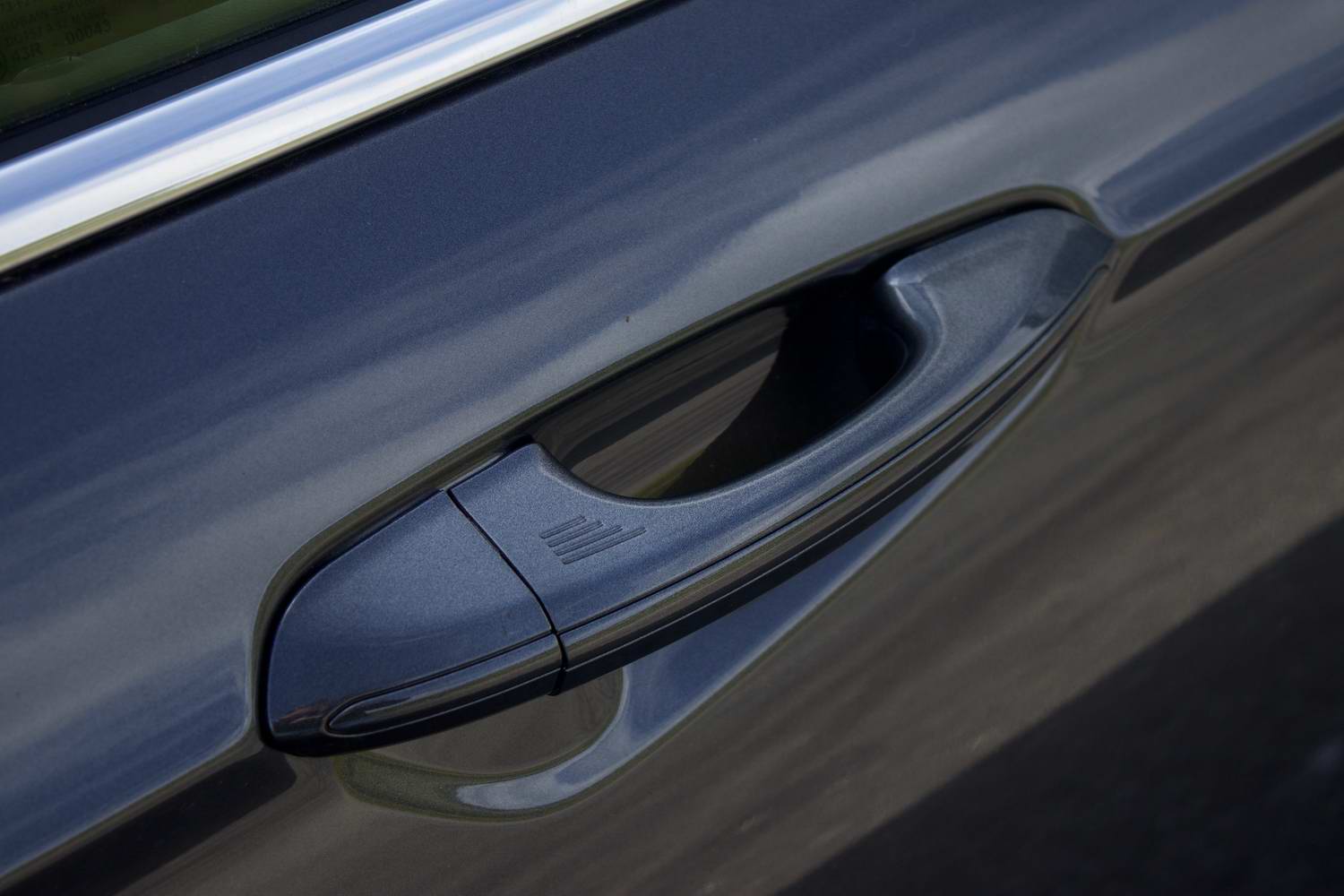 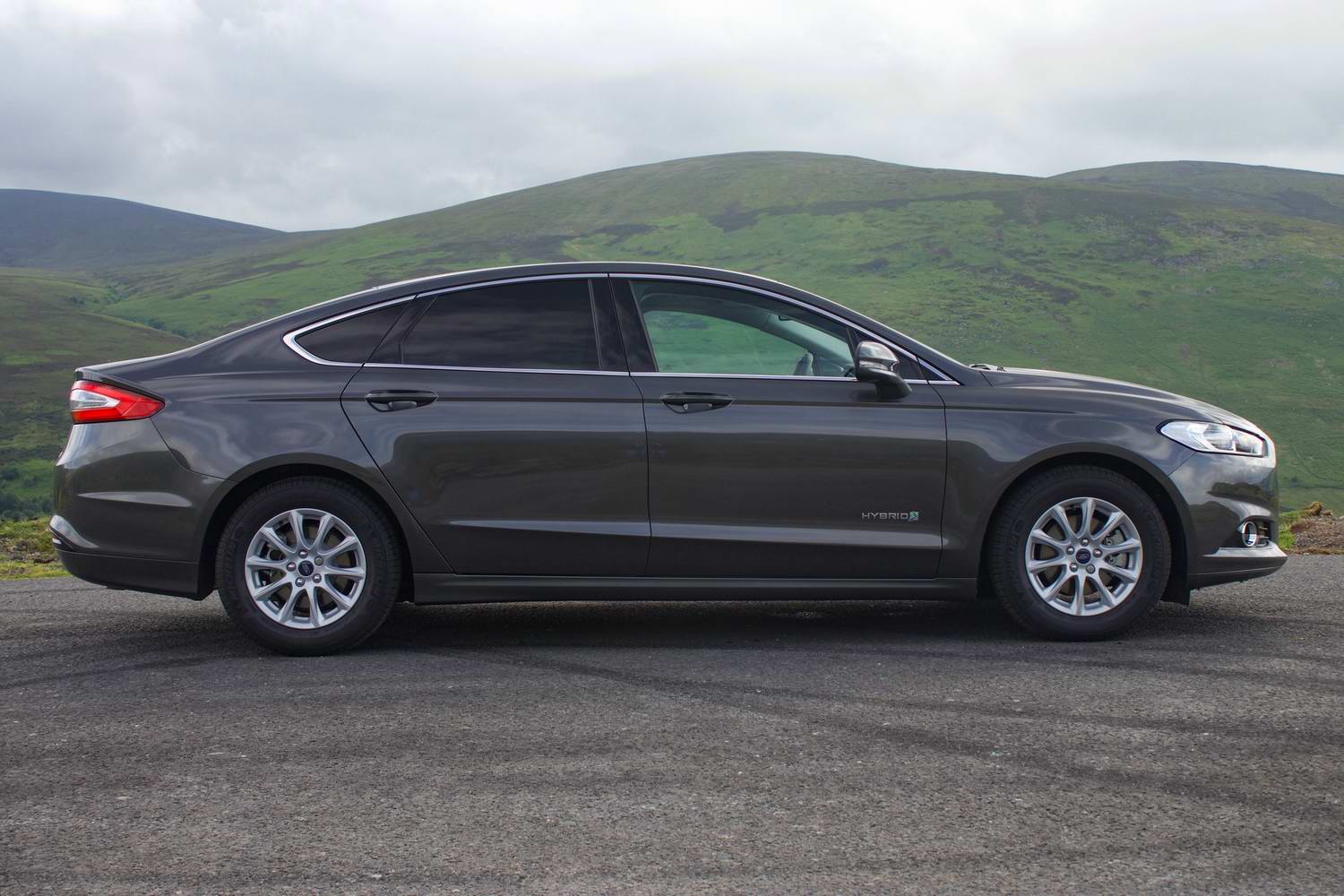 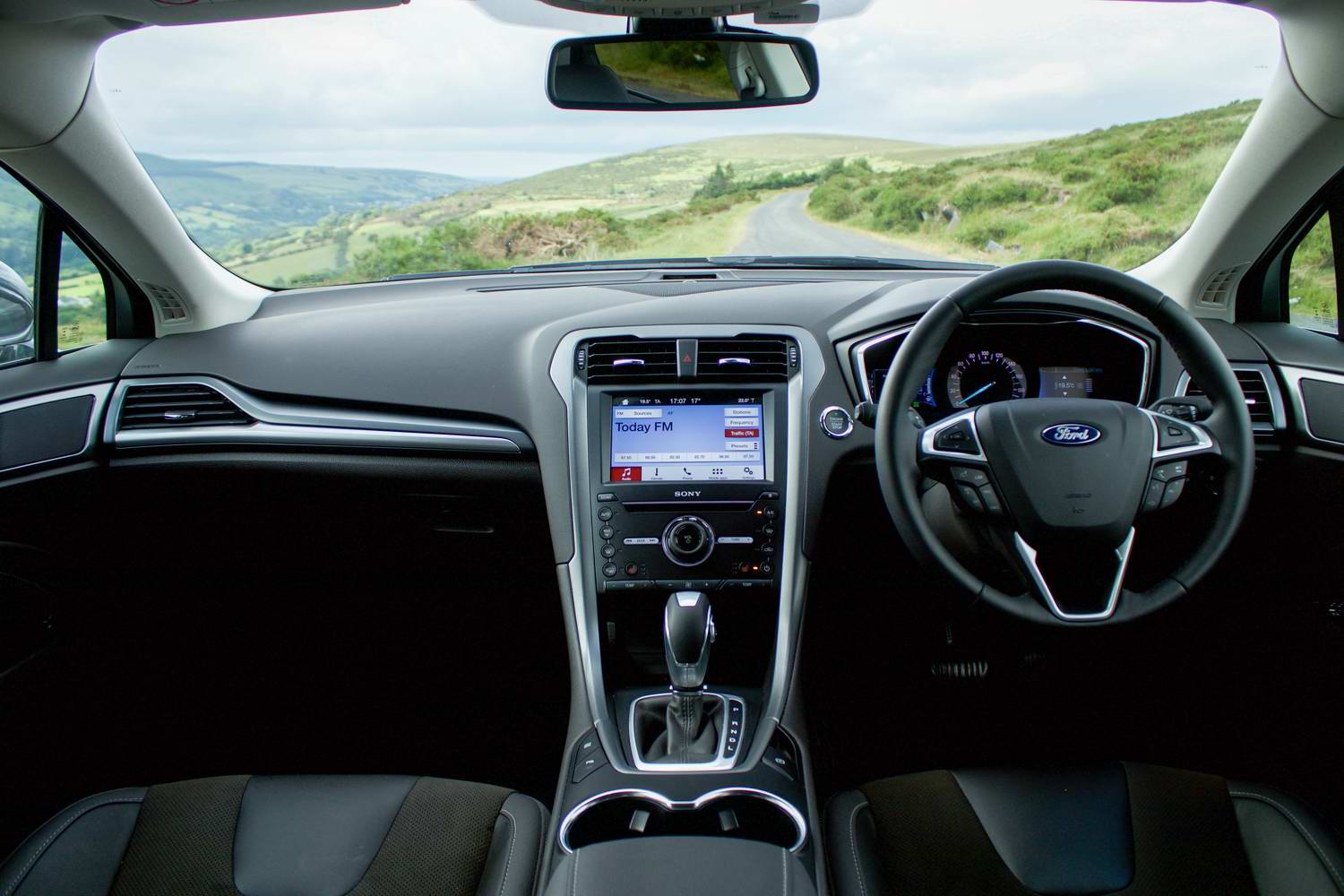 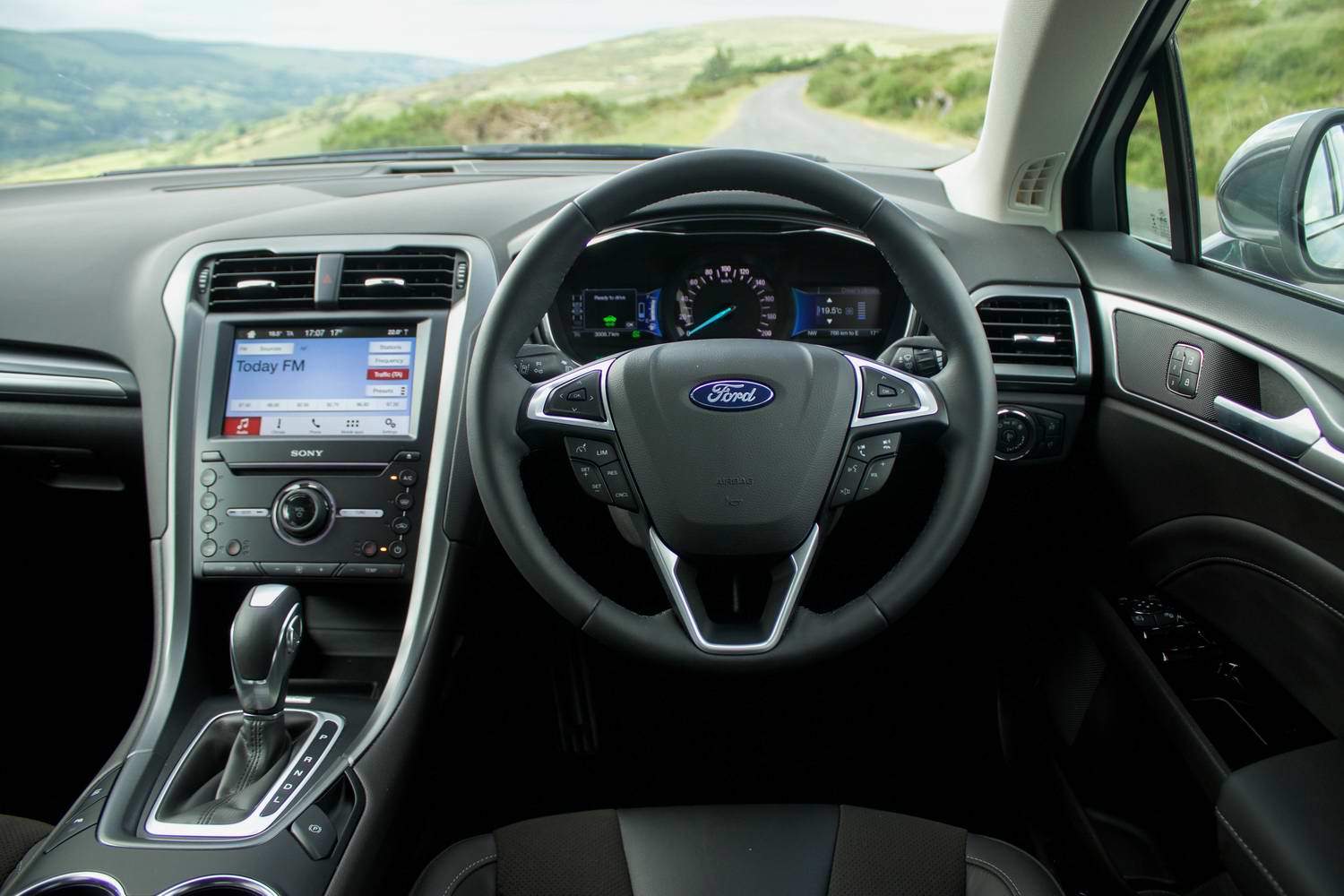 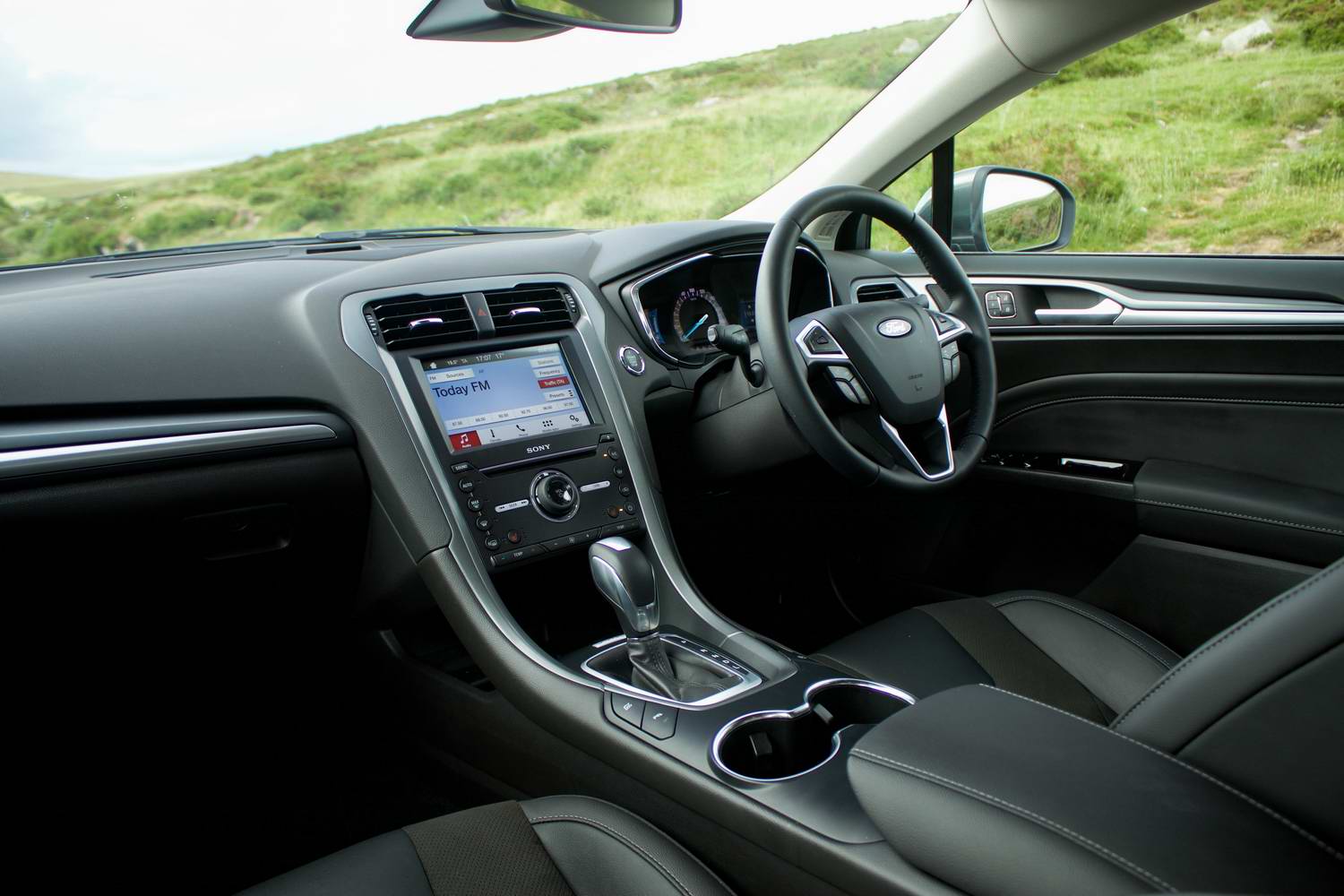 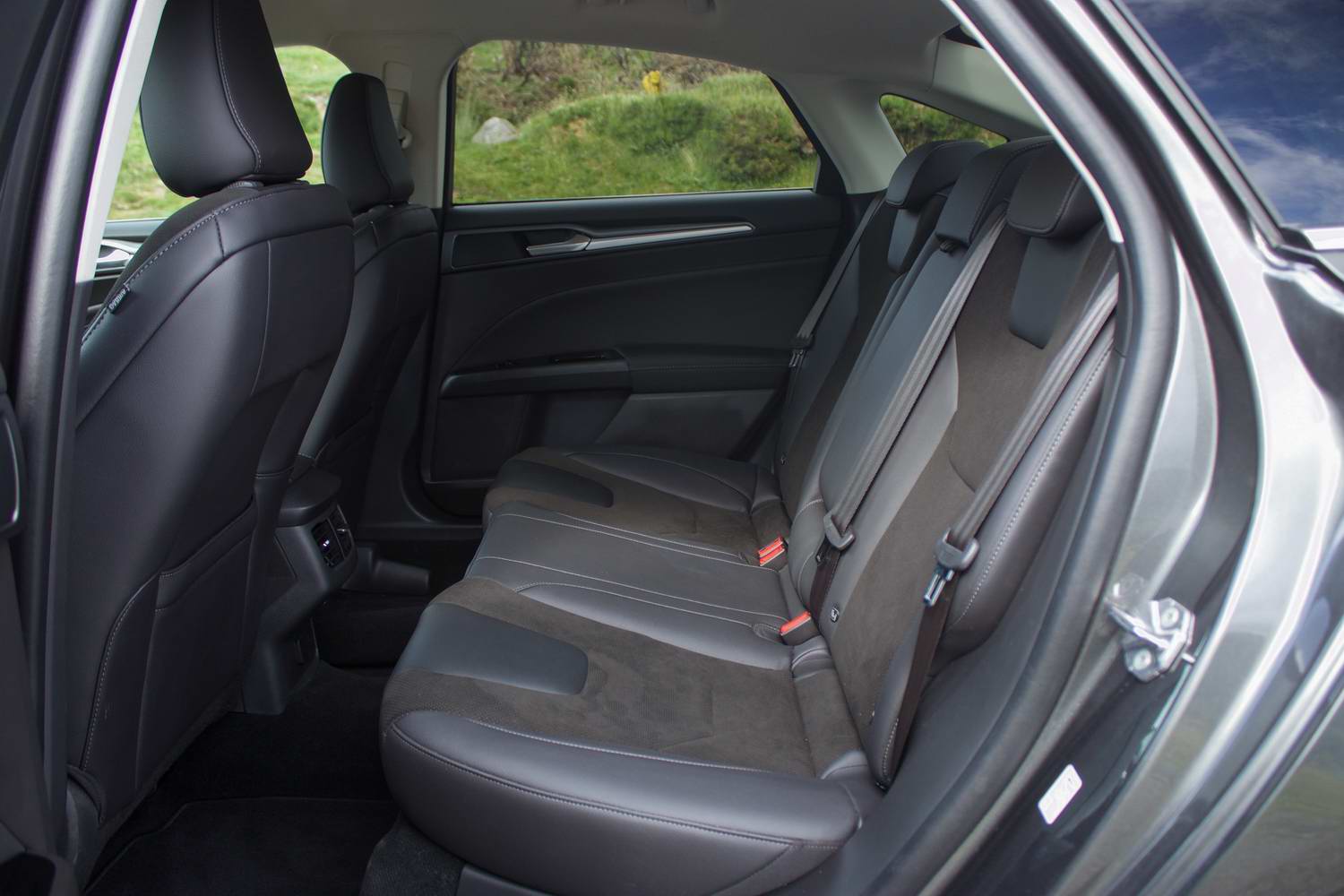 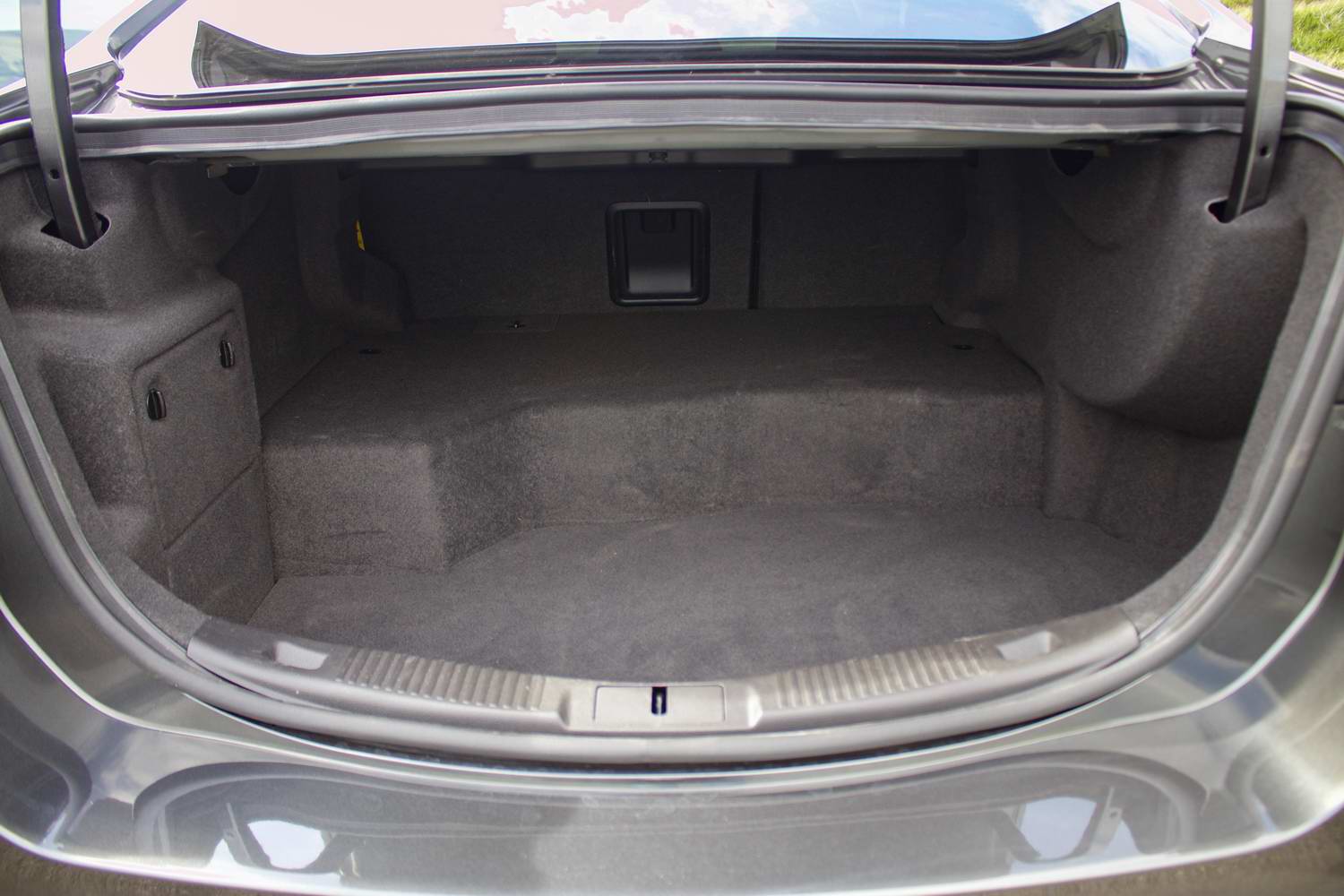 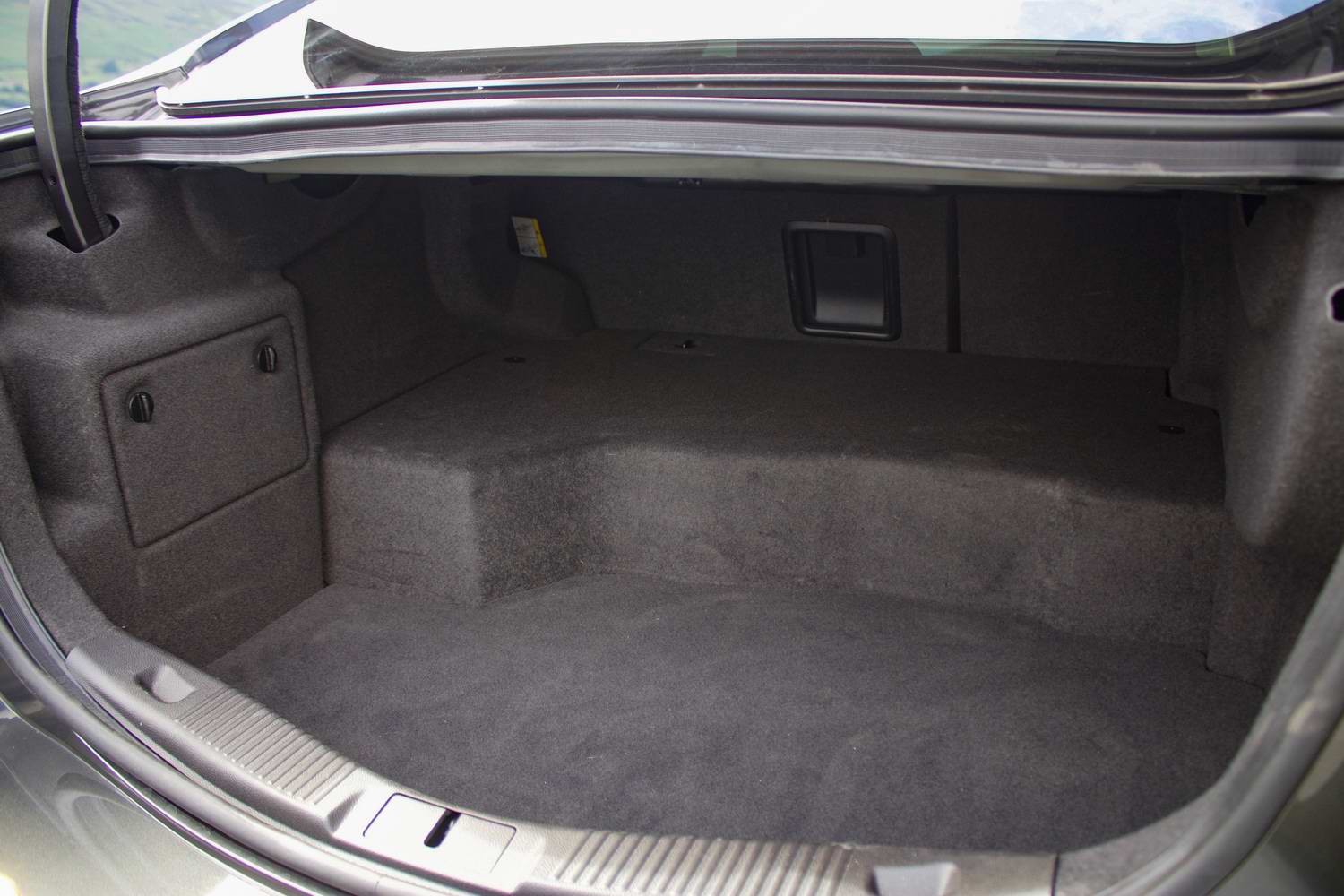 Can a hybrid powertrain revive the fortunes of the once-mighty Ford Mondeo?

While we're all clearly on the road to an electric driving future, many of us are not quite yet ready to make the leap to a vehicle powered only by batteries. There are those of us (that's my hand up) who live in terraced houses, or other accommodation that can't easily be fitted with a charging point, which rather rules out the idea of a plug-in hybrid too. So conventional hybrids (those that Toyota calls, somewhat controversially, 'self-charging' hybrids) still have a role to play, not least because they're a relatively easy first step on the electric ladder for those of us feeling a bit tentative.

So, this Ford Mondeo HEV (Hybrid Electric Vehicle) is possibly a good choice for those tentative types, for not only is it a simple, non-plug-in-hybrid, but it's about the most conventional looking car around. Actually, it's a very handsome car, with more than a hint of the Mustang coupe in the way the grille and lights are arranged, and a pleasantly American mien to its styling.

That American look is more than skin-deep, too. The Mondeos that we buy here are built in a factory in Spain, but the car was originally designed and engineered as the US-market Ford Fusion, and the battery pack and electric motor are made in Detroit. It's also a lithium-ion battery (with a capacity of 1.4kWh) that puts it, sort of, technically ahead of the Toyota Prius, Camry and Corolla in terms of its battery technology (the Prius relies on an older-style nickel battery, but Toyota says that it can get the same performance with greater reliability than a lithium battery, so go figure).

That battery, and its 88kW electric motor, work in tandem with the Mondeo's 2.0-litre petrol engine, which runs on the Atkinson combustion cycle. What's that? Simply a slightly different way of managing the engine's breathing, which leaves the intake valves open for a fraction of a second longer than would be the case for a conventional engine. That's good for fuel economy, but less good for power, so the electric motor helps to boost acceleration when you need it to.

The cabin is unchanged bar some alterations to the part-digital instruments and the central SYNC3 touchscreen to allow you to see how the hybrid system is working, and whether it's drawing power from the battery, the engine, or both. Of course, you can't do very much to change what it's doing, so perhaps the utility of such displays is a little doubtful.

On the outside, you'll only be able to tell the hybrid Mondeo apart from its more 'normal' diesel and petrol brethren by the slightly chunky 'Hybrid' badges on the boot lid and the bottoms of the front doors. Our test car was the most basic hybrid version of the Mondeo - the Titanium spec model (there is a more ritzy Vignale version too), which, among other things, comes with 16-inch alloy wheels, power fold mirrors, that SYNC3 infotainment eight-inch touchscreen, front and rear parking sensors, lane keeping aid, traffic sign recognition, cruise control with speed limiting device, and keyless entry and start all as standard.

The combined system has a total of 187hp, which is more than you get from the more basic Toyota hybrids, and about on a par with the new 2.0-litre system from the Japanese. It's a very refined setup too. Now, as with the Toyota, the Mondeo uses a CVT, which has the habit of holding the engine at peak-power rpm when you're accelerating, which is less than great, but in fairness, there's enough torque on offer that, if you're a little more gentle with the throttle pedal, you'll reach your desired speed without too much racket from the engine.

It's also tremendously refined. Although not a fully electric car, the Mondeo's trick electronics will try and use the battery power available as much as possible, so when you're driving around town, you actually spend a surprising amount of time running on only electrical power. Even when it does kick in, the petrol engine is smooth, so other than when you put your foot right down and ask for maximum acceleration, the overriding experience of driving this Mondeo is of its silence.

The steering is both soothing and sharp, with gorgeous weighting and delicious accuracy. The extra weight of the batteries means that the suspension has been beefed up to cope, so the ride quality is a little firmer than on a standard Mondeo, but this one still flows down the road with delightful precision, and no little sense of fun.

What about the economy, though? Well, it seems good, to be honest. We managed to get an average consumption figure of 5.5 litres per 100km out of the Mondeo HEV in our time with it, which included some long motorway runs, and lots of city mileage. That's easily comparable with the likes of the Toyota hybrids.

Emissions are kept low, too, with a WLTP (the newer, stricter, economy and emissions test) rating of 126g/km, which means that the Mondeo HEV is decently tax-efficient.

There are two major issues with the Mondeo hybrid. First off, it feels very, very slow. Languid. Almost lethargic. Unless you drive it as if some major part of your anatomy is on fire, and rev the nuts off the engine (which is clearly going to impact on your fuel economy), the Mondeo hybrid is a very sedate thing indeed. Good for refinement. Not so good when you want to get a clip on, and the rival Corolla and Camry hybrids feel a good deal livelier in comparison.

Secondly, there's space. While the cabin space (and in general the quality levels) are very good (proper stretching room in the back seats), the addition of the hybrid battery has severely compromised boot space, which falls to a mere 383 litres. That's very poor, considering that plug-in-hybrid rivals from the likes of VW and Skoda can offer you bigger batteries, more electric-only running and much bigger boots. The Toyota Camry's boot is vast by comparison.

The Mondeo HEV feels (and I guess looks) like a bit of an old-fashioned car. In a world where everyone is buying an SUV, a simple family saloon such as this seems to stand out much more, and its comfort and refinement levels are simply off-the-scale good. For anyone wanting to take that tentative first step into the world of electric motoring it seems like a good choice.

It may have been late to the game, but Ford's Mondeo Hybrid is a surprisingly nice car to drive. It's smooth, quiet and even over longer journeys can return fuel consumption figures similar to a diesel car of the same size. Granted, it's not stellar fuel economy, but it's not anything to be sniffed at either.

I'm not a huge fan of the Mondeo itself, which is quite a dated car now, which is why I was surprised to find that the hybrid feels like a decent and decently engineered creation. It's refined so long as you're not in a hurry, comfortable and really good on the road. Go for the estate if you need more boot space, though. 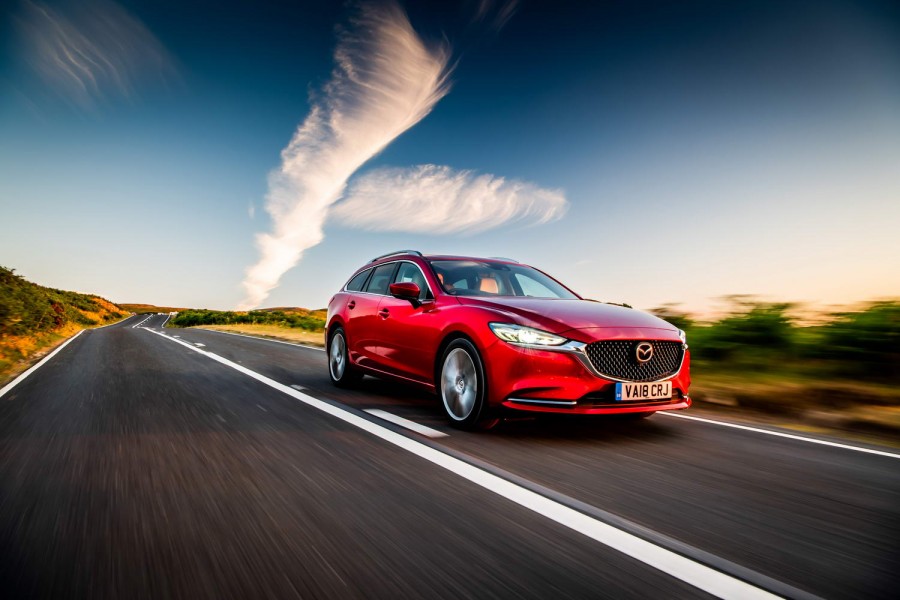 Mazda 6 Tourer review
Mazda6 2.0 SkyActiv-G vs. Ford Mondeo Hybrid saloon (2019): hopelessly pretty Mazda has a terrific interior and a very frugal 2.0-litre petrol engine (albeit it's not a hybrid). Fantastically poised chassis too. 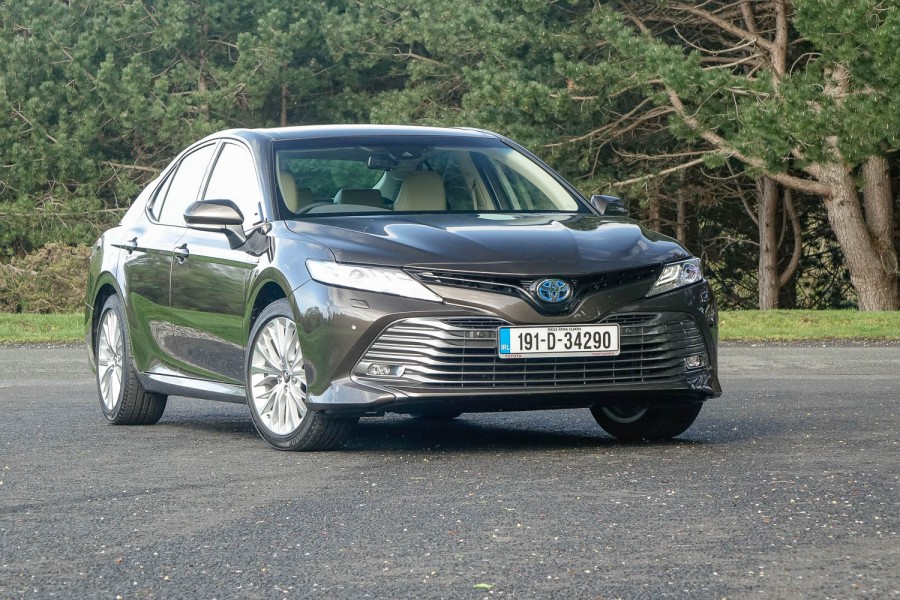 Toyota Camry Hybrid (2019) review
Toyota Camry vs. Ford Mondeo Hybrid saloon (2019): pricier than the Ford, but the Camry is the equivalent of a really good ham sandwich - plain but satisfying. 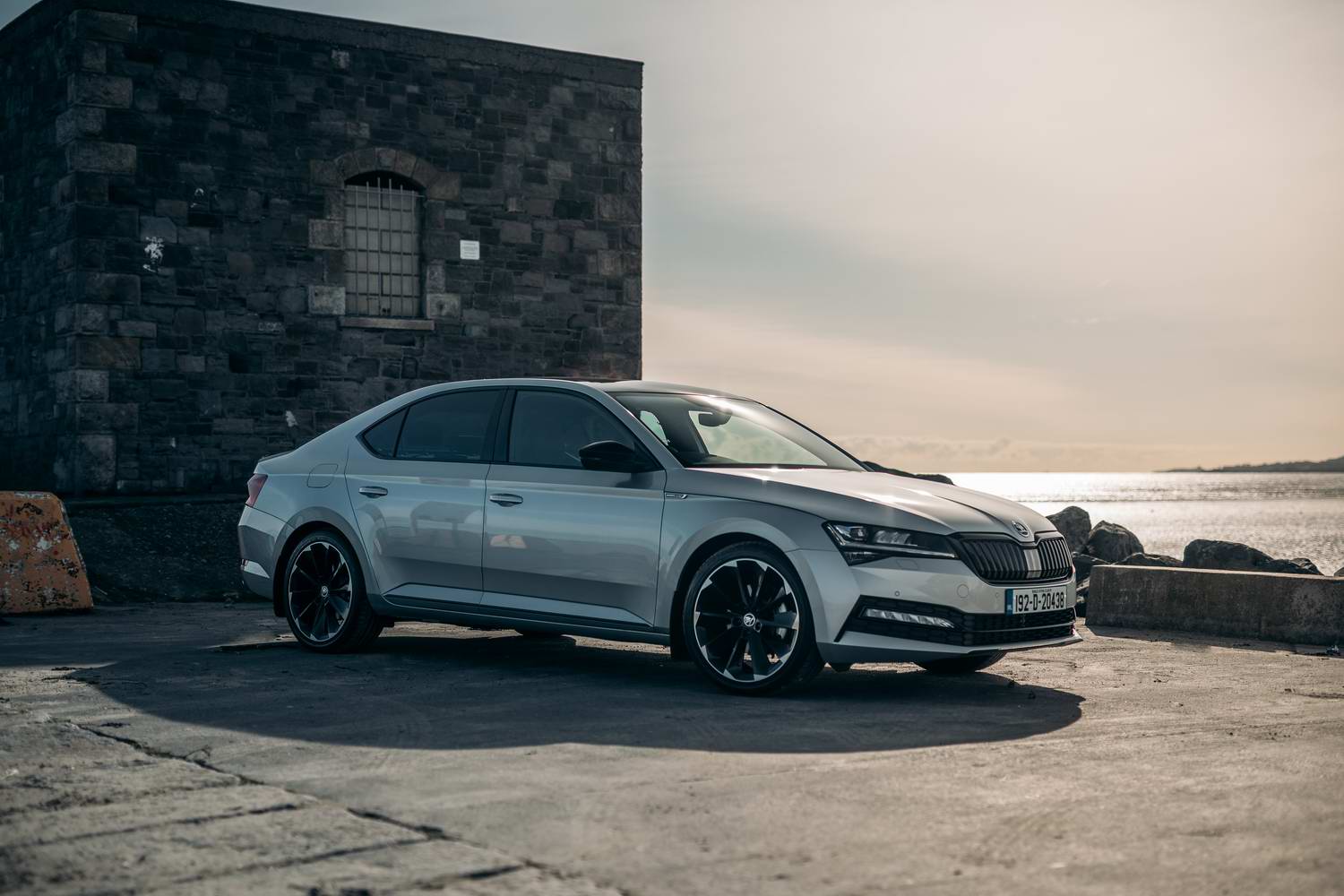 Skoda Superb 1.5 TSI Sportline (2019) review
Skoda Superb 1.5 TSI vs. Ford Mondeo Hybrid saloon (2019): no hybrid here (although there is a more expensive plug-in hybrid Superb), but the Skoda's 1.5 TSI engine is super-frugal anyway. Massive inside, and massively comfy too.