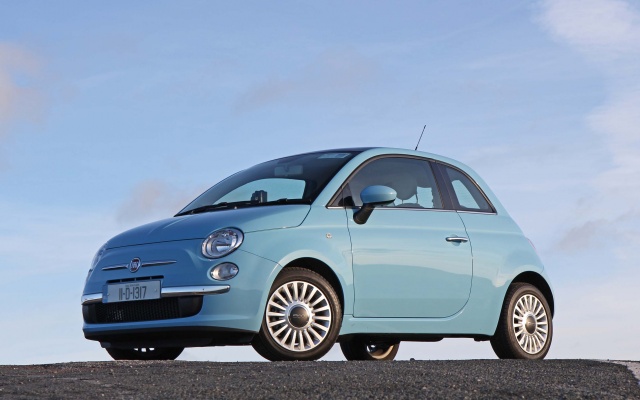 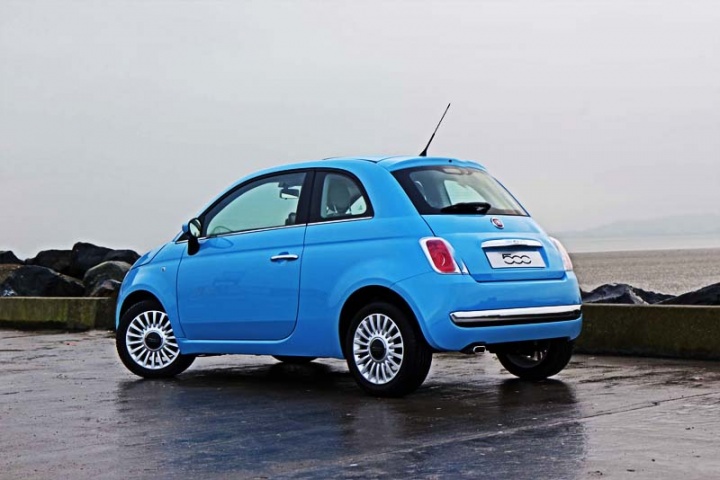 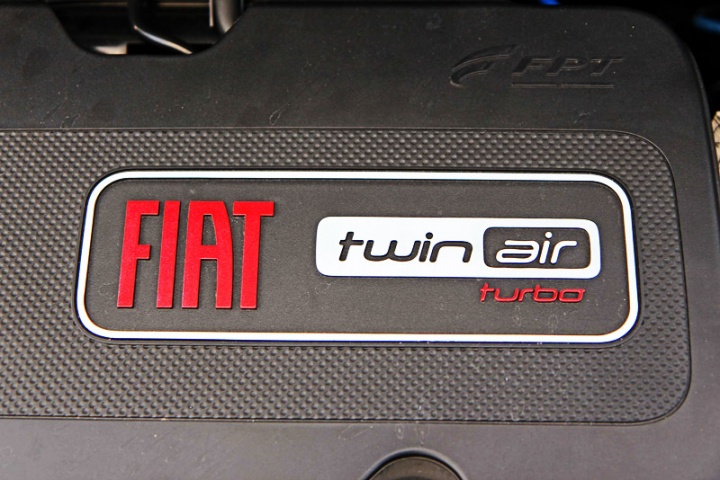 A car with two cylinders? Surely this is madness! It makes perfect sense in the Fiat 500.

It is quite hard to be in a bad mood when you park your arse into a Fiat 500. It is also reasonably hard to look tough. The 500 is one of those cars that is way more unisex when it is parked haphazardly on a street in Turin. No matter how comfortable you are with your sexuality, when you are drivng a baby blue Fiat 500 it is difficult to look menacing.

Everyone will be familiar with the 500's looks these days. Fiat has pulled off retro brilliantly, without being offensive to the car that inspired it. It has aged well since it was launched and unlike some modern takes on previous classics, it doesn't look contrived.

Inside, our test car had bright seat fabrics and a blue dash and certainly would be more suited to a pretty girl who works in PR or fashion, rather than a thickly set Louth man.

Well this is the really clever bit. It might seem like a very odd cost cutting measure to reduce the engine size to just two cylinders, but if you look at Fiat's track record in engine design in both petrol and diesel formats, it is a rather impressive one.

This two-cylinder unit is the cleanest mass produced petrol engine in the world, apparently. It weighs just 85kg, and produces just 95g/km of CO2 (and even less when combined with the Dualogic transmission). Putting out 85hp from such a diminutive power plant is something of a miracle. Compare it to Fiat's own massive selling 1.2-litre petrol engine and it produces 25 per cent more power yet combines this with a 15 per cent reduction in CO2 emissions and fuel consumption.

There is a trade-off for all this technology and that is that it is a little noisy, but depending on your point of view you will either find this irritating or endearing. I fall into the latter group. It is throaty but it settles down on the motorway and to be honest this car feels better when it's a little vocal. It makes it feel proper retro.

The Fiat 500 is a doddle to drive around town, where it is at its best. Its small size and short wheelbase makes it perfect for darting in and out of traffic and wedging it into ridiculously small parking spots. Twinned with this engine it is more than capable of holding its own on longer journeys too. The engine note settles down a lot more at motorway speeds and bumps and poor road surfaces are soaked up by what is a reasonably cosseting ride.

The 500 TwinAir isn't cheap. A TwinAir Lounge model is €16,295 and that makes it €1,350 more expensive than the 1.2 Lounge model. It might be difficult to convince the regular Fiat 500 customer of the merit of spending more on an engine that doesn't really offer them any major benefit.

The diesel 500 came off the Fiat price list for just that same reason. The standard 1.2-litre is down on power compared to the TwinAir, as well as fuel economy, but they both offer Band A emissions and for some that is all that matters these days. But the TwinAir is undoubtedly the better engine and anyone who really wants to recreate the spirit of the original 500 will no doubt choose it.

Fuel consumption is impressive at 4.1 litres/100km and, as we have mentioned, emissions of 95g/km mean that it sits in Band A. Crucially, it is also set up in case a new or revised tax band system is implemented in the future.

In the Lounge model we were driving you get air conditioning, a leather trimmed multi-function steering wheel, 15-inch alloy wheels, ABS with EBD, five airbags and a chrome kit.

This is a very clever piece of engine technology and no doubt something we will see in future Fiats. But until it becomes the cheapest option, then in chastened Ireland it might be a tough sell.