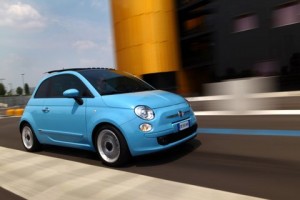 Fiat has removed two cylinders from its 500 and the results are rather surprising. Now boasts emissions of just 95g/km.

Fiat's 500 is a small, cute and rather fun little car and nobody would ever really accuse it of being unkind to the environment. It already comes with a choice of 1.2- and 1.4-litre four-cylinder petrol engines and the smaller of these is in tax band A, with emissions of 113g/km.

But Fiat has decided to push the environmental envelope even further. This is a company that is very proud of its green credentials, boasting that it is the most environmentally-friendly brand in Europe, with average CO2 emissions of 127.8g/km - significantly less than the average of 145.8g/km.

Fiat might be known for its stylish design but it is less known for its immense talent when it comes to engine technology. Now it has revisited an old idea and put a modern twist on it, with a new, turbocharged two-cylinder engine. This 900cc unit puts out 85hp and an impressive 145Nm of torque and thanks to MultiAir technology (which uses an electro-hydraulic valve management system to reduce fuel consumption by controlling air directly via the inlet valves) and that small turbocharger the power comes in early on, with all the available torque being produced at just 1,900rpm.

Performance is brisk too: 0-100km/h takes just 11 seconds and the top speed of 173km/h makes it much faster than the existing four-cylinder 1.2 8v engine in the 500 - or in the new Punto Evo for that matter.

It has been three whole years since the Fiat 500 was unveiled in a blaze of fanfare and flag-waving glory and by now the shape and design will be well known to most of you. The TwinAir engine is available in the 500C convertible as well as in the regular three-door hatch. There have been some new colours added, with the launch colour an attractive pale blue shade. Apart from that it is pretty standard Fiat 500 inside and out.

Detailed pricing is not yet available. In the Italian market it is priced mid-range, so we can expect the same here, unless it replaces the 1.2-litre 8v engine, which is a possibility. This means that the new TwinAir model will probably cost around €13,500, which isn't really that bad given the performance and economy. It has power that matches the 1.4-litre four-cylinder 16v engine, but is 30 percent more fuel efficient and in a lower tax band. If the Irish Government eventually offers incentives for cars with emissions of less than 100g/km then it will be even more attractive.

First things first, this isn't a quiet car by any stretch of the imagination. With just two cylinders, it is quite vocal and while it is not irritating it might start to grate a little on the motorway. Around town it is more of a grumble and when you do push it hard the turbo whistles a little. It isn't the most refined engine to the ears, but the performance is impressive with the sort of low-down torque you would expect from a diesel and it is perky enough to cope with the vague madness of busy Turin traffic - so Ireland should be child's play.

The Eco mode automatically engages the City button, making the steering super light and the stop-start functionality works easily and seamlessly. The 500 is already a fun car to drive in town, and this engine does suit it enormously.

This engine will also be available with a 'Dualogic' automated transmission, which emits less CO2 emissions than the manual and returns fractionally better fuel economy. The 500 TwinAir arrives for sale in Ireland in September and other versions of the engine will follow including one with a dual clutch gearbox in about a year's time.

This is a brave engineering step from Fiat and one that the buying public might need some convincing of, but apart from a slightly throaty soundtrack, the performance and economy from this tiny engine have to be commended.