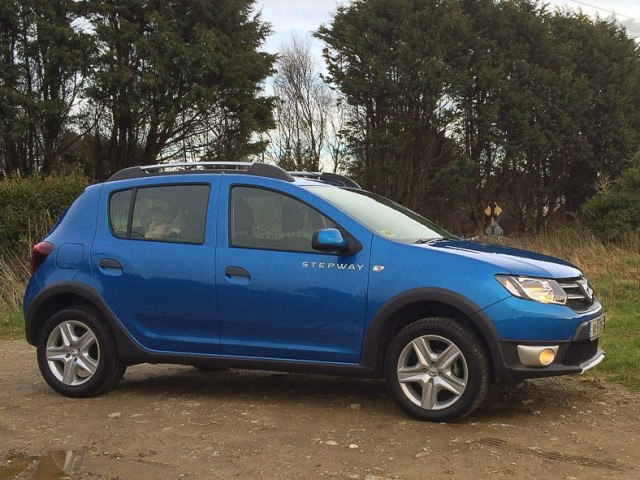 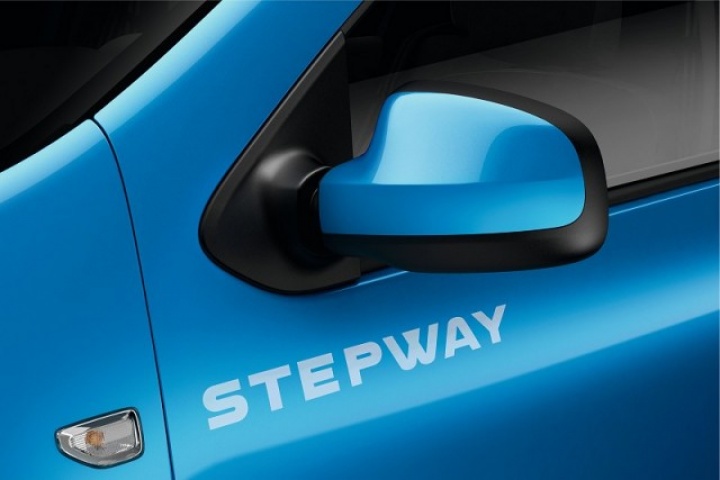 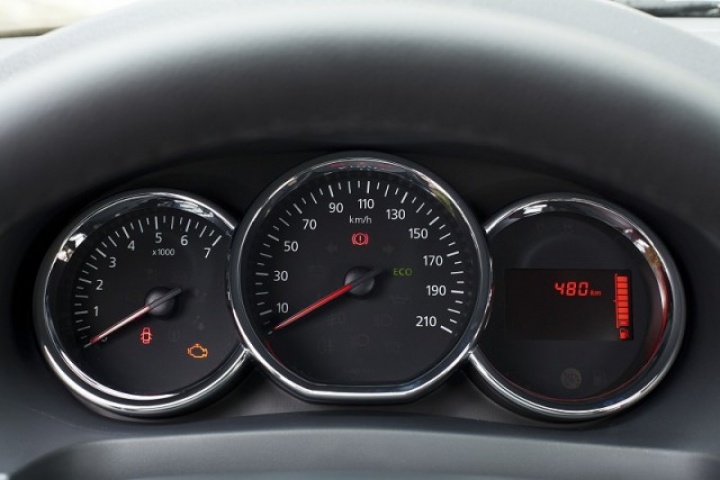 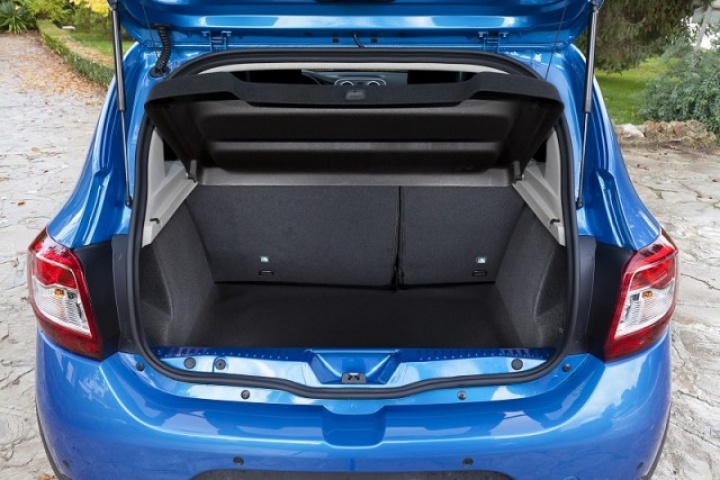 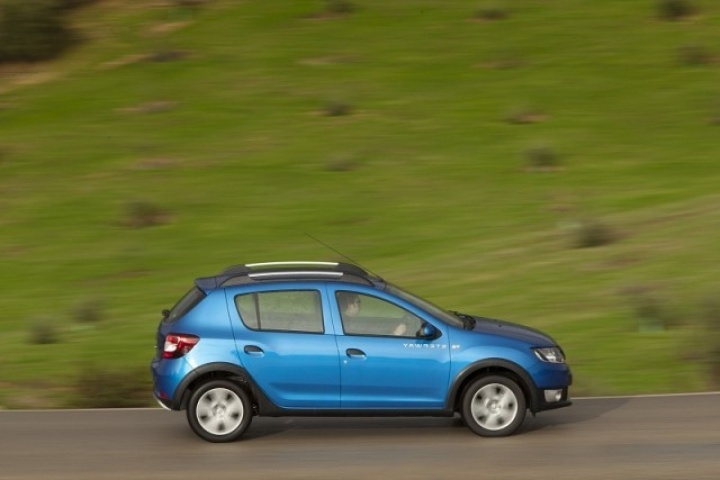 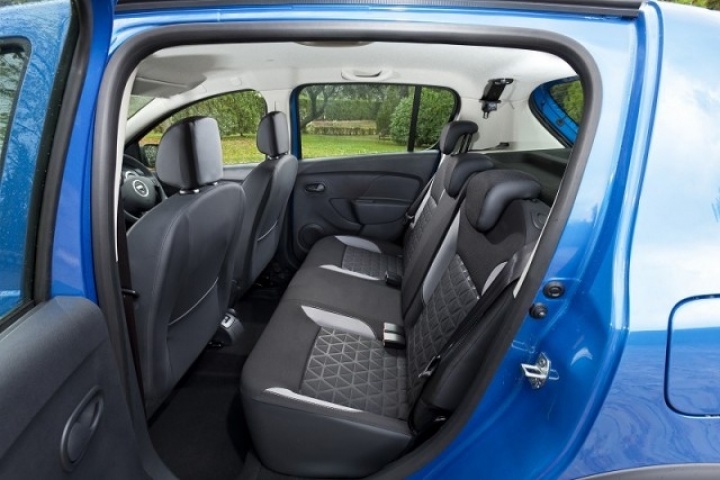 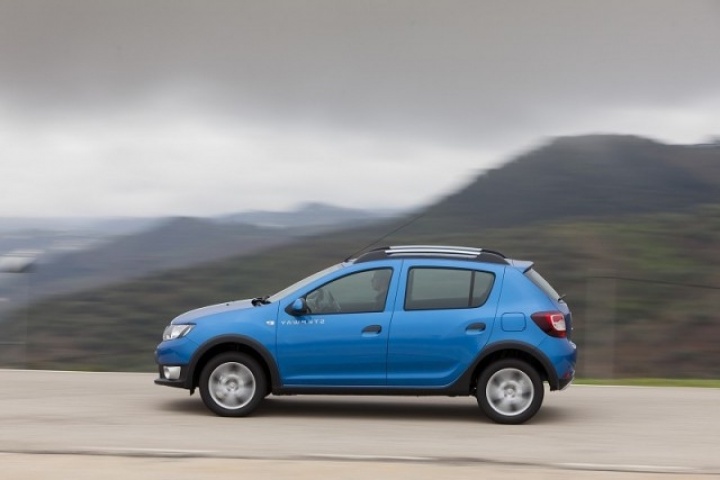 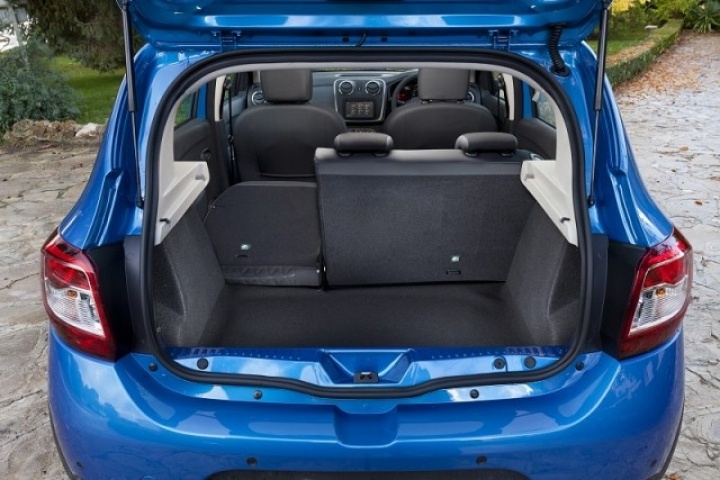 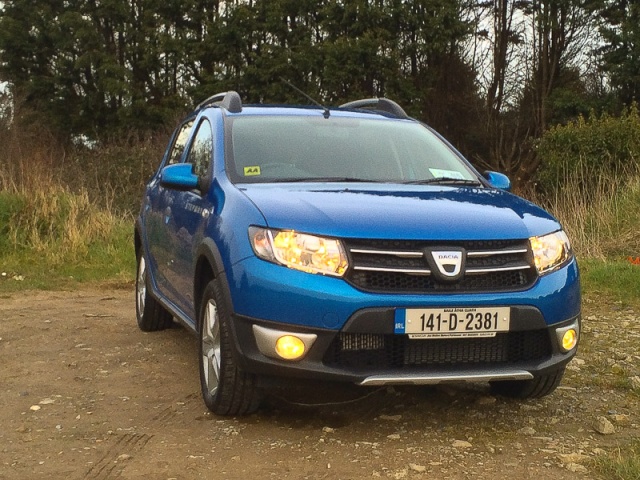 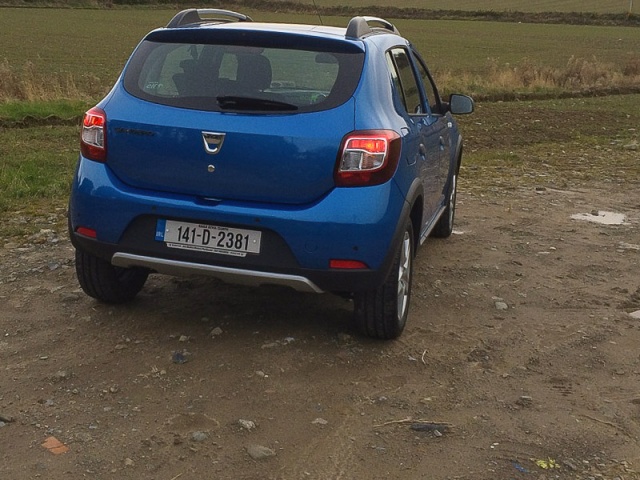 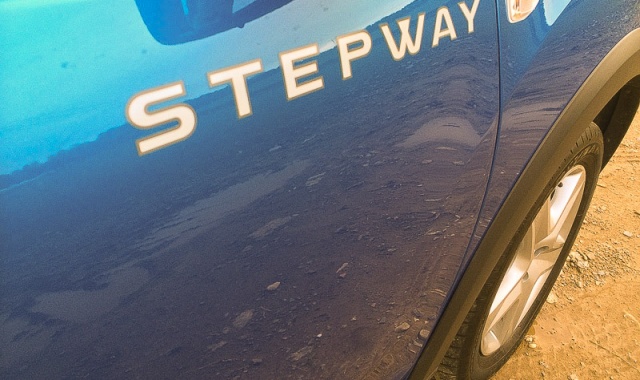 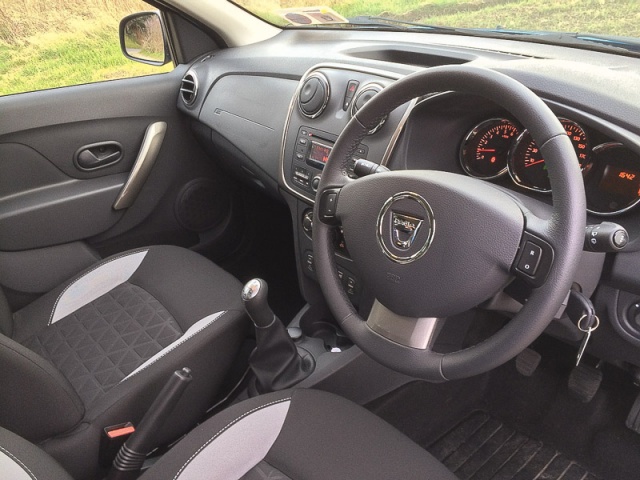 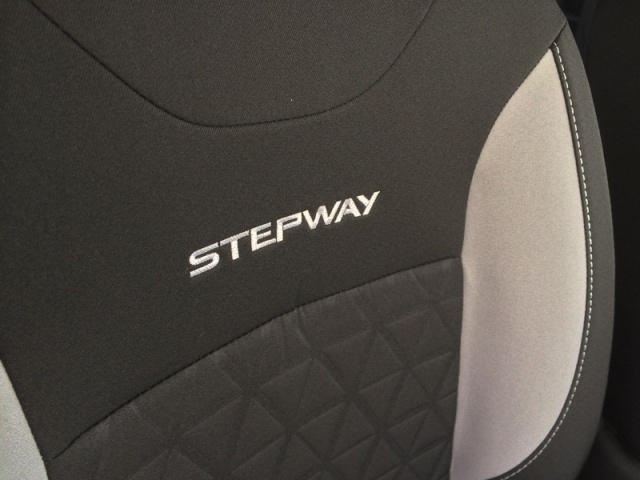 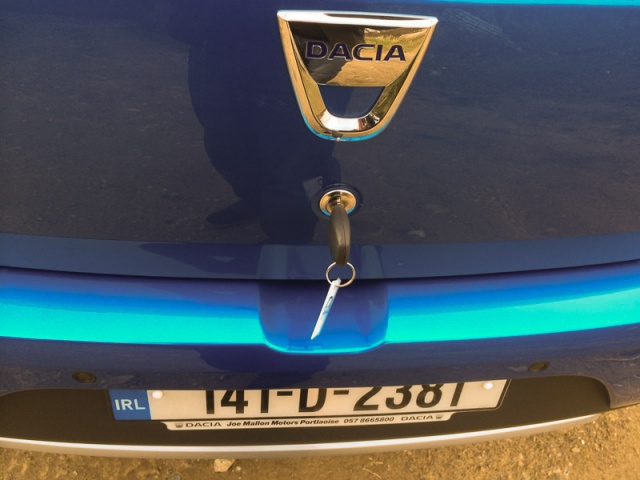 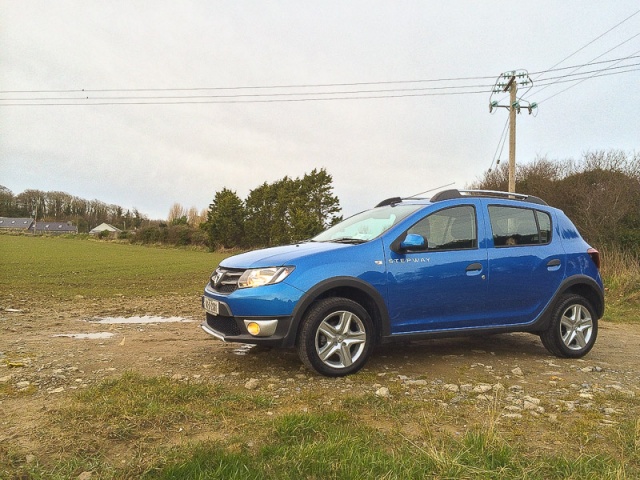 Dacia adds some stick-on 4x4 glamour to the cheap-as-chips Sandero.

Not so good: vague steering, rubbery gearchange, not really worth the extra over a standard Sandero.

It may seem a little hard to believe it, now that Christopher Nolan and Christian Bale have spent the thick end of a decade knocking bat-balls out of the bat-park, but once upon a time, we all laughed and sniggered at Batman.

Rewind to the late nineties and the big, bigger, biggest summer event movie that's opening is Batman & Robin. It can't fail. It has a massive budget. It has Arnold Schwarzenegger cracking wise as the bad guy. It has Uma Thurman in impossibly tight clothing. It was the handsomest man in the world (then and still), George Clooney in the bat-cowl. It has Batman for chrissakes. It can't fail. It failed. Colossally. Spectacularly. Moviegoers weren't excited, they were bored, Occasionally, they laughed (again, at not with). Batman was dead to us now.

Similarly, rewind a little to the early 2000s. MG Rover, still trying to remain afloat in a sea full of sharks, brings out a little car called the Streetwise. It is, basically, a Rover 25 hatchback with taller springs and some stick on dark grey plastic bits. It is, frankly, risible, but what many at the time missed was that it was the car itself that was poorly executed (hardly a surprise given MG Rover's parlous financial footing at the time) and not the concept that was wrong. Likewise, Batman. As has been thoroughly proven, there's nothing wrong with putting Gotham's Dark Knight on the big screen; you just have to do it right.

Crucially also, your timing has to be right. The Streetwise came along at a time when there was indeed a 4x4 craze in the air, but also a time when many of us had the hard cash to fund the purchase of a proper, actual 4x4. Times have changed indeed and now, here we find the Dacia Sandero Stepway.

Much like, exactly like in fact, the Rover Streetwise, the Sandero Stepway is a 4x4 in the same way that I am an Olympic sprinter. I own the Nikes but that's about as close as it's going to get. The Dacia is festooned with stick-on grey plastic, which is supposedly there to protect the car's paintwork from being scuffed against the barks of towering Scotch Pines or lumps of rough granite. Of course, it's really there to protect it from the door-ding gnomes who populate the car parks of our nation, just as those roof rails are more likely to have a big box from IKEA lashed to them, and not a surf board or commando kayak.

Still, there is some added practicality going on here. The Stepway may be resolutely front-wheel drive - and therefore not really set up for tackling anything more taxing than a gently inclined dirt road - but it does have some extra ride height and, let's face it, we all have some friends or relatives whose house is at the far end of a rutted, potholed goat track, so that may actually come in handy.

It certainly helps with the ride quality. The regular Sandero has a nicely-judged ability to smooth away road imperfections, and the Stepway is even better again - loping along on the top of those big springs in an entirely convincing impression of a motorised sofa.

There is less good news when it comes to the handling and dynamics. The steering has only the briefest of passing acquaintances with the front wheels (I suspect they exchange Christmas cards and the occasional email, but little else) and while the Stepway trundles along in an entirely pleasant and unthreatening way, you will never drive it for enjoyment.

The 1.5-litre diesel engine is, as it has ever been, a willing partner and it is staggeringly economical. The official 55mpg is just for starters and I have no doubt you could add 10mpg to that with a little more care and attention. It is a touch noisy though, as is the rest of the car, with a lot of wind rush and road roar at speed. Conversation actually becomes a little difficult above 100km/h. You'll want to get up to cruising speed sharpish though, as the rubbery gearchange makes hanging around in the lower ratios less than fun.

The interior too is a mixed bag. On the quality front, I'd say things are better than ever and where early Sanderos had horribly rough-edged plastics, now things are at least acceptable and our top-spec Signature test car included parking sensors, Bluetooth phone connection, USB-equipped stereo (with fingertip controls), cruise control and air conditioning. There is an issue with the seats though; for someone of my height (six-foot) and bulk (not telling you) they're just too narrow and perched up, with little in the way of support for your thighs. There's also nowhere to put your left foot, so longer journeys are an exercise in joint pain, if you're tall. Being too tall is also a problem in the back, where there is just not enough legroom, nor quite enough space to cater for bulky child safety seats.

And then there's the price. I think our test car, with the diesel and ritzy bits, is just missing the point. Better by far to go for the more affordable, nicer-to-drive 900cc turbo triple petrol version and also come down a pay grade to a cheaper €12,290 Alternative spec. Fewer toys, yes, but it's truer to the make-do-and-mend spirit of the Dacia brand. If you want some cool air, lower a window...

Where the Rover Streetwise and Batman & Robin bombed, I think the Stepway will prosper. Dacia, for all its faults, produces mostly decent cars at a mostly affordable price and the Stepway slots into that milieu almost perfectly. No, it's not fooling anyone with the 4x4 appliqué but with its extra ride height and rough-track ability, it at least makes a certain level of sense for those of a more rural bent. Keep it cheap, keep it cheerful and it's the kind of honest, unpretentious workhorse that will provide donkey-like service for years to come. Nothing wrong with that.

Dacia Sandero: we'd rather have the standard car thank you very much Dacia.