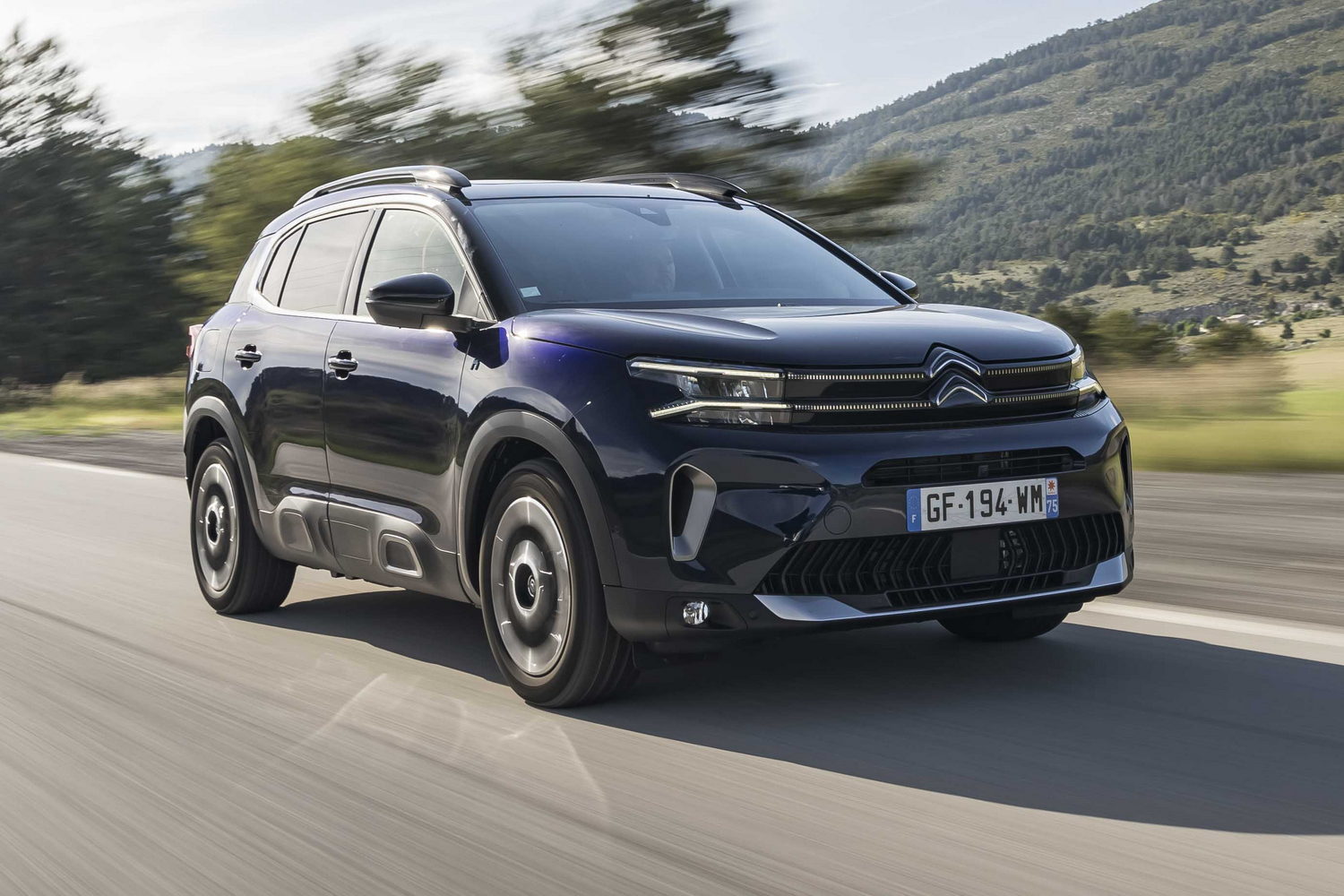 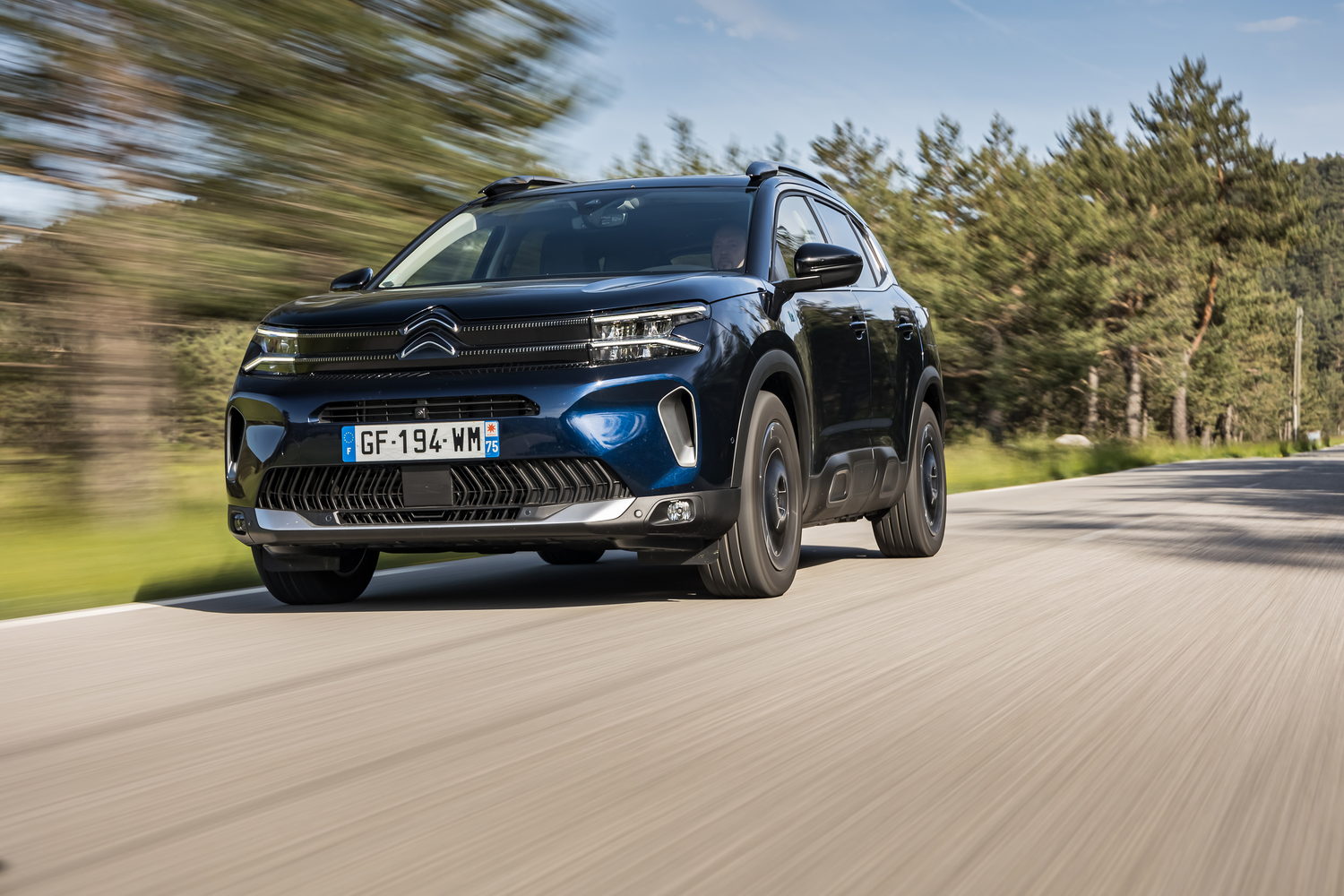 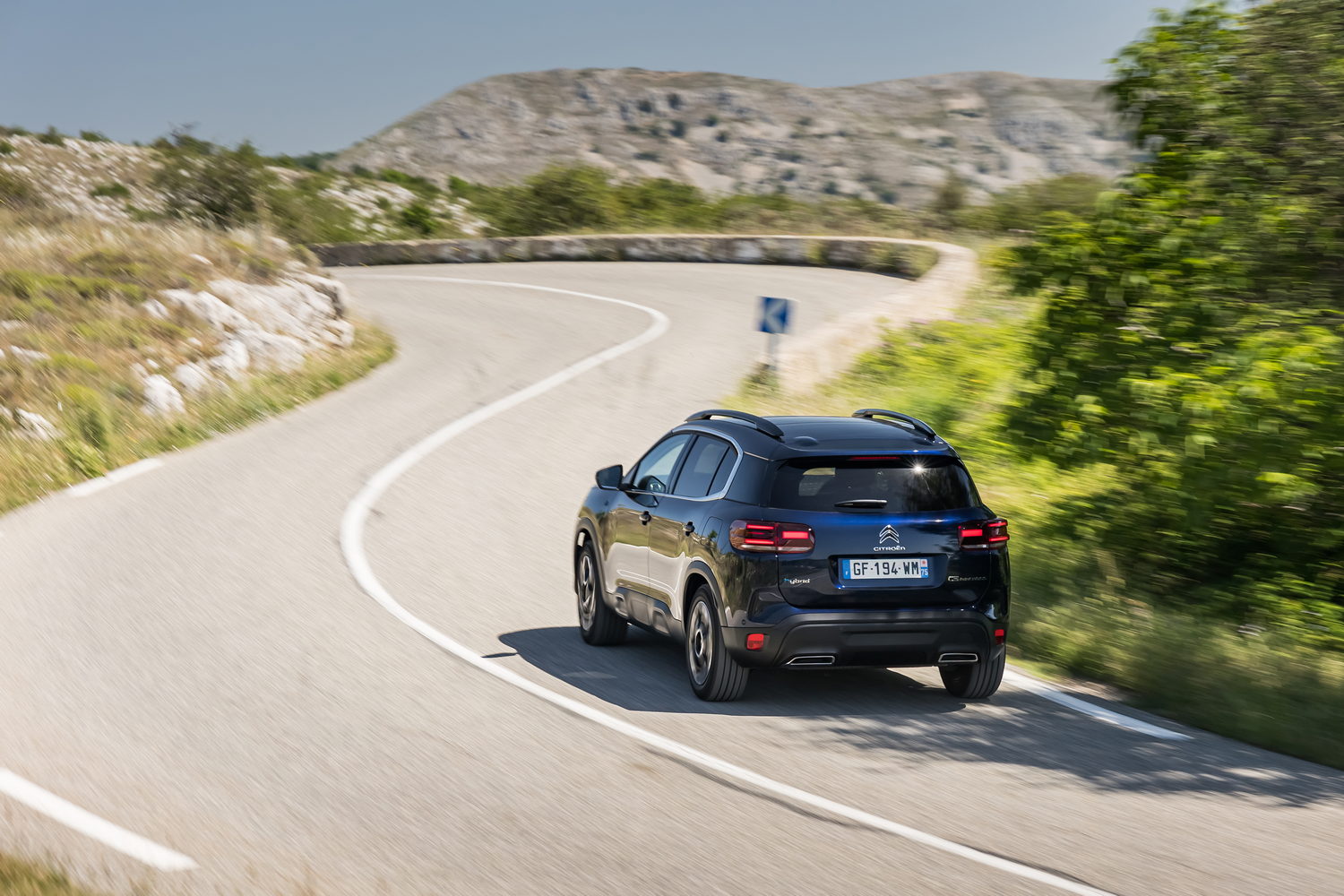 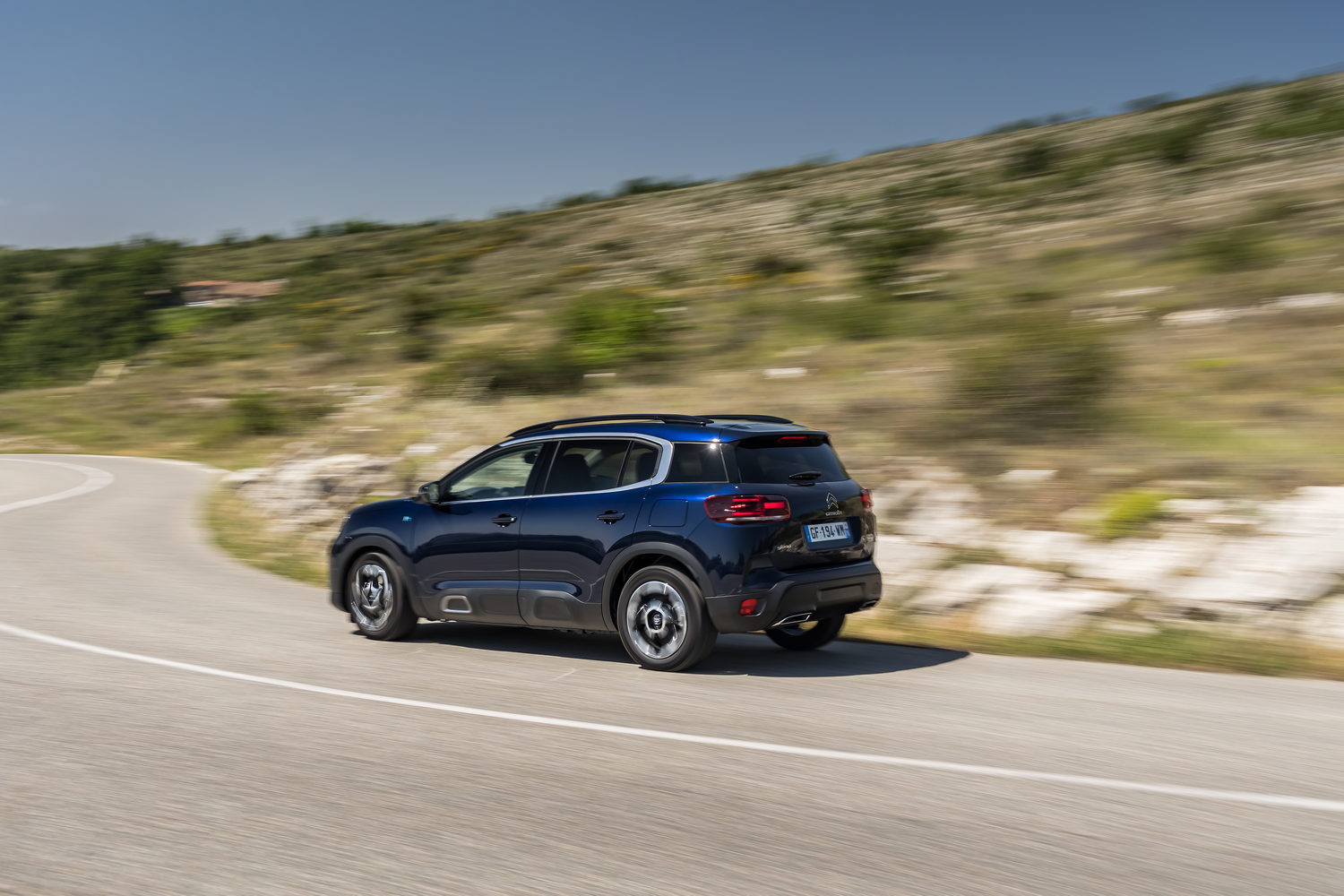 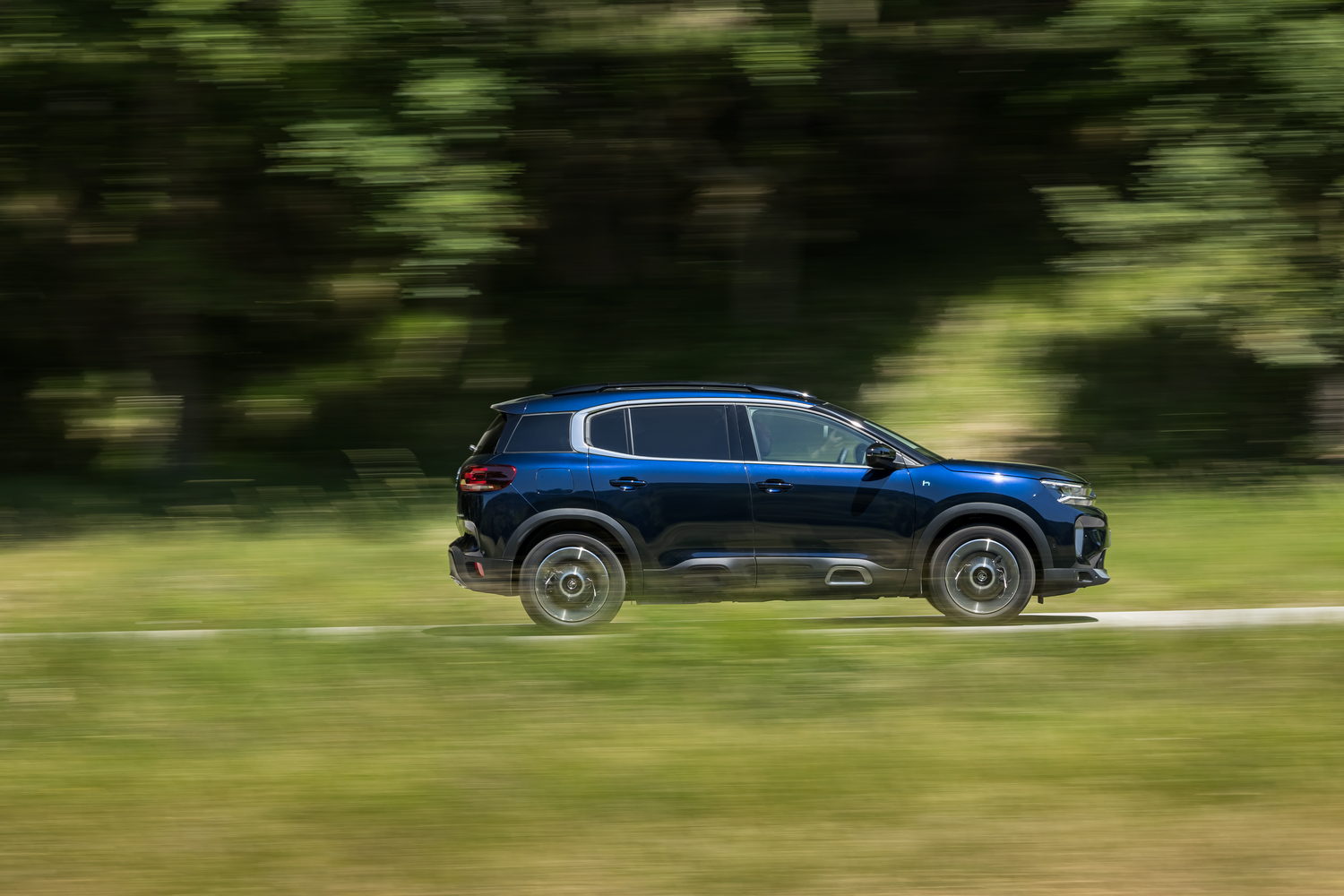 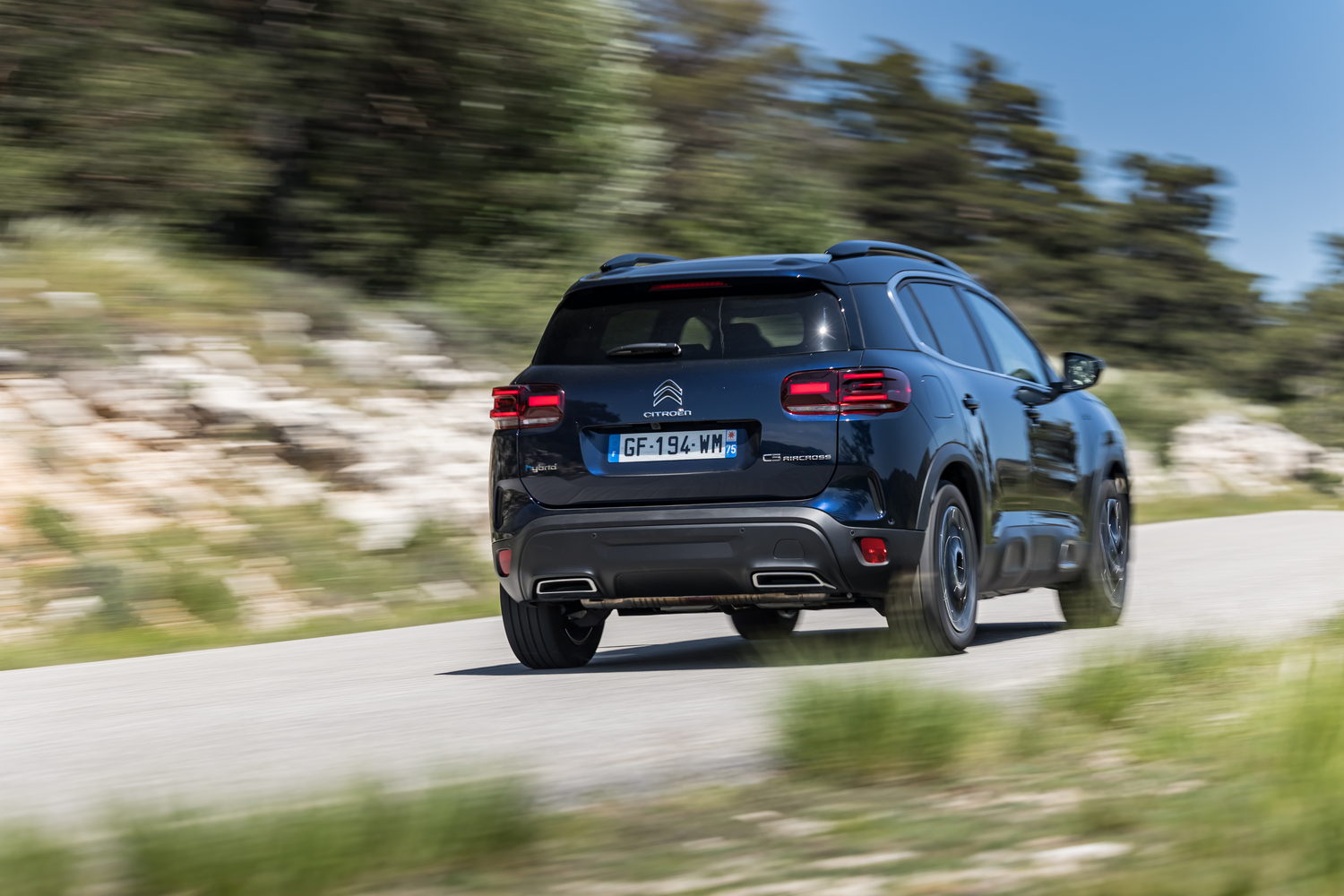 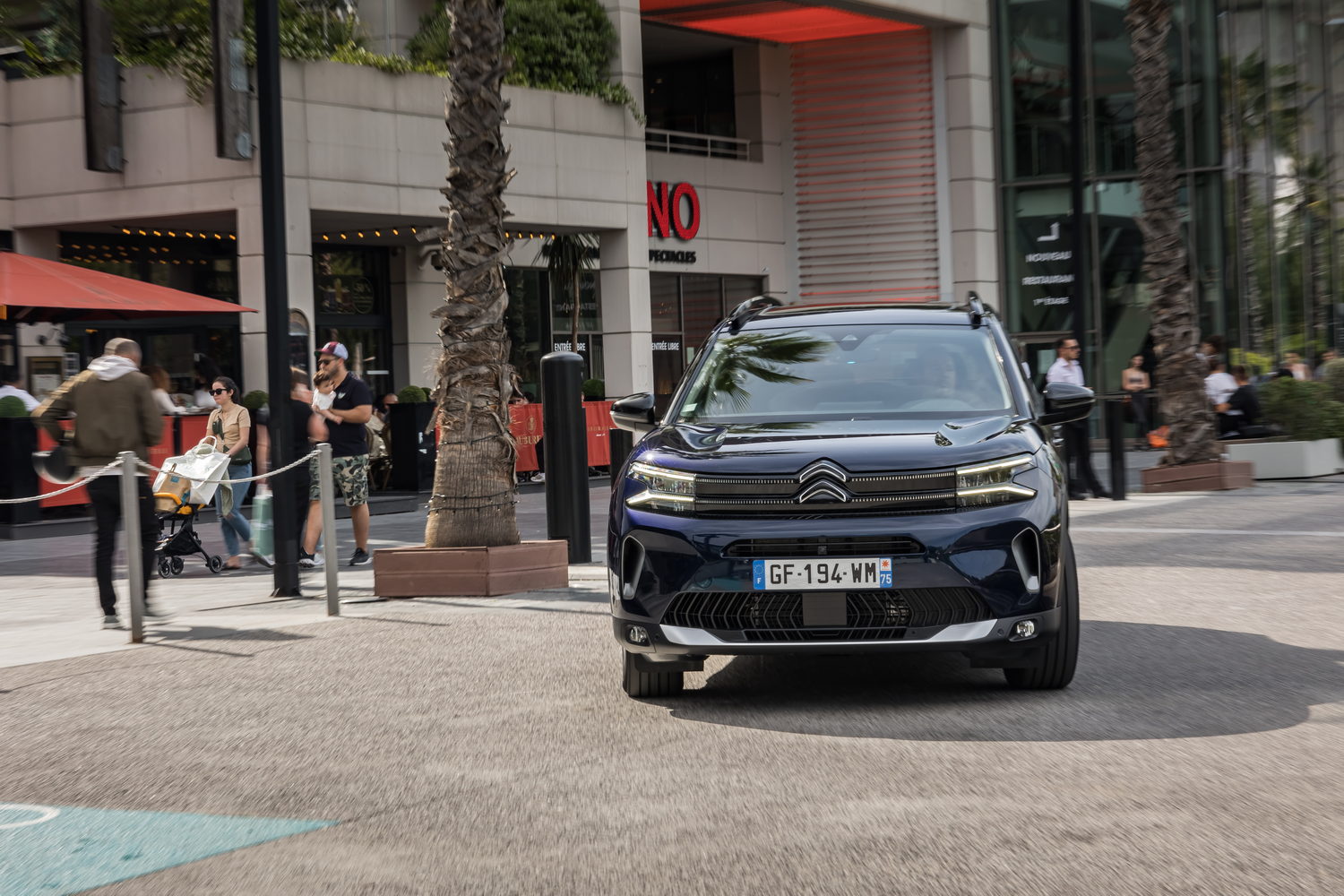 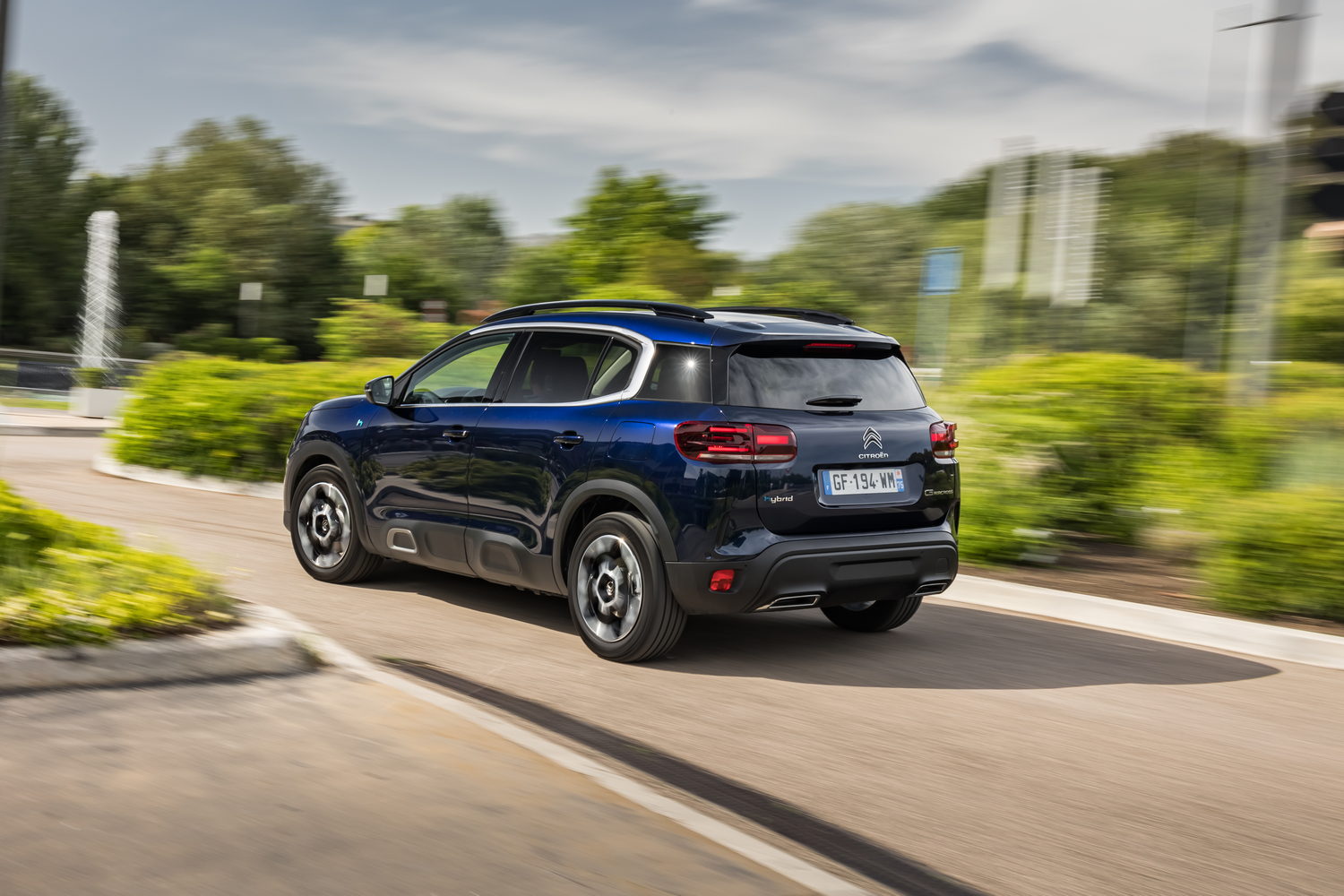 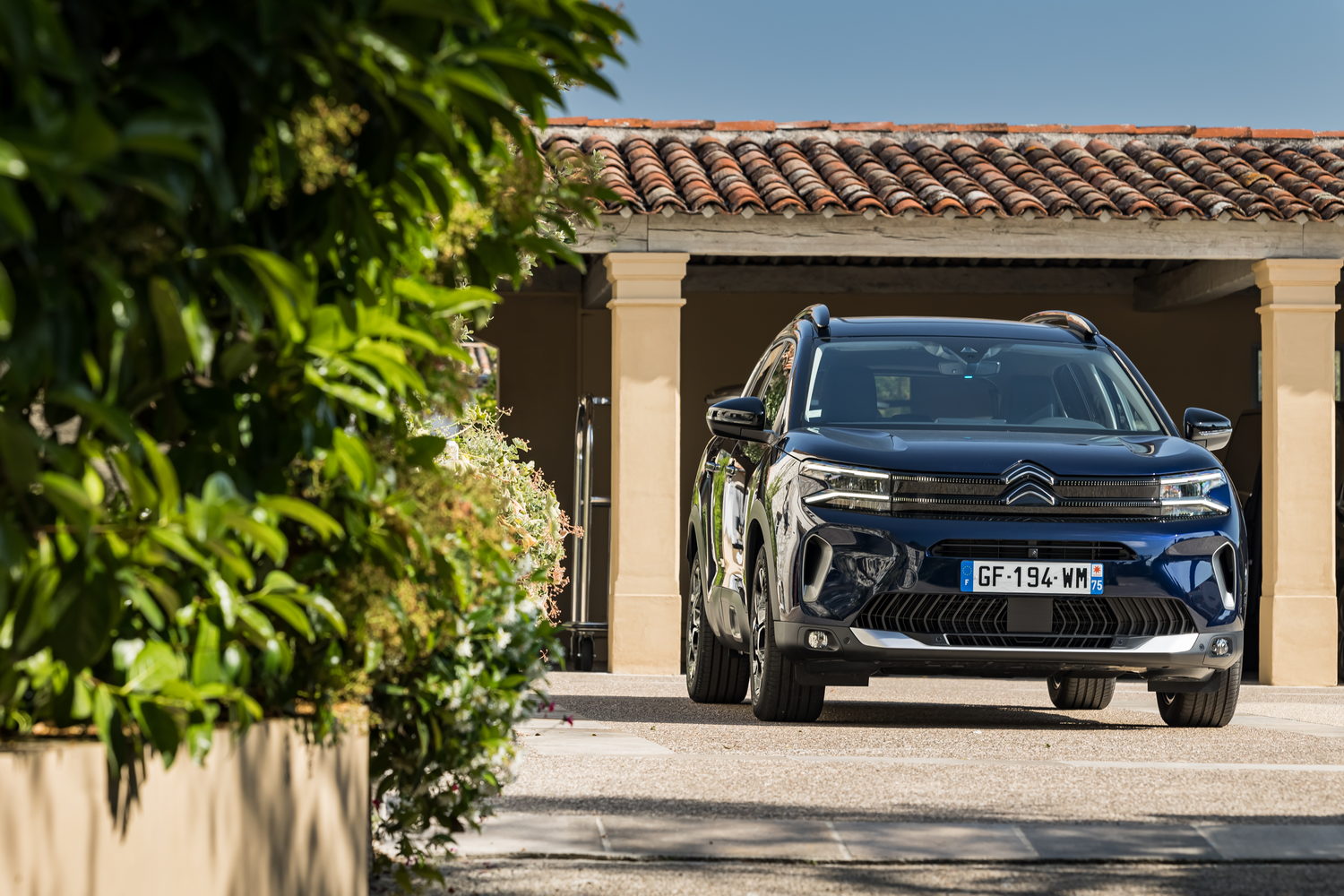 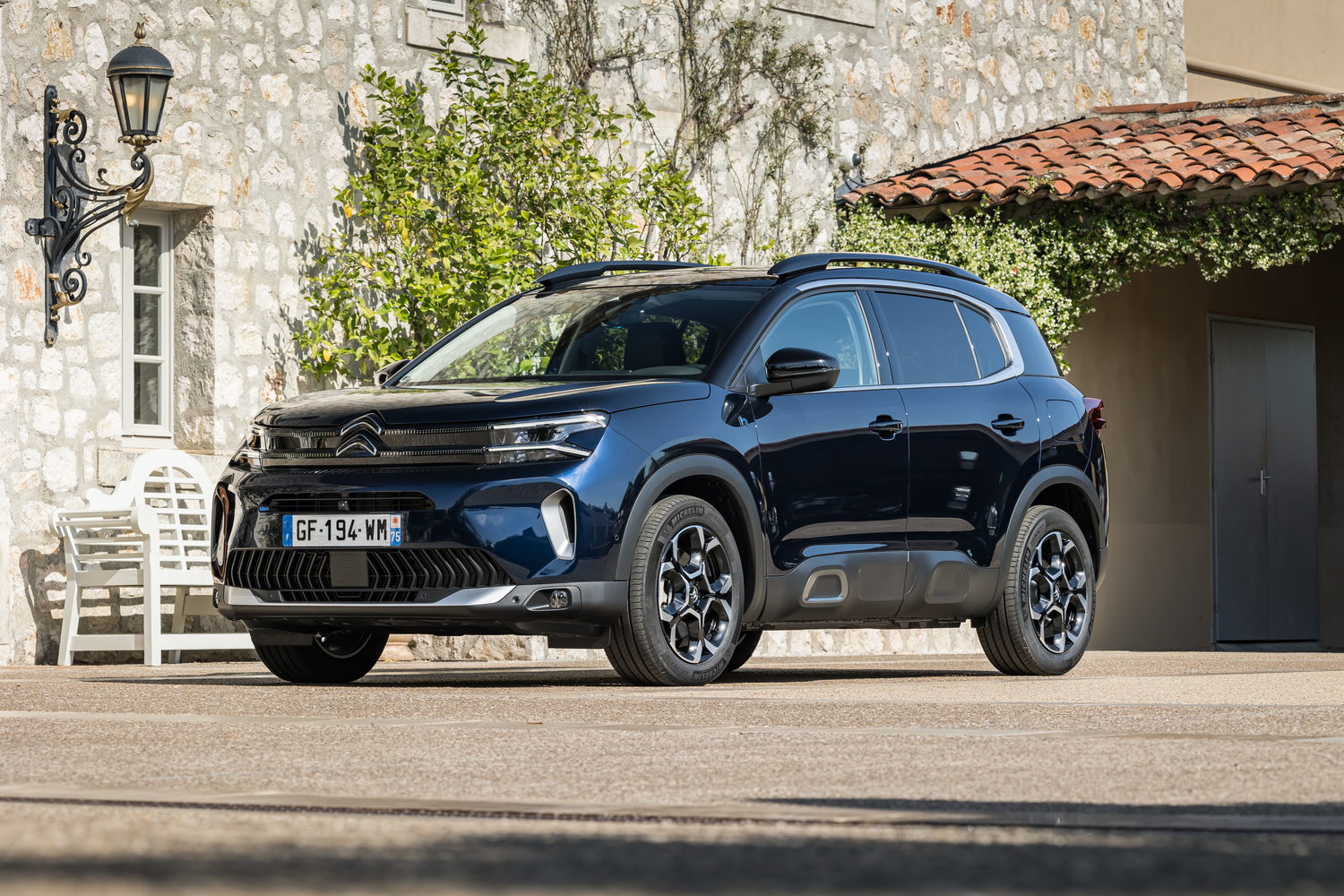 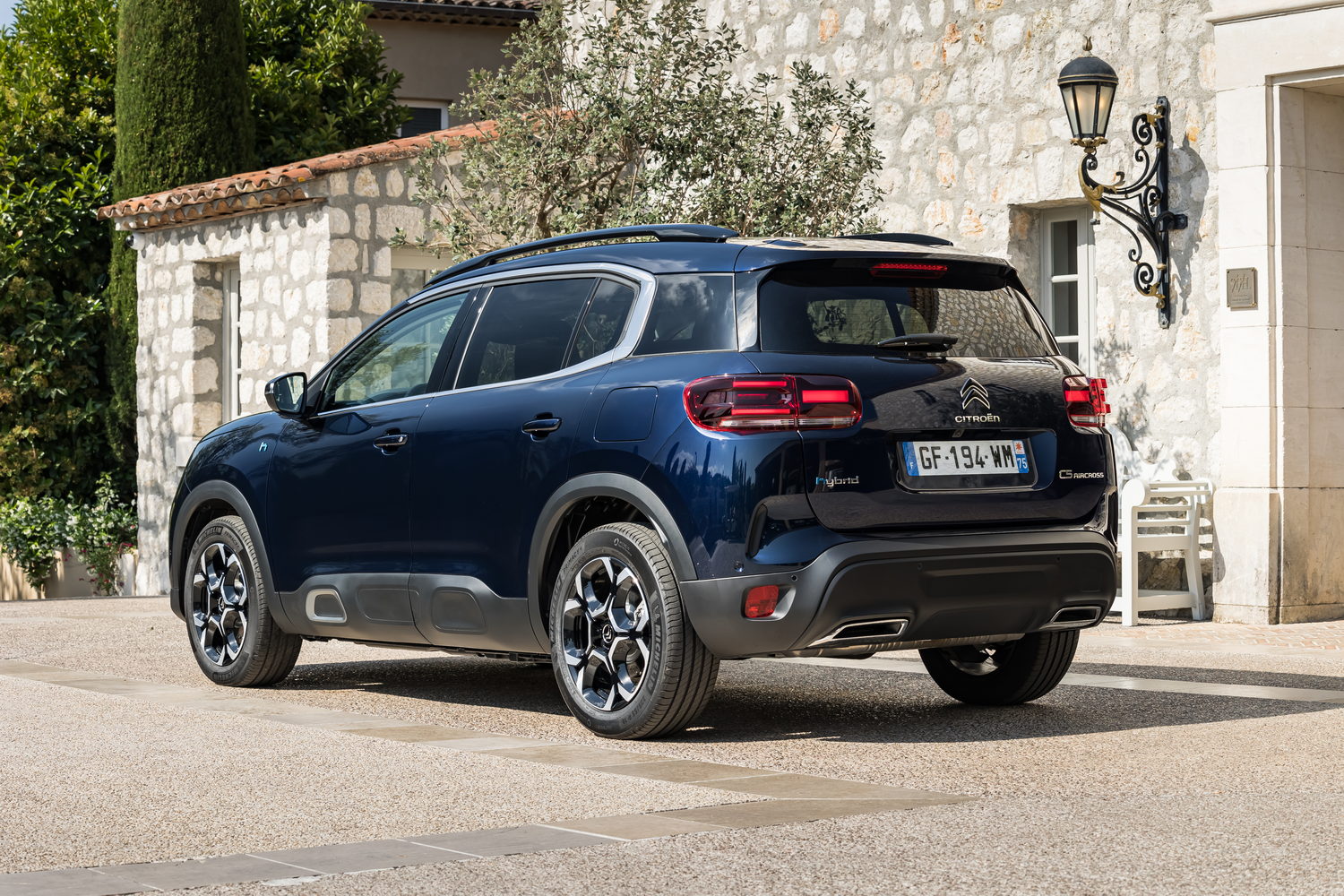 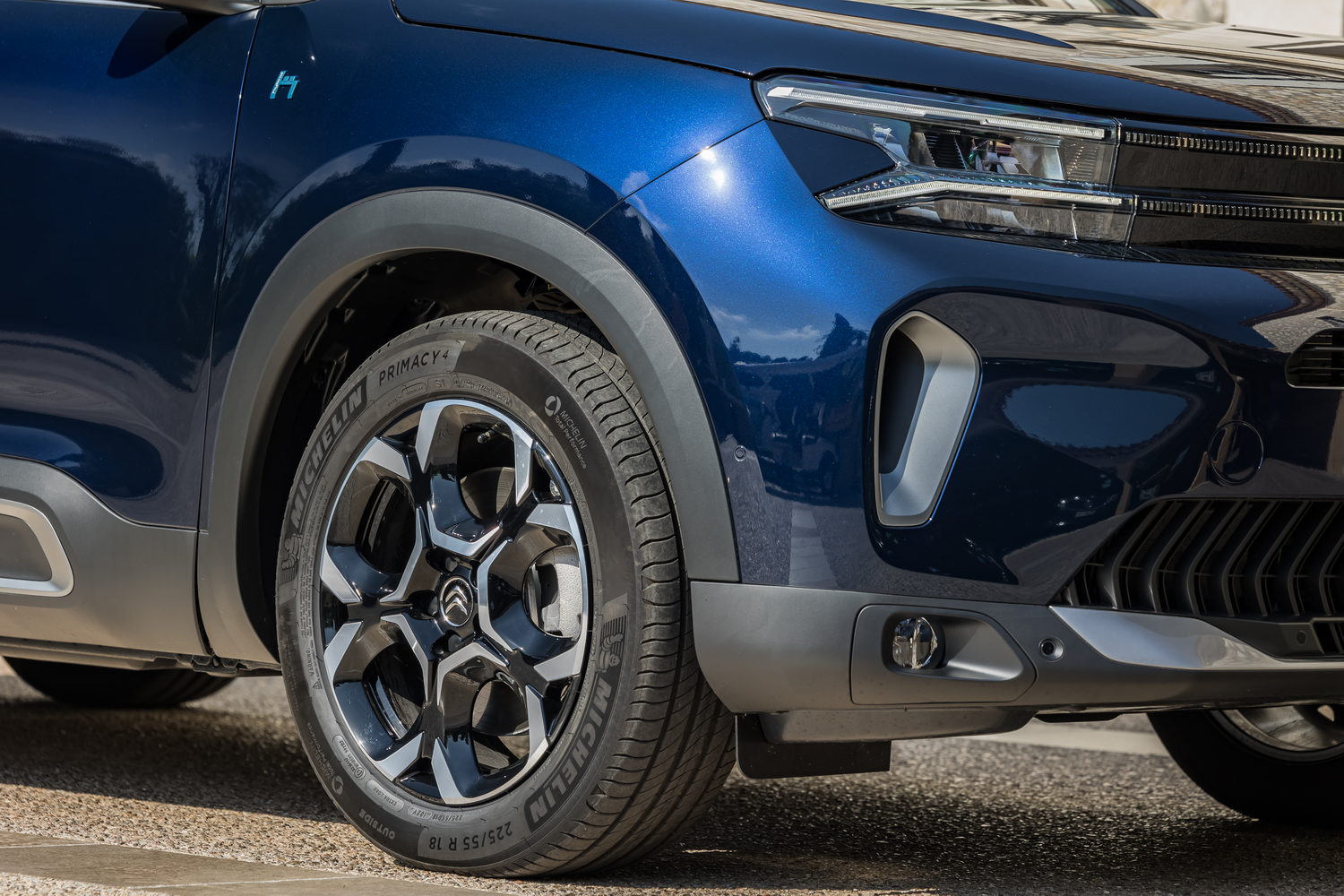 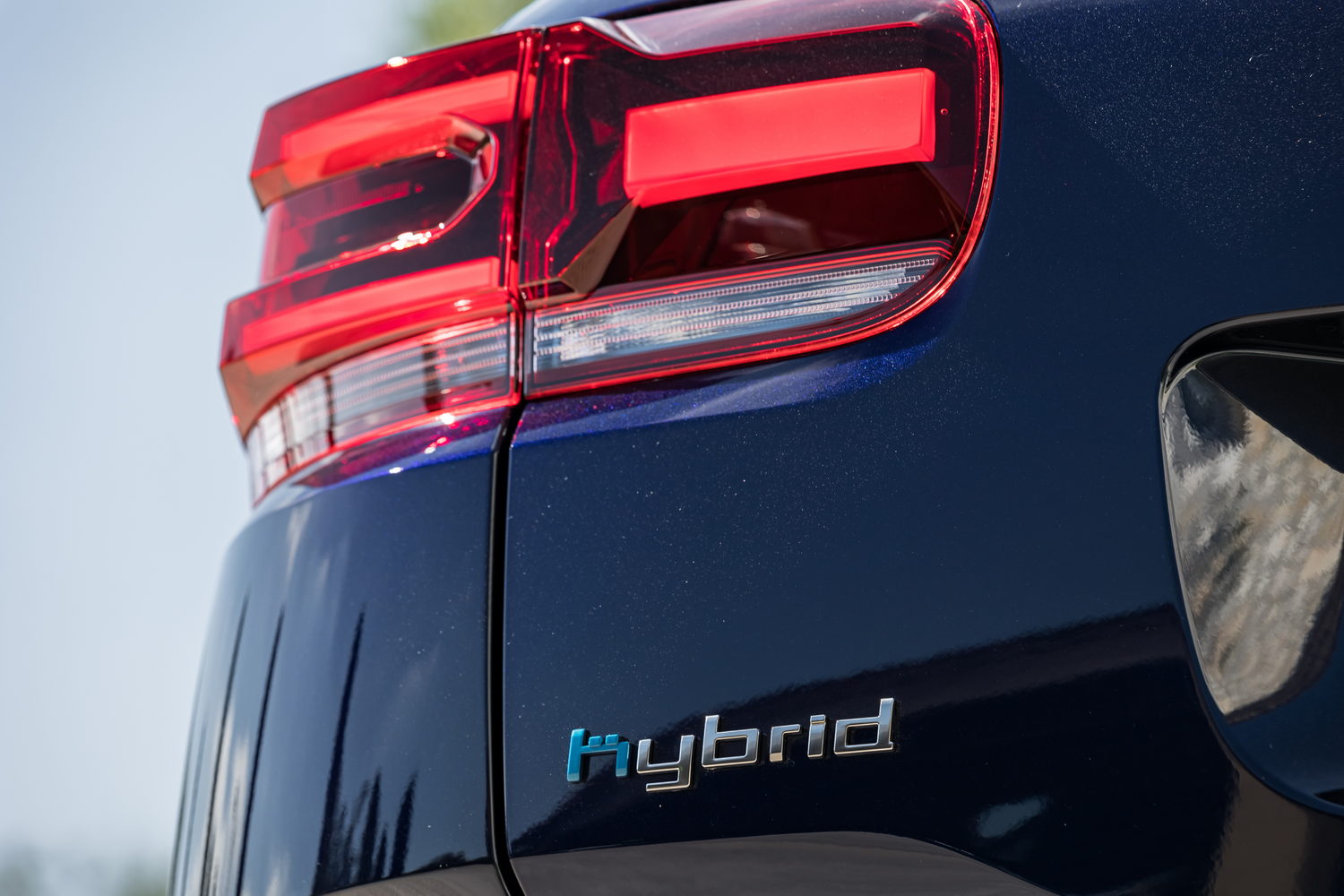 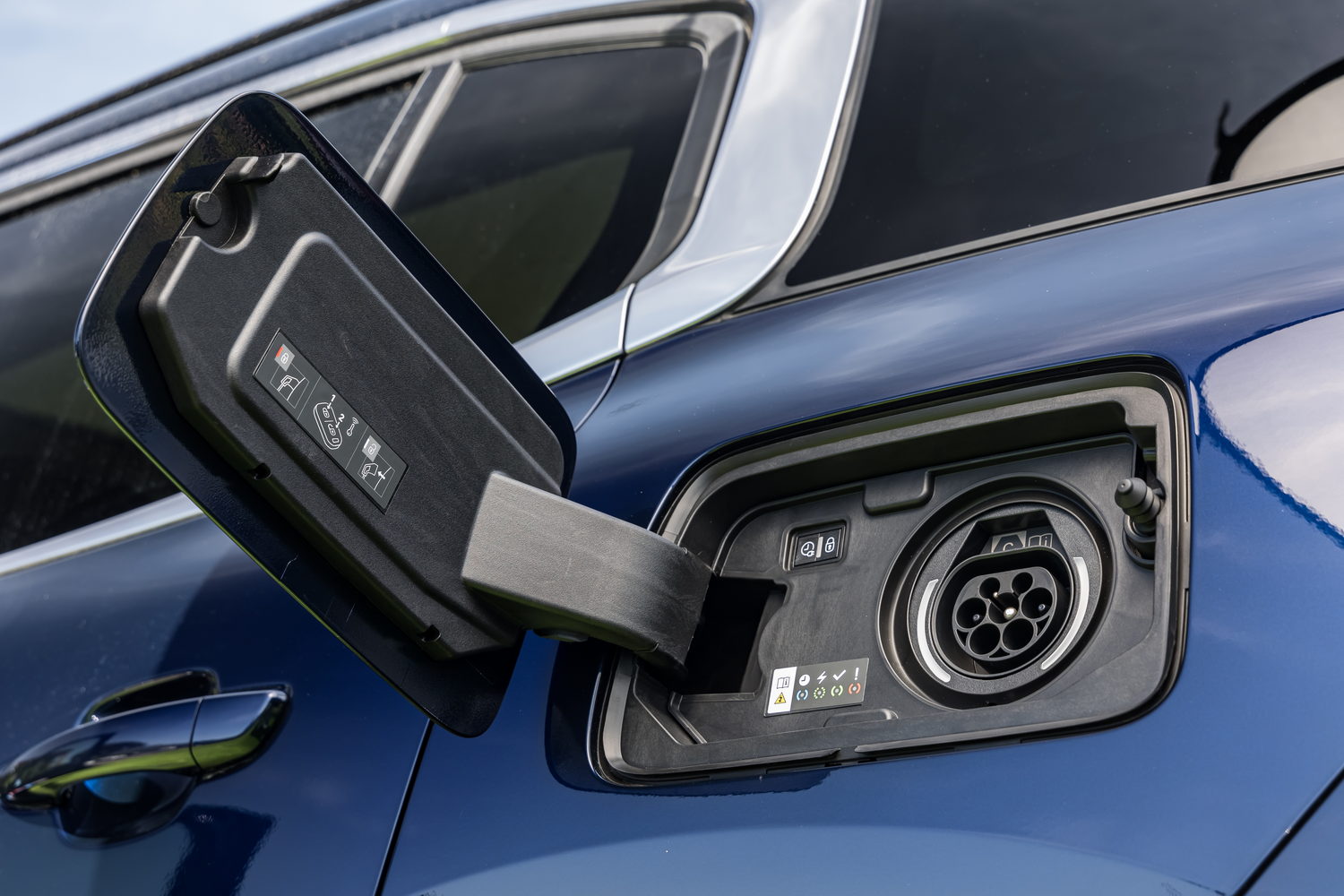 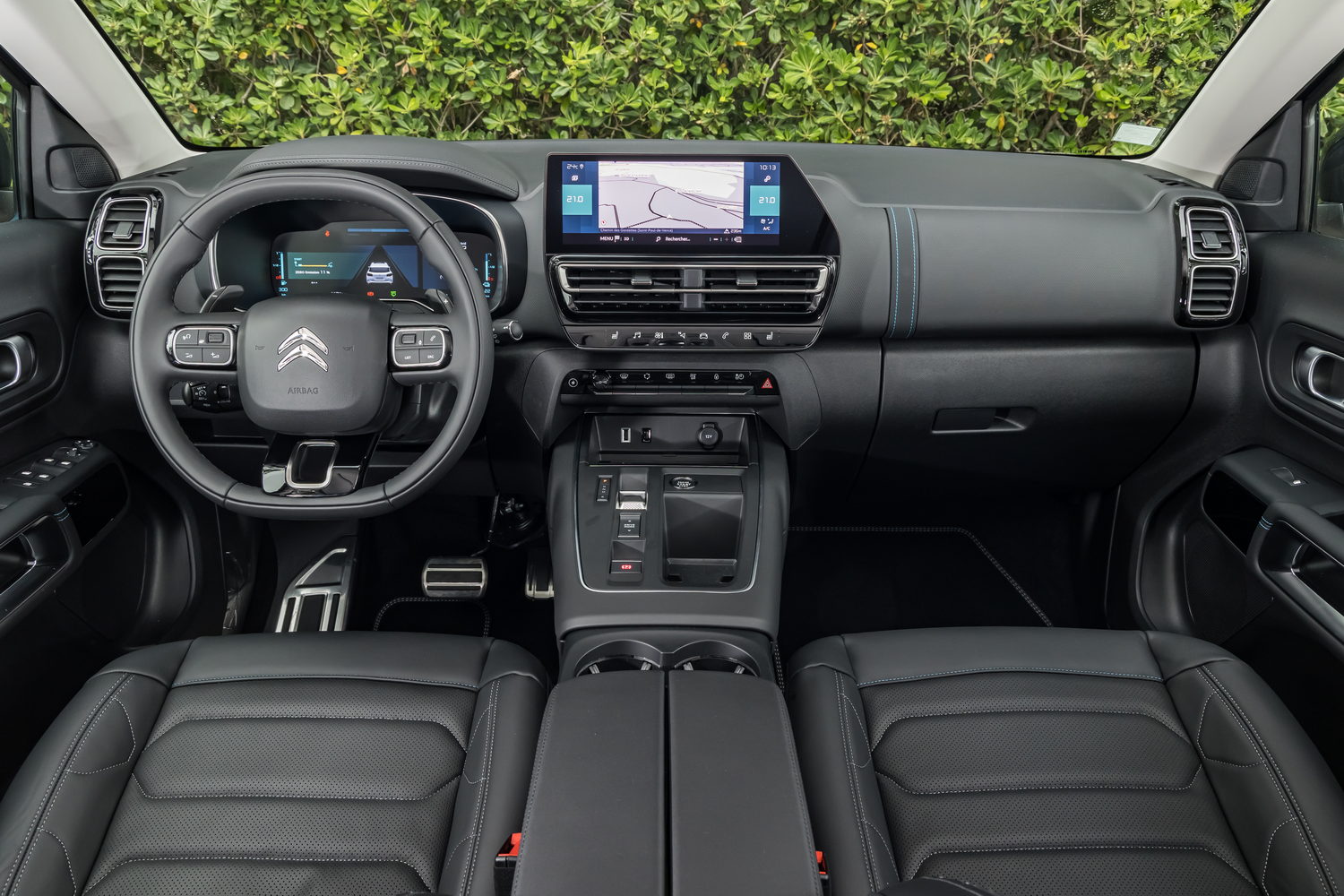 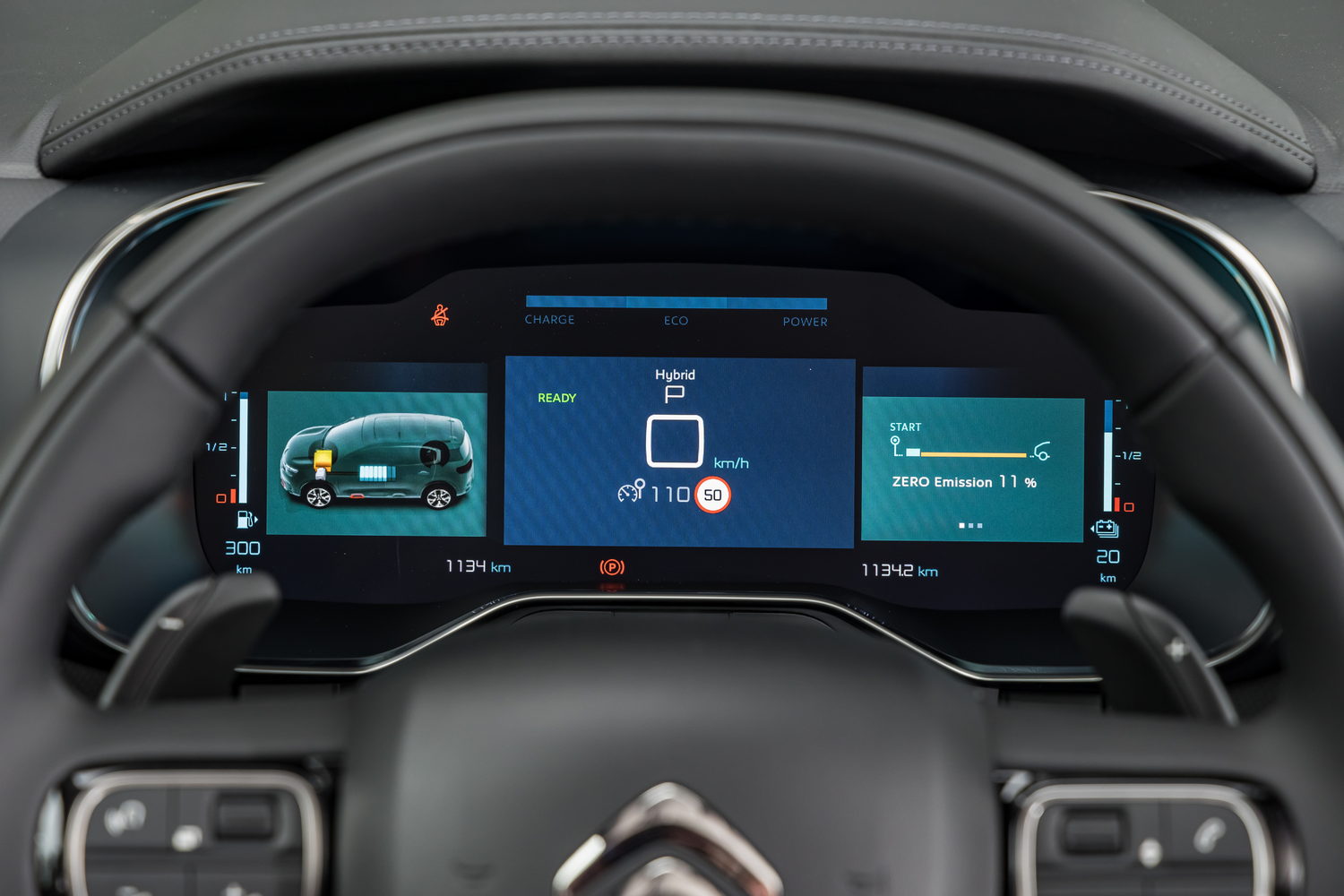 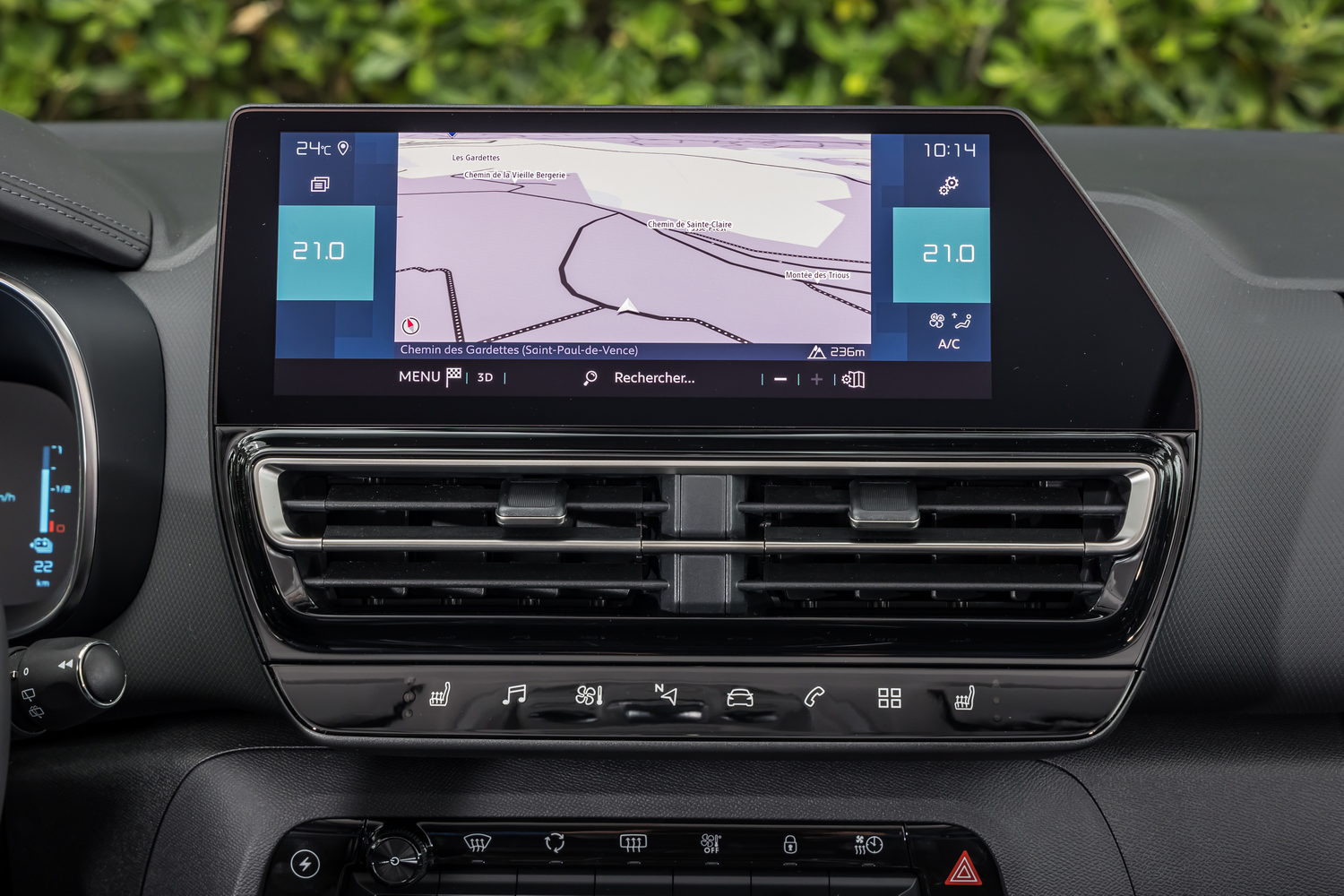 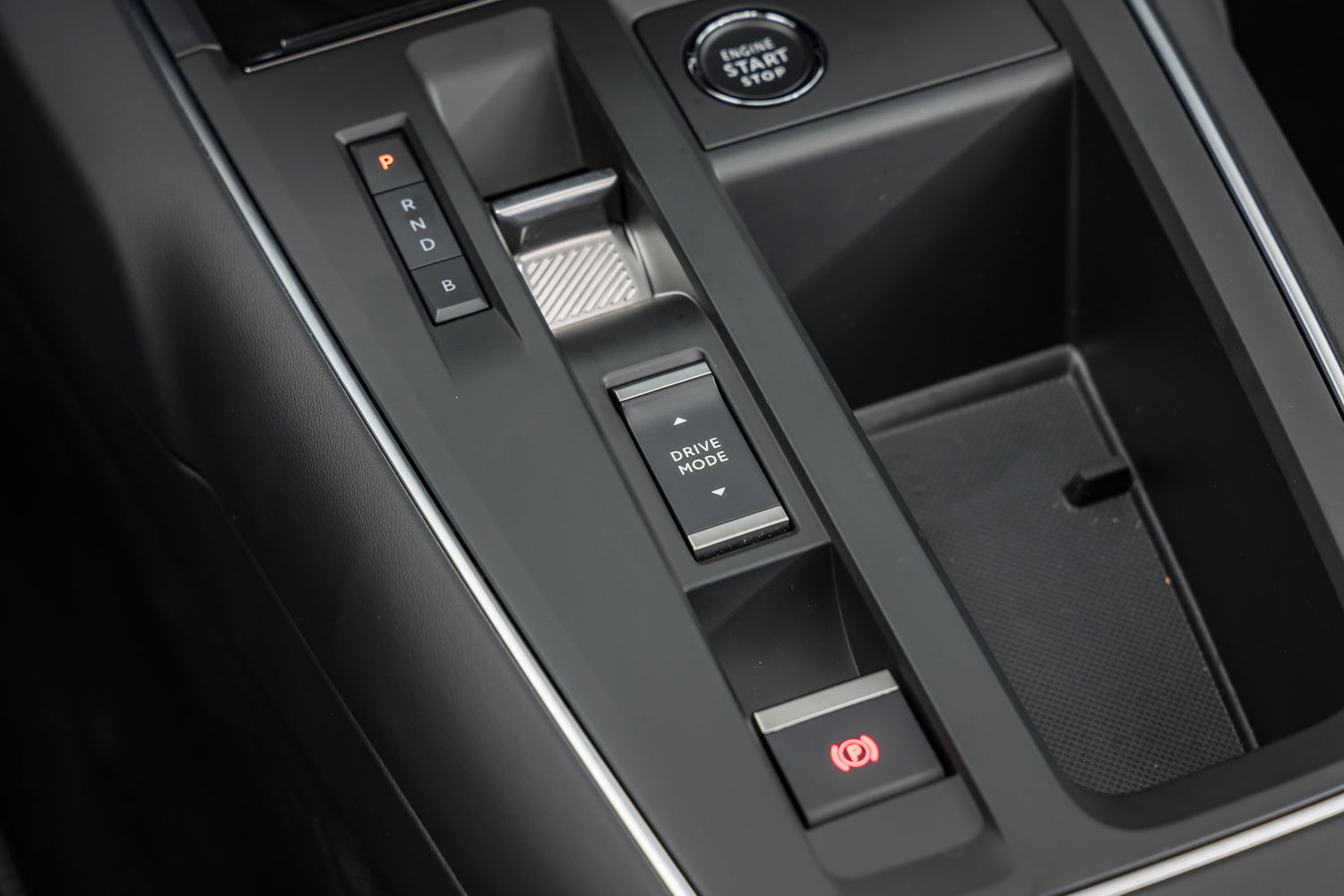 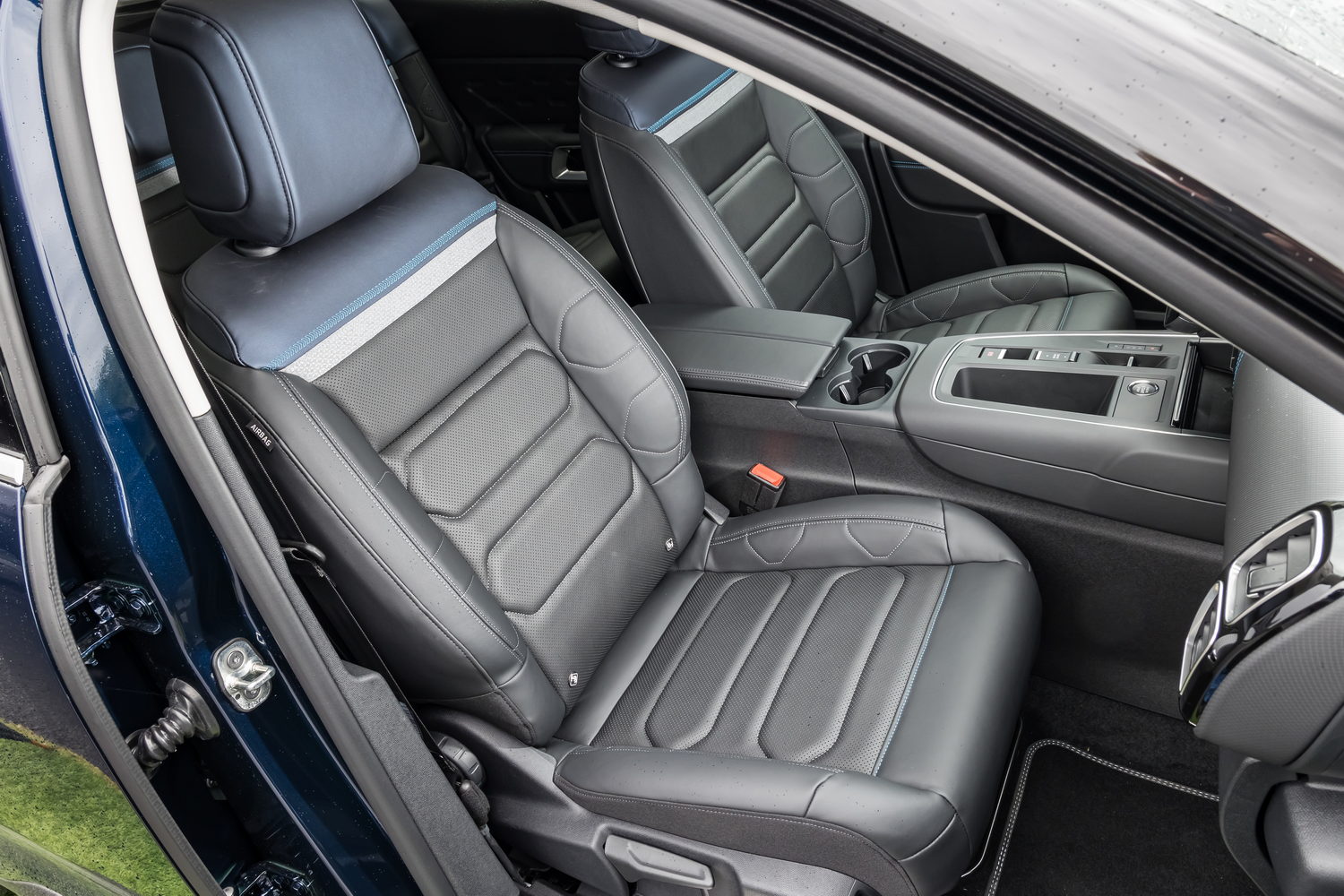 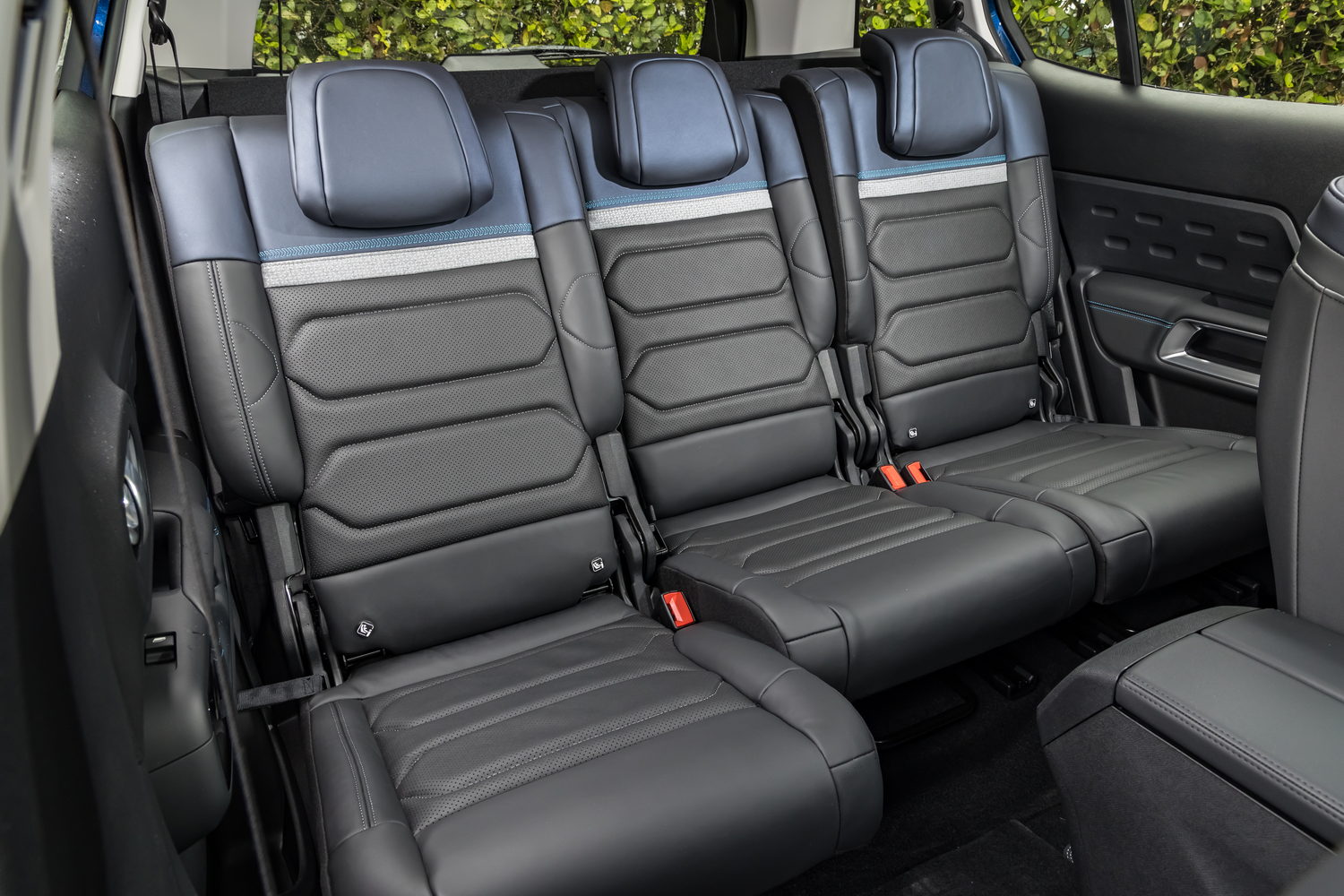 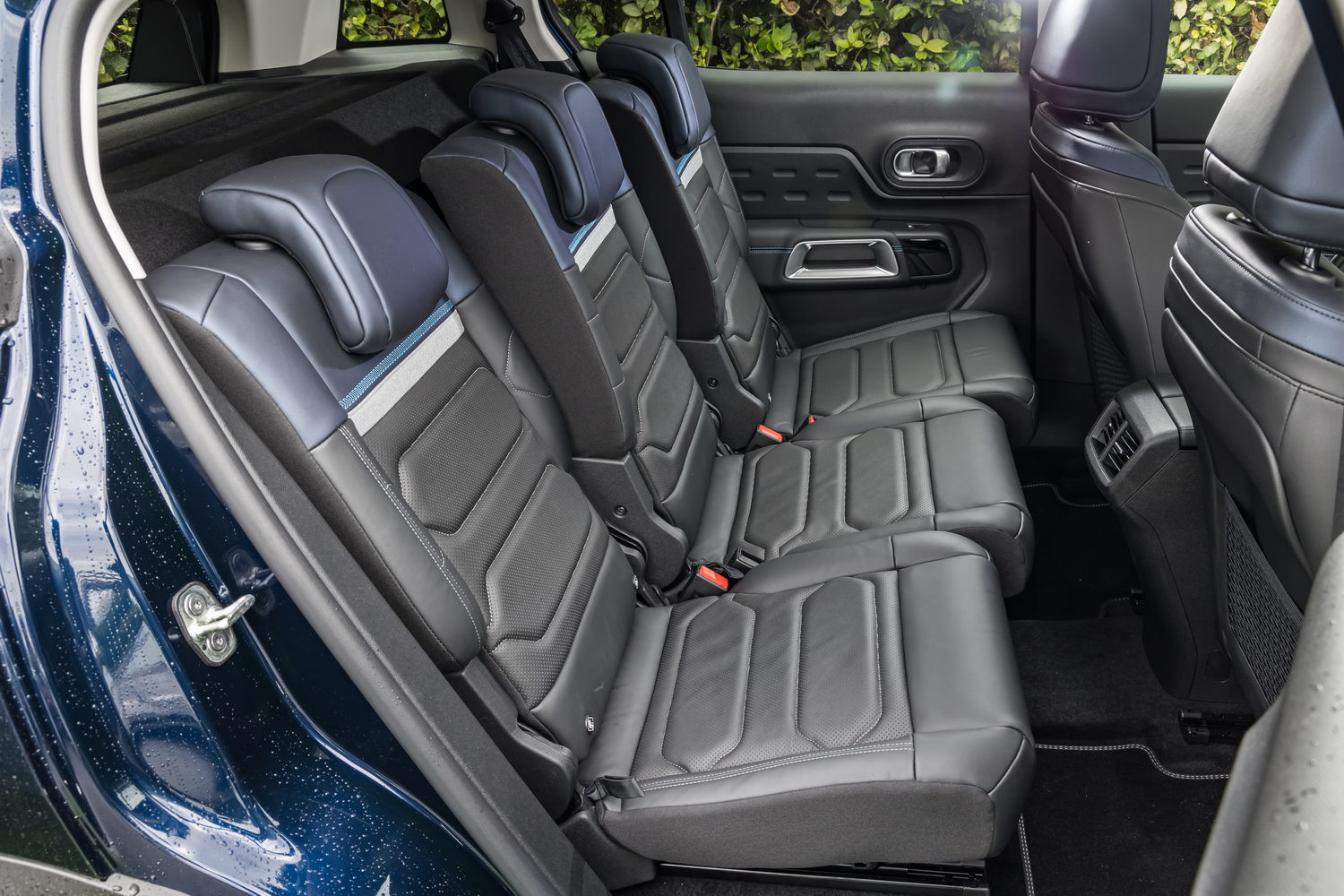 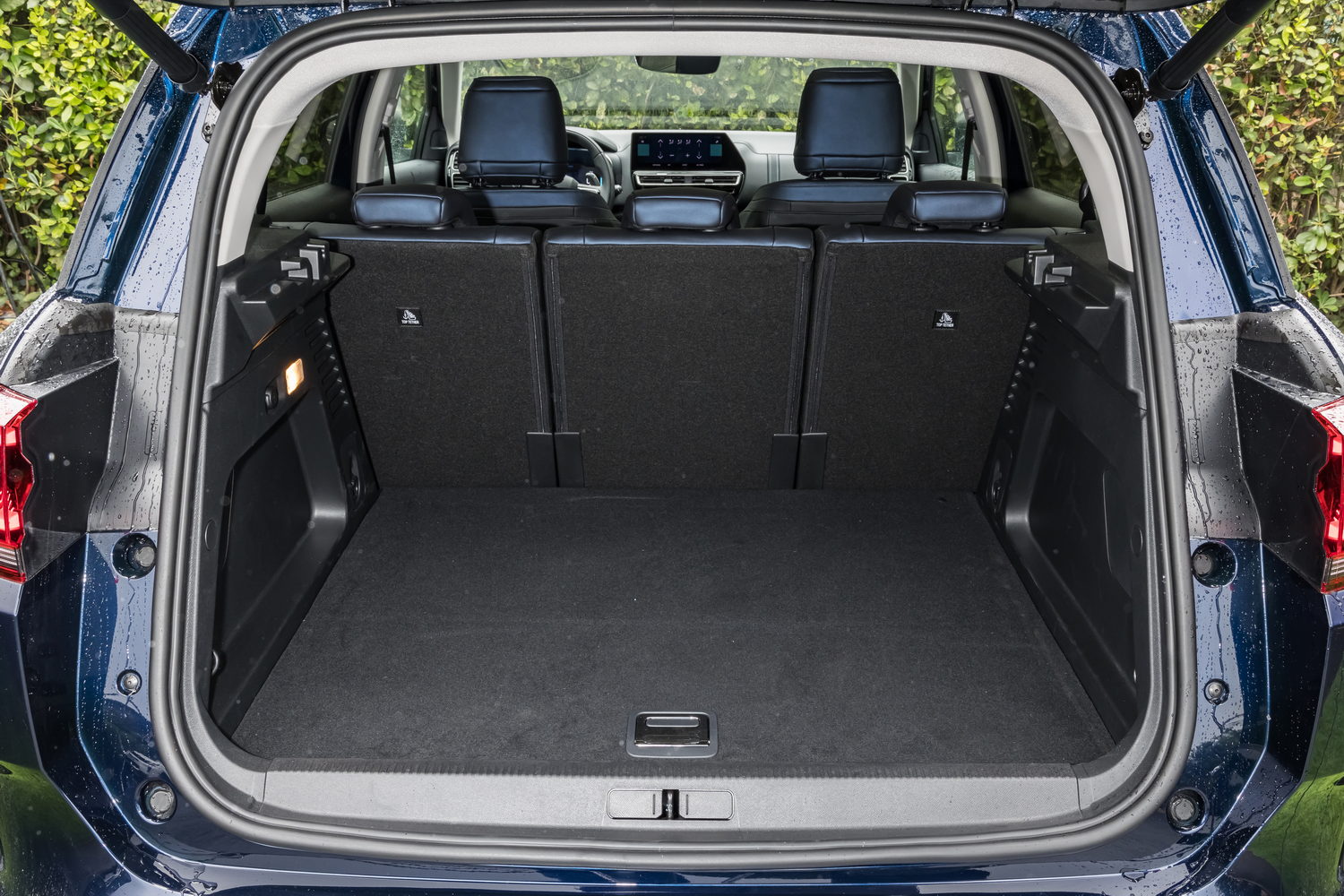 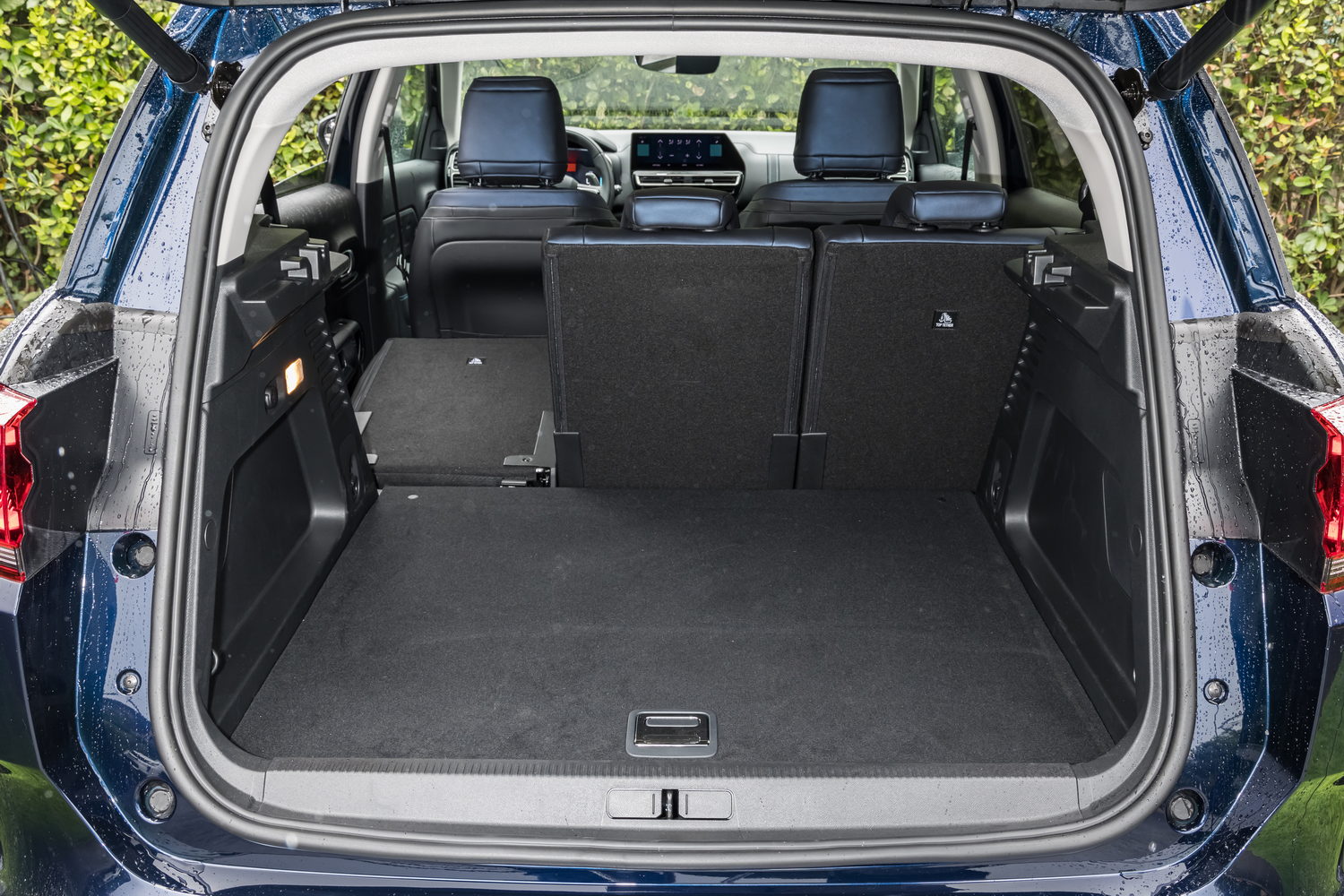 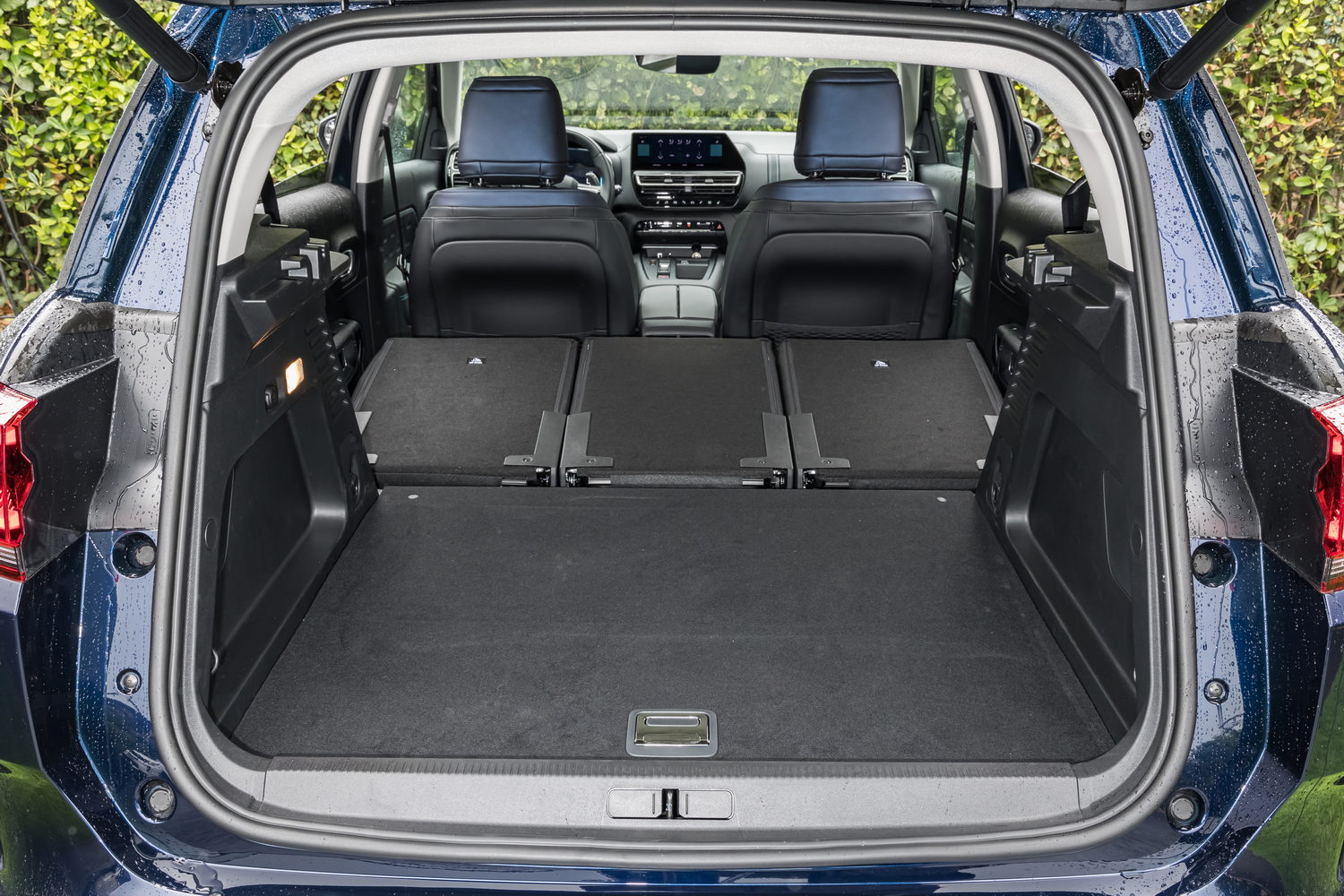 We've driven the revised Citroen C5 Aircross - focusing on comfort as ever.

In a crowded market segment, the Citroen C5 Aircross carves out its niche by prioritising comfort. While this refreshed SUV gains a sharper image than its predecessor, it remains pleasingly soft in all the right places.

In typical mid-life facelift fashion, the main changes to the Citroen C5 Aircross appear at either end. The front is most obviously new. The bonnet and front wings remain the same but everything else is different, including the new 18-inch alloy wheels. Where Citroen's double chevron logo previously extended outwards to form part of the upper lighting design, it is now a separate and more pronounced badge, as the brand is keen to portray its identity.

Indeed, the bisected headlight arrangement evolves into a new LED design with two distinct V-shaped daytime running lights projecting outwards in a similar way to that of the C5 X crossover estate that Citroen launched earlier this year. The shape of these light bars appears to run across the length of the 'grille' in the form of detailed stepped panels emphasising the front's three-dimensional look. Coloured round inserts make way for slimmer upright elements that add to the more vertical snout, while a metallic chin splitter across the base of the front bumper gives the C5 Aircross a more defined image.

Changes to the rear are less dramatic and focus on newly designed light units that feature a three-bar design - unlike the quad-oval look of the outgoing model. In the case of this plug-in hybrid model, the battery charge port is located on the left side of the car at the rear, opposite the petrol filler cap.

A new infotainment system accounts for the changes to the interior, as Citroen installed the 10-inch touchscreen that it uses in the C5 X. Android and Apple smartphone mirroring options are also present. The centre console layout has been tweaked to accommodate the new screen, with the central air vents moving to its base just above two banks of physical buttons for secondary functions, including climate control.

A switch to a smaller toggle-style drive selector for the automatic transmission frees up more space on the centre console and leaves it with a flat top. Two cupholders and a small open storage bin for keys and oddments join a wireless charging pad, and there is additional storage beneath the armrest.

The digital instrument display allows for some configuration and there's a good amount of adjustment for the driving position, too. Better still are the front seats, which Citroen applies its 'advanced comfort' philosophy to, meaning high-density foam that is thicker than is typically found in a car seat.

Citroen doesn't offer a seven-seat version of the C5 Aircross, instead preferring to prioritise comfort and interior space over adding two smaller seats in the rear. One aspect that sets the C5 Aircross apart from many competitors is that the rear gets three individual seats, with the two outer chairs featuring ISOFIX anchor points. There is 150mm of movement fore and aft for the rear seats and passengers can also recline the seat backs if desired. Movable seats means the boot space can vary from 460 litres up to 600 litres in the case of the plug-in hybrid. For the petrol version, the boot volume is 580- to 720 litres.

While some exterior and interior features have changed, the plug-in hybrid powertrain remains the same. It comprises a 1.6-litre turbocharged four-cylinder petrol engine and an 80kW electric motor fed by a 13.2kWh lithium-ion battery. It produces a maximum output of 225hp, which is more than enough to make the Citroen feel brisk.

Every time the C5 Aircross starts, it begins in its electric mode by default, even if there's only a small amount of charge in the battery. Thankfully, it only takes as little as two hours to replenish the battery, and that can be enough for up to 55 kilometres of purely electric driving. For some that should enough to cover most daily trips to work or a school and shopping run, and with some tactical charging along the way it can mean the petrol engine will rarely activate. In the warm weather of our first drive in the car, that range figure did take a dent on account of the greater use of the air conditioning, but it was still able to deliver more than 40 kilometres across some mountainous terrain.

When it does need to spark into action the engine is generally a hushed operation provided you aren't driving the Citroen with any significant vigour. With an empty battery the five-seat SUV reverts to driving like a conventional hybrid, so it will shut off the engine frequently, when coasting or stopping at traffic lights, for example.

The steering is well judged and rarely requires anything more than a quarter turn of the wheel, and despite its size, it is a reasonably easy vehicle to place on the road and park, with a 360-degree camera system proving helpful.

Comfort is a big part of the makeup of the C5 Aircross and in a world where so many car makers try to instil a sense of sporty dynamism with stiffer suspension and bigger wheels, the Citroen provides a pleasant alternative. Its progressive hydraulic cushion suspension helps it be a very comfortable car. The 18-inch wheels allow for plenty of extra cushioning in the generous tyre sidewalls, and the front seats do their bit too. It's not quite a magic carpet ride, but the C5 Aircross does a good job of isolating the usual lumps and bumps from the cabin, which is also decently insulated from road and wind noise.

The introduction of the updated Citroen C5 Aircross brings with it an increase in price. It now starts at €38,990 for the PureTech 130 petrol model with manual gearbox in Feel Pack specification. If you want to upgrade that to the eight-speed automatic, there is a premium of €4,530, and the annual rate of motor tax increases from €210 with the manual to €270 with the auto. Pricing for the 1.5-litre diesel starts at €39,770 for the manual and this has one of the lowest rates of motor tax in the C5 Aircross range, at €200 per annum. Only the plug-in hybrid beats it in that regard. Again, there is a premium for choosing the automatic diesel, costing €2,720 more in the Flair Pack spec.

Moving up to the now mid-level Flair version adds equipment, including an electrically adjustable driver's seat, half-leather upholstery with Alcantara and the new 10-inch touchscreen display with My Citroen Drive. The PureTech 130 manual costs €41,120 while the diesel manual is only slightly more at €41,200. The Flair specification is also the entry point for the plug-in hybrid, costing €48,500.

Topping the range is the C-Series specification, which adds 19-inch wheels, a bronze exterior colour pack, a full leather interior, hands-free tailgate and highway driver assist for cars equipped with an automatic transmission. In this specification both the petrol and diesel cost from €42,990 with the plug-in hybrid at €50,800. Finance deals for the Citroen C5 Aircross start at €380 per month with a 1.9 per cent APR.

By prioritising comfort, the Citroen C5 Aircross sets itself apart from the vast array of models competing for buyer attention in the mid-sized SUV segment. It offers generous levels of interior space and a good degree of versatility, too. The plug-in hybrid model may be the more expensive option, but it is the version that offers the most refinement. Without a fully electric option to choose from, this could be the least costly to run, while also having the lowest local emissions. 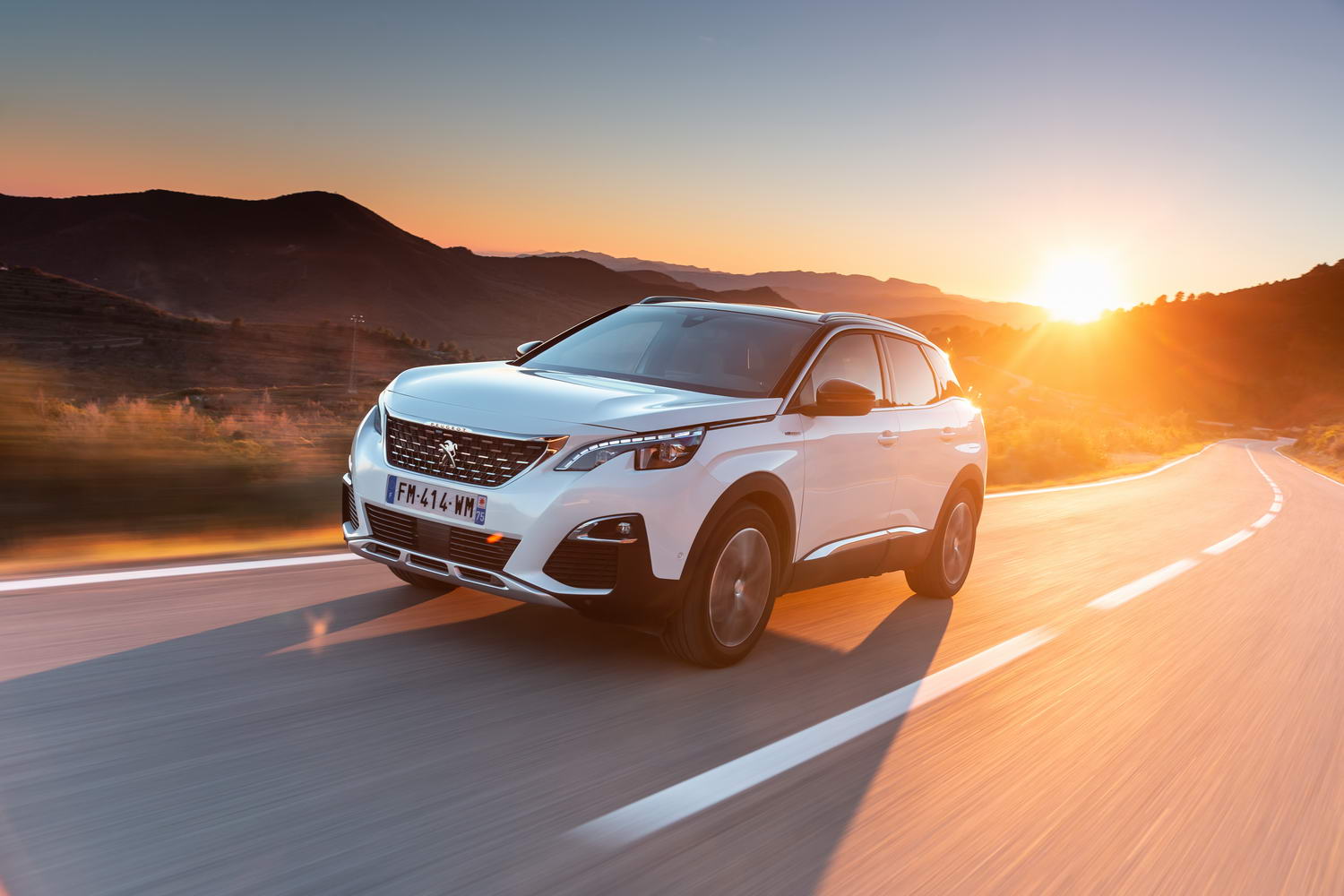 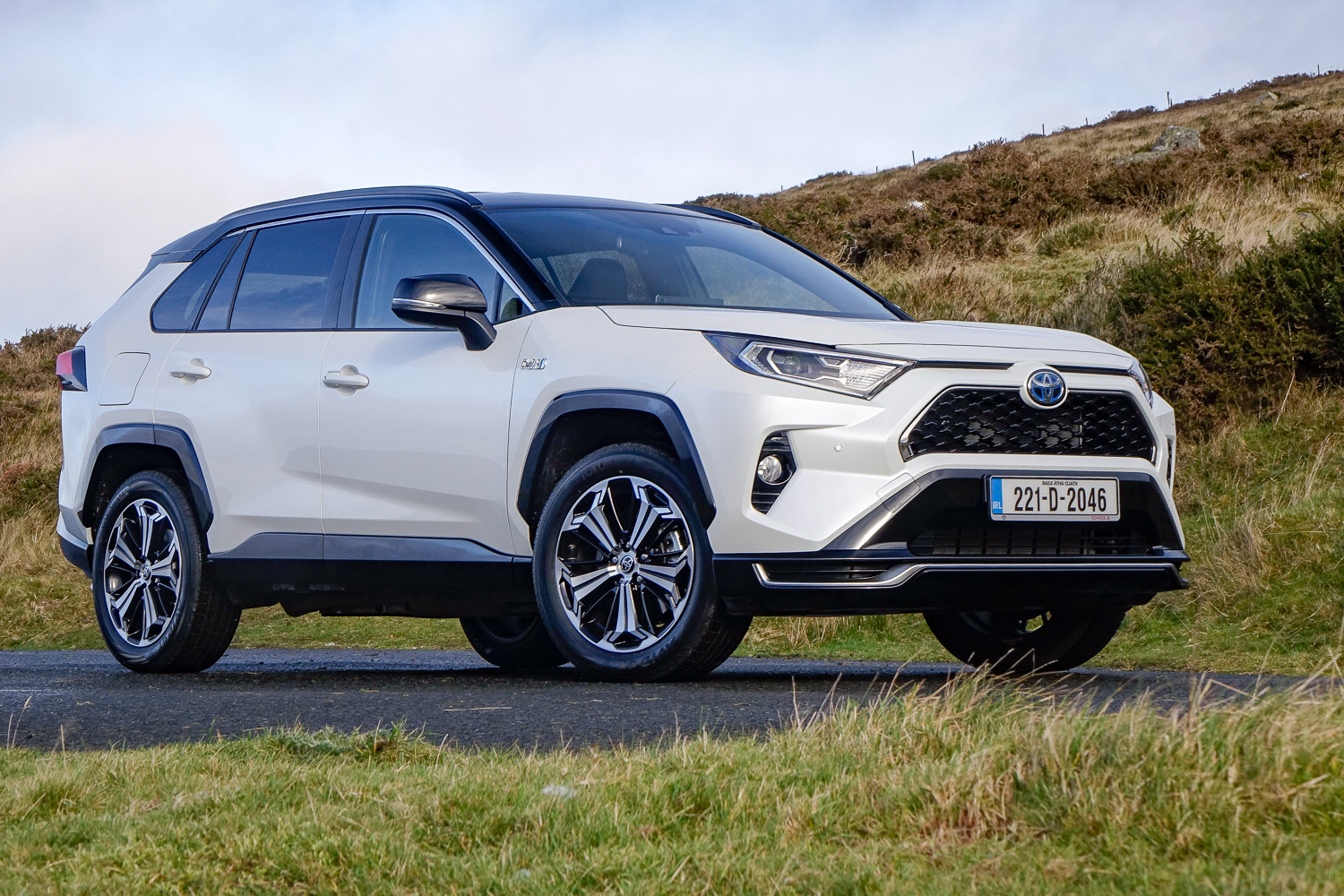