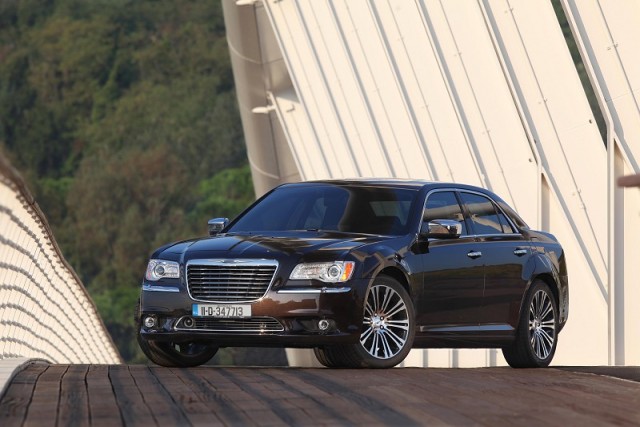 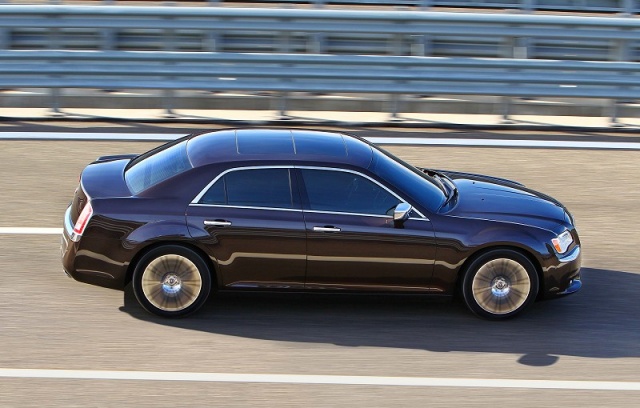 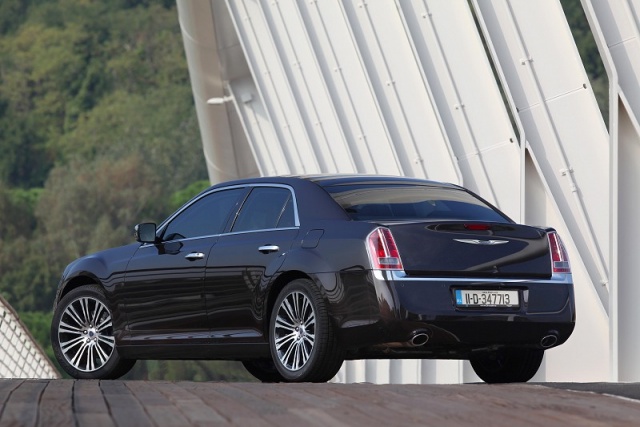 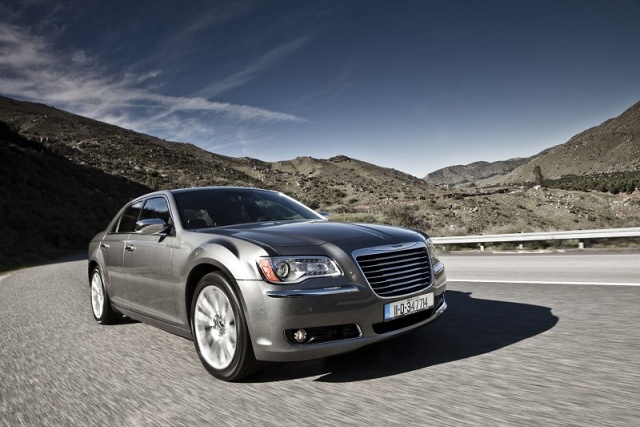 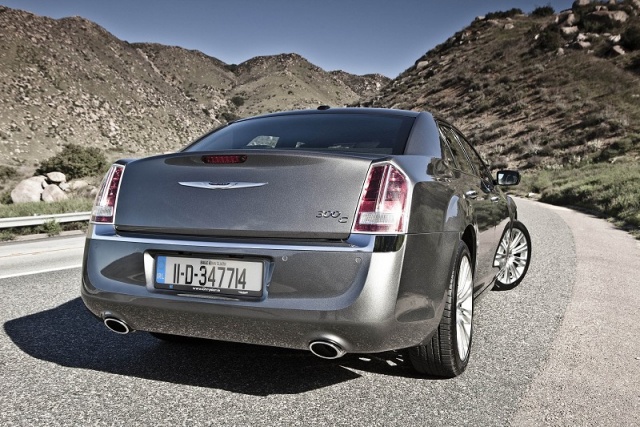 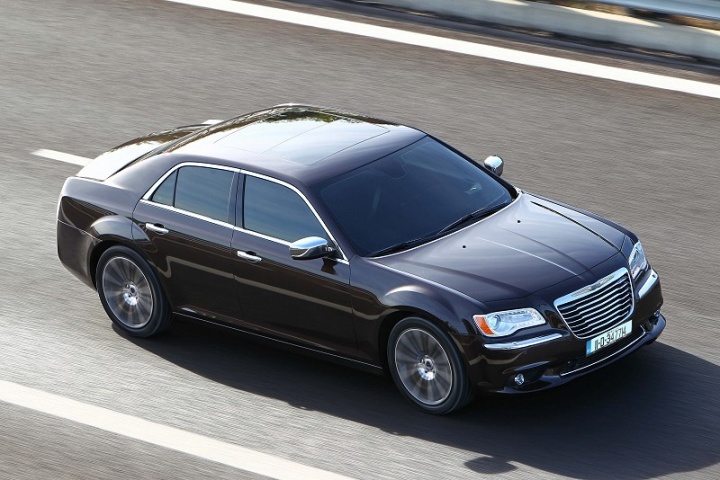 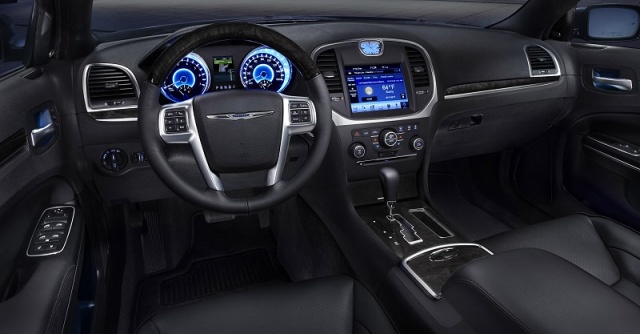 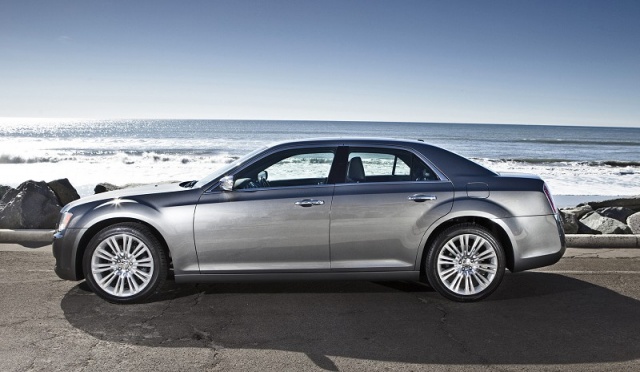 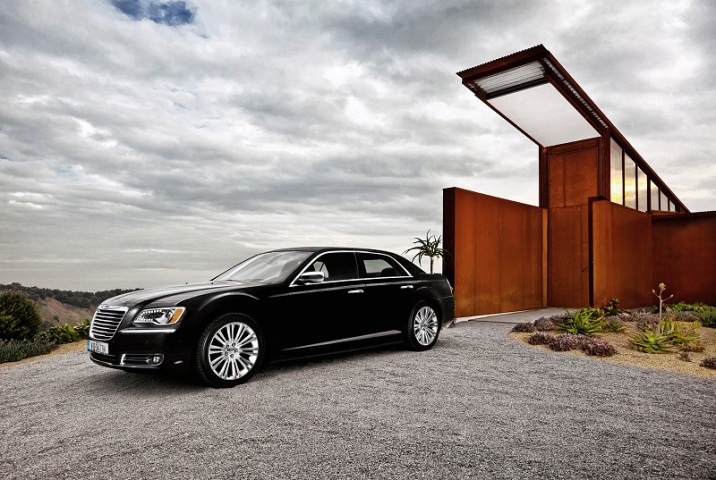 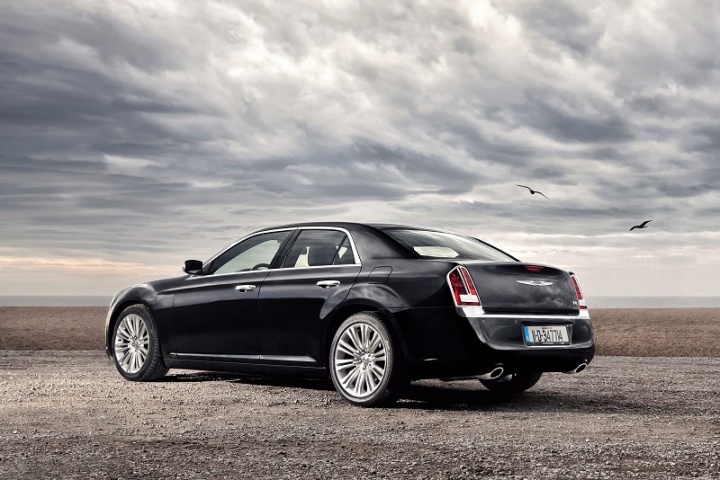 The new Chrysler 300C arrives in Ireland late in 2012. We've already driven it.

Updated on June 1, 2012 when Chrysler Ireland revealed pricing and specification:

The original 300C was a landmark car for the Chrysler brand, and though it's a left-field choice on this side of the Atlantic it's not without appeal. The new version builds on its predecessor's strengths of comfort, space, individuality and value while stepping closer to its European rivals in terms of dynamics and quality.

We reckon the new 300C looks even more American than it used to. That's a good thing in a segment dominated by relatively conservative German design - Jaguar XF aside. Up front the latest Chrysler grille is flanked by HID headlamps with LED daytime running lights. The windscreen is more raked than before, giving the 300C a much sportier stance. That's enhanced by muscular front wings and the new shape of the boot lid, which features a built-in spoiler and distinctive 'peaked' lights.

The changes are just as all-encompassing inside. The dashboard and door cards are new and the materials used are noticeably better than before. It helps that leather is standard. It's a luxuriously spacious cabin, backed up by a sizeable boot. There's more interior space than in similarly priced cars and the doors open incredibly wide for easy access.

Apparently there were worries within Chrysler that replacing the Mercedes-Benz diesel engine of old with a new Fiat/VM developed unit might upset buyers, but they needn't worry, as the new 3.0-litre V6 is a gem. In fact, it's reminiscent of Jaguar's latest unit of the same size, being hushed most of the time. It sounds just fine if you extend it too. All 300Cs sold in Ireland will feature a 239hp version of this engine. With 550Nm of torque from just 1,800rpm it's effortlessly quick. It's most impressive on a cruise and on part throttle where it feels there's always loads in reserve.

That's in keeping with the 300C's personality. This is an executive car that focuses first and foremost on being comfortable. It achieves that thanks to a compliant ride and its smooth five-speed automatic gearbox. Despite that, body control is commendably good - if not as iron fisted as in the most dynamic German alternatives. The steering is more direct than before, if not particularly full of feel, though the brake pedal modulation is spot on, allowing for smooth stops from any speed.

The official word is that there will be no successor to the quirky 300C Touring. That's a shame. However, there will be a hot SRT model, likely powered by the latest V8 Hemi engine. More bad news there for fans here, as it'll only be made in left-hand drive. Instead, we'll be offered an 'S' upgrade with lowered suspension and more aggressive body styling. Also in the works is an eight-speed automatic gearbox. It's already available in some markets with a petrol engine, but will soon be here for the turbodiesel models - and it's likely to reduce emissions and fuel consumption by a significant margin.

Nobody expects the Chrysler 300C to draw customers in their thousands away from Audi, BMW and Mercedes-Benz dealerships. However, the 2012 version moves the game on significantly for Chrysler and it can now be considered in the same breath as the likes of the A6 and 5 Series. It's not as polished dynamically, but it's incredibly comfortable, refined, well specified and very spacious. Looking for all that in a package that's a little more interesting than the norm? Pop into your local Chrysler showroom and check out the new 300C.