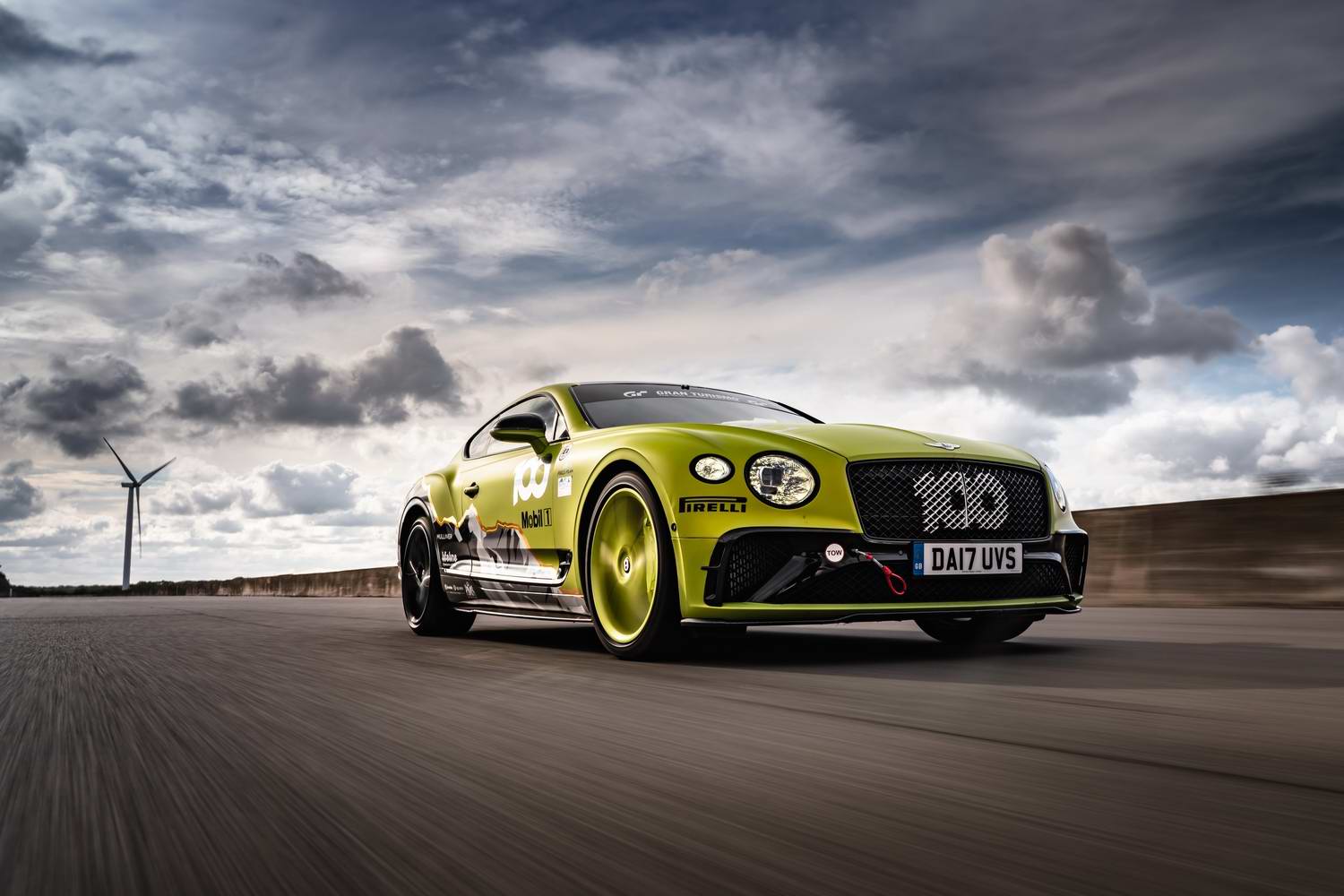 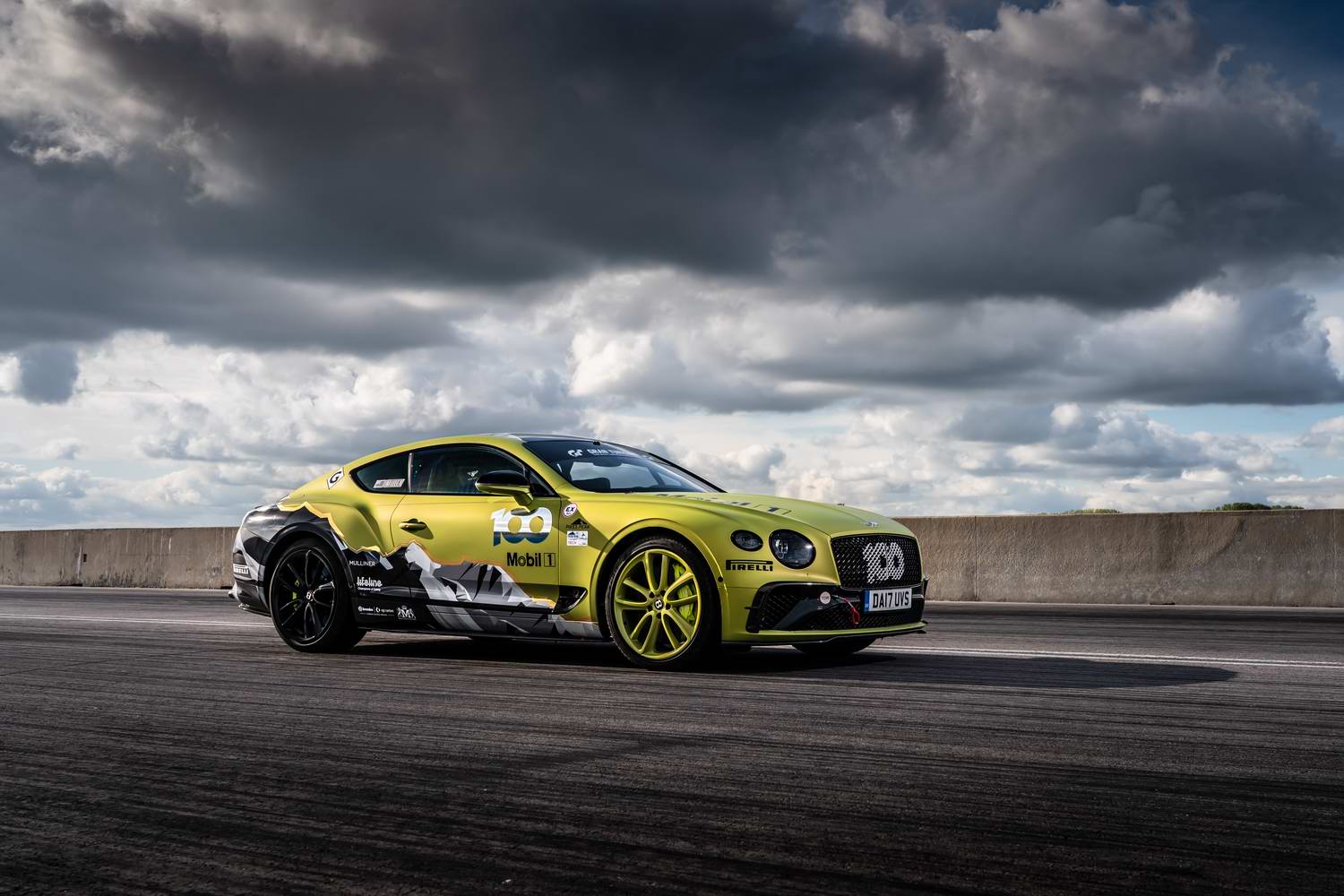 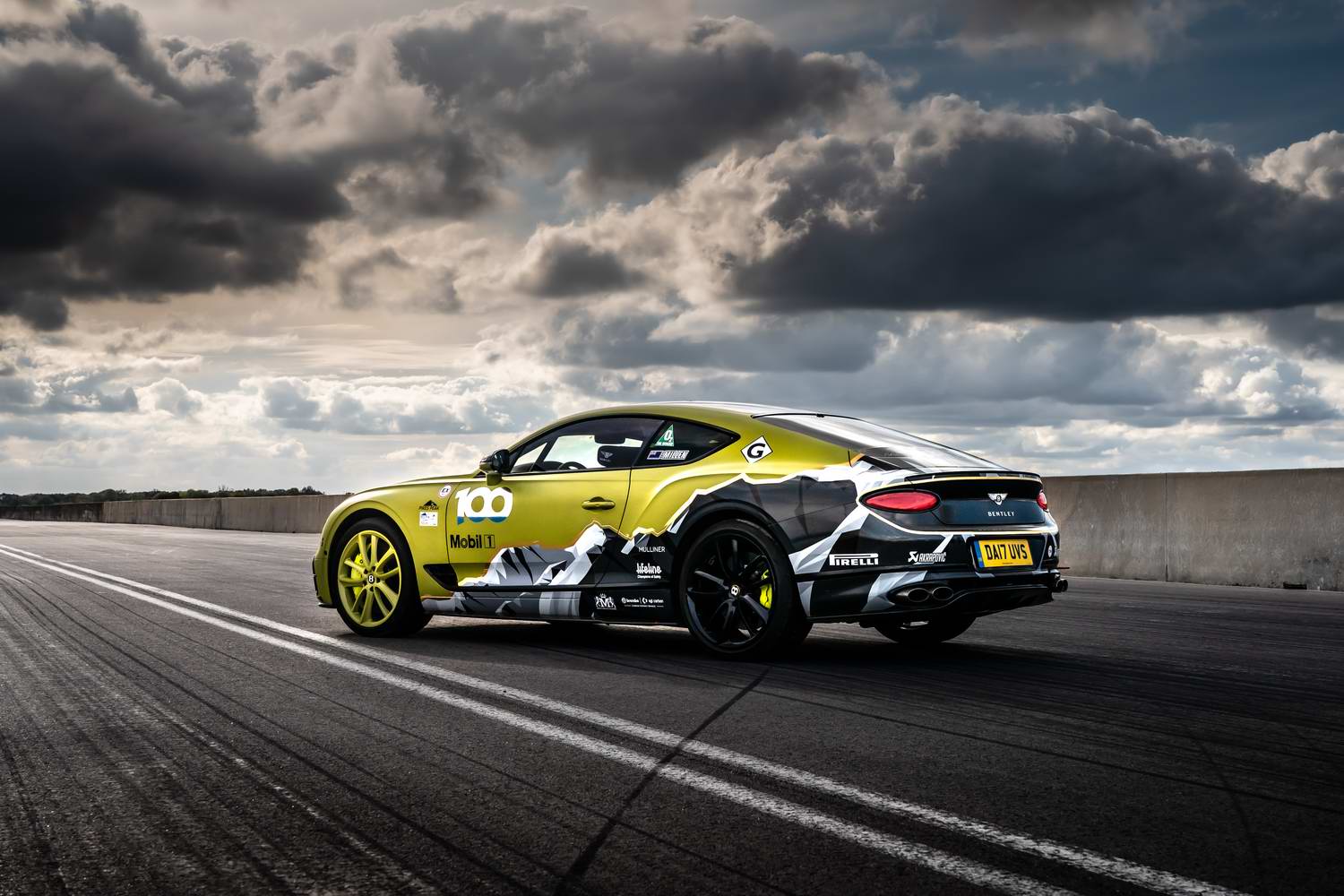 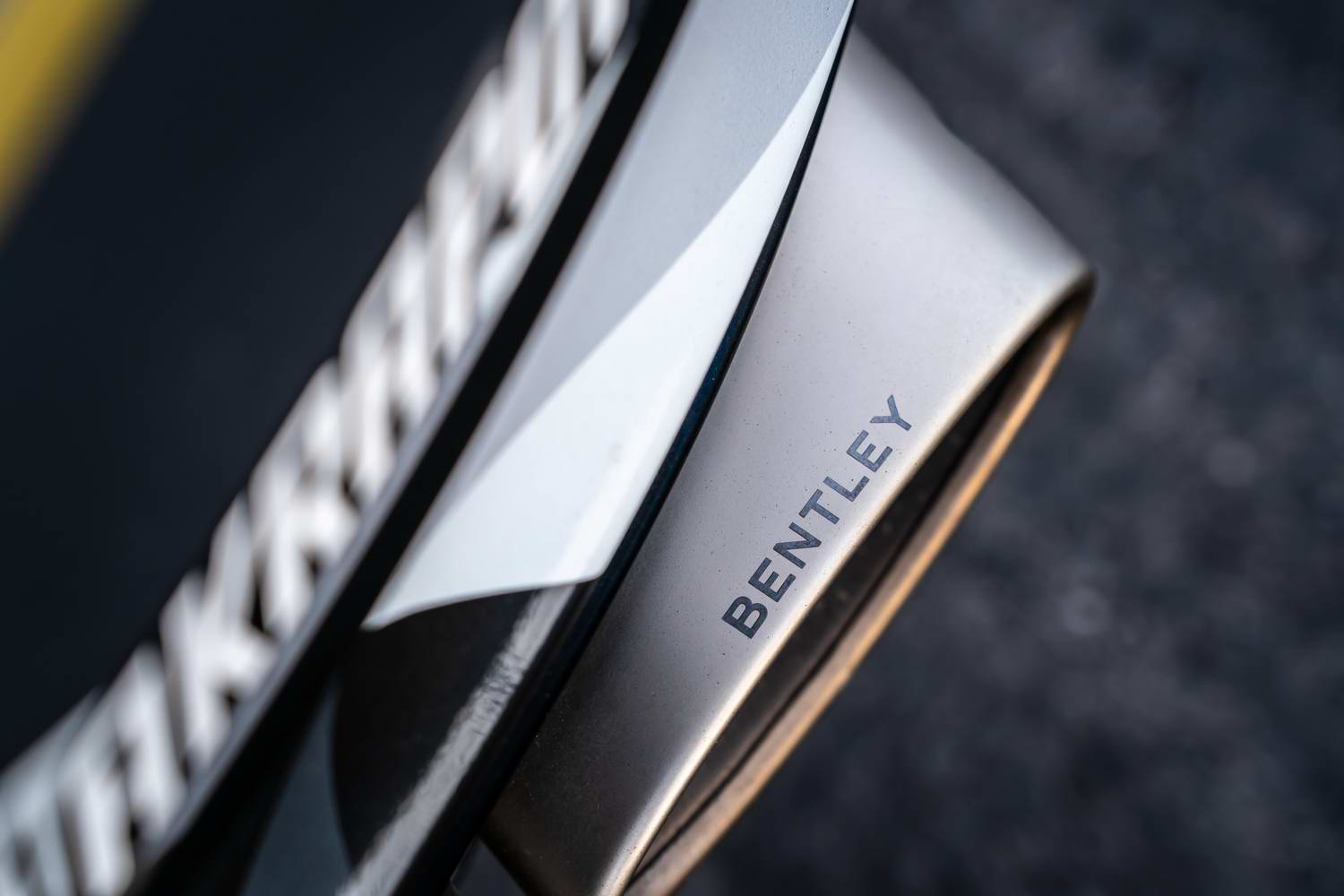 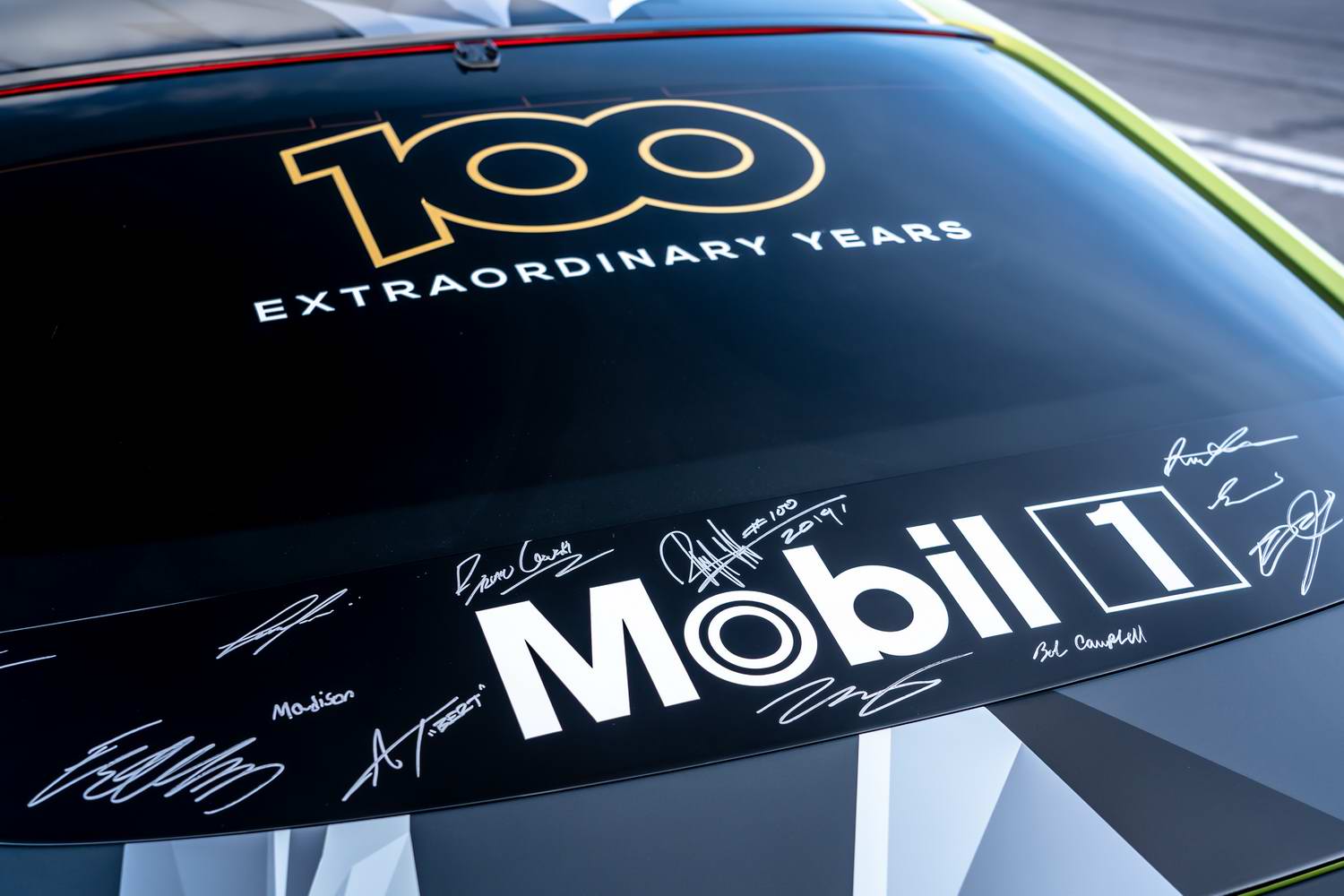 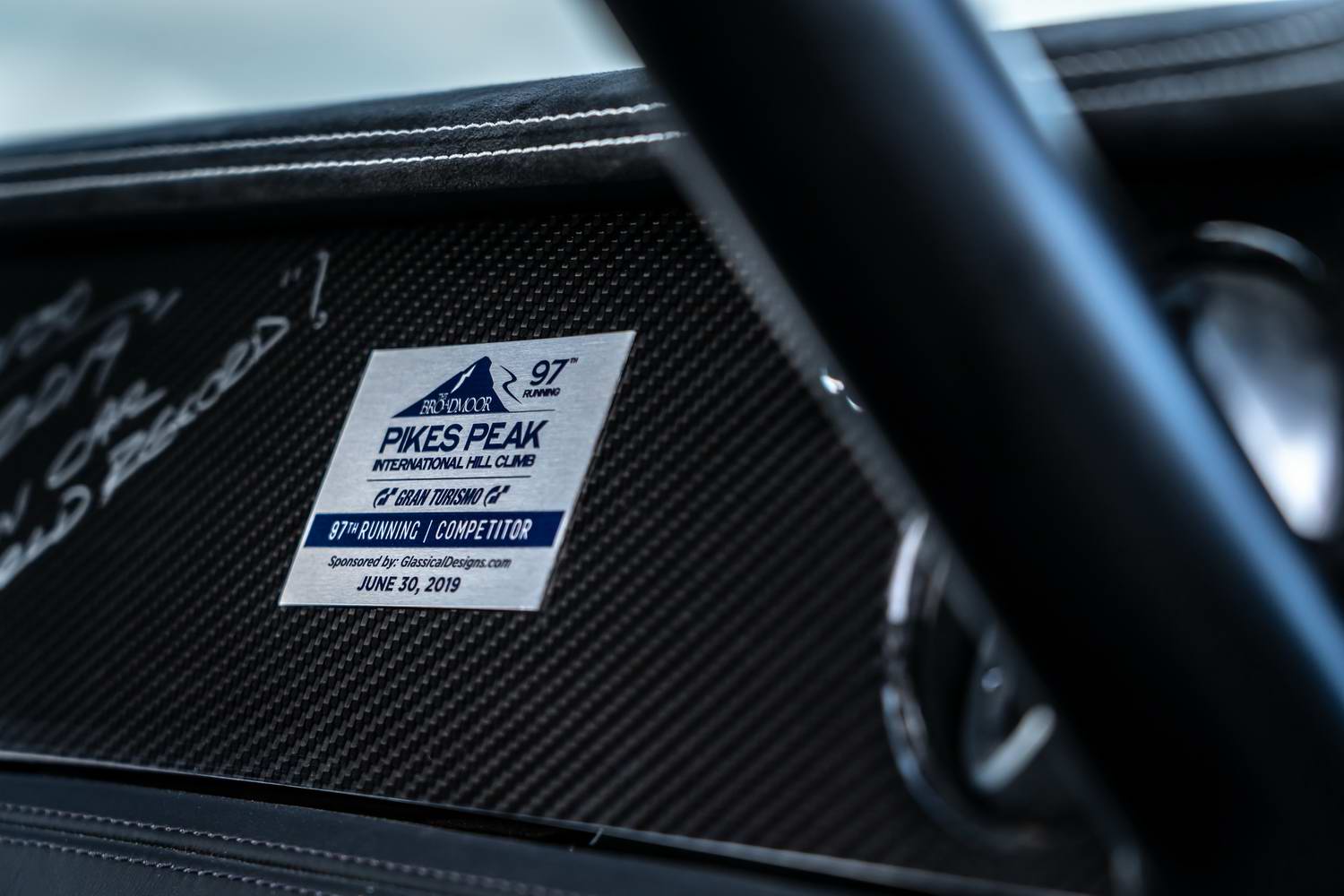 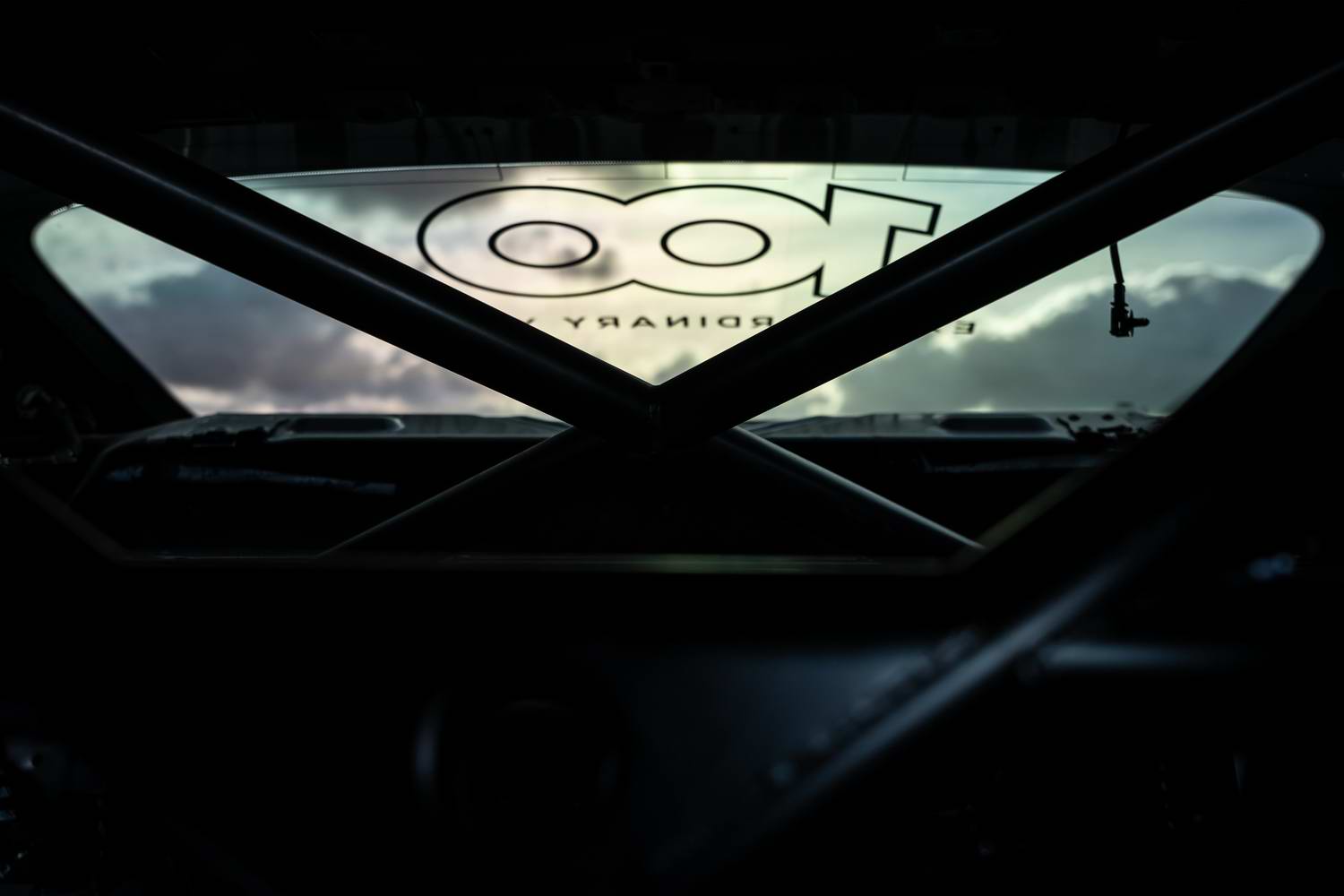 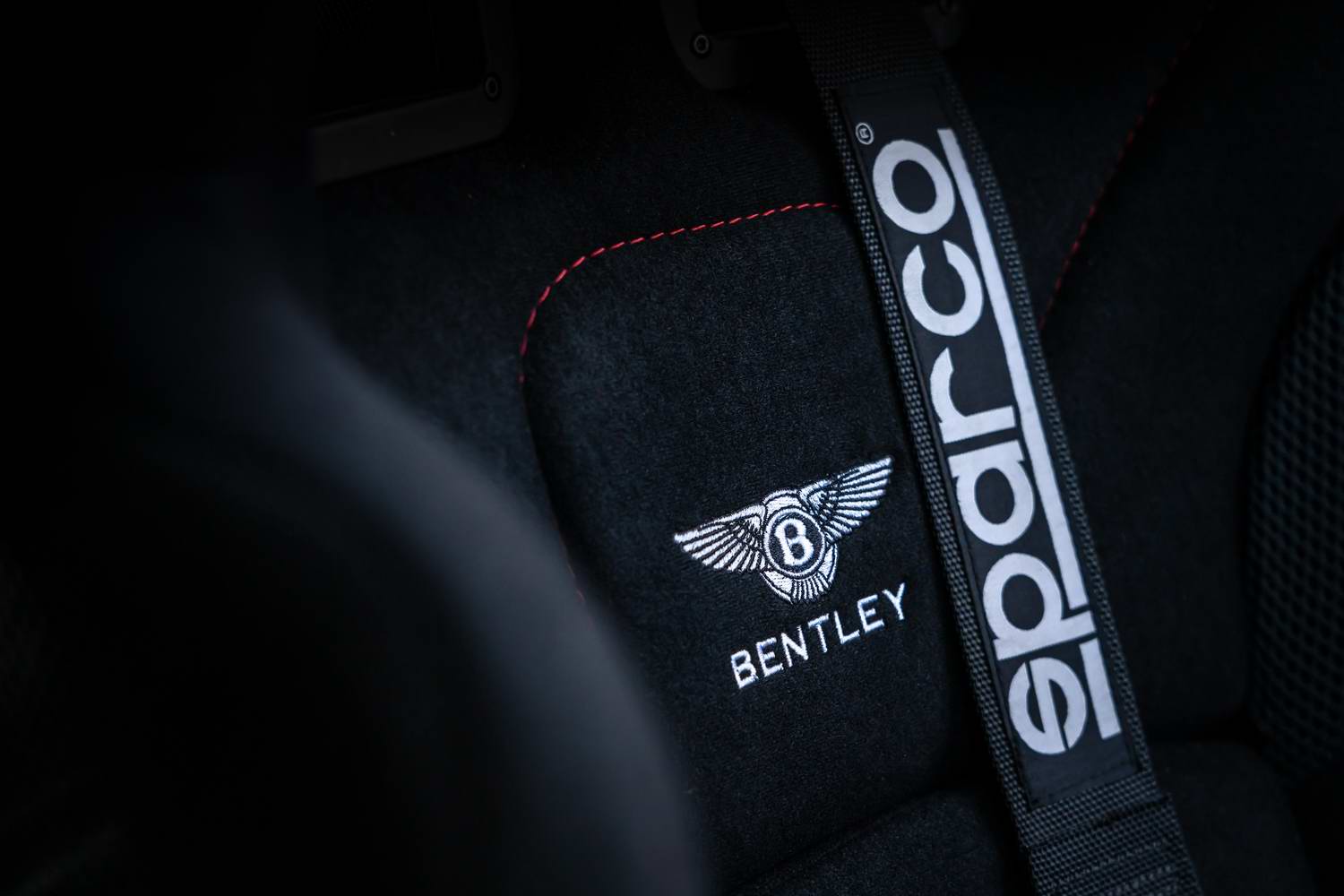 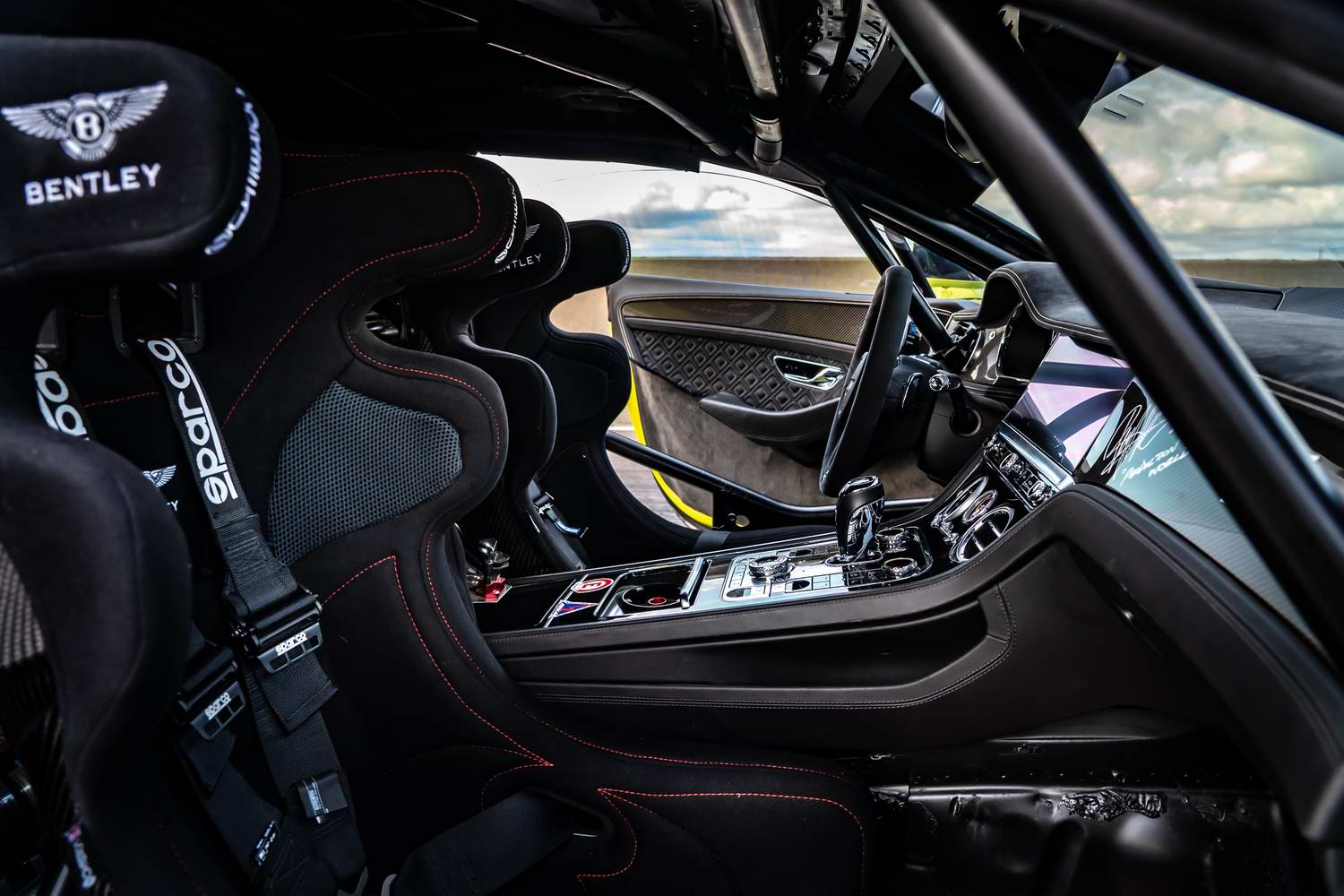 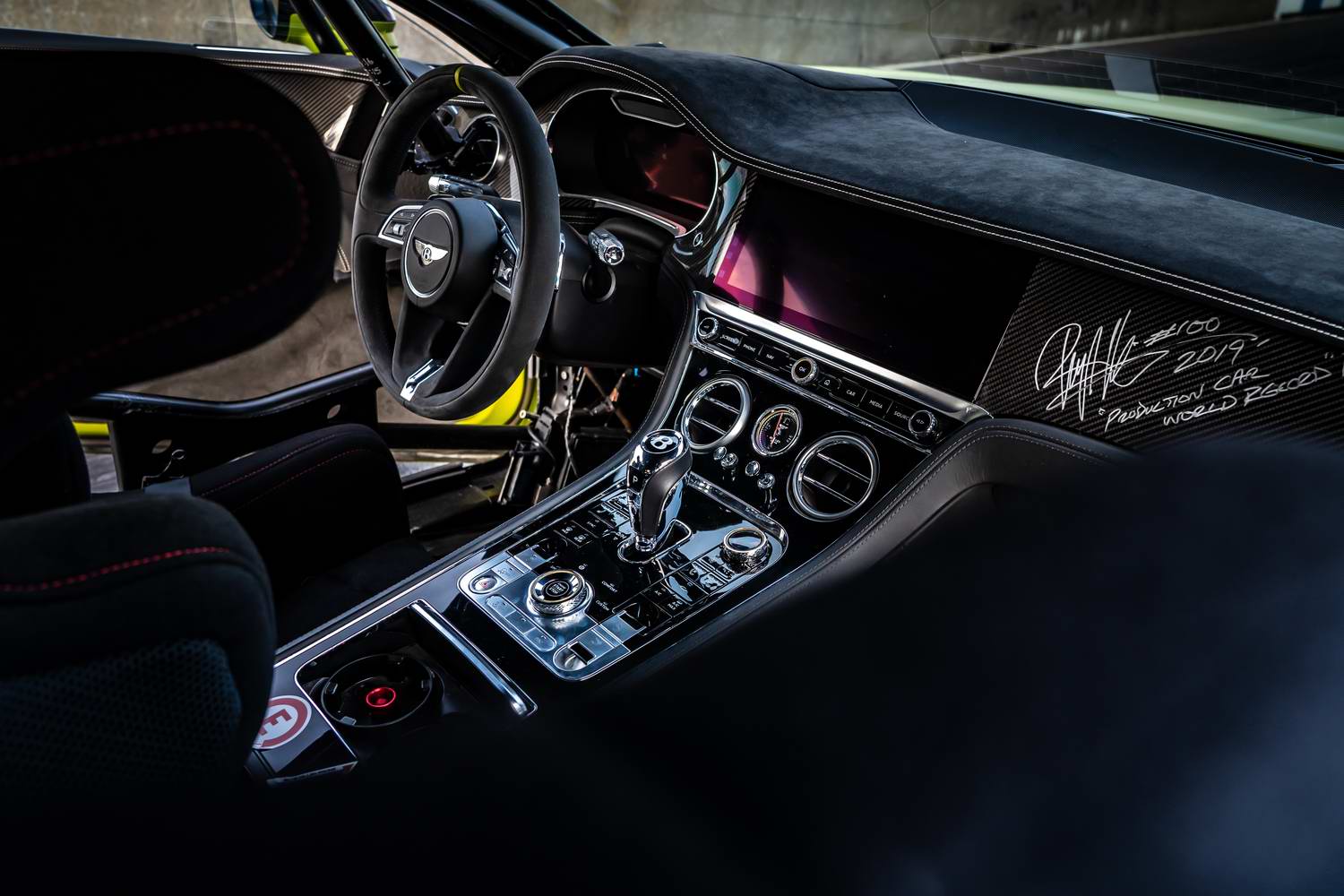 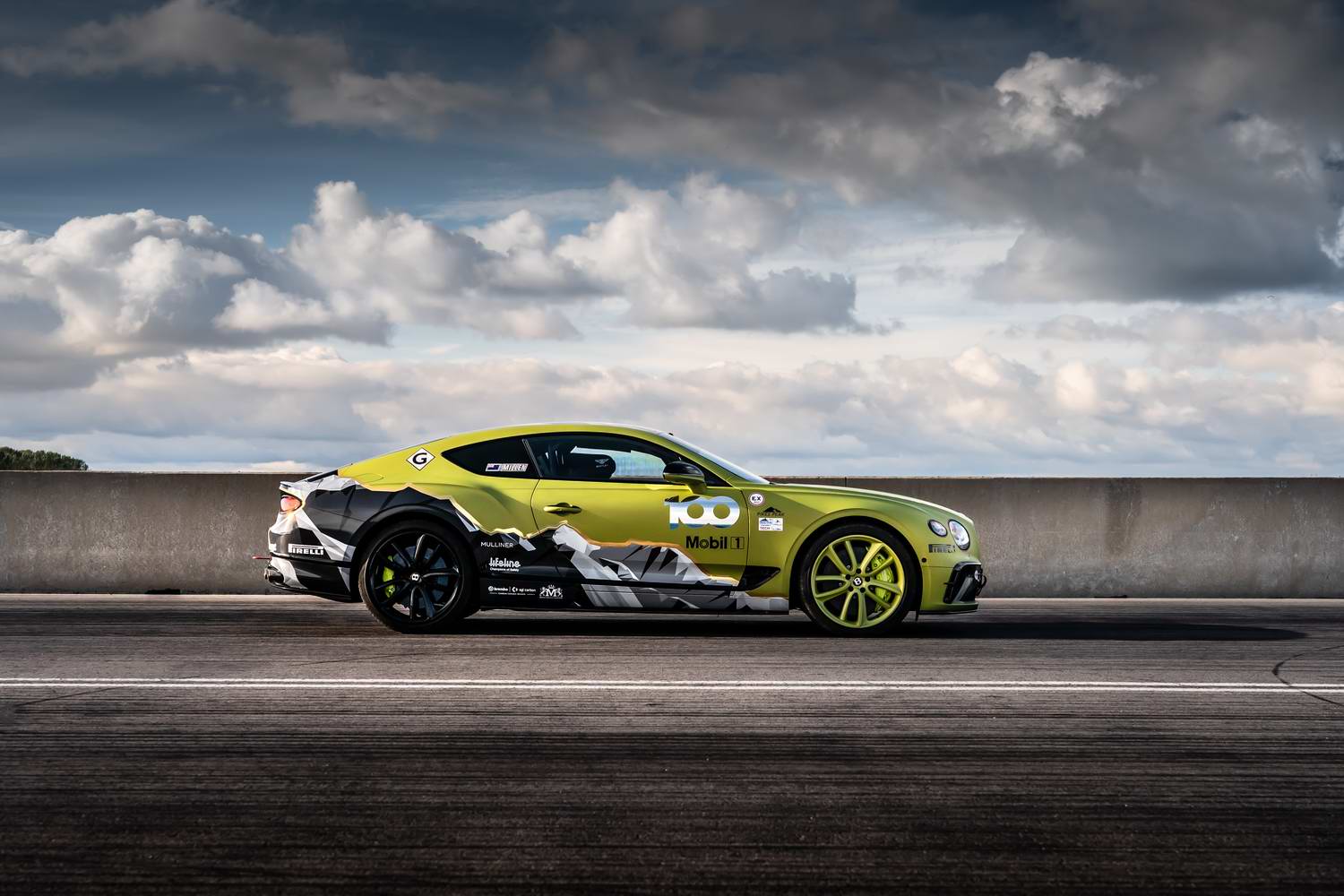 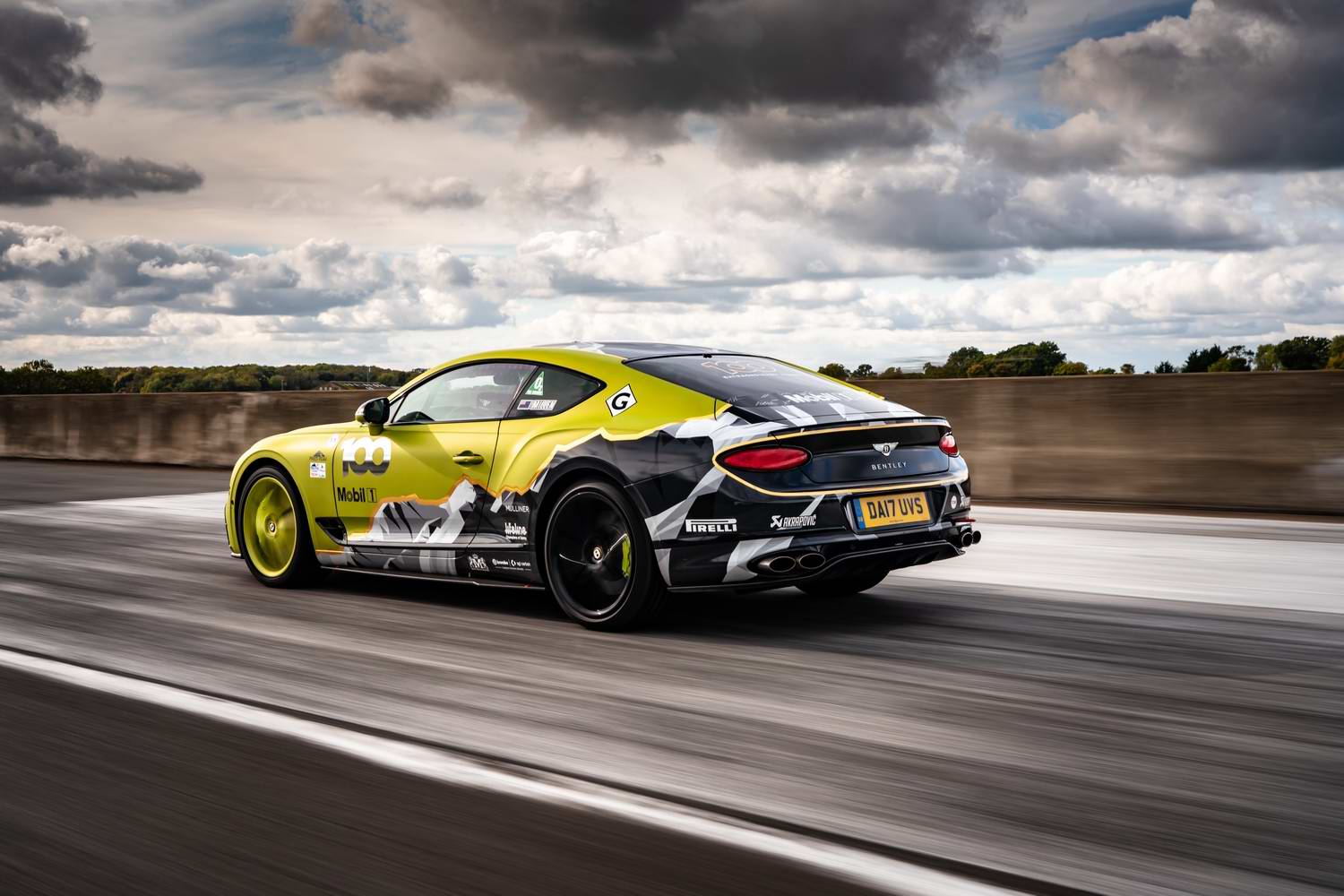 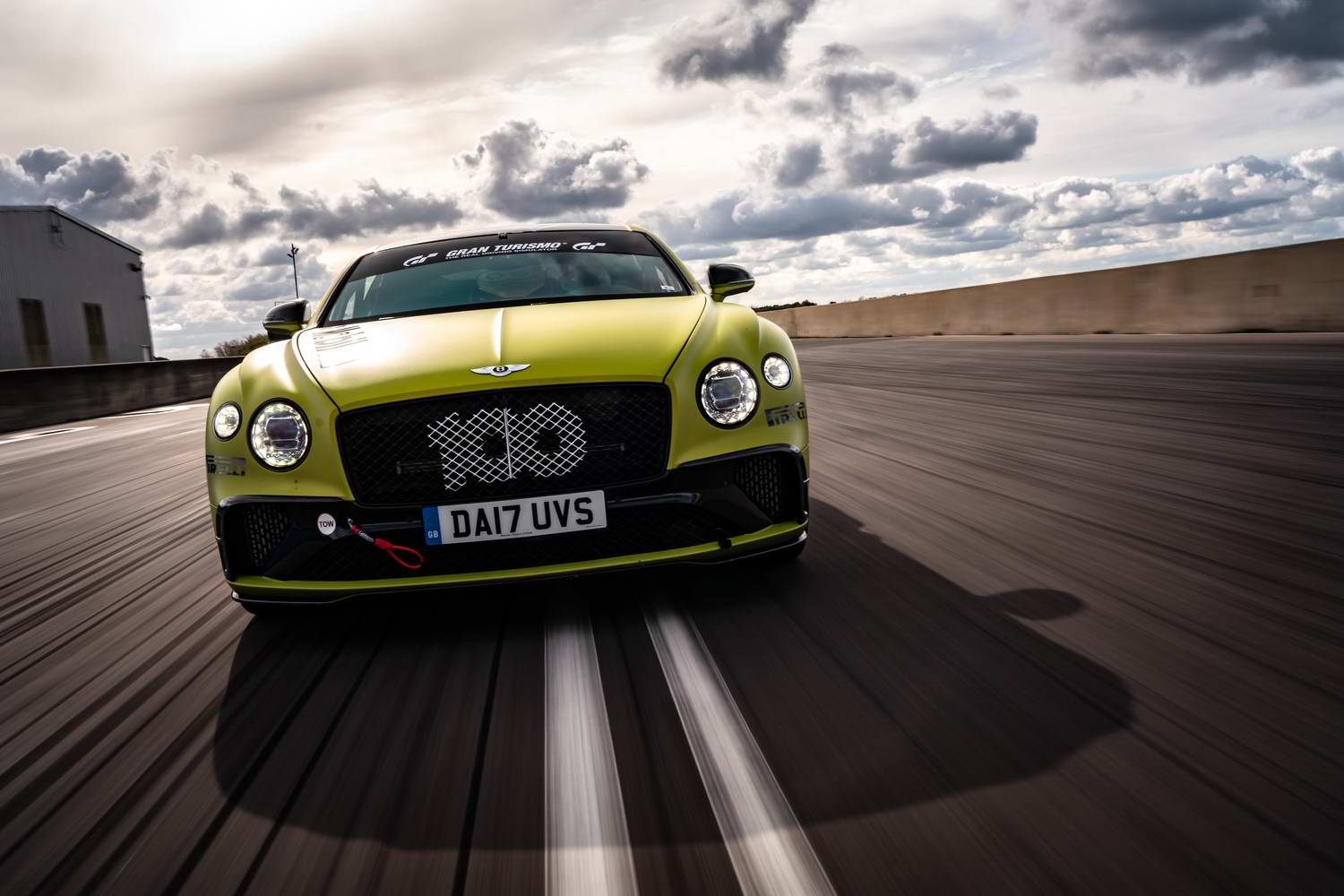 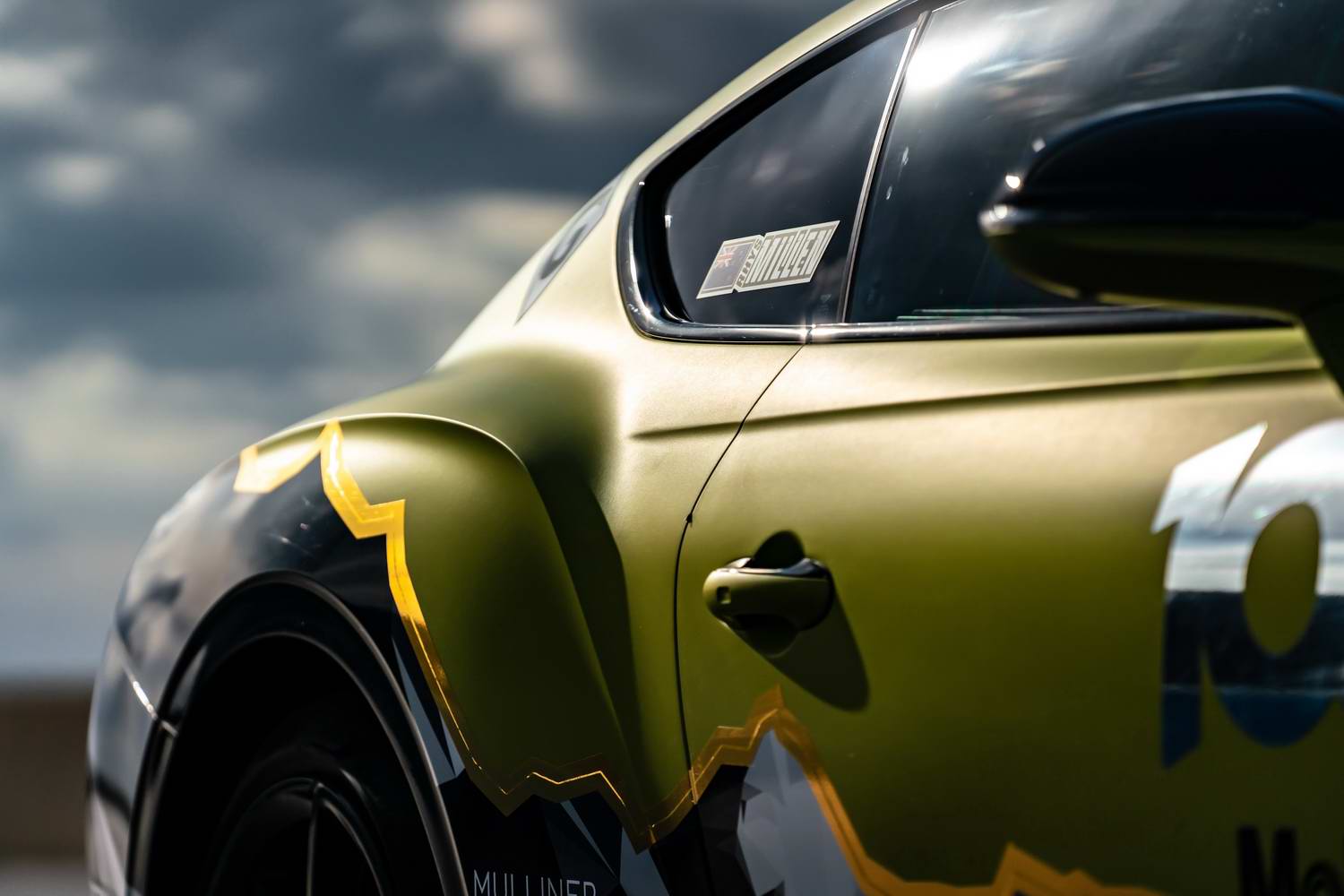 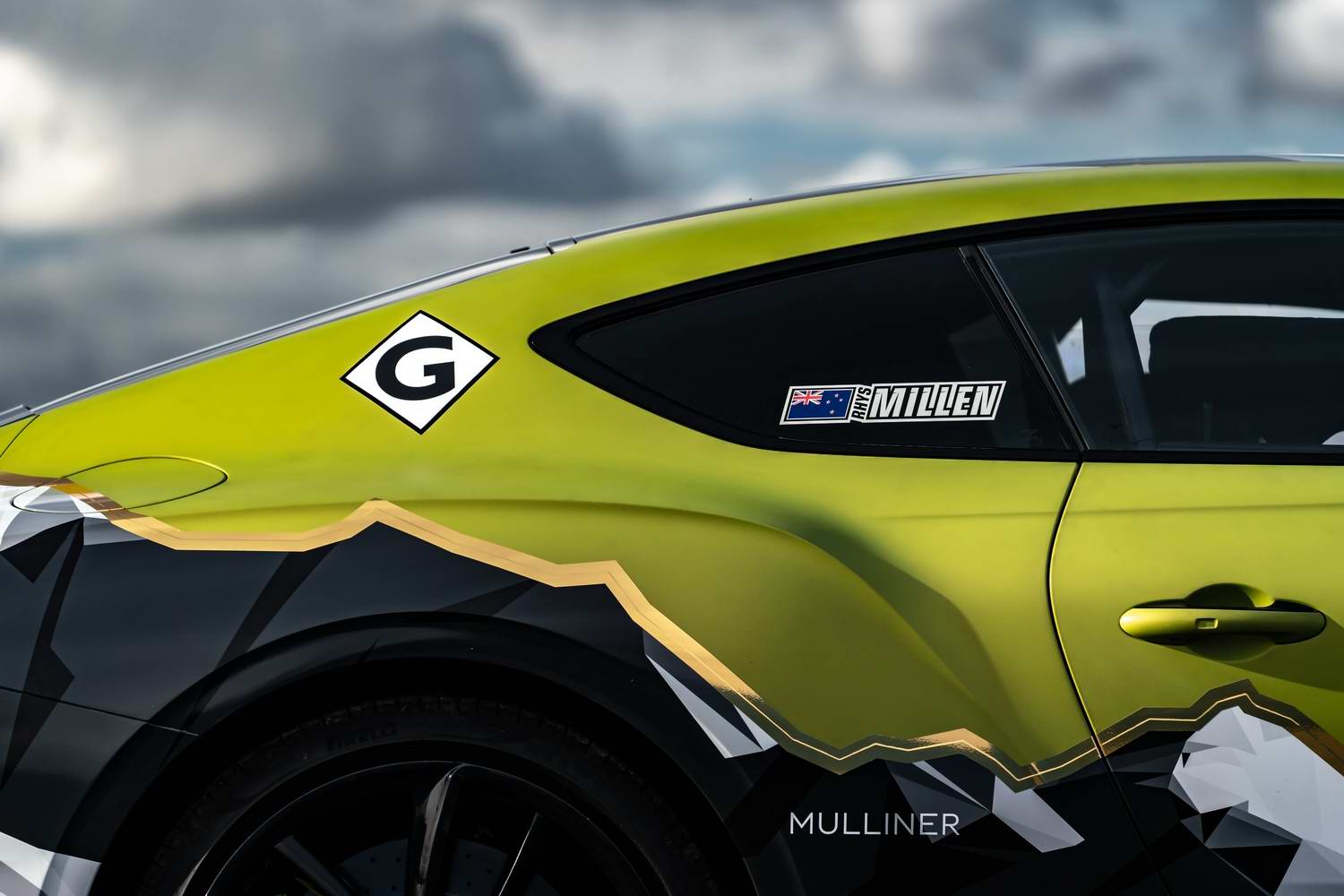 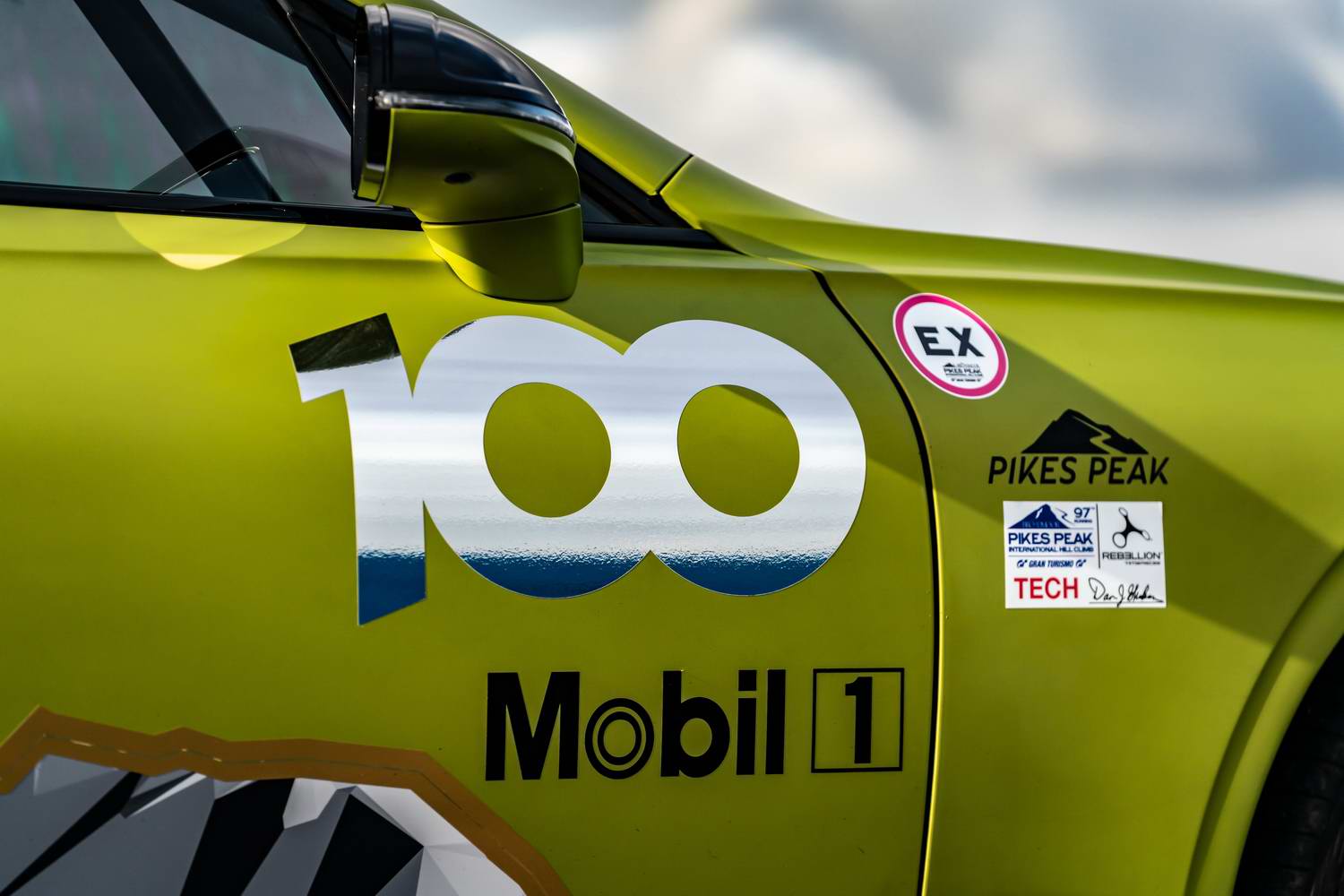 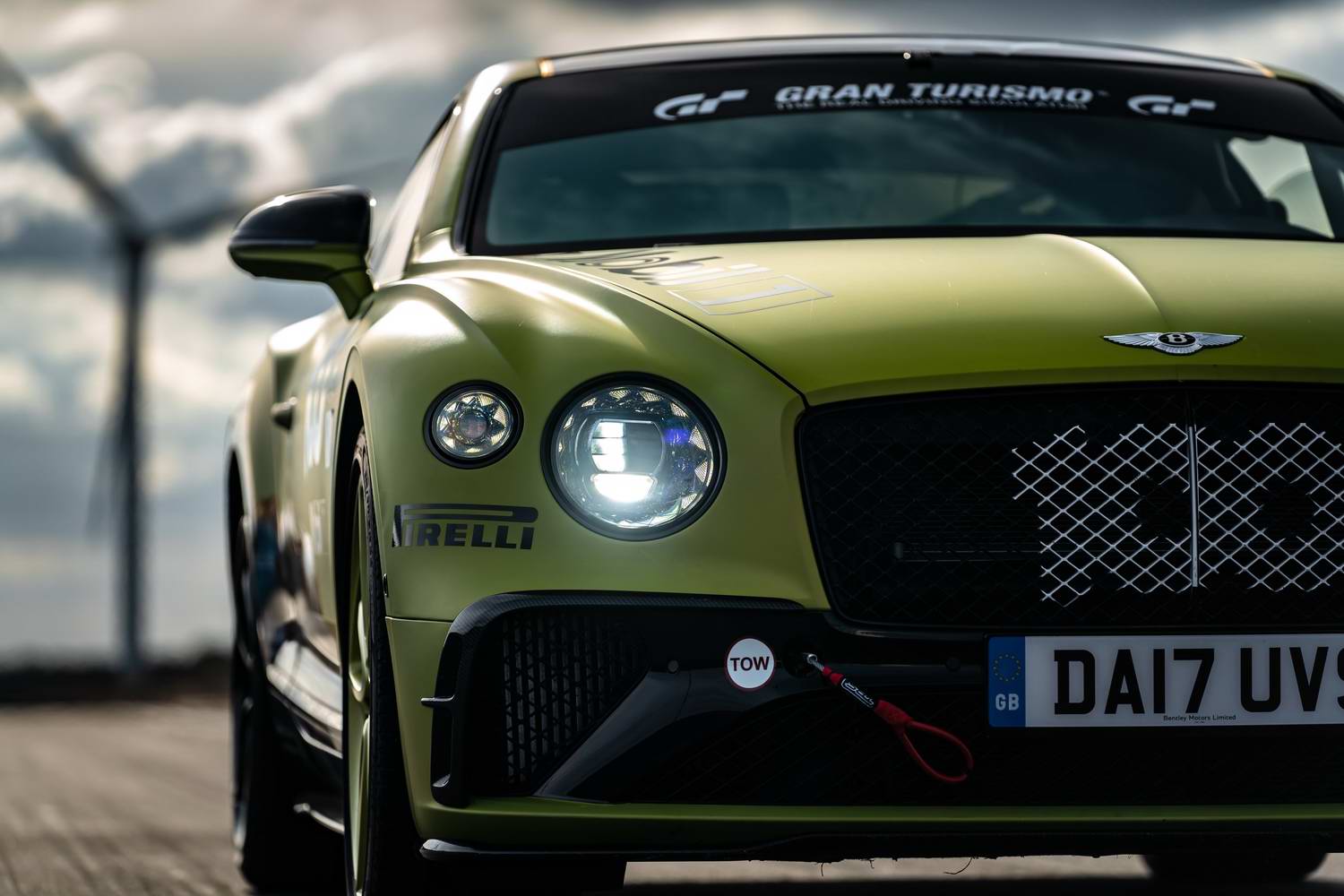 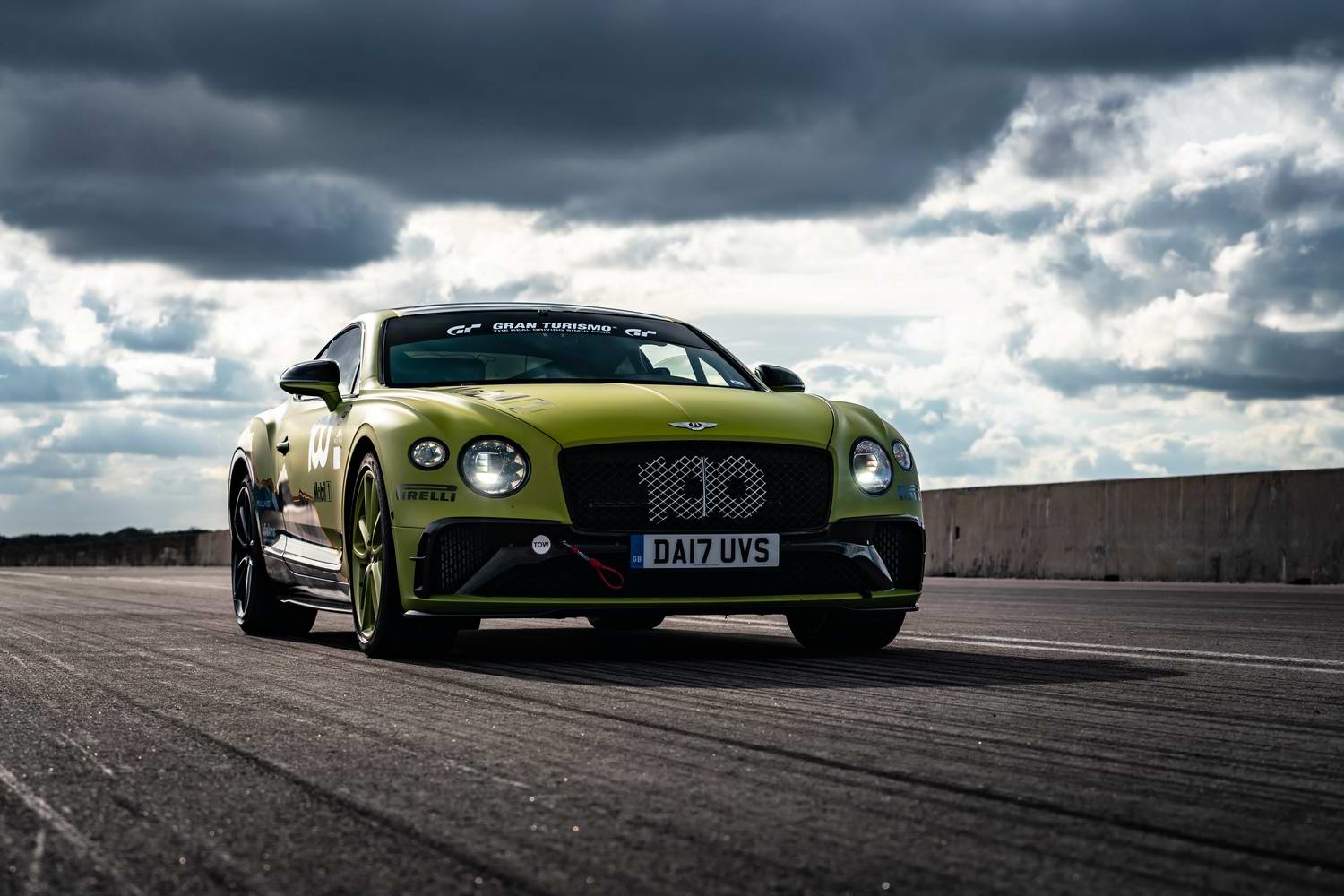 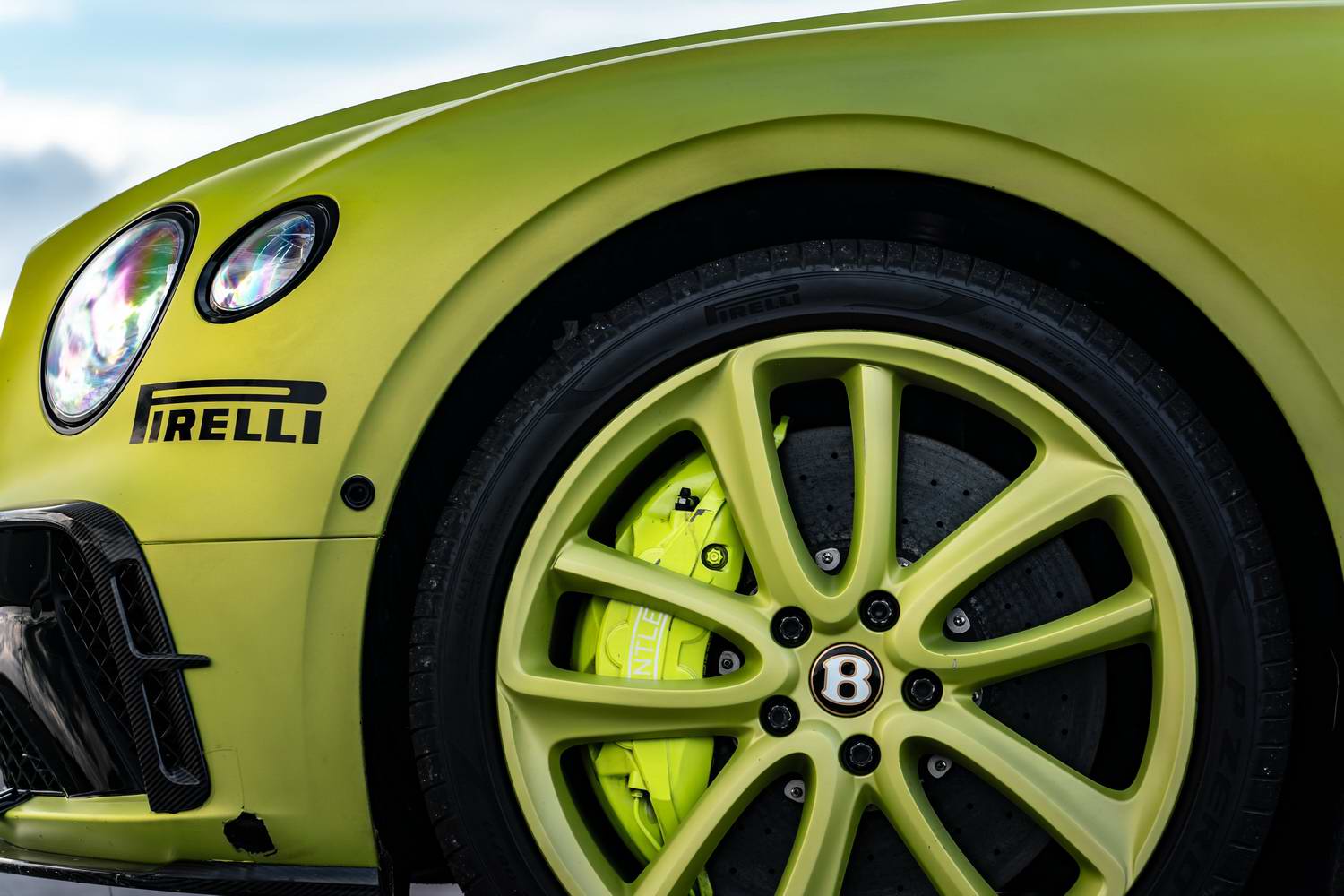 We get a blast in the record-setting Bentley Continental GT Pikes Peak hillclimb monster.

It's loud. Like, loud loud. Ear-splittingly loud. Fantastically, outrageously, phenomenally loud. And what's weird about this is that it's a Bentley; a modern-day, third-generation Continental GT, no less, fitted with the 6.0-litre biturbo W12 engine. Which we've often observed, is quite a subdued operator. Most odd.

There's nothing subdued about this car, though, a fact that should be blatantly apparent when you walk up to it and clock its lurid 'Radium' green paintwork with black-and-silver decals and detailing. Or the fact its front alloys match the acid-hued leading sections of the car, while the rears are dark and moody. Or the fact that, when you swing open one of its hefty great doors, this Continental's cabin is not replete in walnut veneer trim, diamond-stitched leather and the finest milled metalwork, but instead sports a couple of deeply sculpted, high-wing racing bucket seats with Sparco six-point harnesses and a sodding great roll cage. Also, the steering wheel is on the wrong side of the car and there's graffiti plus a competition plaque on the passenger-side dashboard (or what remains of it). Seriously, what the hell is going on here?

Well, it's all because this is the Bentley Continental GT Pikes Peak. And no, not the incredibly limited-edition road-going car, which honoured the marque's record-breaking run up the side of the Coloradan mountain in its centenary year of 2019; it is, in fact, the actual machine that set that very benchmark. The fastest-ever production car to take on the 20km, 156-corner hillclimb course that is famous the world over. The one that mega-brave Kiwi Rhys Millen powered up the 1.4km incline in 10 minutes 18.4 seconds, smashing the previous record posted at the annual 'Race To The Clouds' by a sizeable 8.4 seconds.

And, rather incredibly, Bentley's magnanimous PR team is letting us drive it. Not on some closed gravel track in a quarry. Nor on a race circuit hired specially for the occasion. Nope, we get about 25 minutes in it, on public roads, laced with drizzle, thick with traffic, in the East Midlands of the UK. It seems bonkers to be entrusting such a thing to the mortal and highly fallible likes of us, if we're honest.

It doesn't help that this is a pretty much priceless and irreplaceable one-off with genuine motorsports credentials, but also a 'production car' in the very loosest sense of the phrase. Not only is the cabin stripped back, but you don't fire the Bentley up by simply pressing its Engine Start-Stop button on the centre console; instead, you must prime the heavy-duty fuel pumps first with a large red button on the transmission tunnel. Gulp.

Once the 6.0-litre W12 catches, and before you've so much as rolled forward an inch, the Pikes Peak lets you know you're going to be in for a wild ride. Its mighty motor breathes through an Akrapovič exhaust system and while it would be a wholly unsuitable set of pipes for a standard Continental, in terms of it discreetly fulfilling its grand touring prime directive, on a vehicle like this it makes a terrific, unholy, metallic and serrated din and makes you wonder why you'd ever think a V8 sounds better than this.

Bentley hasn't revealed much more about the Continental GT Pikes Peak's make-up, but it's clearly lighter than a road-going model. And you feel this in the way the 635hp Bentley record-breaker accelerates. Where the regulation Continental GT W12 accumulates speed in a smooth, surging sensation of a lot of mass defying inertia overlaid with a subdued rumbling for the acoustics, the Pikes Peak just barks atavistically like a wounded wild animal and then spears itself rabidly at the middle distance. It is thoroughly intoxicating and feels like there's a good basis for the old Supersports models' formula to be revisited by the manufacturer for the 2020s. The idea of a showroom Continental GT with a good 200kg taken out of it, stripped of its rear seats and given a naughtier exhaust is positively drool-inducing.

Of course, straight-line speed is one thing, but the way the Pikes Peak Continental GT jinks through fast corner combinations and maintains its poise during sizeable compressions is just breath-taking. It feels intense and electrifying enough simply trying to control it on a mildly damp back road, never mind contemplating the idea of smashing it up the side of the Rocky Mountains. To drive it is an immense privilege.

One that becomes vaguely terrifying when all you're trying to do is turn left out of T-junctions into main-road traffic flow. The pronounced wings of the driver's seat and the clamping effect of the harness, plus the left-hand-drive nature of the Bentley, means you cannot see a blind thing to your right. So in this machine, this oh-so-valuable machine, this oh-so-valuable and noisy machine, this oh-so-valuable and noisy and bright-green-and-black machine with motorsport decals, you've just got to take your chances and hope you don't seriously pee off other road users; as they'll easily be able to track you down for a bit of remonstration in the event you do. Thankfully, we managed to hand it back to Bentley in the same one piece it victoriously crossed the line when it competed in the USA last year. Phew.

But also, phew! What an experience to have some time in this special Continental. It's not a proper competition vehicle in one respect, as it was aiming to take the production-car record and so had to meet certain parameters in order to fit into the category accordingly. But something this tumultuous to listen to, this searingly fast on a clear road and this much fun to throw through a few challenging corners is always going to be an unmitigated delight to drive.