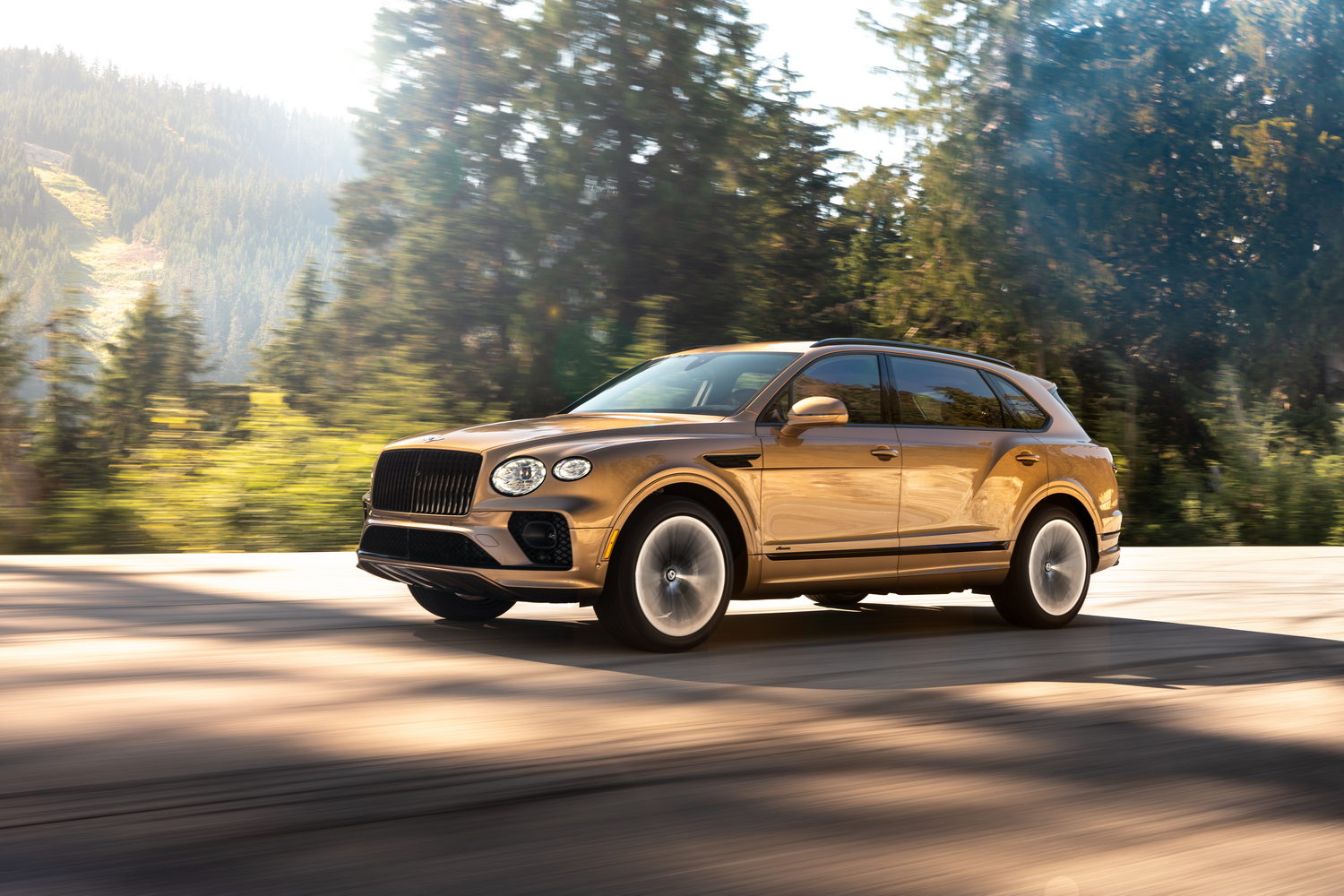 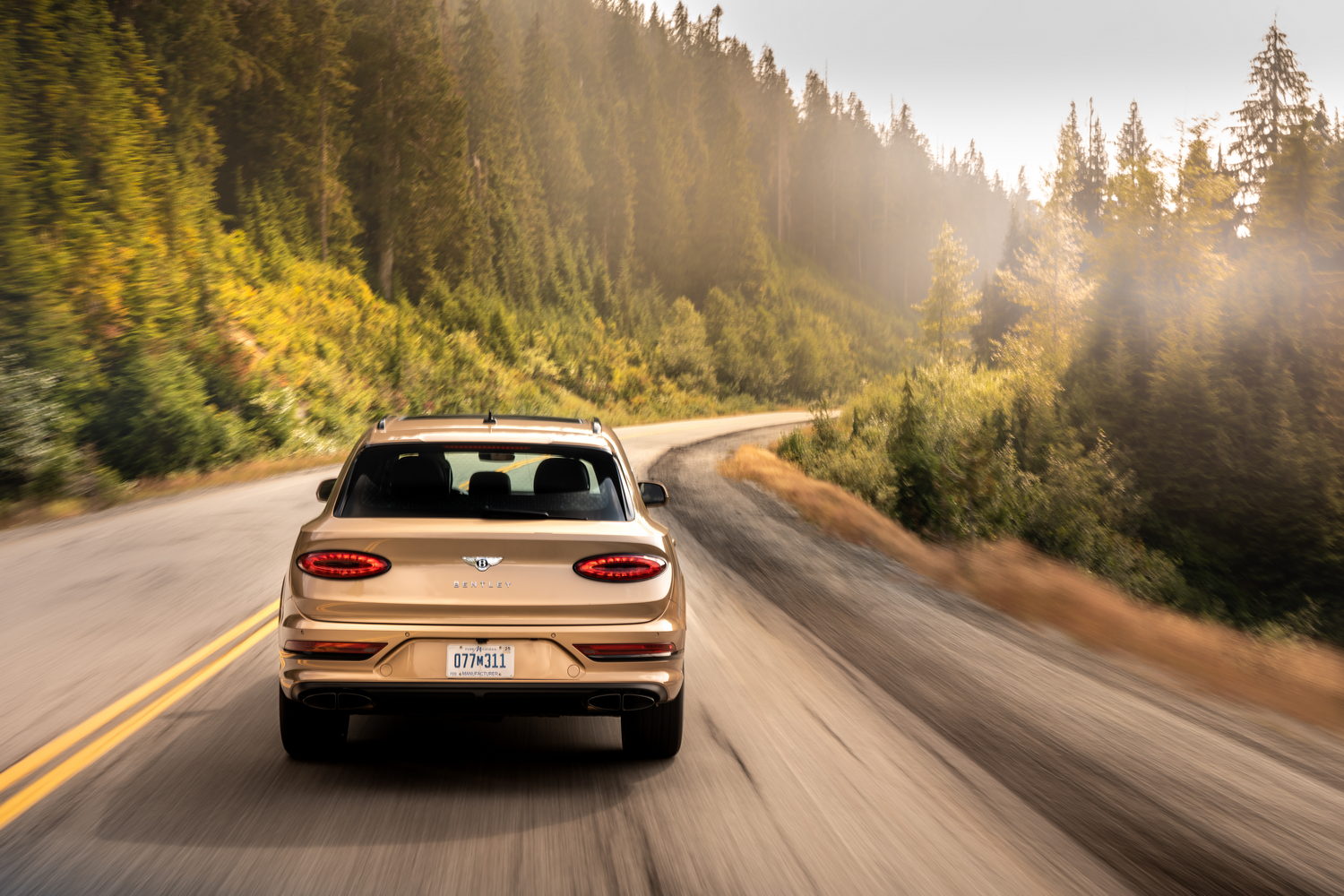 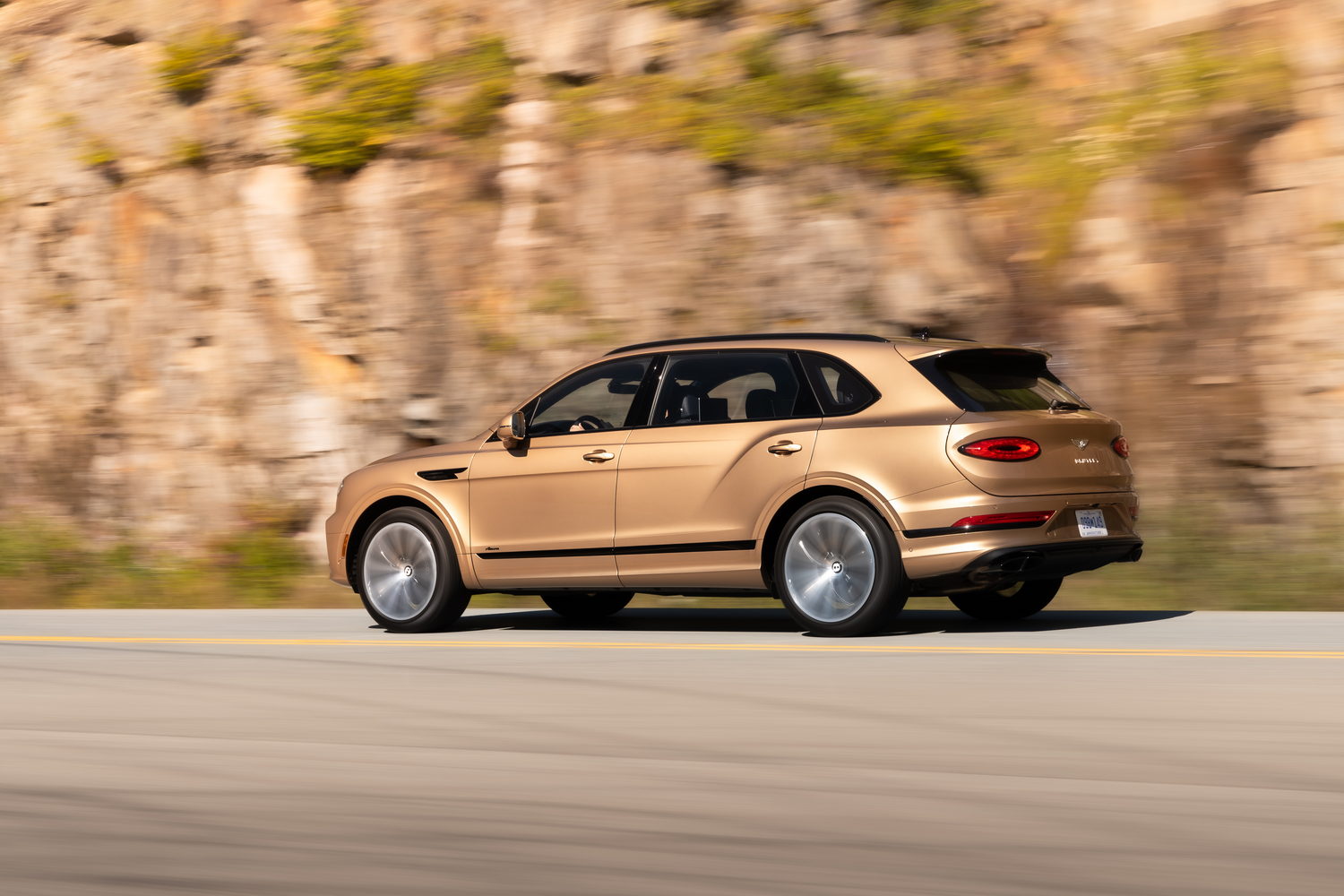 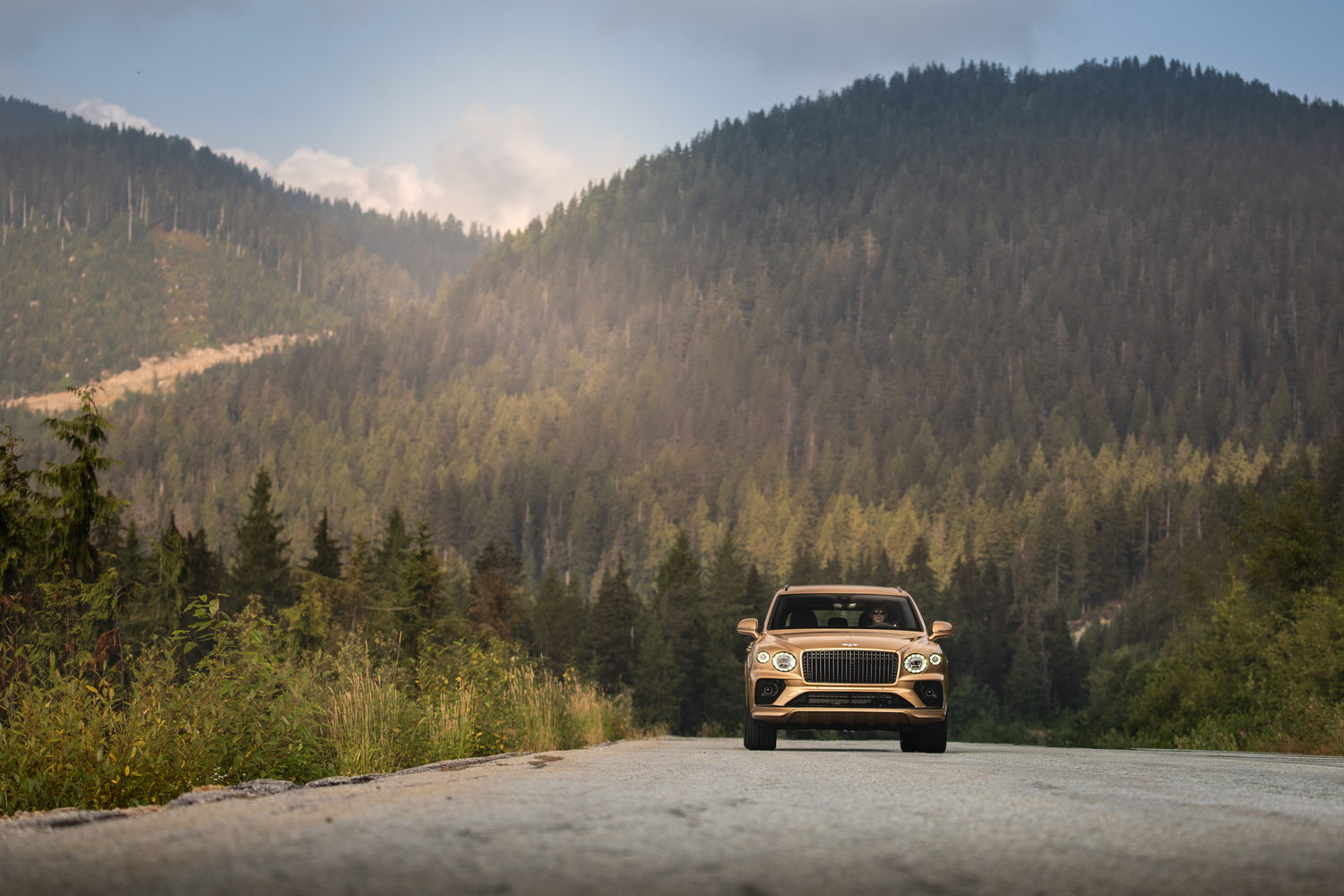 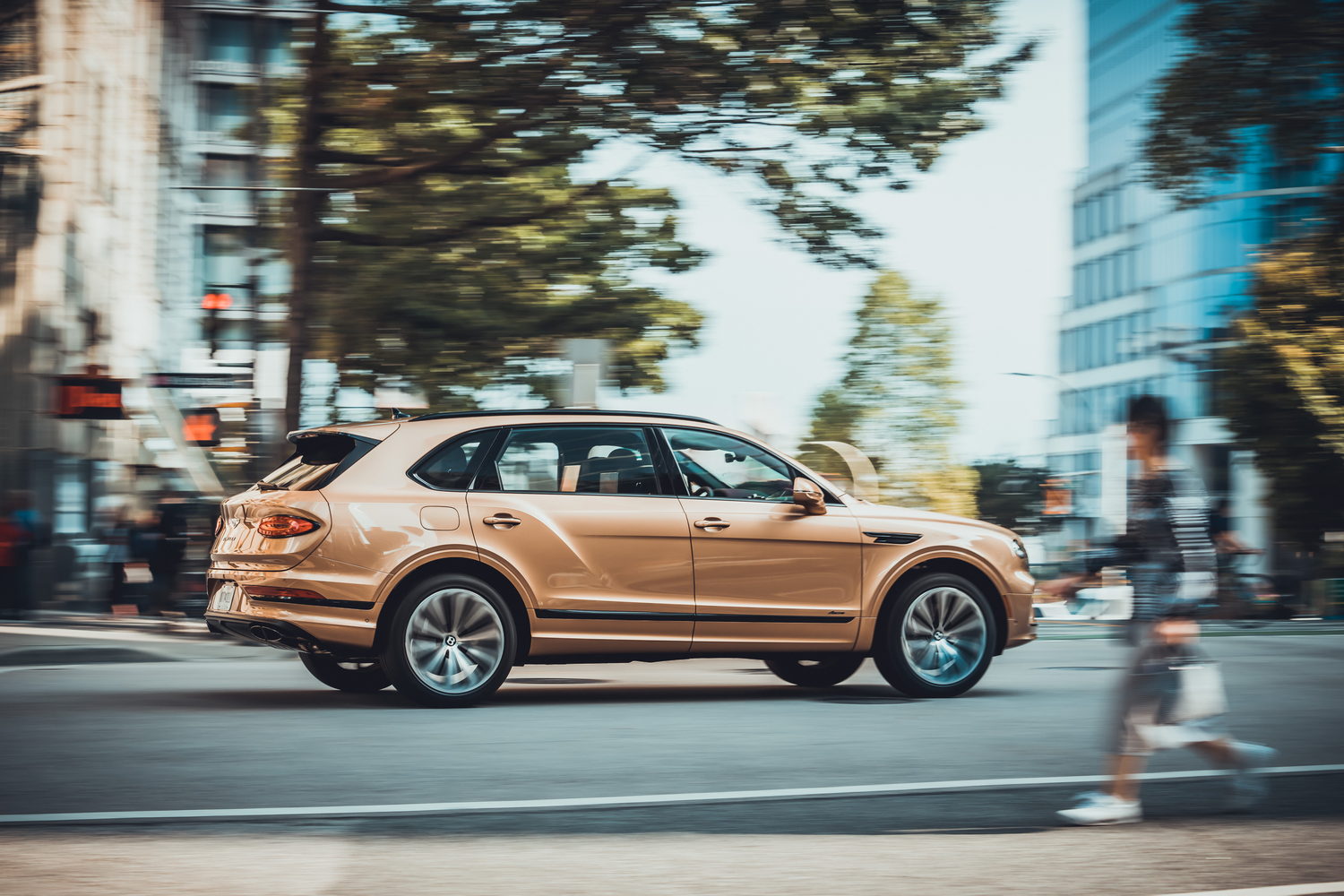 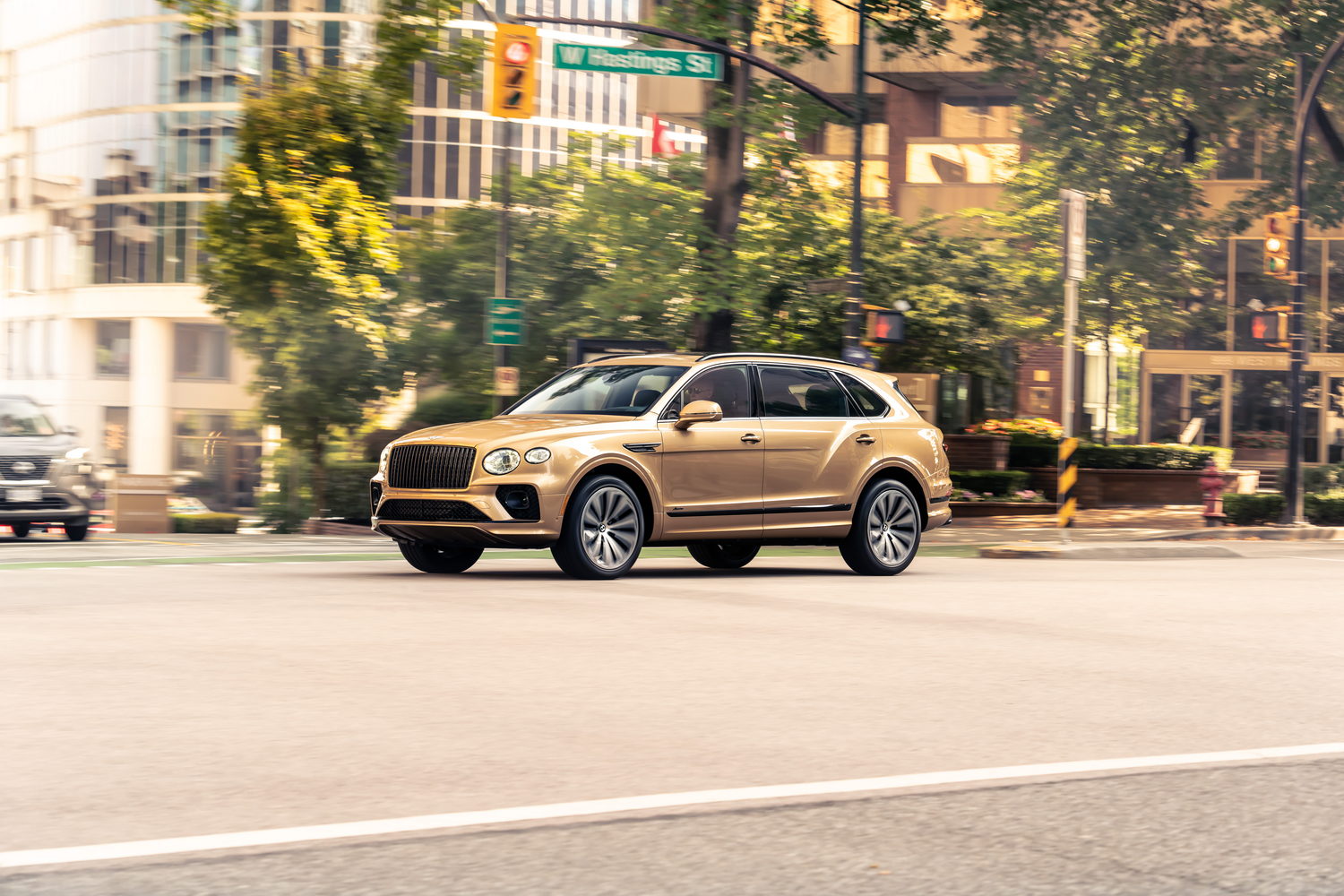 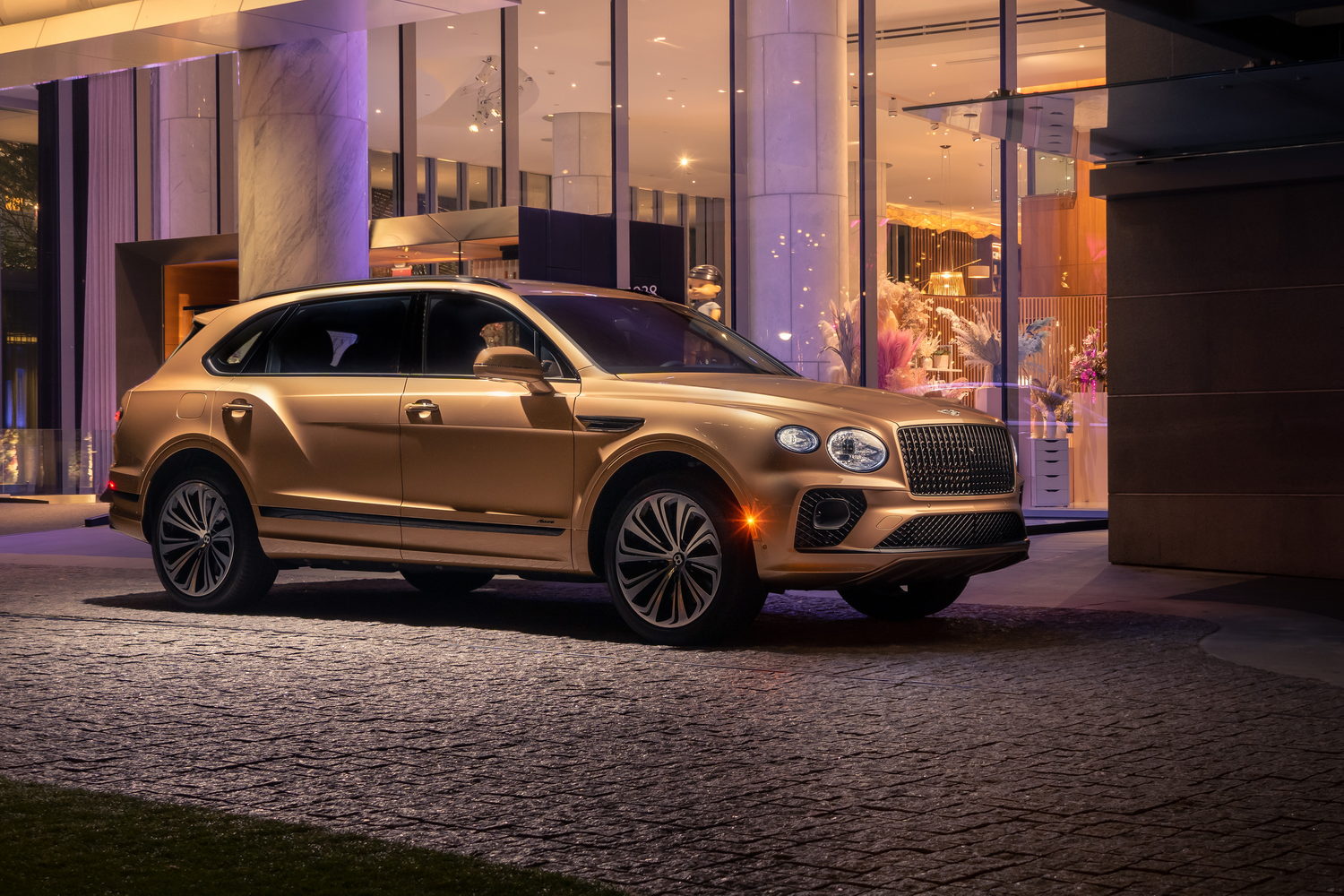 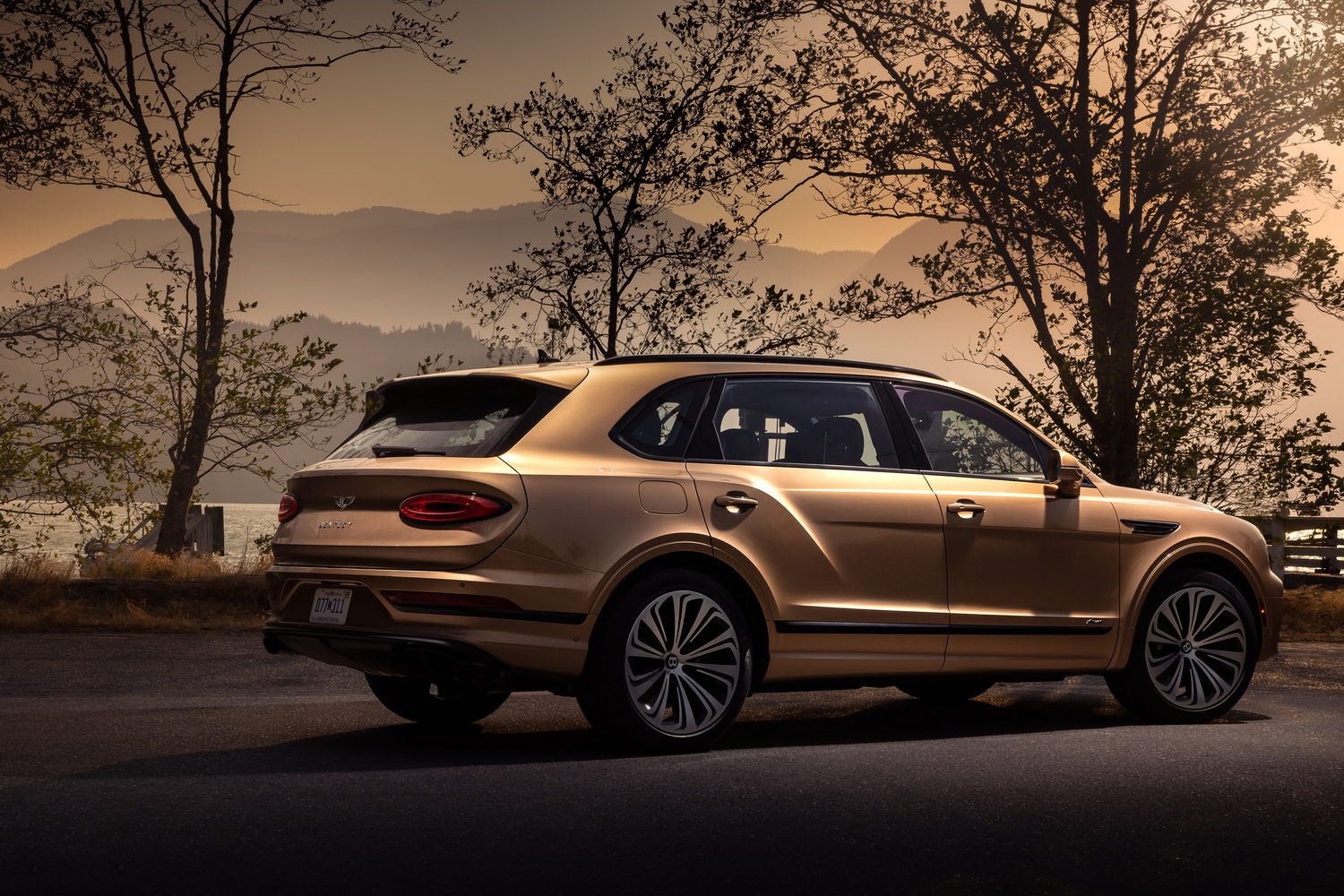 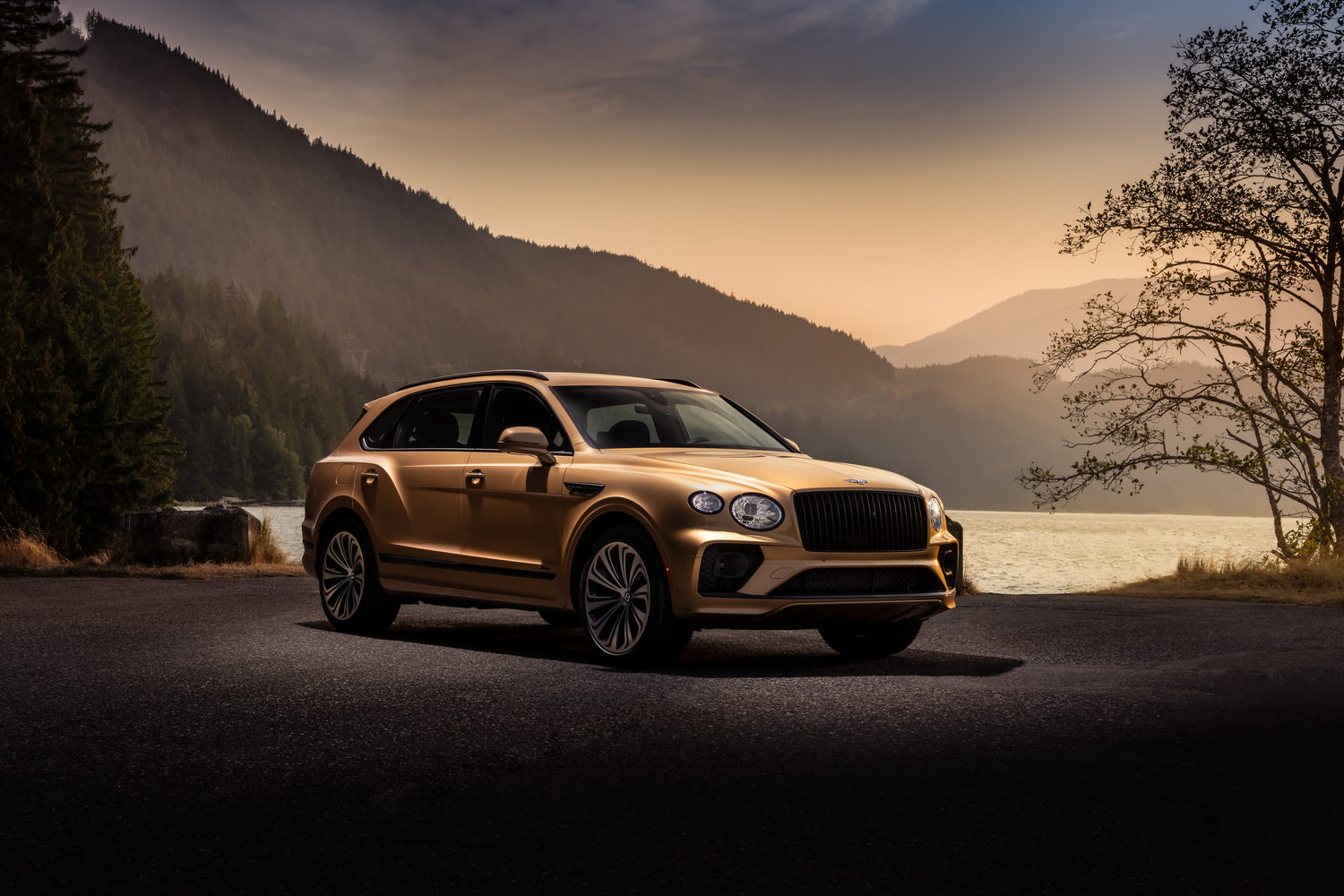 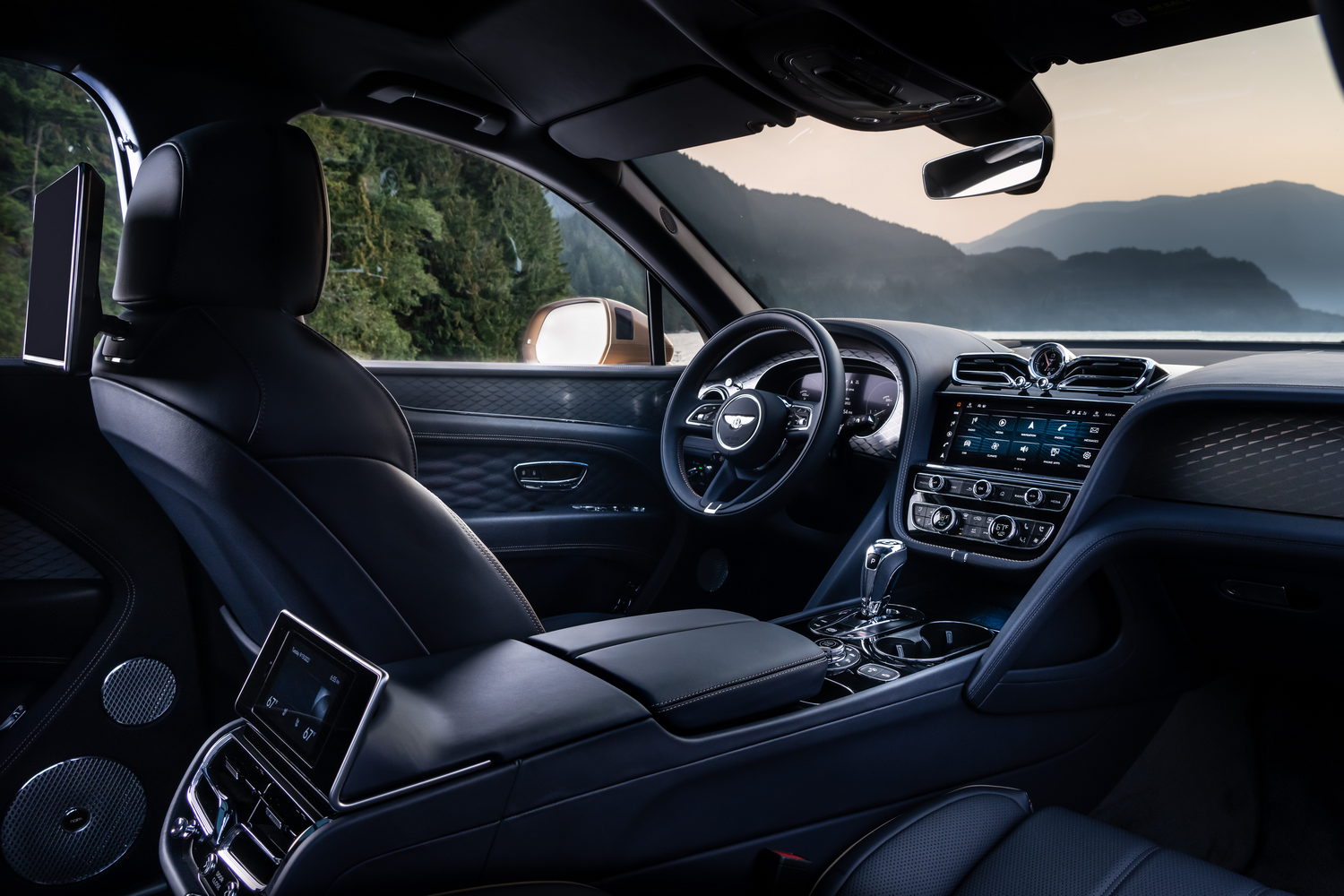 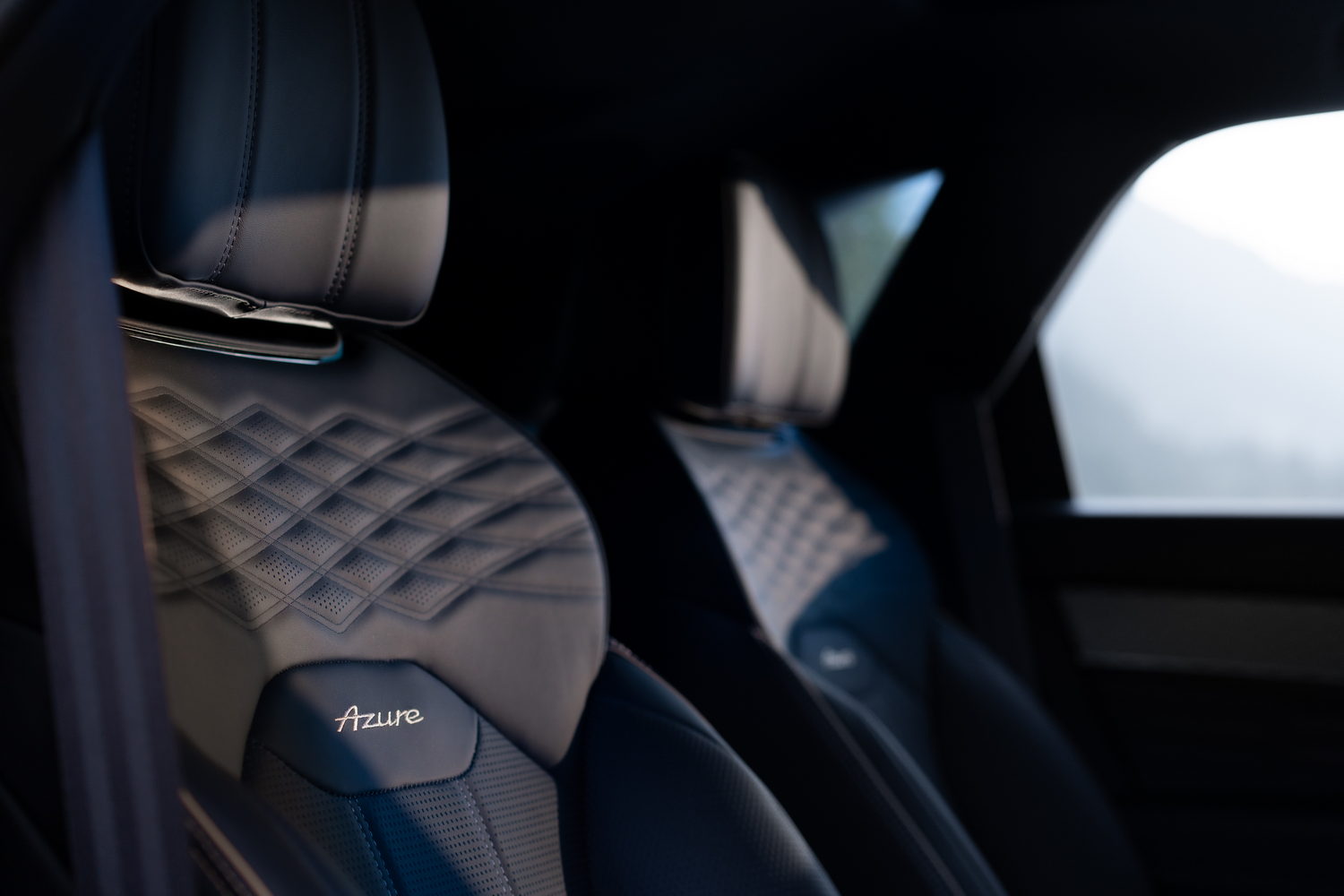 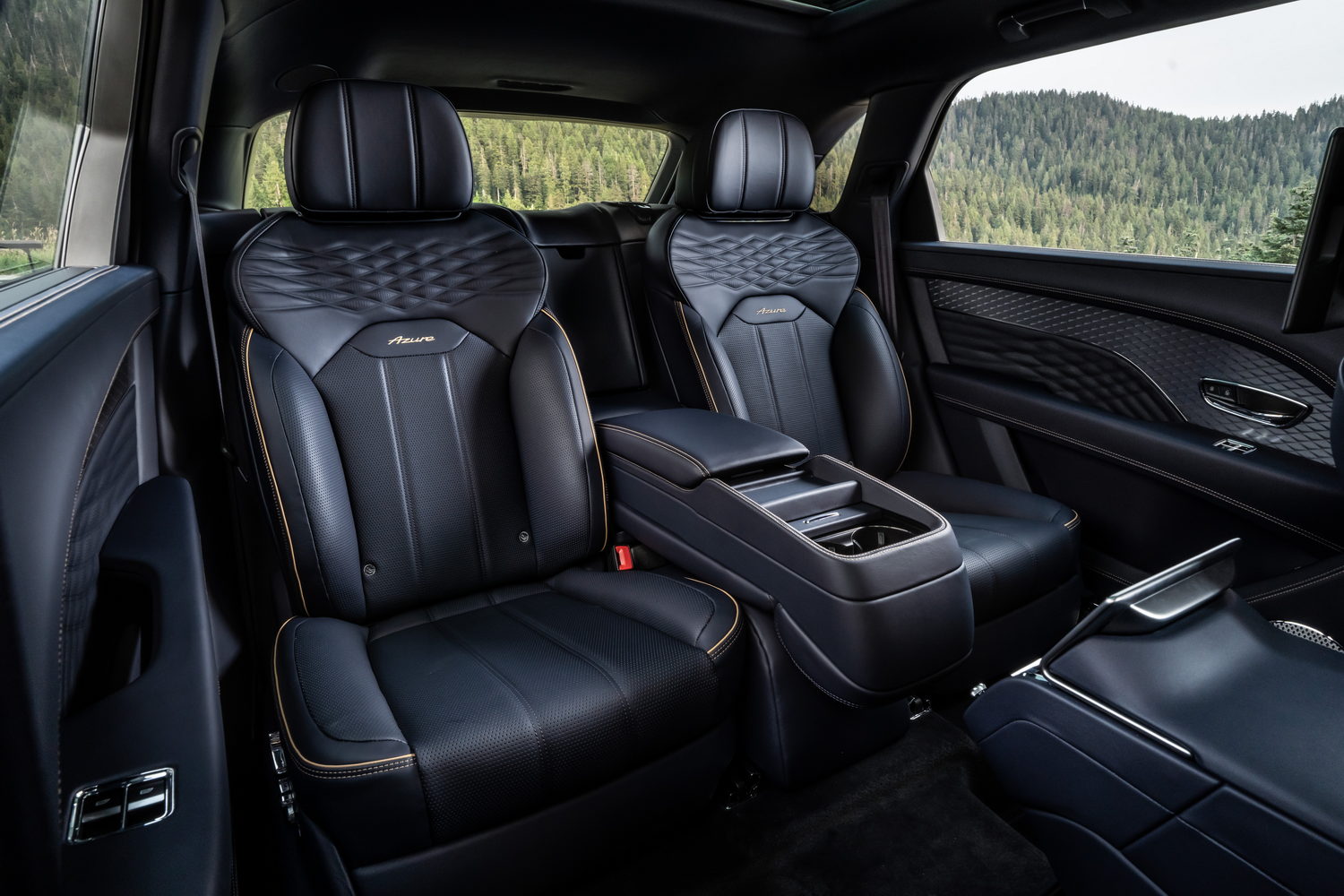 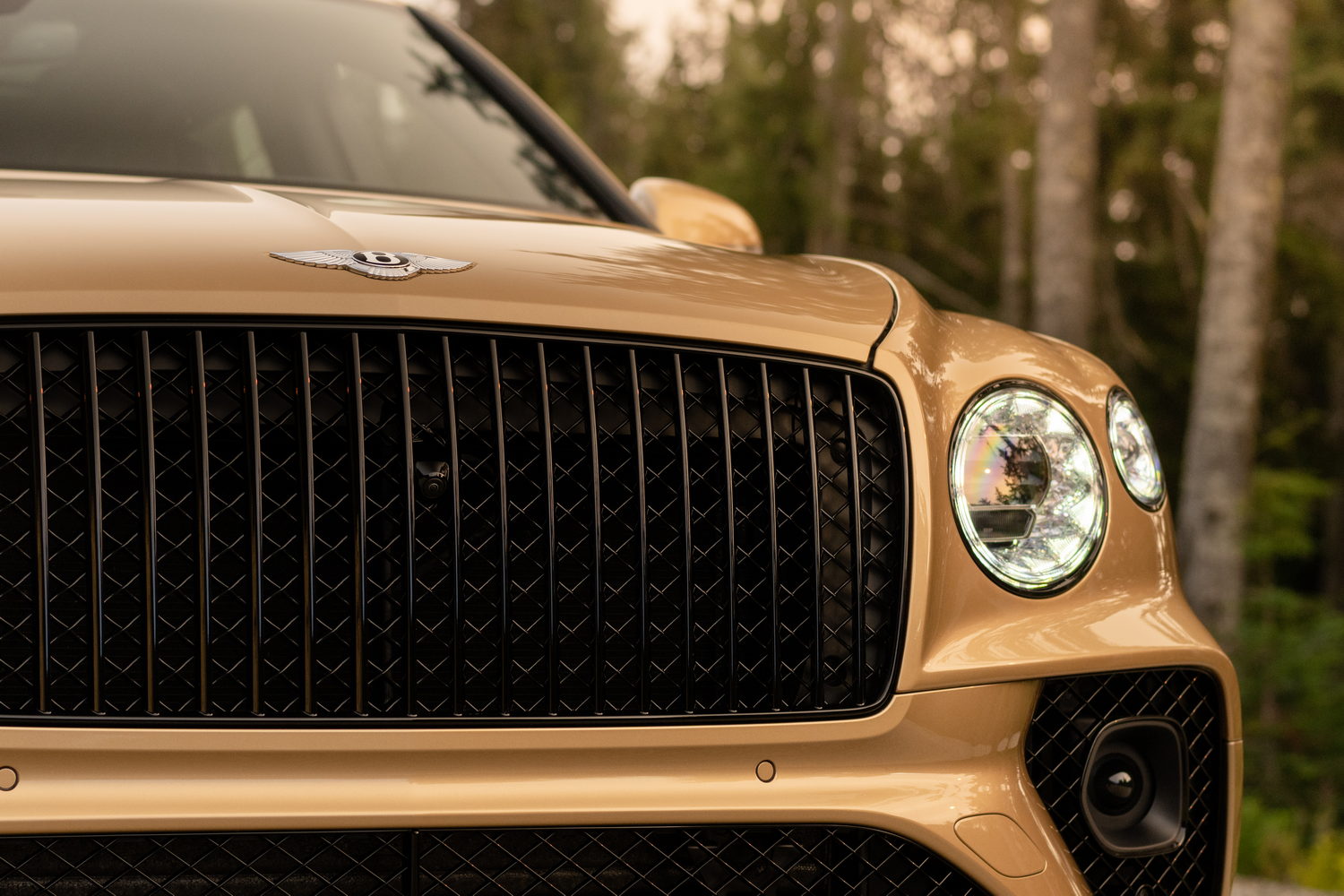 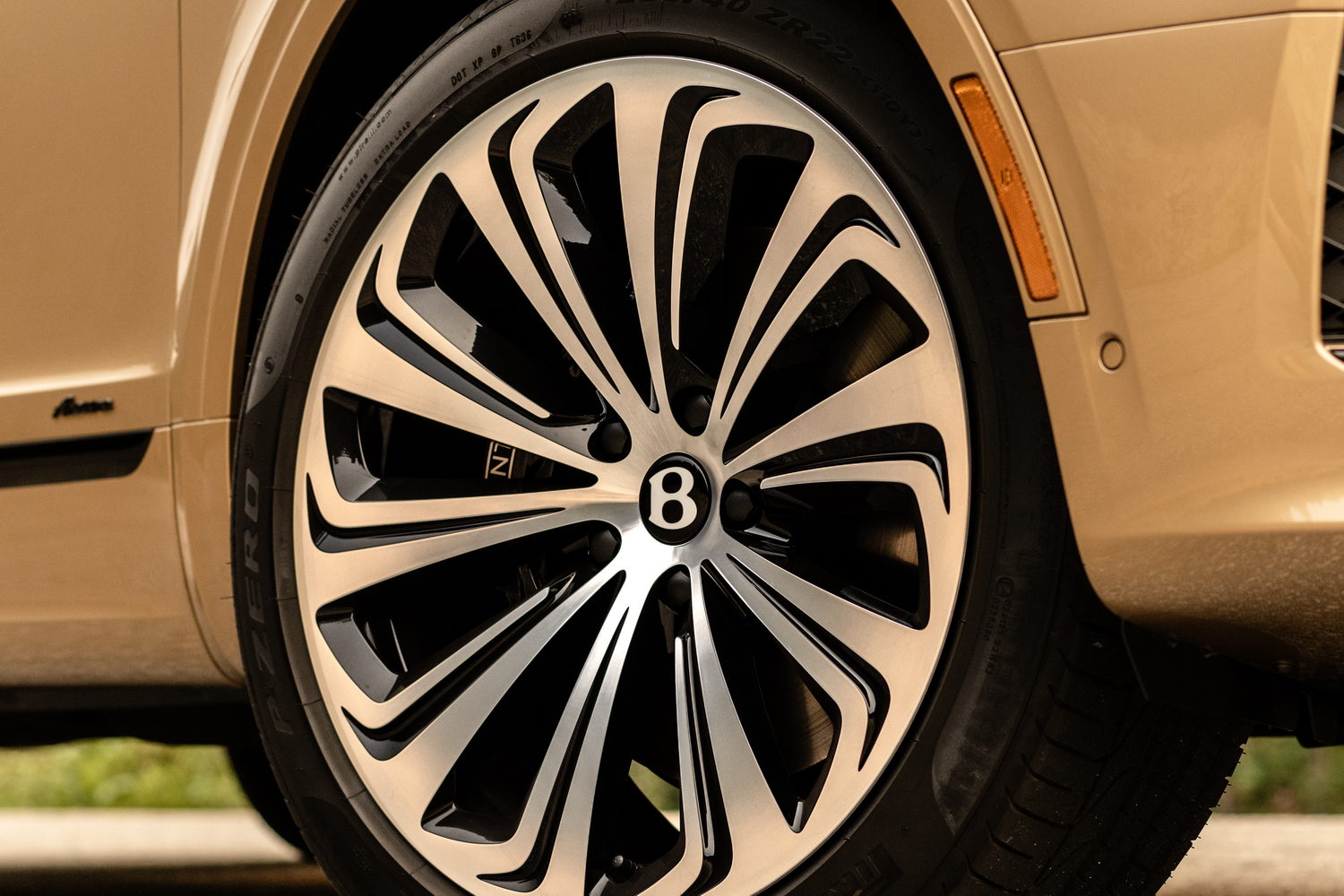 Will extra rear legroom and luxury put the long-wheelbase Bentayga at the top of the luxury SUV pile?

Those familiar with the Bentley Bentayga will know it's a pretty sizeable thing, but even this mammoth SUV is apparently too small for the needs of some buyers. Hence the arrival of this: the Bentley Bentayga Extended Wheelbase (EWB, for short). A 180mm stretch makes this more spacious than the car on which it is based, but is that enough to make the Bentayga EWB the luxury SUV of choice?

As the name suggests, the Bentayga EWB is essentially a stretched version of the existing Bentayga, with an extra 180mm between the axles. That not only means there's more rear legroom, but there's also a much larger rear door, which has been swallowed up surprisingly well by the Bentayga's styling. Perhaps it helps that the standard car is already enormous, but the elongation to 5.3 metres has been incorporated with ease.

That said, the Bentayga's styling has long been a bone of contention. Some love the chunky, imposing looks, while others find it big and brash. The EWB is unlikely to change anyone's opinion either way, but it seems Bentley consumers are fond of it. The standard-wheelbase car is one of the brand's best-selling models, accounting for around four in every 10 Bentleys sold.

This new version is all about the extra cabin space, and that's immediately apparent when you slide into the rear seats. The standard car was hardly cramped, but the EWB has much more space. Rear passengers have acres of room in which to stretch out, both in terms of shoulder-, head- and legroom. And getting in and out is easier thanks to the massive doors, which come with electric operation for more dignified entry and egress.

The seating configuration rather depends on how you specify the car, but customers can choose between four-seat, five-seat and 4+1 layouts, depending on their needs. There's also the Airline Seat specification, which comes with a selection of clever features designed to improve comfort. Not only can the seats recline and massage you, but Bentley has fitted a posture control system that monitors your body position and tweaks the seat at regular intervals to provide the right support. It feels odd when it's at work, but it does make the seats wonderfully comfortable on long trips.

That isn't the only technology on board, either. The Bentayga EWB can be specified with proper rear-seat entertainment screens, and there's a little removable tablet that lives in the back of the centre console and allows you to adjust the seats, the ambient lighting and the sun blinds, as well as the climate control and seat massaging system. The "VIP" front passenger seat can also be moved forward, allowing you to create more legroom in one of the two rear seats.

And of course, all this is going on against the backdrop of Bentley's incredible luxury and artisanship. The Bentayga was already opulent, and the EWB continues in the same vein, enveloping passengers in leather. The quality is, as you'd expect, every bit as good as the materials, and the Bentayga's cabin feels considerably more substantial than that of a Range Rover.

But for those in the front, the view out is much as it is in the standard car, with the same dashboard and equipment on offer. The optional head-up display is worth specifying, helping to present information more clearly, and the touchscreen infotainment system works well, but there isn't much ground-breaking technology up there. It's still a lovely place to spend time, though.

Like the standard-wheelbase Bentayga, the EWB comes with Bentley's 4.0-litre twin-turbocharged V8 petrol engine, which churns out 550hp. And as with the standard car, that goes to all four of the Bentayga's wheels via an eight-speed automatic gearbox. But the extra length and luxury of the EWB makes it around 100kg heavier than the conventional Bentayga, and that has a small impact on straight-line performance. The 0-62mph time of 4.6 seconds makes it a tenth slower than the standard Bentayga, while the 180mph top speed is identical.

But that's not what impresses most about the EWB. Despite the extra weight, the long-wheelbase car is just as good to drive as its shorter sibling, thanks largely to the four-wheel steering system. That's designed to make the car more agile and more stable, but it also makes the EWB a little more manoeuvrable in town. In fact, the turning circle is smaller than that of the conventional Bentayga.

On more challenging, winding roads, the four-wheel steering allows the Bentayga to corner and handle at surprisingly high speeds. In sport mode, the body lean is impressively well contained, the grip is tenacious and the steering feels precise. The car doesn't exactly shrink around the driver, but it feels much lighter on its feet than you might expect.

It sounds good, too, with the V8 emitting a fierce snarl when you put your foot down. Yet when you settle into a cruise, the engine goes quiet, creating barely a whisper as you waft along the motorway. We probably shouldn't be surprised to find plenty of refinement on offer, but the EWB is an incredibly quiet mode of transport.

That said, it isn't quite as comfortable as we were hoping. Perhaps it would be better on smaller wheels, but our test car came with the smallest alloys available - 21-inch ten-spoke rims - and it still managed to pick out the occasional lump and bump in the road. We'd never call it uncomfortable, but it's not as smooth as, say, a Range Rover or a Rolls-Royce Cullinan, even in the slightly slack comfort mode.

Playing with the driving modes further brings you to the all-terrain settings, which feel slightly incongruous in what could almost pass as a limousine. Yet the Bentayga acquits itself well, clambering over rocks and wading through streams with ease. It's certainly more competent than customers will ever ask it to be, but it probably doesn't have the outright ability of an equivalent Range Rover.

As ever, Irish buyers interested in a new Bentley have to take the trip to Belfast to Charles Hurst, though pricing has yet to be announced. In fact, the company hasn't even confirmed the official fuel economy and emissions figures. However, we expect the Bentayga EWB to cost significantly more than the equivalent standard-wheelbase car with the V8 engine.

Despite the extra length, space and bulk, the Bentayga EWB is every bit as good to drive as its 'standard-wheelbase' sibling, and that's quite an achievement. But what really impresses is the way in which Bentley has managed to make the Bentayga even more versatile, adding some extra limousine credentials without sacrificing any other attributes. Admittedly, the EWB may cost significantly more than the standard car, but most buyers won't care too much about that. And anyway, it's a small price to pay if you want to drive the best in the business. 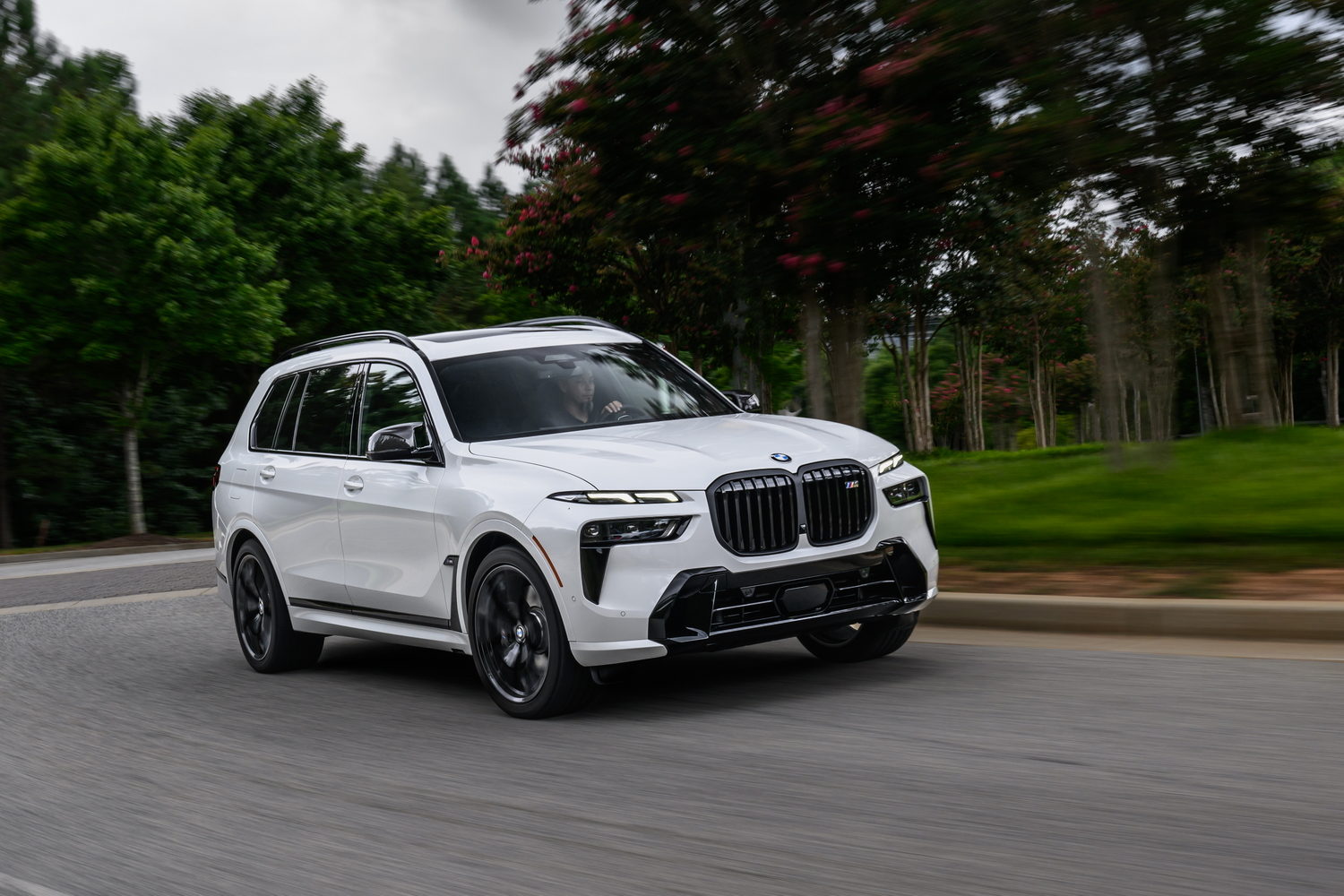 BMW X7 M60i (2023) review
BMW X7 vs. Bentley Bentayga EWB (2023): the BMW badge may not be as desirable as that of a Range Rover or a Rolls, but it's hardly bargain basement. The X7 is a talented luxury car that represents much better value than its rivals, but it doesn't quite have the splendour of the Bentayga. 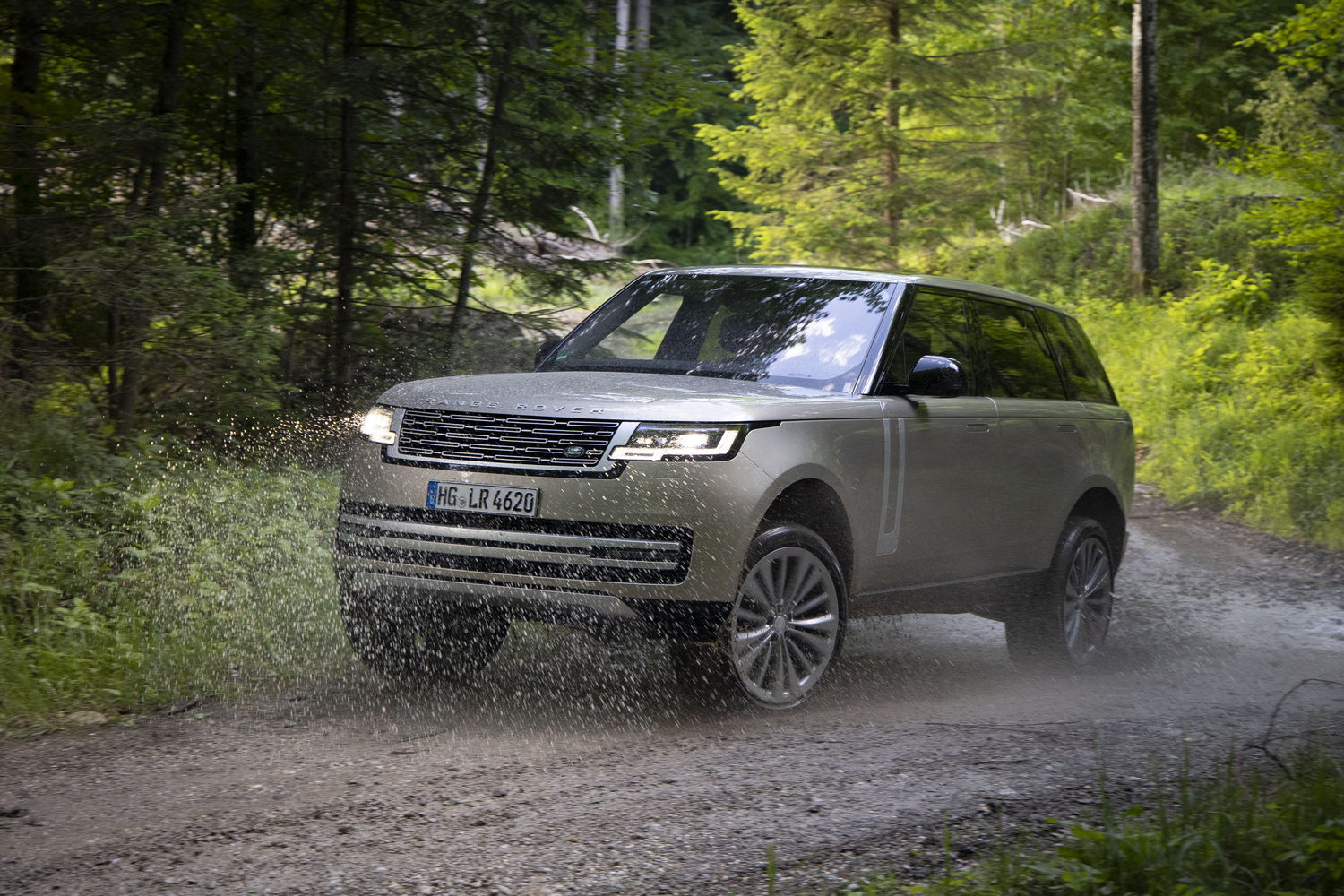 Range Rover P530 (2022) review
Range Rover vs. Bentley Bentayga EWB (2023): the Range Rover has become the go-to luxury SUV for good reason: it's incredibly good. But for all its power, dynamic capability and serenity, even the most potent Range Rovers can't quite match the quality and handling of the Bentley. 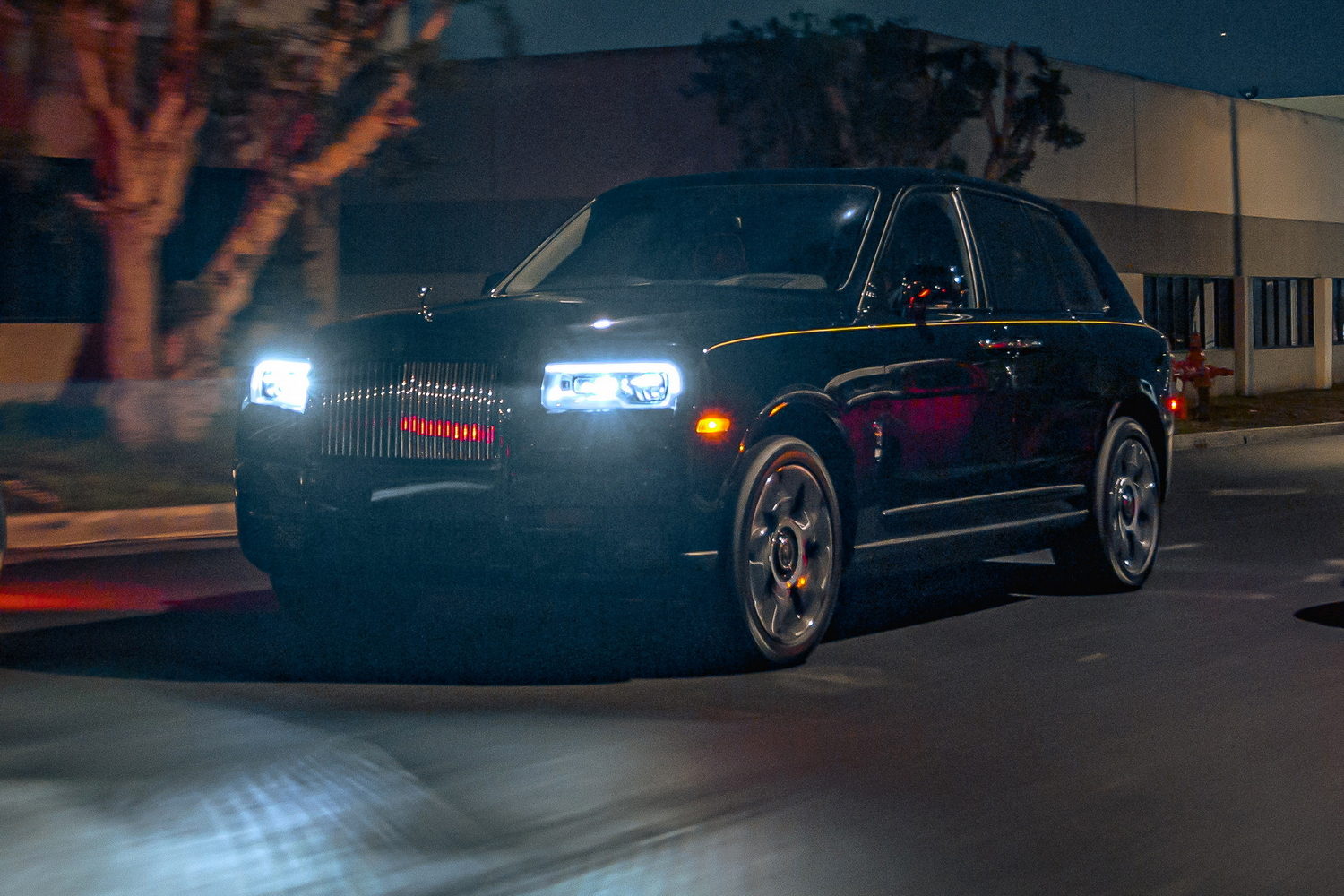 Rolls-Royce Cullinan Black Badge (2022) review
Rolls-Royce Cullinan vs. Bentley Bentayga EWB (2023): the imperious Cullinan may be among the most expensive and most opulent SUVs on the market, but it has talent too. Soft and comfortable, it's a great car to be driven in, but the Bentley is better to drive.l